Carly and Max Shaughnessy were planning on barbecue and fireworks with their three daughters over the Fourth of July holiday in 2019. They weren’t planning on a weekend that would end with their youngest daughter in the hospital, fighting for her life. 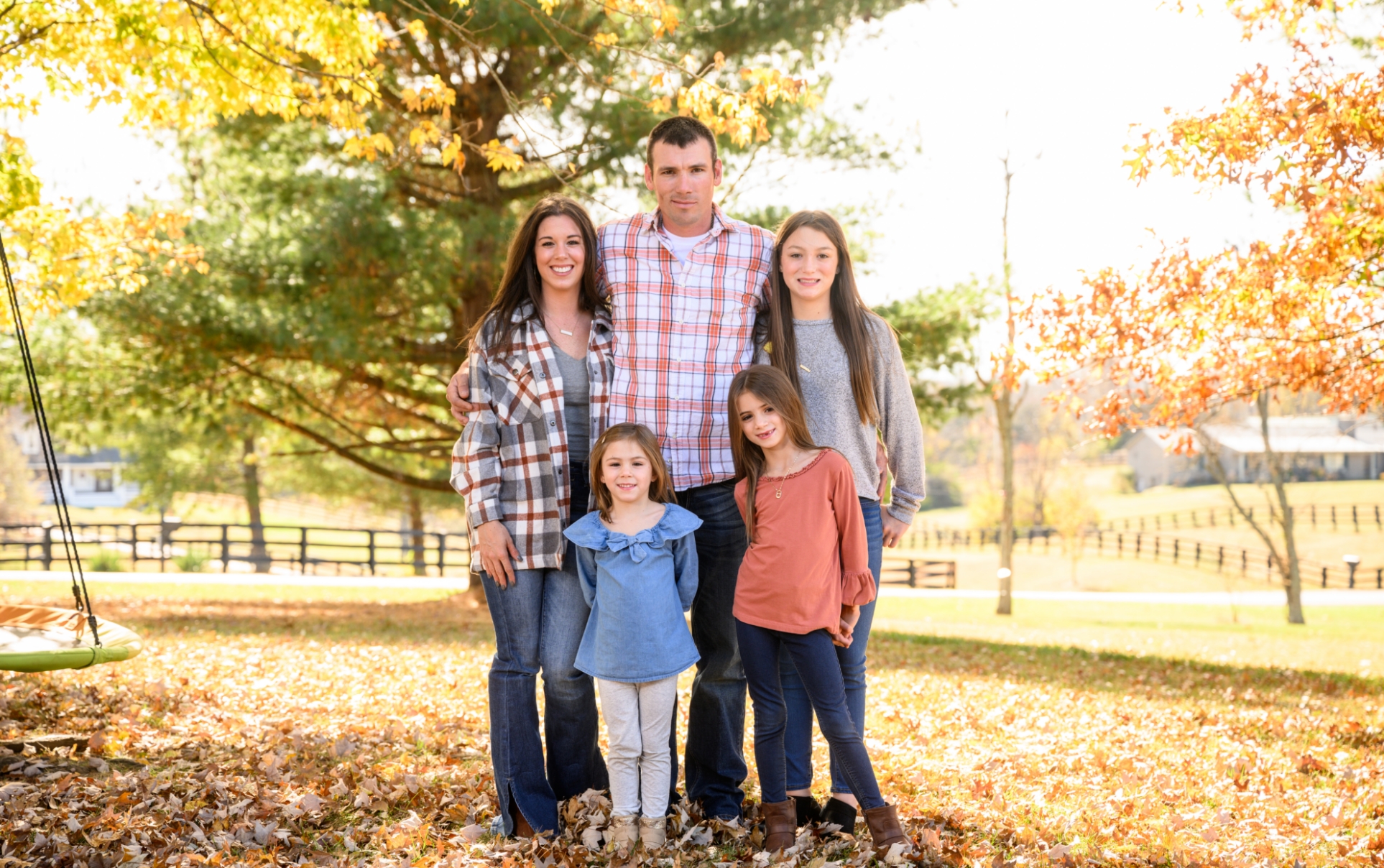 “We’re a close family,” said Carly. “We had never been apart.”

18-month-old Kailey was chatty, active, and excited to be on a road trip with her big sisters. During the drive to Maysville, Kailey threw up in the car—but everyone chalked it up to car sickness or a touch of a virus. 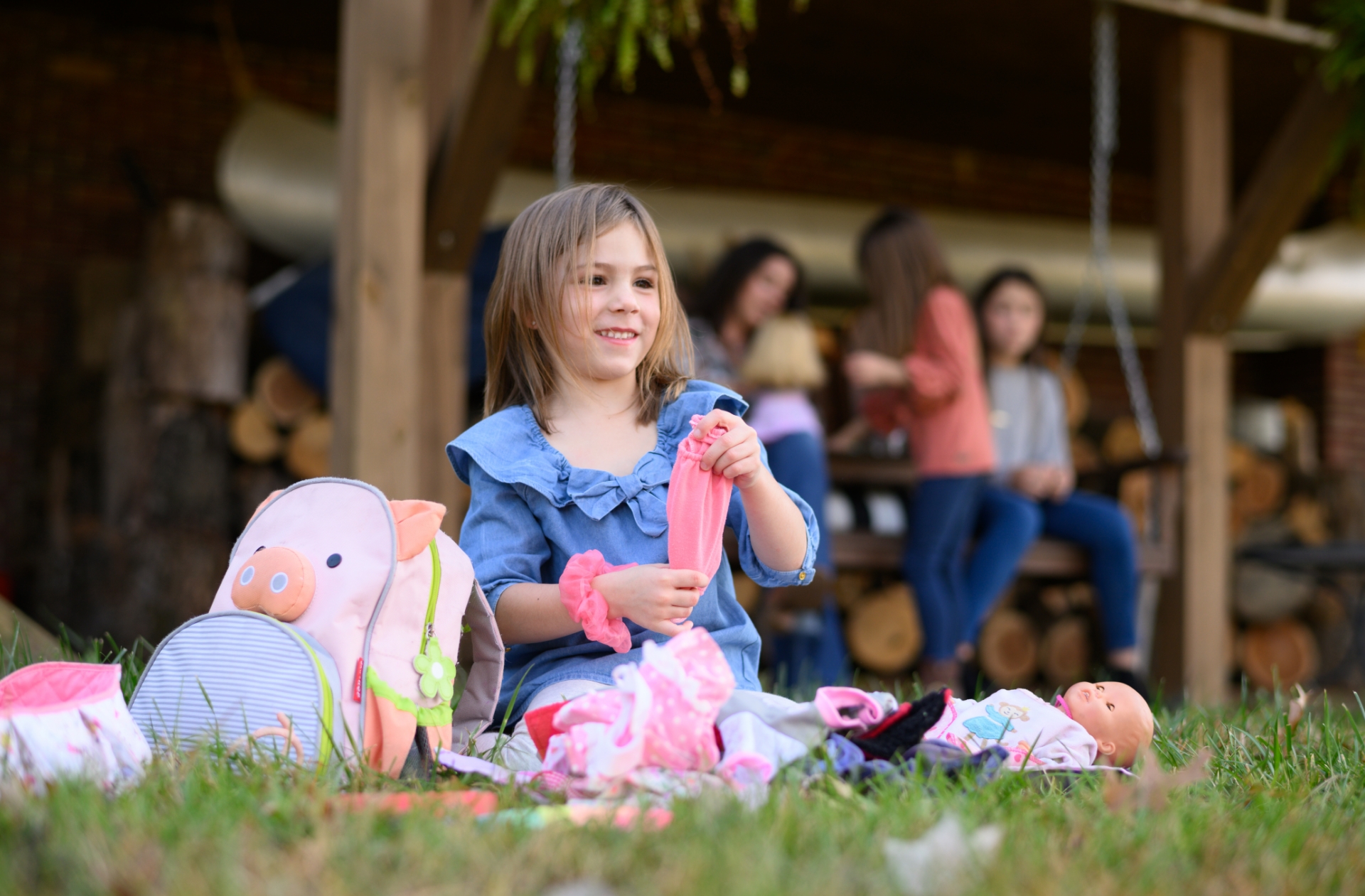 “When you have three kids, it’s like, ‘Oh, this will pass in 24 hours,’” said Carly. “But a few days later, Kailey was having diarrhea and still getting sick here and there.”

Still, the Shaughnessys weren’t too concerned—Kailey would have spurts where she acted completely fine. But all of that changed Sunday morning. 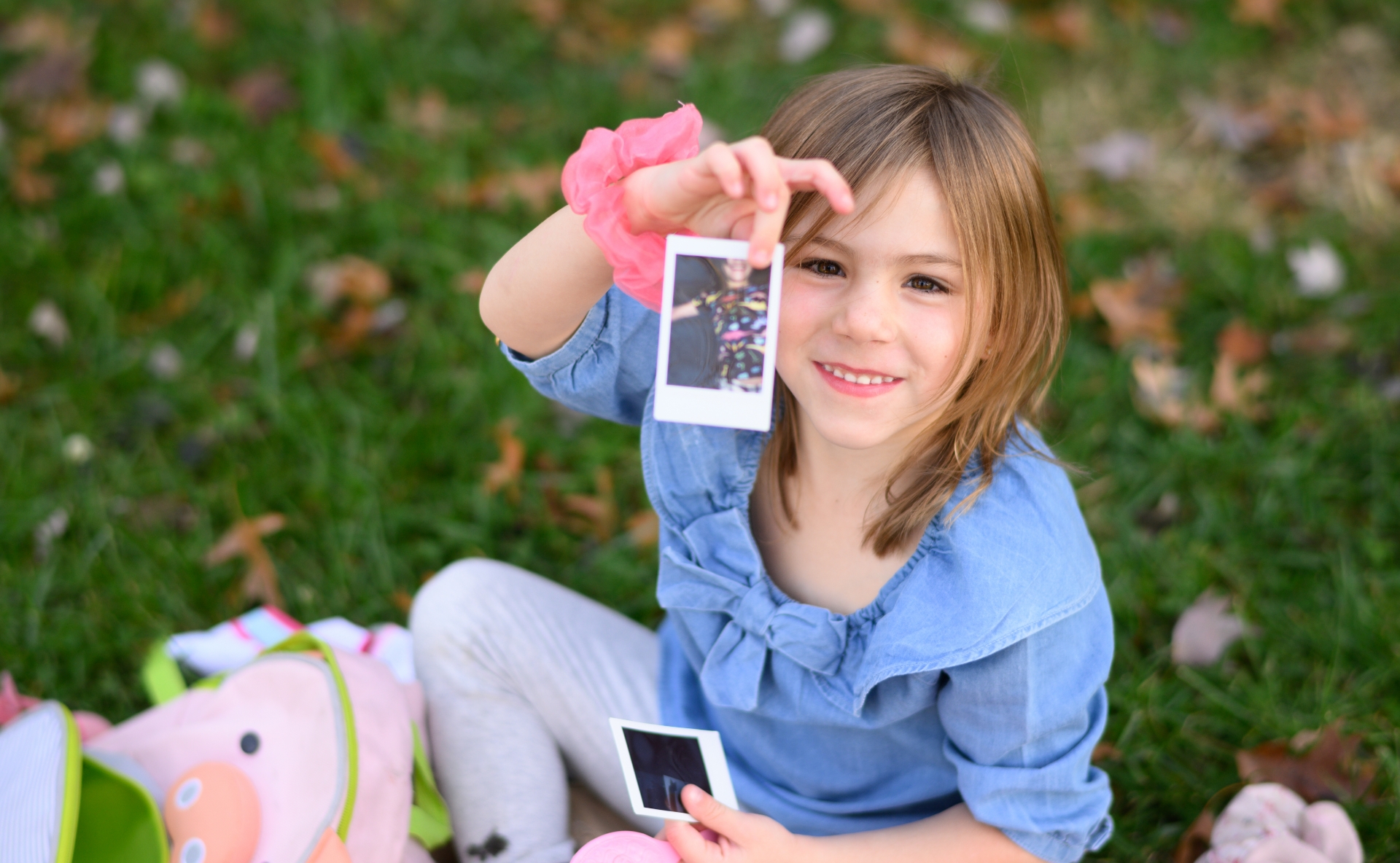 Kailey loves pictures—at one point her hospital room walls were filled with them.

“We went out to eat and she just laid on me like a limp noodle,” said Carly. “She had no desire to do anything but just be held and lay there.”

Alarm bells started ringing for Carly and Max. They took Kailey to a local ER, where they were assured she was okay but dehydrated. But shortly after, the Shaughnessys learned that Kailey was being transferred to the Makenna David Pediatric Emergency Center at Kentucky Children’s Hospital as a precautionary measure. That’s where they learned Kailey was much more than dehydrated: her kidneys had stopped functioning. 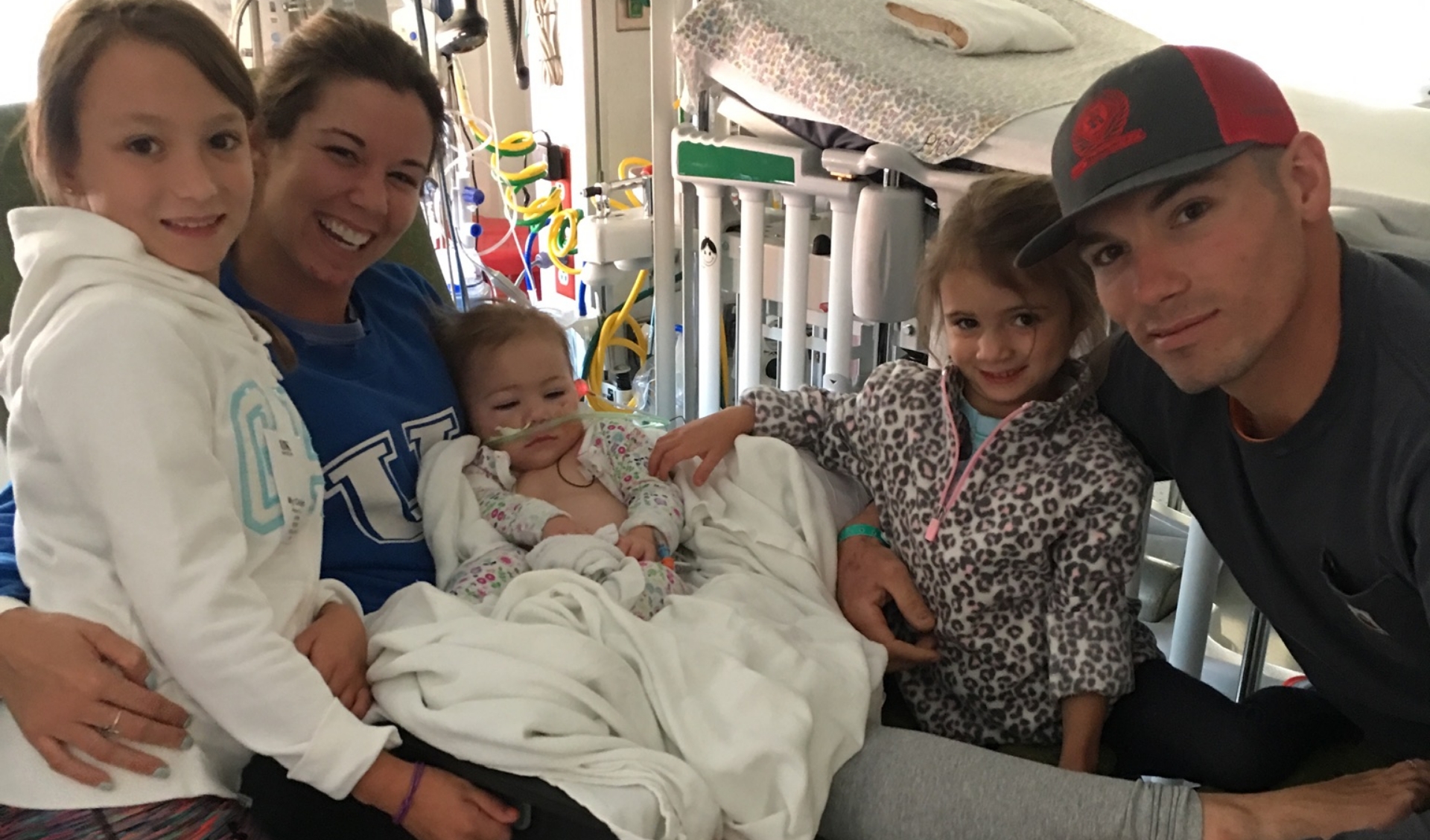 “They were scared for their sister,” said Carly. “That was hard on them.” 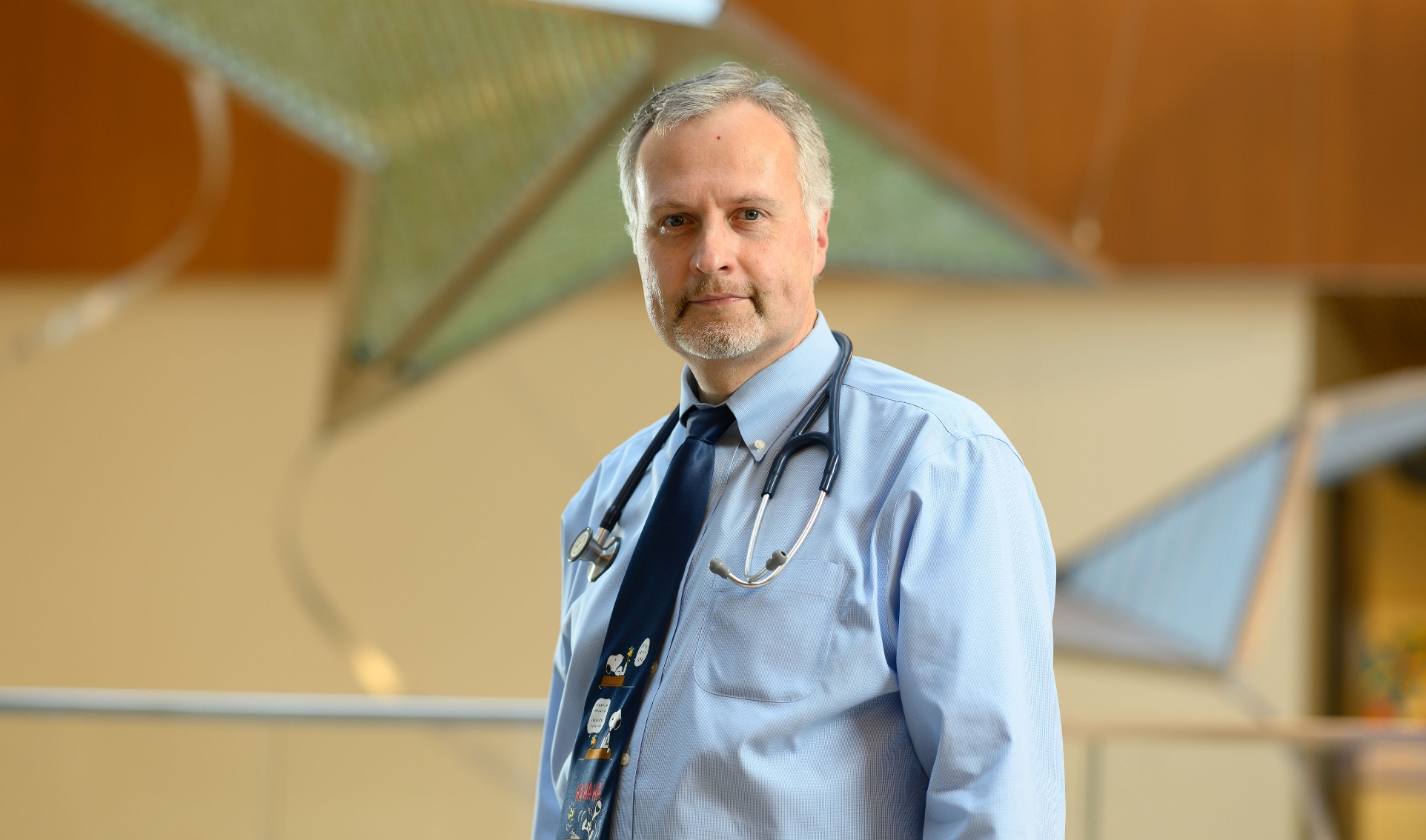 “This disease is extremely demanding and challenging,” said Dr. Kiessling.

“We had the suspicion that Kailey would get very sick,” said Dr. Kiessling. “It’s tough for families to understand because they had a previously healthy child with a little bit of diarrhea and belly pain—and all of a sudden, the child gets really sick and lifeless and is brought to the hospital to receive the diagnosis of this often-devastating disease.” 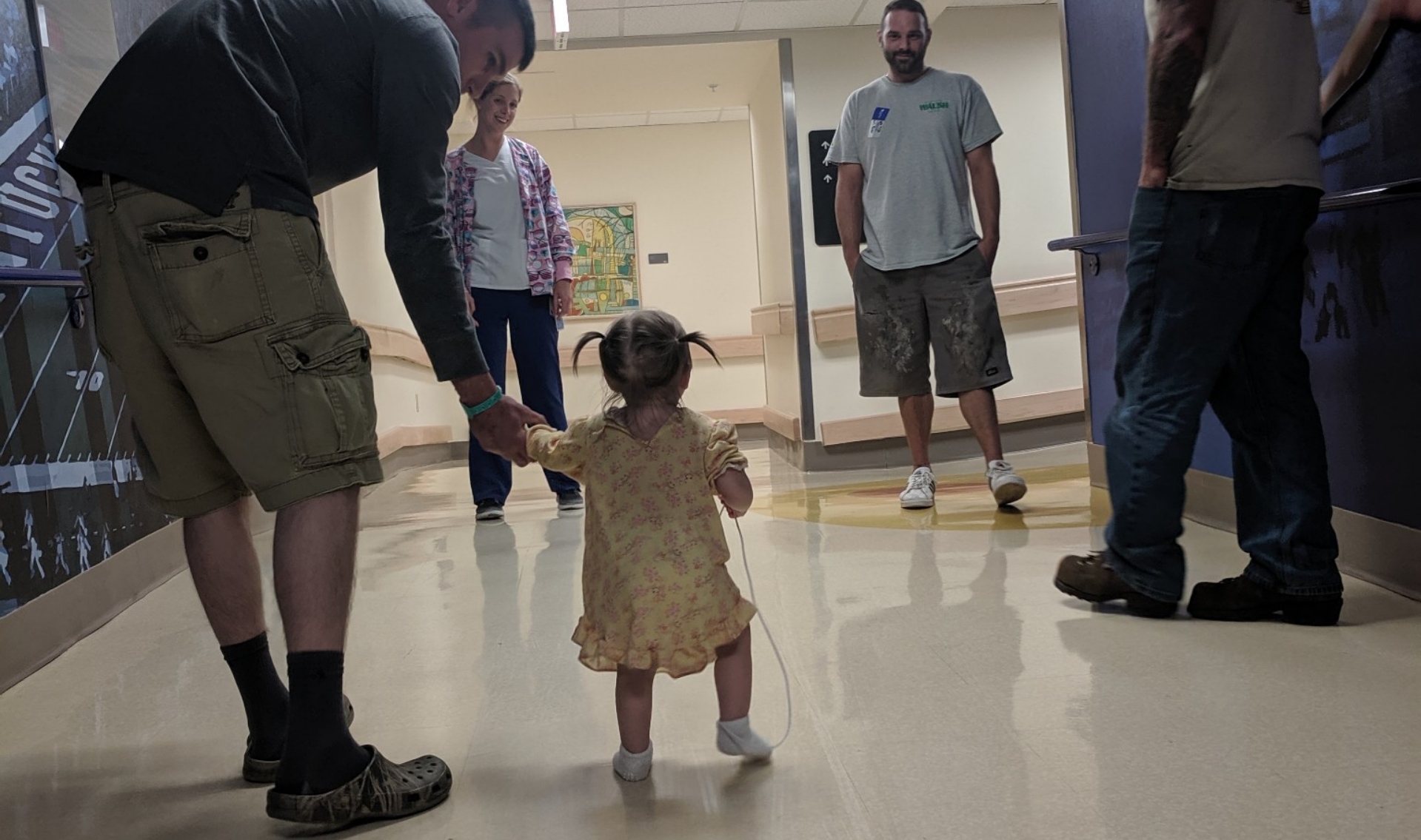 “[The PICU] was where we wanted to be,” said Carly. “It was an outpouring of love and trust.”

“We went from Kailey’s kidneys not working to multiple rounds of dialysis, and then the HUS started attacking,” said Max. “It started building on her lungs and she started having seizures. After two weeks, her lungs failed and she ended up on ECMO.”

ECMO (extracorporeal membrane oxygenation) is a heart-lung machine that supports the body while the heart and lungs aren’t working well. It’s a drastic, labor-intensive process—but when administered with the right medical expertise, it can save lives. 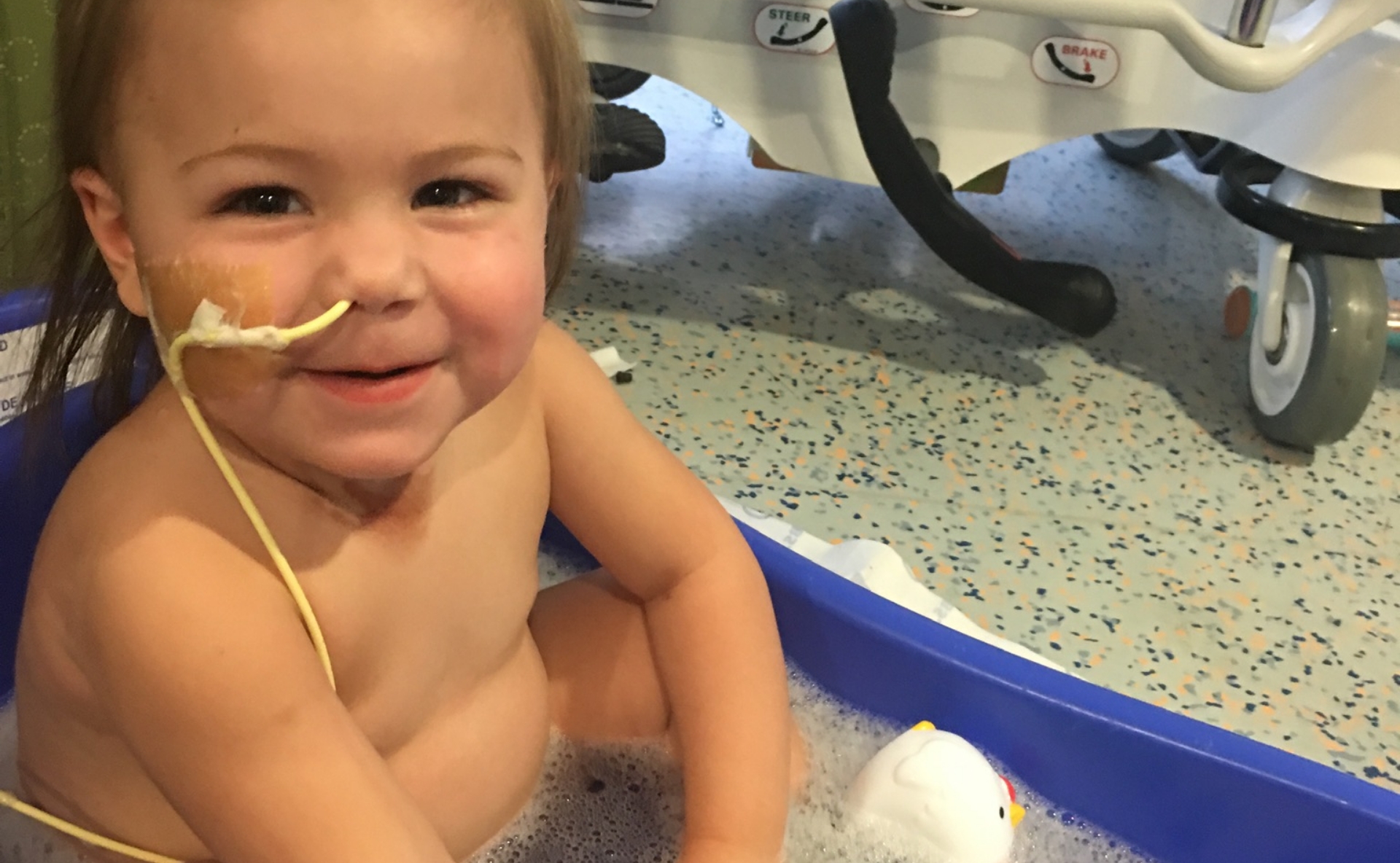 Dr. Asha Shenoi checked on Kailey in the PICU one night and felt uneasy about the little girl’s deteriorating condition. She ended up staying the night in an empty room next to Kailey’s so she could leap into action when the monitor alarms started blaring.

The Shaughnessys were called back to the hospital, and were shocked to see the entire PICU team working to keep their little girl alive.

“Dr. Shenoi was very calm, very put together in that moment,” said Carly. “She had the foresight to say ‘Kiss your baby’—they don’t teach you that, it comes from the heart. And we know it could have been the end, it should have been the very last time that my daughter was alive, but God saw otherwise.” 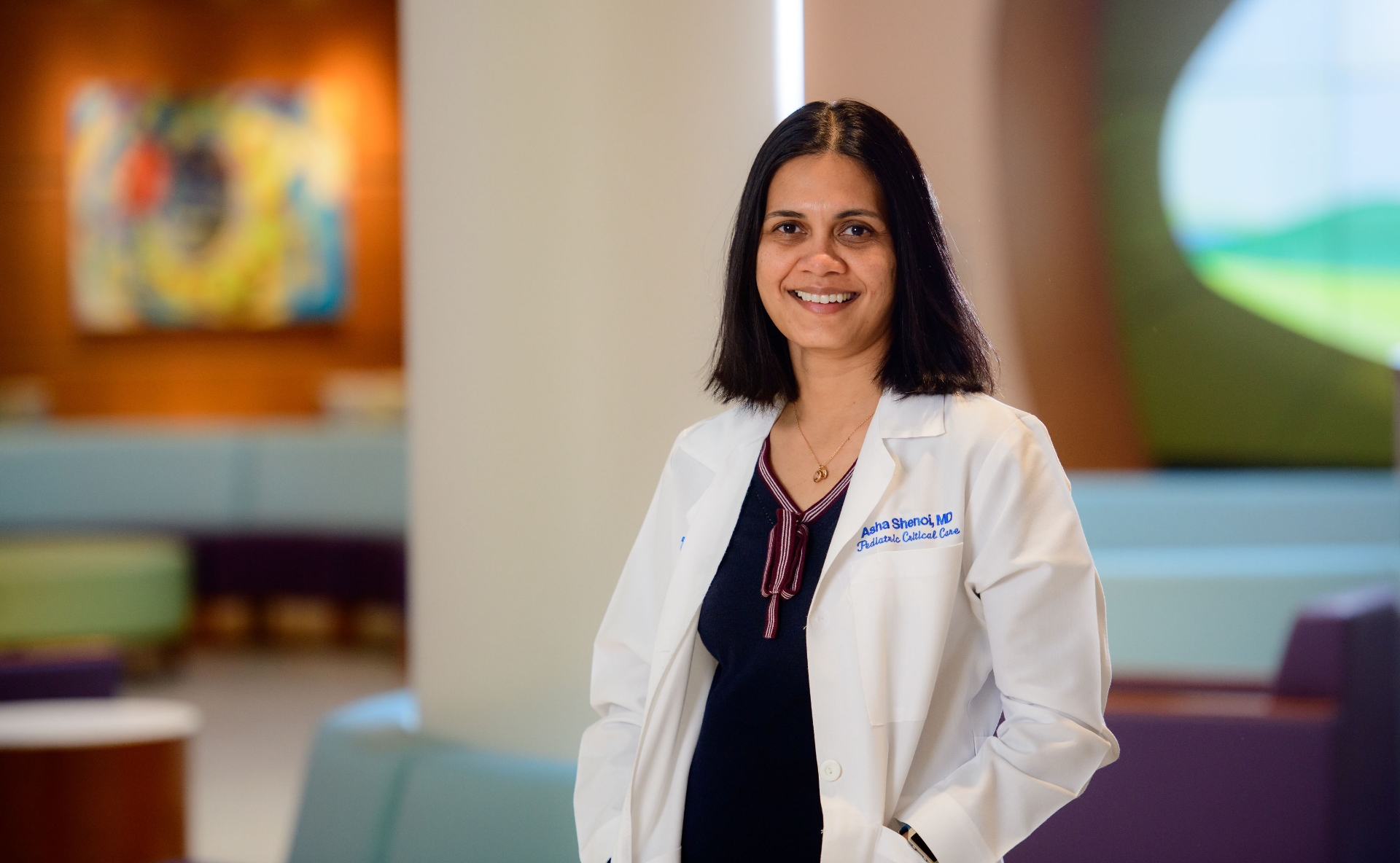 “Dr. Shenoi knew something wasn’t right with her,” said Max.

Thanks to the forethought and expertise of her team, Kailey made it through the night. But she still wasn’t getting better, and the Shaughnessys were told that children on ECMO for more than three days were significantly less likely to come off of it. 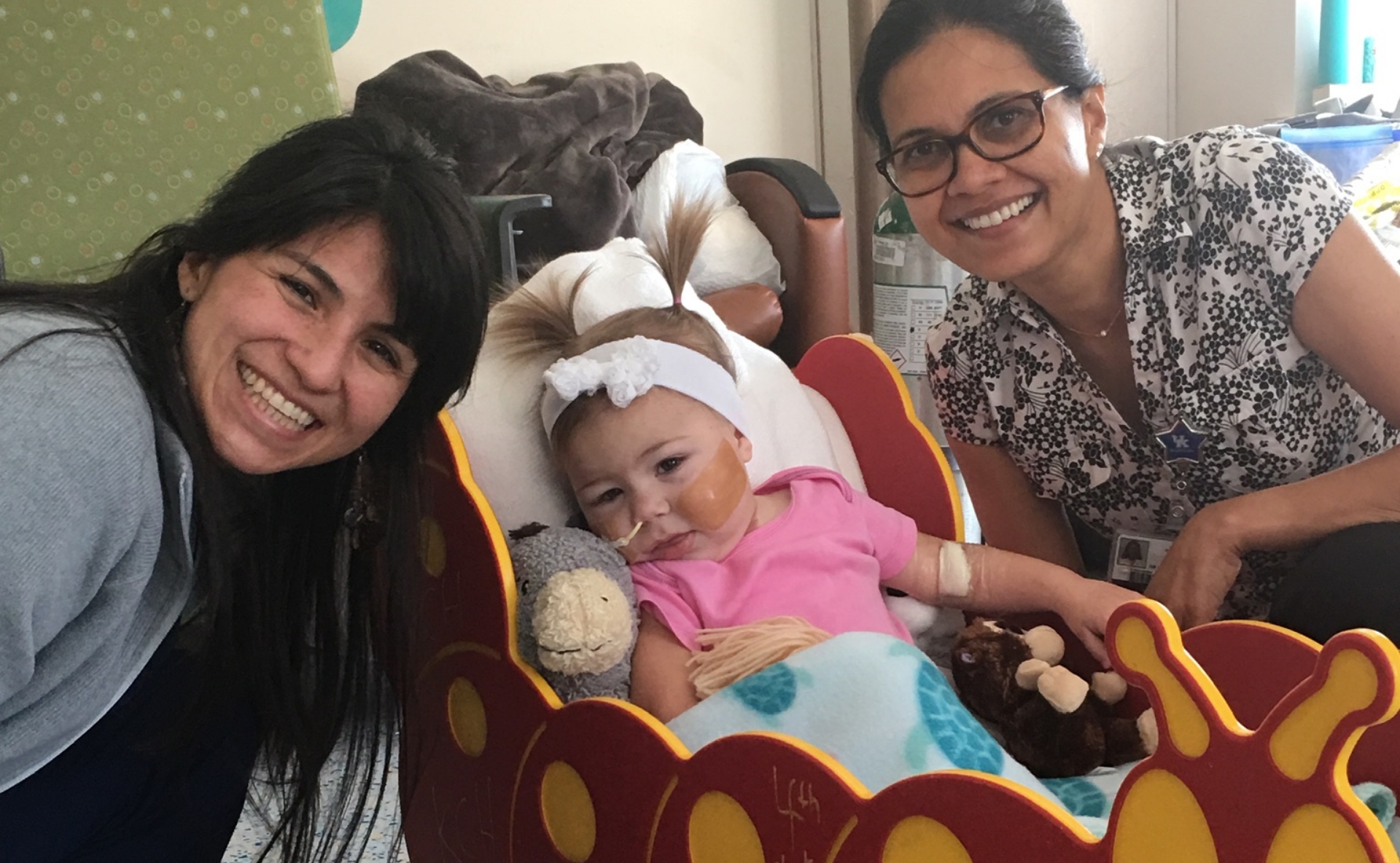 “We knew where we were,” said Max. “We knew the severity. We understood the gravity. We were on the last stop. The team asked us if we wanted to try a trial medicine for HUS. Kailey was on ECMO and there were no options.”

“We knew it was a Hail Mary and it might not work,” added Carly. 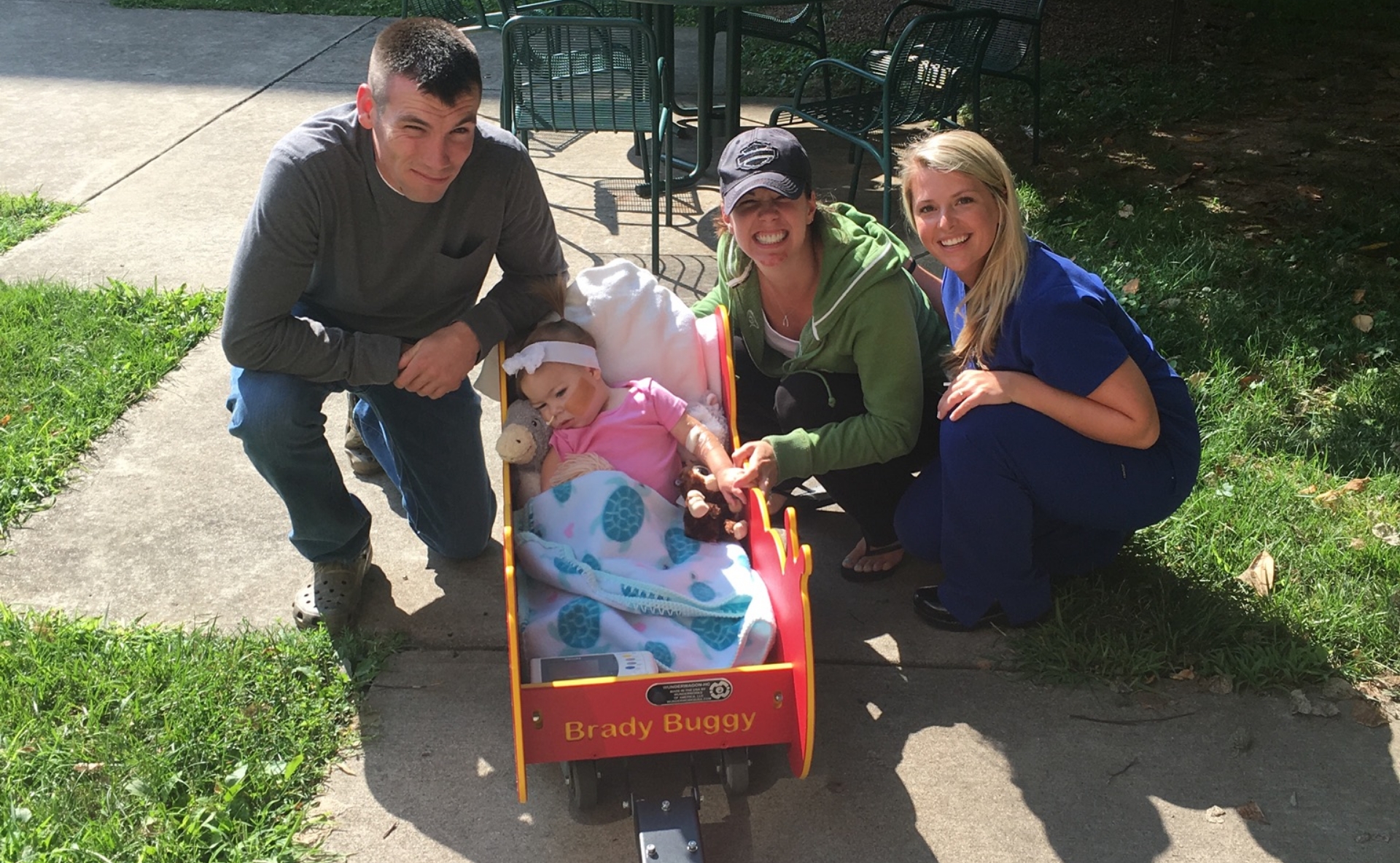 The Brady Buggy was a way to help Kailey get around the hospital—while also keeping her spirits high.

The trial drug, Soliris, is an antibody treatment that modulates the immune system and slows down the disease progression. It’s an intense treatment, but Dr. Kiessling and his team believed it was their best chance to allow Kailey’s body to start healing.

The Shaughnessys trusted Dr. Kiessling, and agreed to the trial treatment. 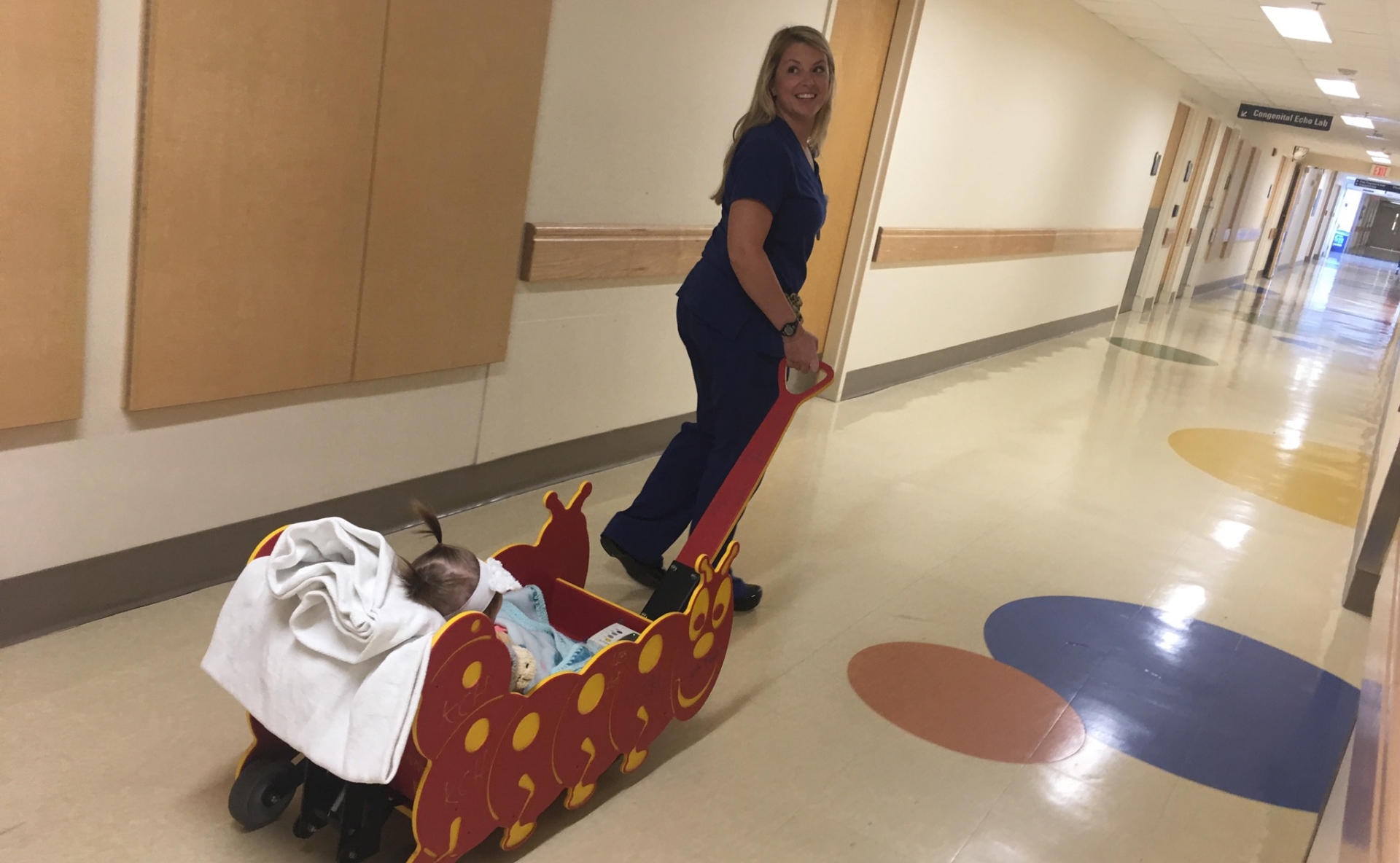 “They would walk her down the hall,” said Carly. “She wasn’t clinging to us—she was comfortable with them.”

“As a pediatrician and as a father of three, I don’t think there is any greater responsibility than having the privilege of taking care of someone else’s child,” said Dr. Kiessling. “We don’t expect families to trust us, but we work hard to earn that trust over time. Kailey’s family became very comfortable with us, and we always say that we earned their trust.” 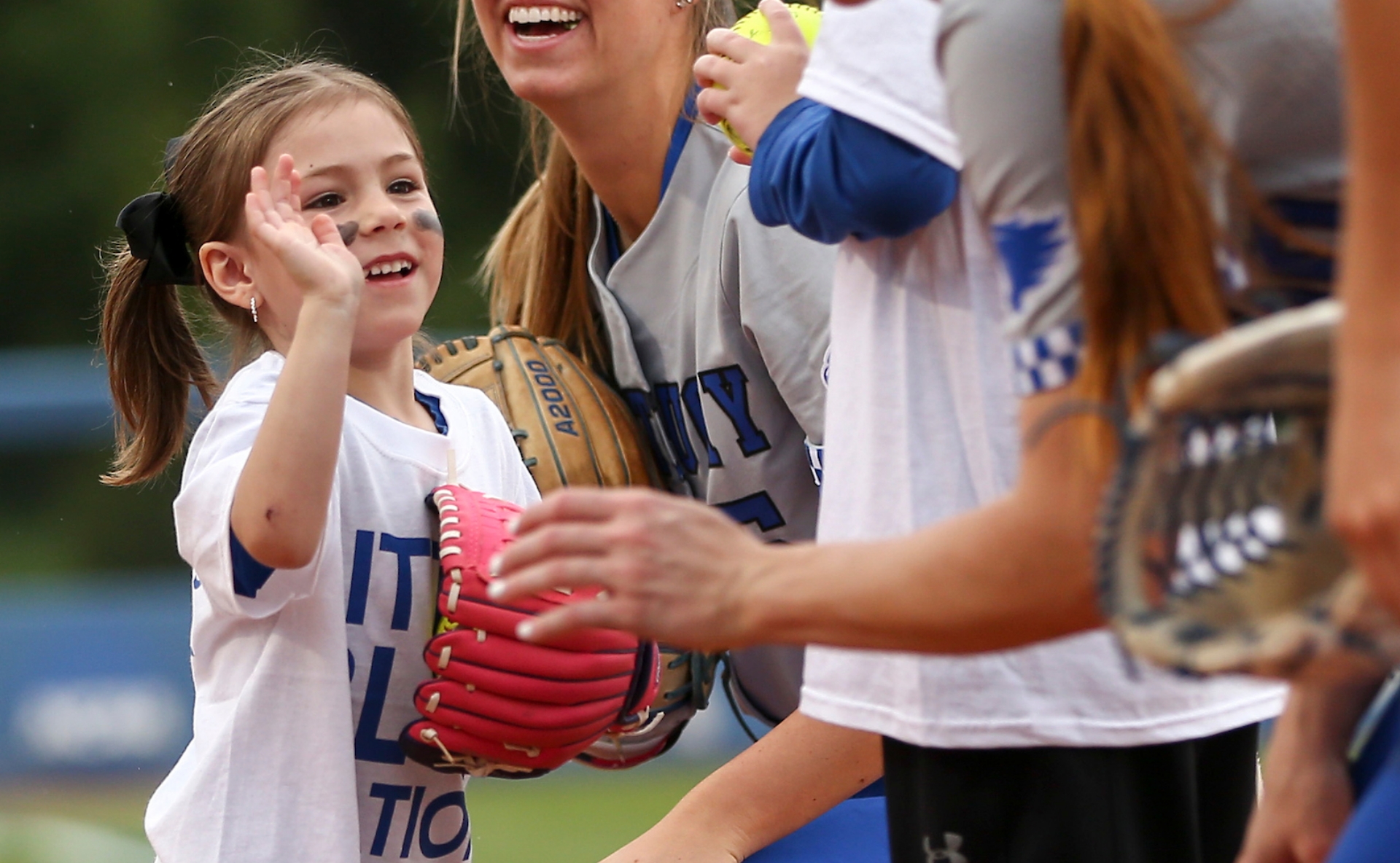 Kailey and her family attended a Kentucky Children’s Hospital event at a UK softball game.

That trust proved to be life-saving. Once the team administered Soliris, Kailey’s body slowly started to heal. The medical team still doesn’t know if the trial drug was what made the difference—but Kailey was able to come off ECMO and started to regain her strength. 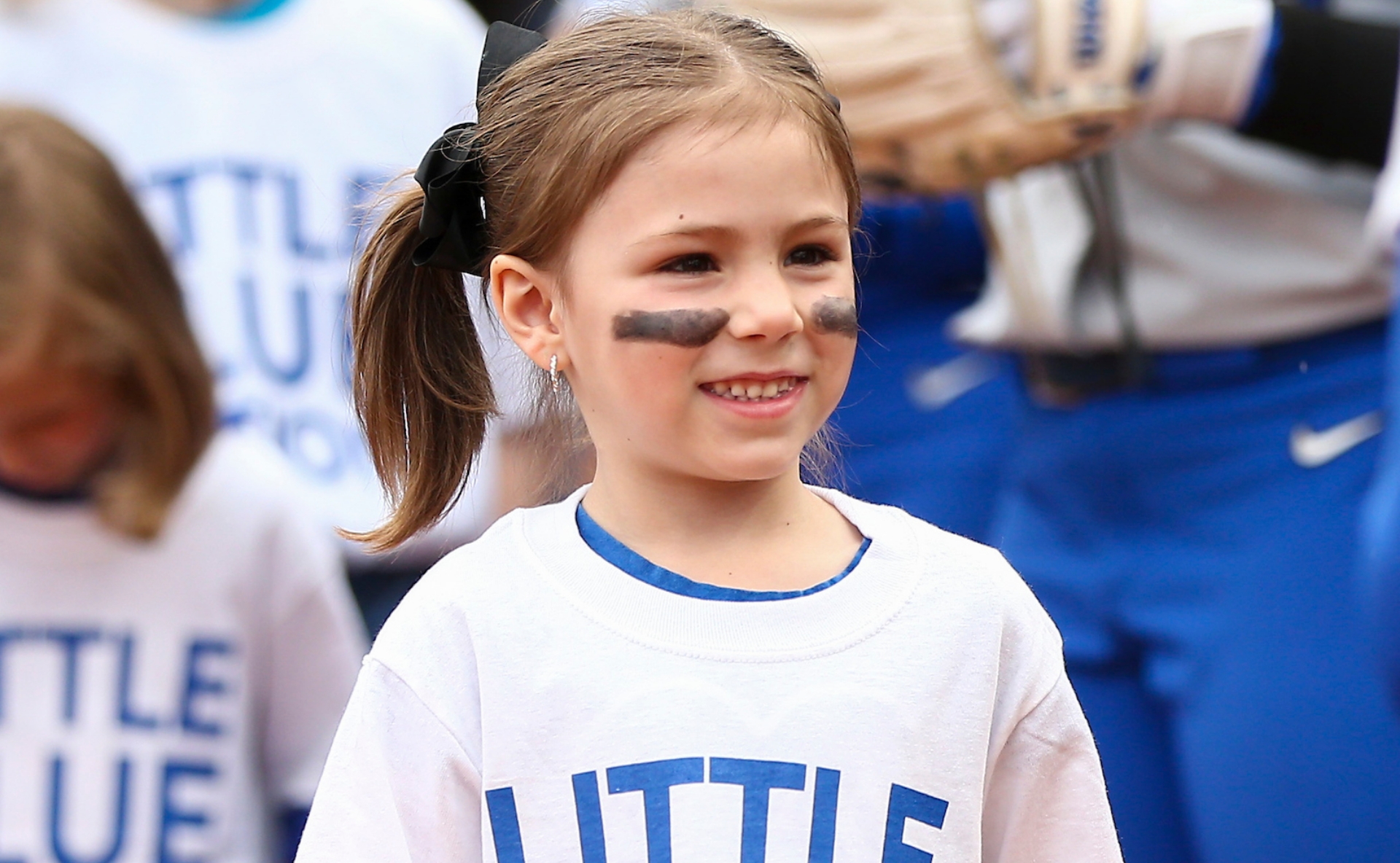 Now Kailey only needs to go in for check-ups every six to nine months.

Kailey was finally discharged to go home and hug her big sisters after 30 harrowing days at the hospital. Three years later, the only external sign of her ordeal is a small scar from ECMO, marking the worst month of her family’s life. 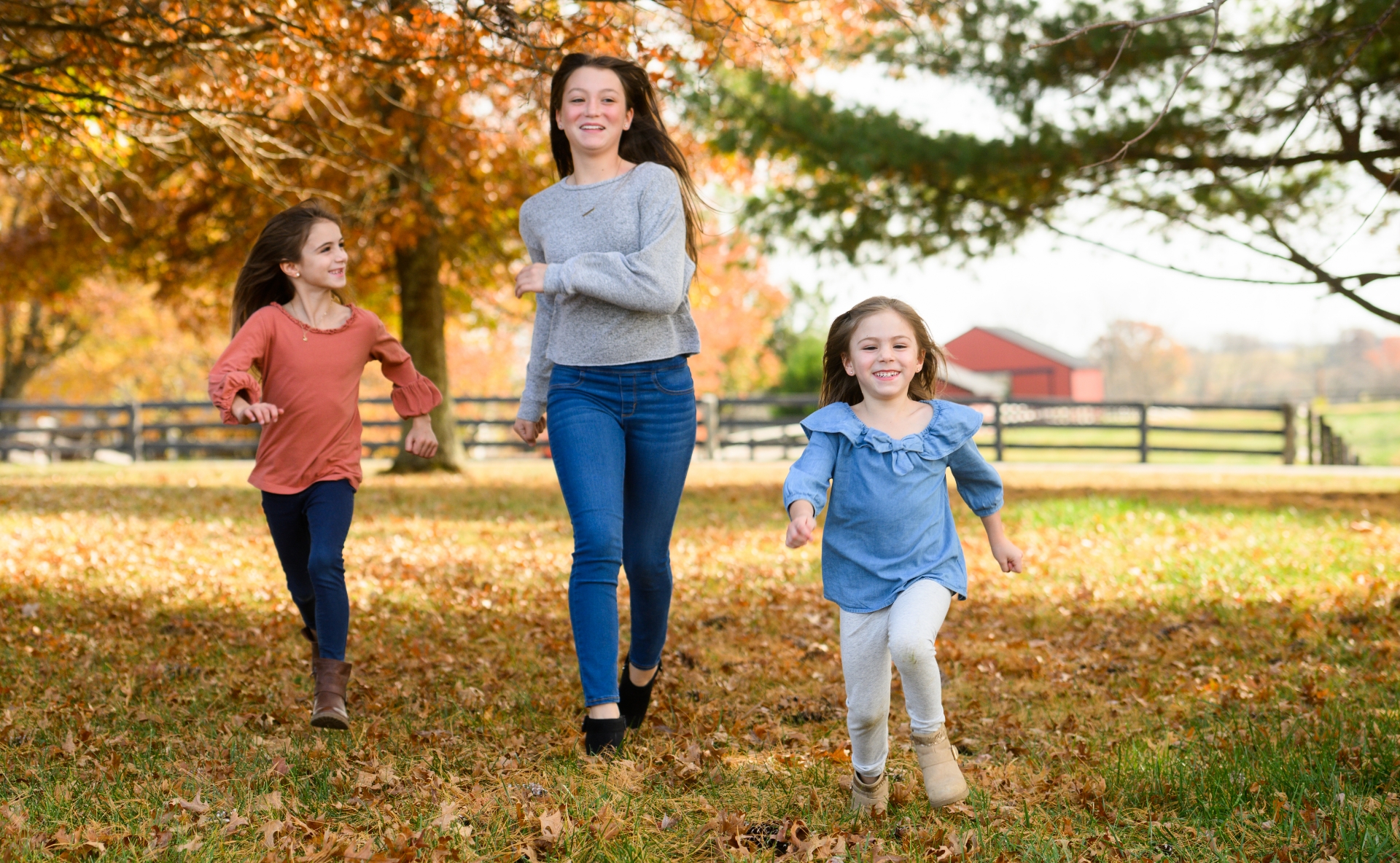 “[Kentucky Children’s Hospital] is the only place I will ever take my girls to,” said Carly.

“She’s a walking, talking miracle,” said Carly. “I don’t even know that there is a word that justifies it other than miracle.”

“There is this profound emotional stir when a child is doing well after you’ve worried about them in the ICU,” said Dr. Kiessling. “Families don’t see you at two o’clock in the morning, sitting at a computer looking at vital signs, checking on the last set of blood work, talking to your colleagues and calling the nurses to find out how the patient is doing.” 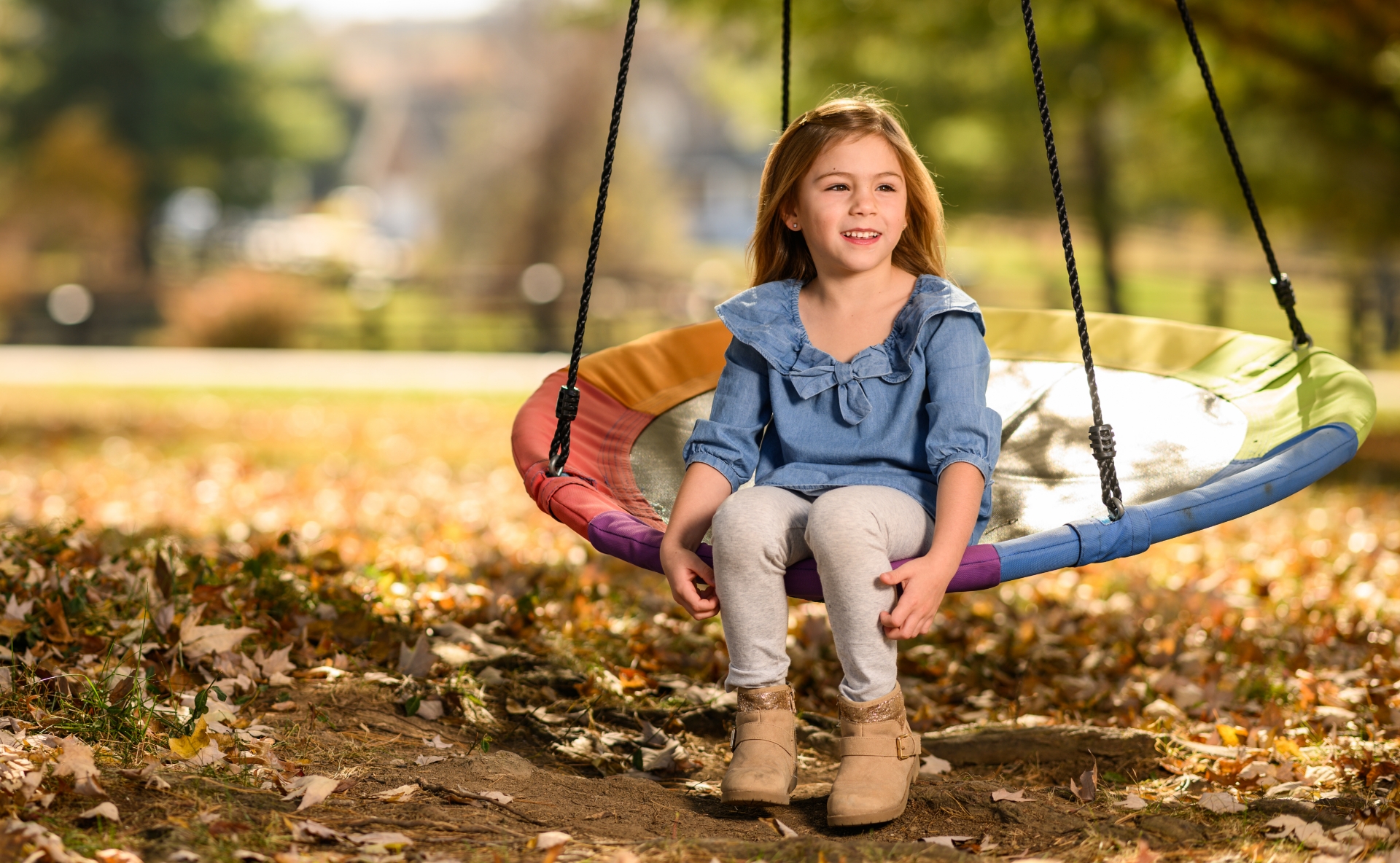 “[Kailey’s medical team members] are more than just a name—they’re family,” said Carly. “Kailey refers to nurse Alison as ‘my Alison,’ and she means it. Dr. Kiessling, he calls her princess.”

“The doctors and nurses stayed on top of it medically, but they were also empathetic and very compassionate,” said Max. “We are forever indebted to their connection with our family, because their love, empathy, and medical prowess helped keep her alive. It saved her.” 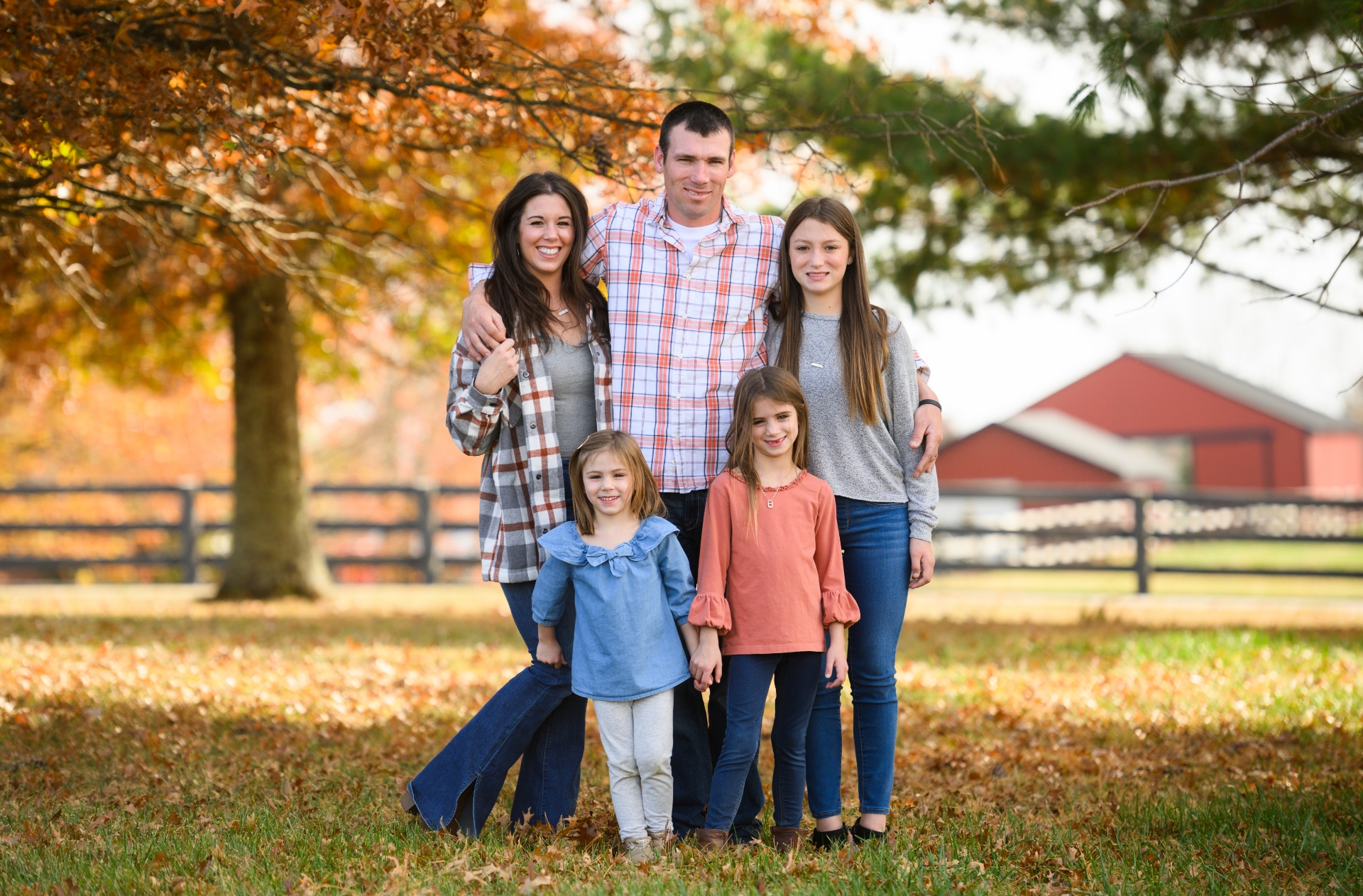 “Everything since [getting home] has been stellar,” said Carly.

More Than A NumberPediatric Services