More Than A Number

“I don’t want just to be seen as a really high number. I like being seen as myself.”

Abby Stephens’ healthcare provider wasn’t listening to her. The soft-spoken teenager had been dealing with digestive symptoms for years—first constipation, then blood in her stool, then acid reflux. But her original care provider chalked it up to her weight, and didn’t think there was more to her case. 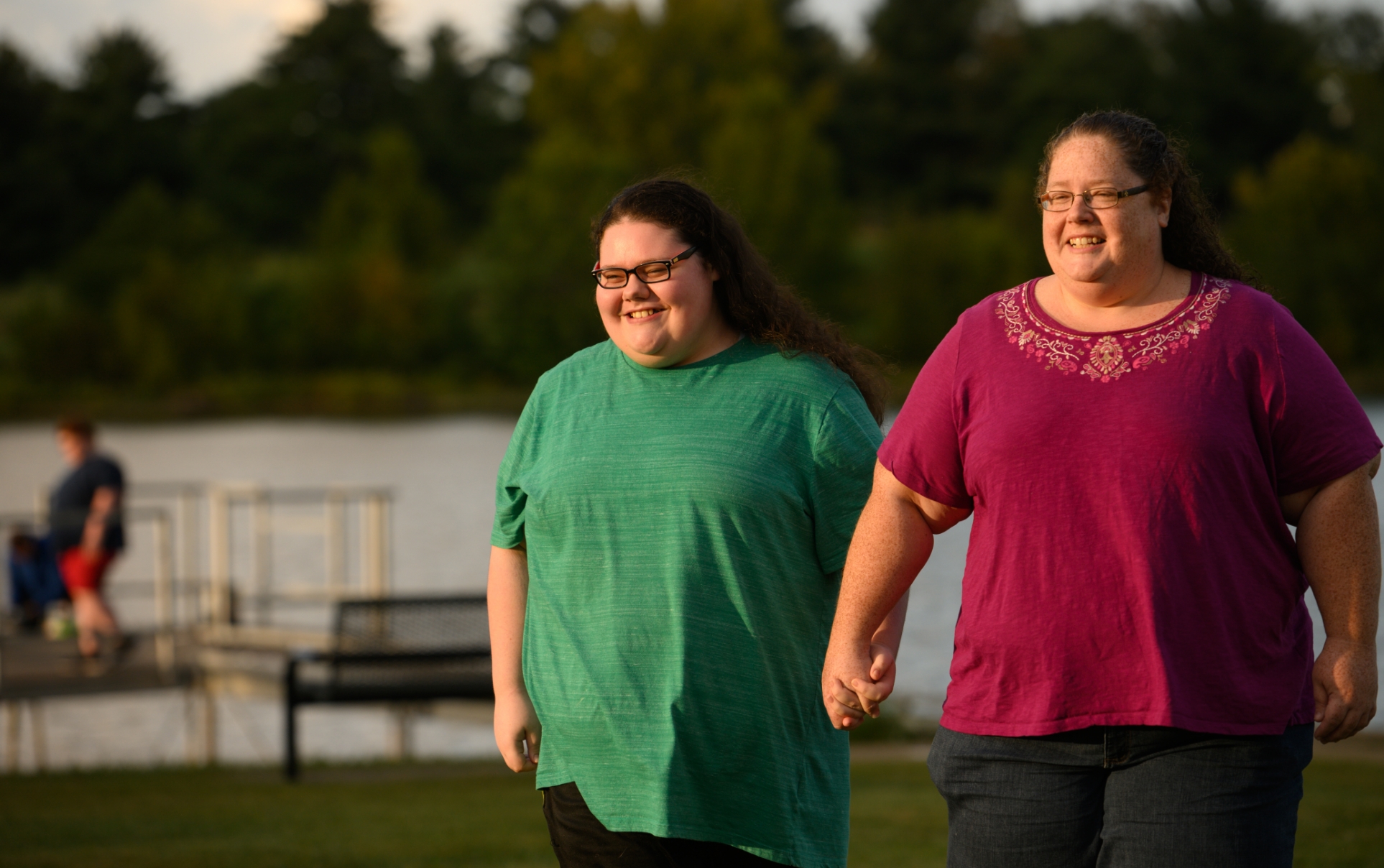 Abby's mother, Jamie, has had to advocate for her daughter's health for years.

That didn’t sit well with Abby’s mom, Jamie. So, she challenged and pushed for additional care and testing. 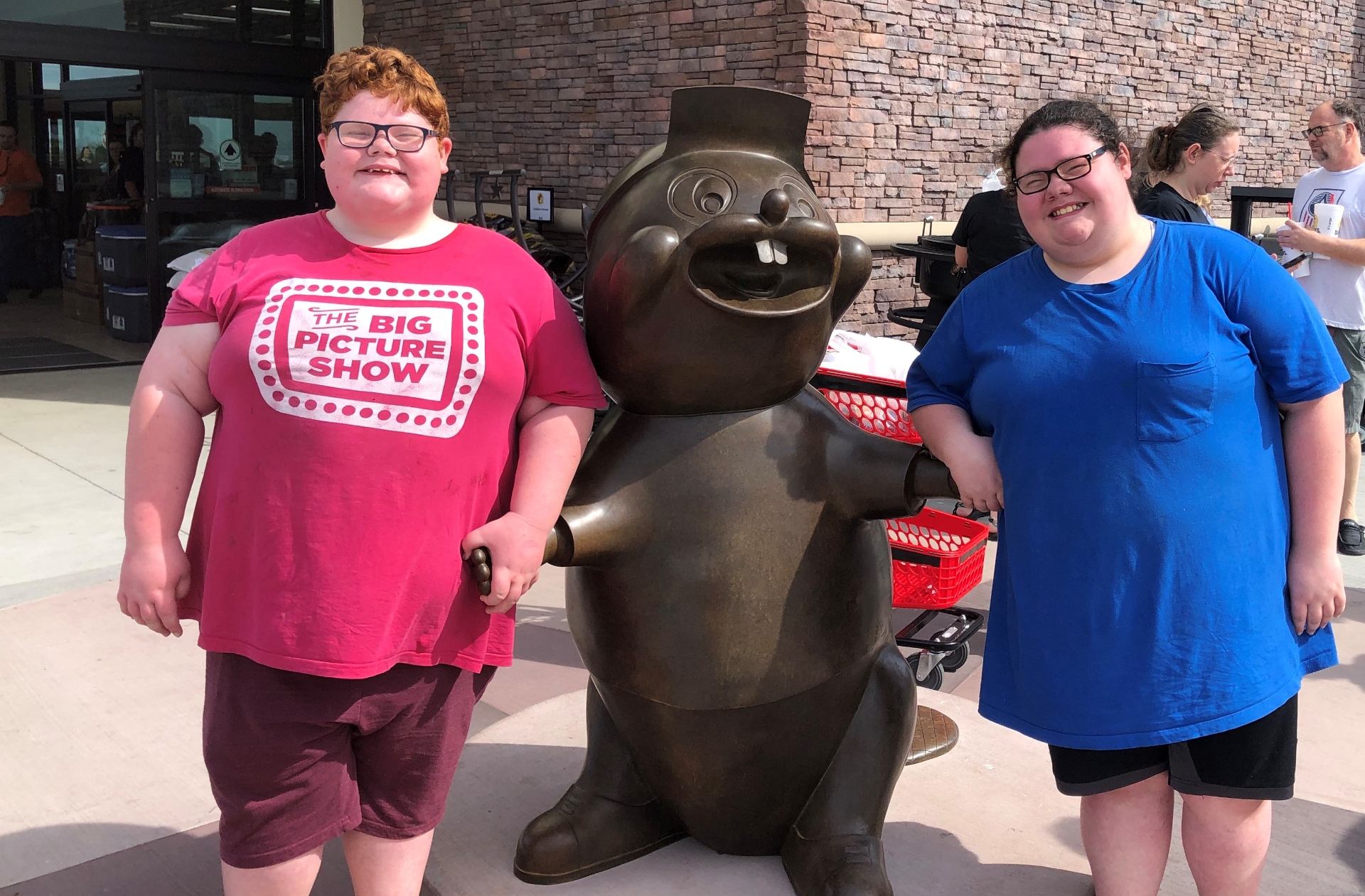 Abby and her younger brother Drew have grown close while supporting each other through their health issues.

“Abby was referred to our combined High BMI Clinic/Pediatric Fatty Liver Clinic,” said Dr. Softic. “We tend to care for more complex patients with obesity because children who develop metabolic and liver issues may have a more severe disease course.” 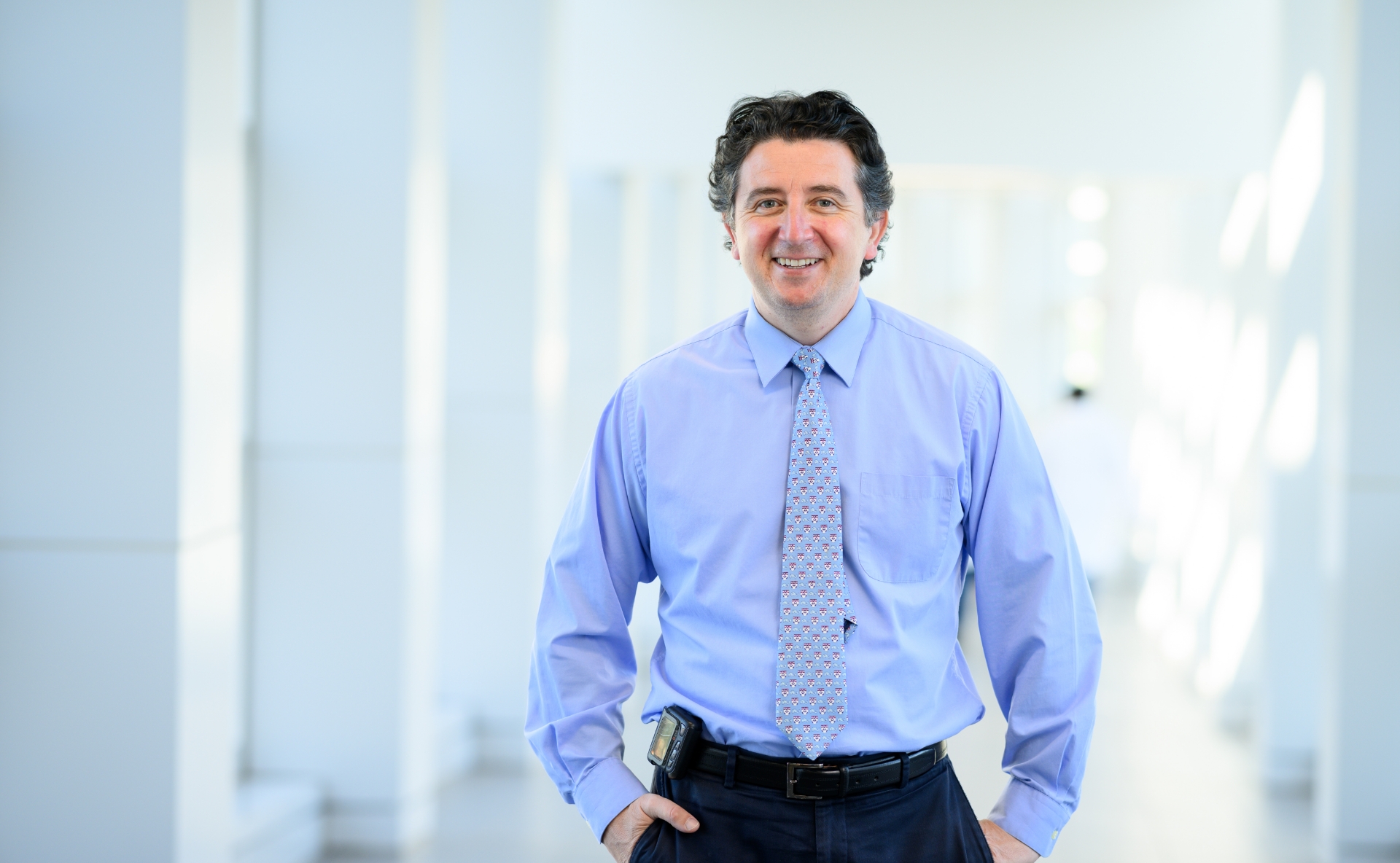 “Because she [was] already having complications, I took interest in that piece of her story,” said Dr.Softic.

Dr. Softic doesn’t allow any one factor—like a patient’s weight—to immediately inform his decisions. Instead, he treats the whole person, looking at their complete list of symptoms, medical history, family predisposition, lifestyle, and other complicating issues that can affect a person’s health. 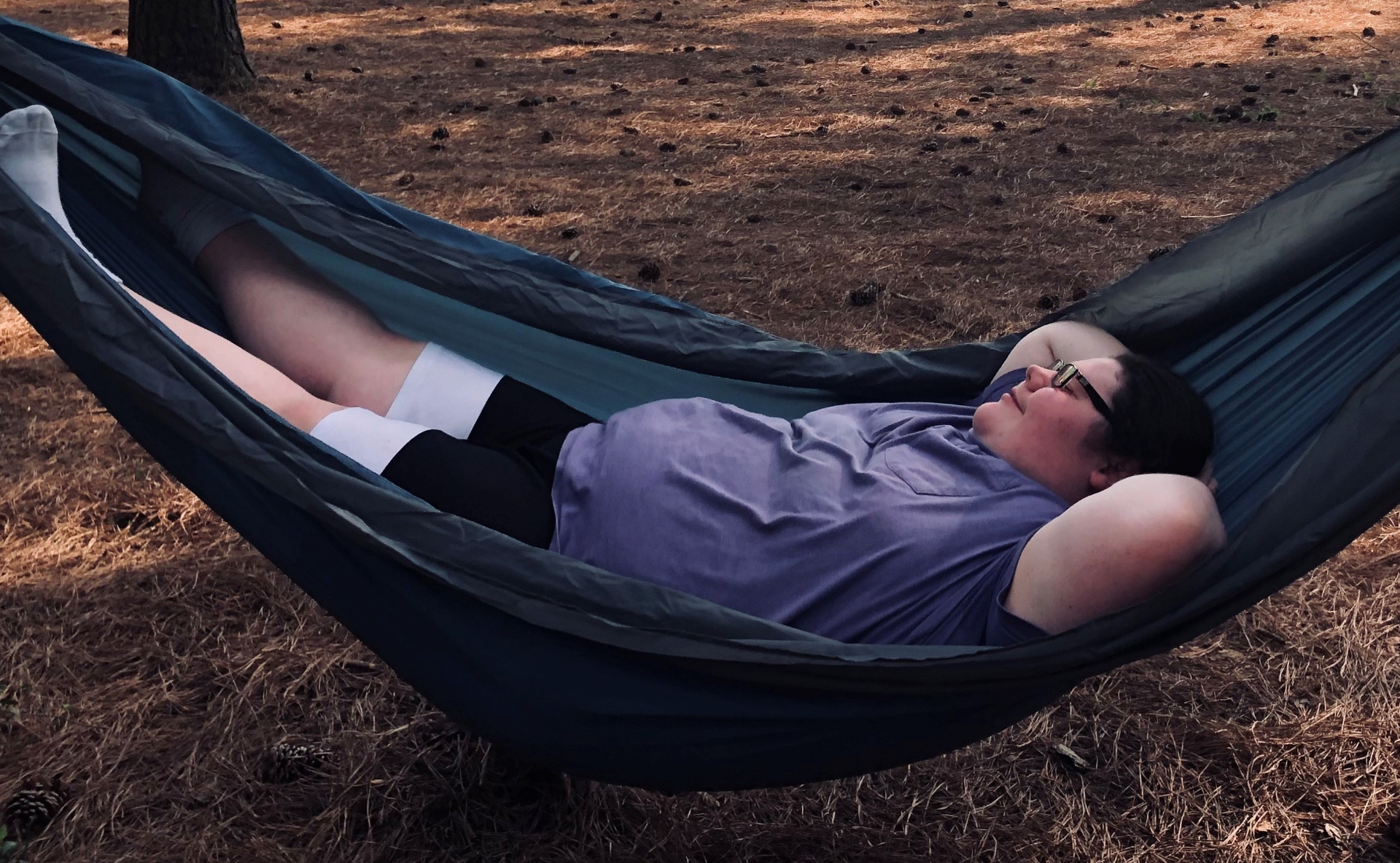 Upon reviewing Abby’s medical history, Dr. Softic discovered that she had an uncommon disorder of the esophagus called achalasia, in addition to insulin resistance, polycystic ovarian syndrome (PCOS), obstructive sleep apnea, kidney issues and pre-hypertension. Given everything she presented with—and a family history of colon cancer that took her father’s life when he was just 38—Dr. Softic and his team suspected there might be more to Abby’s medical complaints. 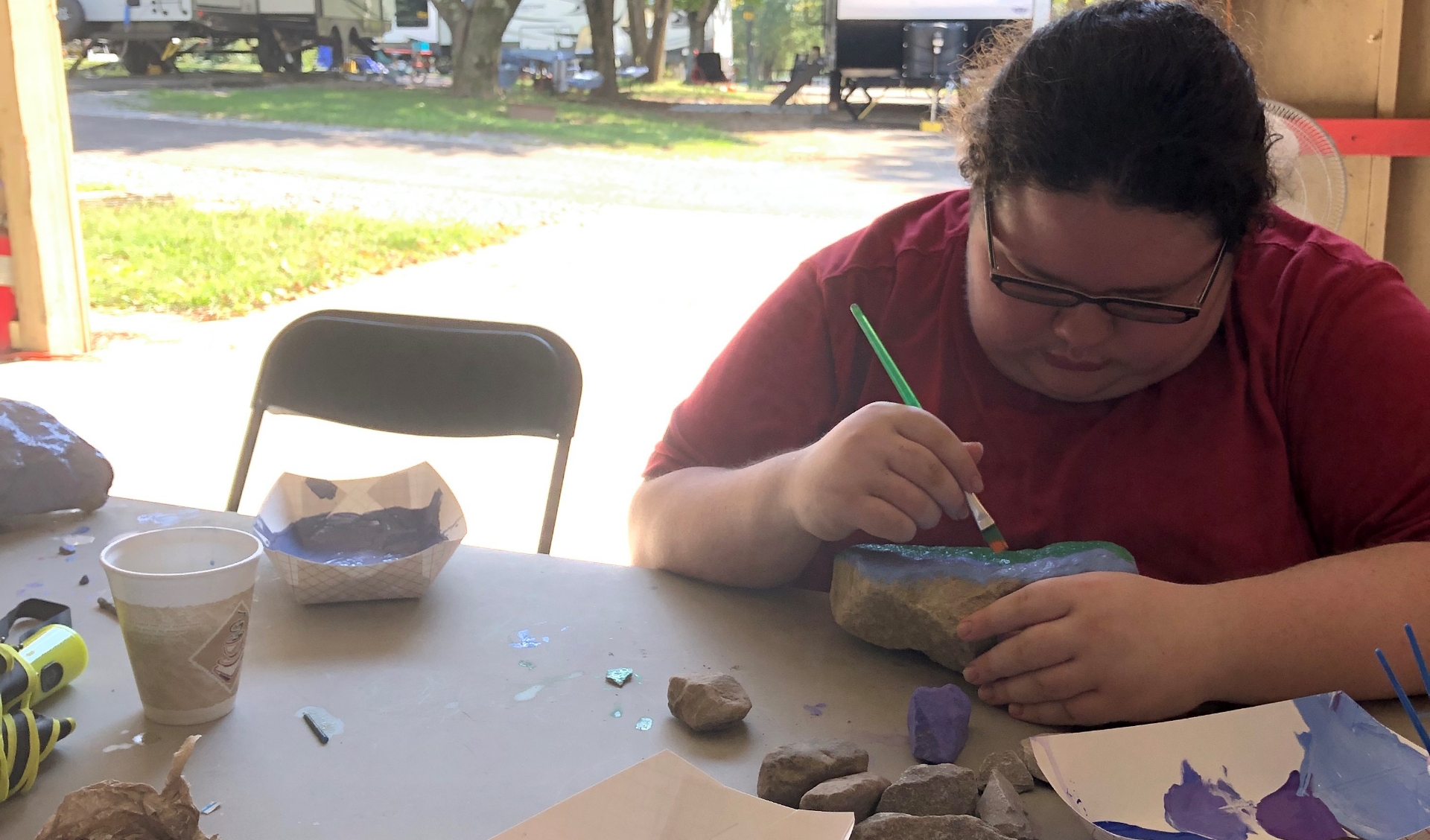 Abby loves expressing her artistic side through crafts like painting.

Dr. Softic and his team scheduled Abby for several procedures under one anesthesia in January 2021. An upper endoscopy showed a complete obstruction of her stomach outlet because of several polyps, which were completely removed by an advanced endoscopist during the procedure. Next, the interventional radiology team performed a liver biopsy. Finally, Dr. Softic completed a colonoscopy to look for the cause of blood in her stools and found more polyps in her colon. 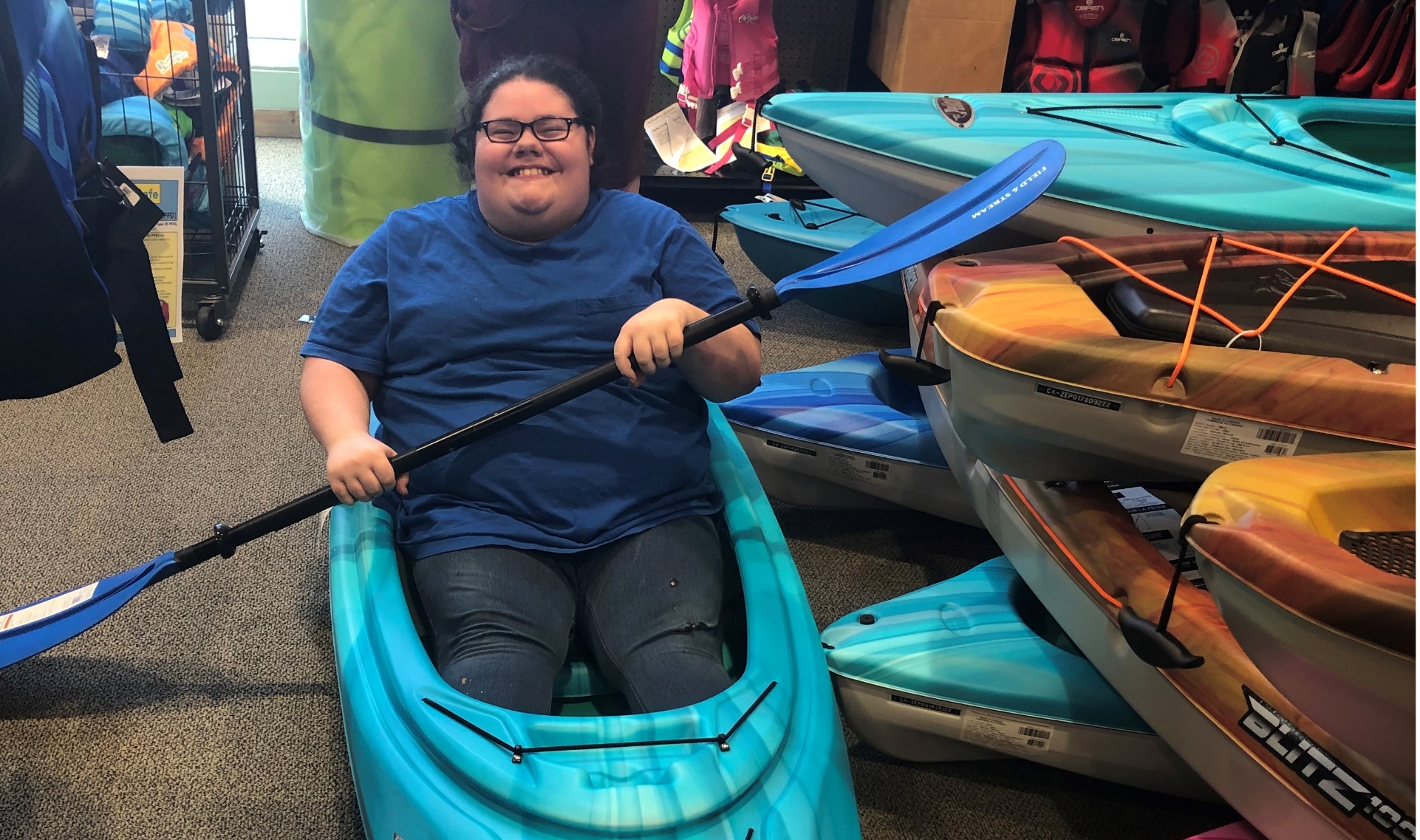 “She makes us laugh,” said Jamie.

“Abby’s polyps were unusual because she had a large number of them and they were located in her stomach, as well as in her large intestines,” said Dr. Softic. “These polyps indicate a more complicated disease process, so we referred Abby to genetic screening.” 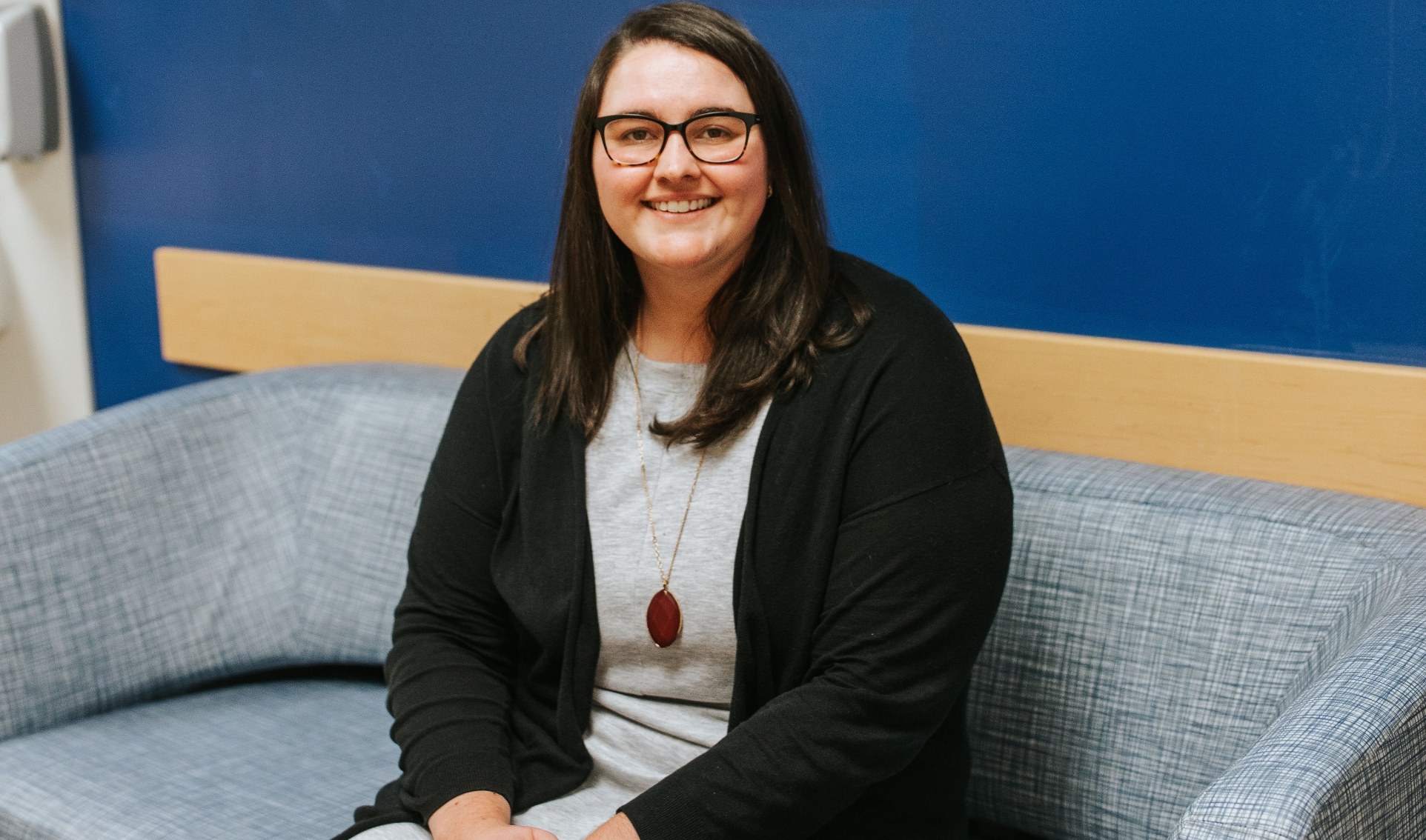 “My role as a genetic counselor is to not only look at the patient, but the family tree,” said Terra Lucas.

“Originally, there wasn’t enough justification to pursue genetic testing for cancer or polyposis genes at their age the first time I saw Abby and her brother, based on their family history alone,” said Terra Lucas, a senior genetic counselor at UK Genetic Counseling. “But after Abby’s endoscopy found rare polyps that we don’t typically see, we decided it was time to move forward with testing.” 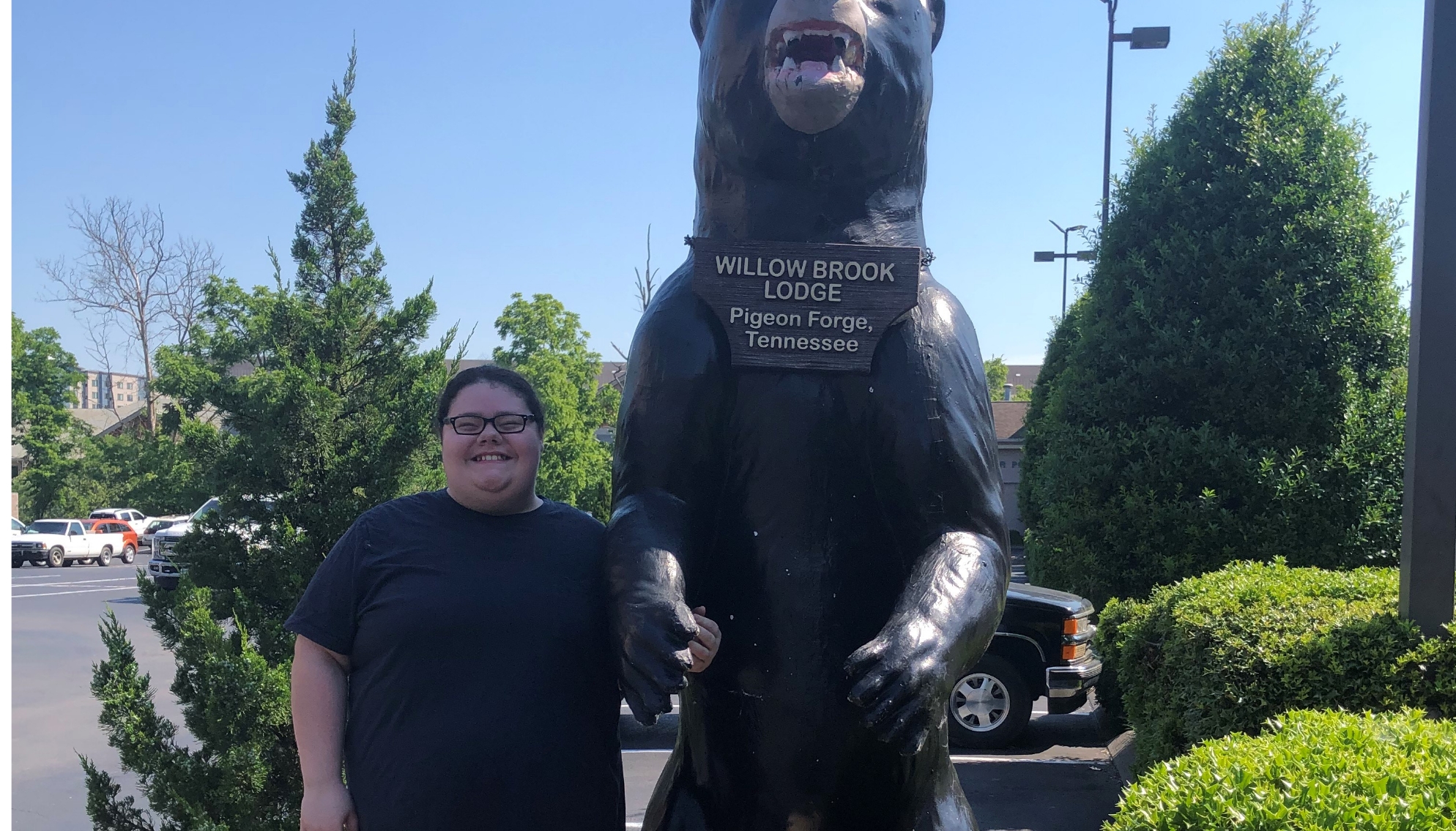 “We like to stay positive and be positive,” said Jamie.

Terra was looking for genetic flags for hereditary conditions that might be causing Abby’s symptoms. A positive result on the test would indicate a hereditary concern, while a negative would indicate nothing concerning was found. Abby’s results came back with a third result: a variant of uncertain significance.

“It’s like a question mark,” explained Terra. “Variants are the lab’s way of saying that they see a unique genetic change, but there isn’t enough evidence to say whether it impacts cancer risk or not.” 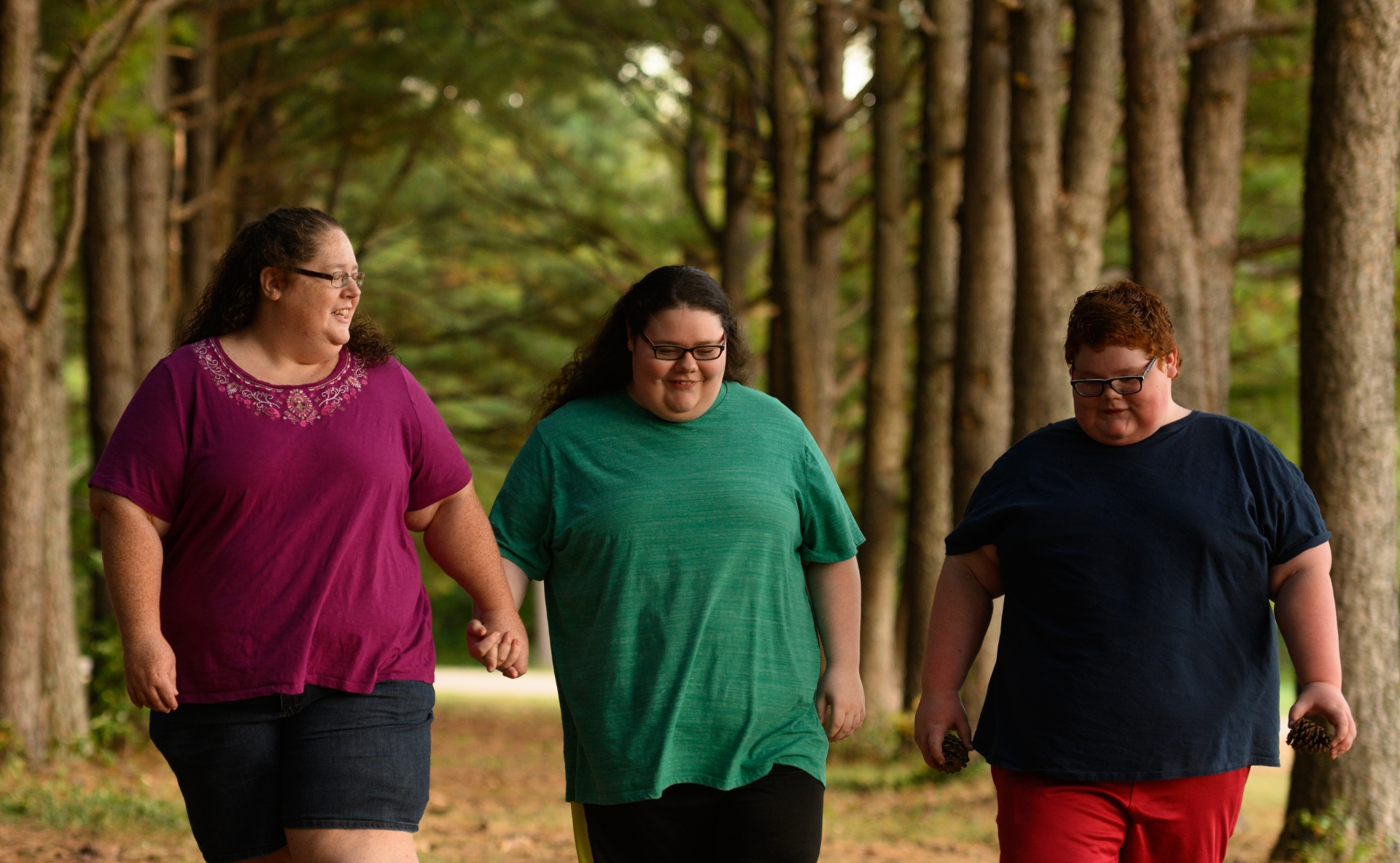 “Our doctors have always met us where we're at, and gone beyond to make sure we were taken care of,” said Jamie.

Abby, her younger brother, Drew, and her mother all underwent further genetic testing.

“The genetics team submitted Abby’s history and her father’s autopsy report to the lab,” said Dr. Softic. “Upon further testing, the lab found that one of these newly-found mutations destabilizes a specific protein that has been known to cause juvenile polyposis syndrome, and they reclassified Abby’s mutation as a likely disease-causing variant.” 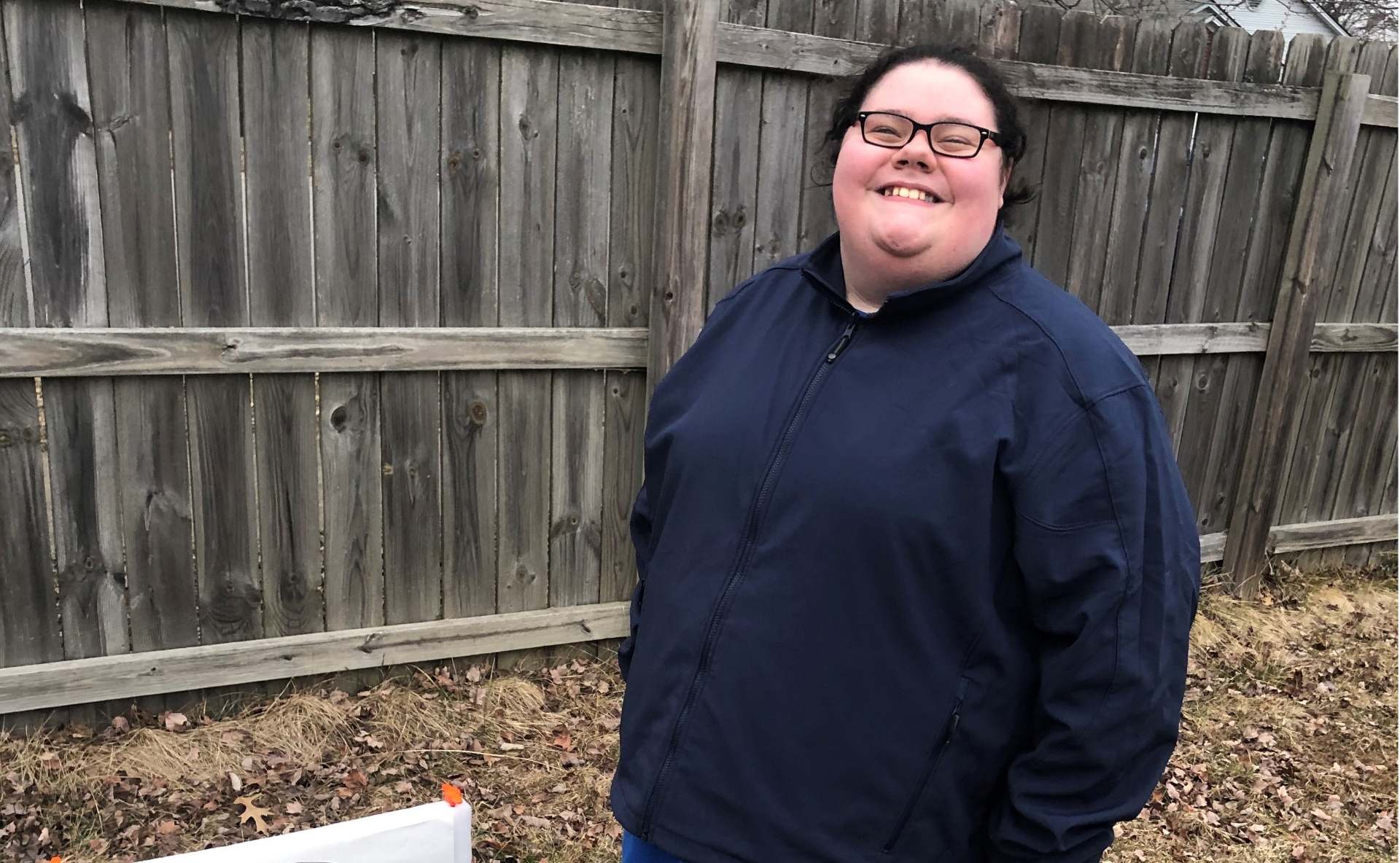 Abby is now free of polyps, and just needs a colonoscopy every two to three years to monitor her condition.

The new information allowed the team to pinpoint Abby’s specific genetic variant to juvenile polyposis syndrome (JPS). It initially causes benign polyps like Abby’s, but over time, it comes with an increased risk of colon cancer—the disease that killed her father. 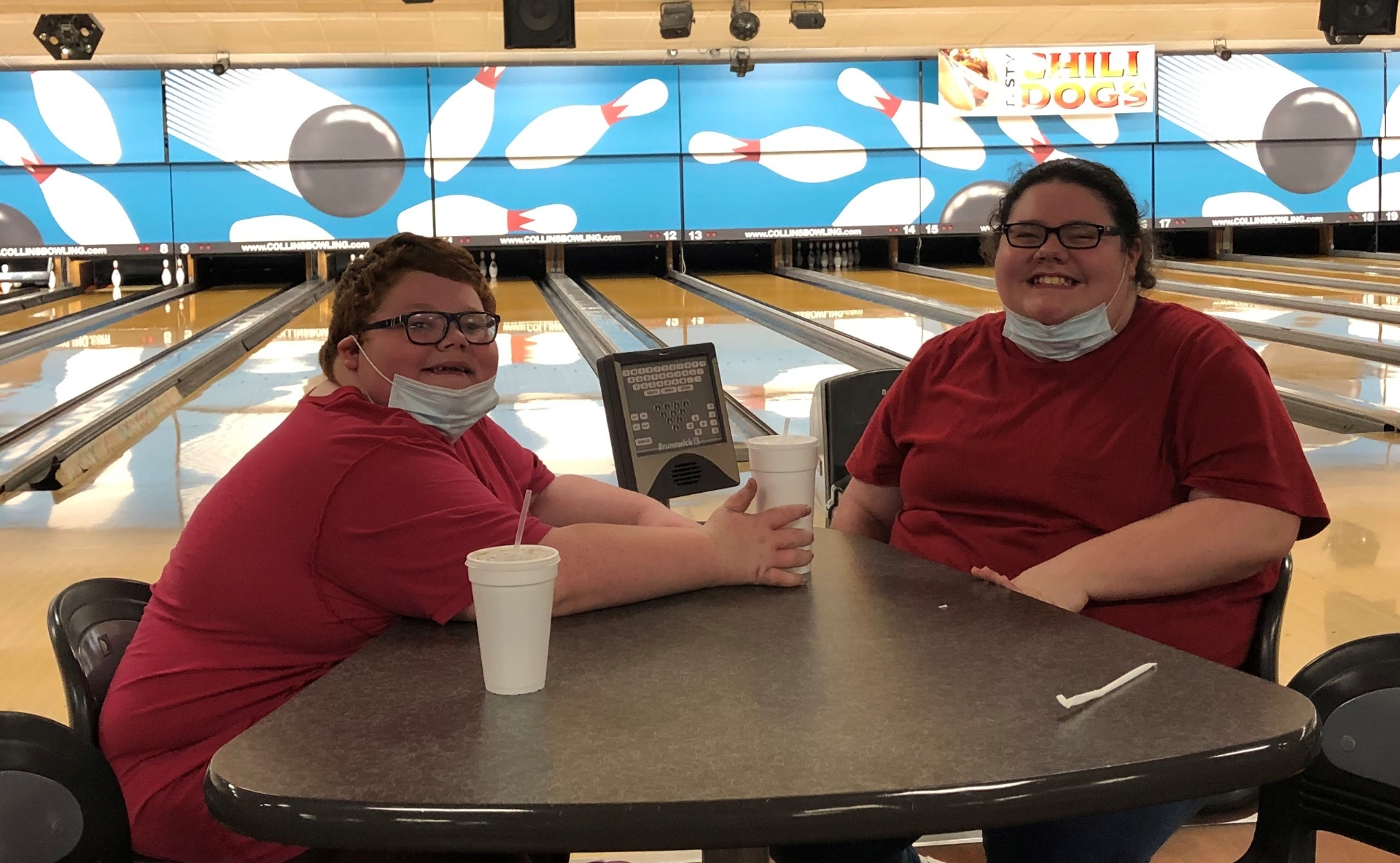 After Abby’s diagnosis, her brother also underwent an endoscopy to look for polyps, as he’d also tested positive for JPS. Dr. Softic was stunned to discover that the then-10-year-old had even more of the abnormal growths than Abby did. Both are now receiving specialized care in Dr. Softic’s clinic, and will be closely monitored by their care team as they grow into adulthood to ensure that their polyps don’t turn cancerous. 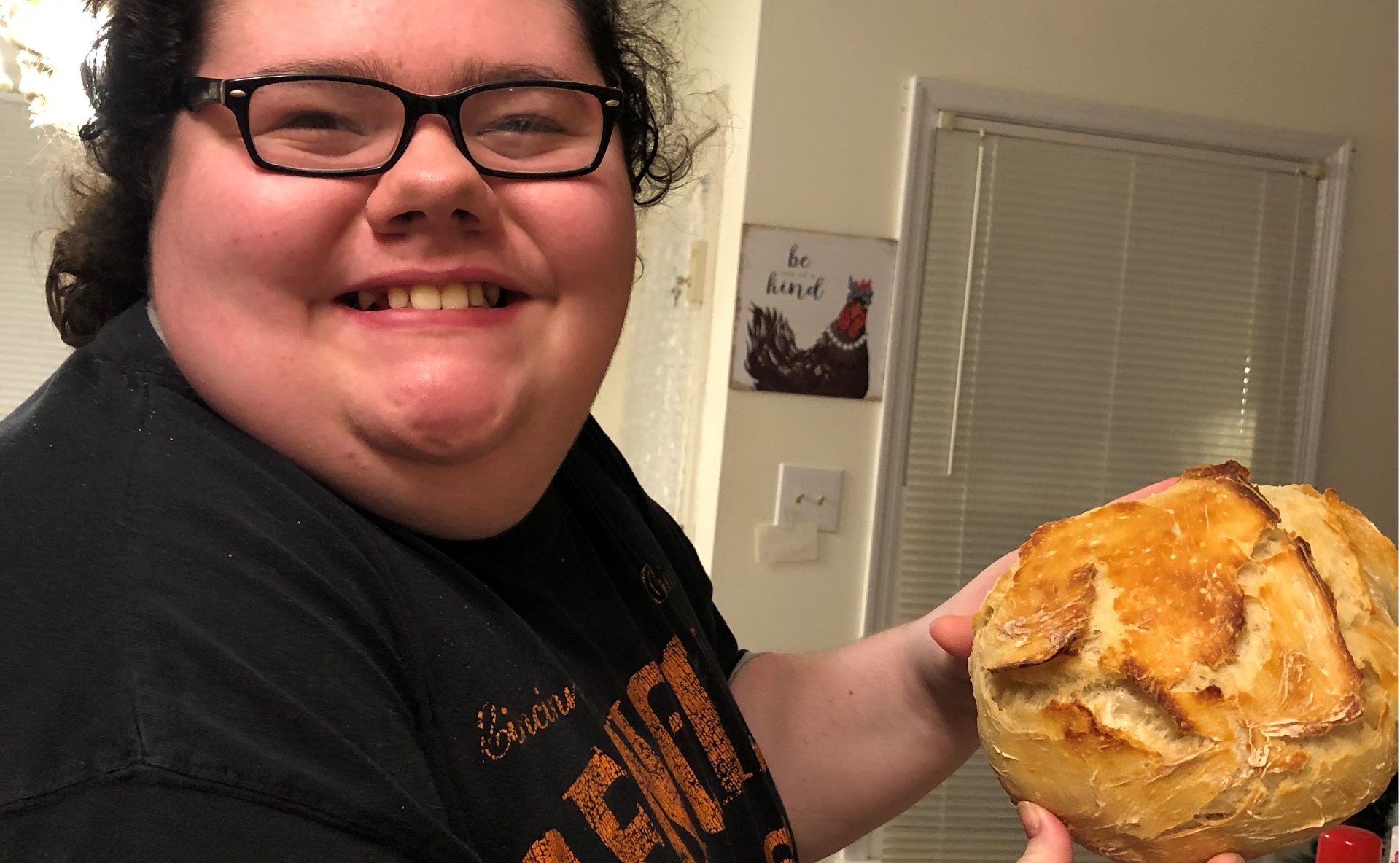 “Abby is very loving,” said Jamie. “She takes care of everybody.”

Abby’s road to her life-changing diagnosis wasn’t simple—but it’s one that many physicians may not have followed. Weight bias continues to be an ongoing issue in healthcare: “Even [health care professionals] specializing in the field of obesity have been shown to both endorse and display weight bias at an alarming frequency,” according to an article in the AMA Journal of Ethics. Dr. Softic encourages pediatricians to look past weight and investigate the root cause of why patients are developing these symptoms at such a young age. 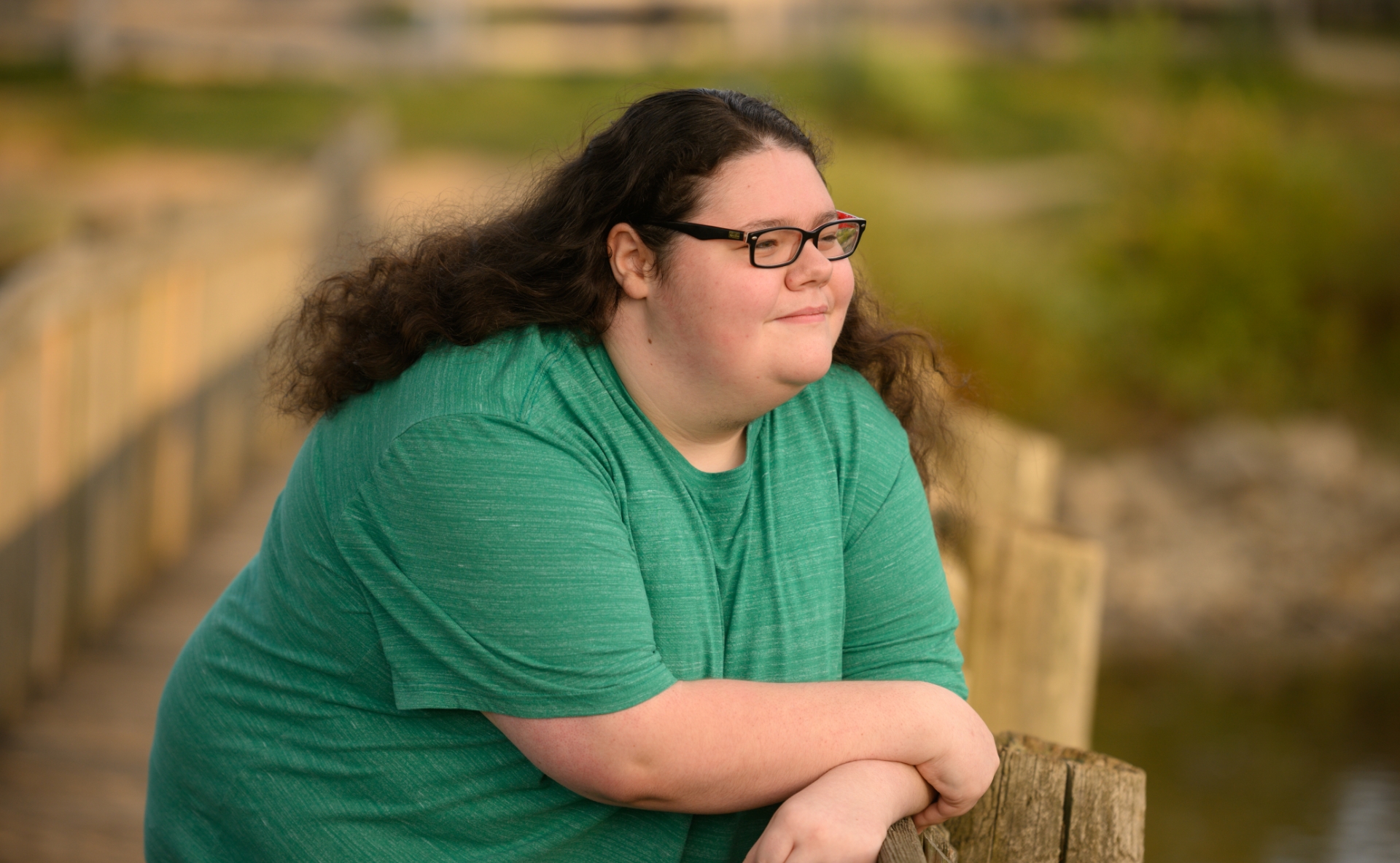 “When you go to a busy primary care practice and you have these symptoms, then most often they’re going to say, ‘Obesity can explain this, we got our diagnosis, we move on,’” said Dr. Softic. “In our clinic, our mission is to dive deeper into what is causing all of this—to identify all comorbidities that can be associated with obesity and to provide a comprehensive plan to successfully treat these problems. Our goal is to return our patients to a road of health that they should be on at this age.” 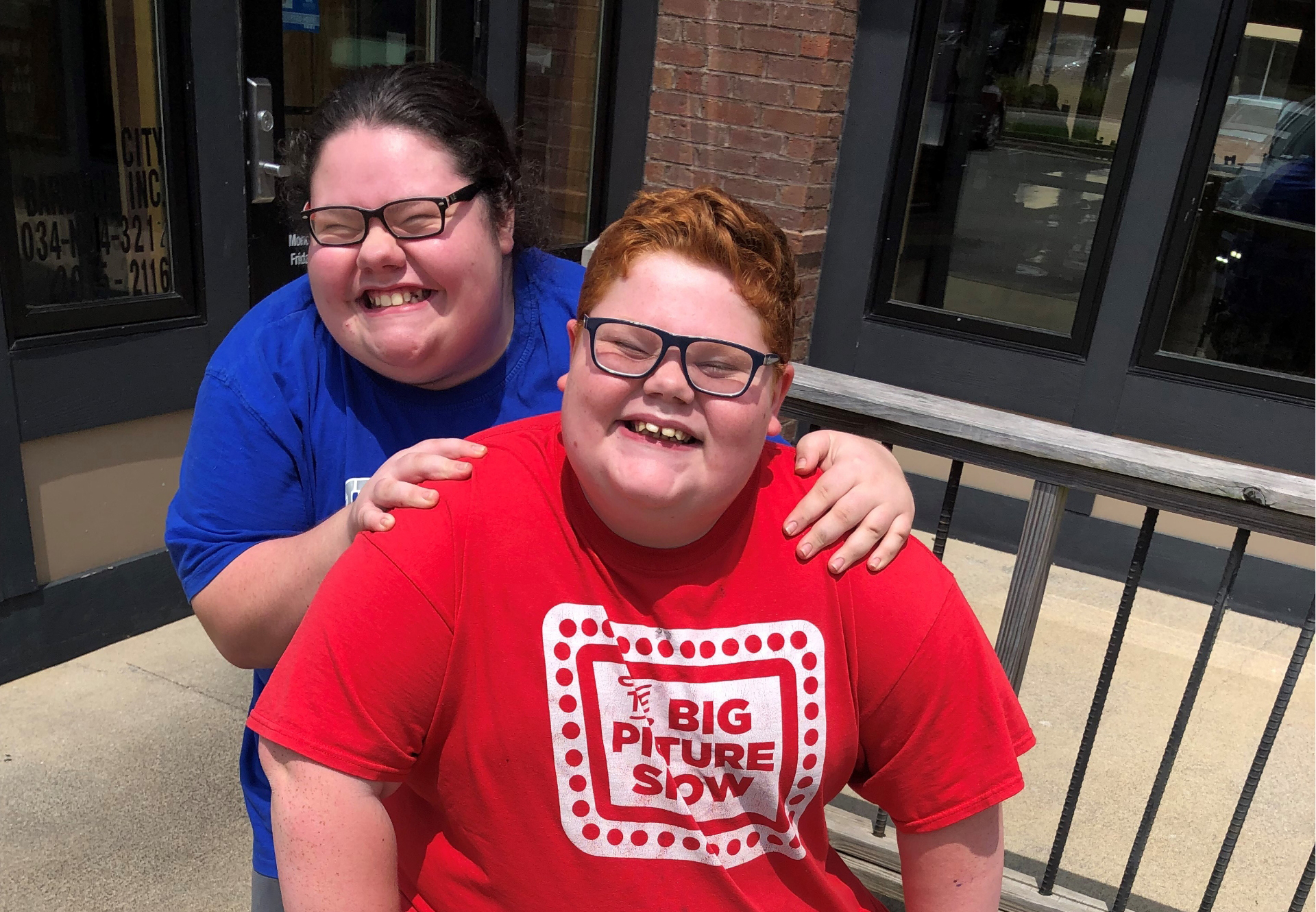 “Dr. Softic looks at the whole picture,” said Abby. “He sees all of me, and not just the numbers.”

UK HealthCare’s pairing of genetic testing, leading-edge endoscopy technology and skilled pediatric specialists have hopefully given Abby and her brother an opportunity to grow up cancer-free. 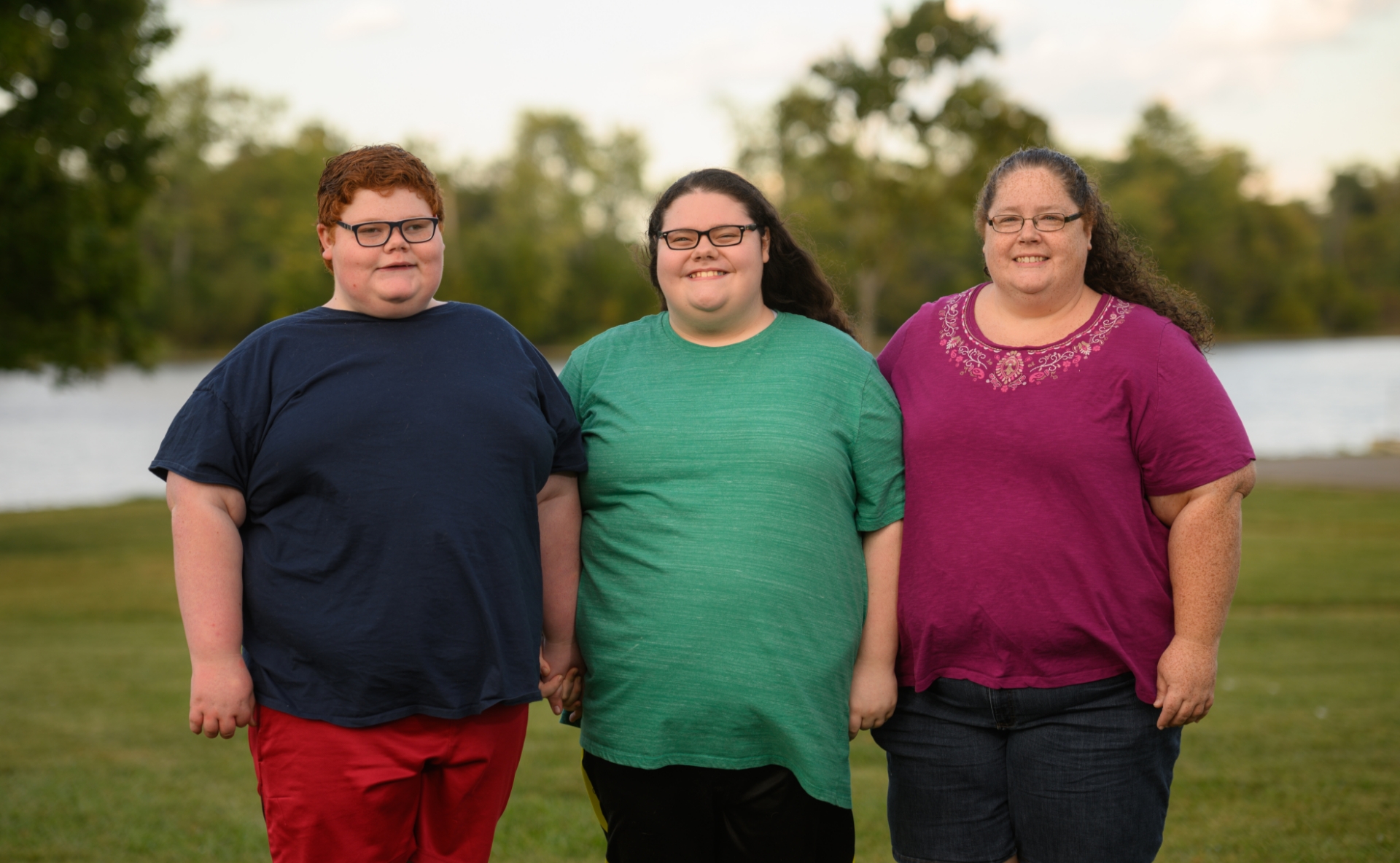 As technology continues to evolve, UK HealthCare’s genetics team will be able to help more families like Abby’s.

“I’m so thankful for UK HealthCare and all they do for us,” said Jamie. “They make sure we’re all taken care of, from head to toe.” 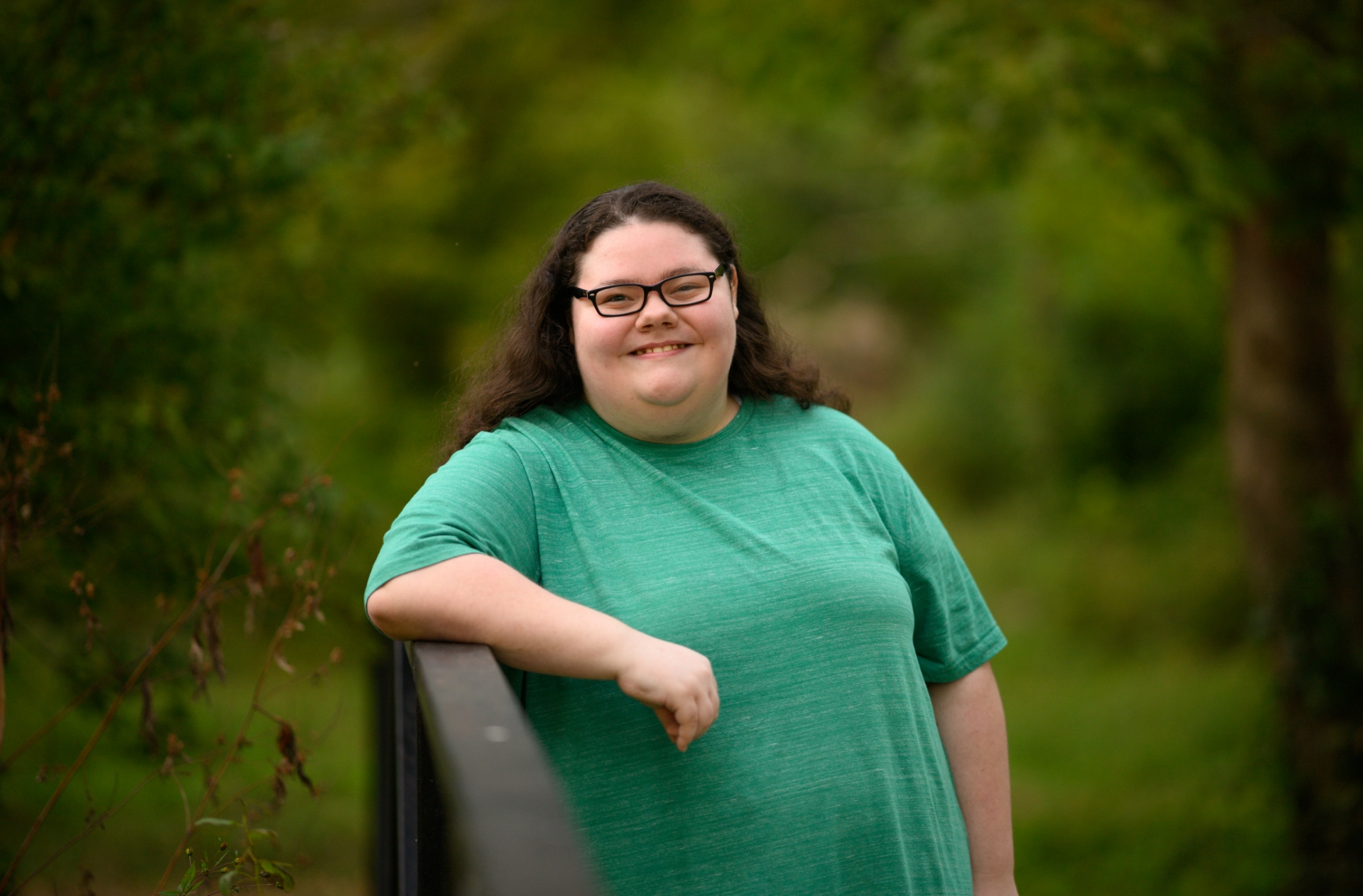 Abby’s motto: “I’m going through this because God is going to use it to help somebody else.”

“They were so prepared for something so rare.”Pediatric Services