“I don’t remember getting up and going to UK in the morning. The only thing I remember was going to sleep the night before, and then waking up a month and a half later. I remember dying four times in my dreams—and them bringing me out of a coma.” 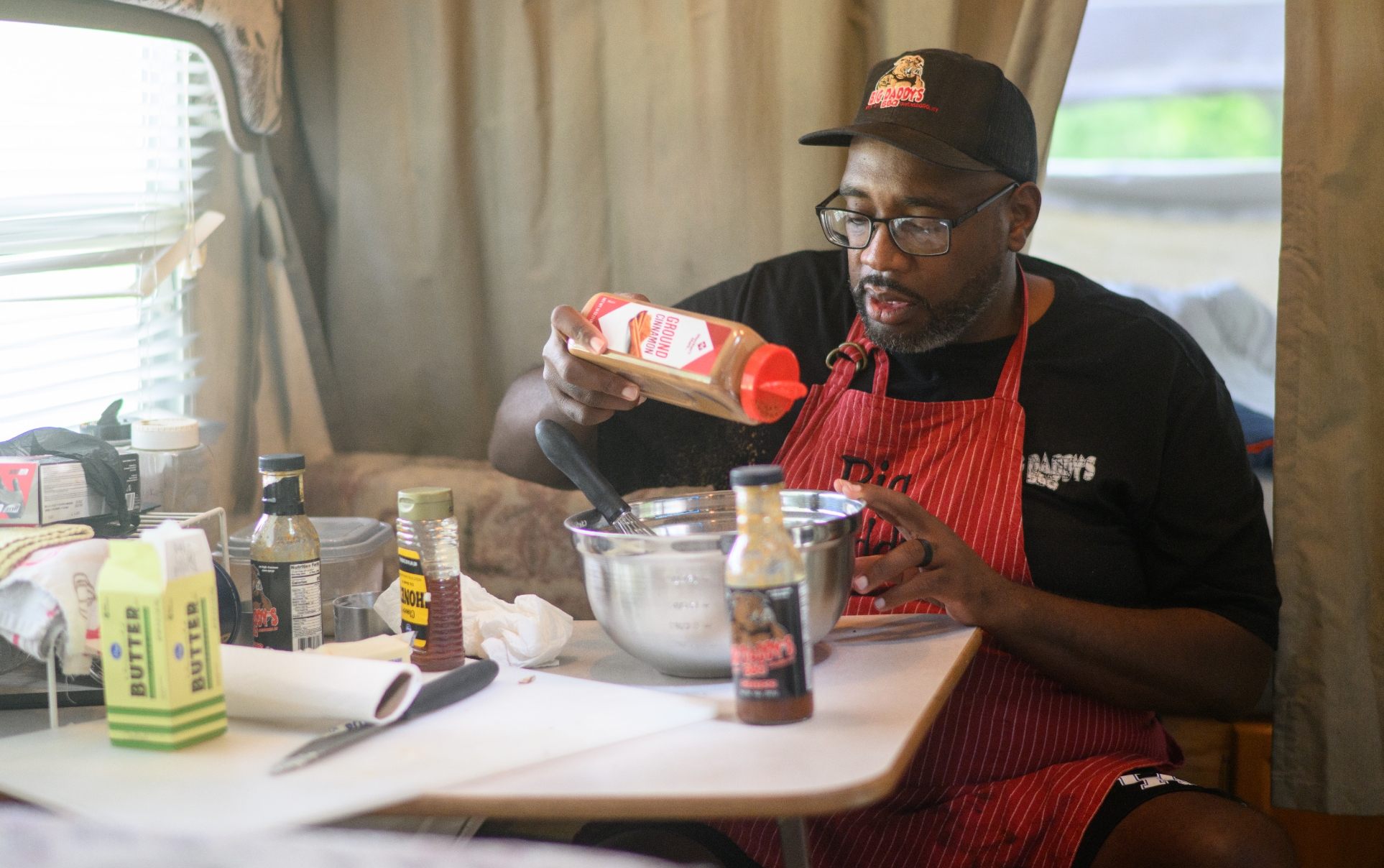 Joshua blends up a batch of his signature Big Daddy’s BBQ sauce.

Joshua “Big Daddy” Taylor was finally waking up from a medically-induced coma after going into cardiac arrest in July 2018. While the team at UK HealthCare’s Gill Heart & Vascular Institute had been able to resuscitate him after his heart stopped beating, his body was so weak that a coma was necessary for his body to heal before his team took further steps. It took an extraordinary level of advanced care—including extracorporeal membrane oxygenation (ECMO) life support, dialysis and a Left Ventricular Assist Device (LVAD) surgery—to keep him alive. 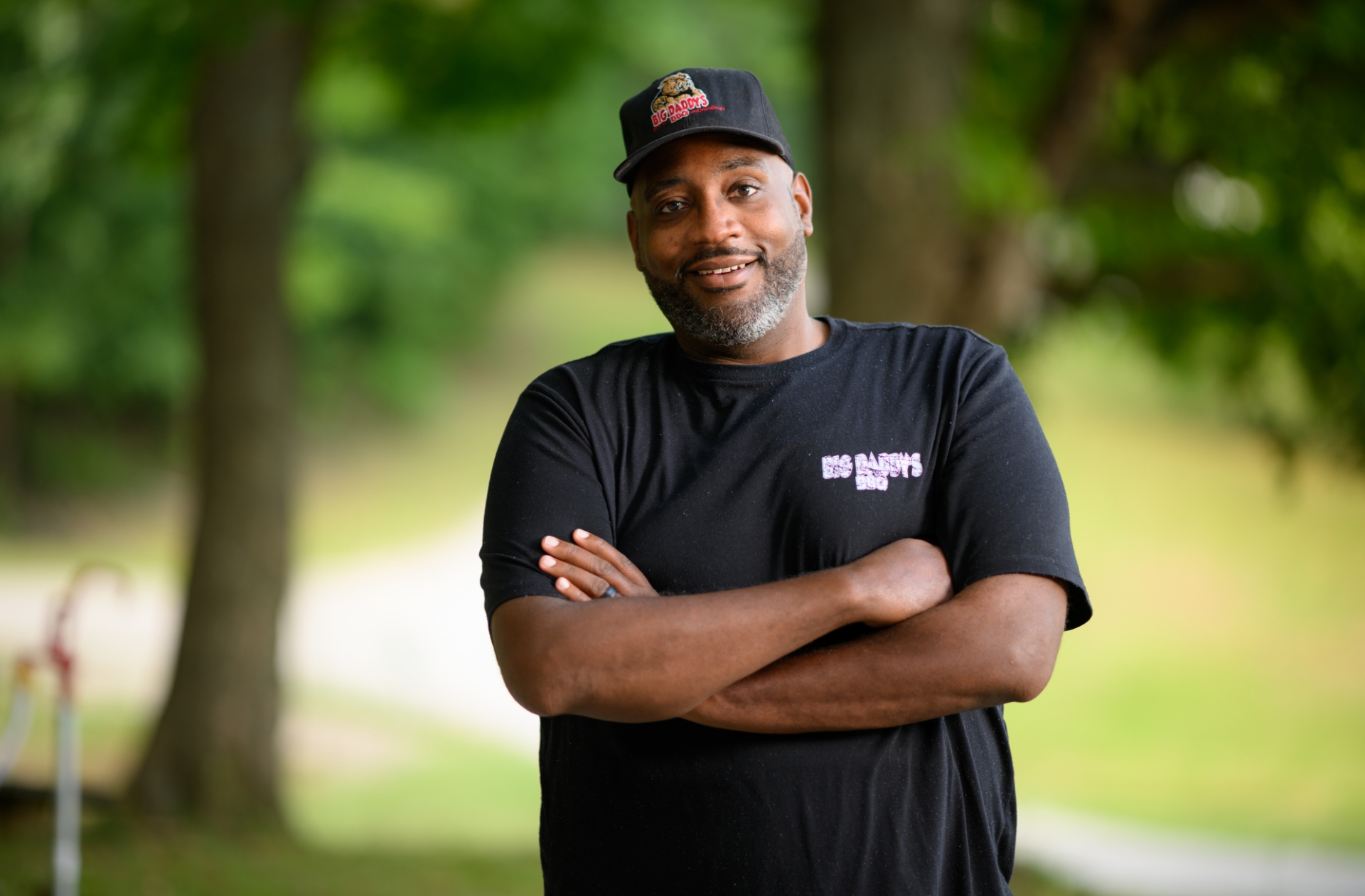 “When I woke up, I didn’t know what was going on,” said Joshua. “All I remember is seeing my wife’s face.”

Joshua was only 27 when he came down with a case of strep throat that would change his life. It led to a diagnosis of viral cardiomyopathy—a disease of the heart muscle. By 2008, Joshua had a pacemaker to help control his heartbeat, and was told by doctors he needed a heart transplant if he wanted to live. The process to get it would take more than a decade. 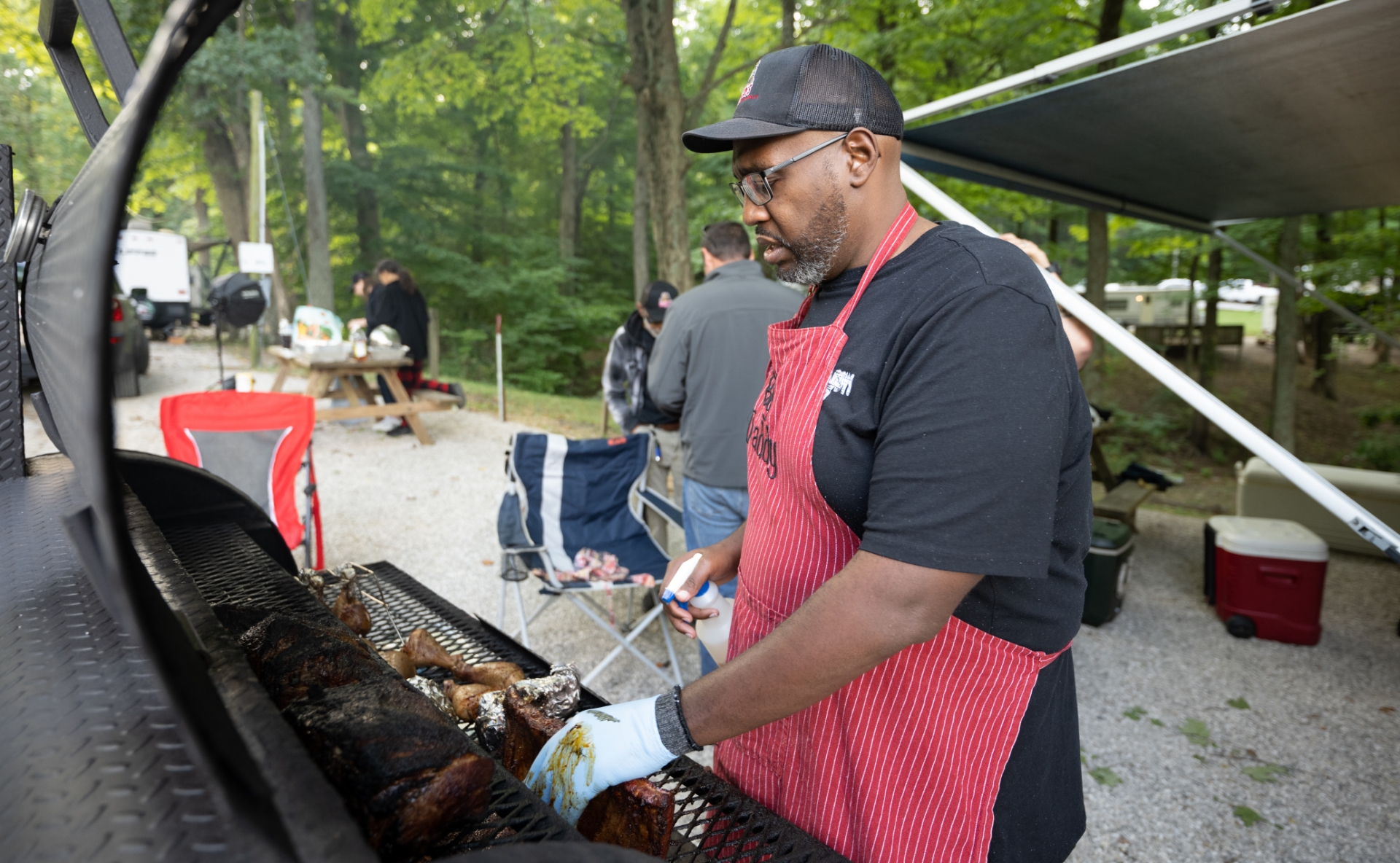 Prior to arriving at UK HealthCare—before the coma, the ECMO, the LVAD, and the transplants—Joshua had been hospitalized in his hometown of Owensboro following a bout with pneumonia and other complications stemming from a routine pacemaker replacement. But as his condition worsened, his doctor recommended he transfer to UK HealthCare. 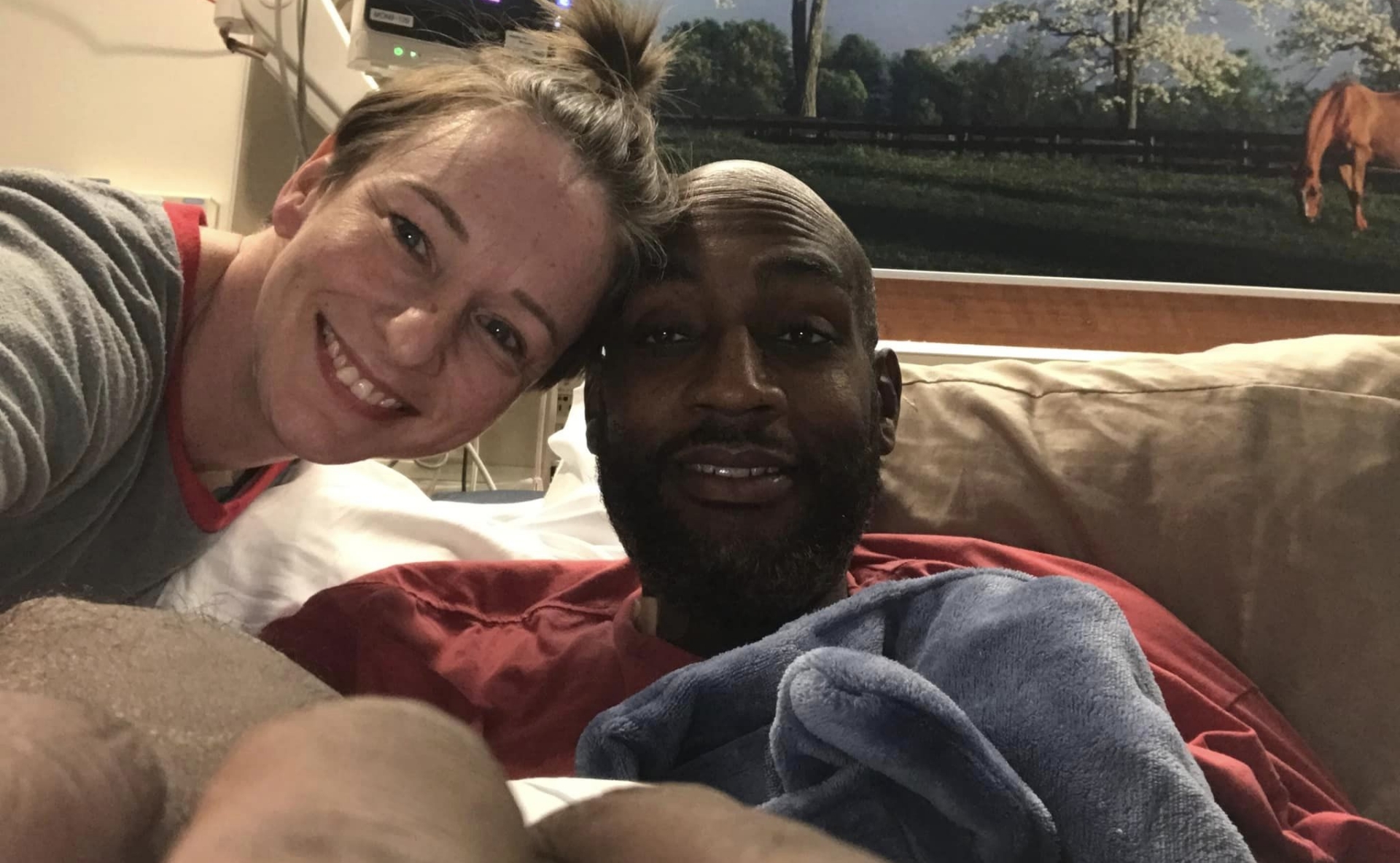 “I always had someone there,” said Joshua. “I cannot imagine going through that without [Jill].”

“So, I got an ambulance and I rode to UK,” said Joshua. “And that was probably the best decision I ever made in my life.”

“You would be dead if not,” finished his wife, Jill. 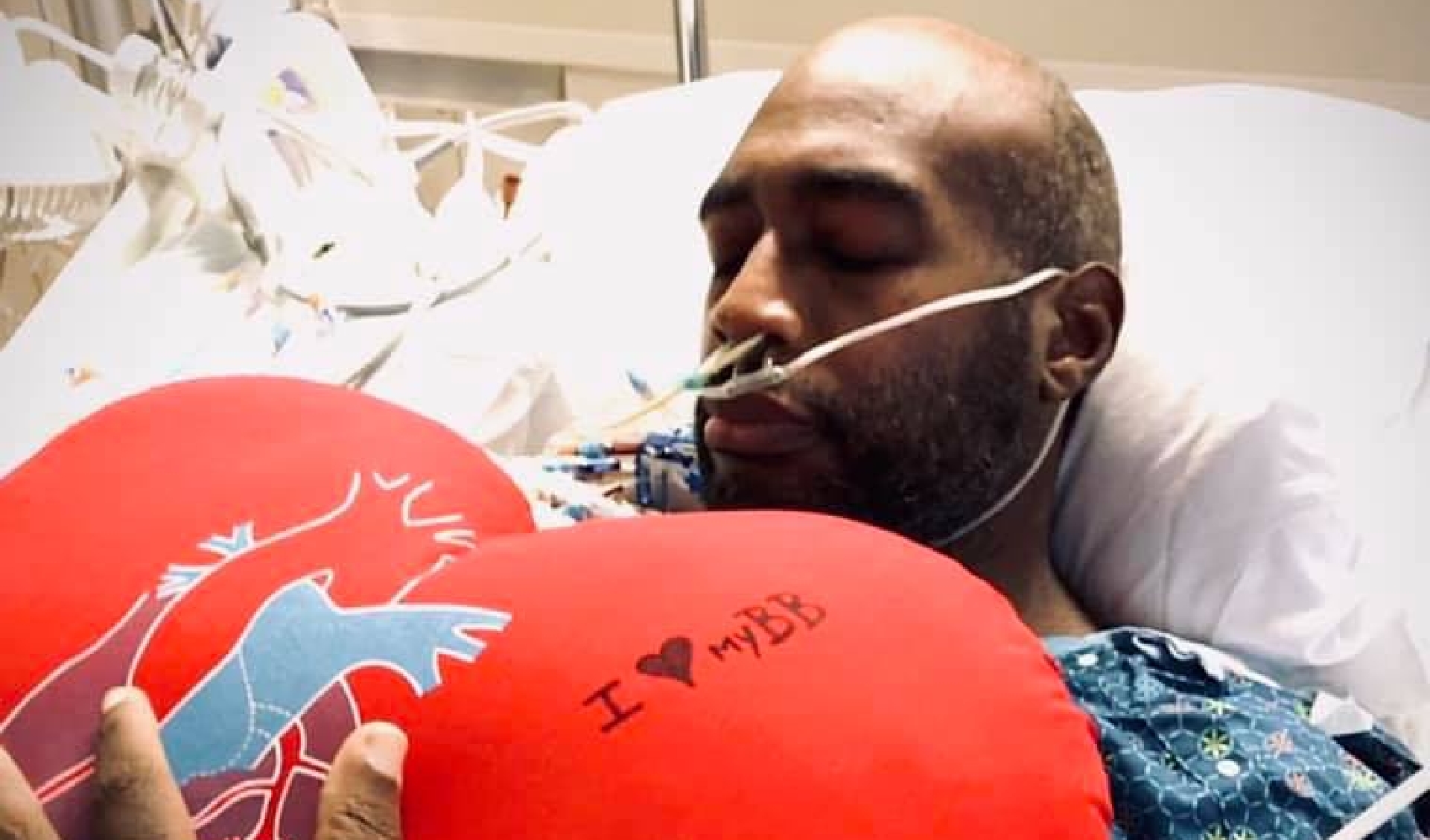 “If he was at home [in Owensboro], he would have died,” said Jill.

Joshua credits Dr. Andrew R. Kolodziej, Medical Director of Heart Transplantation, and the entire team at UK HealthCare, for the fact that he’s here at all.

“I still tell Dr. Kolodziej today that without him, I wouldn’t be here, because he kept telling me, ‘You need to get this LVAD,’” said Joshua. 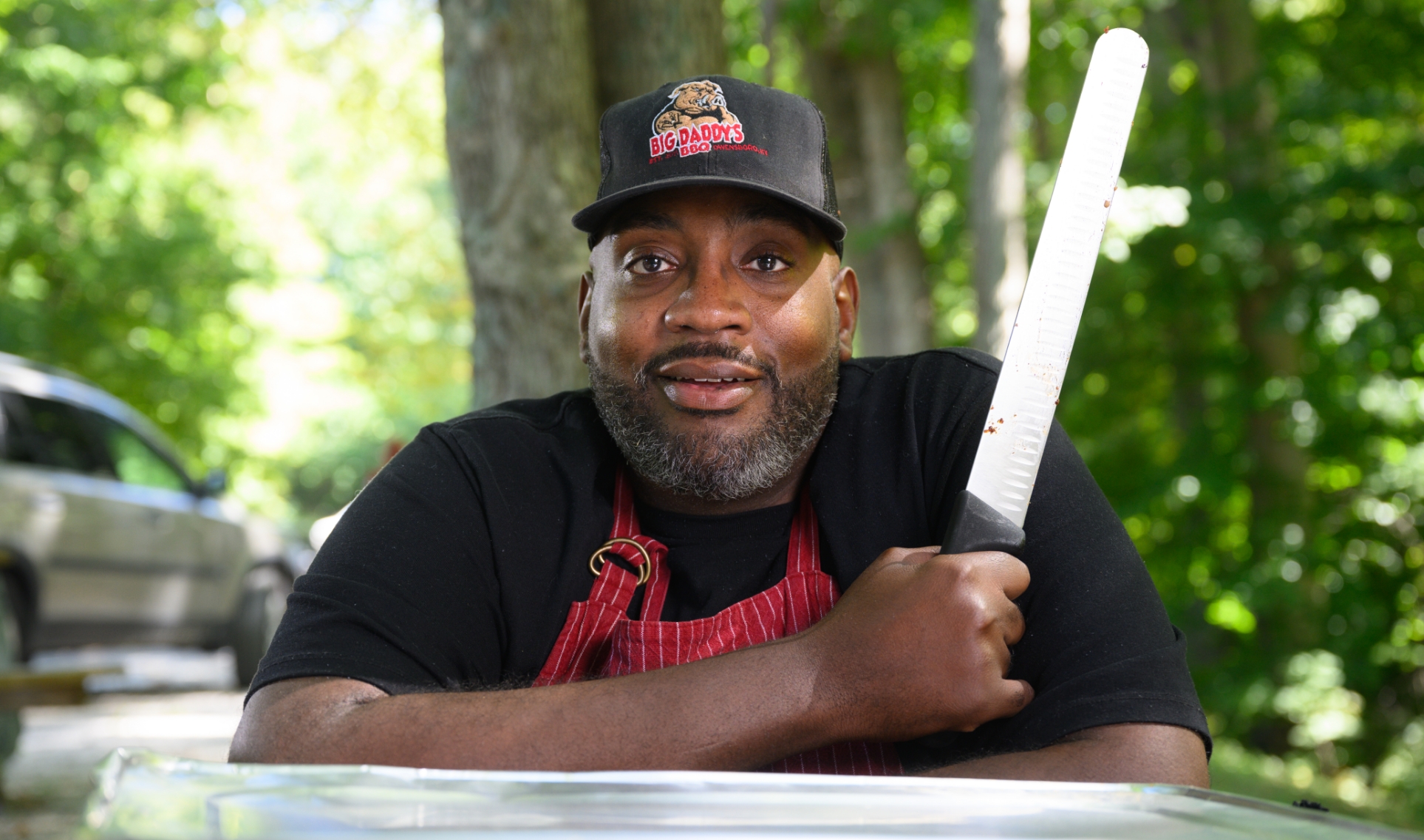 In addition to cooking in competitions, Joshua caters events in the Owensboro area.

Joshua needed to have a Left Ventricular Assist Device (LVAD) implanted in his chest to pump blood from the lower chambers of his heart (ventricles) to the rest of his body. It’s used to treat patients who have reached end-stage heart failure or are waiting for a heart transplant. Joshua had hoped to never need an LVAD—but it was his only hope while he waited for a new heart. 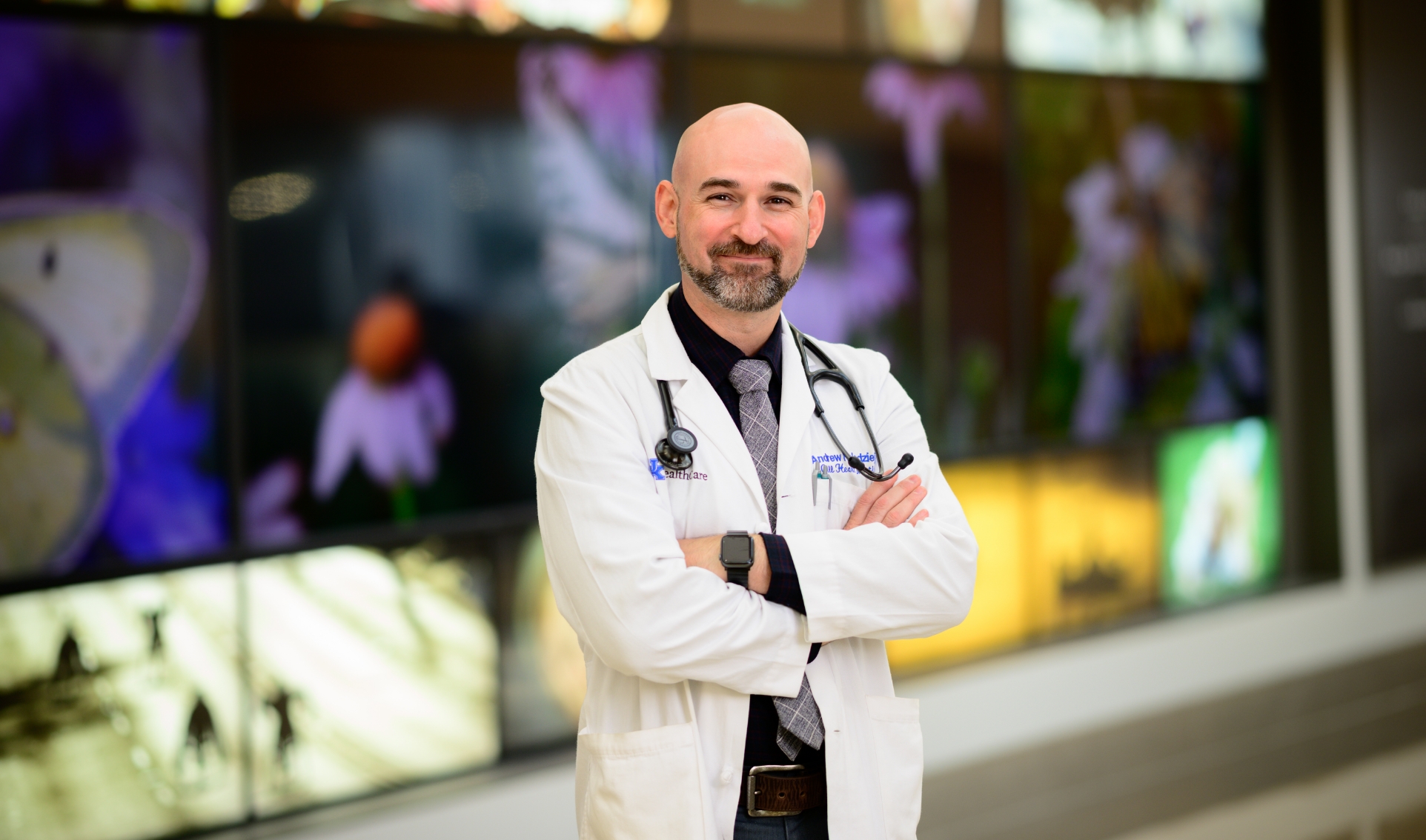 “Our patients are essentially our family,” said Dr. Kolodziej.

As a major procedure requiring open heart surgery and daily monitoring once the device is implanted, the decision to move forward with an LVAD is never taken lightly. According to Dr. Kolodziej, it’s a group effort between cardiologists, surgeons, nurses, transplant coordinators, the patient and their family.

“Everybody has a hand in making these decisions because every aspect is absolutely crucial,” said Dr. Kolodziej. “Jill was also an integral part of the process, and without her, I don’t think we would have made it to where he is today.” 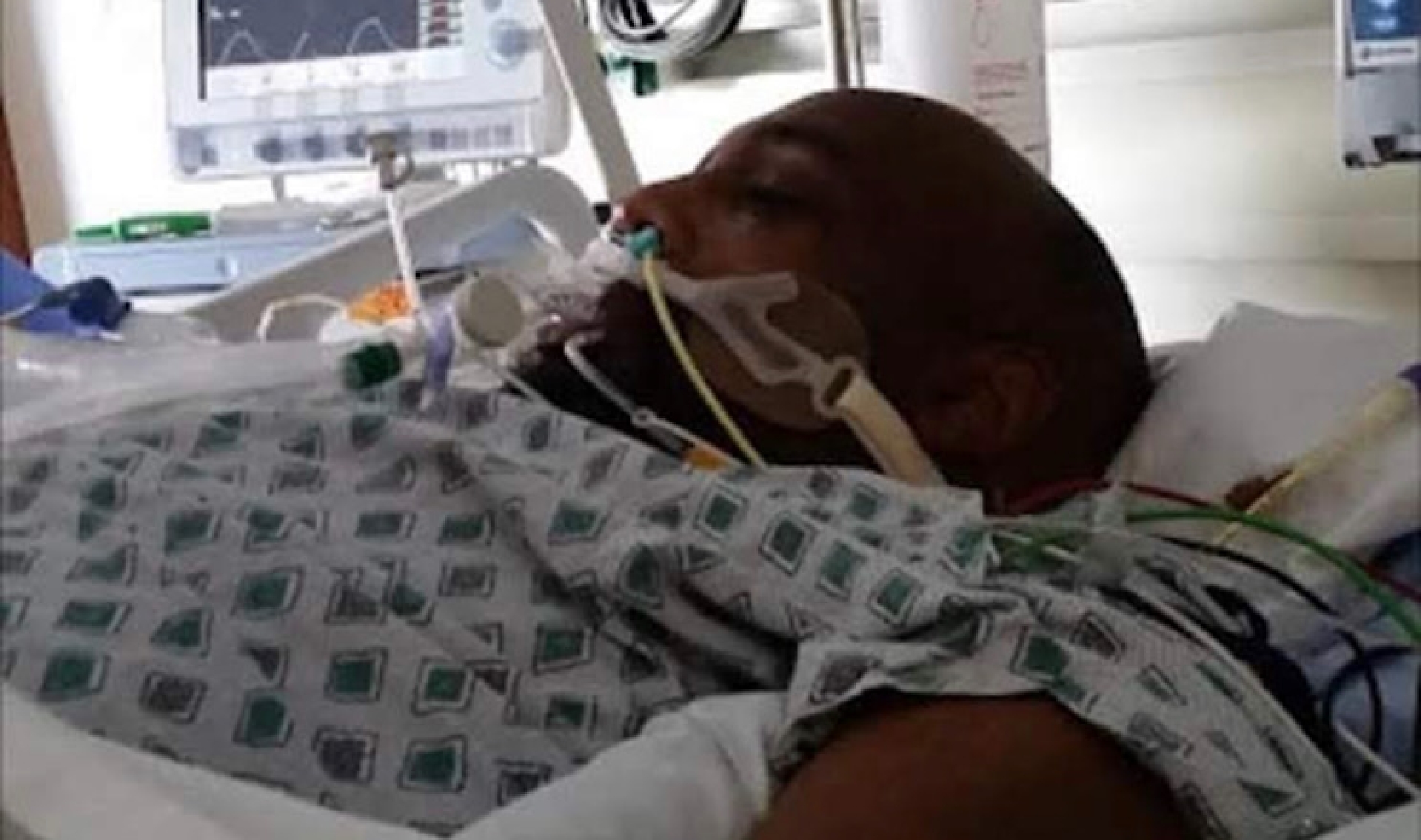 “I couldn’t do anything,” said Joshua. “I was just a shell of a person.”

Because Joshua was so sick when he arrived at UK HealthCare, he almost didn’t survive the LVAD procedure, which was performed by Dr. Rajasekhar S. R. Malyala, a cardiovascular and thoracic surgeon on UK HealthCare’s Heart Failure, MCS and Transplant Team. And when Joshua woke up from the surgery, he couldn’t move or speak. He had developed severe muscle atrophy and could only communicate by blinking his eyes. 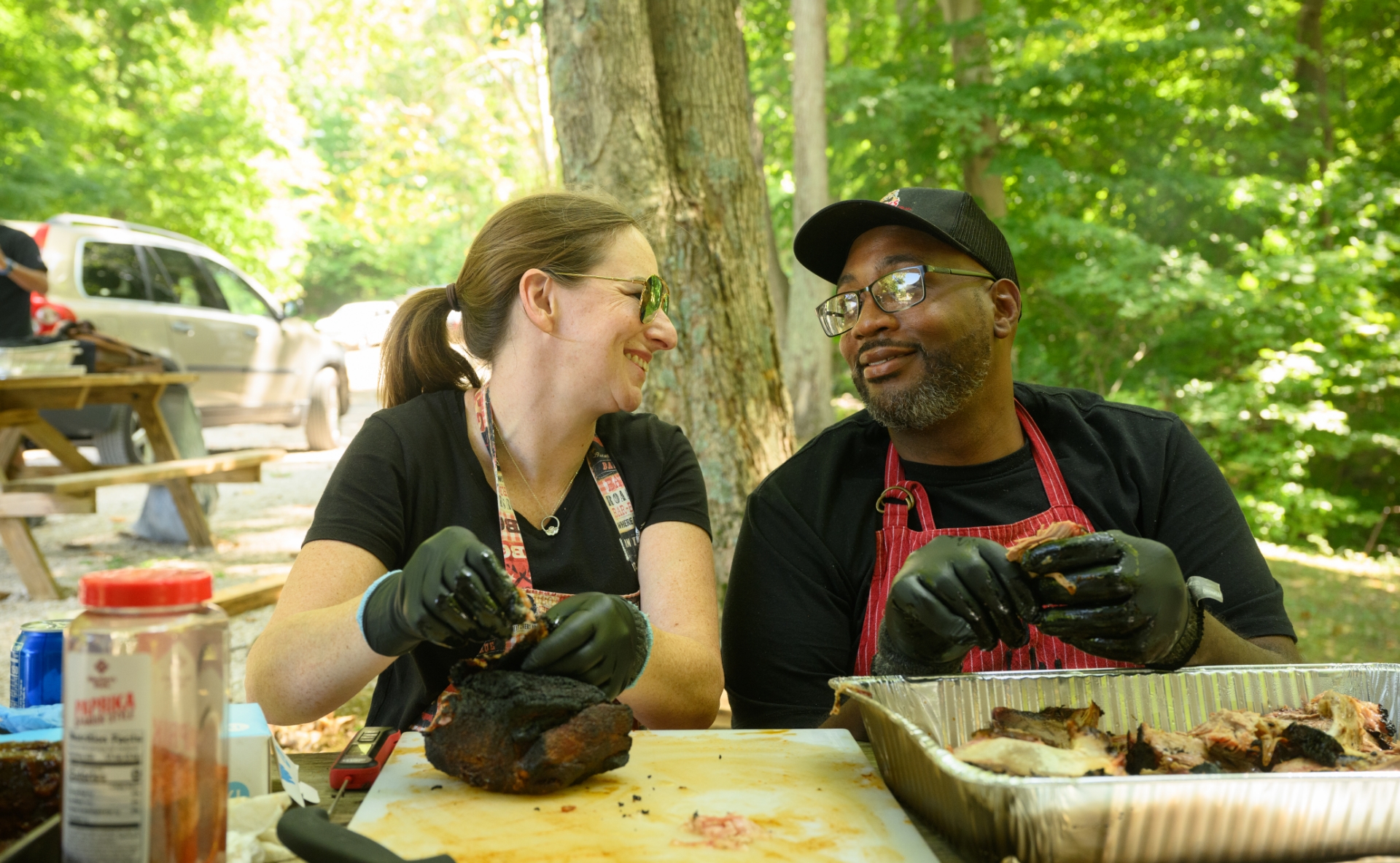 This year, Joshua and Jill celebrated their eleventh anniversary. 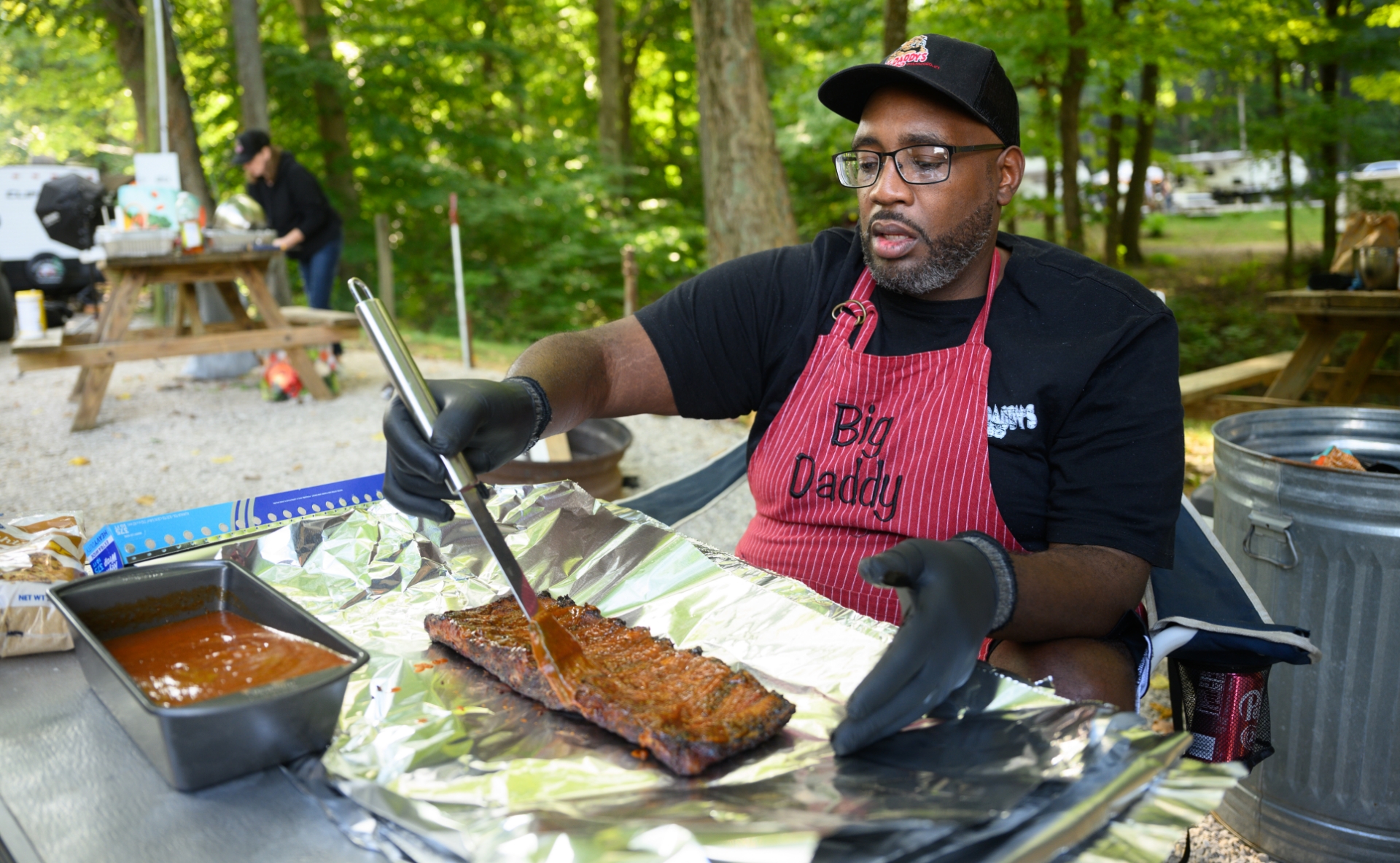 Big Daddy’s BBQ sauce has grown from a small operation to being sold in stores around Owensboro.

“In addition to caring for Joshua physically, we understood that this was a huge mountain for him to climb, mentally and emotionally,” said Kathryn Gaines, Joshua’s physical therapist. “We spent a lot of time talking through whatever was on his mind and assuring him that he was not alone. We were there every step of the way.” 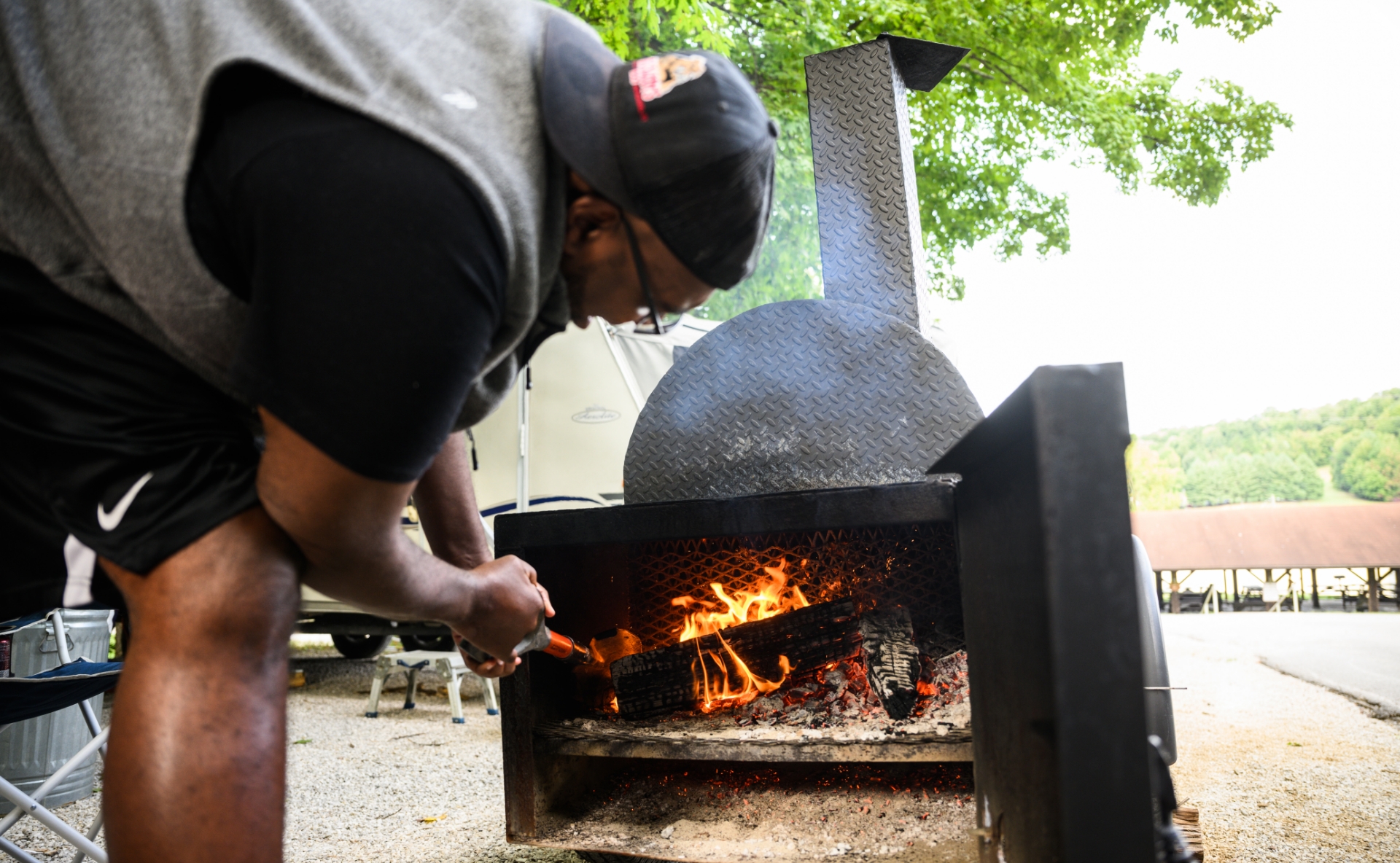 “I had to learn how to do everything all over again—how to walk, how to talk,” said Joshua.

After receiving round-the-clock care and continuous support for 180 days, Joshua was discharged from UK HealthCare in December of 2018 for outpatient rehabilitation services. In the months that followed, Joshua focused on gaining strength and giving his body time to heal as he prepared for the next phase of his journey: a heart and kidney transplant. 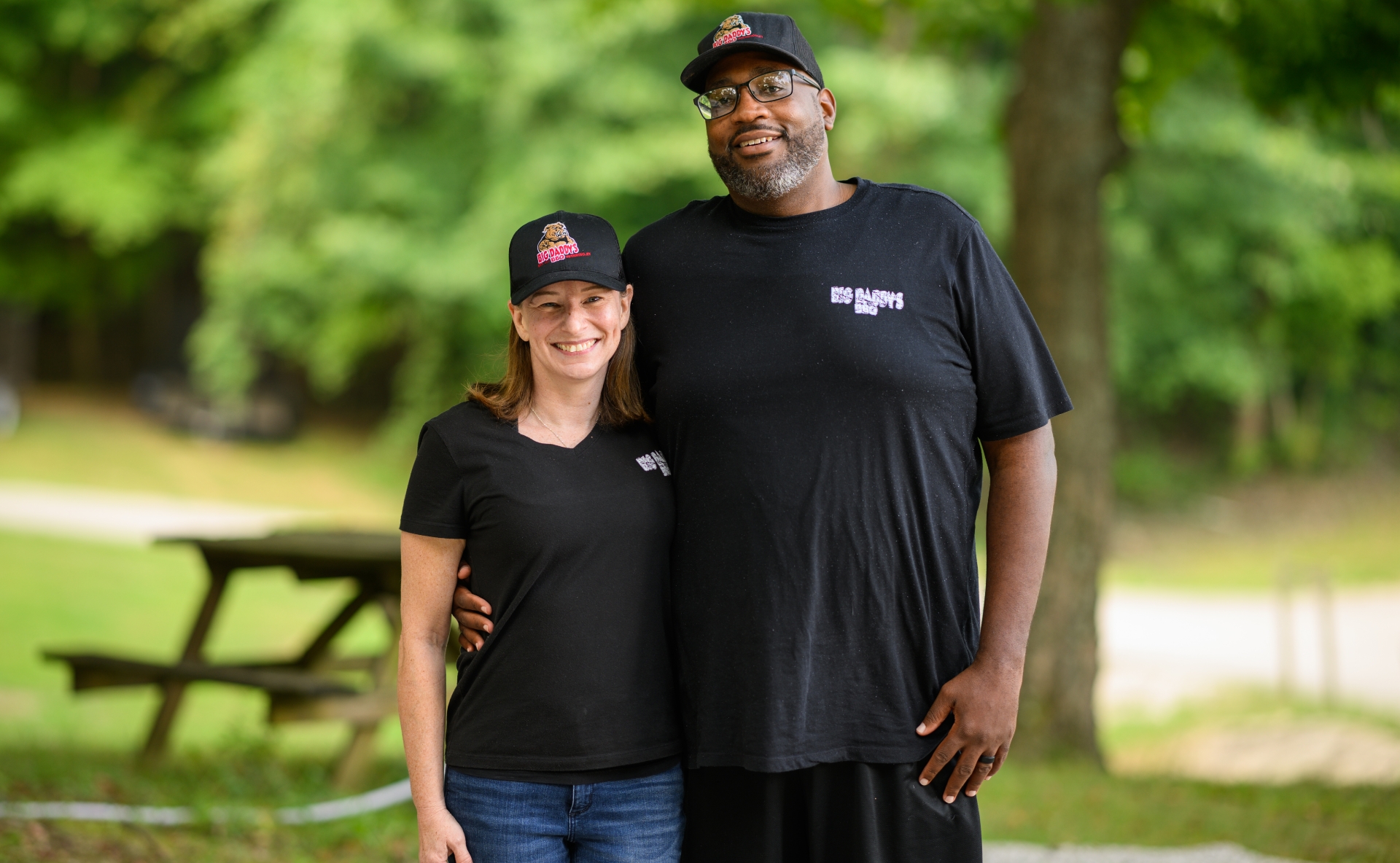 As a breast cancer survivor, Jill knows the strength it takes to tackle a tough diagnosis—something she and Joshua have bonded over.

On October 7, 2020, the entire Gill Heart & Vascular Institute team rallied around Joshua to support him through the 12-hour double transplant surgery—performed by Dr. Malyala and Dr. Siddharth Desai, kidney transplant specialist—that finally provided him with a healthy heart, a healthy kidney, and a second chance at life.

“A lot of times, you have to go through something to realize it’s no joke,” said Joshua. “When I first got sick, I was in denial, thinking I didn’t have heart problems. This was a huge wake-up call, and I don’t take life for granted at all.” 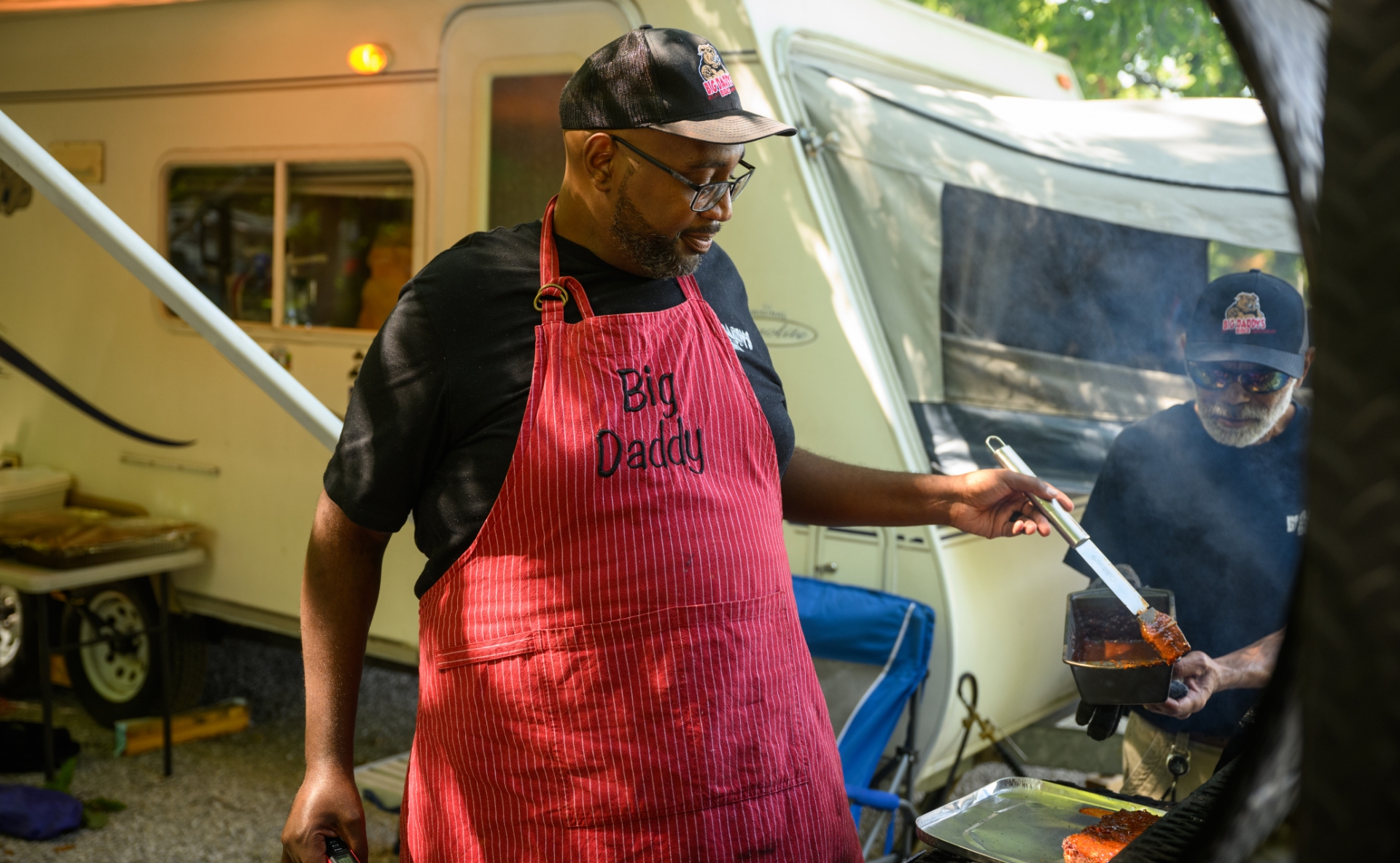 “It’s hard for people to say that they’re okay,” said Joshua. “Right now, I can actually say that I’m okay.”

Joshua is still living with the effects of his ordeal, including a leg condition called drop foot that requires him to occasionally wear a foot brace, as well as more recent nerve damage and radial nerve palsy. But for the first time in years, he’s starting to look to the future. His catering business, Big Daddy’s BBQ, is taking off in Owensboro, and his sauce is flying off grocery store shelves. When he’s not behind the grill preparing for barbecue competitions, he’s keeping up with his workouts, taking care of his new heart and kidney. 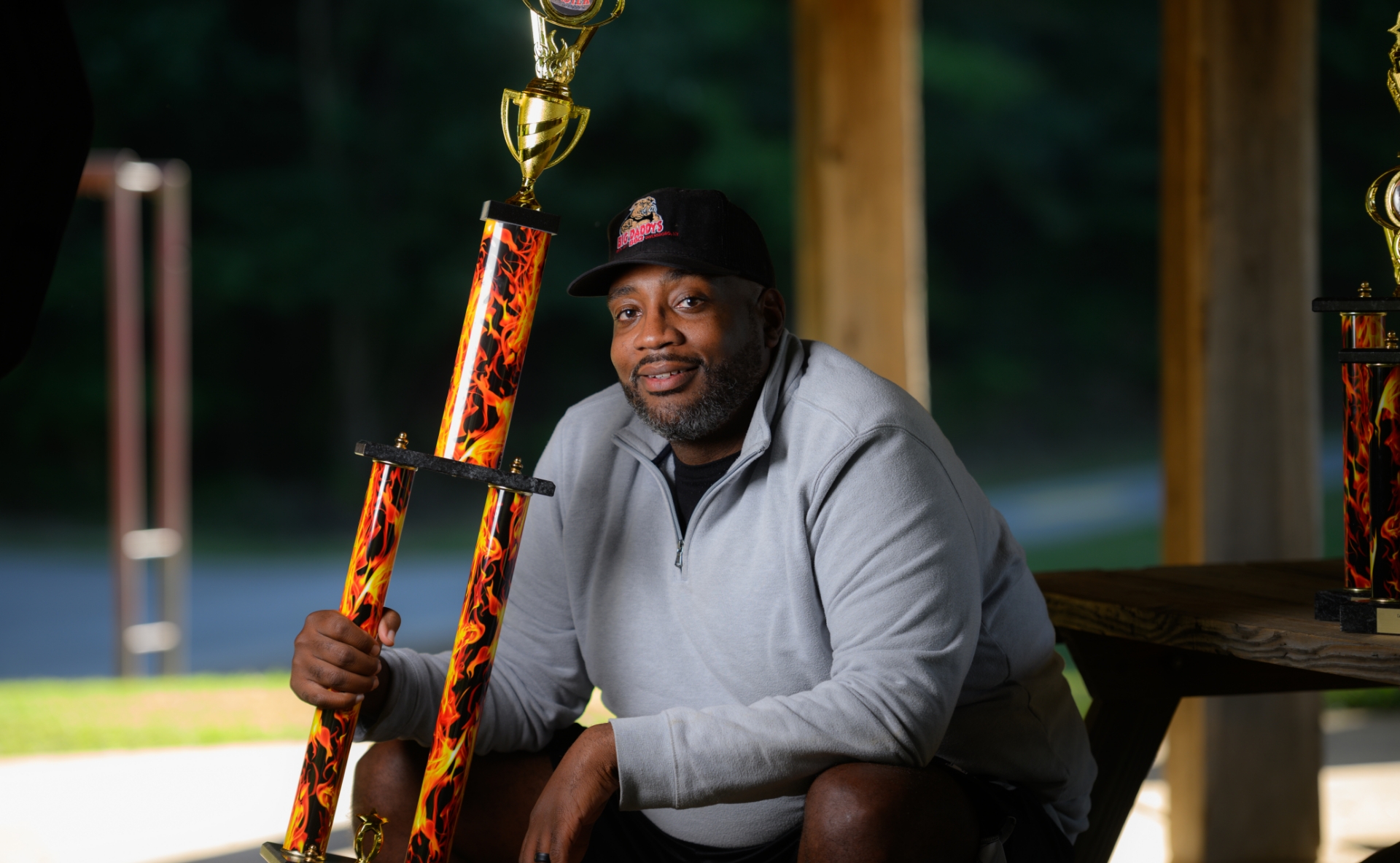 Joshua took home first prize in a recent barbecue competition in Owensboro—his first since his illness.

“Joshua is taking great care of himself,” said Kathryn. “He is living his life to the fullest, the way we hope all of our patients can. Joshua proves that you can be in the most deconditioned state possible—and through hard work and the will to get better, it is possible to get your life back.” 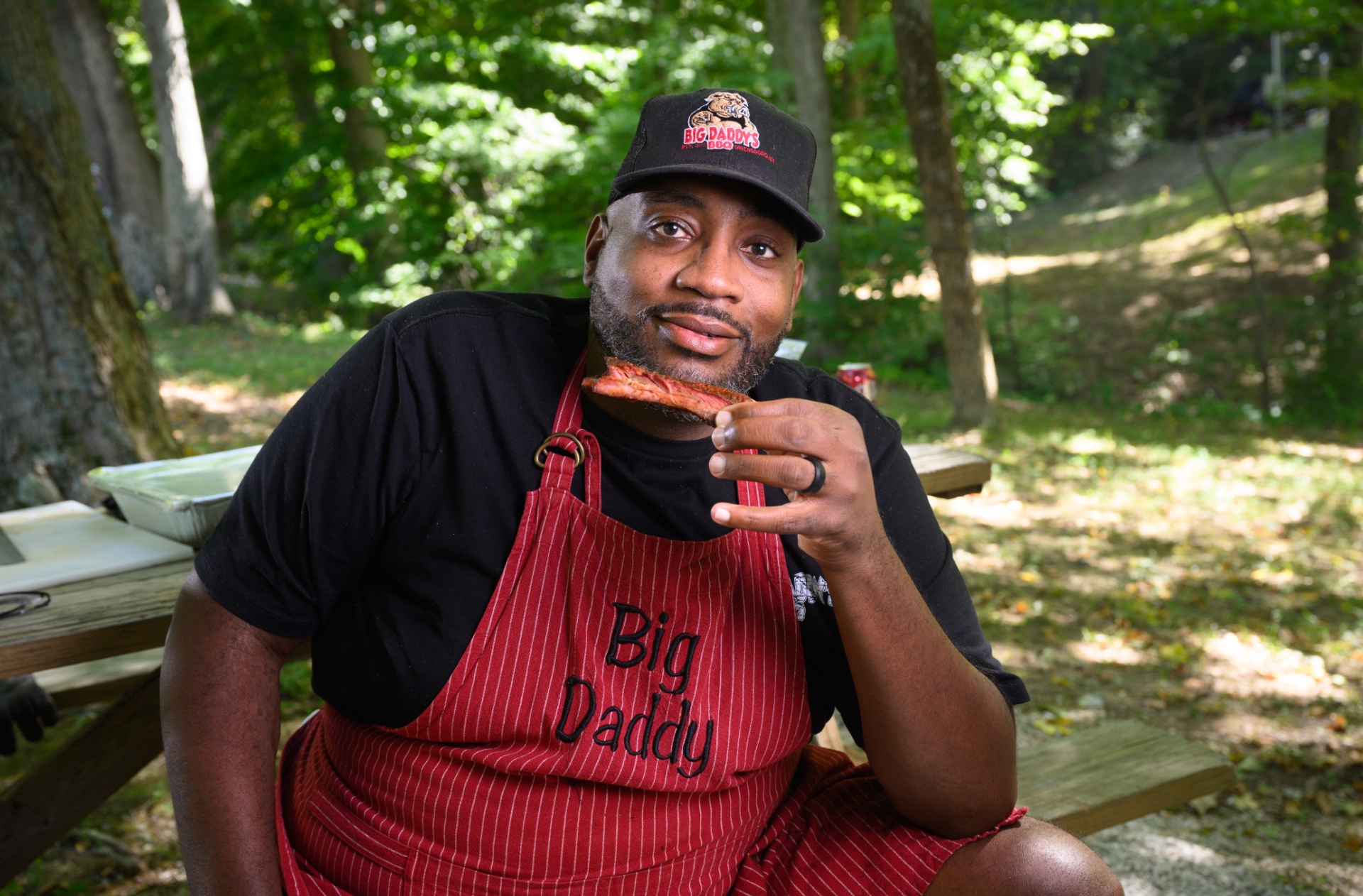 “We’re in this together, and we always will be.”Transplant