When Lucy Bruggeman’s doctor ordered bloodwork, it was just to rule out a hunch. At first, eight-year-old Lucy’s parents thought she’d caught strep throat, or maybe the flu. But as her symptoms progressed to a high fever and an upset stomach over the course of the week, they realized their daughter was dealing with something worse. 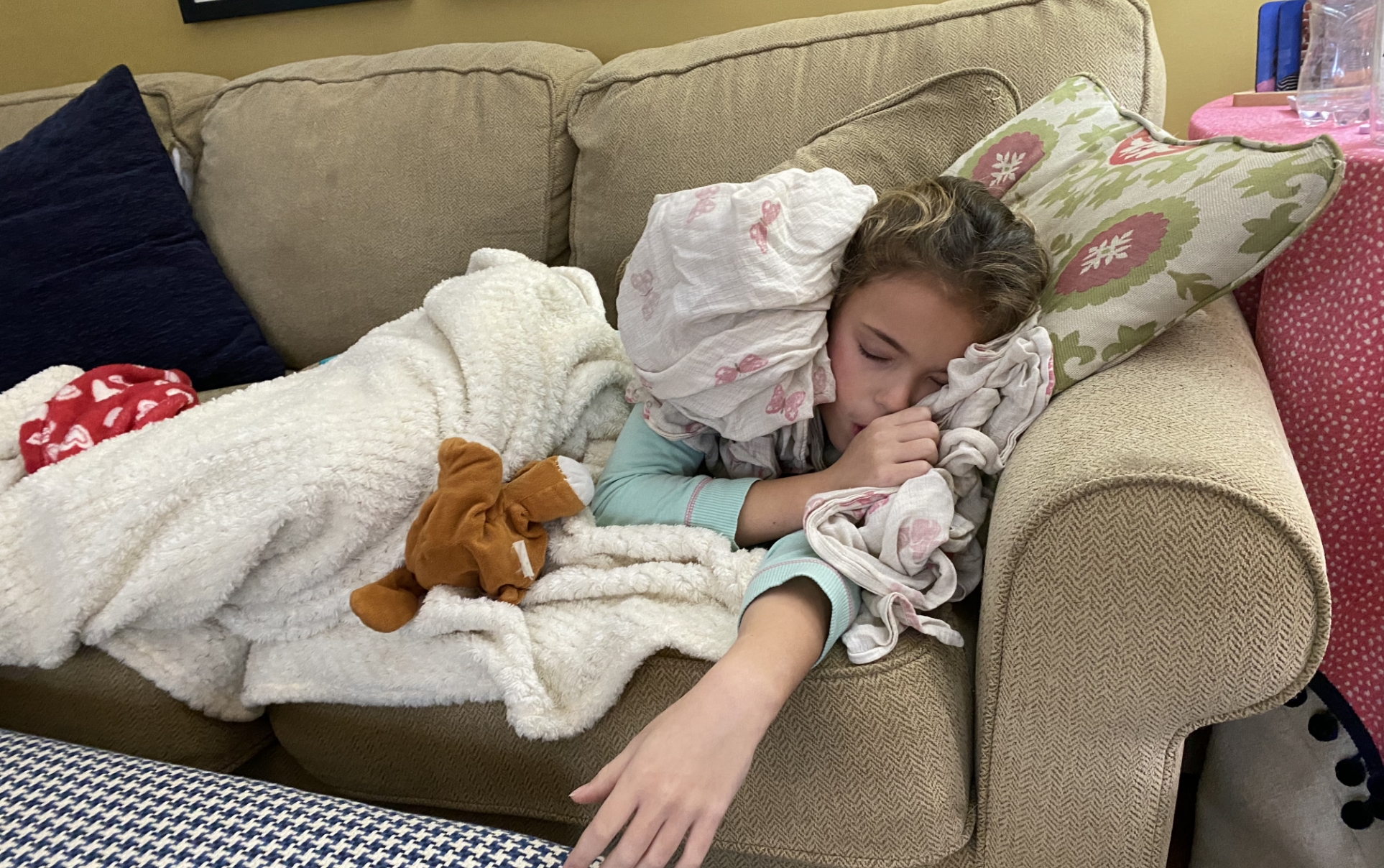 “She started getting what we thought was a normal kind of sick,” said Ann.

“I finally took her to the pediatrician on Friday,” said Lucy’s mother, Ann. “They tested her for COVID, flu, and strep. When all those came back negative, our pediatrician said, ‘You know…I’m going to send her for some bloodwork.’”

Lucy’s pediatrician was testing for something called Multisystem Inflammatory Syndrome in Children, or MIS-C: a rare syndrome associated with COVID. Lucy had it. 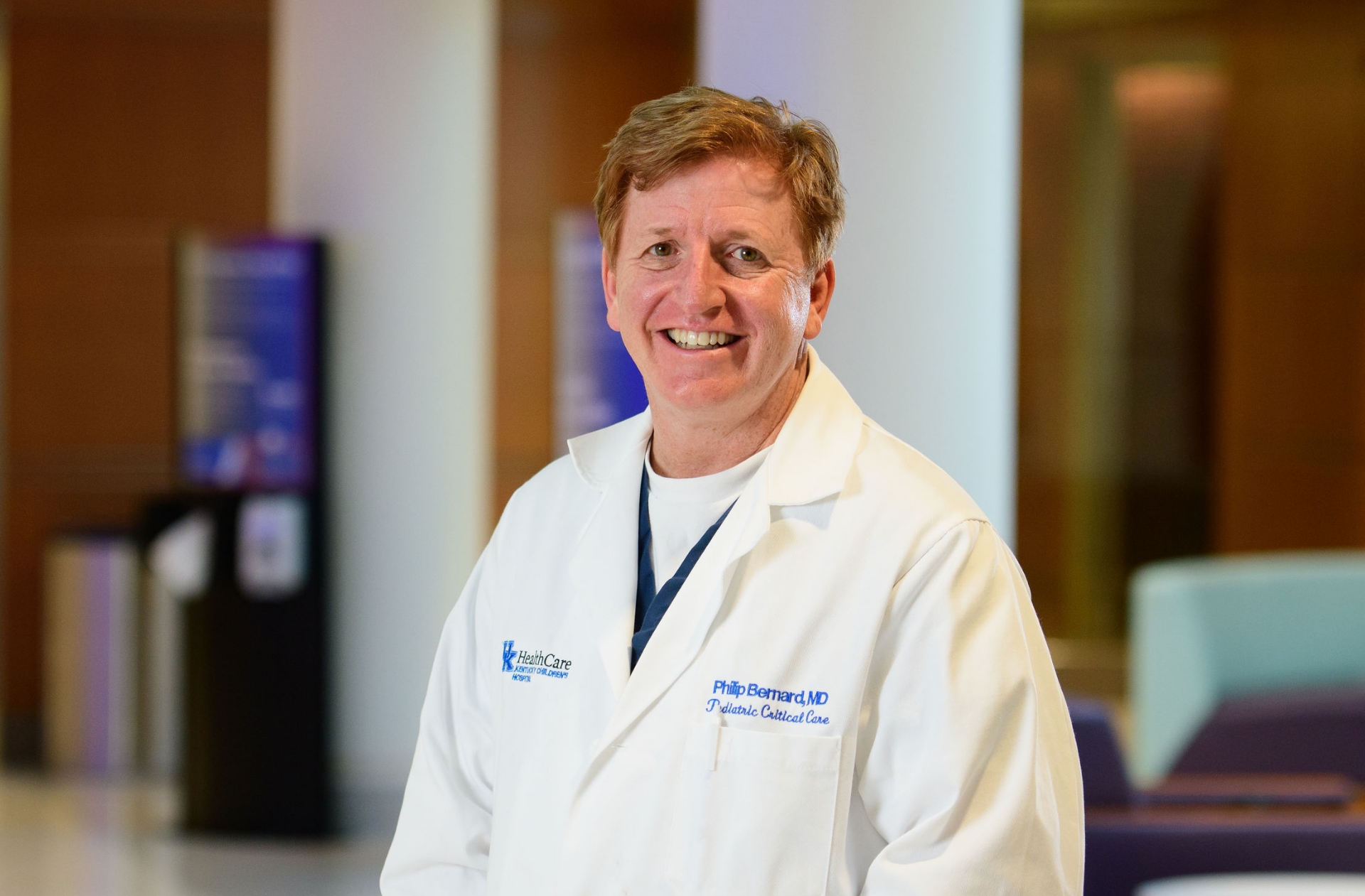 “We started seeing a number of children with MIS-C right after the COVID pandemic started,” said Dr. Philip Bernard, a pediatric intensivist at UK HealthCare’s Kentucky Children’s Hospital. “They would come in in severe shock. The one consistent thing was they all had previously been exposed to COVID, and their immune system just took off.” 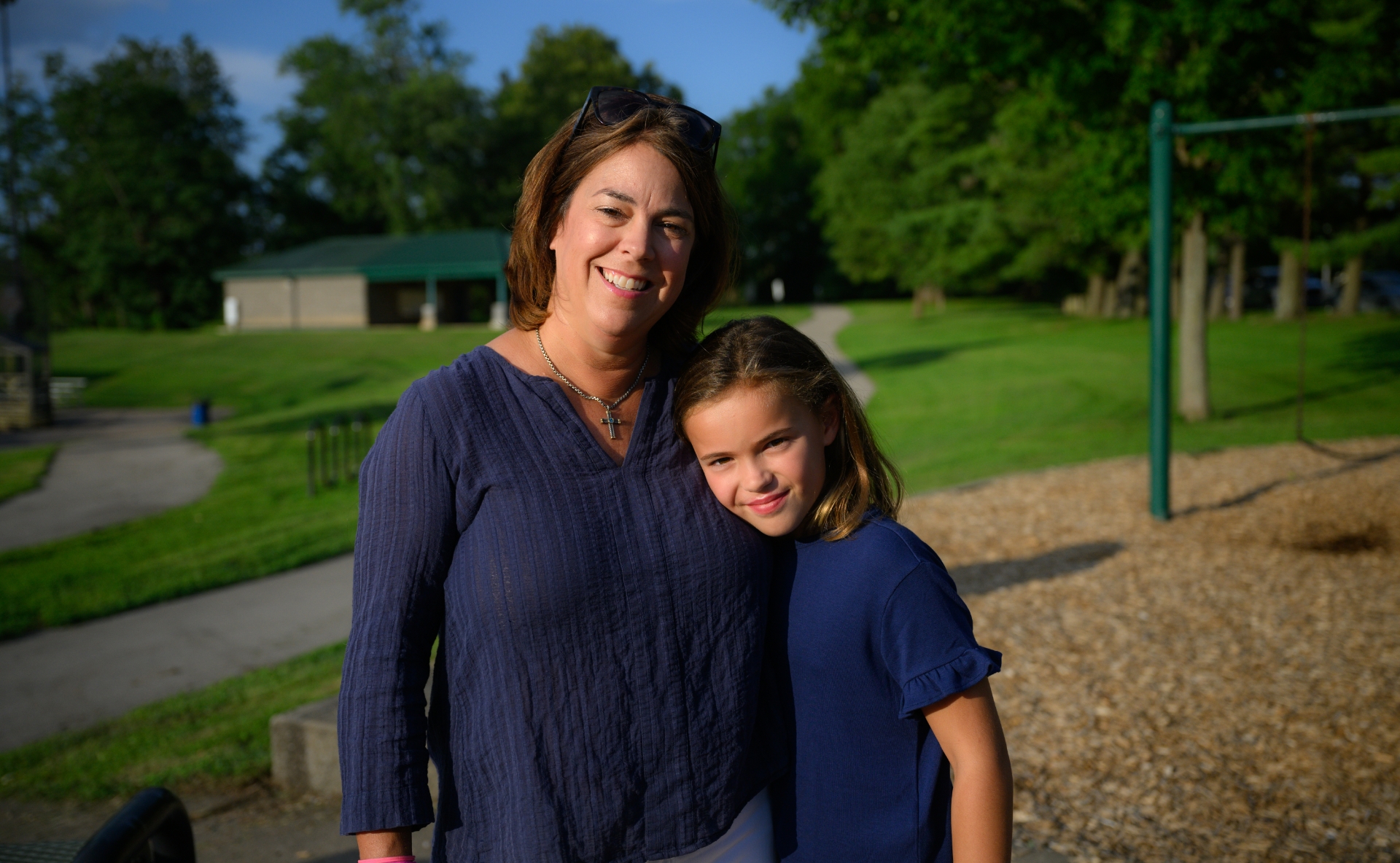 “She had asked me to carry her, which is not like her,” said Ann. “She’s very independent.”

“We did not know that Lucy ever had COVID,” said Ann. Just hours after their appointment, their pediatrician was telling Ann and Kevin, Lucy’s dad, to get their daughter to the hospital as quickly as possible.

“She said, ‘We’ve already called ahead to Kentucky Children’s Hospital, and they have a room for you,’” said Ann. “‘You need to go immediately.’” 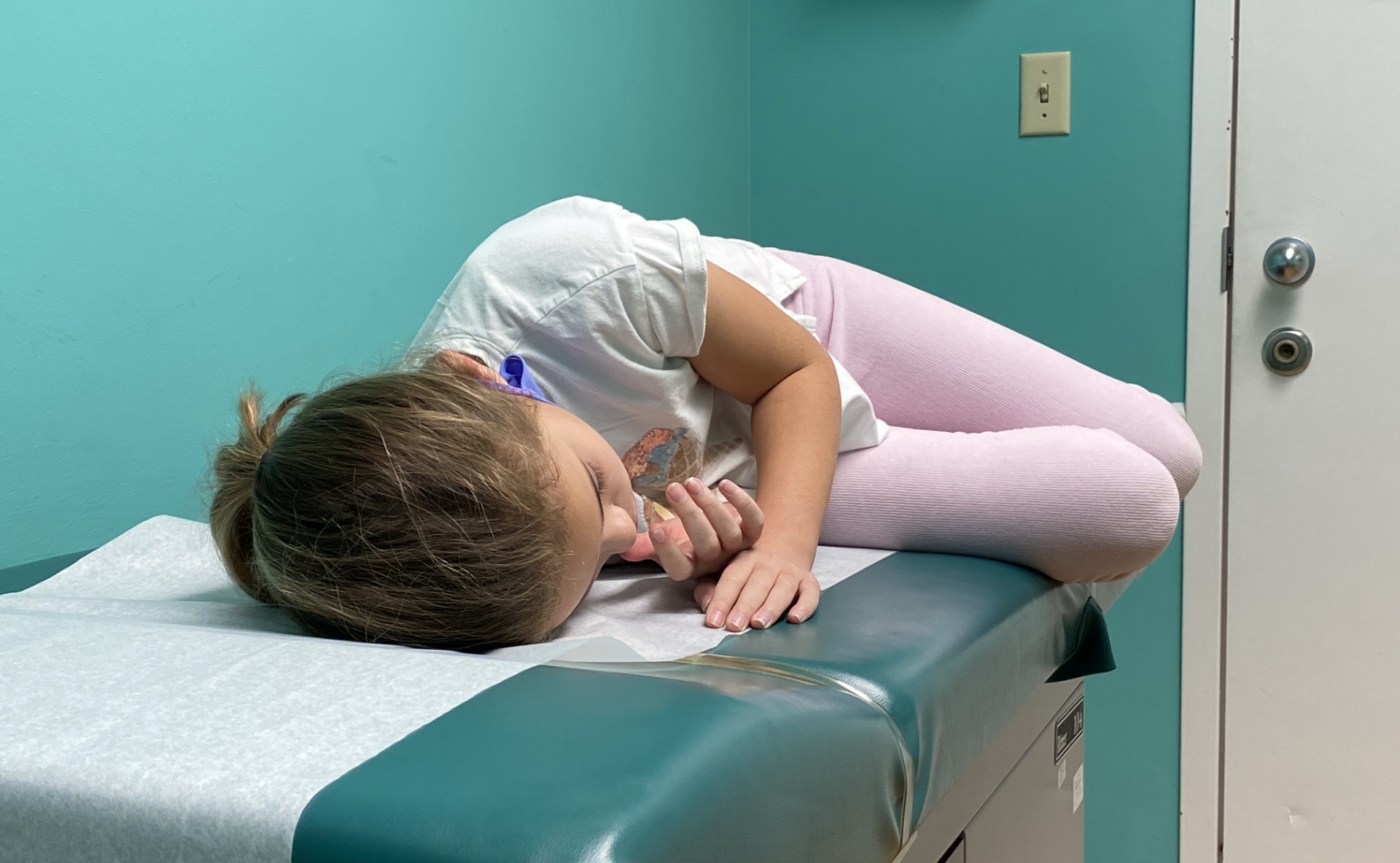 “Lucy was exhausted,” said Ann. “To the point where she really wasn’t functioning.”

MIS-C can lead to major inflammation of the organ systems, skin, and brain, and most children with the condition arrive at the hospital in bad shape. “They have tachycardia,” said Dr. Bernard. “A lot of times they have evidence of kidney or liver injury, and sometimes inappropriate clotting. Lucy had worsening symptoms over three days.”

As soon as the Bruggemans arrived at the hospital, Lucy’s doctors got to work. 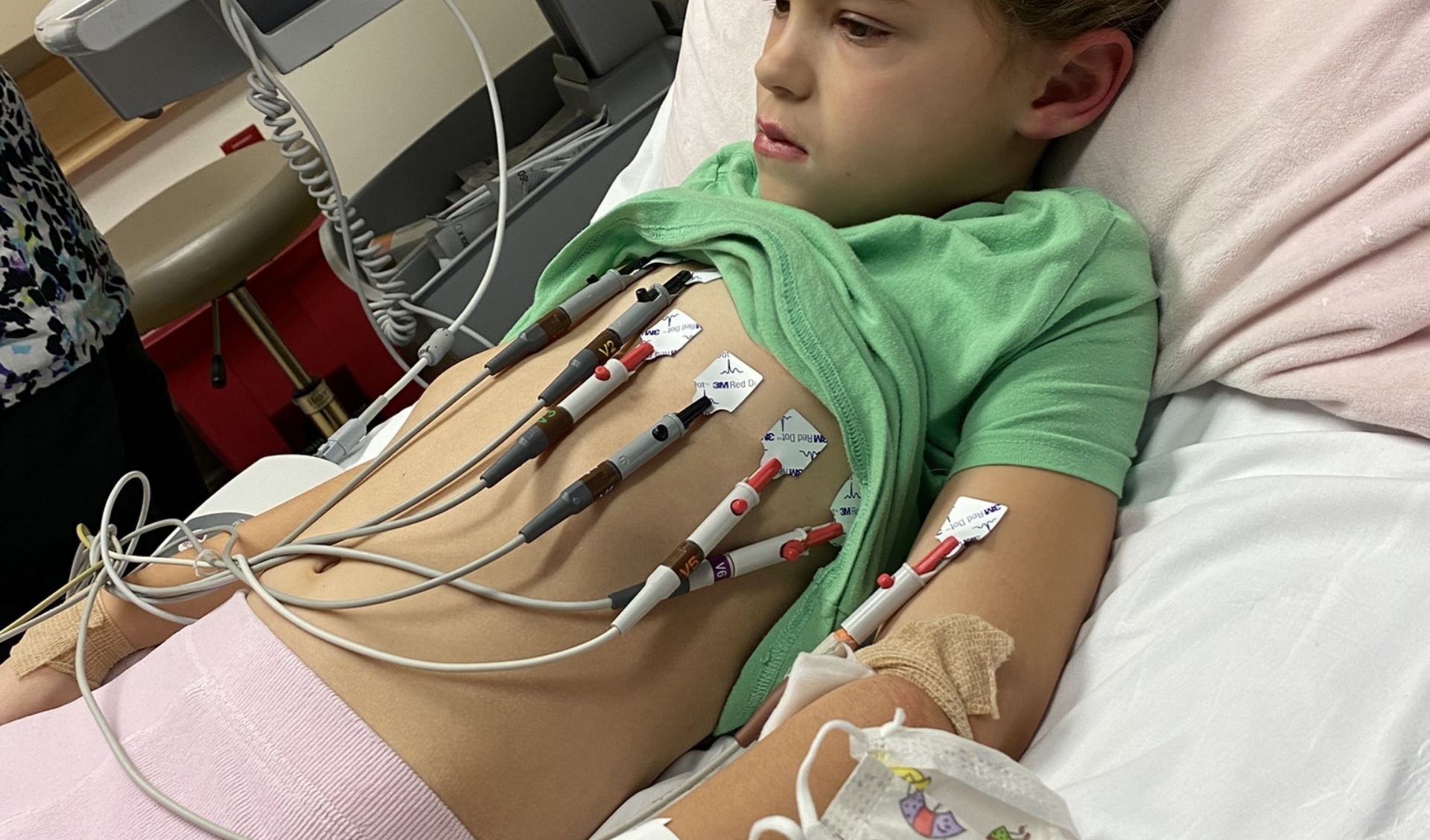 “The ER had a room reserved for us,” said Ann. “We knew it was pretty serious at that point.”

“They immediately just hooked her up to every monitor,” said Kevin. “It was extremely overwhelming. The doctor came in and explained the situation: that Lucy was very sick, but also that it was very treatable—that the treatment was very aggressive, but it was very effective.” 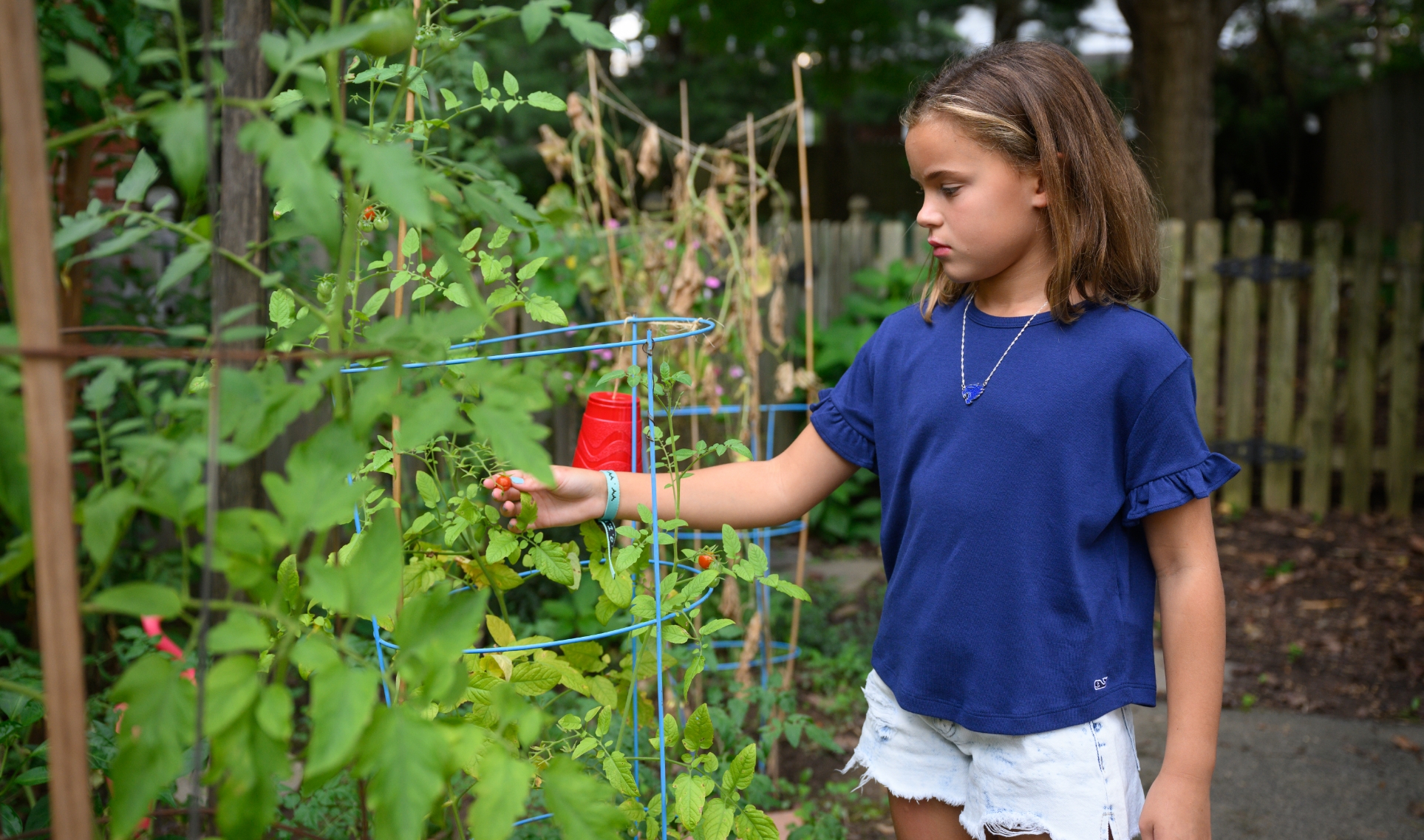 Lucy enjoys being outdoors, even when she’s not playing.

When Lucy was admitted, her blood pressure was low and her heart was tachycardic, or beating way too fast. “She had to be placed on epinephrine, or what most people would call adrenaline,” Dr. Bernard said. “You have to stop the progression of shock. [IV antibodies and medications] will arrest the progression in many cases. That’s exactly what happened with Lucy.” 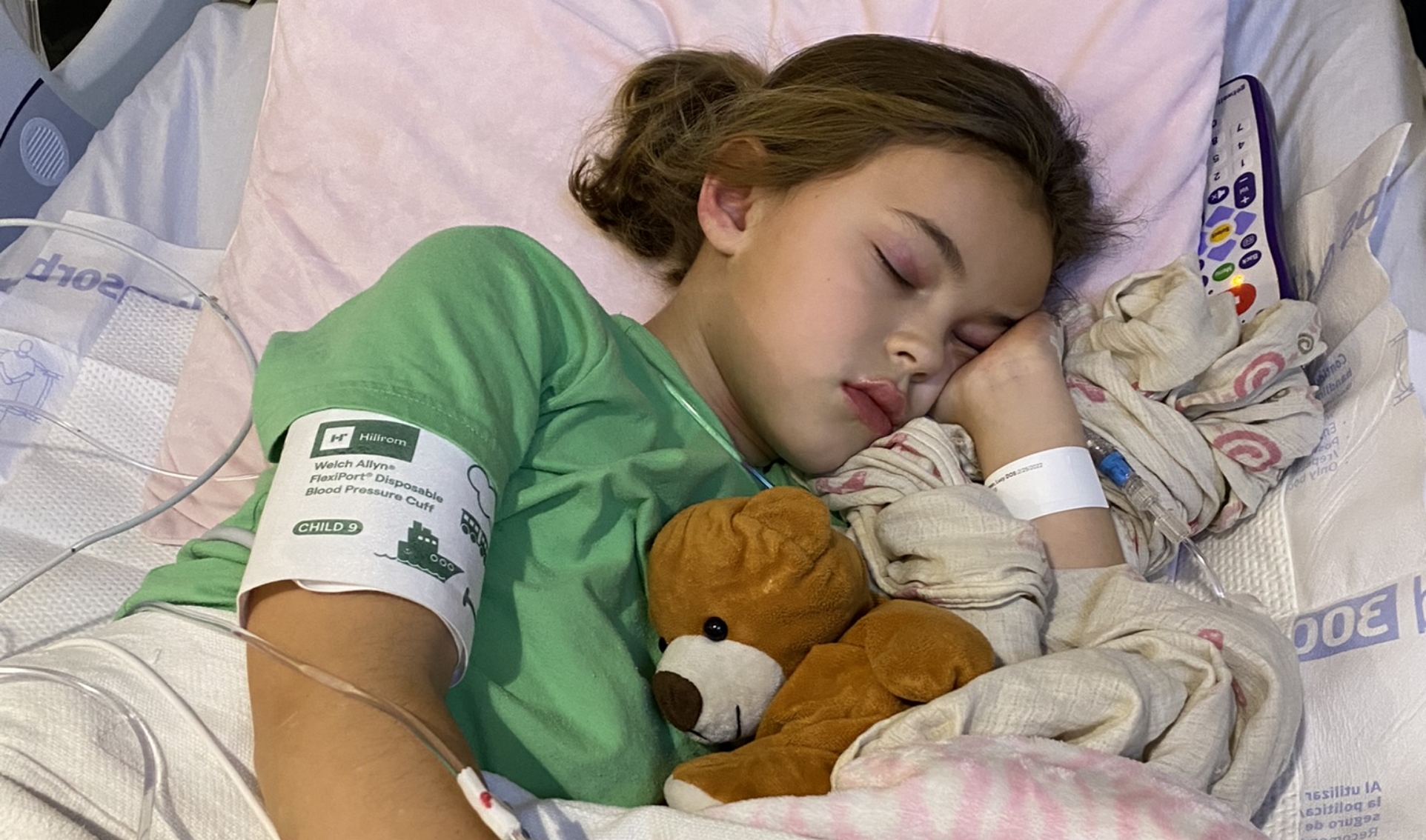 “She was worsening,” said Dr. Bernard. “We needed to act quickly to take care of her at the time.”

“[Dr. Bernard] didn’t sugarcoat anything,” Ann said. “He said, ‘You’re going to be here for a while, and it’s going to get worse before it gets better.’ It was affecting her digestive system, her heart, her lungs, and her skin.”

Lucy’s doctors and her parents quickly made the decision to transfer her to Kentucky Children’s Hospital’s pediatric intensive care unit (PICU). 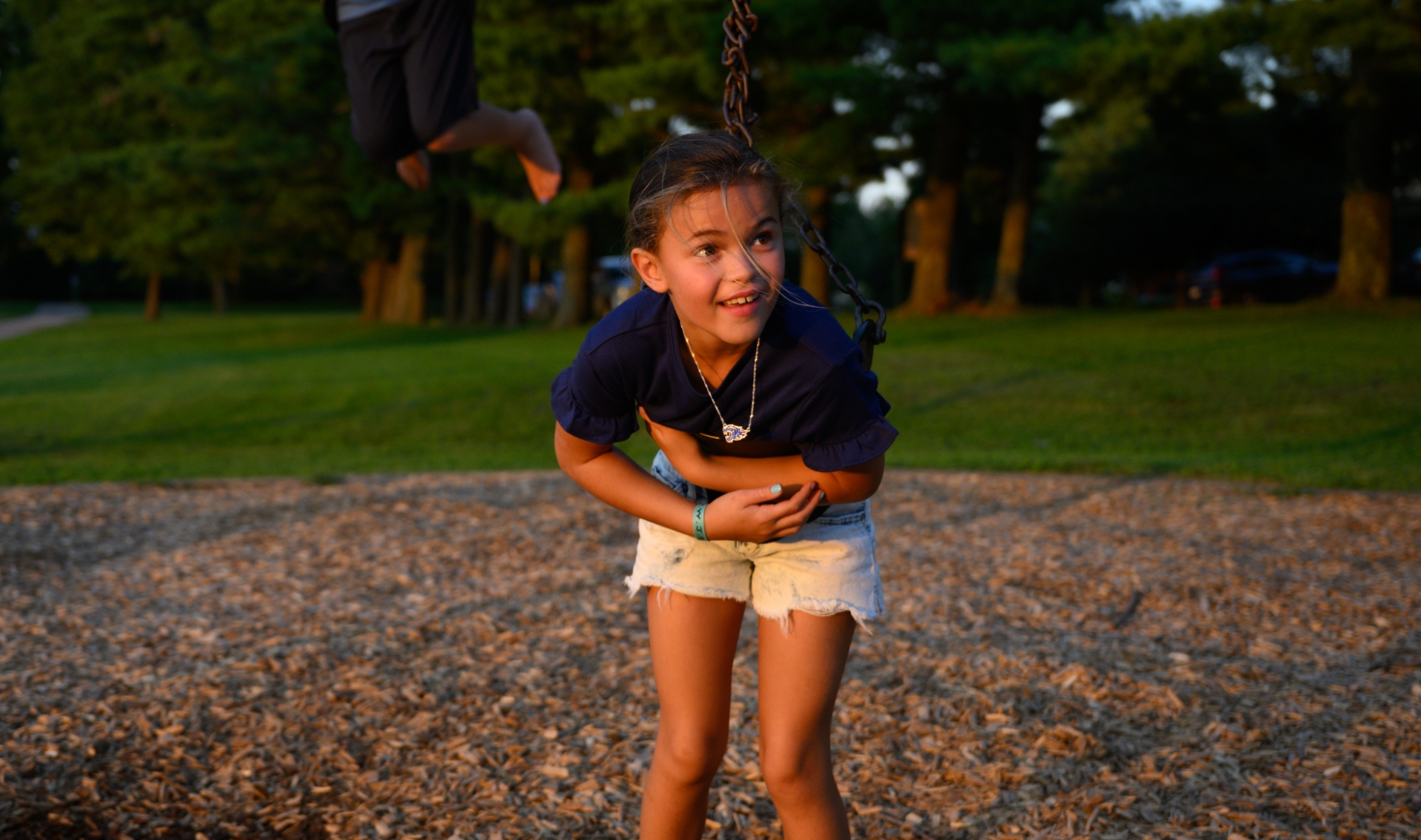 It took time for Lucy’s usual level of energy and playfulness to come back.

“I was scared to death of an ICU,” said Ann. “I always thought of that as, you know, the last step. Now I realize how blessed we were to be in that ICU. The care was tremendous. Absolutely tremendous.”

The PICU team worked to get fluids into Lucy, who’d become very dehydrated. The epinephrine helped to keep her blood pressure from dropping, and she received a high-dose steroid. 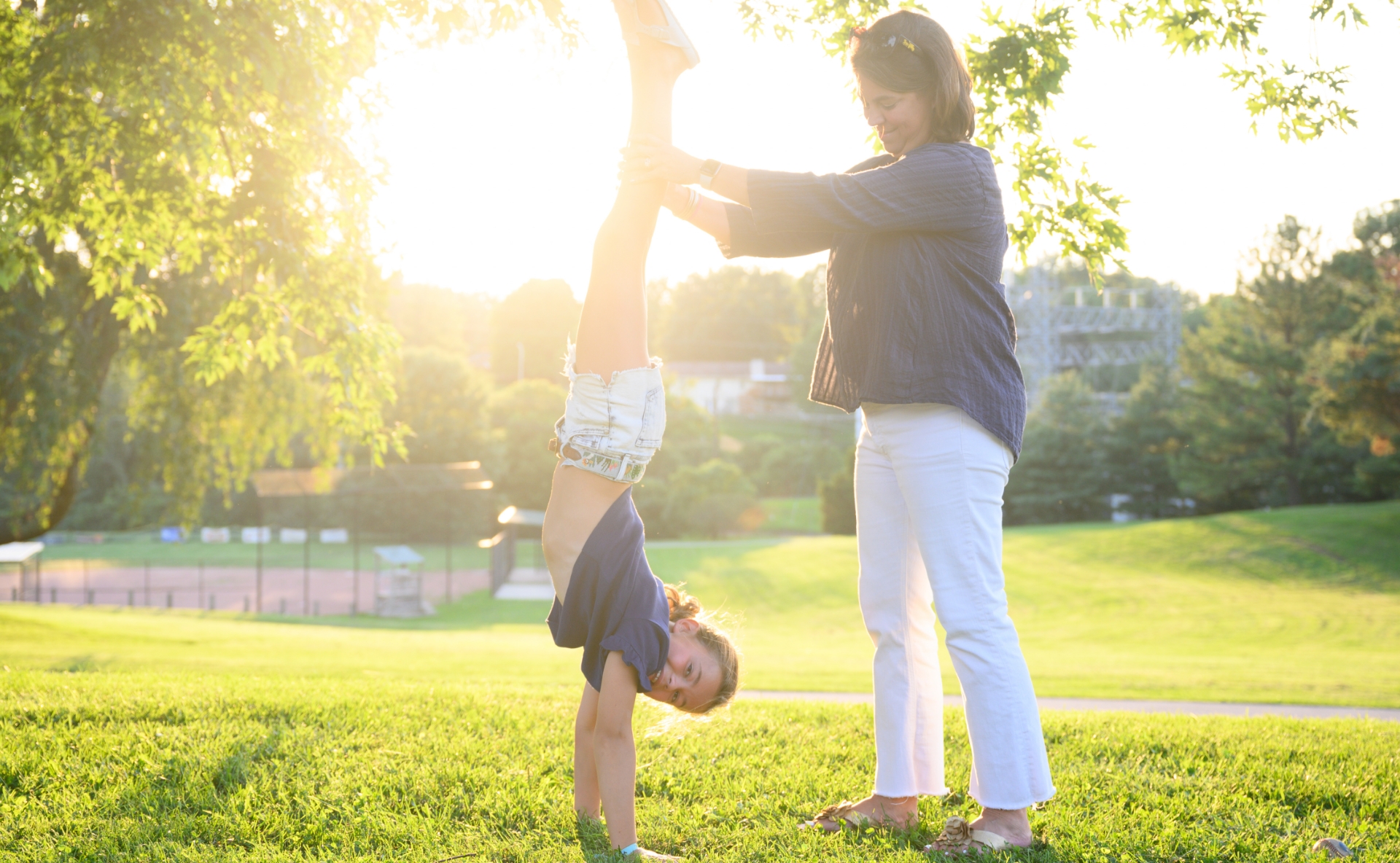 “I can’t speak more highly of the care she received,” said Ann.

“The steroids were meant to completely shut down her immune system so they could start treating the other things that were happening with her heart and blood pressure and all that,” said Ann. “They did an intravenous immunoglobulin treatment. It’s this superhuman concoction of different immunoglobulins from healthy people.”

Lucy’s doctors were able to spring into action because they’ve seen cases of MIS-C before and have a specialized team in place. The team was created when MIS-C first began appearing in children who’d recovered from COVID. 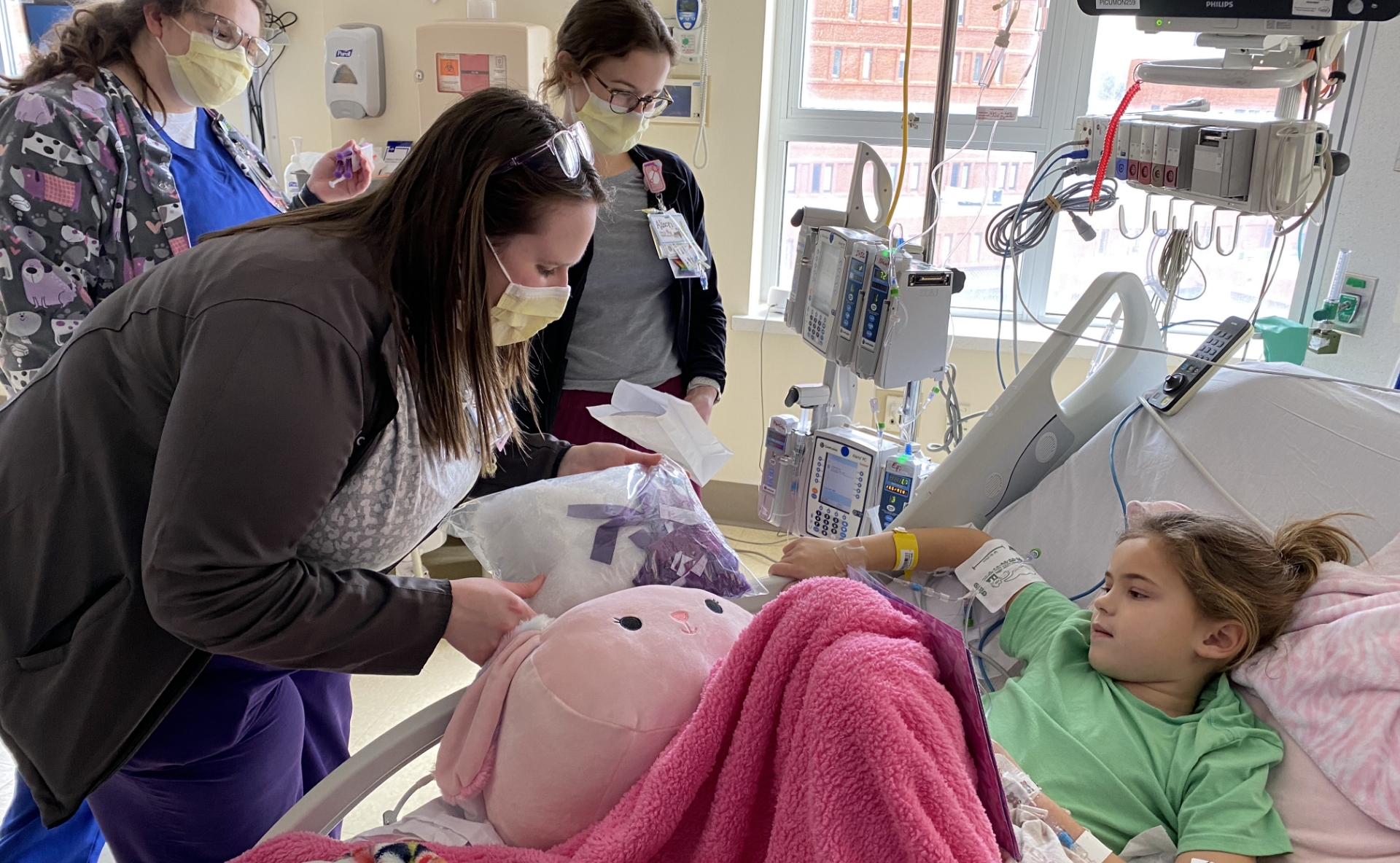 “She was in great hands,” said Kevin. “We knew she was going to be okay.”

“Their team meets on Thursday to go over their MIS-C plan,” said Kevin. “When we rolled in on Friday night, the first thing they told us is they’d just had their team meeting yesterday. It was amazing they were so prepared for something that’s so rare.”

“The team includes our cardiologist, our infectious disease doctors, our rheumatologist, our pharmacist, and our nursing staff,” said Dr. Bernard. “It really is a big combined effort to take care of these patients.” 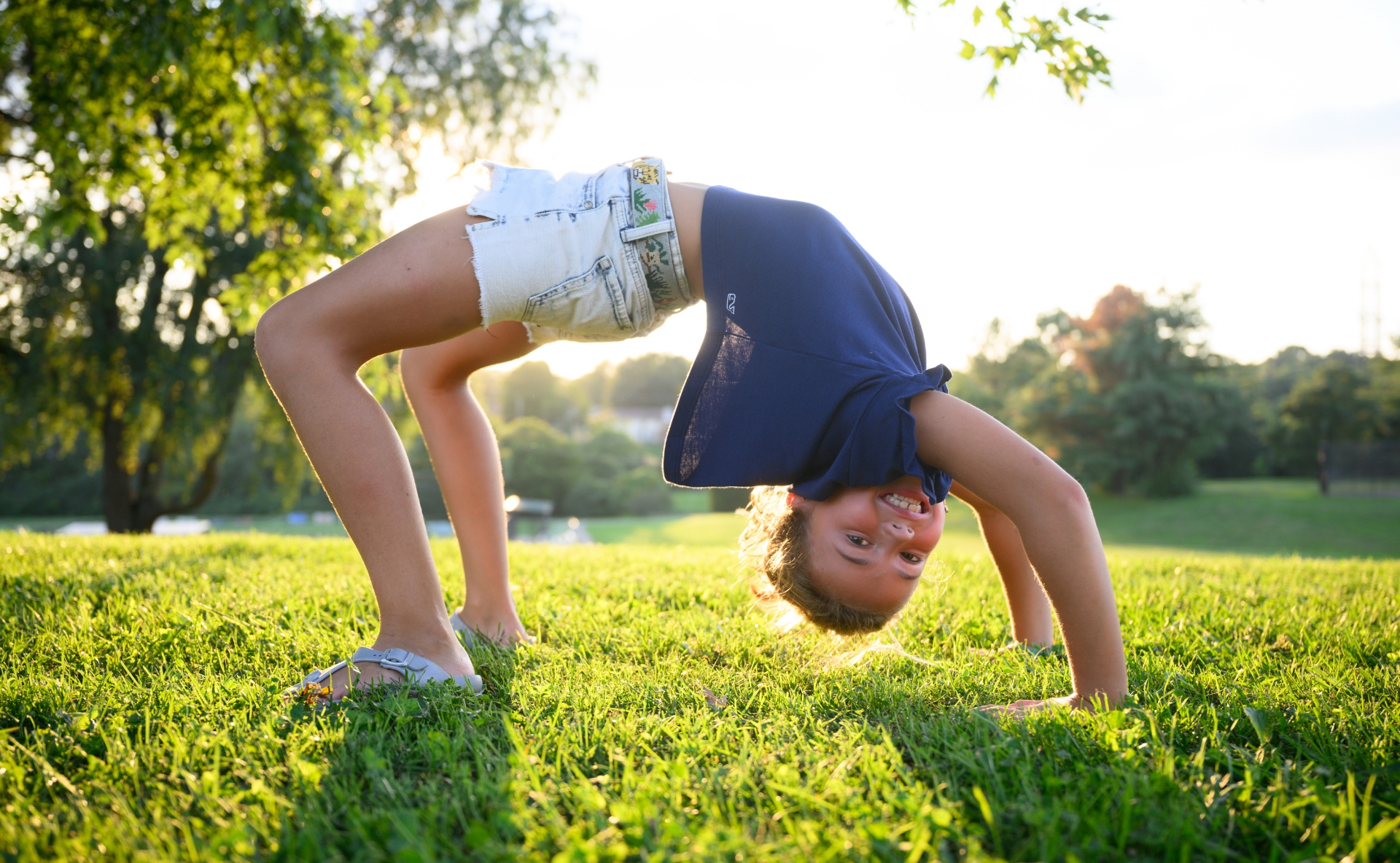 “She’s back to her spunky, sassy self,” said Ann.

It’s still unclear why some children have an immune response that fights off COVID, but then proceeds to try to fight the patient themselves. “What we do know is that the majority of these children do very well afterward and honestly, for that, we’re thankful,” said Dr. Bernard.

The Bruggemans refer to Lucy’s multidisciplinary group of doctors—especially her rheumatologist, cardiologist, and infectious disease specialist—as her “dream team.” 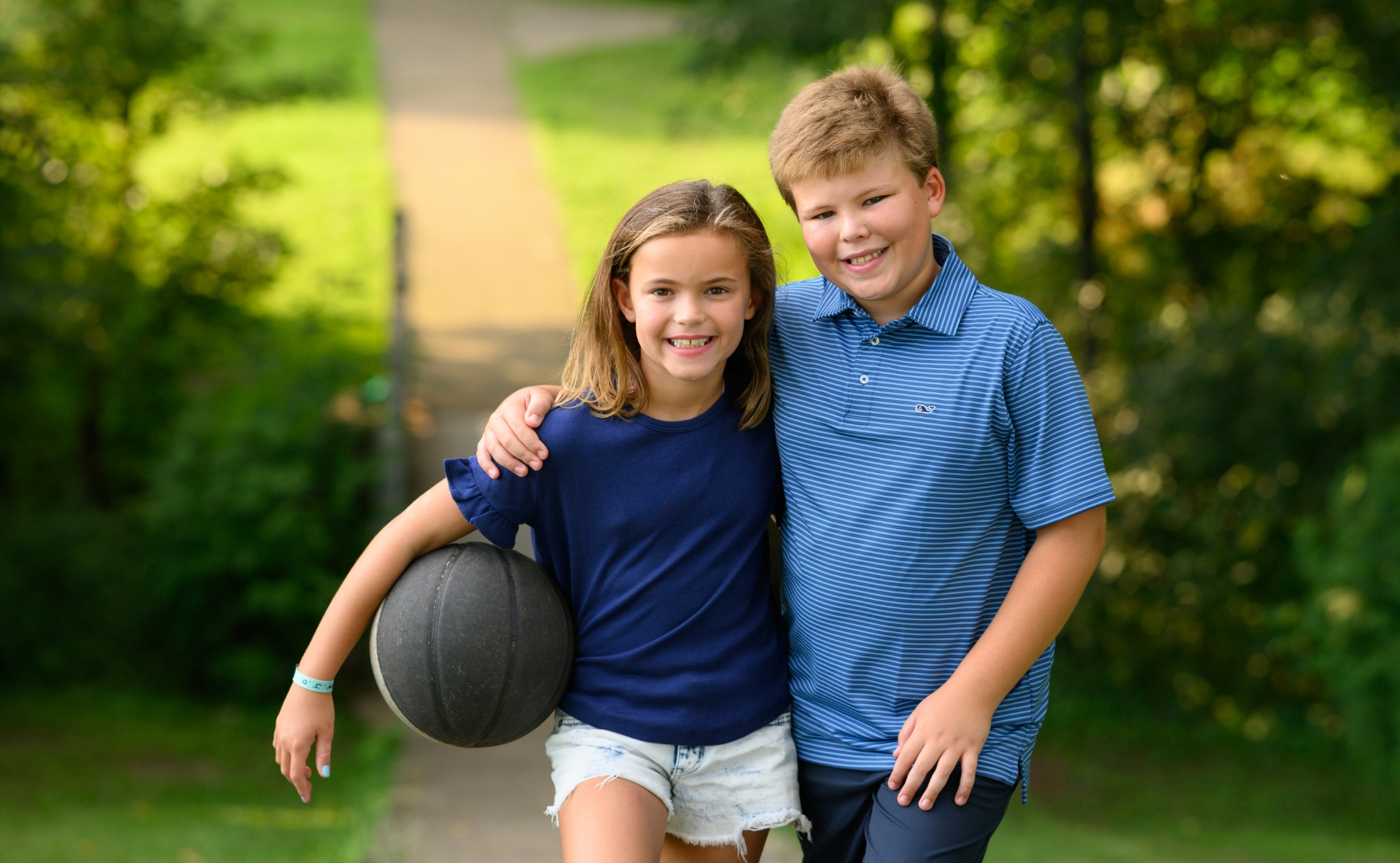 It was hard for Lucy to be away from her older brother while she was in the hospital.

“They were phenomenal,” Ann said. “You knew you were in good hands with people who were not only using Lucy’s situation, but the situations from the past year and a half, to treat her the best way possible.”

After several days in the PICU, Lucy’s condition began to improve. Soon she was moved out of the PICU and discharged to recover fully at home. 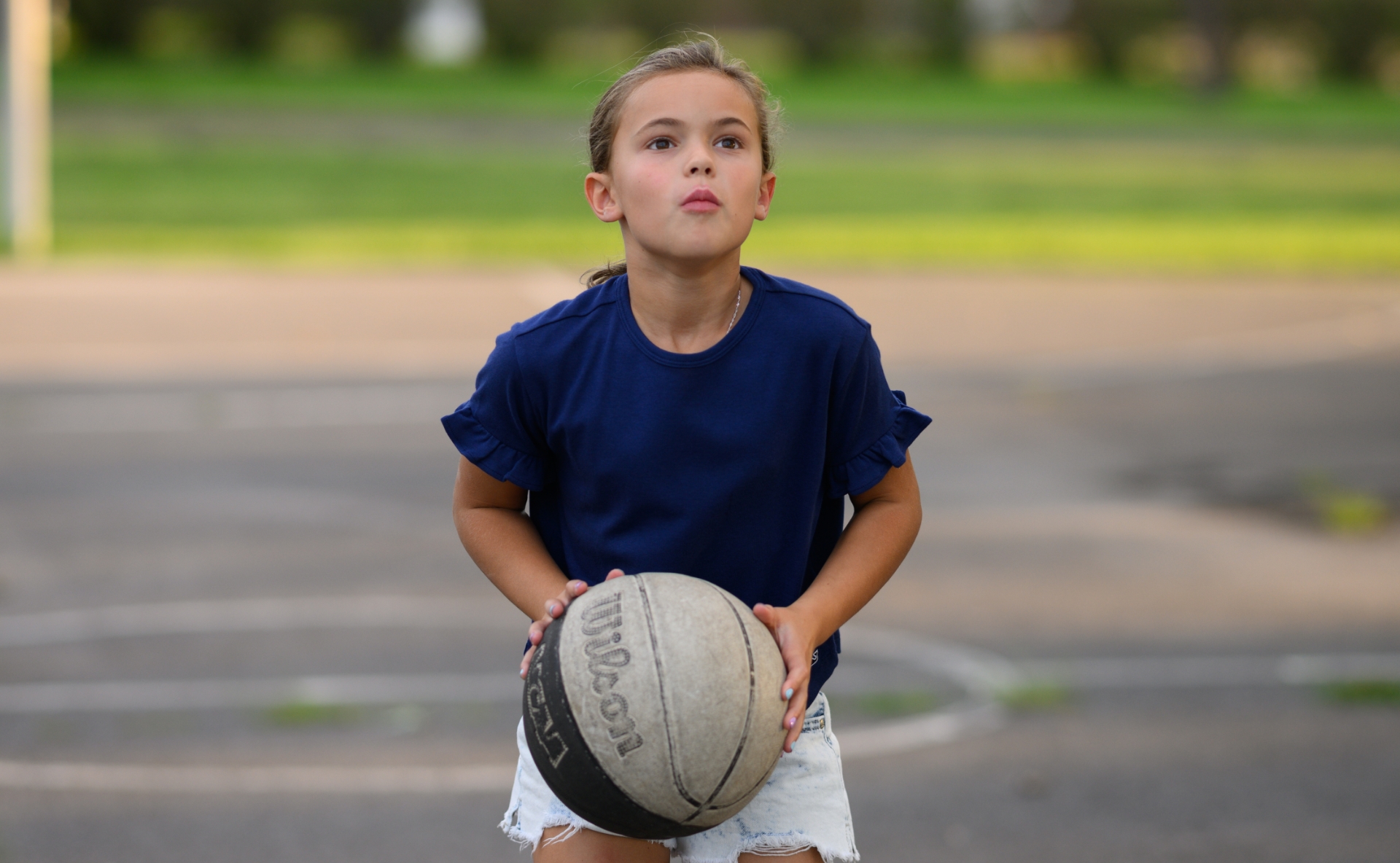 While MIS-C is a serious and still somewhat mysterious illness, Dr. Bernard said other parents hearing Lucy’s story shouldn’t be too anxious—but they should watch for symptoms.

“This is not subtle and it’s not going to get missed,” he said. “When the kids get sick, they’re going to have a fever. They’ll likely have a rash. They’ll be listless. They’re going to feel horrible. It’s also exceedingly rare, so parents should feel very comfortable sleeping at night. And if they get incredibly unlucky, they should know that their pediatrician and Kentucky Children’s Hospital will be able to take care of them.” 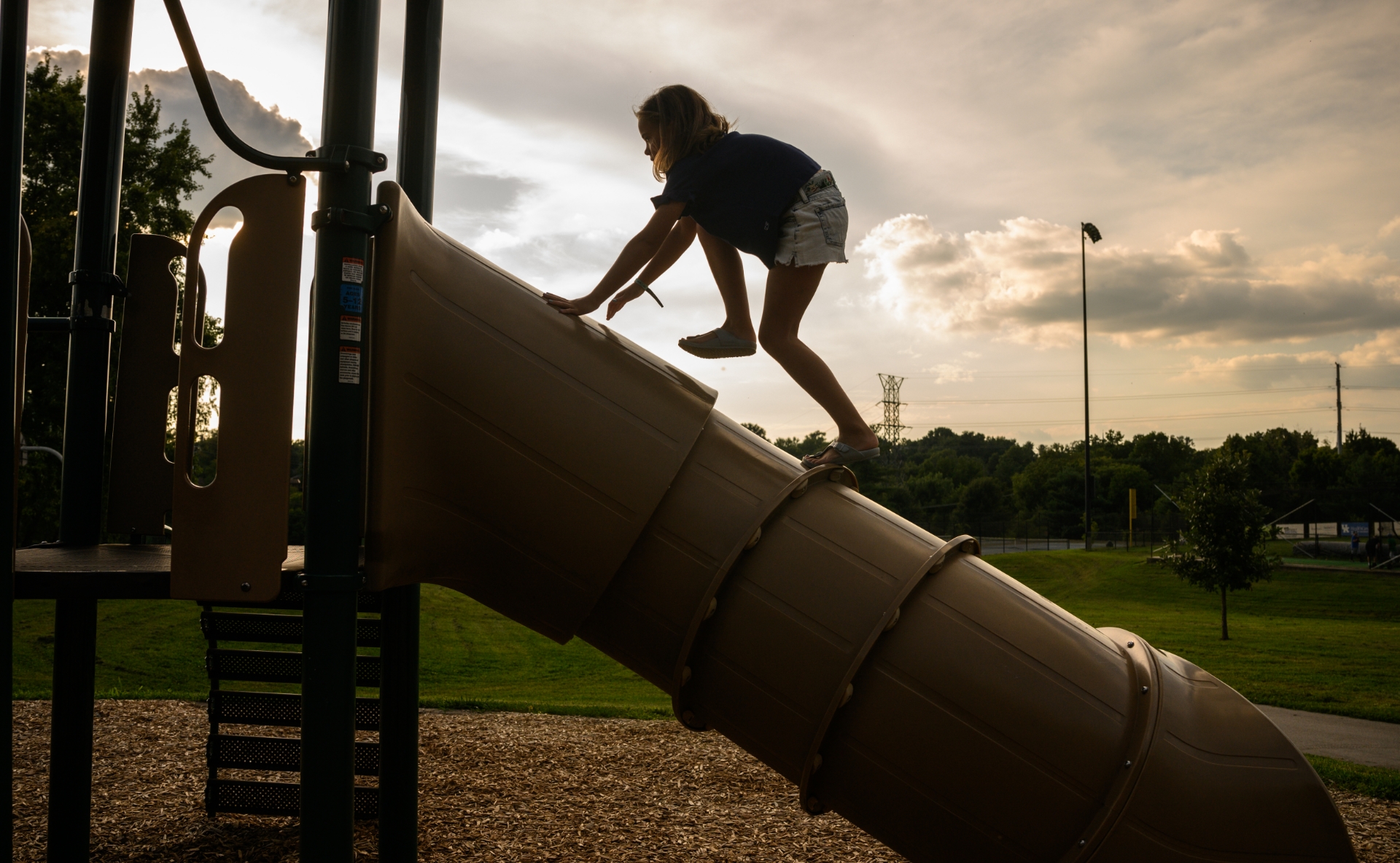 The Bruggeman family is deeply grateful to the medical professionals at Kentucky Children’s Hospital for ensuring their story has a happy, healthy ending.

“It hits me every once in a while to think where we were upon being admitted to Kentucky Children’s Hospital,” Ann said. “Kevin and I both grew up in Lexington, not far from UK HealthCare. I never had a full appreciation for what we have in our backyard.” 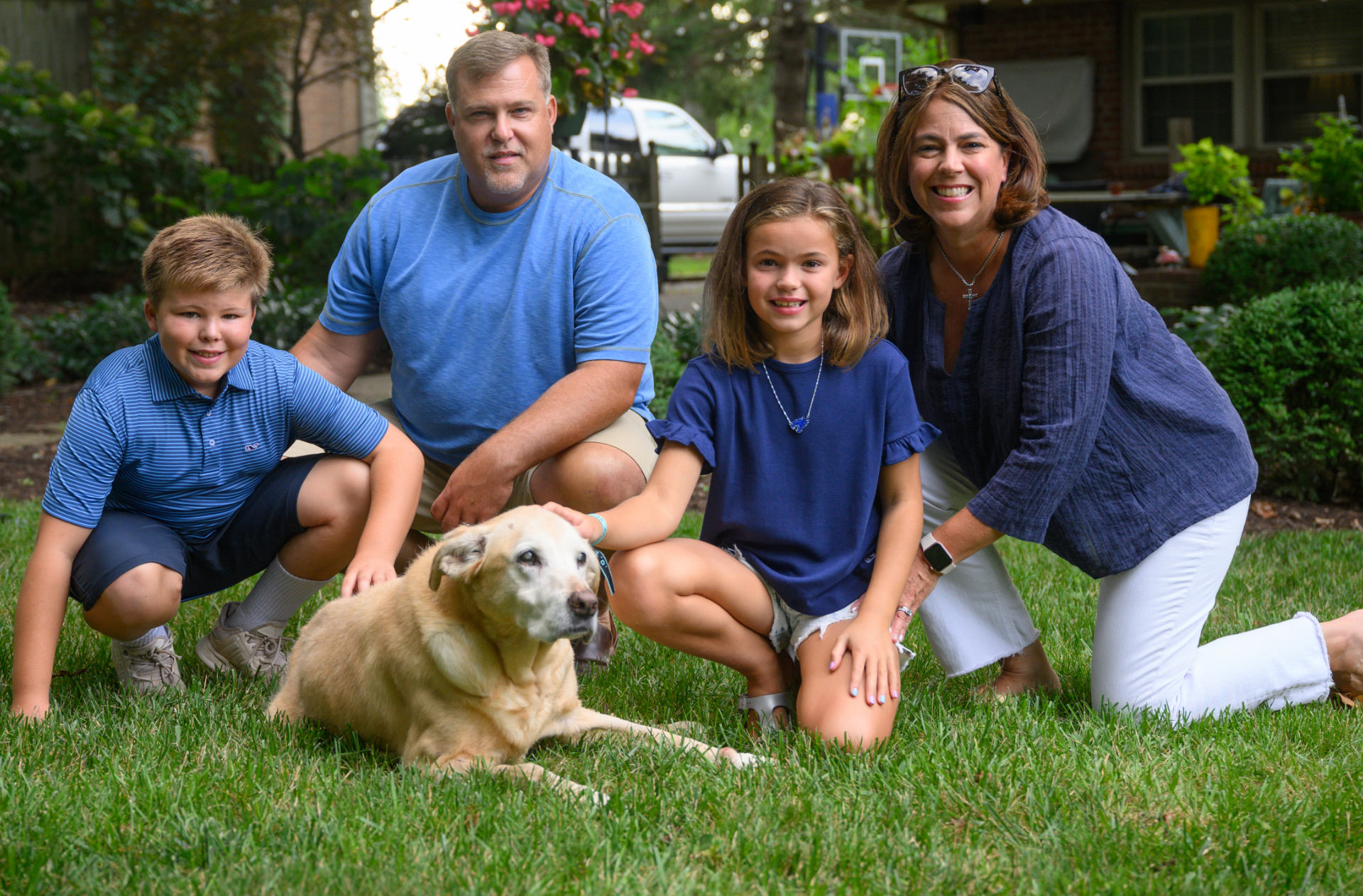 “The specialized care, it was beyond anything we could have imagined,” said Kevin.

READ MORE
“They were so prepared for something so rare.”2022-09-232022-09-23https://proof.ukhealthcare.com/wp-content/uploads/2019/04/ukhc-logo-white.pngWe Are Proof | UK HealthCarehttps://proof.ukhealthcare.com/wp-content/uploads/2022/09/lucy-bruggeman-feature.jpg200px200px
Contact
Follow Us
© University of Kentucky, Lexington, Kentucky, USA | An Equal Opportunity University | Interpreter Services | Notice of Non-Discrimination | Sitemap | Privacy Policy

More Than A NumberPediatric Services