“She was little—really little. I didn’t even see her when they took her out of the delivery room. And when I did see her, I couldn’t touch her. I could just watch her through the little glass and that’s pretty much where our journey began.” 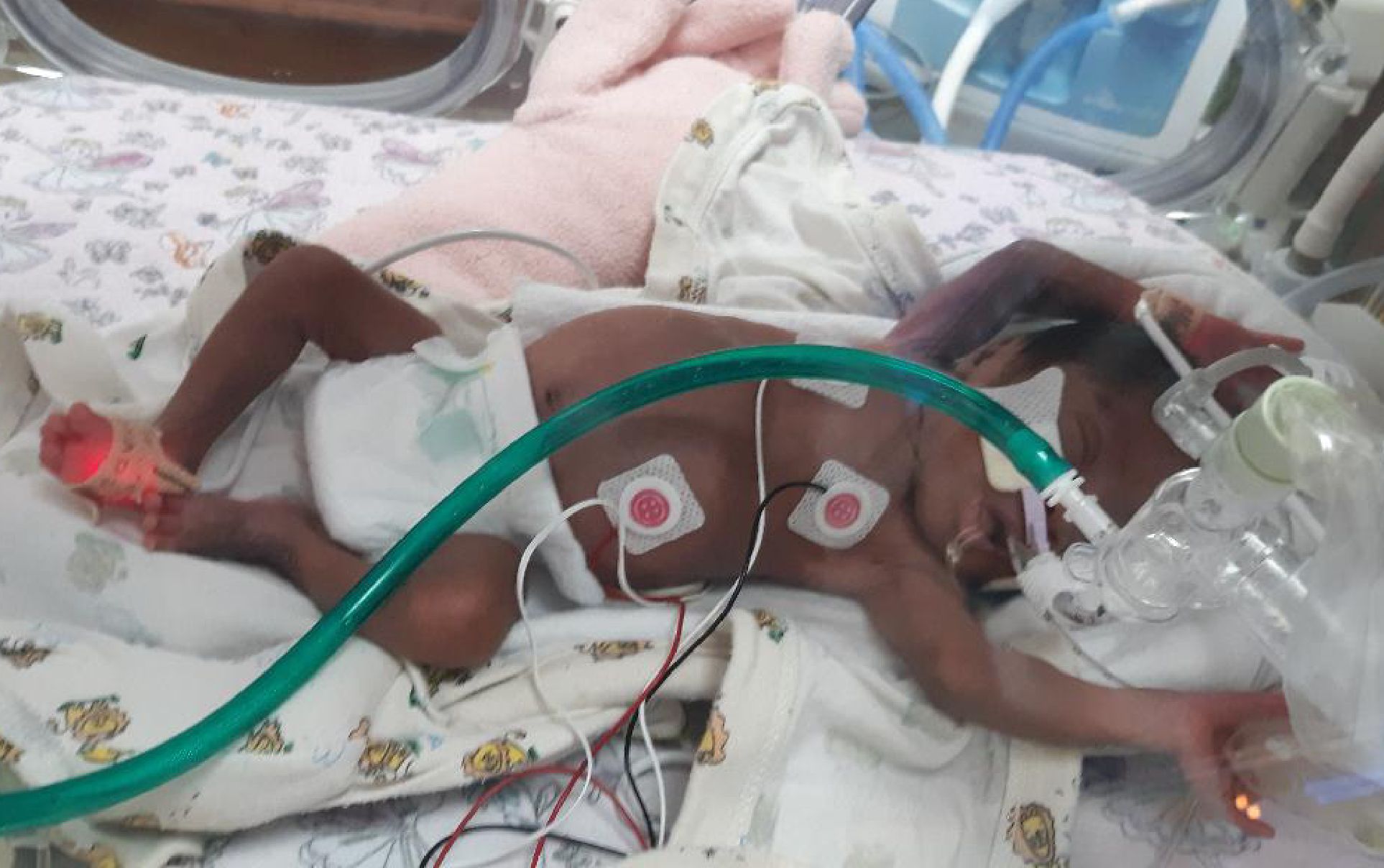 “When I first went to see her I broke down in tears,” said Deakunuh. “It was just constant prayers.”

If Deakunuh could have held her daughter Betty on the day she was born, she could have fit in the palm of her hand. Delivered via emergency C-section at 24 weeks, Betty—short for Elizabeth—weighed only 1 pound, 9 ounces when she was born.

Because Deakunuh was 42 when she found out she was expecting, her pregnancy was already high risk. And at 19 weeks, she was faced with something no expectant mother wants to hear. Her amniotic sac had started to bulge—a warning sign that her water could break long before Betty was due. 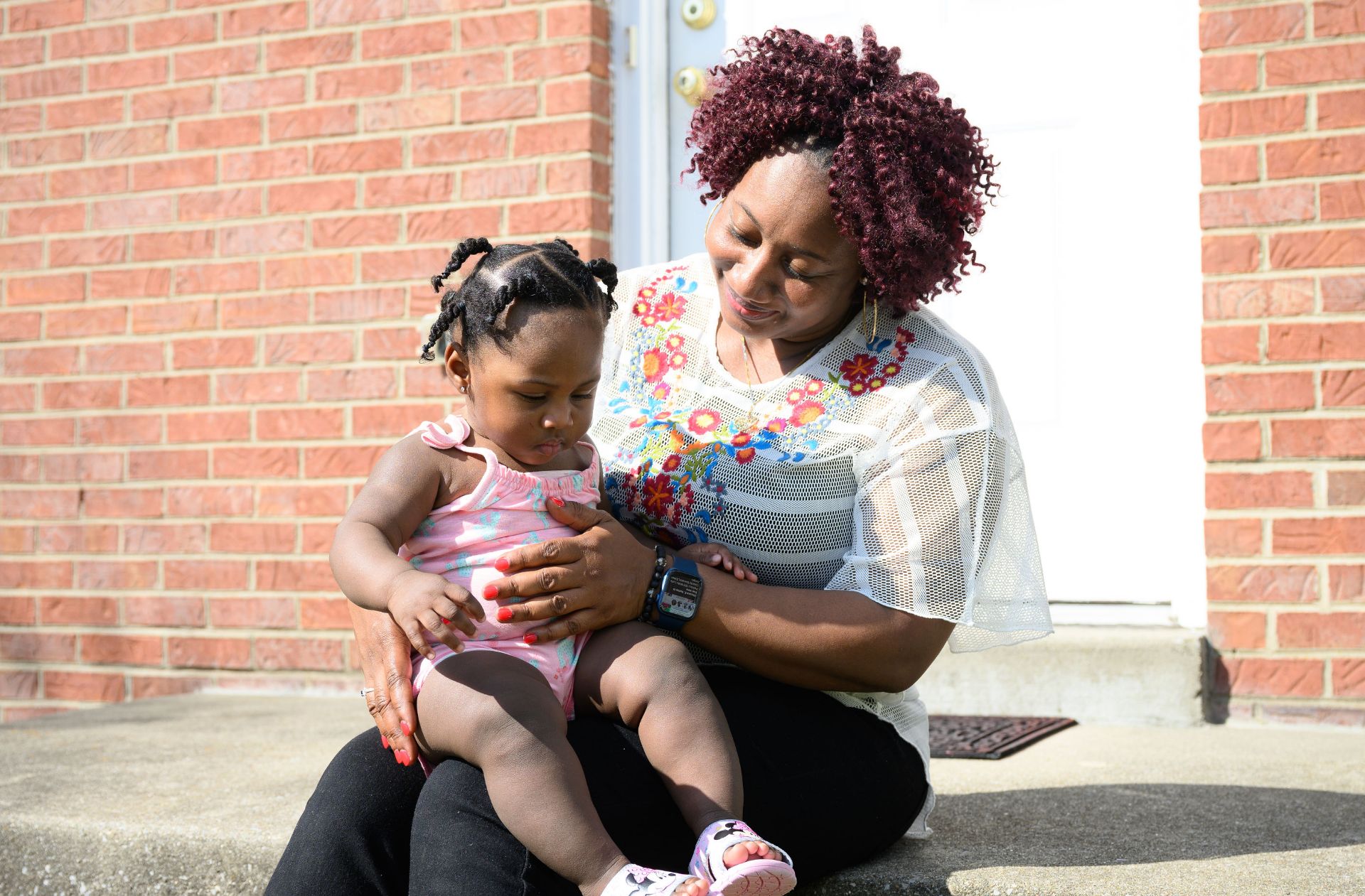 “I call her my miracle baby,” said Deakunuh.

She received an emergency cervical cerclage: a stitch to help close her cervix and prevent her from going into preterm labor. With 24 weeks typically considered the point of fetal viability, Deakunuh and her doctors did everything they could to keep Betty in place for a few more precious weeks. 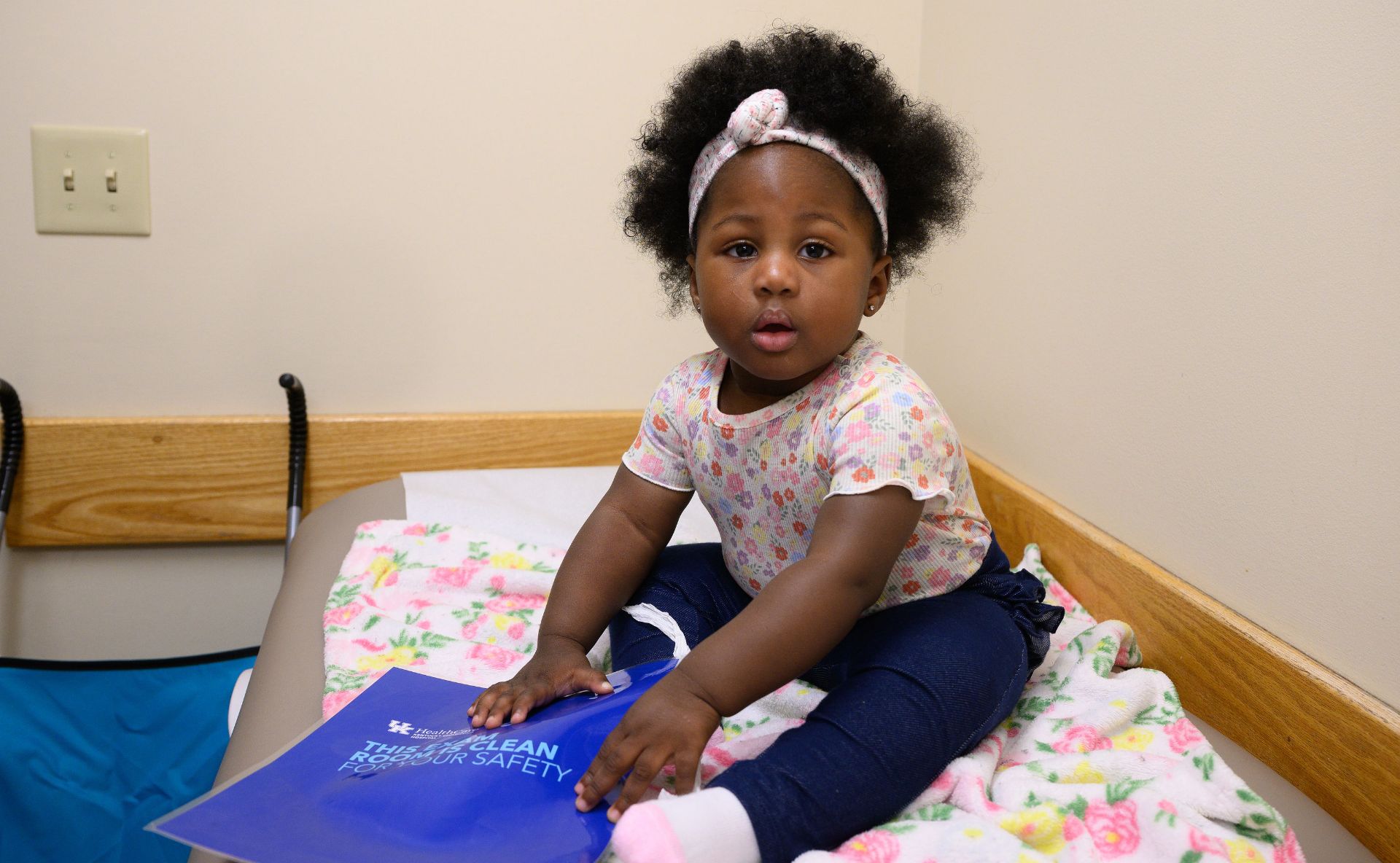 “They had to keep me there and watch me until she was ready,” said Deakunuh.

And then, at 20 weeks, Deakunuh’s water broke. She was certain Betty would not survive. But little did Deakunuh know that Betty would soon show her family and the entire Neonatal Intensive Care Unit (NICU) team at UK HealthCare’s Kentucky Children’s Hospital how strong she was.

Through continuous monitoring and round-the-clock care, Betty made it to exactly 24 weeks before being born via emergency C-section due to an infection that Deakunuh developed. 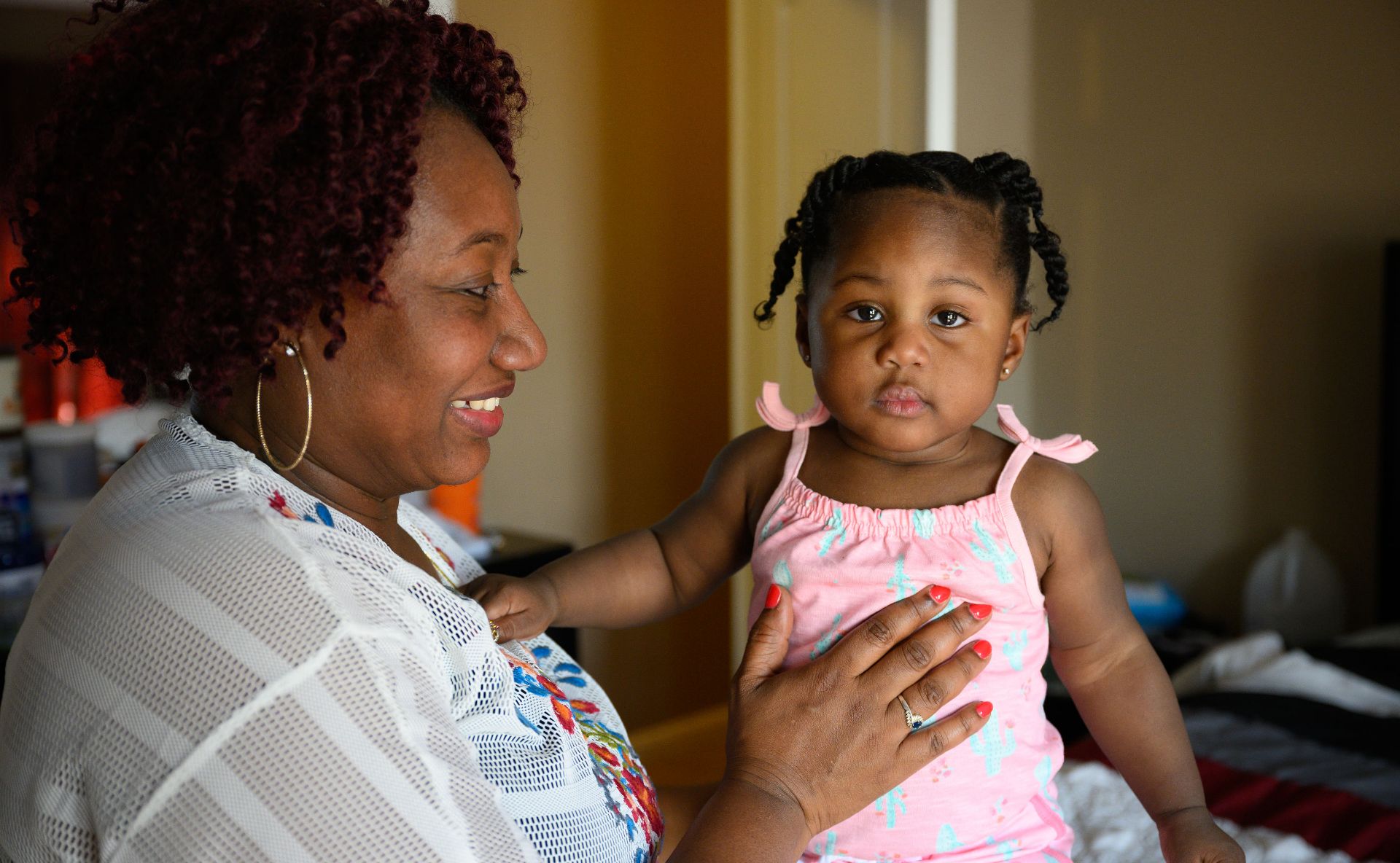 “I’m really grateful for being in the right place at the right time with her,” said Deakunuh.

Like one in five premature babies, Betty’s patent ductus arteriosus (PDA) did not close soon after birth. A PDA is a normal vessel that connects the aorta and the lung artery, but if it does not close, it creates a persistent opening between these two major blood vessels. If left untreated, the extra blood going to the lungs from the PDA can lead to wet lungs, difficulty breathing, strain on the heart, and high blood pressure in the lungs. 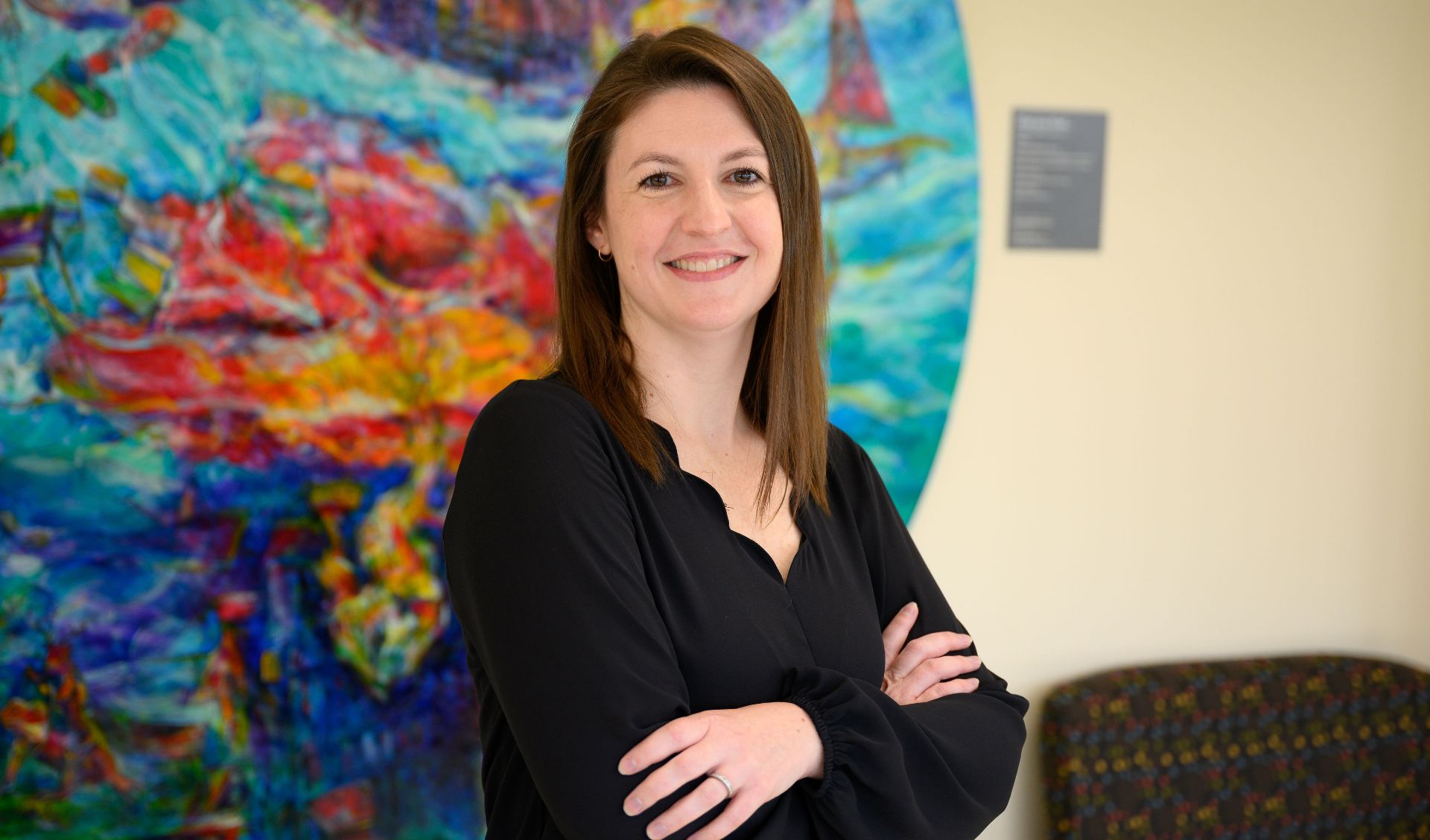 “Betty had significant lung disease related to her prematurity,” said Dr. Bandi Mahaffey, one of the neonatologists who has cared for Betty since birth. “When babies are born that early, their lungs are only halfway through development. The most important part of lung development is the third trimester, and she missed out on that.” 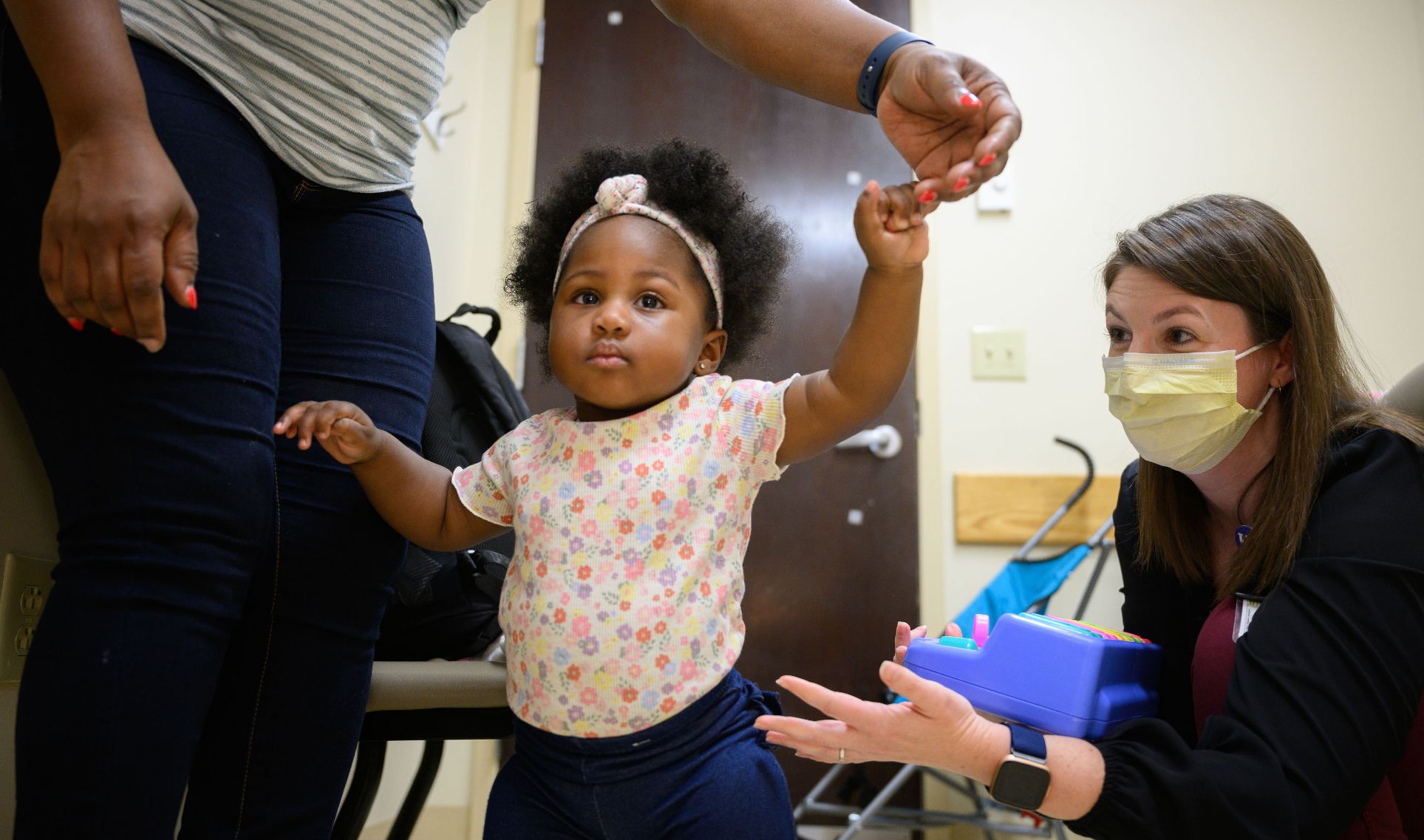 For the first eight weeks of Betty’s life, she needed a ventilator to help her breathe. When she could not tolerate coming off the ventilator, it was clear her PDA needed to be closed. Sometimes the PDA will close on its own, but other times, treatments like medication or open heart surgery are recommended. For Betty’s condition and size, a premature baby transcatheter closure procedure was the safest, most effective choice. 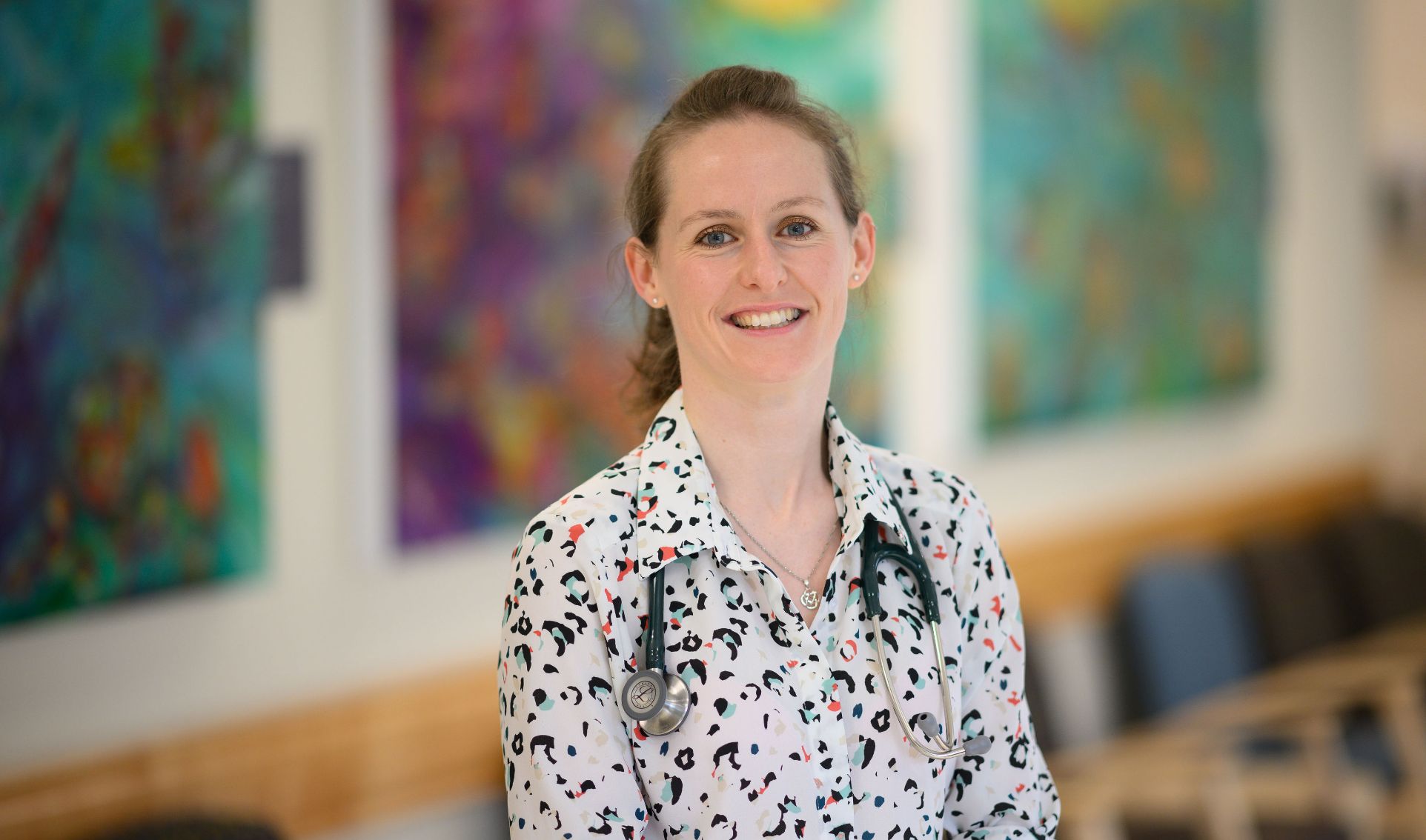 “[Dr. McGovern] always updated me on everything that was going on,” said Deakunuh. “That was really great.”

While transcatheter closure has been used to treat older children for years, the procedure is still relatively new for premature infants, with the FDA approving the device used on preemies in 2019.

“Not all cardiac centers with cardiac cath labs offer this procedure yet—even in some centers bigger than ours,” said Dr. Eimear McGovern, medical director at the Kentucky Children’s Hospital Pediatric Catheterization Lab. “Here at UK HealthCare, we have a very good relationship and understanding between the neonatologists and cardiologists, which means we can deliver this procedure more smoothly, with the goal of improving patient care.” 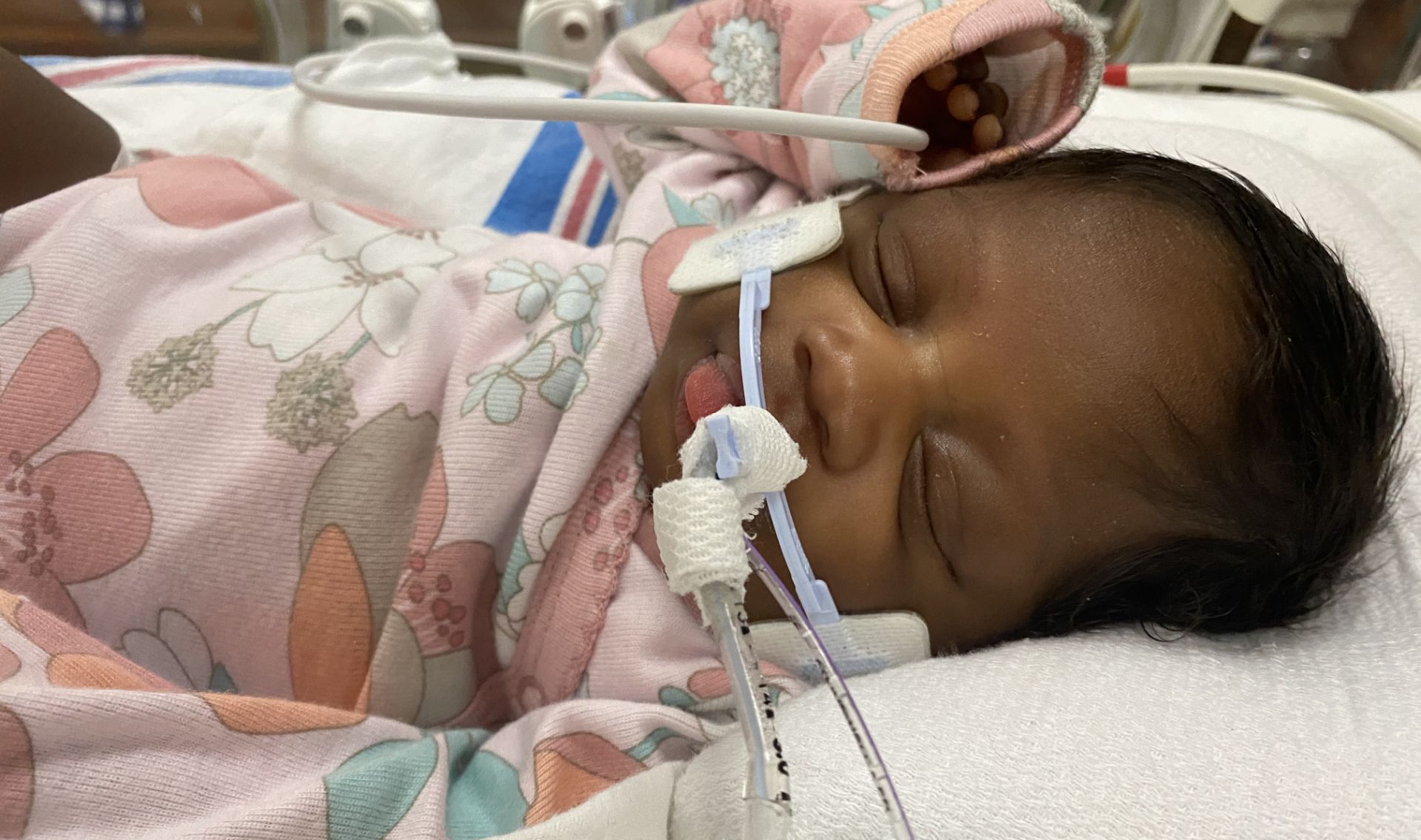 “Her willpower made her want to survive,” said Deakunuh. “That gave me hope.”

The procedure involves placing a tiny, self-expanding mesh device, smaller than a pea, in the open vessel to close the PDA. Typically, scar tissue forms around the device, sealing the device into place permanently. In a matter of days, Betty was able to come off of the ventilator and stabilize her breathing. 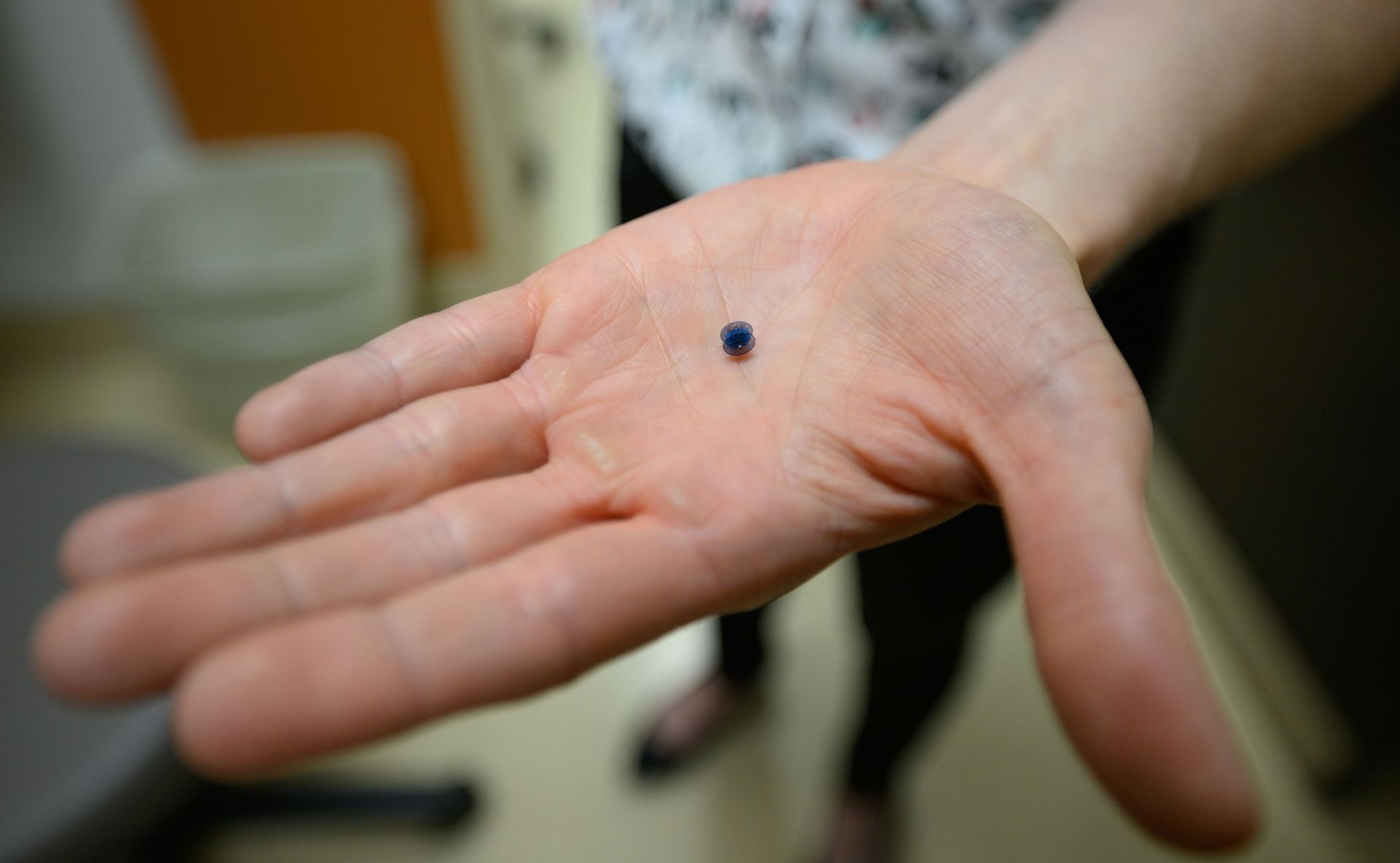 “It is our preferred method of invasive closure now,” said Dr. Mahaffey.

“So far the data suggests that the earlier we do the procedure, the more clearly we will see a benefit,” said Dr. McGovern. “Often one will note the lungs are less ‘wet’ on chest x-rays even just a few hours later. Some babies who were struggling to get extubated [before the procedure] get extubated within a few days.” 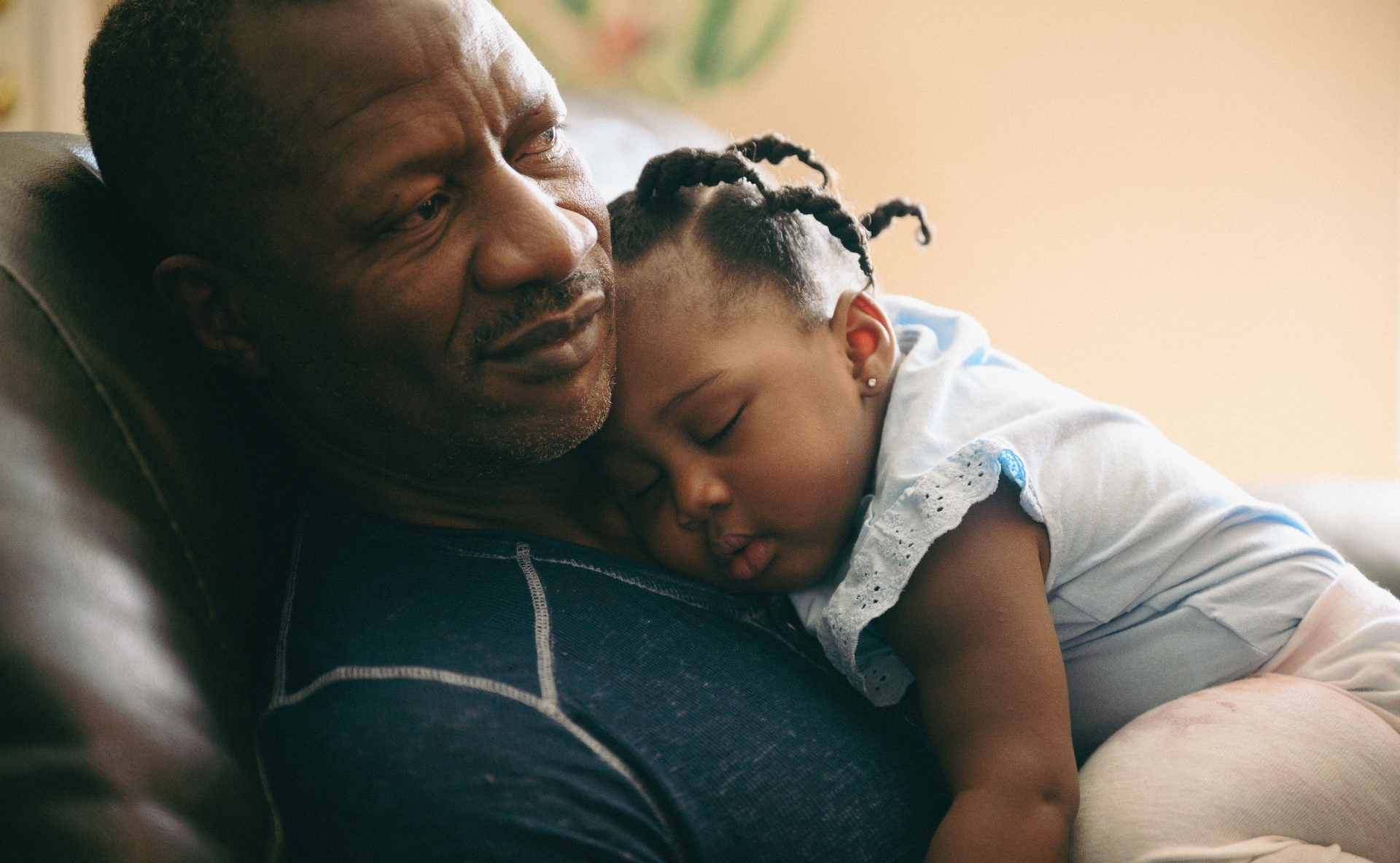 Betty was finally able to come home to her family when she was six months old.

“It’s amazing how instantaneous the closure is as far as how quickly our kiddos improve after they get it done,” said Dr. Mahaffey.

“Every nurse that we saw was great and they all worked together with us. If it wasn’t for them, I don’t know what would be,” said Deakunuh. “Trusting somebody you don’t know with your child is really hard, but they really made it comfortable for us.” 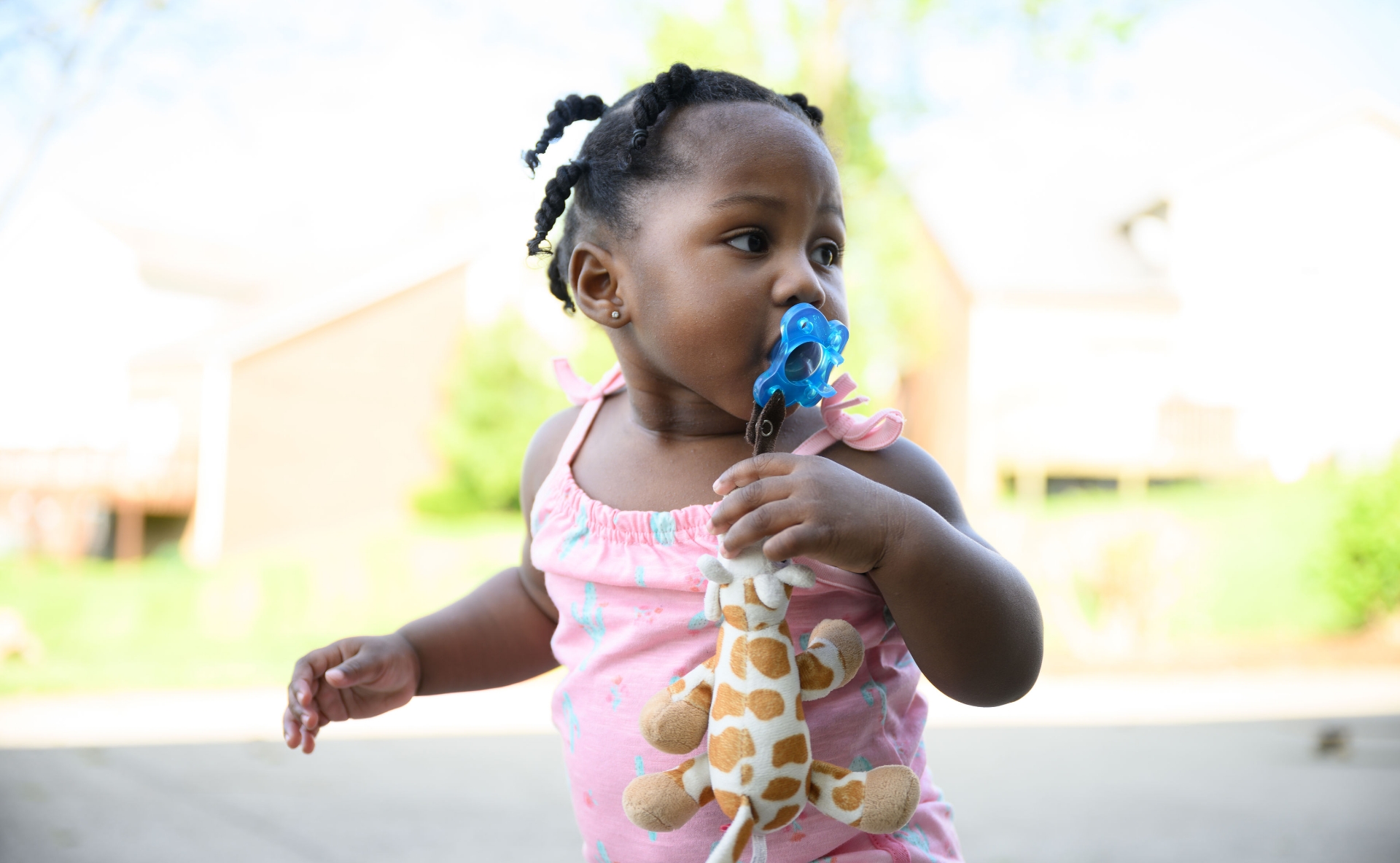 “It was a great feeling when we finally left,” said Deakunuh. “I never thought the day [would] come.”

Today, Betty is a bustling one-year-old. You’d never know she was born at 24 weeks. For Deakunuh, her family and their entire NICU team, Betty’s journey has been a marvel.

“Betty was born very early. She was very sick early on,” said Dr. Mahaffey. “But her mom is just so calm, and it’s very beautiful to see. When babies are born as early and sick as Betty was, it is a stressful experience for anyone, but Deakunuh was very much ‘This is my Betty and she’s absolutely perfect and wonderful.’ Deakunuh is a mom who has been involved from day one and it’s made a huge difference for Betty and her care.” 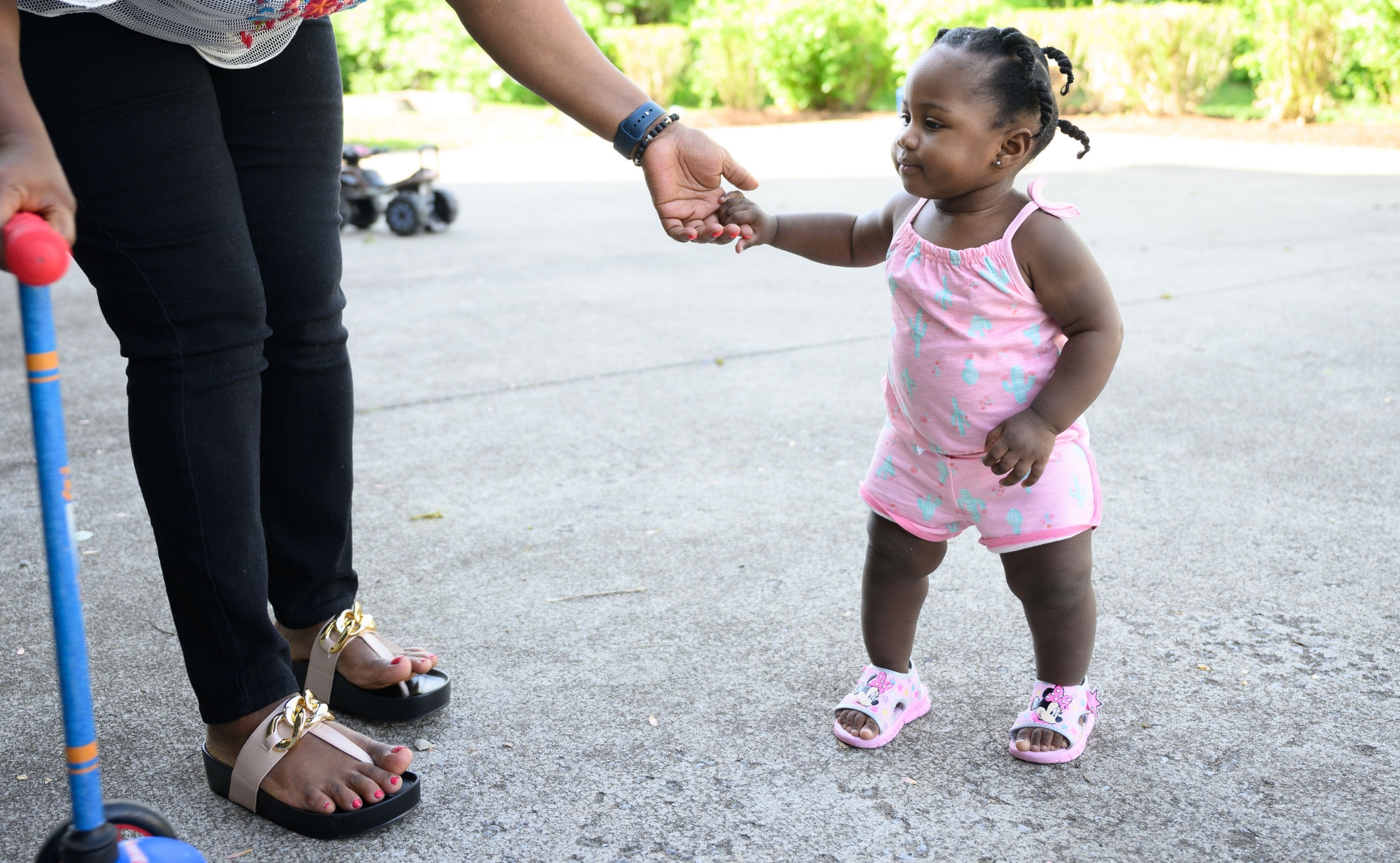 “If God can do it for us, He can do it for anybody else,” said Deakunuh. “Because I lost hope—but she’s my miracle baby, and God really worked to get us to where we are today with the help of the doctors, nurses and technologies brought into our lives. So I’m grateful, and I’m hoping and praying that our story can encourage somebody who is in our position.” 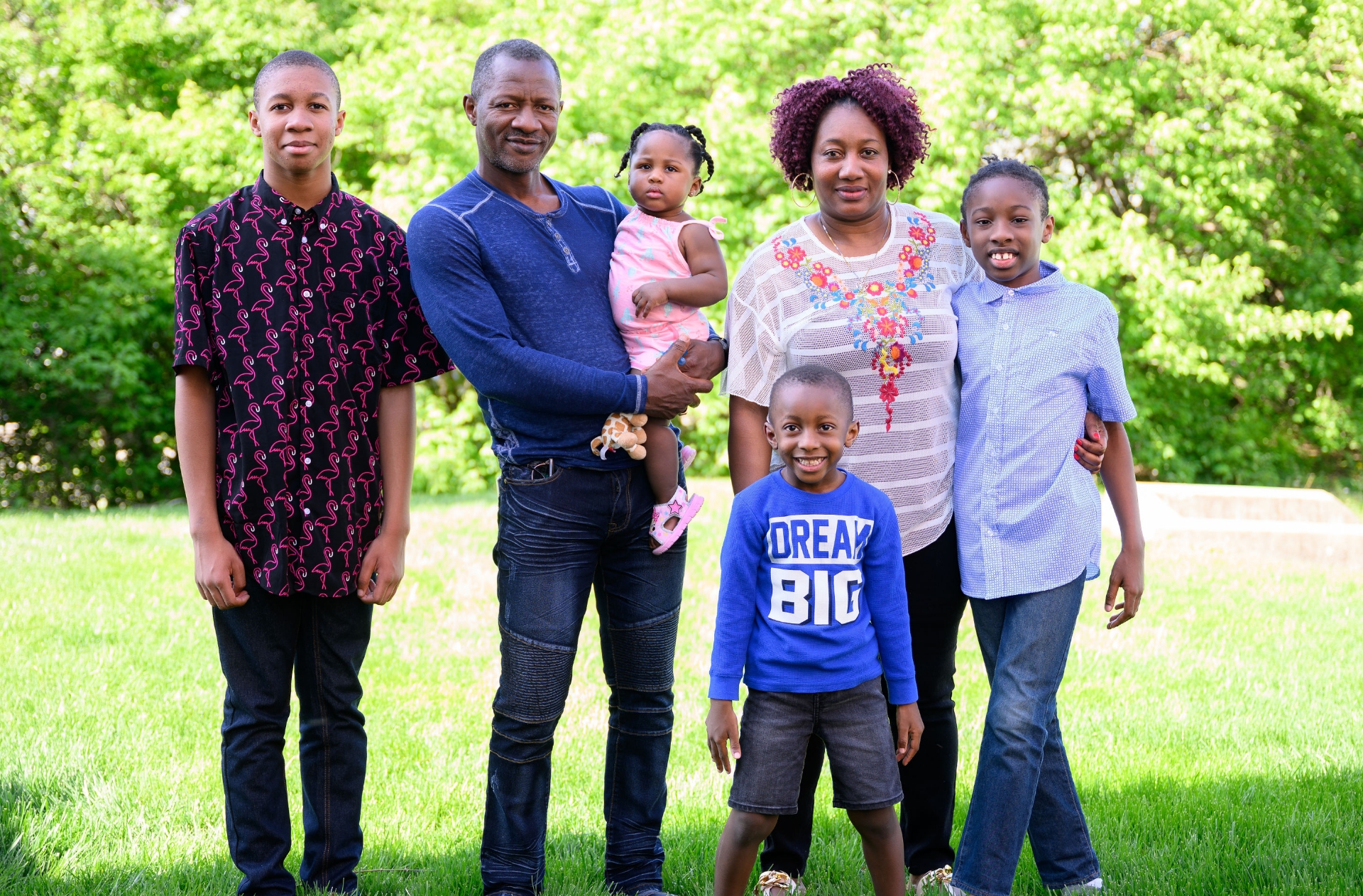 “I just want to thank the NICU team for everything you did for us,” said Deakunuh.