“I think I’m having a stroke.” 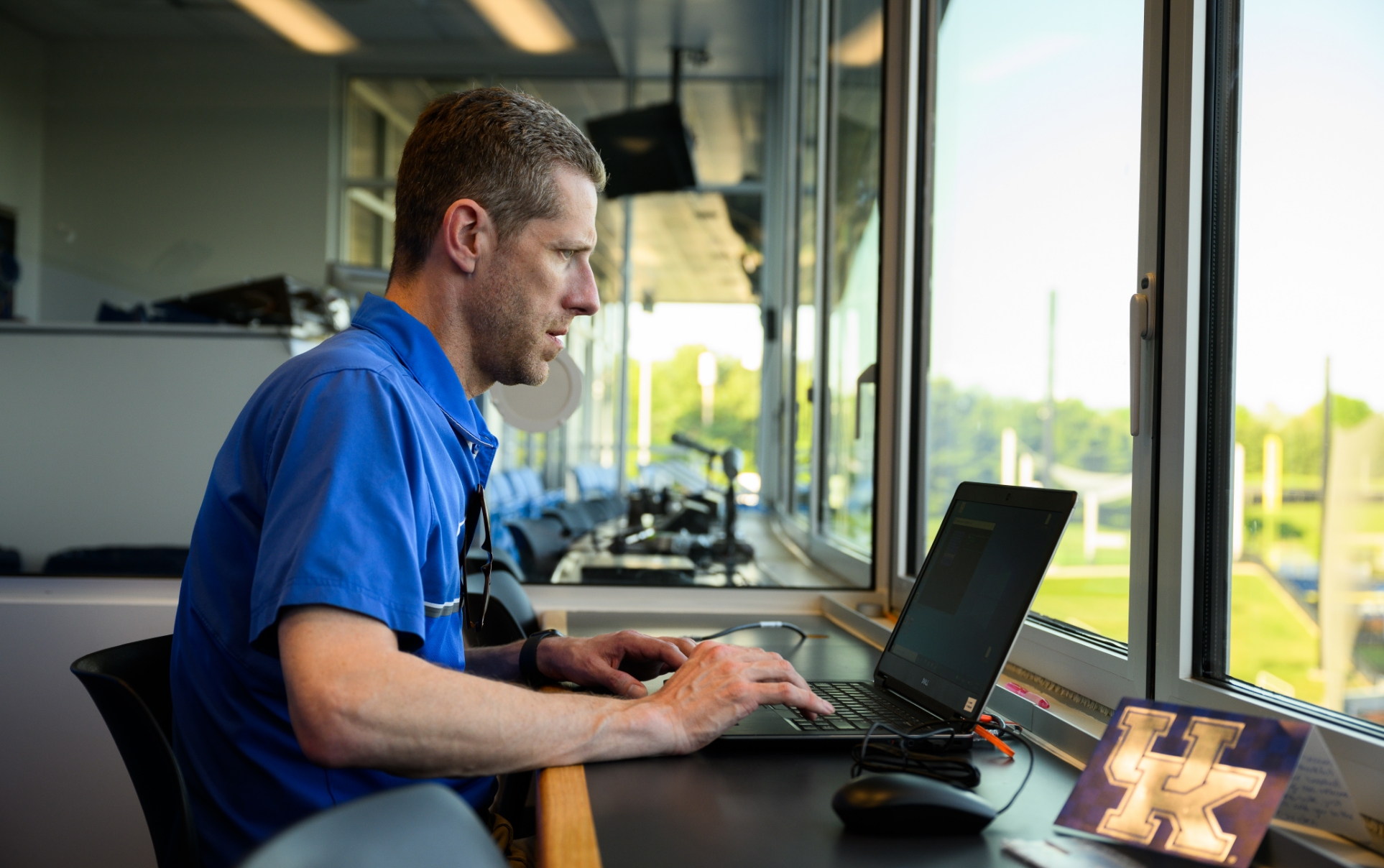 As a former Wildcat himself, Matt has long "bled blue."

That’s how UK Baseball Coach Nick Mingione talks about Matt May, the Associate Director of Athletics Communications and Public Relations. Matt has proven his determination countless times over his years at UK, but it’s never been more clear—or more important—than in the days and weeks since he had a stroke. 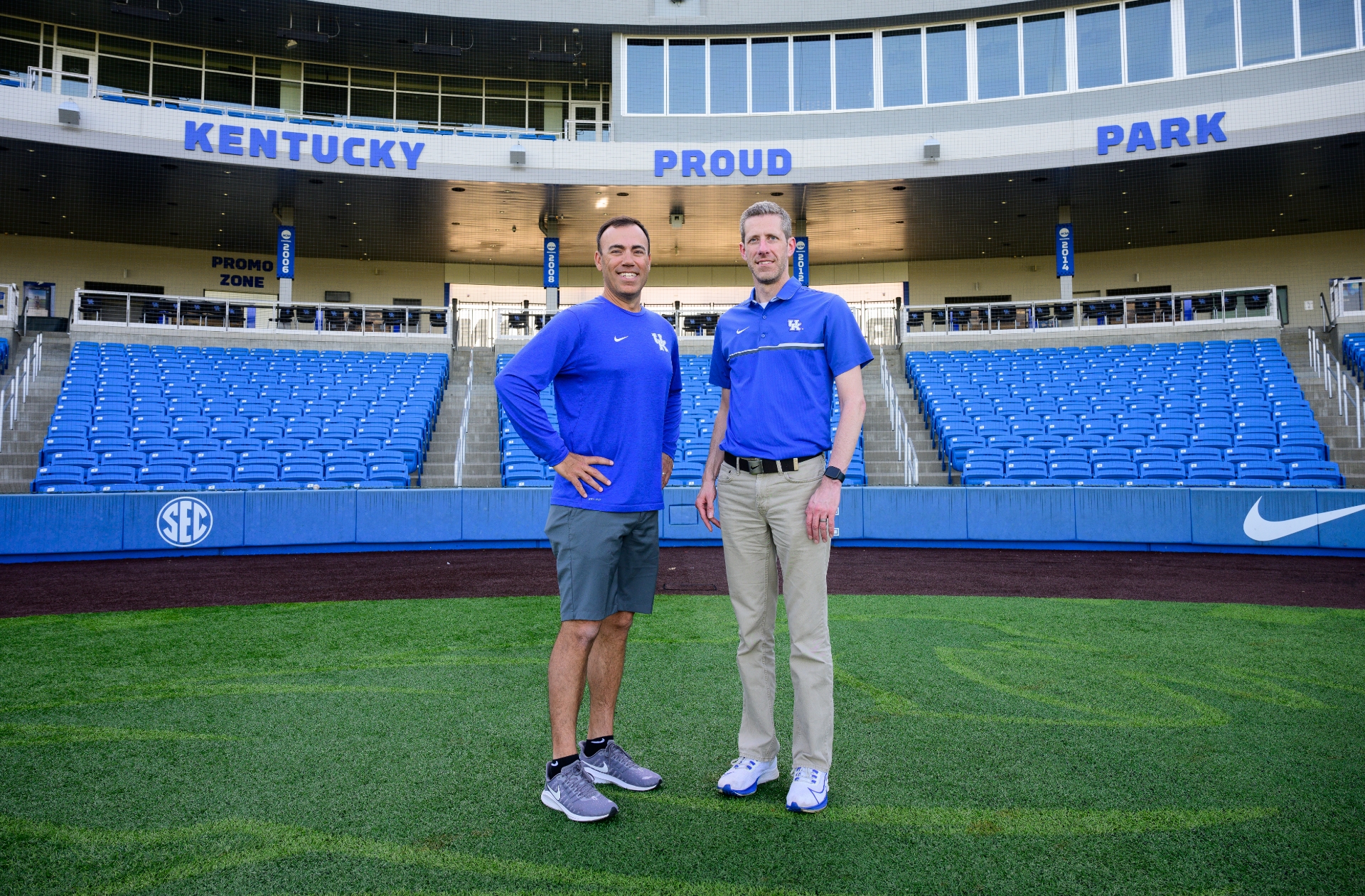 “Our team is our family,” said Coach Mingione. “When [they’re] having a tough time, you need to be there for them.”

It started when Matt was diagnosed with shingles a few months before his 44th birthday. An otherwise healthy, active guy, he didn’t let it slow him down much. But he was still feeling off weeks later, with more symptoms slowly piling up.

On January 13, 2022, Matt woke up feeling a little shaky. While picking his older son up from kindergarten, he threw up at a red light and realized he had a bad headache. But the alarm bells didn’t start ringing for Matt and his wife Carmen until a day later. 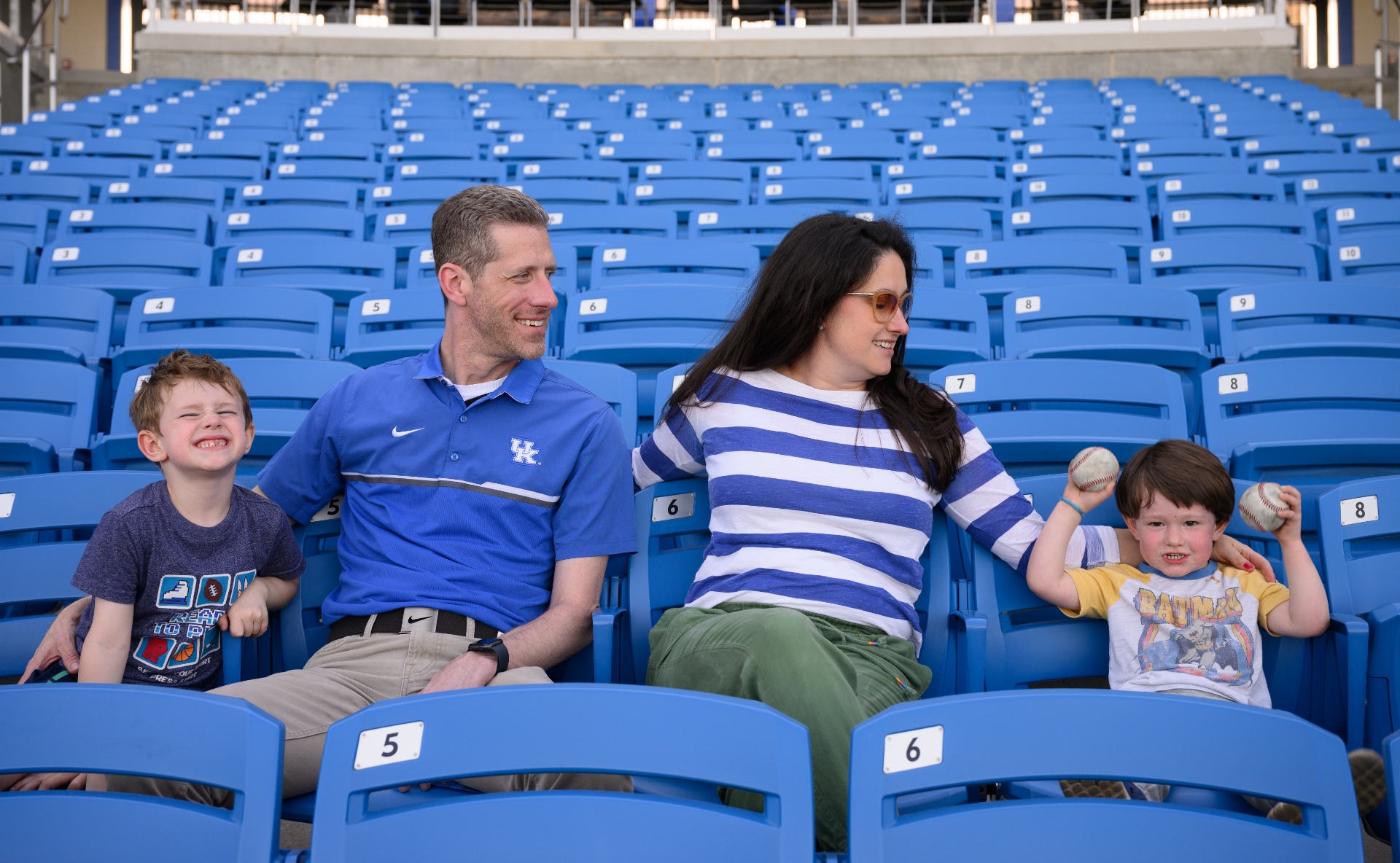 Matt and his wife, Carmen, keep busy with their active careers and caring for their sons.

“Matt came down the hallway to get me and said, ‘Carmen, I think I’m having a stroke,’” said Carmen. “It sounded like he was ricocheting off the walls because he couldn’t walk in a straight line.”

Matt and Carmen knew the typical signs of a stroke, and the BE FAST acronym (Balance, Eyes, Face drooping, Arm weakness, Speech difficulty, Time to call 911). Matt’s symptoms didn’t look like a typical stroke. Carmen called 911, but when the paramedics arrived and assessed Matt, they determined he wasn’t having a stroke. After consulting with Matt’s doctor, Carmen took Matt to the ER for further testing. 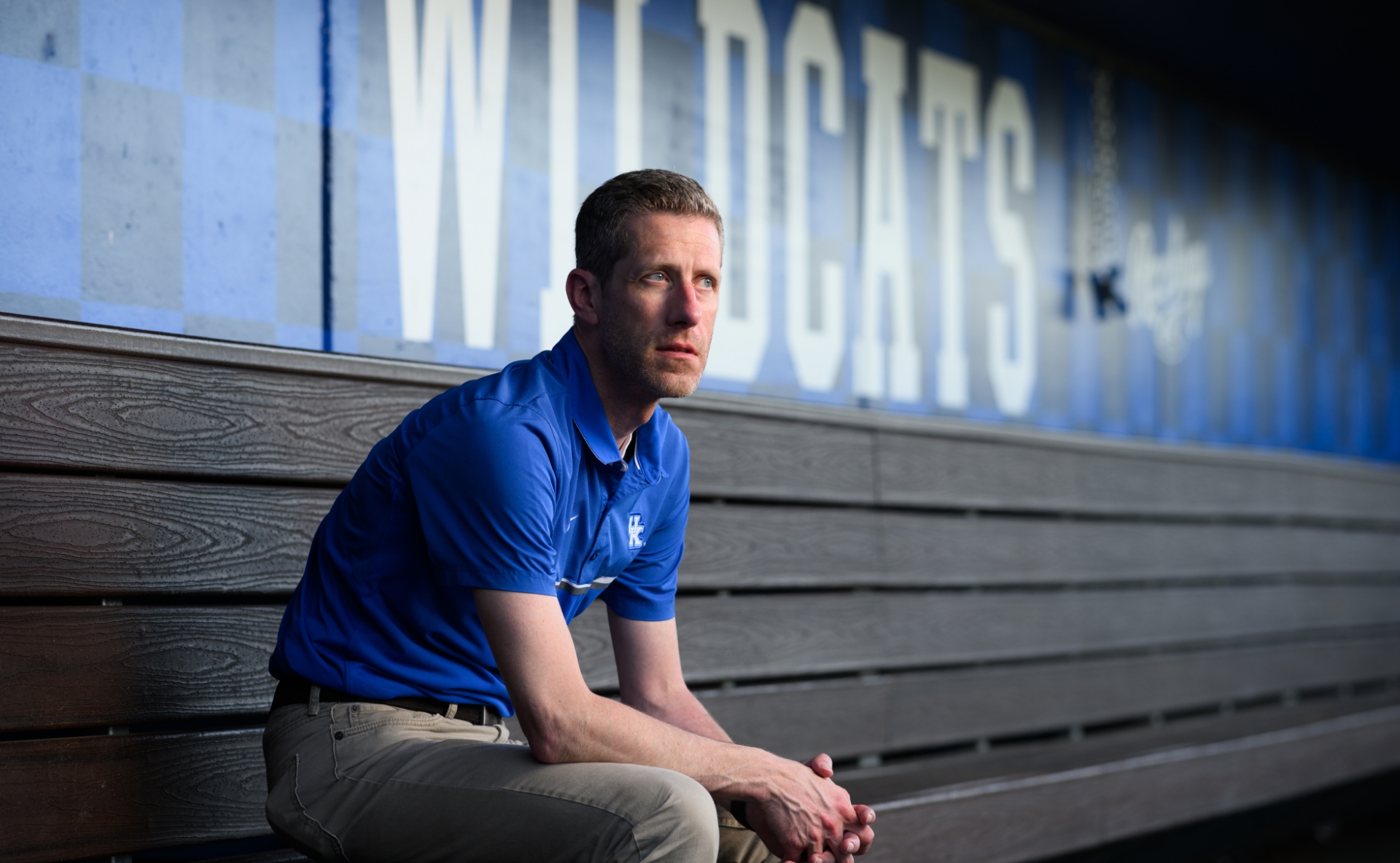 “Thankfully it happened at home,” said Matt. “We got to the emergency room quickly.”

It was the right call. While Matt waited in the ER, his symptoms escalated. The side of his face started drooping—a telltale sign of stroke. By the time he was admitted, the left side of his body and face were paralyzed. 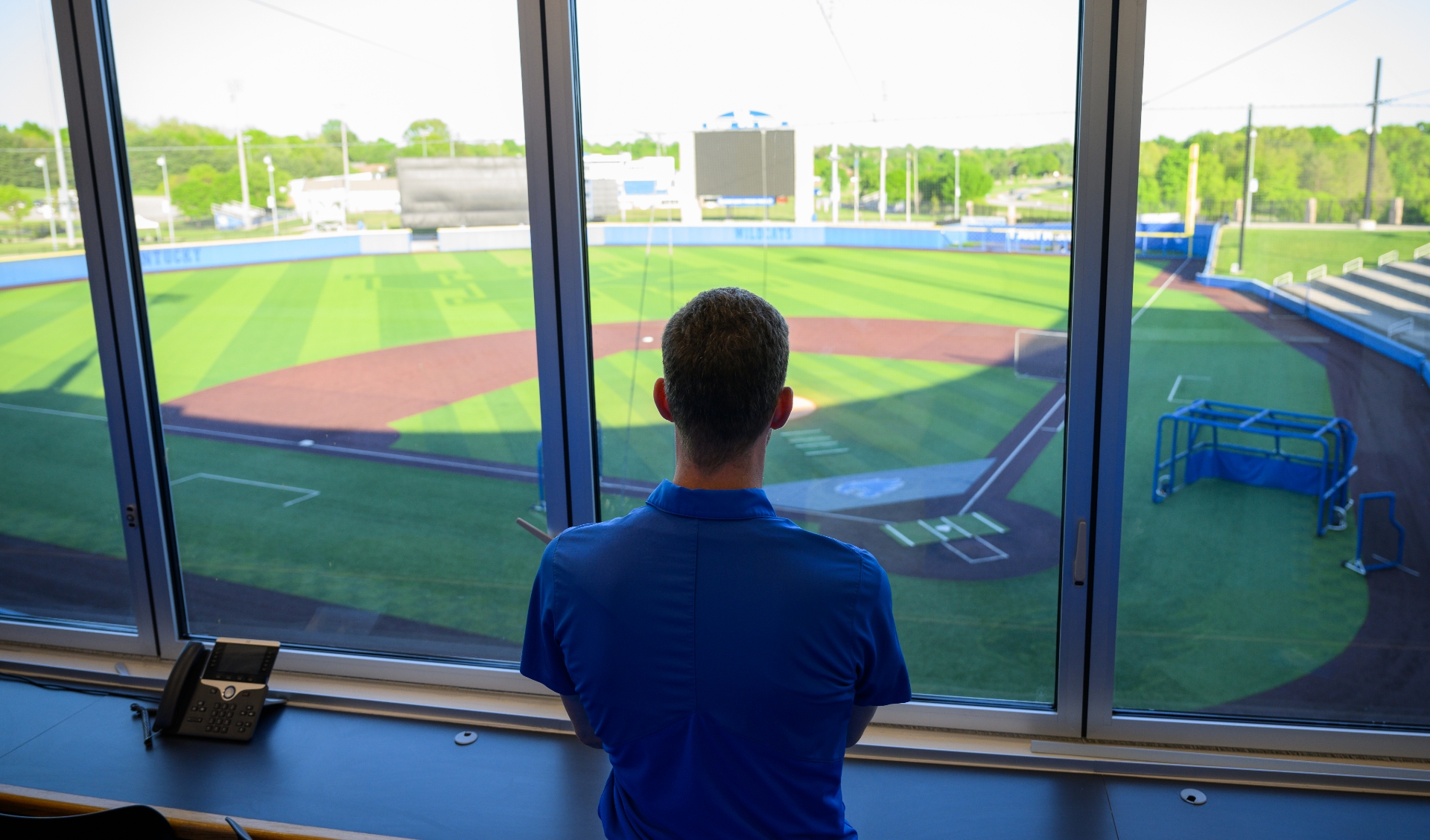 “People who have strokes in the area I did [often] don’t make it,” said Matt. “That’s very sobering.”

“They knew I had a stroke because by that time, weakness and decreased tone were found on my left side—but they didn’t know why,” said Matt. “It took 48 hours and a spinal tap for them to figure out what had caused it.”

The culprit behind Matt’s stroke was surprising: the varicella-zoster virus—better known as shingles—crossed his blood-brain barrier, damaging blood vessel walls in Matt’s brain and causing a stroke. 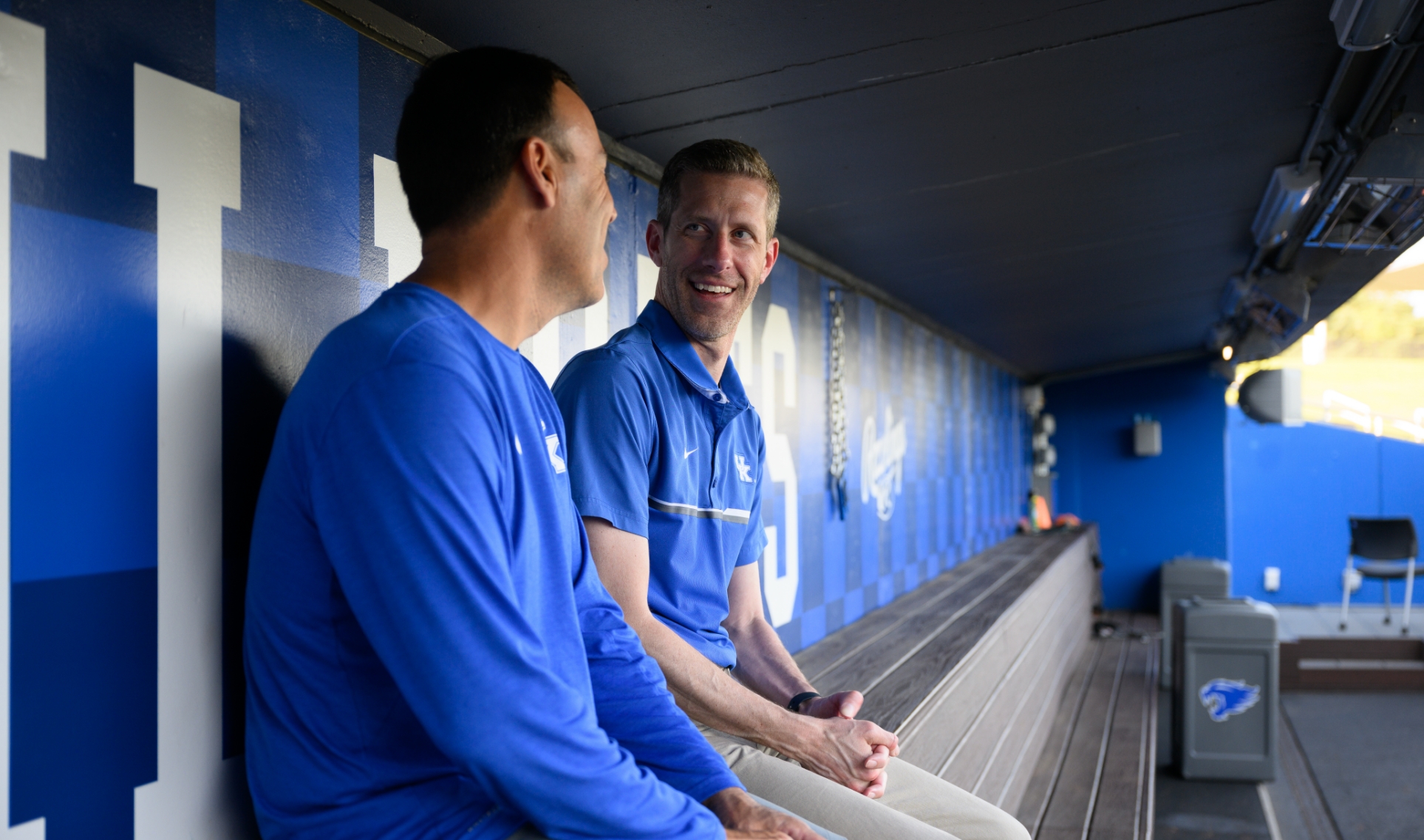 “Your stroke risk is the highest the first month after your shingles diagnosis,” said Dr. Tarek Ali, Matt’s neurologist at UK HealthCare’s Kentucky Neuroscience Institute. “Matt’s stroke was three weeks after he got shingles.” 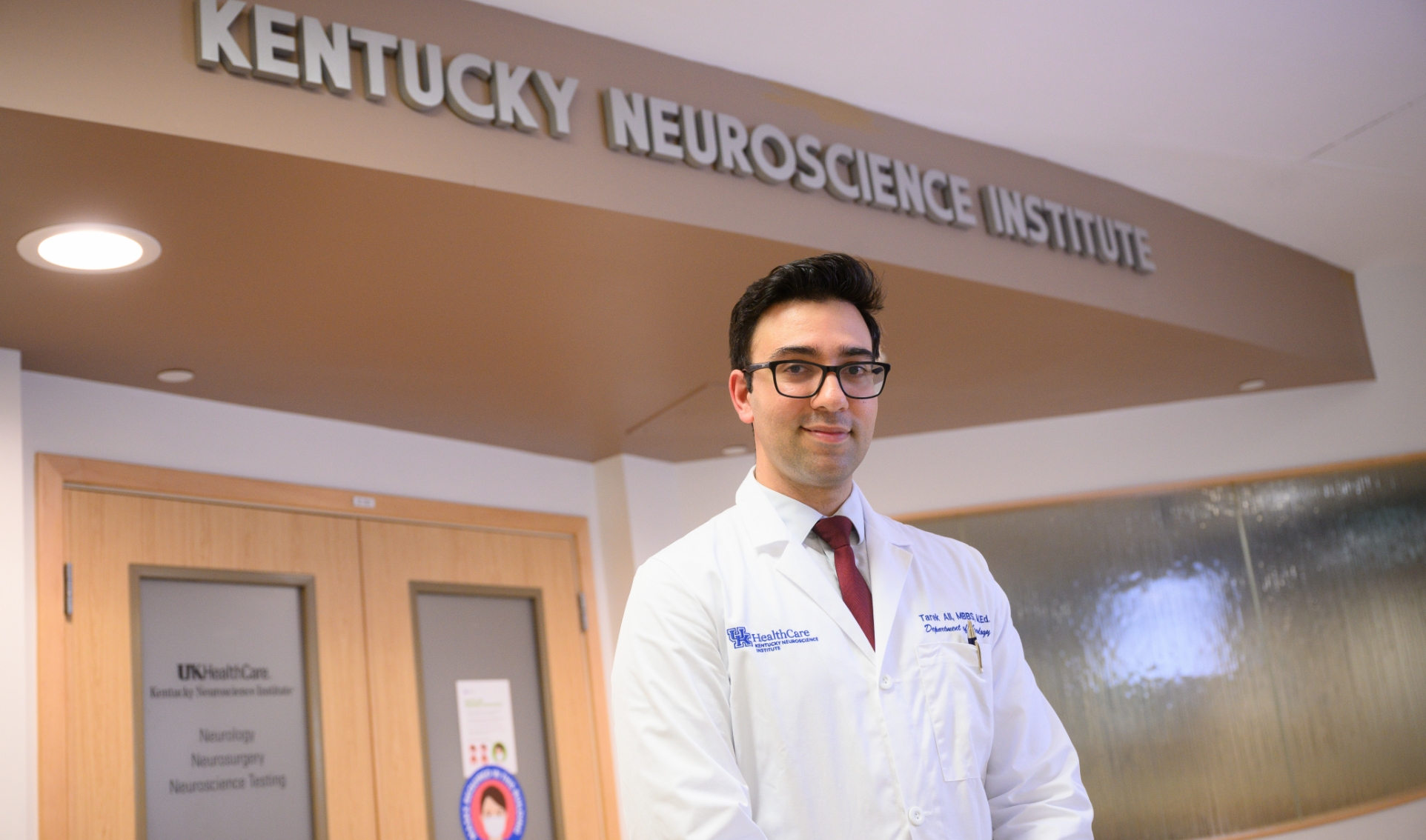 “Matt’s stroke was actually very small,” said Dr. Ali. “But it was in a region that [had] a huge impact.”

“When I first arrived at the ER, one of the doctors put me on an IV drip for shingles, so I had already been on it for two days when they found out the virus caused my stroke,” said Matt. “It ended up being a 14-day cycle to kill the shingles virus and get everything cleaned up. It was so great she thought ahead.”

Thankfully, Matt’s stroke hadn’t impacted his cognitive or speech abilities. He still had his quick wit and sense of humor—he just needed to focus on re-learning how to walk and use his left hand. Matt’s care moved to
Dr. Stephen Porter at Cardinal Hill Rehabilitation Hospital, where UK HealthCare Physical Medicine and Rehabilitation provides post-stroke care. 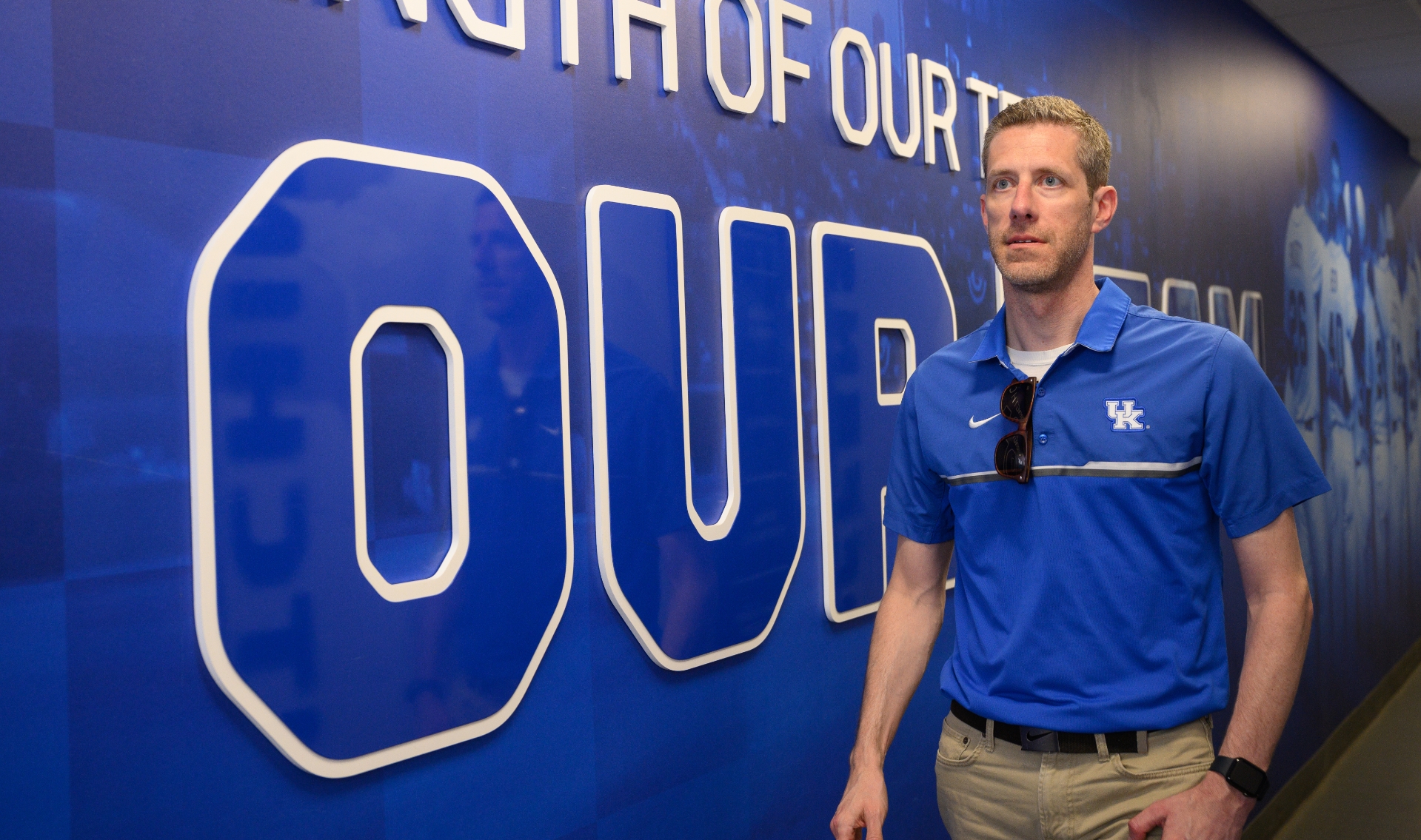 Matt knew the road ahead would be challenging–but he hasn’t ever met a challenge he didn’t tackle head-on.

Immediately after arriving, Matt got to work with his physical therapists and occupational therapists to rebuild his strength on the left side of his body. It was frustratingly slow, but Matt stayed upbeat and positive, with his eyes on the prize: getting home for his birthday. He made it with a day to spare, walking across his lawn with only a cane for help. 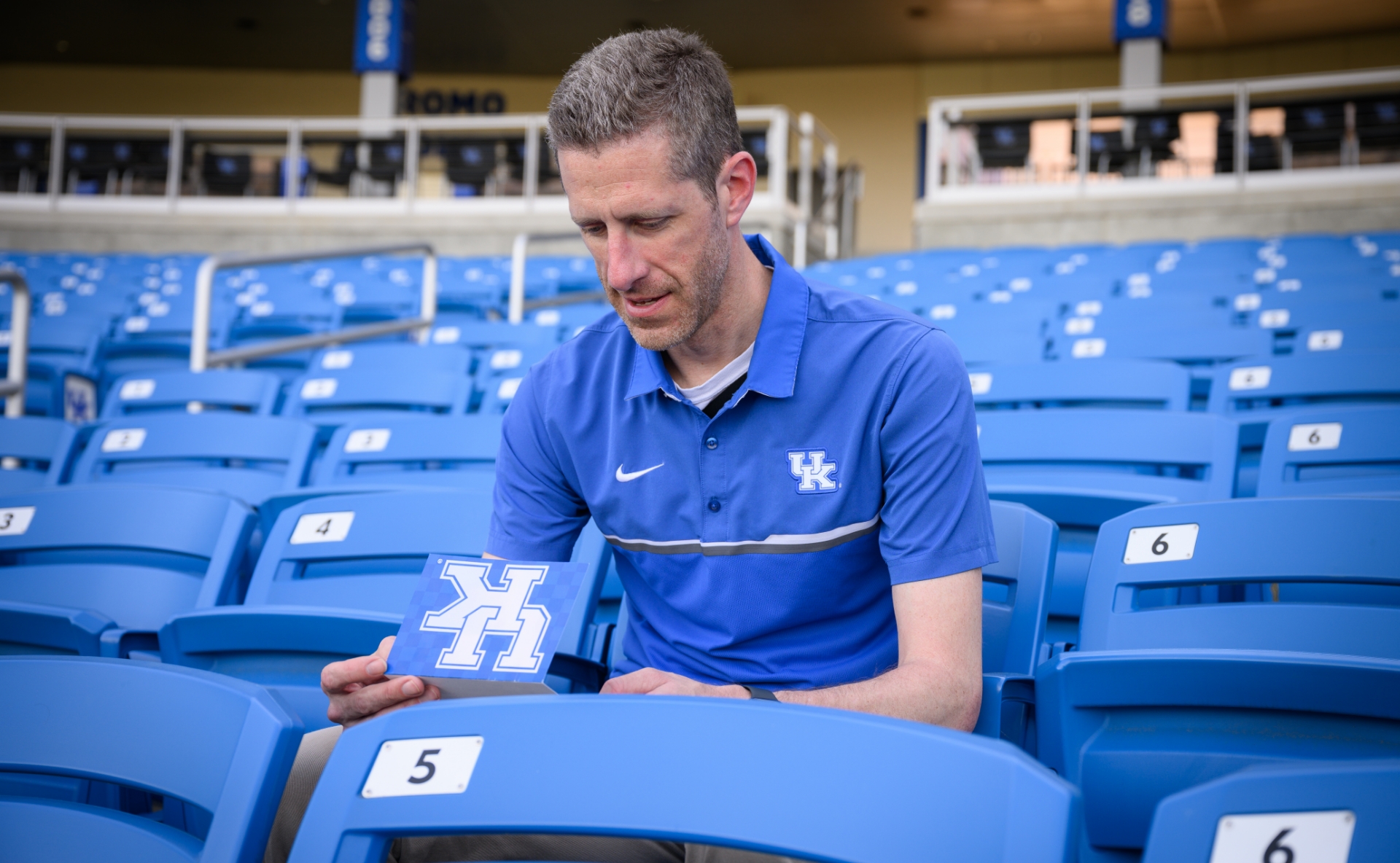 “It’s okay to be vulnerable and to ask for help,” said Matt. “There’s a lot of people that are willing to help.”

As Matt healed, he and Carmen leaned on the support of family, friends, and the larger village that is UK Athletics. Coach Nick Mingione personally talked with Matt’s rehab team. Coach Mingione’s wife, Christen, set up a meal train that filled up in a matter of hours. Players sent Matt handwritten letters to keep his spirits up. Coworkers even sent Matt a pair of shoes without laces so he could put them on by himself. The support was overwhelming—and it made a difference. 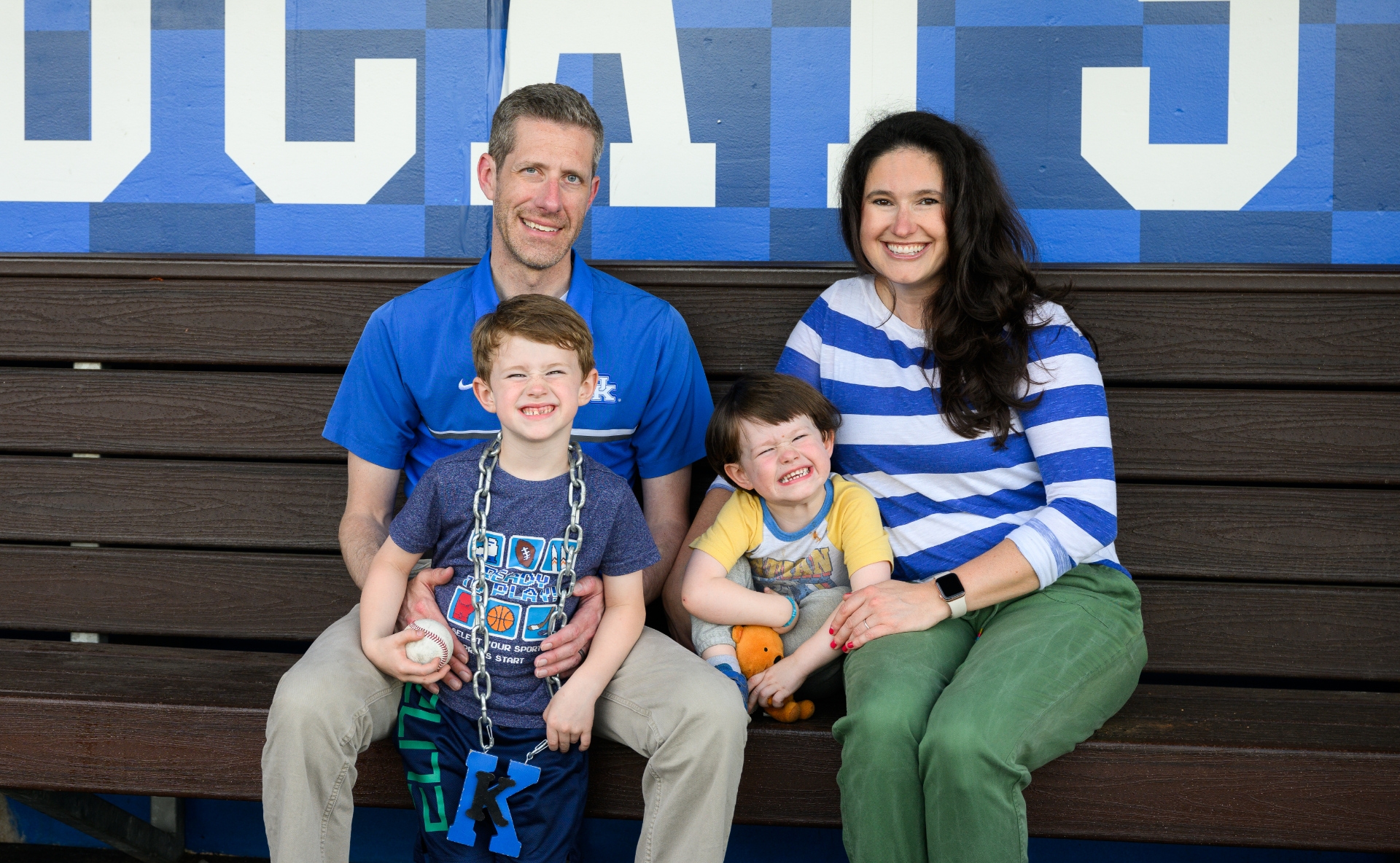 “We help people all the time,” said Carmen. “This is our turn to accept it, and embrace the help.”

“One of the most important things at UK is family,” said Coach Mingione. “There were so many people who got involved because when you love and care about somebody like we love and care about Matt, Carmen and their boys, it’s easy to step in and step up to whatever they may need.”

“When people say life can change in an instant, it really can. Your whole world turns upside down,” said Matt. “There are no guarantees, but I am so lucky I have the opportunity to get back to one hundred percent.” 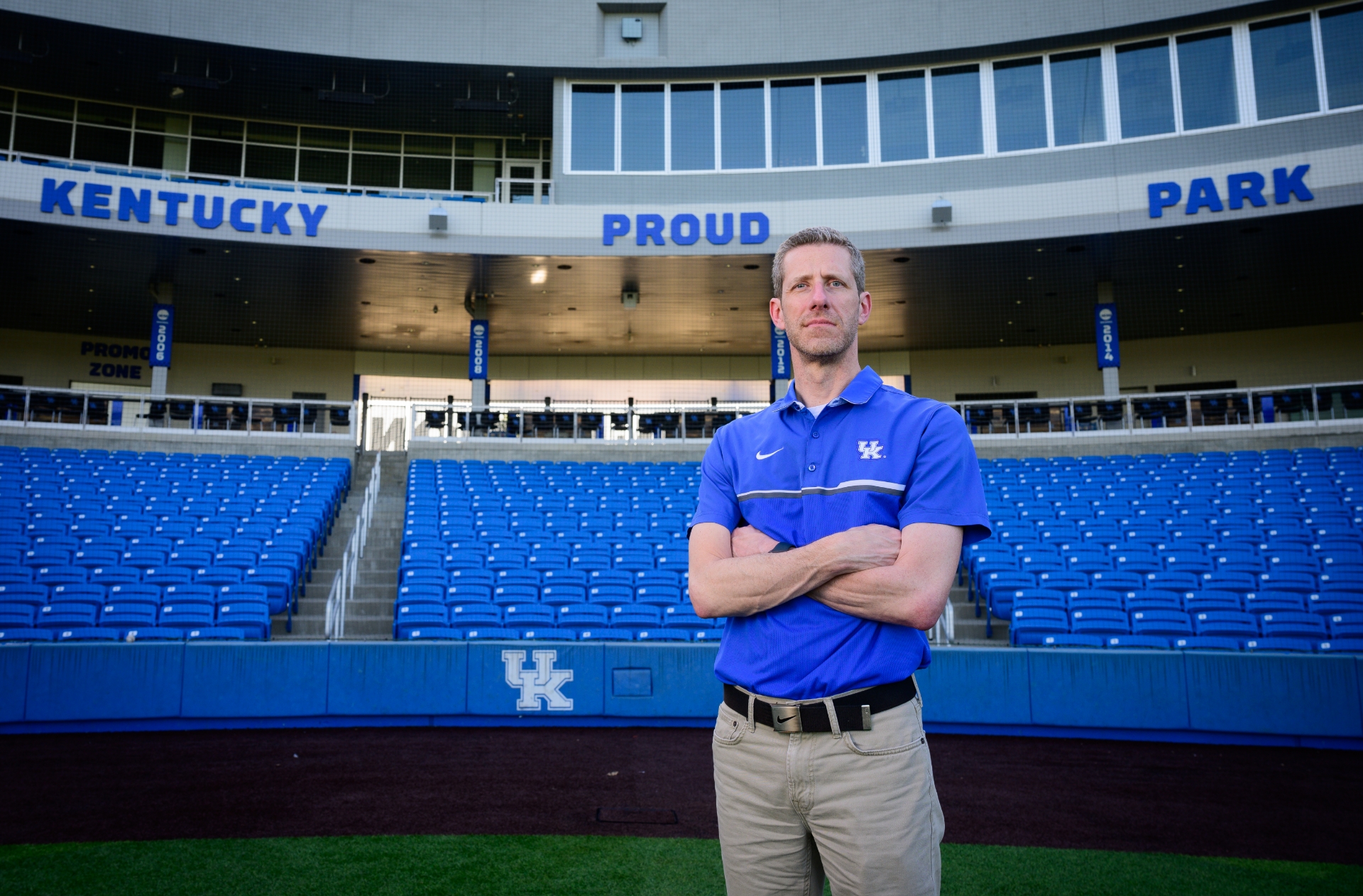 “You just keep going and going until you meet your goals,” said Matt.