“I have never given up. I have never stopped fighting. I will never stop fighting until the Lord takes me home. Until that day, I’m going to fight for me.”

When Brandi Jones was 17, she temporarily lost function of the entire right side of her body. An inflamed optic nerve, weakness in her hands and feet, bladder dysfunction, pain and tingling were just a few of the symptoms that rendered her immobile. 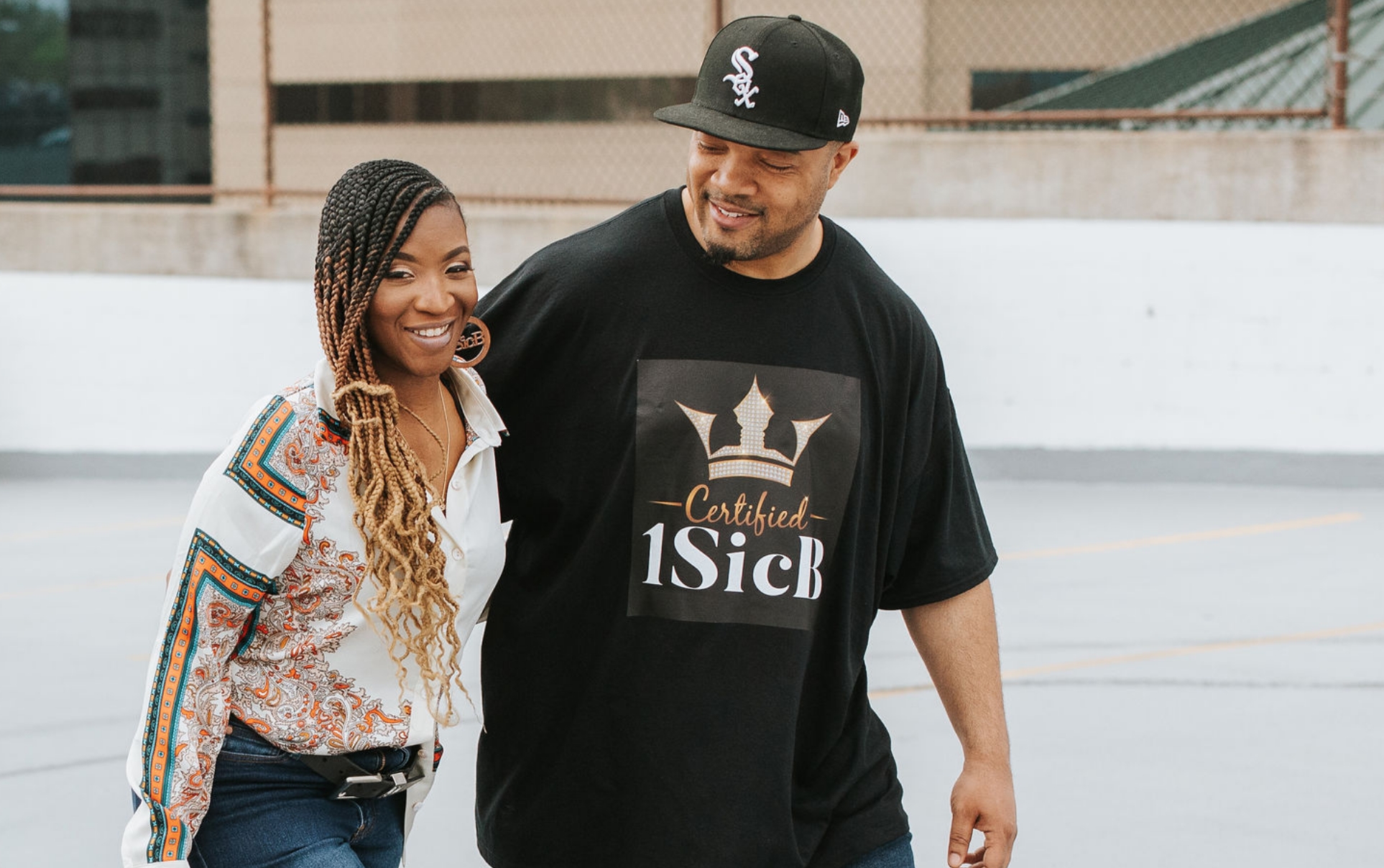 Brandi’s partner, Cory, has been an integral part of her support system.

This would be a jarring experience for anyone, but it was particularly difficult for Brandi, who had welcomed her first child only a few months beforehand. Suddenly, she couldn’t even hold her daughter. 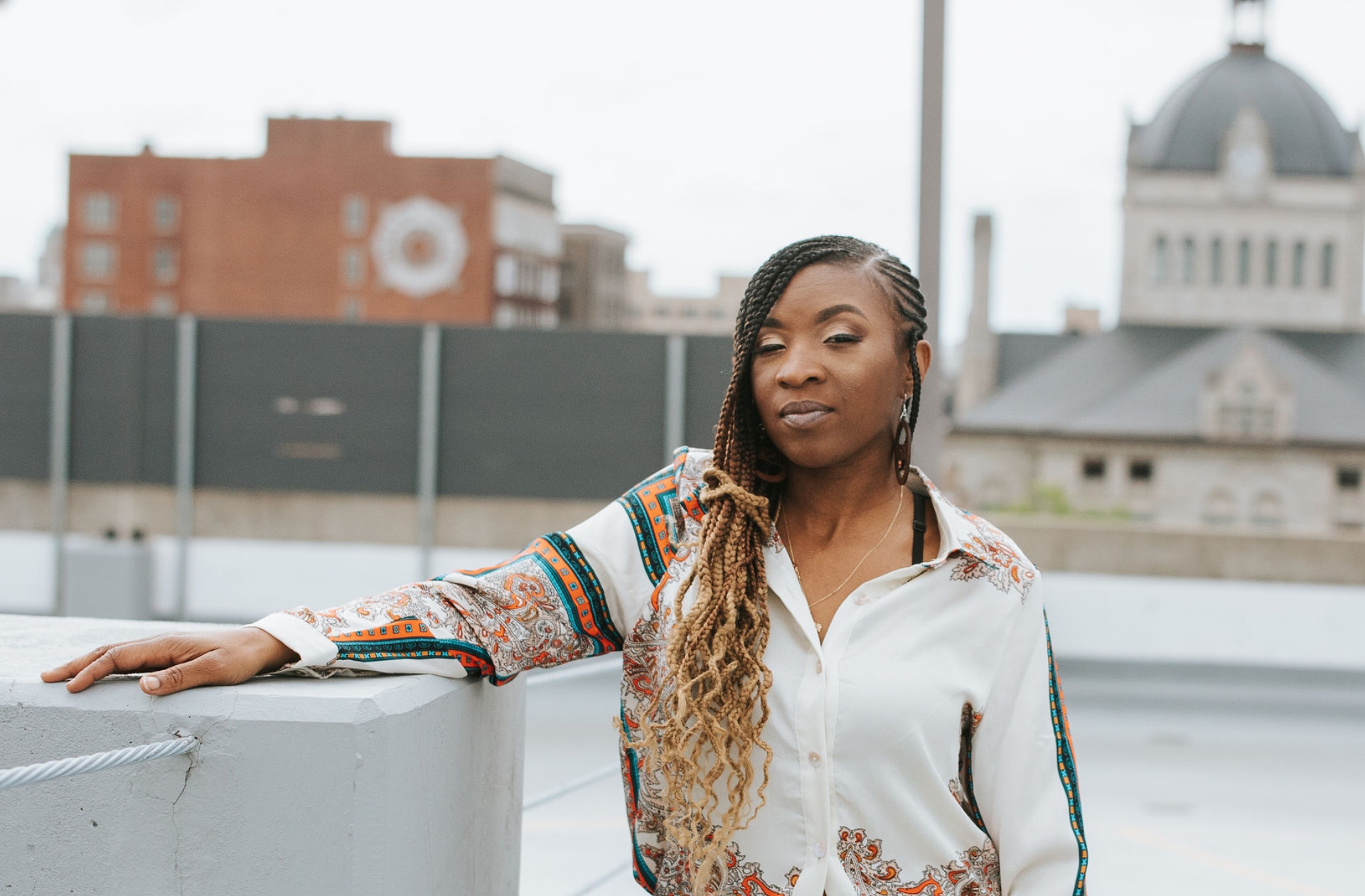 “[Whatever] life throws at you, refuse to carry the spirit of brokenness,” said Brandi.

After being seen by her primary care physician, Brandi was referred to a neurologist. An MRI and spinal tap revealed that Brandi had Multiple Sclerosis (MS), an unpredictable disease of the central nervous system that disrupts the flow of information within the brain, and between the brain and body.

It’s been 20 years since Brandi was diagnosed with MS, and she’s been fighting ever since. But managing the disease hasn’t always been easy. 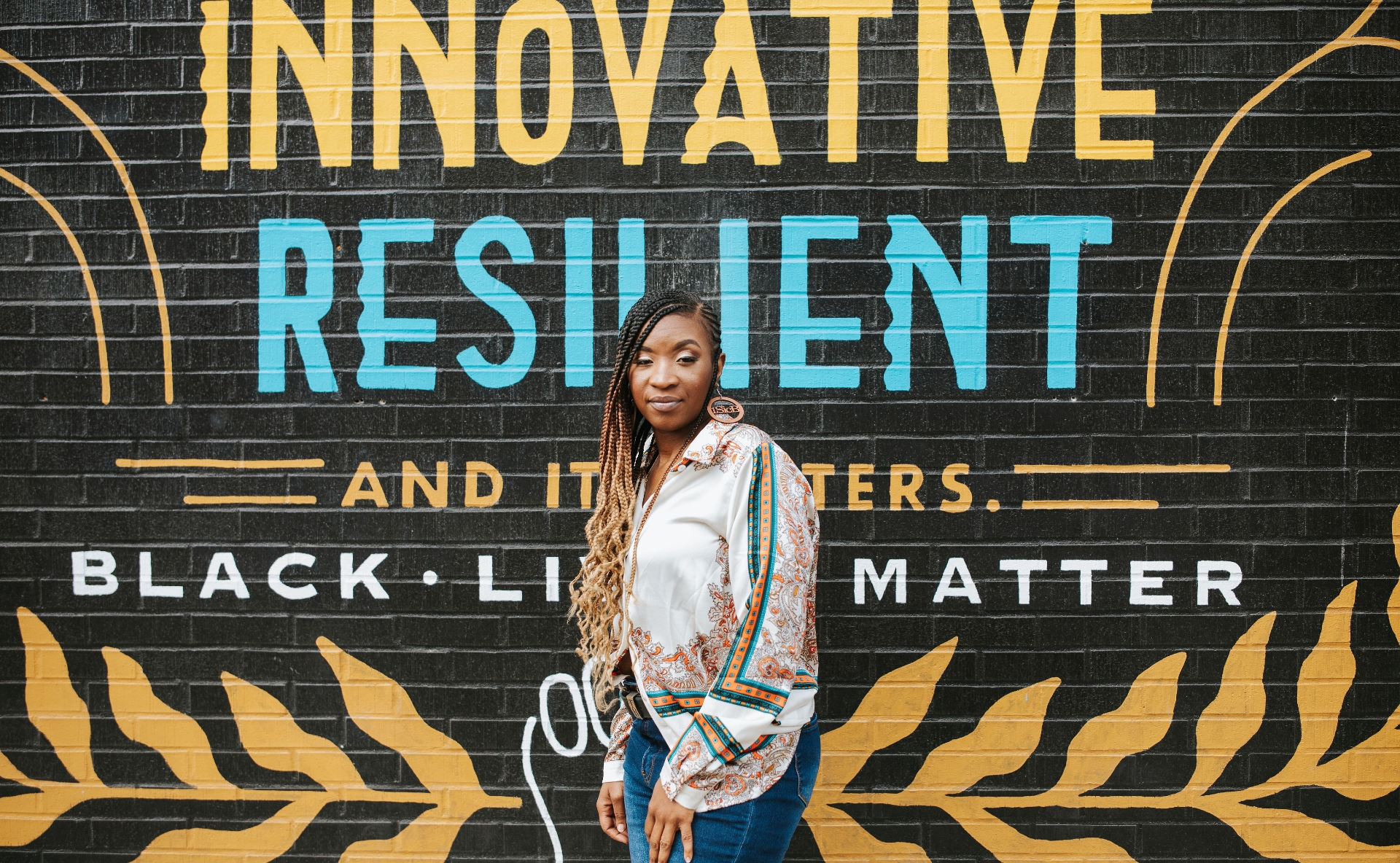 “I want people to be proud of who they are and embrace what they’re going through,” said Brandi.

Throughout her teens, she tried various medications, but nothing seemed to help. In her 20s and 30s, Brandi struggled to find the quality of care she needed, at times feeling dismissed by providers who failed to properly address the severity of her symptoms.

“When you’re a minority and you have an autoimmune disease, you’re fighting ten times harder,” said Brandi, acknowledging the racial disparities in healthcare that still exist today. 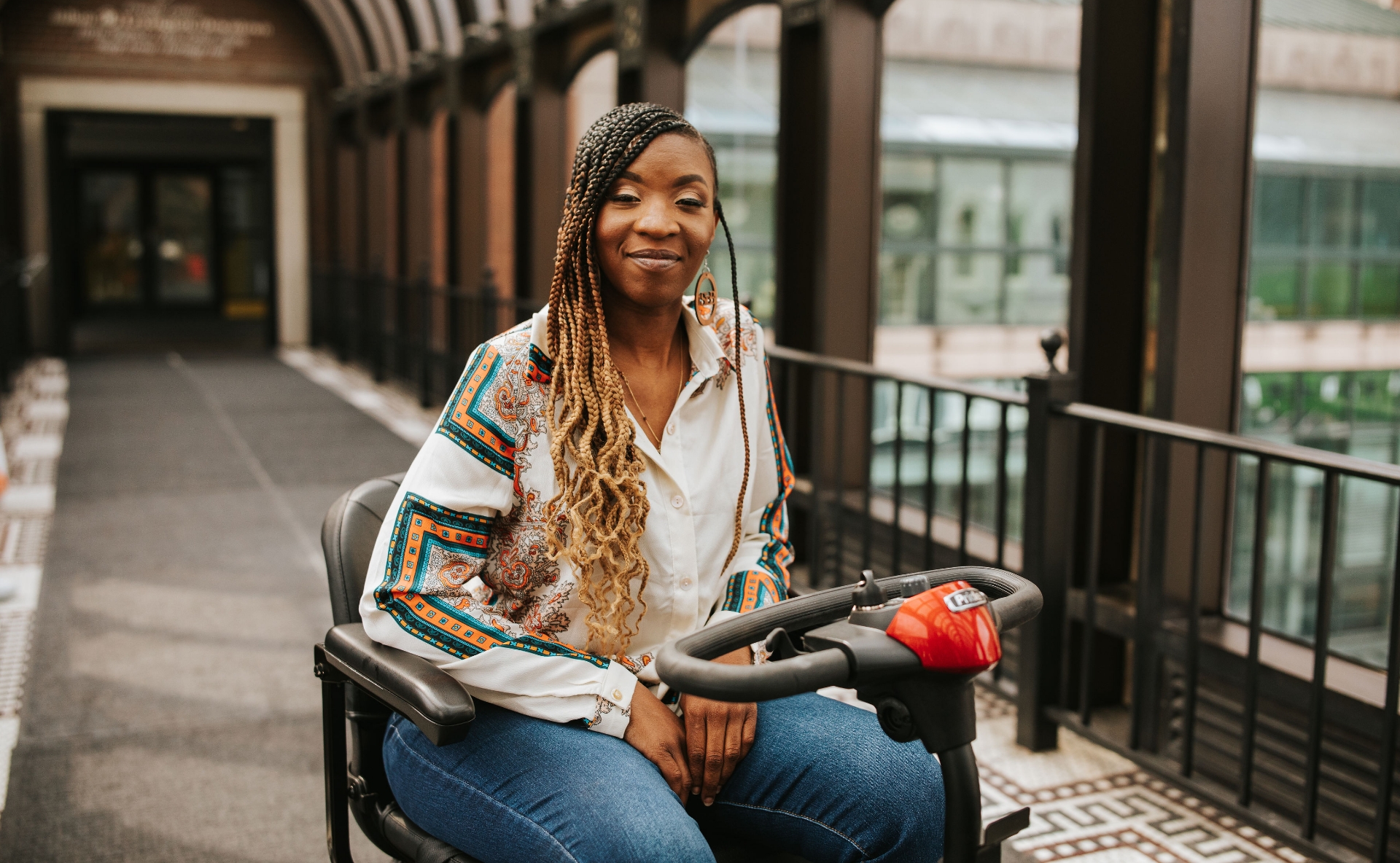 “You’re afraid to speak up because they’ll assume you’re a drug user,” said Brandi. “But no, you’re in pain.” 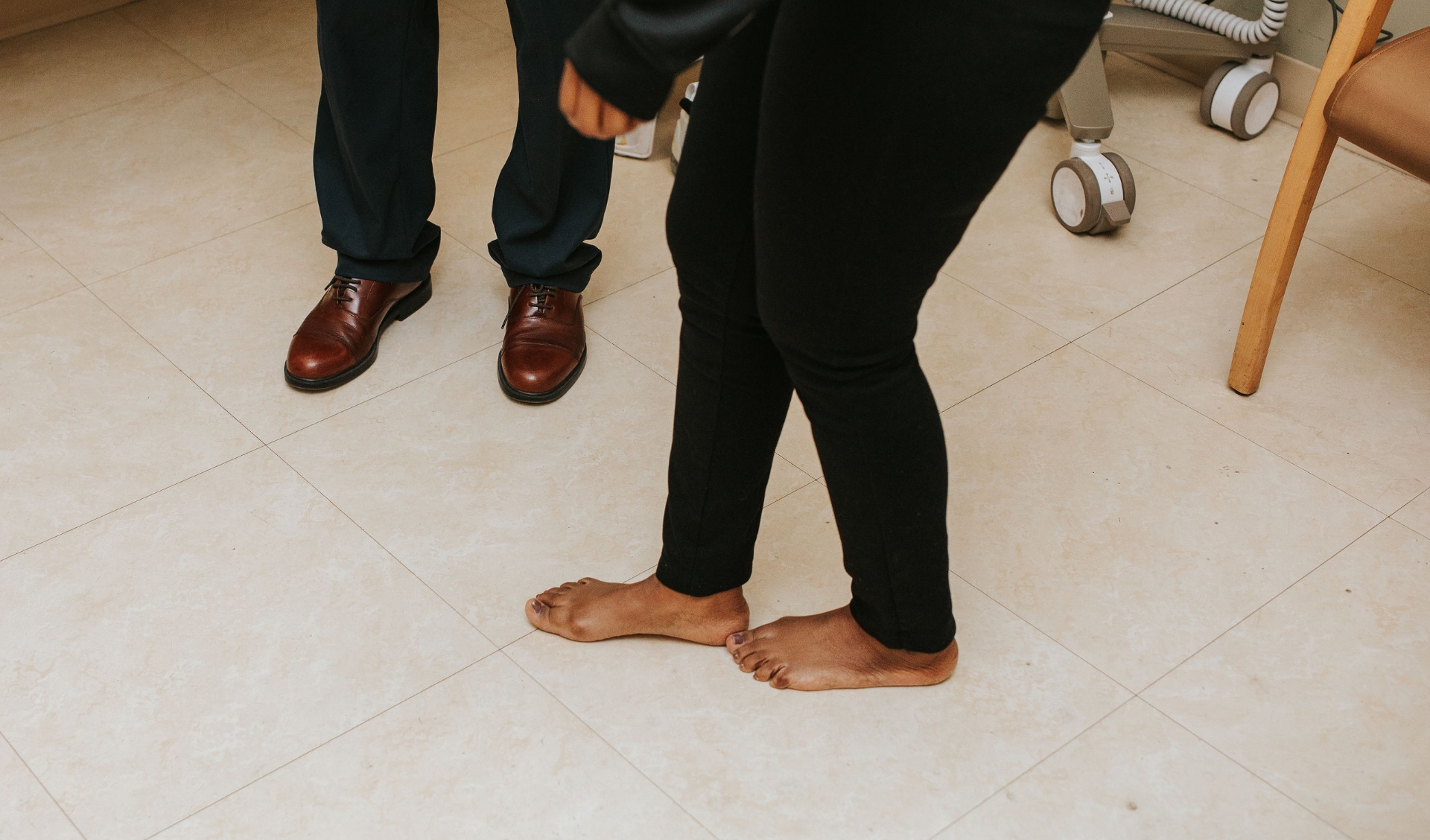 “I can reach out to [Dr. Avasarala] anytime,” said Brandi. “I’ve only felt comfortable like that with a couple of doctors.”

“Most doctors don’t know enough research on how MS affects minority patients,” said Brandi. “I haven’t had one provider who said, ‘Hey, I know a doctor who specializes in minorities and might be able to help you.’” 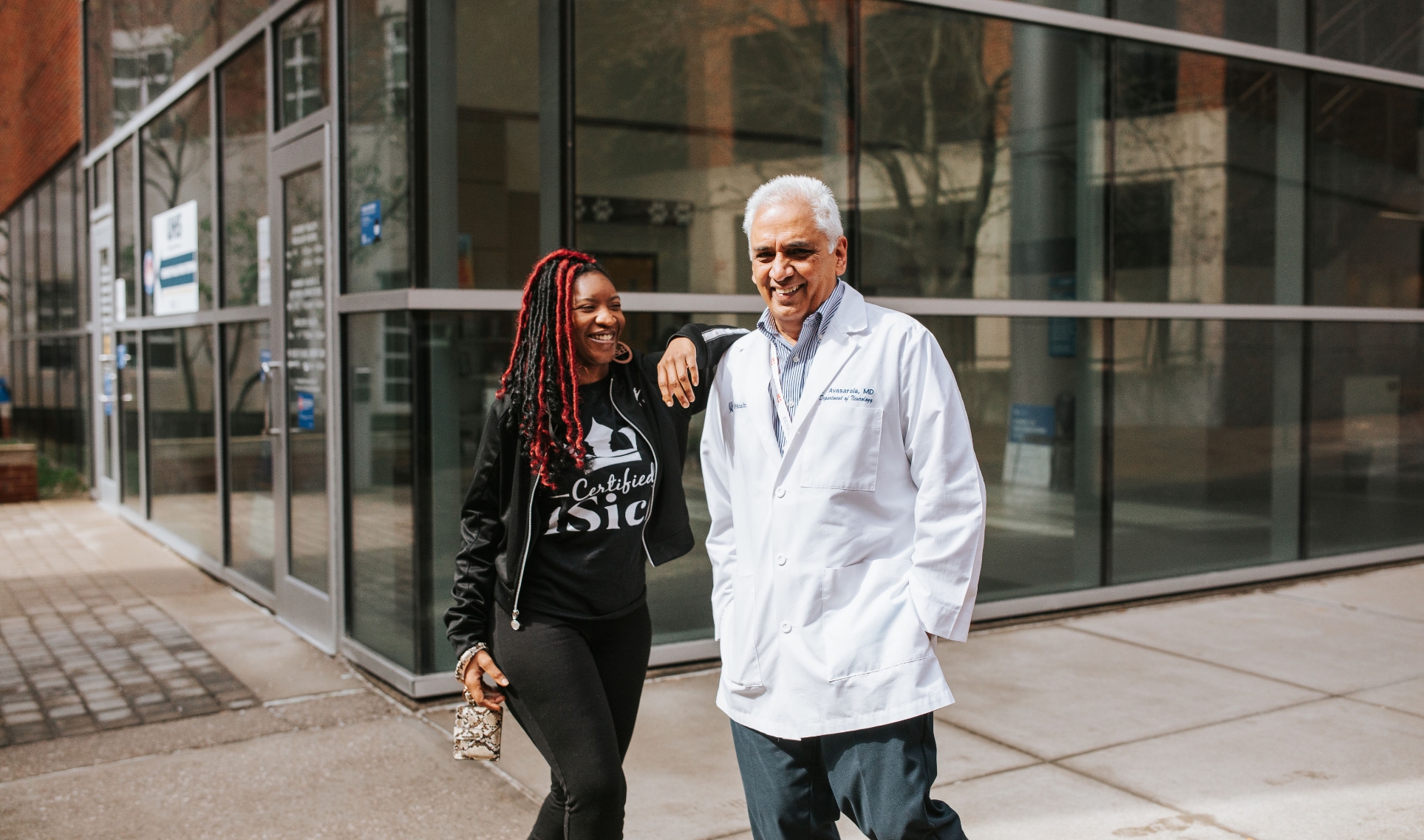 “I researched, and I [found] that Dr. Avasarala was coming to the University of Kentucky,” said Brandi.

And then Brandi heard about Jay Avasarala, a neurologist at UK HealthCare’s Kentucky Neuroscience Institute. In addition to his extensive experience in the diagnosis and treatment of MS, Dr. Avasarala has been advocating for minority patients and specifically studying MS in Black patients since 2014. 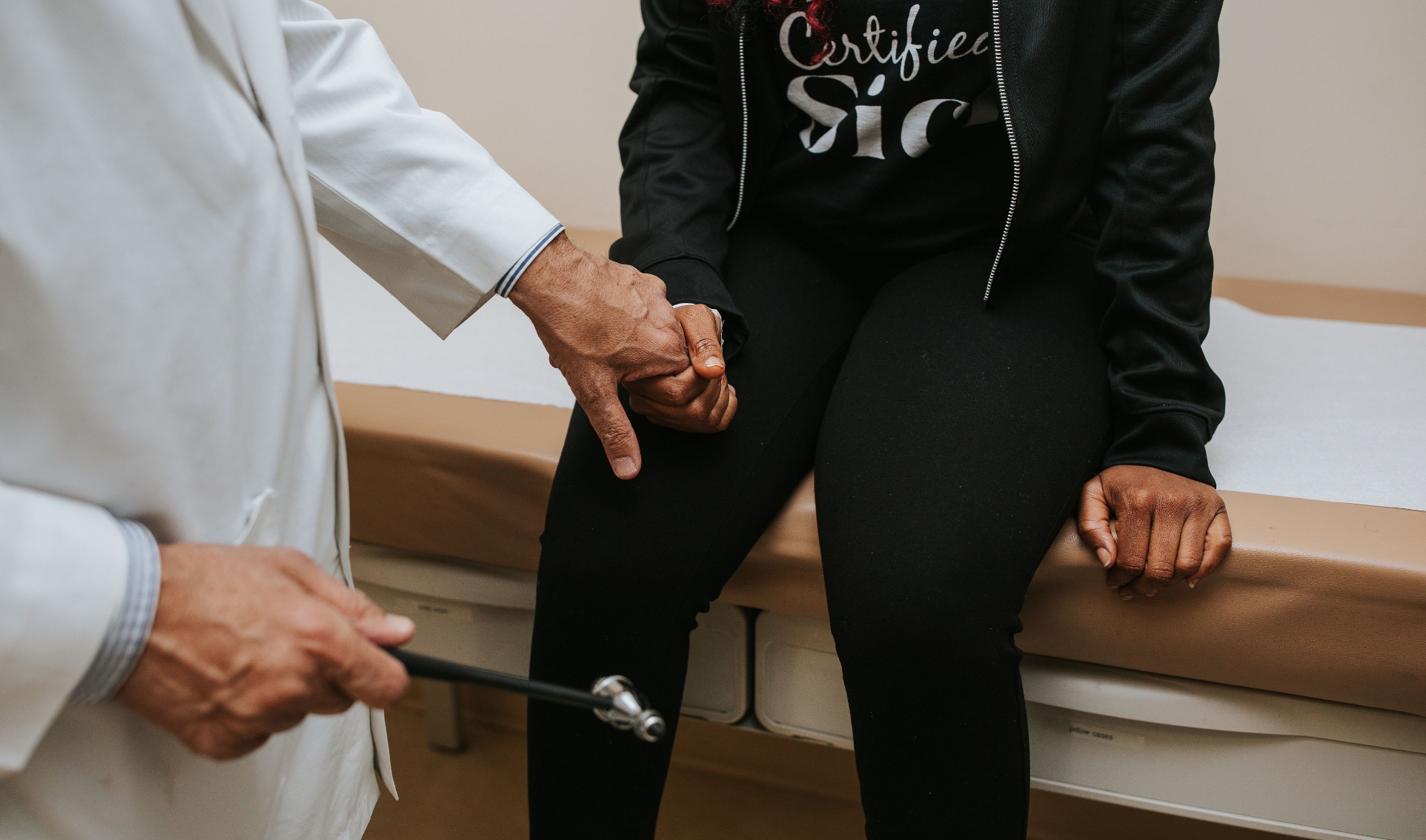 “When I was in excruciating pain, he didn’t question it,” said Brandi.

“By the time I saw Dr. Avasarala, I was screaming for somebody to truly understand what I was going through and to know that it’s different,” said Brandi. “It was a weight lifted off my shoulders because this is somebody who has seen it for himself. He’s done the research. He knew the statistics. I didn’t have him questioning the likelihood or severity of my pain. He told me to advocate for my own health care.”

Under Dr. Avasarala’s care, Brandi was prescribed a drug called OCREVUS®—an infusion therapy that’s given through an IV (administered by a healthcare professional) twice a year. 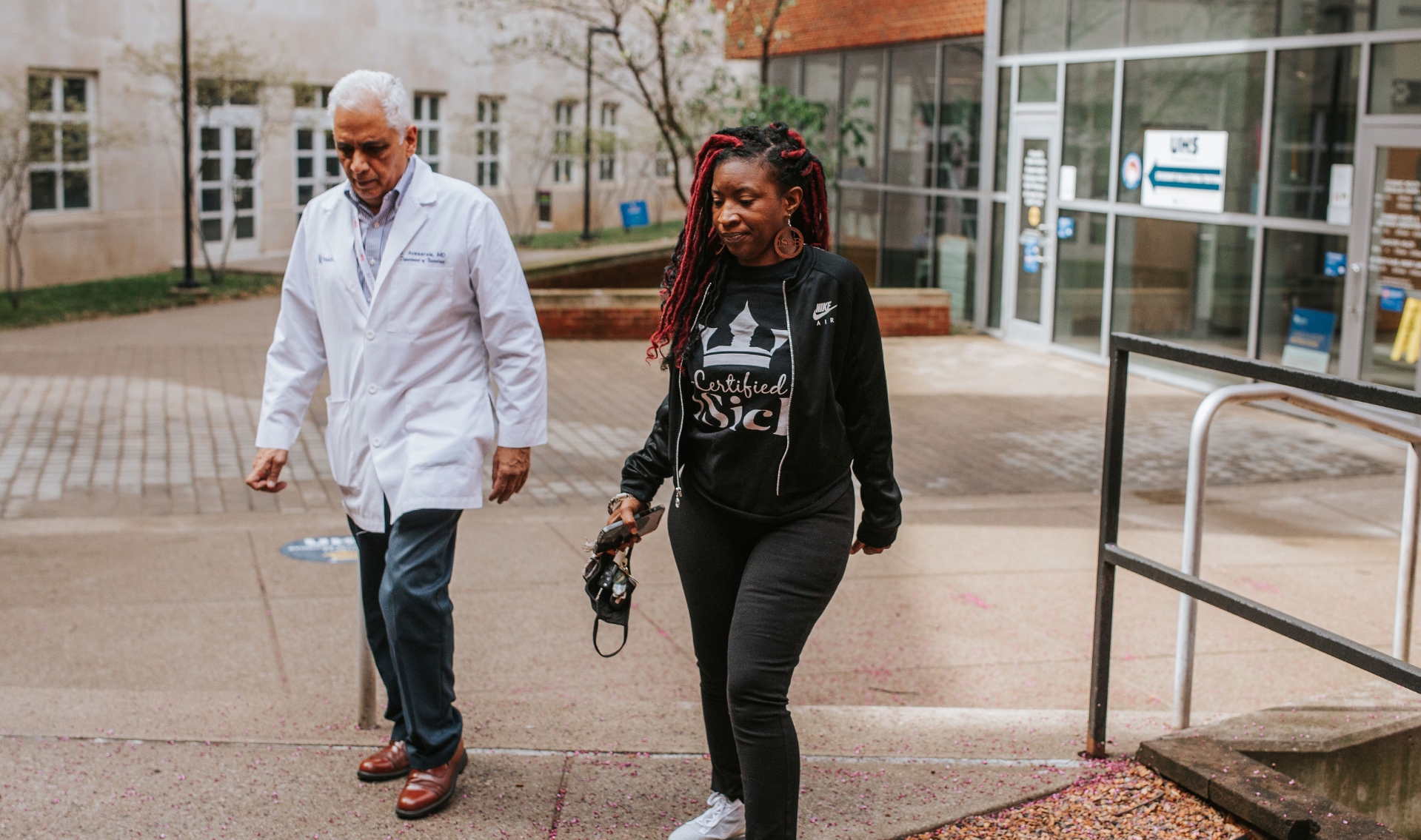 “He’s so knowledgeable,” said Brandi. “It was a weight lifted off my shoulders.”

“Dr. Avasarala explained why this treatment was going to be good for me—not just because I had MS, but why it would be good for me as an African American woman,” she said.

Since beginning infusion treatments nearly two years ago, Brandi’s MRI scans have shown no MS lesions. Dr Avasarala says that from a clinical perspective, she’s doing well. But Brandi’s story is only one of many—and according to Dr. Avasarala, more research and studies must be done to ensure more favorable health outcomes for Black people with MS. 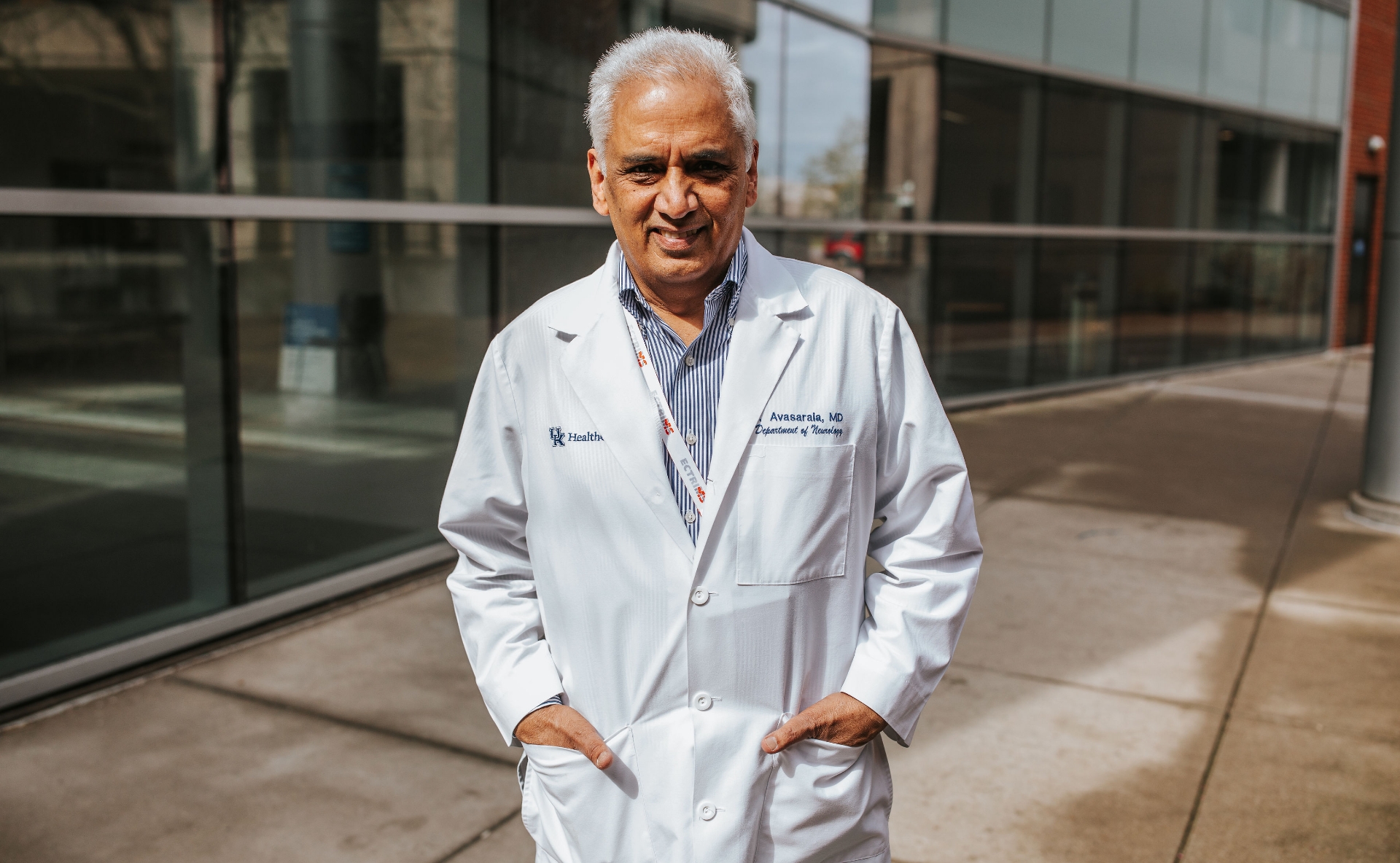 “The disease is aggressive in minority populations,” said Dr. Avasarala. “That’s not to say Caucasians don’t have severe cases of MS. They absolutely do. But the proportion of individuals with severe disease is significantly different between the groups. It would make sense in a drug trial, that if you treat the most aggressive population effectively, that would be your ticket to success. We need to really reach for the stars and try to combat the disease at its worst.” 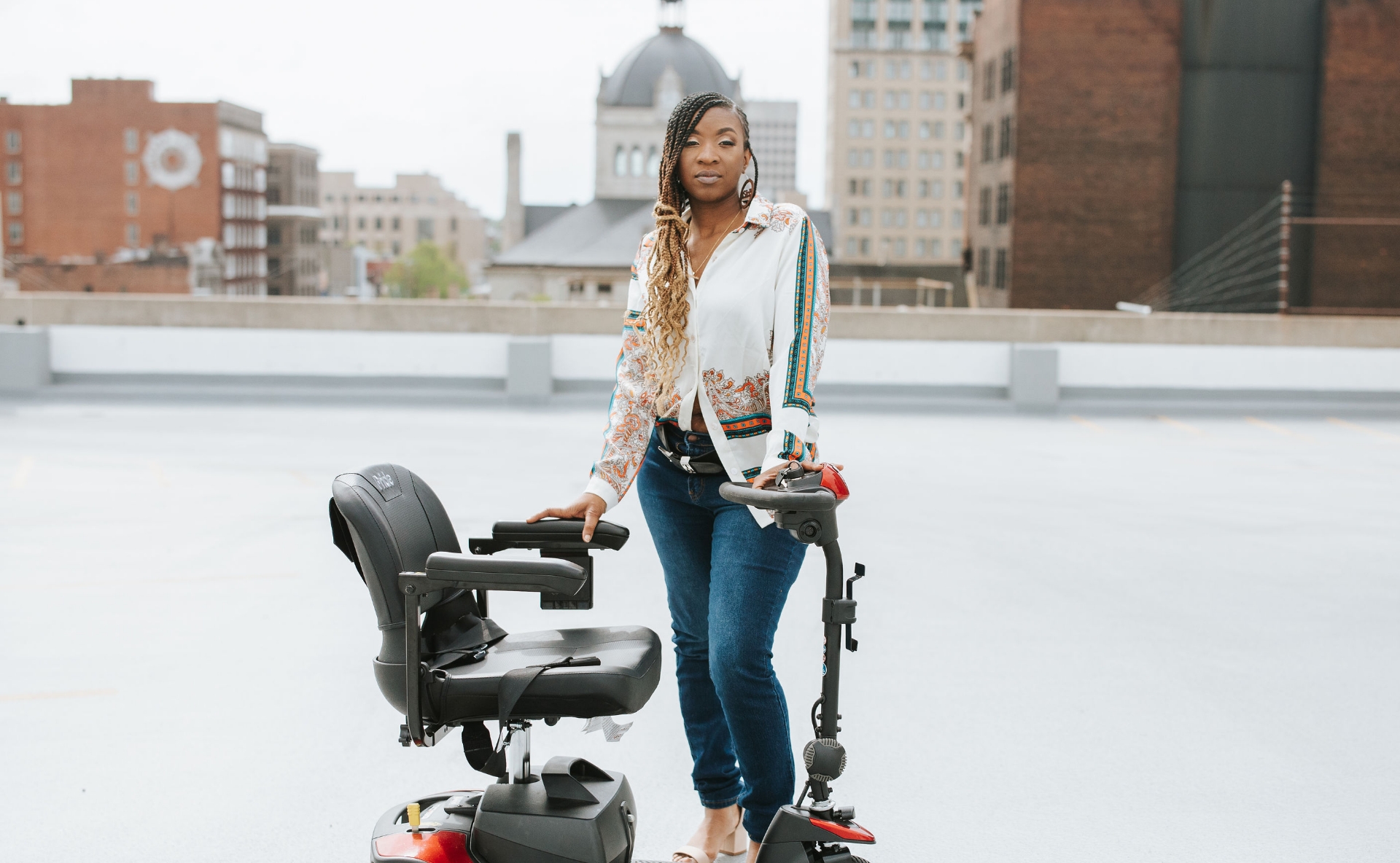 “Minorities are a high percentage of MS [cases],” said Brandi. “But we’re not written about, we’re not advocated for.”

While smaller trials, repositories and data banks on MS in African Americans do exist, Dr. Avasarala said they are not large enough to represent the broader population. Forming a consortium on minority health issues pertaining to MS, at both university and federal levels, would be a step in the right direction. But this would require continuous funding for research, and the advocacy of both providers like Dr. Avasarala and patients like Brandi, to come to fruition.

“African Americans need to advocate for research and become leaders,” said Dr. Avasarala. “There is no better voice than speaking up and showing up.” 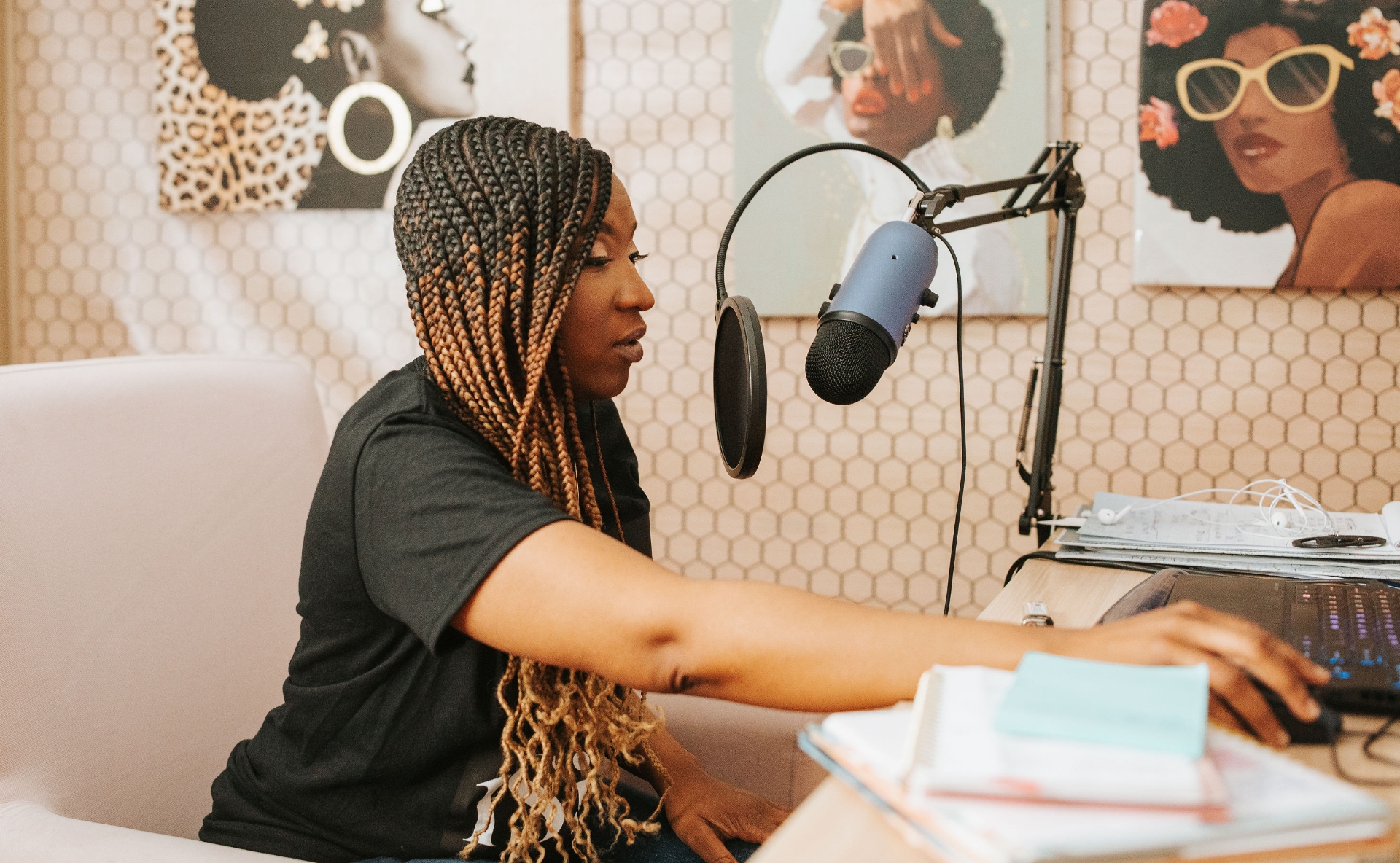 With 20 years of MS now under her belt, Brandi has become one of those leaders. She’s turned her challenges into triumphs, helping raise awareness as a district activist leader for the National Multiple Sclerosis Society and through her podcast, 1SicB. Brandi defines the term as “A strong individual that fights/faces through unimaginable, undeniable, courageous battles that life throws at you without warning but you refuse to carry the spirit of brokenness.” The podcast is a platform that “embodies, empowers, educates and invokes the Conversation between Kings and Queens thriving with MS and other autoimmune diseases.” 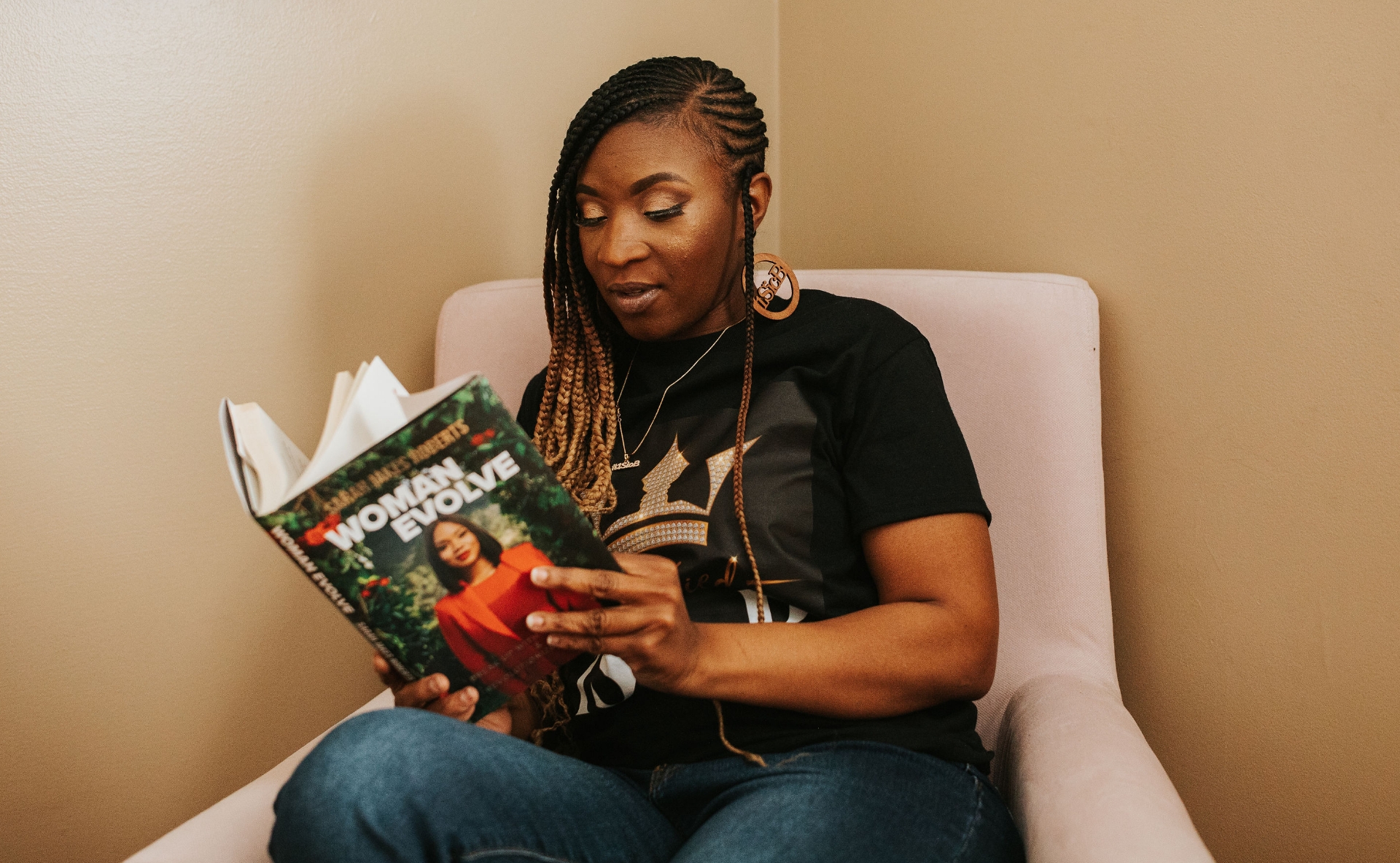 “As an African-American woman, we have to carry a certain level of strength,” said Brandi. “We’re underrated.”

“I strive for efficacy within our community,” said Brandi. “When you go through an autoimmune disease, you already lose so much. But I ask, ‘What can you bring of value to help others, and what brings value to your situation?’ There are so many people going through the same thing I am, but they either don’t have the support system or are scared to speak up. You have to speak up for yourself. If you back yourself into a corner, how are you going to get the proper treatment?” 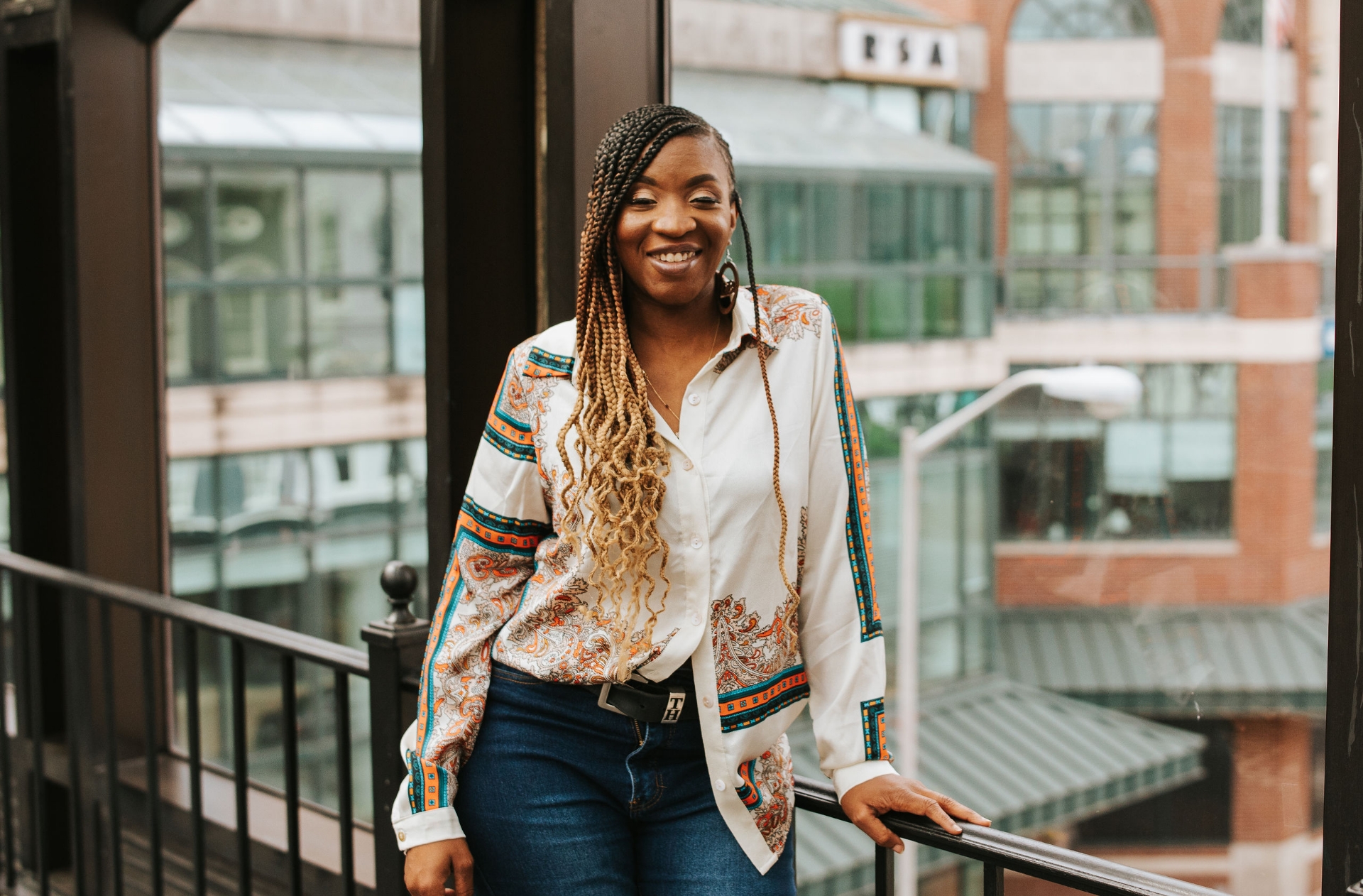 “[People] need to know they’re not alone,” said Brandi. “We’re going to get through it.”

“I was not anticipating brain surgery.”Big Blue Nation, Neuroscience, Trauma