Kentucky fans know Michael Kidd-Gilchrist. A tenacious, versatile, stat-stuffing contributor to the Wildcats’ 2012 National Championship team and a #2 overall NBA draft pick, he’s a hero to members of Big Blue Nation across the country. But there’s much more to him than basketball—and it’s making him a hero for another community, in a completely different way. 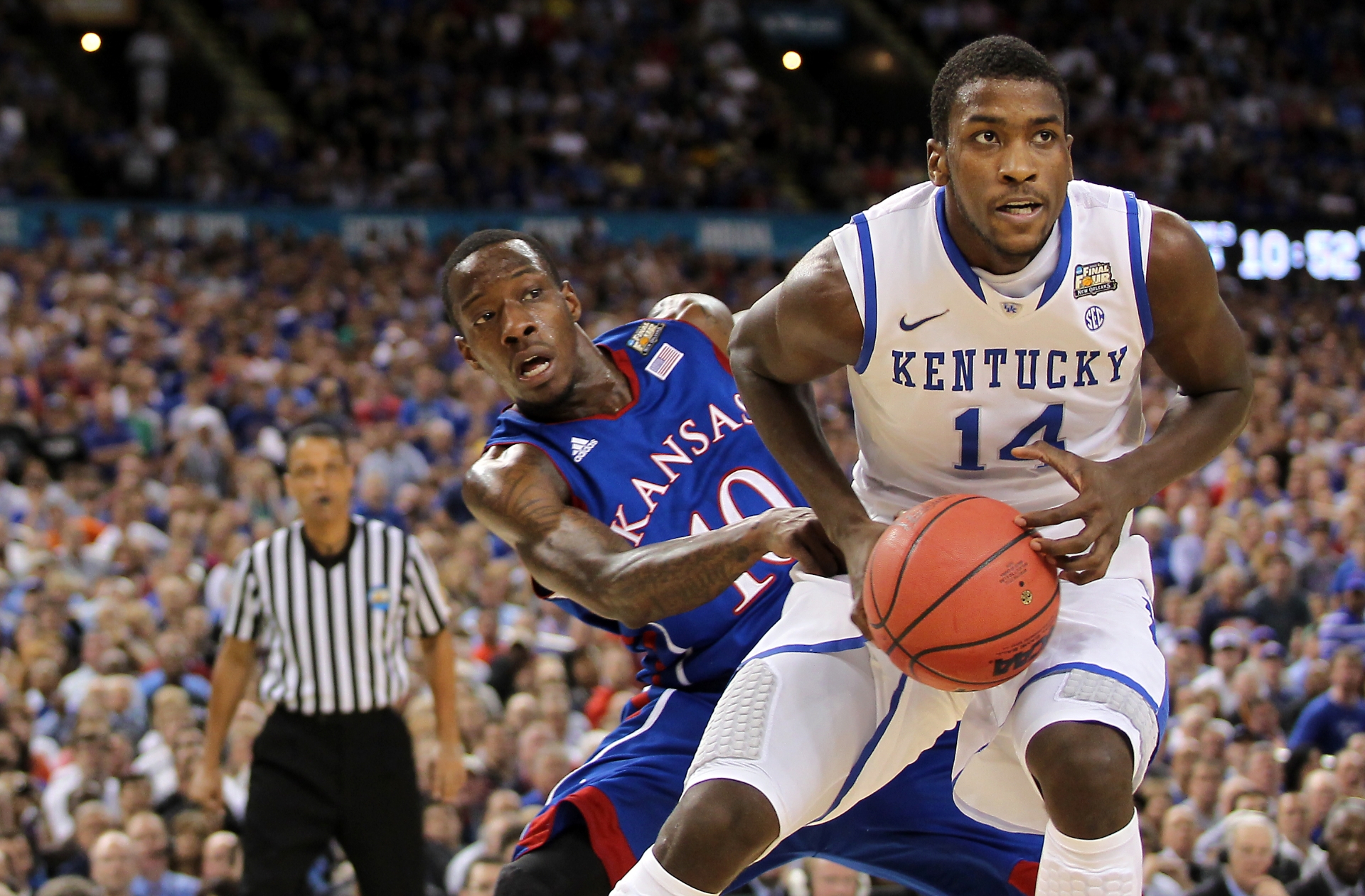 Michael took the grit and determination that made him a great basketball player and applied it to his therapy.

Michael is a person who stutters. It’s something he kept to himself for a long time. But now, according to Meg Shake, Michael’s speech-language pathologist during his time at UK, he’s viewing it as an opportunity.

“It sometimes is a really big challenge to learn to view stuttering as a gift. But I feel like he has, and he has come to a point in his life where he understands that he’s really in a pretty amazing position because he can help so many people,” said Meg. 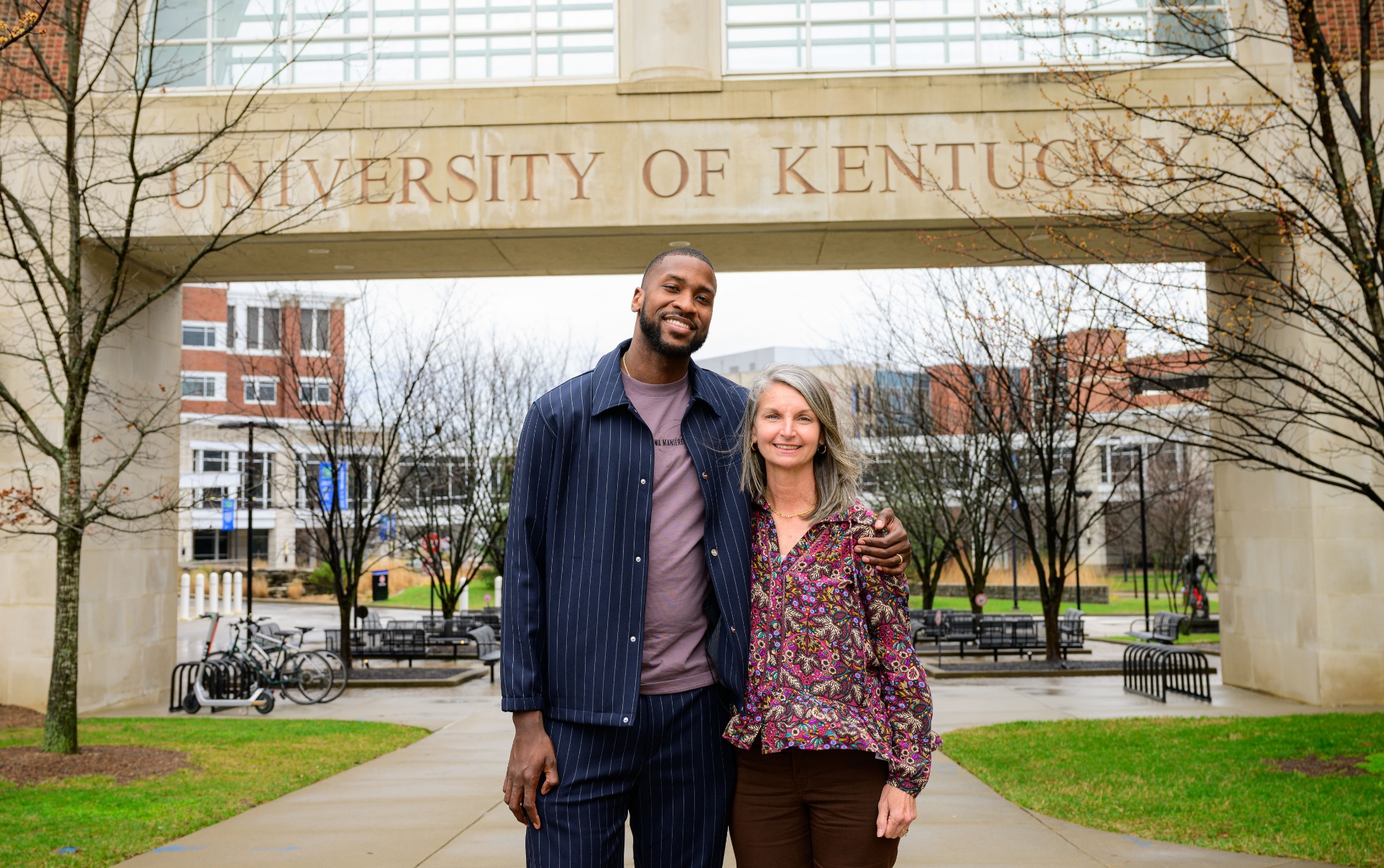 Growing up, Michael always knew that he spoke differently. While he chose to remain private about his stuttering during much of his time at UK, he said it never stopped him from giving it his all on the court.

“The championship year and our team were so special. So I had a stutter—but ain’t nobody care, right? I had my teammates, I had my coaches, and most importantly, I had Meg Shake,” said Michael. 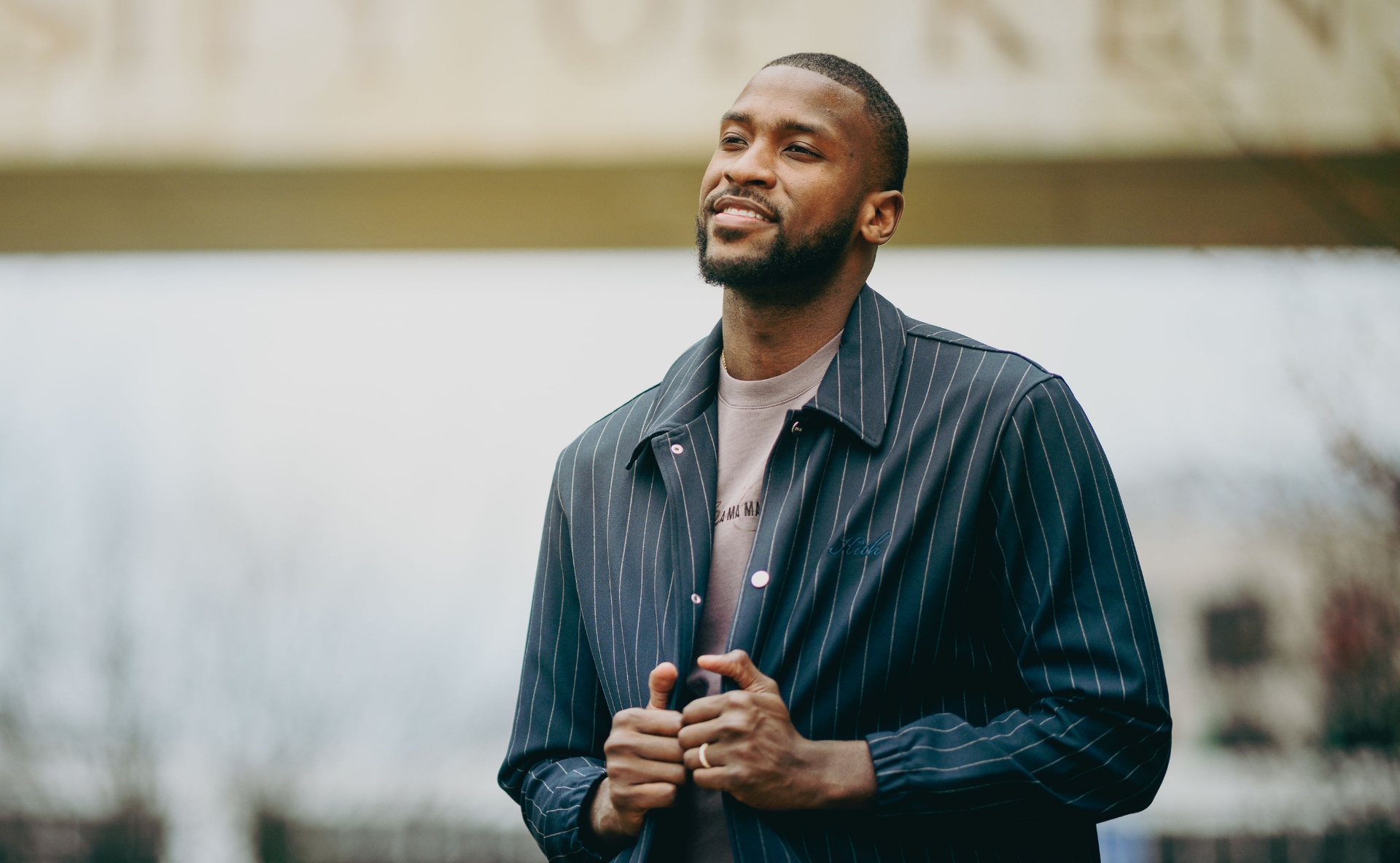 “I was fortunate enough to have a therapist like [Meg],” said Michael.

“I get emotional every time I talk about her or even think about her,” said Michael. “My time with Meg is where this all started—for me to take a pause from basketball to have this foundation and awareness. That right there, in a nutshell, says a lot about how she impacted not just my life, but my outlook on reality.” 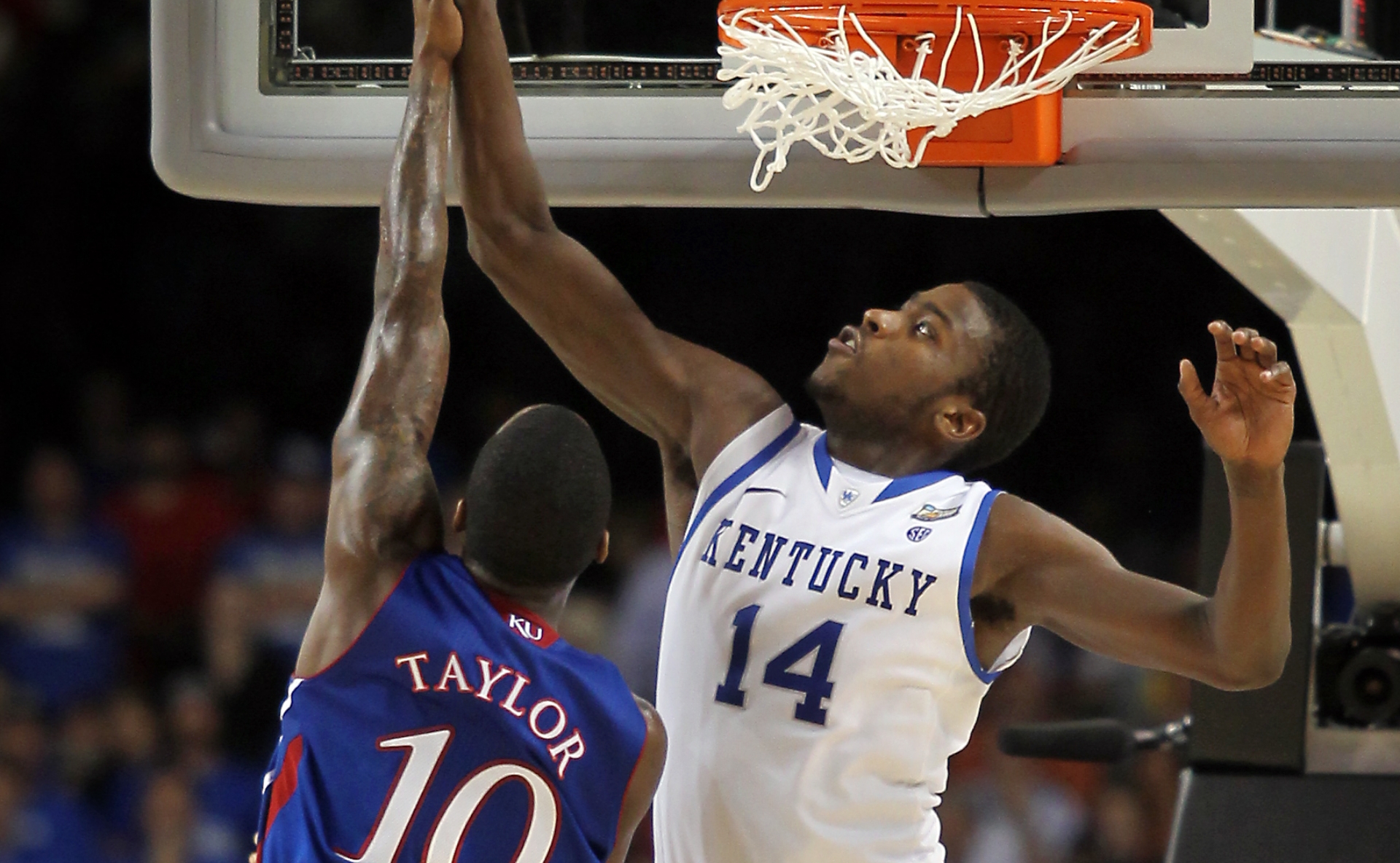 “[Through our sessions] he discovered things about himself he didn’t realize he was able to do,” said Meg.

Michael and Meg began working together when he was 17, meeting at the Center for Academic and Tutorial Services (CATS) on campus to ensure Michael’s privacy. Through their work together, Meg helped Michael approach speaking in ways he still uses today. 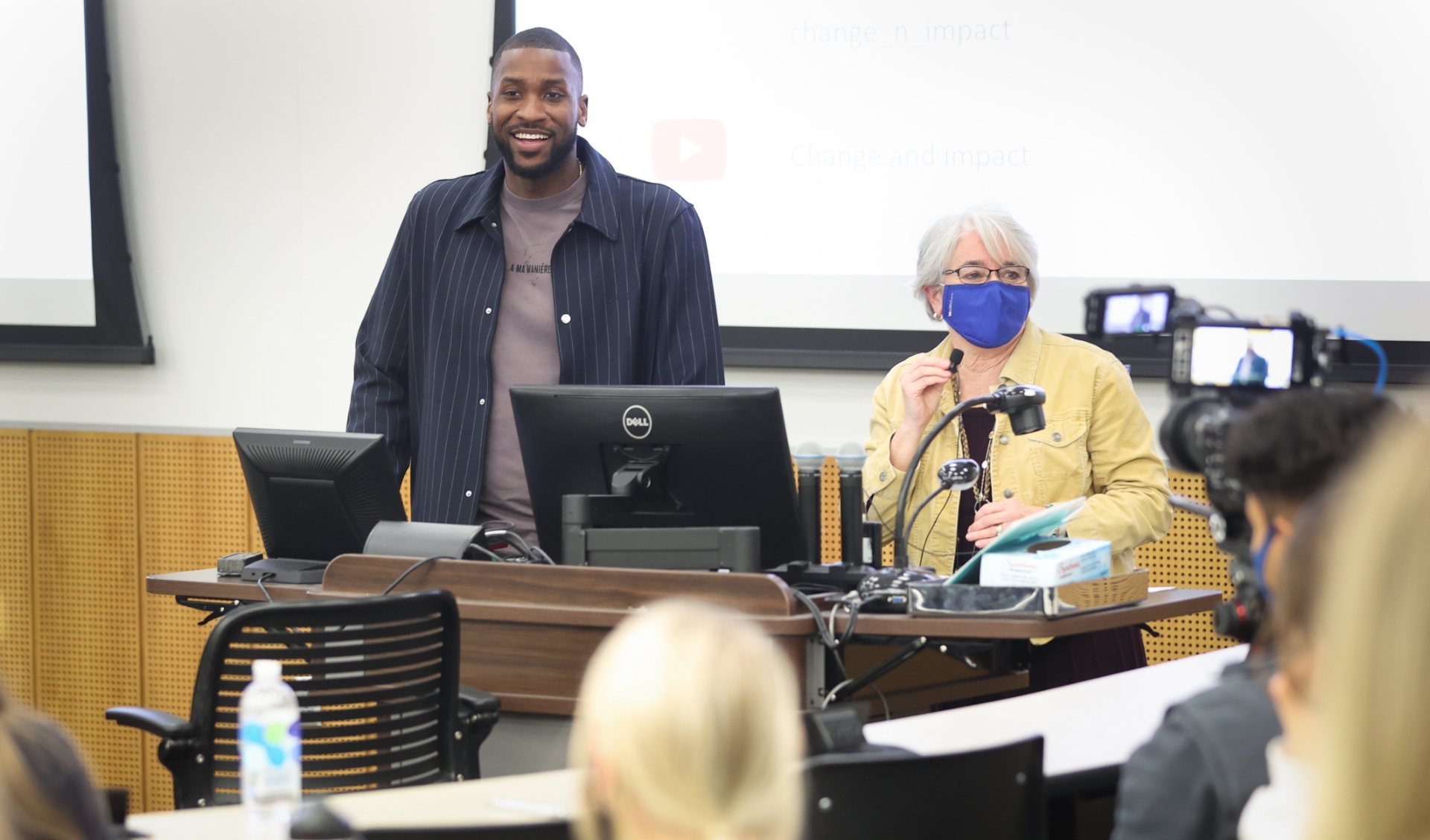 “​​Michael was in a place where he needed an immediate way to feel more confident, ASAP, in the early months of his time at UK,” said Meg. “He really connected to using rhythm and beat, so we tried to give him a way of pacing that facilitated forward flow and increased talking—a willingness to say more, rather than hold back.”

Over time, Meg began to notice subtle changes in Michael’s communication. He began taking post-game interviews with the press. And in his speech therapy sessions, Michael became more talkative. 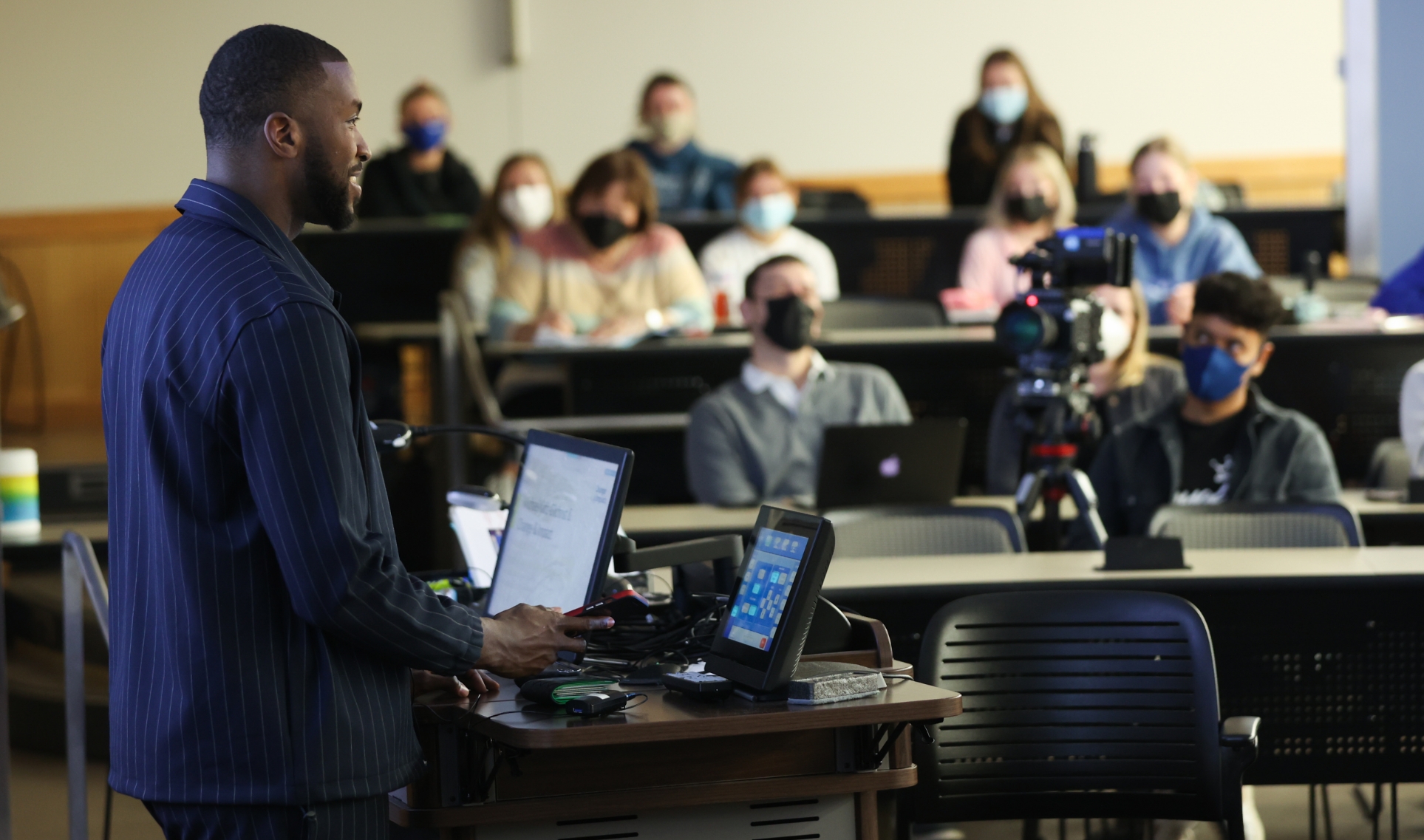 “I practice [the techniques I learned from Meg] every time I talk,” said Michael.
Photo courtesy of Mark Cornelison.

“I can remember going to the room where we would meet. He was like ‘I got a story for you!’ and he would talk and talk and talk, and it was just delightful,” said Meg. “It was wonderful because early on, it wasn’t that way.”

Affecting 1% of the population, stuttering is a highly stigmatized speech difference that, for some, can become a defining part of their identity. It is also a very individualized experience that doesn’t look the same in any two people. 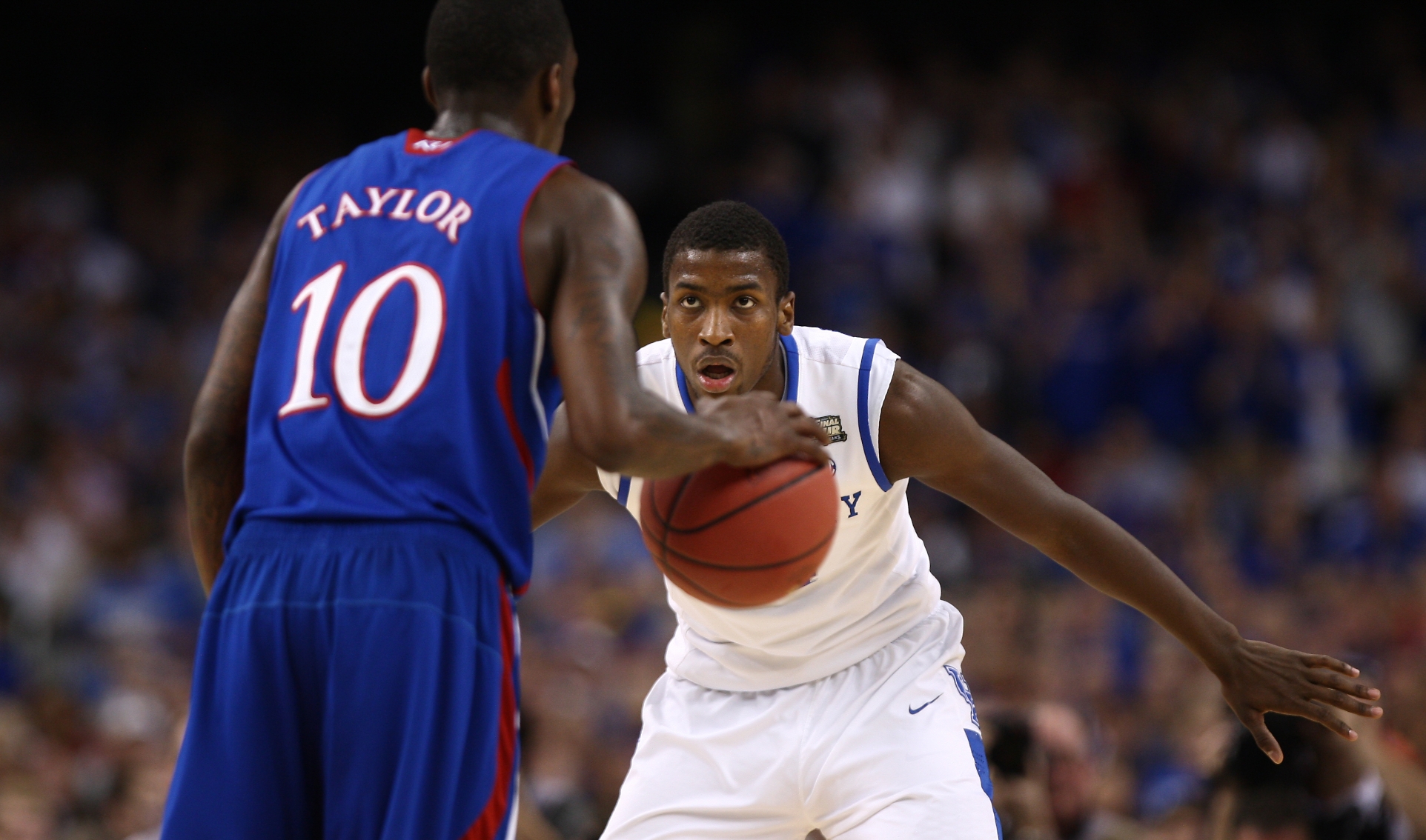 “Everybody wants to be somebody and something,” said Michael. “That’s the kind of support this school gives.”

Meg tailors her approach to the individual needs and comfort levels of each person she works with—but the most important part is establishing a strong client-therapist partnership.

“There is shame involved for some people who stutter,” said Meg. “They may have had very painful speaking experiences. To be able to work through those things, you’ve just got to have trust in each other and that doesn’t come quickly. You have to build that over time as well.” 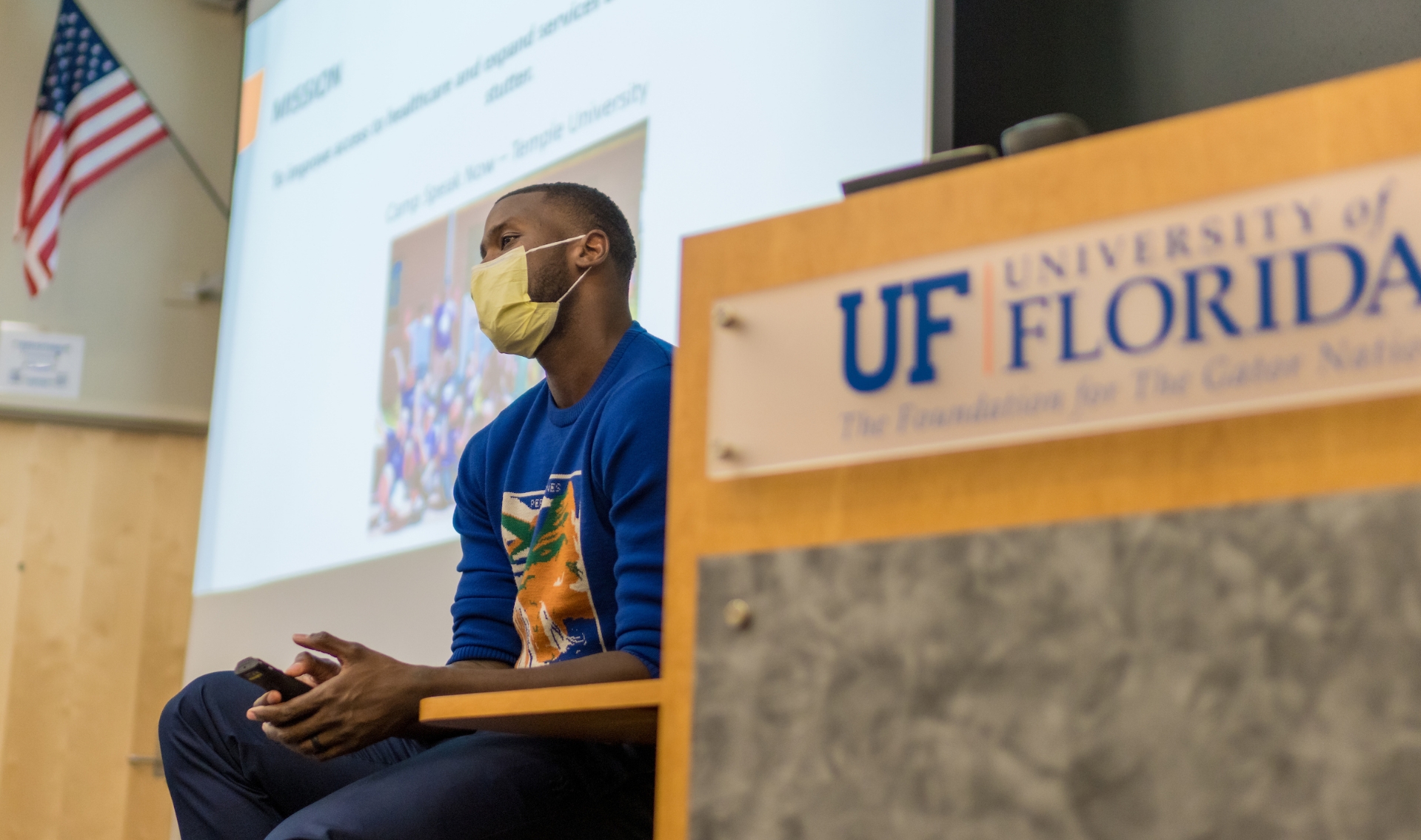 Michael’s work has taken him around the country, allowing him to inspire and advocate for others.
Photo courtesy of University of Florida, Jesse S. Jones.

While to some, stuttering may be perceived as a flaw, Meg begs to differ.

“None of us are perfect speakers. Perfect fluency is an illusion. It’s a mirage and it’s not attainable for anyone,” she said. “Discovering the joy in saying what you want to say instead of holding back or feeling fear every time your speech has a glitch—it can be an incredible, life-changing thing.” 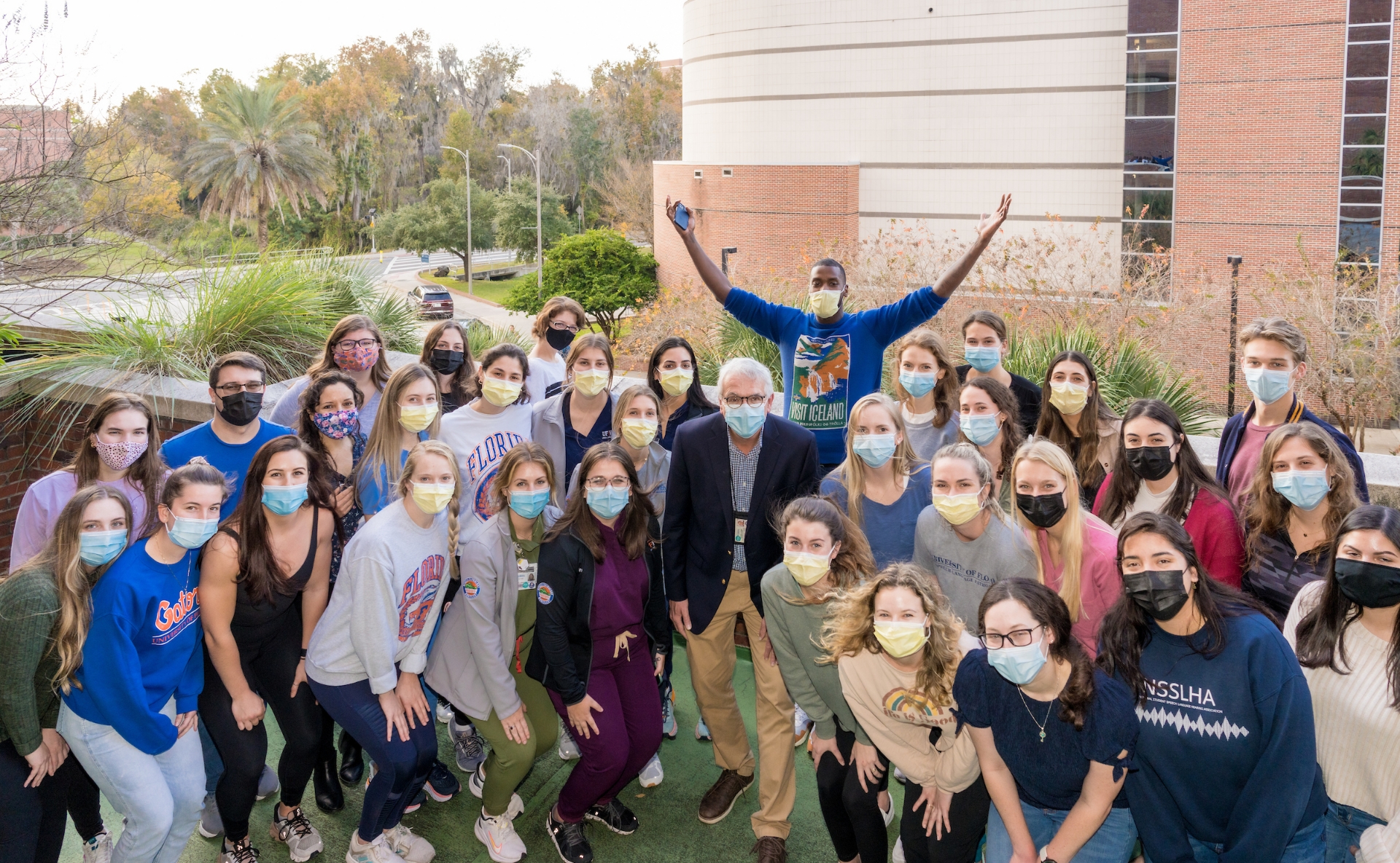 “He very openly shares who he is with people,” said Meg. “And it is a huge gift.”
Photo courtesy of University of Florida, Jesse S. Jones.

Since going public about his speaking challenges, Michael has launched Change & Impact, a nonprofit focused on improving access to health care and expanding services and resources for those who stutter. The initiative’s goals are wide-ranging, from establishing a standardized global definition of stuttering to enhancing graduate education for future speech-language pathologists and empowering families who are navigating the healthcare system for speech therapy. 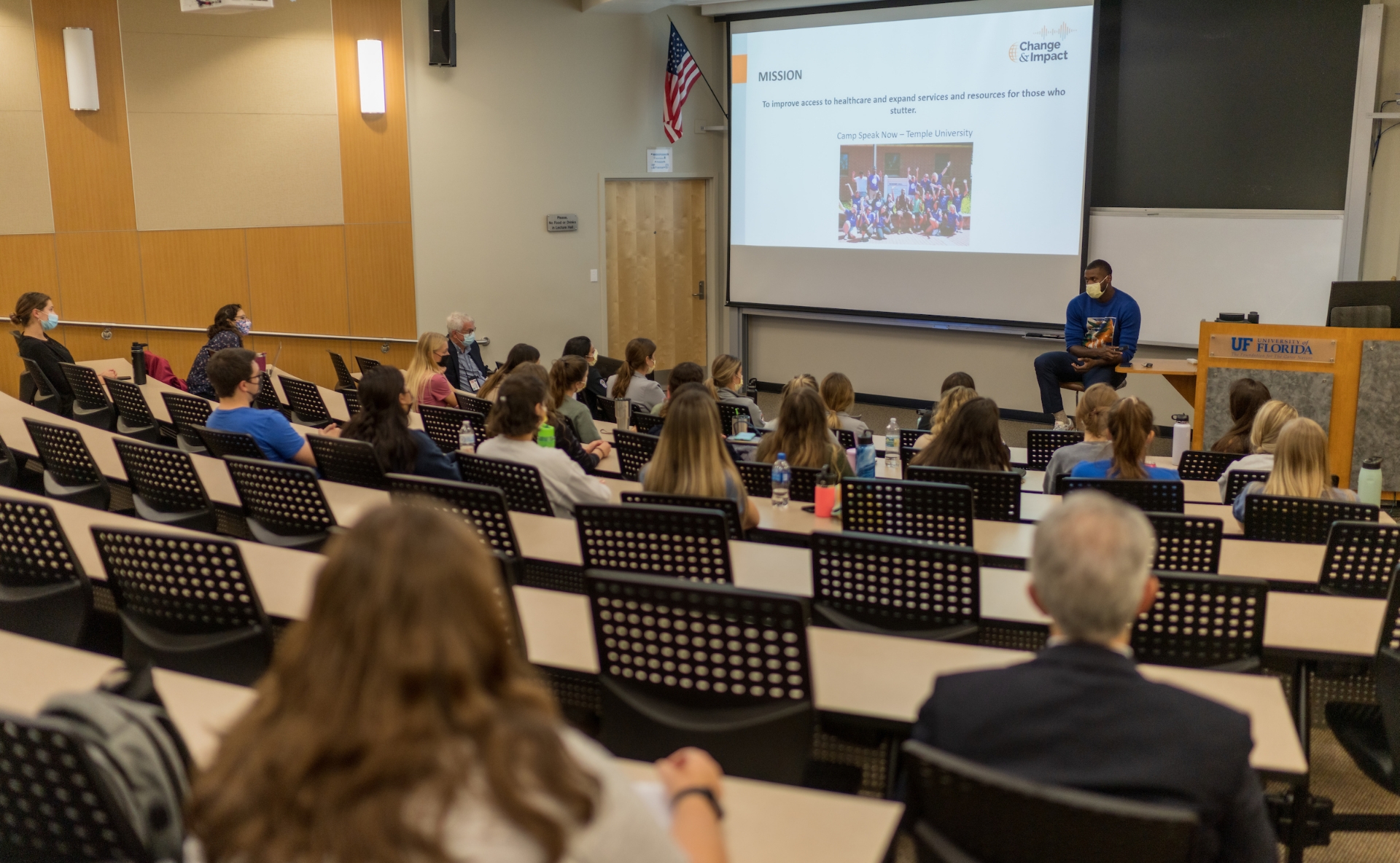 “I created this organization to change the stigma for individuals who stutter,” said Michael.
Photo courtesy of University of Florida, Jesse S. Jones.

Michael’s role with the initiative has involved more speaking engagements—and given him more opportunities to use his platform to advocate for others like him. 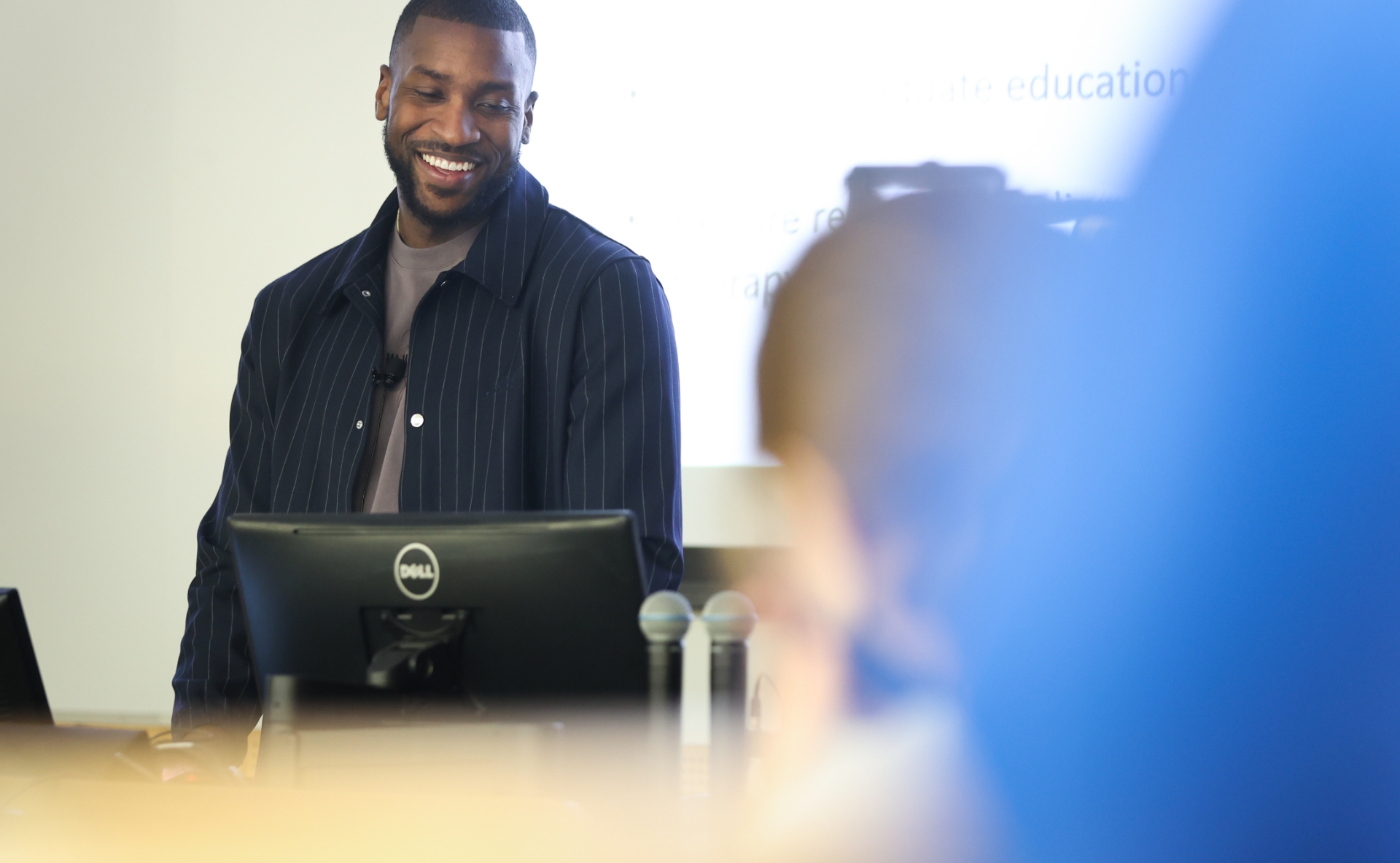 “The stuttering community needs heroes, it needs advocates. And for him to feel confident and ready and compelled to do this work that he’s doing now—I’m truly in awe of him,” said Meg. “I feel like the luckiest therapist in the world that I got to work with him, and I’m happy I get to remain his friend.” 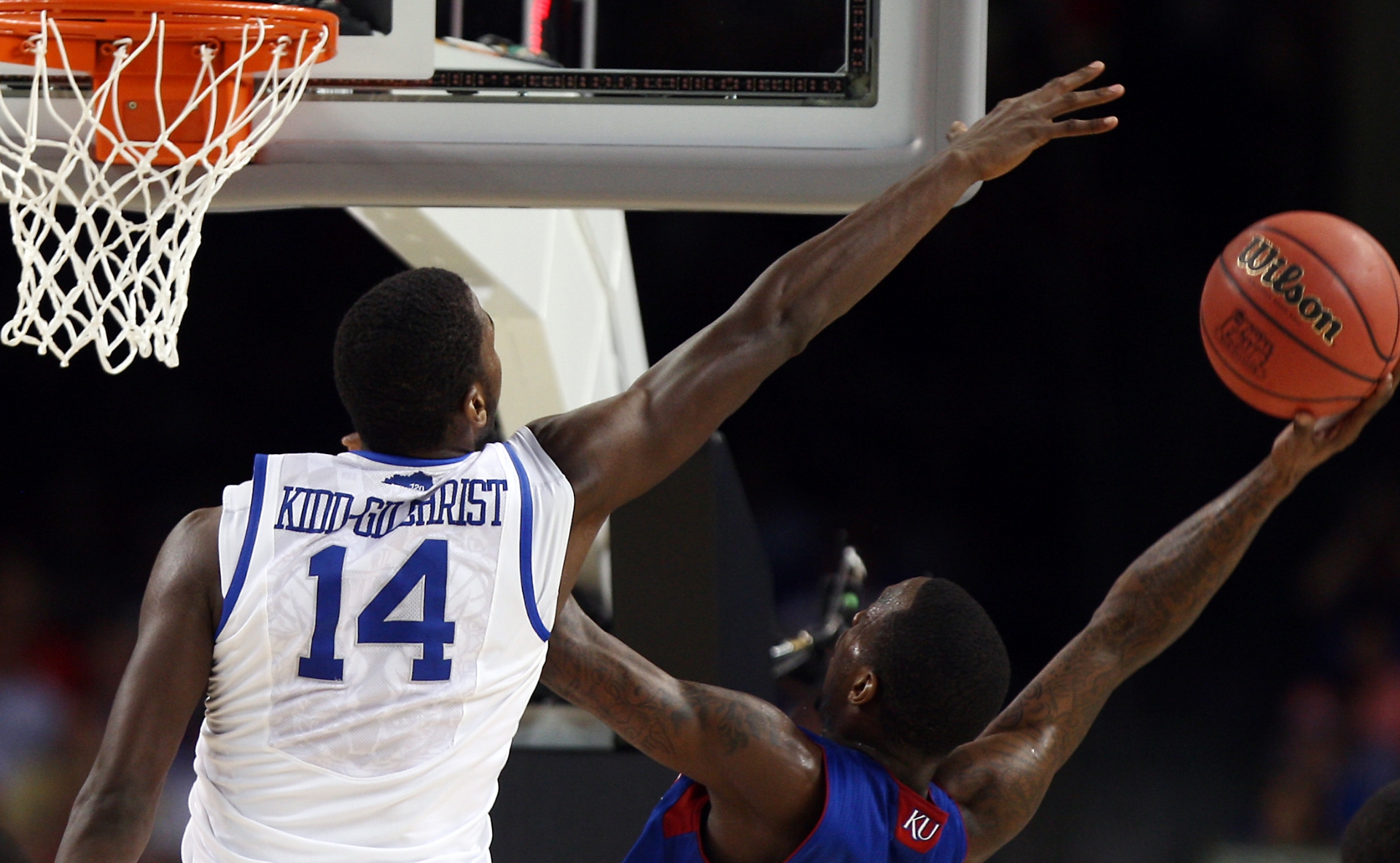 “I have tons of support, on and off the court,” said Michael.

“It’s not [about] how I stutter. It’s all about the message,” said Michael. “And the message, with me taking a pause from basketball to make federal change and also expand health care—I think my message will be very clear at the end of the day.”

Michael’s ambition to empower others and make a difference in the lives of those who stutter, is a testament to who he truly is, on and off the court. And by sharing his two greatest gifts with the world, he now has the power to impact change. 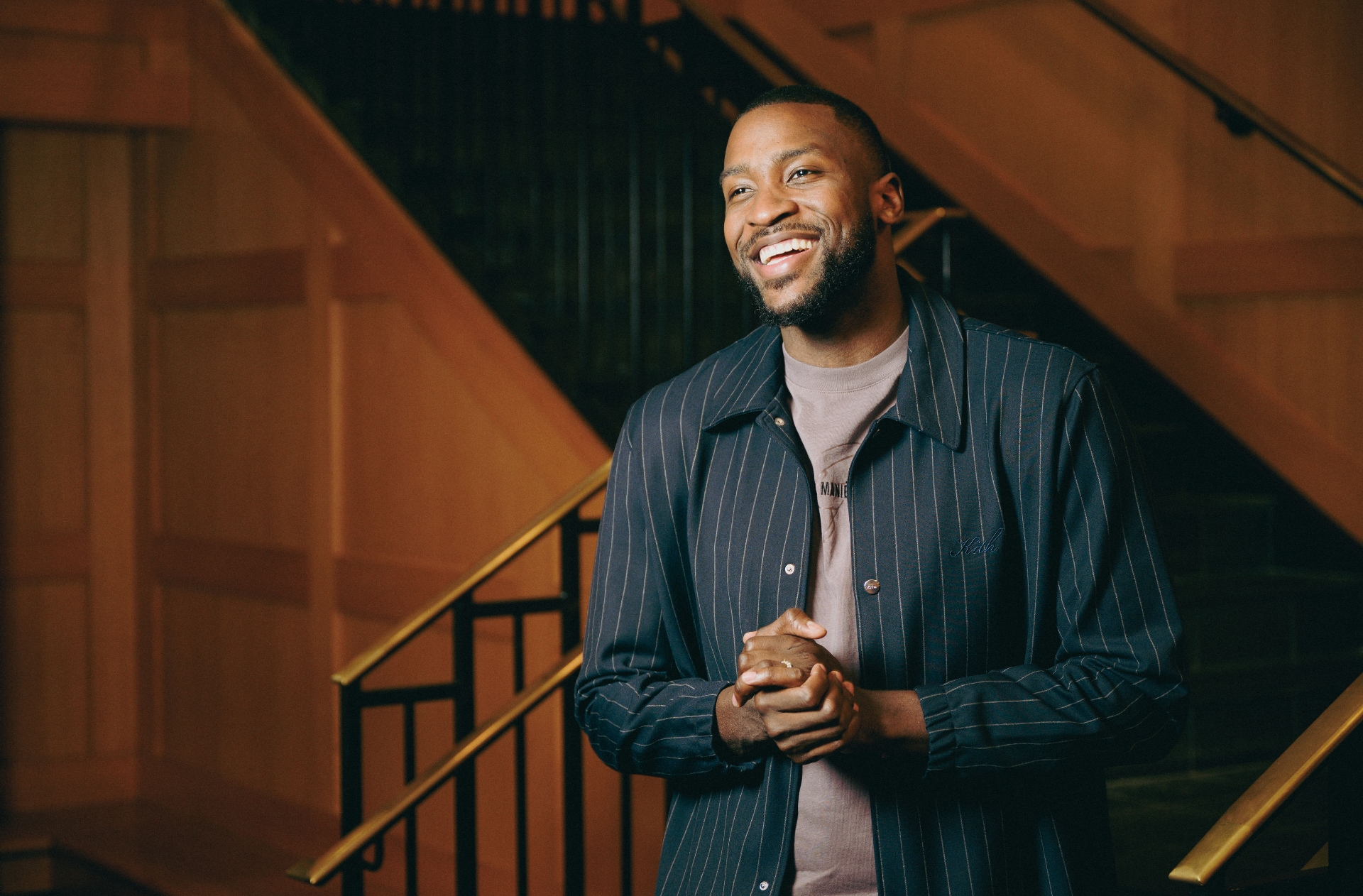 “I’m going to fight for everyone that has a stutter, just like [Meg] fought for me,” said Michael.