Anna Cox—then Anna Harris—was 23 when she went to the ER with stomach pain so severe it left her in tears. The pain had been getting steadily worse for days, and she finally admitted she needed to go to the hospital. Her boyfriend asked her where she wanted to go. 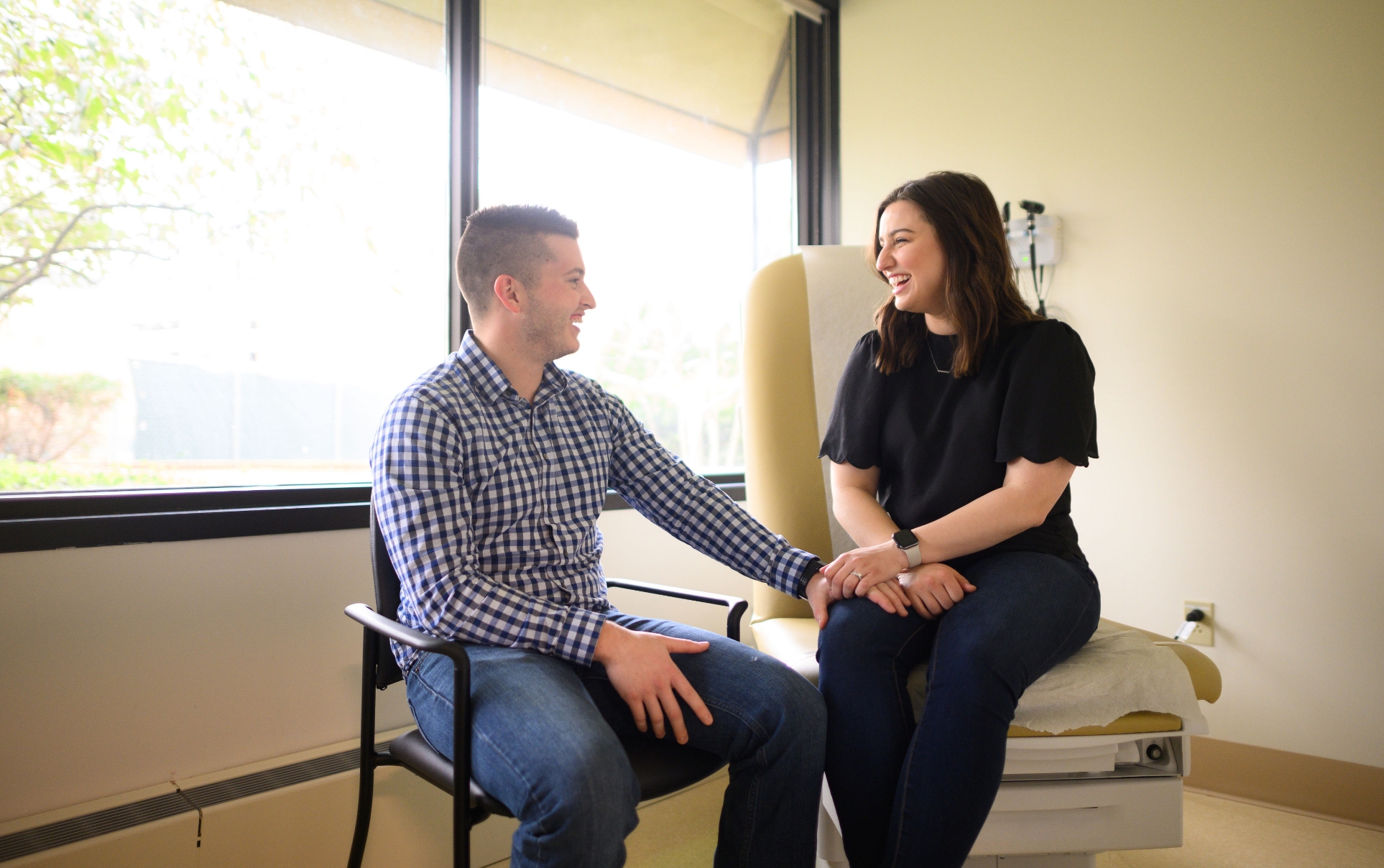 “I was like, I guess just take me to UK HealthCare. Reflecting on it now…it couldn’t have turned out any better. I can’t imagine my treatment plan at any other institution.”

Things moved rapidly once Anna arrived in the emergency department. A CT scan of her abdomen revealed the source of her pain: an infected, swollen lymph node. Doctors suspected the underlying cause might be cancer, and several days later, a biopsy confirmed Anna’s diagnosis: stage IV diffuse large B-cell lymphoma, an aggressive type of blood cancer. 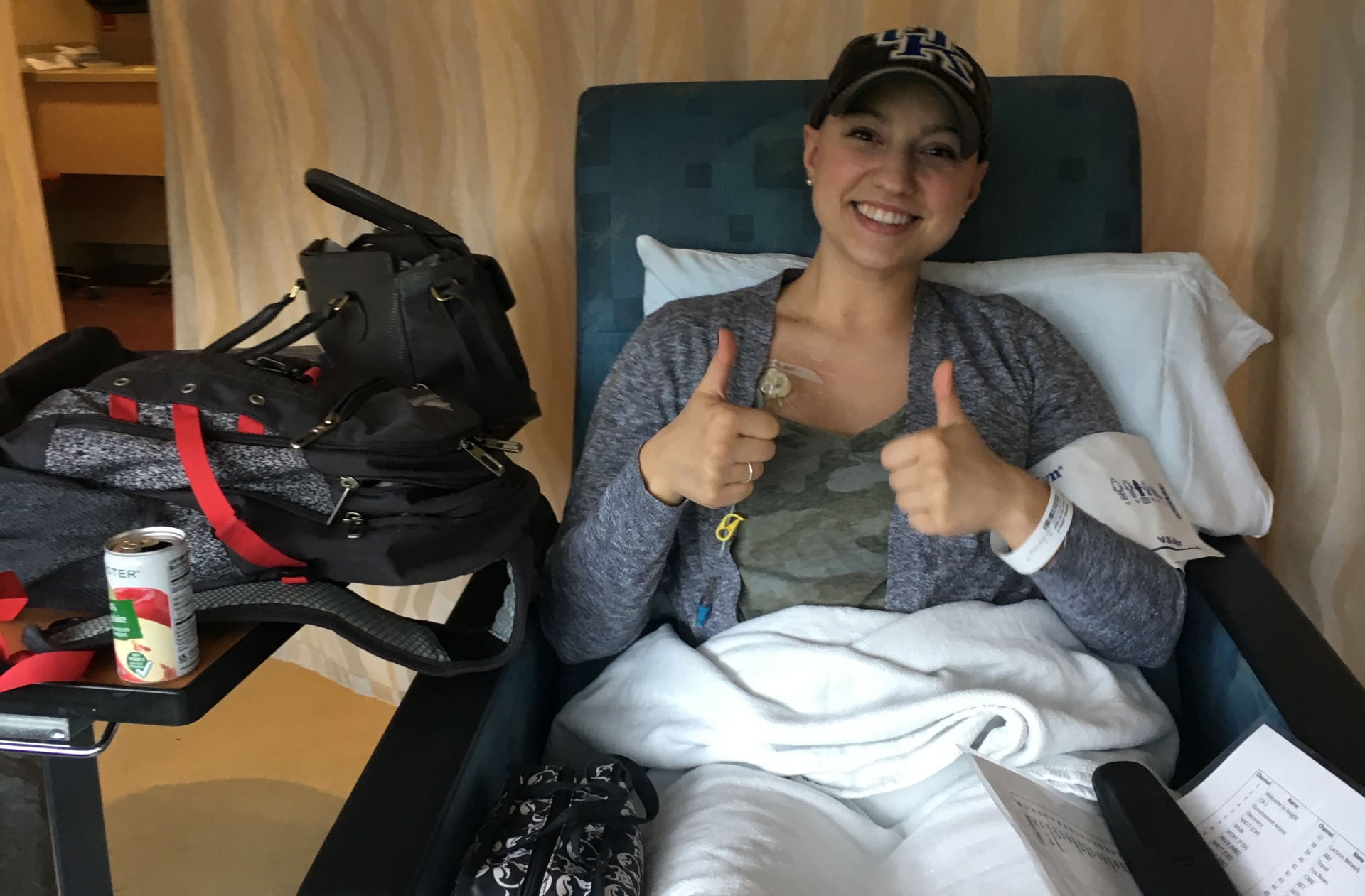 “[My] faith is so important to me,” said Anna. “That’s helped me to stay positive.”

Anna’s treatment would involve a variety of teams, including infectious disease specialists, and hematologist/oncologists—a process typically coordinated by a patient’s primary care physician. Anna, like approximately 25% of Americans, didn’t have a go-to doctor. Dr. Shaunah Ritter, a resident working in the emergency department when Anna arrived, connected Anna with Dr. Sarah Schuetz, a primary care physician at UK HealthCare. 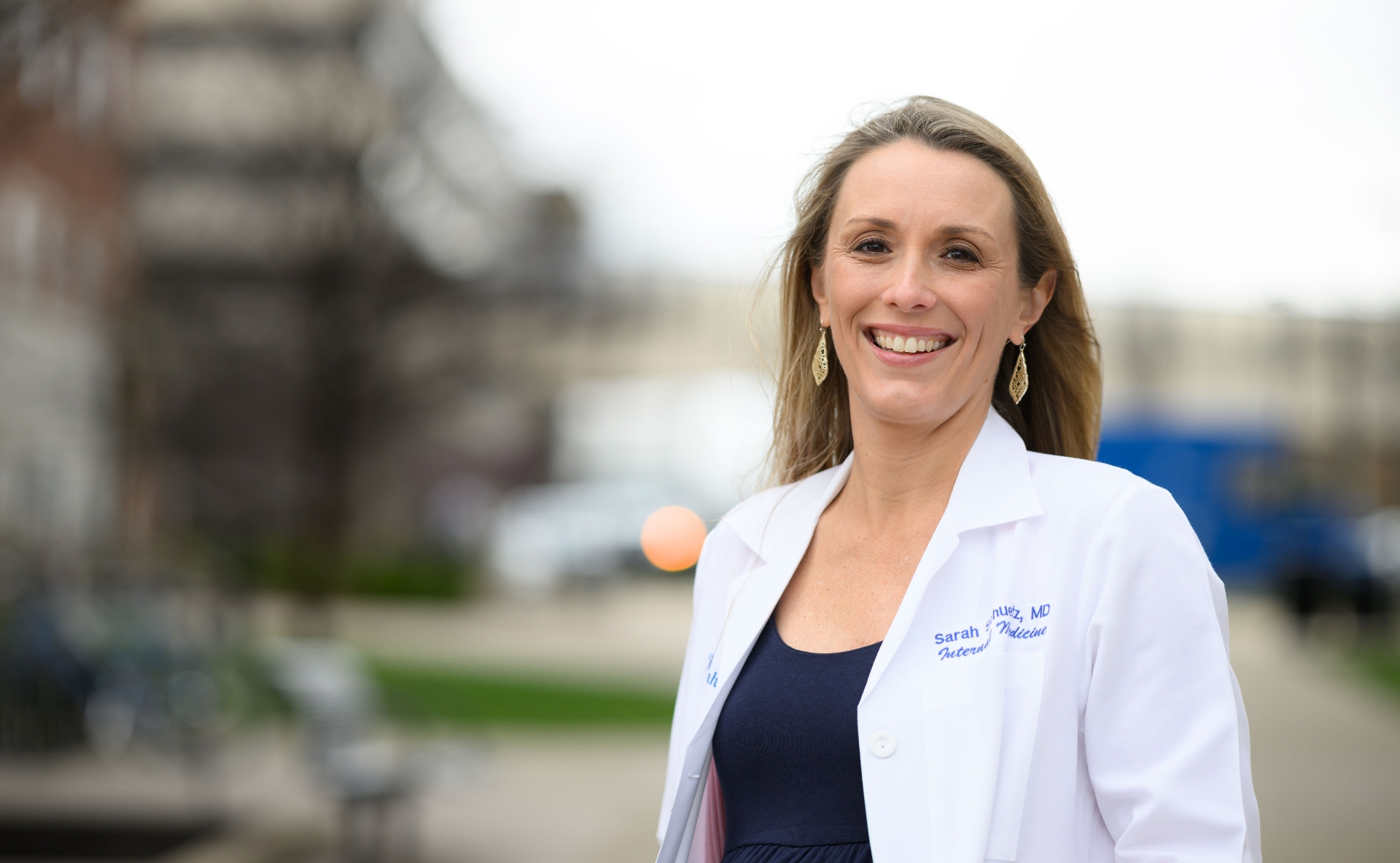 “As a primary care physician, you're the gatekeeper,” said Dr. Schuetz. “Making sure that the patient is getting to all the right places.”

“Anna came over and saw me in clinic—at that time, we were trying to get the diagnosis,” said Dr. Schuetz. “We set her up for biopsy, and unfortunately she got diagnosed with her malignancy at that time. I’ll never forget having to tell her about her diagnosis, and how she took it. She’s an extraordinary human being, just in how she took it and was ready to face it. She was like, ‘I’ll just beat this. Just tell me what I need to do.’” 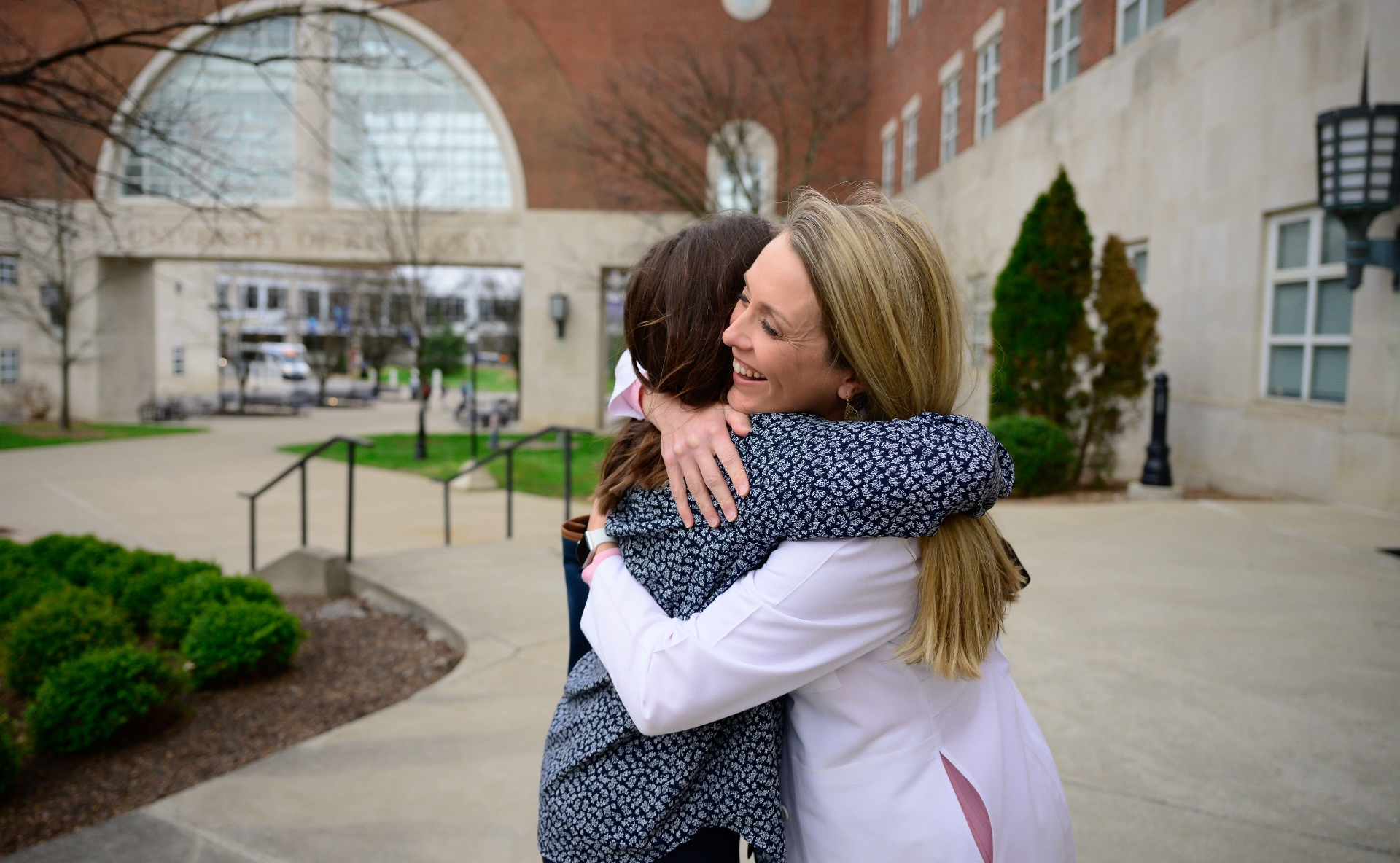 “There’s just not many patients you get to have that kind of relationship with,” said Dr. Schuetz.

Dr. Schuetz stepped into the center of Anna’s treatment plan, working directly with her other specialists to coordinate care and advocate for Anna. When major decisions had to be made quickly, Anna turned to Dr. Schuetz for advice. 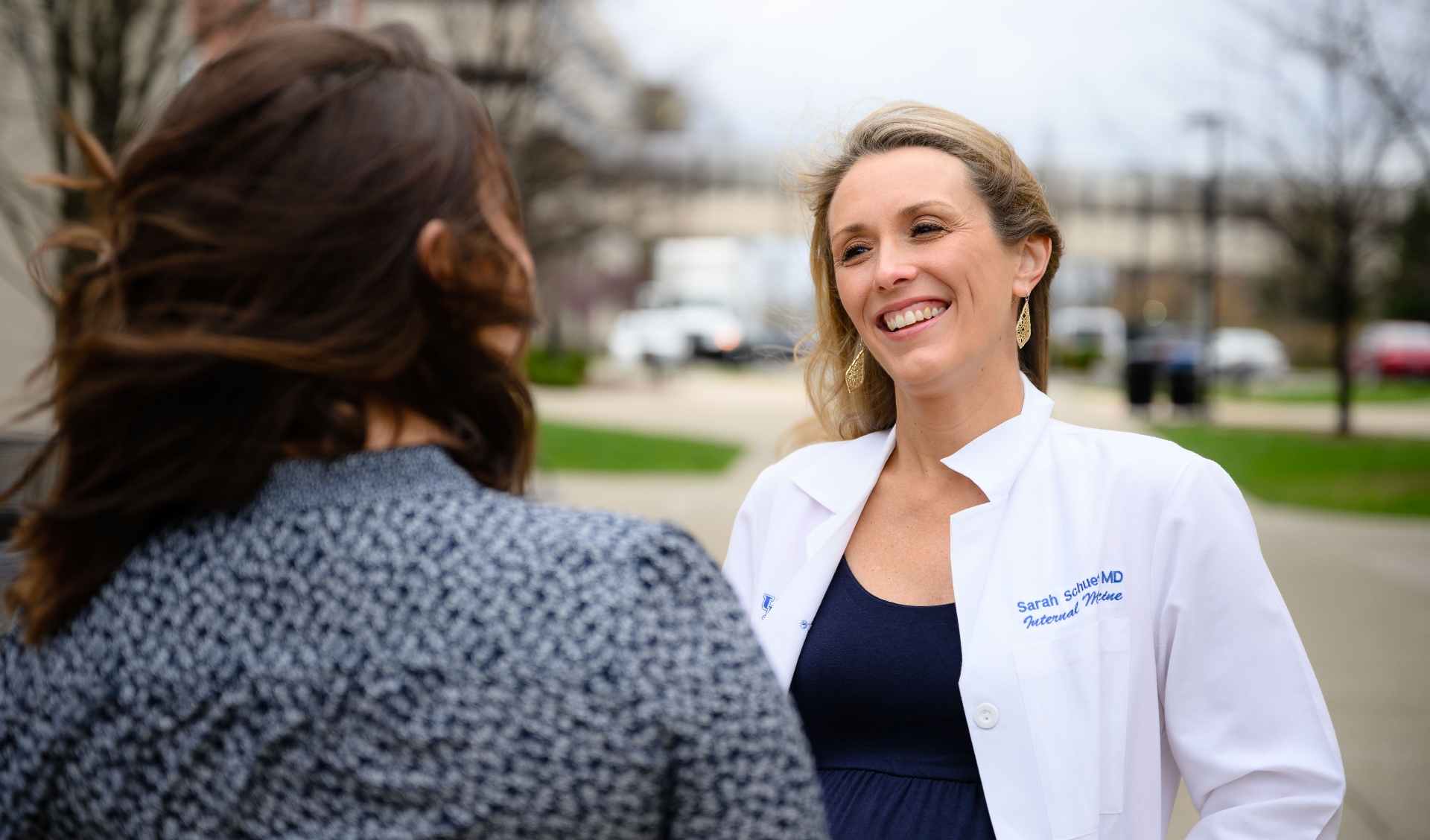 Dr. Schuetz may have been Anna’s physician, but now she’s Anna’s mentor as she goes through med school.

“I called Dr. Schuetz and I was like, ‘I don’t know what to do. Can you please give me some guidance?’” said Anna. “She called me back after hours and was like, ‘Hey. I talked to your doctor. This is what you should do.’ She was right there and guided me through the whole thing. It was just really cool that I had her to lean on when I was really scared, and I didn’t know what was coming.” 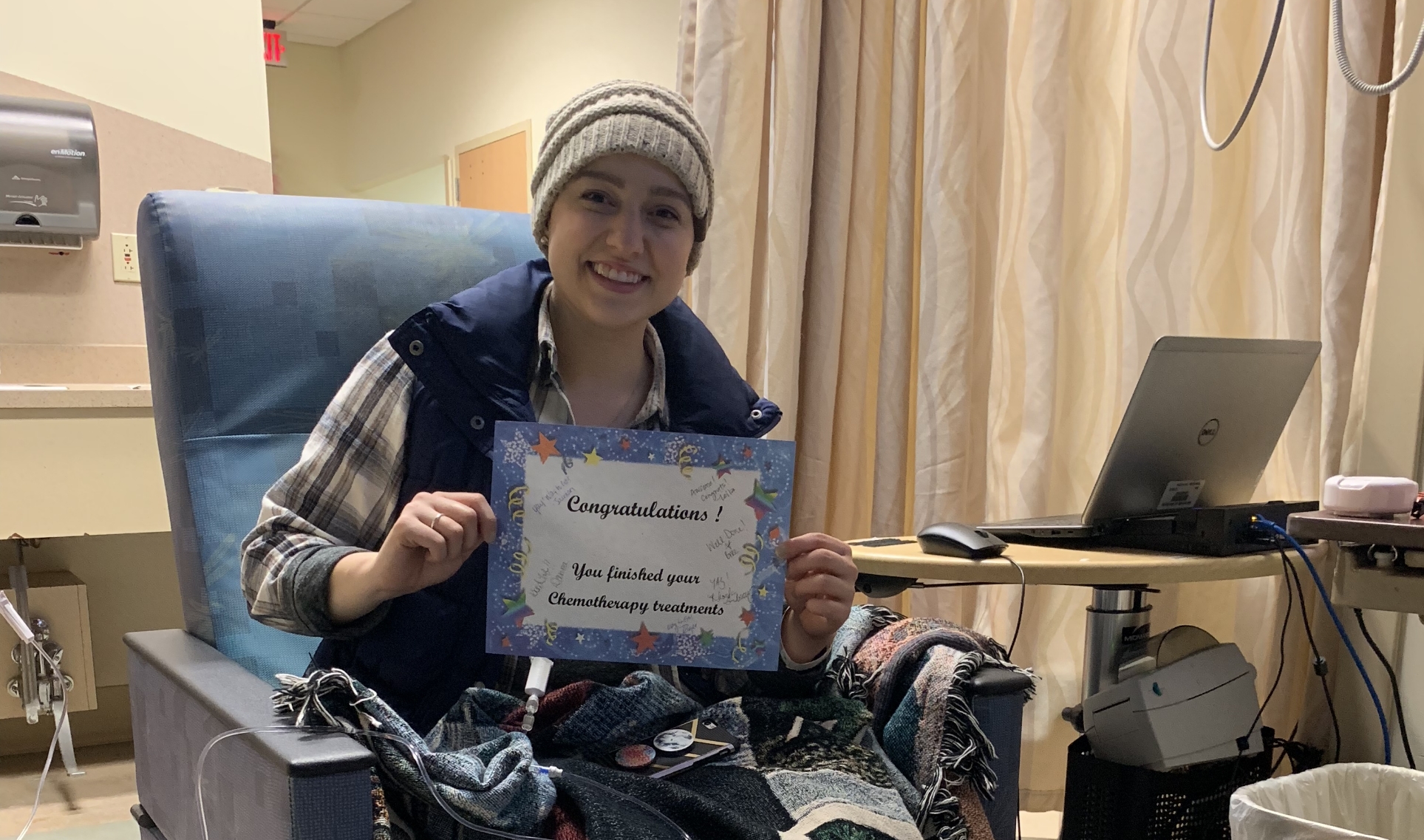 Anna began a regimen of outpatient chemotherapy specific to her type of lymphoma: every three weeks, she came to UK HealthCare’s Markey Cancer Center for a six-treatment series. Her first appointment was in June of 2018, just a few weeks after her diagnosis; six months later, in December, she was in remission. 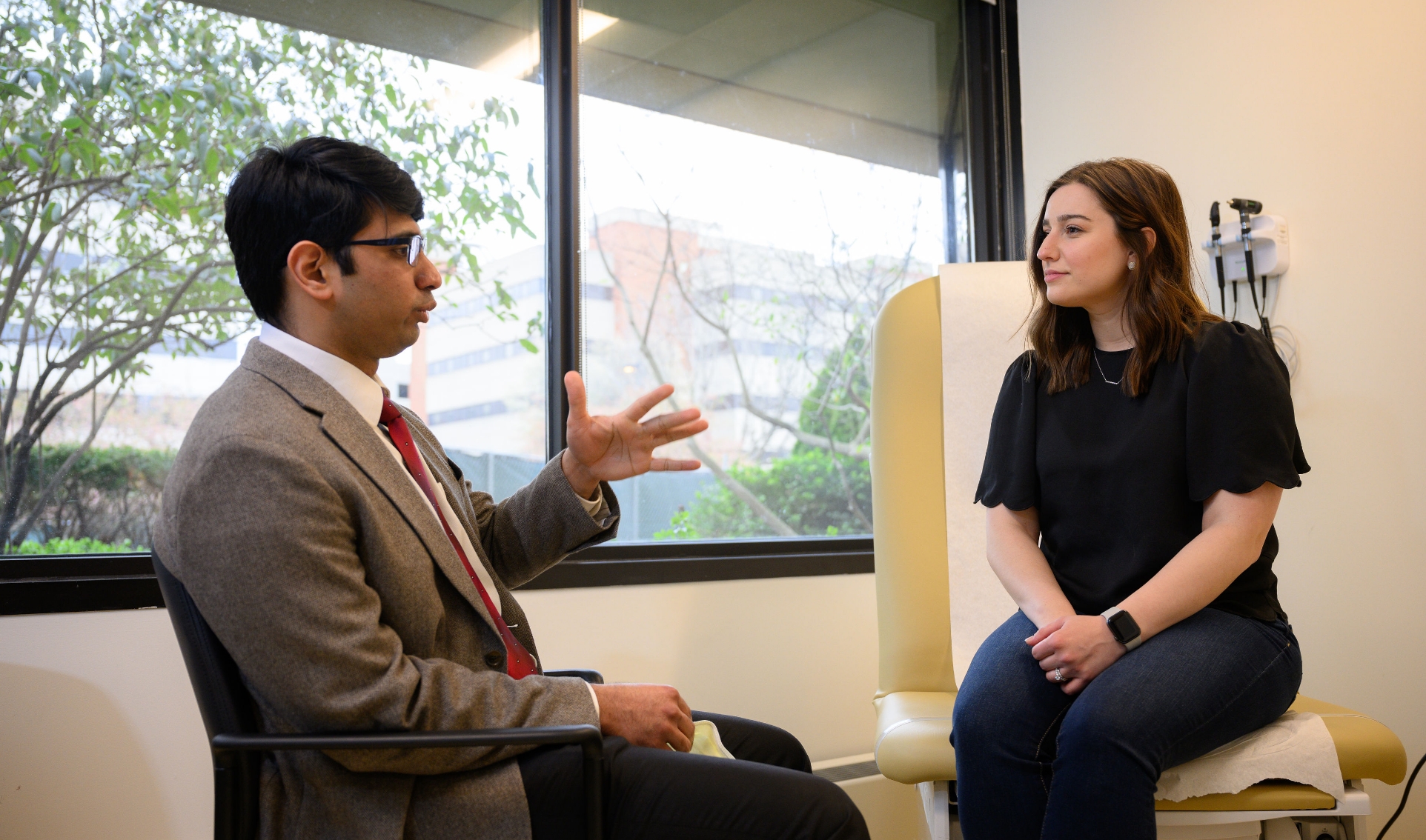 “I love what I do,” said Dr. Iragavarapu. “Chemotherapy is a team effort.”

“The chemotherapy for diffuse large B-cell lymphoma is [generally] a combination of chemotherapy called R-CHOP,” said Dr. Chaitanya Iragavarapu, the hematologist who currently oversees Anna’s follow-up care. “The majority of those who go through R-CHOP tend to have a really good response to treatment, in that the cancer either disappears completely, or for the most part. And about two thirds of folks who go through R-CHOP chemotherapy tend to have long-lasting remissions.” 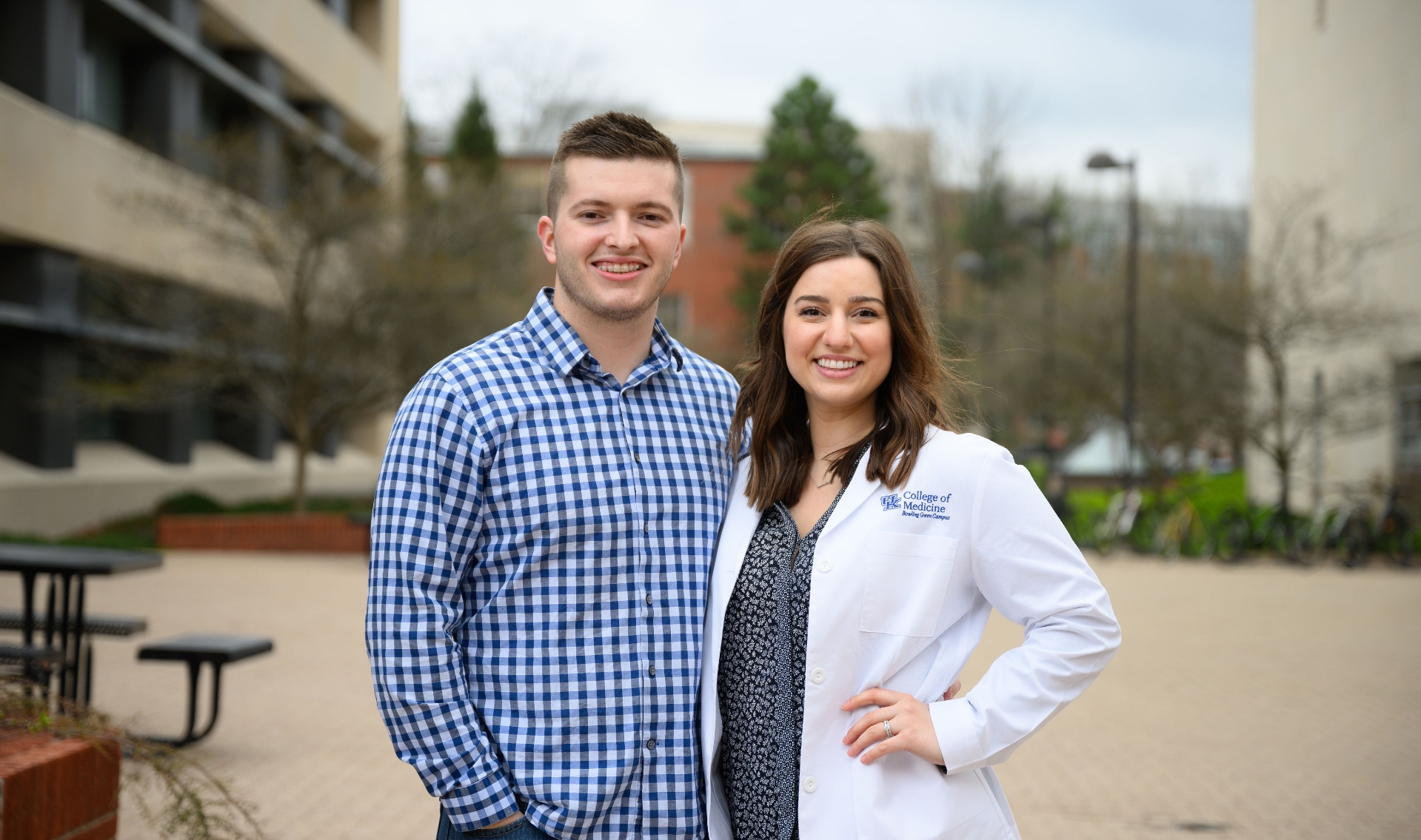 “My husband is special,” said Anna. “Not many people are like him.”

So far, Anna appears to be one of those patients. Three years of regular follow-up assessments have remained clear, and she’s feeling healthy. Her hair has grown back, and she and her then-boyfriend have since gotten married. But her experience has permanently shifted the course of her life, and her career—she’s made the choice to return to school at the Bowling Green campus of UK College of Medicine and become a doctor herself. 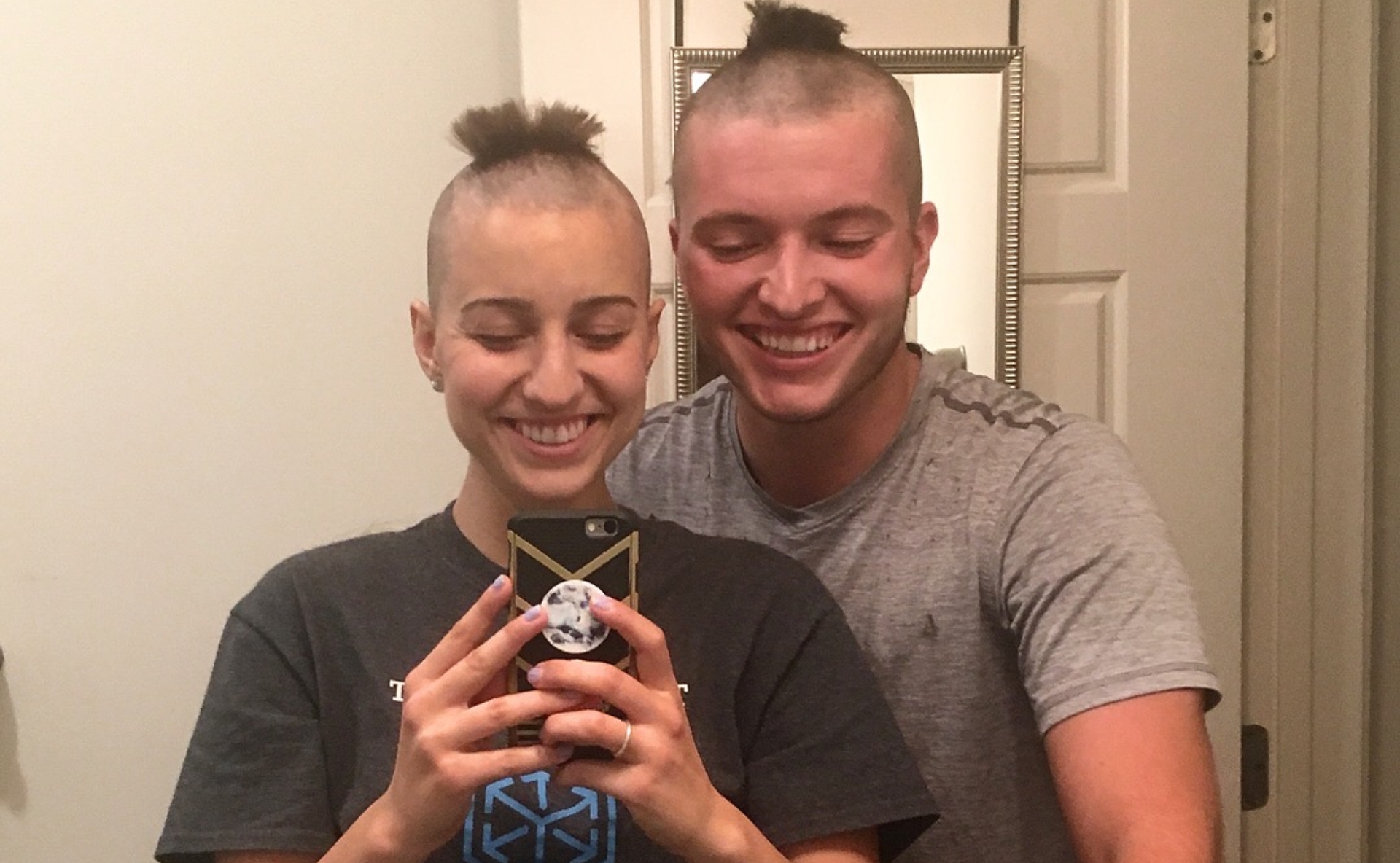 “I [took] power over my situation,” said Anna. “We ended up shaving our heads, and it was so much fun.”

“Seeing that patient-provider relationship, the instant trust, and the fact that they literally had to guide me through this unknown, super scary situation—I want to do that,” said Anna. “I want to be on the other end. I want to help someone else get through their scary time.” 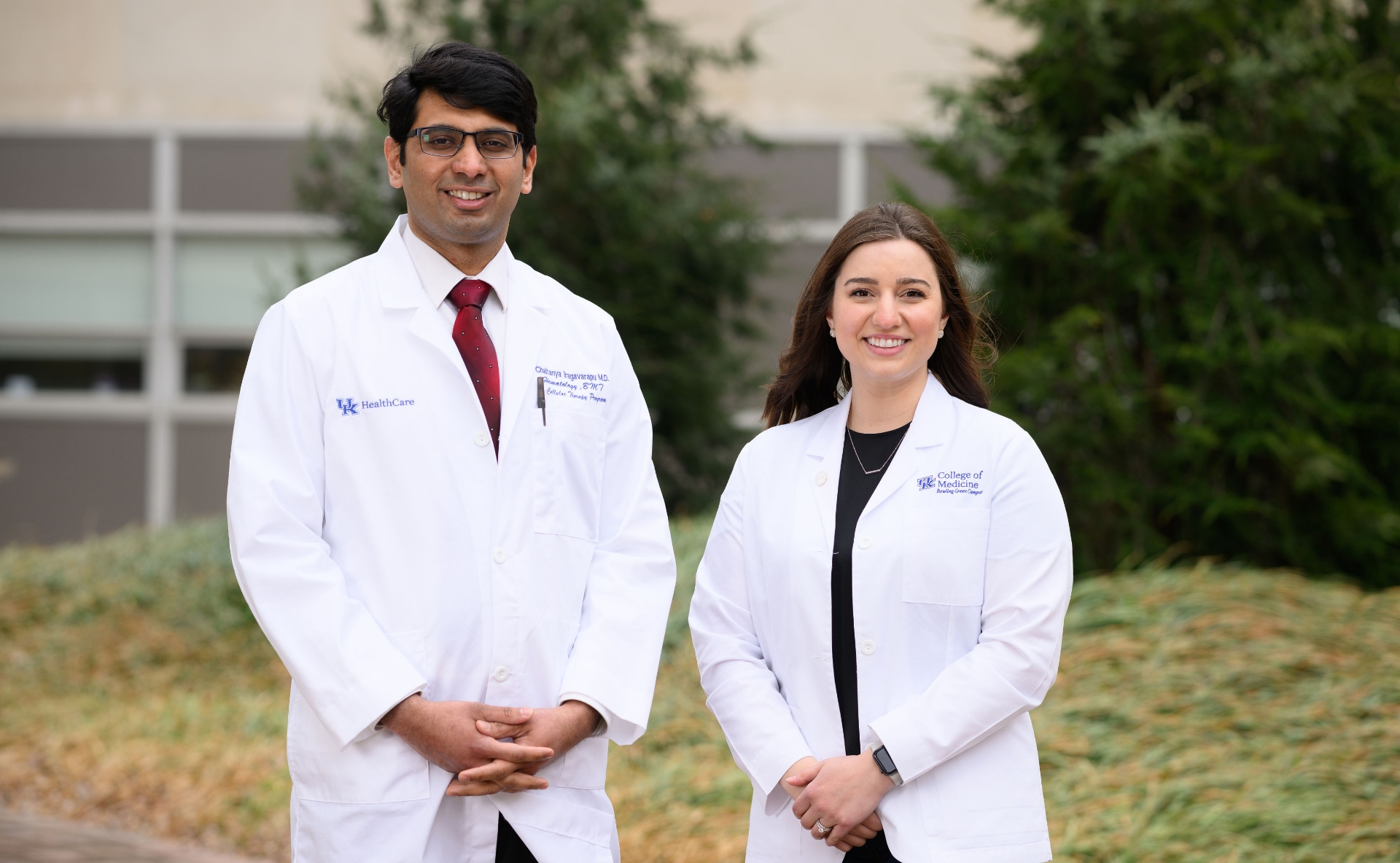 “At this point, we see her every six months,” said Dr. Iragavarapu.

“She is so caring and thrives off giving back,” said Dr. Schuetz. “I think that this helped bring her to what she was always supposed to do. It will make her a better physician in general, because she’s gone through these hard experiences and knows how important it is to be there for her patients when they’re in similar situations.” 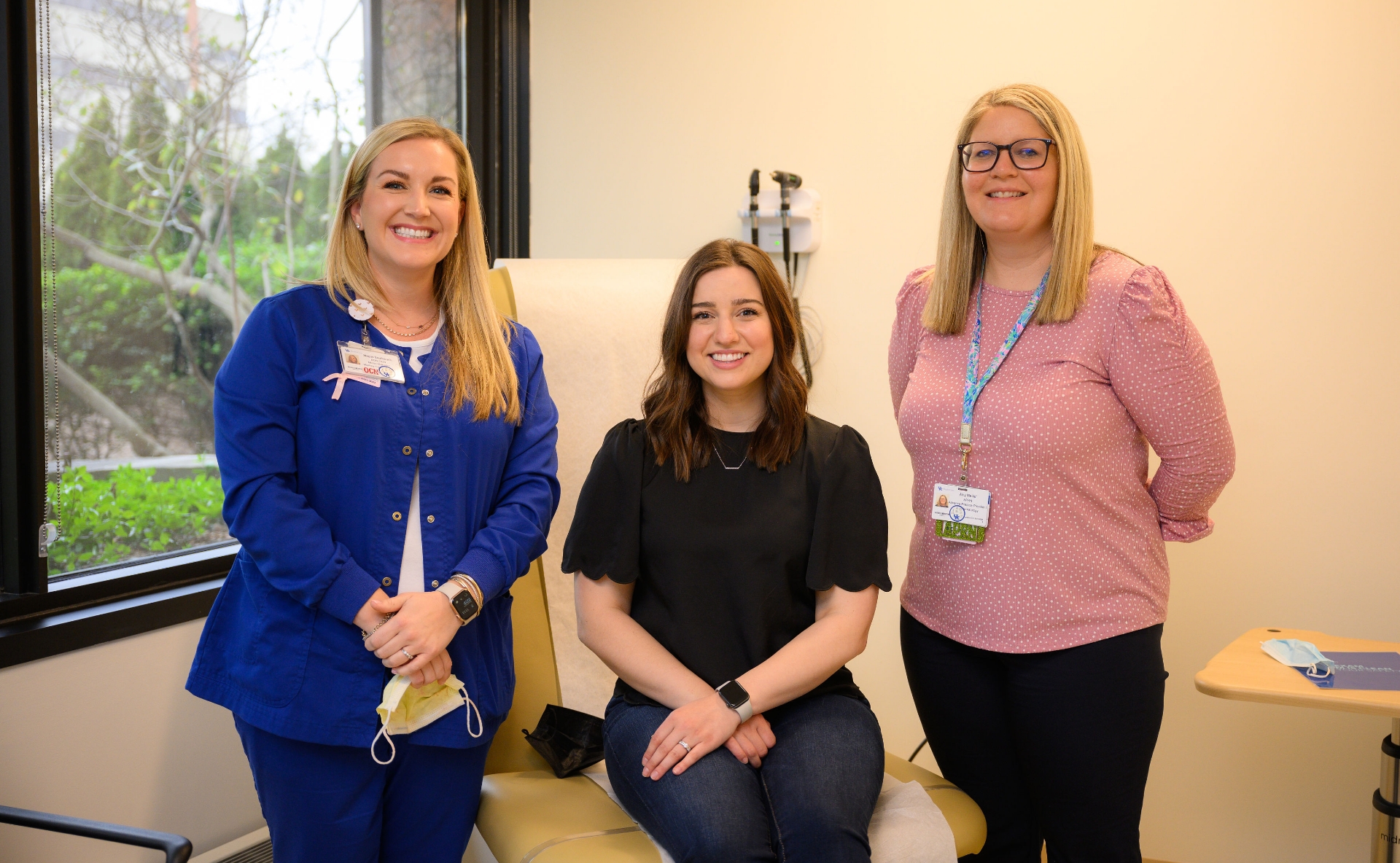 “They brought so much ease and comfort into my life as I was going through the scariest time,” said Anna.

“​​It has done a 180 on my life, and I’m so thankful,” said Anna. “Because I never in a million years would have ended where I am if it weren’t for my experience. There’s always a reason that something’s happening. I got diagnosed with cancer, but there’s so much good—I know what I’m supposed to do with my life. And I really feel like I’ve figured out God’s plan for me.” 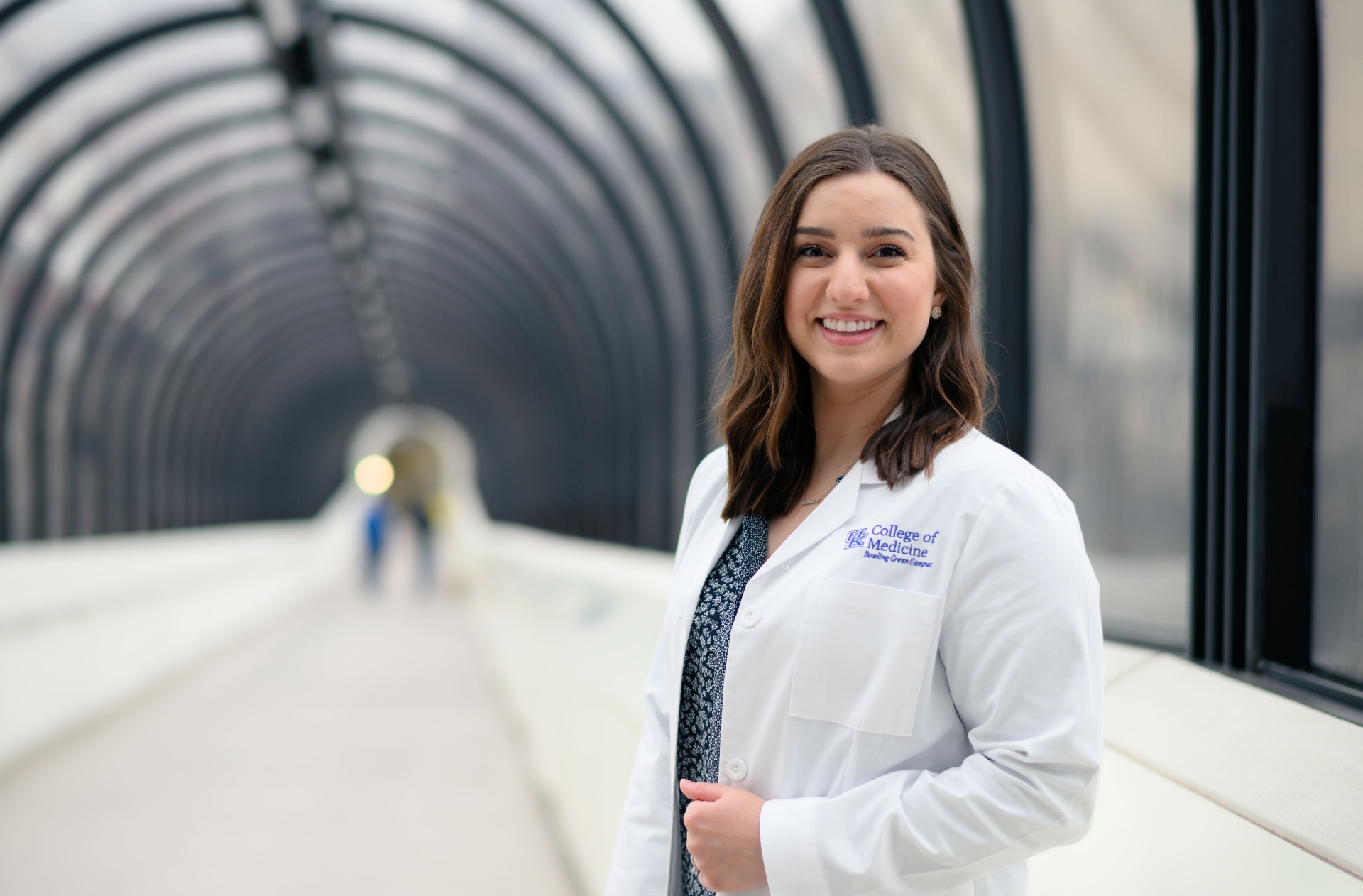 READ MORE
“I want to be on the other end.”2022-06-012022-06-01https://proof.ukhealthcare.com/wp-content/uploads/2019/04/ukhc-logo-white.pngWe Are Proof | UK HealthCarehttps://proof.ukhealthcare.com/wp-content/uploads/2022/05/anna-cox-feature.jpg200px200px
Contact
Follow Us
© University of Kentucky, Lexington, Kentucky, USA | An Equal Opportunity University | Interpreter Services | Notice of Non-Discrimination | Sitemap | Privacy Policy

“Nobody else is doing this around here.”Cancer, Pediatric Services

“My life changed in an instant.”Cancer, Moms