In the early months of 2020, as the pandemic began causing widespread lockdowns and closures, Matthew Mitchell and his family were in Mexico.

“We had traveled there for spring break when COVID hit,” said Coach Mitchell, the longtime leader of the University of Kentucky’s women’s basketball team. “We ended up staying down there. We were in a pretty isolated place, so it ended up being a great place to be during the first weeks of the pandemic.” 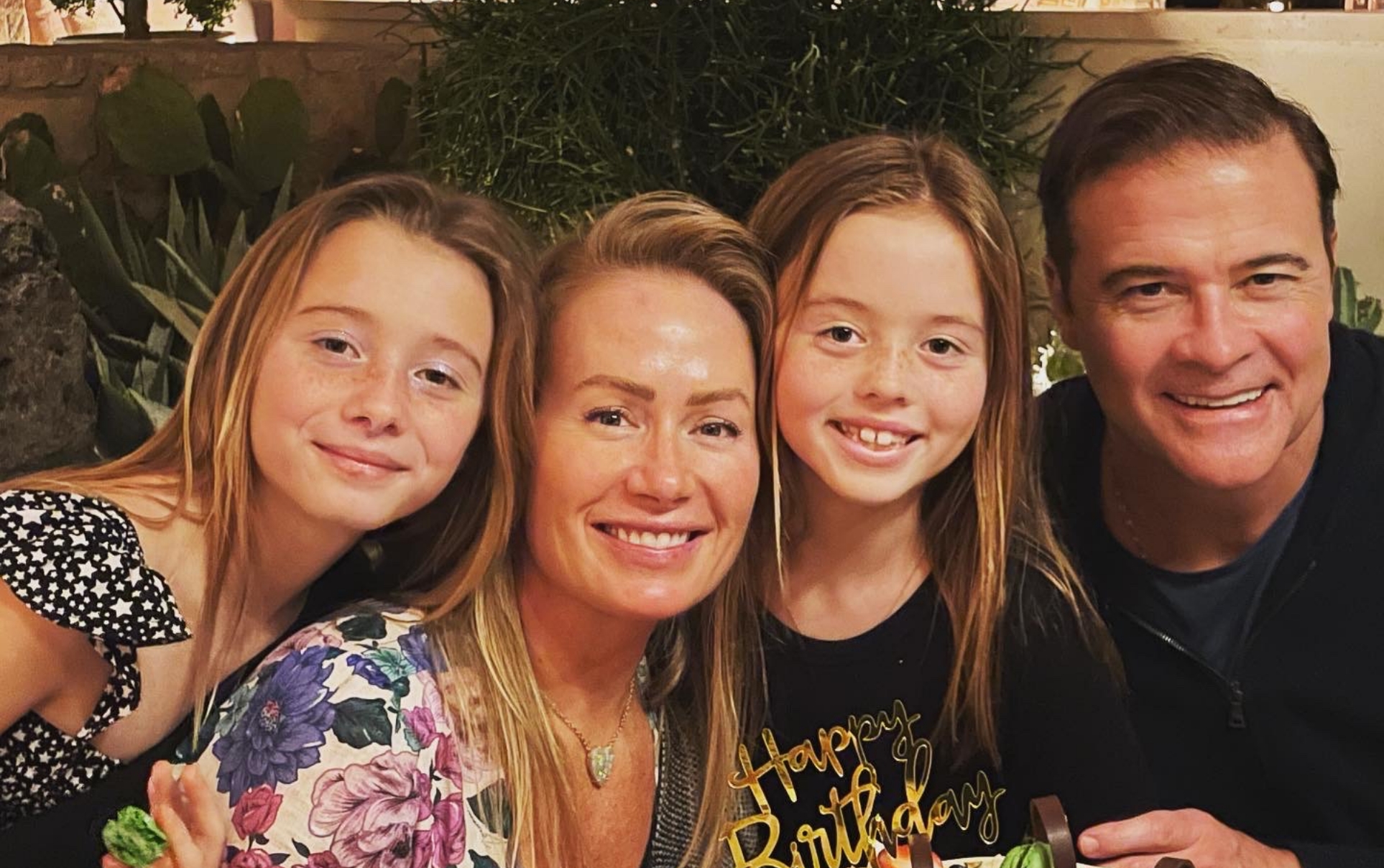 The Mitchell family on their getaway to Mexico—the trip where Coach Mitchell was originally injured.

Coach Mitchell and his family spent a lot of time outside during those first weeks, and while walking on a rocky path, he slipped and fell.

“I hit my head—I knew it was a bad fall. But it was that weird early time of COVID, and no one knew what was going on. They were saying hey, unless it’s life-threatening, don’t come to the hospital.” 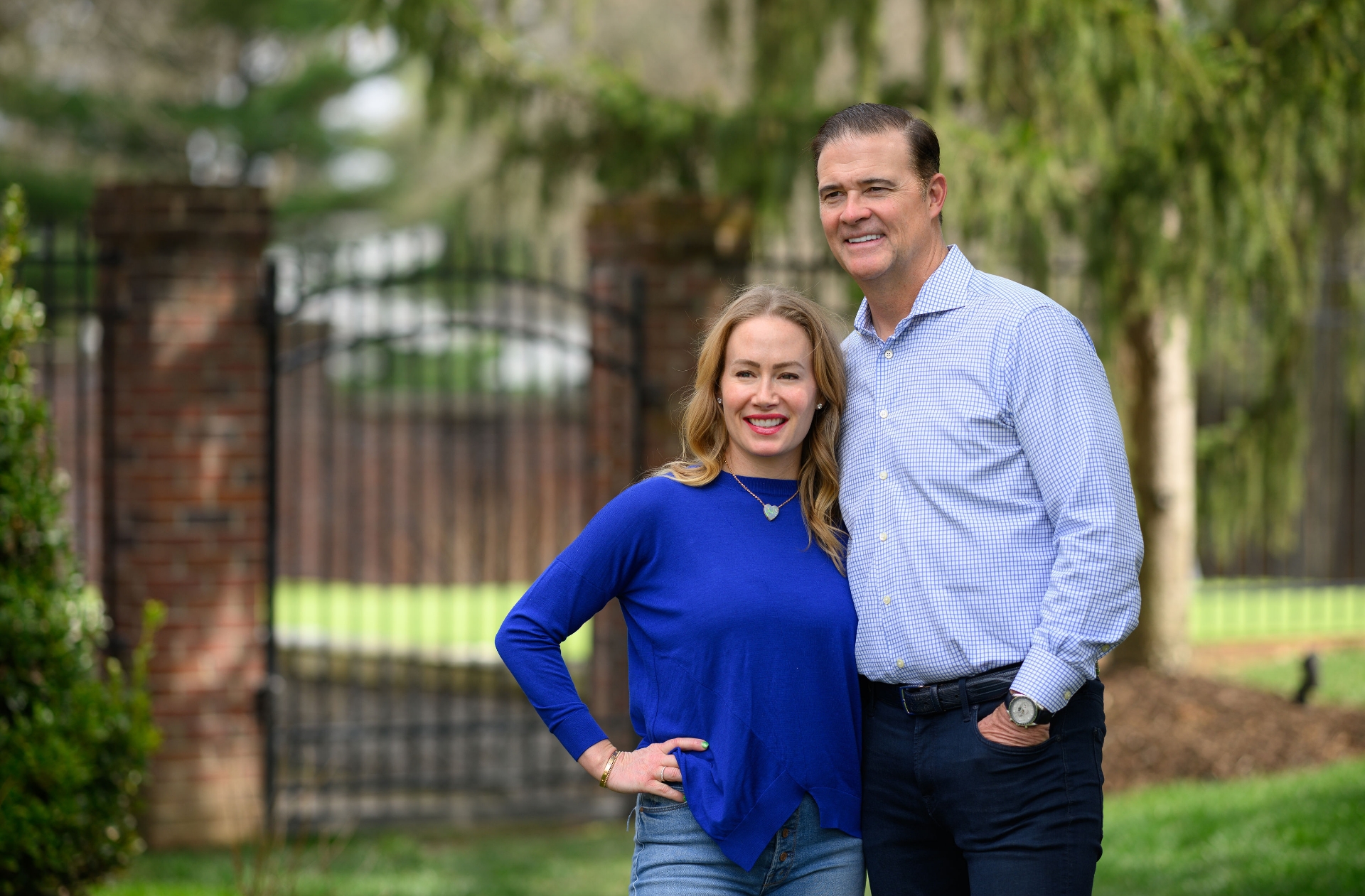 “I feel very blessed to have a loving family that always supports me,” said Coach Mitchell.

Coach Mitchell scheduled a telehealth appointment with his athletic trainer back in Lexington. “I had been around concussions a lot in sports, and so we diagnosed that I had a concussion and I took it easy for a few days. Eventually, I felt like I had fully recovered.”

But more than two months later, back in Kentucky, Coach Mitchell realized he’d had a faint headache for a long time. “I would take some ibuprofen and that would sort of knock it out. But it was like clockwork: four hours later, it would come back. It was just severe enough that I said this isn’t right.” 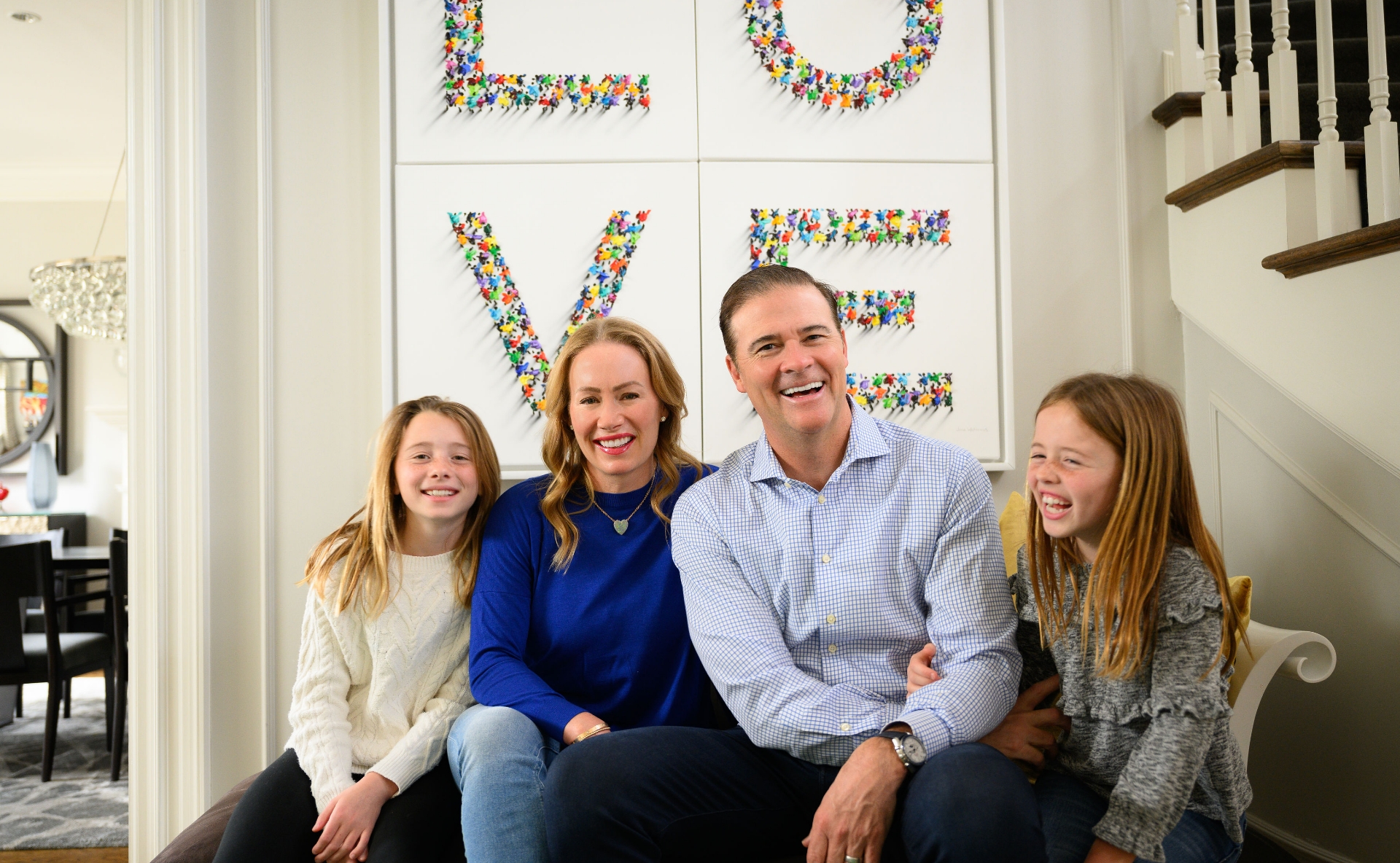 “I work hard to be a good husband and a good father,” said Coach Mitchell.

At first, he didn’t connect the headache to his fall, but Dr. Brian Adkins, Coach Mitchell’s friend and neighbor, convinced him to come into the emergency department for some testing. “I was not thinking that this was a big deal at all,” Coach Mitchell said. “I was just trying to rule out dehydration or something.” 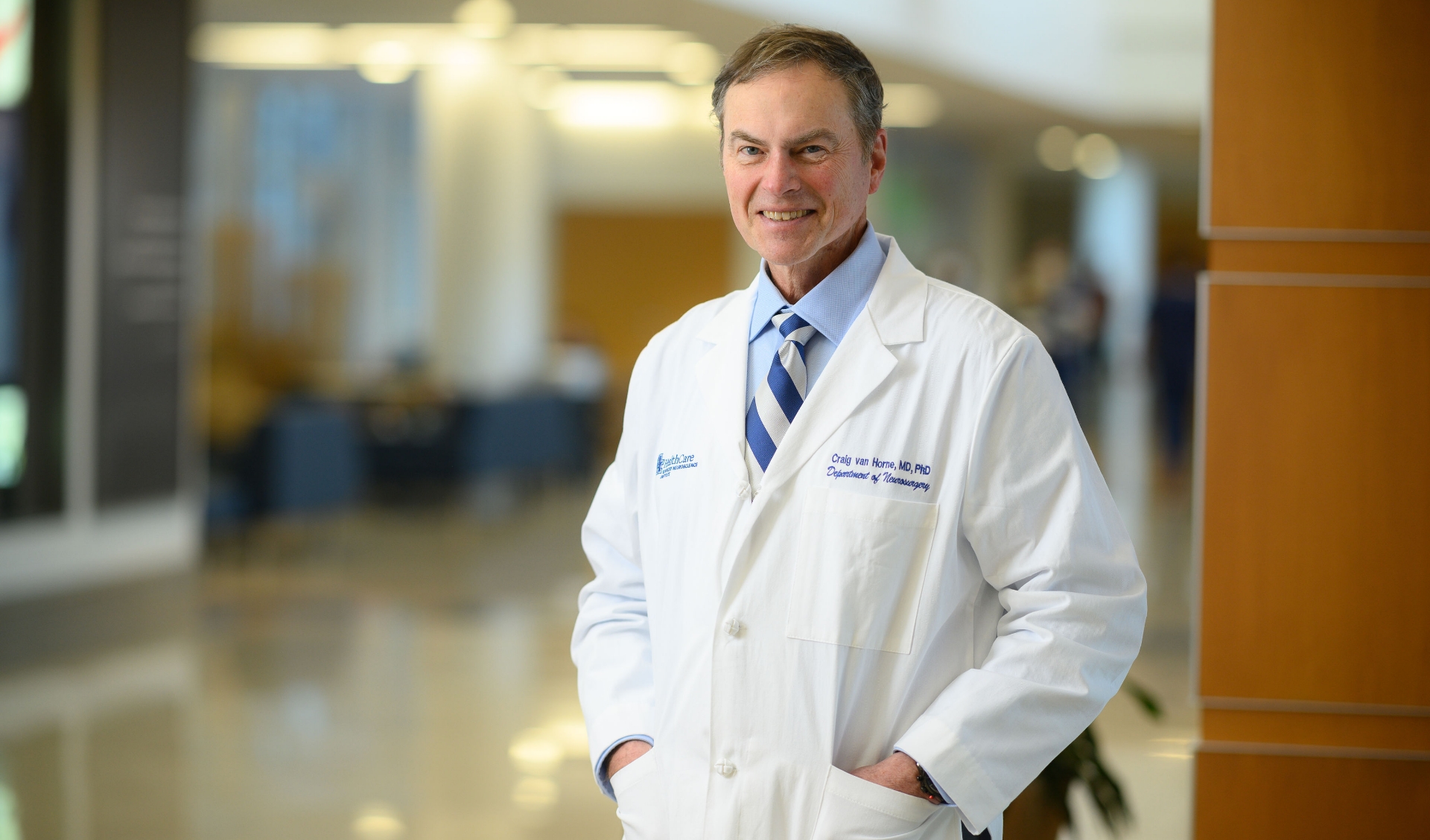 “We don’t scan everybody who has headaches or just isn’t feeling quite right, but when you put it all together with a history of a fall, hitting his head, then it makes it necessary to really take a deeper look and figure out what’s going on,” said Dr. Craig van Horne, co-director of the Brain Restoration Center at UK HealthCare’s Kentucky Neuroscience Institute.

Coach Mitchell’s MRI came back with some surprising results: a subdural hematoma on the right side of his head. Blood had built up in the layers of tissue surrounding the brain, pressing his brain over to the left side of his skull. Coach Mitchell was going to need brain surgery, and he needed it soon. His procedure was scheduled for the next morning. 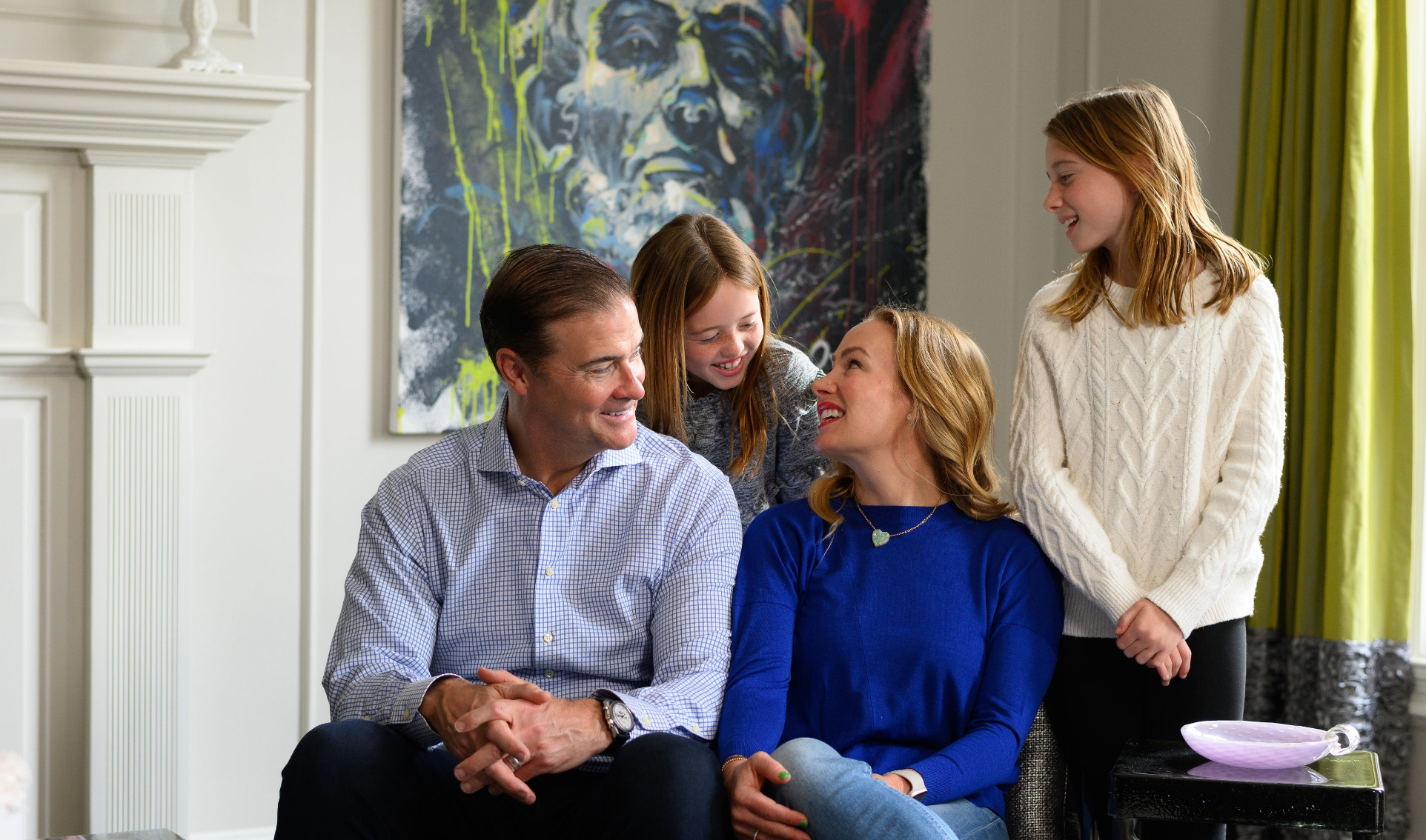 Coach Mitchell’s family was an important part of his support system throughout the entire ordeal.

“It was a whirlwind,” he said. “It was a big shock, a big surprise. I absolutely was not anticipating I was going to have brain surgery. It happened so fast I didn’t really even have time to think about it.”

Even though weeks had passed between Coach Mitchell’s injury and his scan, Dr. van Horne knew the situation was urgent. “Things can go downhill very quickly,” he said. “In our field, it’s really important to get these patients treated before it becomes a severe problem. And had this gotten bigger, it could have presented with a much more serious problem. The brain does not heal very well after injury, so it’s very important to protect as much of the brain as possible before things get really bad.” 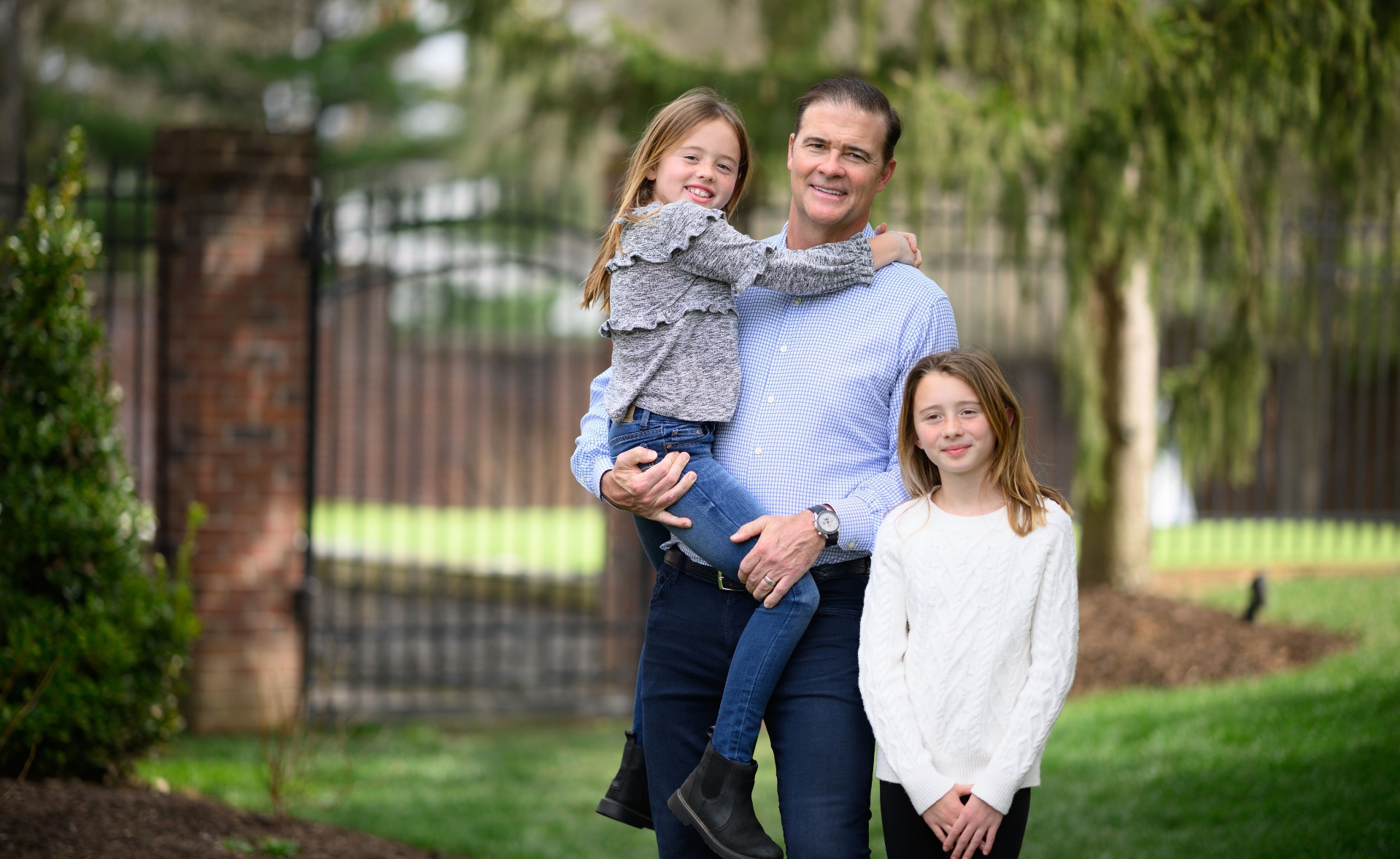 “It’s important to take care of yourself so you can show up for the people you love,” said Coach Mitchell.

“I was surprisingly at ease because I was very, very confident in the people who were surrounding me,” said Coach Mitchell. “Anytime you’re going into surgery, I think there’s a little bit of anxiety, but I was so comfortable and so confident in my doctors that it was not as nerve-wracking as you might think.” 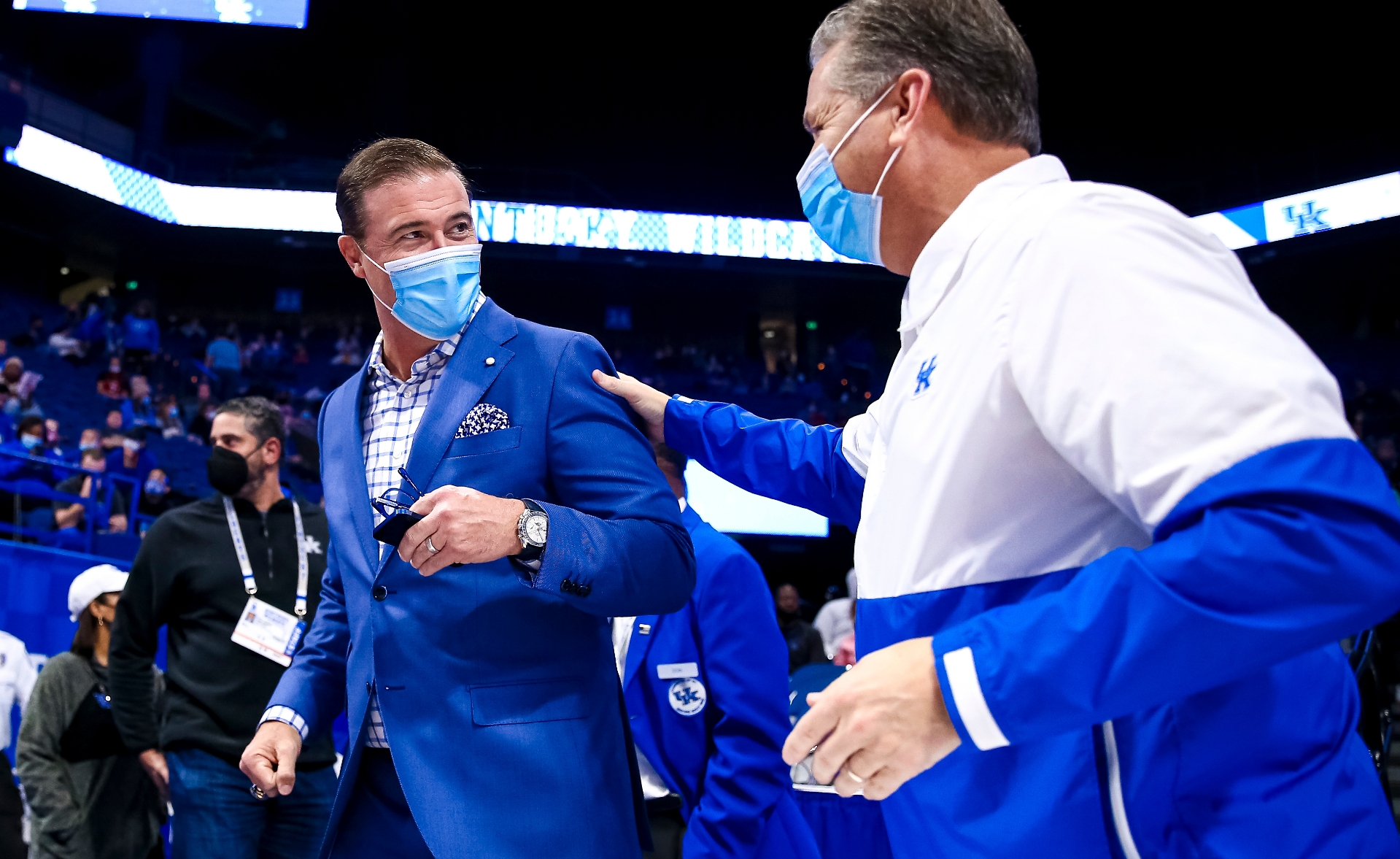 Coach Mitchell has seen firsthand what UK HealthCare can do for his athletes, his family, and himself.

The procedure involved drilling burr holes, roughly the size of a penny, into Coach Mitchell’s skull, allowing the built-up fluid to drain and relieving the pressure around his brain. “The surgery is fairly straightforward, can be done quickly and does not take a lot of time,” said Dr. van Horne, “But the recovery can be far more complex.” 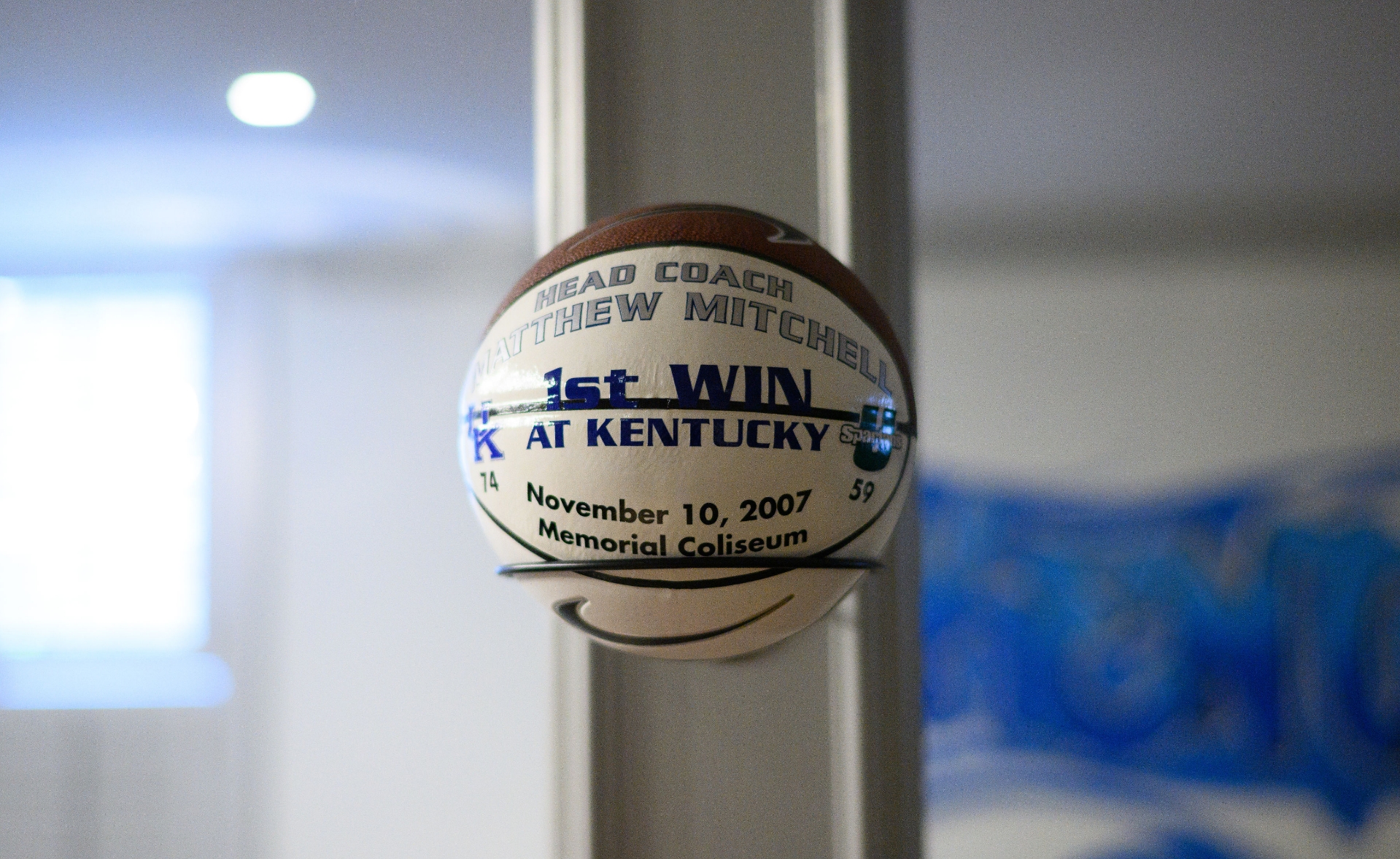 In his 13 years coaching at Kentucky, Coach Mitchell won more than 300 games.

Coach Mitchell’s scan and diagnosis happened on a Friday night. By Saturday morning, he was in surgery—and by Sunday, he was back home. The procedure had successfully relieved the pressure on his brain, and he was ready to turn his focus to his recovery. 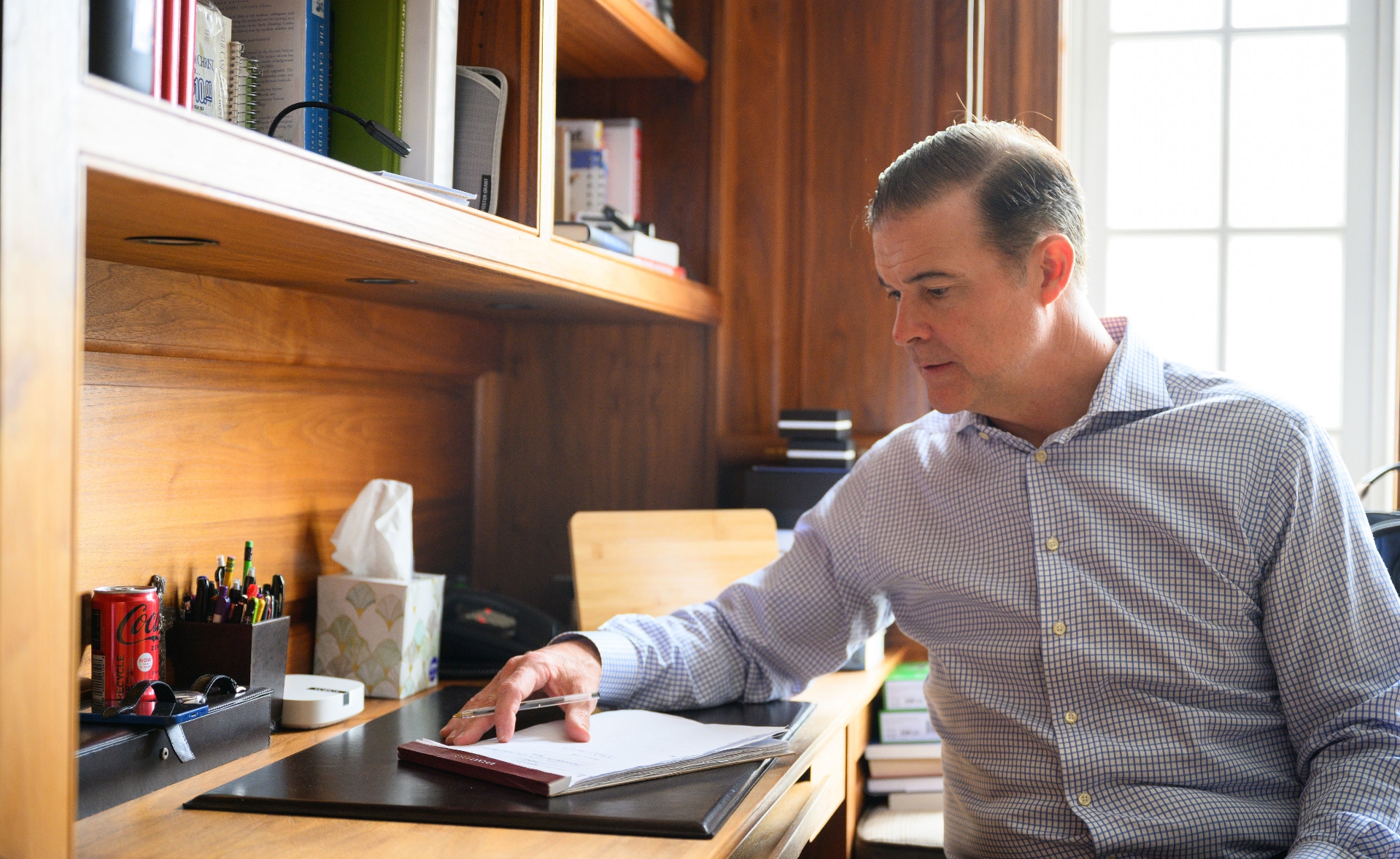 “Surgery made me think about how short life can be,” said Coach Mitchell.

“I train pretty hard,” said Coach Mitchell. “I work with a trainer and lift weights and do yoga and run, and I had to scale that back. Really, the only activity the doctors wanted me to do was walk. I took a lot of long walks, but really just tried to take it very slow to make sure that I had a chance to recover.” 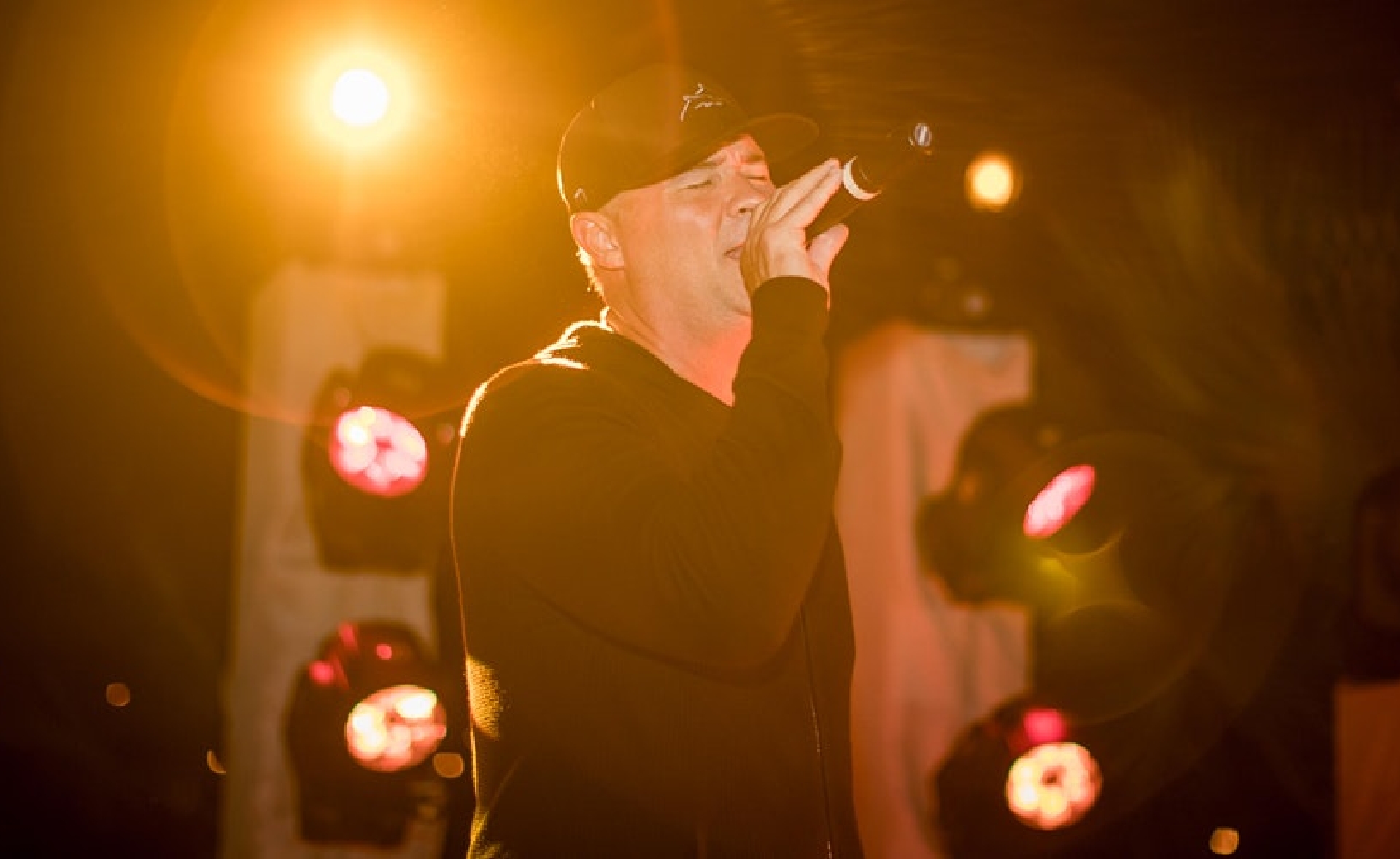 After his surgery, Coach Mitchell rediscovered his love of singing and performing.

At the same time, in an effort to reduce the stress on his body and mind, he took a step back from his coaching duties.

“I had been around so many great doctors at UK HealthCare over my career, and so I just did exactly what they told me to do and reduced my screen time,” he said. “As a college basketball coach, you’re on your phone all the time. You’re talking with a current player or trying to shoot an encouraging text to a recruit, or you’re talking to one of the assistant coaches. I was able to disconnect from that during my recovery for a period of time that I think was very helpful for me.” 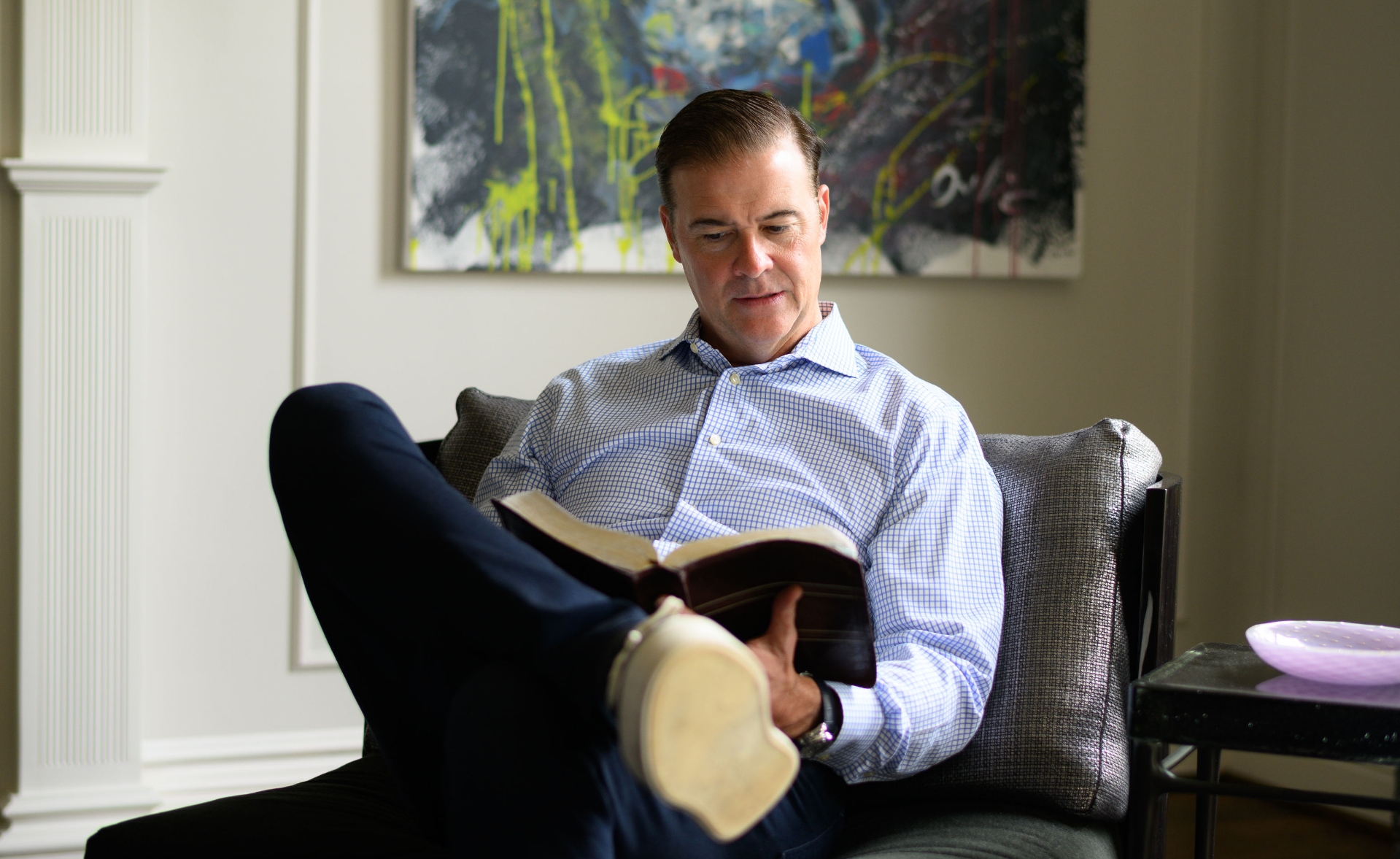 Coach Mitchell’s life-threatening experience and recovery, aided by UK HealthCare, “had me examine my place in the world,” he said. After 13 seasons and more than 300 wins, he made the choice to retire from his coaching position. Now that he’s healed and healthy, he’s looking forward to what’s next—including the launch of a leadership education company and entertaining people with the Coach Mitchell Band.

“It just felt like it was really important to move in a different direction—to pour my energy into helping people, but just in a different way. I’m very, very blessed to have a loving family and a community that has always really supported me, and they continued to do that. And so I feel very blessed that God has got me in the exact right spot where I’m supposed to be.” 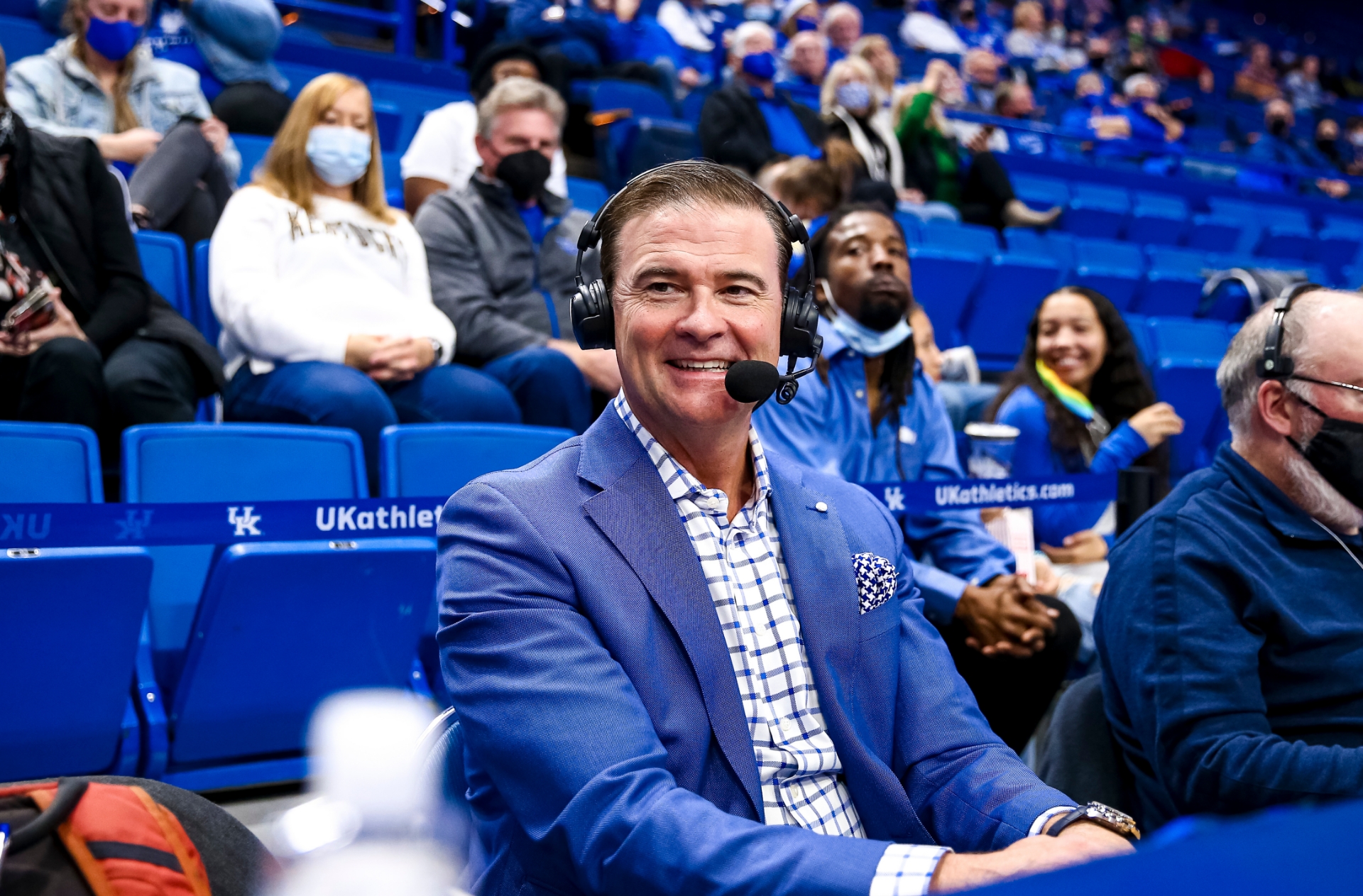 “God has me in the exact right spot where I’m supposed to be,” said Coach Mitchell. “I’m excited for the future.”

See how we care for patients like Coach Mitchell

“I need to be a part of this.”Big Blue Nation, Cancer, Pediatric Services