The Mysterious Case of the Wooden Spoon

It was an ordinary night last August when Jessica Fugate did something so many parents have done before: She gave her 11-month-old son, Cameron, a wooden spoon.

As the youngest of four, Cameron was an early, wobbly walker with energy to spare, and banging on pots and pans with a wooden spoon was something he loved to do. There was nothing unusual about the situation until Jessica and her husband, Jeff, heard Cameron fall while they were preparing dinner nearby. That fall was followed by a strange sounding cry—and Jessica’s motherly intuition kicked in. 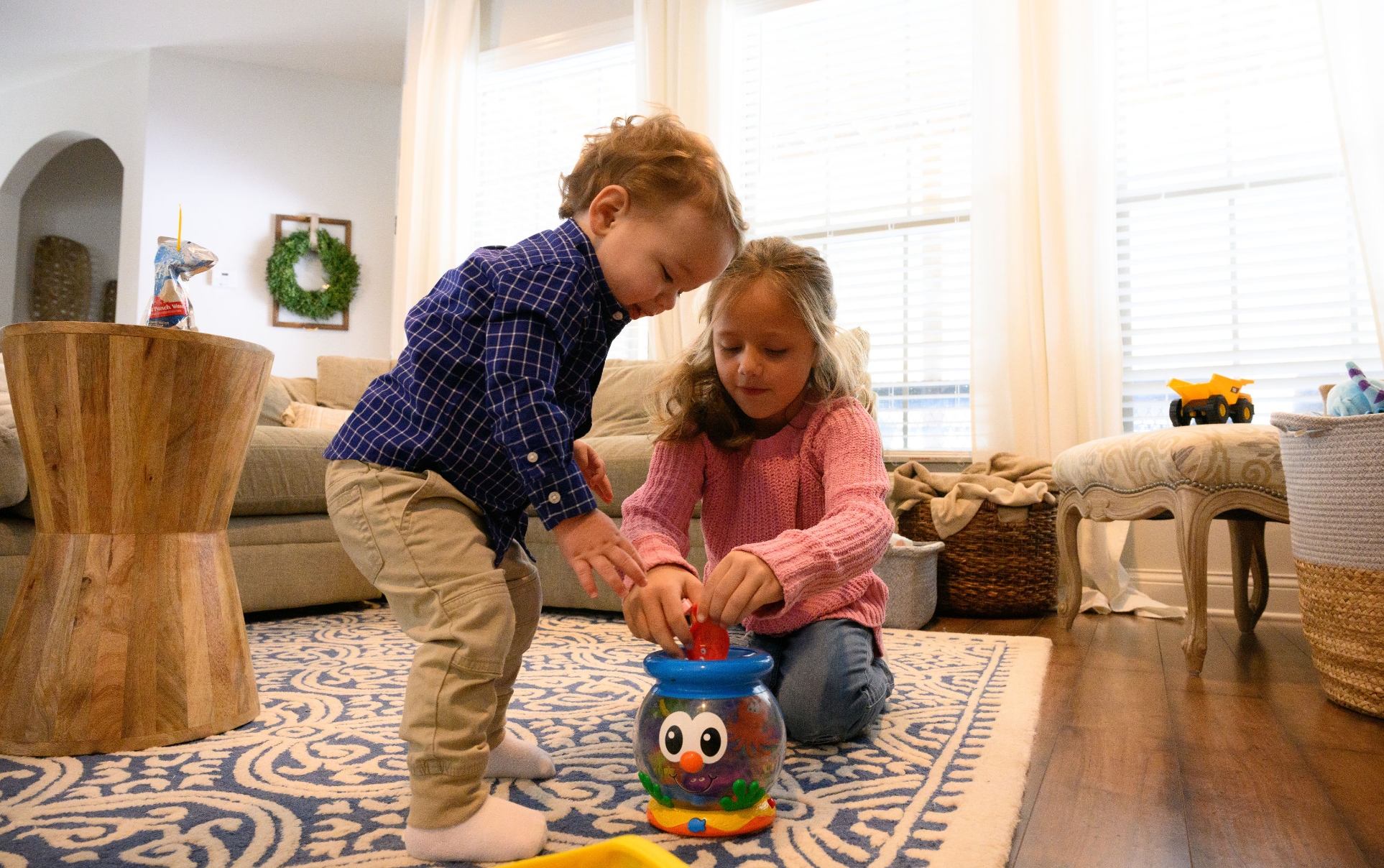 A busy, active toddler, Cameron loves exploring the world around him.

“It’s a superpower we have as moms,” she said. “I feel like we just know in our gut when something isn’t right.”

Because Cameron was behind the couch when he fell, the Fugates didn’t see the accident happen. There was no blood, no bruising and no visible trauma—but Jessica knew that Cameron was hurt. Later that night, when he refused his beloved bottle and pacifier, her intuition only grew stronger. And after speaking with the on-call nurse from their pediatrician’s office, Jessica took Cameron to the Makenna David Pediatric Emergency Center at UK HealthCare’s Kentucky Children’s Hospital. 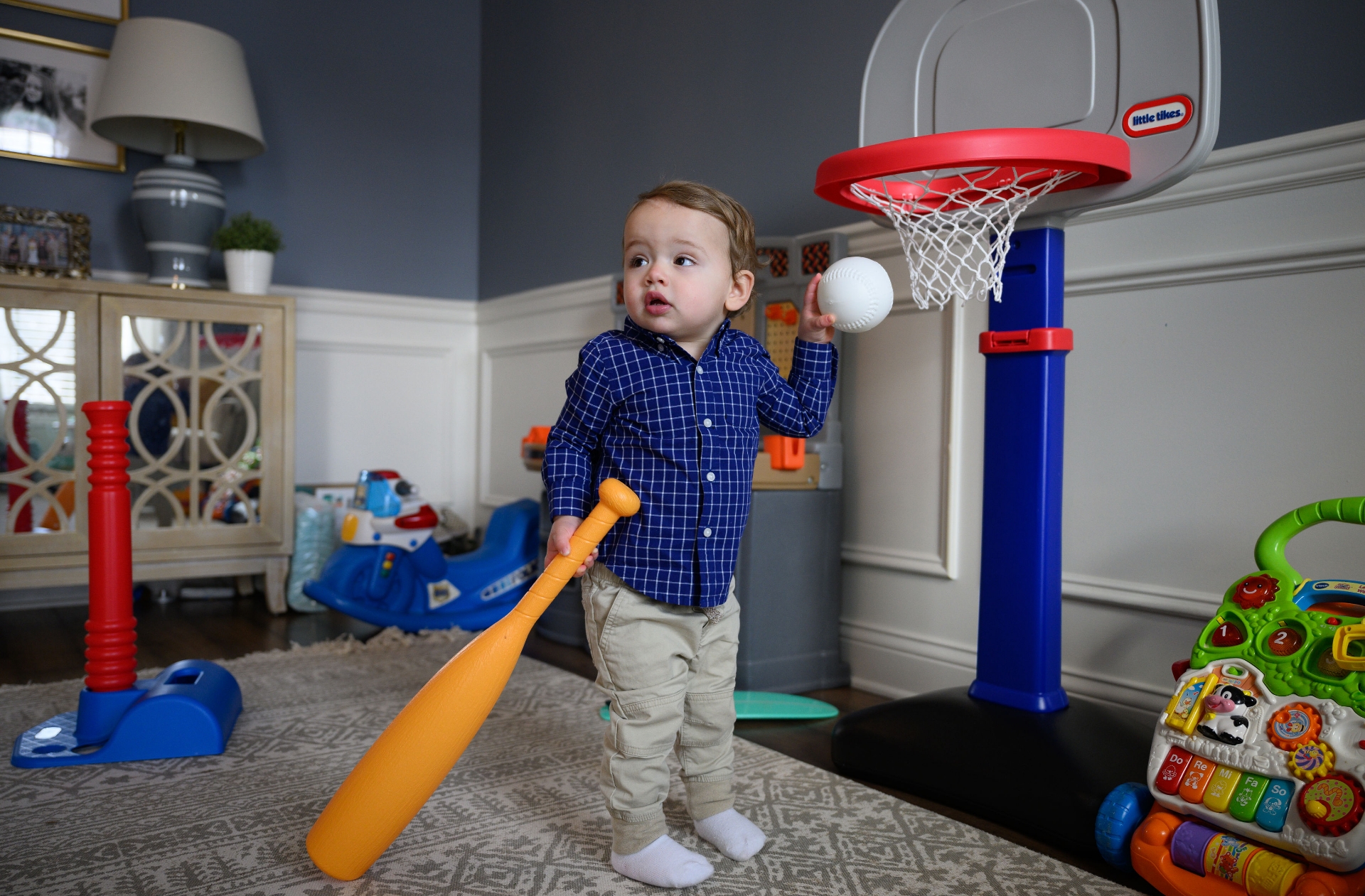 “He started walking at 10 months,” said Jessica. “But he was very wobbly and top-heavy.” 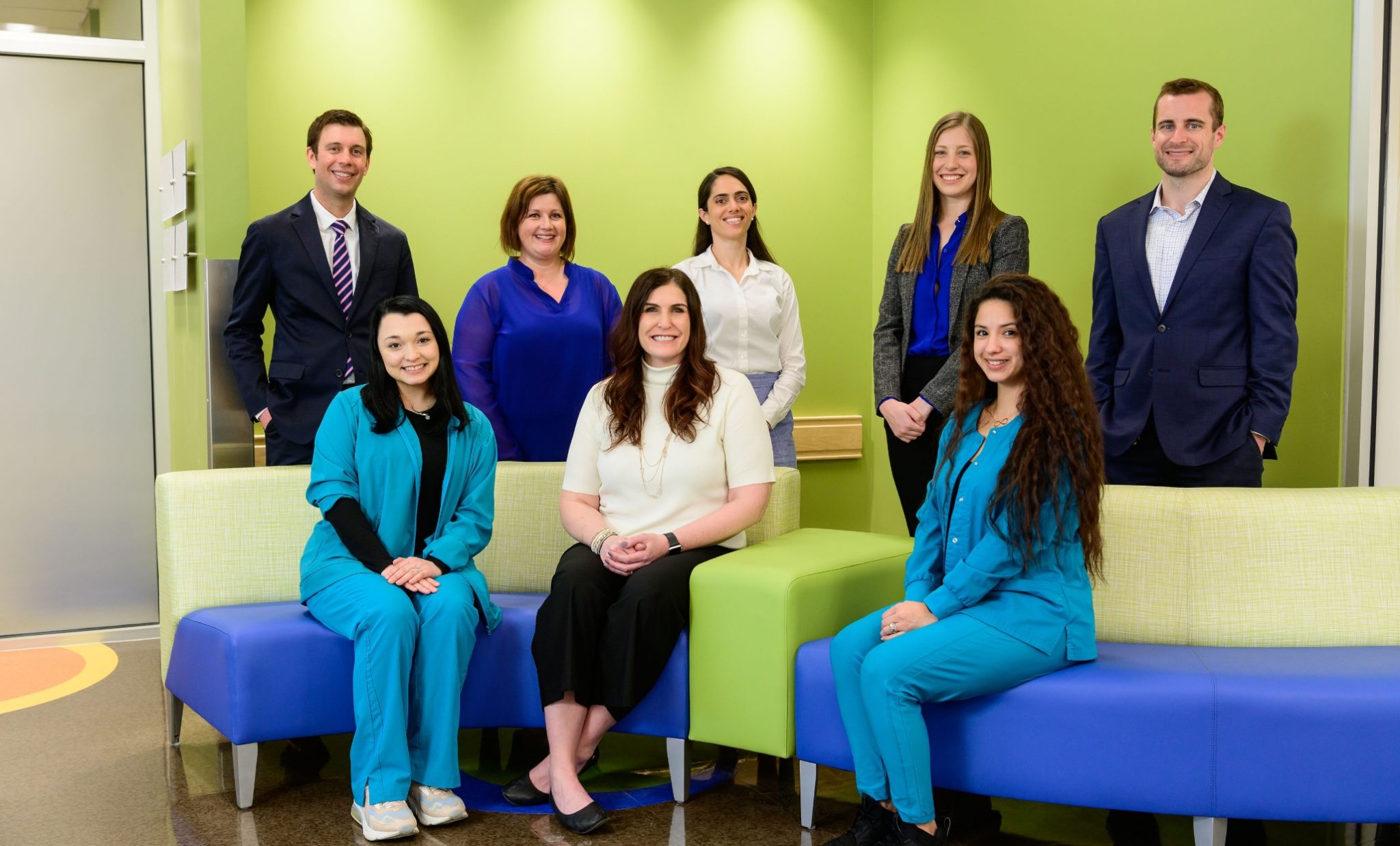 “[The staff] made us feel like we were their biggest priority, all day, every day,” said Jessica. “It meant the world.”

To determine the extent of his injury, Dr. Caitlin E. Fiorillo, a pediatric otolaryngologist at Kentucky Children’s Hospital, conducted an esophogram. It revealed that the rupture had created an open space where any fluids he swallowed were traveling from the back of his throat to his mediastinum, the area around his heart. If Jessica and Jeff hadn’t noticed the problem and taken action, anything Cameron swallowed would have been trapped there, leading to sepsis and other dangerous infections. 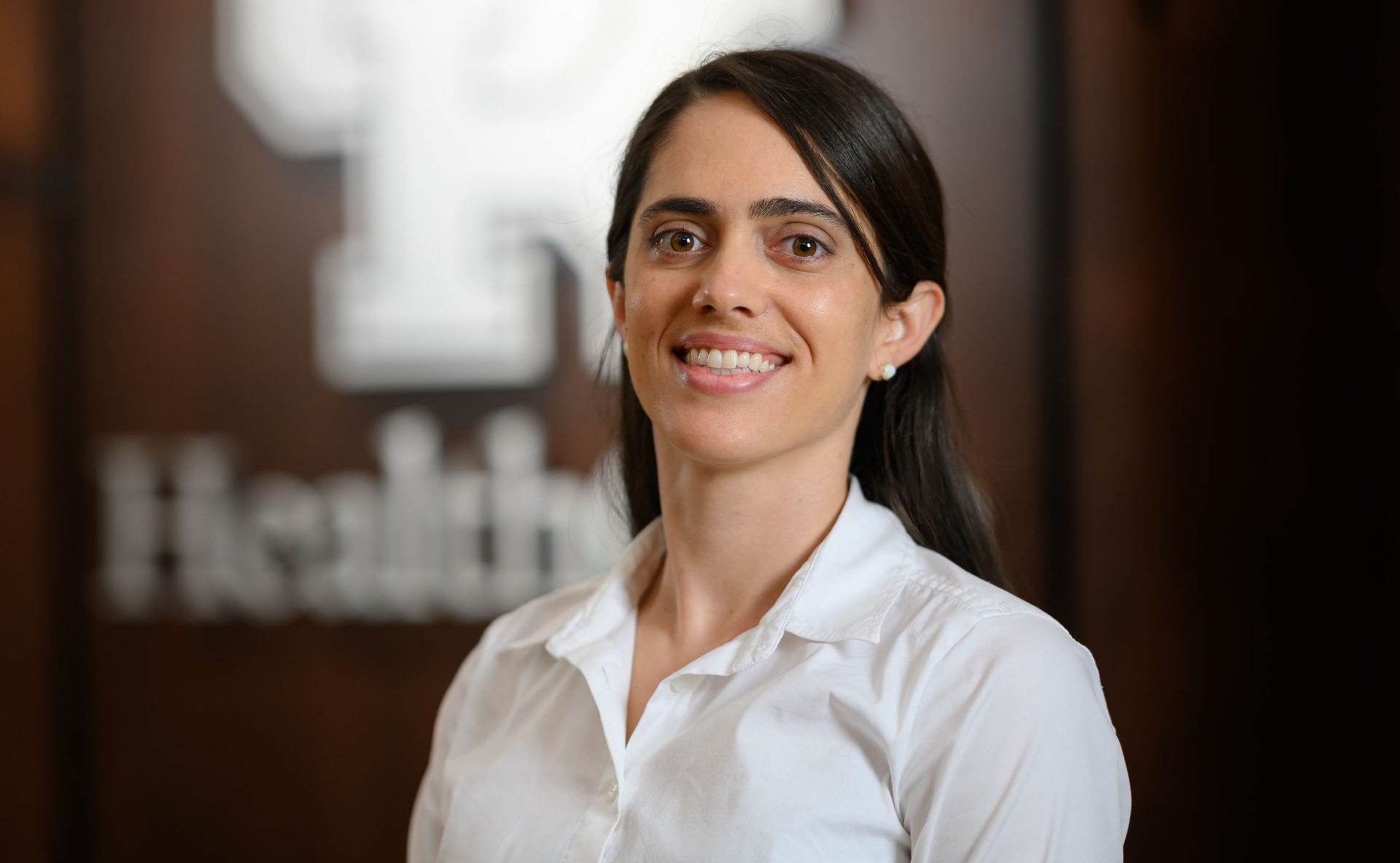 “It’s hard to know sometimes,” said Dr. Fiorillo. “She had really good parental instincts to bring him in.”

“A lot of kids with a similar injury to Cameron will go home the same day or stay one night in the hospital, as long as they’re drinking fluids,” said Dr. Fiorillo. “Cameron’s case was unusual. Normally, when you injure that area—which has the lining of the throat, some muscle and then the spine—it’s a superficial wound.” 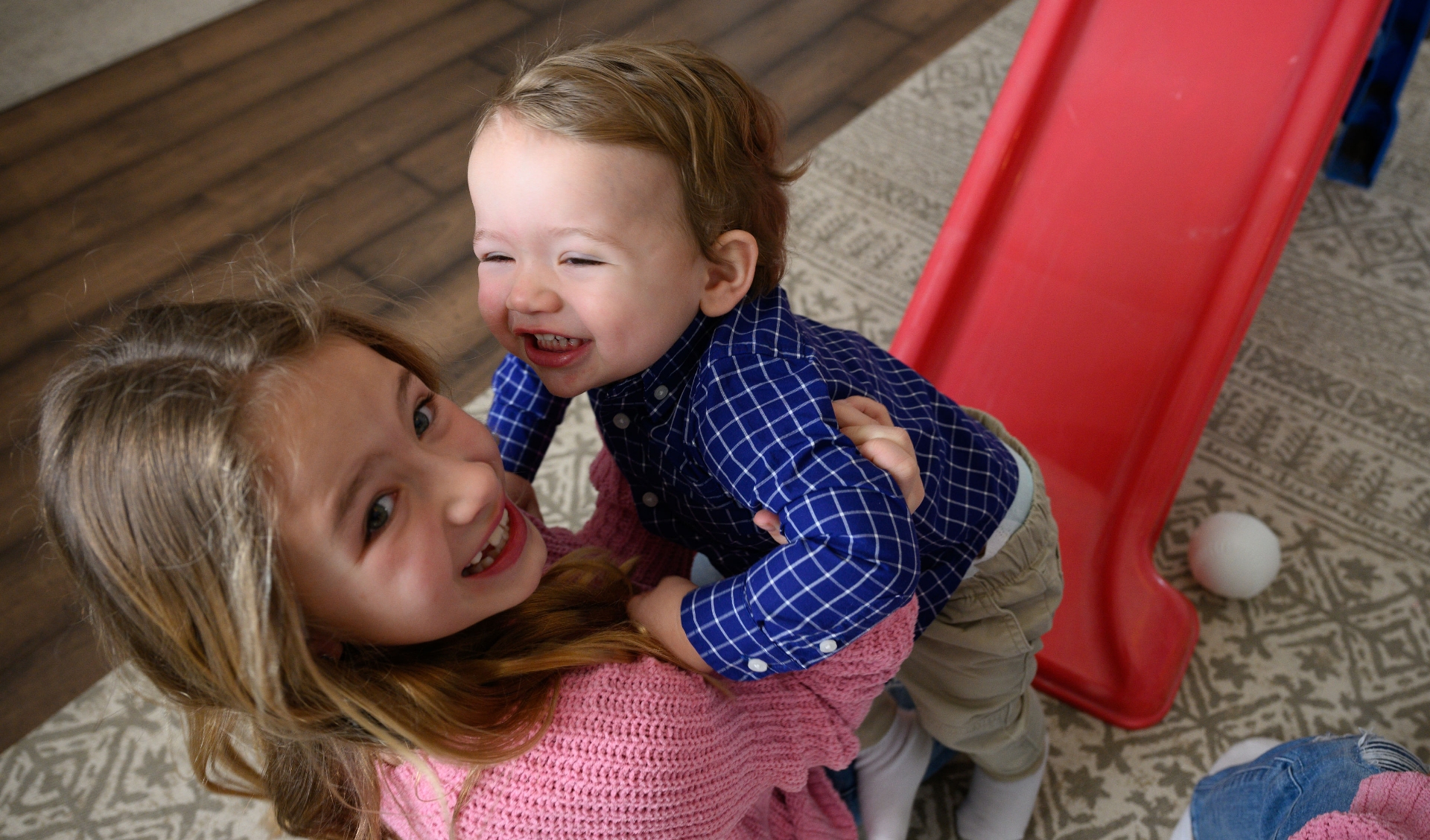 “It was hard for his sisters to understand their brother was in the hospital,” said Jessica. “It was very scary for them as well.”

But a CT scan revealed that Cameron’s case went far beyond the superficial. To prevent infection as the tear healed, Dr. Fiorillo and the pediatric otolaryngology team started Cameron on IV antibiotics. And rather than going into surgery to close the wound, they opted for a more conservative approach—to let the injury heal on its own, with a nasogastric (NG) tube feeding tube sustaining him as they waited. 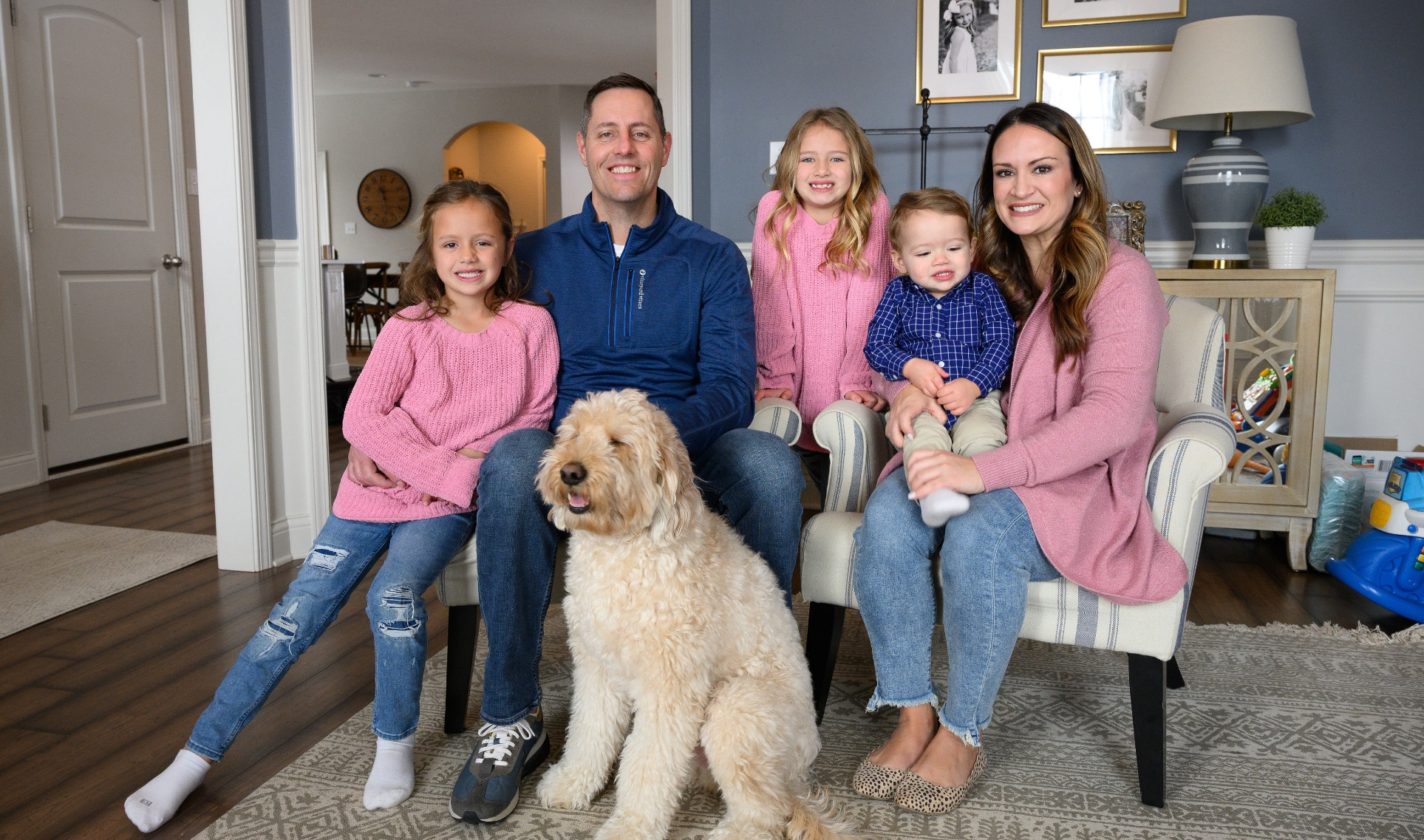 “[We] were so excited to have him home,” said Jessica. “It was a really great reunion.”

“Fortunately, the mouth heals very well,” said Dr. Fiorillo. “Cameron was an otherwise very healthy little boy, and was able to do all the hard work healing on his own.”

A few days and swallow tests later, Cameron was acting more like himself. His fevers went away, his appetite returned, and the wound in his throat had sealed. And as soon as he started to feel better, he wasted no time making his rounds on the floor of Kentucky Children’s Hospital where he stayed. 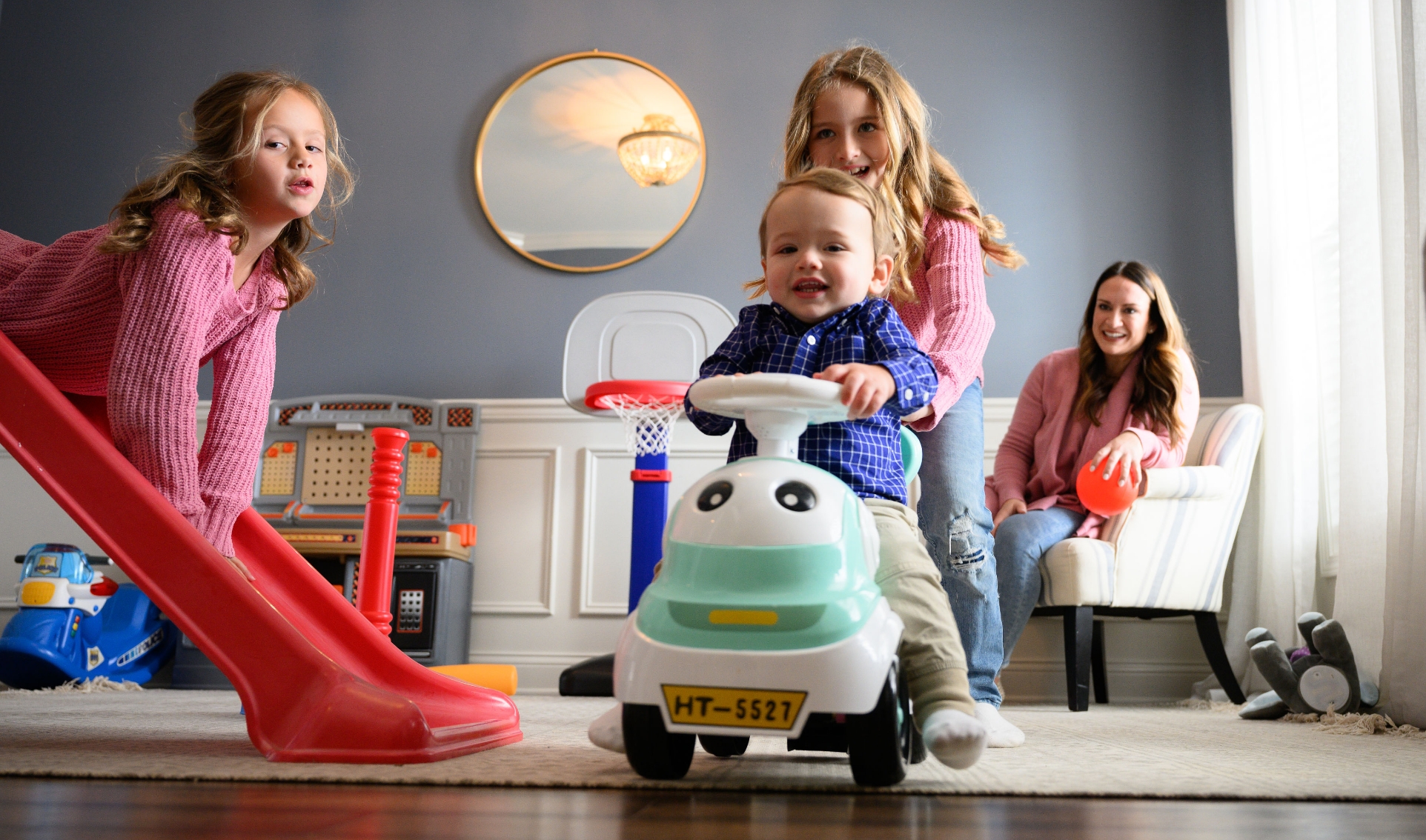 “He was so excited to have his big sisters back around,” said Jessica.

“They have these little cars you could push him in. And I mean, we wore a hole in that floor with the laps we were walking,” said Jessica. “He loved to beep and wave at the nurses.”

“The nurses made us feel like we were their biggest priority, all day, every day,” continued Jessica. “Cameron loves to dance. I played music every night so he could dance, and they’d come in and dance with him. I’m sure they had a million other things to do, but they just made us feel like a million bucks while we were there, which was so awesome.” 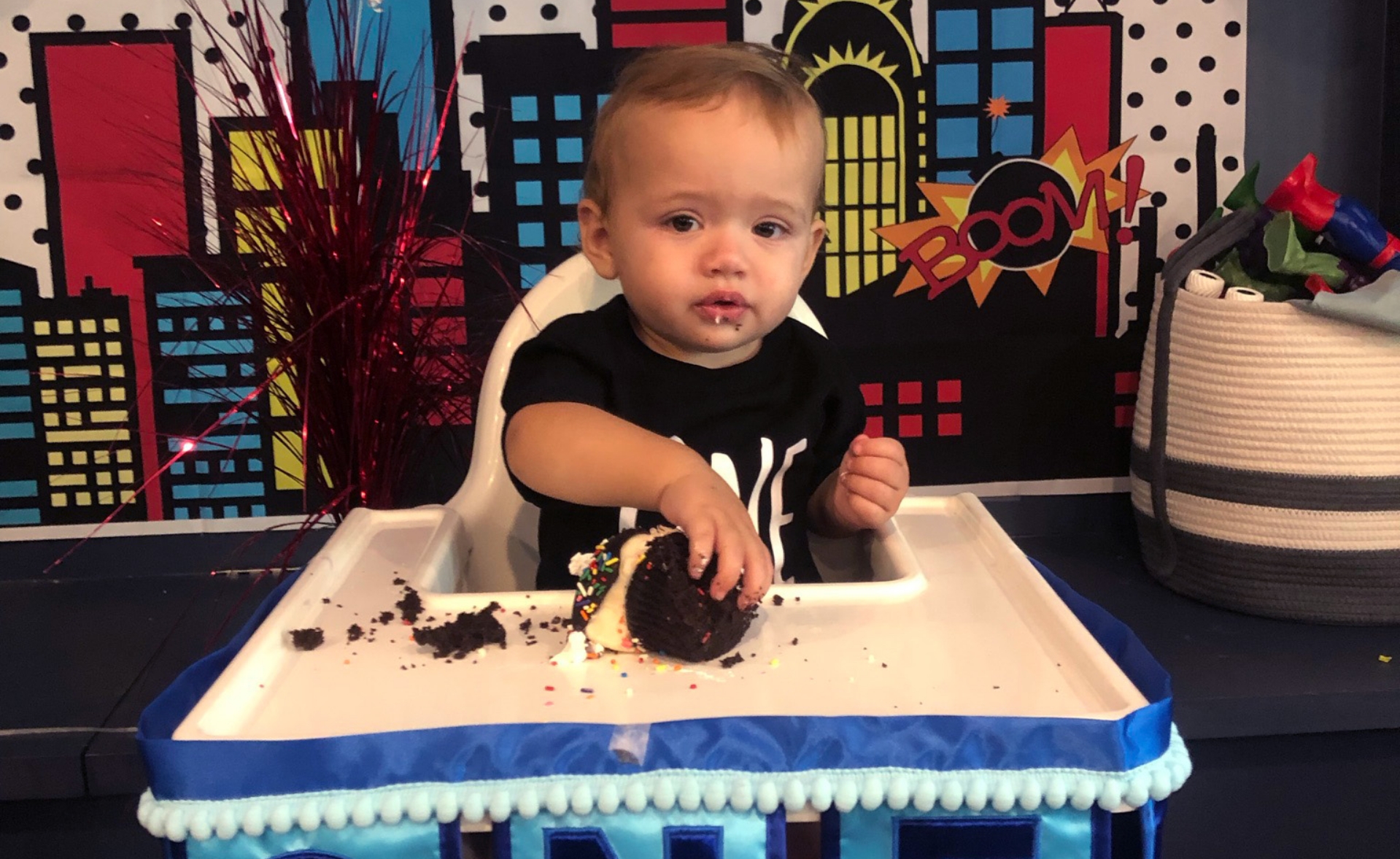 The Fugate family was thrilled to be able to celebrate Cameron’s first birthday at home.

And just days after being released to go home, Cameron got to celebrate his first birthday in a very special way: dancing at his uncle’s wedding.

“It’s crazy what ten days can do,” said Jessica. “The week before, we had a baby who was in a critical situation, and now he’s dancing on the dance floor at a wedding. That moment will be etched in my brain until the end of time because I’m so thankful we were there. He was very happy to be home.” 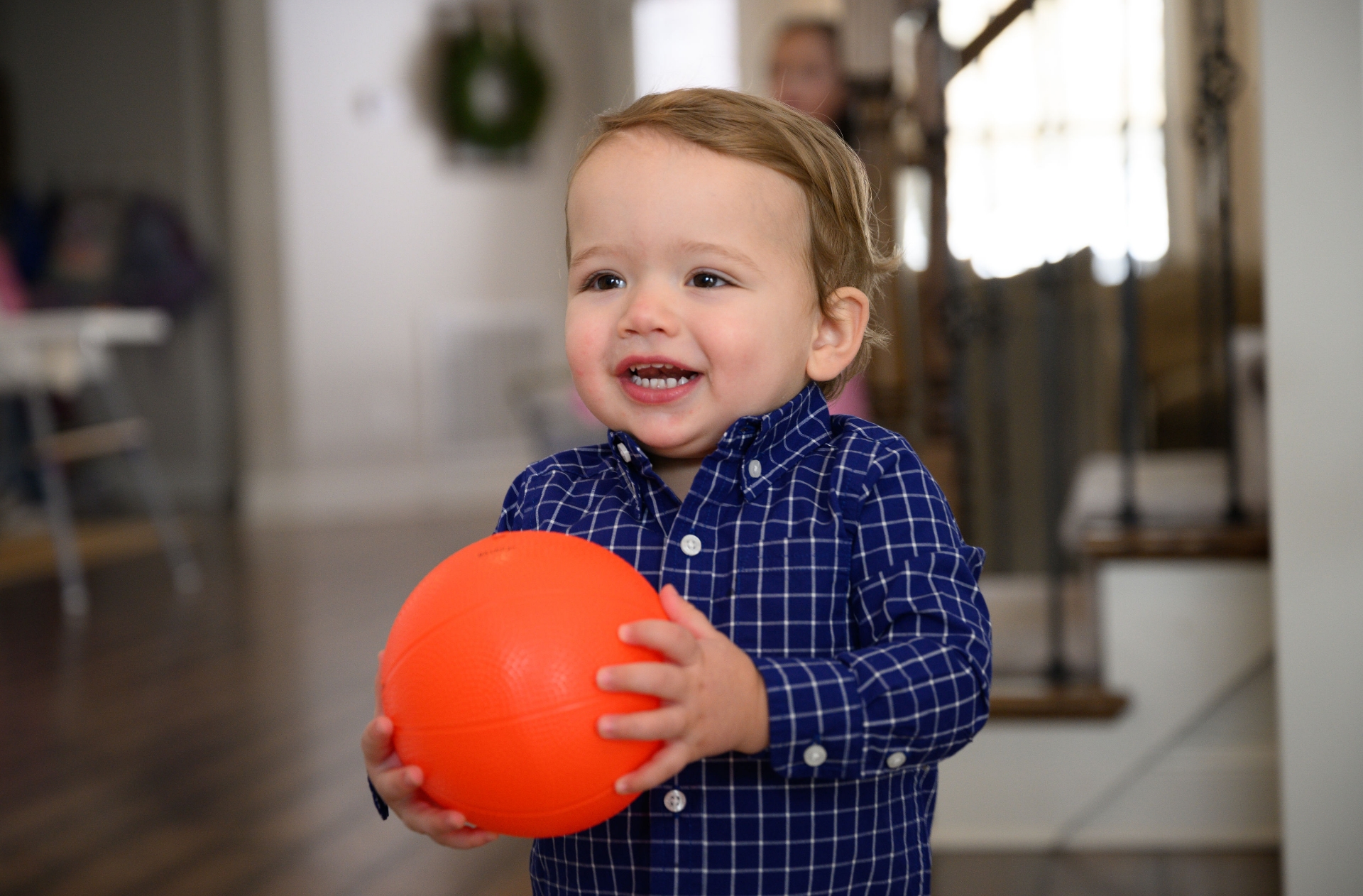 “I am so thankful that this is where we are today,” said Jessica.

“I’d already been through one miracle.”Emergency Services, Heart

“As sick as you could be and still survive.”Moms, Pediatric Services