“I’d already been through one miracle.”

“She gets a phone call at four o’clock in the morning. It’s the nurse calling her from the hospital, and she just knew it was them calling to let her know I was gone. And [the nurse said] ‘Mrs. Combs, you’re not going to believe this, but he’s awake and asking for you.’” 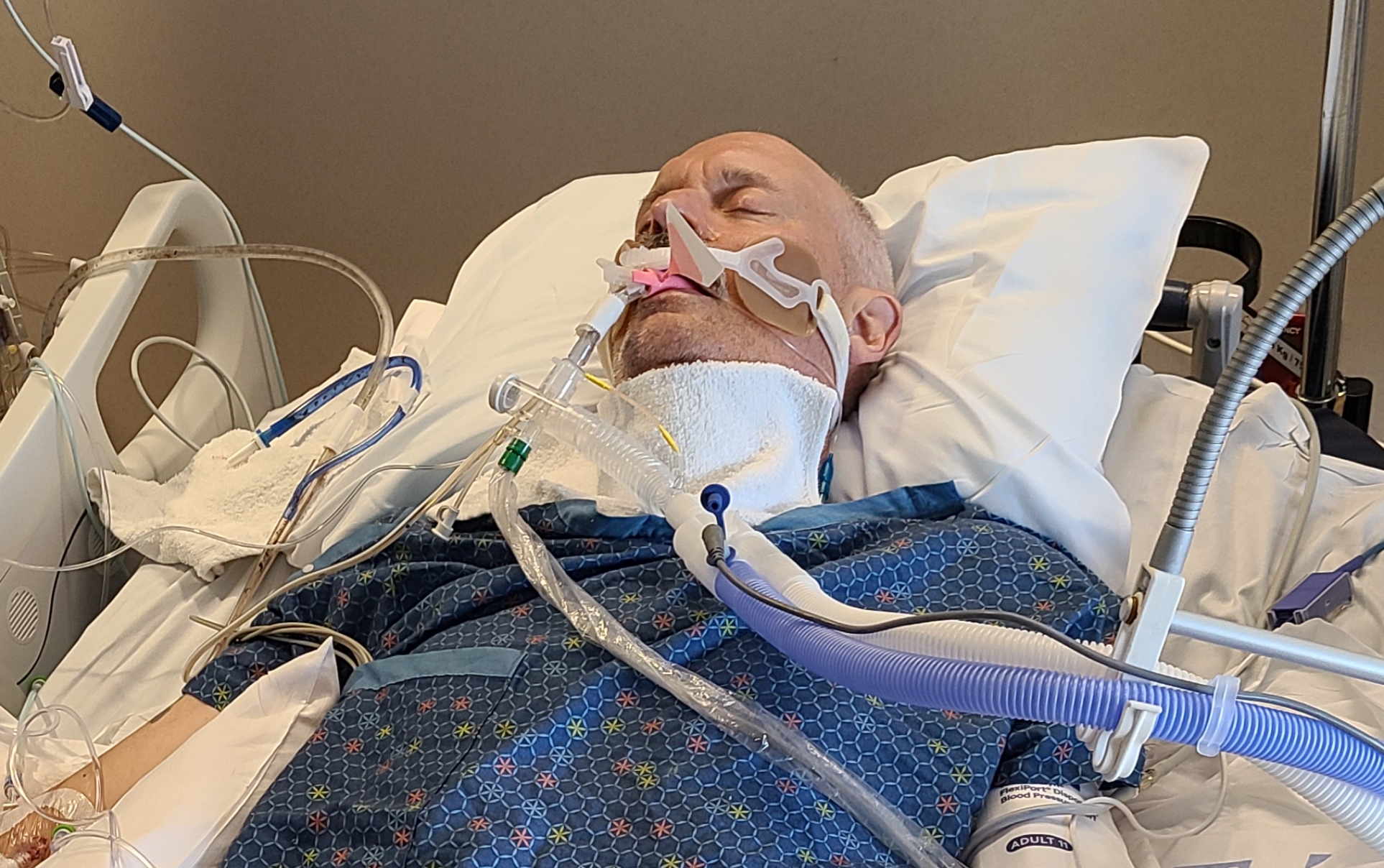 Two weeks earlier, Ronald Combs—Andy, to his friends and family—had suffered a massive heart attack. He didn’t have a pulse for 30 minutes, then spent the next two weeks in a coma. His doctors and family began to accept that he was unlikely to ever regain brain function. But 14 hours after making the heartbreaking decision to remove him from life support, Andy’s wife Julie got a call she never expected: against all odds, her husband was awake. 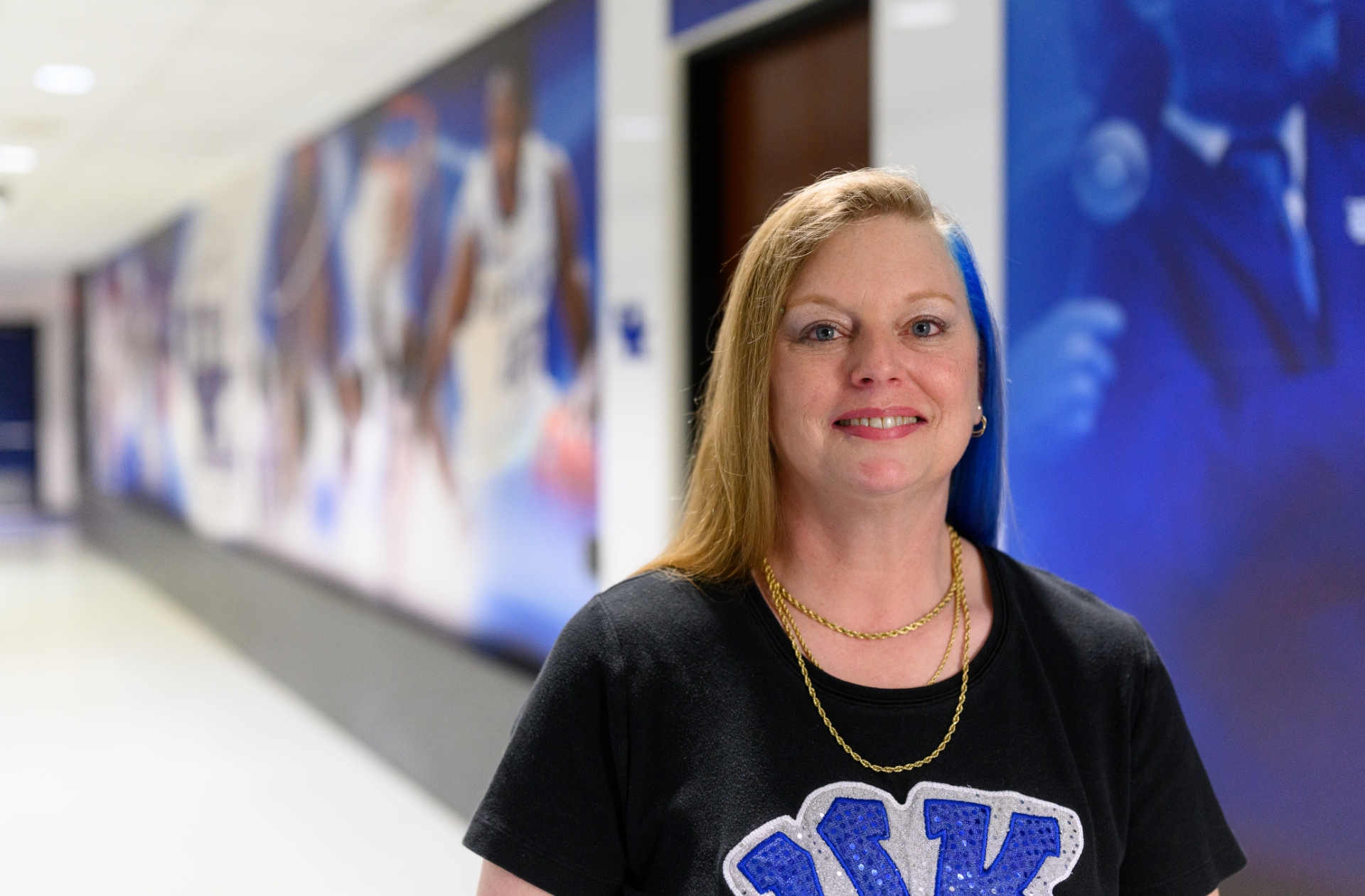 “It was a rollercoaster [of emotions],” said Julie.

“I think I deafened the poor nurse,” said Julie. “Hung up with her and came here as fast as I could.”

Julie was the one who found Andy, unresponsive and cold, in their bed the night of his heart attack. She was the one who started performing CPR on him while her mother called 911. And, as Andy is the first to admit, she’s the reason he’s still here today. 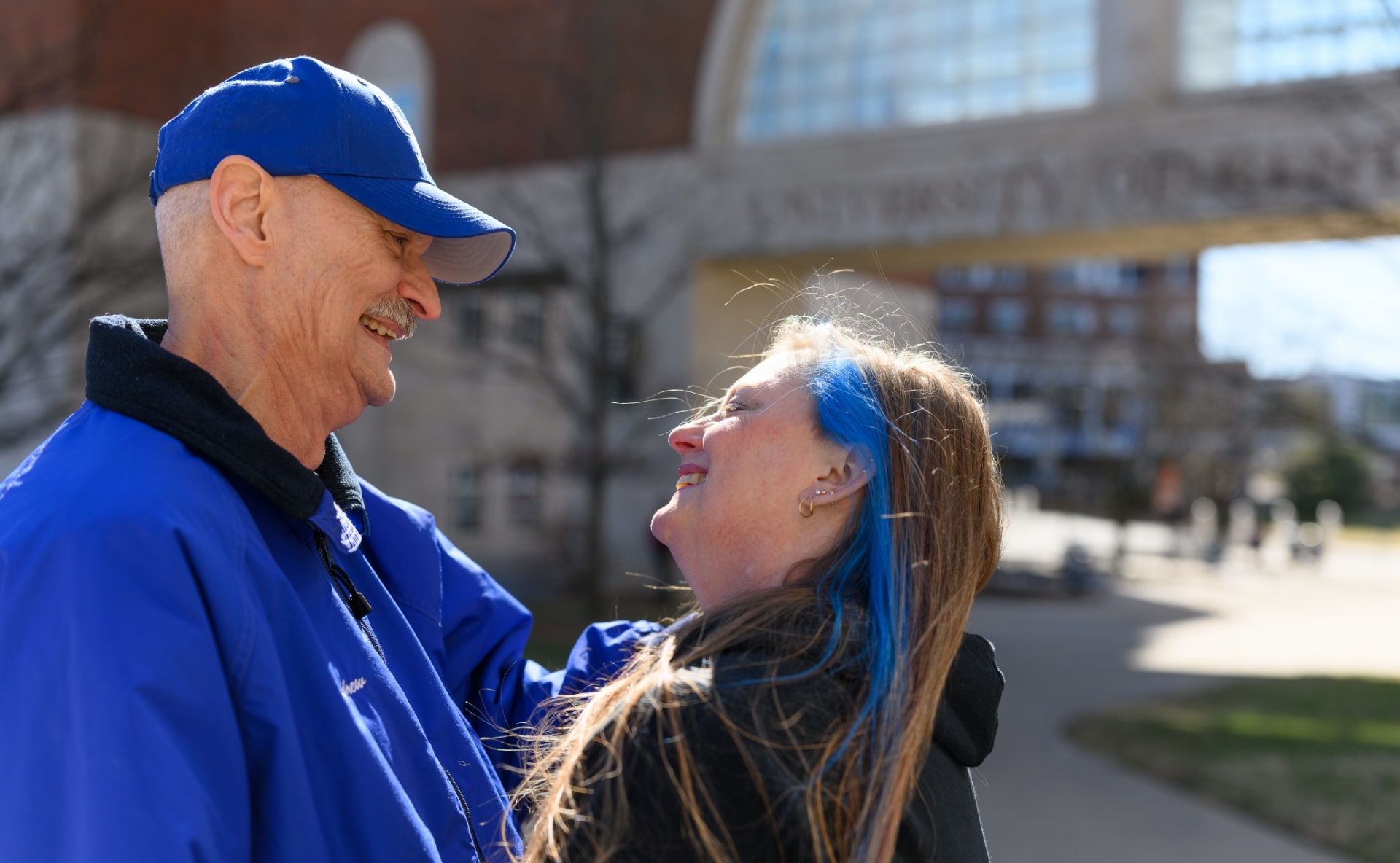 “I knew I had to do something,” said Julie. “And the whole time you’re wondering, ‘Am I doing this right?’”

“They both took turns doing CPR until the paramedics got here,” Andy said. “I was told later on, not only by the paramedics but also by Dr. Ogunbayo: those two doing CPR as they did is probably what saved my life.” 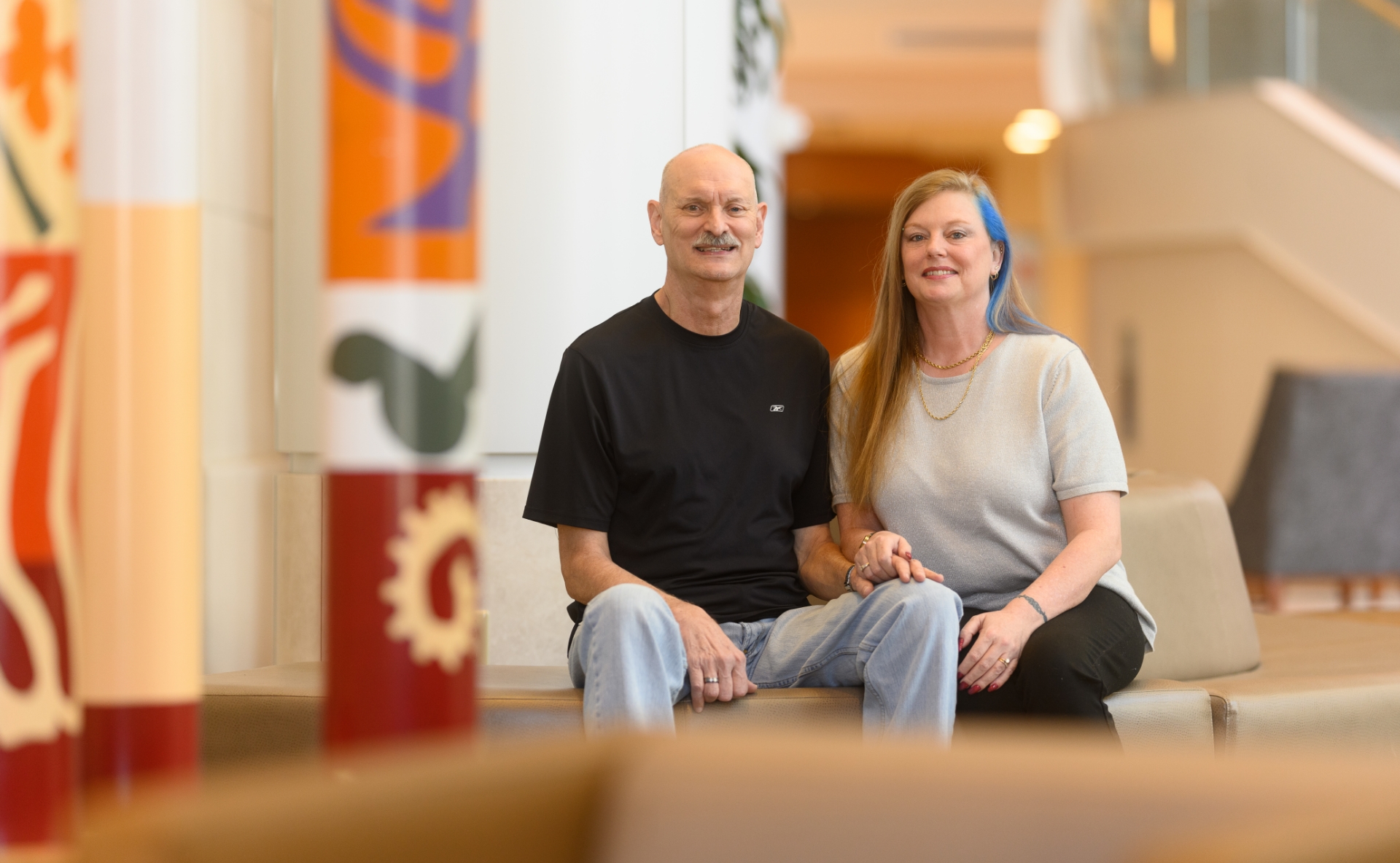 It wasn’t Andy’s first heart attack. He’d suffered one in 2009, but recovered after receiving a cardiac stent. This time, in June of 2021, was different, both in terms of the damage to his heart and the level of care needed to bring him back to health. After months of physical therapy to regain his strength, Andy faced the next step: surgery at UK HealthCare’s Gill Heart & Vascular Institute to restore the blood flow around his heart. 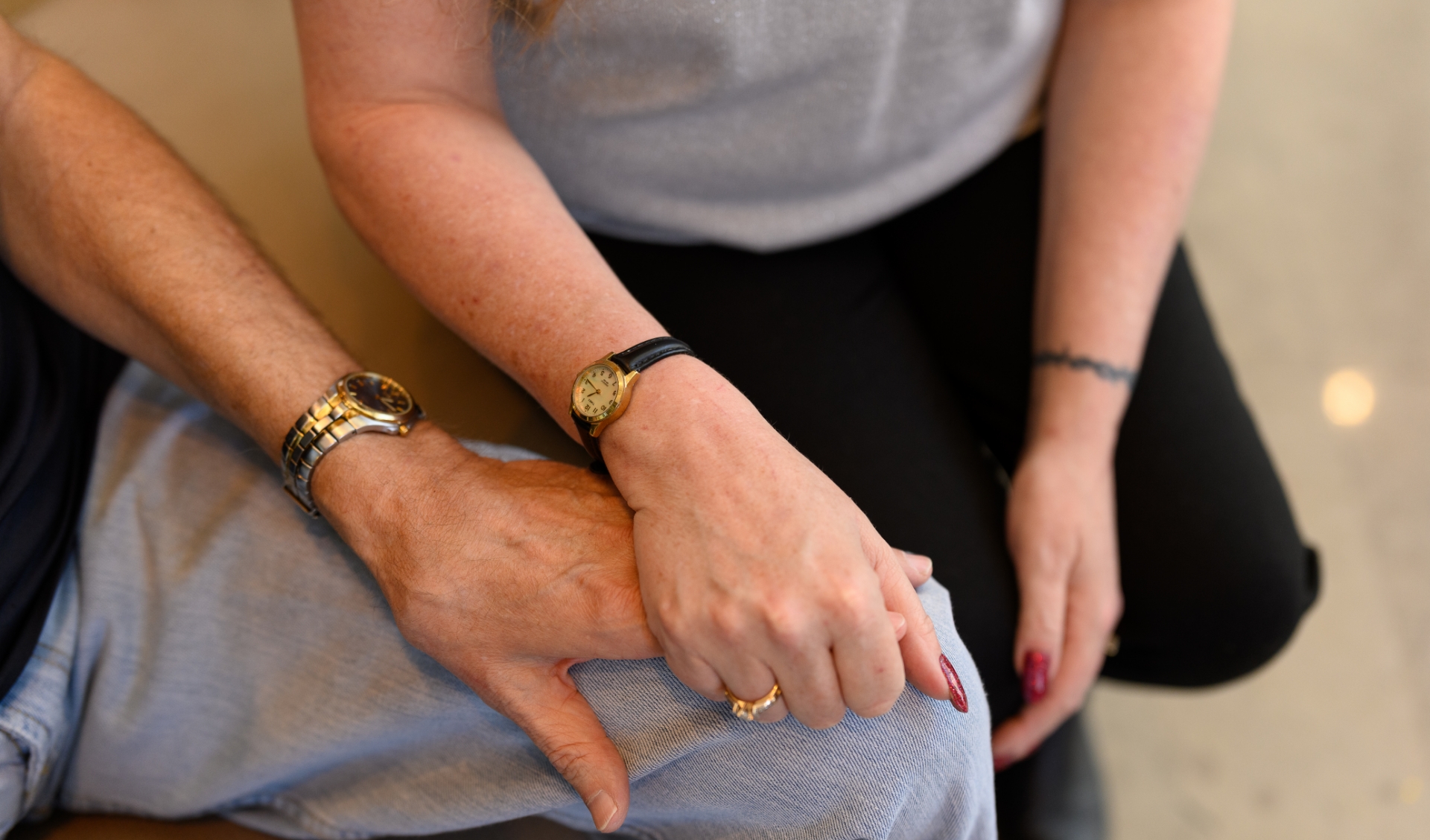 “They treat you like they would a family member,” said Julie.

“I just felt very calm about the whole thing—both of us did,” said Andy. “I’d already been through one miracle, and we both knew that whatever happens, it’s in God’s hands. And I just felt real comfortable with Dr. London and her entire staff.”

In order to repair Andy’s heart, his surgeon, Dr. Tessa London-Bounds, knew he would require bypass surgery: transplanting veins from elsewhere in his body to redirect blood around the blockages in his blood vessels. It’s a procedure that’s different for everyone. 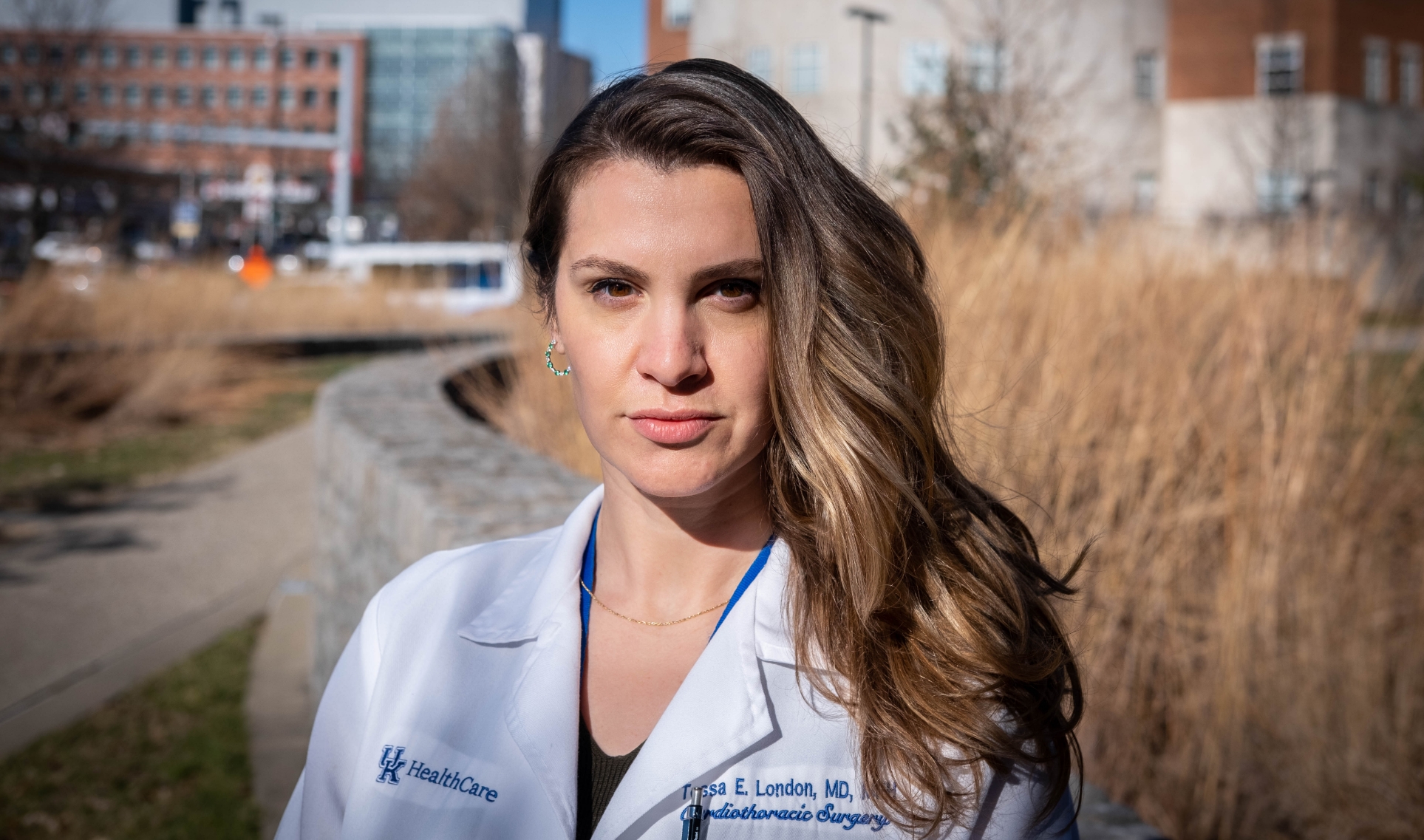 “It is an amazing privilege to be able to open someone’s chest and touch their heart,” said Dr. London-Bounds.

“It’s personalized to the patient, and the patient’s myocardium [heart muscle] and what it needs,” said Dr. London-Bounds. “Sometimes you need to have extra bypasses to make sure that one area that supplies a large muscle in the heart gets enough blood supply to function. He had a lot of blockages in the blood vessels that feed the muscle of his heart.” 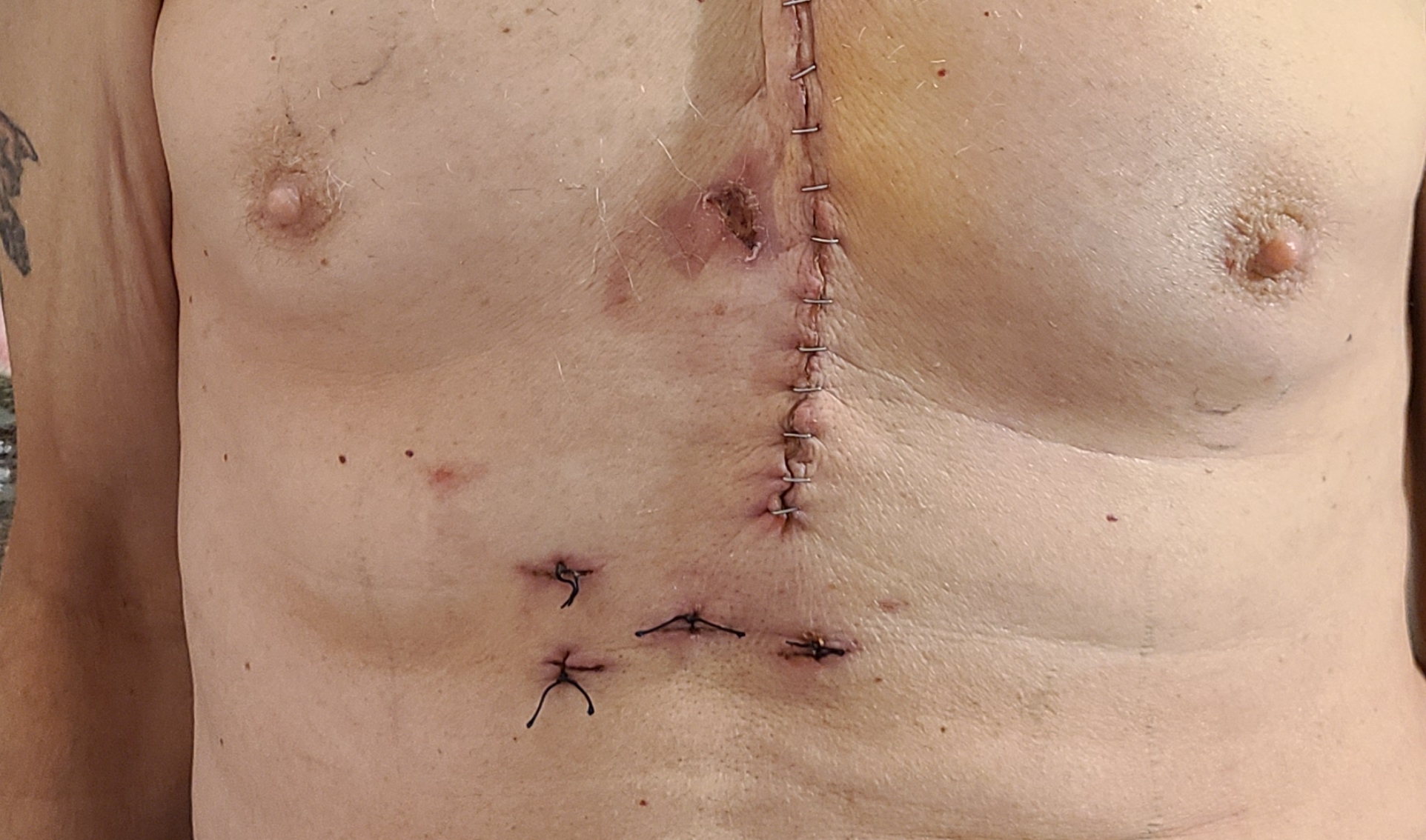 One of Andy’s blocked arteries is commonly known as “The Widowmaker” because it has a 20% survival rate.

In Andy’s case, he didn’t just need one or two extra bypasses. He needed five—a rare and complex quintuple bypass, as Dr. London-Bounds explained to Andy after his procedure. 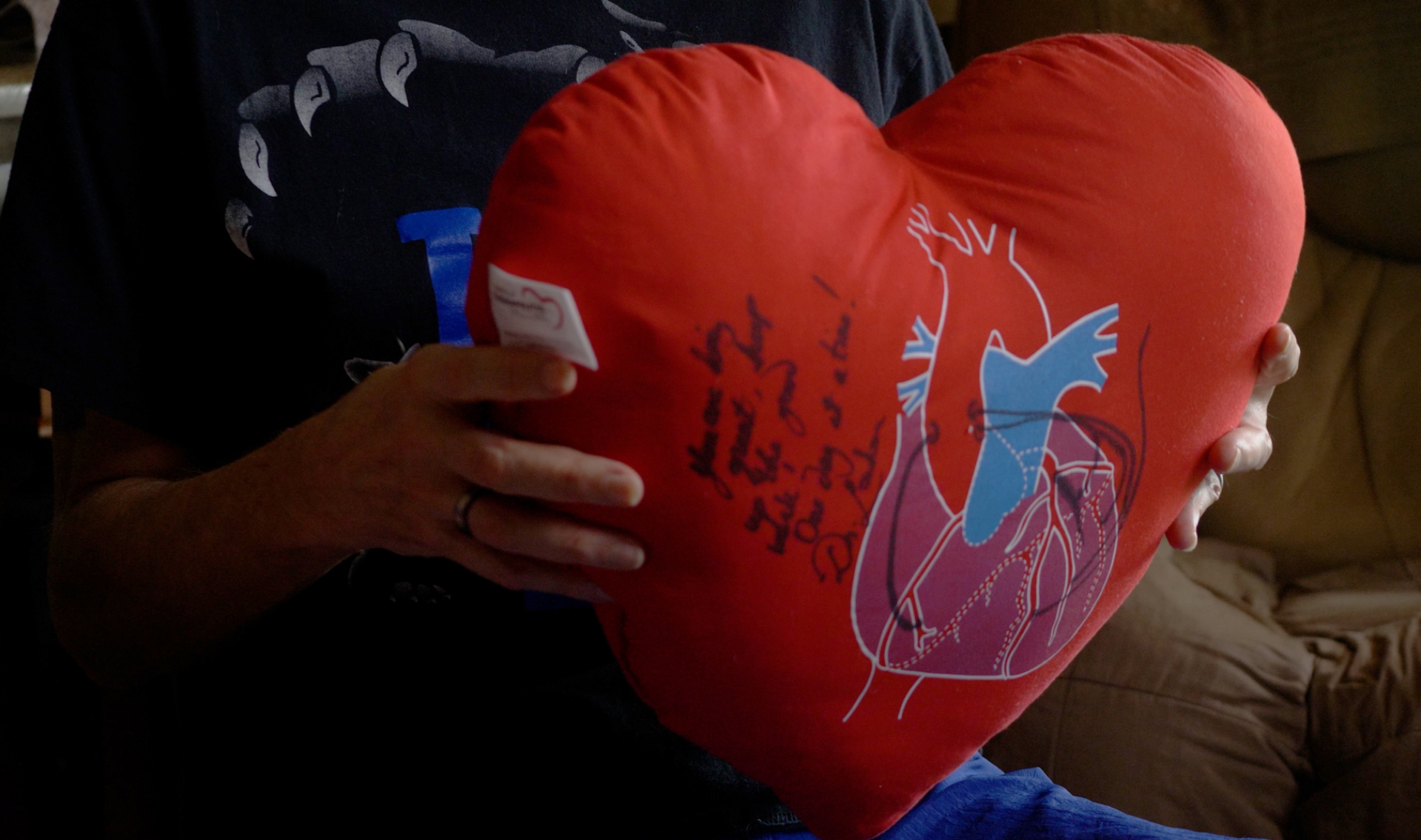 Andy plans on putting his pillow—with a note from Dr. London-Bounds—in a shadowbox.

“There’s a pillow they have for cardiovascular surgery—you hold it on you if you have to cough or sneeze, so it doesn’t hurt as bad,” said Andy. “When Dr. London came to visit me, I asked her, can you tell me what you did, where the bypasses were and so forth. And she took a Sharpie and drew where the bypasses were, and wrote me a nice little note: ‘You’re doing great. Keep up the good work, one day at a time.’” 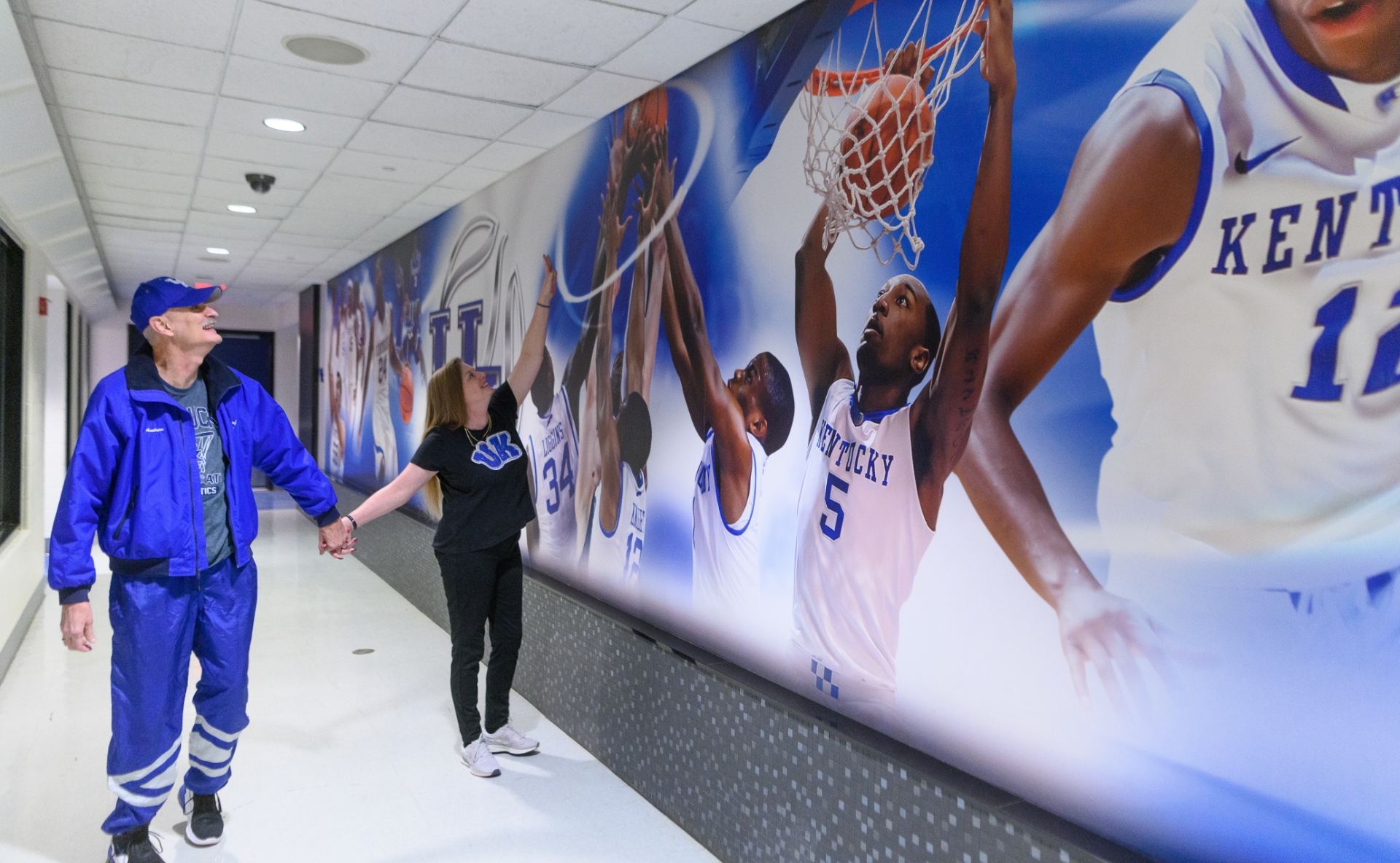 After Andy’s recovery, he and Julie had the opportunity to tour Rupp Arena.

Andy kept up the good work, from his recovery on the cardiac floor at UK HealthCare through three months of rehab. Thanks to Gill Heart & Vascular Institute’s affiliate relationship with Frankfort Regional Medical Center, Andy was able to do most of his follow-up care close to his and Julie’s home. The ties between the two institutions are remarkably close—his cardiologist, Dr. Gbolahan Ogunbayo, even studied under Dr. London-Bounds. 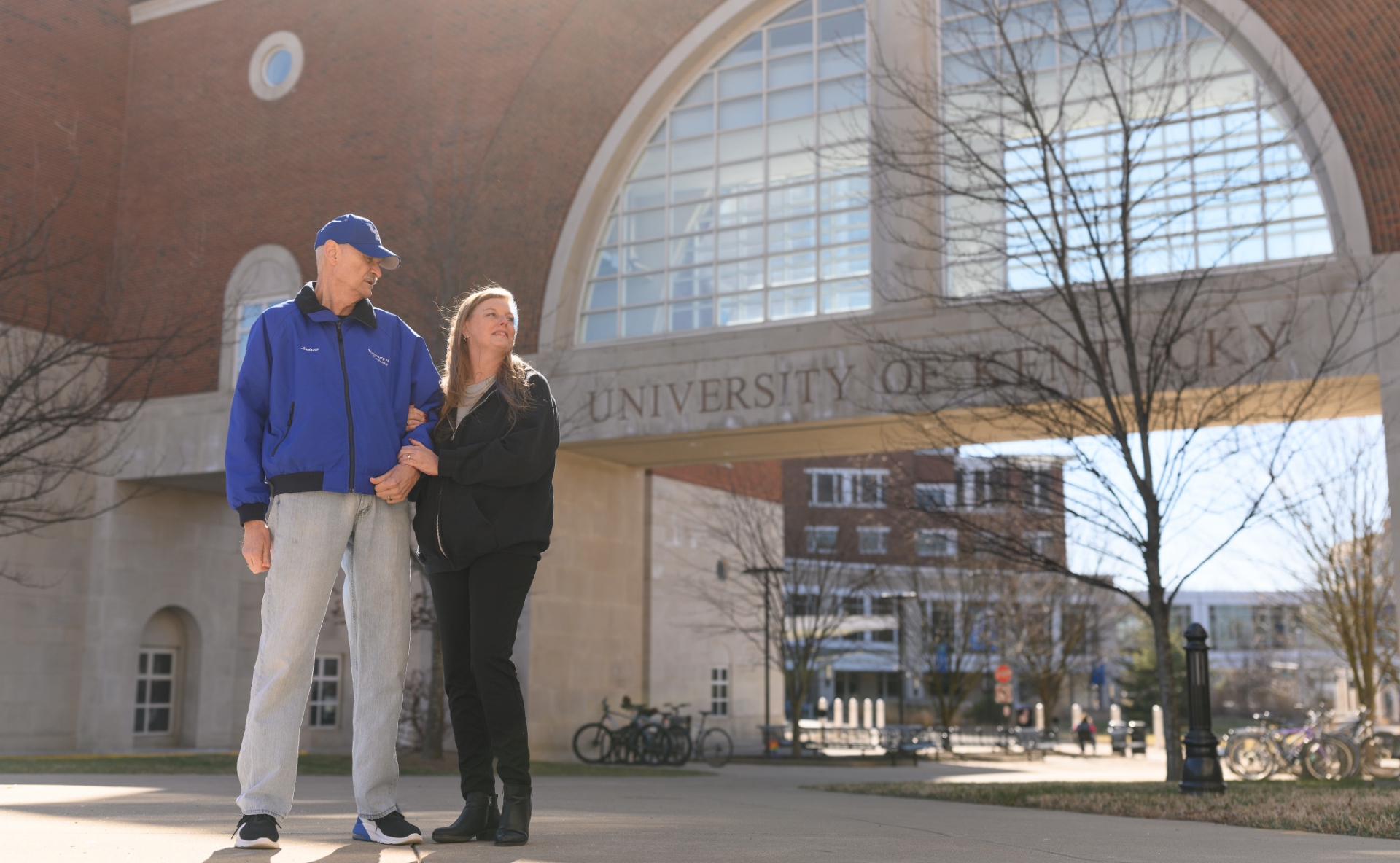 “It was so much more convenient to be able to [get treated] locally than to travel,” said Julie.

“With UK HealthCare being a teaching hospital, you’re going to have to best of the best there teaching our new doctors coming in,” said Julie. “A lot of people I know that have had scary surgeries have gone through UK HealthCare, and have all come out the other side.” 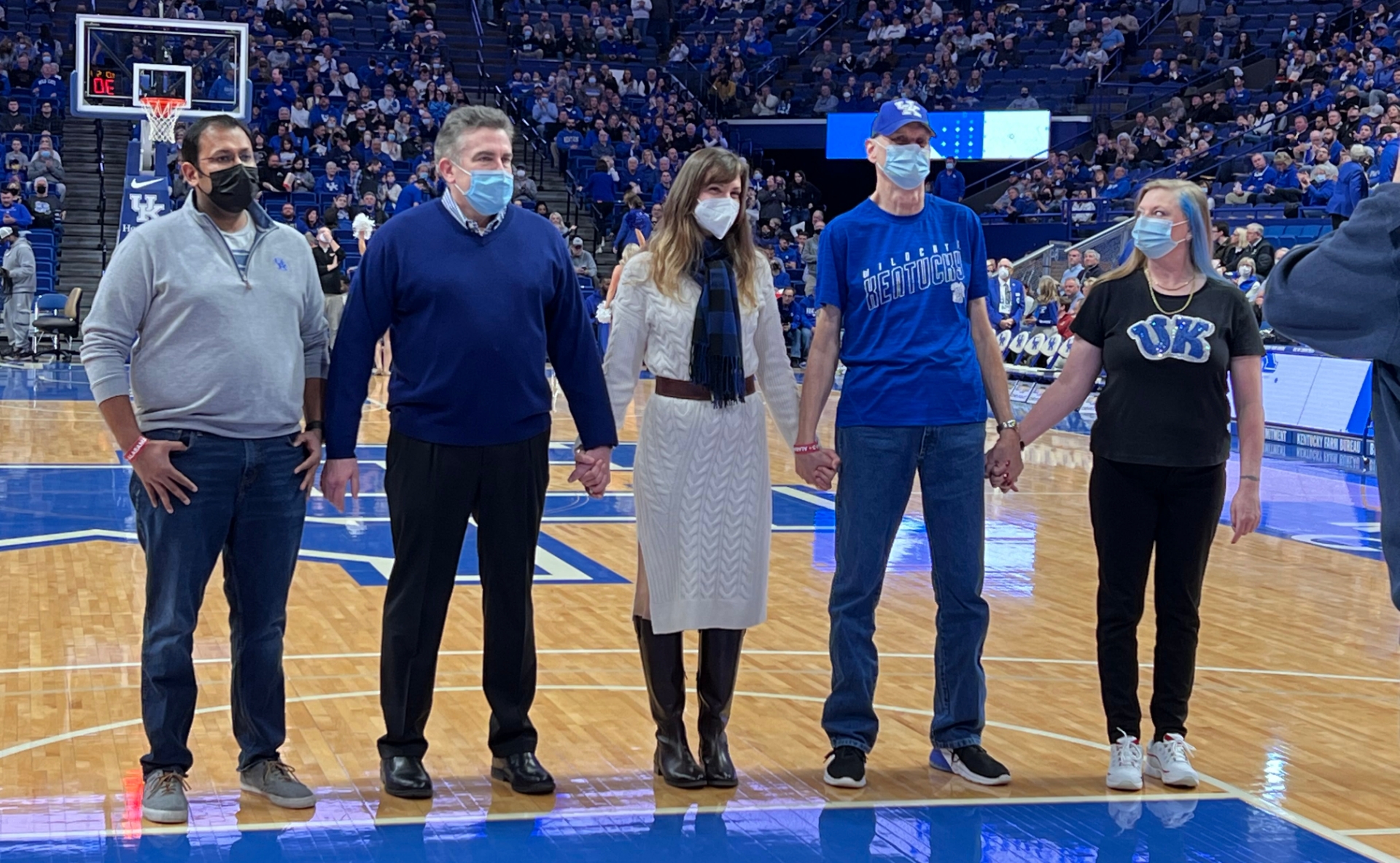 “​​It’s not about just doing the operation and then them going home,” said Dr. London-Bounds. “It’s about working with the cardiologist and therapists before we even get to the operating room. Postoperatively, the patients are able to go to a floor that’s dedicated to cardiac surgery. After they leave the hospital, they come back to see us, and then we’re able to connect them with cardiac rehab and reconnect with their cardiologists. It’s a full journey.” 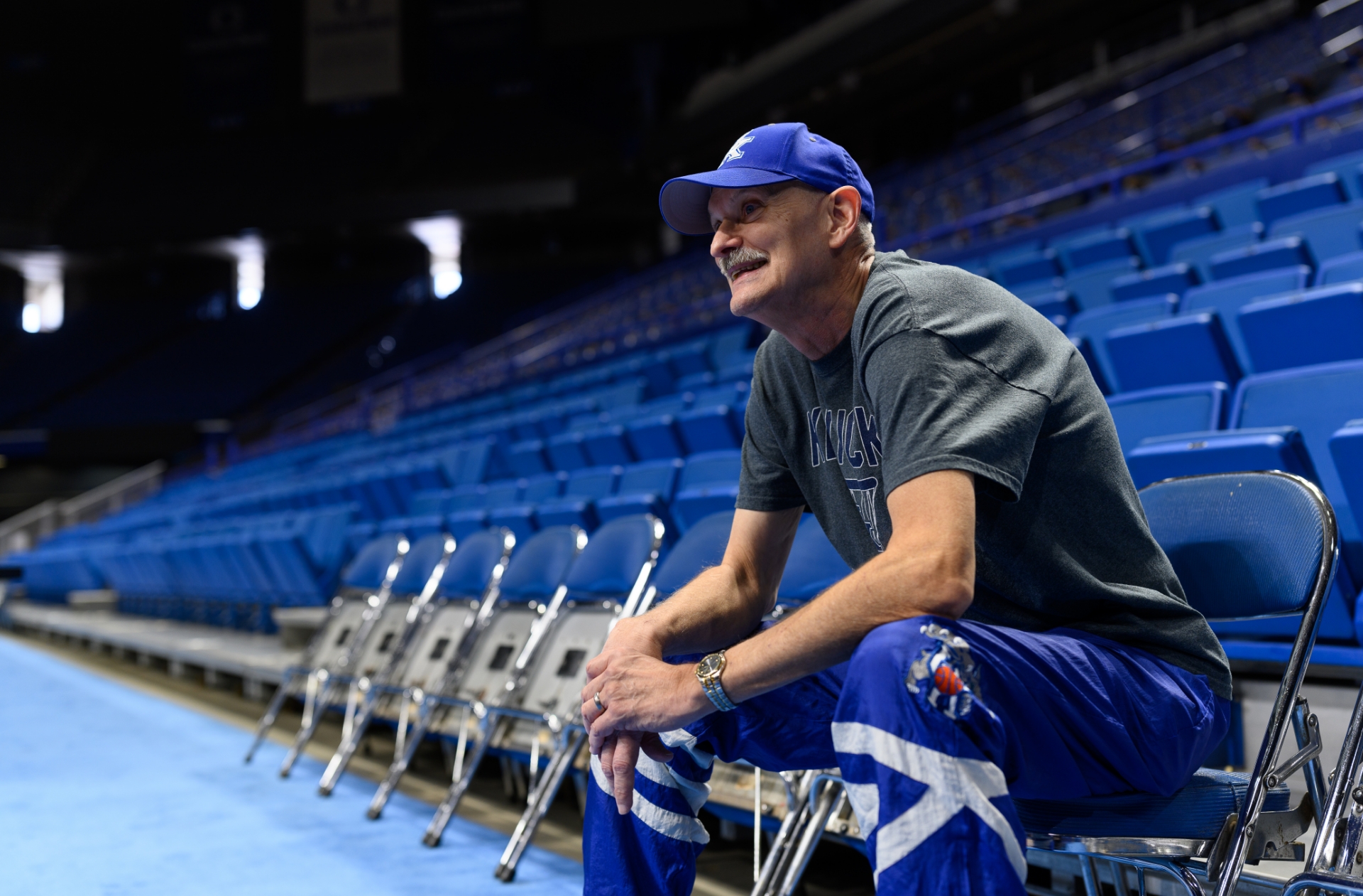 “I'm just grateful to be alive,” said Andy. “And to spend the rest of my life with my wife.”

The Mysterious Case of the Wooden SpoonEmergency Services, Pediatric Services