“It was literally an out-of-body experience—to see this machine on the side of the hospital bed, breathing for your four-year-old. She was on the brink of death.”

That’s how Ann Cook remembers the night she almost lost her daughter Cate. “Cate the Great,” as she became known during her 26-day stay at UK HealthCare’s Kentucky Children’s Hospital, was intubated and struggling to breathe. She was fighting a rare disease called Hemolytic Uremic Syndrome (HUS) that is most common in children under the age of 10, and is often caused by an E. coli infection. 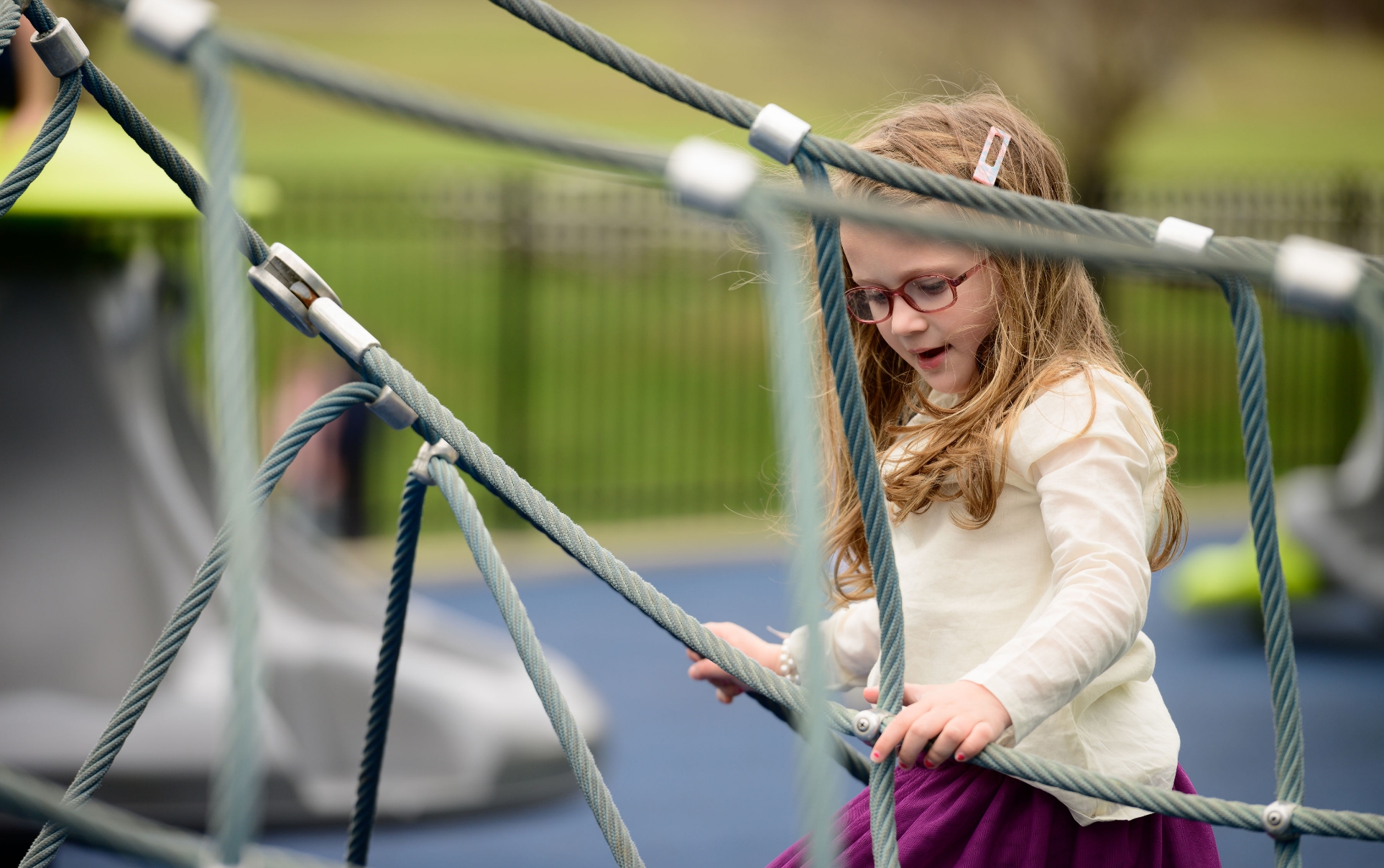 “Before all this she was perfectly healthy,” said Ann.

HUS occurs when the small blood vessels in the kidneys become damaged and inflamed, causing clots to form in the vessels. Those clots then clog the filtering system in the kidneys, resulting in anemia, kidney failure and a host of other problems depending on how the disease interacts with the brain, pancreas, liver and heart.

Prior to being diagnosed with HUS, Cate was perfectly healthy. But then she got a bellyache that resulted in diarrhea, persisting pain and blood in her stool. Her parents knew something wasn’t right. 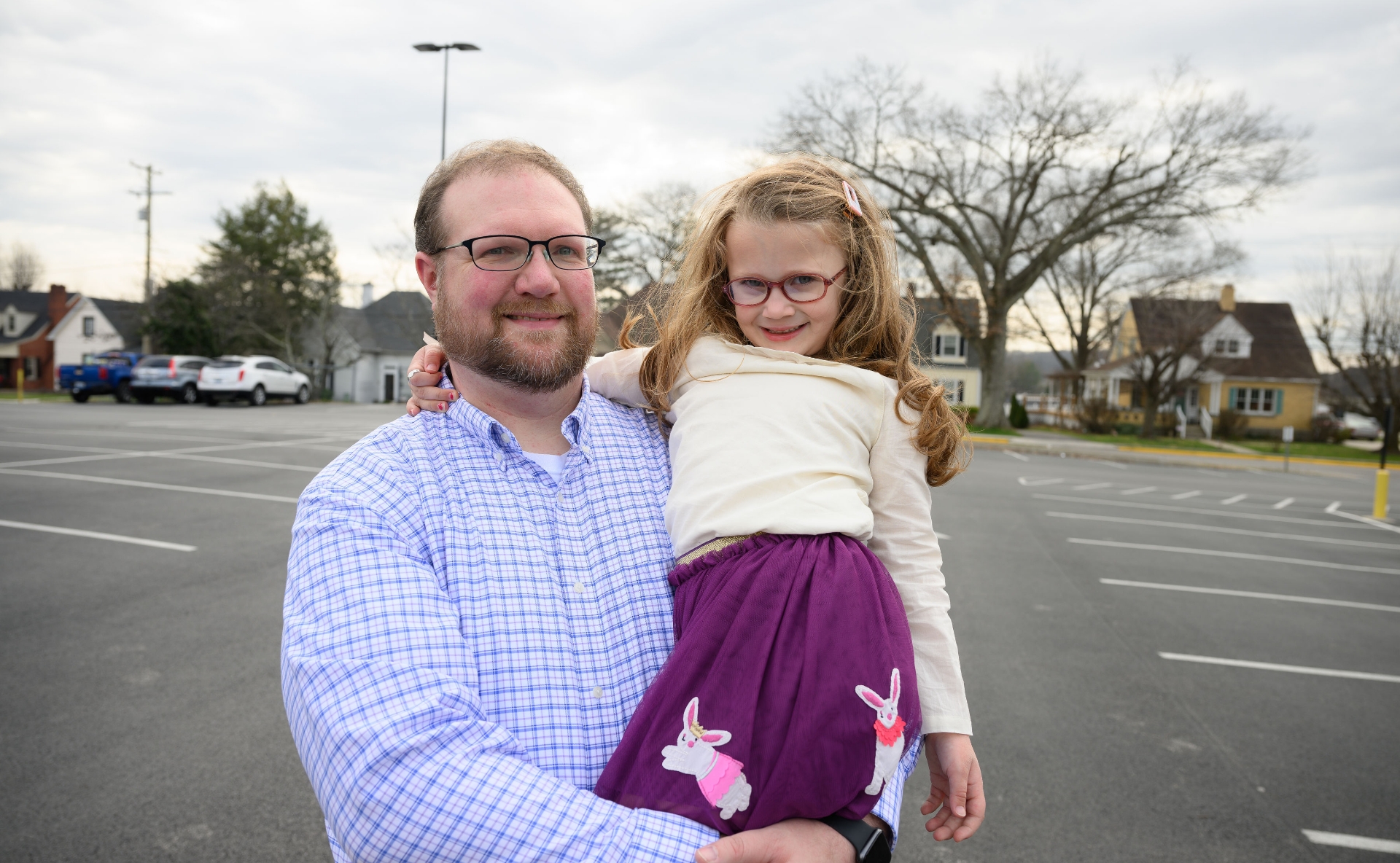 Cate has always been a joyful and energetic child.

“When we saw blood, we took off,” said Ann, who, alongside her husband Jerry and their ten-year-old son Charlie, made the 70+ mile drive from Somerset, Kentucky, to the Makenna David Pediatric Emergency Center at UK HealthCare. Bloodwork confirmed that Cate had an E-coli infection and HUS—but nothing could have prepared her family for what was to come in the coming days and weeks. 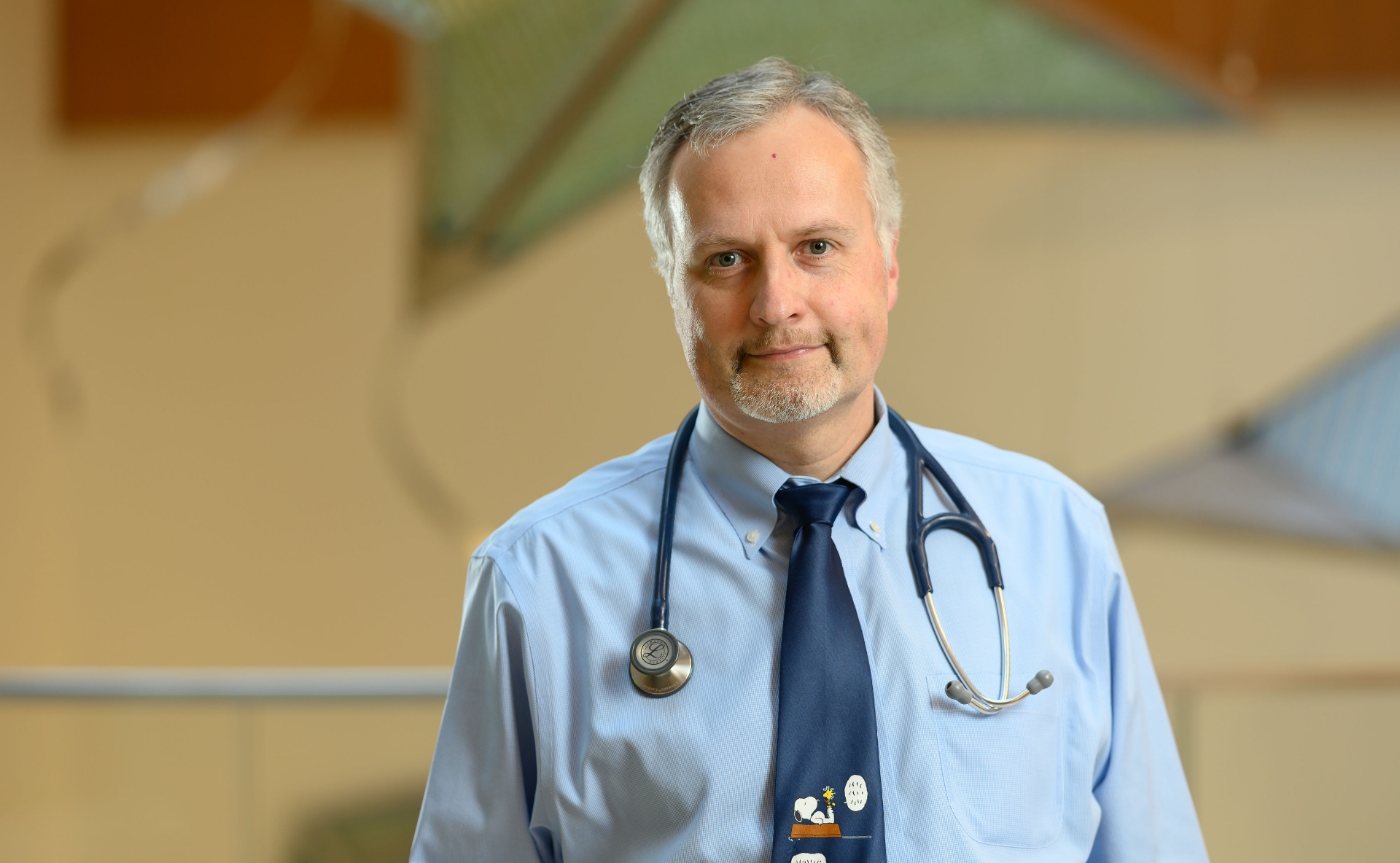 “As a parent of three, I cannot imagine anything more difficult than having a critically ill child,” said Dr. Kiessling.

“For Cate, everything happened very quickly,” said Dr. Stefan Kiessling, the chief pediatric nephrologist at UK. “She was having more than blood cell breakdown and kidney injury. The gastrointestinal and brain involvement made us very concerned that she was much sicker than a large number of patients are.” 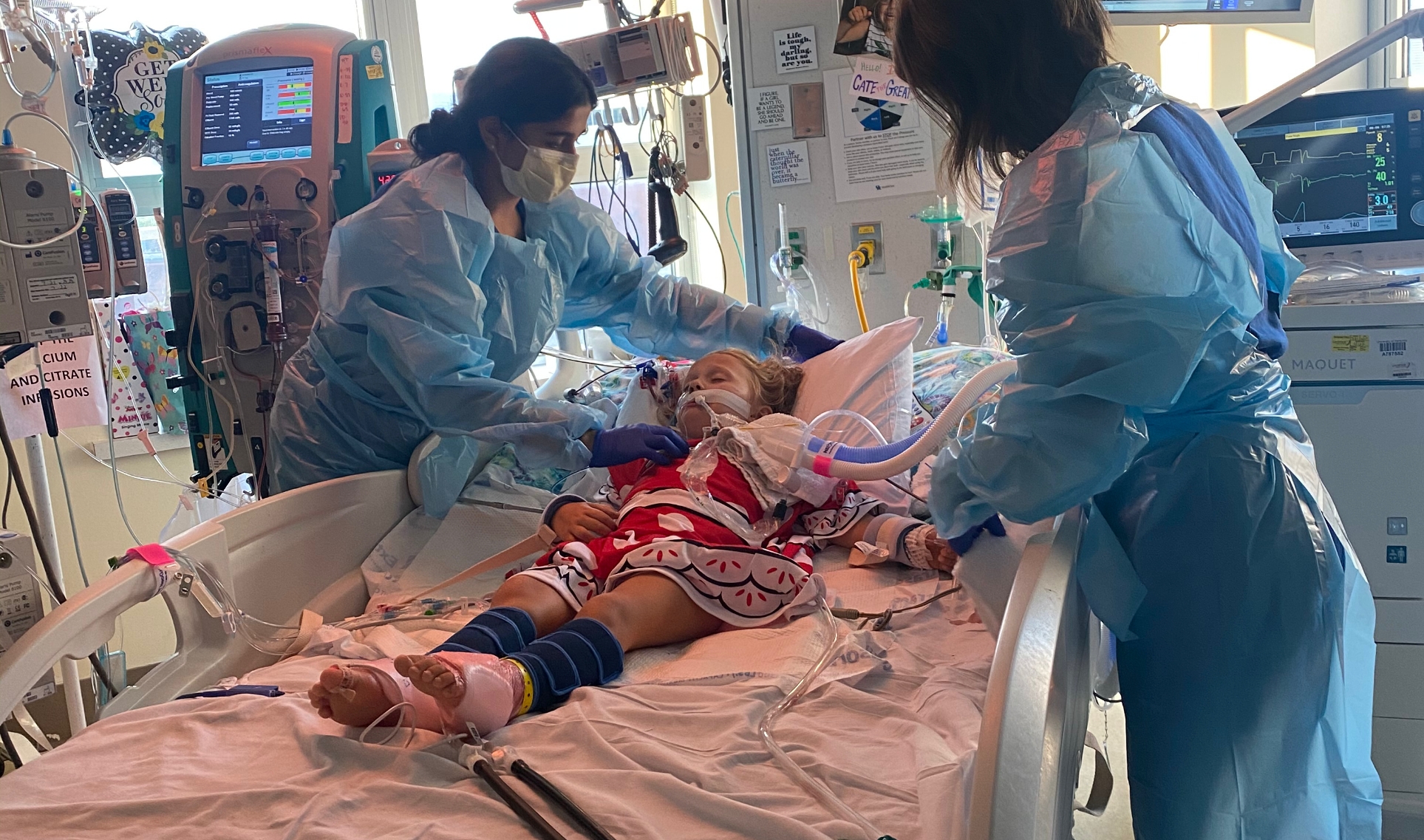 “We could not have felt better about the care she was receiving,” said Ann. “I just felt so confident in the team.”

“It’s just like God himself put Dr. Kiessling in our path at that time, because he could not have been more perfect,” said Ann. “Probably every patient feels like that, but he guided us through every step of what to expect, and in the most gentle way. Somehow we had him for the first 10-plus days—I now know how their rotations work, and that was very odd for us to have been lucky enough to have had him for that duration, during her most dire time.” 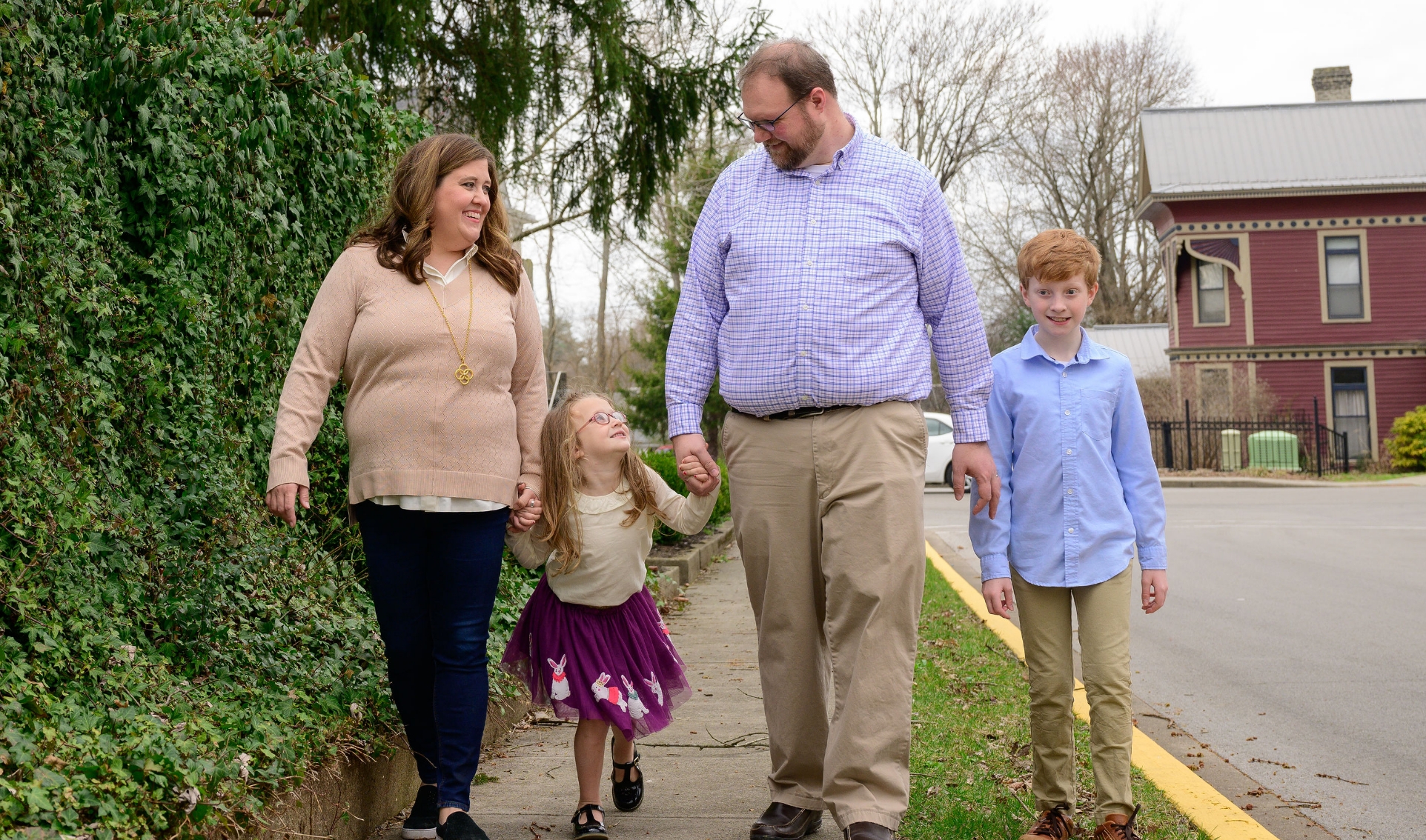 “This experience has changed all of our lives,” said Ann.

Day after day, Cate’s condition continued to worsen. On top of everything, she also developed pancreatitis—a life-threatening disease on its own. Combined with her HUS symptoms, it meant she needed even more advanced care. 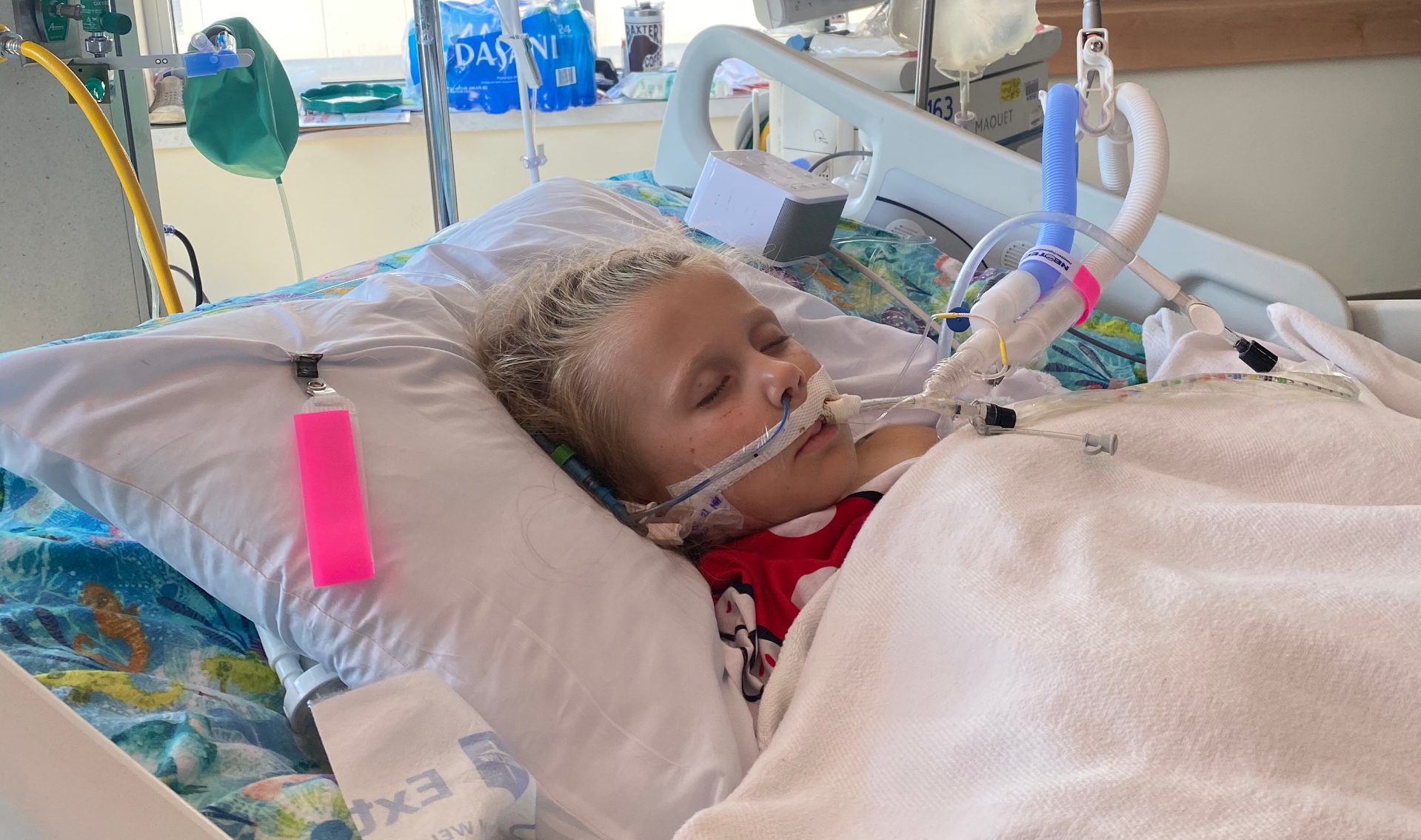 “It felt like a rollercoaster the whole time we were there,” said Ann.

“It was 1:30 a.m. and we were sitting outside of the pediatric intensive care unit,” said Ann. “They had her intubated, which is terrifying because they had to paralyze her to do the procedure. She’s paralyzed and on a ventilator, and they are about to start dialysis. There were no less than 15 medical professionals standing there, just staring, because it’s such a delicate thing to turn that dialysis on when she’s in such a fragile state. They were waiting for it to crash.” 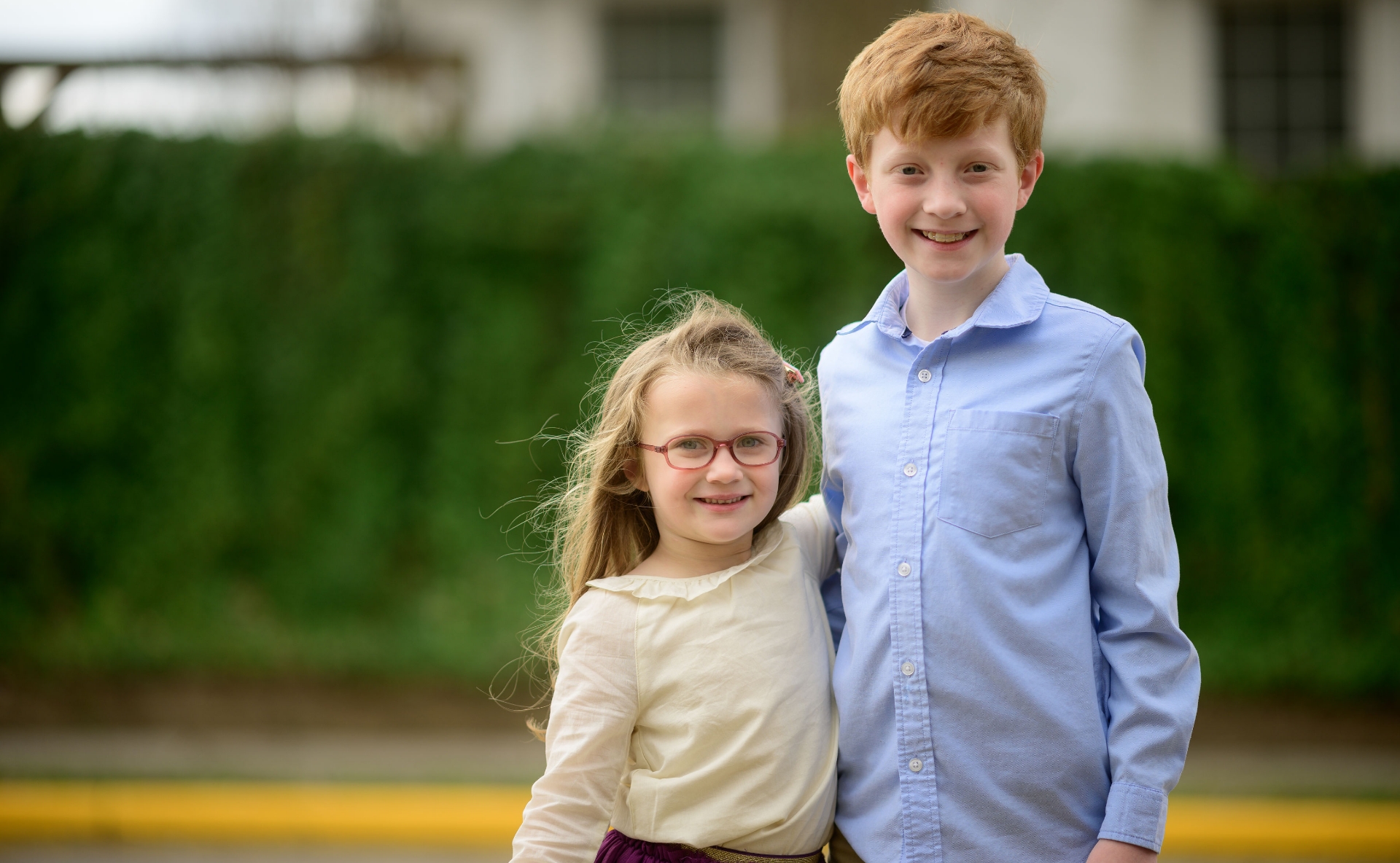 Cate’s health scare brought her and her older brother, Charlie, even closer together.

But Cate didn’t crash. Slowly but surely, she started to recover. Through continuous monitoring and around-the-clock care provided by the nurses, ancillary staff and physicians at Kentucky Children’s Hospital, her health improved little by little each day. She began to make urine on her own—perhaps the biggest relief. And the spunk and energy she was known for started to come back. 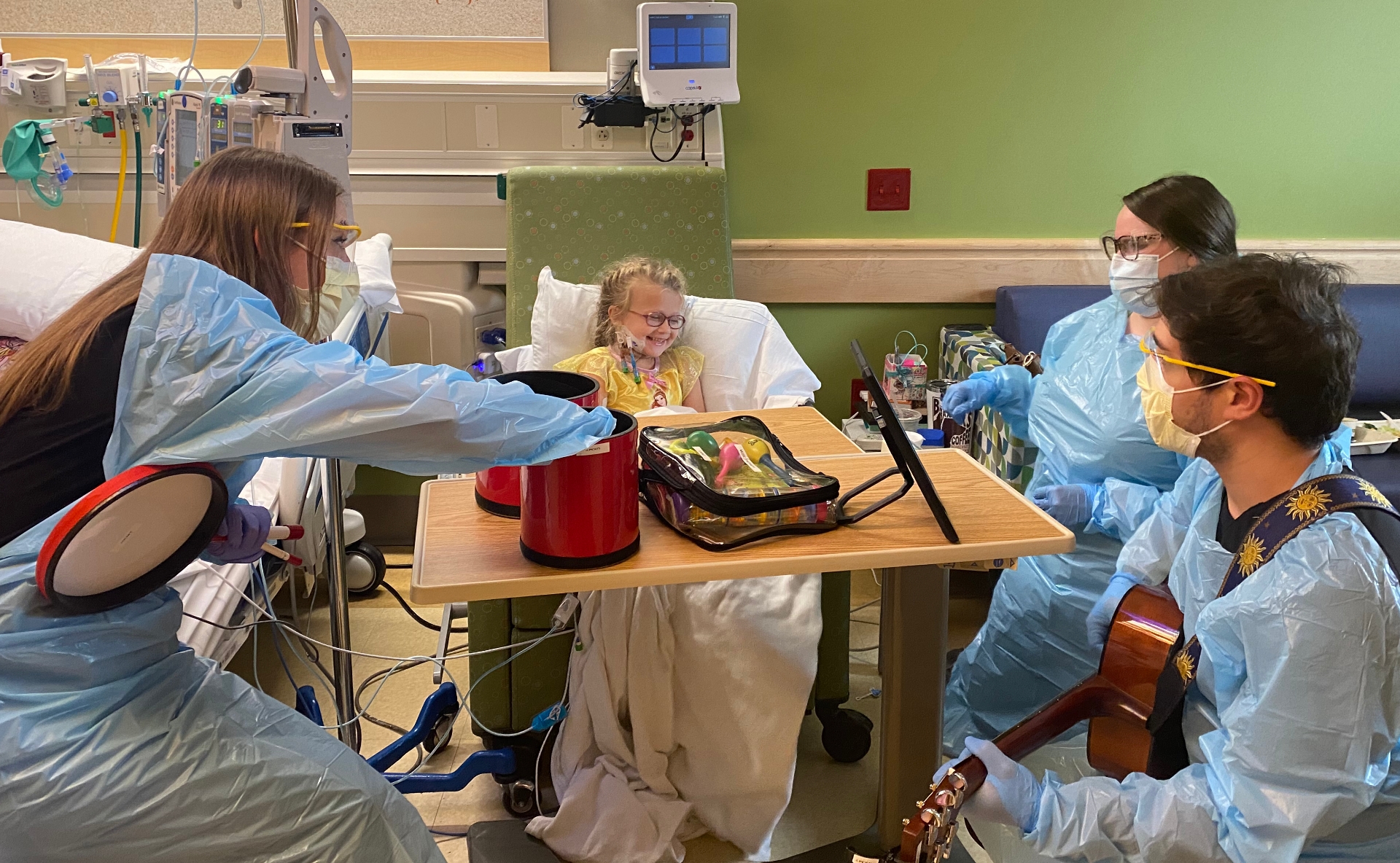 “When Child Life came in, it was the first time I saw her smile in three weeks,” said Ann. “Like a true, actual smile.”

“When the Child Life team came in, it was such a good day,” said Ann. “It was all about Cate. I think they would have stood on their heads just to make her laugh.”

From the moment the Child Life team arrived, the room lit up with song and dance, all centered on Cate. It was the first time in three weeks Ann saw her daughter smile. And when Cate was finally released to go home after 26 long days, the smile the Cooks knew and loved fully returned—but with an extra special gleam. 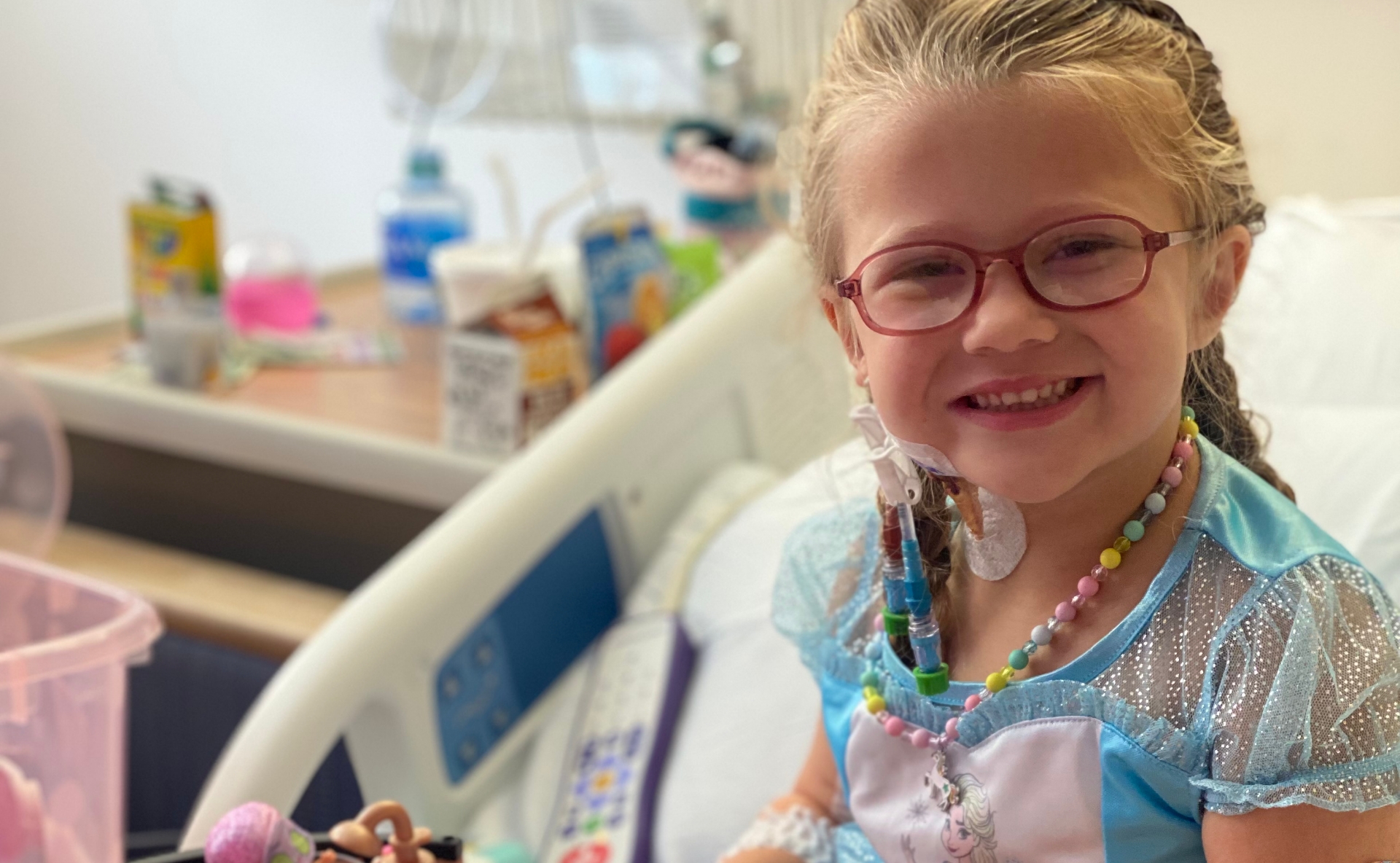 “The Cate we left the hospital with is exuberant and full of life. She is the bravest girl, and without knowing the severity of it, she knows what she overcame. She came home with so much joy after a traumatic, life-changing experience, and never once has asked, ‘Why did this happen to me?’” 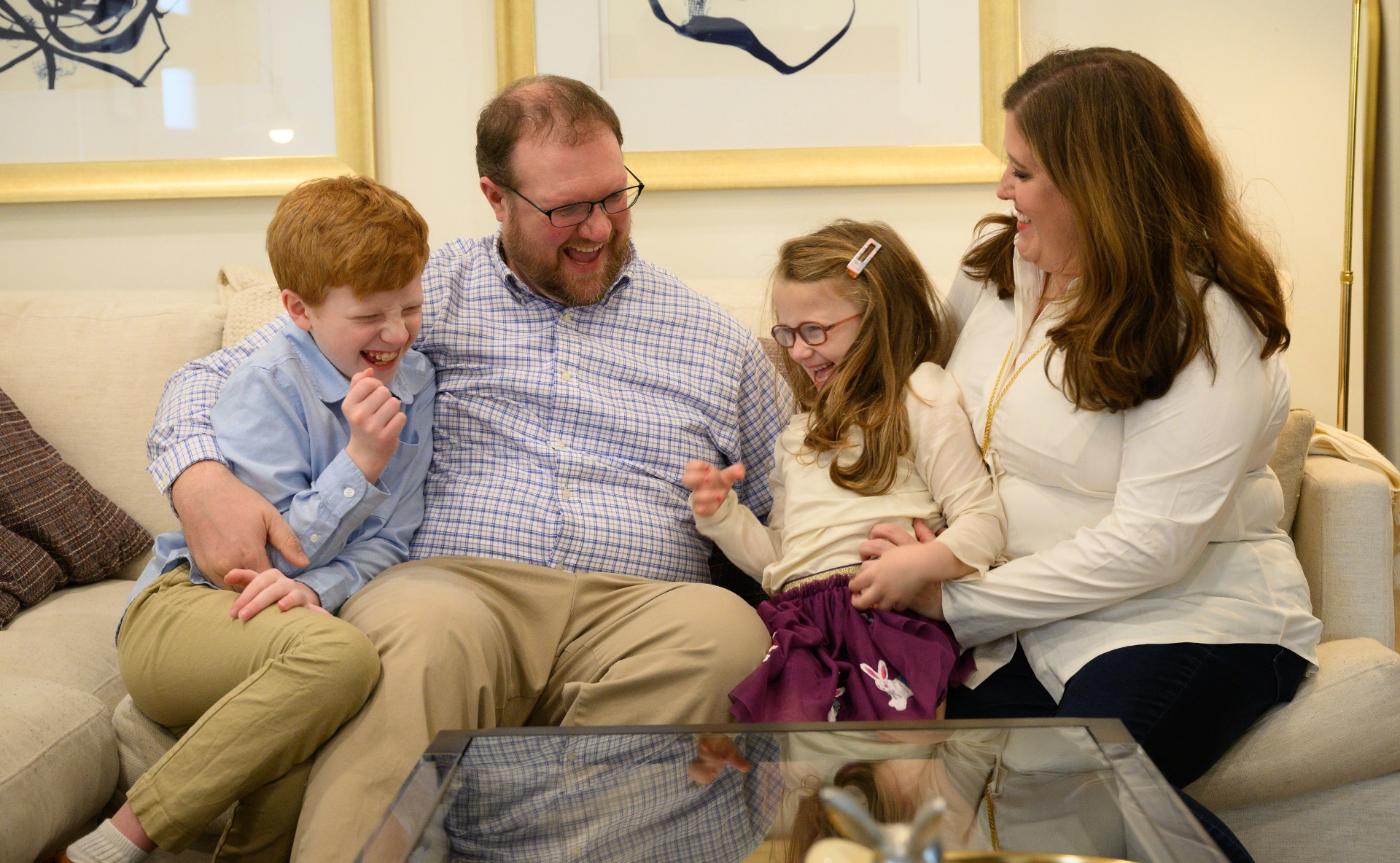 “This has taught me to be happier every day [and appreciate] what we have in front of us,” said Ann.

And now, behind those little glasses, that bravery and resilience is forever embedded in her name. To her family, friends and the team that cared for the brave girl they’ll never forget, she’ll always be “Cate the Great.” 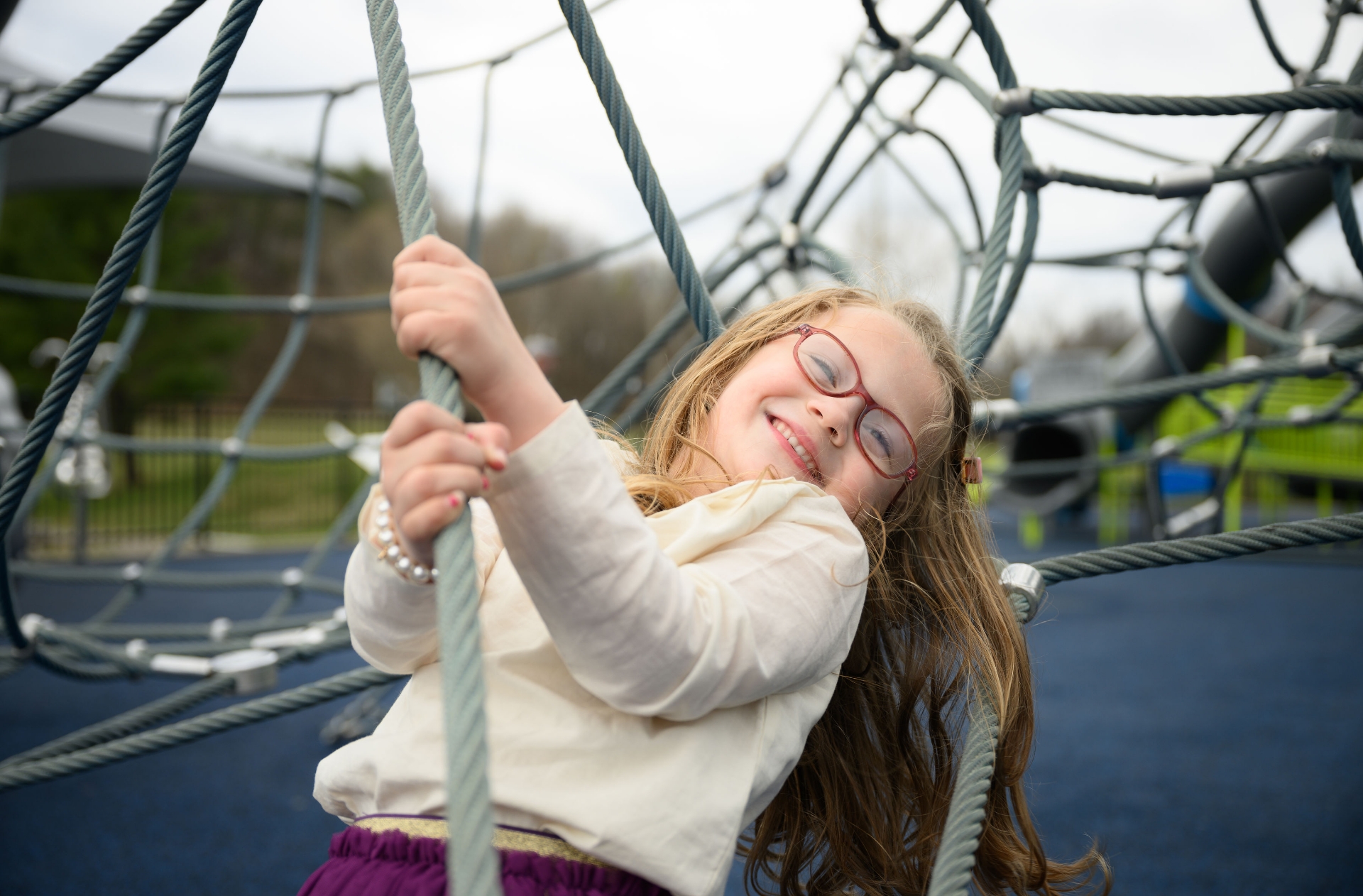 “She is just exuberant and full of life,” said Ann. “She is happy.”

“Nobody else is doing this around here.”Cancer, Pediatric Services

“I’d already been through one miracle.”Emergency Services, Heart