“We’re in this together, and we always will be.”

“As I did in work, I followed in [my father’s] footsteps as far as health goes. He developed diabetes, had kidney issues, and that was his demise. As I got a little older, I developed a little blood sugar issue and Type 2 diabetes, and I started trying to work on it—but it kind of took over.” 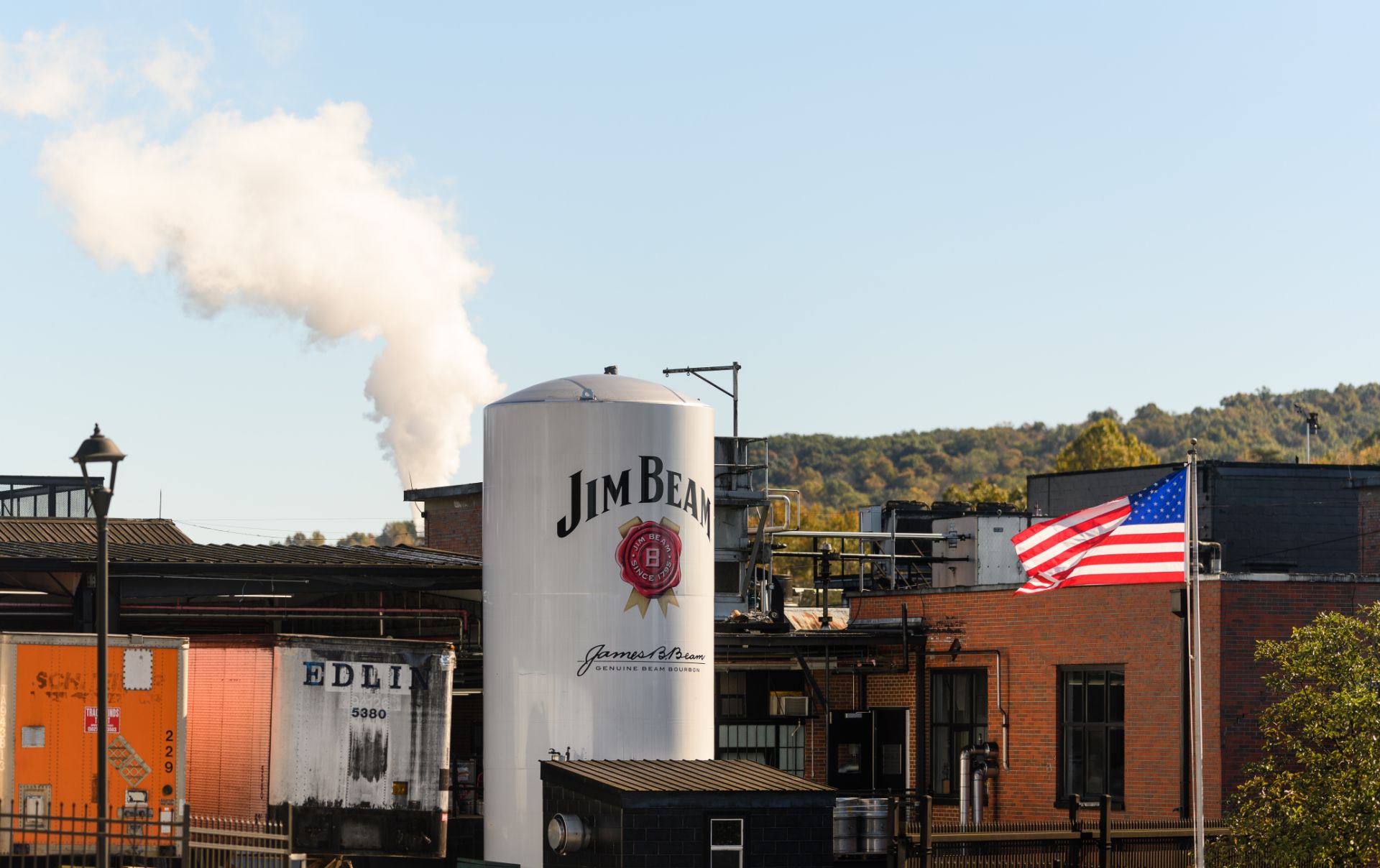 Making Kentucky bourbon is a Noe family tradition that goes back 225 years.

Fred Noe understands legacies. The great-grandson of Jim Beam and the seventh generation in his family to serve as Master Distiller at the James B. Beam Distilling Company, Fred grew up watching his father run the distillery. He also watched his father’s health decline as he was diagnosed with diabetes and kidney failure and went through dialysis before passing away. So when Fred developed health issues that mirrored his father’s, he didn’t want to follow the same path.

“I did more than my father did [to treat it],” said Fred. “But my kidney function started declining.”

Fred sought care at the Nephrology Associates of Kentuckiana, a large nephrology practice that maintains a close working relationship with the UK HealthCare’s Transplant Center. The practice referred him to Dr. Malay Shah, Surgical Director of the Liver Transplant Program at UK HealthCare and a kidney transplant specialist.

“I didn’t think at my age—I said, well, you’re not going to give a kidney to a guy who’s 64 years old. But Dr. Shah said, ‘Oh, you’ve got plenty of life left in you. We’re going to do some tests and we’ll see if you’re a good candidate.’” 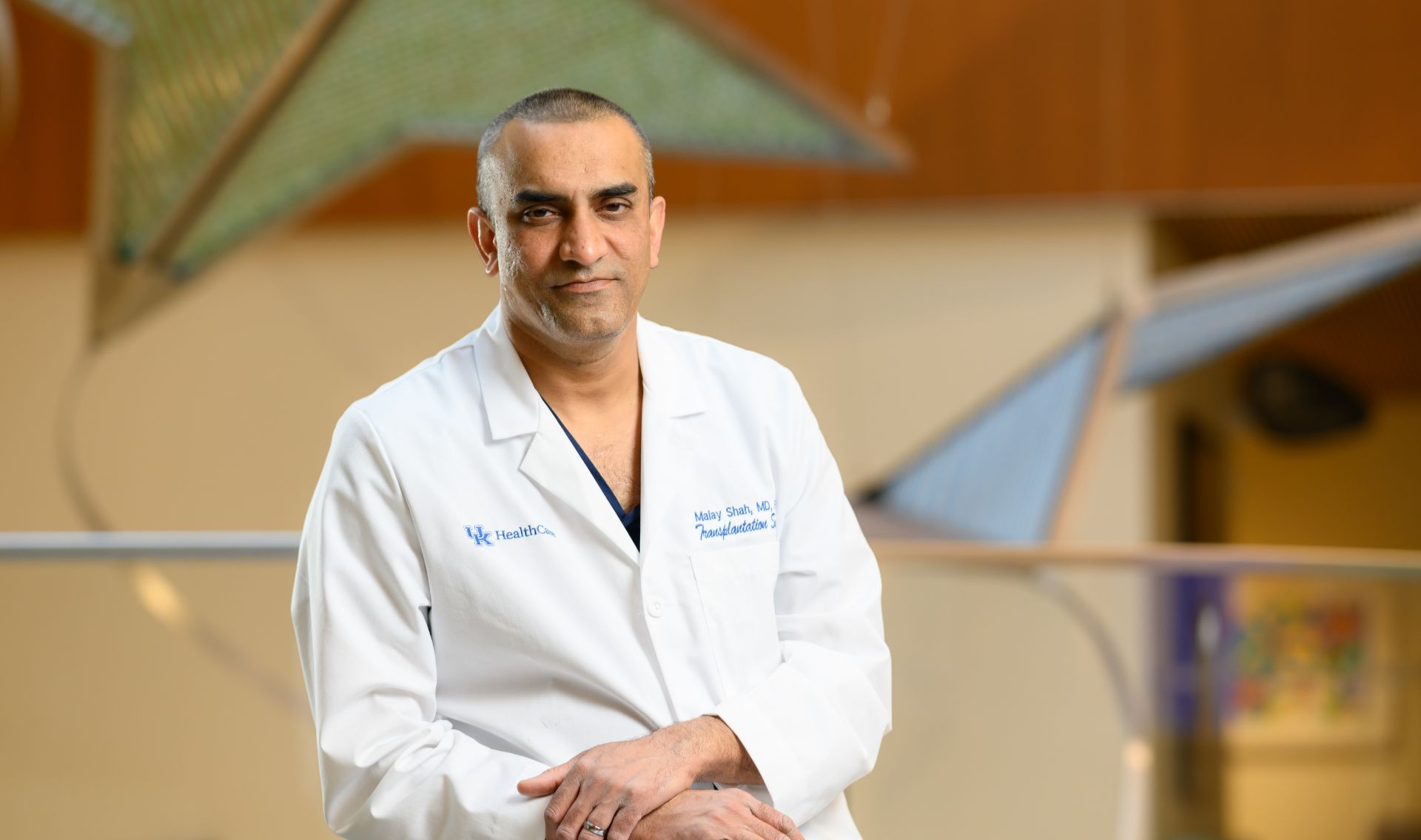 “Dr. Shah and I hit it off talking about bourbon,” said Fred. “All through this, if there was anything I wanted to know, he was always there.”

Preliminary testing showed that Fred was a promising candidate for transplant, kicking off the search for a donor. After his medical team ruled out Fred’s wife and son as potential options, they needed a wider pool of candidates to have the best chance of finding a match.

“Our head of HR, Paula Erikson, she called me one day and said, ‘Fred, would you consider us opening up your search for a kidney to the company? There’s a lot of people around the world that you’ve worked with over your career that I’m sure would love to step up, to help you with a kidney.” 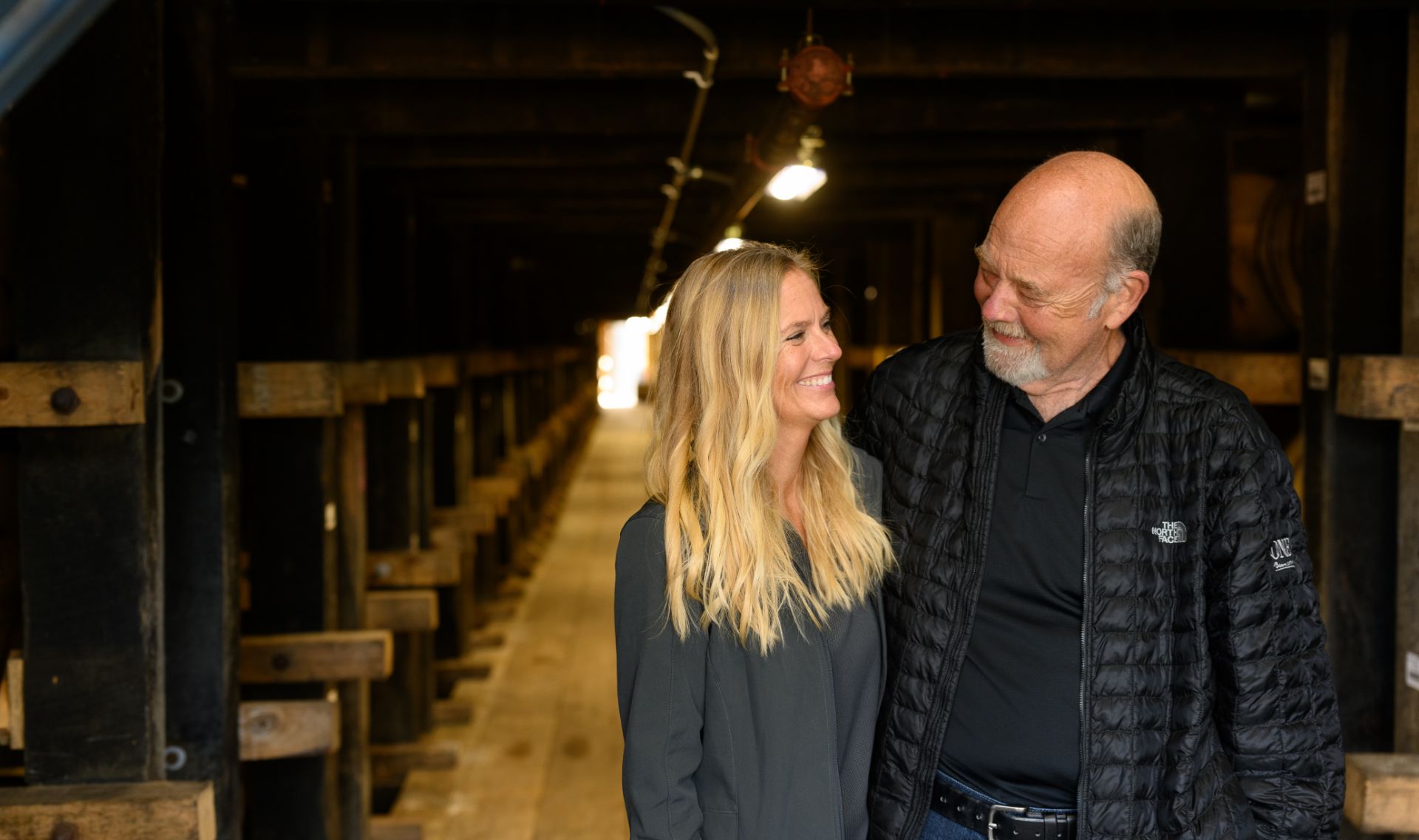 Paula was right. The search started locally, and after sending out emails to Jim Beam’s three Kentucky plants explaining Fred’s situation, several employees expressed interest in becoming his donor. One of those people was Plant Support Coordinator DeeAnn Hogan, who’s been close friends with Fred for more than 25 years. Described by coworkers as “the glue that keeps everything together” at Jim Beam’s two biggest plants, wanting to help her longtime friend was second nature for DeeAnn. 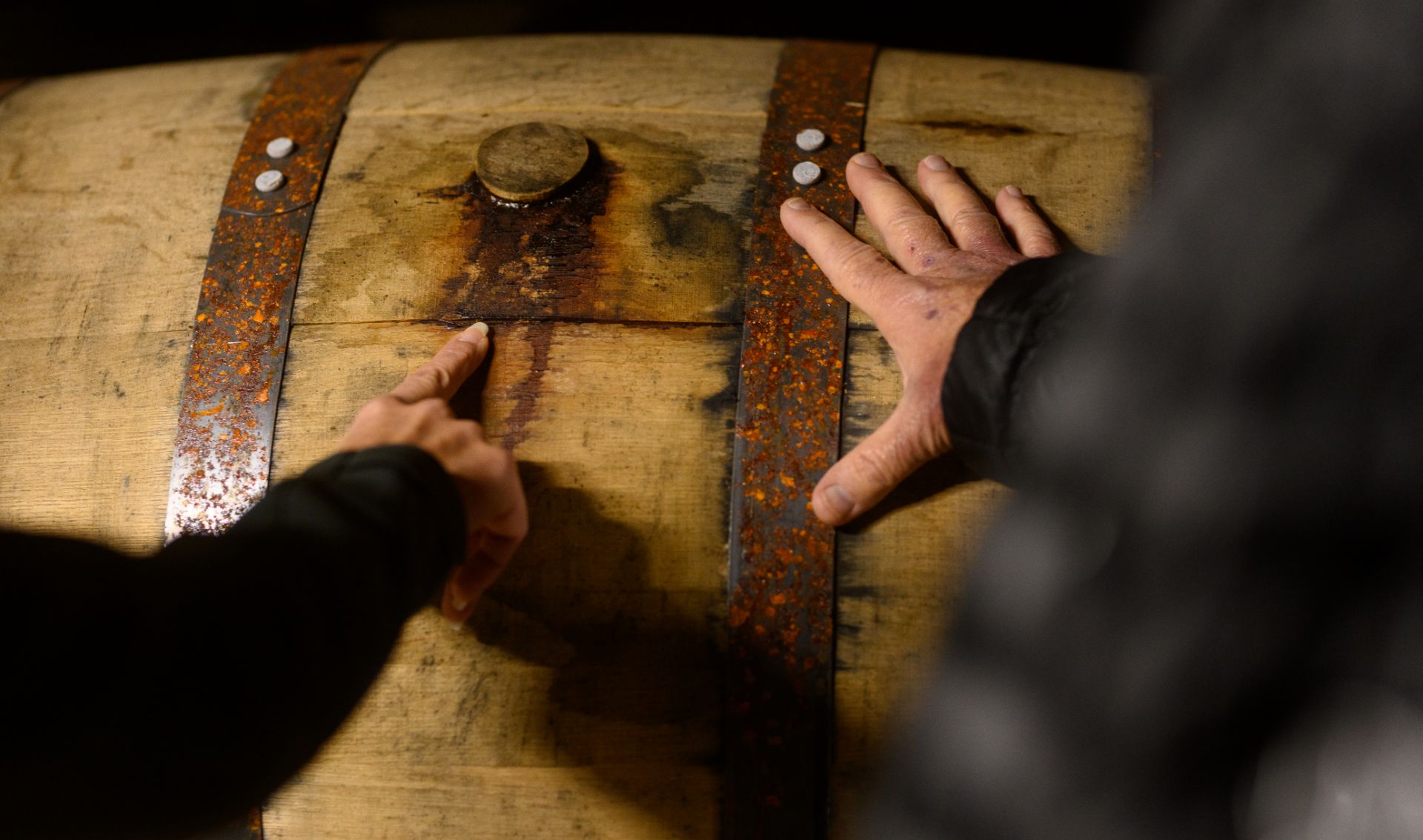 “Fred’s been there with me through the birth of two children and my marriage,” DeeAnn said. “He’s just been my friend and confidant for years. Once I heard [he needed a kidney], I kept saying, ‘Fred, what’s your blood type?’ When he said ‘I’m A positive’—I’m A positive too, and I thought, ‘That’s our first sign.’”

“Out of the blue, DeeAnn gave me a call and said, ‘I’m going to be your donor.’ I said, ‘What?’ She said, ‘Well, the first tests have come back, I’ve been praying on it and thinking about it, it’s going to work. We’re going to be a match.’ And she went on through the testing and sure enough, she became my match, and she gave me a kidney.” 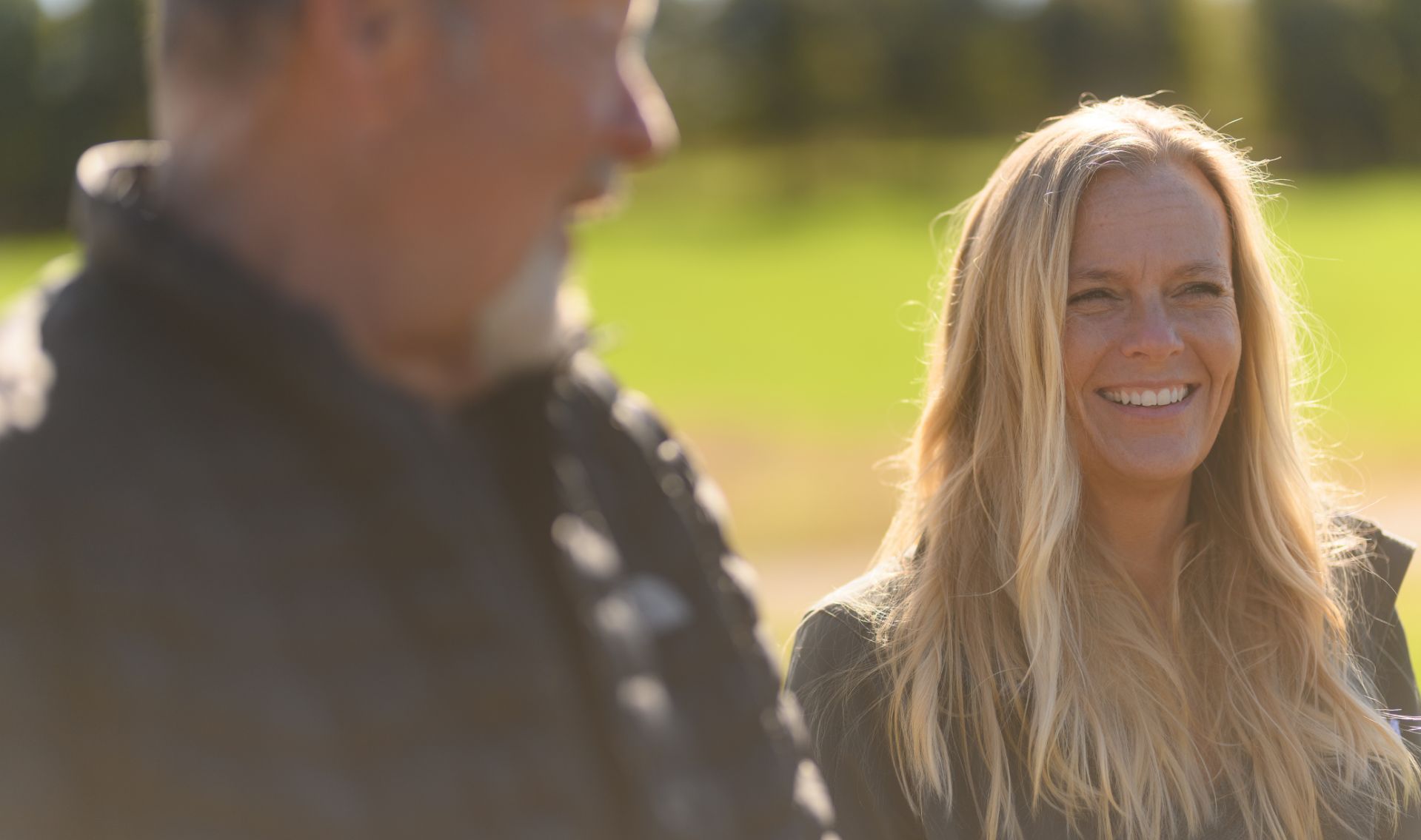 “It did kind of overwhelm me at first,” said Fred. “I couldn’t believe it.”

“I had never been in the hospital one day of my life,” said DeeAnn. “I had my children at home. And so I started asking around, and a coworker’s ex-husband had just done it. She said, ‘He’s doing great, DeeAnn. Five days, he’s up, moving around.’ And I was like, ‘Heck, he’s older than me. I think I could do that too. I’m sure I’ll be fine.’”

Fred and DeeAnn traveled to Lexington for the transplant procedure on April 23, 2021. Both of them were up and walking within days of their surgeries—and since both of them are taking their recoveries seriously and supporting each other through the process, they’re feeling better than ever. 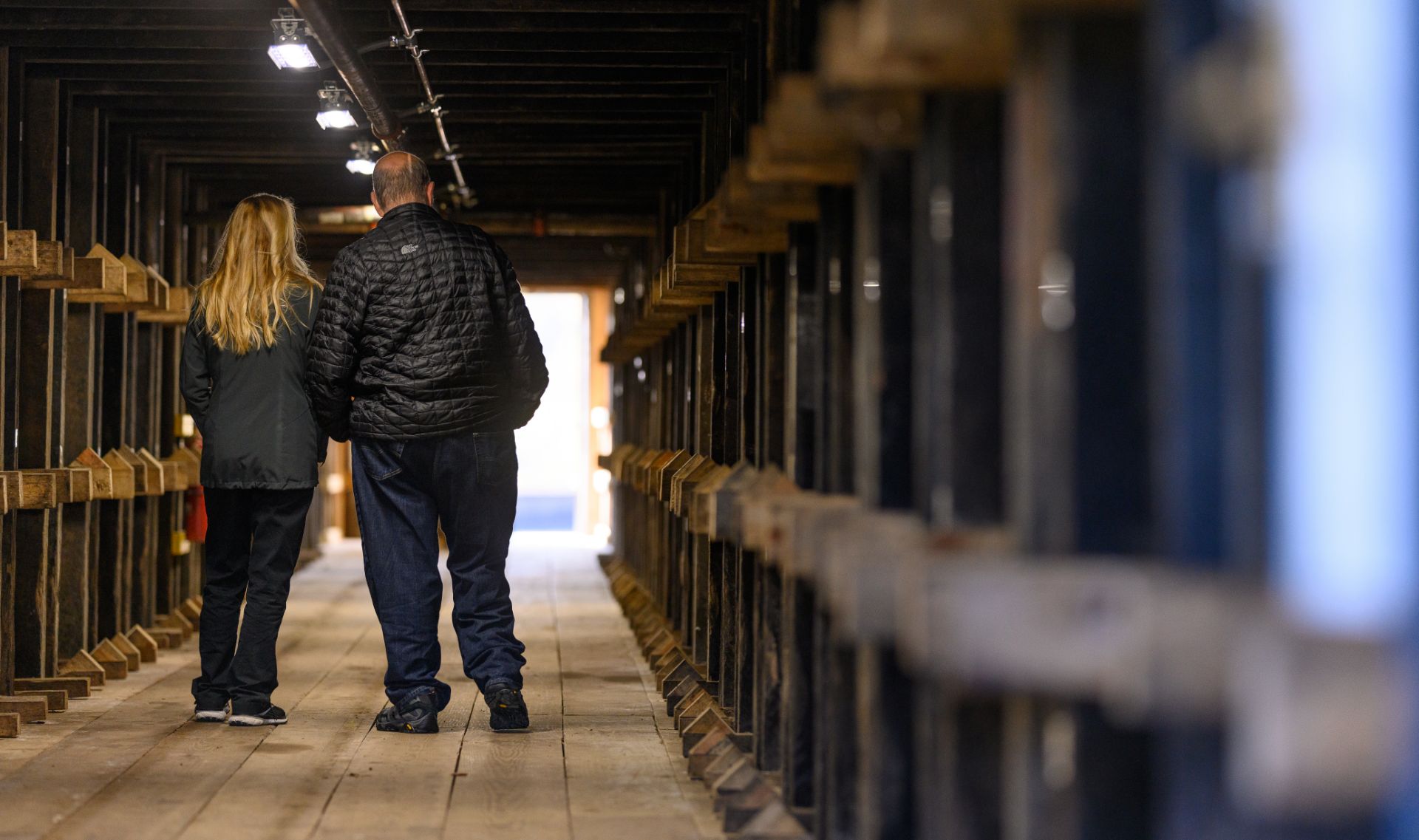 “Never would I have thought the bond Fred and I started would end [up] like this,” said DeeAnn.

“We’re in this together, and we always will be,” said Fred. “The gift she gave me is happiness and good health for the rest of my days. I get a chance to hang out with my grandson—to watch him go into school, hopefully play some ball, learn to drive. If I’d been on dialysis, there’s no way I would’ve seen that.”

“We text every day,” said DeeAnn. “He’ll tell me, ‘Hey, I got my walk in today. I’m drinking water.’ And I’ll say ‘I did too.’ We just check on each other every day. I don’t feel a bit different—I would not know that I gave anything away, besides a few little incisions. I’m good to go.” 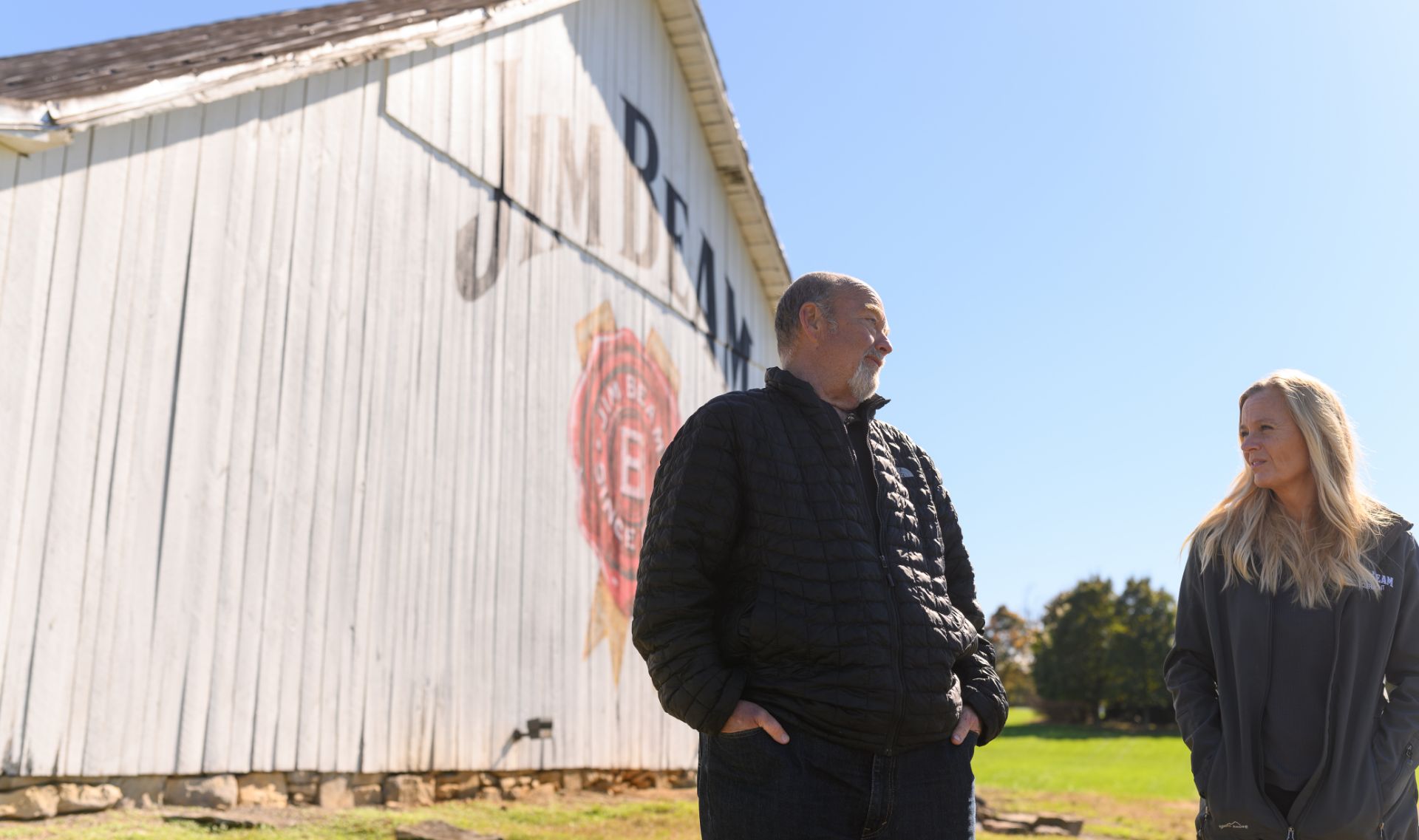 “We will continue to grow and do all the things we want to do for the rest of our lives,” said DeeAnn.

“I couldn’t imagine going anywhere else,” said Fred. “I trust these people, I’ve been with them all through this, from talking about a transplant, to searching for a donor, to getting ready for the transplant, doing the transplant, and post. And I don’t think I could have had a better treatment anywhere in the world. Show me another place that has done an average of two kidney transplants a week and has a 97% success rate.” 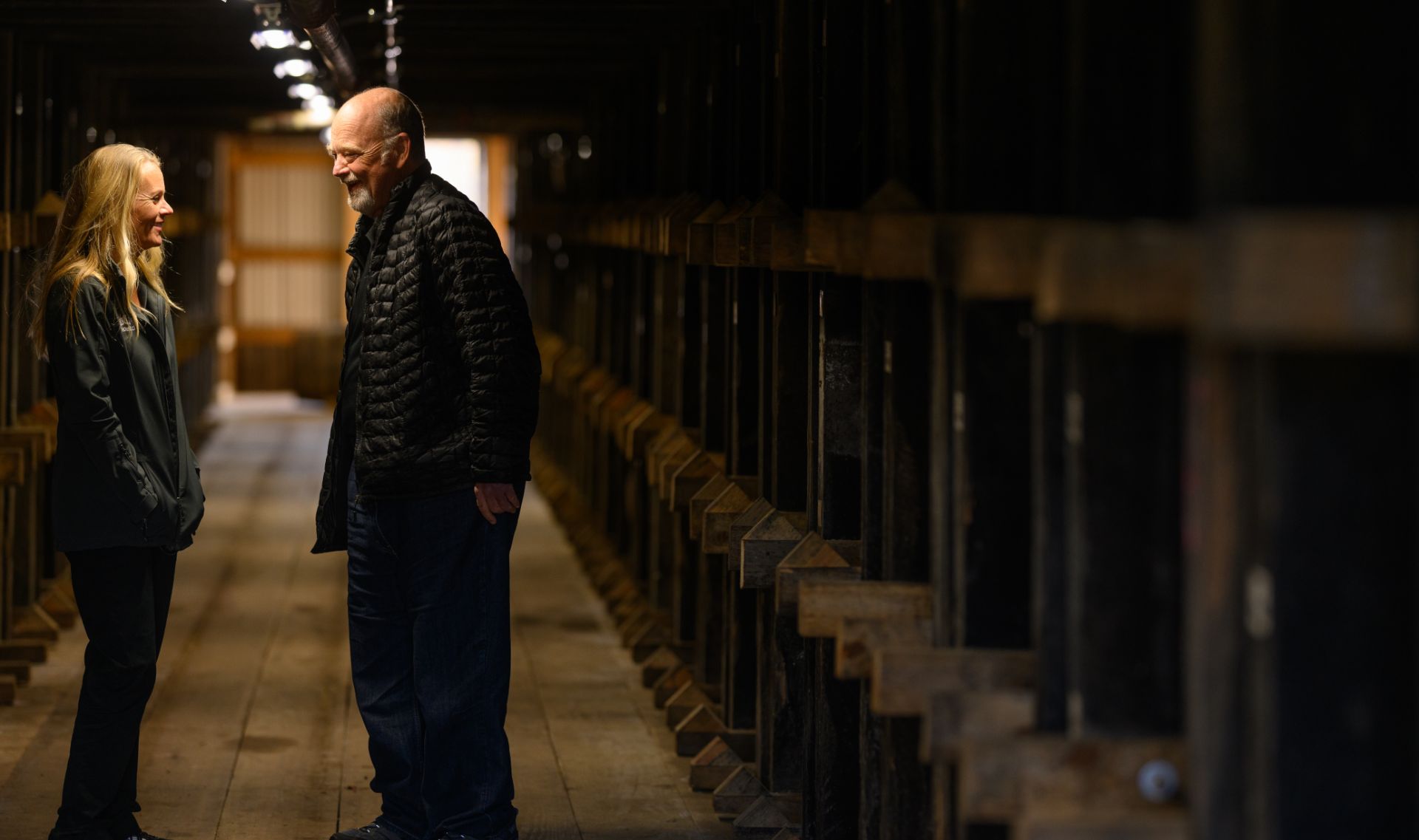 “I’ll take my chances on those odds any day,” said Fred.

As they continue to recover, DeeAnn and Fred are participating in a research study managed by Dr. Meera Gupta. The study, which looks at the long-term physical effects of the transplant on the donor and recipient, involves regular follow-ups and bloodwork in the coming months and years. Fred and DeeAnn were both happy to have a chance to spread the word about live organ donation and encourage others to be donors, knowing how life-changing the transplant was for Fred. 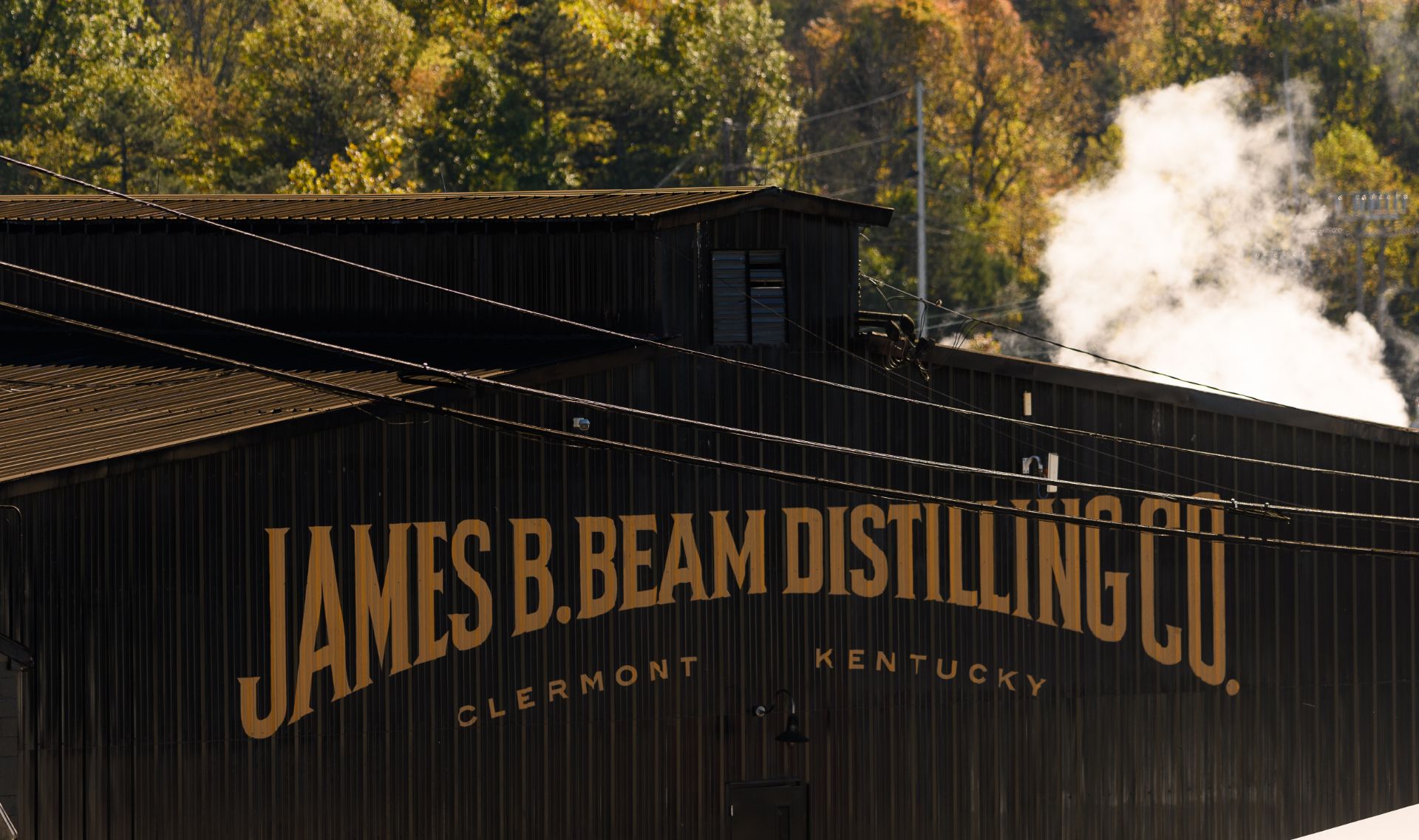 “I get a chance to hang around long enough to maybe watch [my grandson] go to work down at the plant.”

“The farthest thing from my life, from my world now, is thinking about the end of it. I’m looking forward to watching my son make his mark on the James B. Beam Distilling company. And then I’m also looking forward to my little grandson, who’s turning three this year—he could possibly be the ninth generation of Beams to come to work here. I’m thinking about the forward work, what we’re going to do going forward. It’s going to be really cool.” 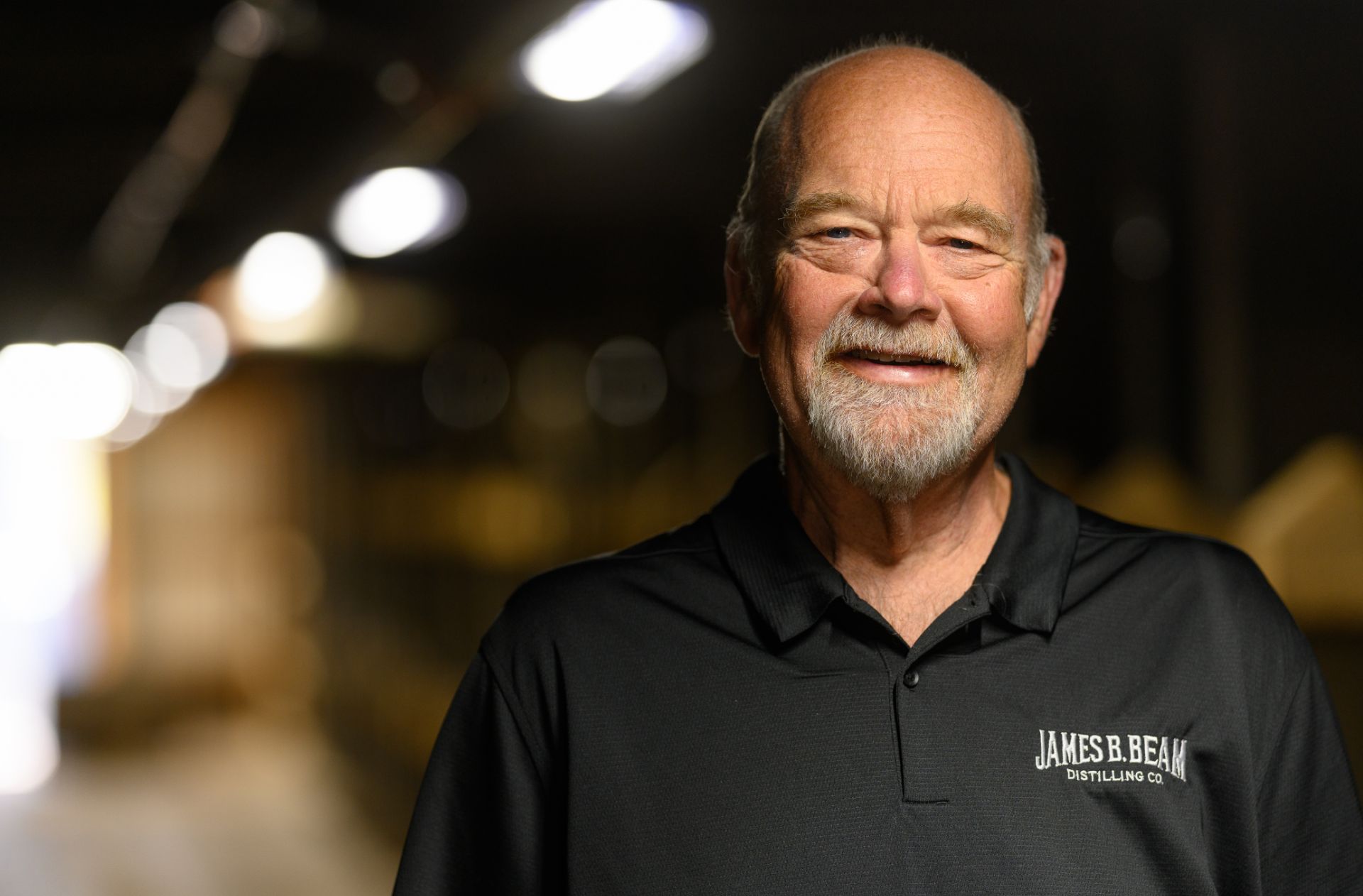 “It’s been a great experience,” said Fred. “For both of us.”

READ MORE
“We’re in this together, and we always will be.”2022-02-022022-02-02https://proof.ukhealthcare.com/wp-content/uploads/2019/04/ukhc-logo-white.pngWe Are Proof | UK HealthCarehttps://proof.ukhealthcare.com/wp-content/uploads/2022/01/fred-noe-feature.jpg200px200px
Contact
Follow Us
© University of Kentucky, Lexington, Kentucky, USA | An Equal Opportunity University | Interpreter Services | Notice of Non-Discrimination | Sitemap | Privacy Policy

“Three days before Christmas, I got a phone call.”Emergency Services, Transplant