One weekend in July of 2020, Whitley Smith got a headache.

“Usually if I take ibuprofen, that’ll knock my headaches out,” she said. But this time, the dull ache stuck around. By Sunday, she was dizzy. “I just thought maybe I was getting an inner ear infection or vertigo. On Monday I went to work and I was pretty dizzy and my eye focus wasn’t the greatest.” 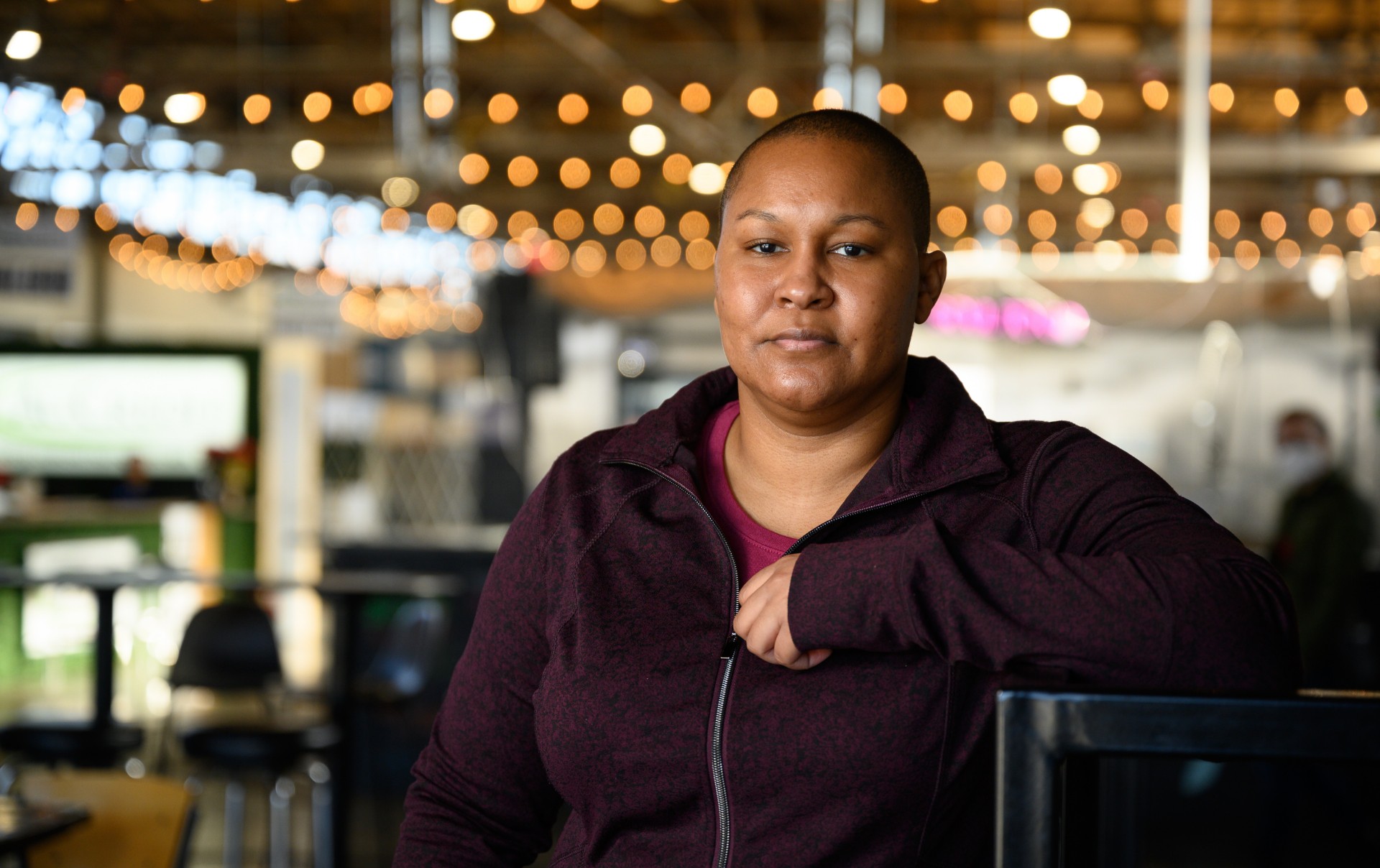 “I thought I had a bad case of vertigo,” said Whitley.

Things worsened throughout the week. She saw her primary care physician, who checked her balance and prescribed something to combat what he agreed might be vertigo. But by Friday, the dizziness and nausea were worse than ever. 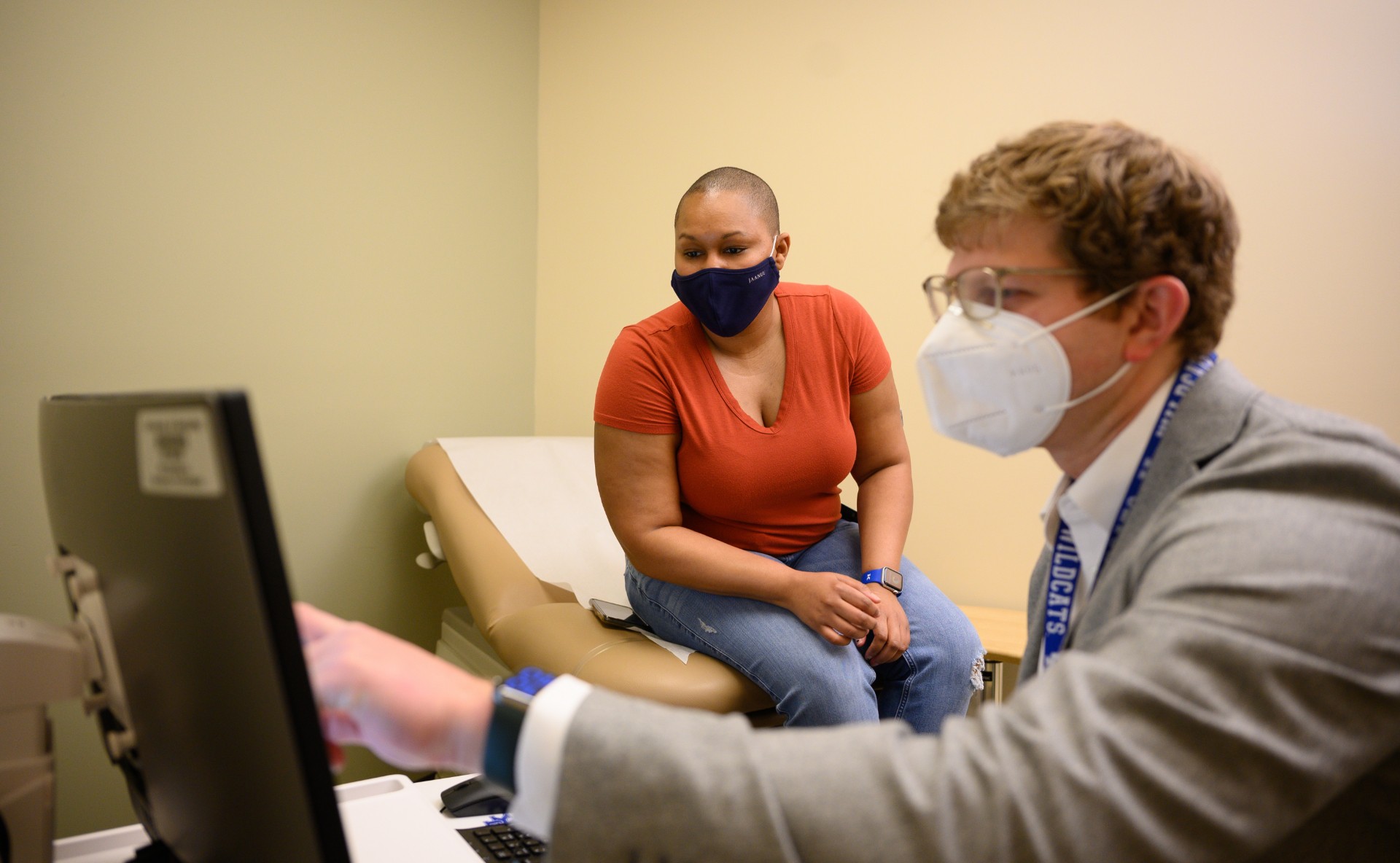 Whitley knew something was wrong, but she was determined to push through it.

“I drove to work that morning and I really shouldn’t have,” said Whitley. “I’m a cardiopulmonary technician [at UK HealthCare], and I had probably about 20 patients that day. Then I went to the bathroom, and took my mask down because my face felt a little bit funny. I had some right facial droop and I was like, yeah, that’s not supposed to be there. I went to the ER and they called an immediate stroke alert.”

Whitley wasn’t presenting with the typical symptoms of stroke—she’d driven to work, and wasn’t exhibiting the usual weakness in one side of her body that many stroke patients have. But her doctors took a closer look at her eyes, knew that something was off, and sent her for further tests. A CT scan, an MRI, and a spinal tap confirmed her diagnosis. 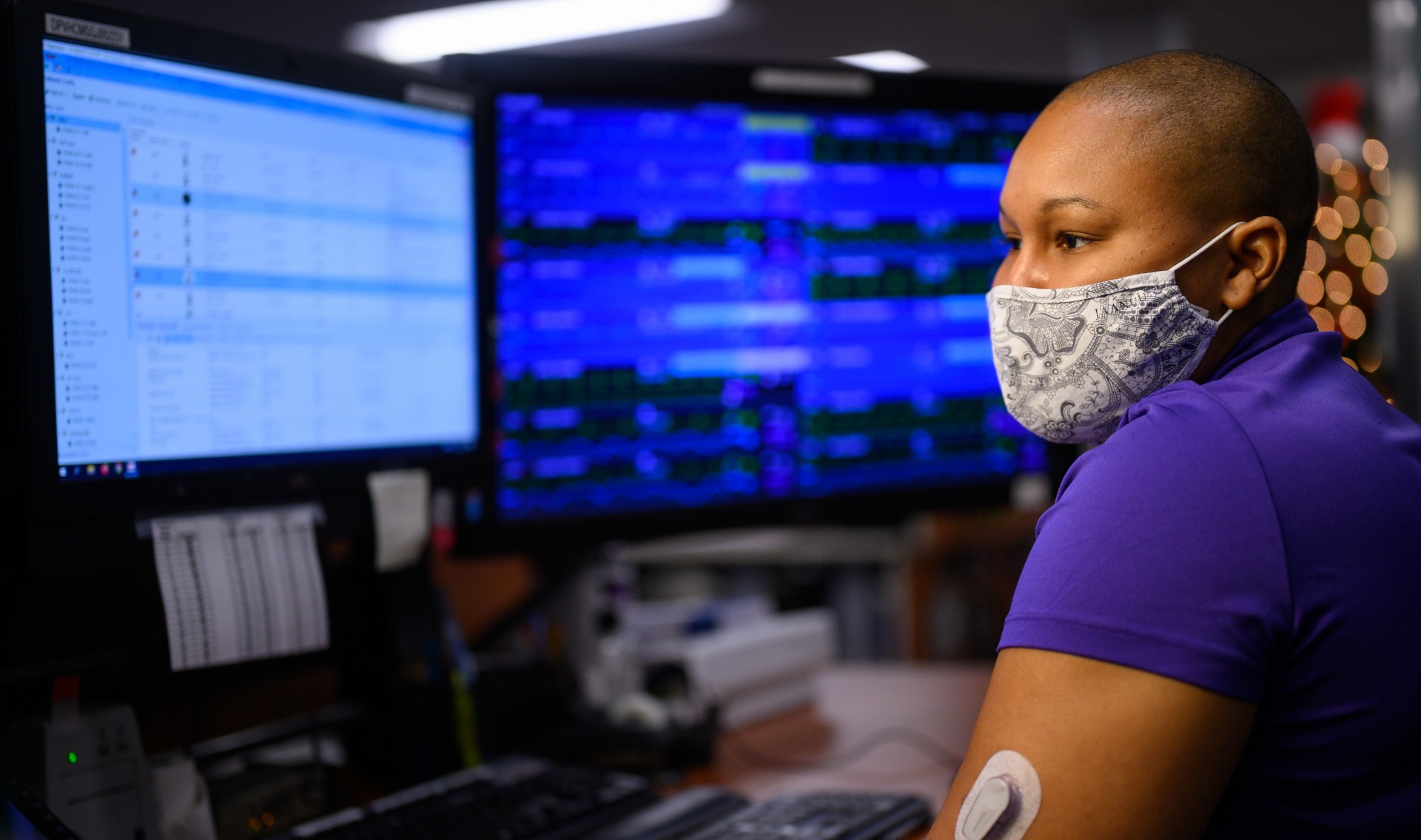 Because Whitley works at UK HealthCare, she was able to get to the ER quickly after her stroke.

At the age of 32, Whitley was having a stroke. It’s extremely rare for a person as young as she was—except for the fact that she’s had Type 1 diabetes since the age of three, and struggled to keep her blood glucose under control. As a result, one of the small vessels deep within her brain became blocked.

“Stroke in the younger population is rare,” said Dr. Kara Jo Swafford, a stroke specialist at UK HealthCare’s Kentucky Neuroscience Institute. “But it is on the rise due to earlier development of risk factors that are typically seen at a later age, including high blood pressure and diabetes.” 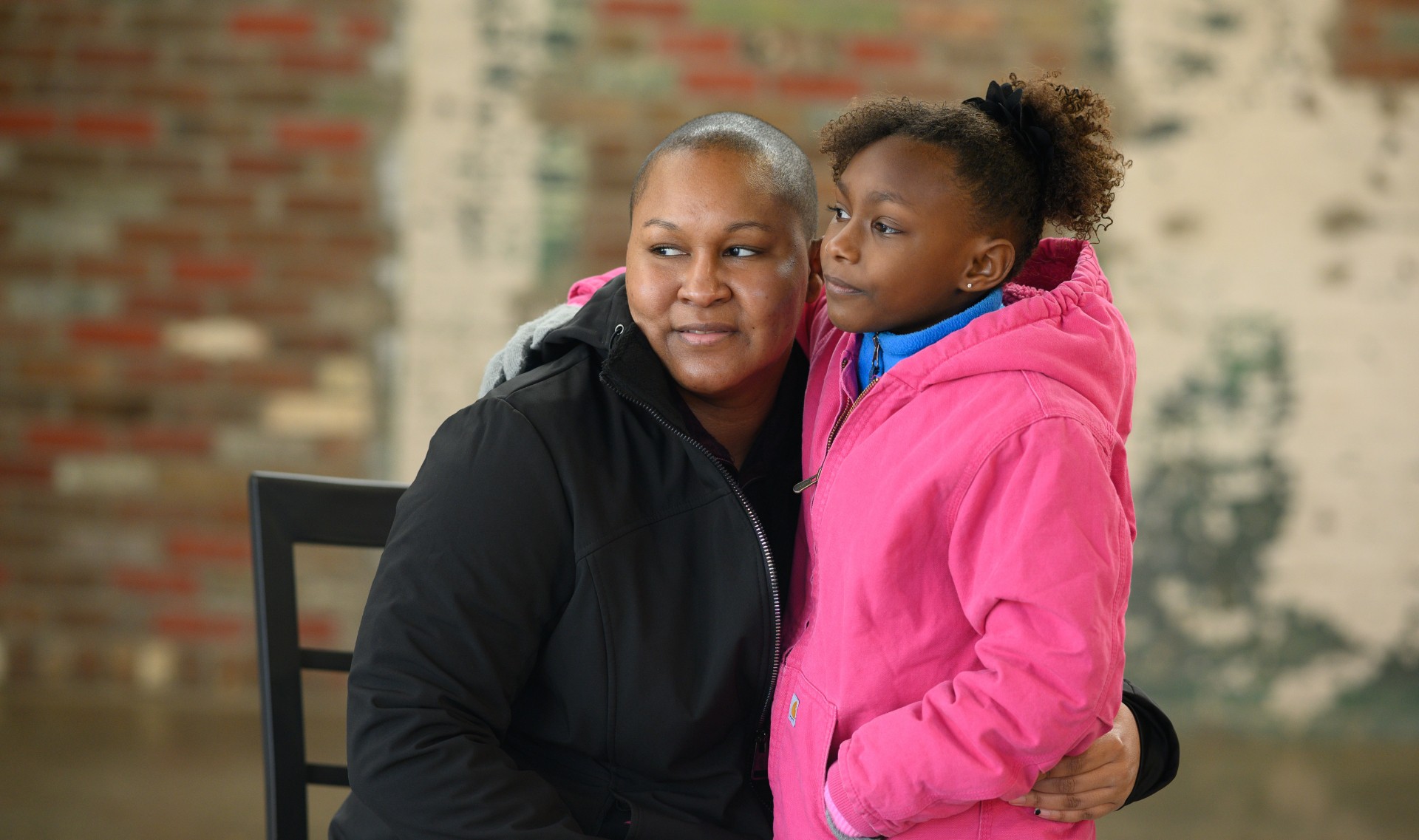 “My daughter is very compassionate towards [my diabetes],” said Whitley.

“Elevated blood glucose over time can lead to inflammation in small vessels,” explained Dr. Kyle Rosenstein, an endocrinology fellow at UK HealthCare’s Barnstable Brown Diabetes Center. “The longer you live with hyperglycemia, the more accustomed your body gets to it, and you can silently develop cardiovascular disease, leading to stroke and heart attack.” 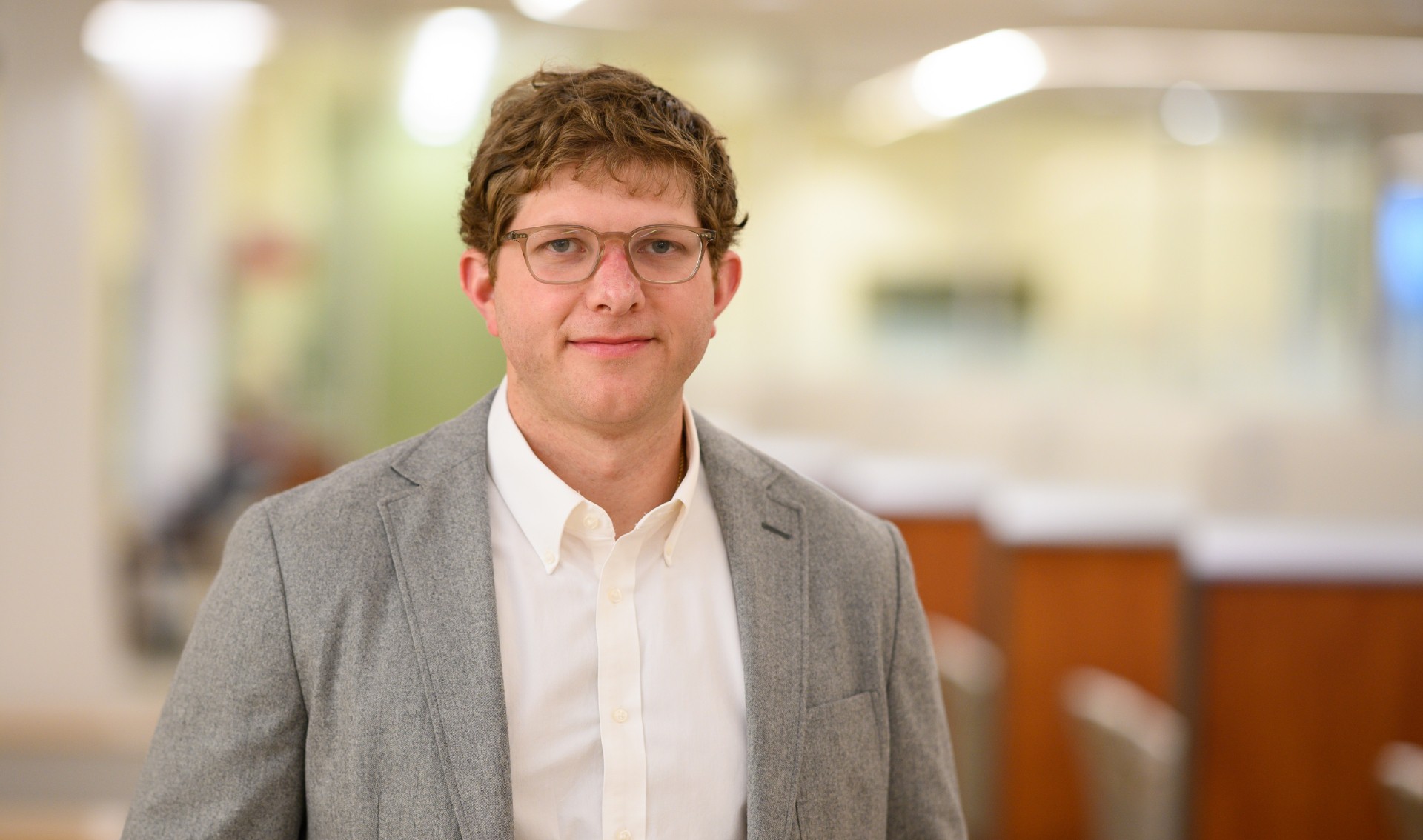 Whitley was admitted to Albert B. Chandler Hospital for several days while a team of specially trained neurologists from UK HealthCare’s Kentucky Neuroscience Institute helped her deal with the after-effects of her stroke, including a condition called horizontal and vertical nystagmus. “It’s basically where your eyes shake,” Whitley said. “I really thought that I had lost my eyesight at that point—that was terrifying. I couldn’t see straight for probably about a week and a half. It took about four weeks for my eyesight to totally resolve itself.” 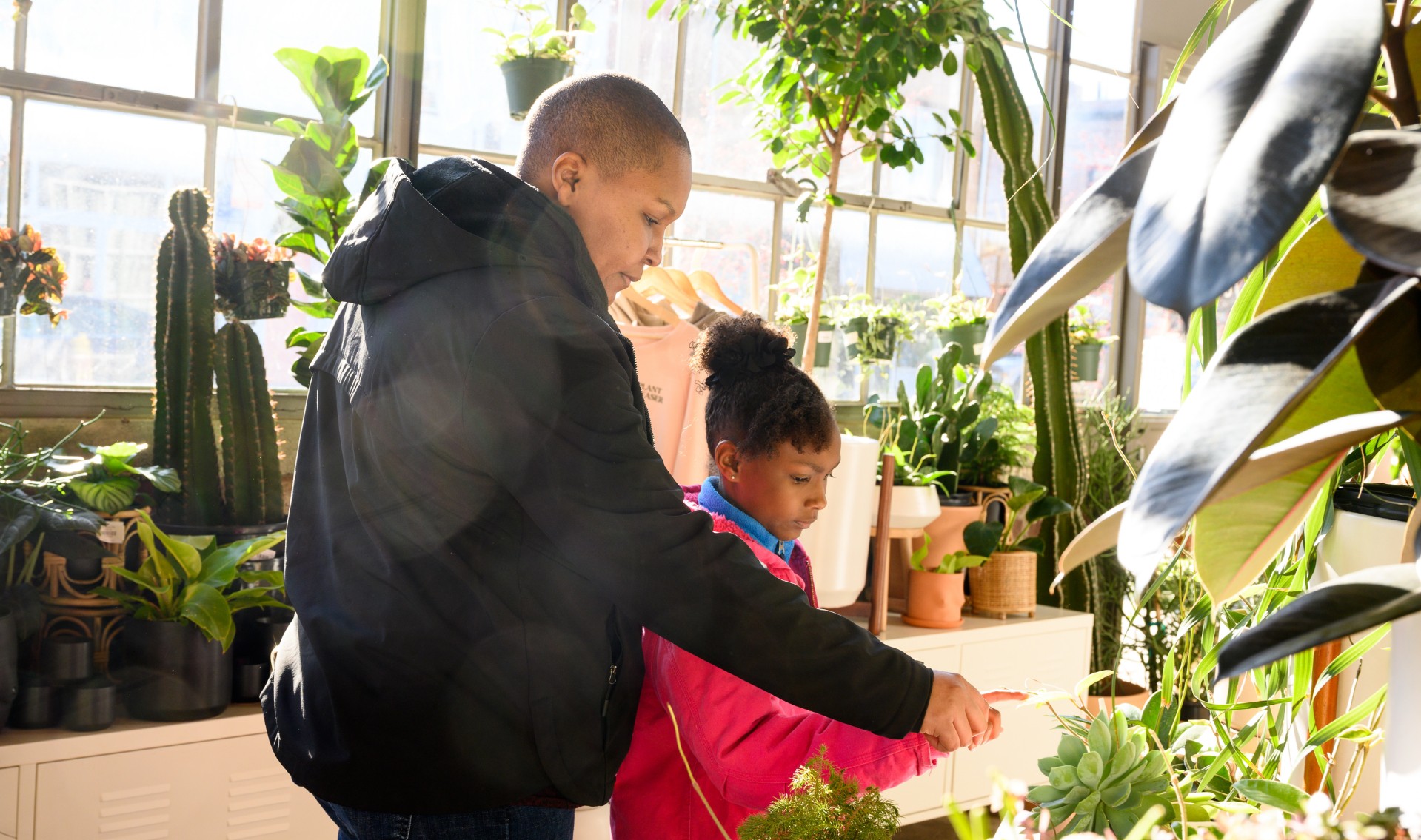 “Now I have a retina specialist,” said Whitley. “[We’re] keeping an eye on everything at this point.”

Before her stroke, Whitley had a hard time controlling her diabetes. For decades, her blood glucose was erratic, even when she was on insulin pump therapy in 2015. “I used it for about nine or ten months,” she said. “But the problem with my diabetes is I would have a lot of critical lows, to the point where I was unresponsive and comatose. And I would have to use Glucagon emergency kits, which my dad and my brother would have to administer to me if I was unconscious. I got very frustrated with that because, yes, it brought my A1C down, but I was bottoming out a lot when I was asleep.” 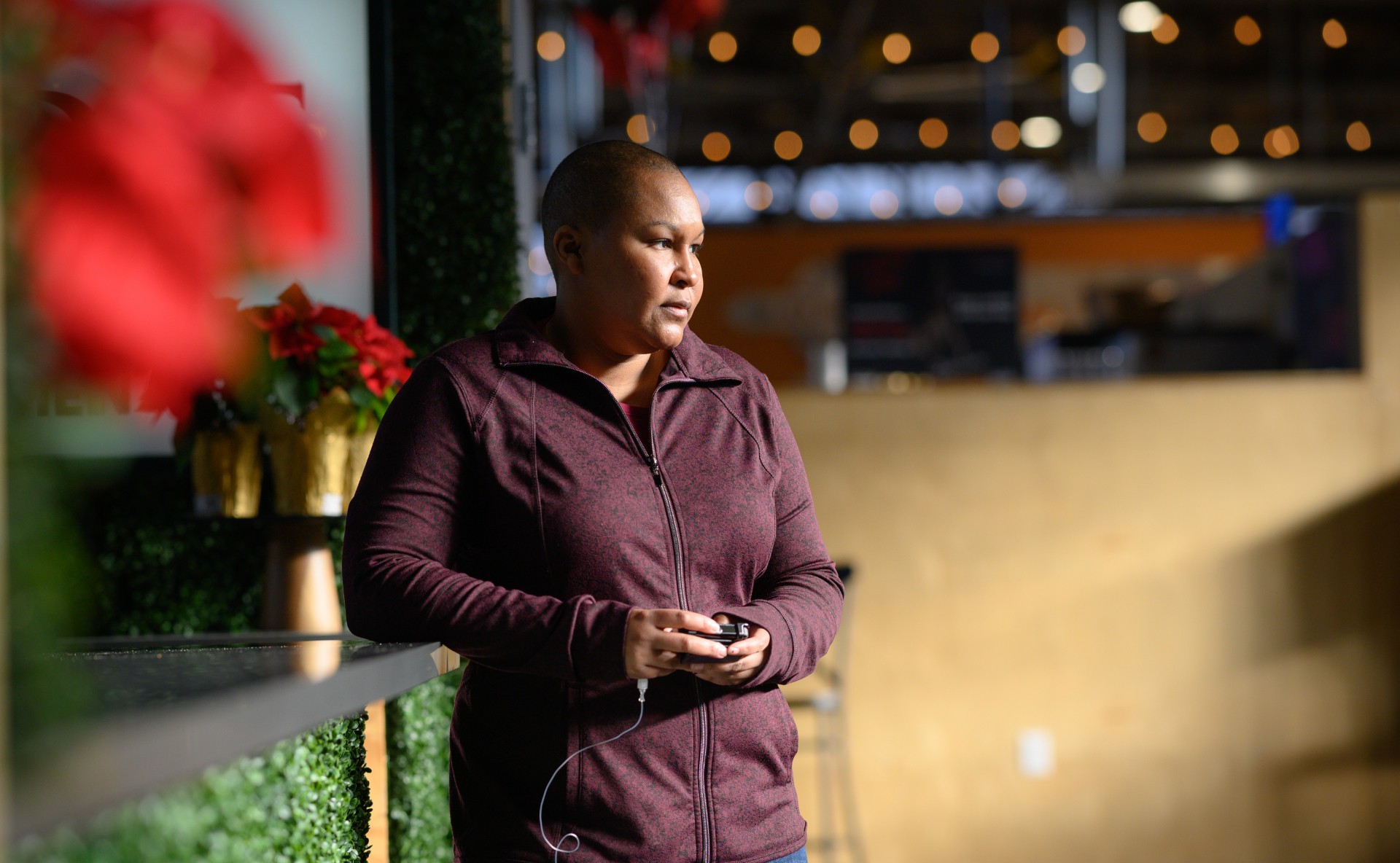 Without a continuous glucose monitor, Whitley’s pump wasn’t as effective as she needed it to be, and she went back to manual insulin injections. But after her stroke, she became more determined than ever to get her diabetes completely under control. Working with the team at the Barnstable Brown Diabetes Center, she eventually transitioned to a newer insulin pump technology, with an integrated continuous glucose monitor to help her track her blood glucose in real time and better manage her diabetes. 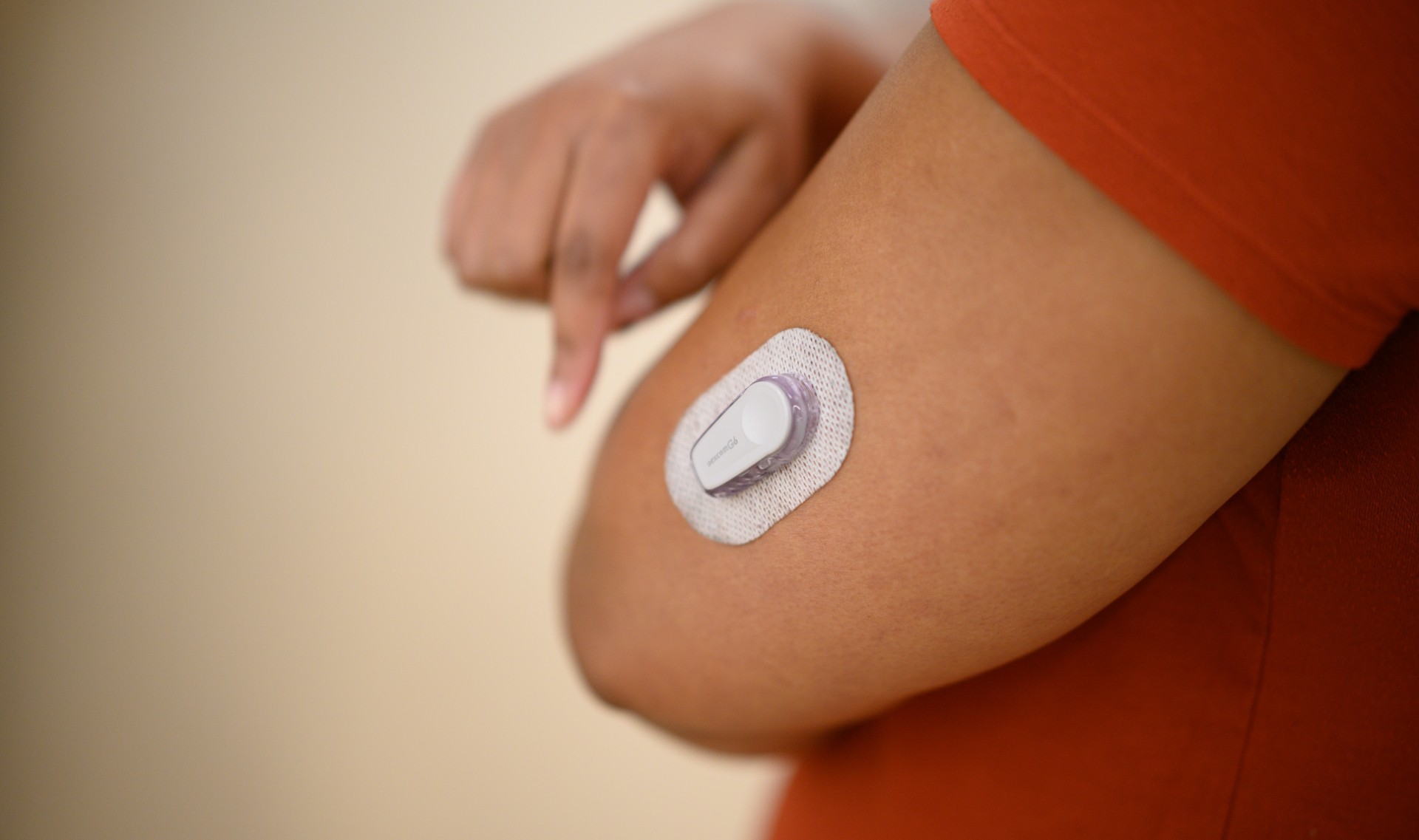 “As soon as I got the pump, everything just kind of fell into place,” said Whitley. “That was huge.”

“I was dreading being back on an insulin pump,” said Whitley. “But the continuous glucose monitor has helped tremendously. To be able to see my glucose every five minutes and to be able to act on it, that helps a lot. I have become a very big advocate for anybody to get an insulin pump and a continuous glucose monitor, because they work hand-in-hand.” 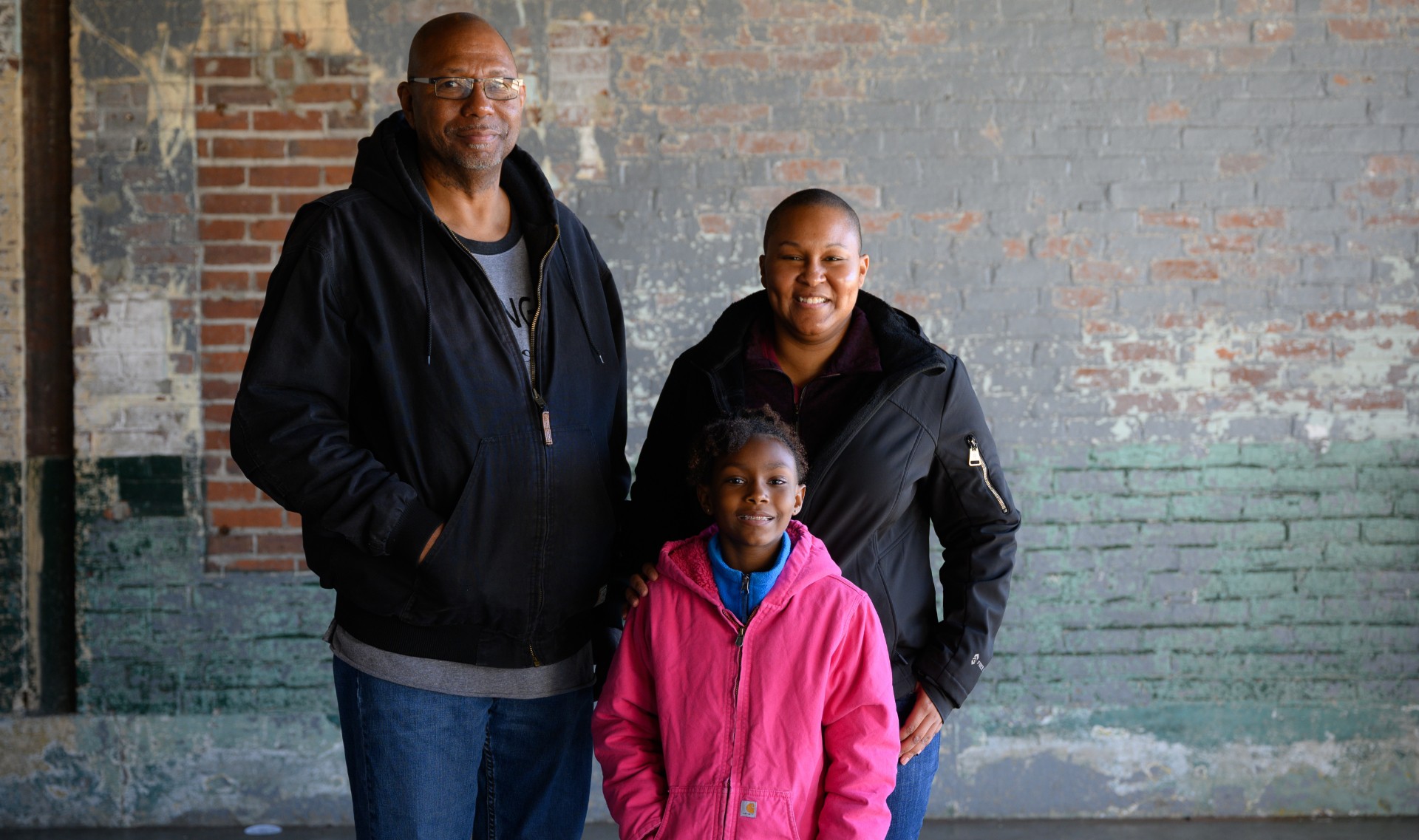 Before getting her continuous glucose monitor, Whitley’s father, Vincent, would have to monitor her glucose levels while she slept.

“She now has unbelievable control,” said Dr. Rosenstein. “She’s not having highs or lows. I’ve never really seen a turnaround like that before. Obviously, she had a scare in the hospital, and she’s fortunate to not have residual issues from it.”

Both Whitley and Dr. Rosenstein attribute much of her success to the treatment and education she’s received from the team at the Barnstable Brown Diabetes Center. 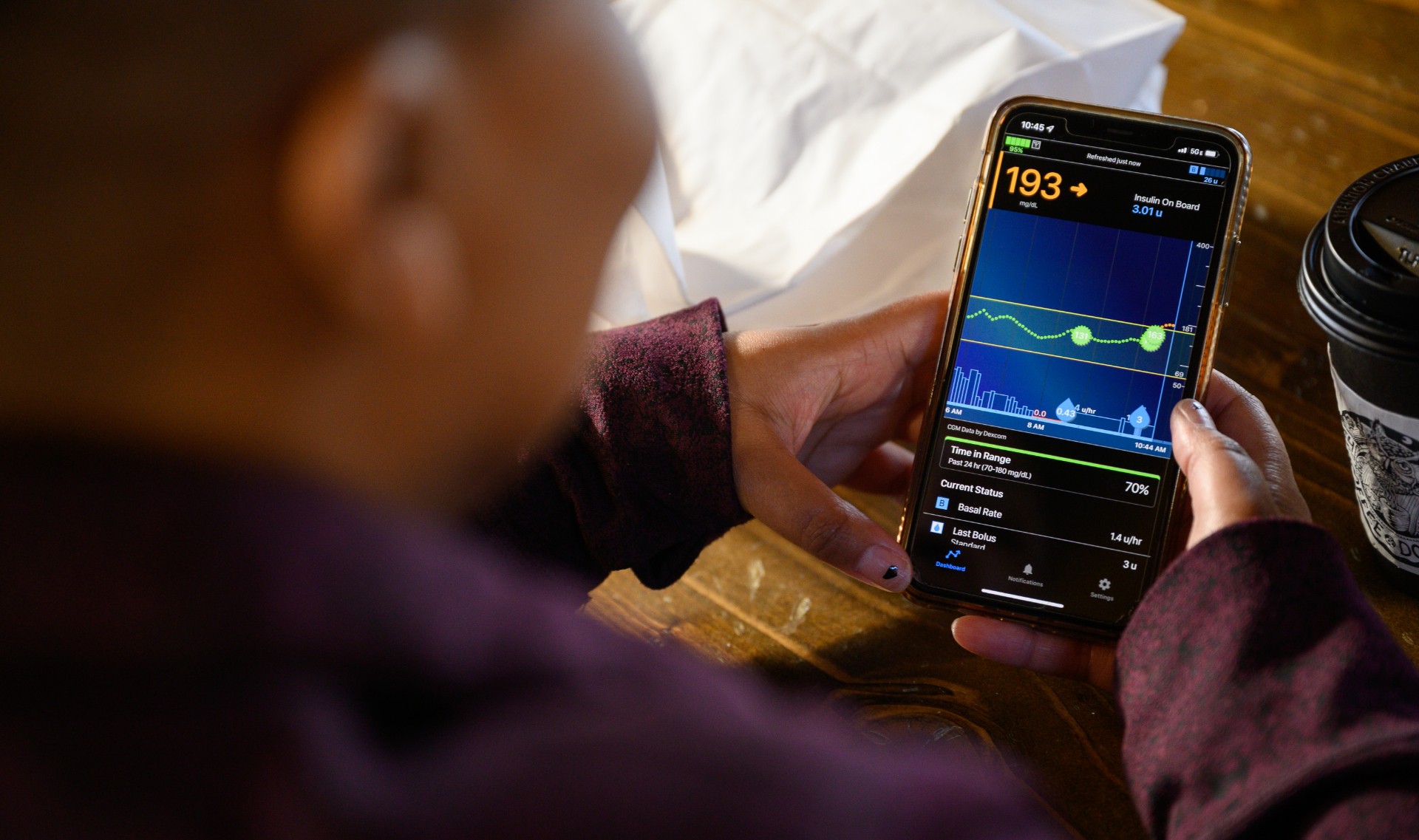 Whitley can now track her glucose levels in real time through her phone.

“Our diabetes educators are amazing,” Dr. Rosenstein said. “Our educators are on the phone or doing one-on-one teaching from the time our clinic opens until it closes.  The most important things [they teach] are the basic techniques of diabetes management such as reacting to low and high blood sugars, proper nutrition, dosing insulin for food intake and day-to-day adjustments for a wide spectrum of patients…we want to give people the tools to do it on their own.” 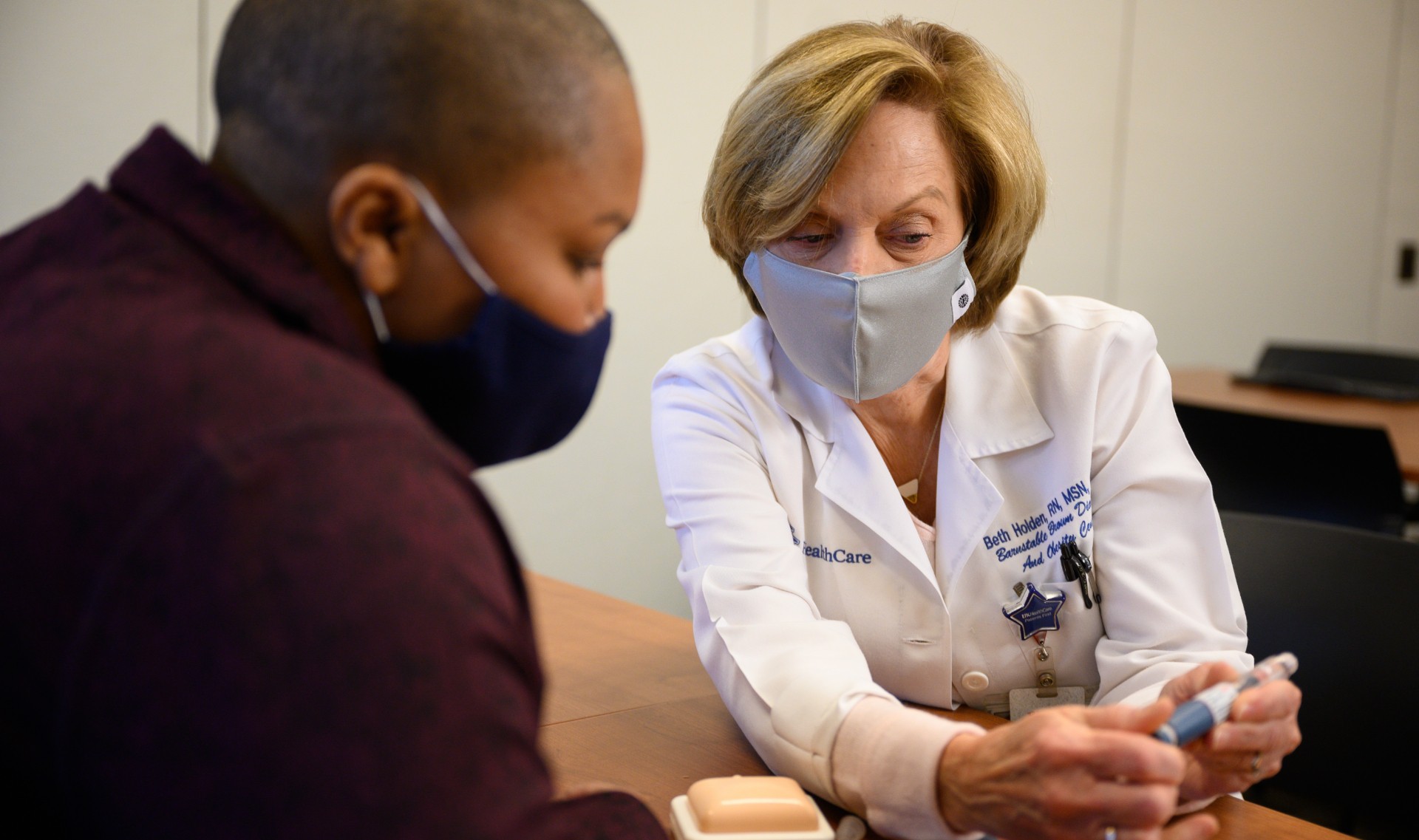 Today, Whitley is the most optimistic she’s been about her diabetes since she was first diagnosed, close to three decades ago. It took a catastrophic health event to help her get on track, but now that she’s here, she’s looking forward with more hope than ever. 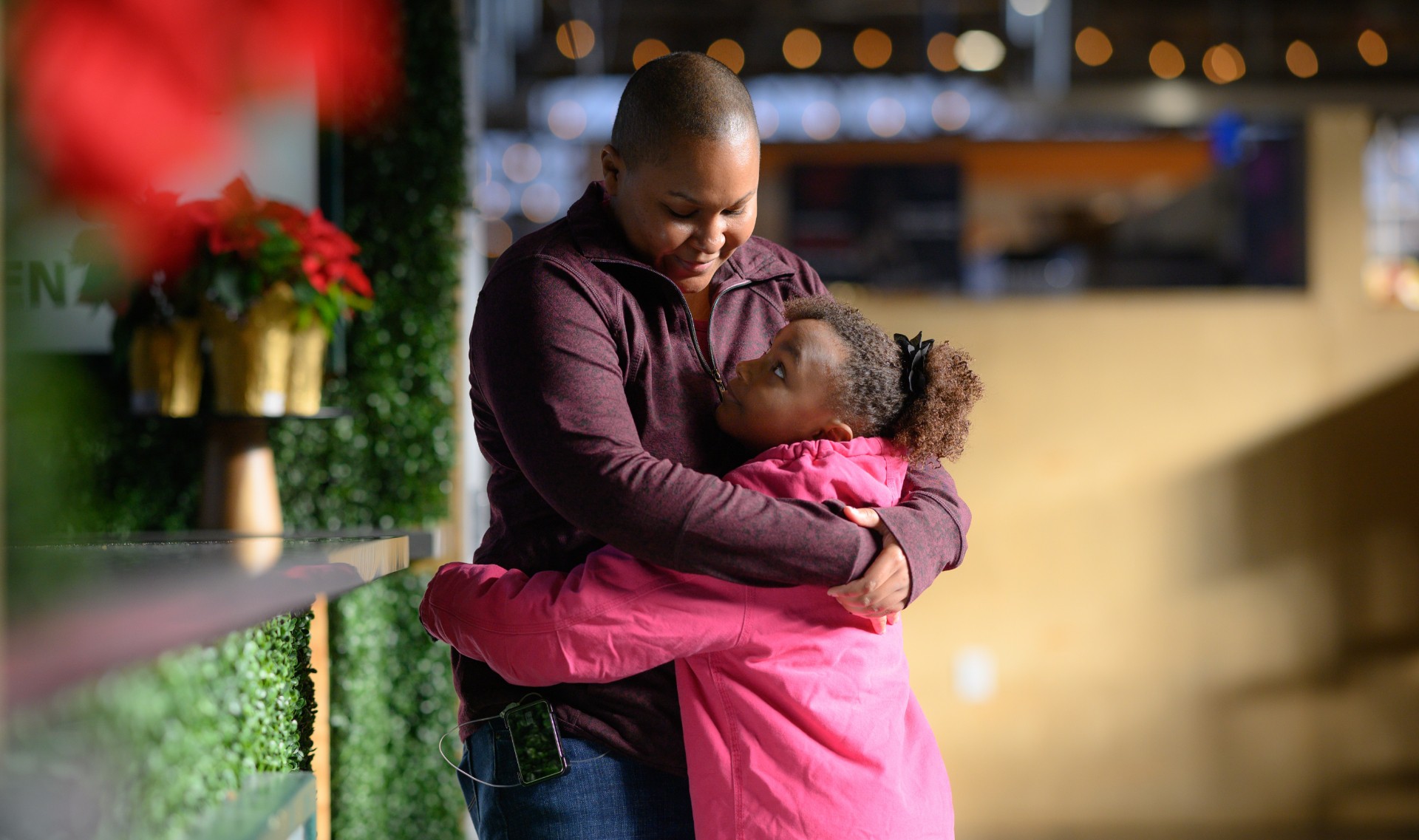 Whitley wants her daughter to know that it’s important to take care of yourself.

“It’s never too late to get your health under control,” said Whitley. “I thought that I really wouldn’t live that long with Type 1 diabetes. [But] having the insulin pump and dealing with Barnstable Brown has made me have a totally different outlook. Sometimes it’s the bad things that make us have a bigger outlook on improving our health, and having a stroke definitely did that for me.” 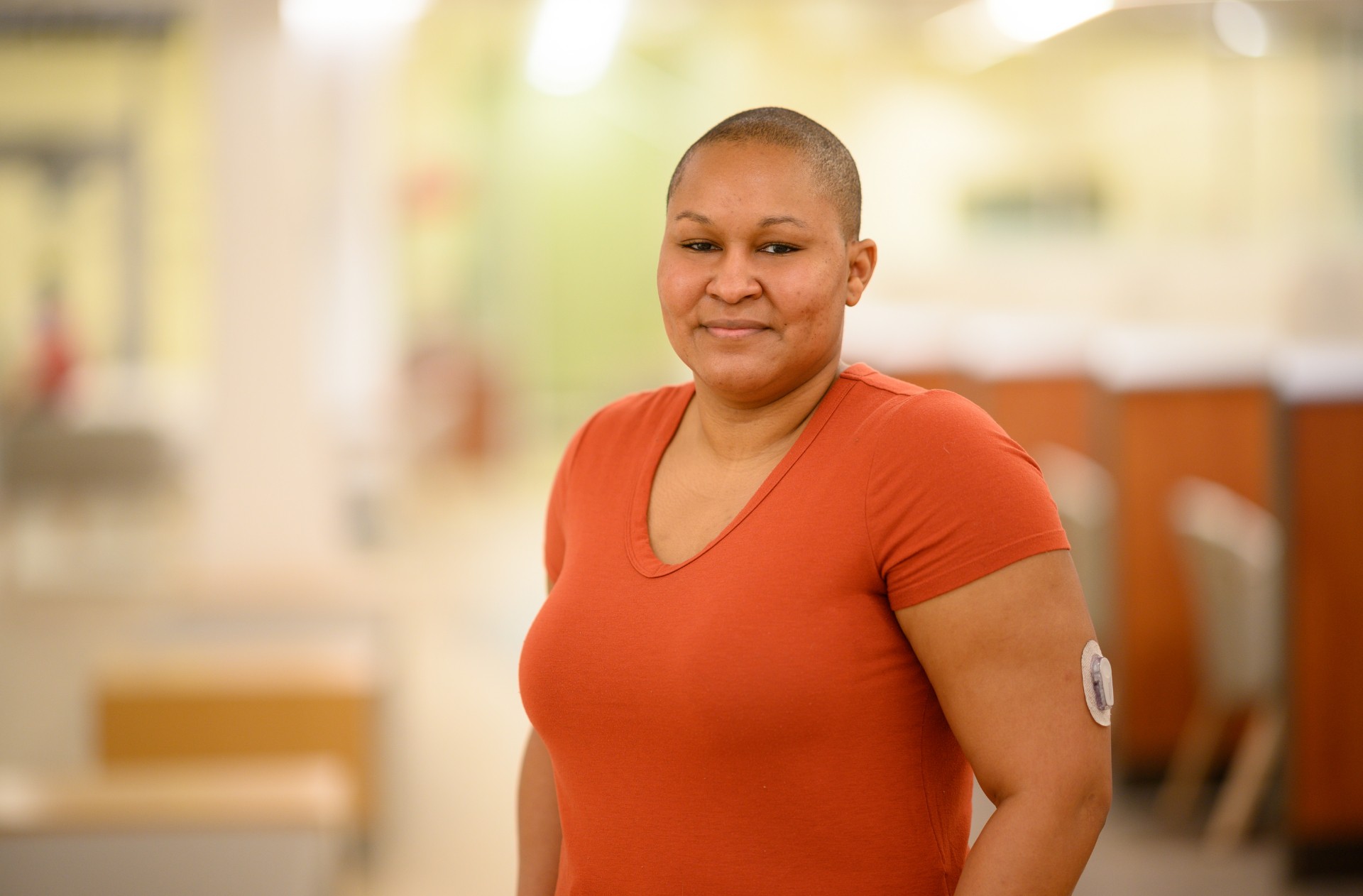 “At the end of the day, it would make me happy if [this] is able to help someone,” said Whitley.

See how we care for patients like Whitley at