“A lot of people doubted me coming back for the fifth year. There was a lot of ‘Why don’t you get your career going?’ But I only get one chance to play college football again. So why not?”

Colin Goodfellow, UK’s starting punter and a recent UK College of Nursing graduate, is making the most of every moment of his time at UK. He’s currently in his fifth year, taking advantage of the NCAA ruling that allows student-athletes one additional year of eligibility due to the COVID-19 pandemic. 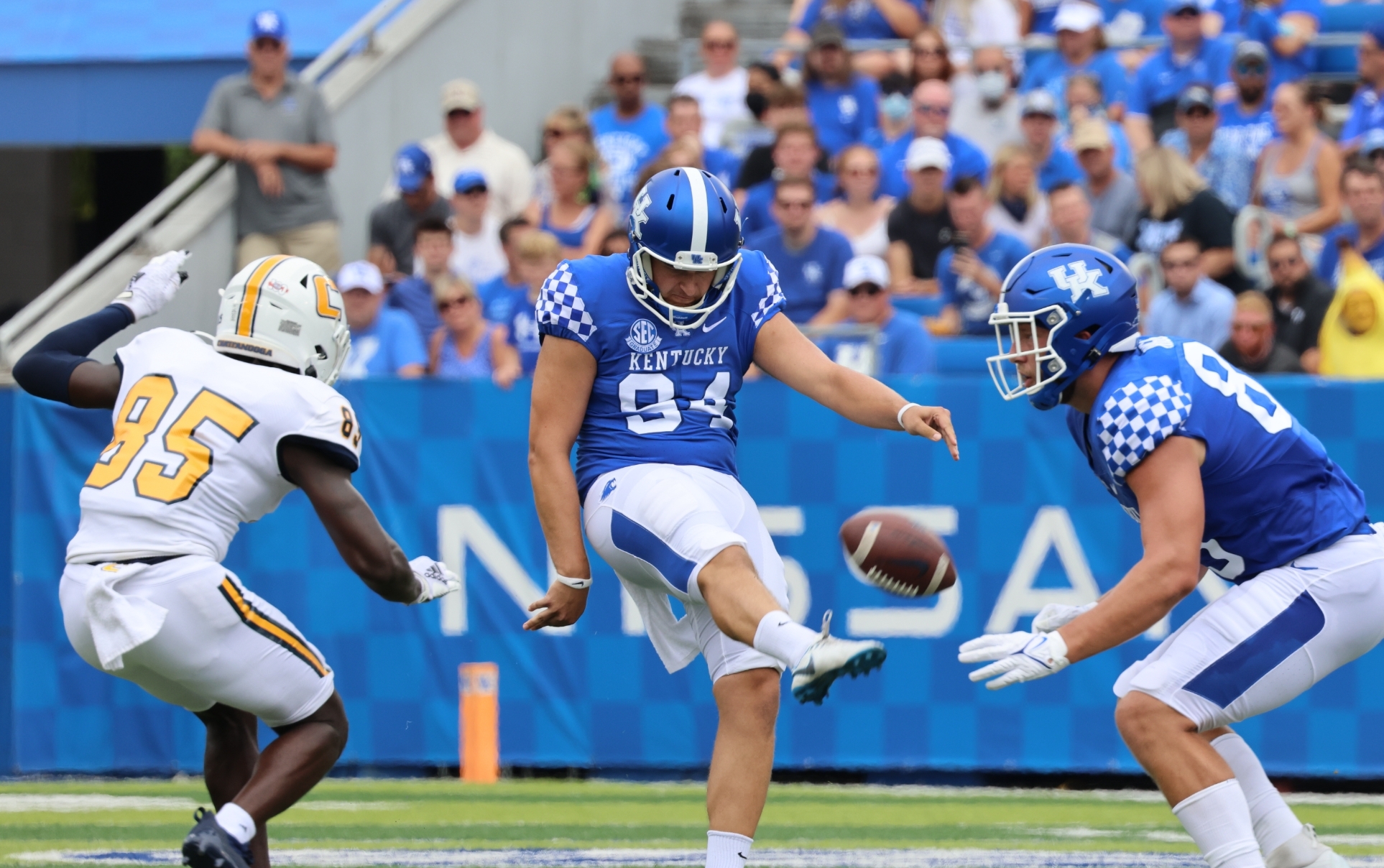 Colin is a true student-athlete, earning spots on the Dean’s List and the SEC Academic Honor Roll.

There’s more than one reason why Colin pushed to make this season his best yet. His dad, Dr. Don Goodfellow, an orthopedic surgeon, had his third heart attack and quadruple bypass surgery in July 2021, shortly before Colin’s football season was about to begin. The team supported him fully as he took time off to be with his family—and since his recovery, Dr. Goodfellow has been able to come see Colin play in his fifth season. 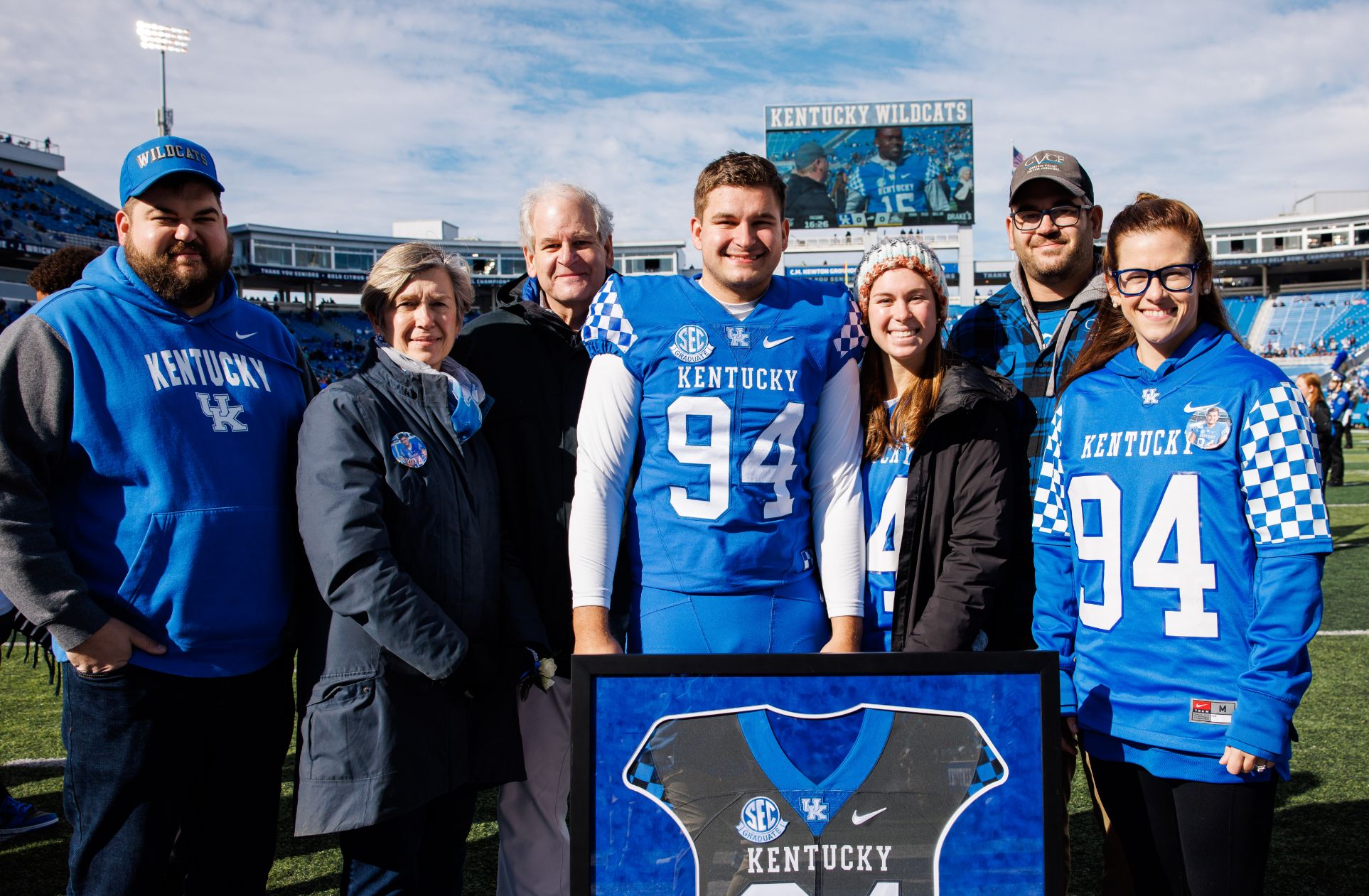 “[My dad] had only ever seen me play in one other game before this season,” said Colin.

“I’m very grateful for my coaches and the whole staff here that said, ‘Take as much time as you need, we’ll support you and give you a chance when you get back,’” said Colin. “That’s when I knew I made the right decision to come back for a fifth year. It drove me even more to be like, ‘Okay let’s go do this; let’s make this fifth year worthwhile.’ My dad has been able to come to the home games, which has been really special.” 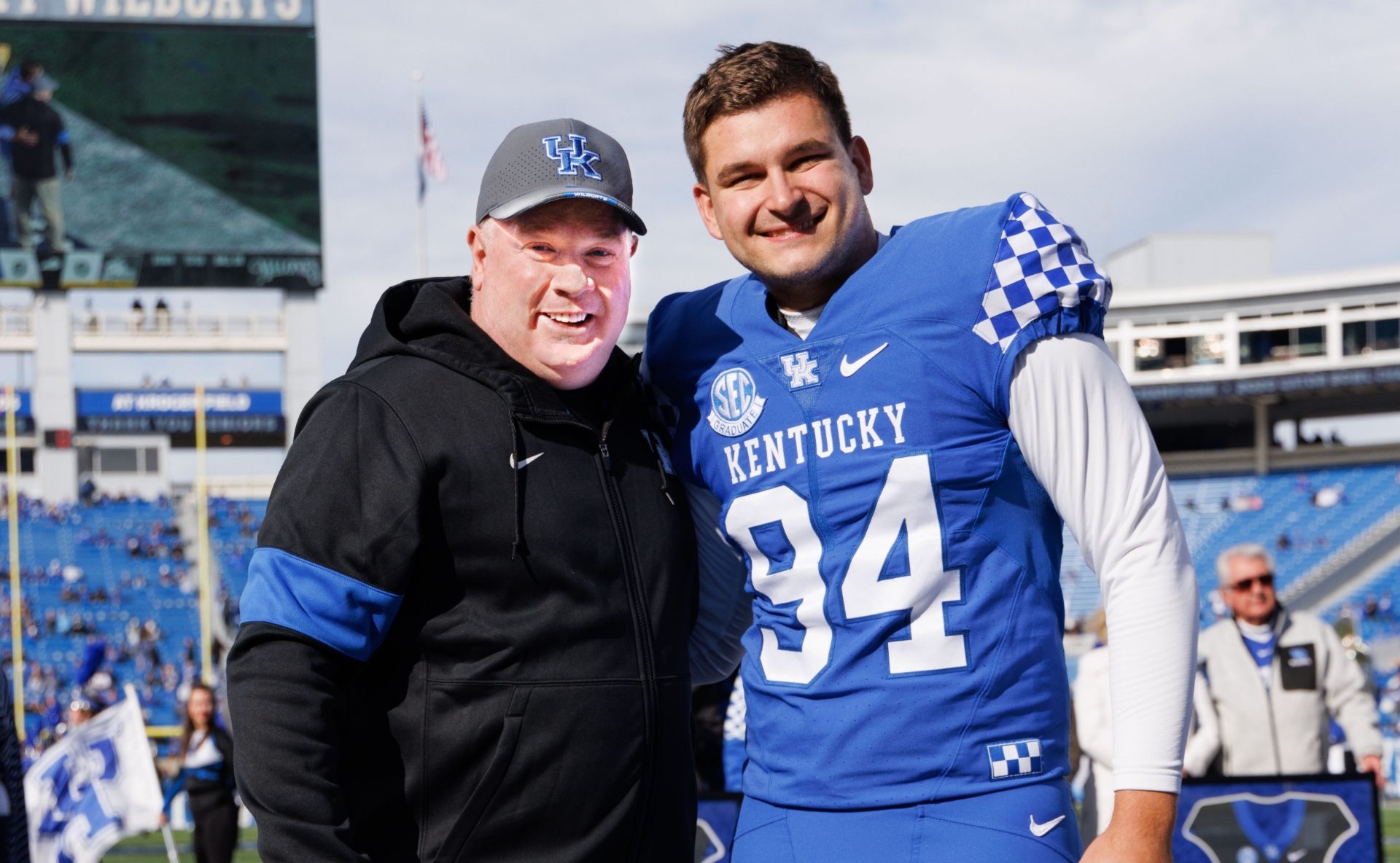 Thanks to the support of his coaches, Colin was able to be with his family—and come back to the field focused.

That fifth year is also allowing him to expand the skills he learned as a nursing student, living up to his longtime goal of working in health care.

“In seventh and eighth grade, I was looking up what I wanted to do and exploring things,” said Colin. “Since my mom’s a nurse, I looked up who has the best nursing programs, and UK was in the top three at that time. Plus, I liked the color blue.” 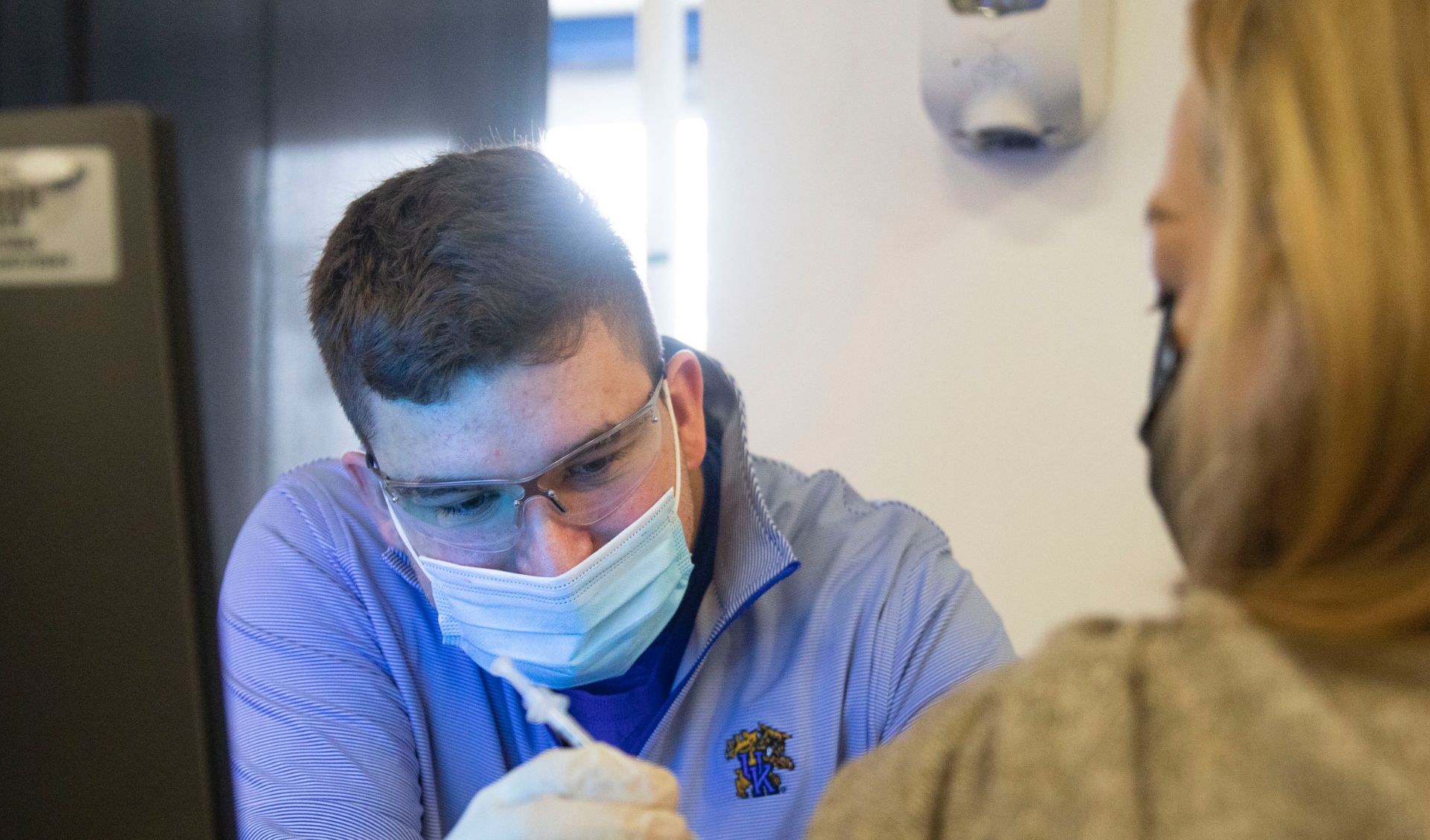 The work ethic required by football has set Colin up for success in the demanding field of nursing.

As Colin progressed to high school, his professional goals began to crystallize, and his career on the football field was also starting to take off. Several schools recruited him, but UK was the only Division I school that would allow him to pursue nursing and football at the same time.

“I had to be stern and step up for what I really wanted to do with my life,” said Colin. “I put ‘student’ before ‘athlete,’ and that was definitely a challenge.” 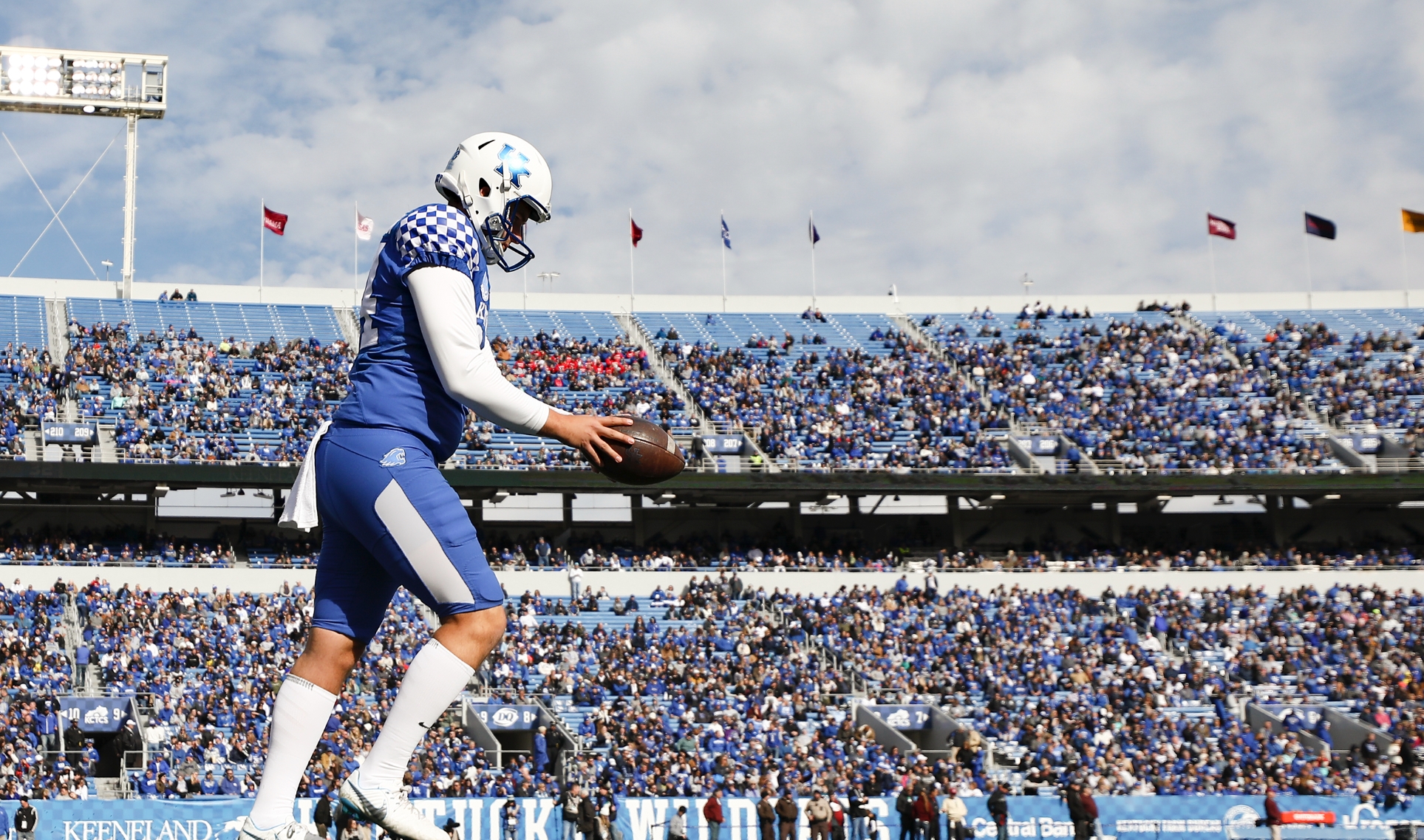 “Other [recruiting] coaches were telling me to change my major, and I didn’t want to do that,” said Colin.

“The last semester of nursing school is very intense and demanding,” said Brittany Hernandez, a nurse, clinical instructor and preceptor at UK College of Nursing. “Colin would be at football practices as early as 6 a.m., practice for a few hours and then come in and work with me until 7:30 or 8 at night to get his hours in. He always said, ‘Let’s keep going.’” 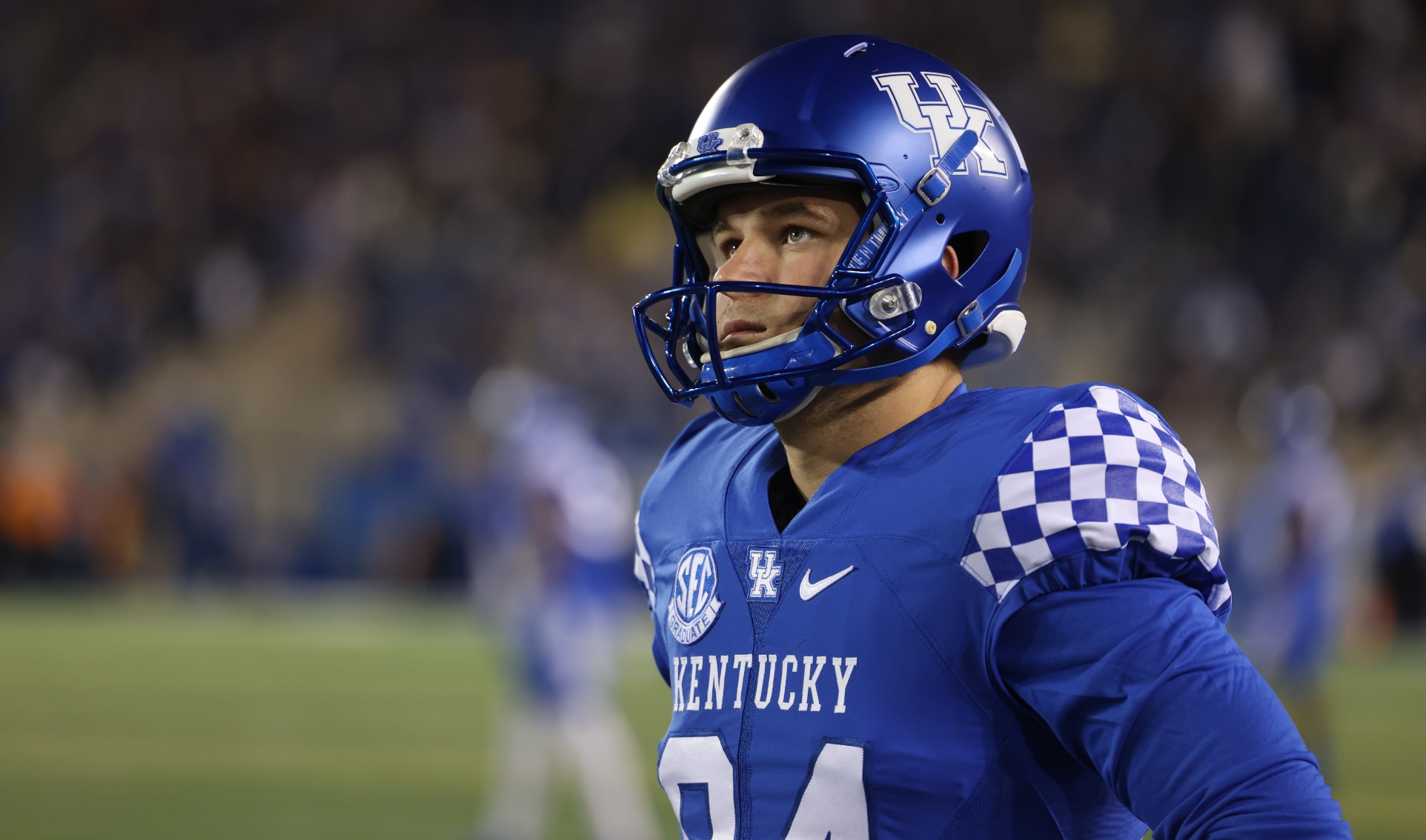 “I'm a D1 punter for a nationally ranked team," said Colin. “It's a dream come true.”

Despite those challenges, Colin completed his studies, passed the NCLEX, and is now a registered nurse—but, true to form, he kept going. He’s embarked on a unique fifth-year independent study with the Dean of Nursing at UK College of Nursing, Dr. Janie Heath. When Dr. Heath and Colin first met last spring, he was just six weeks away from graduation. Dr. Heath had never realized one of their nursing students was a key player on the UK football team. 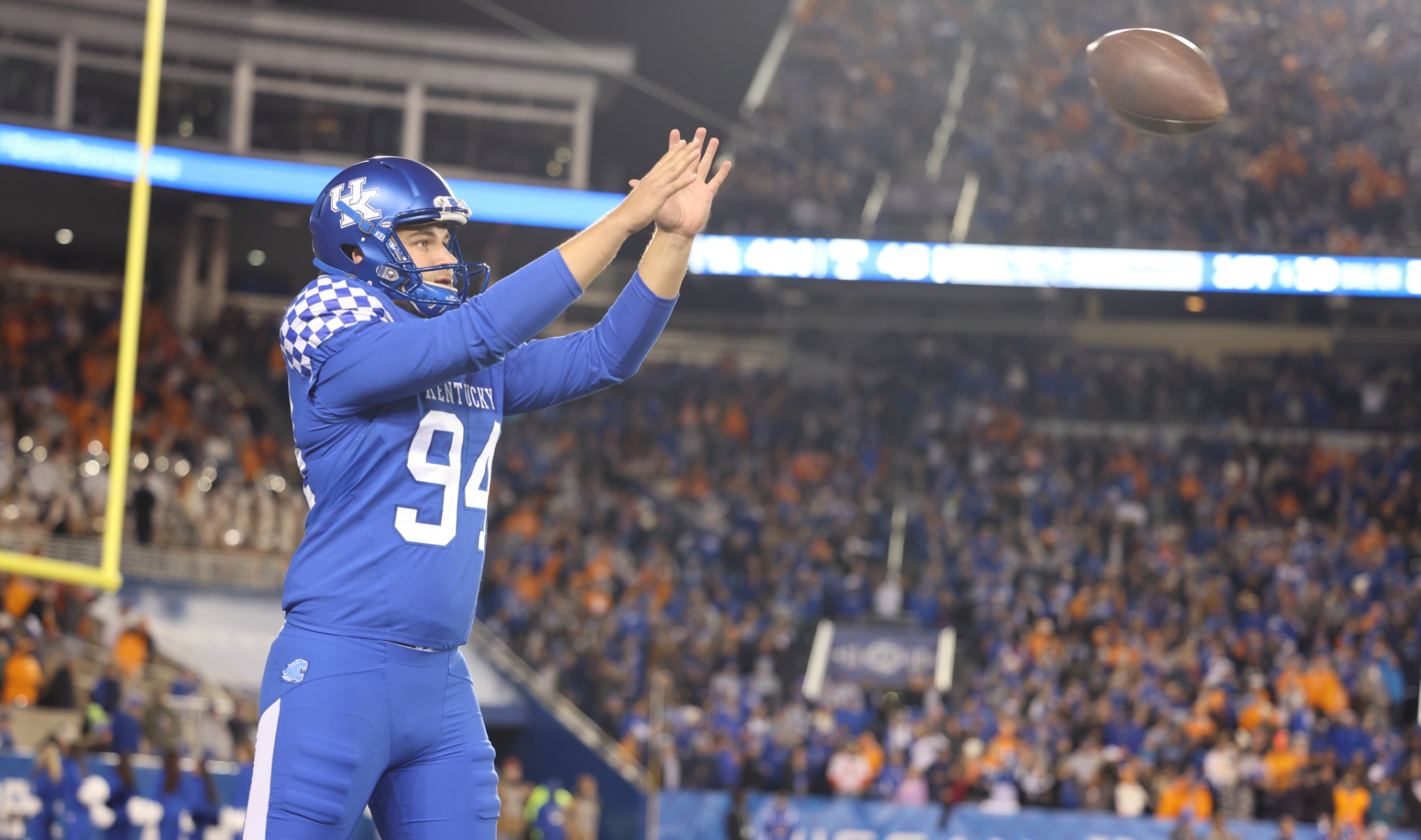 Colin’s goal is to work in the neurology intensive care unit at UK HealthCare. 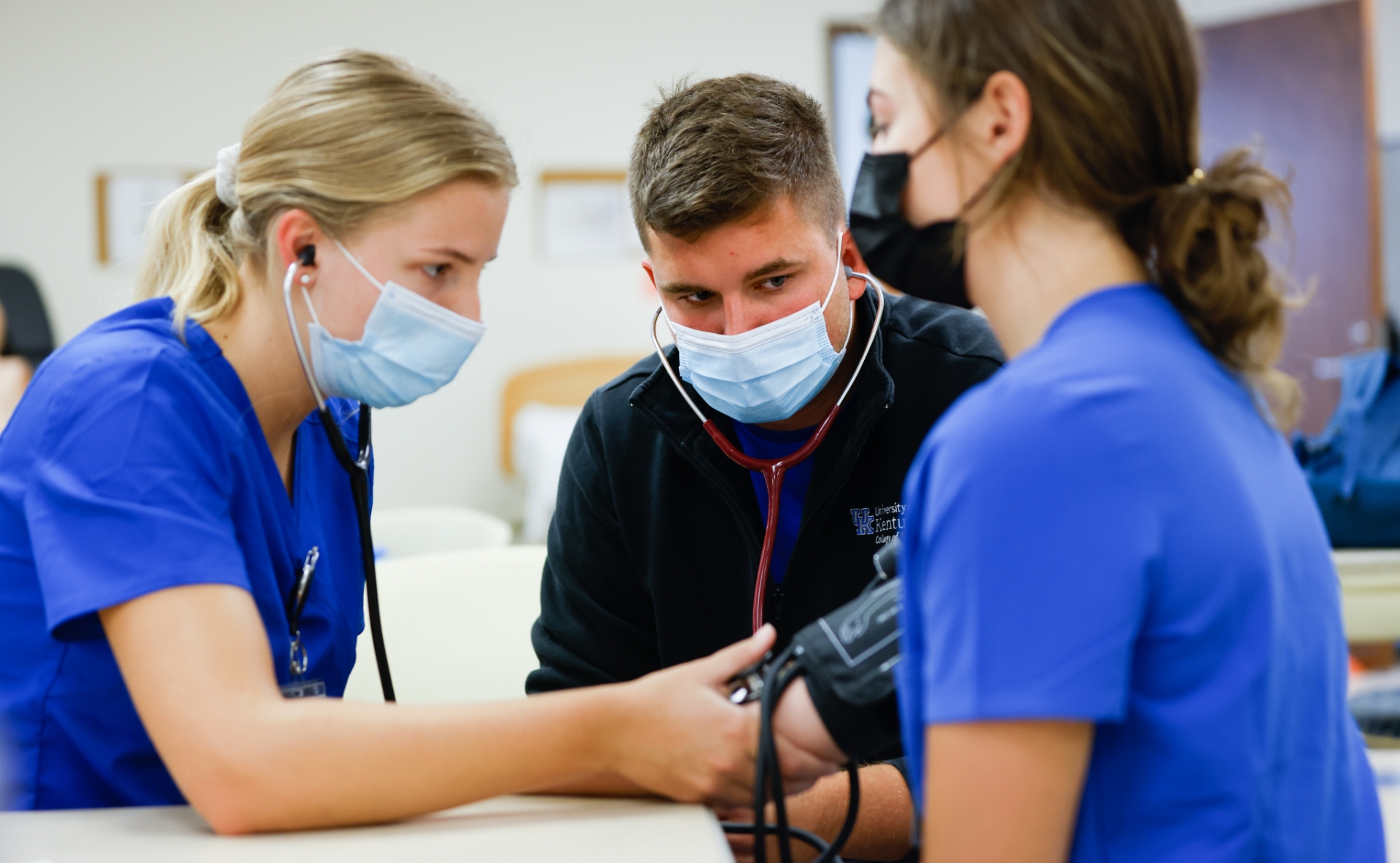 "It has been amazing to watch him,” said Dr. Heath. “Football is important, but nursing is his priority.”

Dr. Heath worked with Colin on an independent study in the graduate nursing program, focusing on mindfulness strategies for resiliency in high-stress careers like nursing. As part of the study, Colin worked with first-year nursing students, giving feedback, advice and helping them practice their skills.

“When I talk to younger nursing students, I tell them, ‘You can’t go through nursing school alone,’” said Colin. “It’s too rigorous, it’s too hard and you’re so stressed. You need to let it out with somebody—plus you never know when nursing school is going to bring you your best friends.” 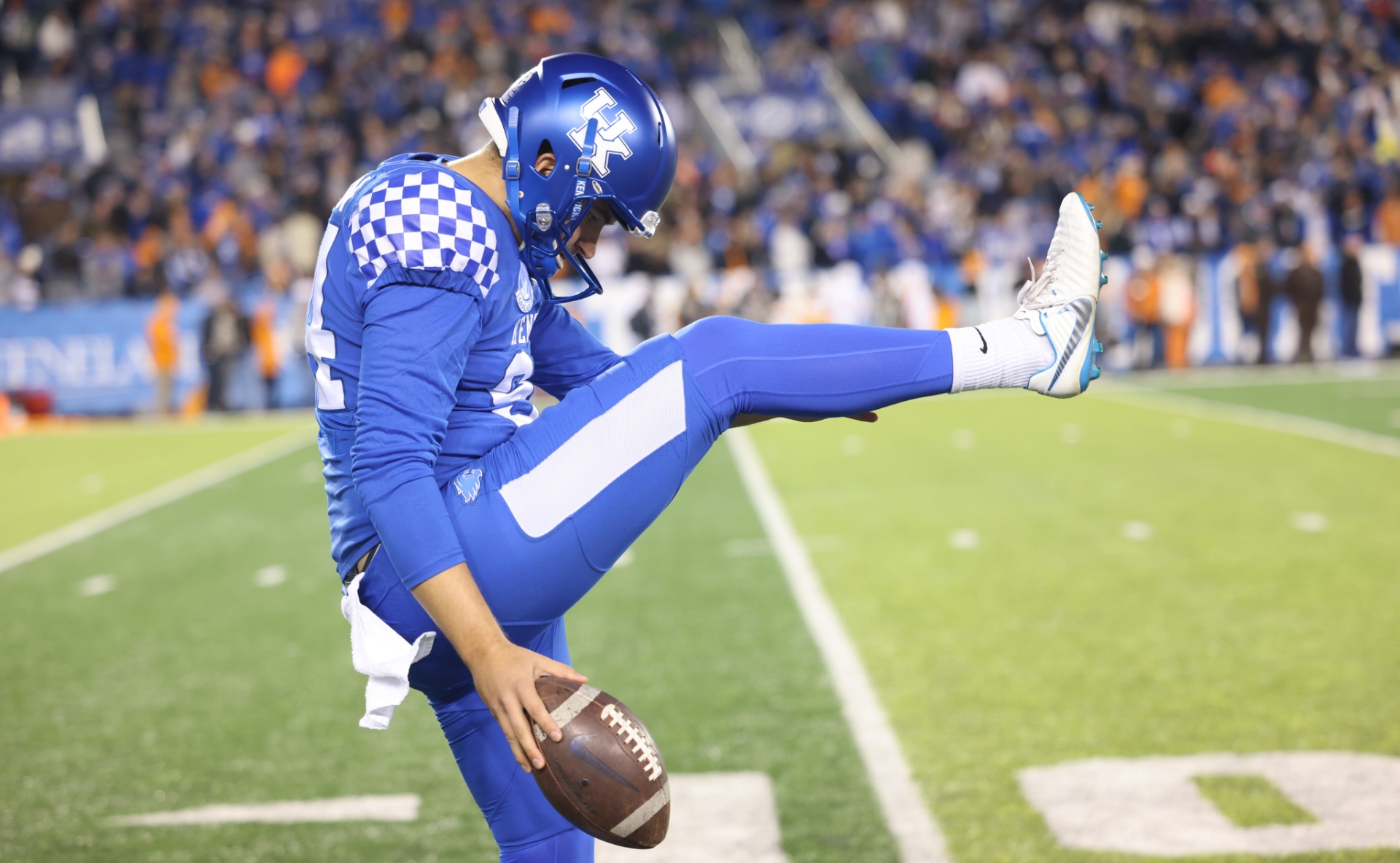 “Nobody thought I could do it, so I said ‘Let’s just go do it,’” said Colin. “That’s the same mentality I have with my career.”

Colin’s ability to prioritize, commit, and take advantage of the support of his teammates and mentors is a big piece of what has made UK such a remarkable experience for him, both on and off the field. His immediate future includes finishing out his final season as the Wildcats punter and then diving into his career in nursing—hopefully at UK.

“I’m going to do my best,” said Colin. “That’s my attitude. I know I’m leaving it all out there—nursing, football, life, whatever it is. I’m going to be the best version of myself.” 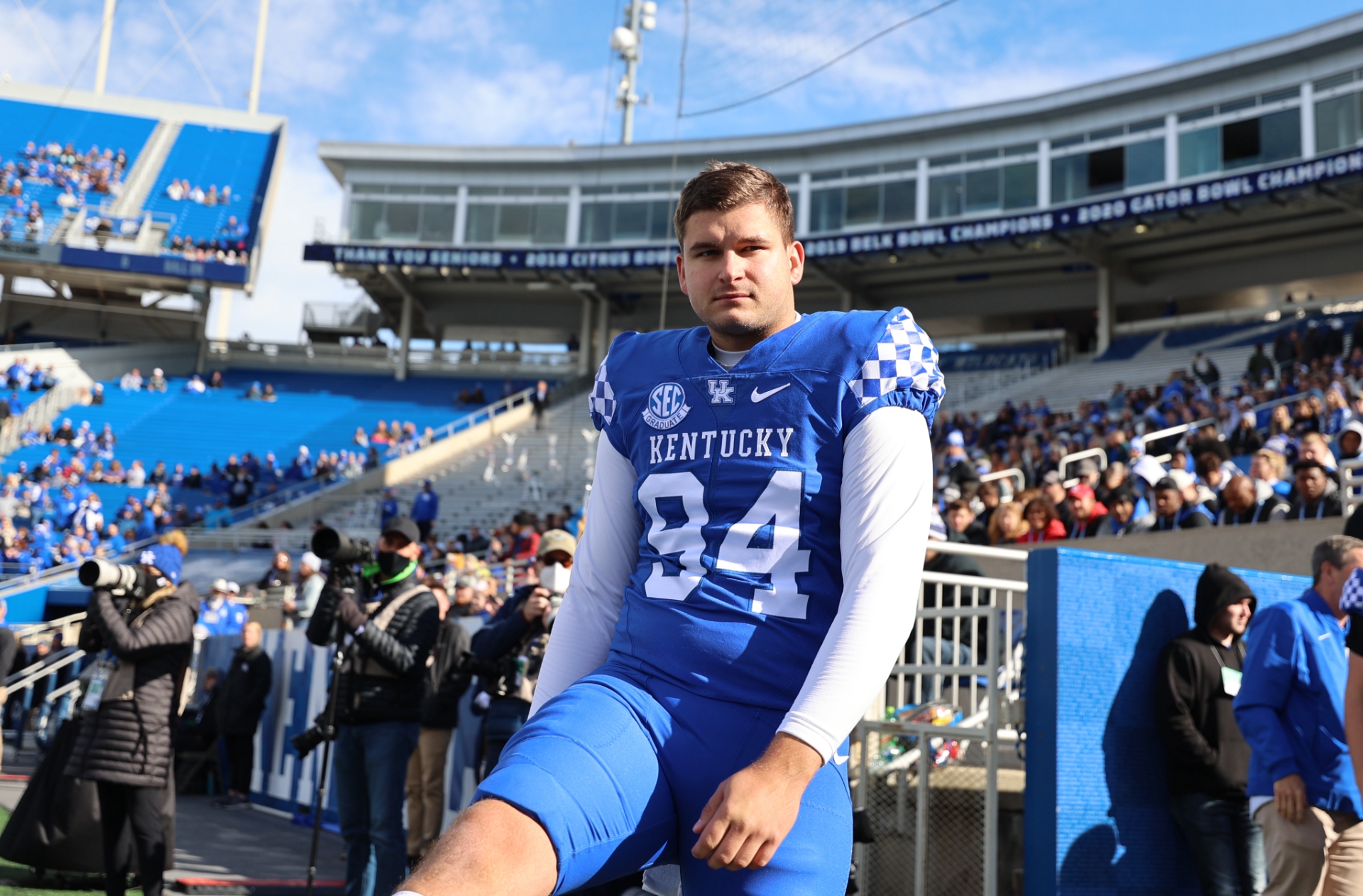 “I was always taught, ‘If you believe it, you can do it,” said Colin.

See how we care for Big Blue Nation at UK HealthCare.