Growing up, Omar Trevino loved horses. So did his family. “Some families go to football games or spend time together at basketball games,” he recalls. “My family hung out at the ranch. It’s been ingrained in me since I was a kid.” In fact, there’s not a time that Trevino can point to in his childhood when he wasn’t around horses, especially watching them race. “I’ve cut my teeth on tracks all across south Texas and the United States,” he jokes. 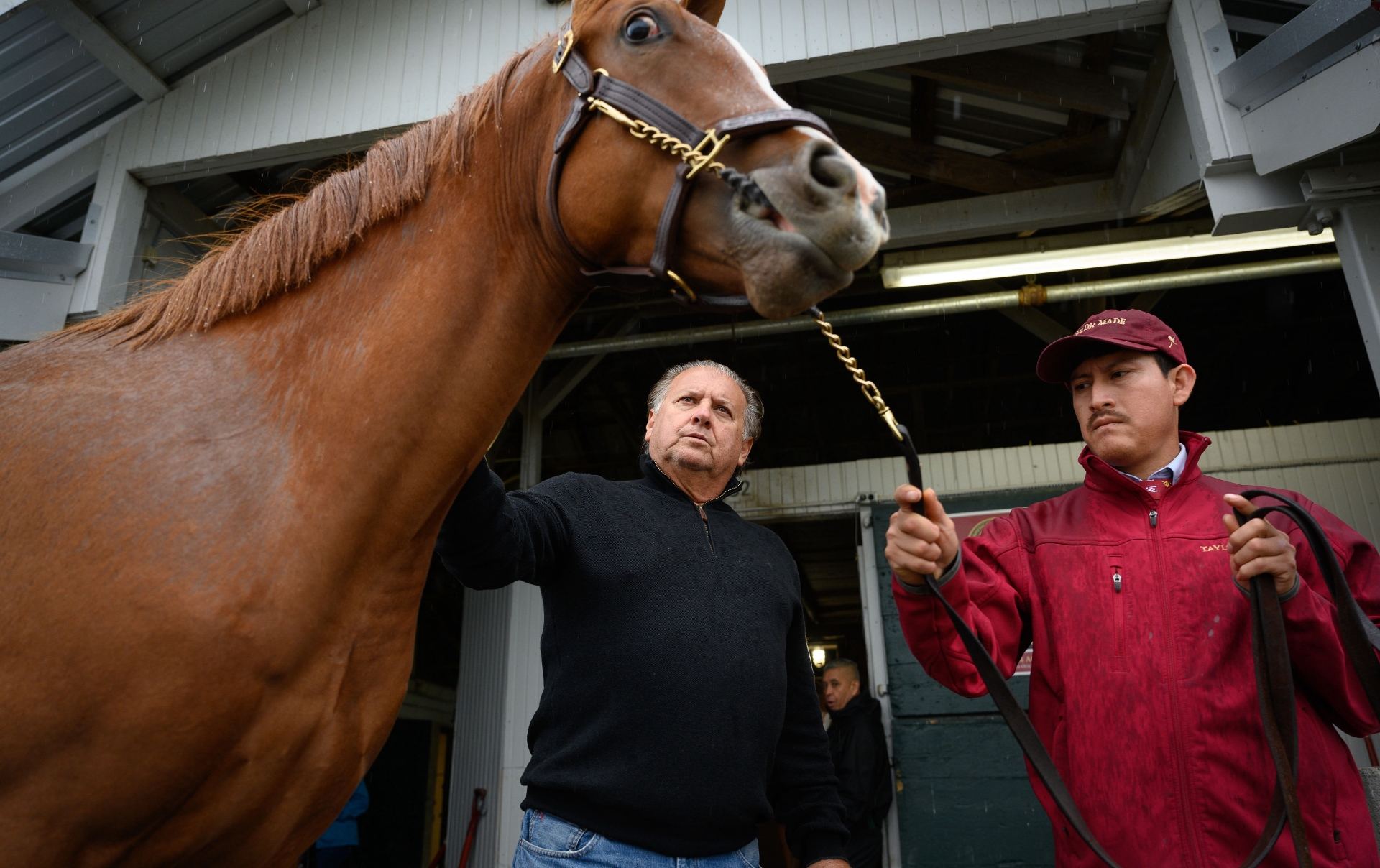 “I decided to come check out Kentucky and never left,” said Omar.

In 1988, Omar moved to Kentucky to get into the horse business for himself. 32 years later and horses are still central to his life. He owns his own bloodstock agency, Omar Trevino Thoroughbreds, and plays polo every chance he gets. “I was always an avid athlete—played basketball and racquetball—but the one thing that I always gravitated to was polo. I just love the game. I love the physicality. I love the action.” 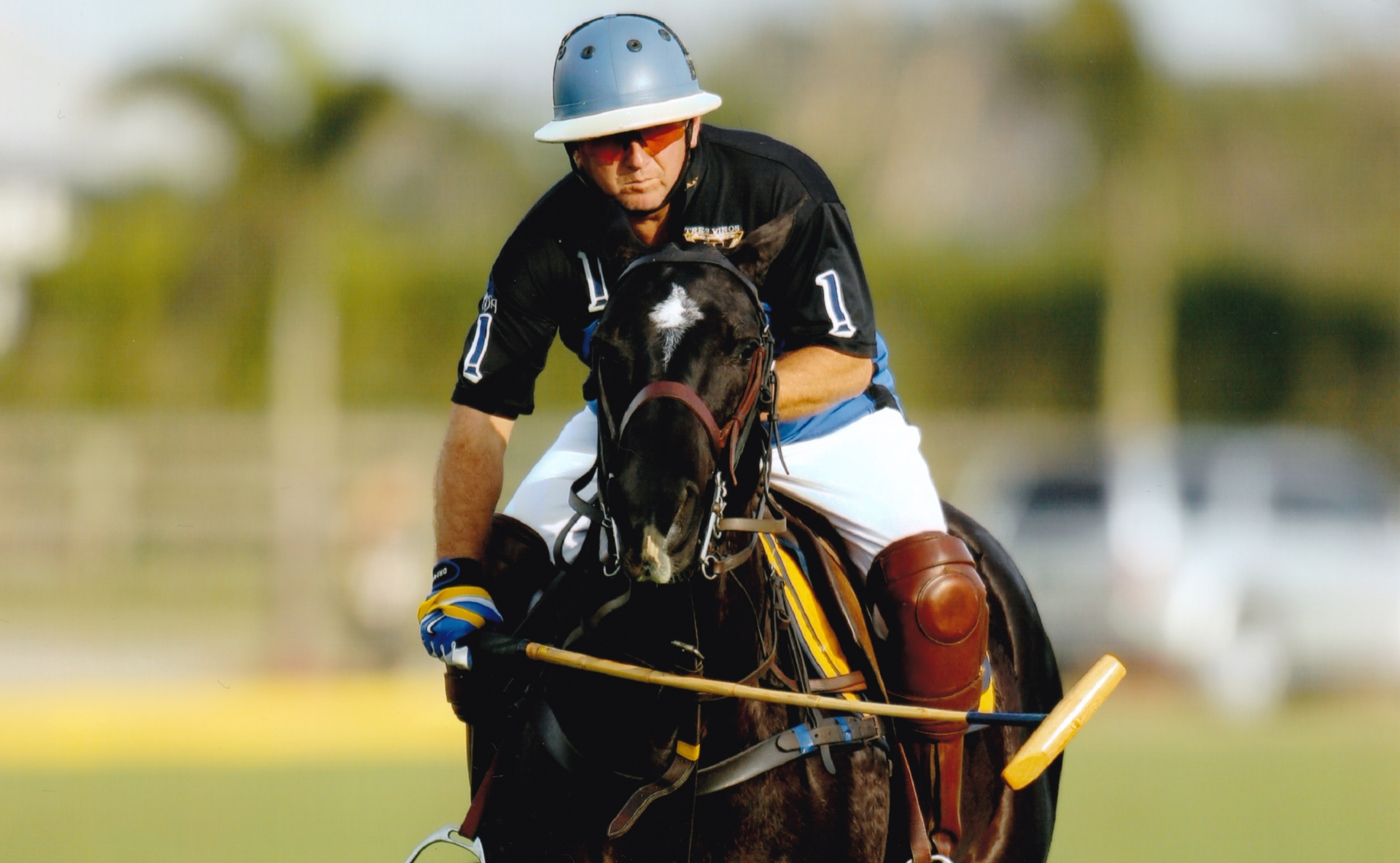 But his love of the game came with a price. Over a lifetime of playing polo, Omar’s gotten scratched up a bit and cracked a few ribs—problems he brushed off. But his biggest issues came in the form of ongoing pain in his shoulders and knees. He’d had surgery on his right shoulder a few years prior, and his left was starting to become unbearable. 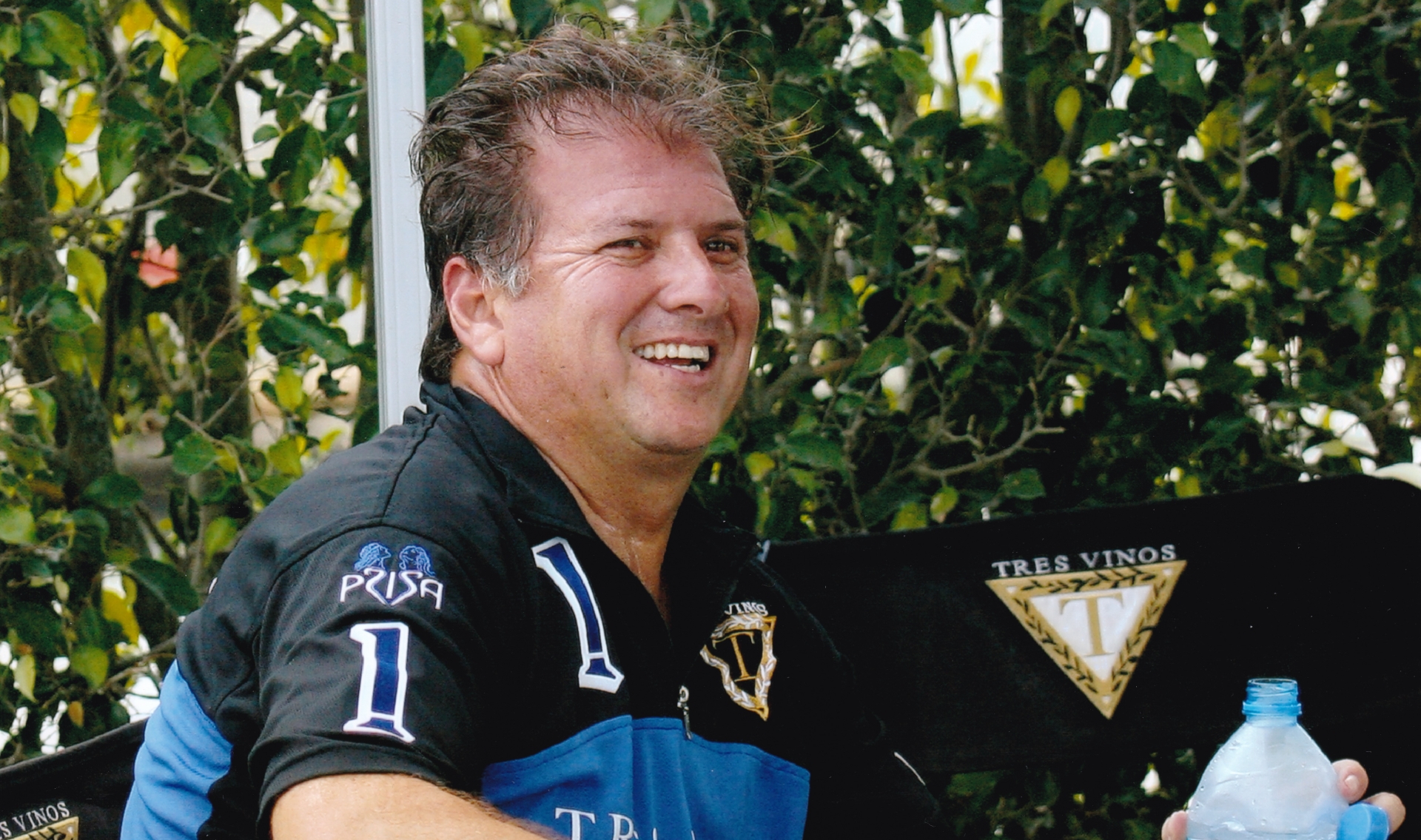 Polo took a toll on Omar’s body—but the thrill of the game kept him playing.

“Over time, you just deal with it,” he says of the pain he’d experience after polo matches. Nothing was broken, so he wouldn’t worry about it too much. But the pain in his left shoulder finally got to be too much. At the insistence of his wife, Omar booked an initial consultation with Dr. Scott Mair at UK HealthCare Orthopaedic Surgery & Sports Medicine to get his left shoulder looked at.

Omar left that consultation with a serious diagnosis: a torn rotator cuff and a torn bicep. “My rotator cuff was just dangling, basically. I couldn’t lift my arm all the way without having to use my other arm to help. It was time, so I said ‘If I’m gonna do it, I gotta do it now.’” 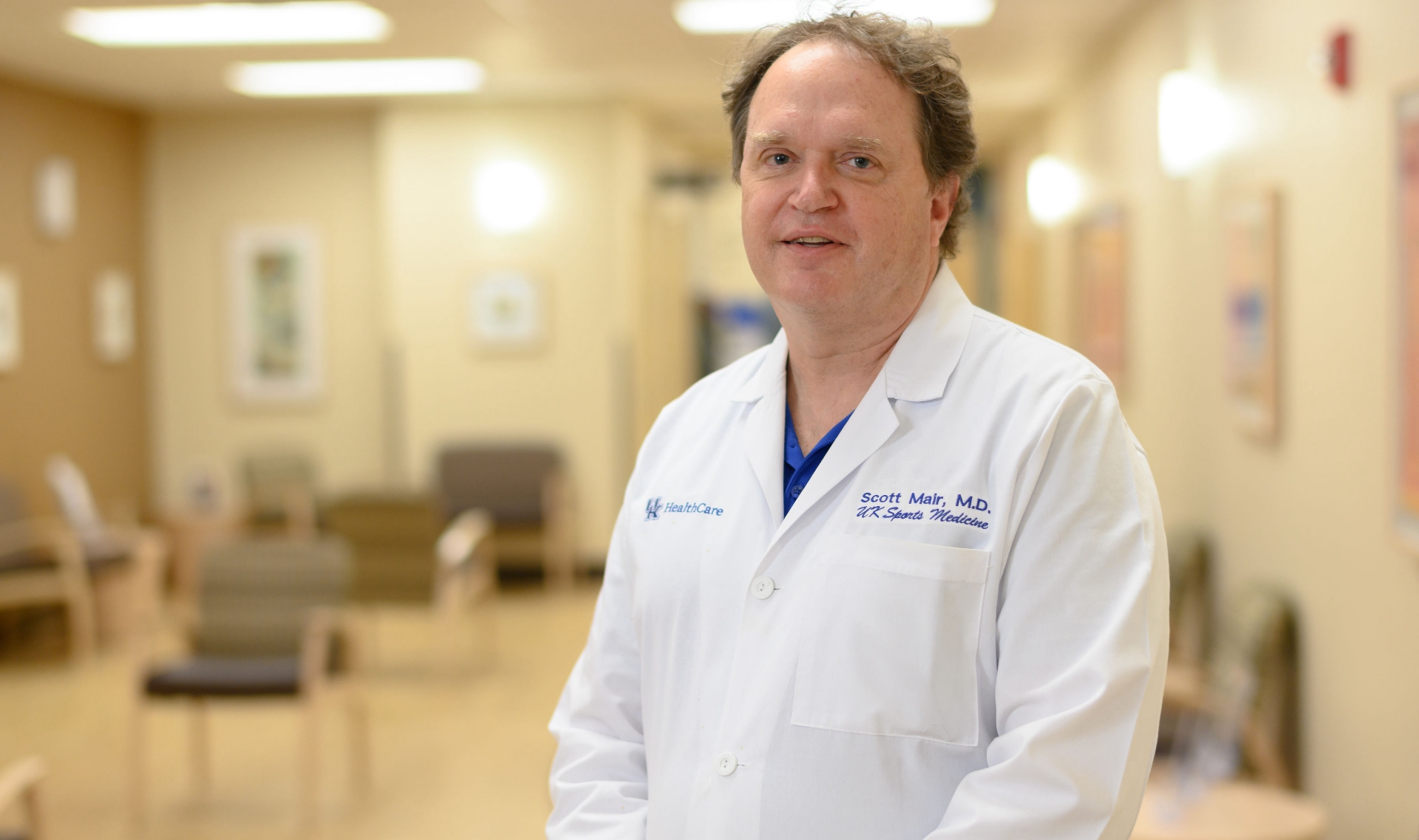 “The bigger the tear and the longer it’s been there, that makes it more complex. And he had a really big tear, about as big as they get,” said Dr. Mair. “The rotator cuff has four tendons, and his were all involved. We had to free it up from the scar tissue and bring it back to where it belongs. We arthroscopically put sutures that hold into the bone with little anchors, pass those through the tissues, and then tie knots arthroscopically. It’s kind of like tying a fishing knot. You have to be fairly patient [with the operation and rehab], but the results are usually pretty good if the tear is repairable.” 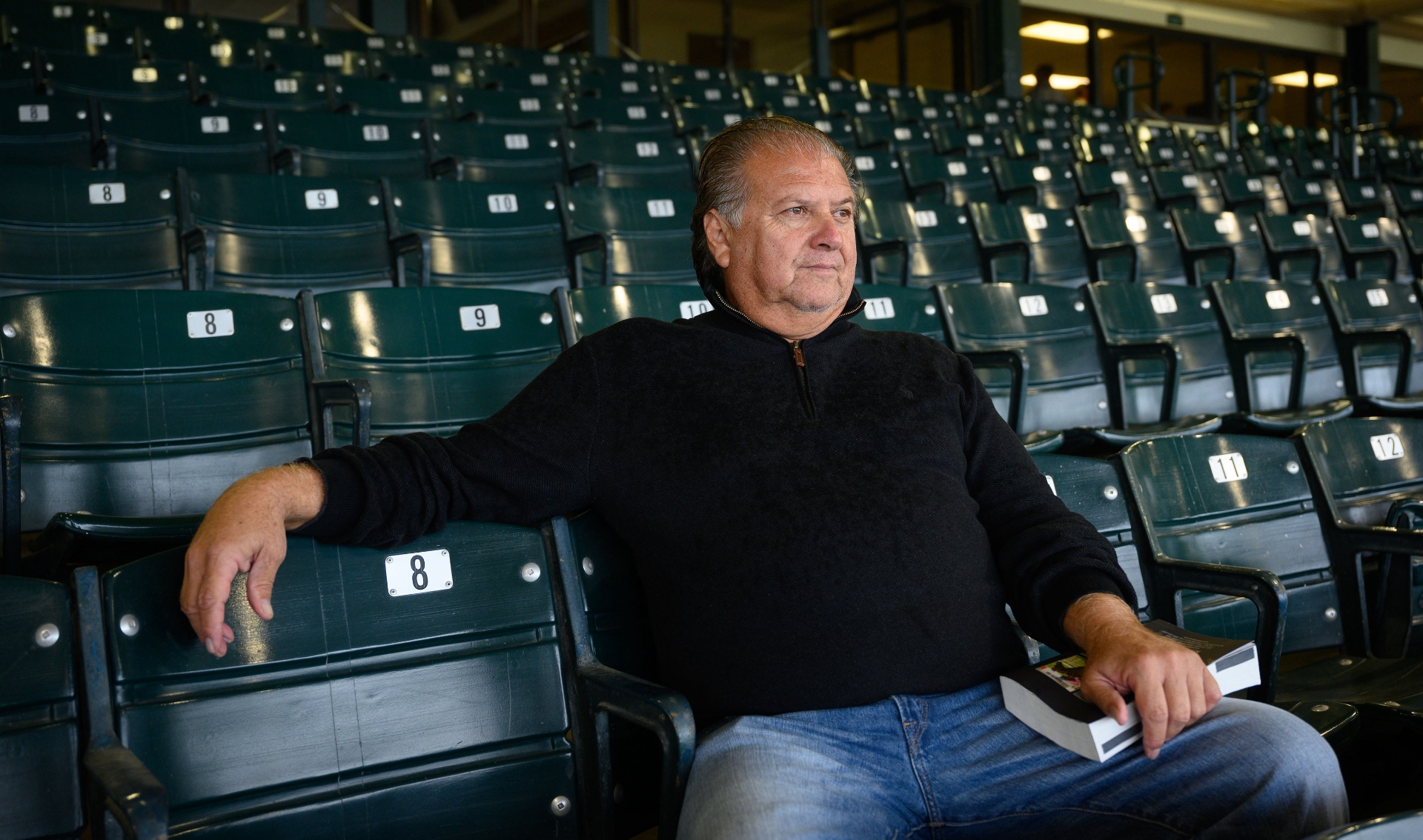 “It’s all good until you start getting older,” said Omar.

The process of surgery and recovery would take time, and Omar wanted to plan carefully to work around the polo season. He worked with Dr. Mair and his team to schedule his procedure, recovery and rehab over the winter, with a goal of returning to the polo field the following spring. 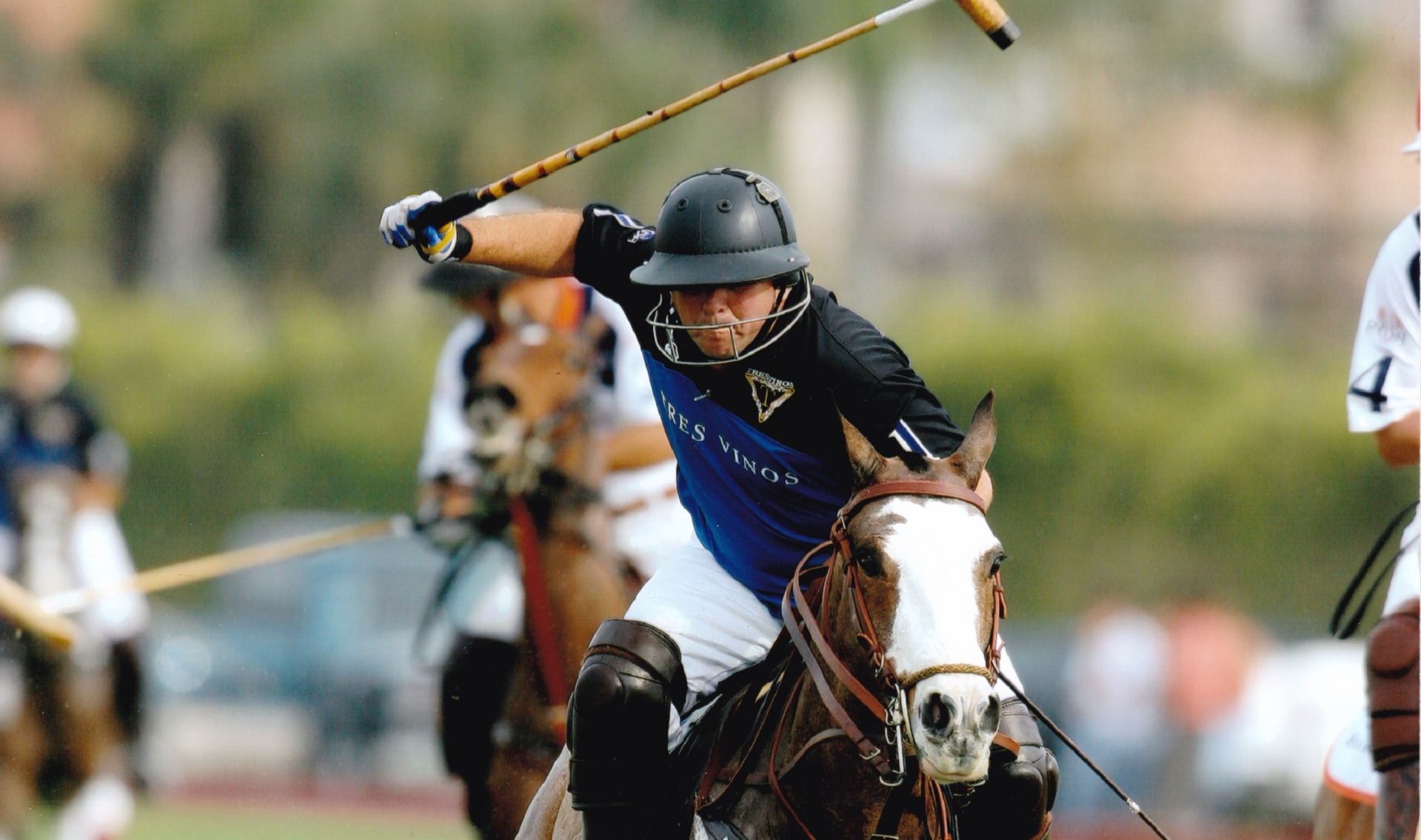 Omar needed a full range of motion in his shoulder to be able to play like he used to.

While Omar knew what to expect from the process of shoulder surgery, he was impressed by the efficiency of his procedure at UK HealthCare. Omar’s team took a minimally-invasive arthroscopic approach that didn’t involve opening up his entire shoulder. The surgery was quick and he was up and moving around within four days. He was eager to start his twice-a-week physical therapy so he could get back on a horse. Four months later, he was riding again. Today, he’s back to playing polo—and the difference is night and day. 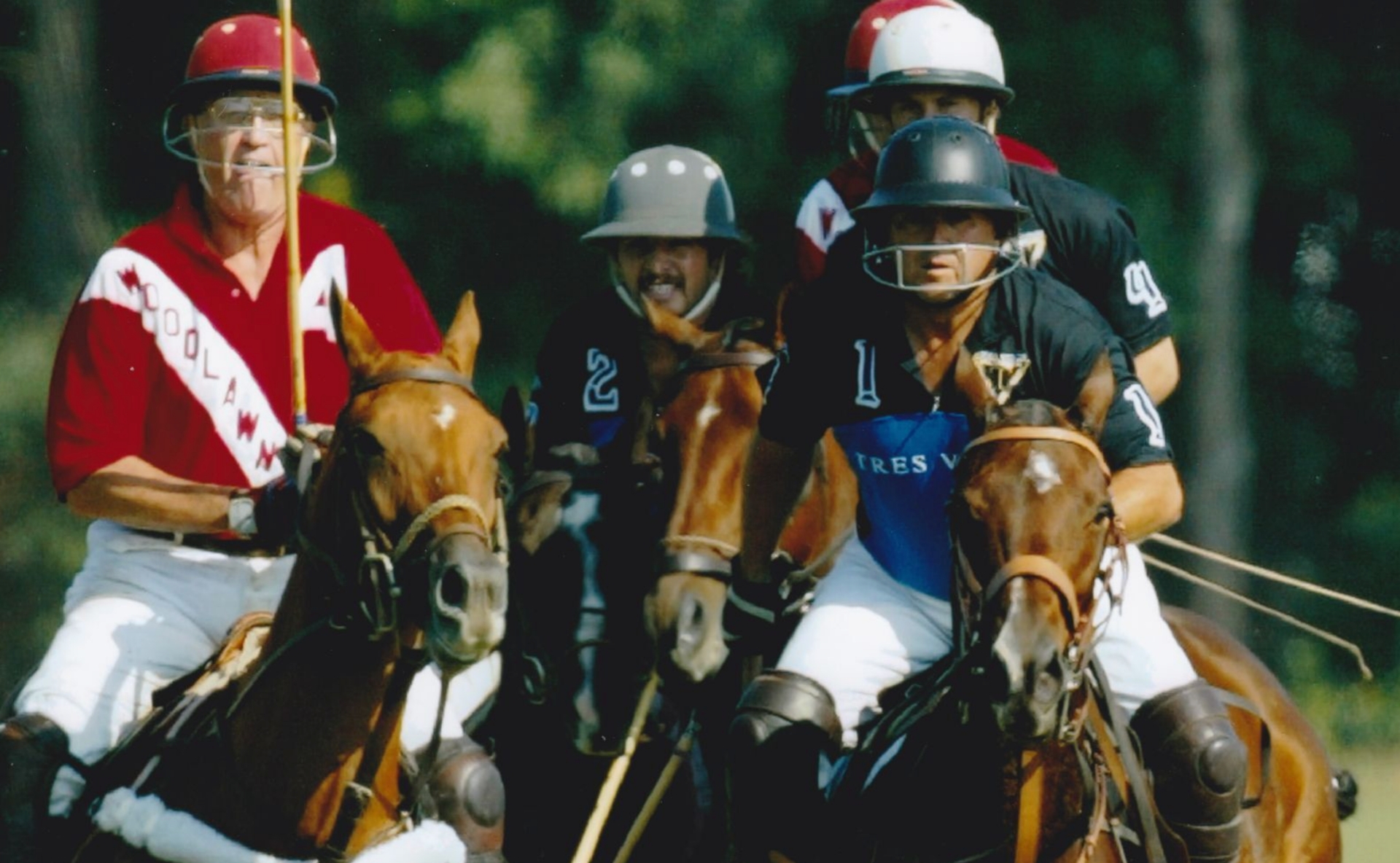 “I’m able to spread the field and hit the ball further,” said Omar.

“In polo, there’s quite a bit of physical contact. When a horse and rider come over to engage you, you use your body to brace yourself, so you brace and try to get the ball with your strong hand,” he explains, “Before the surgery I would just tap the ball—I couldn’t really take a full swing. Now I can take the ball and hit 100 yards in the air, which makes a tremendous amount of difference.” 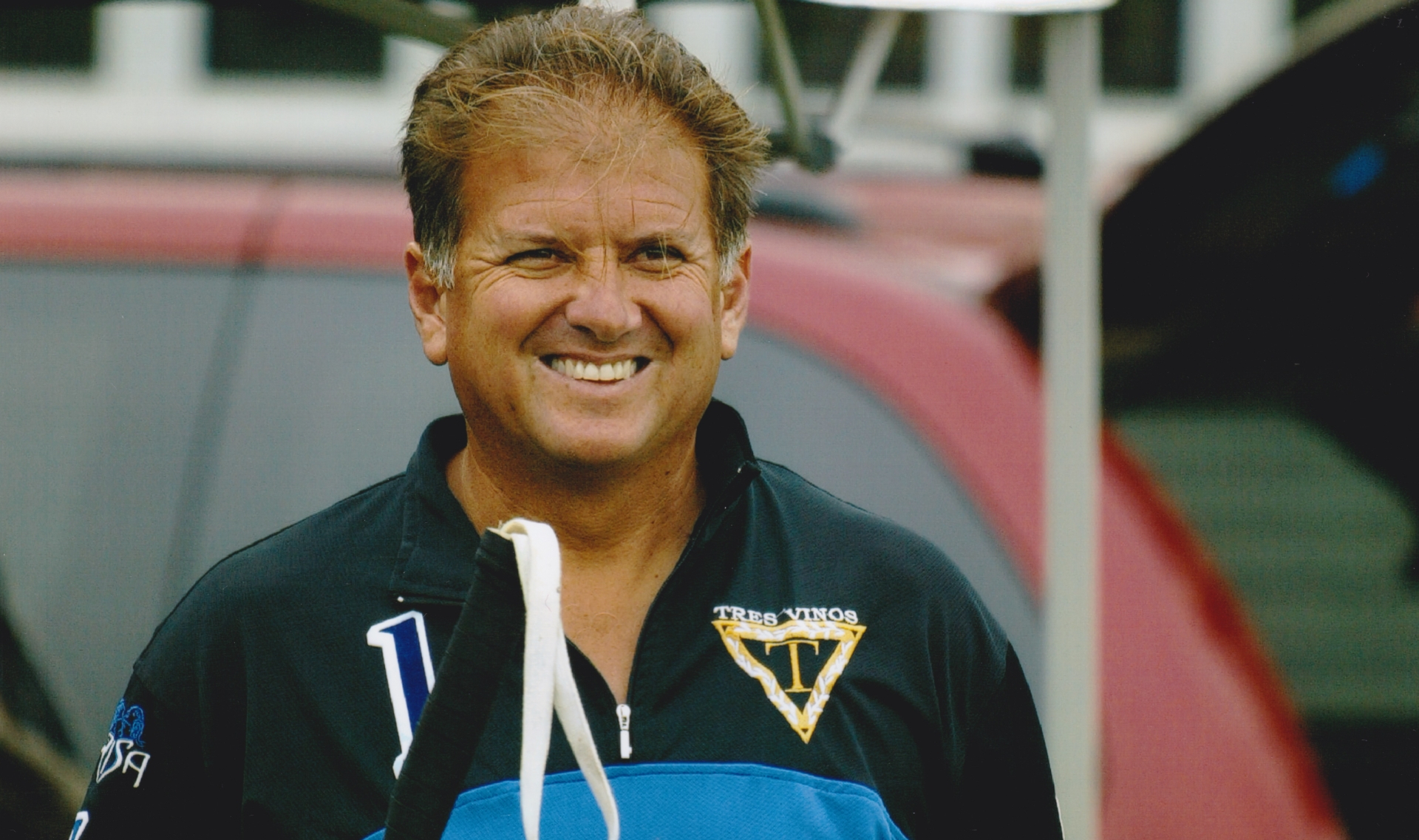 Omar’s polo game is back to where he was in his prime.

More than anything, Omar says he just feels good again and is able to enjoy the sport he loves without pain. He encourages anyone who may be dealing with pain of their own to go get checked out, instead of letting so much time go by like he did. With the right care, even a major tear like his was fixable, thanks to Dr. Mair and his team. 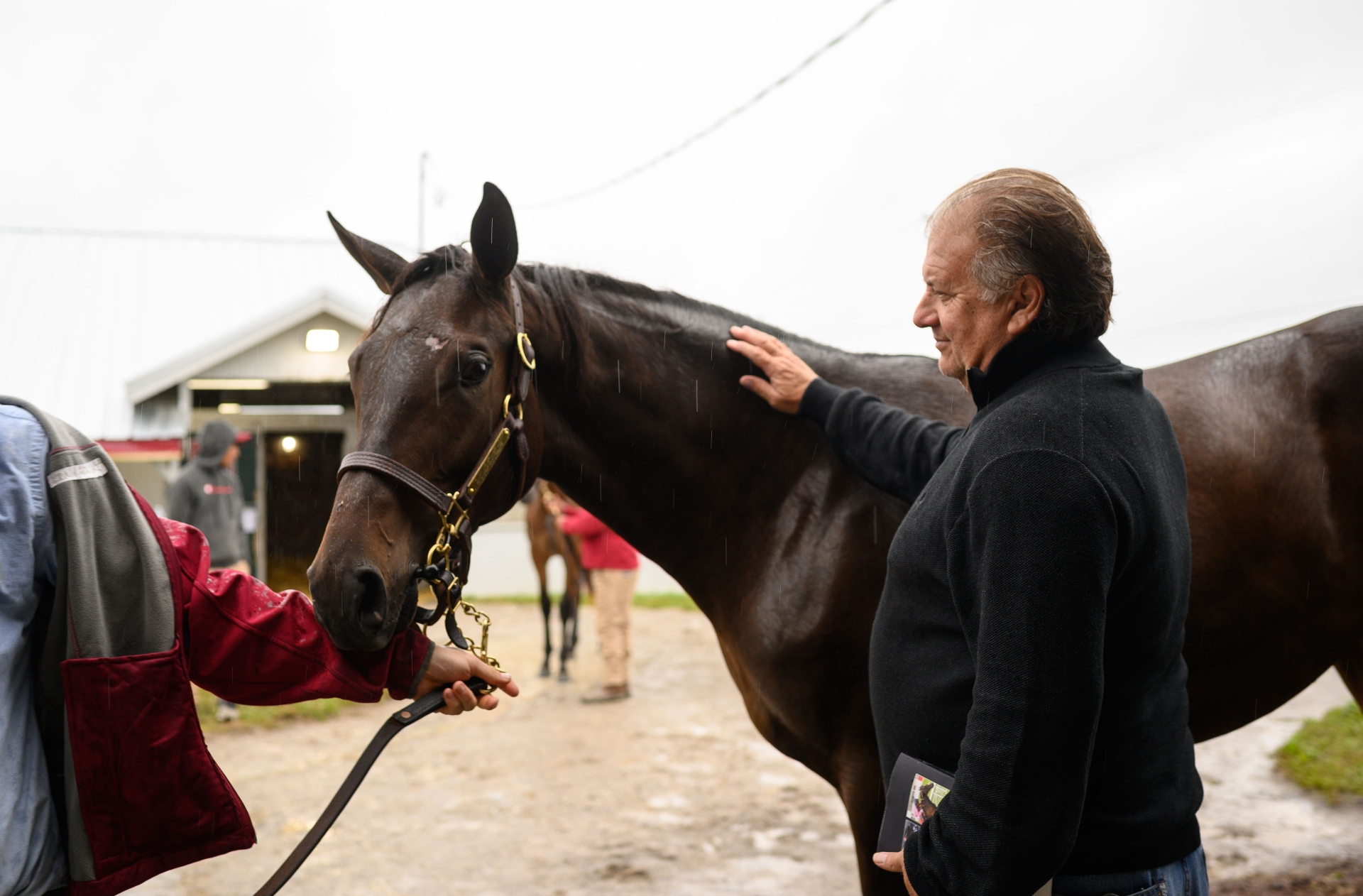 “It was quite an undertaking to get me put back together,” said Omar. “But they did a really good job.”

“There’s no reason to be in pain because where we’re at today, the way they put you together—I mean, Dr. Mair is just a brilliant, brilliant surgeon,” he says. “The professionalism was unbelievable. I mean, just unbelievable, from the very top to the bottom.” 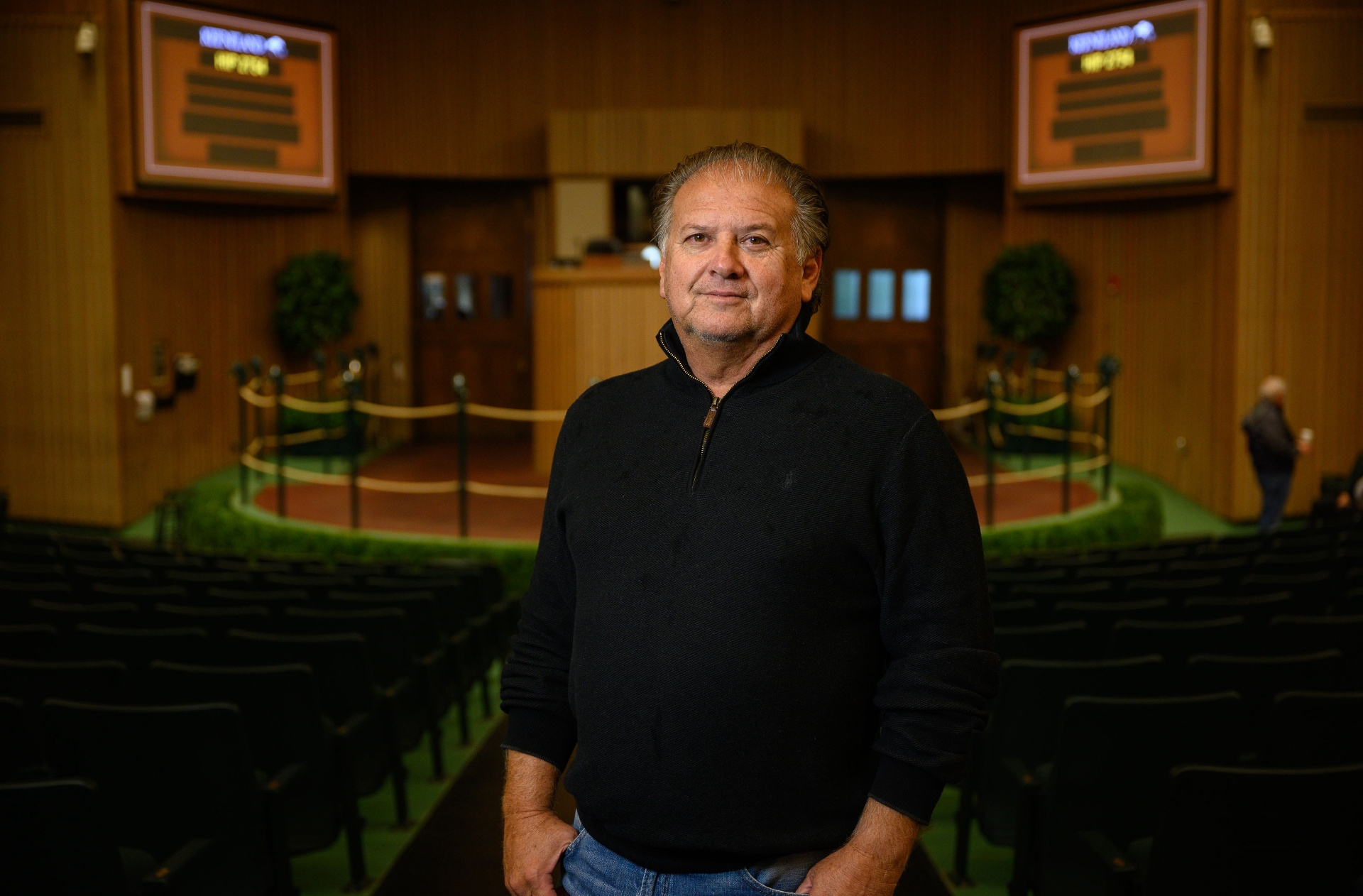 Back on the MatBig Blue Nation, Orthopaedics