Every year, roughly 20,000 infants are diagnosed with Trisomy 18, a condition that causes developmental delays due to an extra eighteenth chromosome. Of those 20,000 babies diagnosed with the disease before birth, very few are born alive. Of the babies who are born, about 70 to 90 percent die within the first year of life. 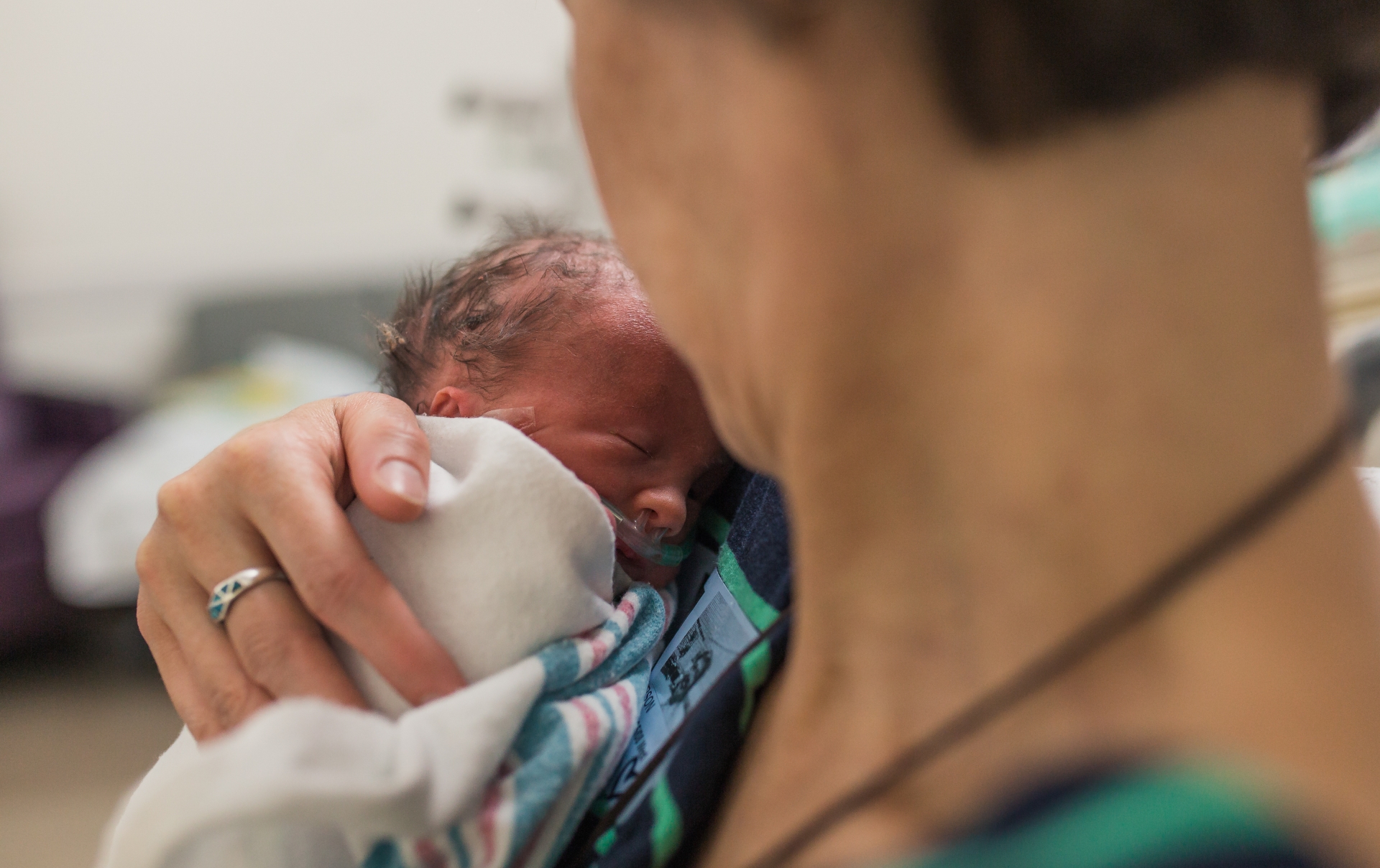 “Her life has been so different from [that of] a lot of children with Trisomy 18,” said Karla Duerson.

But there are some babies who beat the odds, get the care they need, fight through their first few hard months, and live beyond their first year. One of those babies is Wylie Duerson.

Born in May 2019 to Karla and Gavin Duerson and five older siblings, doctors knew there was something impacting Wylie’s health when she was in her mother’s womb. 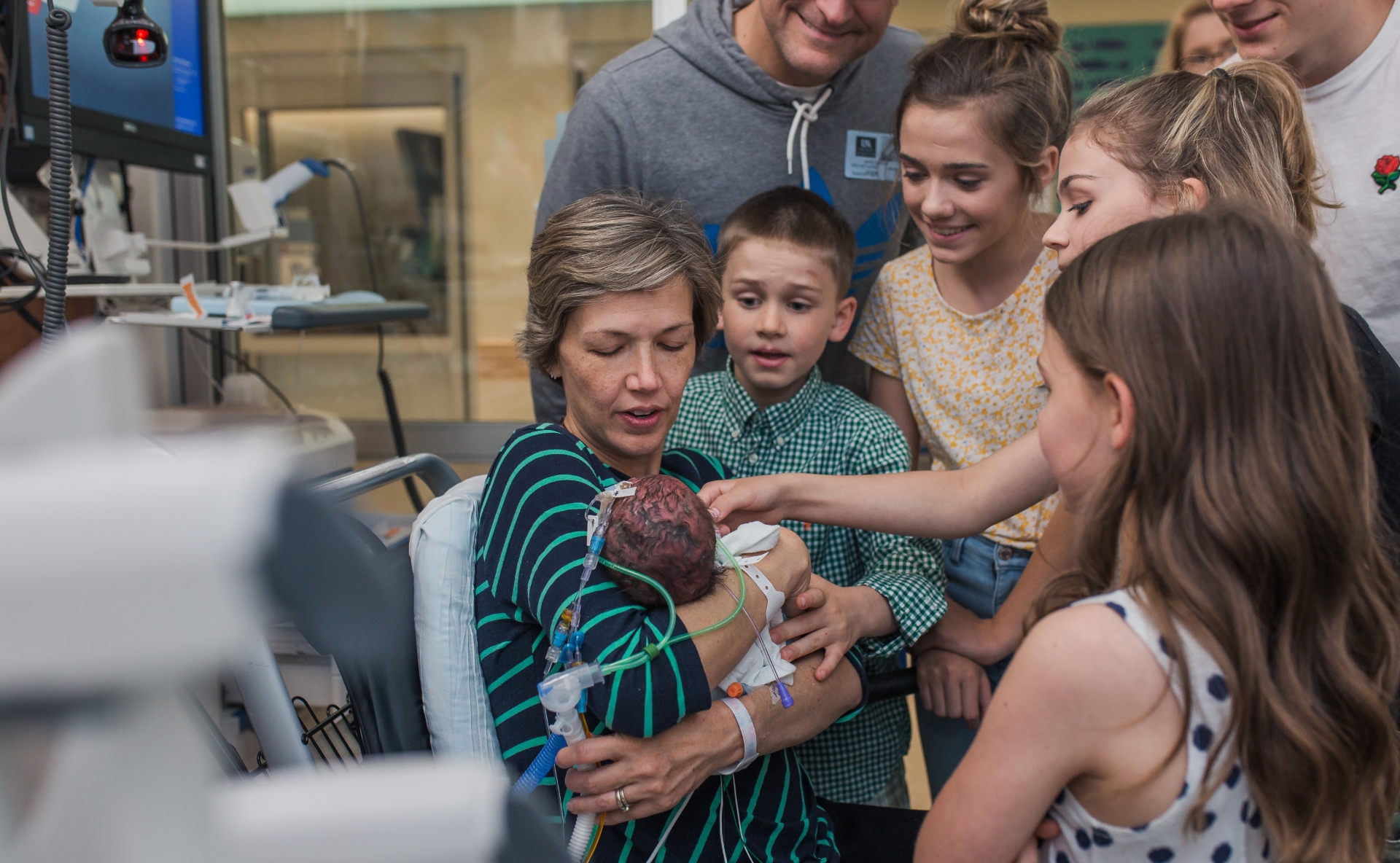 “It was quite a shock when we learned that she had a very likely possibility of Trisomy 18,” said Karla.

“We did an anatomy scan at 20 weeks, and they detected some problems with her heart and benign cysts that don’t cause problems themselves, but can indicate that there may be a genetic problem,” Karla recalled. After an ultrasound with a high-risk obstetrician, doctors believed that Wylie had Down syndrome, also known as Trisomy 21; however, a noninvasive prenatal screen that used a blood sample from Karla indicated a high likelihood that Wylie had Trisomy 18. As the pregnancy progressed, doctors began to observe other markers of Trisomy 18—like clenched hands and how little Wylie was growing. But her official diagnosis wouldn’t be given until her birth. 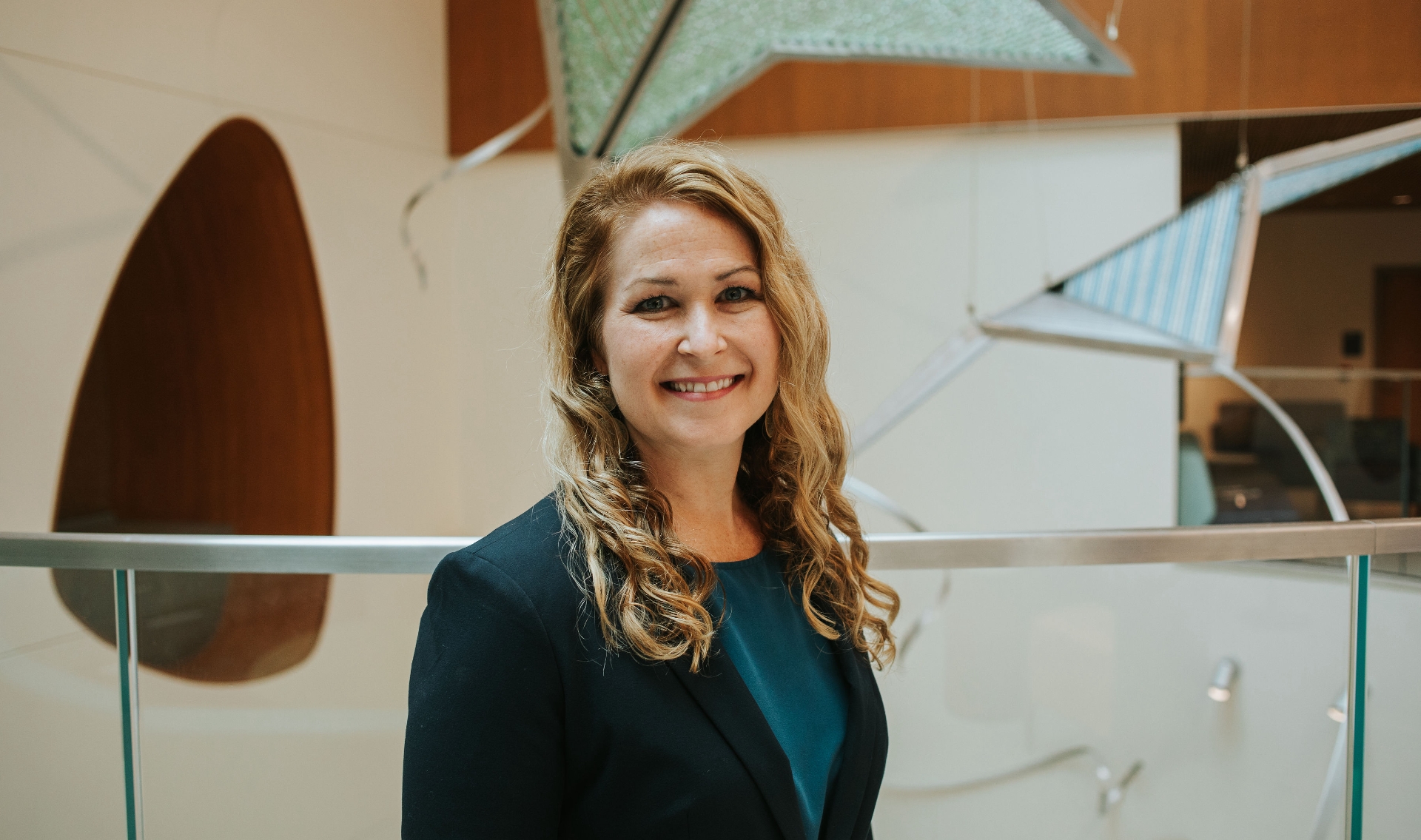 The Duersons were referred to the congenital heart clinic at UK HealthCare’s Kentucky Children’s Hospital. Dr. Louis Bezold, Chief of Pediatric Cardiology and part of Kentucky Children’s Hospital’s nationally ranked Joint Heart Program with Cincinnati Children’s, explained that Wylie would likely be born with holes in her heart—but that she wouldn’t need emergency surgery right away. Together, Dr. Bezold and the Duersons made a plan to wait until Wylie’s birth and growth to give her the best chance at success during open-heart surgery. Finding a pediatric heart expert who could give Wylie the exact care she needed, especially so close to home, was a huge relief for the Duersons. 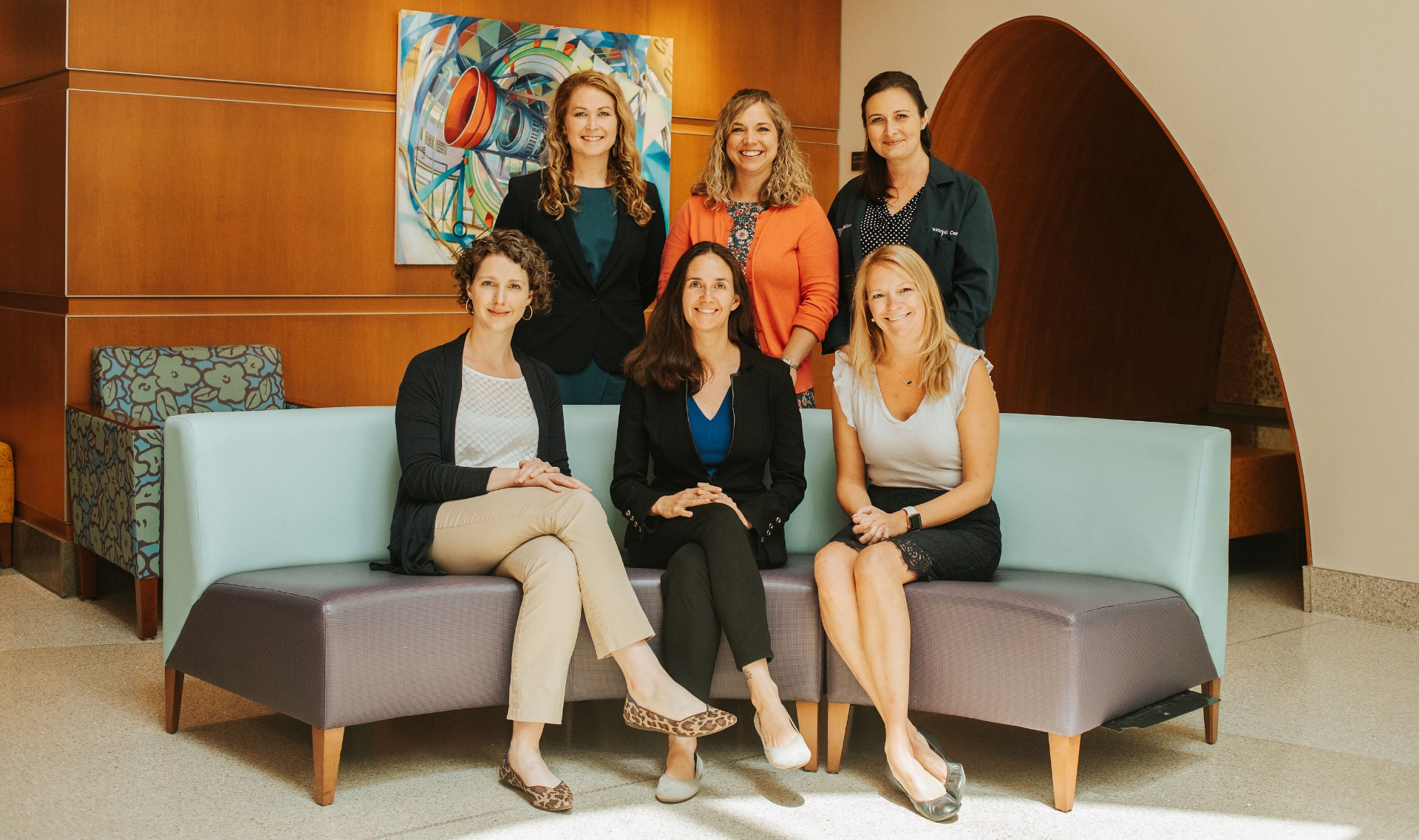 “All these doctors and providers are wonderful,” said Karla. “We’ve had so much good support.”

“There are parents that are having to advocate for themselves and send their children’s medical records all over the country looking for a surgeon who is willing to do a surgery on a baby who has Trisomy 18,” said Karla. “And we’re literally less than 10 minutes away.”

A team of doctors, social workers and NICU nurses began to work with the Duersons, helping support them through the rest of Karla’s pregnancy and preparing them for Wylie’s birth. A key part of that group was the Pediatric Advanced Care Team (PACT) at Kentucky Children’s Hospital, an interdisciplinary team dedicated to improving quality of life and relieving symptoms for children with serious illnesses, as well as supporting their families. 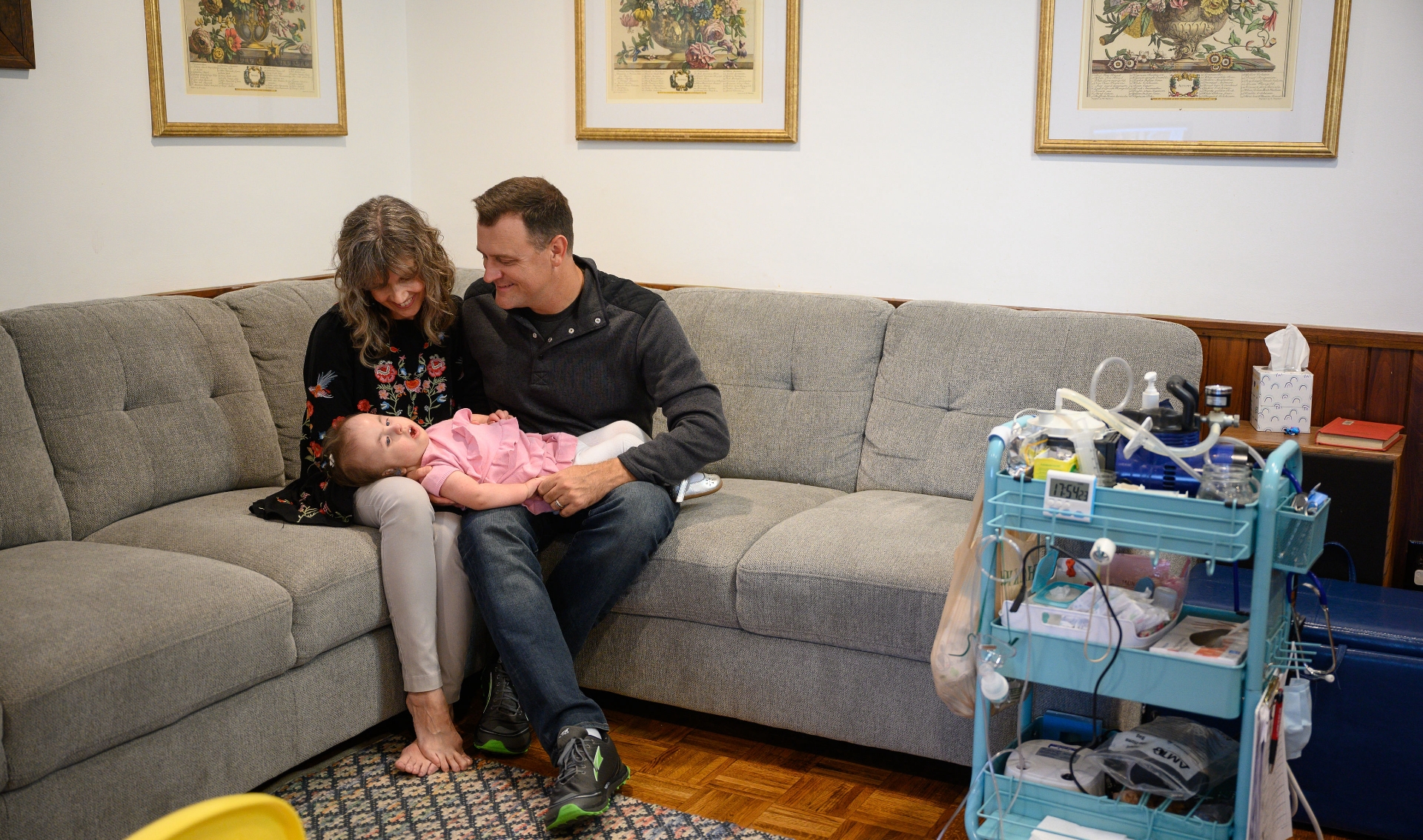 “She is the easiest little thing to take care of,” said Karla. “She’s sweet and content.”

“While there is no cure [for Trisomy 18], there are some medical things that we can do to help support their body,” explained Dr. Lindsay Ragsdale, a pediatric palliative care physician and Director of PACT. “Most people think palliative care is end of life care, but really, it’s about kids with serious illness and how we help them live each day the best they can. So, it’s really about living.” 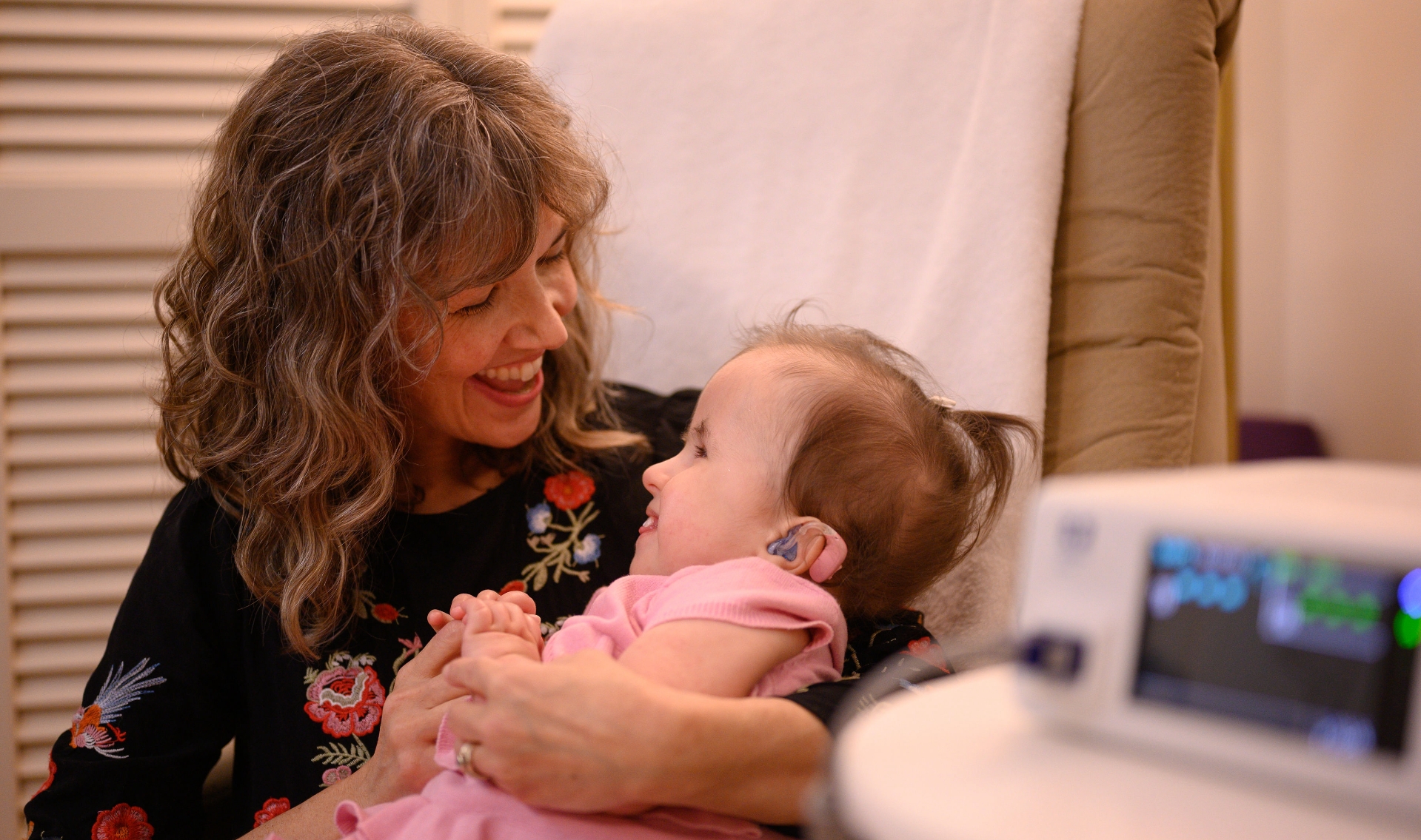 Leading up to her daughter’s birth, Karla made it a point to read resources from other mothers of children with Trisomy 18. “It definitely helped me get in a mindset of just enjoying each day with her. I just tried to enjoy her life inside of me, not knowing how long she would be with us,” Karla said. “Going into her birth, I imagined going to the Lexington cemetery. I imagined choosing a plot. We didn’t set up anything at home, we didn’t put up a crib.” 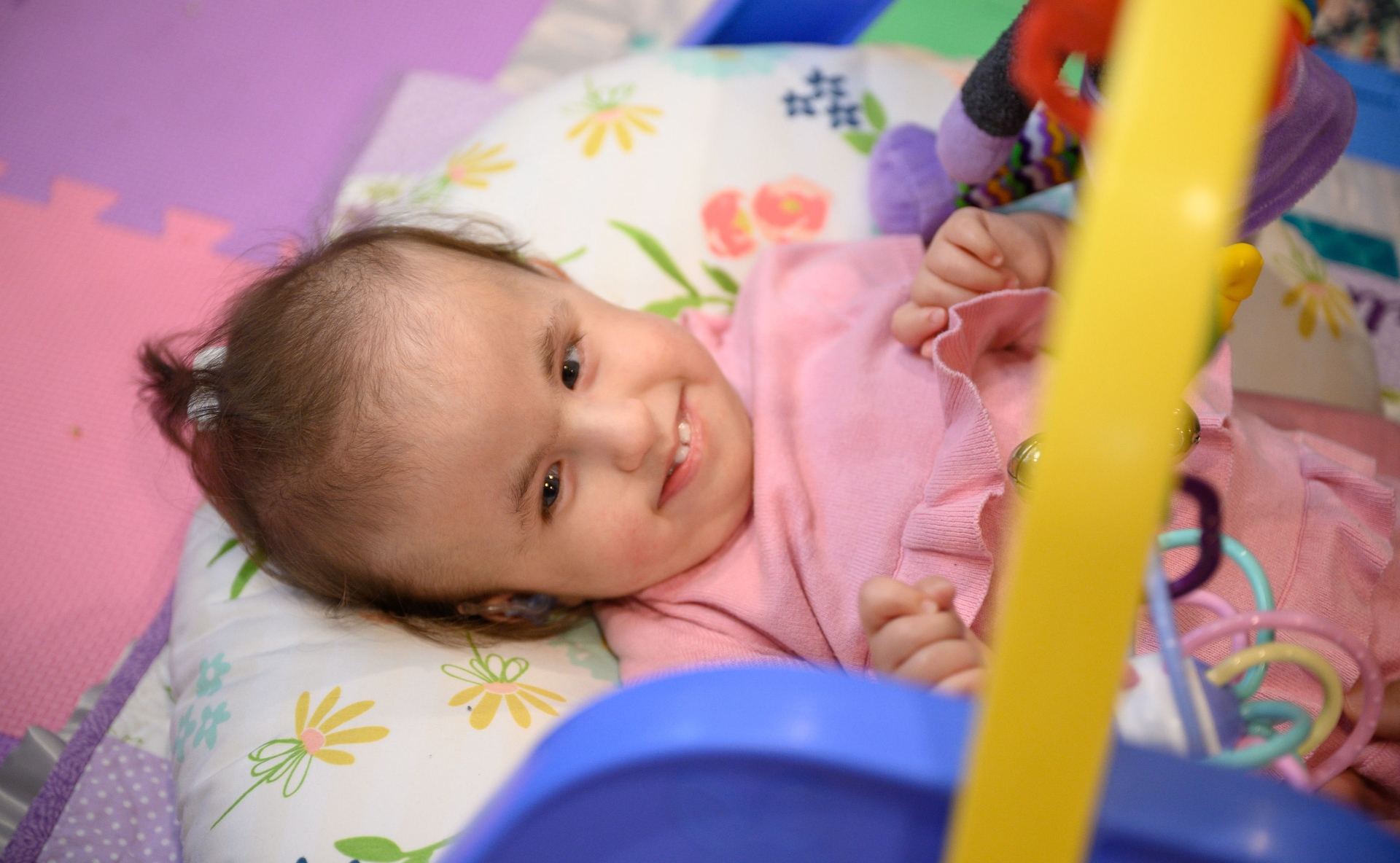 Wylie's happy disposition means she usually has a bright smile on her face.

Even when Wylie was born, her family didn’t have many expectations. “She was born by C-section, and when they showed her to me, she was awfully floppy and blue. She didn’t look like a baby who was alive,” Karla said. “But they let my husband hold her, and I will never forget the moment. I’d just given birth and he just says ‘She’s breathing Karla, she’s breathing!’ And she just kept breathing and kept living.” 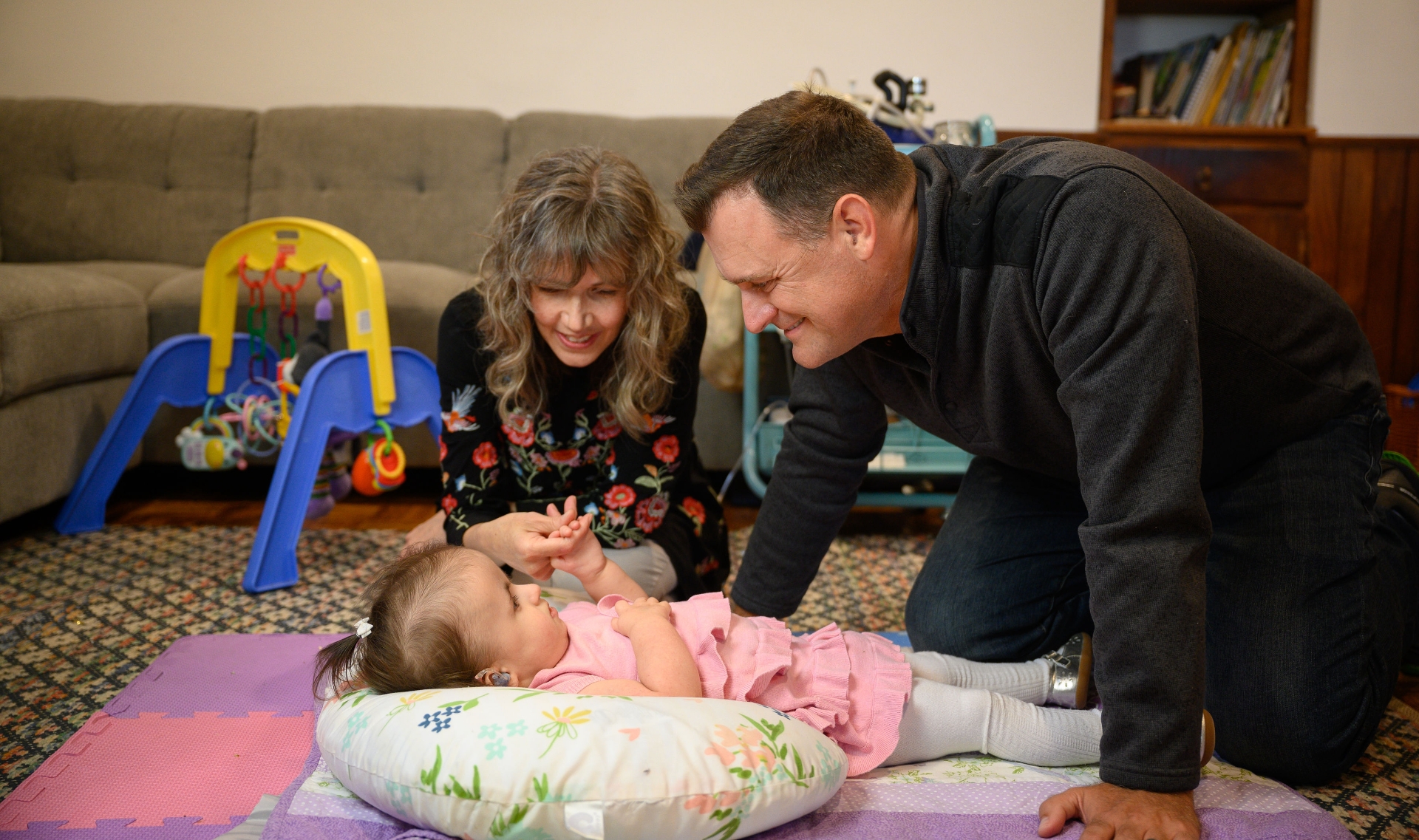 “Everybody, I think, was amazed,” said Karla. “I can’t even believe she’s here.”

Wylie was taken to the NICU, where she was put on a feeding tube. But to everyone’s surprise, she continued to breathe on her own. No additional oxygen was needed during the six weeks in the NICU before she was released to go home. The following few months continued to be a test of her strength, and proof of her spirit. 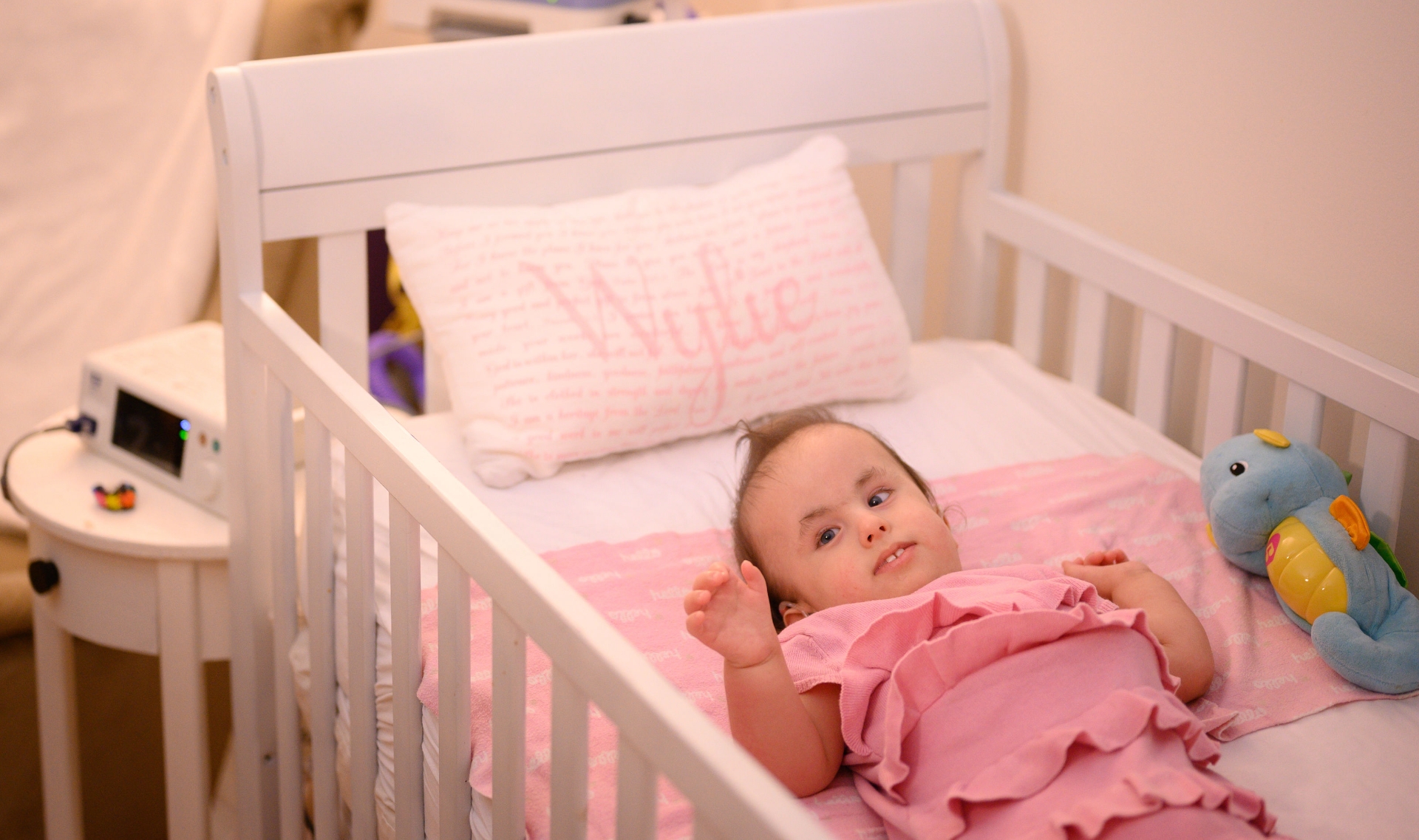 “The way we’ve gotten to spend time with Wylie has been a huge silver lining,” said Karla.

Wylie returned to hospital for irregular breathing. As Dr. Bezold had predicted, the holes in Wylie’s heart began giving her trouble, and she successfully underwent open-heart surgery before she was three months old. She had recurring UTIs, which caused fevers and led to seizures. She had a bout of rhino enterovirus and respiratory syncytial virus, causing respiratory issues that required PICU care. Karla estimates that Wylie spent 70 percent of her first 10 months in the hospital. 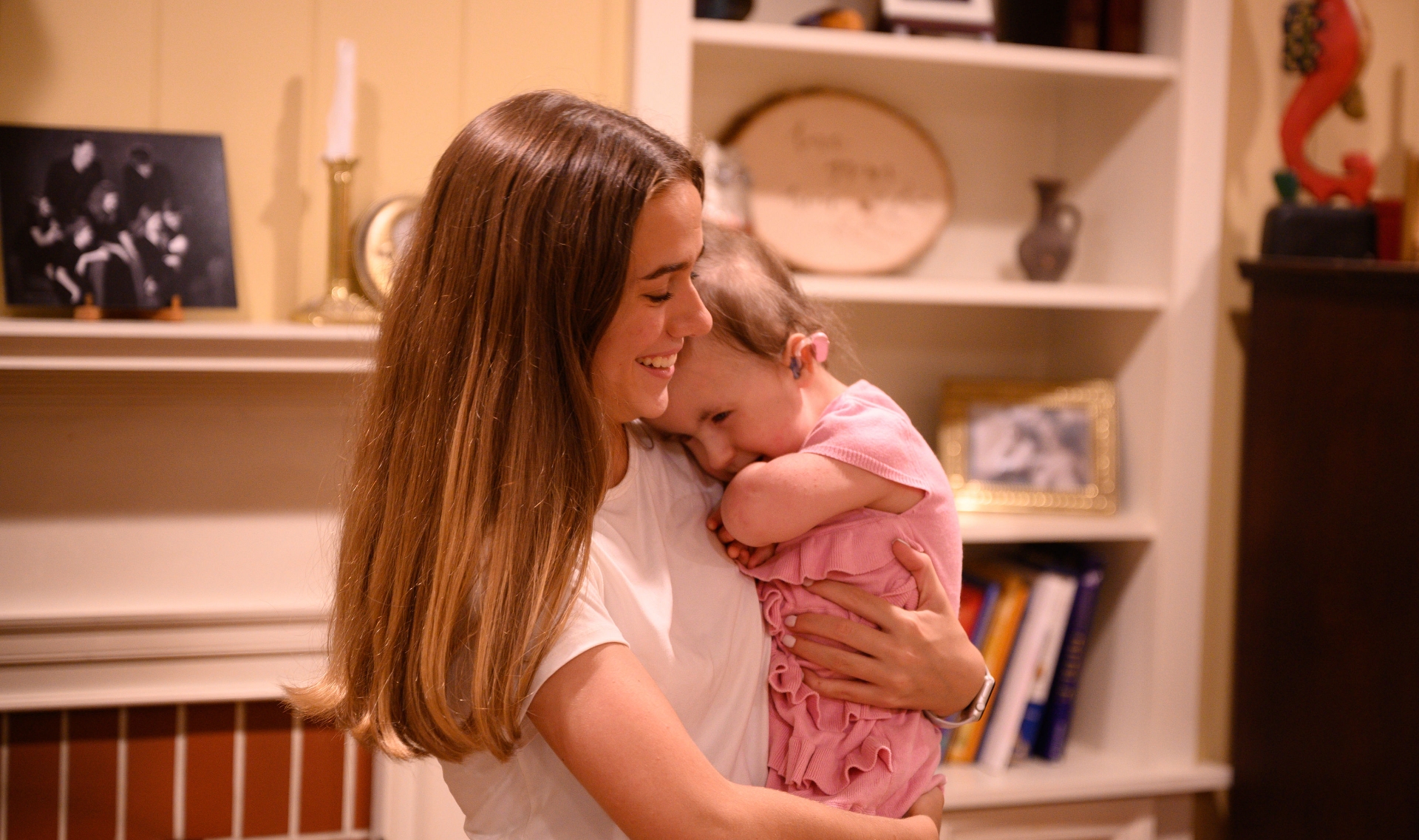 “She just really brightens up in a different way with [her siblings],” said Karla.

Wylie turned two in May of 2021—a milestone Karla couldn’t even imagine when she was born, and one most Trisomy 18 babies never see. Throughout the highest points of the COVID-19 pandemic, she didn’t get hospitalized once. Now, Wylie’s care mostly involves a feeding tube for formula and medicine, and physical therapy, which she just started attending in-person for the first time. She’s forging her own path, supported by her family and her medical team, coordinated by Dr. Ricki Goldstein with the NICU Graduate Clinic. 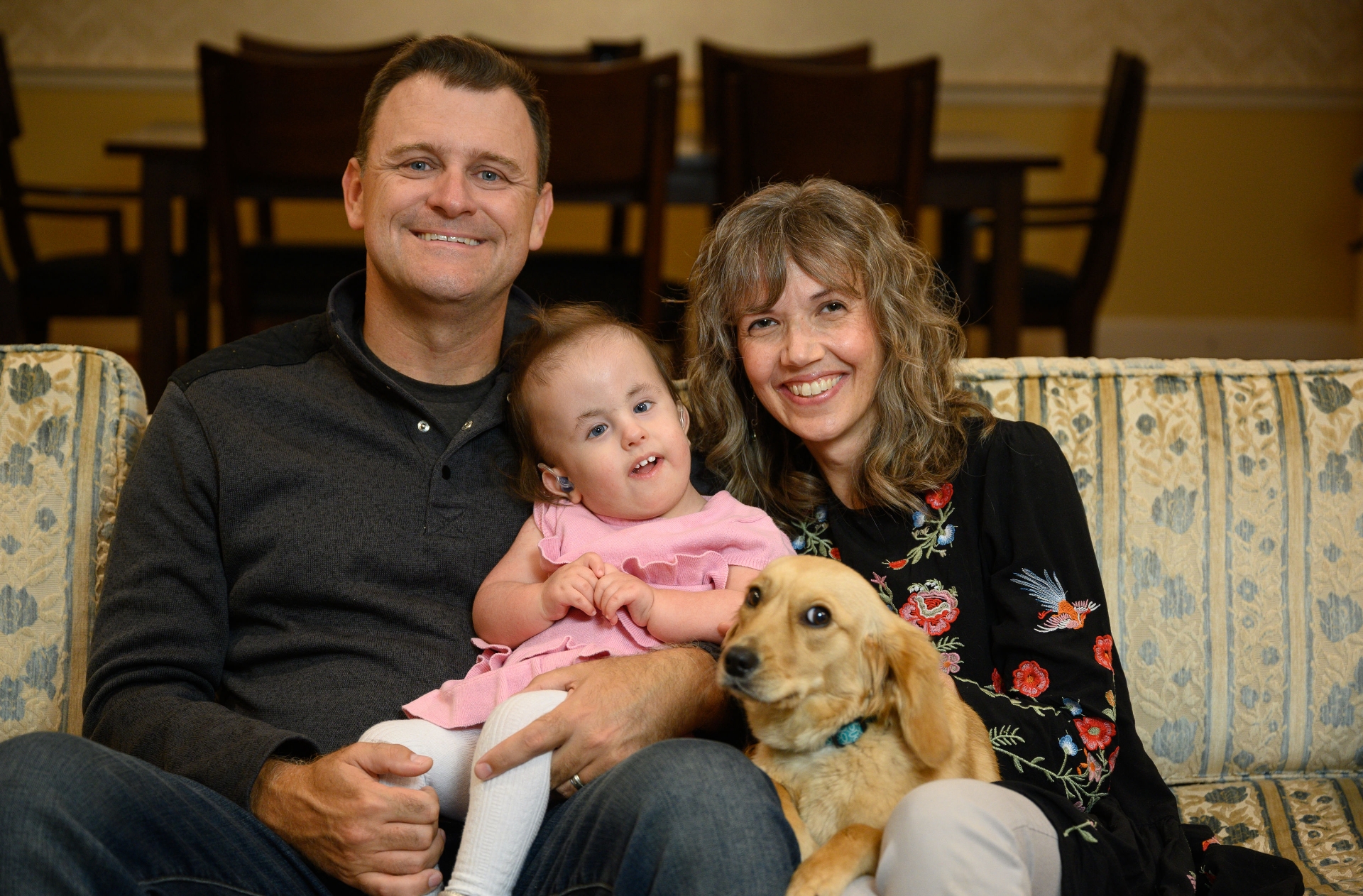 “Caring for her is a joy,” said Karla. “We give her cuddles, medicine, and love.”

“I remember Dr. Ragsdale saying, ‘We are going to see what Wylie tells us. What Wylie tells us she needs, we’re going to give her that.’” said Karla. “And Gavin and I were just like, ‘Is this real? This is exactly what we want to hear, but is it real? Can this really happen?’ And it did. Wylie can communicate her needs, and they really did respond to her—not just to their preconceived notions about a baby with Trisomy 18.” 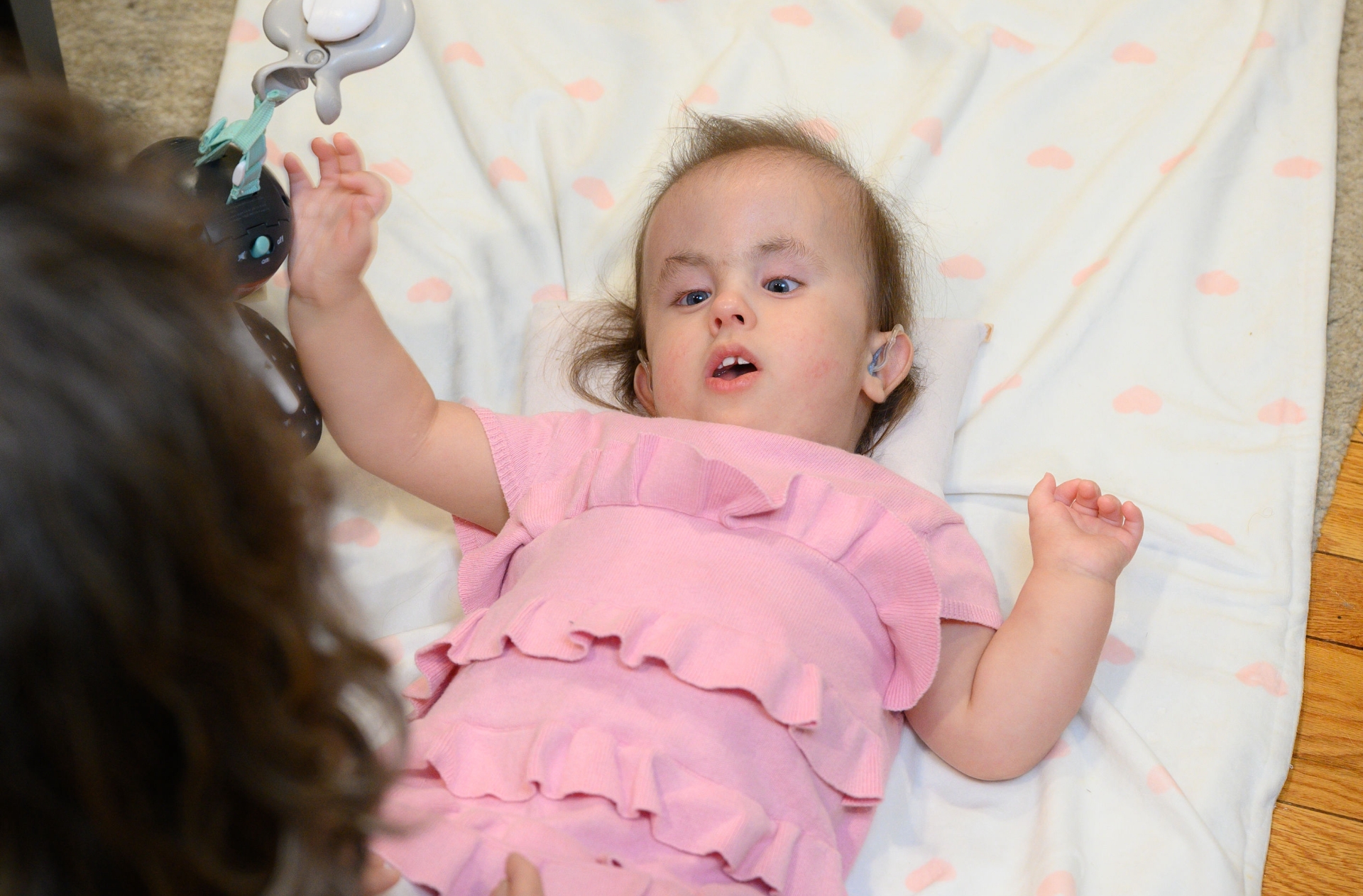 “Just to remember what she’s been through helps me not take life for granted,” said Karla.

“All the other patients who have had Trisomy 18 that have come behind Wylie—she kind of has helped forge some of those paths for us,” said Dr. Ragsdale. “This was kind of a new horizon for us to say, yeah, we should be offering more surgeries and more options for Trisomy 18. I think every children’s hospital over the past ten years has had this shift and it’s usually because they’ve had patients really change how they’ve done things. Wylie is cited by multiple professionals. We’ll say, ‘Let’s do it the Wylie way and see how it works.’” 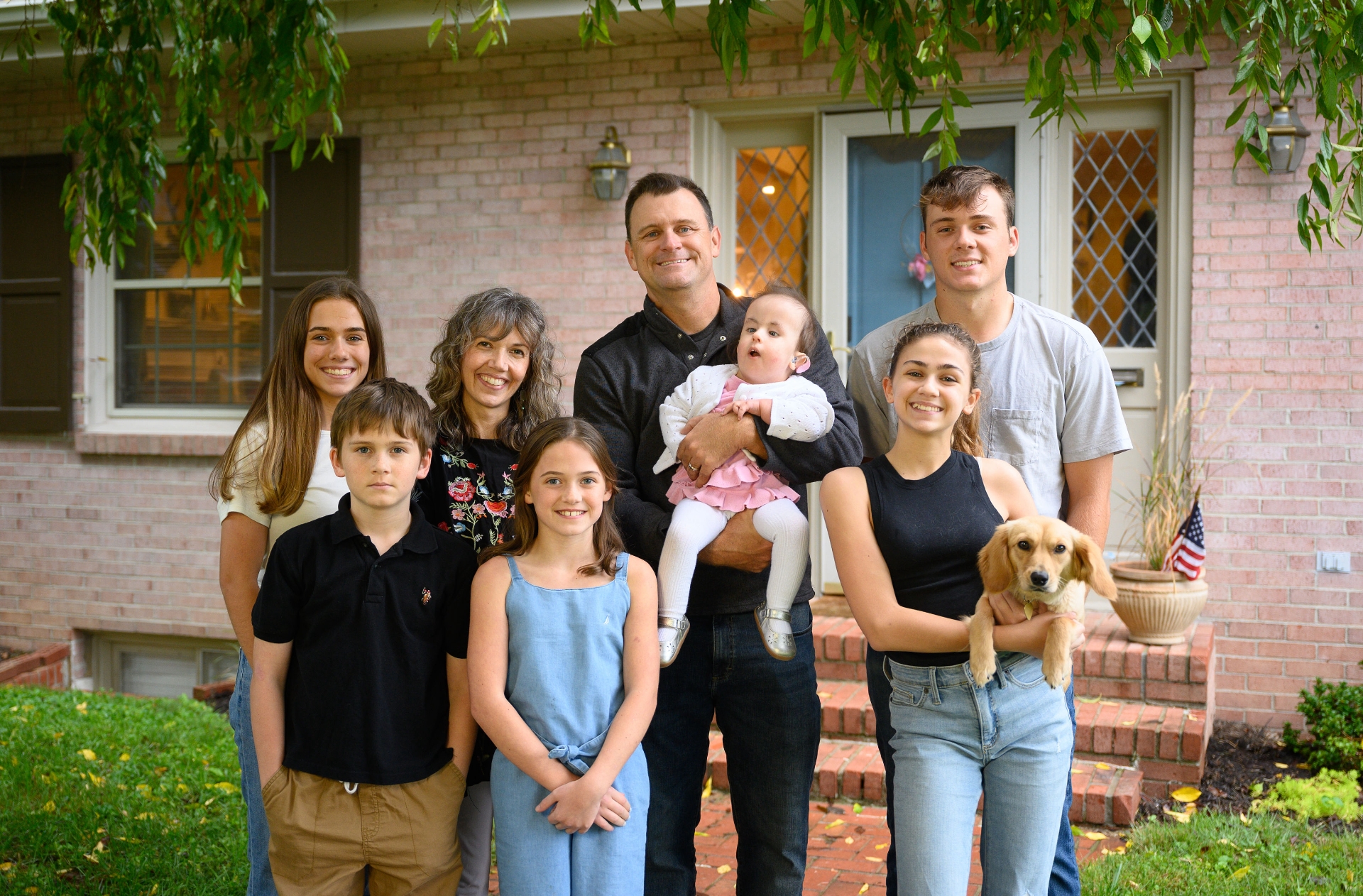 "Being able to share Wylie's story is a gift," said Karla. "I'm so thankful." 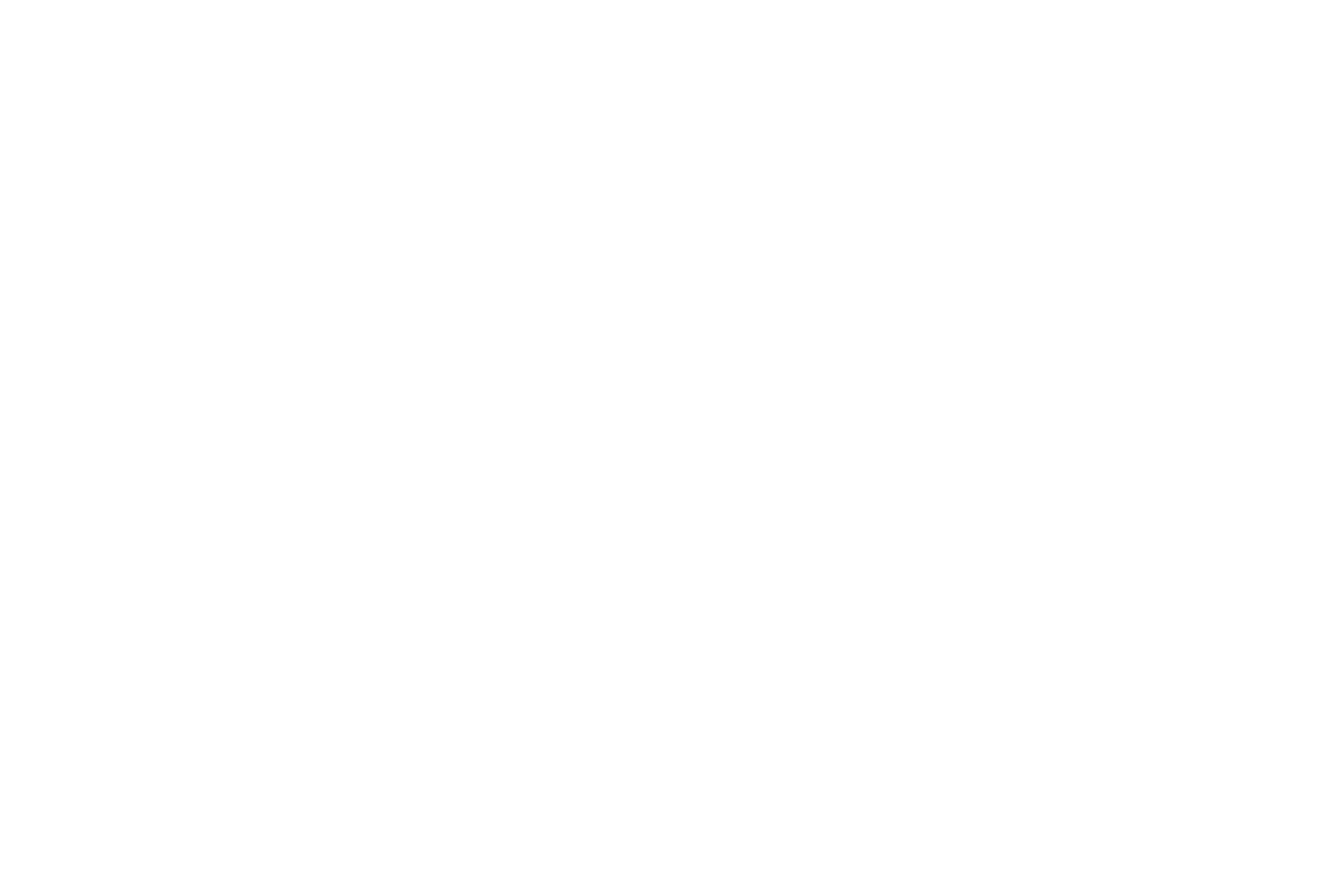