The Life of the Party

That’s how Gary Montgomery first told his daughter, Maria, about the diagnosis that would upend their lives—and leave a legacy that went far beyond their family. 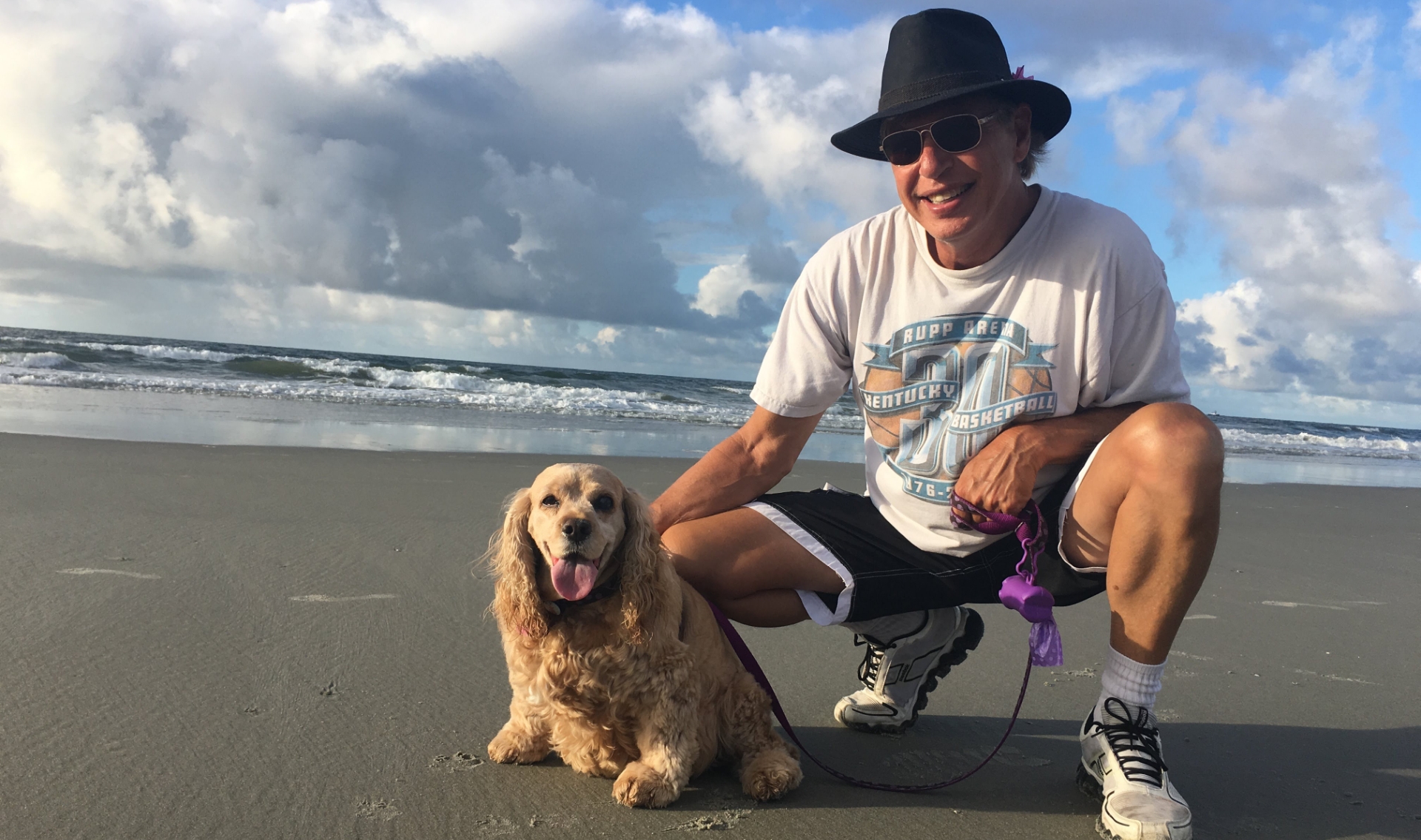 In the spring of 2019, Gary got sick with pneumonia. A career UPS driver who his family described as the life of every party, he’d always been active and healthy. But when he just couldn’t shake the illness, even after two rounds of antibiotics, his primary care physician ordered a lung scan—and saw a tumor on Gary’s pancreas instead. The doctor asked Gary and his wife, Susan, where they wanted to go for further care. 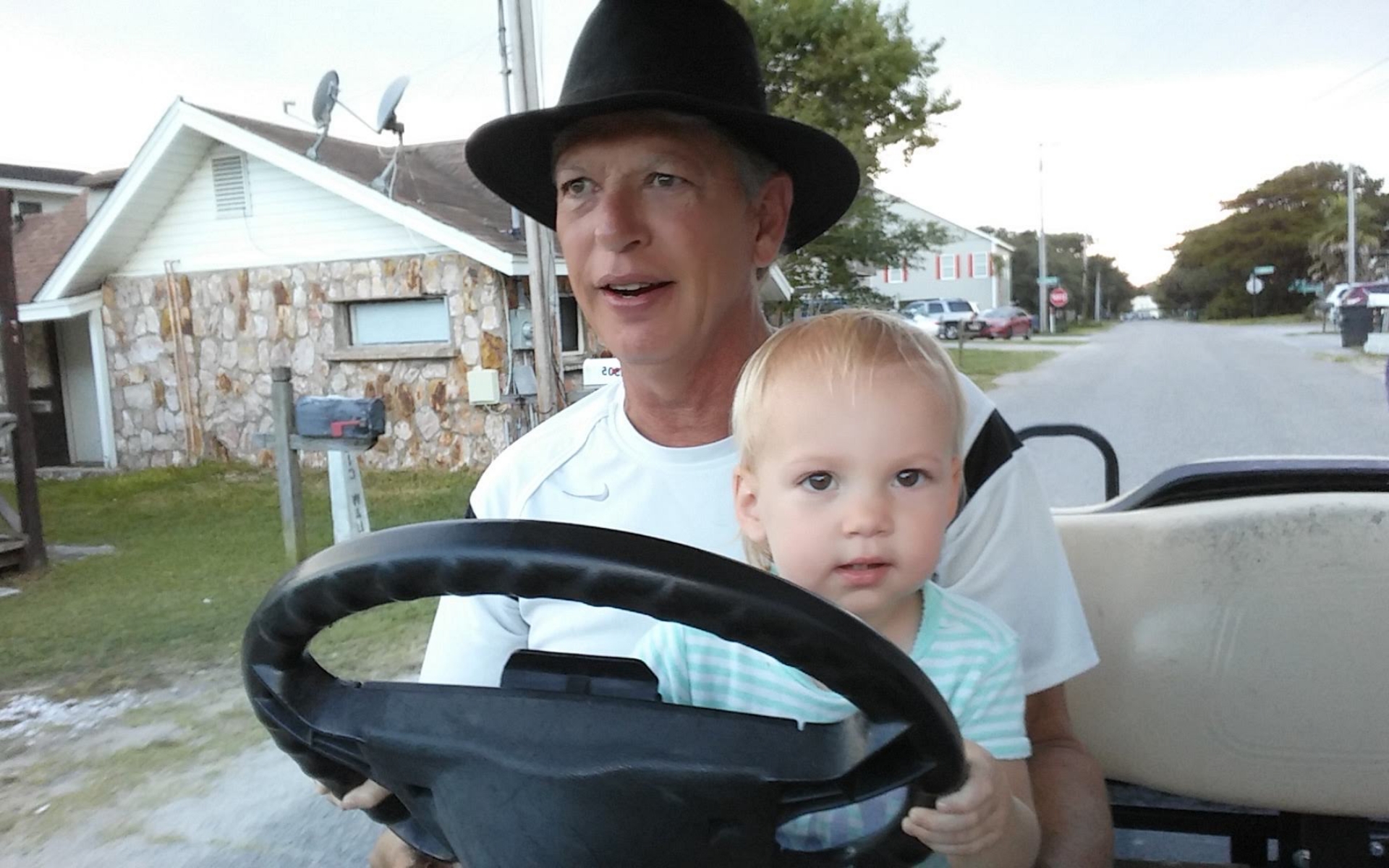 “He was the best grandfather you could ask for,” said Maria.

“I said UK HealthCare, because that’s where all the good stuff happens,” said Susan. “That’s where the cutting-edge stuff is. I’m thankful that we did.” For Gary, a lifelong UK superfan, it was the obvious choice.

“We were super hopeful at the beginning, because this isn’t what we expected at all,” said Maria, courtside host at UK basketball games and Gary’s middle child of three. But when she got to the hospital, Maria could tell by looking at her mom’s face that what was going on was not normal. After being admitted, Gary became jaundiced—a sign his pancreas wasn’t working well—and went in for further scans. The diagnosis would come the next day: pancreatic cancer. 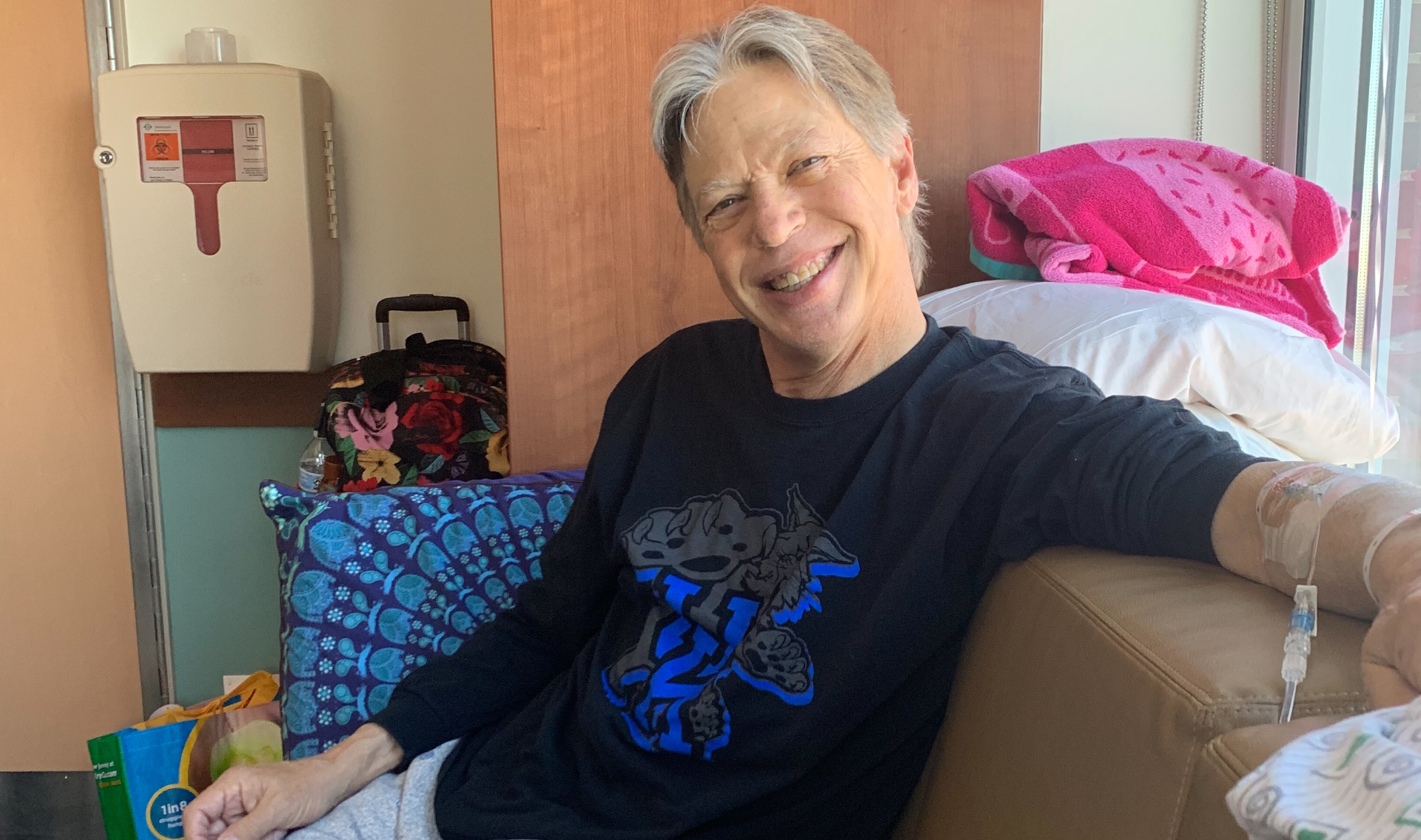 “The chemo was hard on him,” said Maria, “But he was hopeful.”

It was a shock. But Gary’s care team and family came together to build a support system and treatment plan for the coming months: chemotherapy, then a procedure called Whipple surgery. During the procedure, part of the pancreas is removed, and intestines are rerouted. It was a major surgery with real risks—but if successful, it could make major strides against Gary’s cancer. 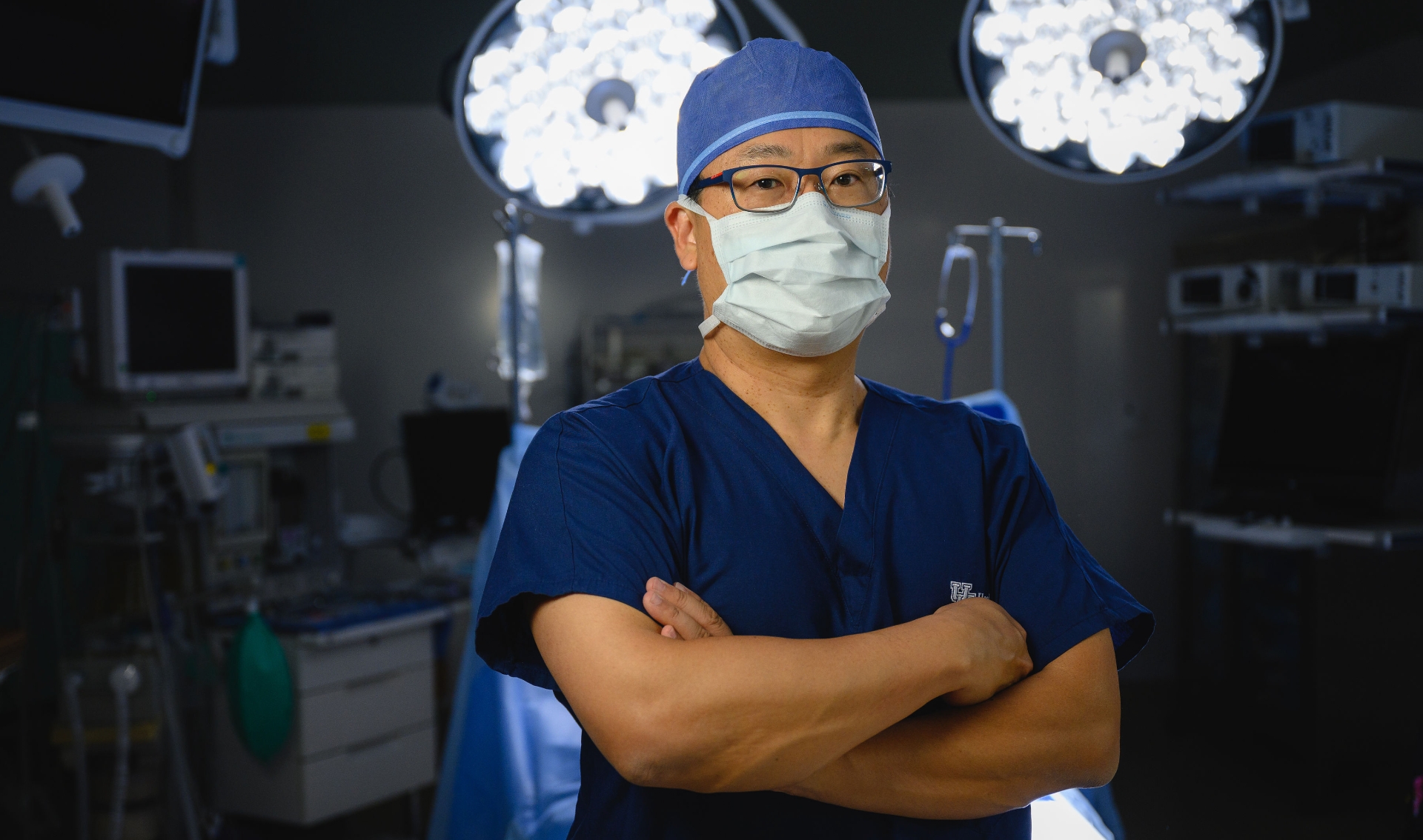 “With Gary, it felt like I was talking to an old friend of mine,” said Dr. Kim.

Gary was in good hands: Dr. Joseph Kim, a nationally recognized pancreatic cancer surgeon at UK HealthCare’s Markey Cancer Center, was his doctor. The two became especially close during Gary’s treatments leading up to the surgery. The day of the procedure came, but once Dr. Kim started the surgery, he realized Gary’s cancer had spread beyond what the Whipple could solve. They couldn’t go through with the procedure. 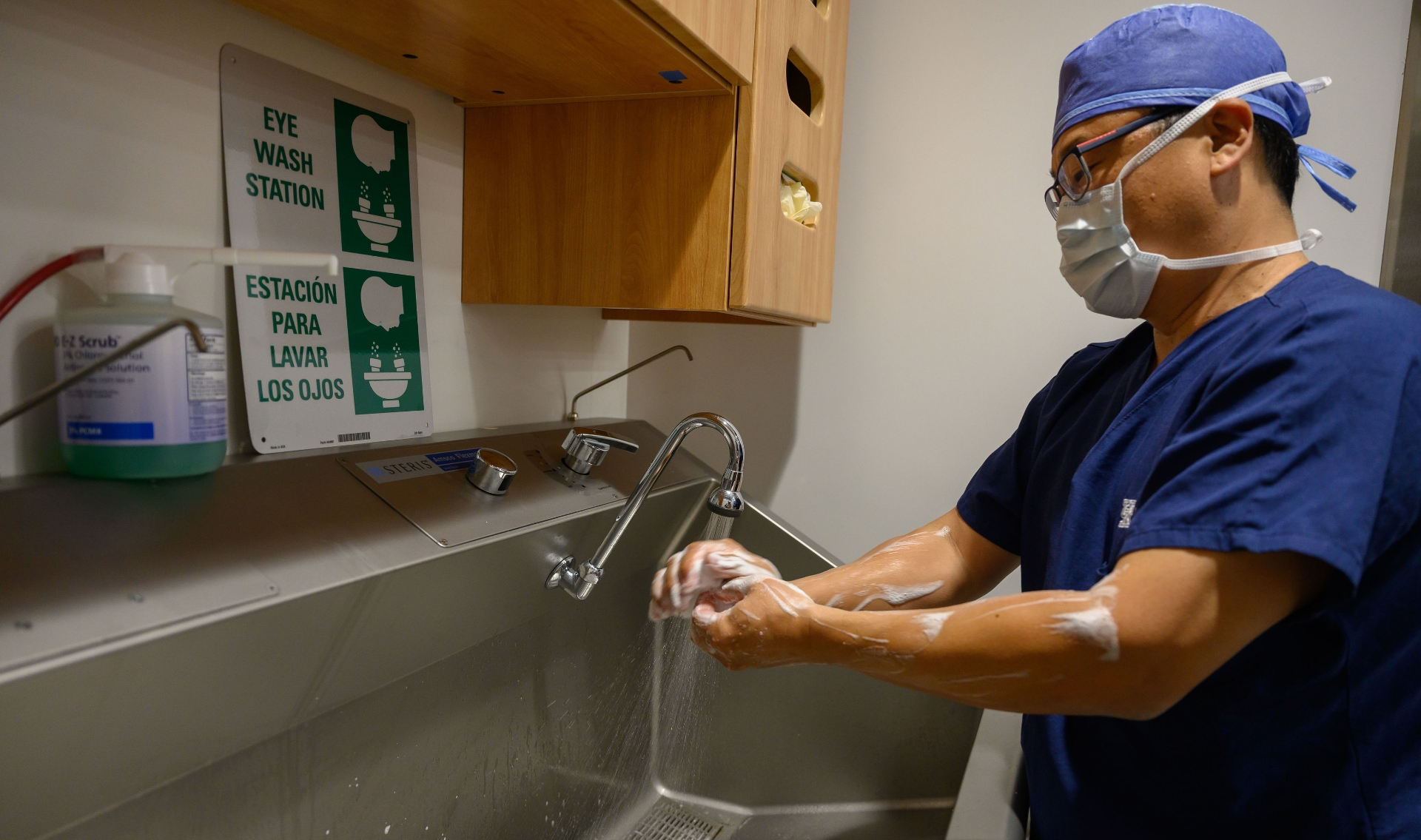 “Sometimes it’s this emotional rollercoaster,” said Dr. Kim. “And we are very much a part of that.”

“I remember exactly how things went that day,” said Dr. Kim. “We went into the operating room very full of hope, and had visions of clearing his disease, only to find that he had metastatic disease. And then going out in the waiting room to talk to the family…those are some of the conversations you carry with you through your entire career.”

“Dr. Kim did everything he could. We couldn’t have asked for anyone better,” said Gary’s son, Maxx. “Not only did he treat my dad, but he really got to know him. They had a personal connection.”

“I can’t imagine living this nightmare without Dr. Kim,” said Susan. “He saved our sanity.” 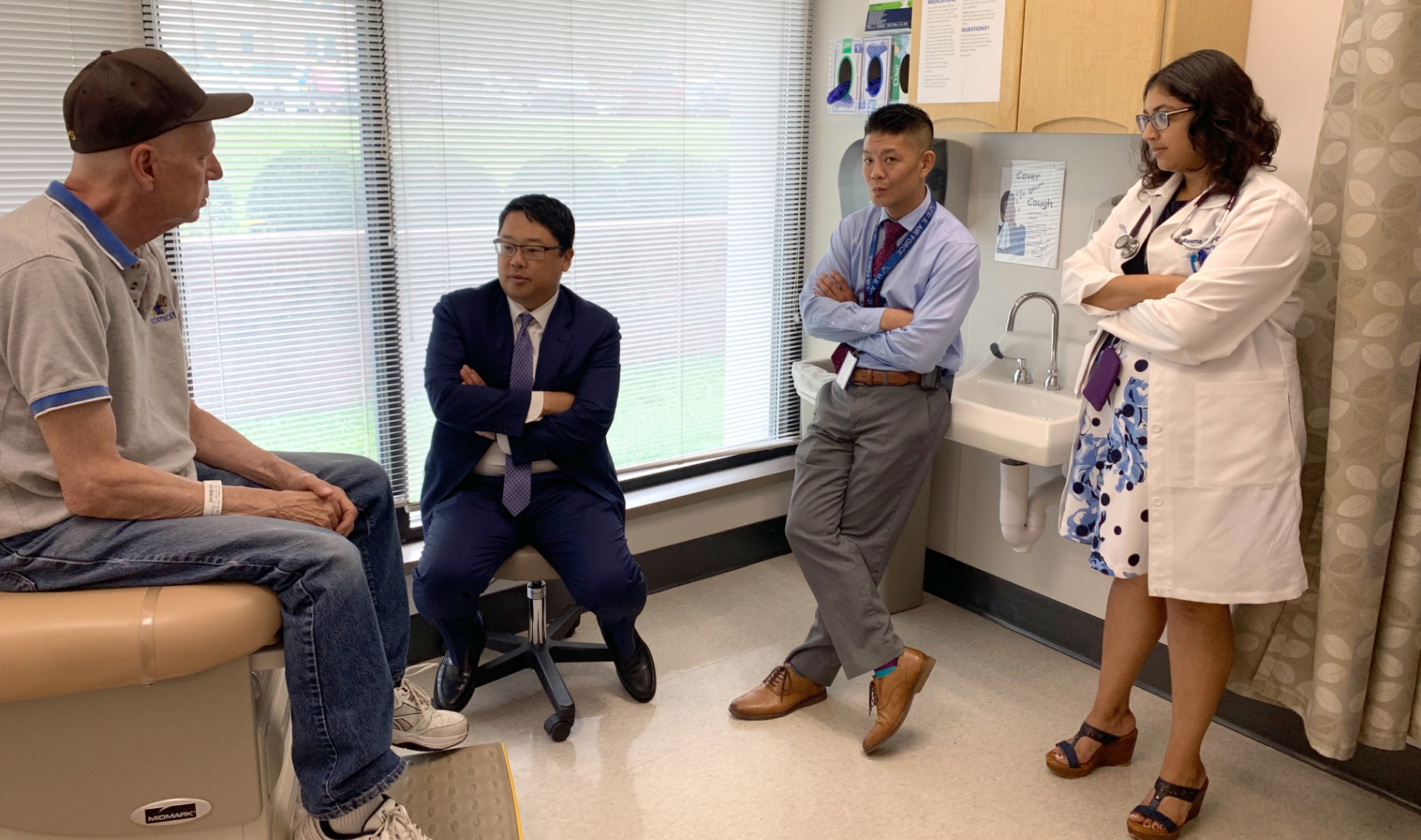 "Doctor Kim went above and beyond,” said Maria. "He really got to know Dad as a person."

But Gary continued to get weaker. He and his family all initially resisted hospice, but after speaking at length with Dr. Kim, they knew when it was time. Gary was admitted into hospice at UK HealthCare and given a private family suite on the 11th floor. His family could sleep in an adjoining room, never far from his side, fully supported by the UK HealthCare hospice team.

“Caring for him at home day after day, trying to keep all of these balls afloat,” Susan said. “When we got to the hospital it was just like, ‘Oh, somebody’s here to help me. And thank God you’re here.’” 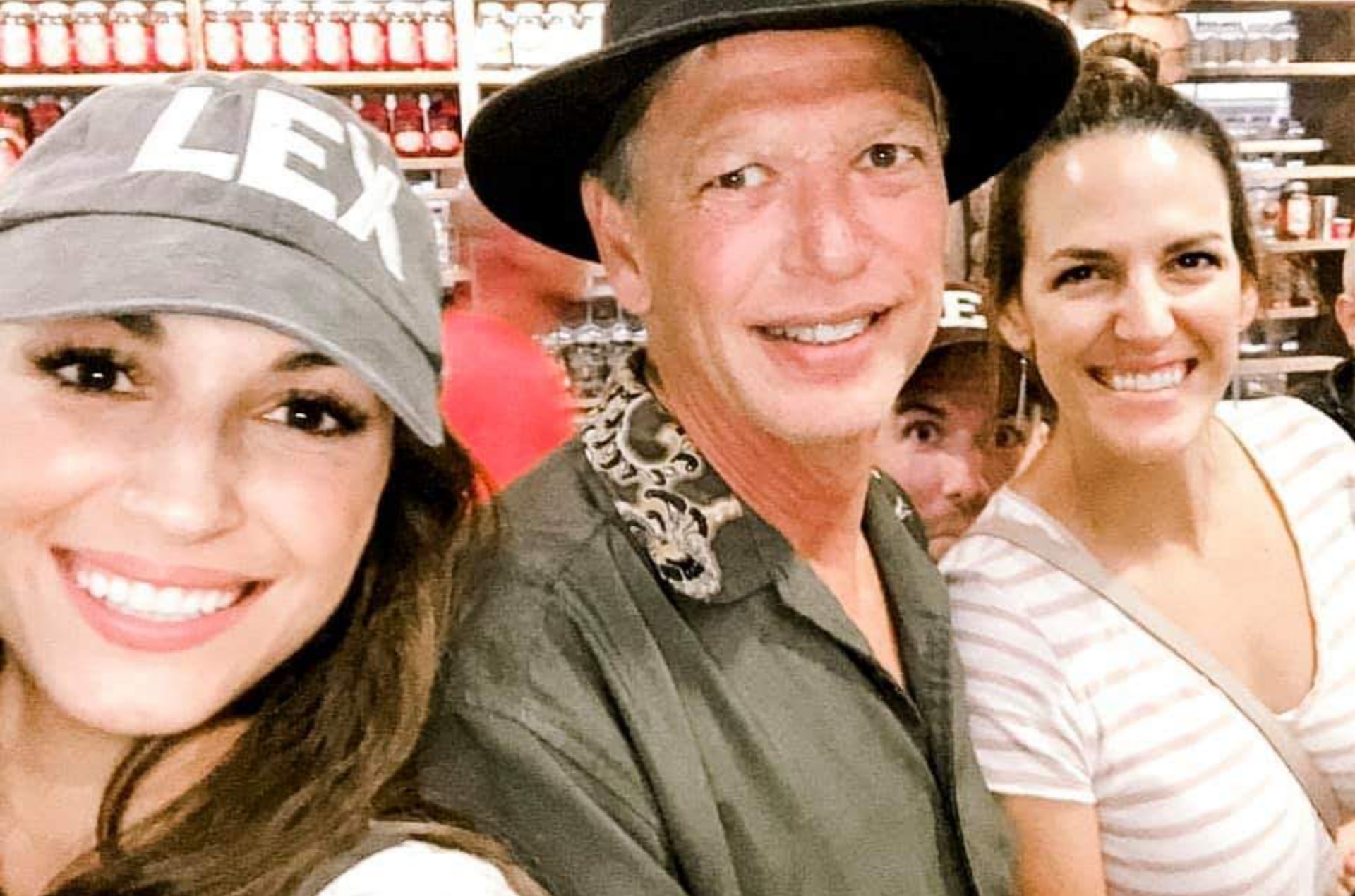 “My dad’s legacy is just to not take everything too seriously,” said Tracy.

The hospice staff quickly became an extended family. Nurses would stop by after their shifts to check on Gary and spend time with the Montgomery family. “They knew us,” said Susan. “It wasn’t just a professional relationship—they were vested in us. They loved us, and we loved them.”

That love supported the Montgomery family until the end. Gary passed away on February 20, 2020, ten months after his diagnosis. A few days later, Maria stepped back out onto the court for the final game of the season.

“He had been so sick, but you’re still kind of in shock,” said Maria. “I still worked that game though. He was such a big UK fan, it felt even more important. I thought since he was sitting up there in heaven, he’d sure be upset if he couldn’t watch me.” 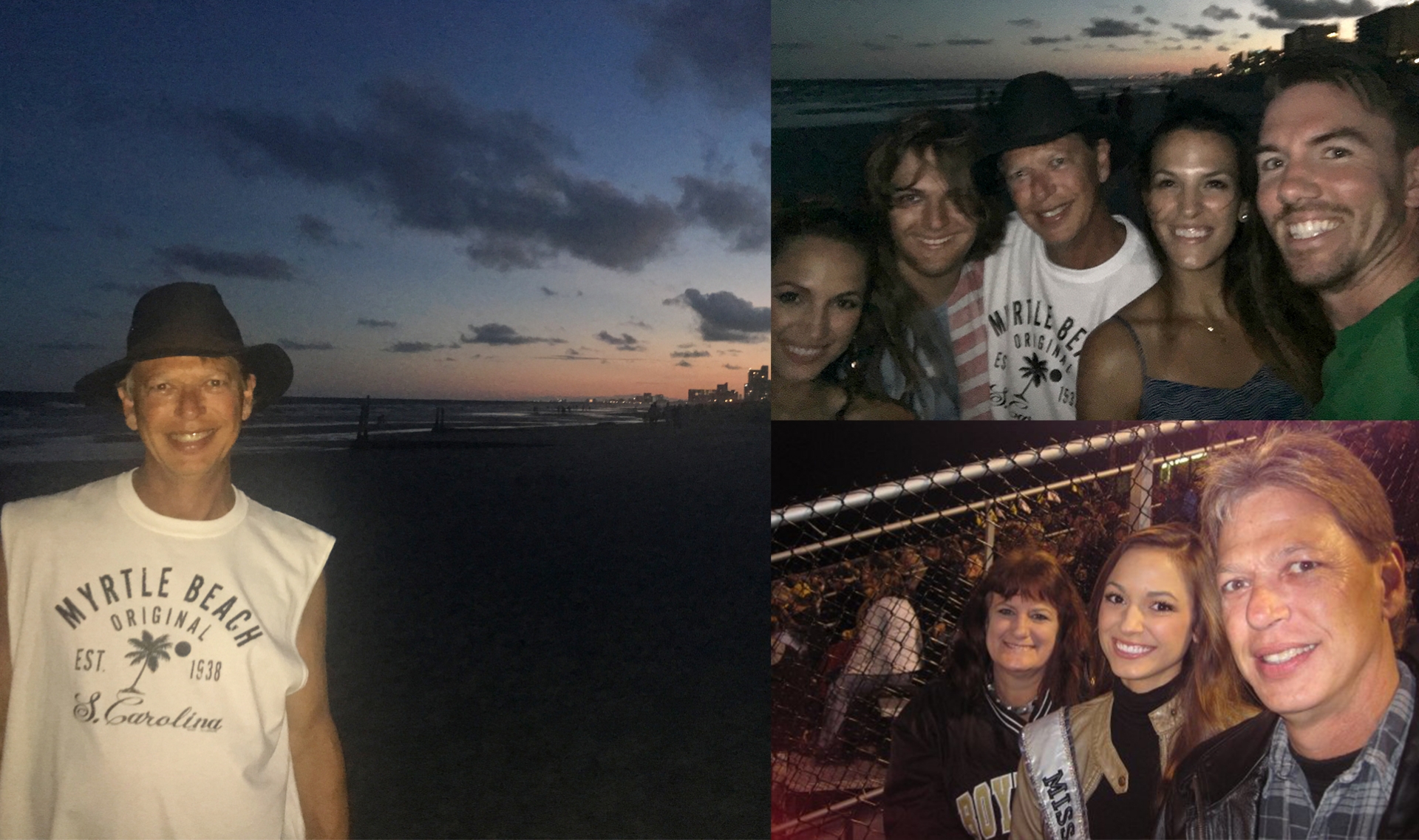 “He was more than your average dad,” said Maria. “I know everyone says that, but he was a lot of fun."

Gary’s legacy lives on in his family—but the impact of his life has also spread to others going through pancreatic cancer. Dr. Kim’s research lab is conducting a clinical trial featuring a combination of medicine and immunotherapy for pancreatic cancer, typically a rare treatment option for these cancer patients. If the trial is successful and the results are published, Dr. Kim plans to honor Gary in the acknowledgments.

“Pancreatic cancer is a heartbreaking disease—some call it an insidious disease. It just appears to come out of nowhere,” said Dr. Kim. “With our pancreatic cancer patients, it’s more than just the operation. It’s helping them to alleviate some of the fears and concerns that they have outside the hospital. And I think those are some of the things that Gary taught me. People with pancreatic cancer have to be fighters. Gary was the epitome of this.” 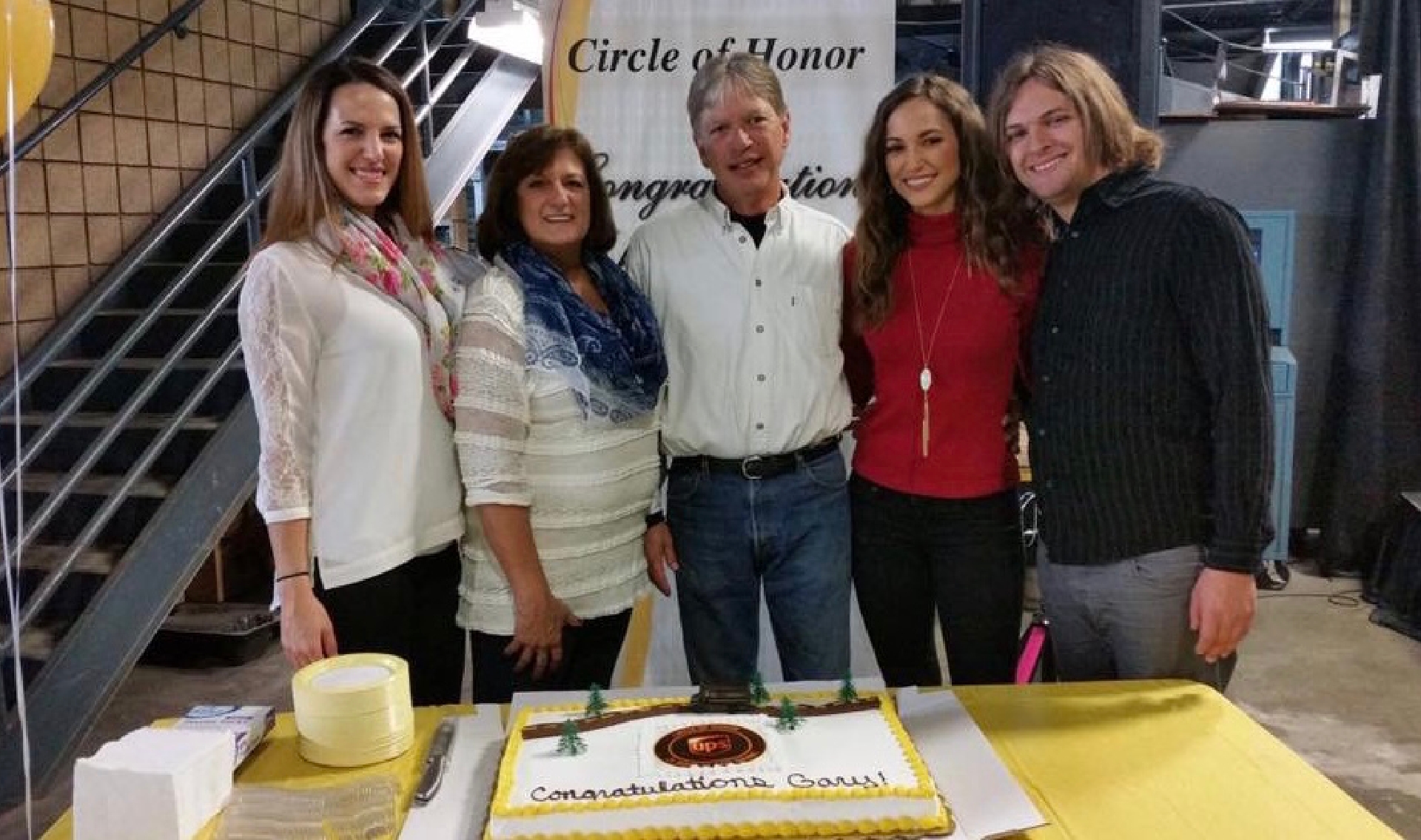 “I’m just really thankful for the nationally recognized level of care that we received at UK HealthCare, because it was like being at home,” said Susan. “Between the close proximity and the way the staff took us in. I want to include the office staff too, because they were just as good as the hospital staff. I can’t imagine anybody else being so vested and so much in our lives.” 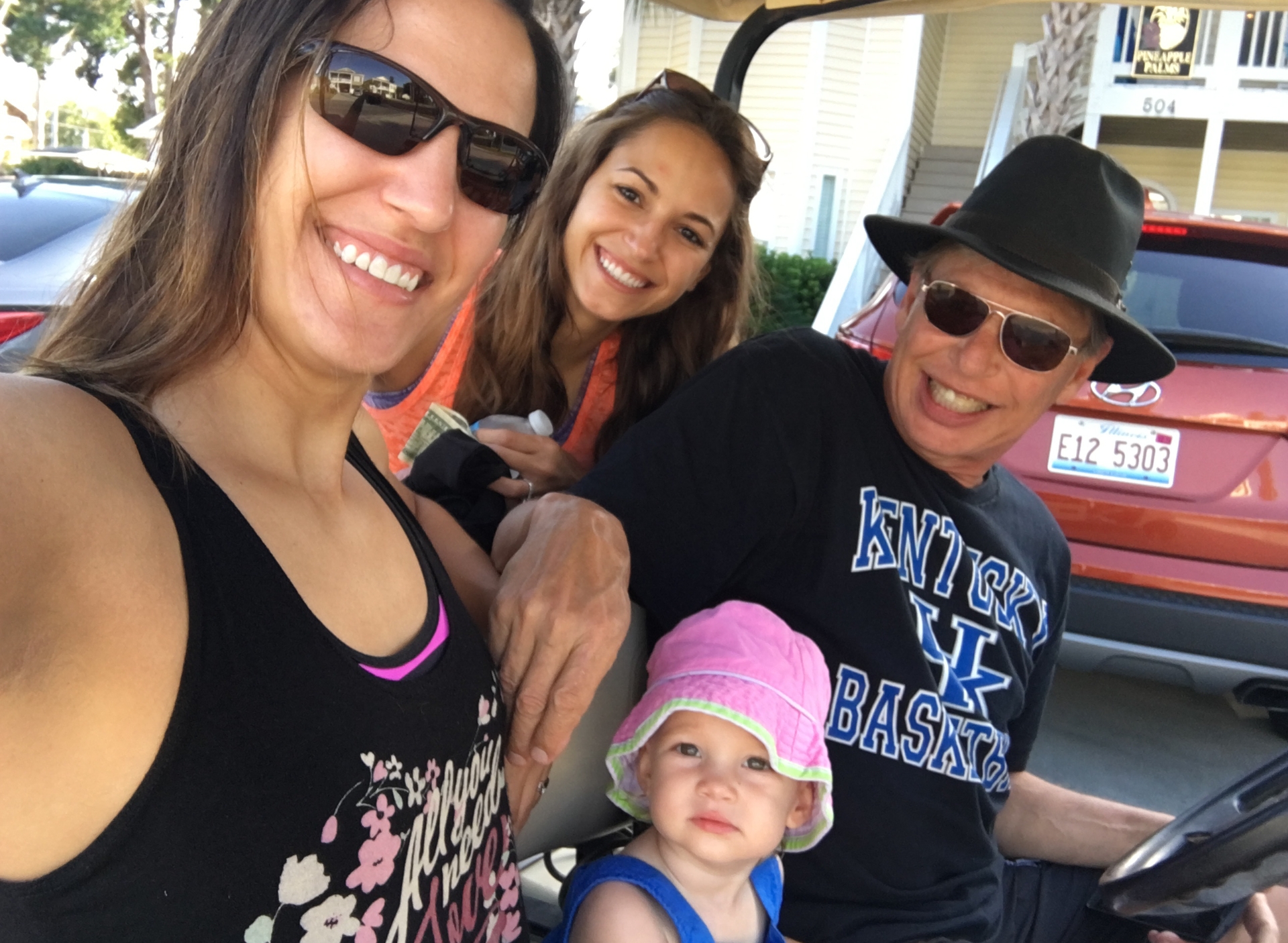 “He knew how to live life big,” said Maria.

See how we care for families like the Montgomerys