Dr. Sheryl Irwin is more aware of her health than most people. She has been a primary care physician in internal medicine for about 30 years, and health means a great deal to her, both personally and in her work and advocacy for others. She keeps an active lifestyle and walks regularly—so when something felt off, she noticed it immediately. 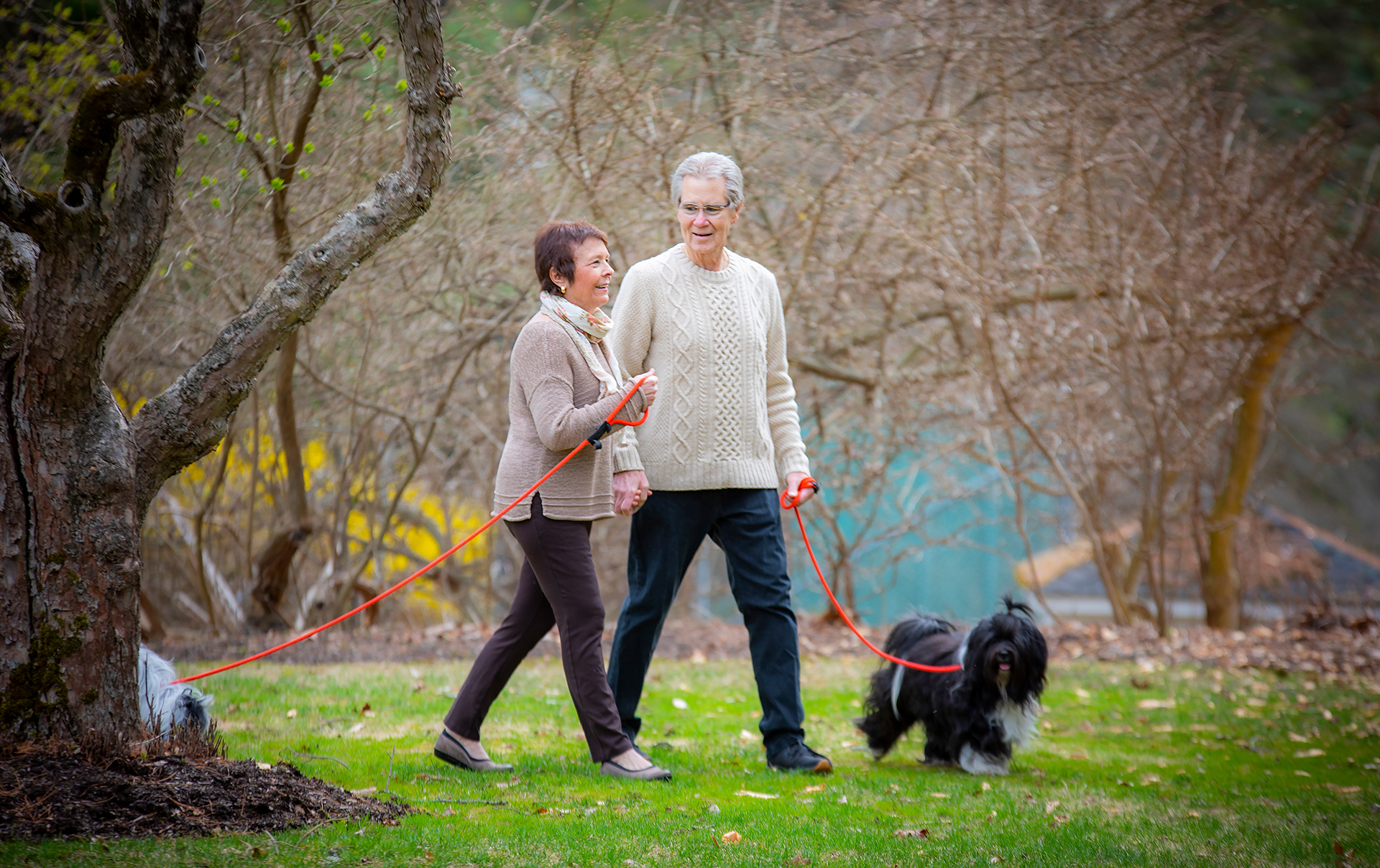 “A few days before I got sick, I had to stop and rest while going up [a] hill. Very weird, I thought.”

“One day, in the beginning of June, I woke up and I didn’t feel well. I treated myself but I didn’t get better. And then I did what any physician would do—I examined myself. Then and there, I found a mass under my ribs on the right side of my abdomen.” 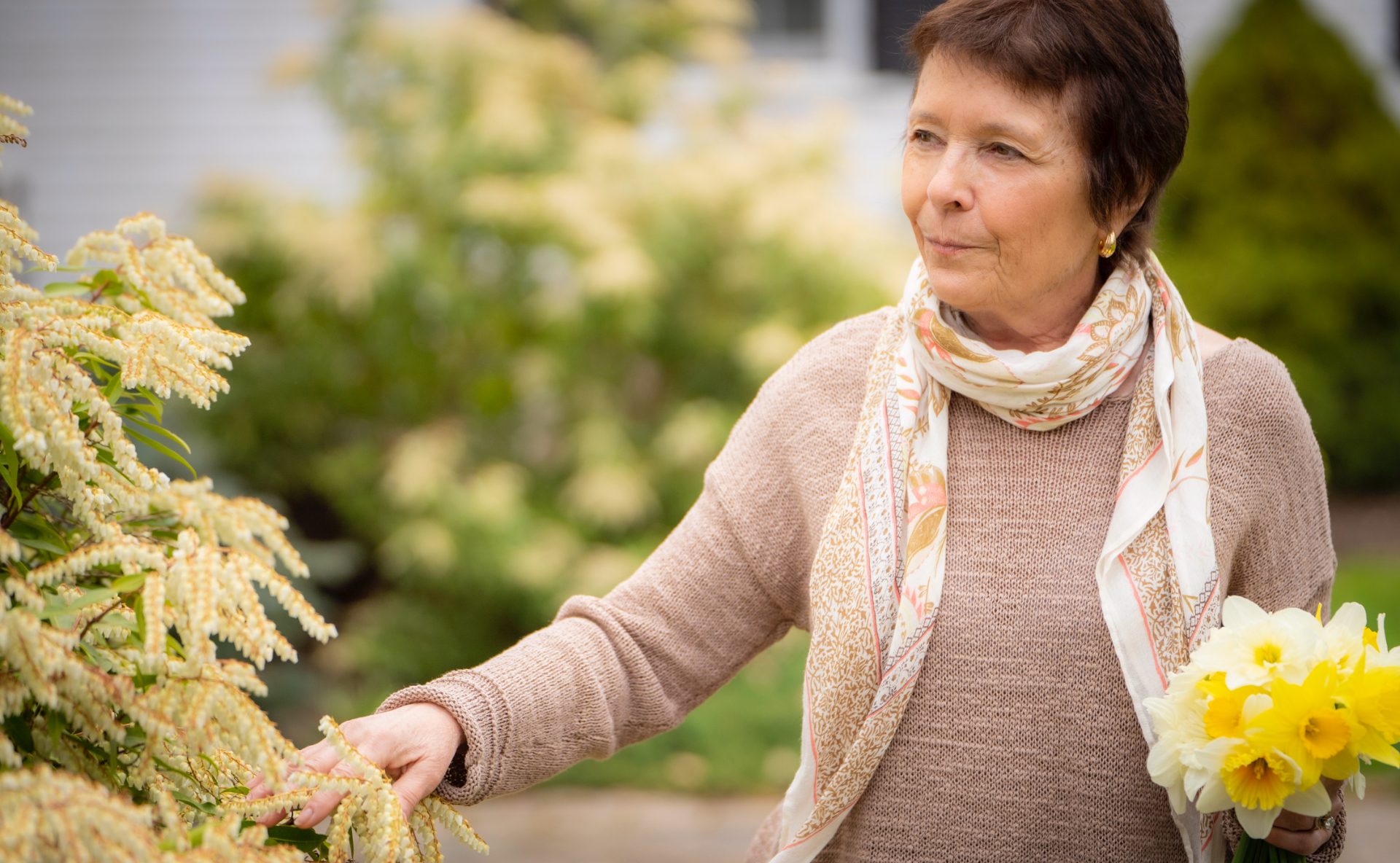 “I hadn't been sick. I had not lost any weight.”

Dr. Irwin immediately sought medical attention, but due to the COVID pandemic, she was unable to get any diagnostic tests done as rapidly as she desired. So, she checked into an emergency room where a friend worked. She was finally admitted to the hospital and initially diagnosed with peritoneal carcinomatosis, a condition that develops when cancer spreads throughout the abdominal cavity. The prognosis her doctors gave her was grim: “They told me I would live maybe two weeks to four months, maximum.” 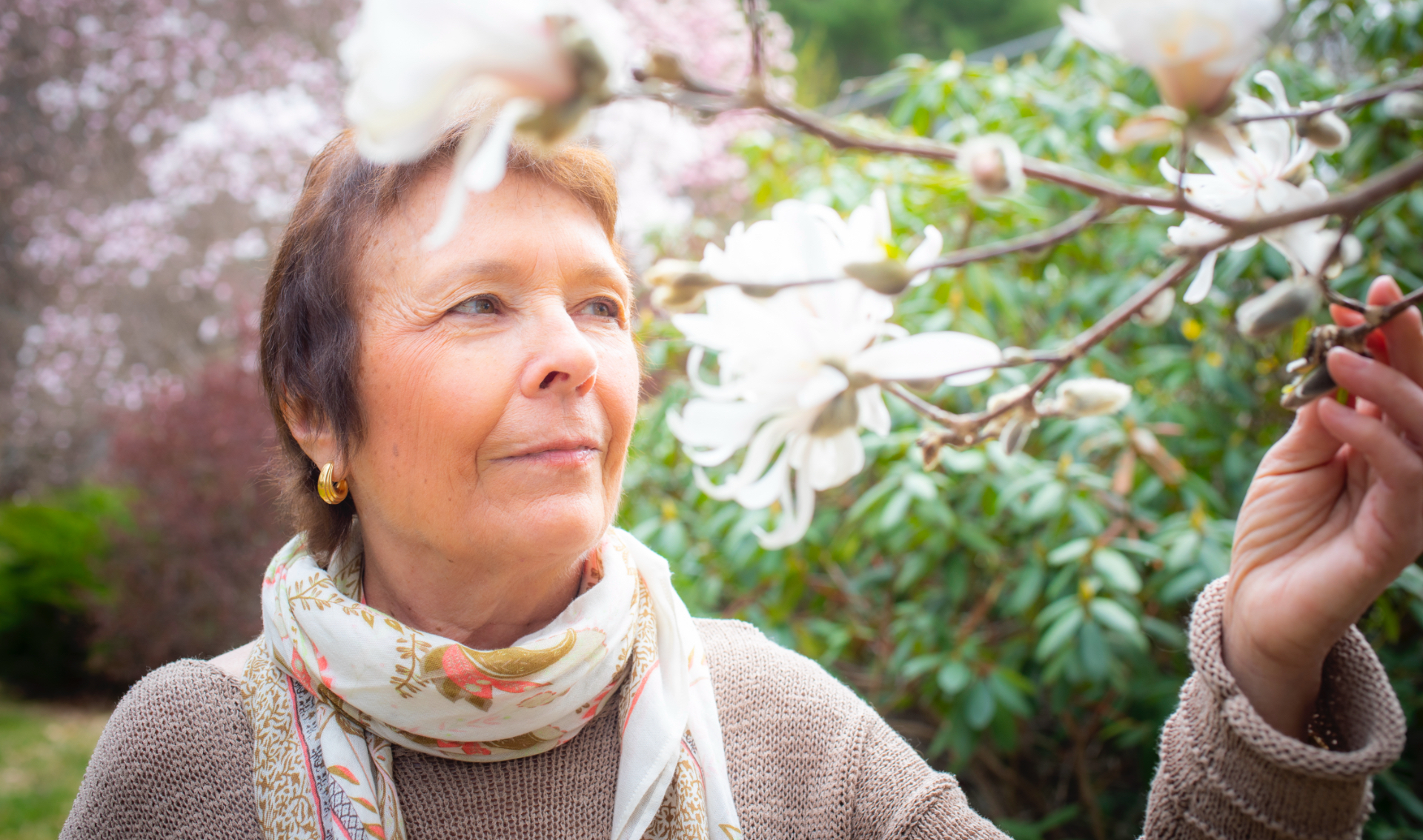 “I've gotten every test, I've done all the pre-cancer screenings...I've got cancer and I don't know how I got it.”

Dr. Irwin spent the next few days in shock. “I basically went to bed for three days, just thinking about dying. I took all my jewelry out and gave it to my daughter, showed her everything she was going to get, told her where it was.”

But Dr. Irwin  couldn’t shake off the feeling that there could be a better option than giving up in the face of her diagnosis. “It was 10:00 at night. I took out my computer, got online and researched. And that’s when I saw it: HIPEC. I’d never heard of it—no one mentioned it, not even the cancer doctors. I did more research, kept going, and pulled up this video. It was Dr. Kim, at the University of Kentucky.” 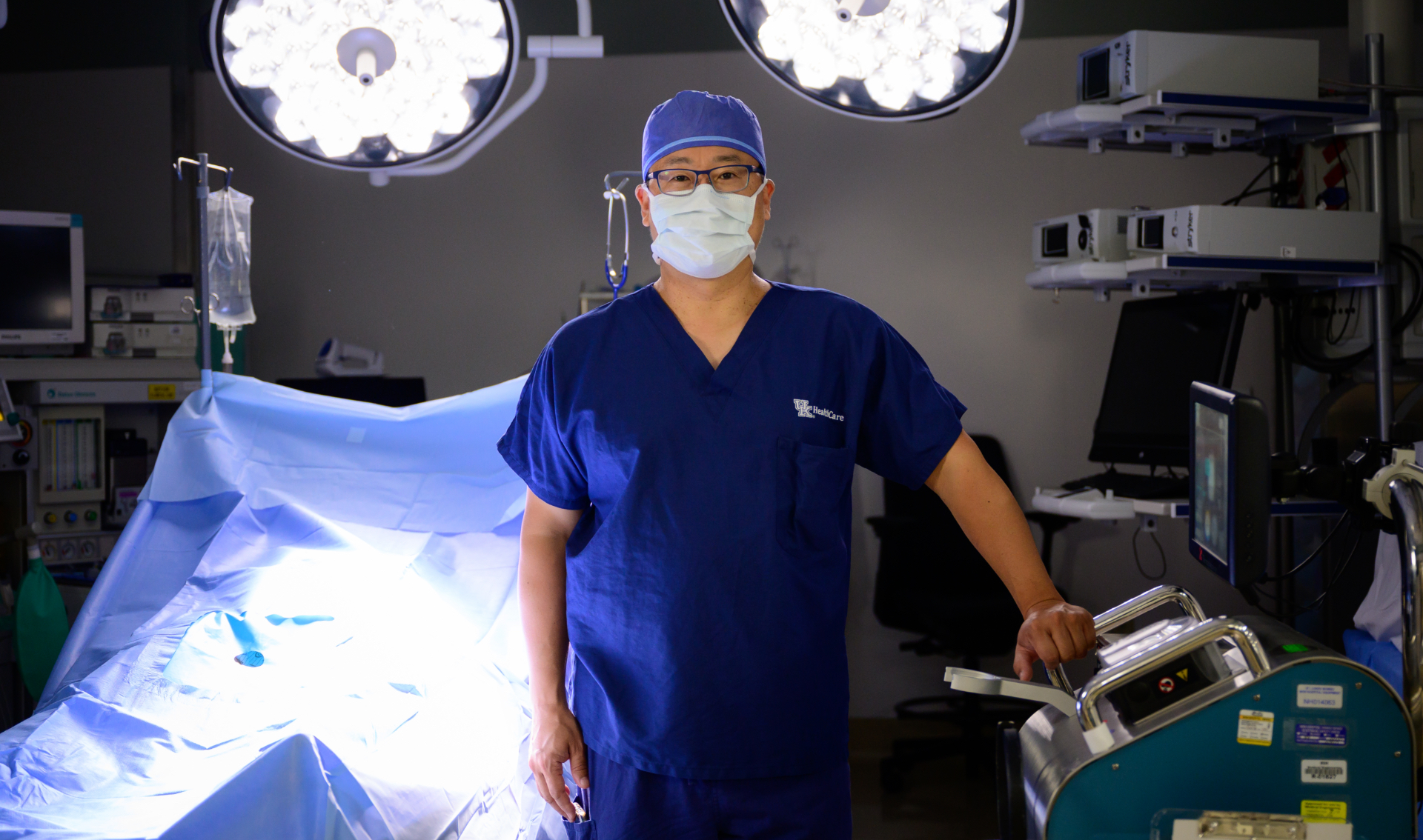 “It took me the first phone call on Saturday morning to know that Dr. Kim was the way I wanted to go.”

Dr. Irwin had found Dr. Joseph Kim, Chief of Surgical Oncology at UK HealthCare’s Markey Cancer Center and an early adopter of a cancer treatment called CRS and HIPEC—cytoreductive surgery and hyperthermic intraperitoneal chemotherapy. This treatment involves surgically removing the visible cancerous tumors in the abdomen, then using heated chemotherapy to bathe all the abdominal surfaces to kill any invisible microscopic cancer cells in the area. 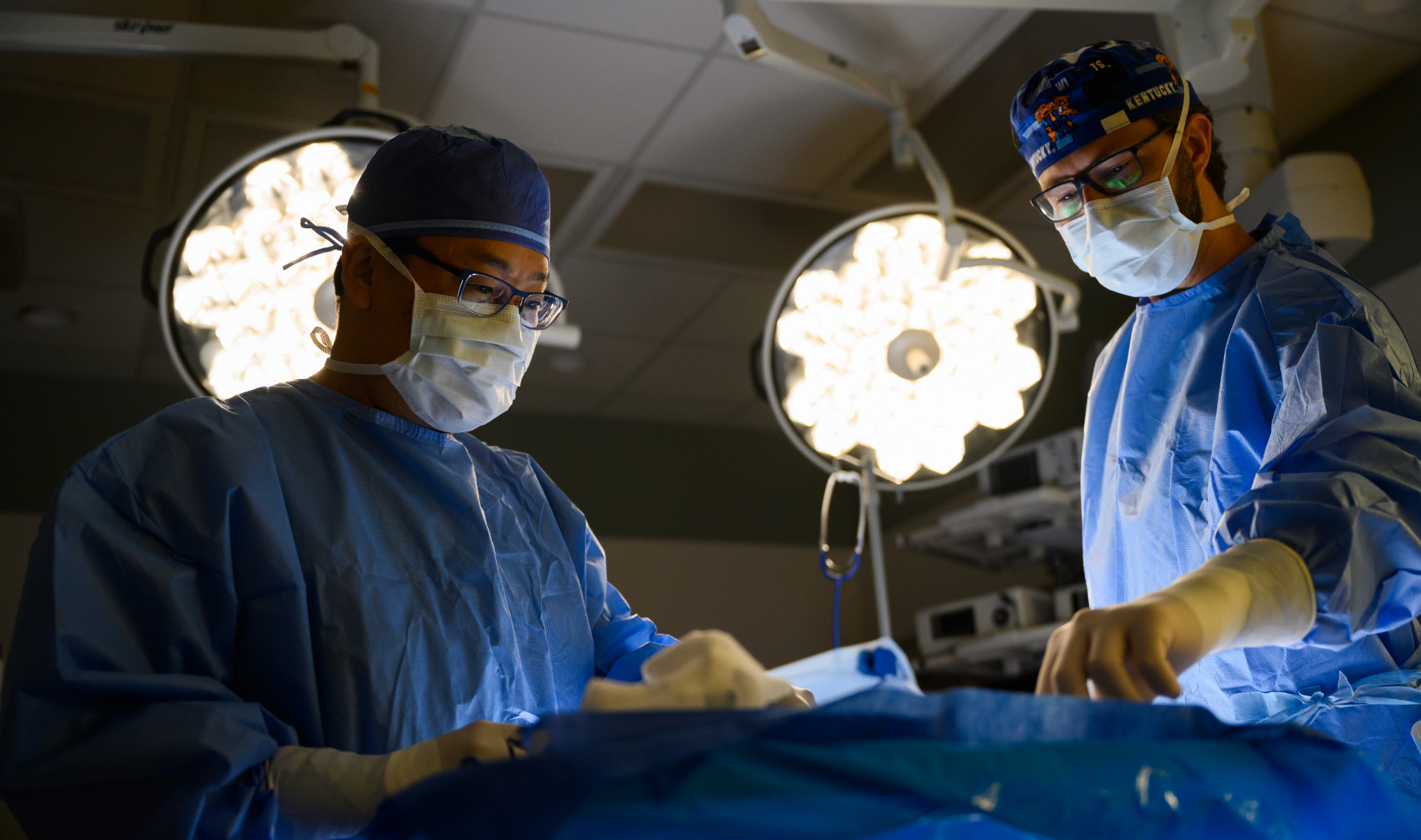 Because Dr. Irwin’s tumor was invading her ureter, Dr. John Bell (right), a urologist, was brought onto her care team.

“It is most commonly used to treat the colorectal cancers, appendiceal cancers, select gastric cancers, and mesothelioma. We don’t use HIPEC in many of the other gastrointestinal cancers that we treat, like pancreatic cancer and liver cancers,” explained Dr. Kim.

Dr. Kim has performed 400 to 500 HIPEC procedures on patients from across the country. He was the only doctor to suspect that Dr. Irwin’s cancer was, specifically, related to her appendix—others had insisted her cancer must have started in her colon, despite repeated normal colonoscopies. And, unlike some other doctors she’d met with, he thought she was a good candidate for CRS and HIPEC. “You’re operable,” said Dr. Kim. “I can do this.” 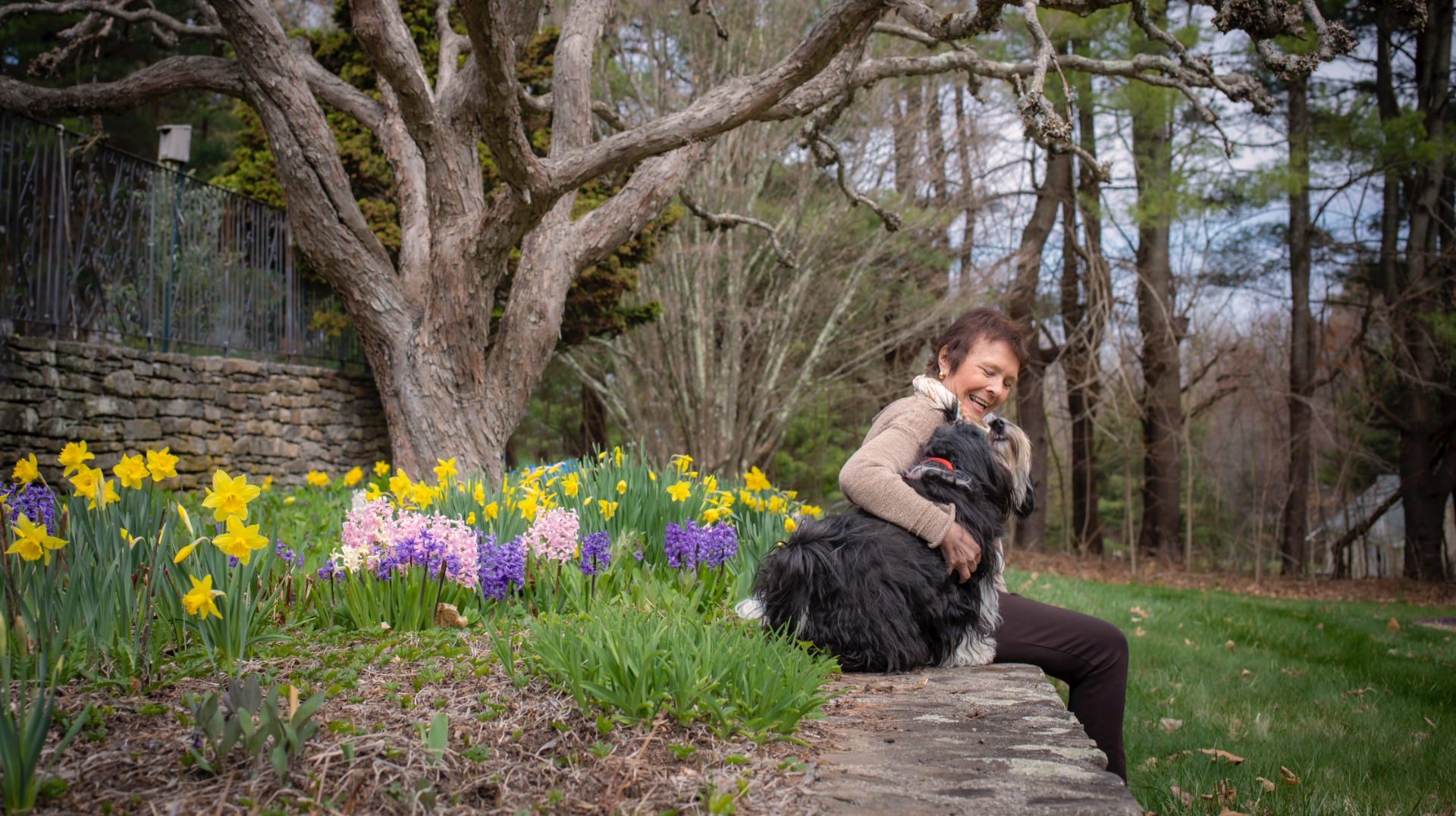 “It was taking kind of a big chance to go to University of Kentucky, but I'm glad I did,” said Dr. Irwin.

Dr. Irwin was grateful to know that someone would be able to provide the necessary treatment she needed. “He wanted me to get chemo. His treatment plan is to get three to six months of chemotherapy [before HIPEC]. It was like a weight was lifted, like there was hope.”

Dr. Irwin immediately began chemo at a hospital near her home, with her husband, Richard—a retired physician—beside her and her children supporting her through virtual visits. And although Dr. Kim was in Kentucky, he checked in on her progress regularly. “The chemo was very potent. But Dr. Kim spoke to me probably once every two weeks, reassuring and encouraging me through that process,” said Dr. Irwin. 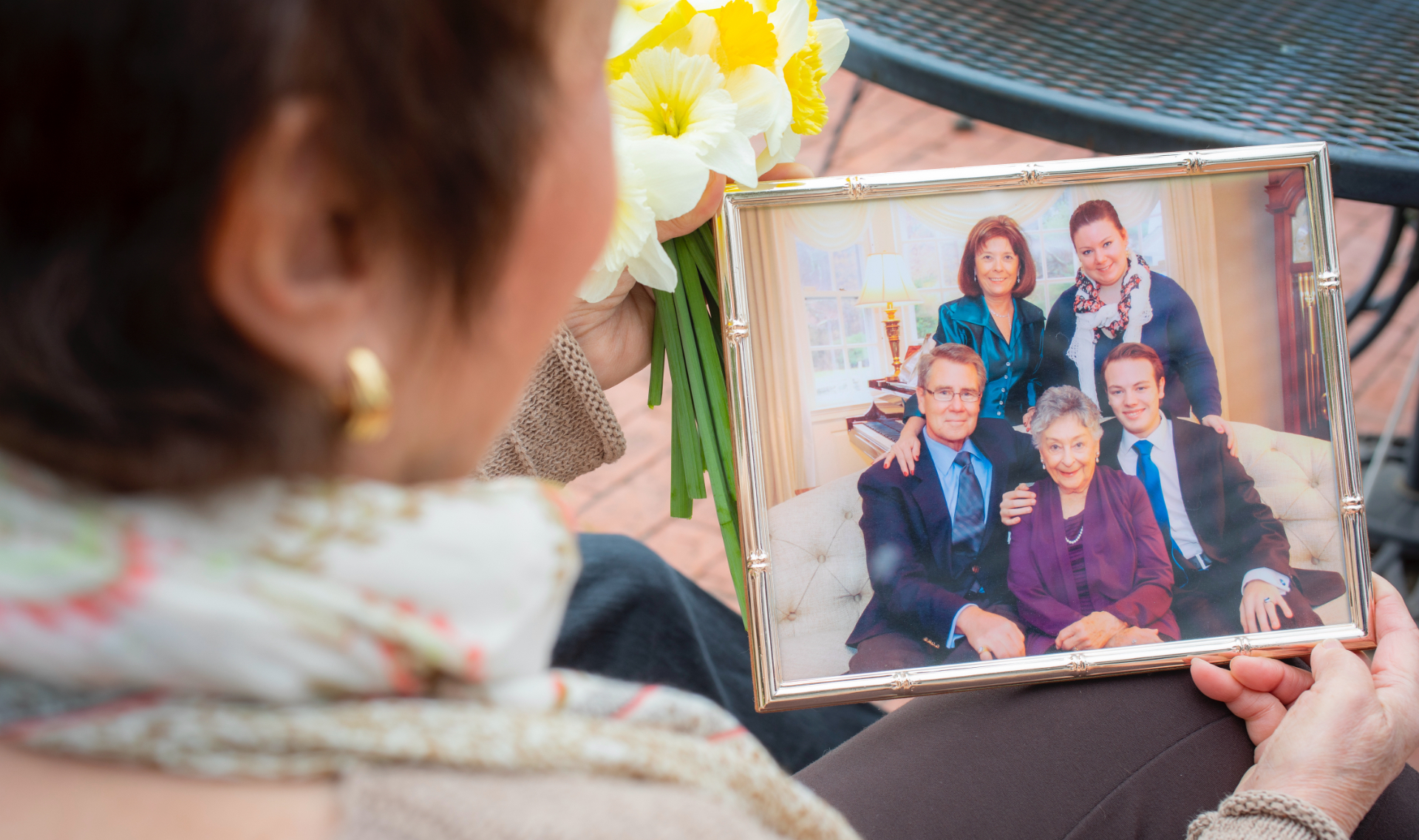 “The family rallied around me as best they could, but, of course, because of COVID, we couldn't really be together.”

After five courses of chemotherapy, Dr. Irwin was approved for the HIPEC procedure, which was scheduled to take place on her 71st birthday. She, along with her husband, her daughter, and her two dogs, made the 14-hour drive down to Lexington, where they rented a home for a month to stay in during her procedure and recovery.

“Sometimes [HIPEC is] three or four or five major operations all combined into one that can take up to 16 hours,” said Dr. Kim. “Dr. Irwin’s tumors were spreading posteriorly instead of anteriorly into the peritoneal cavity. It just made it a little bit more technically challenging, but eight hours later, working alongside Dr. John Bell, everything came out fine.” Ten days later, on the 23rd of October, Dr. Irwin was discharged from Markey Cancer Center, beginning the mental and physical recovery process before she and her family returned to Massachusetts. 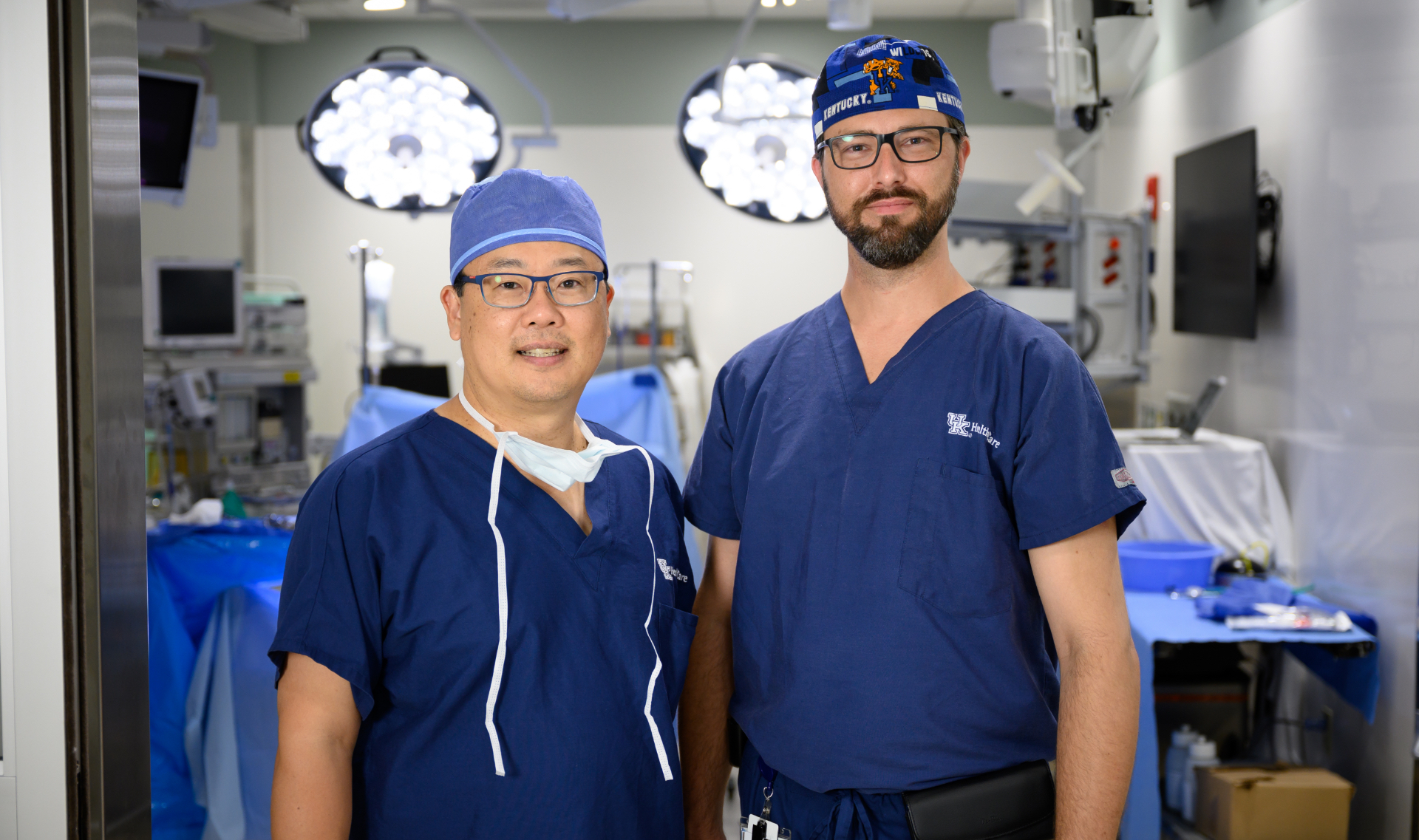 “We've had some outstanding results from [HIPEC],” said Dr. Kim.

“It was very difficult mentally, because, physically and as a doctor, I had no control. One of the side effects of the surgery is depression. I think that has to do with a lengthy surgery and a lot of anesthesia, and loss of control—everybody feels it. But although it wasn’t easy, I felt the treatment there was great. I came into it strong and wanted to make sure that I could survive this, so I did.”

After her surgery and return to Massachusetts, Dr. Irwin underwent an additional course of chemotherapy, and she’ll be doing regular follow-ups for years to come. She’s excited to be able to return to her regular walks, her conformation dog shows and agility training with her two dogs, gardening in her five-acre yard, seeing movies with friends, and traveling with her husband. 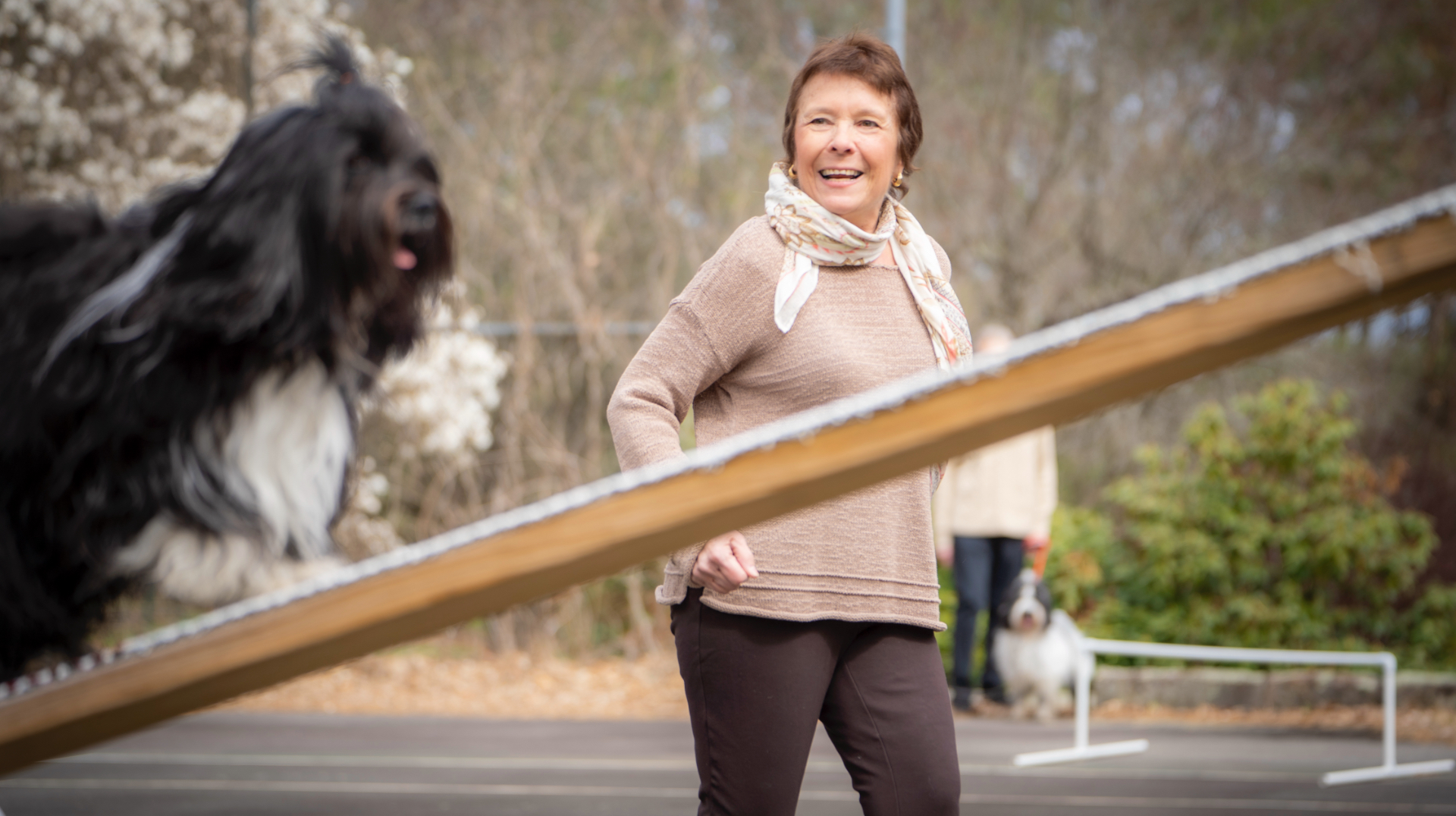 “I’m looking forward to dog shows, running agility, and all the things I love to do with them.”

“The most important thing is getting the message out that there is a treatment for peritoneal carcinomatosis,” she said. “My advice is reach out to your referring physicians—both oncologists and primary care doctors. Once patients are advised about the possibility of CRS and HIPEC, they should find someone they connect with. Dr. Kim connected with me, respected that I was a physician, and didn’t talk down to me. I thought that was helpful—I just liked him, and my husband liked him. We both felt like we could trust this person with my life. I was determined to find a way, to ask questions and find answers. There had to be more out there.” 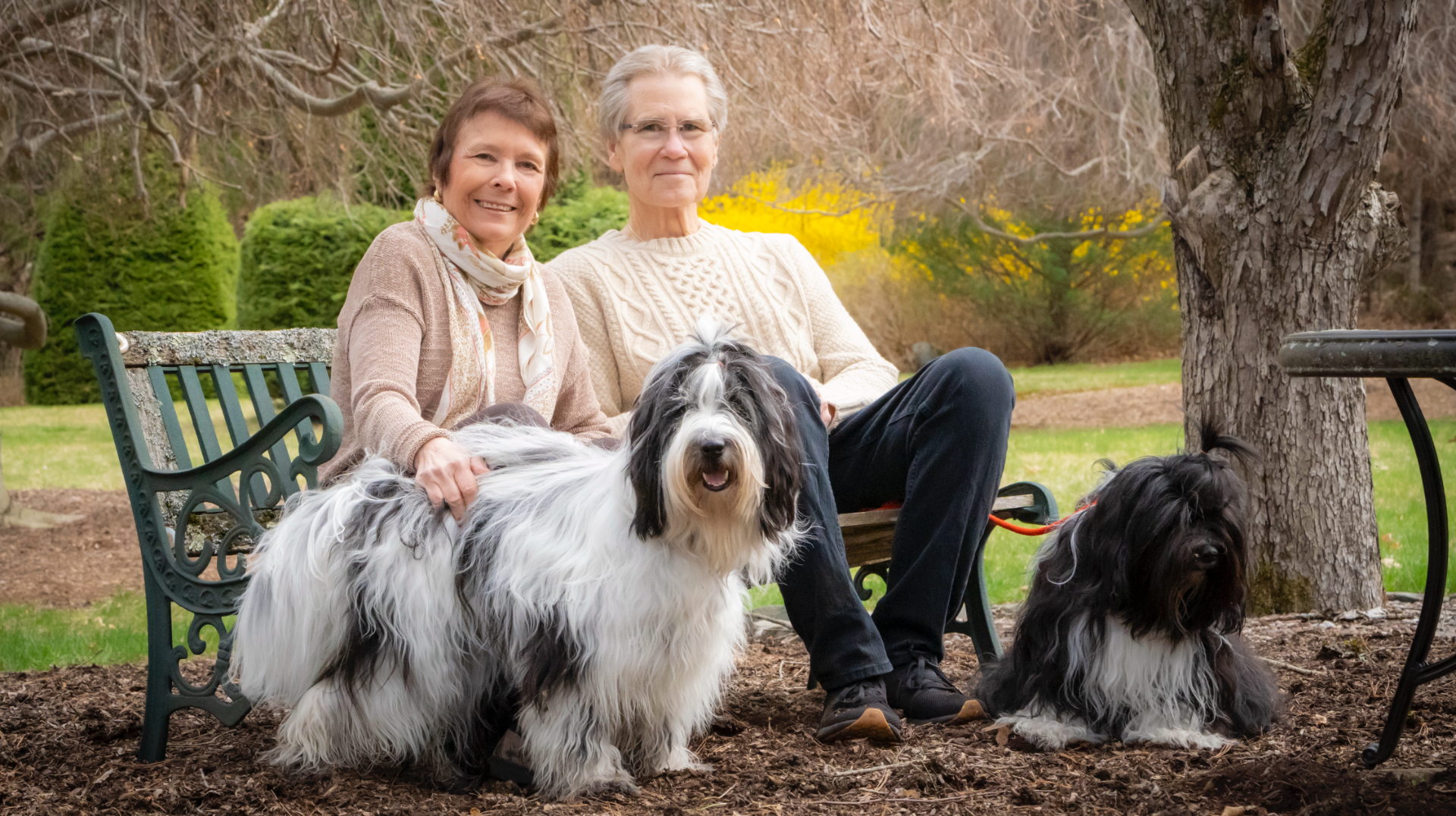 See how we care for patients like Dr. Irwin

“I feel like God handpicked them just for me.”Cancer