“When I was born, 15 inches of my intestine was clogged and surgically removed. That’s usually the first sign.”

Cameron Waters was born with cystic fibrosis (CF)—an incurable, progressive lung disease. When he was in sixth grade, he was first admitted to UK HealthCare’s Kentucky Children’s Hospital, where he was introduced to Dr. Michael Anstead, Director of the Cystic Fibrosis Clinic at UK HealthCare. They’ve spent the past 20 years working together to help Cameron live a full life. 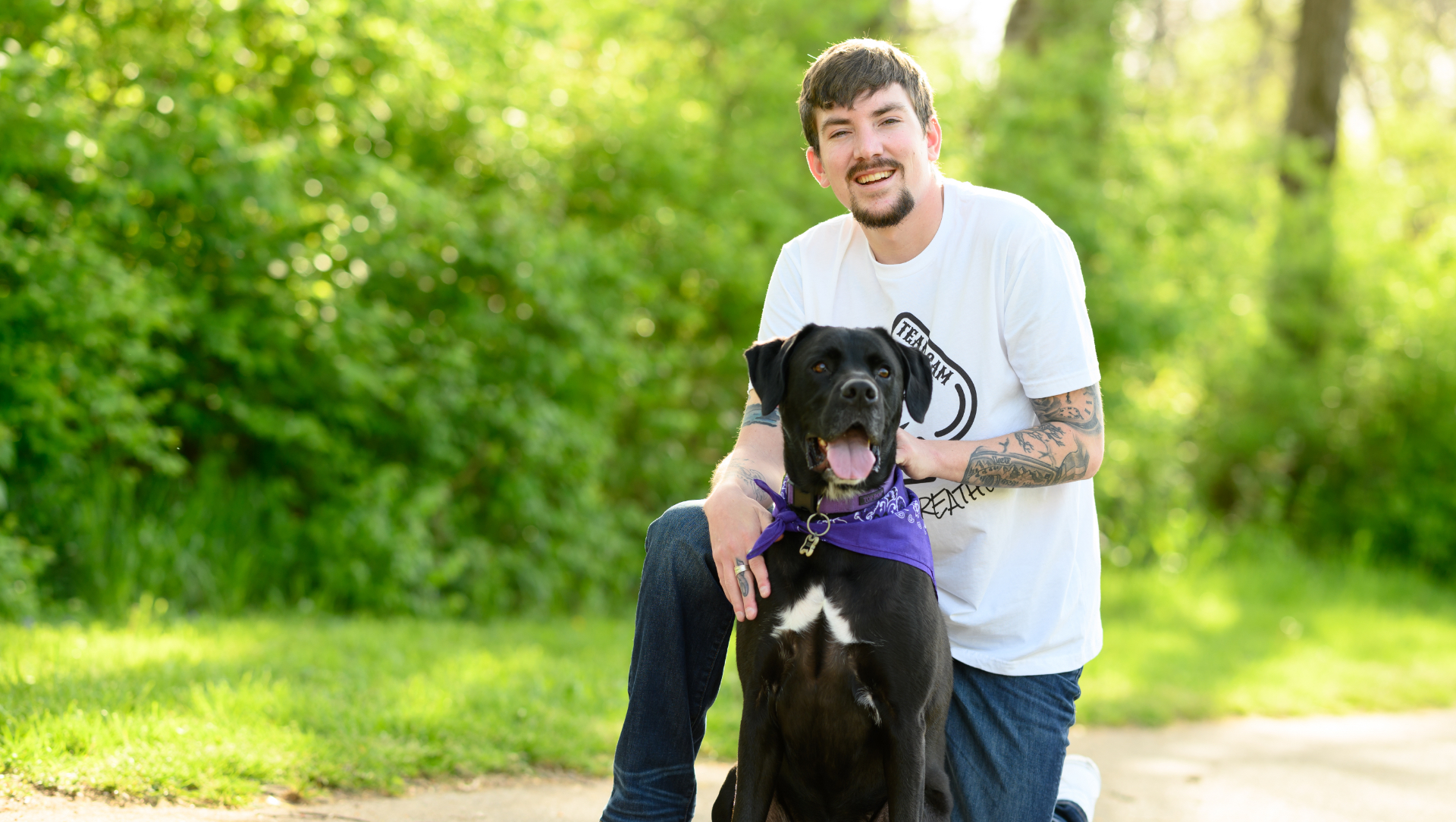 CF can have different levels of severity. Dr. Anstead describes it as “a diverse disease” due to its unique presentation in each person. Cameron was born with a bowel obstruction due to CF, a sign of severe disease. He had lung problems throughout his childhood that continued to worsen through his teenage years into adulthood.

“Although he had severe lung disease, he tried really hard to live a normal life,” said Dr. Anstead. “He worked at the airport, loading bags. He was determined to work. But CF is a lung disease that’s a full time-job, with treatments and medications to take your whole life.” 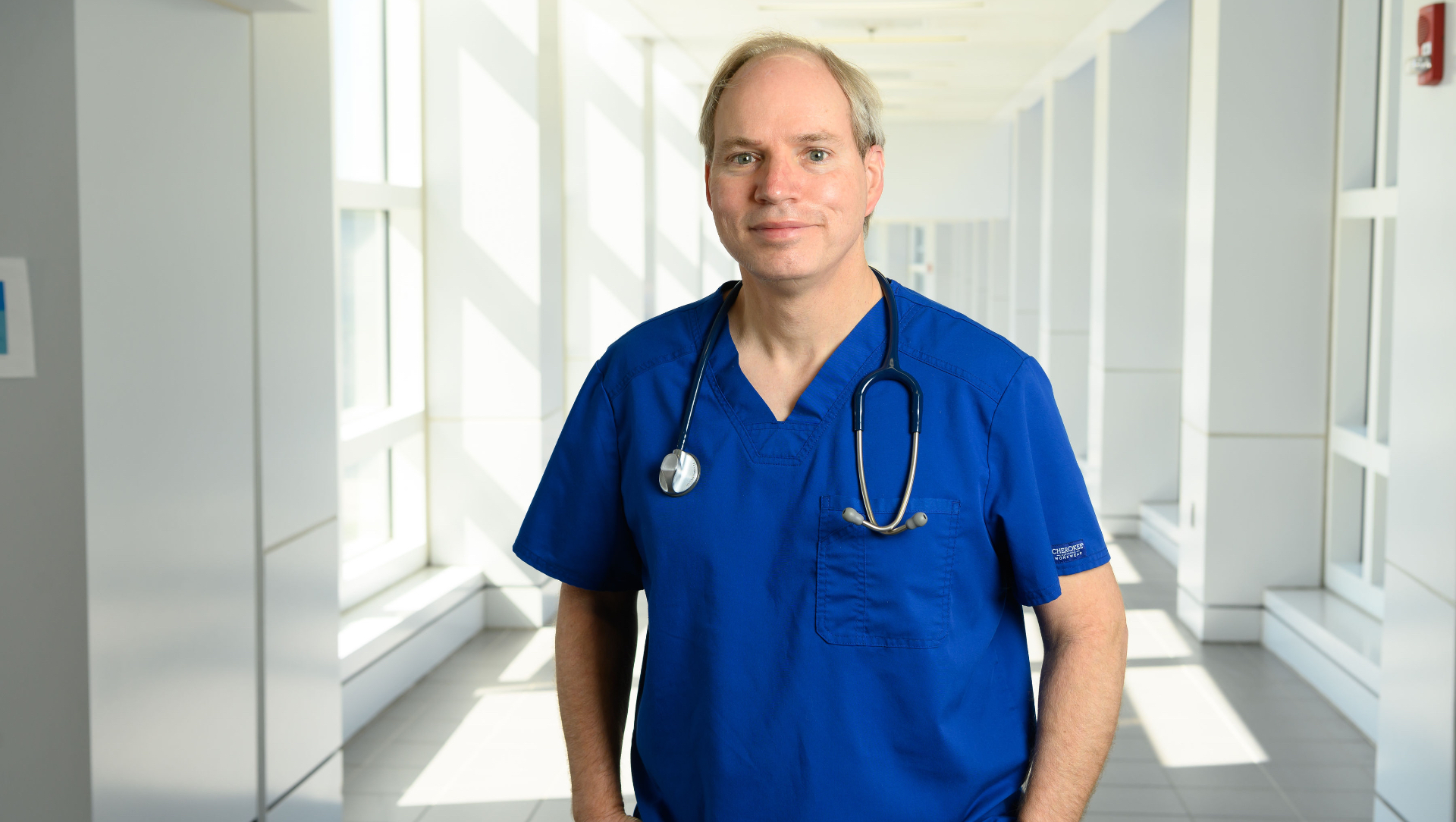 “This man [Dr. Anstead] takes his whole entire life and gives it to people with CF.”

“I was in the hospital every two weeks,” said Cameron. “I was in two weeks, out two weeks, for ten years.” At his lowest point, Cameron was spending half of his time in the hospital. Even on his good days, he was dealing with low energy, loss of appetite, and difficulty breathing.

“We thought he would need a transplant,” said Dr. Anstead. “But with treatments getting better—there was hope.” 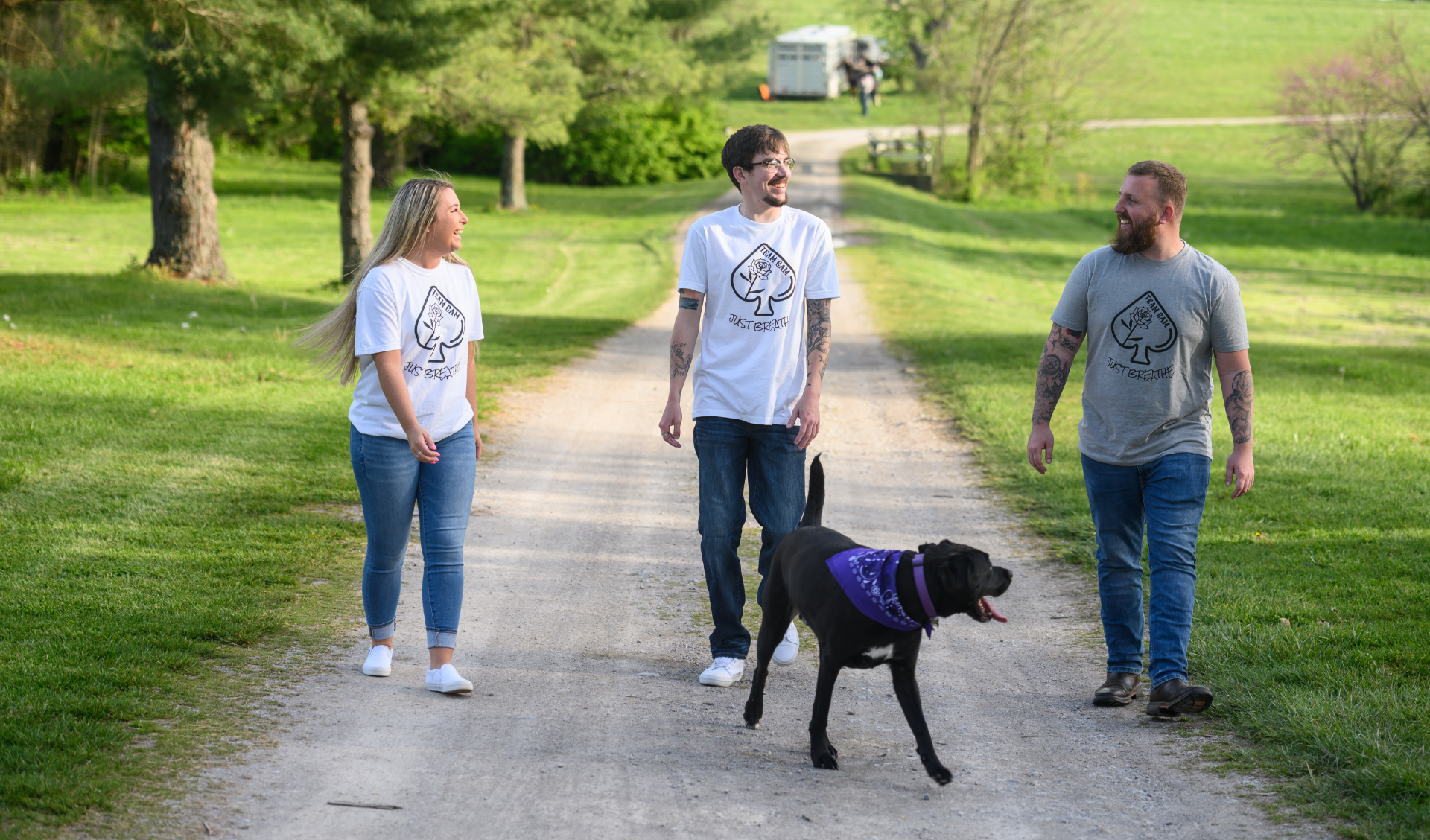 “I feel 10 times better. This new medication has given me more good days.”

Hope came in the form of a new, breakthrough medication which Dr. Anstead and his team were able to help Cameron gain early access to. After experiencing severe side effects on two other medications, Cameron was hoping for a miracle—and he got one. “Everything was a complete 180,” he said. “It’s been a blessing to me. There was an area in my lung they thought that would never repair itself. It’s actually healed itself with this medication.” 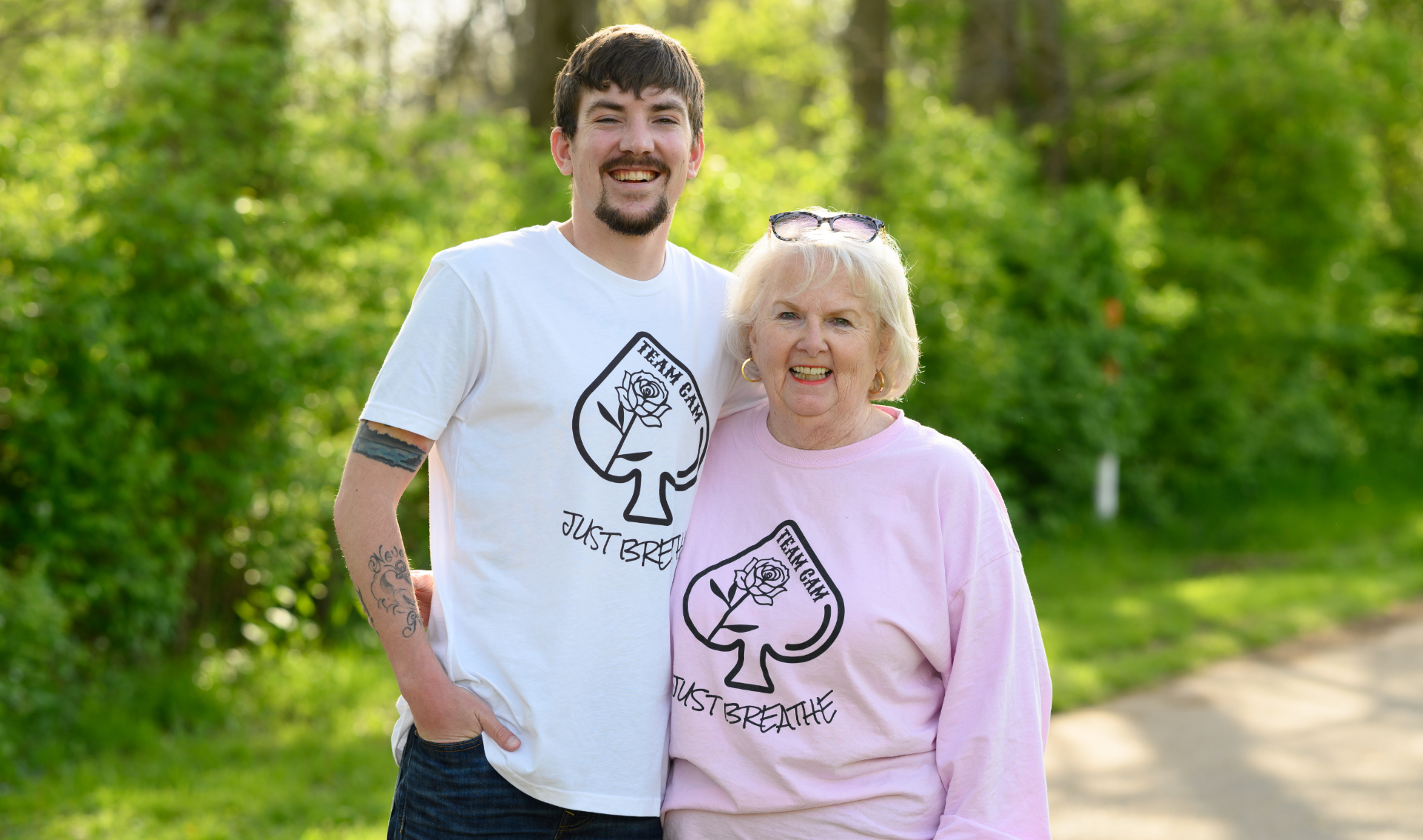 Cameron shares a close bond with his grandmother who has been by his side all through the years.

Since starting the new medication, Cameron’s CF severity has decreased, and is now classified as “moderate to severe.” He’s also had significantly fewer hospitalizations, now going once every three months or so. His lung function has improved enough that he no longer needs a lung transplant. Pre-pandemic, he was able to travel frequently, thanks to his job as a baggage handler at the airport. It’s closer to the life he’d dreamed of—the life he’d promised his little brother he’d have.

“I lost my little brother when I was 18 years old. He had CF and cerebral palsy from his stomach rupturing in the womb. Prior to him being born, I would always question my life. ‘Why me? This isn’t fair.’ But from birth, he couldn’t do anything—sit up, talk, walk, or eat. They initially gave him 24 hours to live but he ended up living six years, four months and two days. Through everything, he was always smiling. I always promised him I’d live life to the fullest for both of us. And so whenever I was out of the hospital, I’d travel and see life for both of us. He gives me strength.” 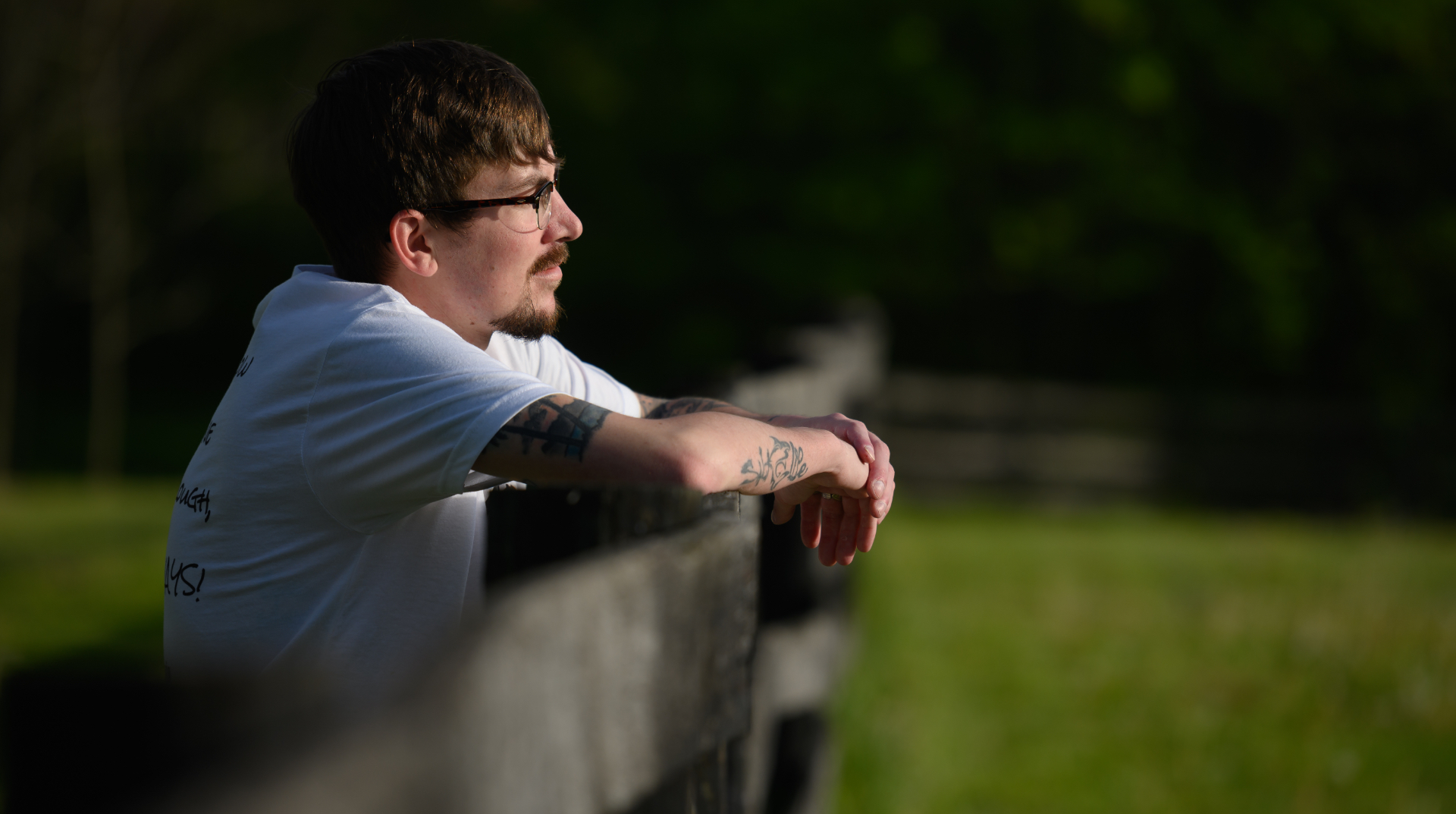 “I can’t complain. I choose to live life for the both of us.”

Throughout his hospital stays, Cameron was supported, medically and emotionally, by his nurses—some of whom have become like family. “One of my former nurses, Ms. Winburn, is like a big sister to me now,” said Cameron. “There were some years I would spend every holiday at the hospital. She would bring me meals, or one Christmas, she brought a tree. We decorated it with candy canes and used a nebulizer piece for a star. Her daughter would visit and throw pixie fairy dust to heal me. Little things like that definitely made my day better.”

CF treatments can be incredibly time-consuming. As they receive bronchodilators, antiviral medications and chest physiotherapy, patients can spend hours every day with their respiratory therapists. 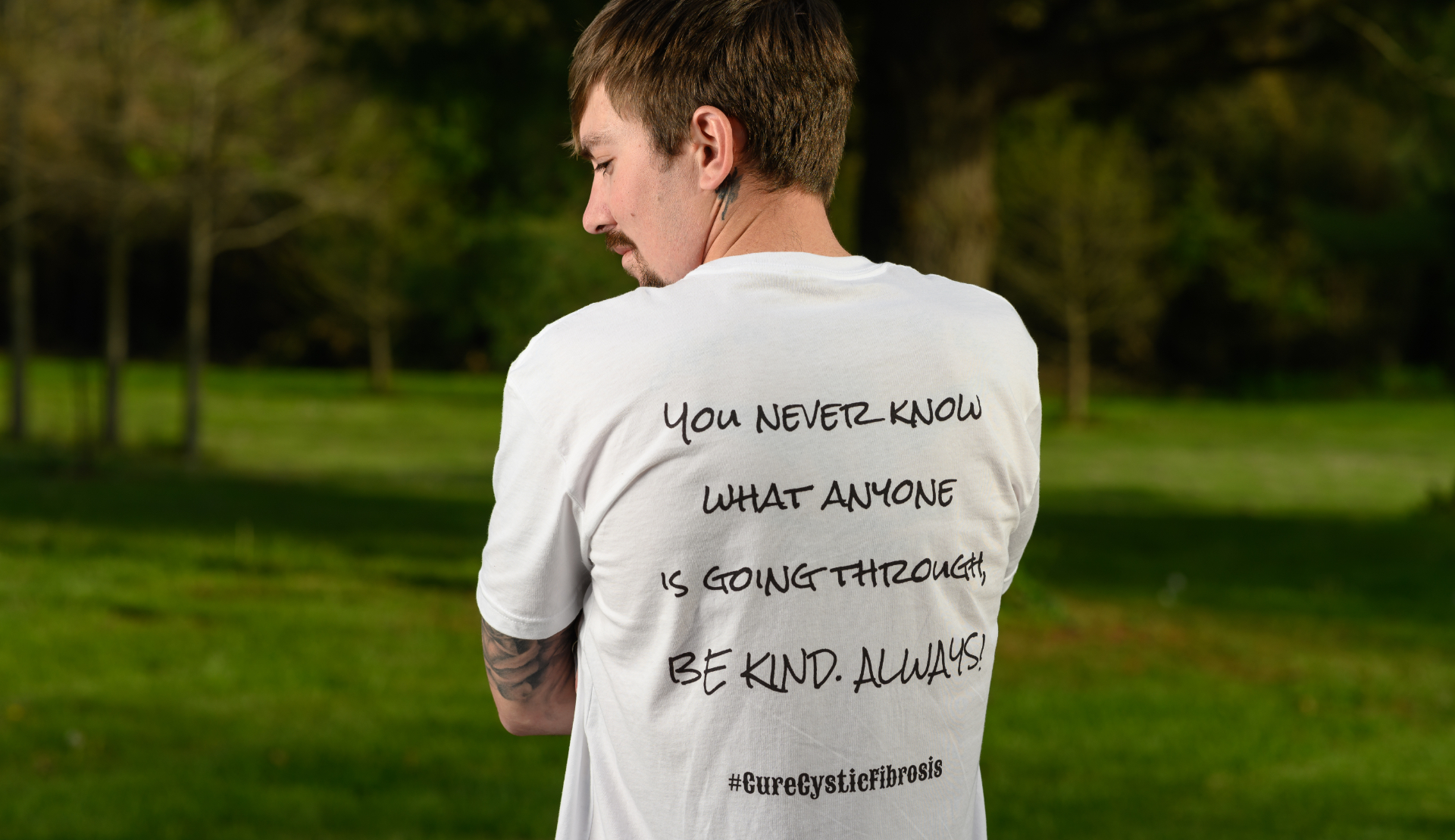 “If you saw me walking down the street, you wouldn't know anything was wrong with me.”

“During the time you’re with them, you might mean something to them,” said Cassie Carter, one of Cameron’s respiratory therapists. “I just always try to imagine what it’s like for these teenagers with CF. They are in and out of the hospital, and can’t be as social as they would like to be. They don’t get to do a lot of the stuff that other teenagers and young adults are doing. Cameron’s a fighter—he has a really sweet heart and a strong will that carries him far.”

Despite the COVID-19 pandemic, Cameron is continuing to live his life—while taking precautions to protect his health. He goes snowboarding every chance he gets, and recently got engaged to his fiancée, Michelle. He’s looking forward to resuming his travels when it’s safe to do so. After all, as Cameron says, “You’ve got to make the best of what you were given.” 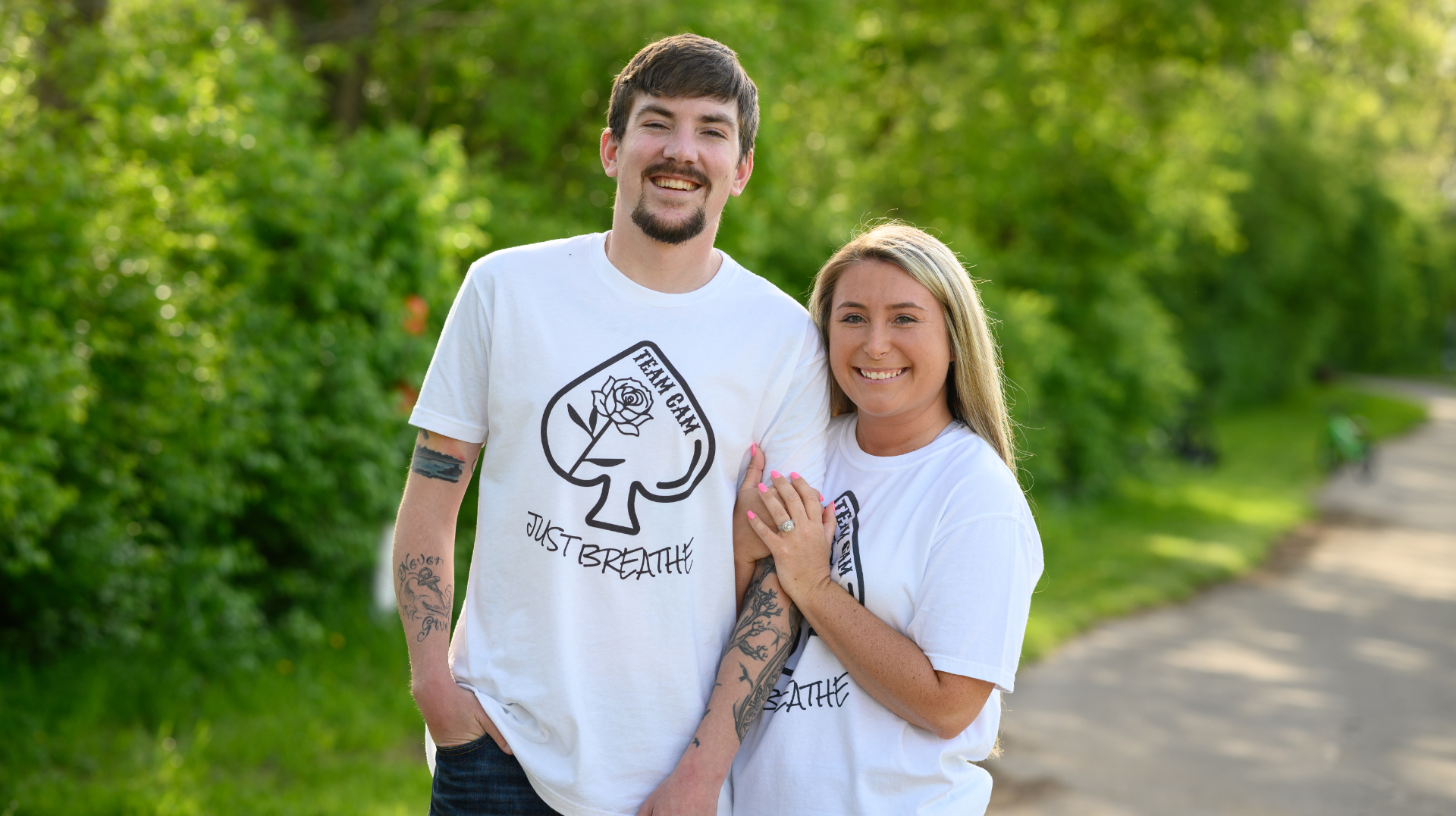 “Just be the best person you can be to everybody.”