“Three days before Christmas, I got a phone call.”

“The first time I ever tried welding in high school, I was hooked. Twenty-eight years later, I retired. What a heck of a deal.”

Danny Roberts managed to reach his 60s without having any severe health problems. Even as a teenager in vocational school for welding, he wasn’t prone to accidents or mistakes. He turned that talent into a career that spanned nearly three decades: working in factories, doing custom welding, and teaching the skill to young boys at a juvenile detention center. When he retired in 2009, he was looking forward to many more healthy years—until, a decade later, things suddenly went wrong. 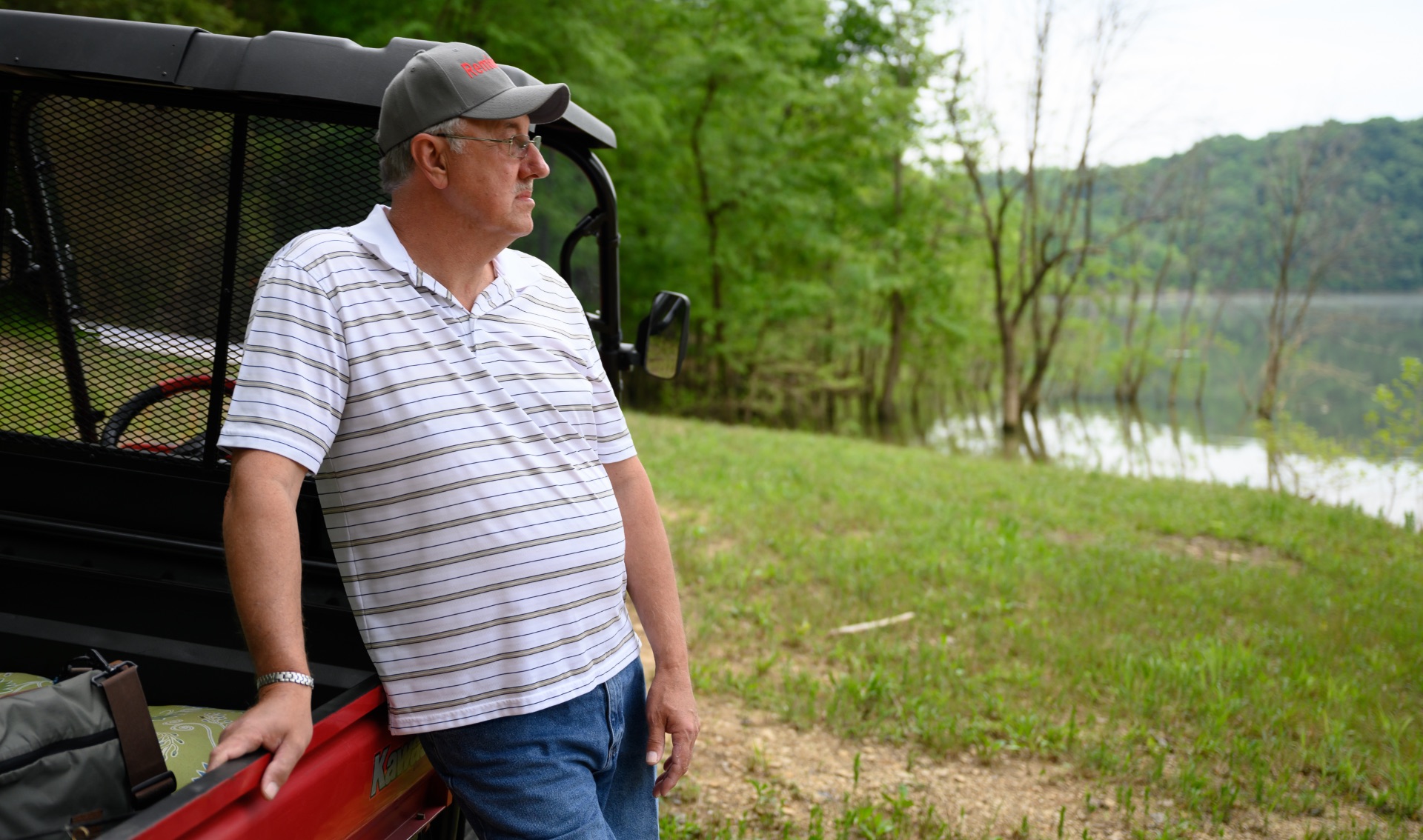 “My health was fine. I thought it was fine.”

“Out of the blue one morning, about 3:30, I woke up sick,” said Danny. “My stomach felt like I was going to throw up. I kind of felt bad the day before, I didn’t have much of an appetite. I just kind of felt a little bit off. I went to bed like normal, and got up at 3:30 feeling sick, and I went to the bathroom and started throwing up pure blood. Just lots of blood.”

Danny and his wife went to their local hospital in Monticello, Kentucky. But when the vomiting worsened, Danny was rushed to UK HealthCare. By the time he arrived, he’d lost almost half a gallon of blood. 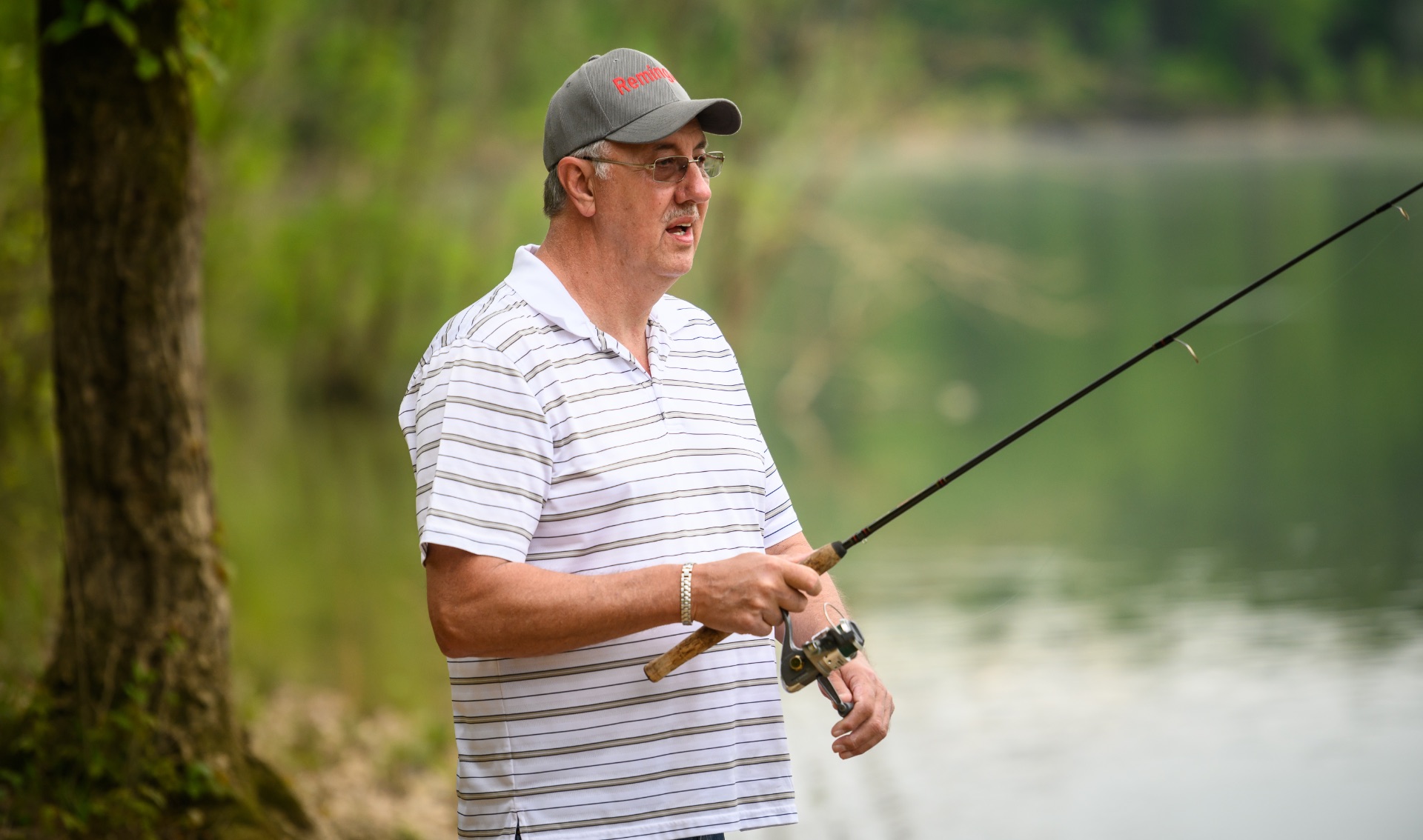 “My condition affected everything—even dressing myself or my favorite activities like fishing.”

Surgeons at UK HealthCare found that a vein in Danny’s esophagus had ruptured due to an increase in pressure on his portal vein—the vein that ensures that blood gets from the digestive organs to the liver. Due to the rupture, blood was pumping straight into his stomach.

“It blew a gasket, so to speak,” said Danny. “They patched that leak and put a coil around it and some permanent glue.” 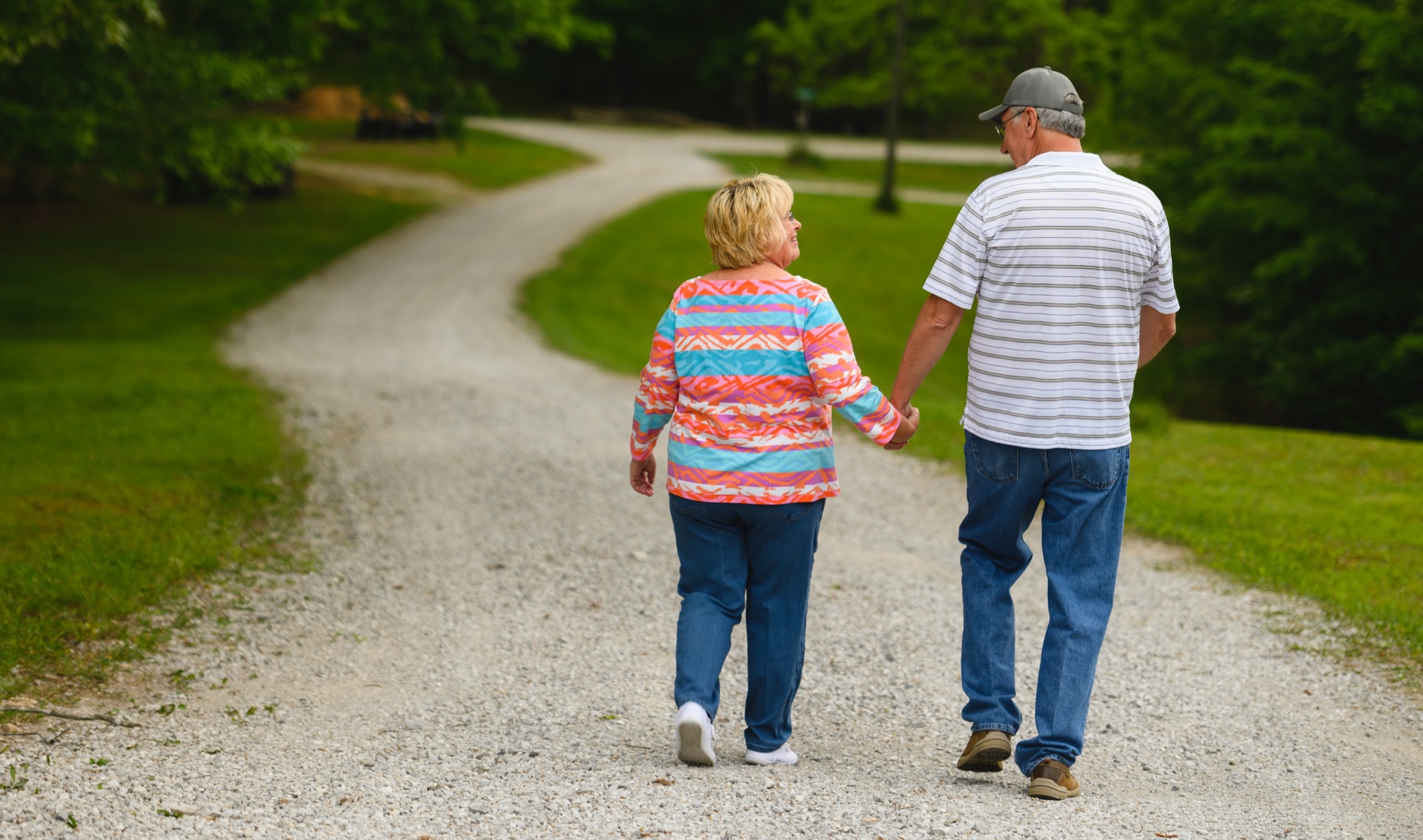 Throughout his ordeal, Danny had his wife’s hand to hold and her encouragement to keep him going.

But as his doctors started to look more closely at Danny’s condition, they found the underlying issue that caused his initial rupture: a blockage in his liver. That blockage was the result of a condition called nonalcoholic steatohepatitis, or NASH, an inflammation of the liver caused by a buildup of fat. Danny’s doctors also saw evidence of an even bigger concern: Danny’s liver was failing, and he needed a transplant.

Danny and his wife began the long process of waiting for a donor match—in Kentucky, most recipients wait a year or more before receiving their new liver. As time passed, he started to believe that he probably wasn’t going to get a call with good news. “I’d pretty much given up hope, to be honest with you. I was just going to make the best of what time I had left. Death didn’t scare me. I’d pretty much come to terms that I was going to die and not get a transplant,” he said. “And then three days before Christmas, I got a phone call.” 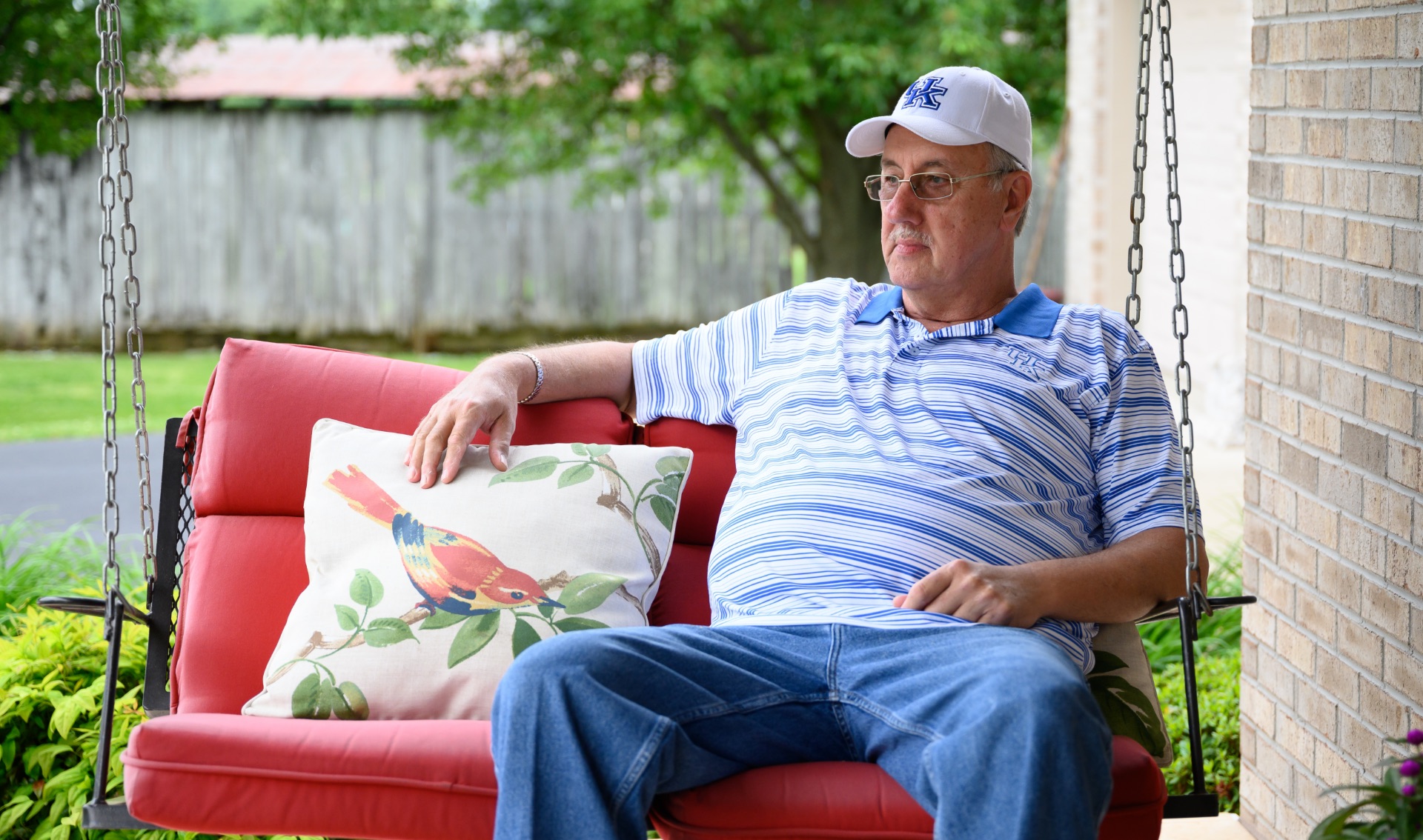 “I've thought a lot about what if that person hadn't been an organ donor. This was the best Christmas present.”

It had taken 18 months, but a donor liver was finally available, and it was a match. Danny and his wife immediately drove to UK HealthCare’s Transplant Center to prepare for surgery. It was a bittersweet moment for the two of them—they knew that Danny was only receiving a liver because someone else had lost their life, and a group of people had lost a loved one.

“I was just so grateful that this person had decided sometime during their life to be a donor,” said Danny. “Of course, there is grief for the loss of life. But at least a part of that person got to continue in some form and help somebody else. I think being an organ donor is for anybody—it would save so many lives.” 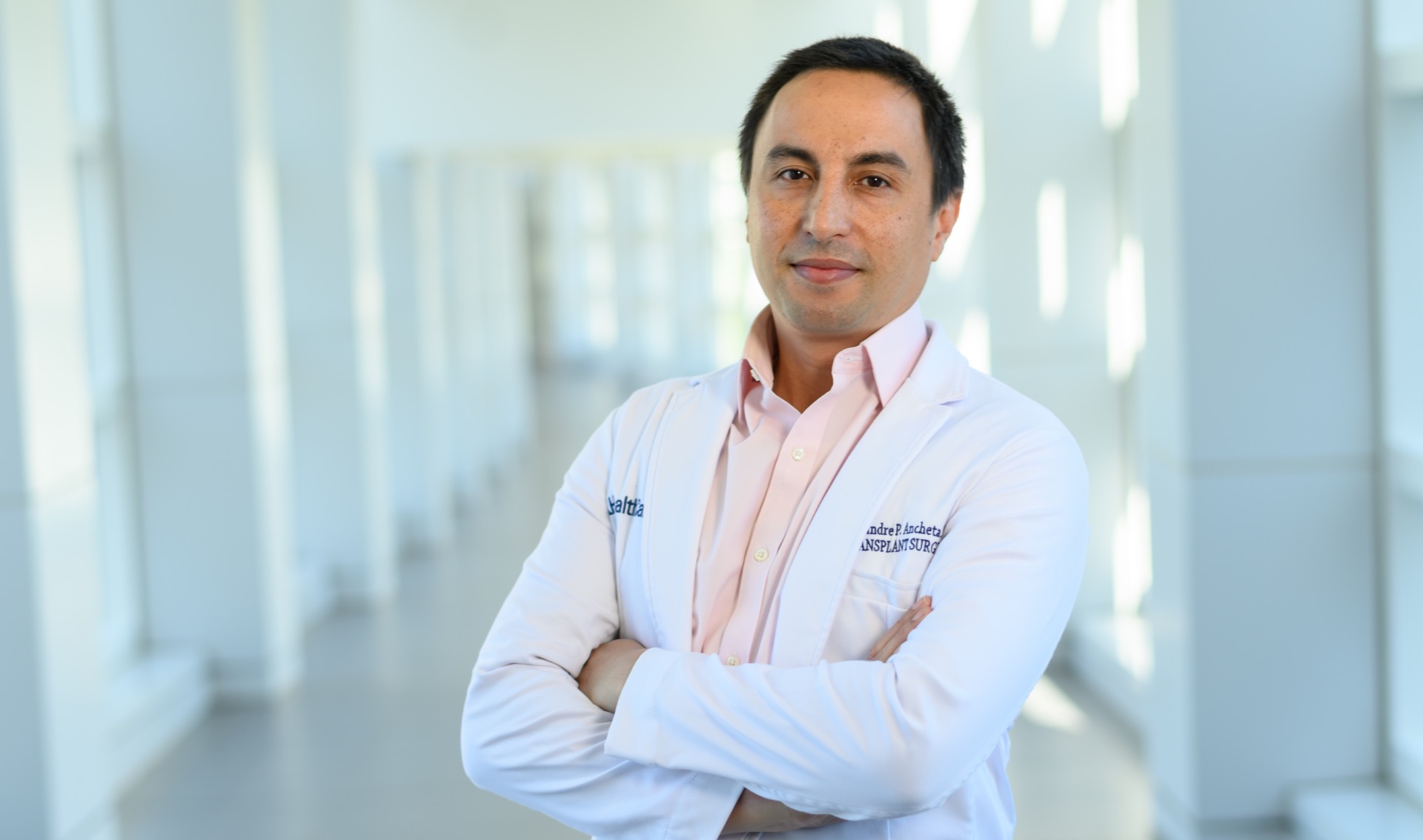 The first weeks after transplant were crucial, and Dr. Ancheta and his team helped Danny through.

The first two weeks after his transplant surgery, performed by Dr. Alexandre Ancheta at UK HealthCare’s Transplant Center, were the hardest. While Danny felt different immediately after surgery, he said it took some time for the soreness and swelling to subside. Because he was going to post-op appointments every other day to ensure that his liver was functioning well, he stayed with a family member who lived close to the hospital, rather than going back home to Monticello. Outside of those appointments, his team at UK HealthCare encouraged him to get up and walk as much as possible, so that he could slowly regain his strength. 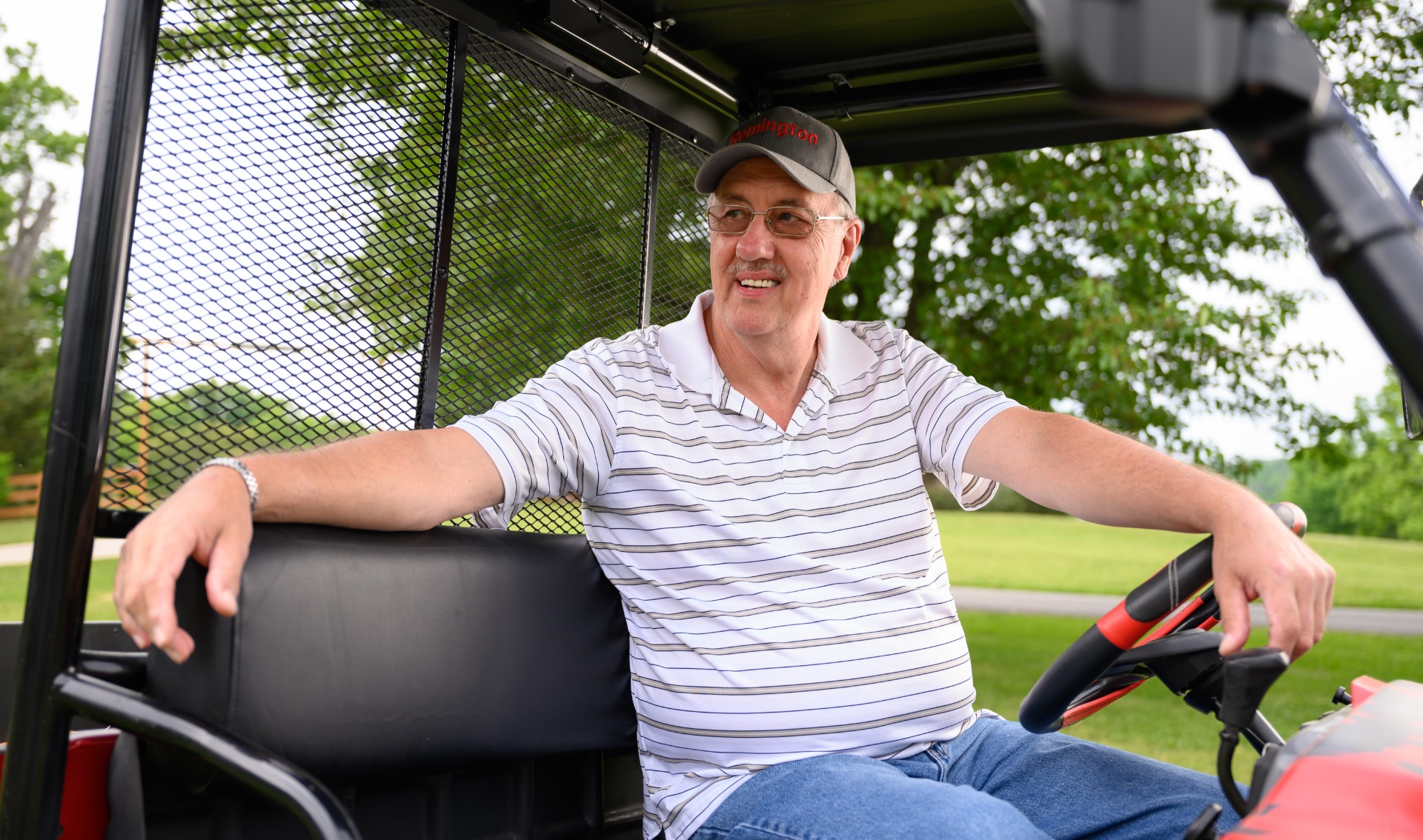 “Your mental attitude changes. You have hope and believe you're actually going to live.”

“I had so much swelling in my feet and ankles, a bunch of fluid built up, and was really, really sore,” Danny said. “So getting in and out of bed was tough.”

But day by day, Danny started to notice that walking was getting a little easier. Moving was helping to build his stamina back up. Three months post-op, he started to feel like his body was getting back to normal. After six months, he felt completely normal and was back to doing yard work and household chores, just like he had before his surgery. 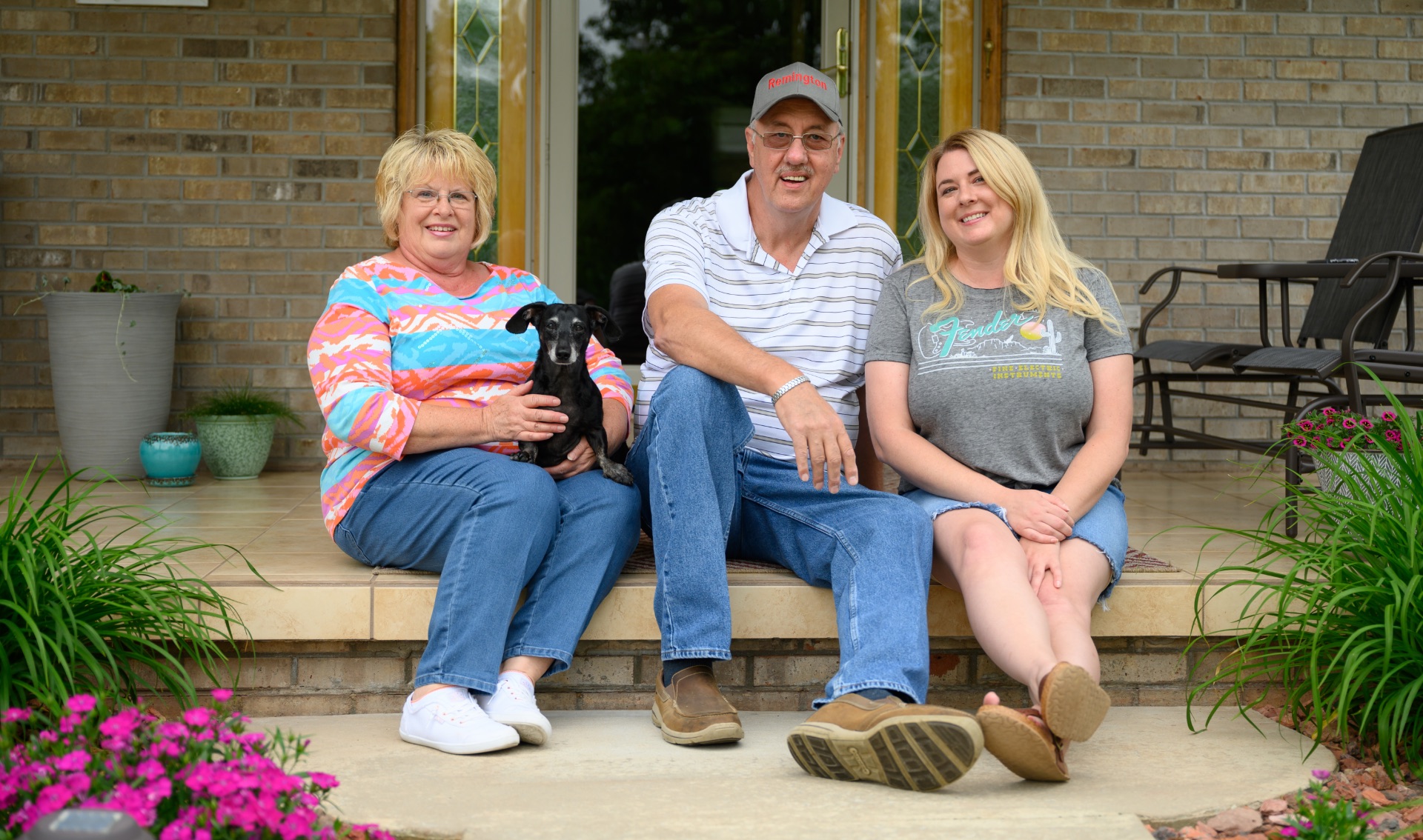 Danny is finally spending his retirement as he had planned—surrounded by his family.

It’s been more than a year since Danny’s transplant, and he’s come a long way. He’s doing well, watching his health carefully, and is making the most of the time he’s been given. He’s enjoying being able to stay active—when his daughter recently bought a new house, Danny was able to help her paint it. None of it would be possible without his transplant and the people who made it possible.

“The people [at UK HealthCare] are just like heroes to me. I’m thankful they chose the health profession. You know they truly care for you, and that you’re in good hands,” he said. “They’re the best group of people. I cannot express that strongly enough. The nurses, the doctors, the nurse practitioners, even the people at the front desk when you go in—everybody. It’s just amazing.” 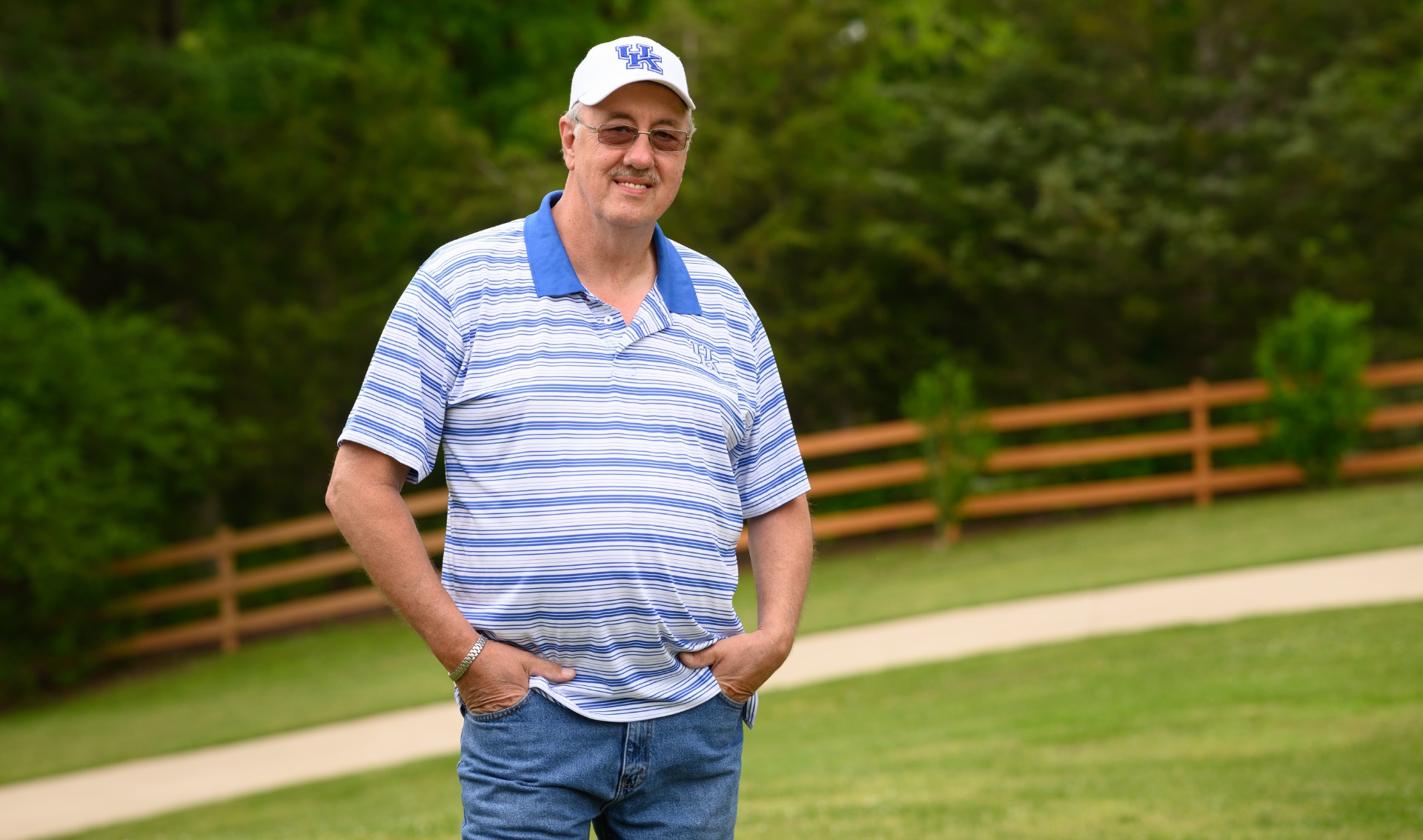 “Being an organ donor is for everybody. It would save so many lives, and I'm all for it.”

“When you have symptoms, don’t ignore it.”Cancer, Emergency Services