“Henley woke up with a sore throat. I had her gargle hot salt water, we gave her Tylenol and sent her to school. When I got home from work, she had already been picked up from school and she was laying on the couch asleep. When she woke up, her cheeks were flaming red. We took her temperature and it was 102.”

Six-year-old Henley Thurman had already recovered from COVID-19. She had caught the virus in December, and experienced only mild symptoms. So when she came down with a sore throat and a fever in January, her pediatrician in Somerset didn’t think it was COVID-related. A telehealth visit led to a suspected diagnosis of strep throat, and a prescription for antibiotics. Her parents, Lindsay and Jarred, put her on the prescribed medications, and waited. 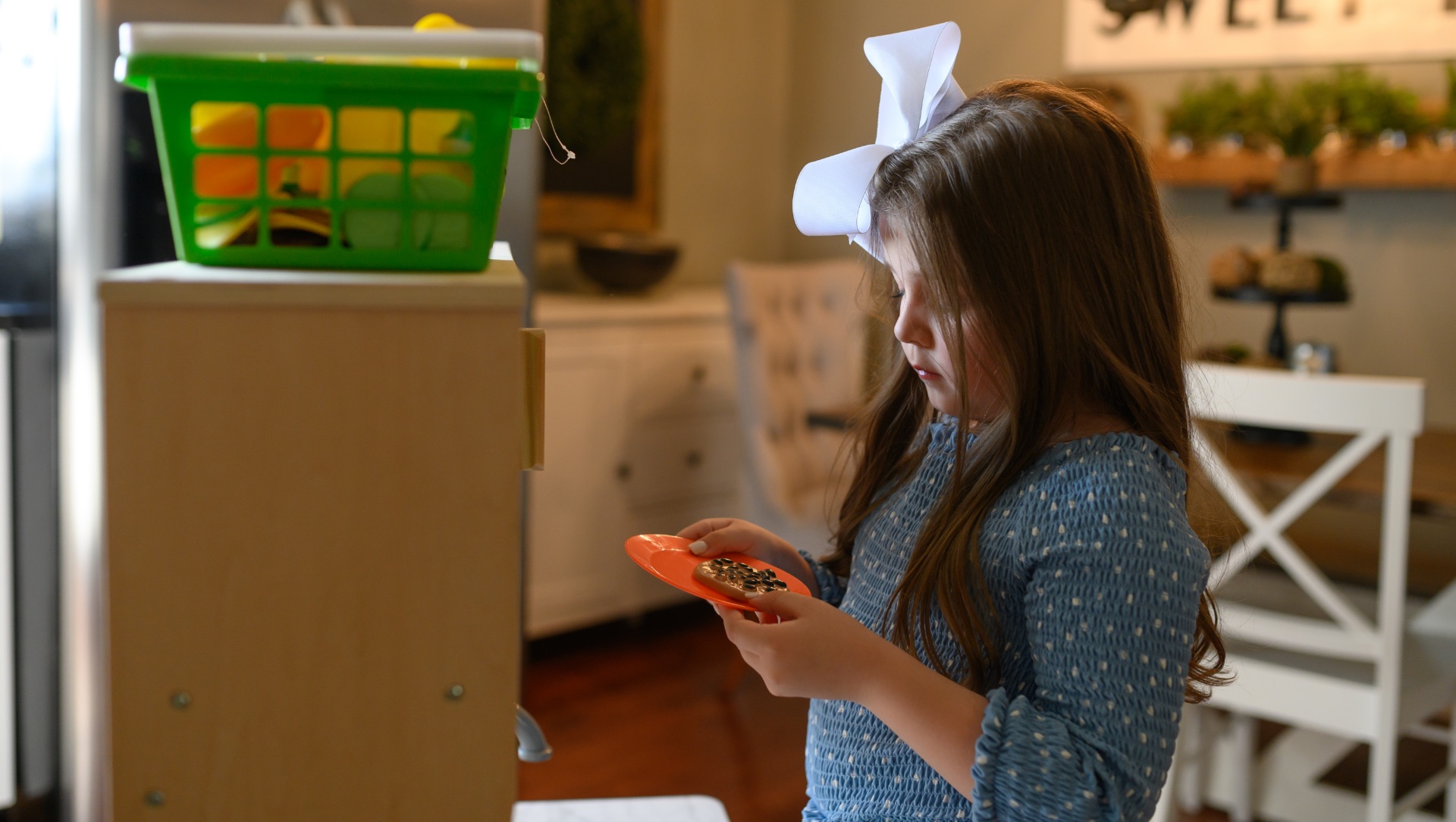 “Something just wasn’t right. She wasn’t herself. She was in pain,” said Lindsay.

“We went all week that week with high fevers—102, 103, almost all week,” said Lindsay. “She would refuse to eat, laid around on the couch, wouldn’t play. Usually when she has fevers, she will play while her fever is down. This time she didn’t play at all. She just wasn’t herself at all. So come Thursday, we called the physician and told them what was going on: with antibiotics she wasn’t improving at all. If anything, she was declining.”

Henley’s pediatrician sent them to a nearby hospital for lab work. The hospital tested Henley for mono—a test that would take five to eight days to come back—and gave her fluids to treat her dehydration. By the time Henley and her family left the hospital, she had a fever of 102.6, a rash on her legs, and still no diagnosis. When her fever spiked to more than 103 the next day, Lindsay knew something was seriously wrong, and drove Henley straight to the Makenna David Pediatric Emergency Center at UK HealthCare’s Kentucky Children’s Hospital. 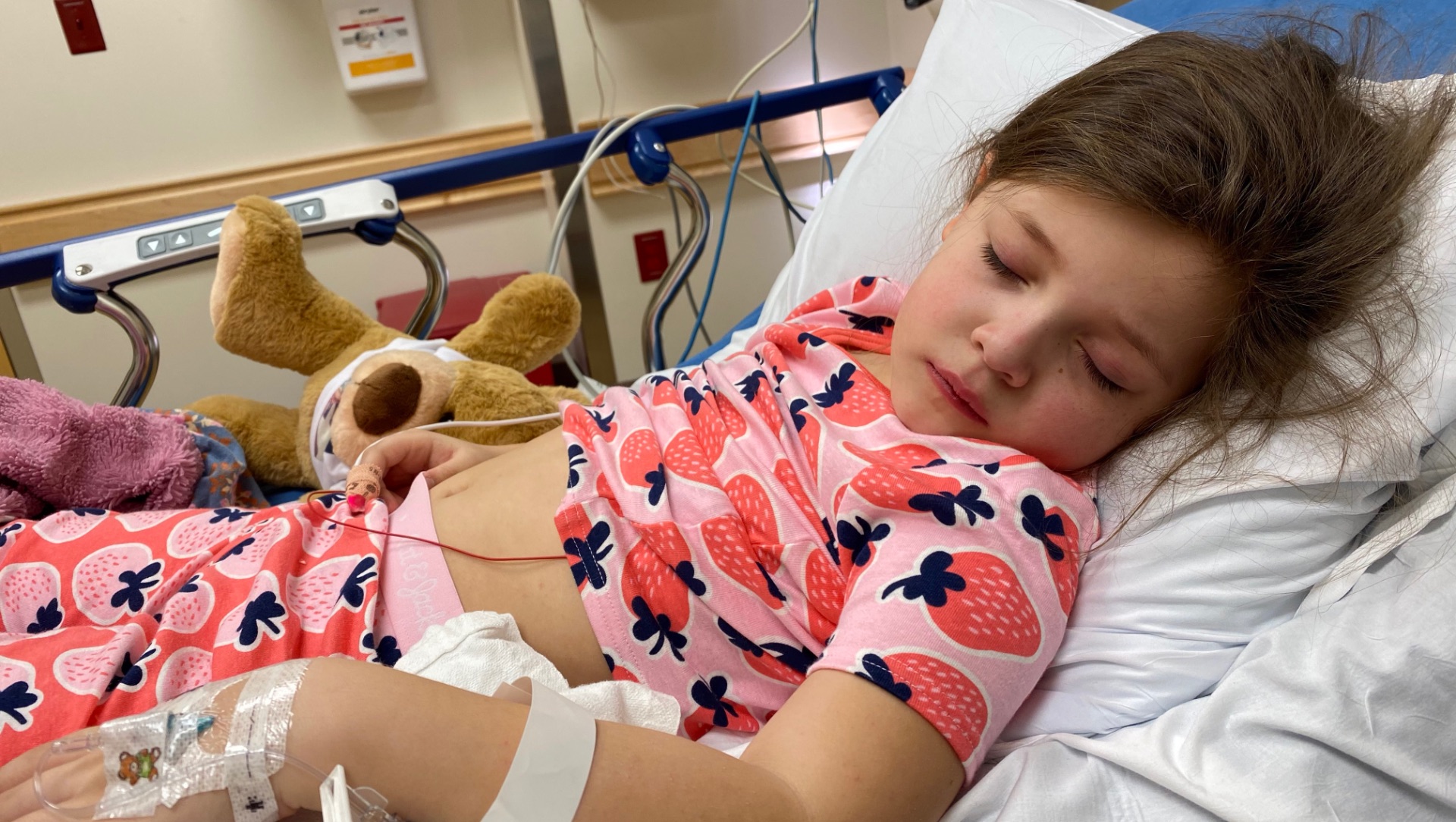 “She had symptoms, like rashes and red lips,” said Lindsay. “But we didn't know what was going on.”

Henley’s team began the dual tasks of treating her symptoms—which, by this time, included a bright red full-body rash, splitting headache, high fever, swollen lymph nodes, severe stomach pain, vomiting, and diarrhea—and finding their underlying cause. They narrowed it down to two suspects: Kawasaki disease and Multisystem Inflammatory Syndrome in Children, or MIS-C, a rare syndrome associated with COVID-19 and seen in children and teens. 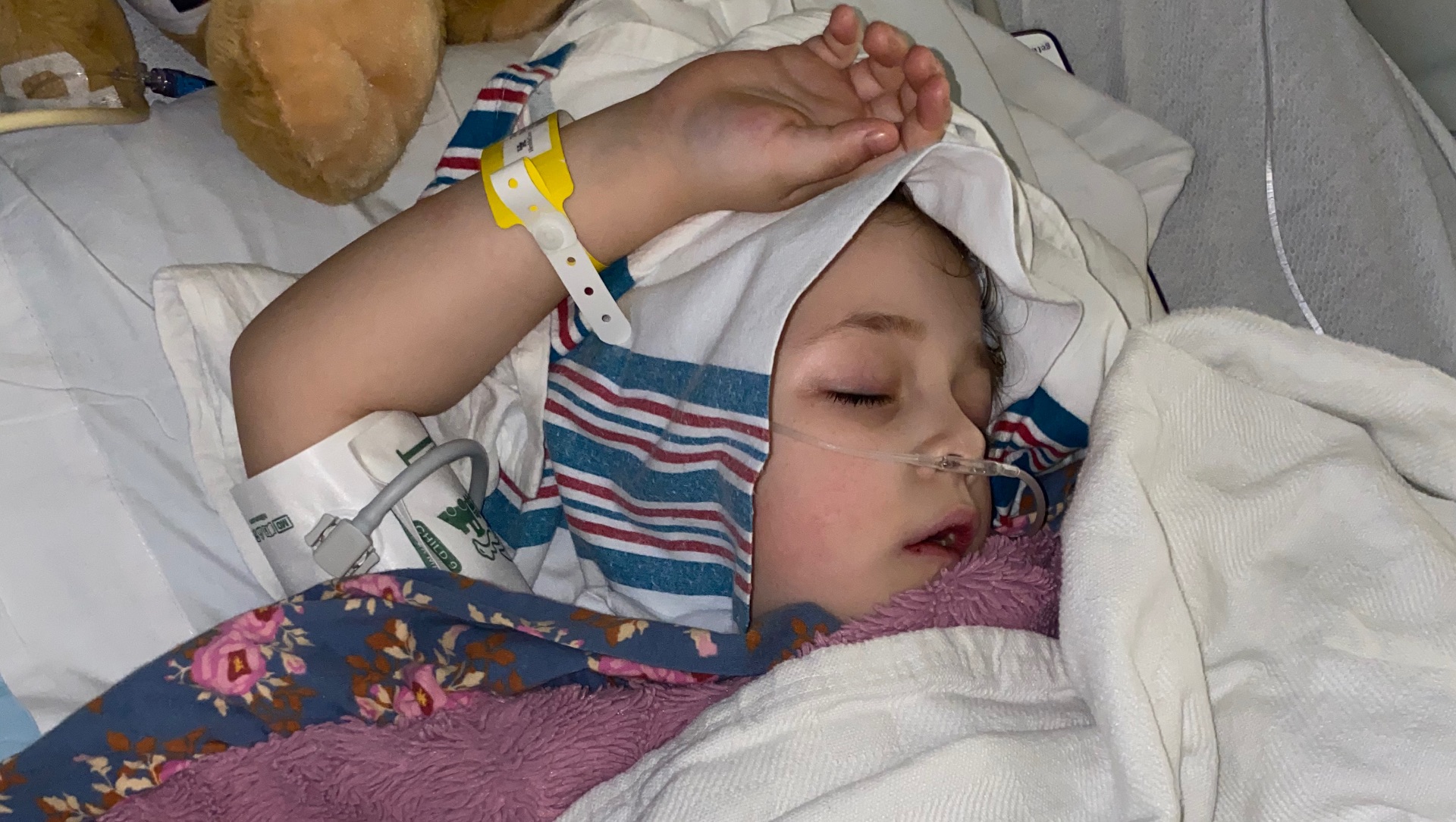 “We'd experienced her being very sick before, but this was probably the mother of them all,” said Lindsay.

“She was almost lifeless,” said Lindsay. “Early the next morning, labs showed her inflammation had jumped significantly overnight. Her oxygen level was also declining, so she was put on oxygen. The team explained to us that her symptoms mimicked Kawasaki Disease as well, but her final diagnosis was MIS-C. With her heart results showing enlarged valves and arteries, her symptoms and vitals, the team of doctors decided she needed constant monitoring, and they’d be sending her to the PICU.” 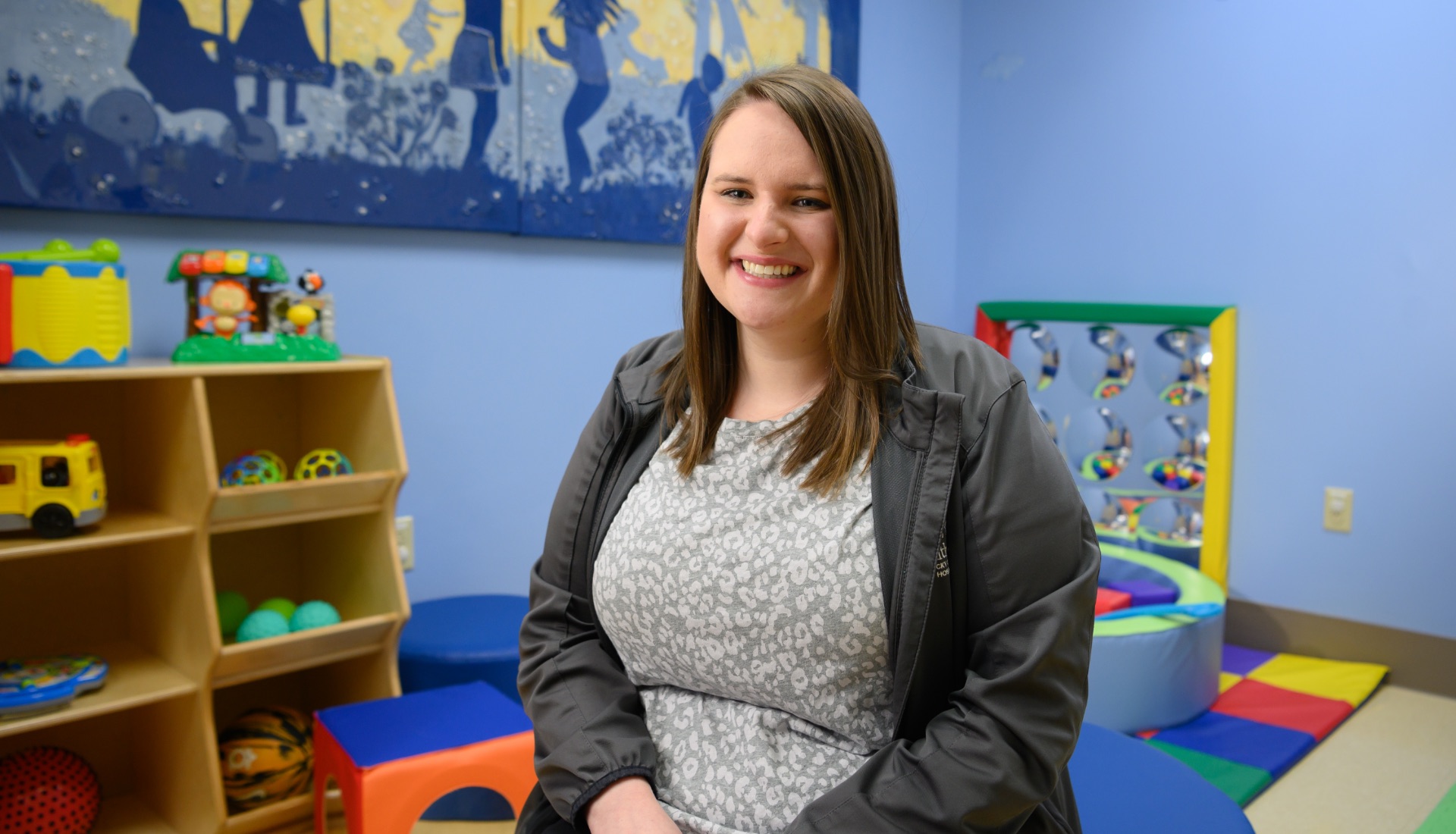 “Dr. Sarah is my favorite doctor,” said Henley. “Dr. Sarah made me happy.”

“I was able to find out what PICU room Henley was going to, and I went and took pictures of the specific room. I was able to just walk through it with Henley’s mom—these are the similarities of the unit, it’s not on another floor, it’s right down the hall. I was able to show her what the room looks like, and where the nurse will sit, right outside the room. Then Henley started to wake up, and I was able to do the same thing with her, in more appropriate terms for her development.” 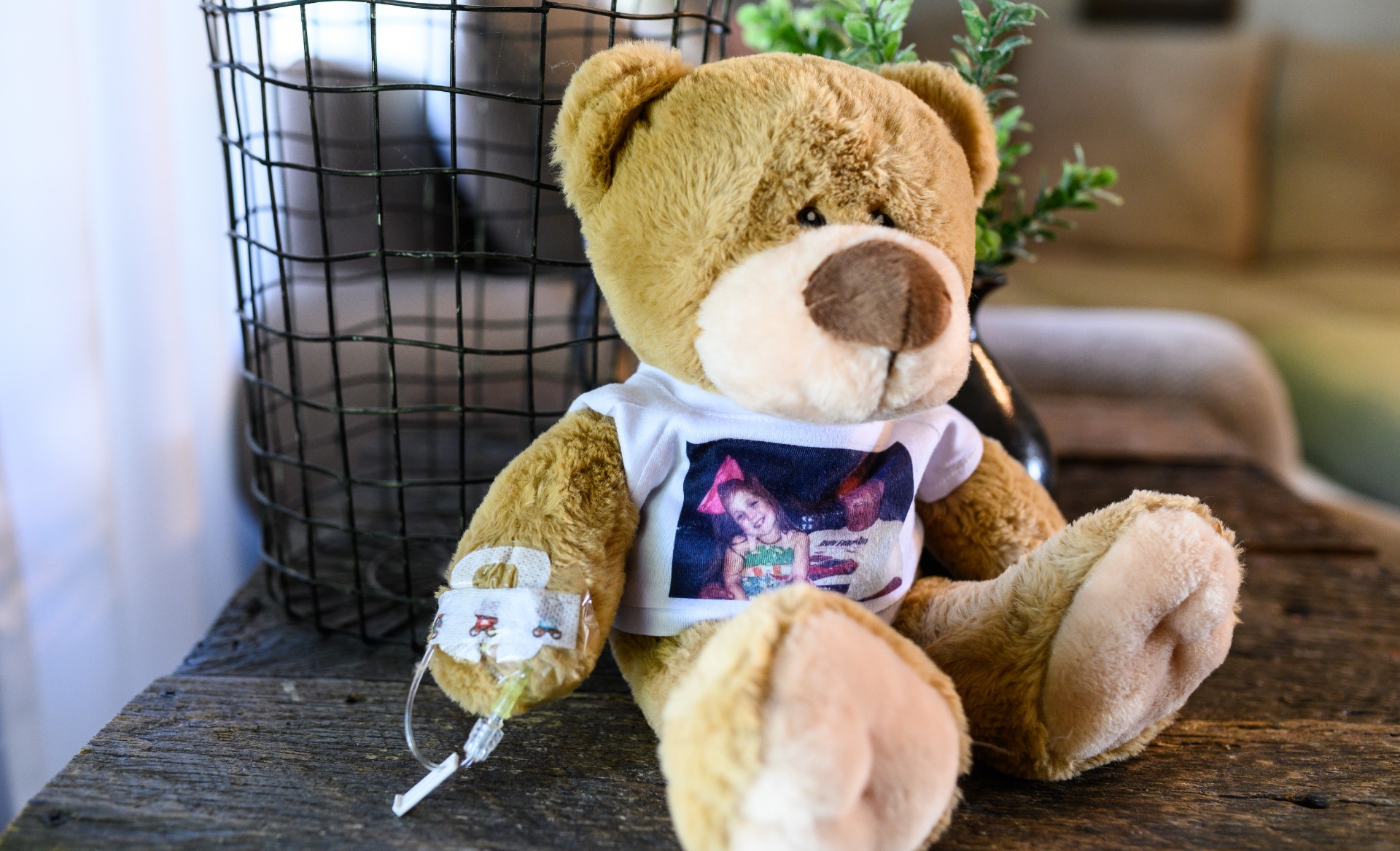 Donnie, Henley’s bear, encouraged her to bravely face her fear of needles by going first.

Sarah helped Henley and her parents move into their room in the PICU, and introduced Henely to her PICU team. When Henley, who has a fear of needles, faced the challenge of getting a second IV, Sarah was right by her side to help her through it.

“She had a teddy bear named Donnie. With her permission, I was able to show her, on Donnie, each step of the IV start and what was going to happen. I was able to support her through that, which was…it was very difficult for her, but she did it.” 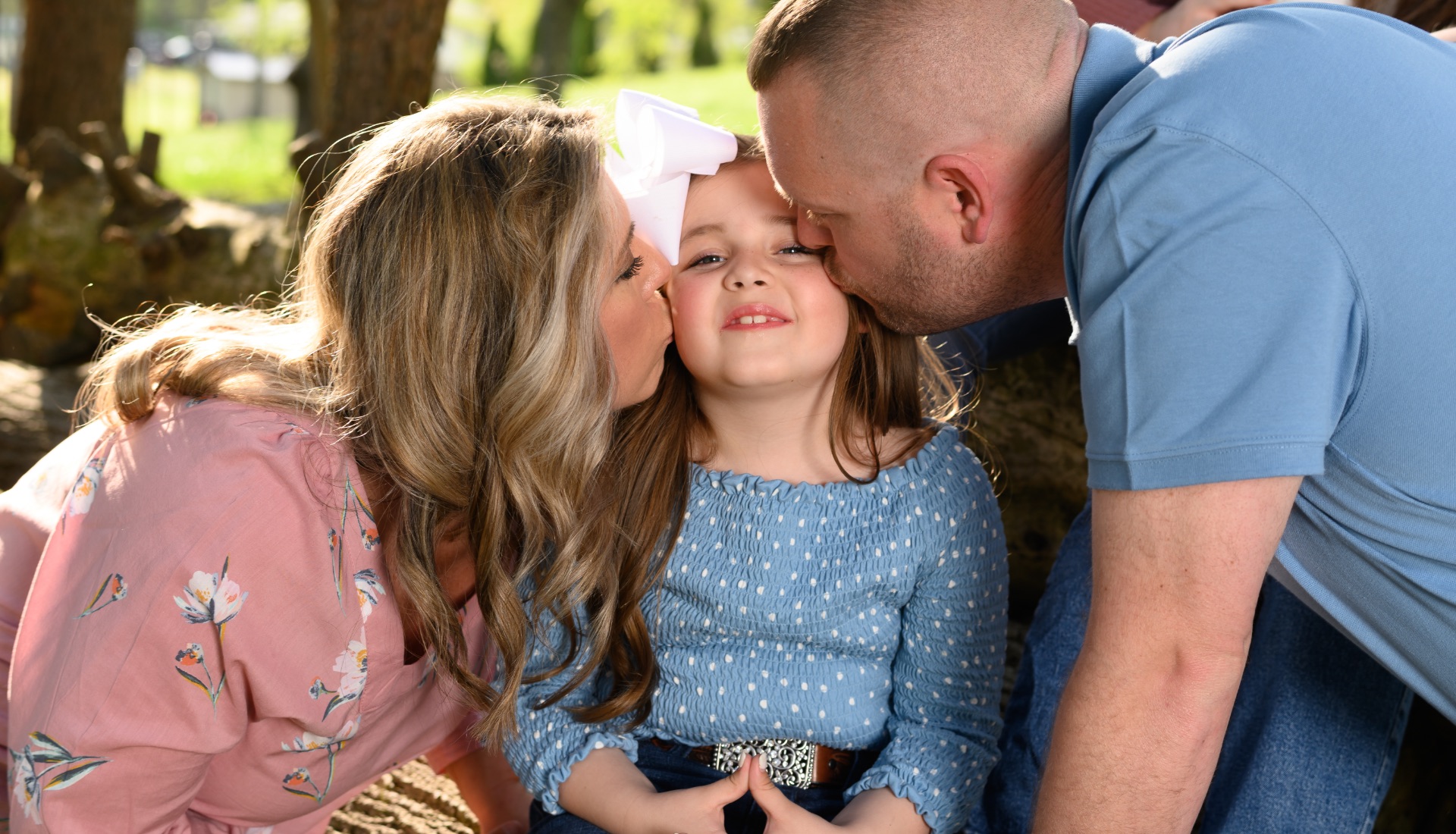 “When they did my IVs, we put an IV in his hand. He still has it in his hand,” said Henley. “I don’t like needles. But Dr. Sarah, I liked. Dr. Sarah made me happy.”

“We, as parents, were completely in shambles,” said Lindsay. “But every doctor that we talked to, every nurse—they were very attentive, they were very loving, very caring. They just made us feel comforted. And I think they made Henley feel as comforted as possible in her situation that they could.” 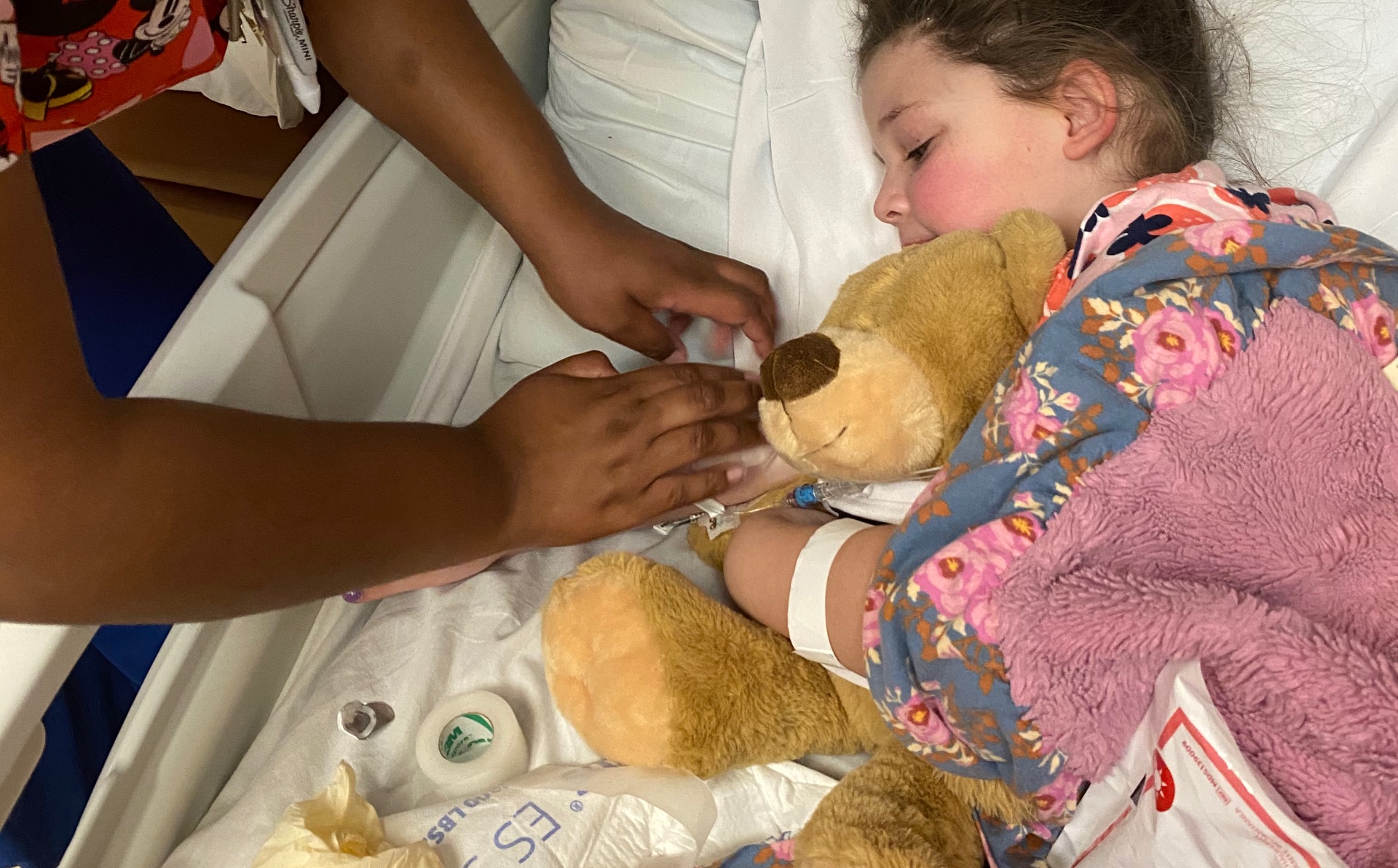 “Every doctor that we talked to, every nurse was very attentive,” said Lindsay. “They were very loving and caring.”

Once Henley was safely settled into the PICU, she began IVIg, or intravenous immunoglobulin treatment. The procedure, which was originally planned to take place over 12 hours, ended up taking a full 24 hours as her body temperature dropped and her doctors dialed back the pace of the treatment to keep her warm and stable. Once the treatment was completed, it was another three days before Henley showed signs of improvement—but she finally began to turn a corner, eating something after nearly two weeks without showing any signs of hunger. 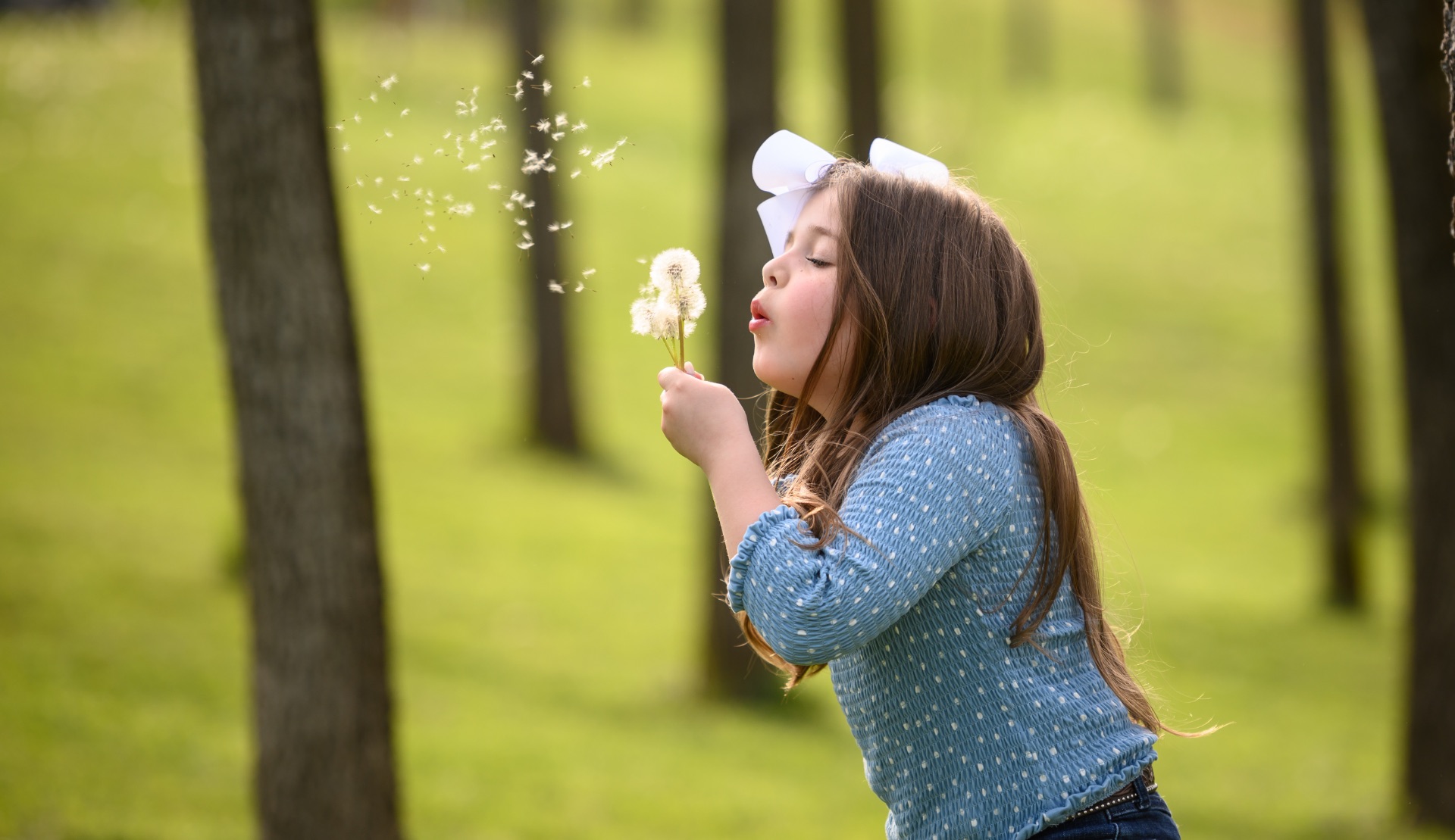 “We're not 100%. But she’s brave and her body's still fighting to be better,” said Lindsay.

“She really still didn’t feel good when we left, but she was definitely a lot better,” said Lindsay. “We were home a good week before she started actually being herself. When we got home, she slept a lot. She still wants to take naps, but she is so much more herself.”

While Henley was still dealing with lingering headaches, fatigue and blurry vision a month after her hospital stay, she continues to show regular improvement. With regular checkups, her doctors and family are hoping for a full recovery, thanks in part to her mother’s rapid action in bringing her to the hospital so she could receive the treatment she needed. 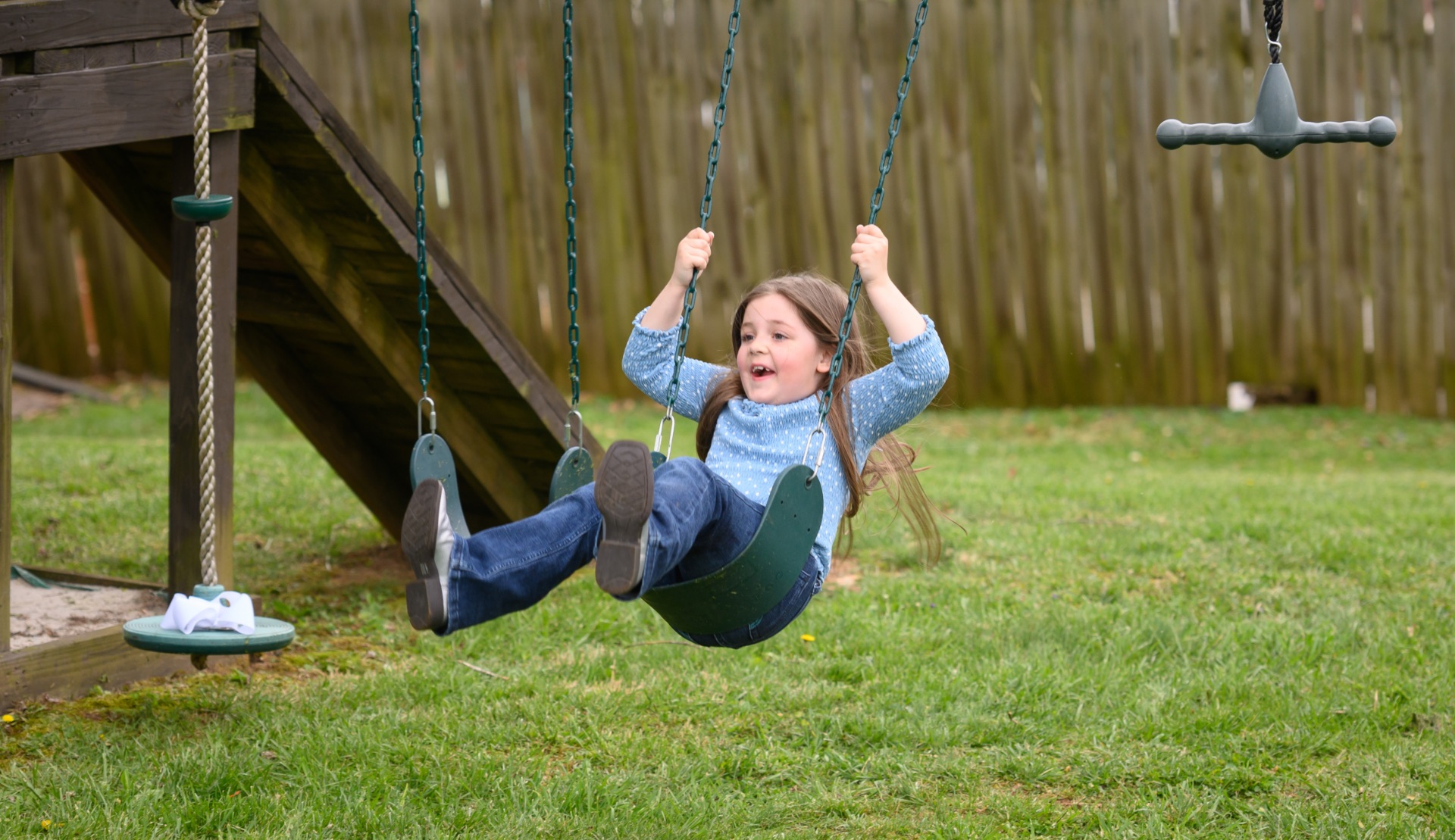 Henley continues to improve, and is getting back to her playful self.

“You know your children,” said Lindsay. “You know if something isn’t right. In Henley’s case, she was not eating at all, and the kid loves to eat. And so we just knew. Time is so important with MIS-C—the longer you go with it, the more damage that can be done to their organs. And so that’s what I want people to take away: If you feel like something’s not right, it’s so much better to be safe than sorry.” 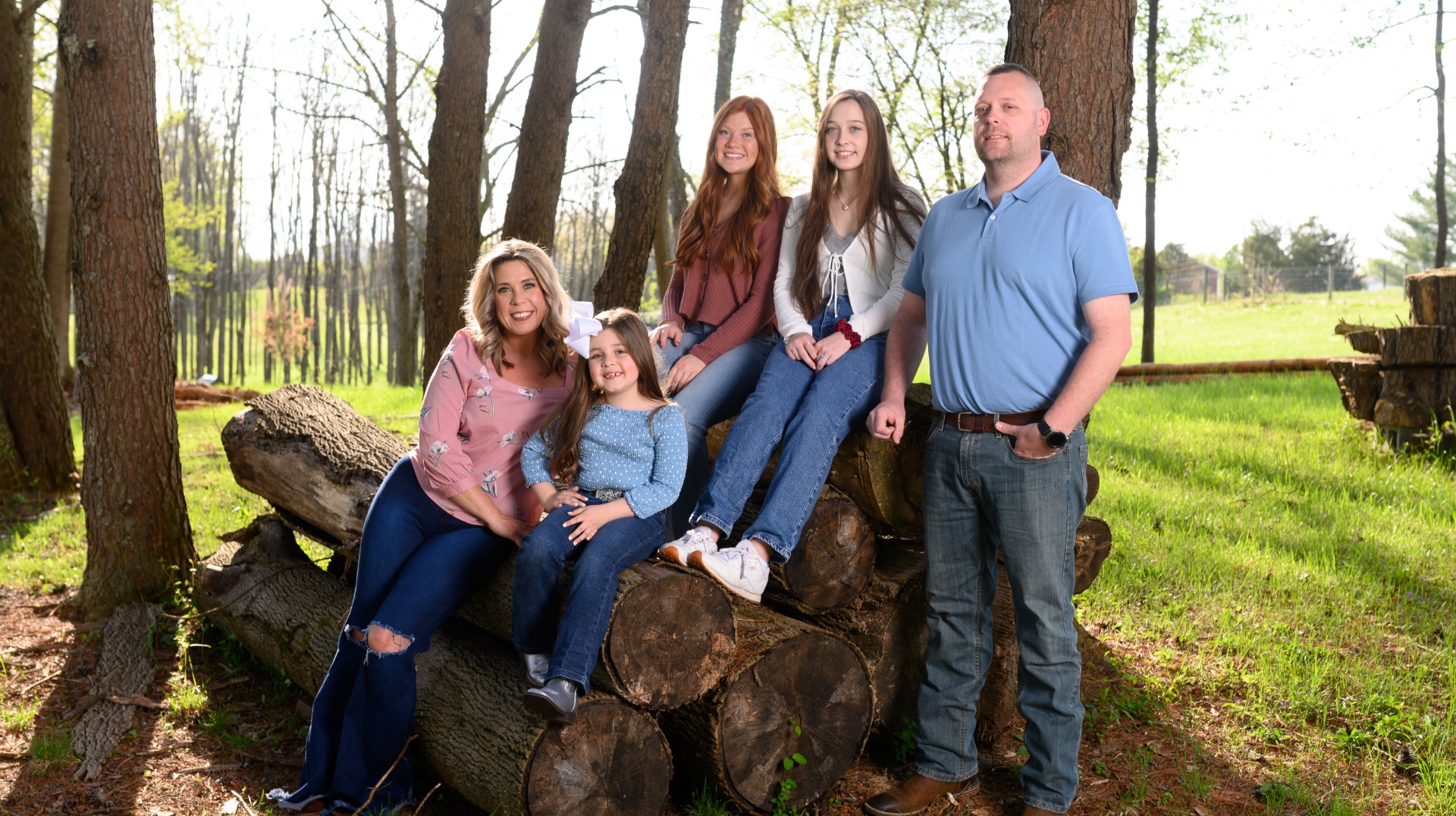 “We thank them for us to be able to bring our child home,” said Lindsay.

“Her life is not defined by her accident.”Pediatric Services, Trauma