“Anything that fired a projectile and let me hit a target—like slingshots or bows and arrows, even things like shooting baskets and pitching in Little League—was my thing. I wanted to be able to hit targets.” 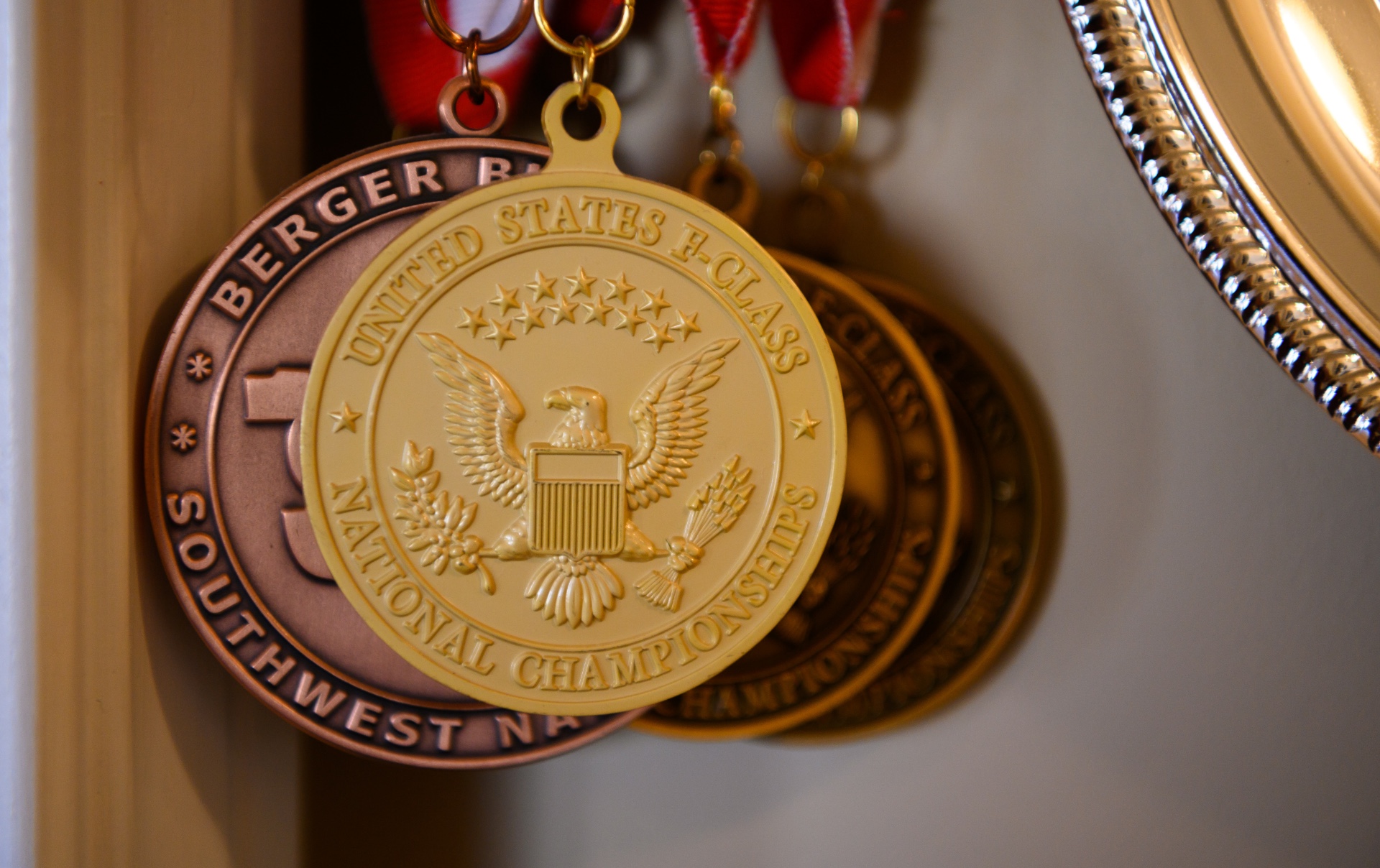 Addison isn’t just a competitive marksman—he’s one of the best in the country.

Addison Mohler has always been into shooting. He works for a company that sells competitive shooting equipment, he enjoyed it during his time in the United States Marine Corps, and as a kid would shoot and sling whatever he could get his hands on. But he didn’t just want to hit targets. He wanted to be good at it—and he is. 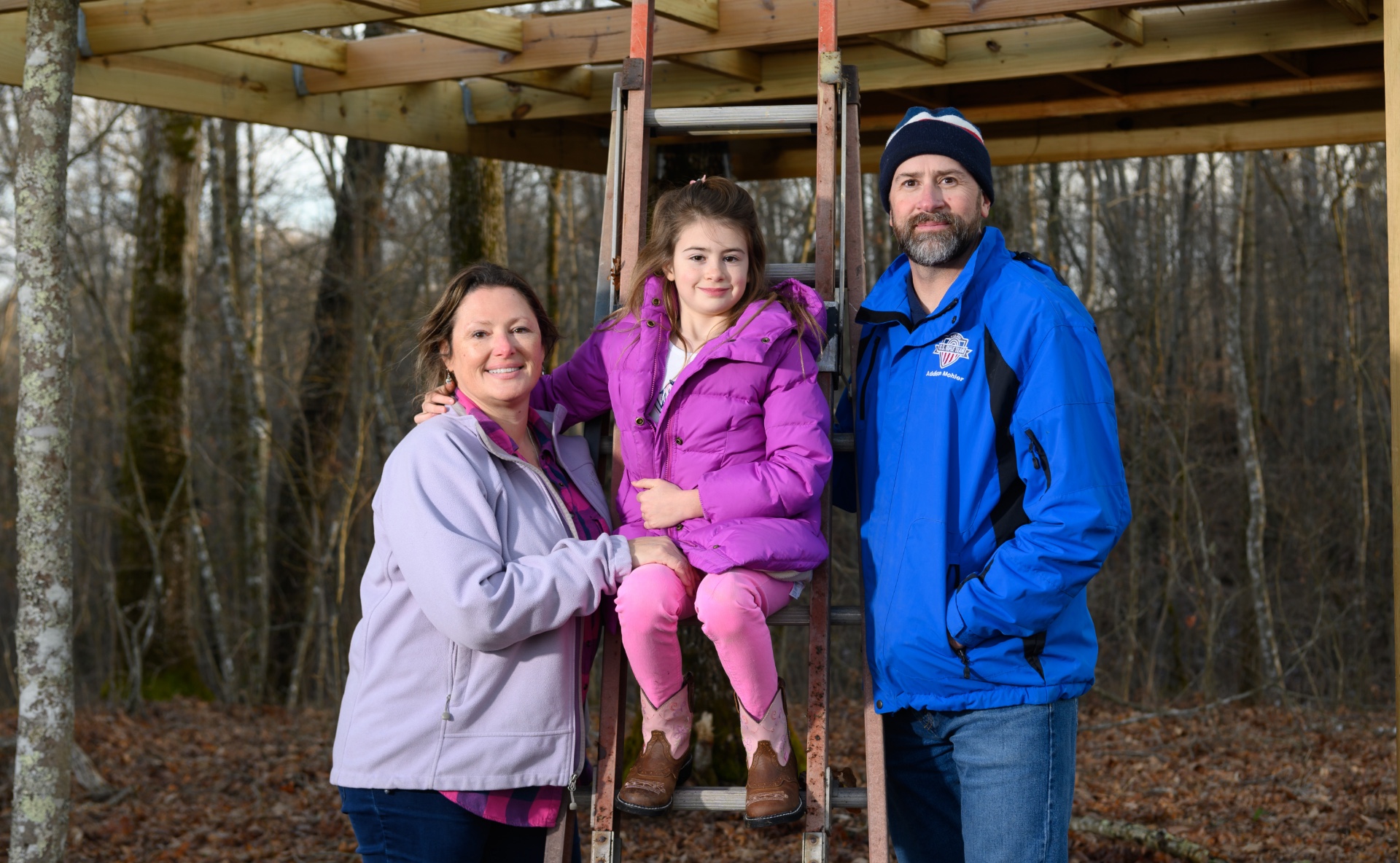 The Mohler family stands in front of the treehouse where Addison sustained his initial injury.

For the last six years, Addison has competed on a national level, and has been a member of the U.S. Rifle Team since 2018. But after he hurt his wrist while building a treehouse for his daughter, the injury threatened his chances at competing in the national championships. As Addison met with his orthopedic surgeon, Dr. Chase Kluemper at the UK HealthCare Hand Center, he had a specific request: he wanted his cast put on in a way that allowed him to still compete. 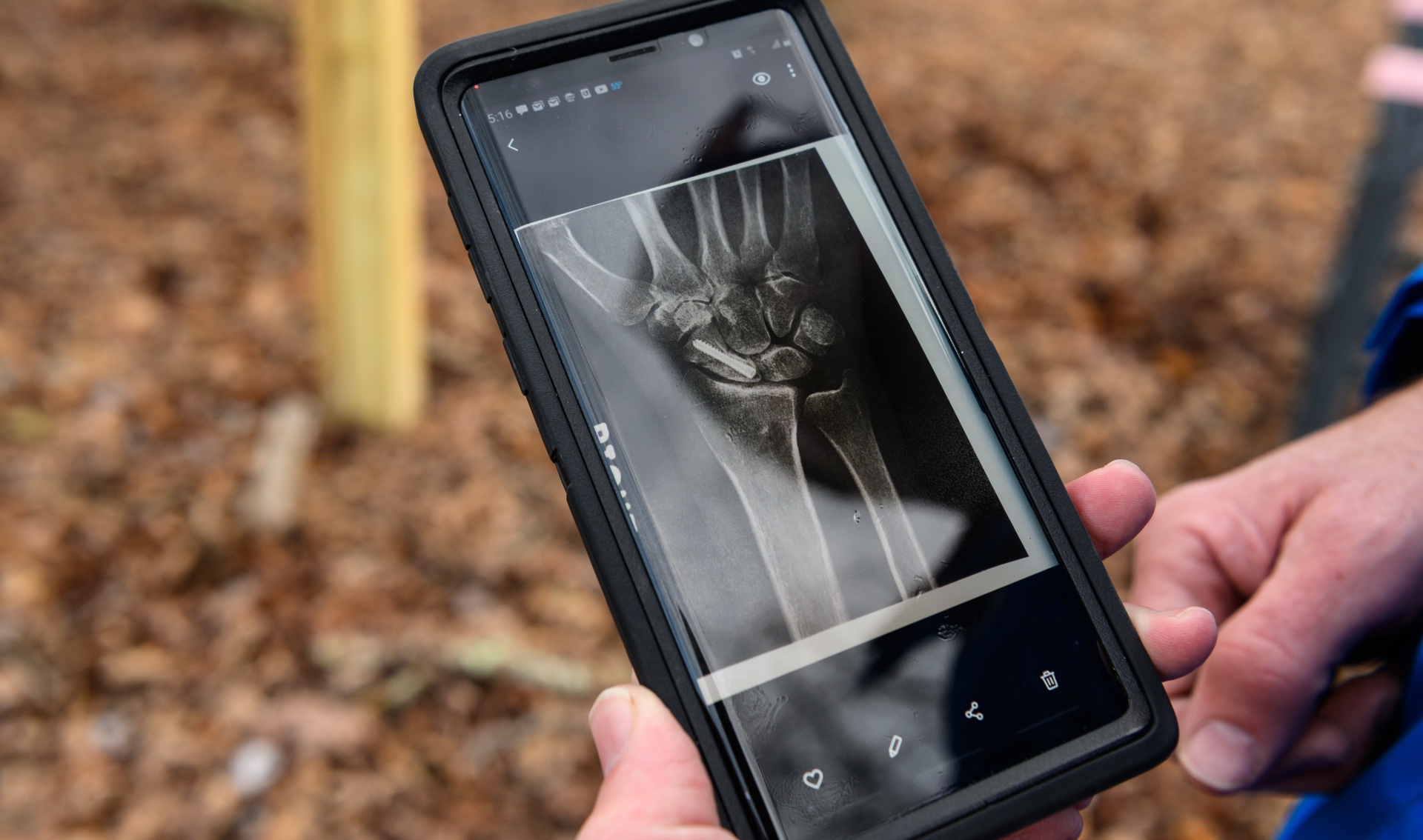 “He looked at the x-ray and said, ‘Congratulations, you've broken your scaphoid bone,’” said Addison.

“When I went in and had an X-ray done of my wrist, Dr. Kluemper told me that I’d broken my scaphoid bone and surgery would be my best chance at a normal wrist. The problem was, I was leaving in ten days to go to the championships. So I was thinking, well…my hand, or compete in the national championships?” Addison said. Hoping he wouldn’t have to choose between the two, Addison made his request, and Dr. Kluemper was willing to try. “He said, ‘Absolutely. I’ll do my best.’ So I talked with him and talked with the guy who makes the casts to equip my hand in a position that would both allow it to heal properly, and allow me to shoot.” 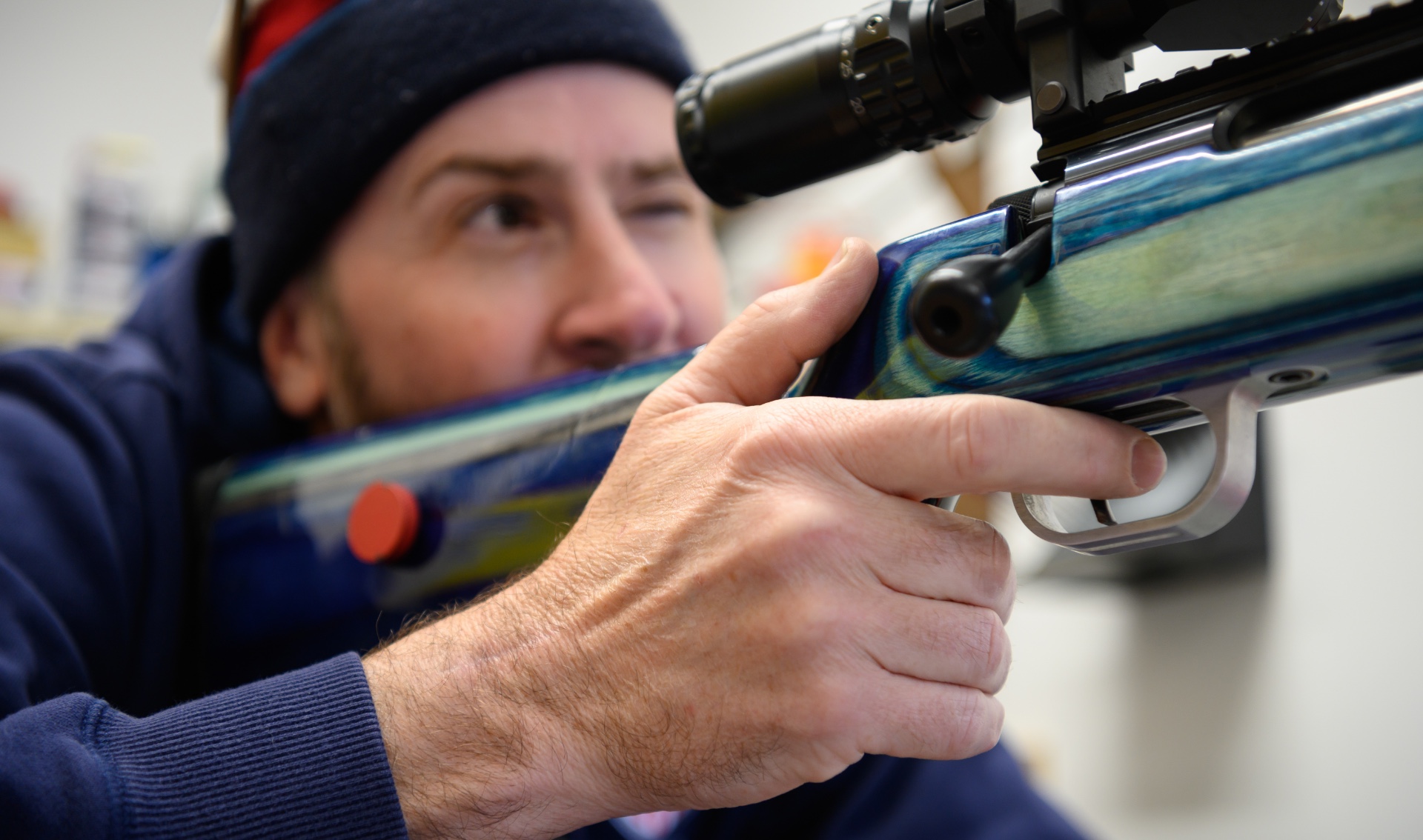 “Addison is very determined,” said Dr. Kluemper. “And once he commits, there is no wavering.”

Two days later, Addison was in surgery. Dr. Kluemper said the surgery needed to happen quickly to ensure there was as much time as possible between the procedure and when Addison would compete. “I had never seen a marksman. I really treated him like any other elite athlete,” Dr. Kluemper said. “You have to tailor your treatment to what they do, and get them back as quickly as possible.”

Addison’s wrist surgery focused on his scaphoid bone: a bone in the wrist near the thumb that aids in moving and stabilizing the wrist. Dr. Kluemper fixed the fractured bone with a titanium alloy screw. He also performed a bone graft, placing live bone cells into the fracture to help it heal more quickly. 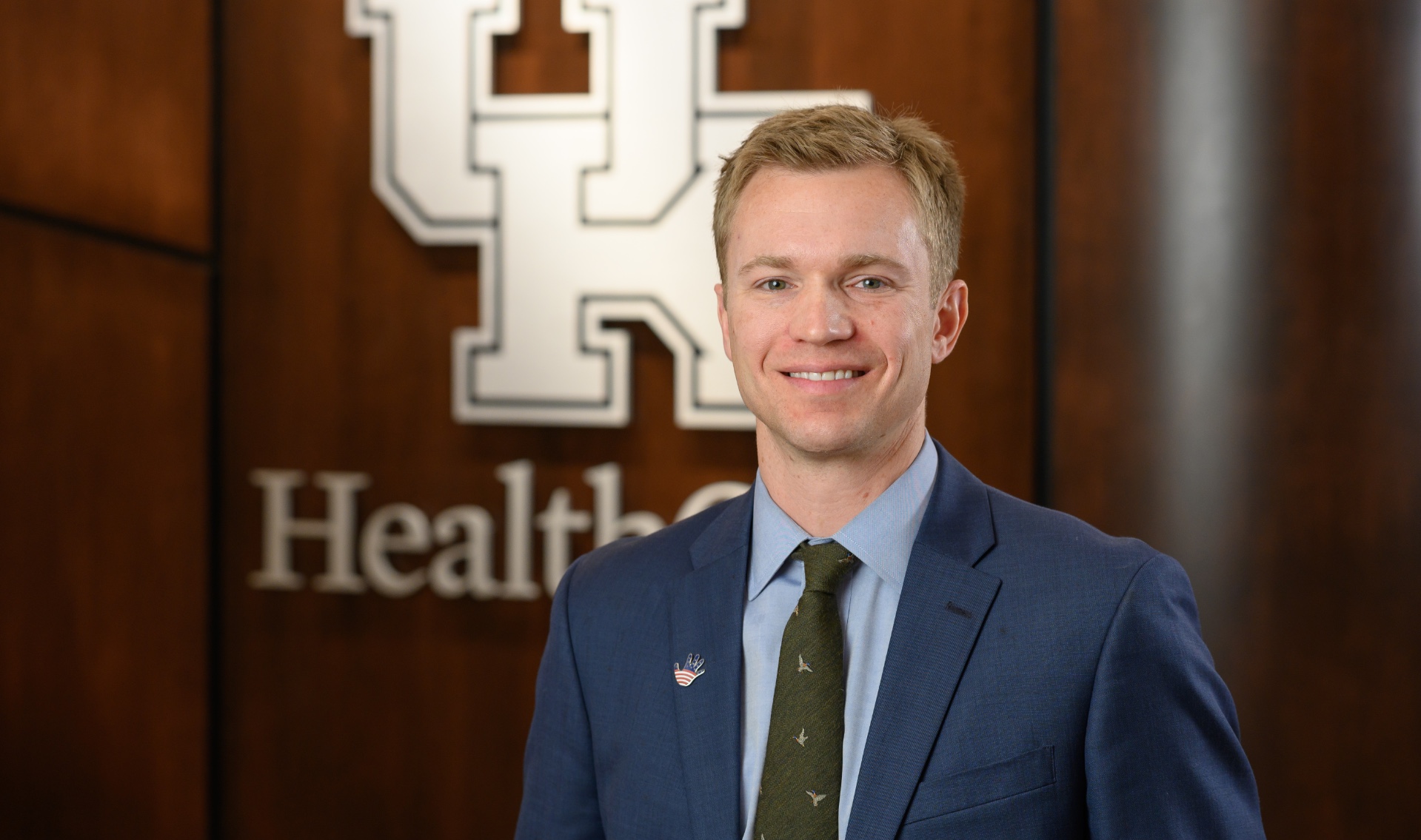 “I appreciate Dr. Kluemper. He was interested in what I was doing, and excited for me to share my story,” said Addison.

Because of the time crunch, Addison didn’t spend much time in a splint after surgery. Instead, he had his cast put on quickly, just days before his competition. “In most people that I would operate on, I’d see them in a few weeks, take their splint off, and transition to a cast after some of the swelling went down,” Dr. Kluemper explained. “With Addison, I put him into a cast a little bit sooner to try to give a little bit more stability and also allow him to weight-bear more quickly.” Normally, patients wouldn’t be able to bear any weight so soon after surgery, but Mohler assured his doctor that most of the impact of shooting would be felt in his shoulder, not his wrist.

“The game is basically being able to read the wind to see where your bullet is going to hit,” said Addison.

When it came time to compete, Addison felt ready. “The hardest part of nationals was dragging my luggage around,” he joked. “But shooting was not bad at all.” The competition was three days long, with eight total matches. The first day, Addison said he had a bad strategy that wasn’t working for him, but the second day, he came back focused. In the first match of the day, he earned a gold medal—the first time he won gold in a national match.

“It is remarkable in this day and age, that you can be laying on a gurney, having your wrist cut open and screws being put into bones, and then a couple of weeks later, you’re out competing at a national level,” Addison said. 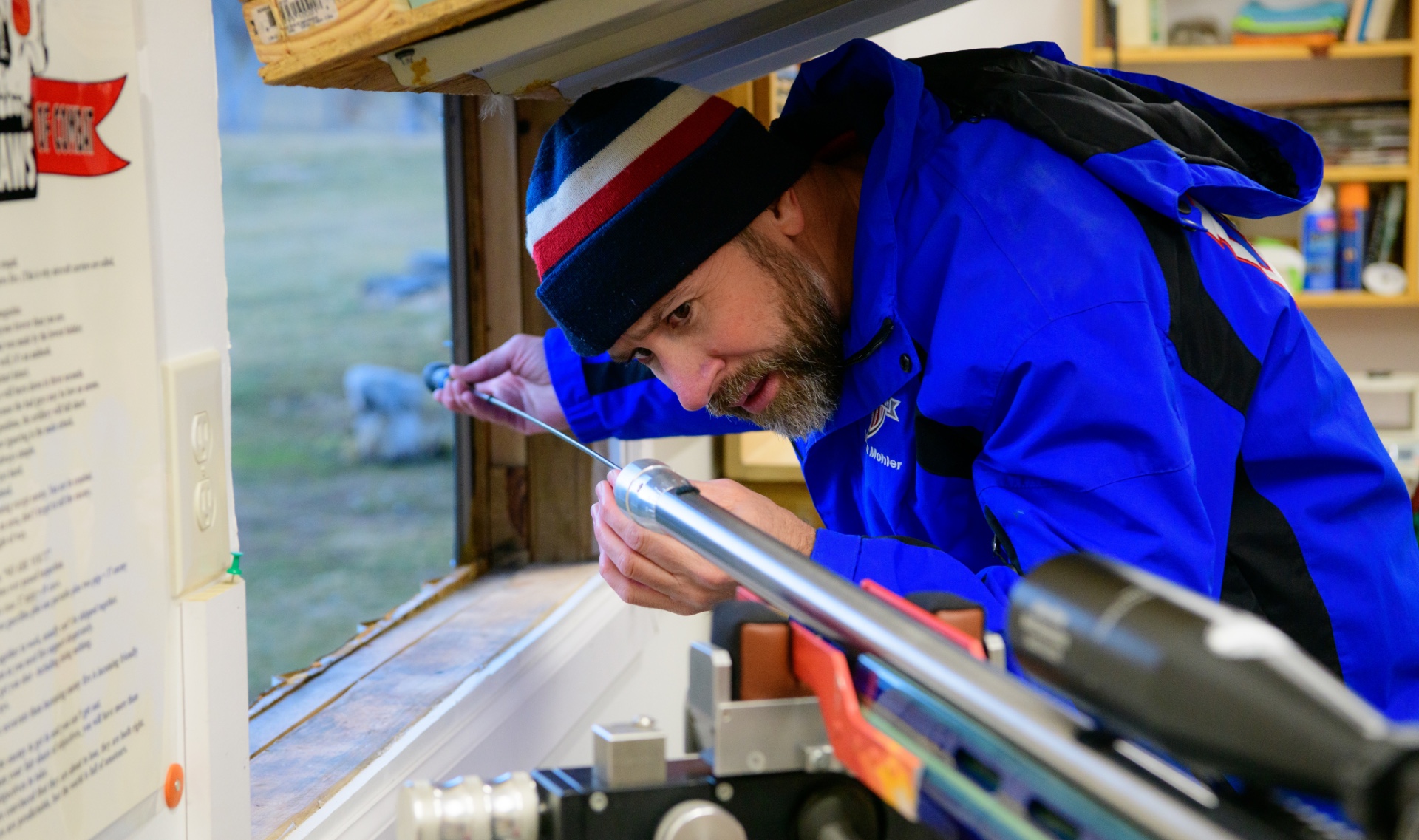 “Dr. Kluemper balanced what was best medically for my hand with what I needed to be competitive,” said Addison.

With the rifle season starting again in the spring, Addison is looking forward to shooting competitively again without a cast on. He’s grateful that his team at the UK HealthCare Hand Center took his concerns seriously and worked to put him in a cast that allowed him to compete. To show his gratitude, he brought a token of thanks to Dr. Kluemper. 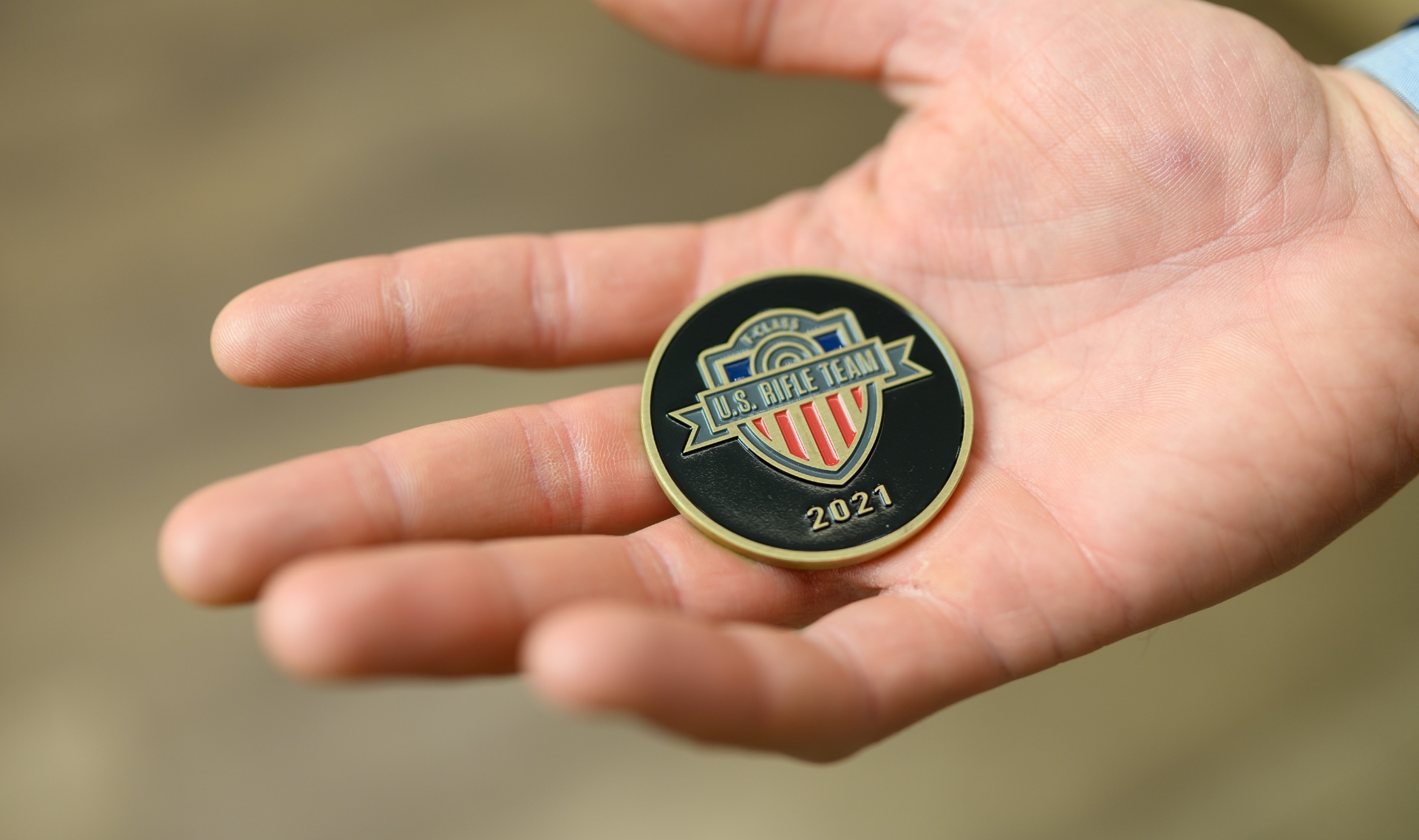 “I was honored when he gave me a medallion he got for the global competition in South Africa,” said Dr. Kluemper. 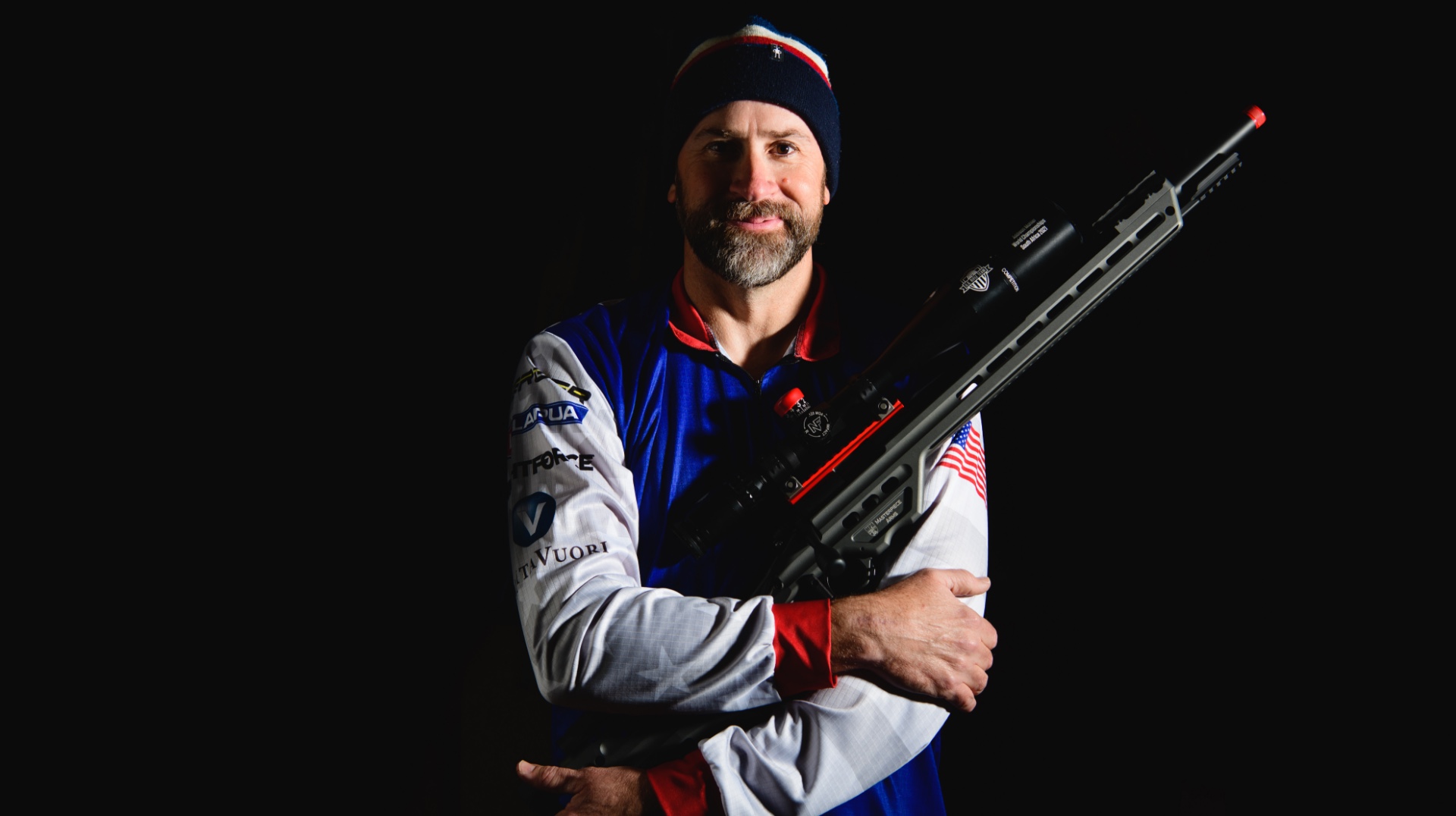 Despite his injury, Addison remains one of the top members of the U.S. Rifle Team.

“Nothing felt quite right until we came here.”Orthopaedics, Pediatric Services