“Her life is not defined by her accident.”

One Wednesday morning, in her first week of school, five-year-old Sarah Beth Ferguson was playing in gym class when she fell. In a split second, she was on the ground and complaining that her head hurt.

“My mother-in-law got the phone call and first alerted my wife: ‘Sarah Beth fell. She’s not feeling well. Somebody needs to go get her,” said Scott Ferguson, Sarah Beth’s father. At the school nurse’s station, Sarah Beth threw up a few times and showed symptoms of a concussion. The nurse suggested they go to her pediatrician. But after Sarah Beth arrived at the pediatrician, they insisted that she go to the emergency room. 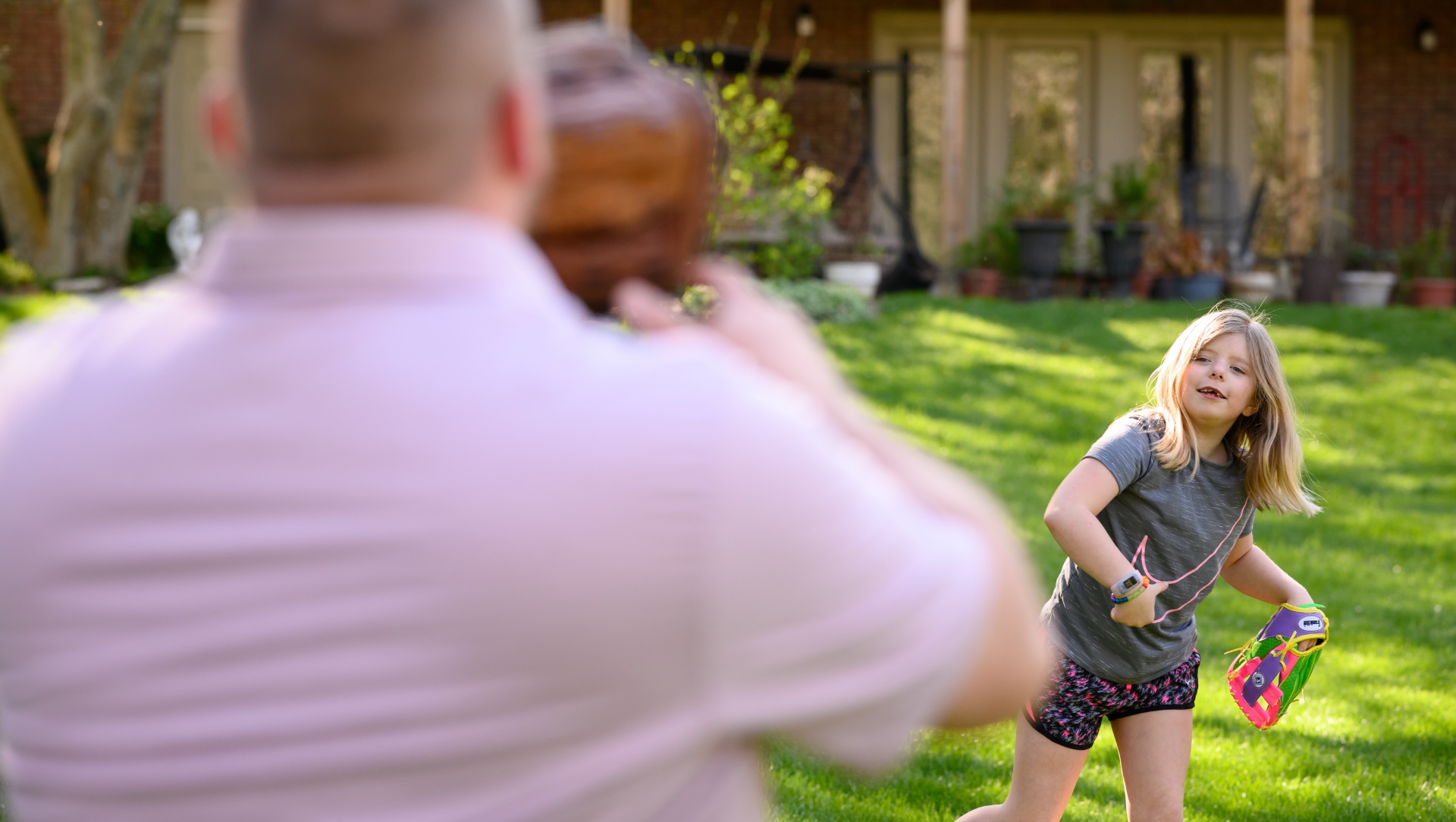 “Sarah Beth was much more resilient than her mom and I. We struggled.”

“We had a glimpse of life without her and we never want to live that life.”

The Fergusons rushed Sarah Beth to the Makenna David Pediatric Emergency Center, where staff spent the next four hours observing her condition. Something didn’t seem right to the doctors. Although it wasn’t typically used for concussions, they recommended a CT scan.

“In my dad world, this is a $2,500 decision,” said Scott. “But you’re talking about my daughter. And so the answer’s yes. After the CT scan there were literally a dozen people outside of our room. Sarah Beth was literally just laying there nearly lifeless. And I felt a sinking pit in my stomach that just says something’s wrong and this is a lot bigger than a concussion.” 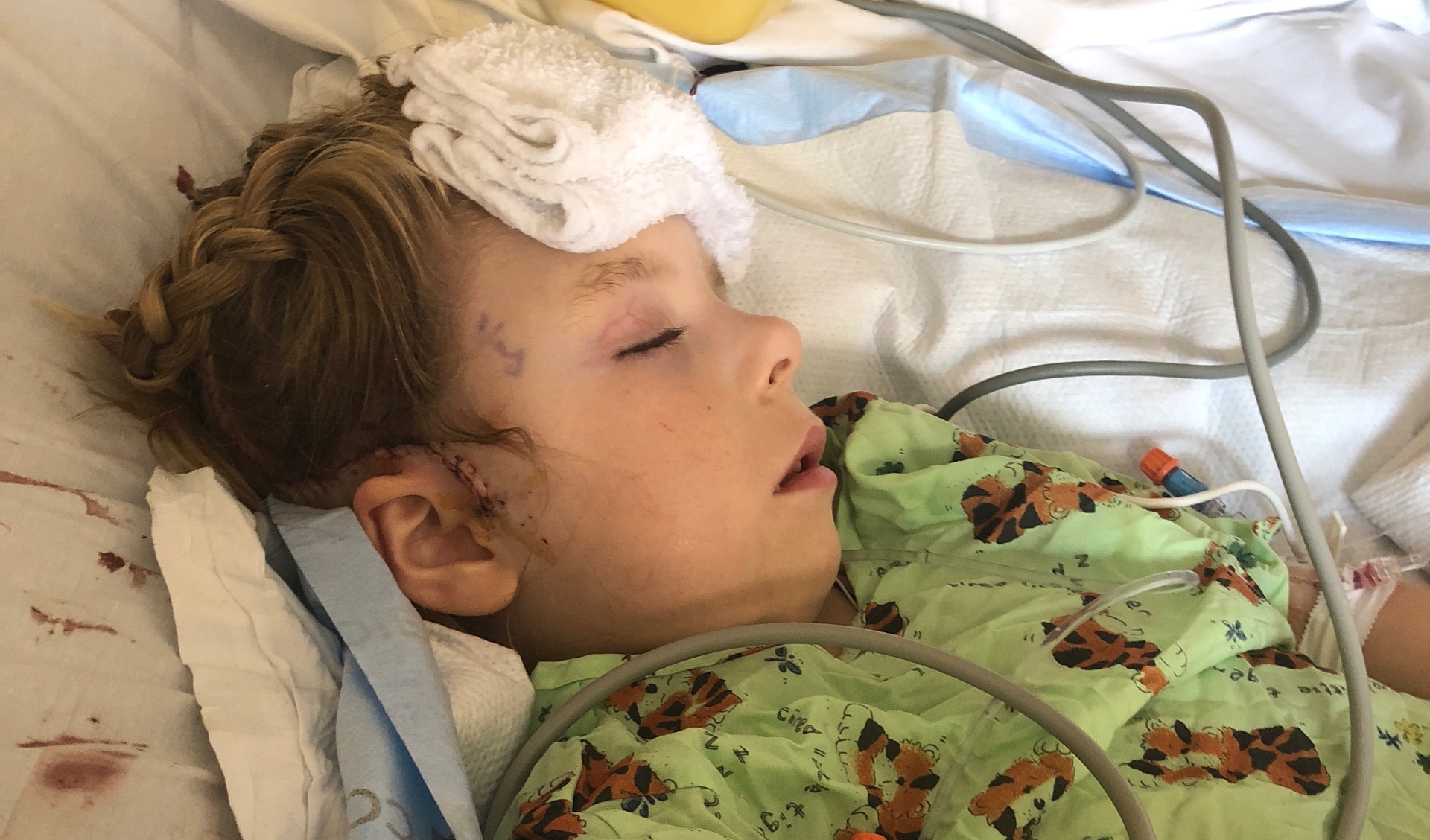 “We prayed over her as much as we could, helped her know that we have faith, and that it's going to be okay.”

The CT scan revealed that Sarah Beth had suffered an epidural hematoma on the right side of her head: a collection of blood between the skull and the covering around the brain. If left untreated, it could cause an impairment of normal brain function. The Fergusons met with Dr. Brandon Miller, a pediatric neurosurgeon at UK HealthCare’s Kentucky Children’s hospital. 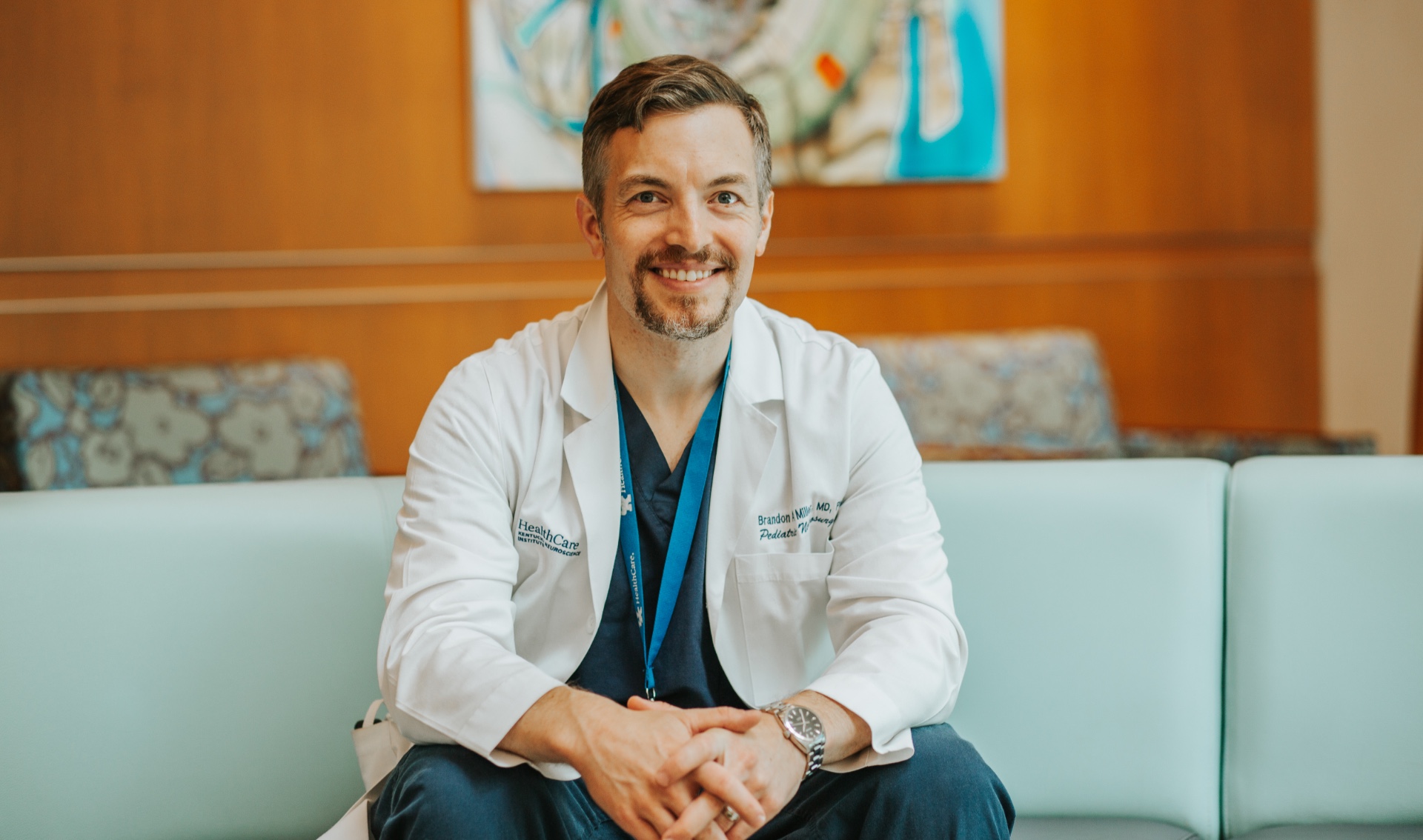 “Dr. Miller is a godsend for us. He's a gift to our community.”

“I just looked at him and I said, ‘If this was your daughter, what would you do?’ said Scott. “And he said, ‘I would do the surgery tonight and you’ll be home by the weekend.’ He looked at me and said, ‘For you, this is one of the worst days of your life. But for me, this is Wednesday.’ He eased so much anxiety and stress by saying that. ” 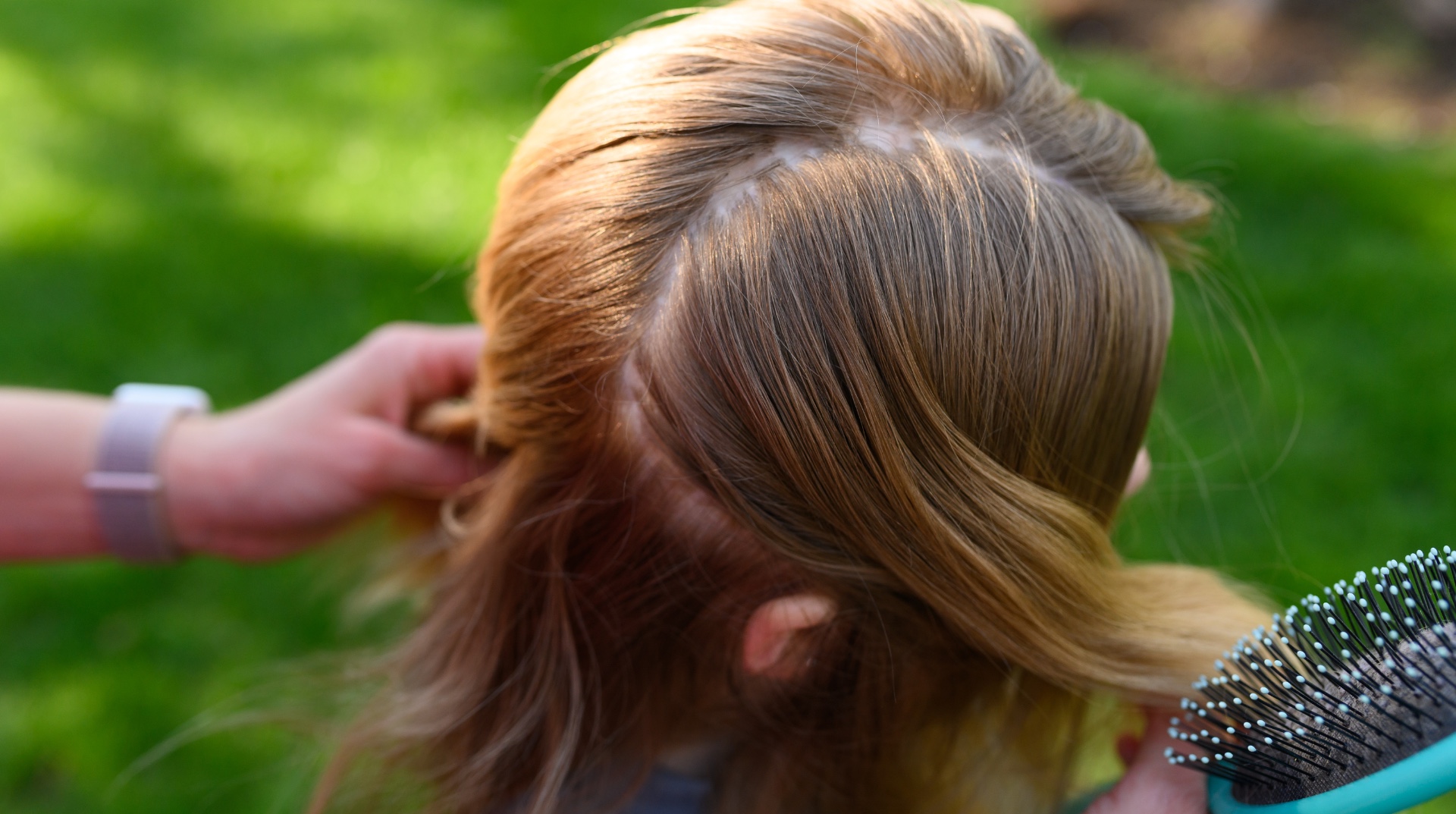 Sarah Beth’s scar is usually hidden by her hair. You’d never know she had brain surgery.

“You’re having to trust in these people with the life of your daughter. That’s the hardest thing I’ve ever done in my life. But this is what they do. Putting my trust in Dr. Day and Dr. Miller, I had complete confidence in them. And I was able to say, ‘Sarah Beth, you’re going to be okay.’ As Christians, we have faith in Christ that, regardless of what happens, it’s going to be okay.” 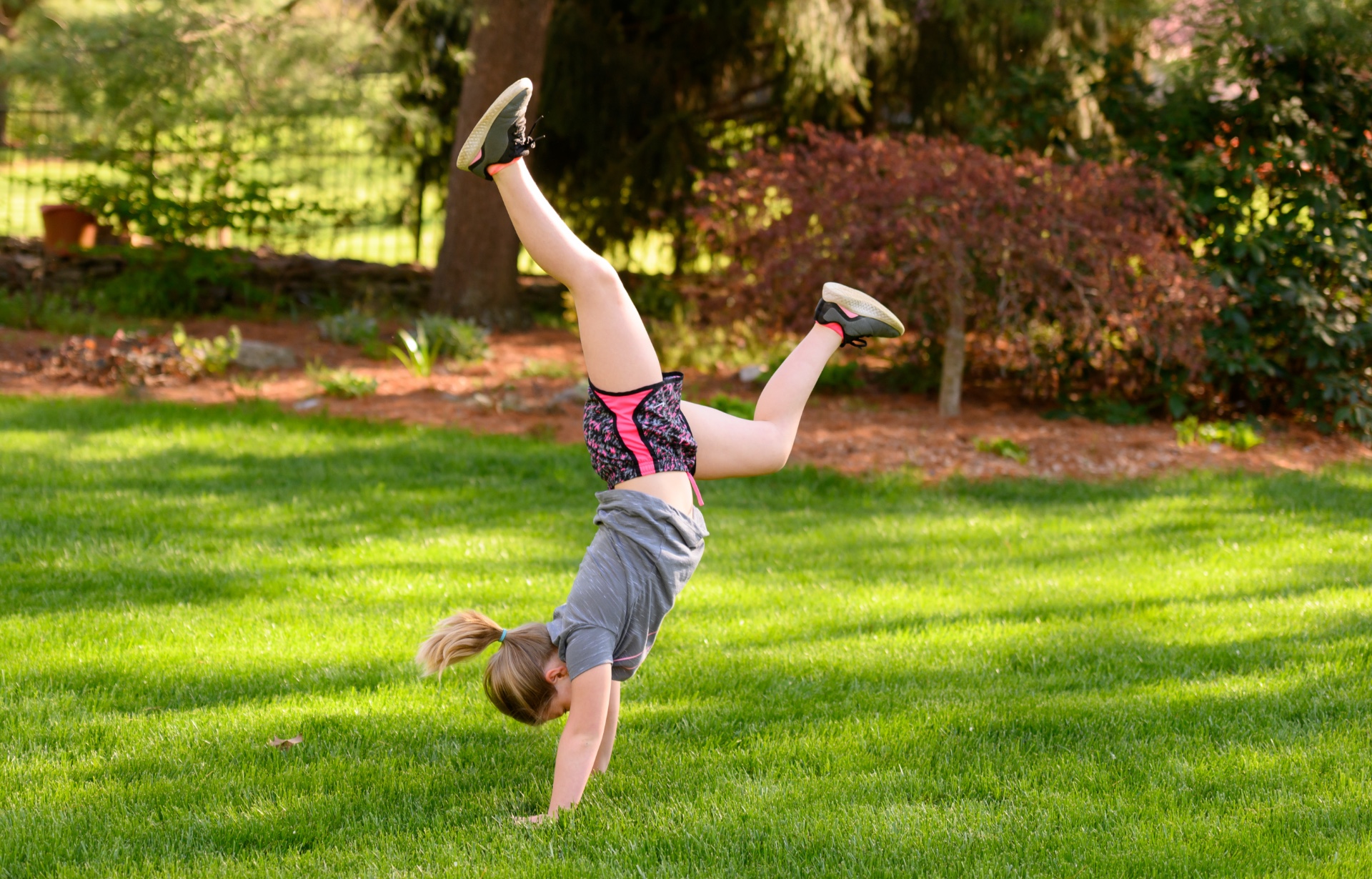 “She’s not reckless. She is brave.”

After a successful surgery and five days of recovery at Kentucky Children’s Hospital, Sarah Beth was cleared to return home. She’d already started to move past her accident—she asked to do a handstand right after she arrived at home. “She has kind of forgotten about it,” said Scott. “Her teacher did a phenomenal job of integrating her back into class. She stayed inside and she didn’t do recess. It was about eight weeks before she was back to her normal activities again. But for her she just wanted to be with people again. She just wanted to see the kids in her class.” 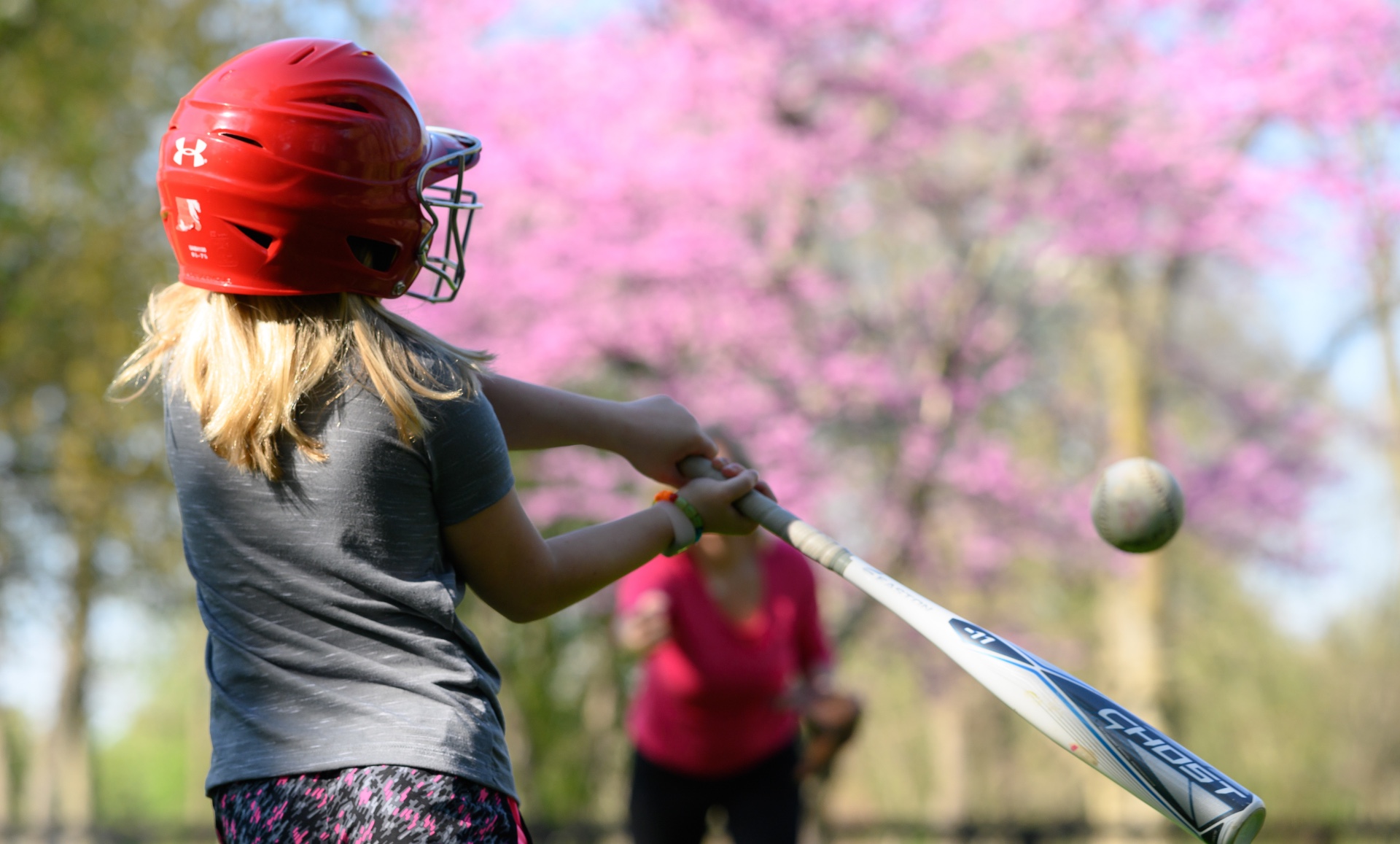 Sarah Beth joined a softball team for the first time this year.

Three years later, Sarah Beth is a spunky, smart, funny eight-year-old. She’s brave and active, and loves gymnastics and softball. Aside from a scar, she doesn’t have any lingering effects from her ordeal. 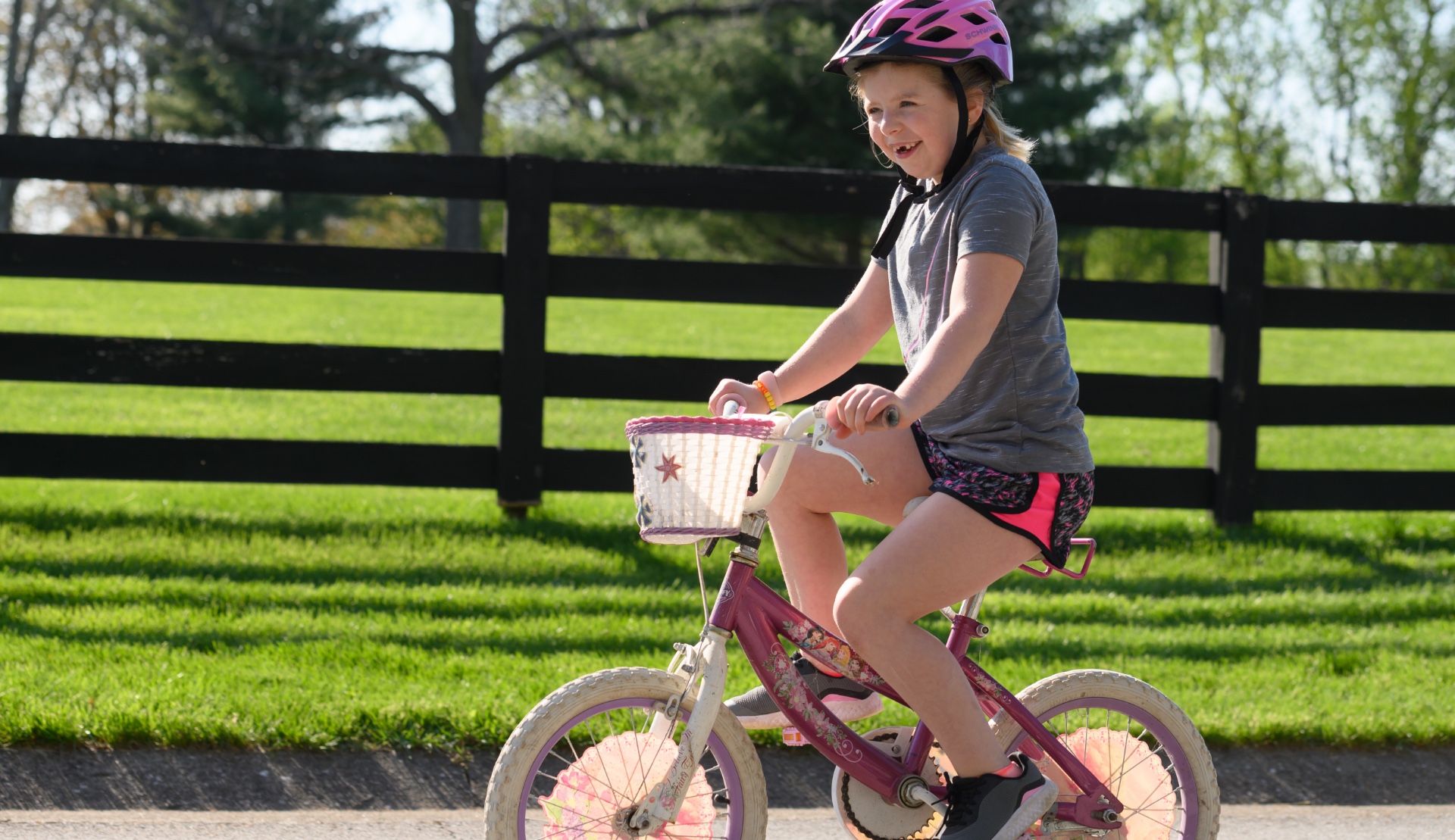 “Her life has been spared. We can start moving forward."

“Her life is not defined by her accident,” said Scott. “And I think that that’s truly a huge testament to UK HealthCare. That was one of the scariest days of our lives. We had a glimpse of life without her. It was a possibility, and we never want to live that life. But at the end of the day, the people that cared for Sarah Beth, they cared for her like she was their family. The reality is I never want to go back—but if I have to, that’s the only place that my daughter’s going to go.” 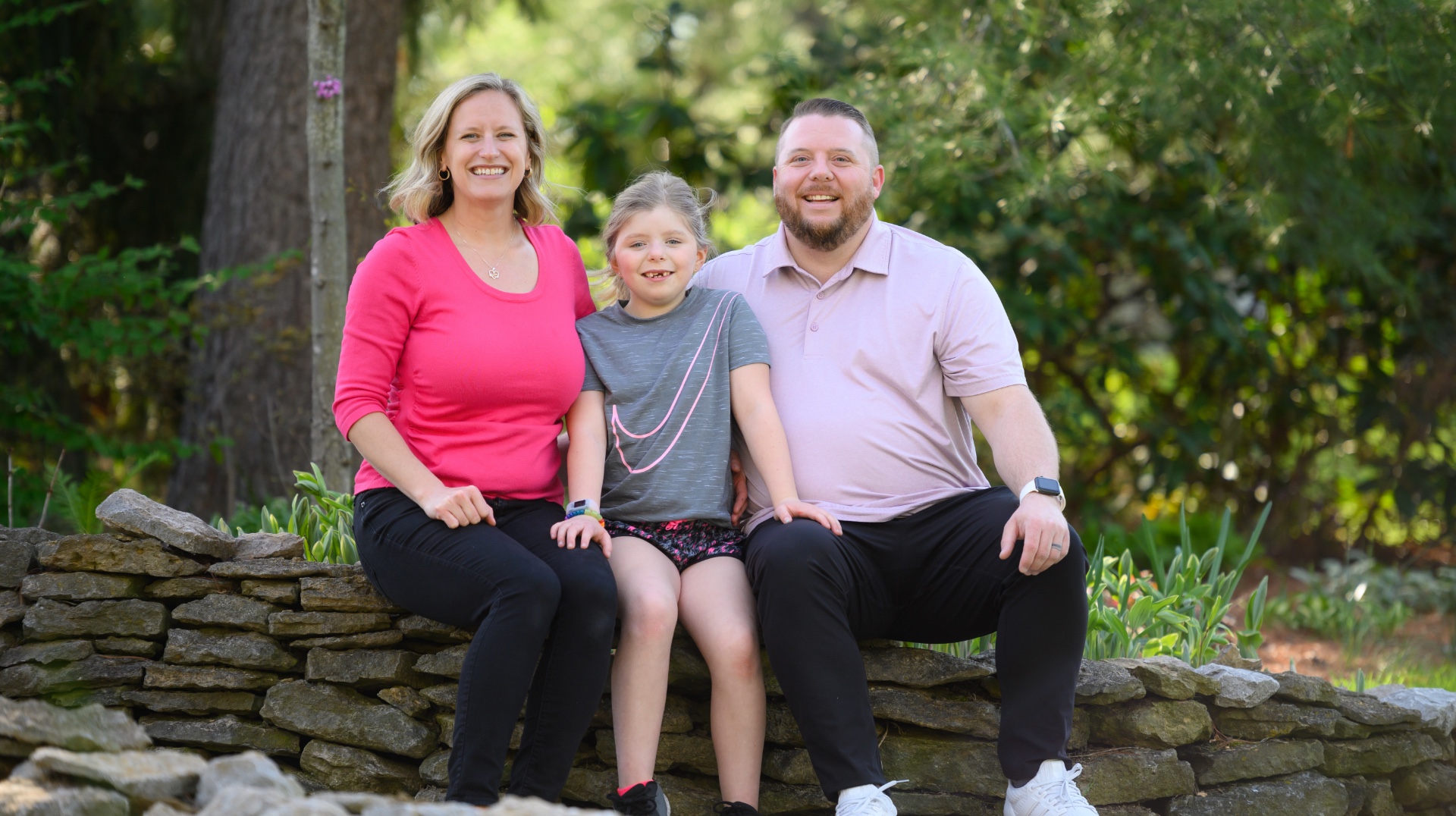 “We're going to do everything in our power to ensure that our daughter's here well past when we are.”

See how we care for kids like Sarah Beth

“There’s always going to be a way to overcome.”Big Blue Nation, Pediatric Services