“She just donated her kidney to Julie.” 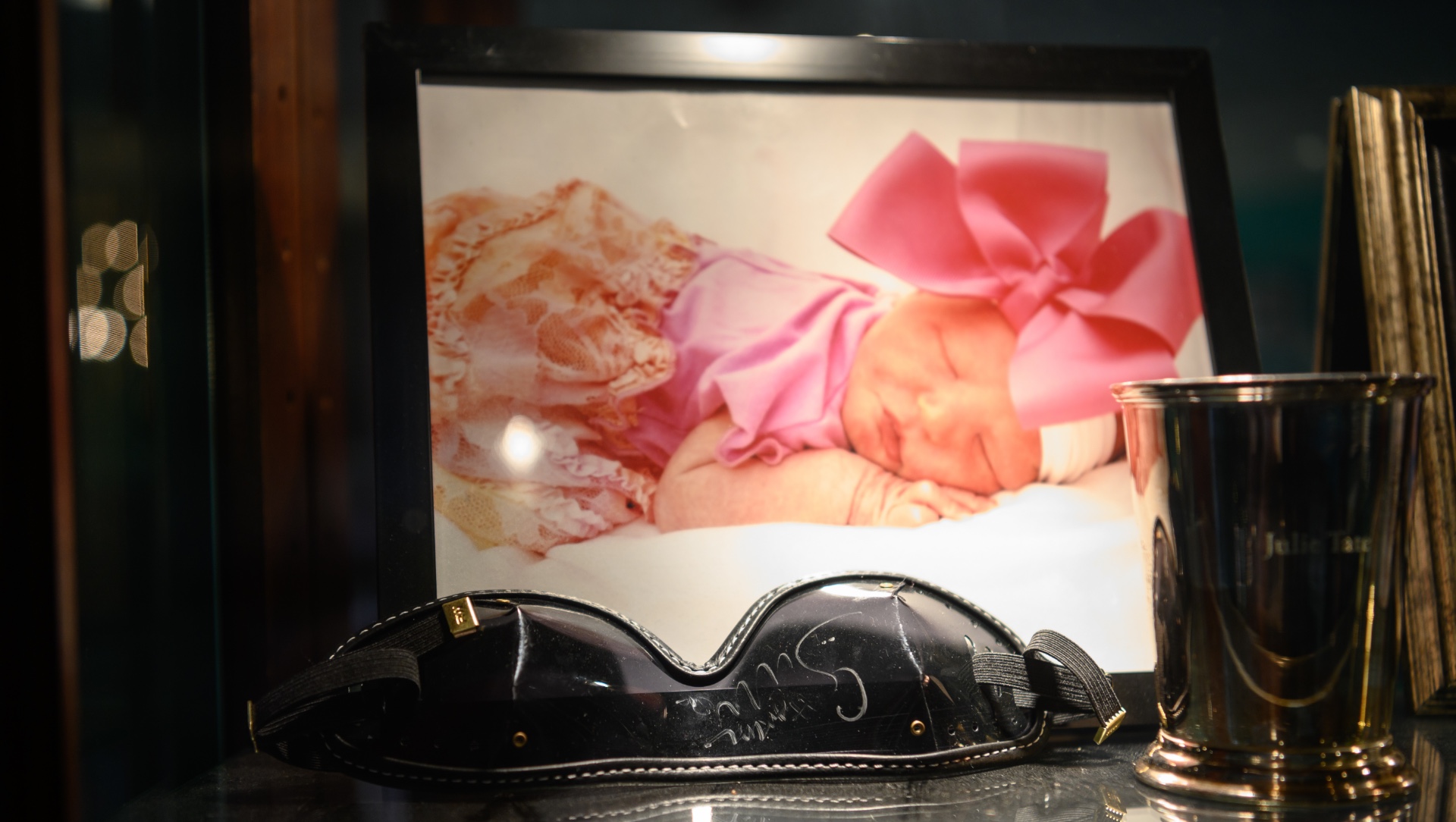 Julie is Holly’s firstborn daughter, and the second-oldest of four children.

Holly knew it wasn’t just a stomach virus. So after a week of the same diagnosis and no improvement, she took Julie to UK HealthCare’s Kentucky Children’s Hospital, where she was diagnosed with E. coli. The infection had progressed to a complication called hemolytic-uremic syndrome, which had led to kidney failure in Holly’s baby girl. 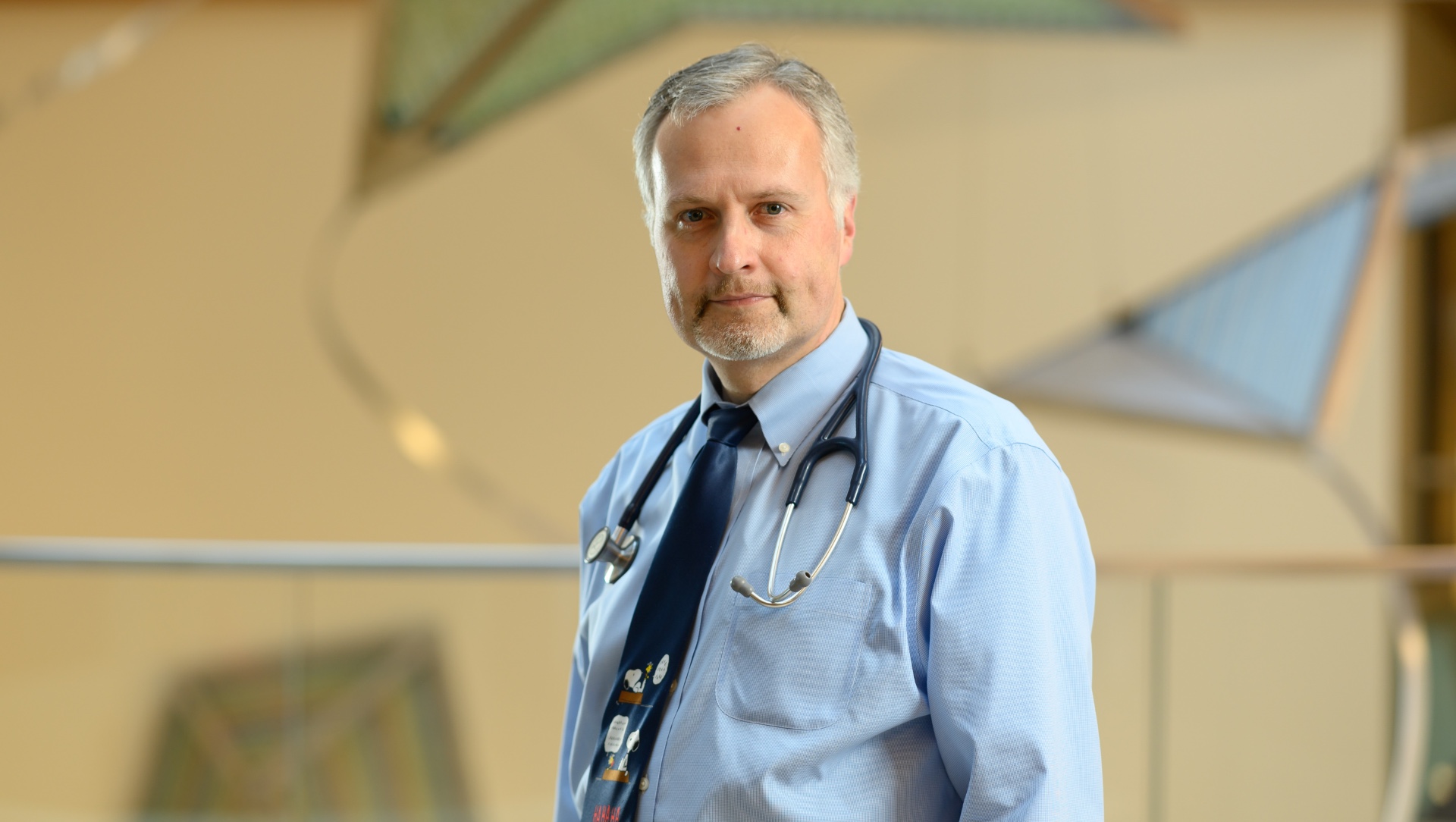 “Julie’s parents were remarkable. They asked questions and trusted us to do what was necessary,” said Dr. Kiessling.

“Hemolytic-uremic syndrome is the most common cause of acute kidney failure in children Julie’s age,” explained Dr. Stefan Kiessling, Chief of Pediatric Nephrology at Kentucky Children’s Hospital. “Everything that we do is supportive care, meant to keep things stable and in balance until the condition improves and the body starts healing.” Treatment to stabilize Julie’s condition began immediately. 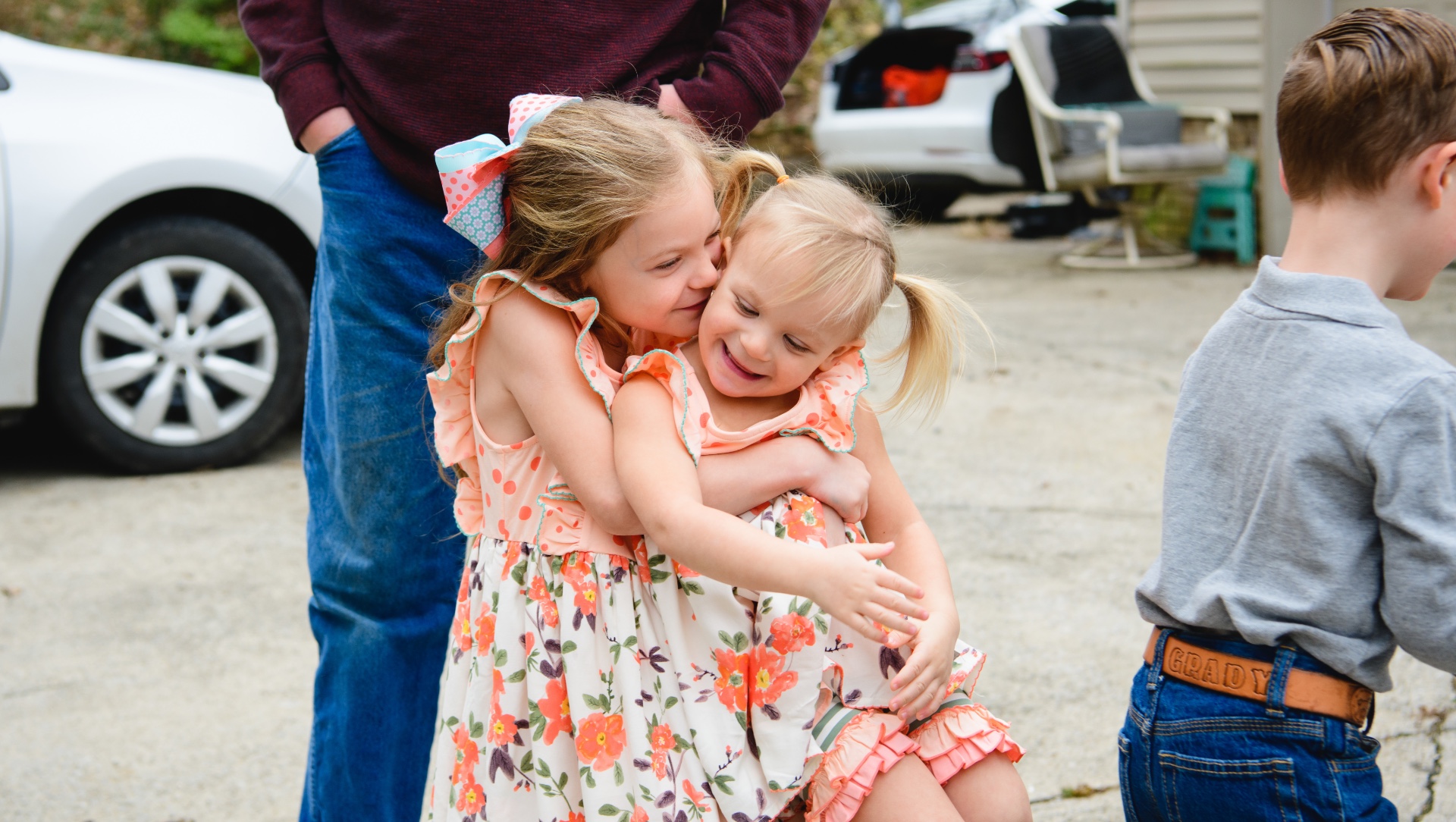 Julie has always taken on the role of taking care of her younger siblings—especially her sister Mable.

“She had surgery for her peritoneal catheter and was moved to the progressive unit to begin her peritoneal dialysis,” said Holly. After being in ICU for about a month and a half, Julie was finally discharged. “We did the renal diet, and we pushed fluids like no other, but she didn’t do any dialysis after she left the hospital.”

Despite the treatment she received in the hospital and the care her family took after they returned home, Julie’s kidney failure continued to progress over the next few years. At the age of five, she returned to Kentucky Children’s Hospital for a kidney transplant evaluation, and her family began the search for a donor. 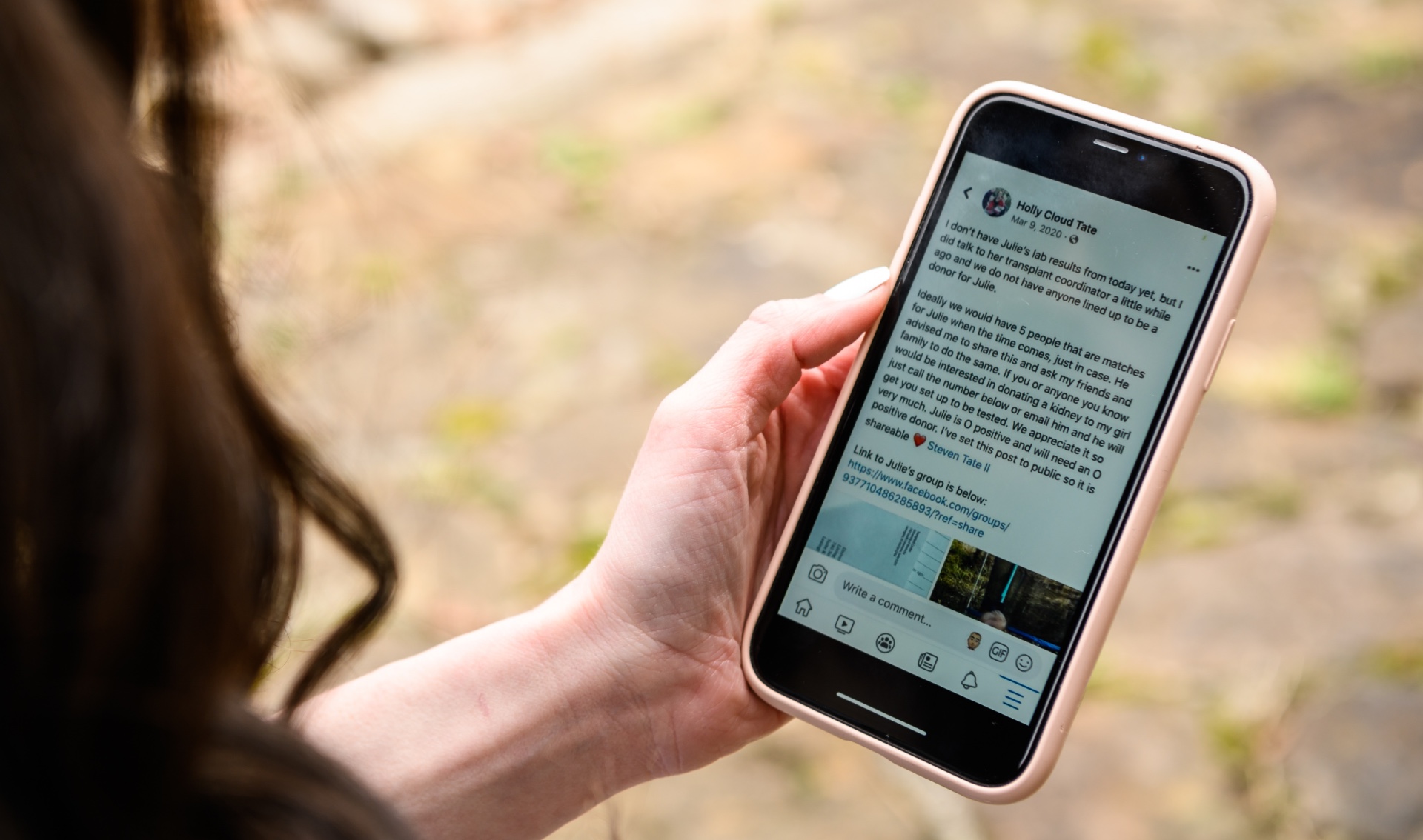 “Two long years of searching and we were getting skeptical,” said Holly.

“We put it out on her Facebook page that we were looking for a living donor,” said Holly. “But we hadn’t found anybody.” Their search continued for two more long years before the unexpected happened: a stranger came forward, volunteering a kidney for Julie. “[Our donor] Jennifer saw the page—one of her friends had shared it. And she applied. She was a match. And she just donated her kidney to Julie.” 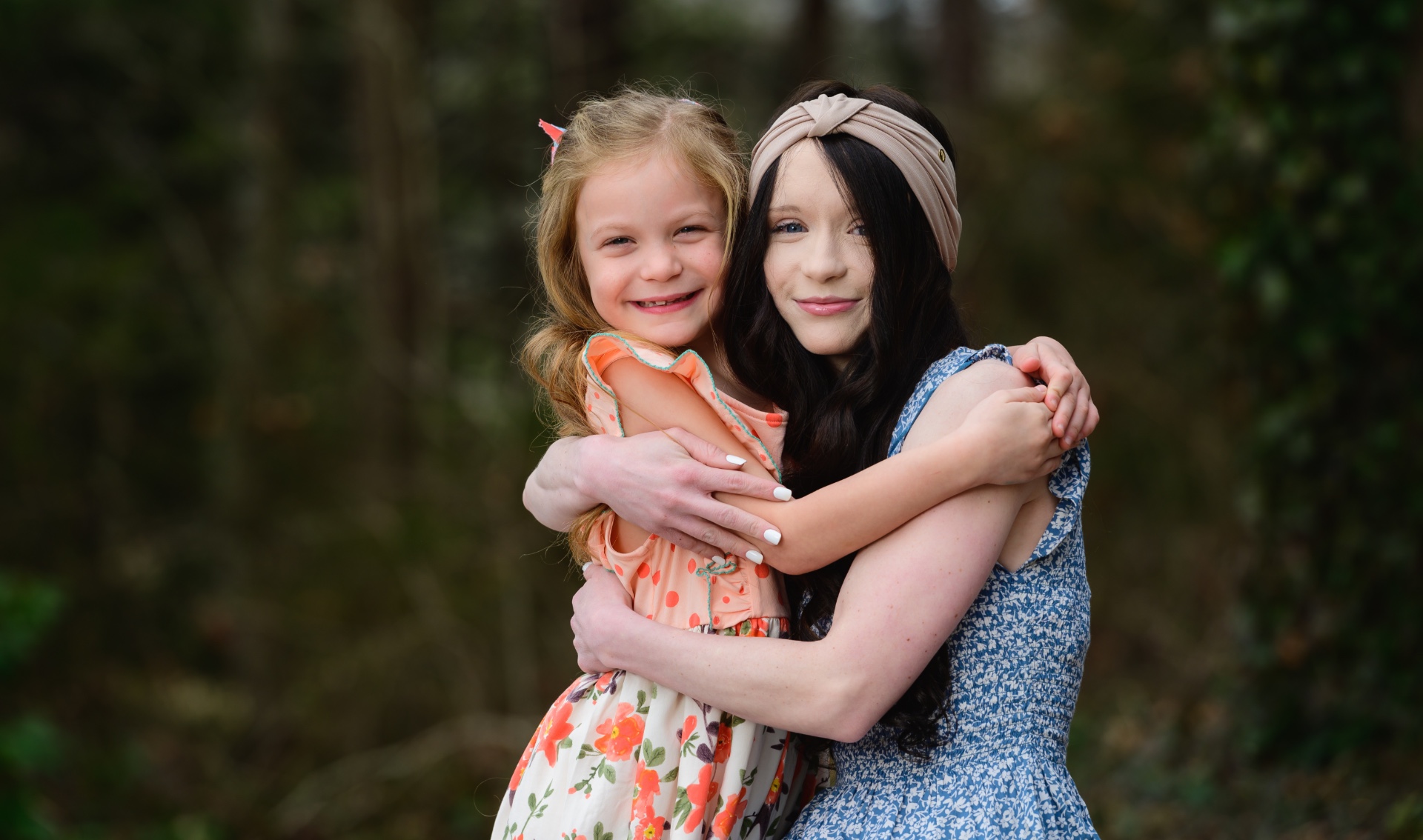 Julie got to meet Jennifer, the kidney donor who saved her life.

After years of waiting, Julie finally went into her transplant surgery on August 24, 2020. “She was braver than me,” Holly said. “I was scared to death. But when they wheeled her back into the operating room, she was like, ‘Bye, see you guys later. I’ll be back.’” 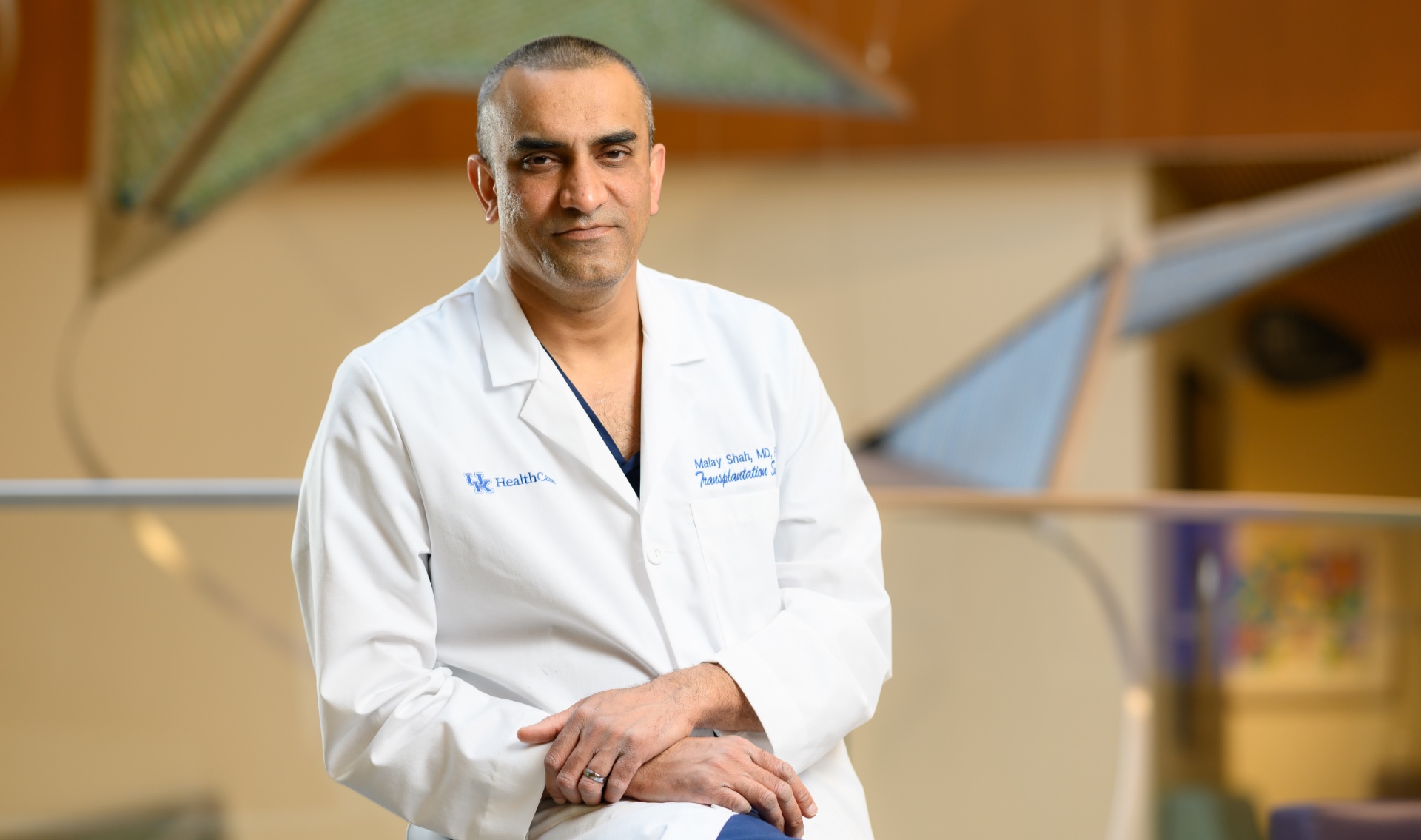 “Because of donors like Jennifer, kids like Julie can have a chance at life,” said Dr. Shah.

The transplant, led by Dr. Malay Shah, the Surgical Director of the Liver Transplant Program and a pediatric kidney transplant specialist at UK HealthCare’s Transplant Center, was a success for both Julie and Jennifer. “Julie did well—she stayed in the hospital for a few days, and left without any problems,” said Dr. Shah. “And since then, she has done just fine.” 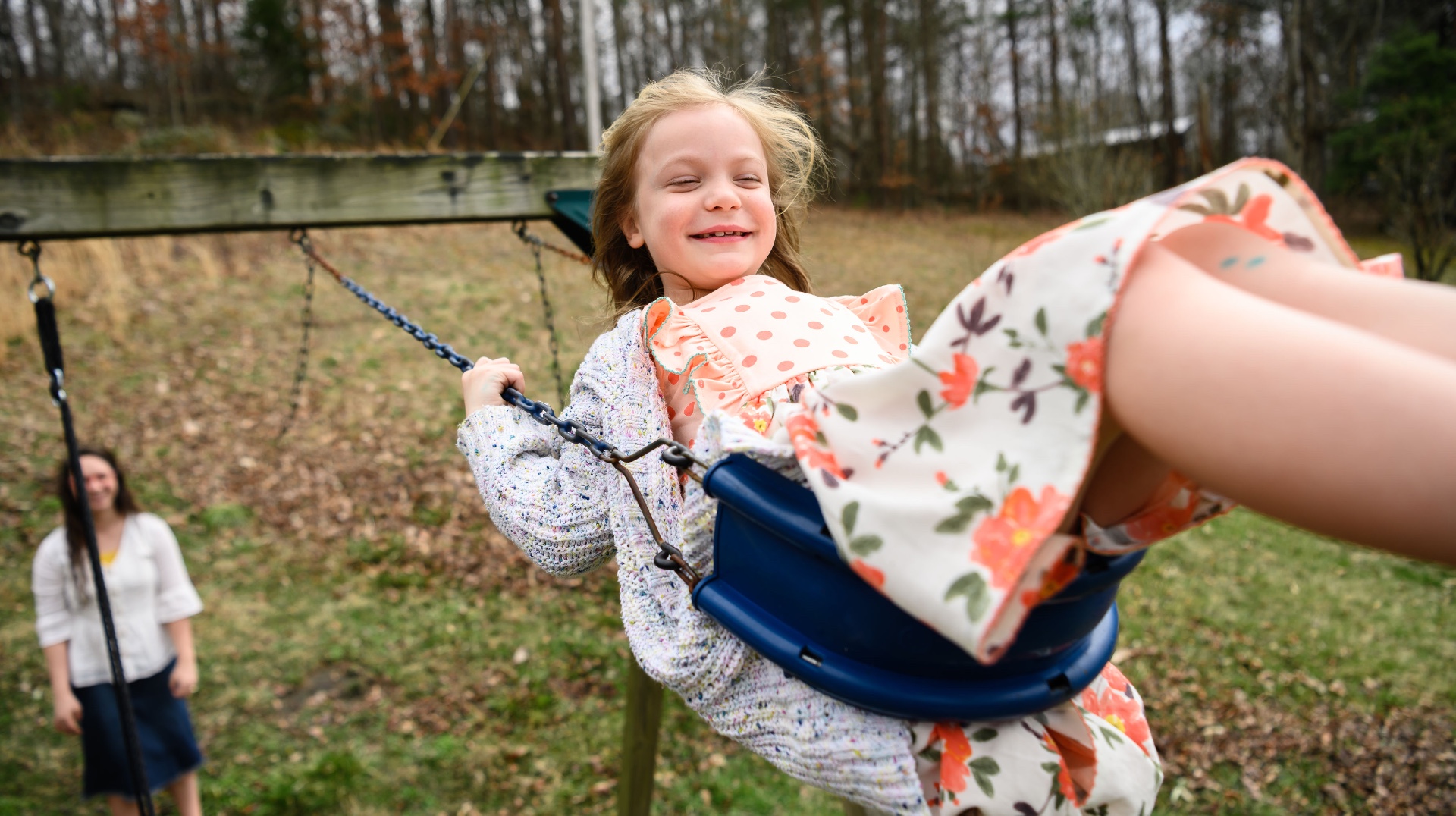 “If you didn’t know Julie’s story, you wouldn’t know anything happened to her,” said Holly.

To help Julie’s new kidney stay healthy, she has to take medication for the rest of her life, carefully timed out every day. But despite all she’s been through, she’s a happy, active seven-year-old with an “old soul,” as Holly describes. “I’m a little more worried now, just because she has to be careful not to damage the kidney. She has two playful brothers. I’m constantly repeating, ‘You can’t hit her, don’t jump on her,’ but still allowing them to bond as kids.” 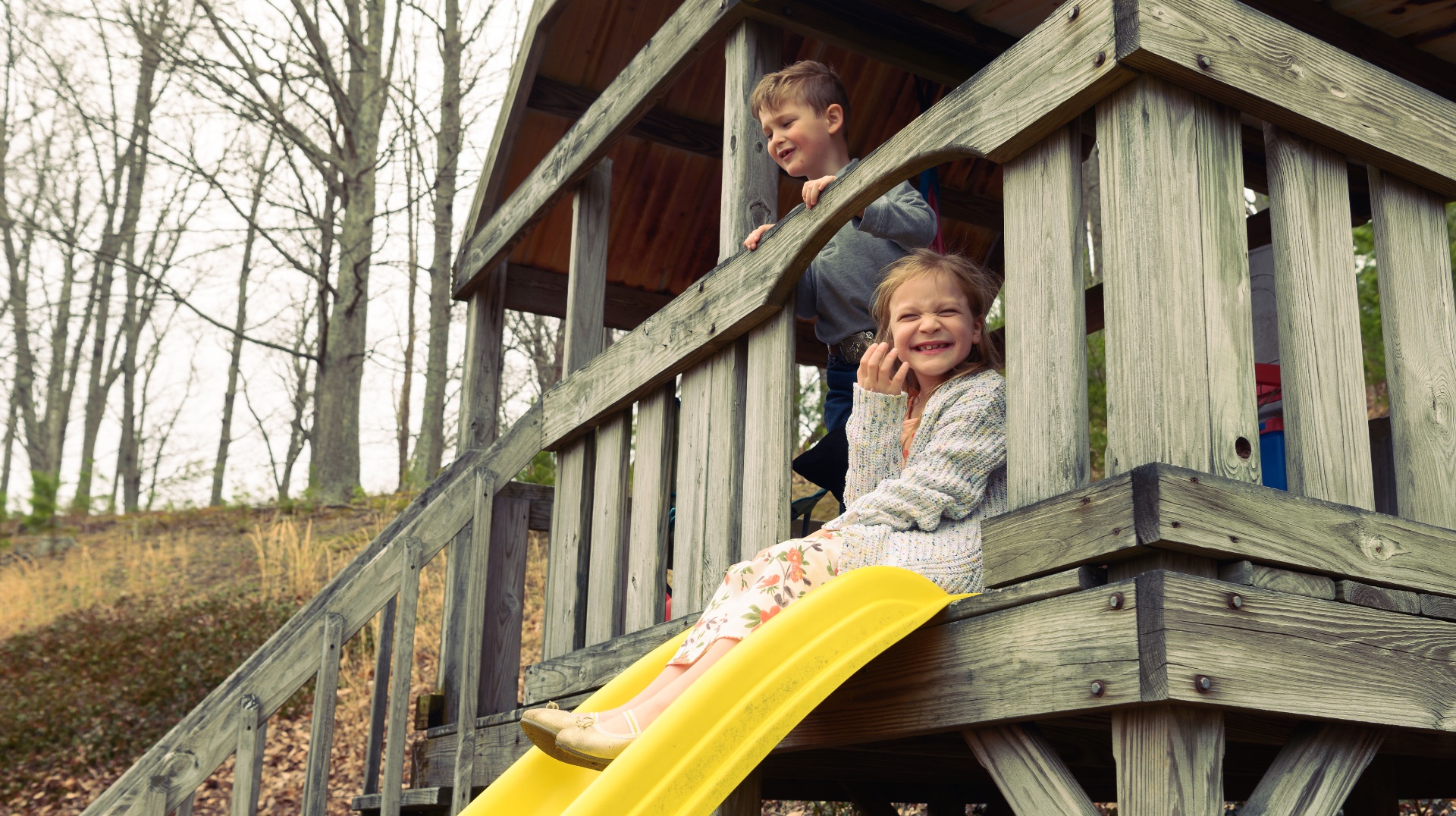 Through their years-long ordeal, Kentucky Children’s Hospital became like an extension of the Tate family’s home. “They have been great, from the moment that we got there,” said Holly. “The nurses took great care of her. She would have her hair fixed every time. It just felt like home. This experience has been the biggest blessing. The people that we have met through it are unreal.” 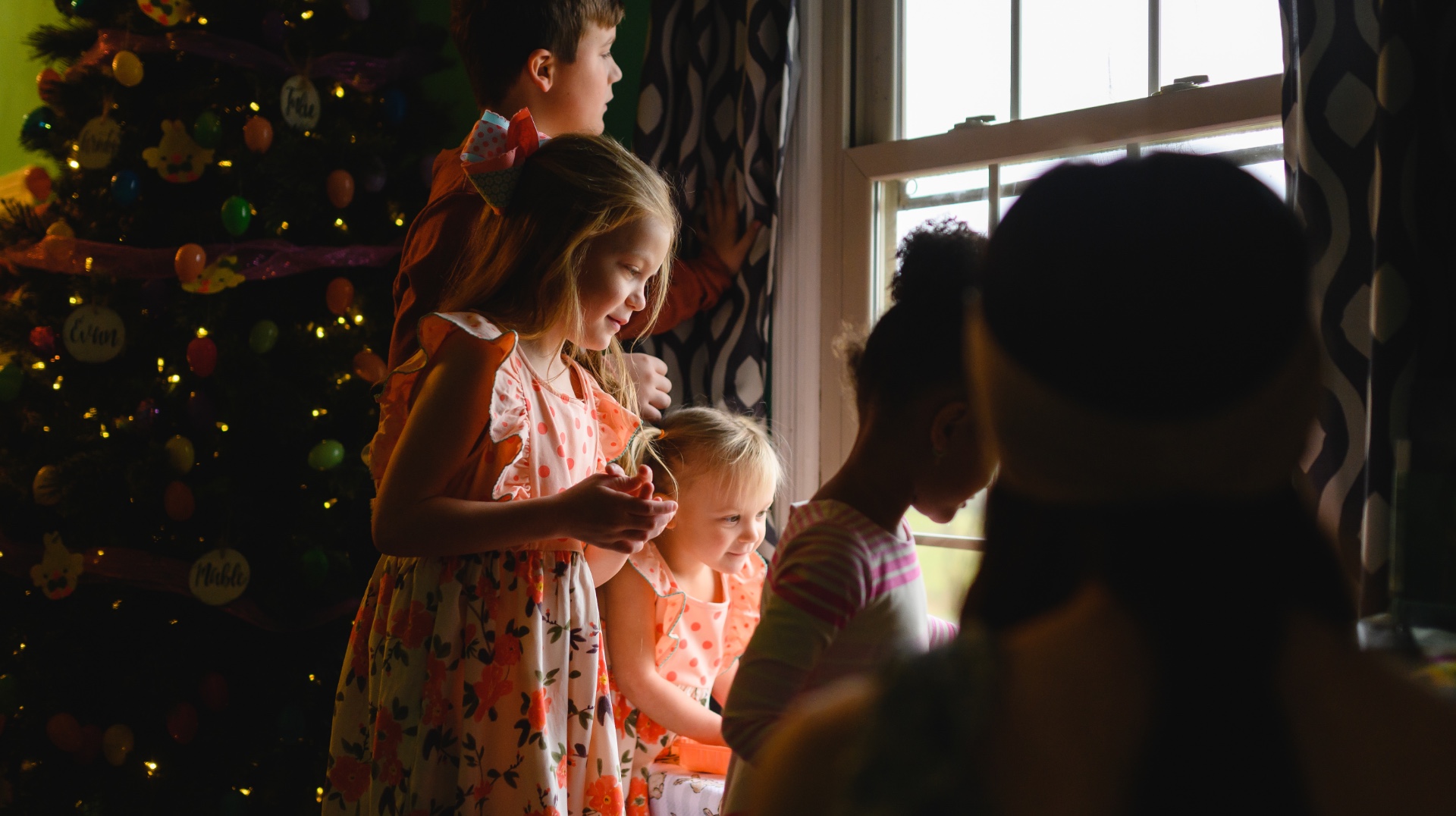 Surrounded by those who love and care for her, Julie gets to be a kid again.

Not the least among those people is Julie’s donor, Jennifer—a stranger who volunteered, took a chance, and saved Julie’s life. “It’s important is to stress that anybody can be a donor,” said Dr. Shah. “I think it’s important that people register themselves to be a donor and save a life.” 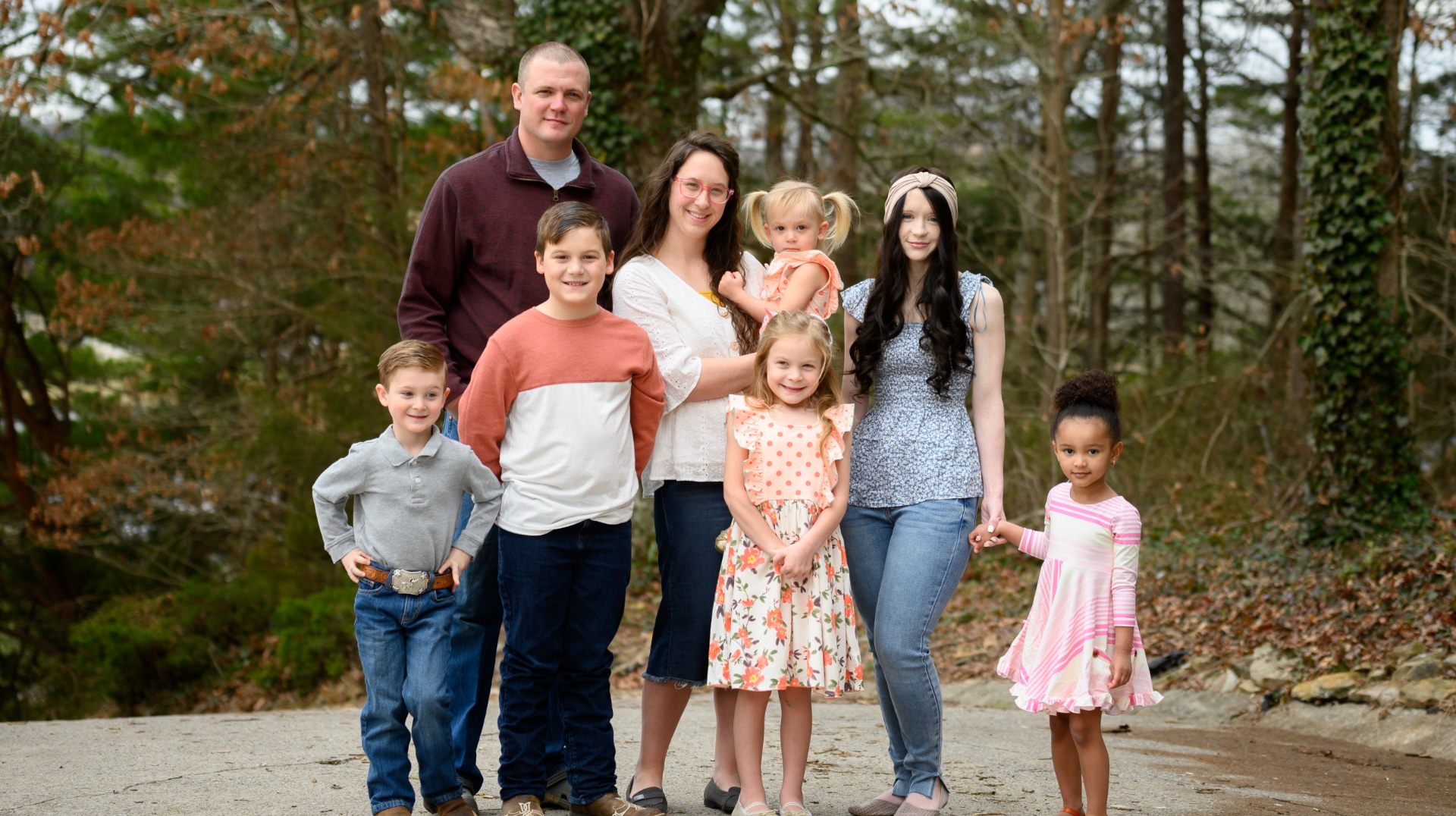 “The care we received gave us peace of mind because they kept Julie’s best interests at heart,” said Holly.

“I still had to be a mom.”Moms, Orthopaedics