Nurse practitioner Geri Sipe has always been an active mom to her 9- and 13-year-old kids. She loves sports and so do they—and when they got old enough to play and compete, she wasn’t just on the sidelines. “I played basketball, softball, you name it. I made myself get into karate and wrestling with my kid,” Geri said. “I was a test dummy for wrestling moves.” After spending the last several years studying to become a nurse practitioner, she was excited to finally finish her classes and spend more time playing, wrestling, and connecting with her son and daughter. 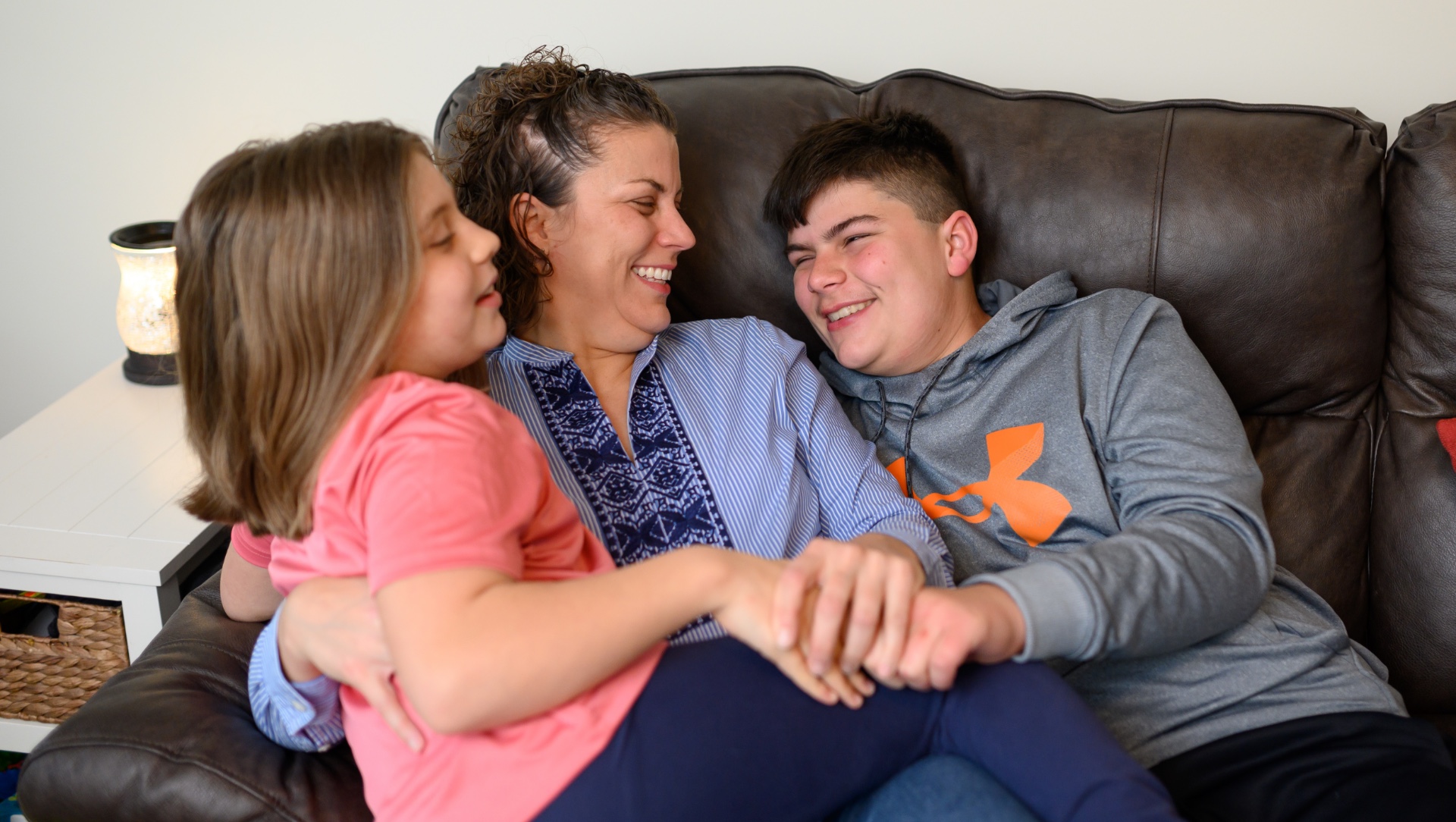 “I'm first and foremost a mom.”

But one summer night, a friendly game turned dangerous. Geri’s son and his friend were shooting hoops when they decided to play a quick two-on-two pick up game—parent versus child. “He liked to run his mouth a little bit,” Geri laughed. “You know when they’re getting to be teenagers, they get kind of mouthy, and I was like, ‘Oh, I’m going to show him.’ Turns out my body showed me.” 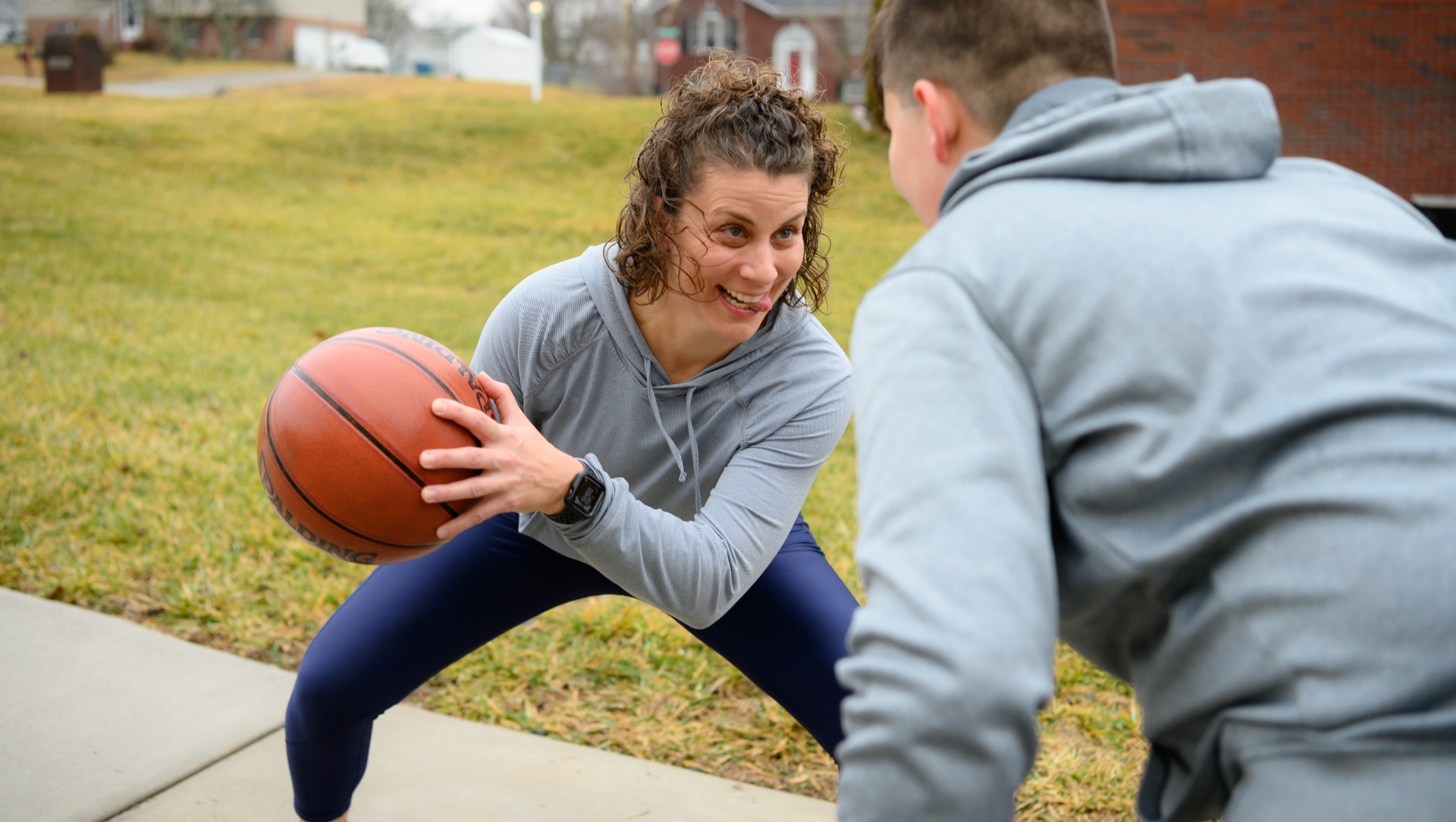 “I was like three weeks away from turning 40, out there playing like I was a high school basketball star.”

As Geri went to make a shot, her leg went one way, while the rest of her body went the other. “I was like ‘Ow!’ But I didn’t fall and I didn’t cry, I take a lot of pride in that,” she said. After taking a beat, she immediately went into mom mode. “I said, ‘I think I’m done playing basketball for now, I’ve got a ClickList order to pick up’. I still had to be a mom.” 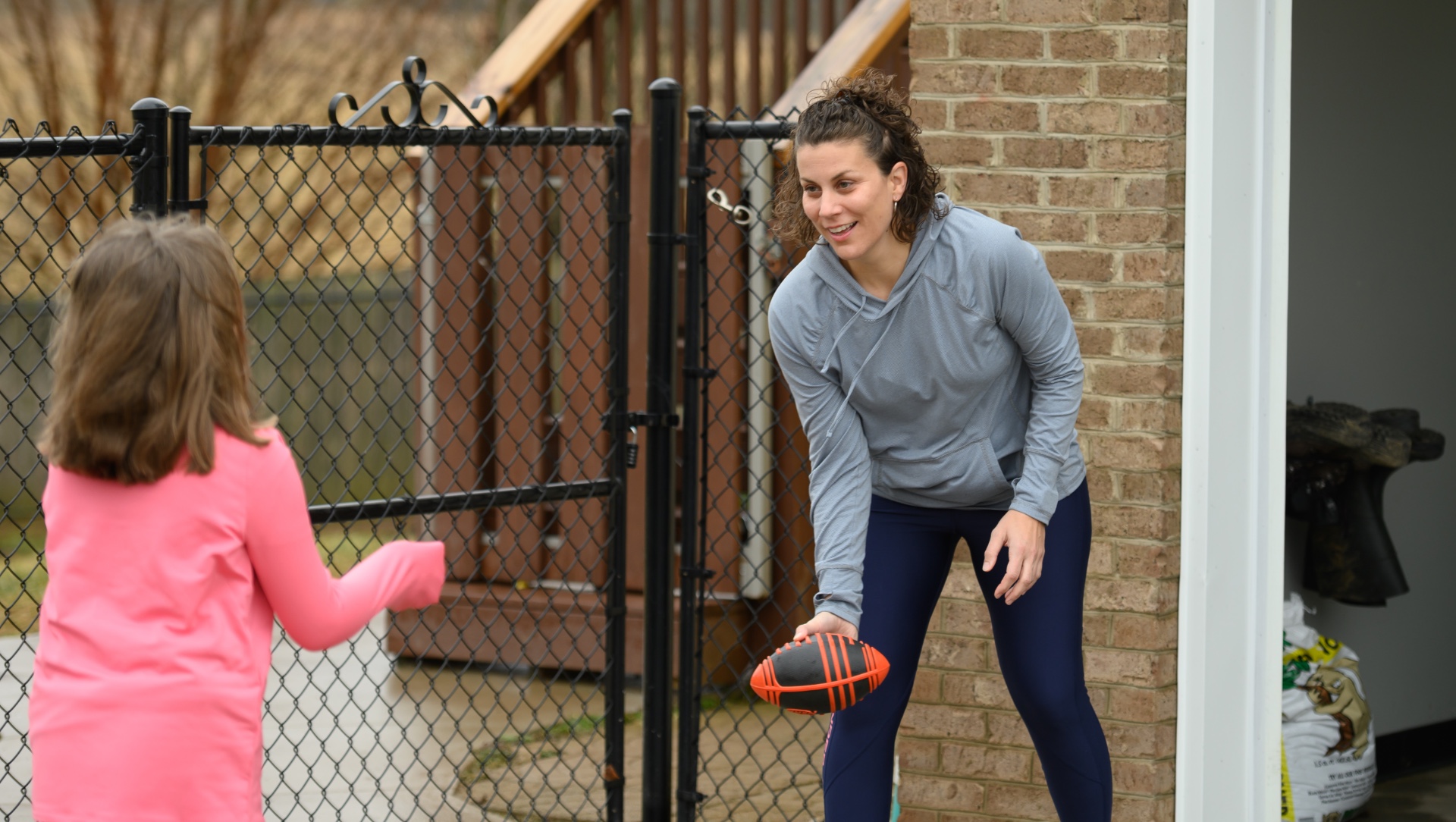 “I wanted to be that fit mom that was able to do all that with their kids.”

A few days later, Geri’s knee and leg weren’t feeling any better. With a five-day shift coming up at the hospital, when she would need to be on her feet for hours at a time, she knew she needed to see a doctor and get a proper diagnosis. The news wasn’t good: Geri had ruptured her ACL and had multiple lateral and medial meniscus tears. She would need surgery to fix it all, but the swelling was so bad, she had to wait for it to subside before proceeding. Geri refused to stop working, and spent her five-day shift at Good Samaritan Hospital in a knee immobilizer. 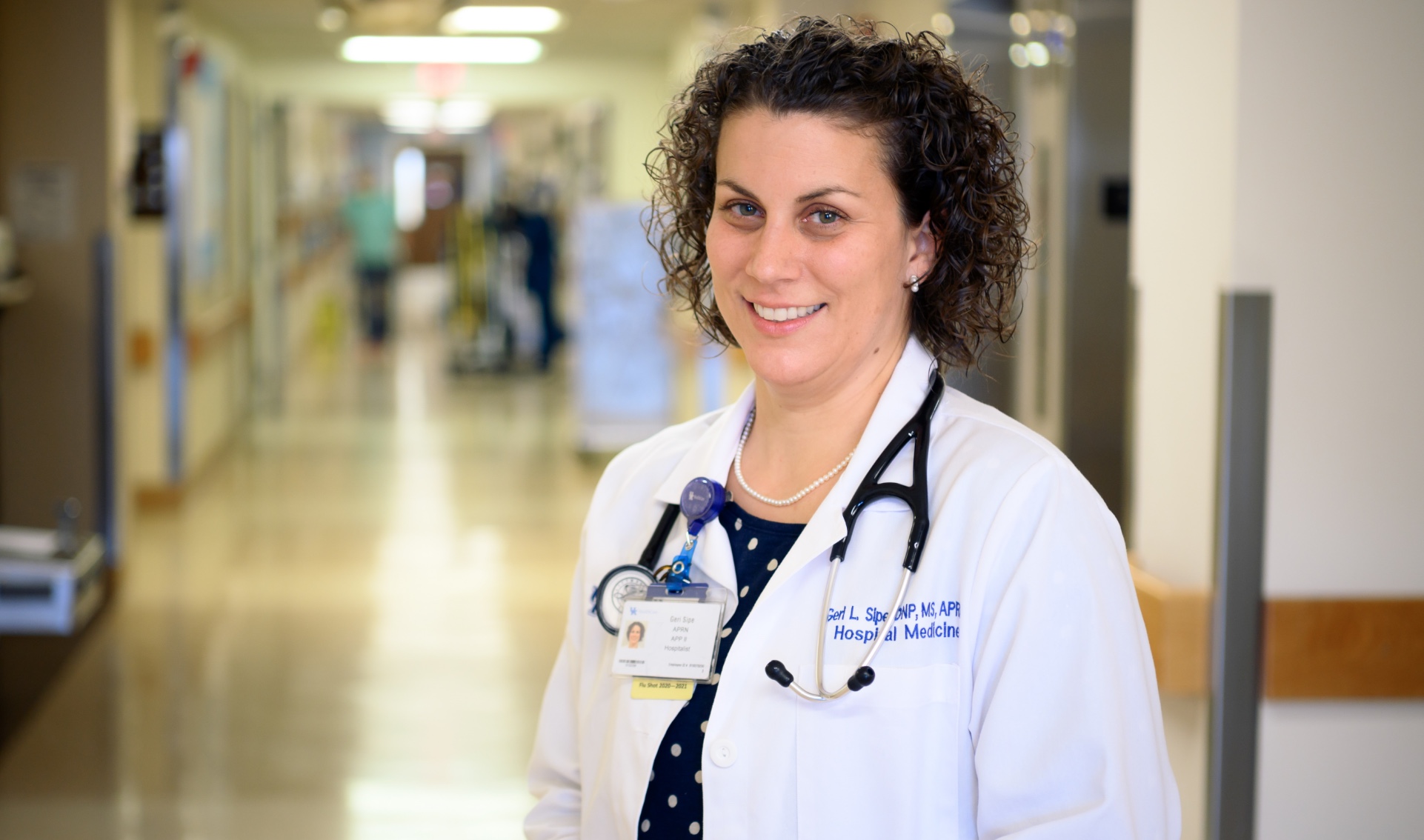 “I'm not used to being the patient—I would say providers are notoriously the worst patients.”

When it came time for surgery, she was nervous. Growing up playing sports, Geri had seen the same orthopedic provider her entire life. Working with a new surgeon was outside her comfort zone. So Geri began asking her friends and coworkers about Dr. Austin Stone and his work at UK HealthCare Orthopaedic Surgery & Sports Medicine.

“[My friends were] like, ‘Oh my gosh, he’s a wonderful surgeon!’ It was nice to see what I was hearing being translated to what I felt as the patient. That extra five to ten seconds of making eye contact with the patient and acknowledging that they’re a person and not a number for you, brings a human aspect to it. It’s something that I try to do as a provider.” 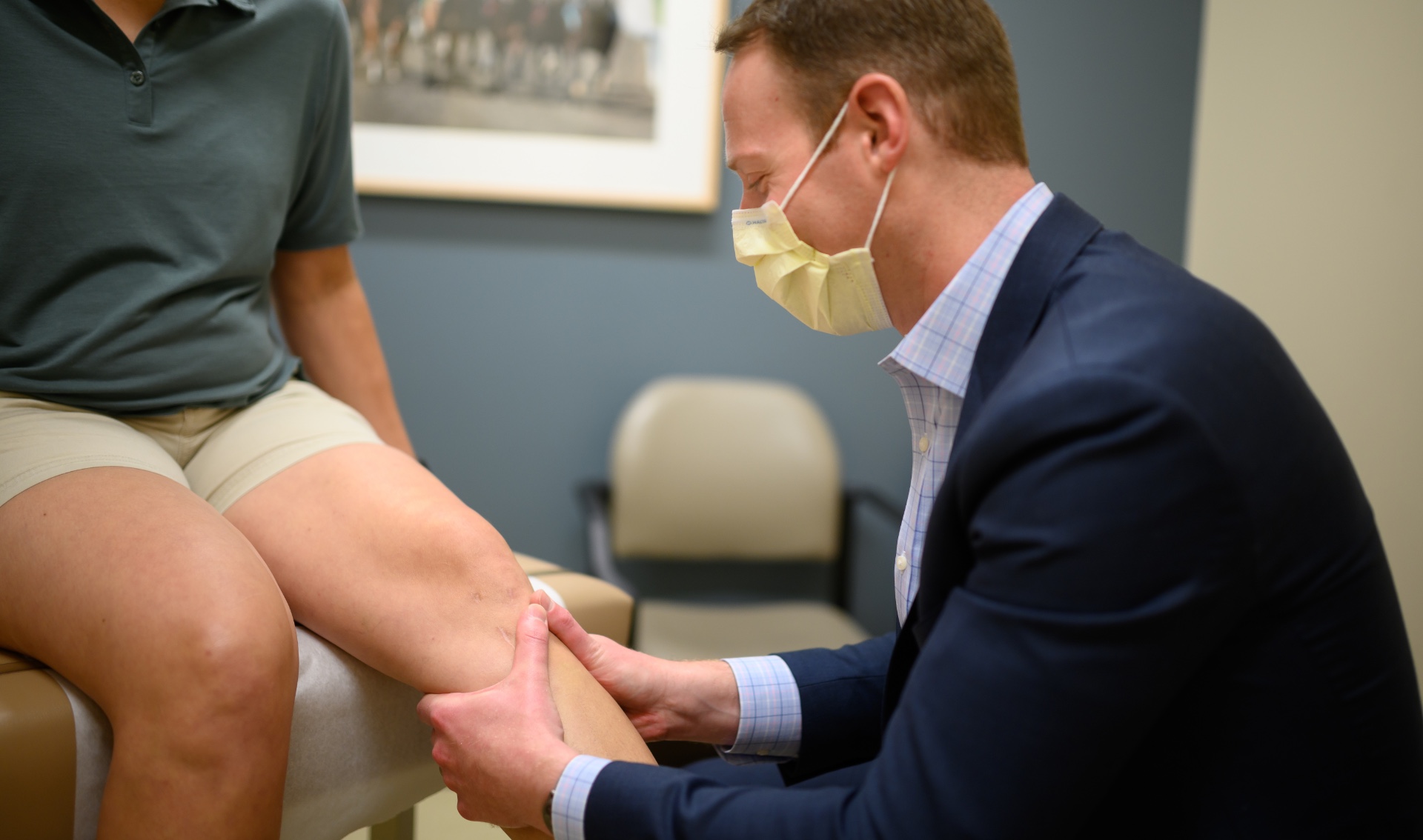 “I like that Dr. Stone does both research and practice, because I think we need more of that in there.”

Dr. Stone explained the plan to repair Geri’s knee: he would reconstruct her ACL with donated tissue, remove part of her damaged meniscus, and repair the rest. Geri started physical therapy just a few days after her successful surgery, and continued it twice a week for the next five months before moving to virtual therapy via TeleCare when the COVID-19 pandemic hit. For the first two weeks after surgery, her leg couldn’t handle any weight on it—but before long, Geri was getting around on crutches, eager to be back on her feet. 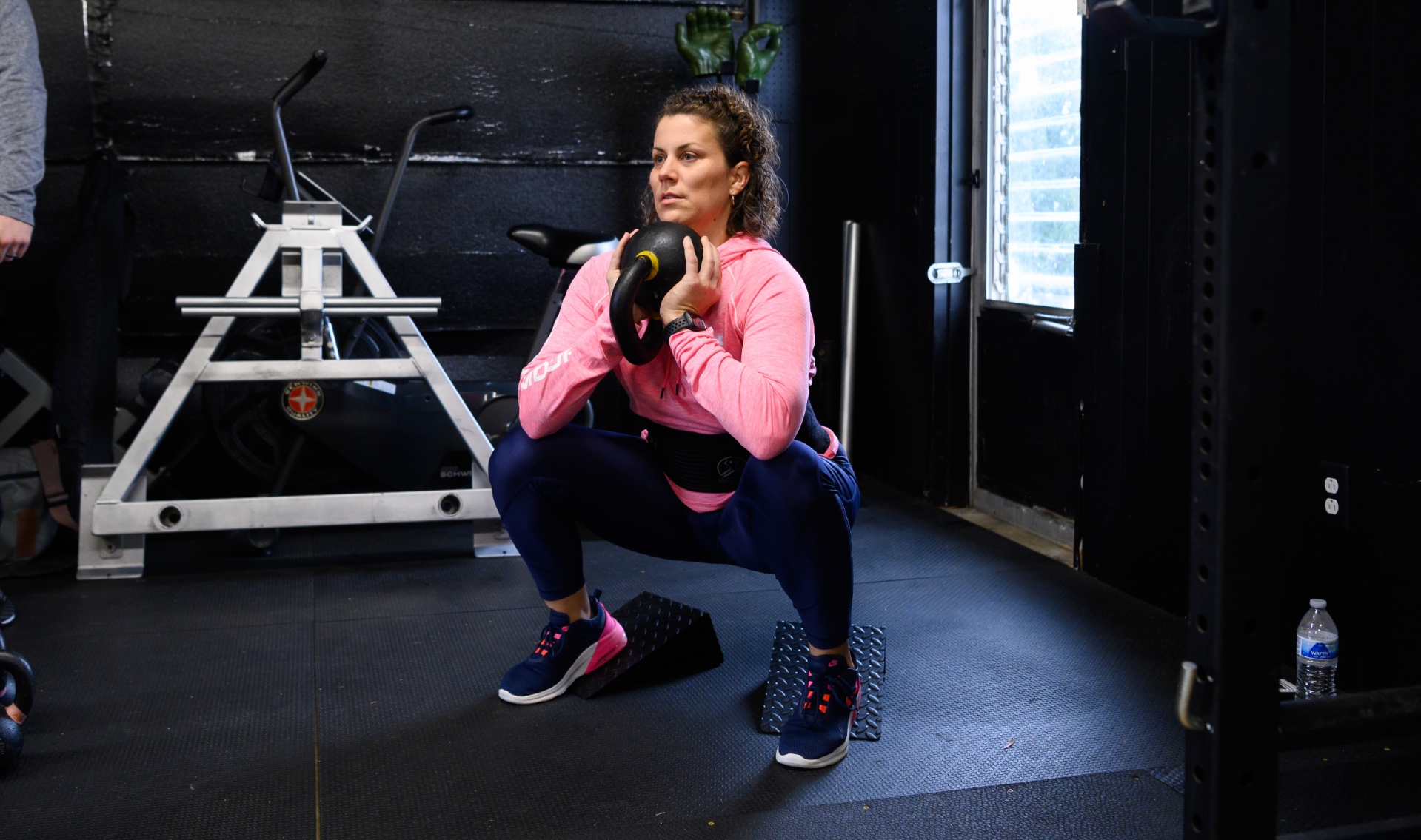 “If I want to run, I can run. I can finally jump good. It took a while, but I’m fabulous.”

“Dr. Stone asked me from the get-go what my goals were. I’m not going to play in the league, but I wanted to be able to play rough and tumble two-on-two with my kid. Dr. Stone was willing to let me drive the ship on that, and that’s not something that you always expect.” 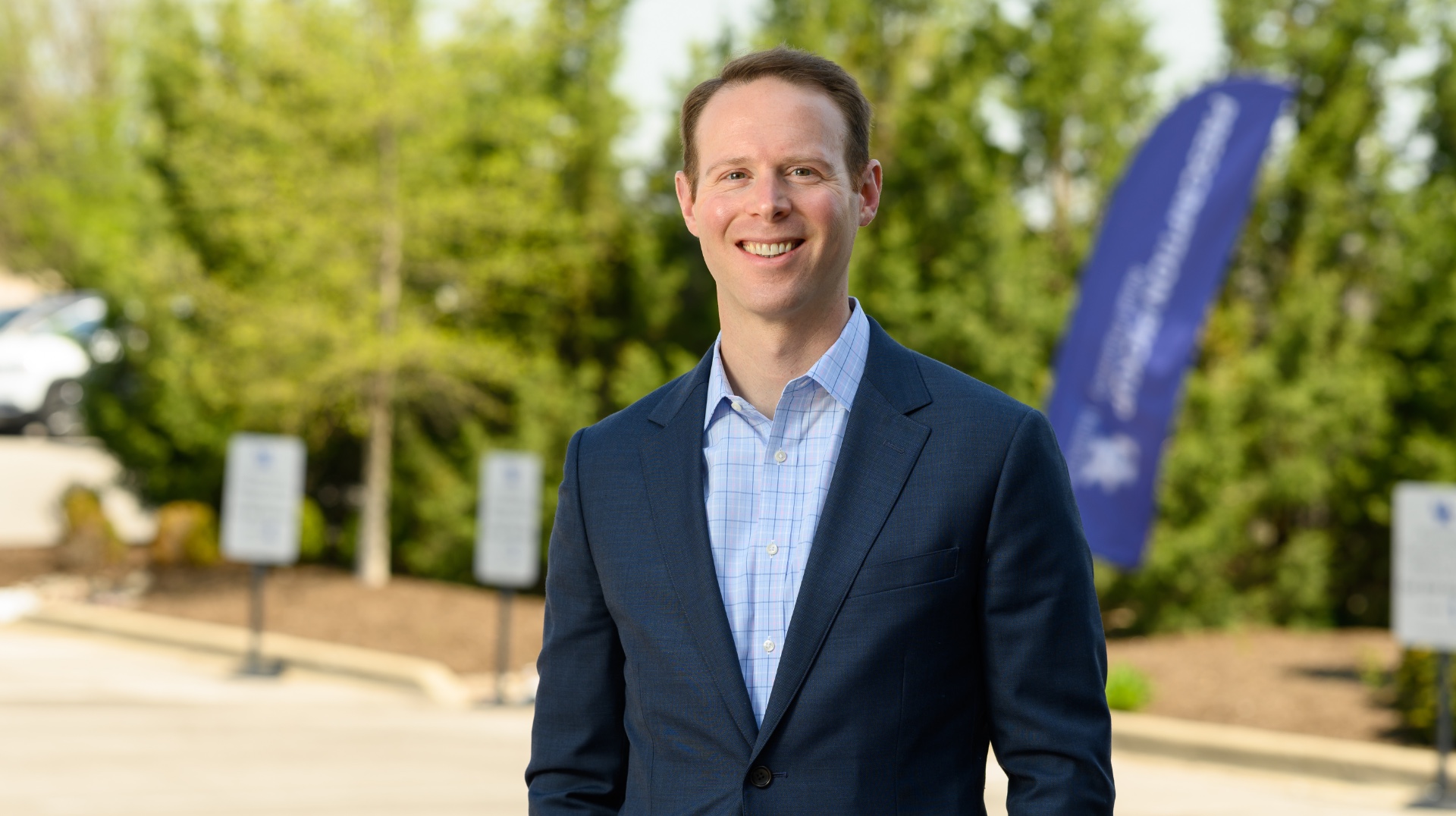 “Dr. Stone shows respect, not just to his patients, but also his staff. He does a great job of telling you what to anticipate.”

More than a year post-surgery, Geri still attends physical therapy every other week. But she’s back at work, comfortable walking the halls of Good Samaritan Hospital as she cares for patients, and running and working out with her son. For now, they’re mostly sticking to weight training. 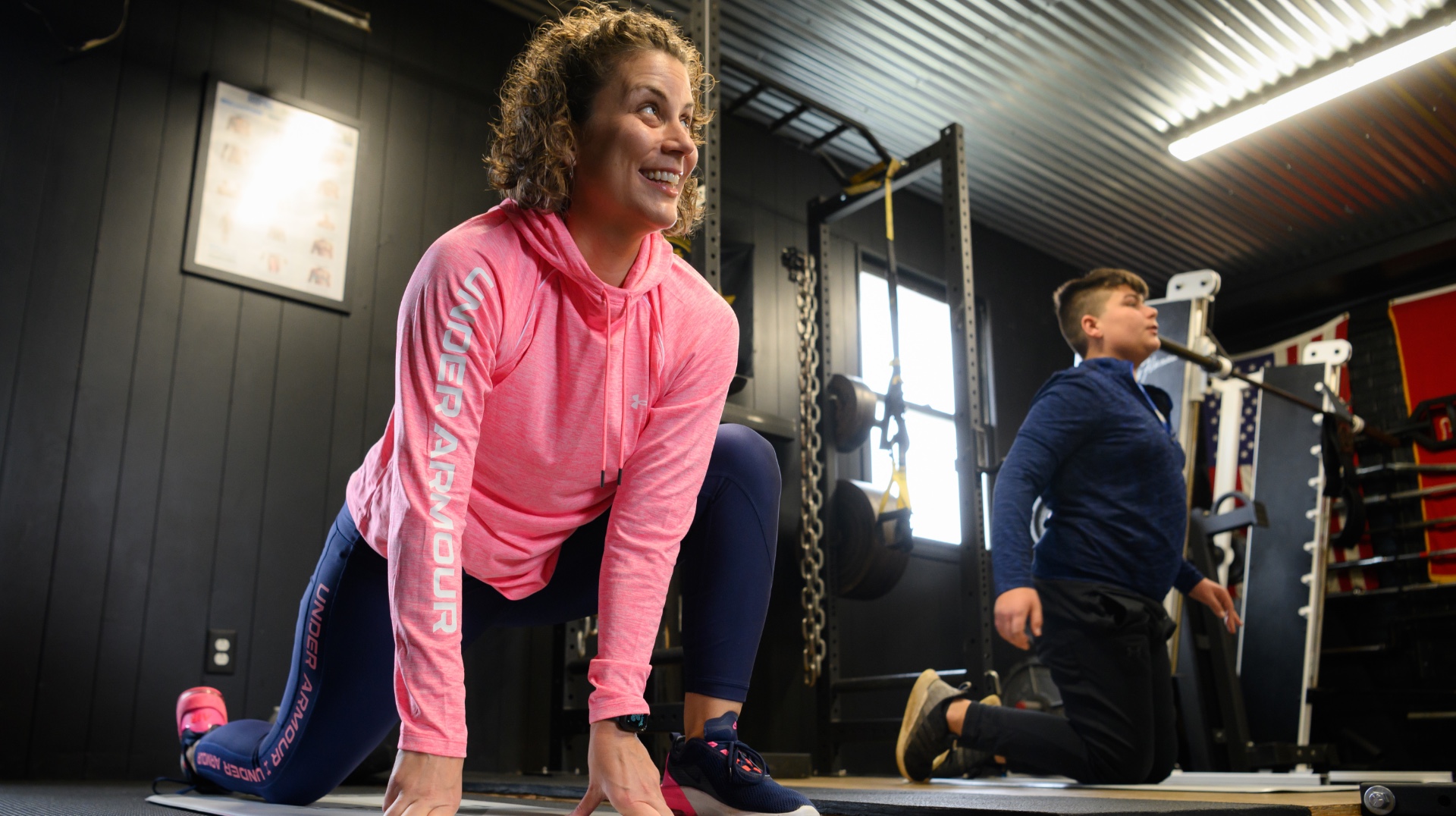 “My son and I have our little jam. We've just always had a great relationship.”

“That’s our new thing we’re doing together—a little bit less contact,” she joked. “I thought I would bounce back much quicker. I didn’t believe that my age or reduced level of fitness would be so important. It was a humbling and sobering experience. But the body is simply amazing. I was able to meet my ultimate goal when I first met with Dr. Stone: to play sports safely with my children. I am the active mom I wanted to return to post-op. Yes, I’m still competitive when playing sports, but I’m fully aware I’m not superwoman!” 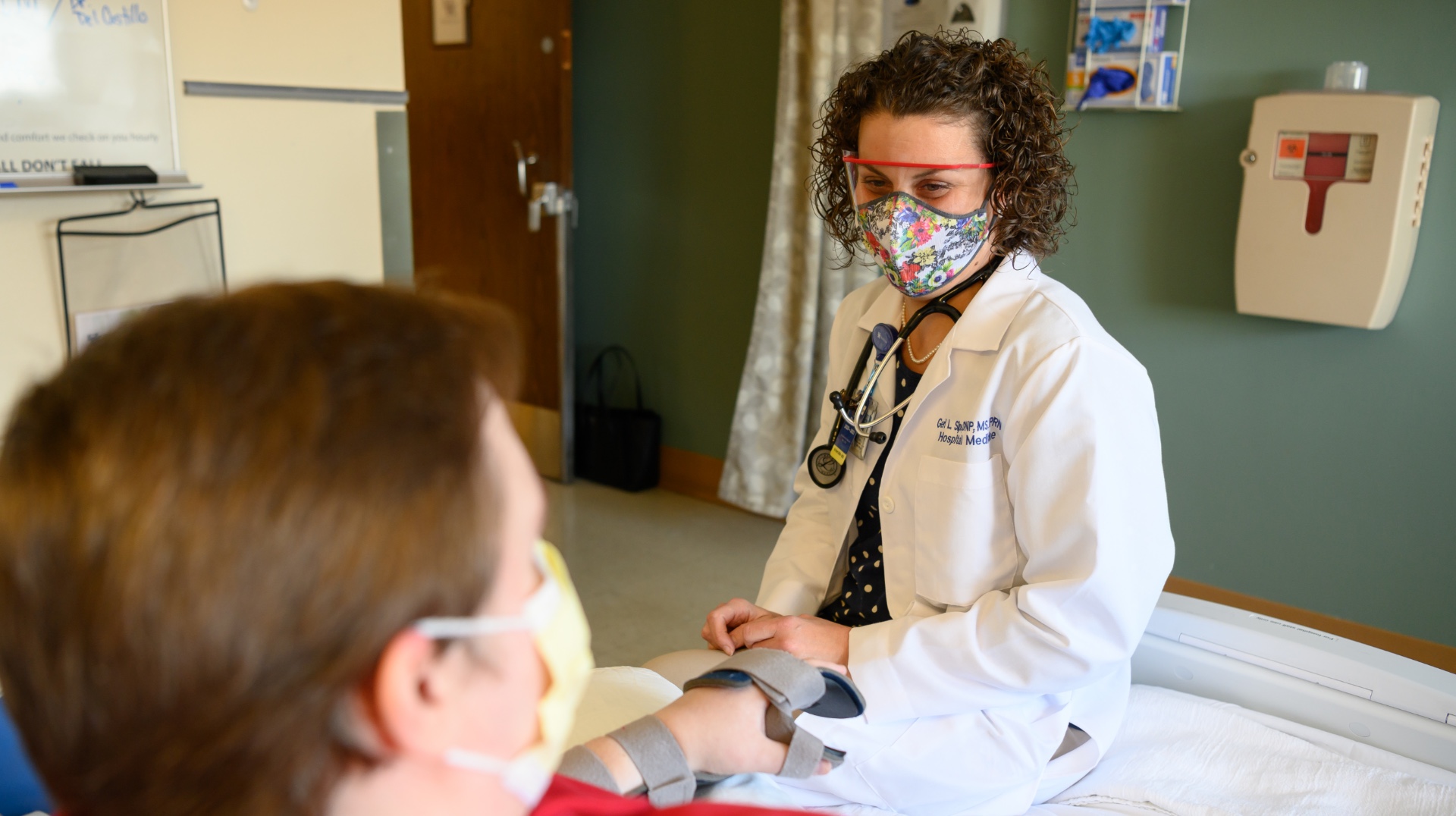 “This experience reinforced my approach as a healthcare provider, to know that we’re doing what's right.”

See how we care for patients like Geri at