“I was just signed as an offensive lineman for Kentucky. But two months before college, they found a growth in my heart.”

Kenneth Horsey was eating dinner one night in April 2018 when he started noticing pain in his side. “Honestly, I didn’t think anything of it at first. But then the pain, it just grew and grew. Next thing you know I was throwing up, and barely keeping consciousness.” 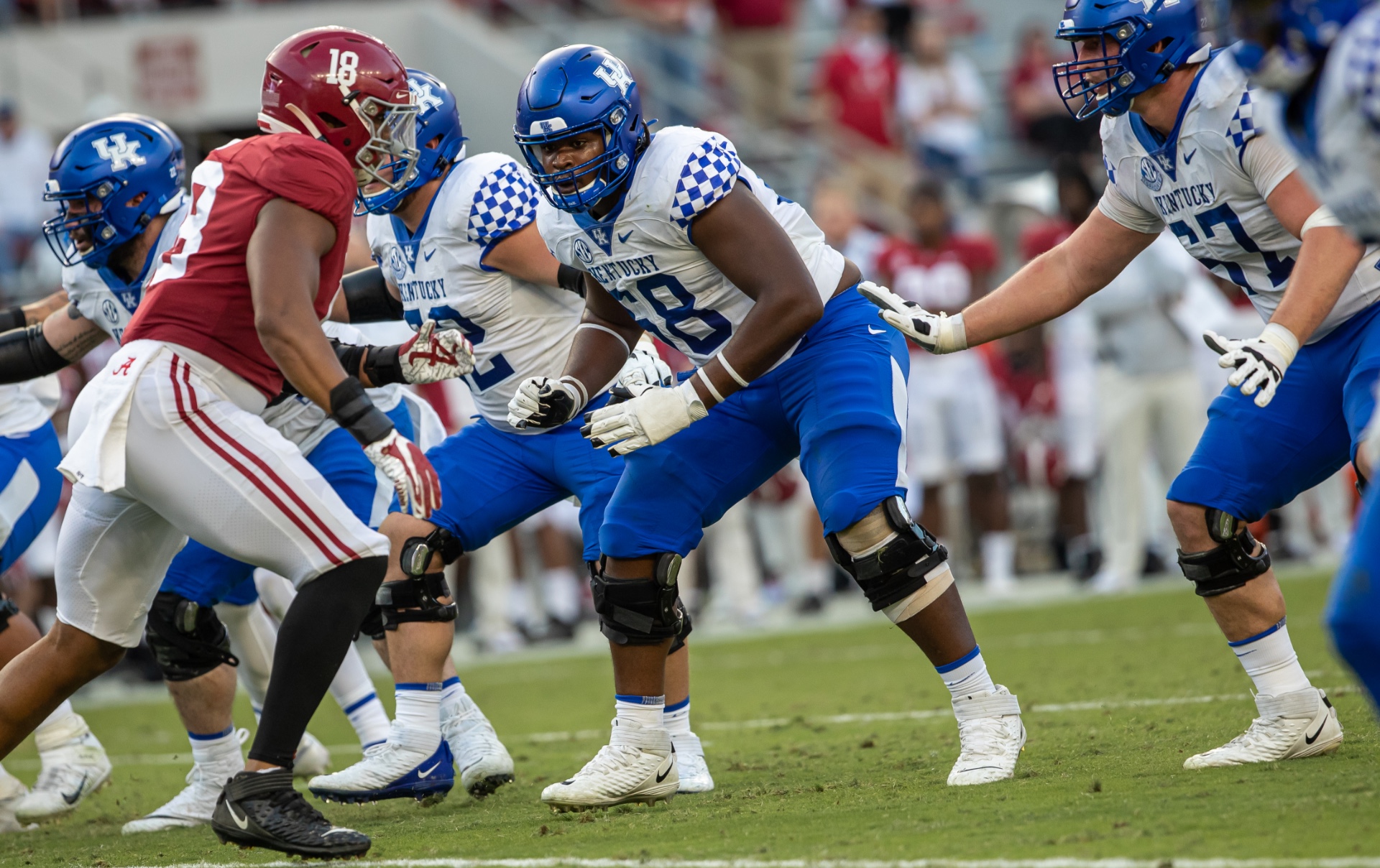 “I’m blessed to play the game I love,” said Kenneth.

Kenneth was rushed to a hospital near his home in Orlando, where he was diagnosed with endocarditis: a vegetation on the heart valve with no trace of the growth’s origin. A piece of this vegetation had broken off and traveled down to his kidney, causing it to malfunction and leading to Kenneth’s symptoms. Two days later Kenneth’s parents, Shari and Ken, made the decision to move forward with open heart surgery to remove the growth. 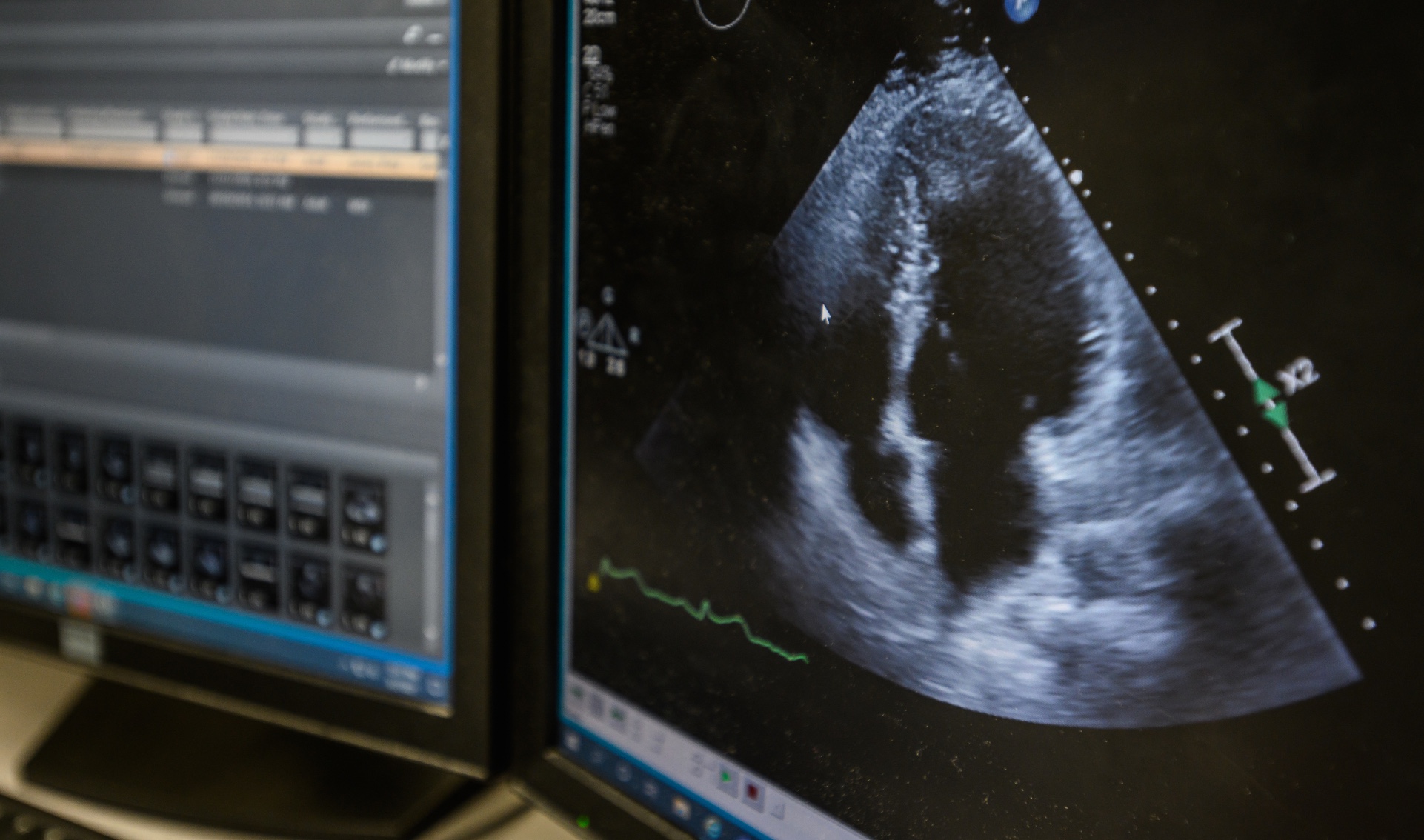 According to Dr. Booth, “Blood cultures did not reveal the organism that caused the vegetation on Kenneth’s heart.”

“They cracked open my sternum,” said Kenneth. “They cleaned off the growth from my heart valve. The valve wasn’t replaced or anything like that. Luckily, it was successfully removed. They closed me back up and put a titanium closure system on my chest, so I’d be able to play football again.”

Kenneth wasn’t out of the woods yet. If he wanted to get back to football, his follow-up care was just as important. For months, he wasn’t allowed to lift anything over five pounds. “The first eight weeks were rough. I wasn’t even able to help my mom carry in groceries. It was definitely an adjustment. I basically went back into conditioning as somebody who never played before. I had to build myself back up.” 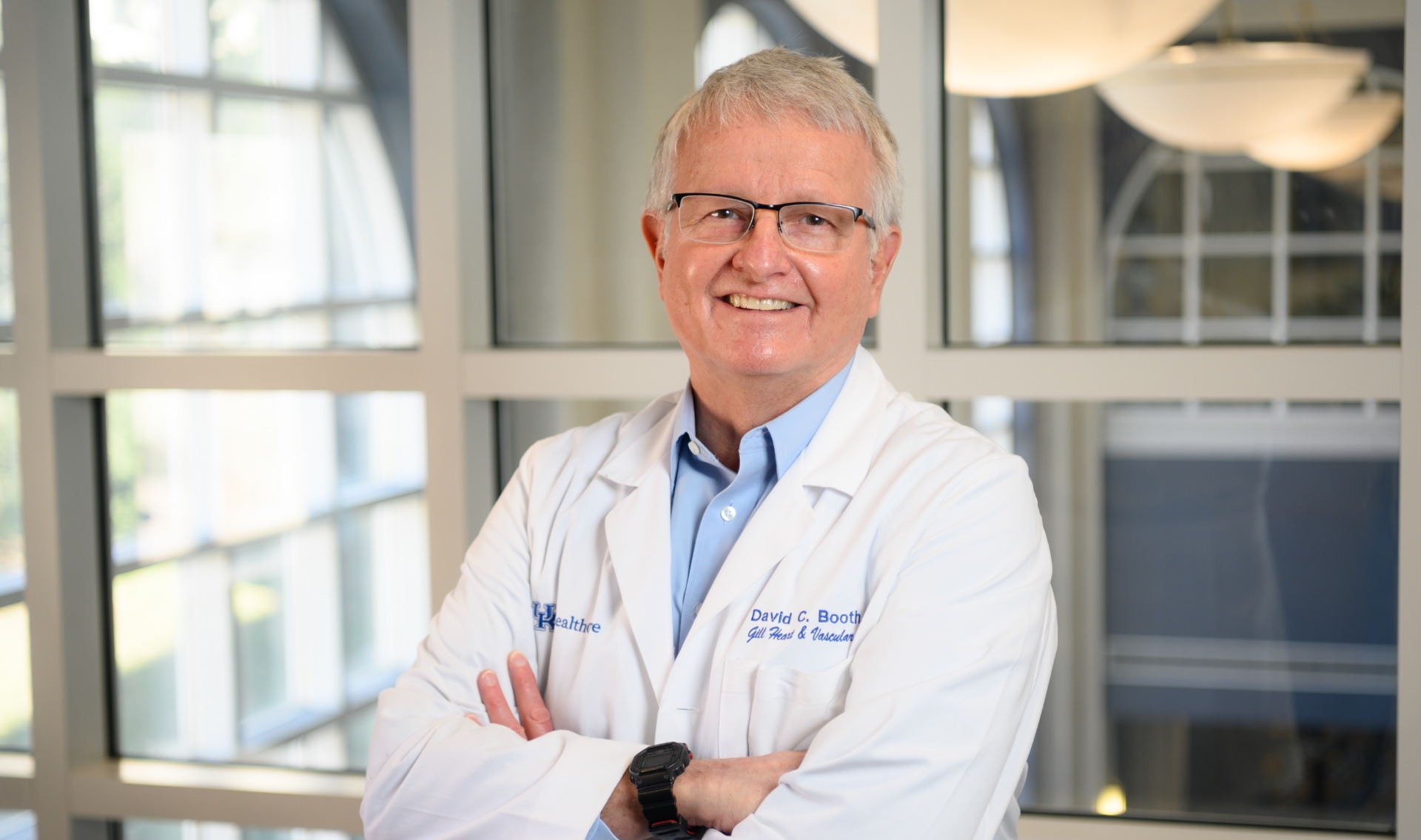 “For somebody to have their sports career on the cusp of being taken away and then get it back is amazing,” said Dr. Booth.

Kenneth was able to face those difficult weeks with the support of his parents. “It’s hard to tell an 18 year old to be strong,” said Shari. “But he pulled through. He had a good support staff—family, medical team, coaches and trainers at University of Kentucky. As soon as they heard what happened, they reached out. The important thing was him getting better. It meant the world to hear their reassurance.”

As Kenneth recovered, he and his parents prepared to transition his follow-up care to UK. The consistent communication from University of Kentucky and UK HealthCare helped solidify Kenneth’s choice to go to Kentucky. “UK was great,” said Ken. “We knew we made the best decision choosing UK.” 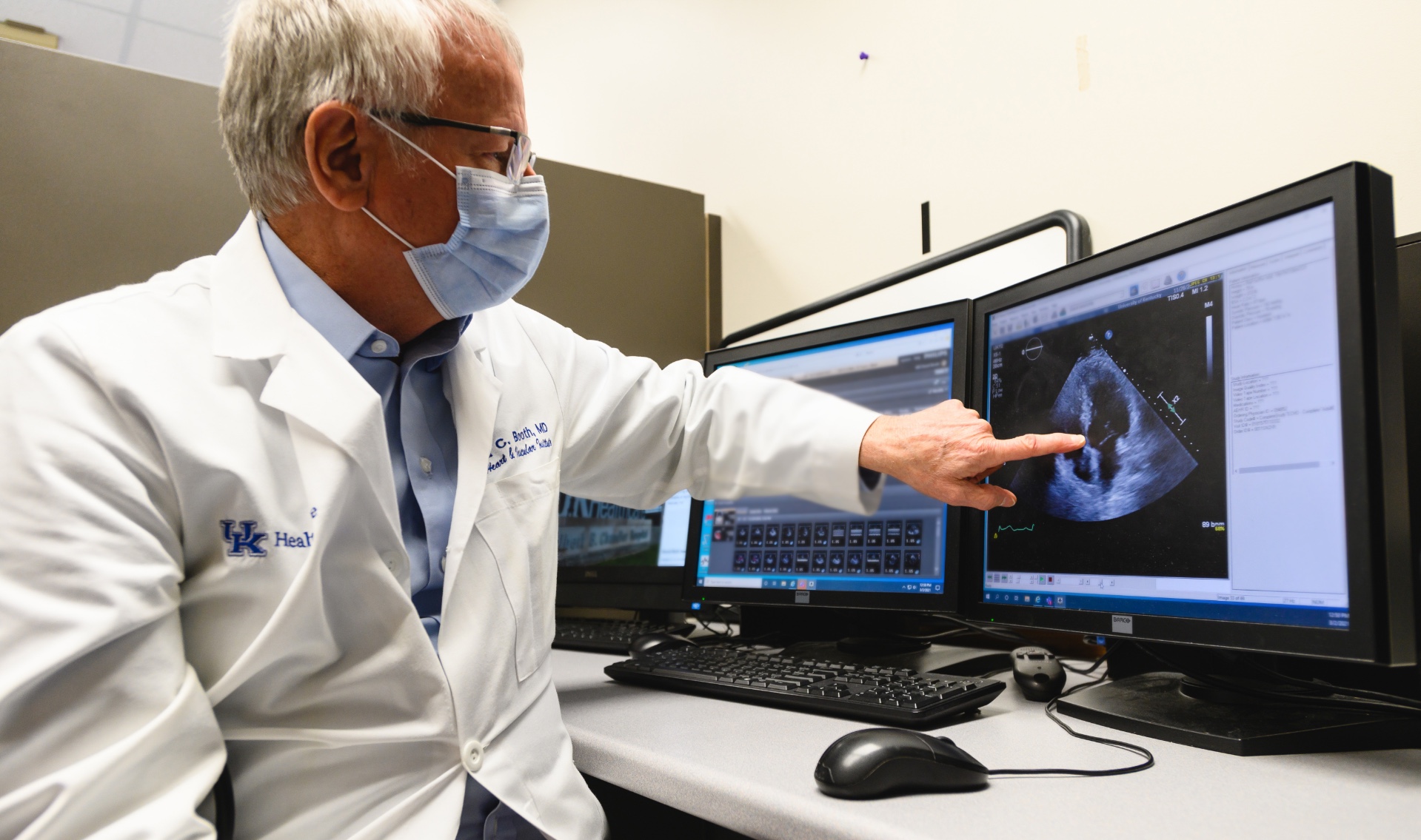 “If you look at his echocardiogram, it’s amazing that his mitral valve shows no evidence that he went through this,” said Dr. Booth.

In June, Kenneth moved to Kentucky. One of his first stops was UK HealthCare’s Gill Heart & Vascular Institute, where he was seen by Dr. David Booth, a cardiologist. Dr. Booth performed a scan of Kenneth’s heart to determine the necessary steps for his follow-up care to ensure he returned to the field safely.

“His mitral valve shows no evidence whatsoever that he went through this,” said Dr. Booth. “He’s had no trouble whatsoever with his sternum. We really kept up with his echocardiograms just to make sure that his valve has continued to look normal.” 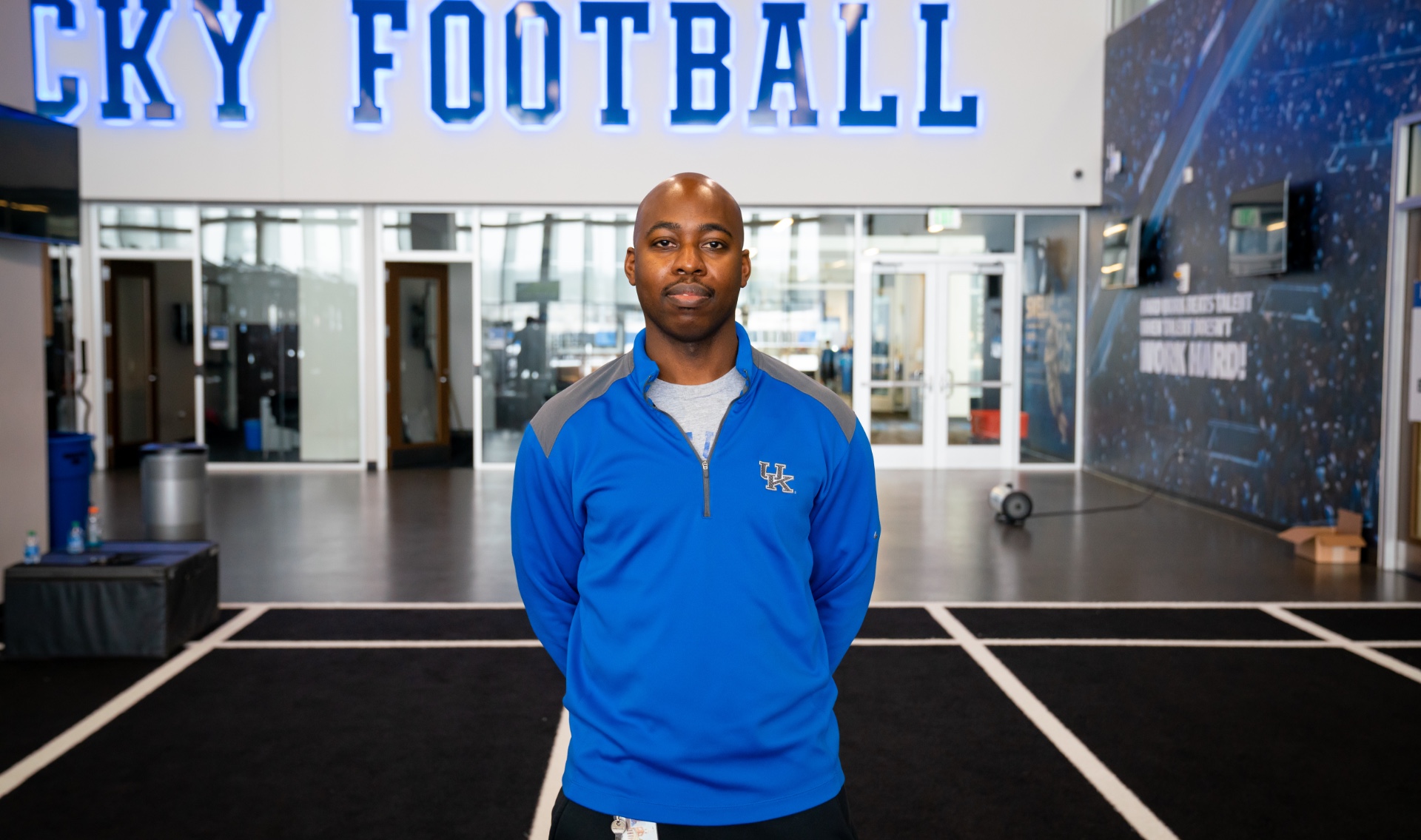 “We always make sure athletes are in the right mindset so that they don't get lost in their thoughts,” said Gabe Amponsah.

With the go-ahead from his doctors, Kenneth focused on getting himself back to football, both physically and mentally. “I’m grateful to my staff, trainers and coaches,” Kenneth said. “They communicated with me and helped me open up, because as student athletes when we feel pain or something like that, we don’t like to always acknowledge it. It was about having that open communication to make the process successful. I had to remember that, although I might have to sit for now due to pain, it’s better to do it now than to rush back into it and next thing you know, I’m back on the surgery table.”

Key to Kenneth’s progress was Gabe Amponsah, the Director of Sports Medicine and Head Athletic Trainer for UK Football. “Kenneth came to us in June, severely deconditioned. We hadn’t done any activity due to his heart restrictions, and he was brand new to us,” said Gabe. “We didn’t know what his previous conditioning state was, or how he responds to stimulus or workouts. We worked really closely with the staff to get him ready.” 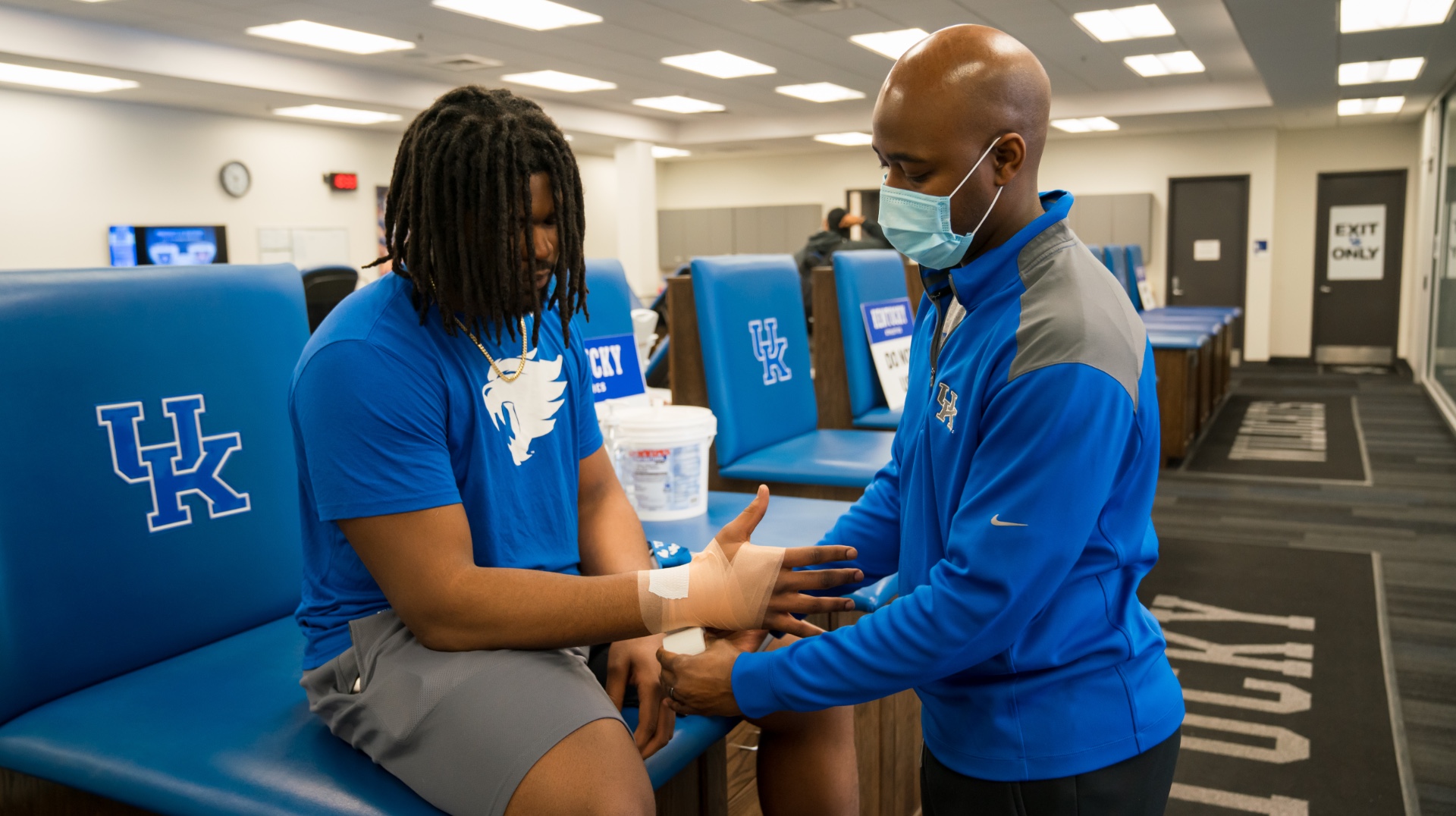 Kenneth’s rehab began slowly with body weight exercises before transitioning into the weight room. He was in his own group, working at a different training pace. “Kenneth really wanted to try and do what everyone else was doing,” Gabe explained, “but his body was saying, ‘No, you’re not ready. Slow down.’”

“When you work through your chest or have open heart surgery, obviously those muscles are going to be affected and atrophied significantly,” continued Gabe. “A major part of our strategy is ensuring our athletes are in the right mindset to attack what they’re doing so that they don’t get lost in their thoughts. For a team-oriented guy like Kenneth, it was more so encouraging him to keep working at his own pace so that in the long run he can help the team.” 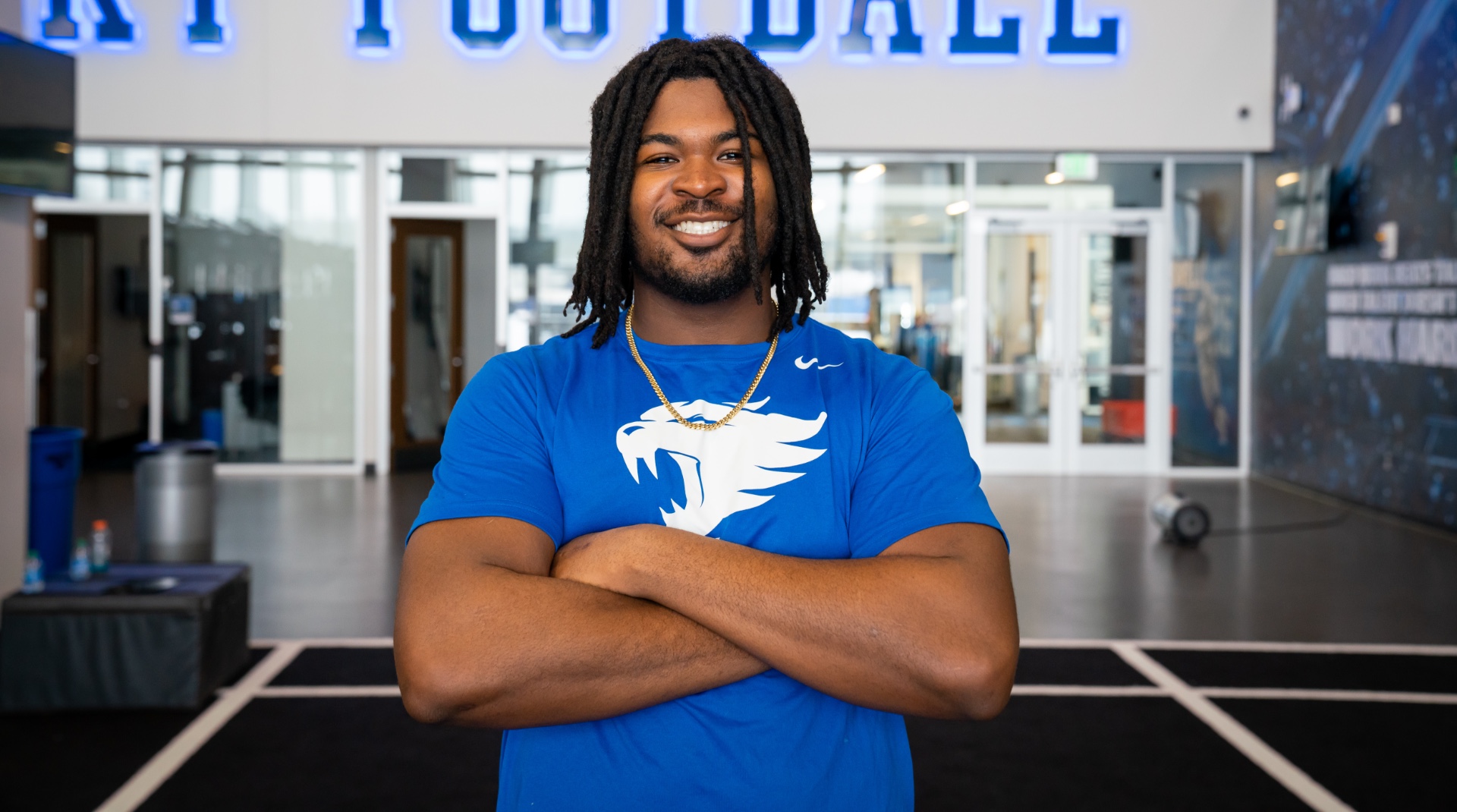 “No matter the situation you're going through now, keep your eyes on God and stay focused on your goals,” said Kenneth.

Kenneth looked to other people on the team who had gone through medical challenges, like Josh Paschal, who came back from a melanoma diagnosis, and the late Coach John Schlarman, who was in treatment for cancer when Kenneth joined the team. “JP led by example in how he carried himself and the team,” said Kenneth. “And Coach Schlarman—when he was going through chemo, we saw how it affected his body, but it never affected his attitude.”

“I was given an opportunity to reshape my game,” said Kenneth. “I didn’t have to go back to my old self to be successful.”

After months of rigorous, careful training and monitoring, Kenneth was cleared to join the team training camp in August. His return to the field was a great success, eventually landing him the Mayo Clinic Comeback Player of the Year Award. 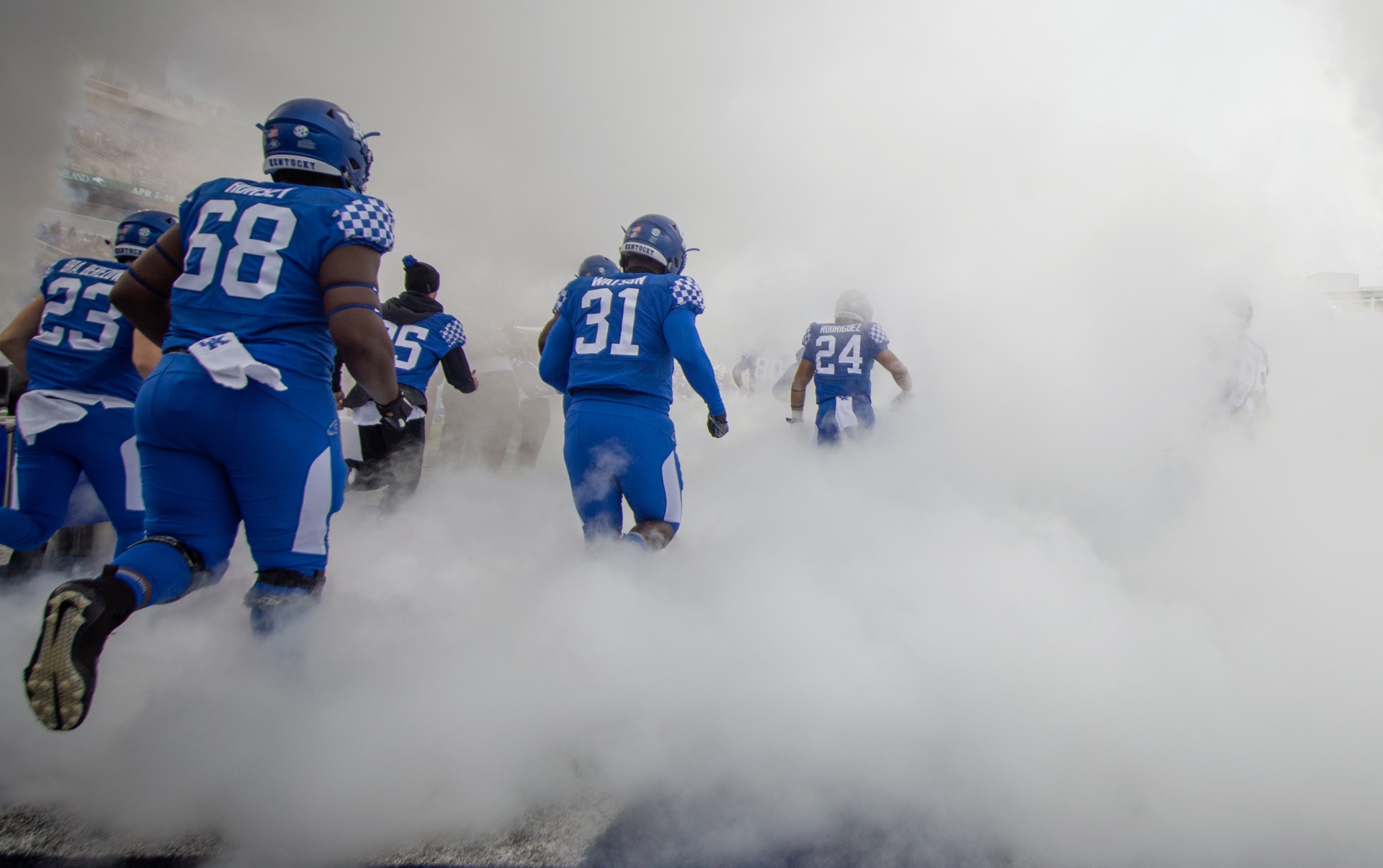 “I just wanted to do whatever I could to positively affect my team,” said Kenneth.

“He’s really back into a normal routine, with no restrictions outside of not bouncing the barbell off his chest,” said Gabe. “A few months ago, he was lying in a hospital bed, having open heart surgery, and now he’s playing Division 1 football in the SEC. It’s a remarkable testament to him.”

Kenneth’s experience has left the Horsey family reflective—and thankful. “We have good health insurance,” said Ken. “We try to make sure that people understand that you never know when something can happen and having a good insurance plan can save a lot of worry.”

“I thank God for UK staff and UK HealthCare,” said Shari, “Because he’s getting great care from them afterwards as well.”

“My faith in God is what kept me going,” said Kenneth. “There were plenty of times where I would just sit back and talk to God and just ask him, ‘Why me?’ But when you know that you have God on your side and you know that you’re blessed, it gives you that extra motivation. It made me feel like I was able to take the obstacle God brought on me and really flip it into a story of inspiration, a story of hope and just a story of strength.” 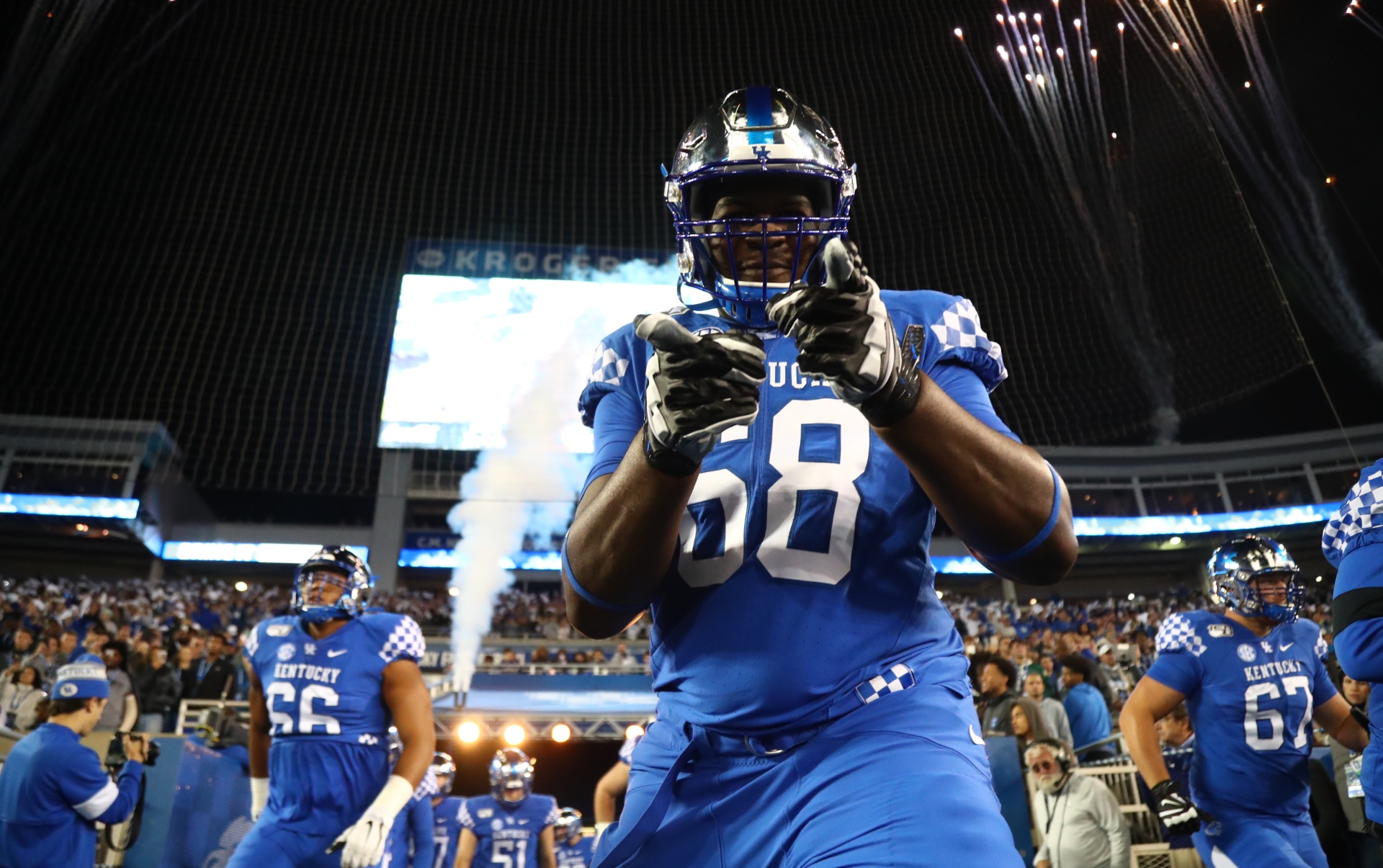 “I’m blessed to be living my dream,” said Kenneth. “And hopefully this is just the beginning.”

“This is not asthma. He needs to go back.”Heart, Pediatric Services