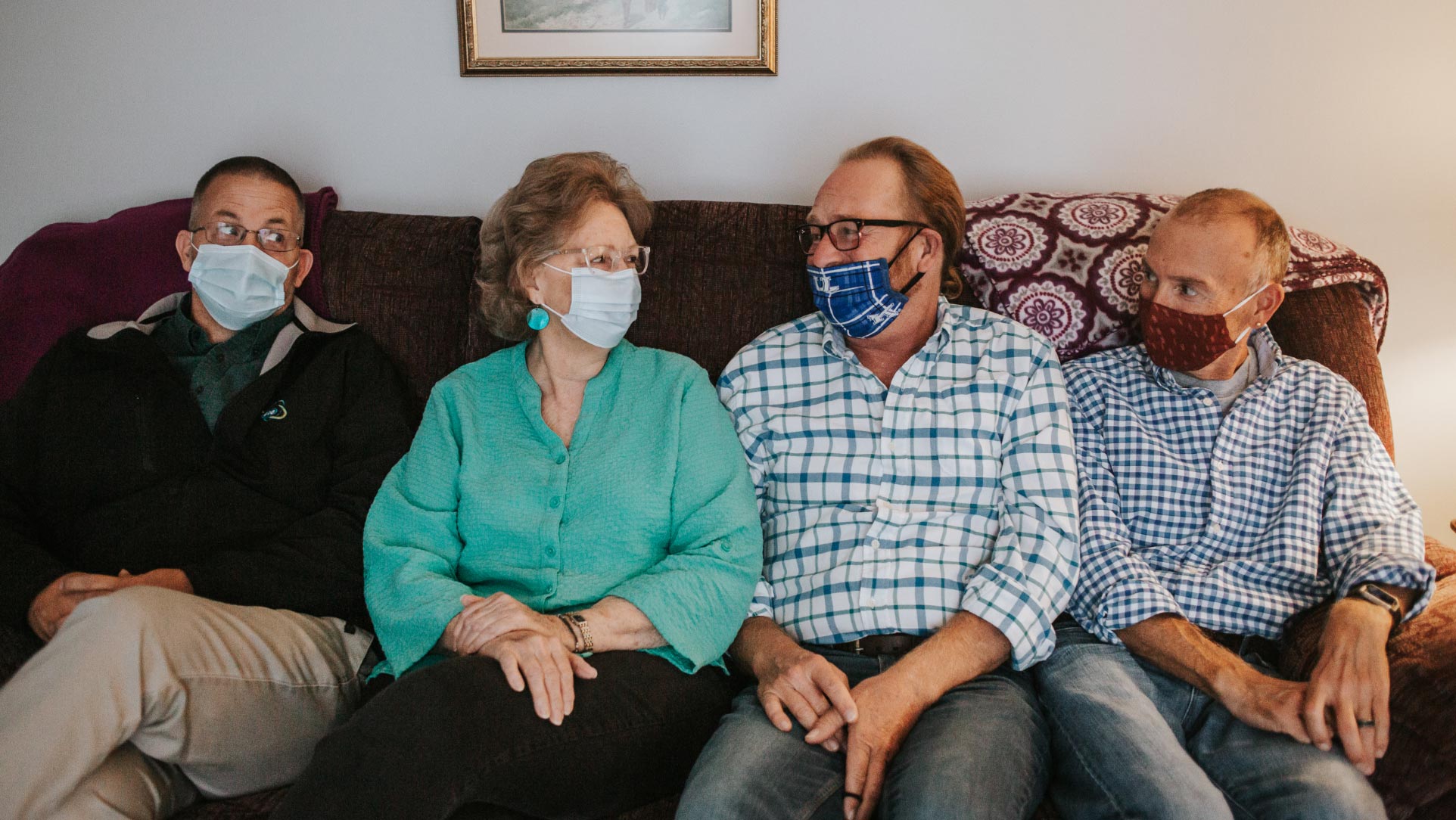 Mae Lewis enjoys the company of her sons—one of many cherished moments made possible by her transplant.

When Mae Lewis’s doctor told her she had emphysema, she didn’t believe him. She had never smoked a day in her life, and she had no physical symptoms of lung disease. But she continued going to her doctor’s regular check-ups every three months, which eventually led to an official diagnosis: idiopathic pulmonary fibrosis, a disease that results in the scarring of the lungs. Mae had a diagnosis, but no underlying cause and no cure—just continued monitoring, month after month. 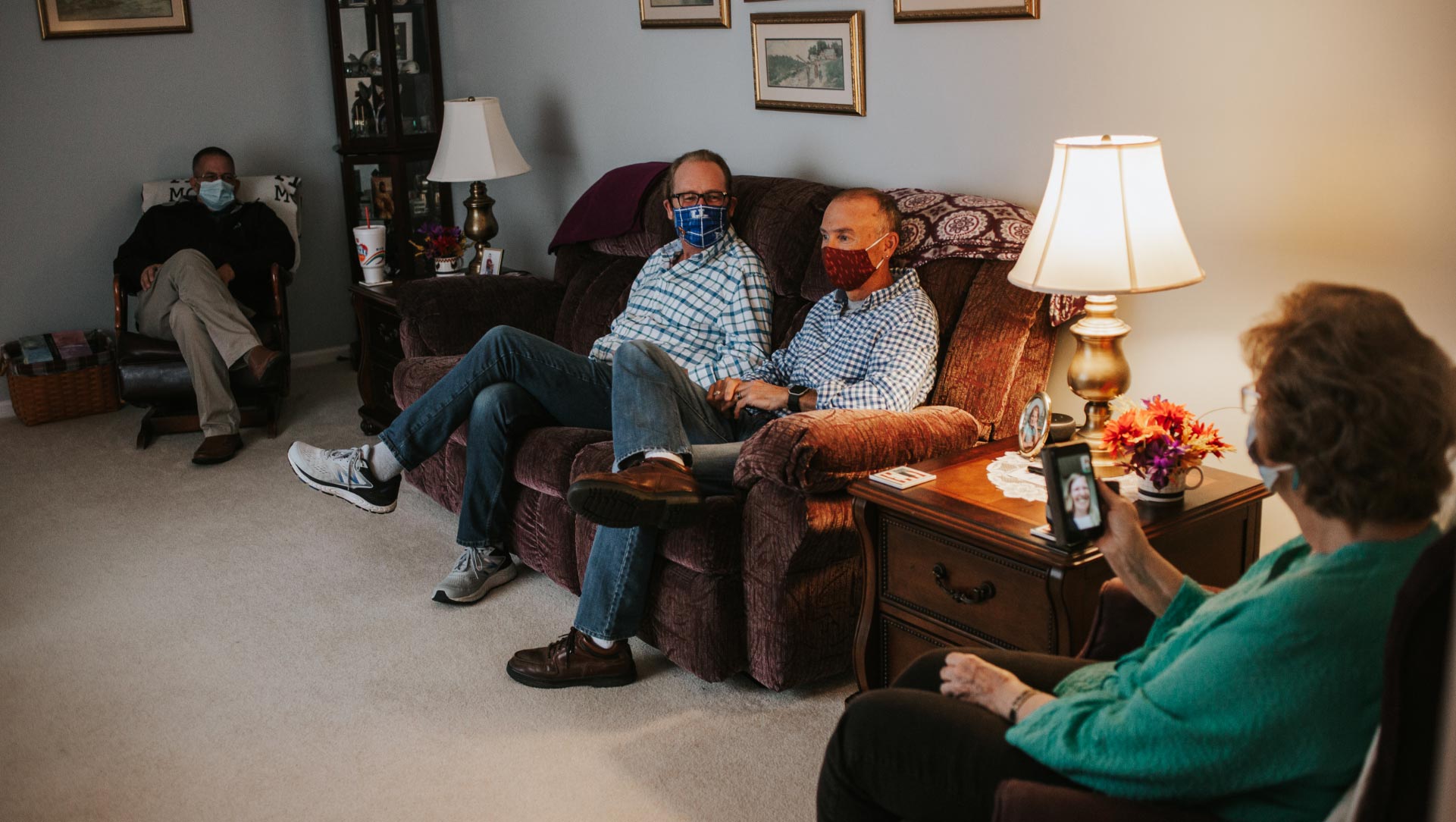 Mae speaks to her “daughter-in-love,” Renee—keeping their connection even through COVID-19.

But as Mae’s husband’s disease progressed, his care needs surpassed her own, and she stopped going to her appointments. Sadly, after almost forty years of marriage, Bobby passed in 2011.

Soon after, Mae began to experience shortness of breath and some difficulty breathing. She started to have a hard time going to church and having lunch with her friends. The inhaler she was given wasn’t helping her condition. Finally, unsure what else to do, Mae sought treatment outside of her primary care physician in Frankfort. 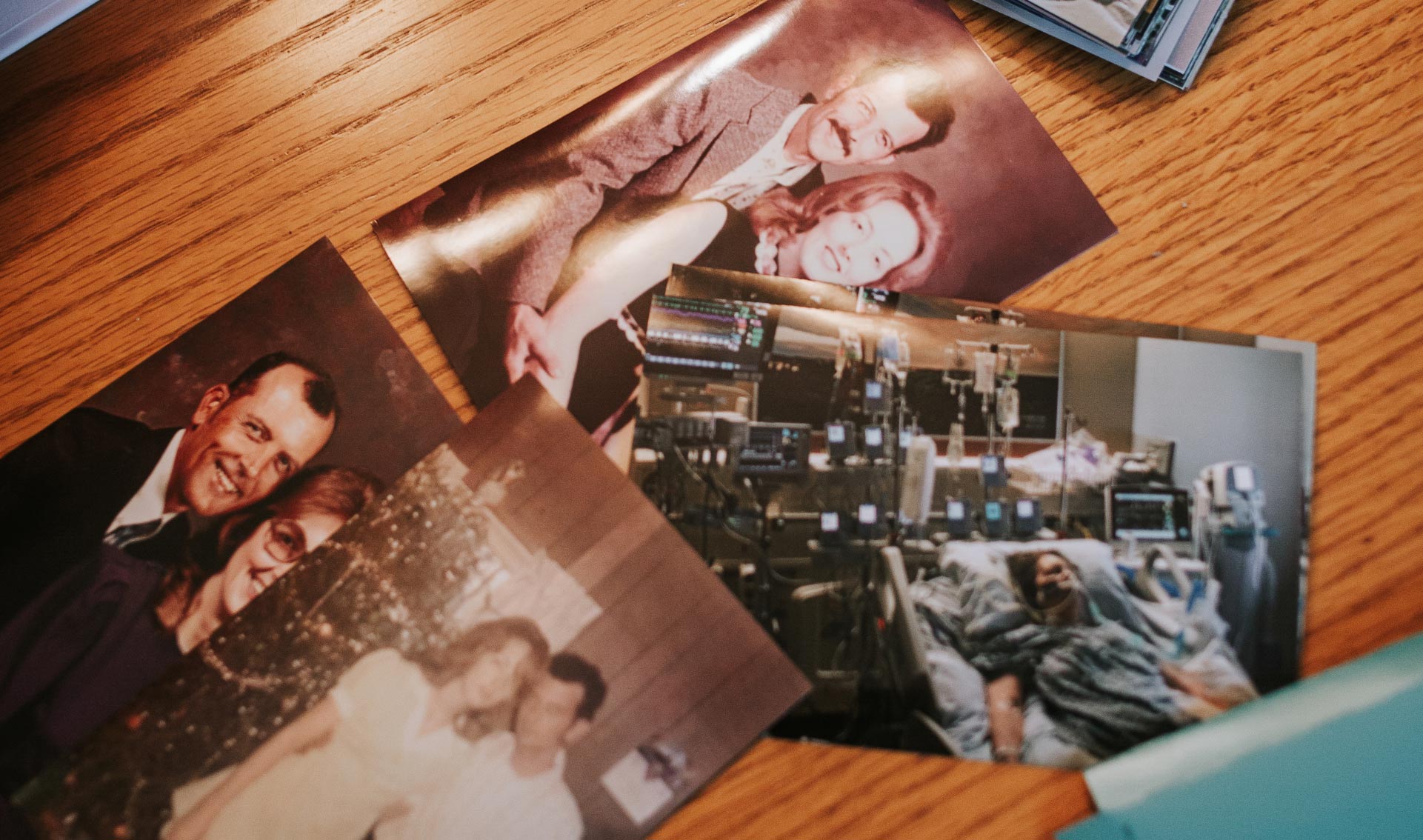 “I was praying and asking the Lord to please let me stay healthy enough to take care of him.”

“I had a cousin that had to go to the hospital—they did a lung biopsy on him and he was diagnosed with pulmonary fibrosis. Before they got it back to see if it was idiopathic pulmonary fibrosis or not, he died. They did the test on Monday and he died on Thursday. That got me thinking, as I was not breathing as well as I used to, so I thought it was time to go back to the doctor.” 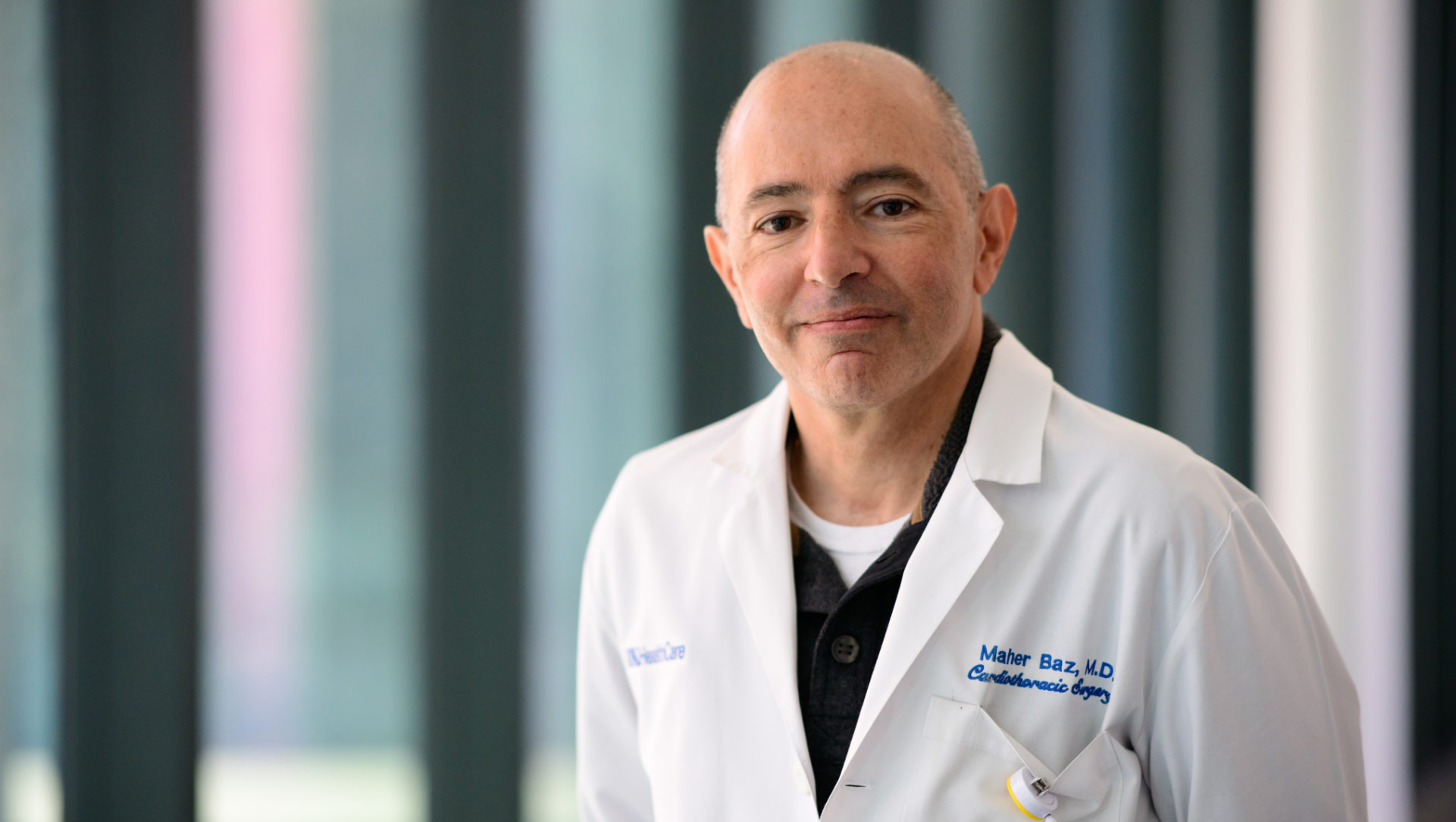 Dr. McConnell helped Mae manage her condition, putting her on new medications to help slow the progression of the disease. But Mae’s health continued to deteriorate, eventually requiring the use of an oxygen tank. Everyday things like taking a shower became incredibly difficult and left her unable to breathe. 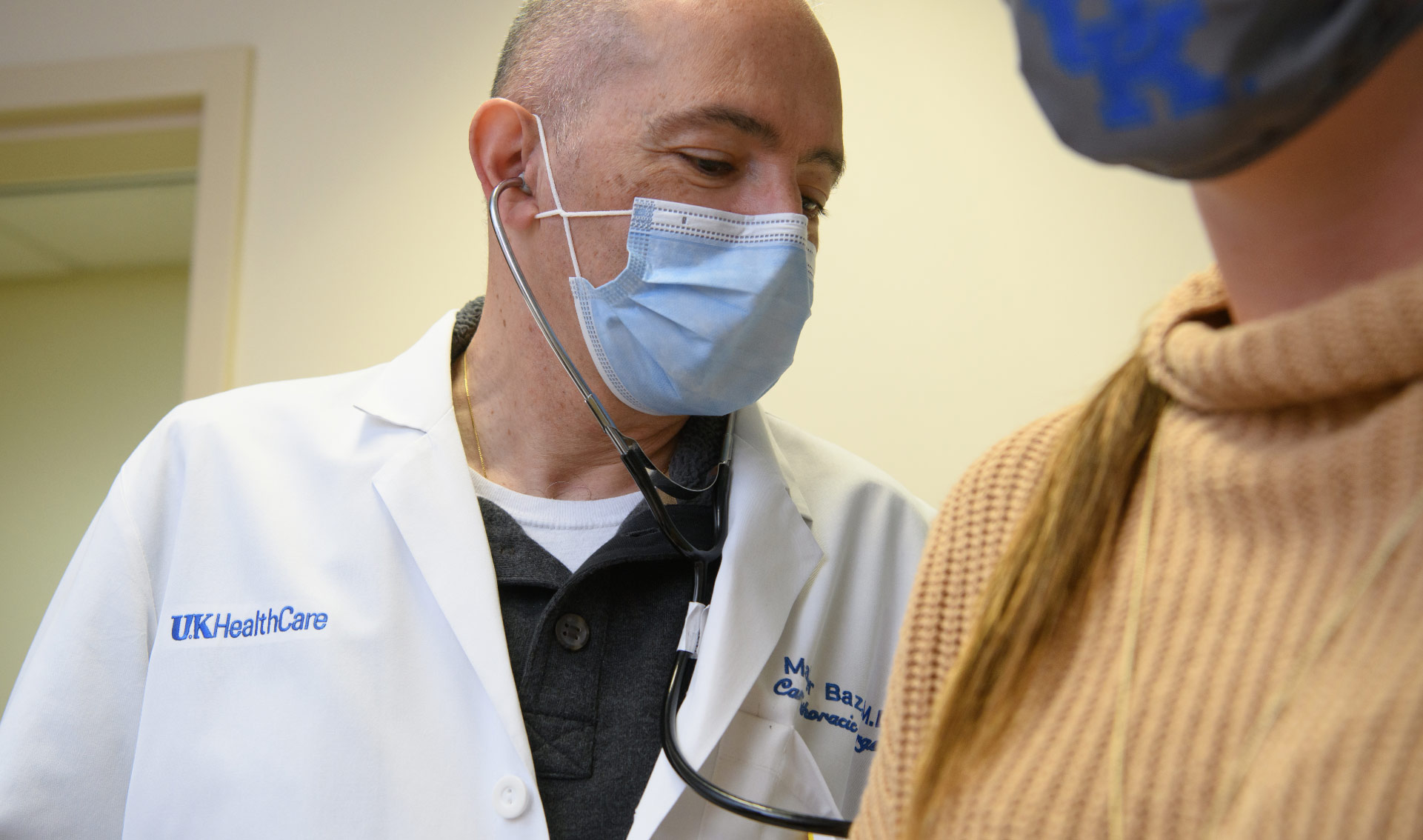 “I chose the field of medicine to help people and to alleviate suffering,” said Dr. Baz.

In February of 2016, she was placed on the transplant waiting list. Less than two months later, on April 19, 2016, Mae got the call that she had been waiting for—her new lungs and her new life were waiting for her. She underwent lung transplant surgery at UK HealthCare’s Transplant Center the very next day. The lung transplant process is reserved for patients who have failed all medical and surgical options, and have a projected survival of two years or less without lung transplantation. The procedure can last anywhere from six to twelve hours, followed by several days of recovery in the ICU while a ventilator helps the patient to breathe again. Mae came through it with flying colors, supported by her sons, Kenneth and Scotty, who stayed by her side throughout her pre-op work and her recovery at the hospital. 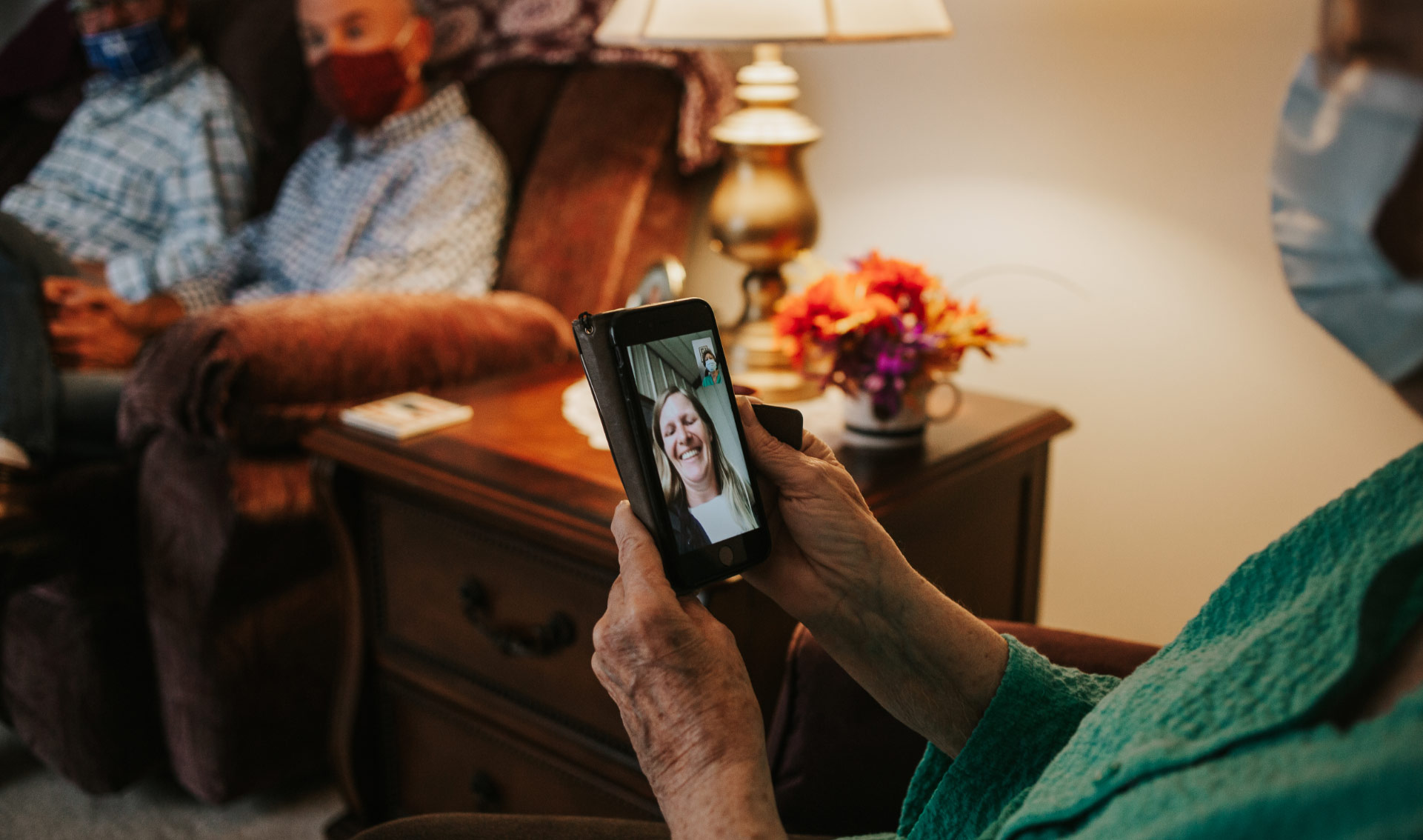 COVID-19 may have interrupted Mae’s adjustment back into her everyday life, but she still makes time to connect with her family.

“As far as my lung transplant, I’m doing really well. I never thought I would be able to meet my great-grandchildren—it makes me feel so fortunate and so grateful, that I’m still alive right now. Within the last couple of years, I’ve made new friends, been able to get out and go places and visit, and get back to taking my annual vacation with my granddaughter.”

It’s been four years since Mae’s transplant, and she hasn’t had a single problem with her new lungs. Free from the restriction of an oxygen tank, she’s able to do all the things she loves: playing cards, visiting friends, resuming her regular trips with her granddaughter, enjoying time with her family, trying new hobbies like quilting, and planning weekend trips to the Smoky Mountains. Without her new lungs, none of it would be possible. 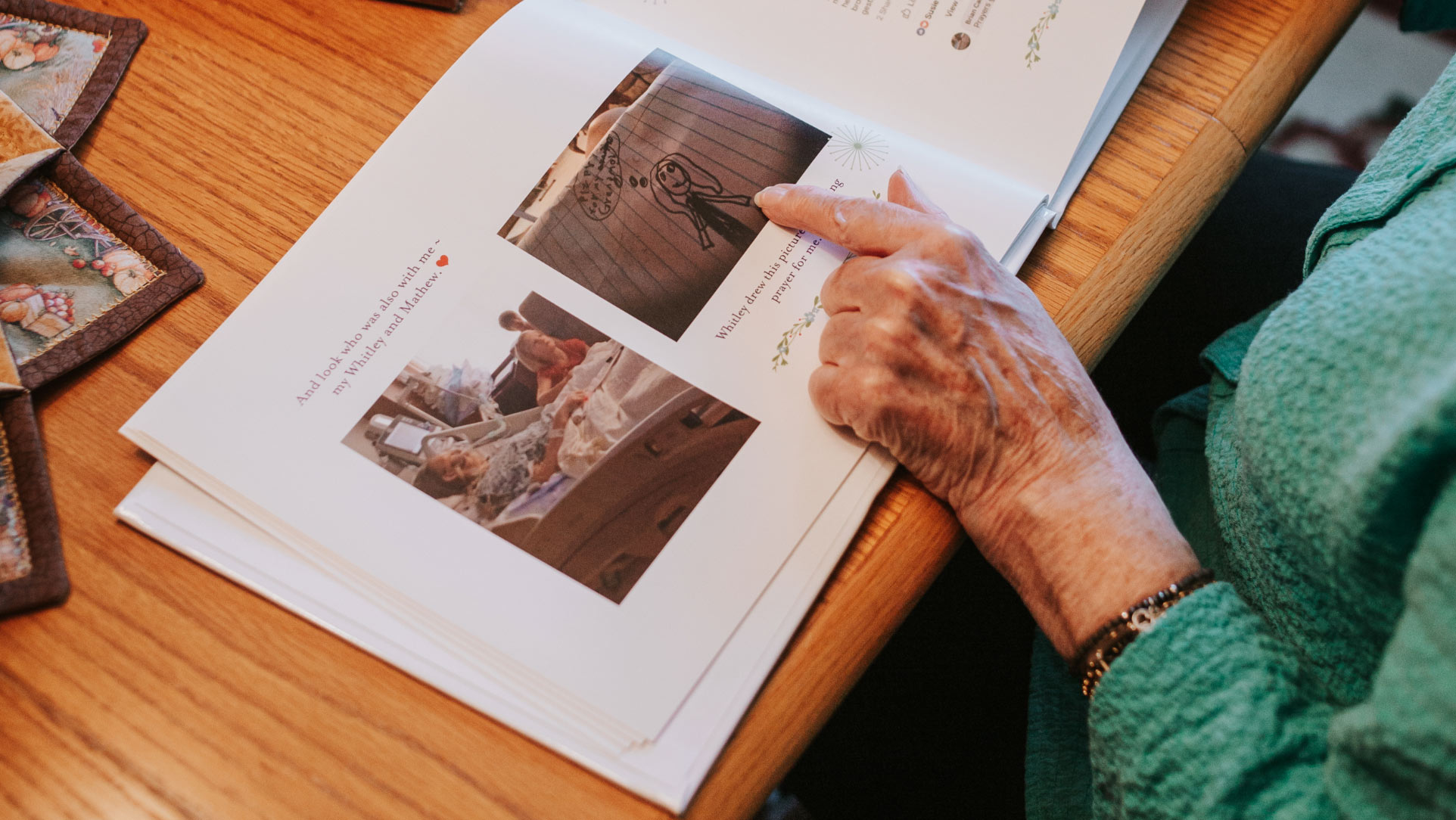 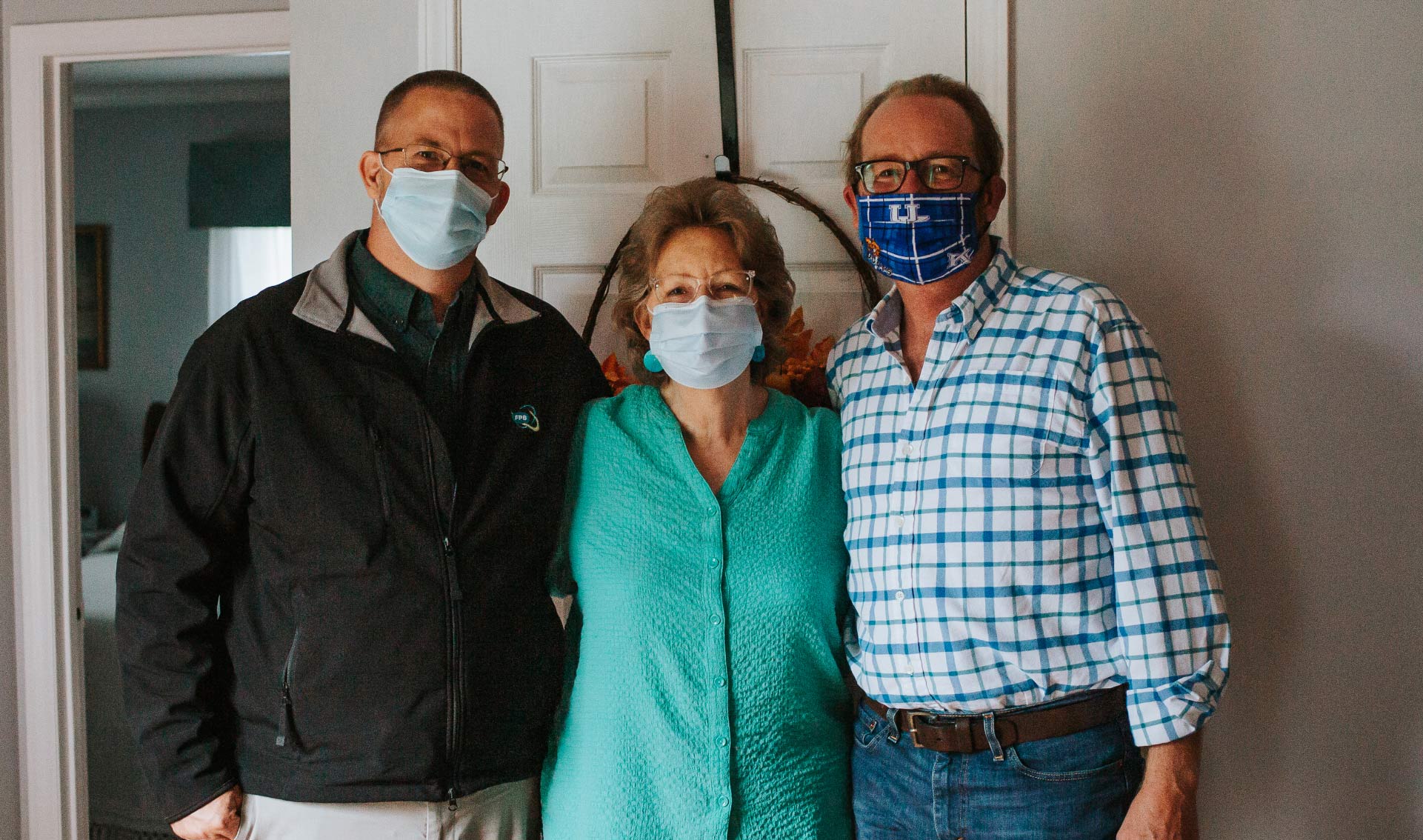 “You've got somebody to thank for being able to live here now."

READ MORE
“I needed to do this for my family.”2021-01-222021-01-22https://proof.ukhealthcare.com/wp-content/uploads/2019/04/ukhc-logo-white.pngWe Are Proof | UK HealthCarehttps://proof.ukhealthcare.com/wp-content/uploads/2021/01/mae-lewis-featured.jpg200px200px
Contact
Follow Us
© University of Kentucky, Lexington, Kentucky, USA | An Equal Opportunity University | Interpreter Services | Notice of Non-Discrimination | Sitemap | Privacy Policy

“Lord, please send me a kidney.”Transplant