“He was eight months when he was diagnosed with neurofibromatosis,” said Krystena Richards. “After that, we knew within about six weeks that he had mitochondrial disorder when he was born, because we knew what to look for and labs to send out for. For him, the mitochondrial disease is the most problematic and causes frequent hospitalizations.” 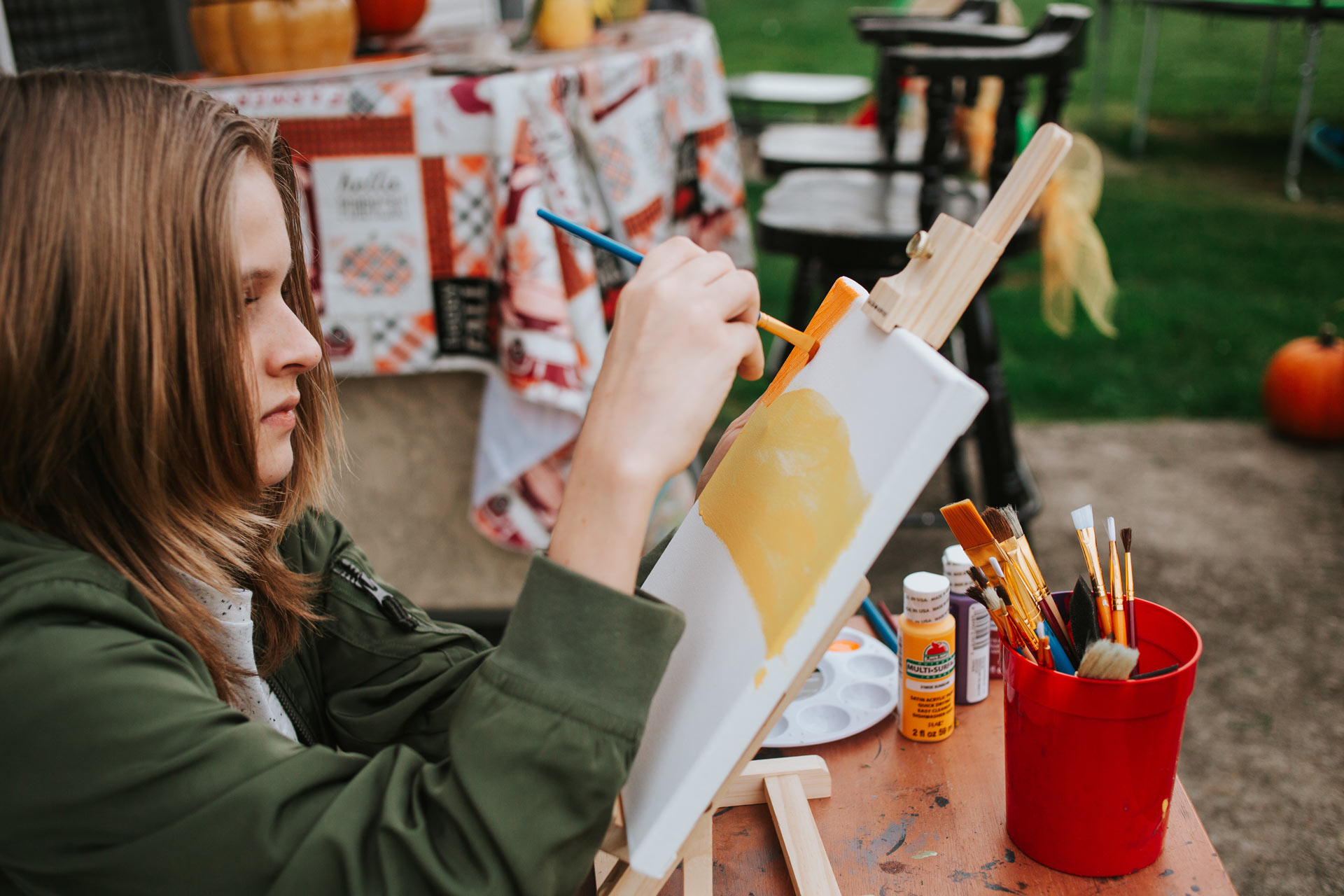 Evan is always trying to learn something new.

Evan Richards is a passionate kid. He loves creating and editing videos on his computer. He’s a talented piano player. He loves to spend time with his siblings—all six of them, as he says, despite two of them being his beloved dogs. He’s a jokester, and he loves any chance to make others laugh. At a glance, you’d never know that Evan has two chronic genetic conditions that have complicated his life and his health since he was a baby. 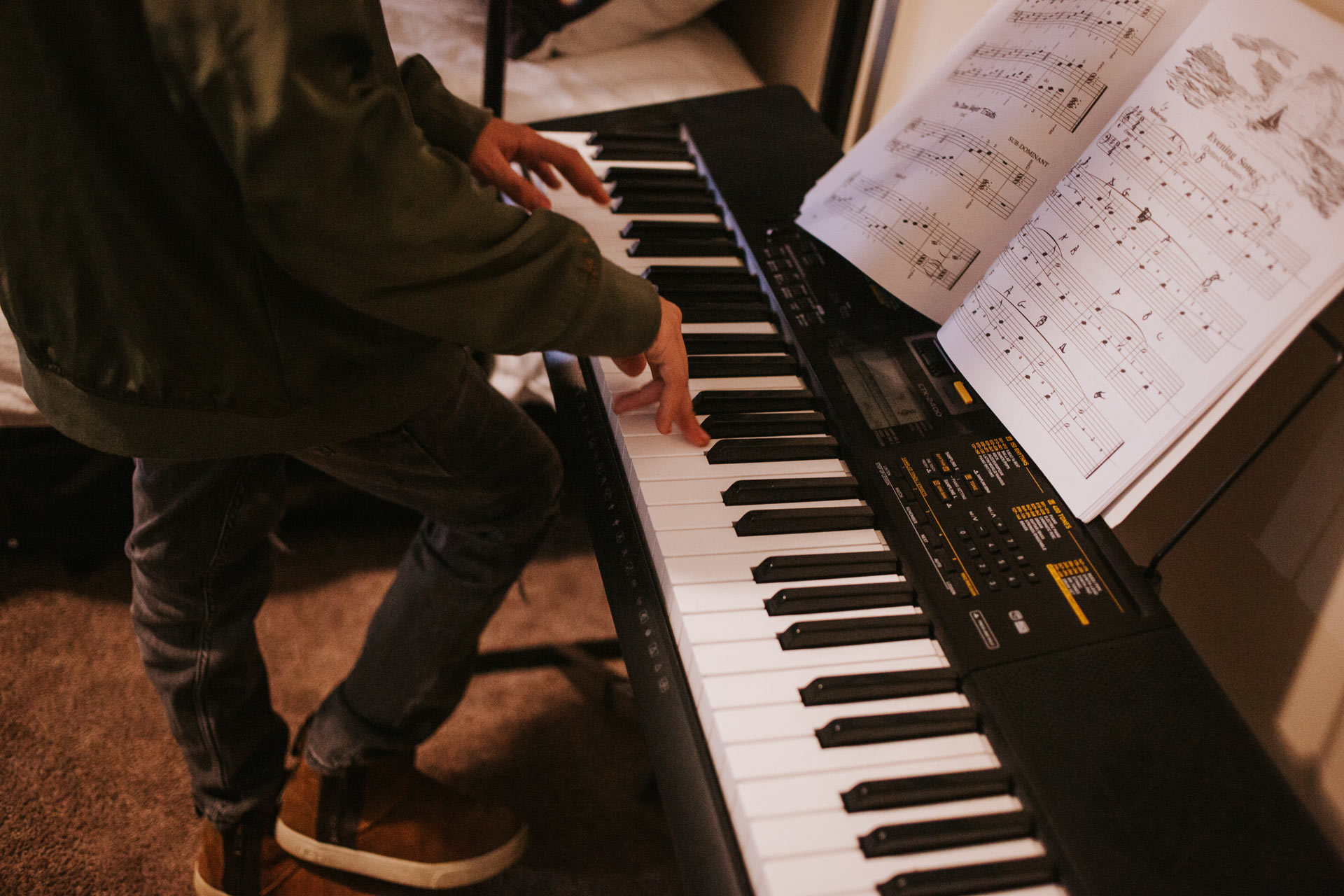 Among Evan’s other hobbies, he’s been learning the piano.

“Neurofibromatosis by itself isn’t really that rare—about 1 in 3,000 people worldwide have it,” said Dr. Erich Maul, Chief of Hospital Pediatrics at UK HealthCare’s Kentucky Children’s Hospital. “Generally, it’s a genetic problem where they have tumors that can develop in bones, in their brains, and in peripheral nerves. The mitochondrial disorders, they’re kind of a Pandora’s box. There’s a lot of different ways that these kids can present. It can cause all sorts of things from stunted growth, seizures, visual problems, hearing problems, and behavioral problems.” 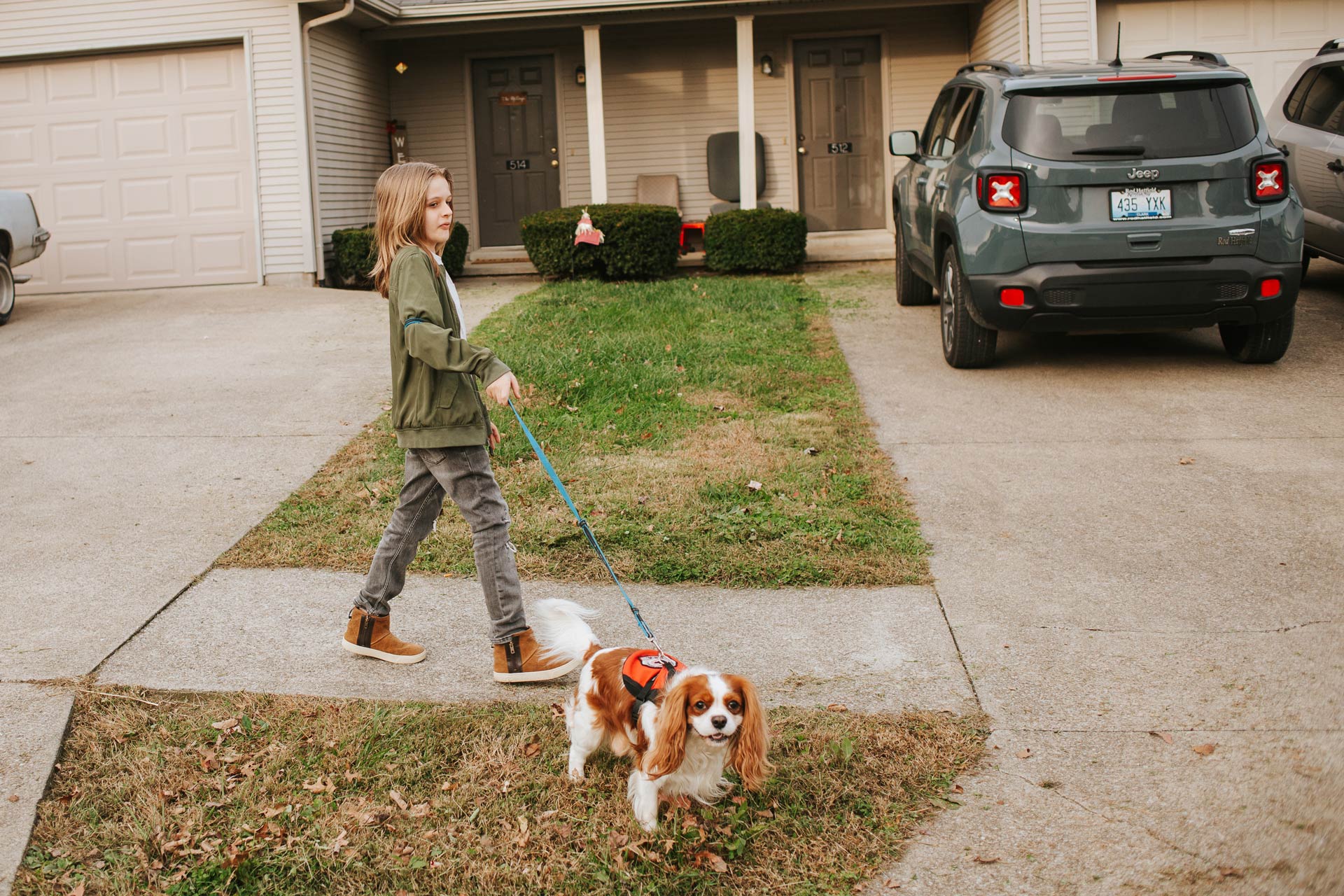 “When people ask ‘How many brothers and sisters do you have?’ He says ‘Six.’ I'm like, ‘Evan. Two of those are dogs.’”

It’s hard to know how Evan’s conditions will affect him on any given day. Some days, his muscles are strong and he has the energy to play, go to school, and goof around with his siblings. Other days, he’s weak, and something as small as the common cold can put him in the hospital. 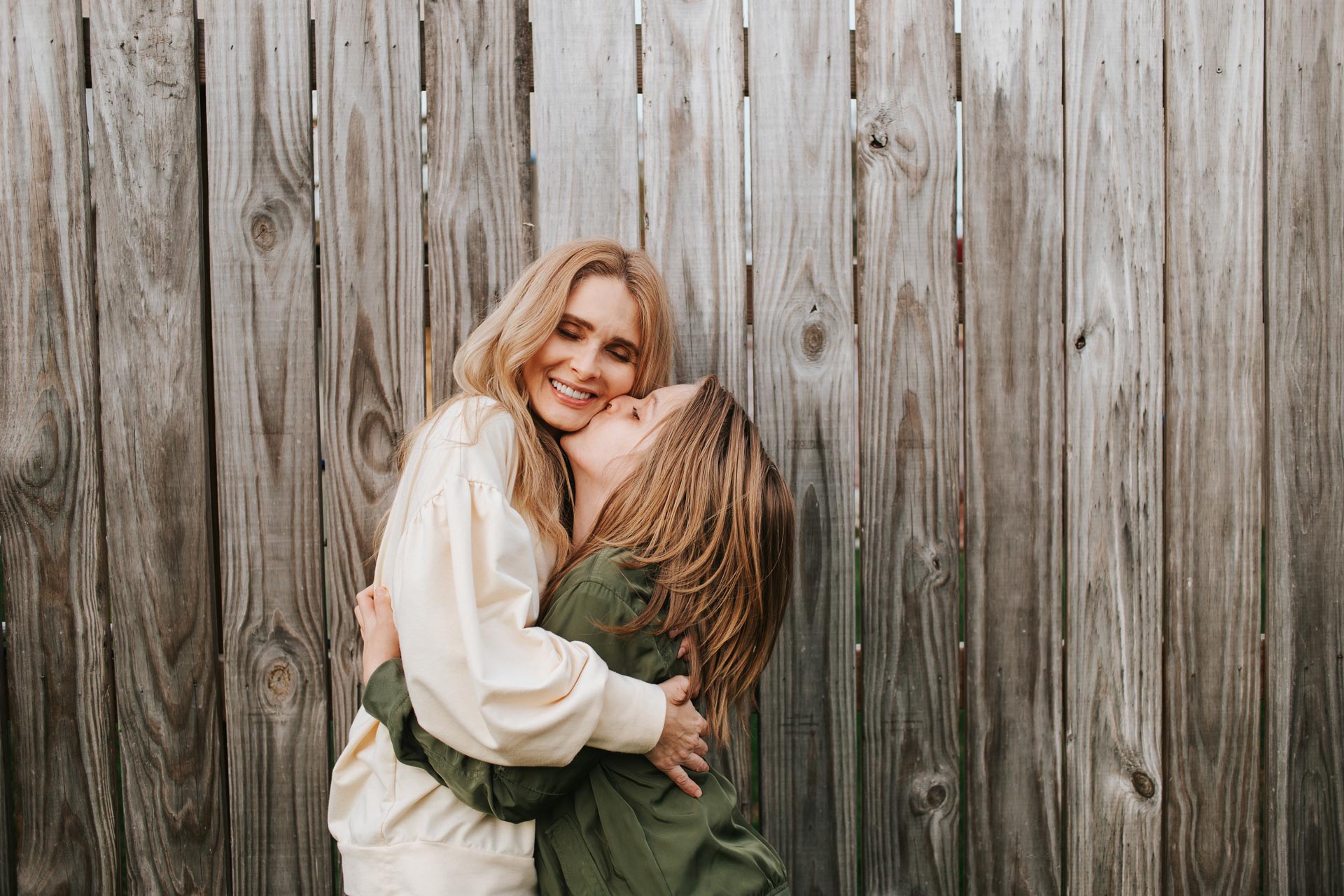 “We’re trying to do the best we can with what we know,” said Dr. Maul. “When we don’t know, we have to go out to other sources, whether that be colleagues or other institutions. We’re hitting the literature and the textbooks, and we’re trying to understand what are some of the possible solutions to the problem we have in front of us. You talk it over with the parents, you weigh the pluses and the minuses, and what are the benefits and the risks. With the help of our colleagues in Philadelphia our goal collaboratively is to be able to find something new that’s going to wind up working for Evan.”

The past year has been especially hard for Evan—his energy levels have been low and his muscles are weaker than normal, making it difficult for him to walk. As Evan approaches puberty, his changing hormones may be affecting his genetic conditions. It means Evan and his family are relying even more on their proximity to the team at Kentucky Children’s Hospital to keep Evan as healthy as possible. 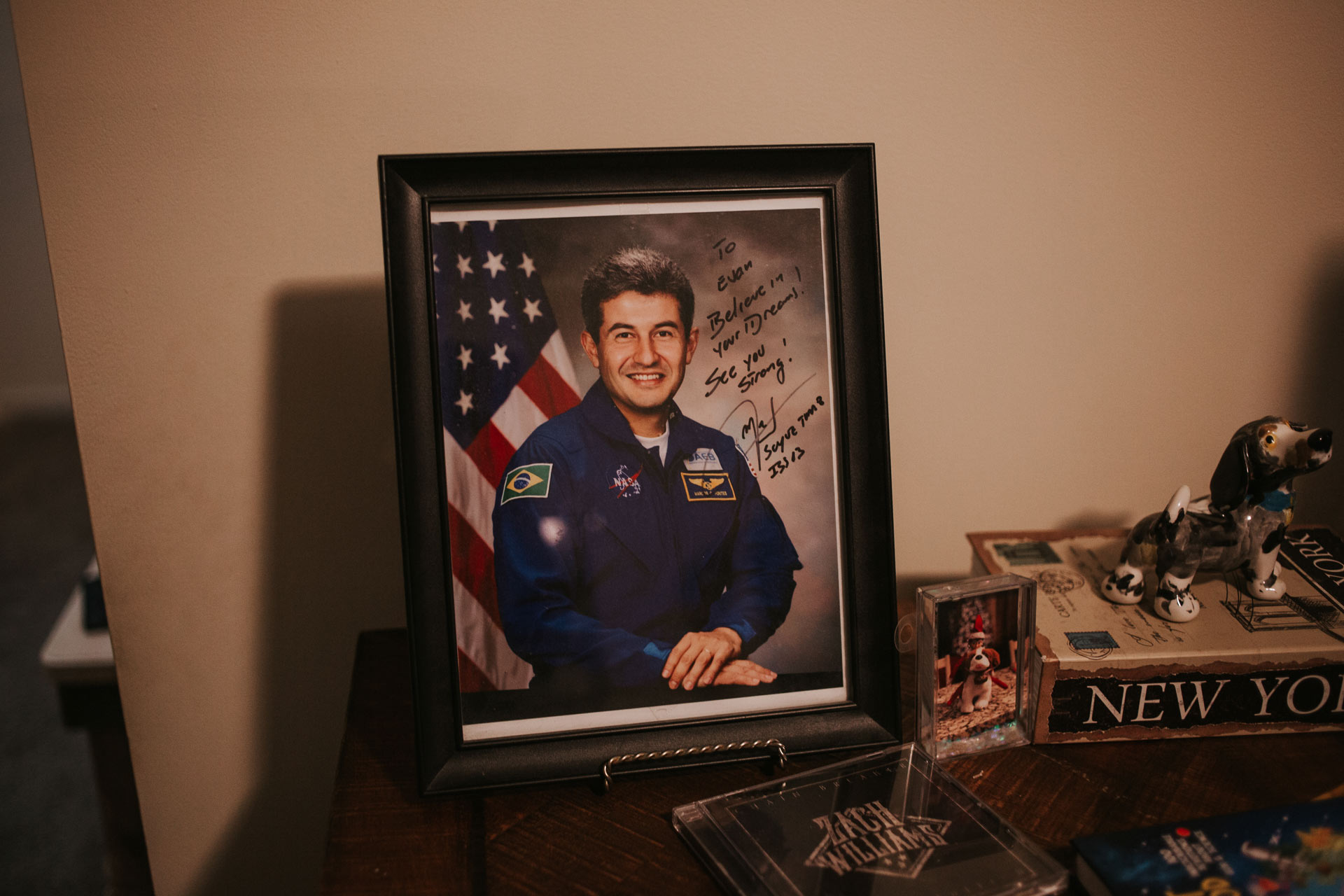 “I hope he grows up and has his own family and gets his dream job.”

“It’s been such a relief to be at Kentucky Children’s Hospital,” Krystena said. “It’s not only closer to home, but it’s one of the best children’s hospitals in the country. There is no other place that could offer what feels like home. They always let us know when they plan on talking to Evan’s doctors in Philadelphia, and ask if I have any questions or concerns to pass along. When we are at Kentucky Children’s Hospital, I can just be his mom. I don’t have to spend my time advocating, which is, honestly, not an uncommon thing for parents to have to do when dealing with a rare disease. We have been inpatient at three world-renowned hospitals. The standard of care we have received at UK HealthCare has been remarkable and they’re our first line choice for inpatient care. How fortunate are we to have so many people coming together across the country for our son. We are blessed.” 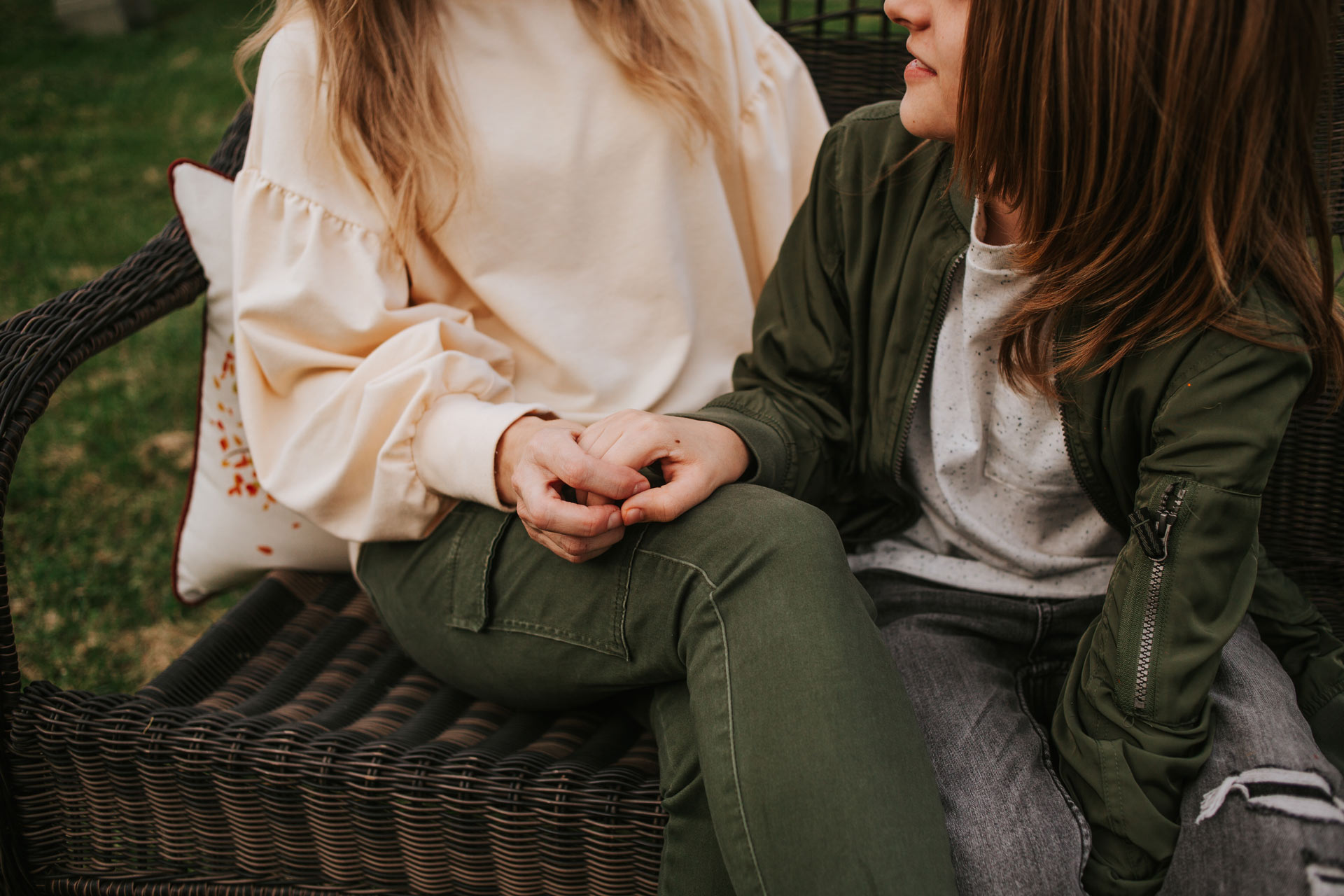 “There is no other place that could offer what feels like home.”

While Evan’s conditions mean more than a few unknowns for his future, he’s making his corner of the world better every chance he gets. After seeing other children go through chemotherapy, he’s growing his hair out to donate to Locks of Love. And he’s collected dozens of suitcases to donate to foster children, who often don’t have anything more than a trash bag to carry their belongings. When he hears about a problem, he wants to solve it.

“I think a lot of his empathy and gentleness has come from what he’s been through,” said Krystena. “I think a lot of kids with chronic illness feel like they may be the only one who’s suffering. But it helps him to know that there’s other kids who are suffering too, though it might be in a different way. And I know that he felt so good about being able to help those kids.” 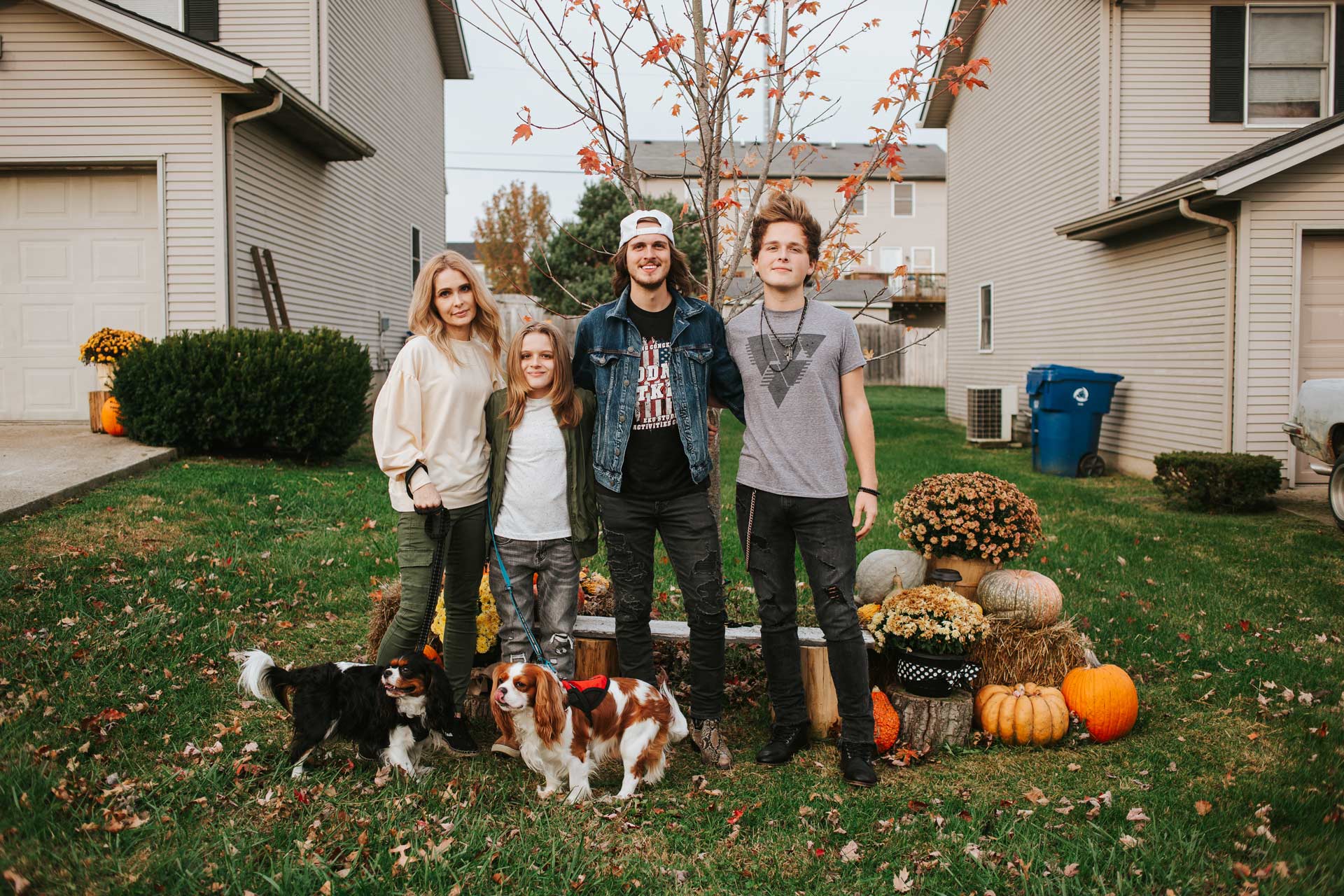 “The days that I can see him laugh, I know we're moving in the right direction.”

“I needed to do this for my family.”Moms, Transplant