“Whether we want to admit it or not, for athletes—especially in the Division I level—it’s almost like your athletic ability becomes your identity. I felt like I lost my identity because I lost the ability to play basketball, at least for those two years.” 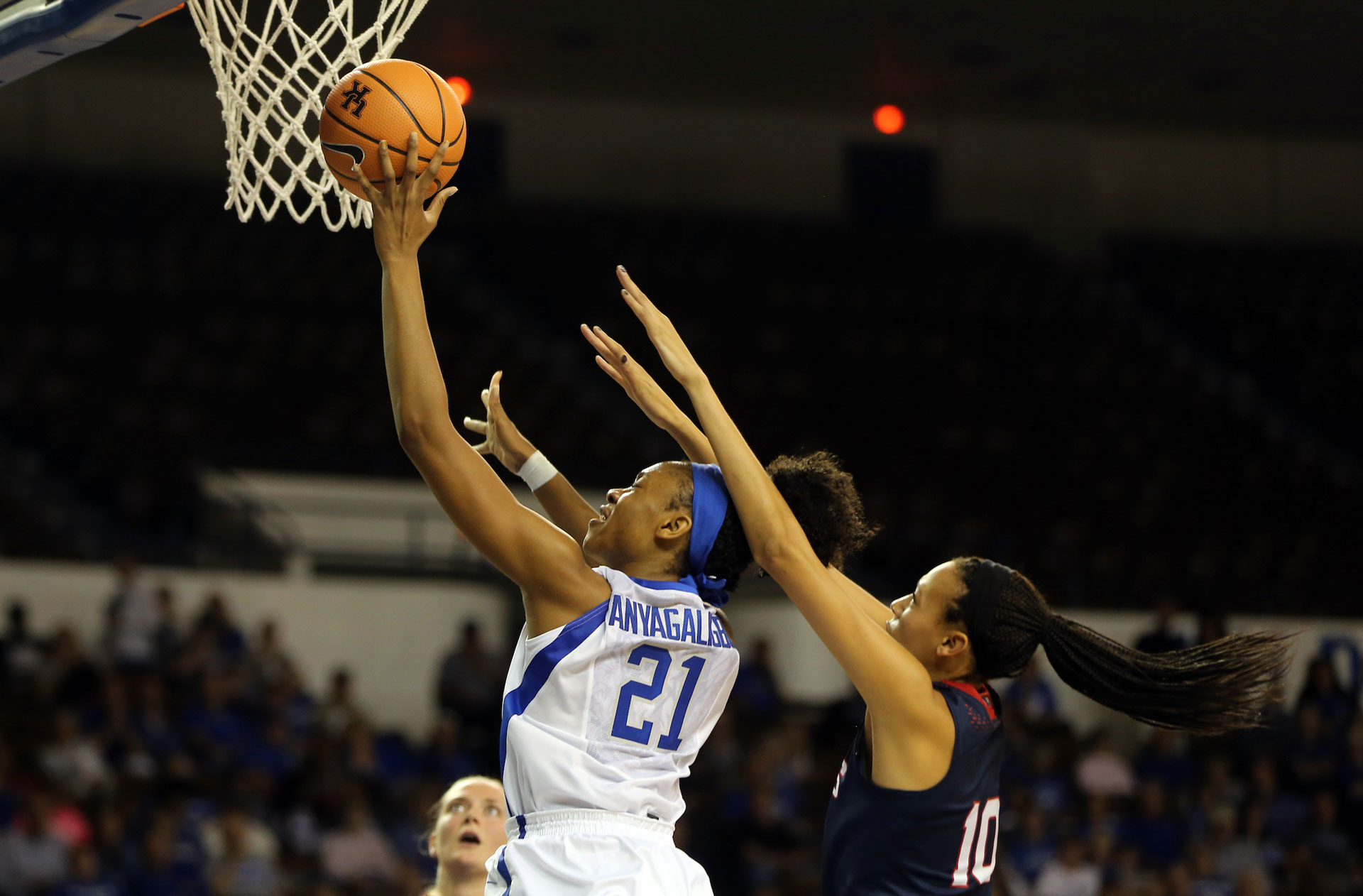 “I was hit really hard by my injury because I already lost a year for transferring, so I had to do the redshirt transfer year.”

When Ogechi Anyagaligbo tore her ACL during an exhibition game against Southern Indiana in November 2017, it felt like the end of the world. After being named the America East Conference’s Rookie of the Year and transferring to UK, she had to sit out the previous season due to transfer rules. But before her debut season with the Wildcats officially began, she was out with a season-ending injury. 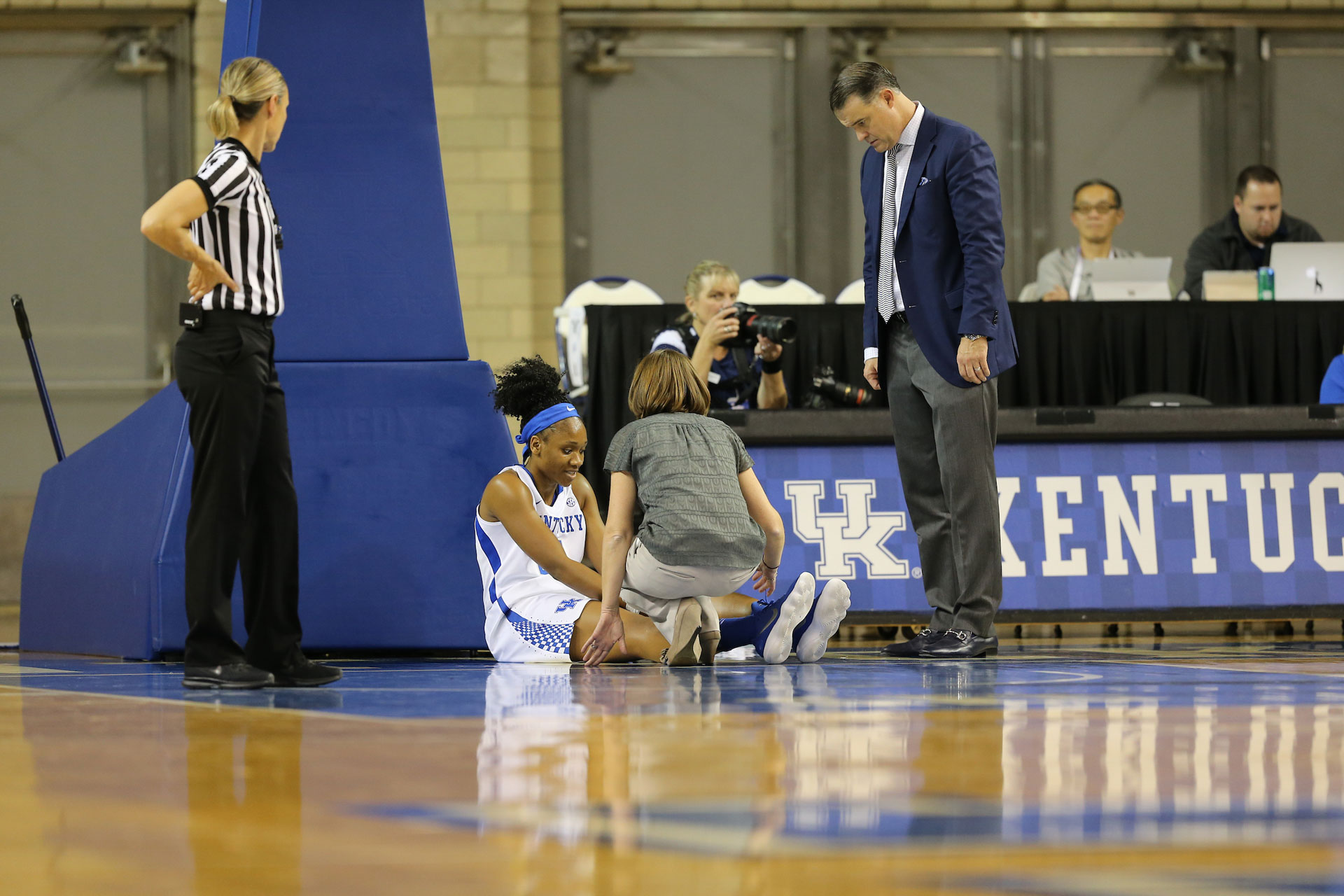 “I just felt my knee buckle. I sat down and slid myself off the court.”

“There were times when I wanted to give up,” said Ogechi. “I didn’t cry when I tore my ACL—I cried when [Senior Athletic Trainer] Courtney Jones told me, ‘You tore your ACL.’ It hurt because of the realization that I was losing at least six months of my career.” 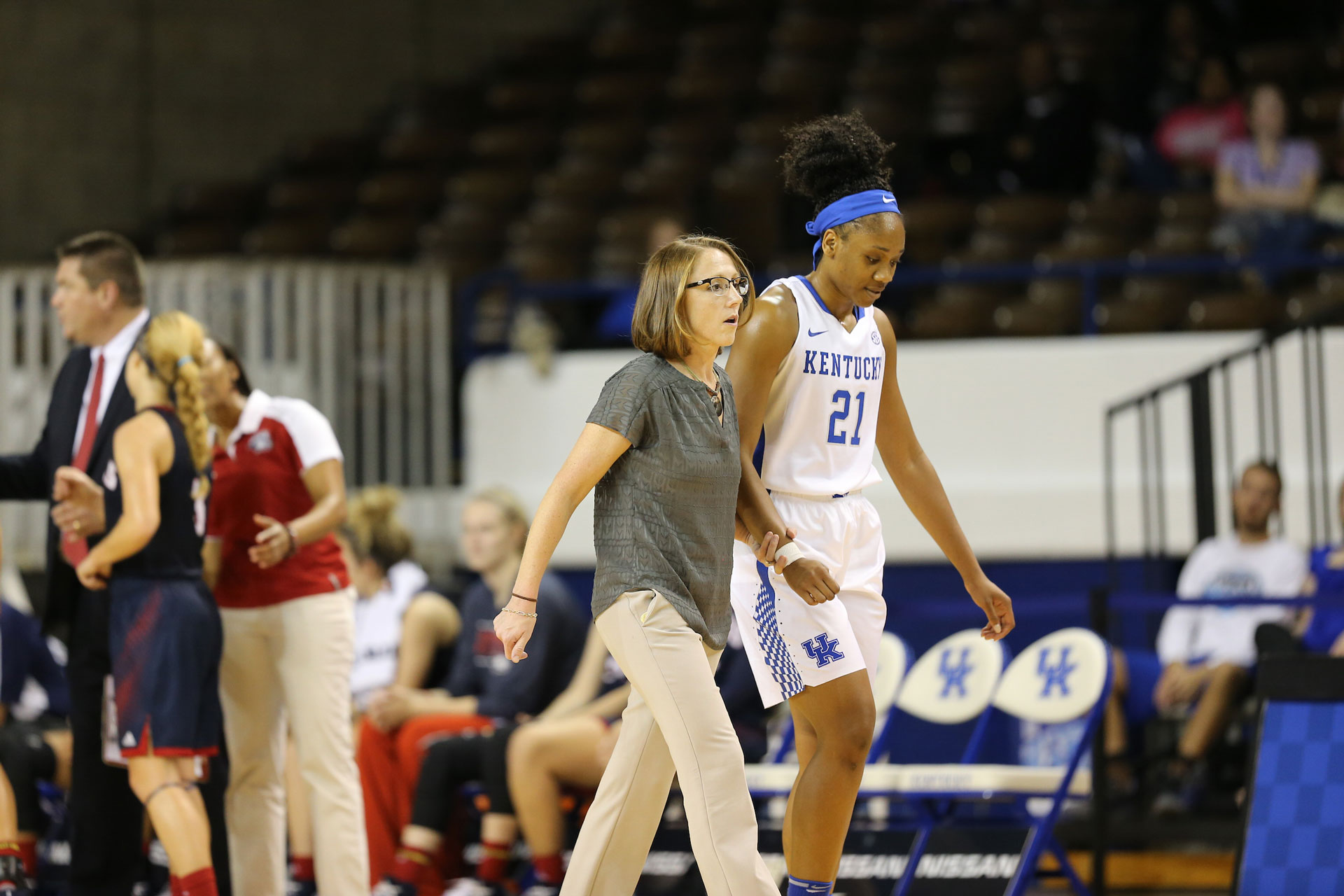 Ogechi’s ACL tear was her first ever in-game injury. It took her out of the game for months.

But Ogechi didn’t give up. A biology major and honor roll student with aspirations of becoming a doctor, she took her own injury as an opportunity to learn more about the process of surgery and rehab firsthand. She started doing pre-operative rehab work, then underwent surgery to reconstruct her ACL. That surgery was performed by Dr. Scott Mair, a Sports Medicine surgeon at UK HealthCare Orthopaedic Surgery & Sports Medicine and the team physician for UK Basketball. 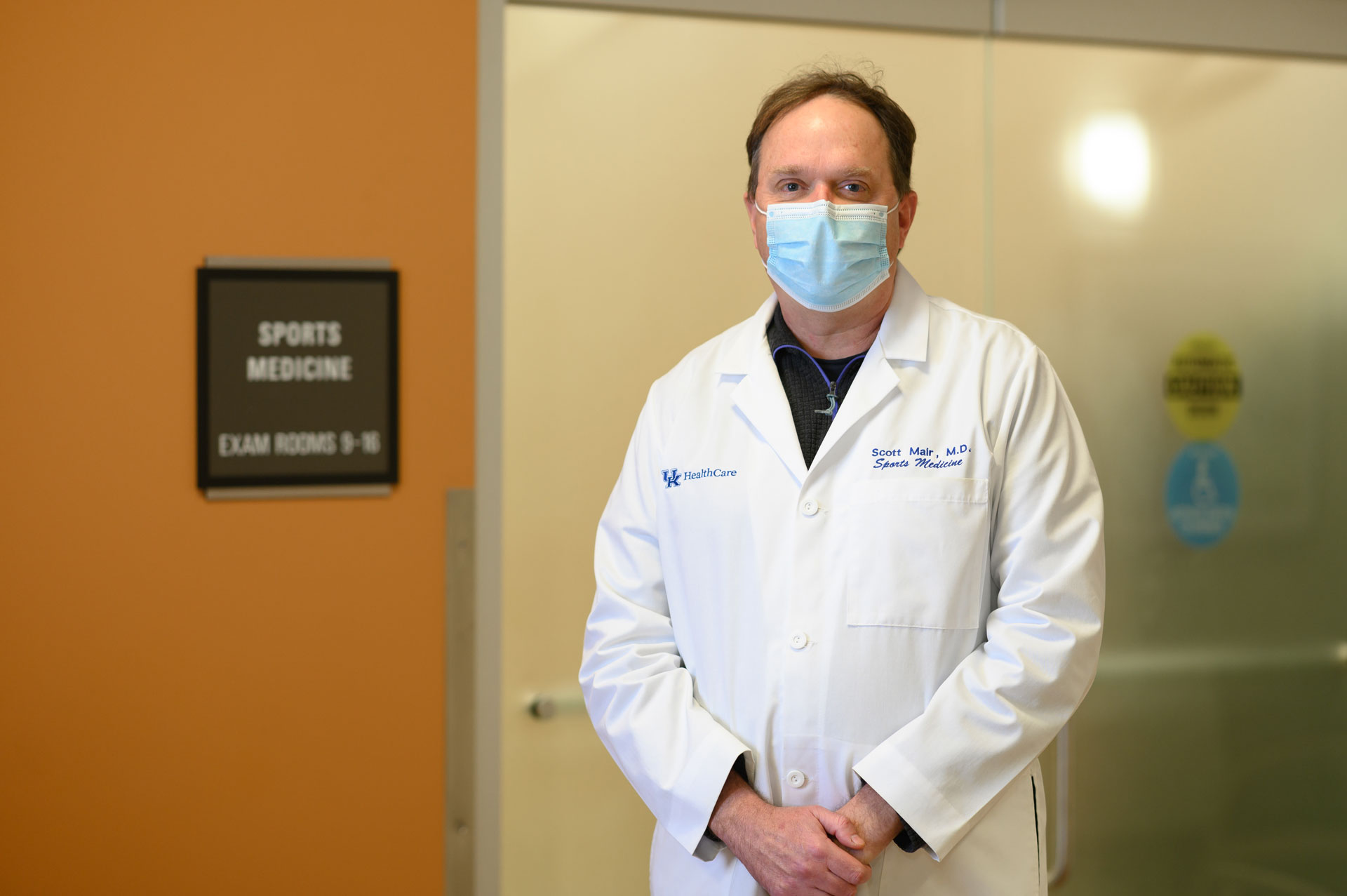 “Shout out to Dr. Mair—he’s just a great man. I appreciate his team and everything they’ve done for me.”

After surgery came more rehab: the long, slow process of rebuilding strength in Ogechi’s knee and leg. It wasn’t easy, but the process—and the forced downtime it involved—helped Ogechi reevaluate her priorities and discover new aspects of her identity, outside of her jersey and off the court. 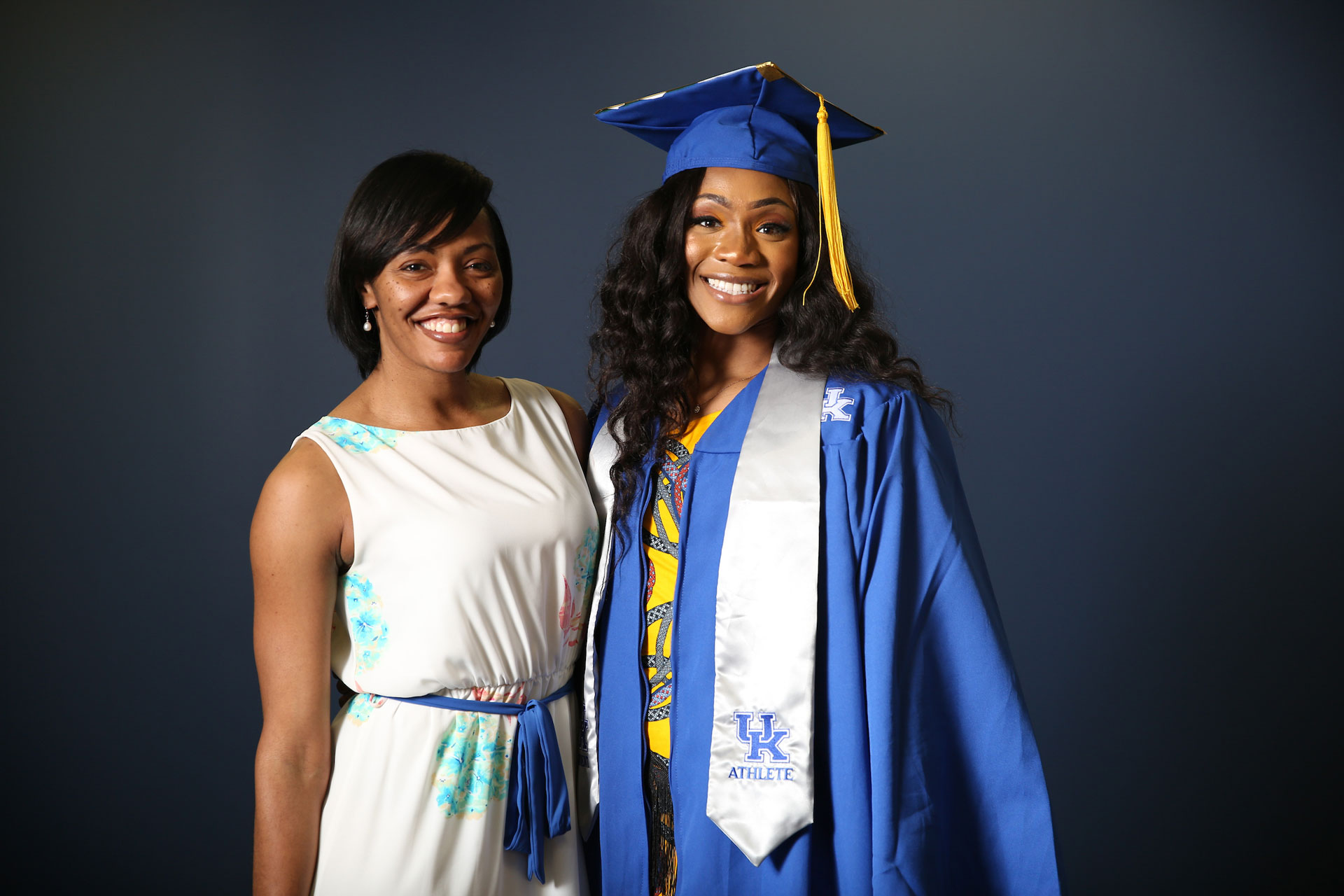 Ogechi is finishing her Master’s degree and getting ready to apply to medical school.

For Ogechi, those things involved her passion for medicine. She spent the summer after her injury shadowing Dr. Mair at the sports medicine clinic, learning the ins and outs of orthopaedic medicine. She also joined a cardiology lab and an independent research lab, putting in 20 hours of research a week and eventually publishing a paper on her work. 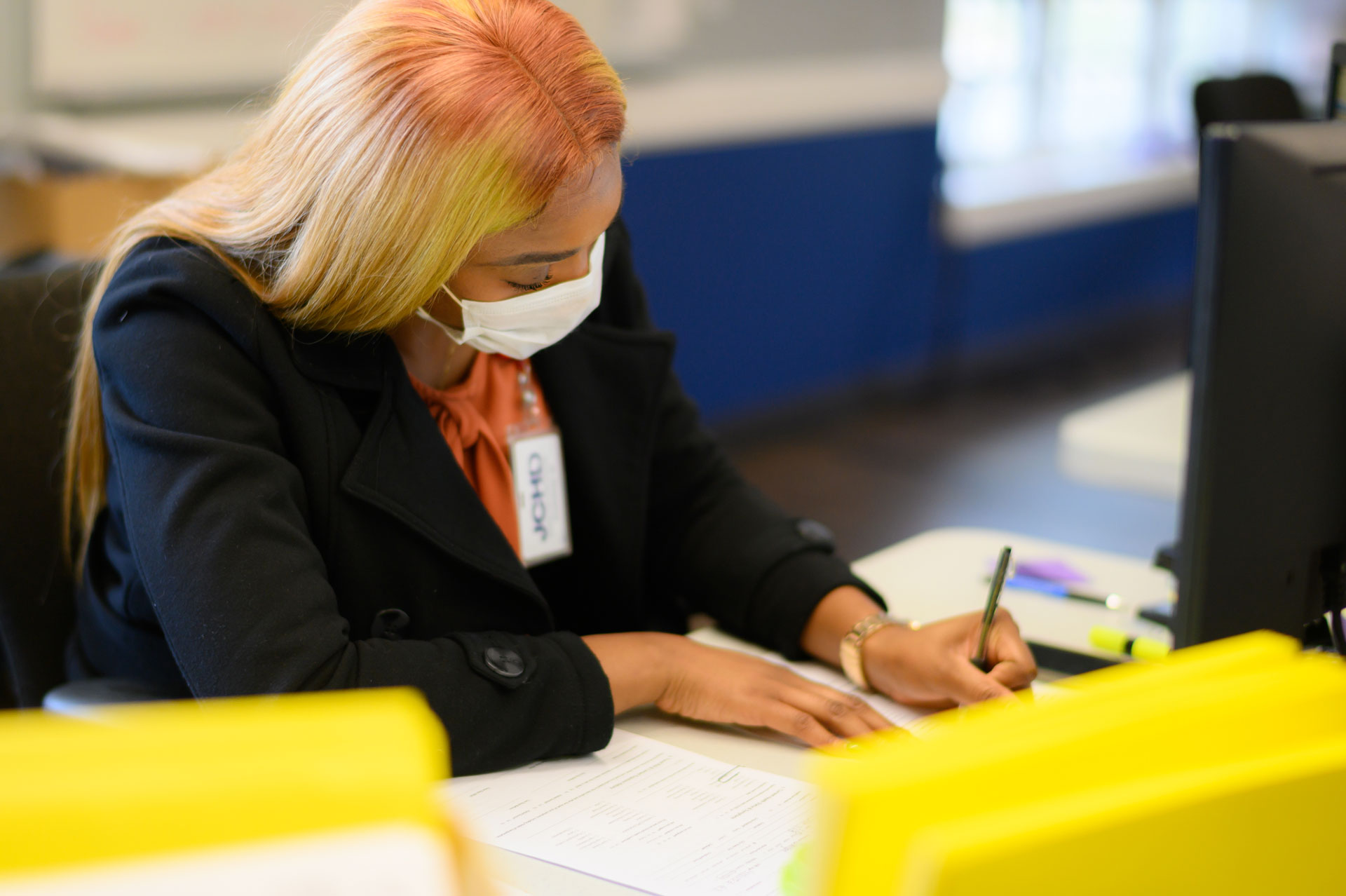 And day in and day out, Ogechi continued her own rehab, growing stronger and repairing the damage to her leg. Senior Athletic Trainer Courtney Jones and Assistant Coach Amber Smith—who’s undergone two ACL reconstructions herself—were there to push her forward and cheer her on, recording her milestones and reminding her of how much progress she was making.

“I just admire her so much, because it’s been a true uphill battle for her,” said Coach Smith. “She has finished strong, and she just never stopped. An ACL injury, if you can get through it better mentally, then the physical piece is going to come. If you can get over that mental roadblock, that you are going to be so much better than coming into it. She did a great job.” 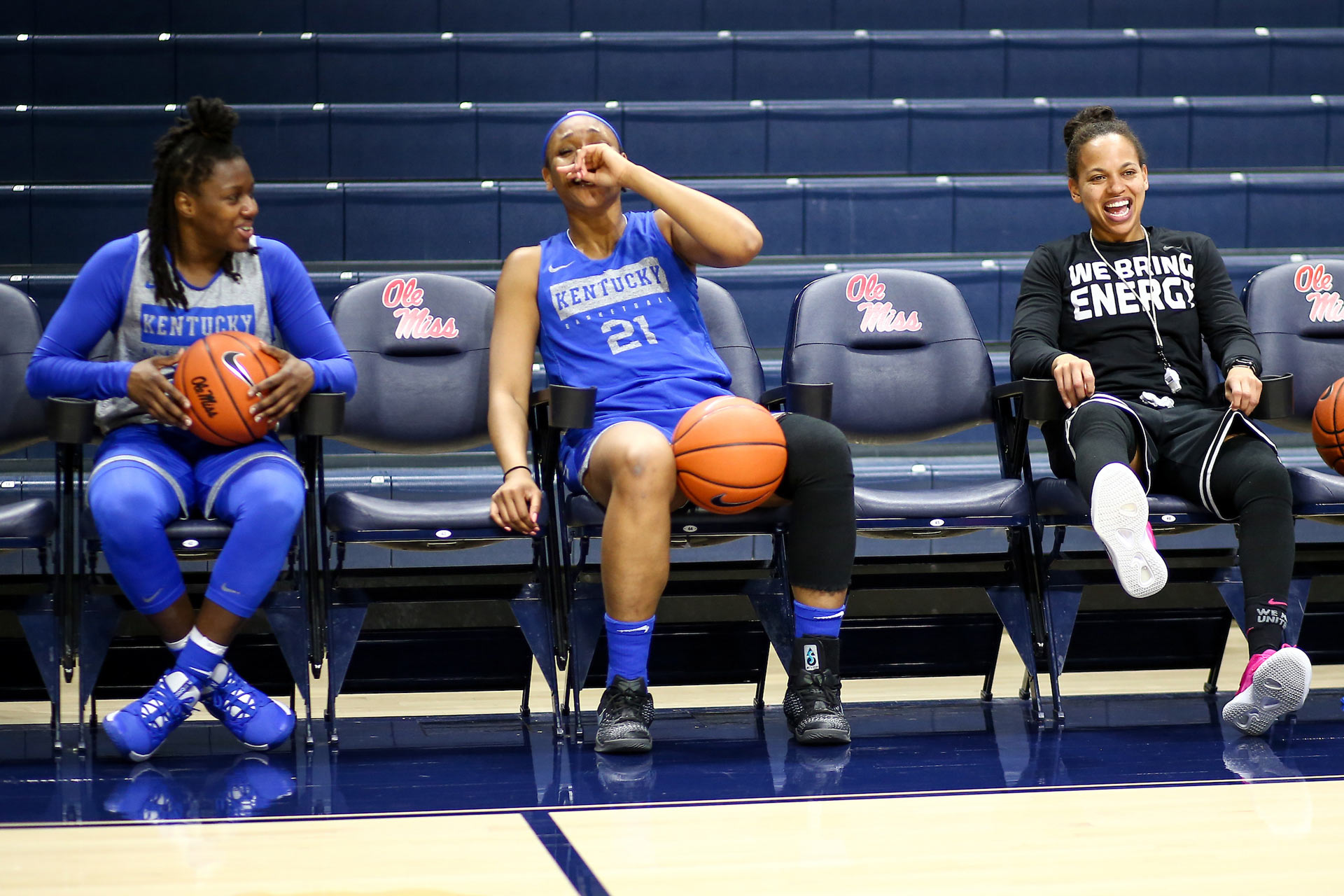 “I got closer to some of my teammates and two of my coaches who had also torn their ACLs. They helped me through this process.”

After months of work, both physical and mental, Ogechi was able to rejoin her teammates on the court, playing two more seasons for the Wildcats and finishing her basketball career strong. 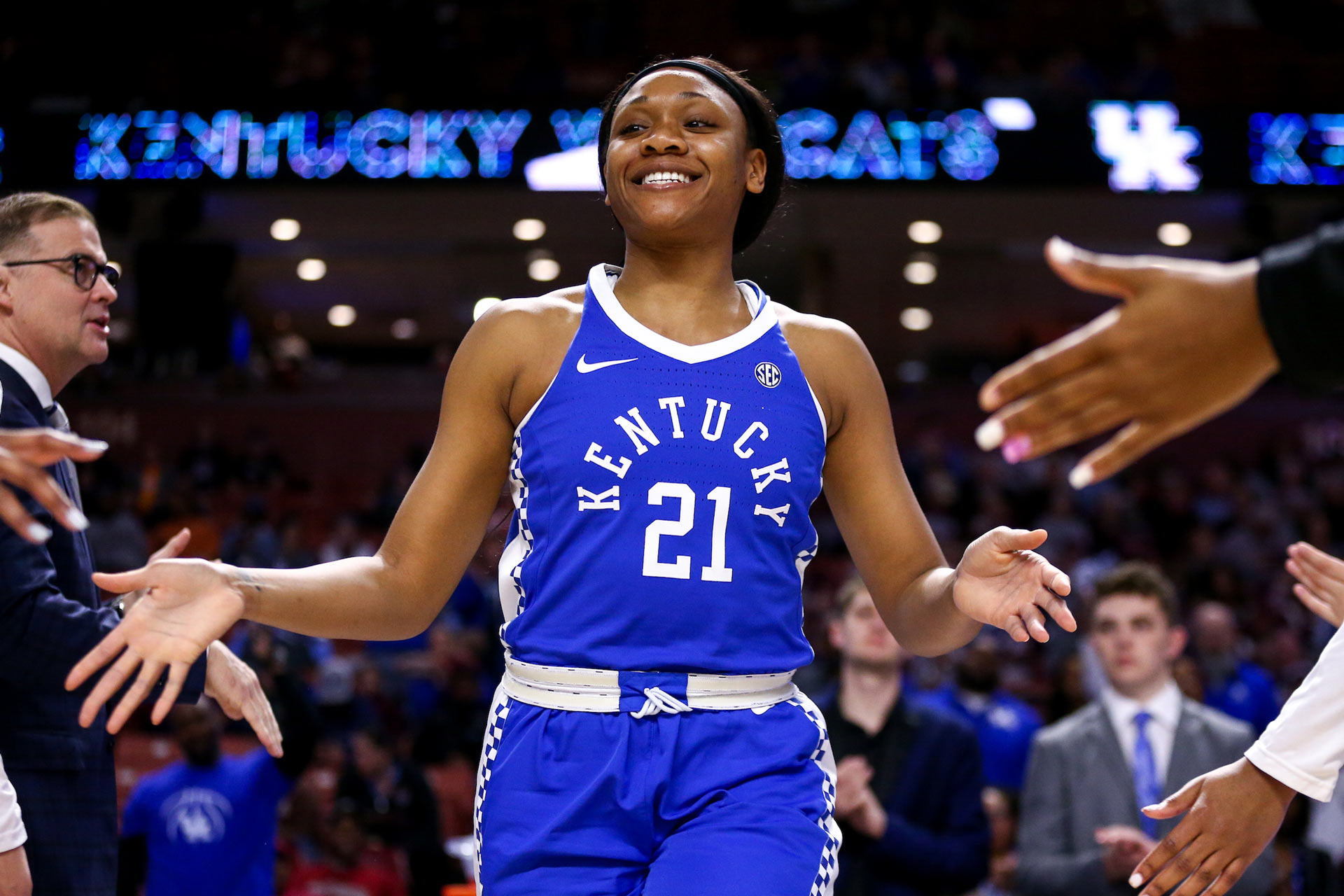 “I was really afraid to get back into playing. And then it just went away when I got back on the court.”

Now she’s looking ahead to what’s next: finishing her Master’s degree, applying for medical school, and becoming a doctor. She’s still deciding between being a cardiovascular surgeon and an anesthesiologist—two high-powered paths that might intimidate someone with less determination. But not Ogechi.

“Ogechi is the type of patient a sports medicine doctor loves to have,” said Dr. Mair. “She is supremely motivated and took an active role in her post-op rehab, asking appropriate questions and always wanting to know what she needed to work on. Also, she promised to fix my heart when I’m old and she finishes her medical training.” 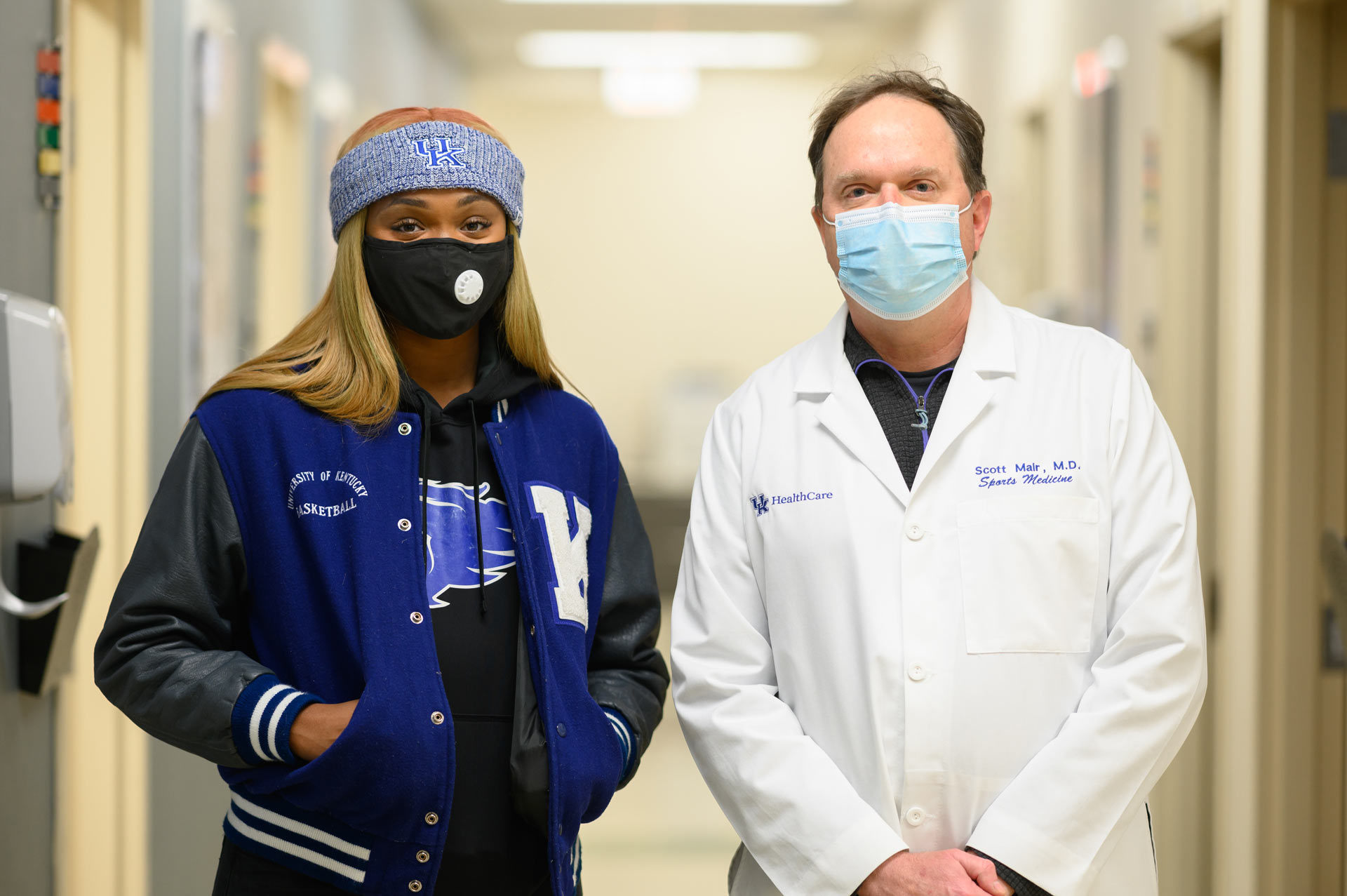 “Not only did Dr. Mair help me with my rehab, but he actually helped me understand why we were doing what we were doing.”

“I did enjoy the process, looking back at it,” said Ogechi. “I’m not going to lie. It was hard, but it made me who I am today. It was nothing but perseverance. It made me take school more seriously. And I found out there were things I could do outside of basketball.” 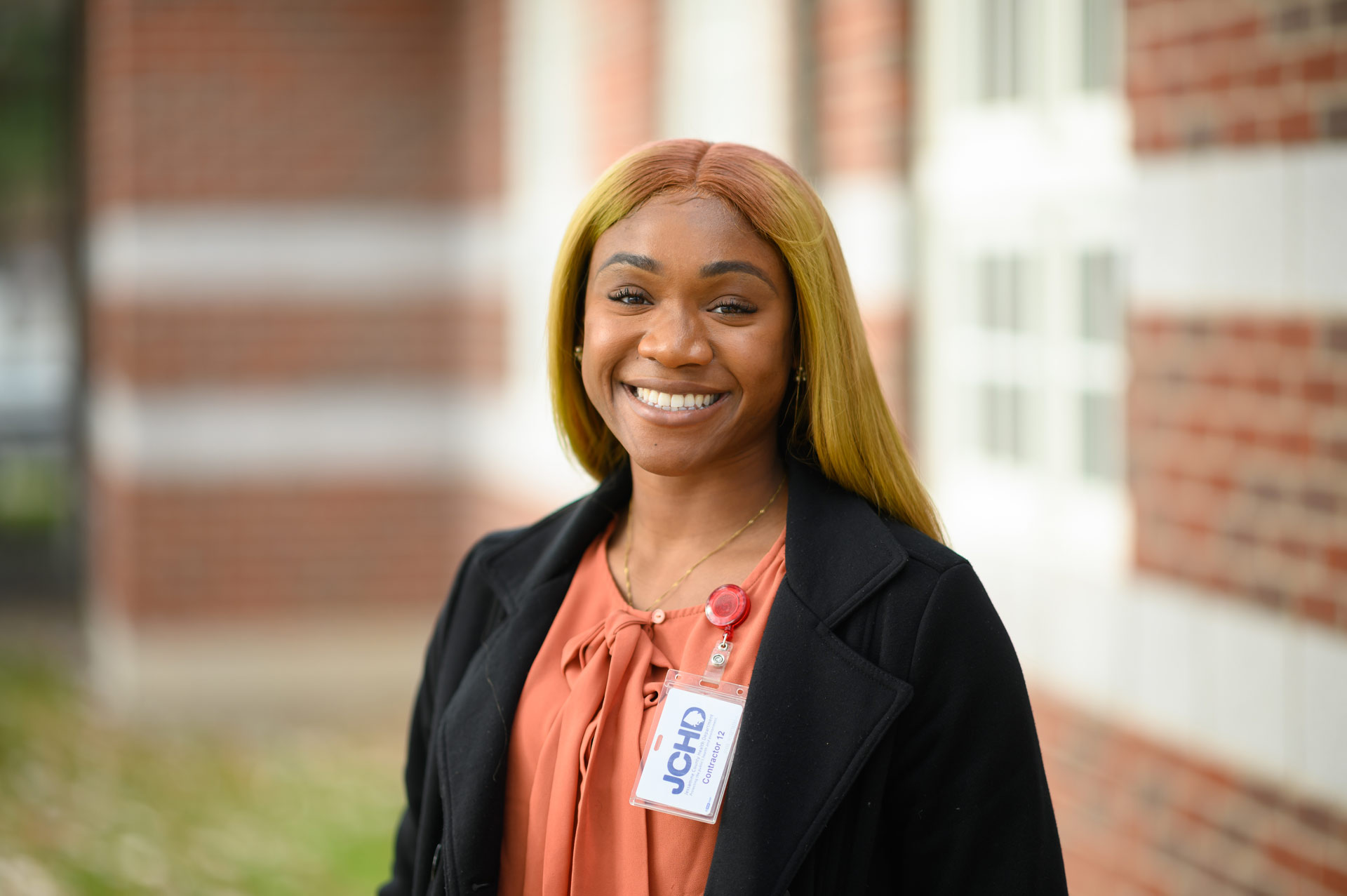 “There are things that I've done that I wouldn’t have even considered while I was playing basketball.”