“She doesn’t let anything hold her back.”

“When she was born, she was tangled in her twin sister’s cord, and had her own cord wrapped around her neck twice. She was only one pound, nine ounces and 11.9 inches long.” 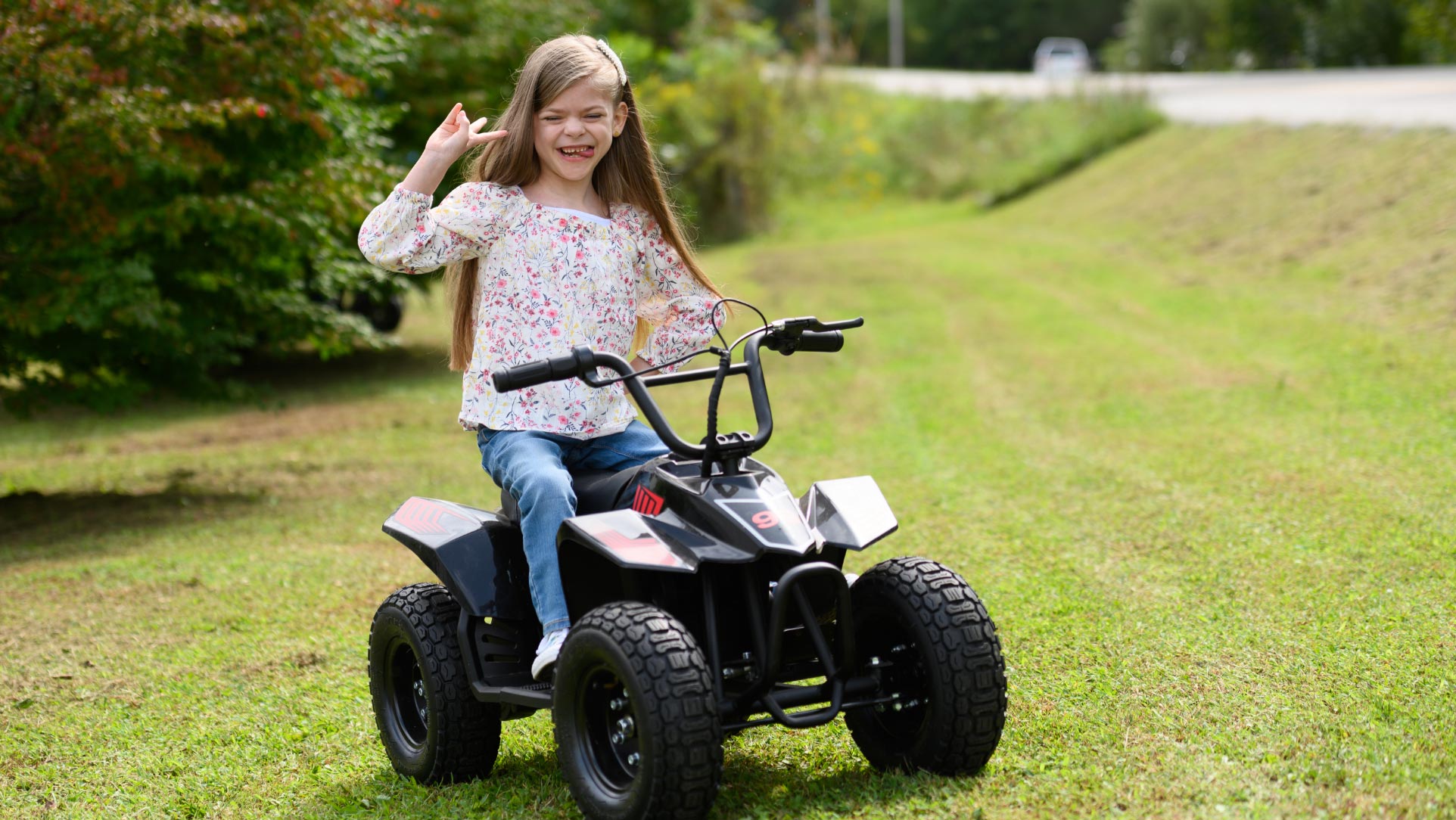 Despite her rough start, Taytum is now a wild, happy almost-nine-year-old.

Taytum Jackson is far from your average little girl—she has been beating every odd against her since before she was born. Taytum was born as a Monoamniotic-Monochorionic twin, or a “MoMo” twin, meaning both embryos develop within a single shared amniotic sac. There are many potential complications such as cord entanglement and cord compression, and the pregnancy is also considered extremely high risk. For both babies, there is only a 50% chance of survival rate. 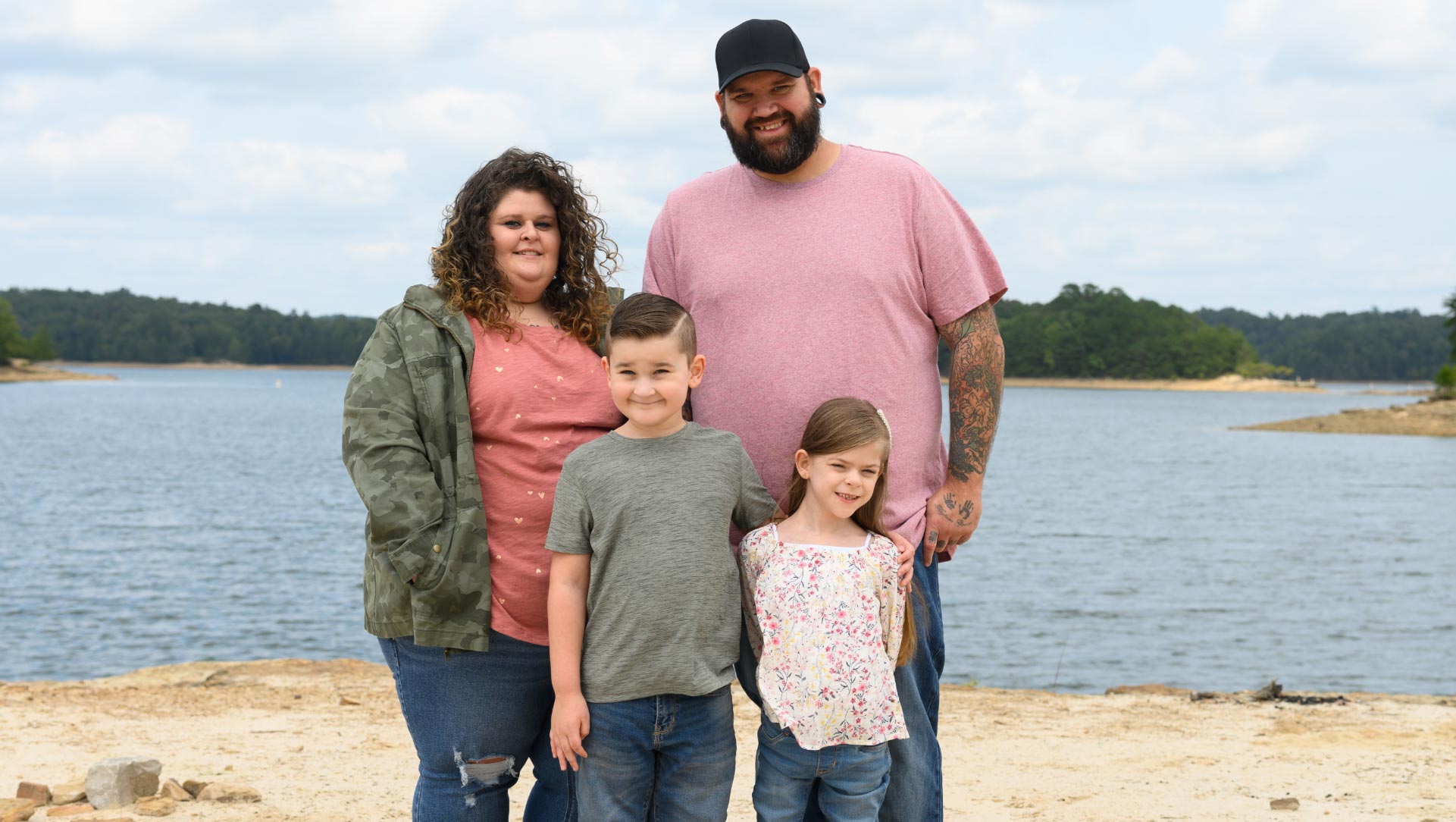 “At about 17 weeks, we lost her sister,” Candace Jackson, Taytum’s mom, said. “We were told to prepare, and that within the next two weeks—Taytum would probably pass. She made it to 20 weeks. They told us the bad news was that they wouldn’t know if she was affected by her sister passing, and that there was a really strong chance that she would be born with some type of brain damage. At this point they really didn’t even understand how she had survived. There’s no literature on this type of twins where one passes and the other one survives this long.” 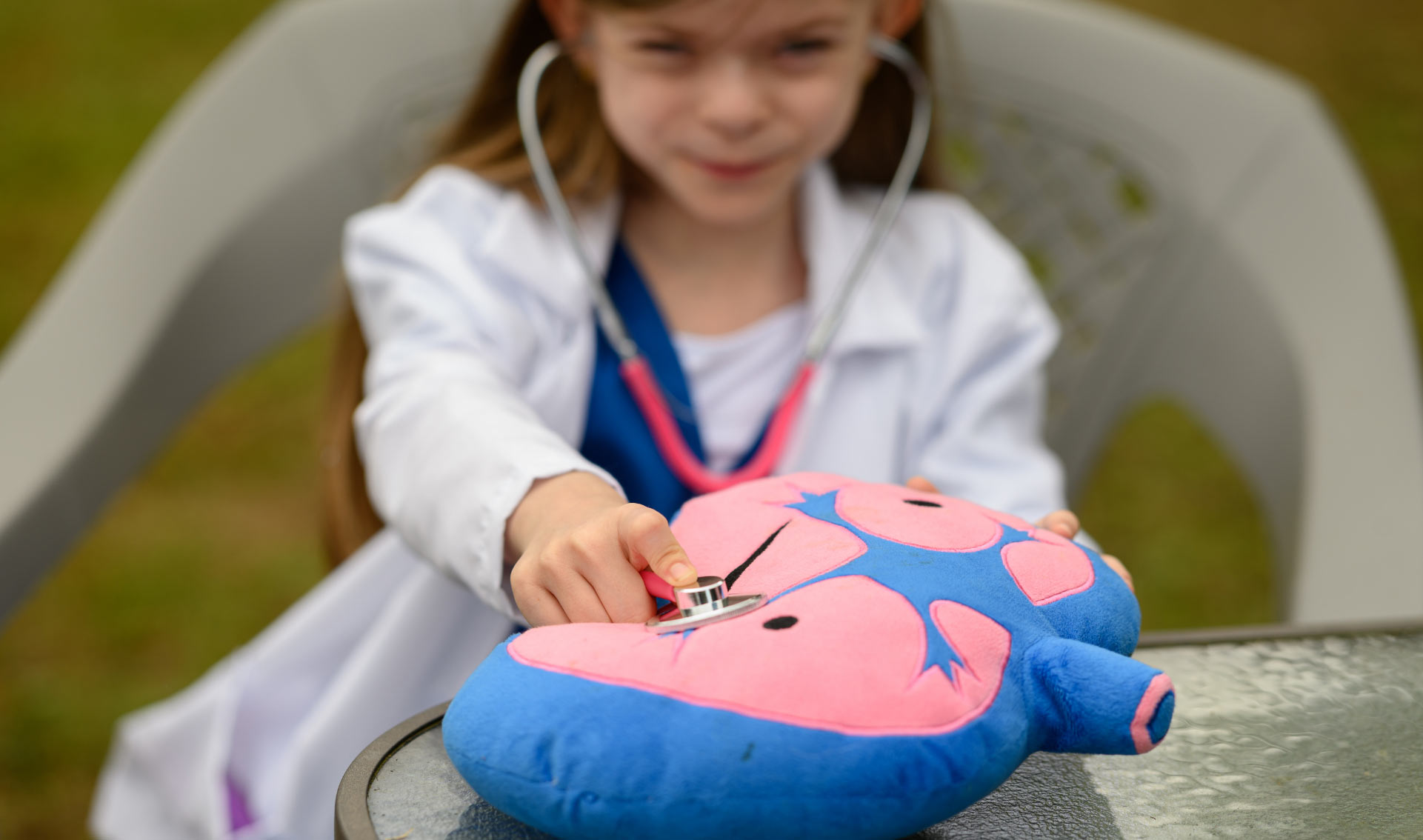 Taytum is used to having her heart checked by her team at Kentucky Children’s Hospital.

As “MoMo” twins, for one baby to pass in the womb and the other to survive and be delivered is almost completely unheard of. Despite being born nearly twenty weeks early, Taytum did not suffer any brain damage. She was born on December 2nd, 2011, but due to being born so prematurely, Taytum was in the NICU at UK HealthCare’s Kentucky Children’s Hospital until the end of April, 2012. Taytum’s lungs were severely underdeveloped, she had a patent ductus arteriosus (a persistent opening between the two major blood vessels leading from the heart) and she was born with pulmonary hypertension. During Taytum’s time in the NICU, she was placed on and off of a ventilator and treated with nitric oxide for her respiratory issues. 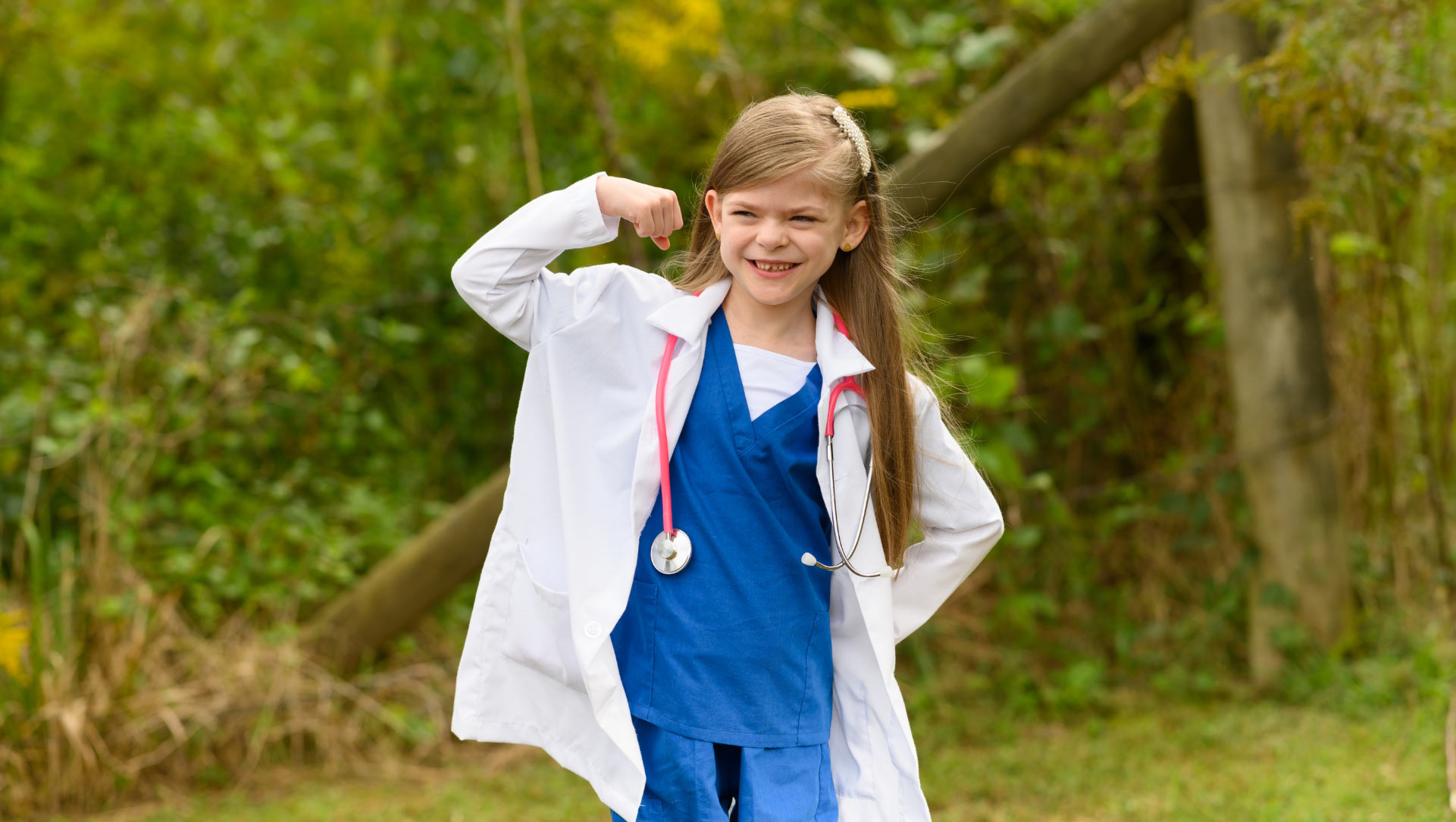 “It’s so natural for her to be around doctors and nurses. When she’s around them, she’s in her element.”

“Taytum had about four or five primary nurses that took her on,” Candace said. “If it wasn’t for them, I don’t know how I would have made it through those almost five months. They became family. They were there for me to talk to and help me through the day. The few times I couldn’t be with her, I always knew she was in good hands.” 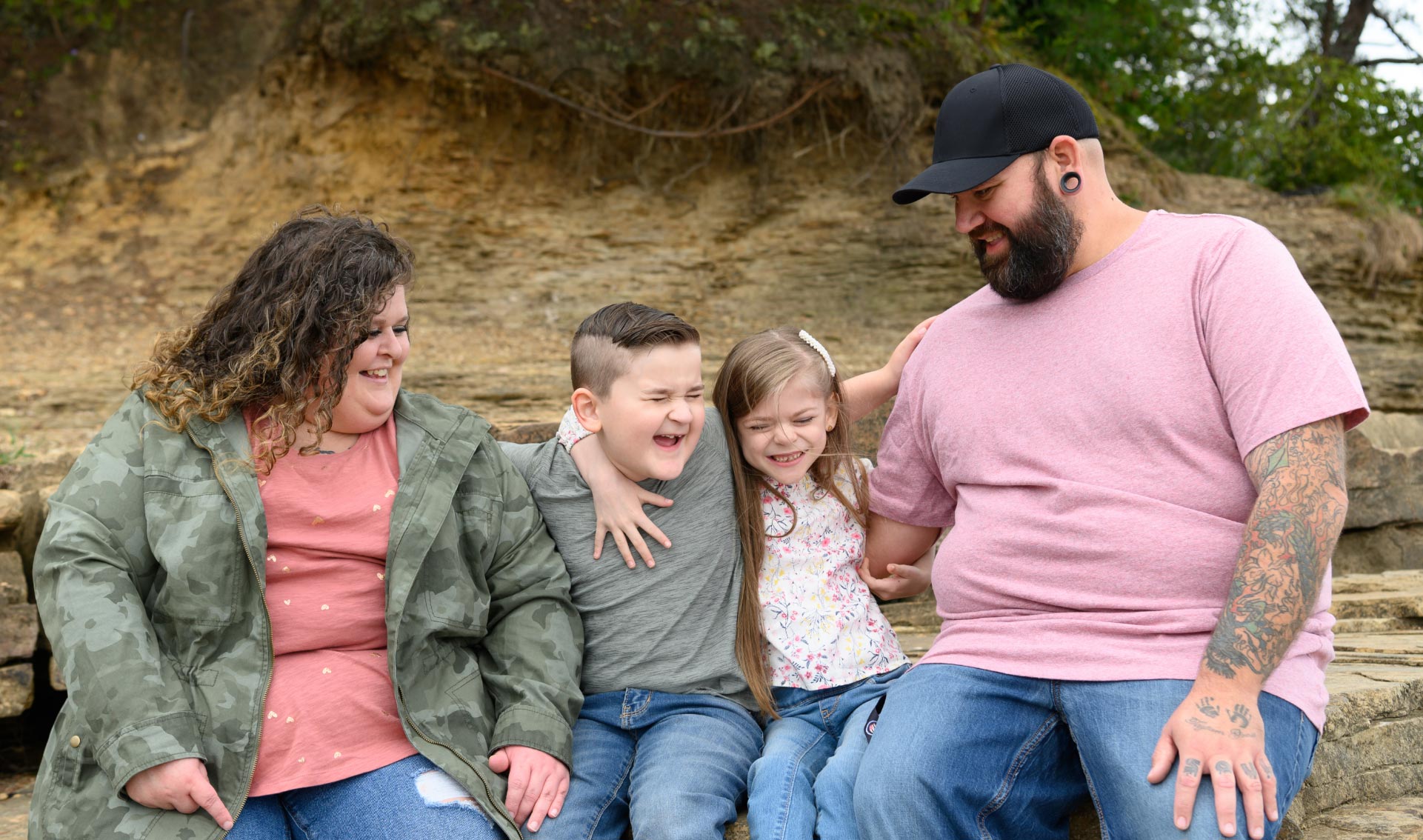 “She’s really surprised all of us,” said Candace. “We didn’t see that spark in her until she came home.”

Finally, after five grueling months, Candace and her husband brought Taytum home. “She came home on oxygen and a nasogastric feeding tube that went through her nose. She wouldn’t bottle-feed. It was scary bringing her home and not having the extra hands. We did have to come back to the emergency room a few times because of breathing issues. We had an occupational therapist, physical therapist and speech therapists that would come out to our home and then she just gradually started getting better. As the months went on, she just started getting a little better and better.” 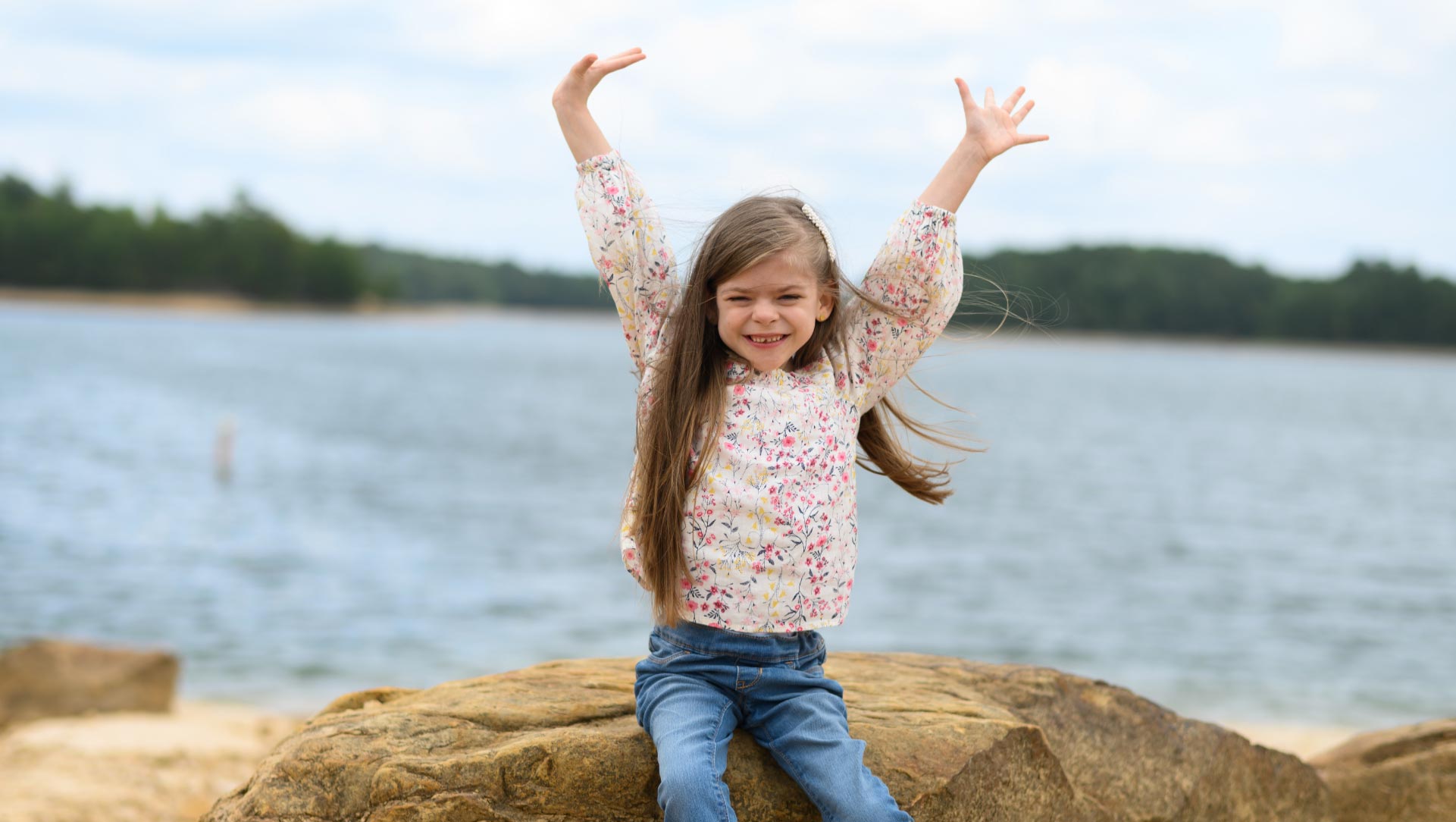 “If she wants to, she’s going to. She’s already jumped over so many other hurdles. I don’t see her giving up now.”

Taytum was not expected to live more than two weeks after her sister passed, much less over six months after being delivered prematurely. Slowly but surely, Taytum continued to beat every odd stacked against her. Since her birth, Taytum has undergone surgery to treat her arthrogryposis (a lack of muscular development and growth that causes deformity in joints). She was referred to a nearby hospital to have surgery to fix her patent ductus arteriosus at just three years old. Despite everything she has been through, Taytum has passed with flying colors. 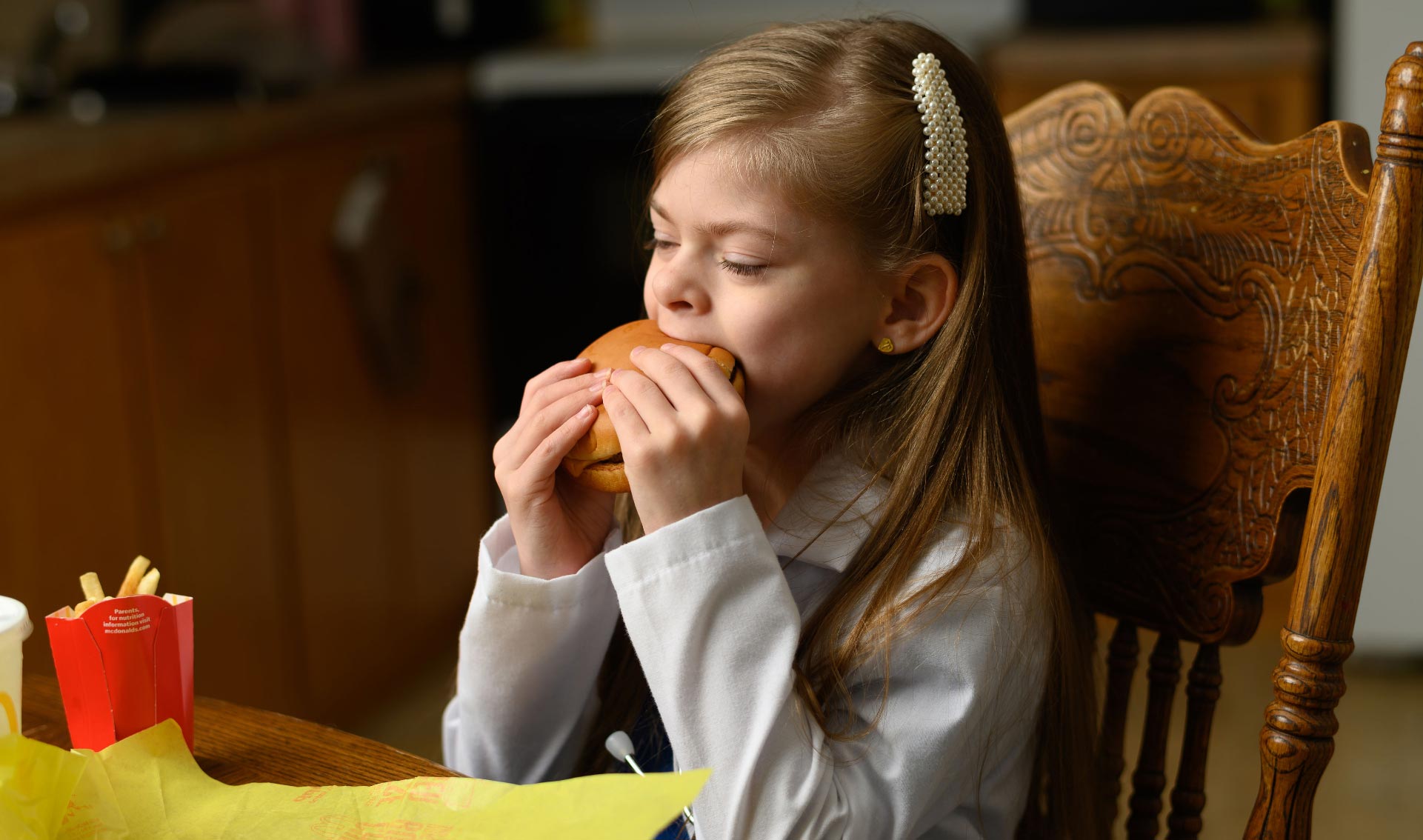 Today, Taytum is eight years old and, as her mom describes her, “very strong-willed, very determined and very sassy.” Taytum is curious about everything around her and has the desire to know every what, why, where, when and how. Her little brother is her best friend, and she loves McDonald’s cheeseburgers. In the future, Taytum wants to be a “baby doctor” but also wants to work at McDonald’s so that she can eat their food. She continues to take every day in stride, and embraces anything that comes her way. 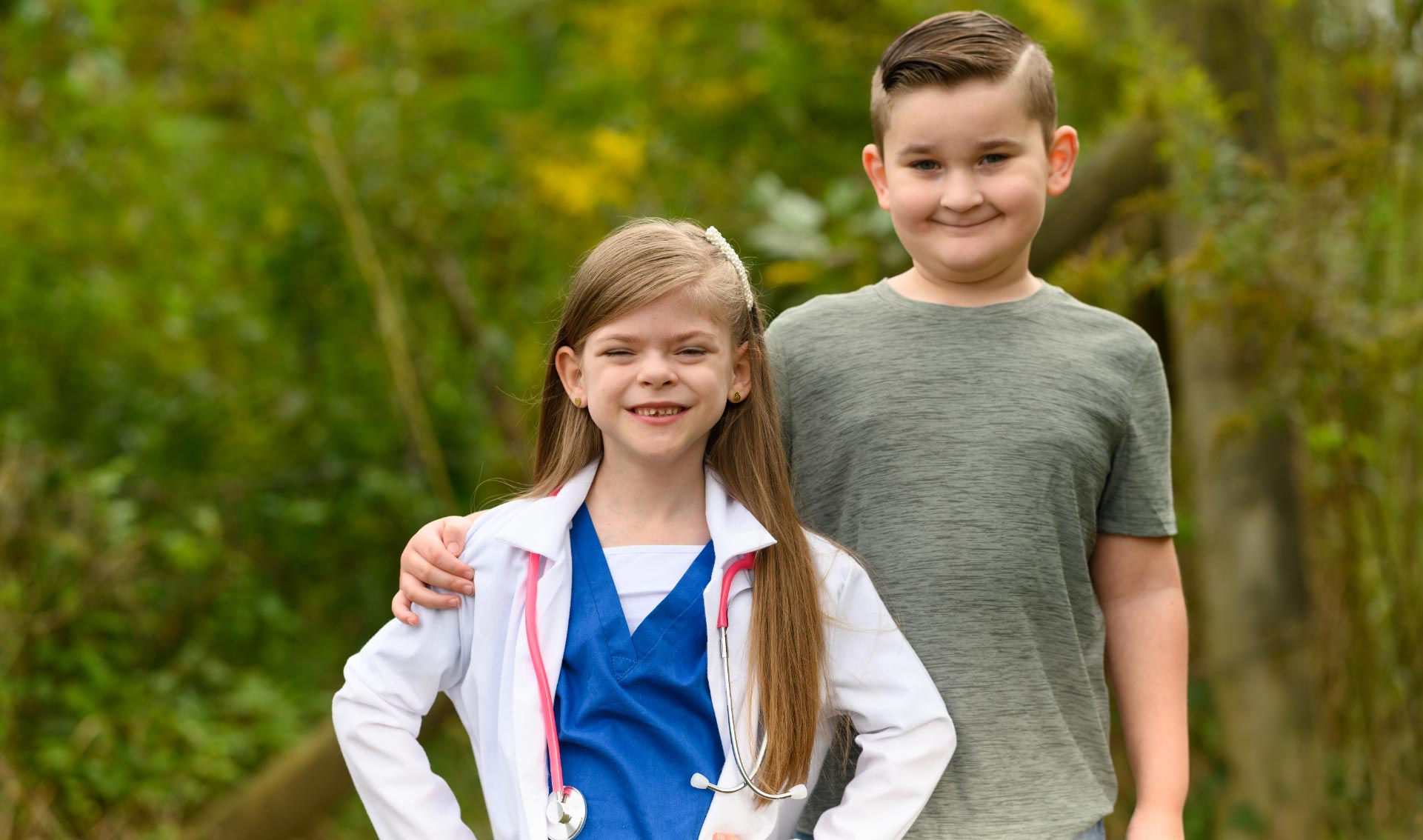 “Sylas basically saved her life. After he was born, she just mimicked everything he did and took off.”

“A smile could make the difference.”Big Blue Nation, Pediatric Services