“It all started when Charlie turned a year old. A week later, he got sick for the first time. He would wheeze constantly—if he ran, he would wheeze and cough. And when he got sick, he was so sick he couldn’t do anything. A normal cold was almost like the flu for him. No one could figure out why he was getting sick so much.” 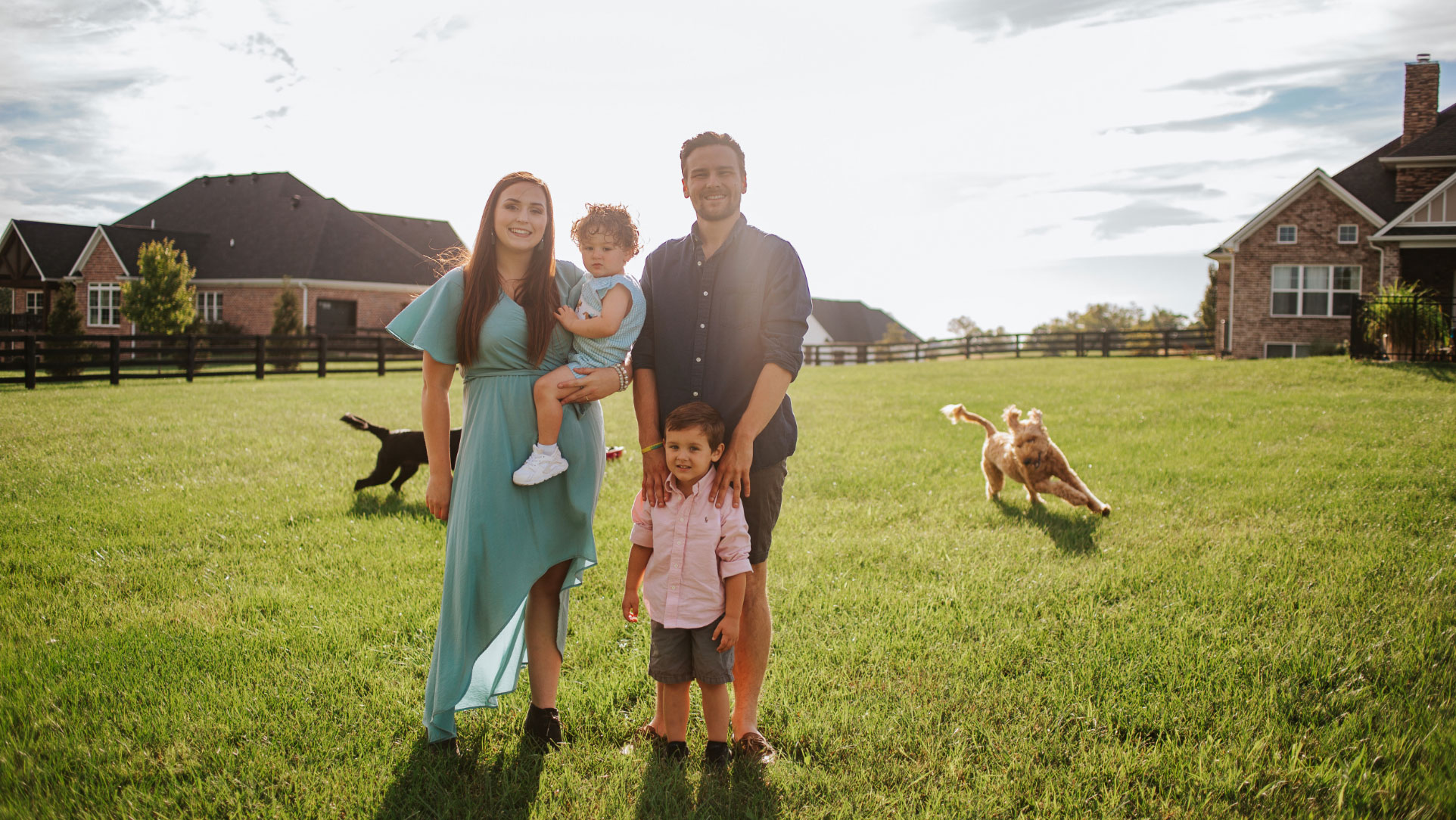 Charlie’s parents, Cassidy and Alex, have their hands full with two young boys: Charlie and his big brother, Baylor.

Everybody thought one-year-old Charlie Surface-Wiehebrink had asthma. His pediatrician thought so. His parents thought so. But when Charlie failed to respond to treatment after treatment, Dr. Krishna Pancham, a pediatric pulmonologist at UK HealthCare’s Kentucky Children’s Hospital, realized something else was going on, and he ordered a bronchoscopy to find out more.

“Dr. Pancham comes out and he says to me, ‘I’m so glad you came in today. I need you to come talk to me.’ So obviously, I’m freaking out because it’s not really what you want to hear,” said Charlie’s mom, Cassidy. “We got back there and he told me that Charlie has a heart condition.” 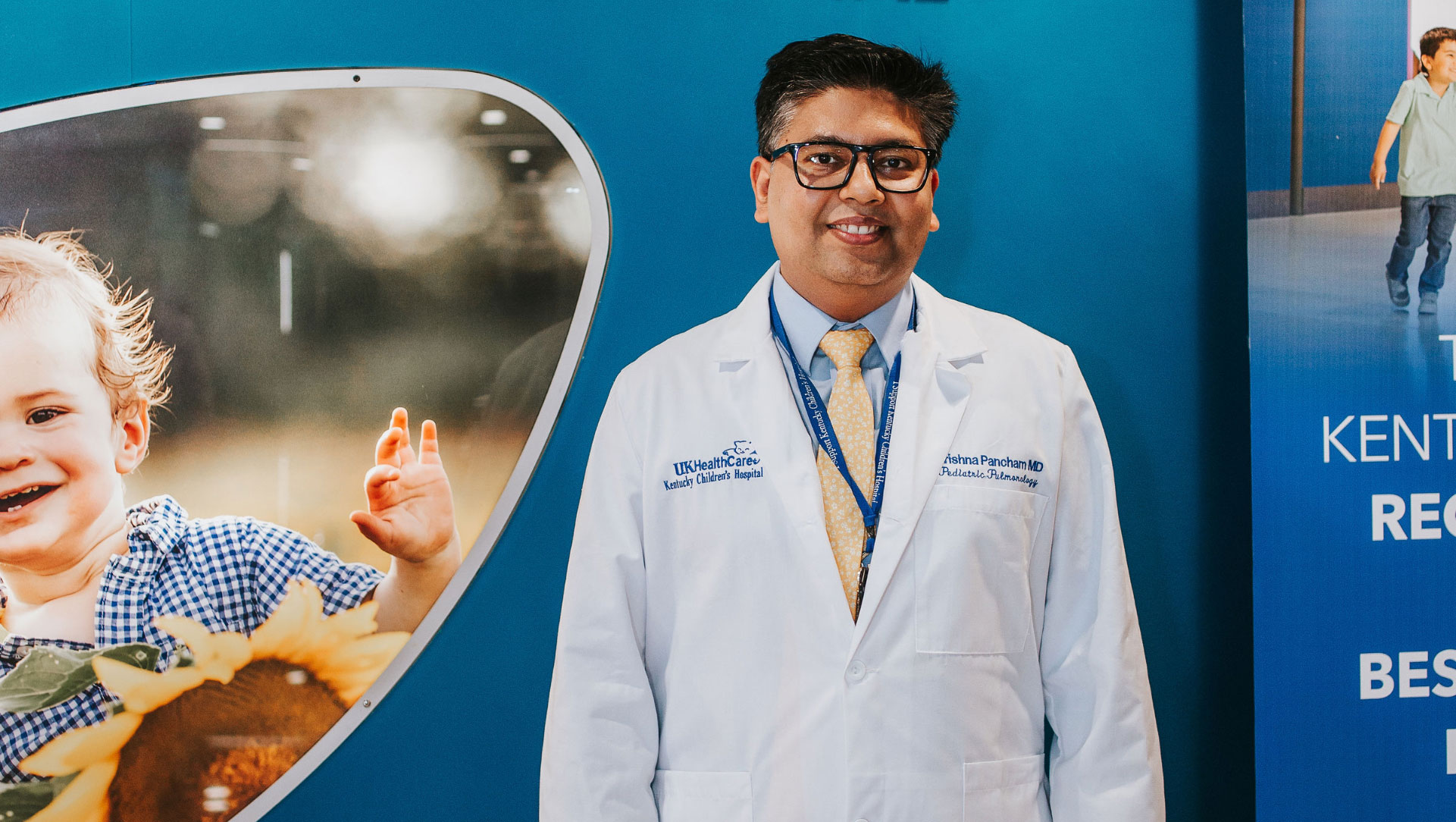 “I’ve never seen a doctor in my life who has been as proactive as Dr. Pancham is.”

Charlie’s condition, an extremely rare combination of heart defects including a right aortic arch and a vascular ring with a Kommerell’s diverticulum, was constricting his airway. That was the reason for his wheezing, his constant illnesses, and the fact that he was never able to speak or eat much. Together with Charlie’s parents, his team at Kentucky Children’s Hospital decided to move forward with heart surgery to correct the heart defects and release the restriction on Charlie’s airway. 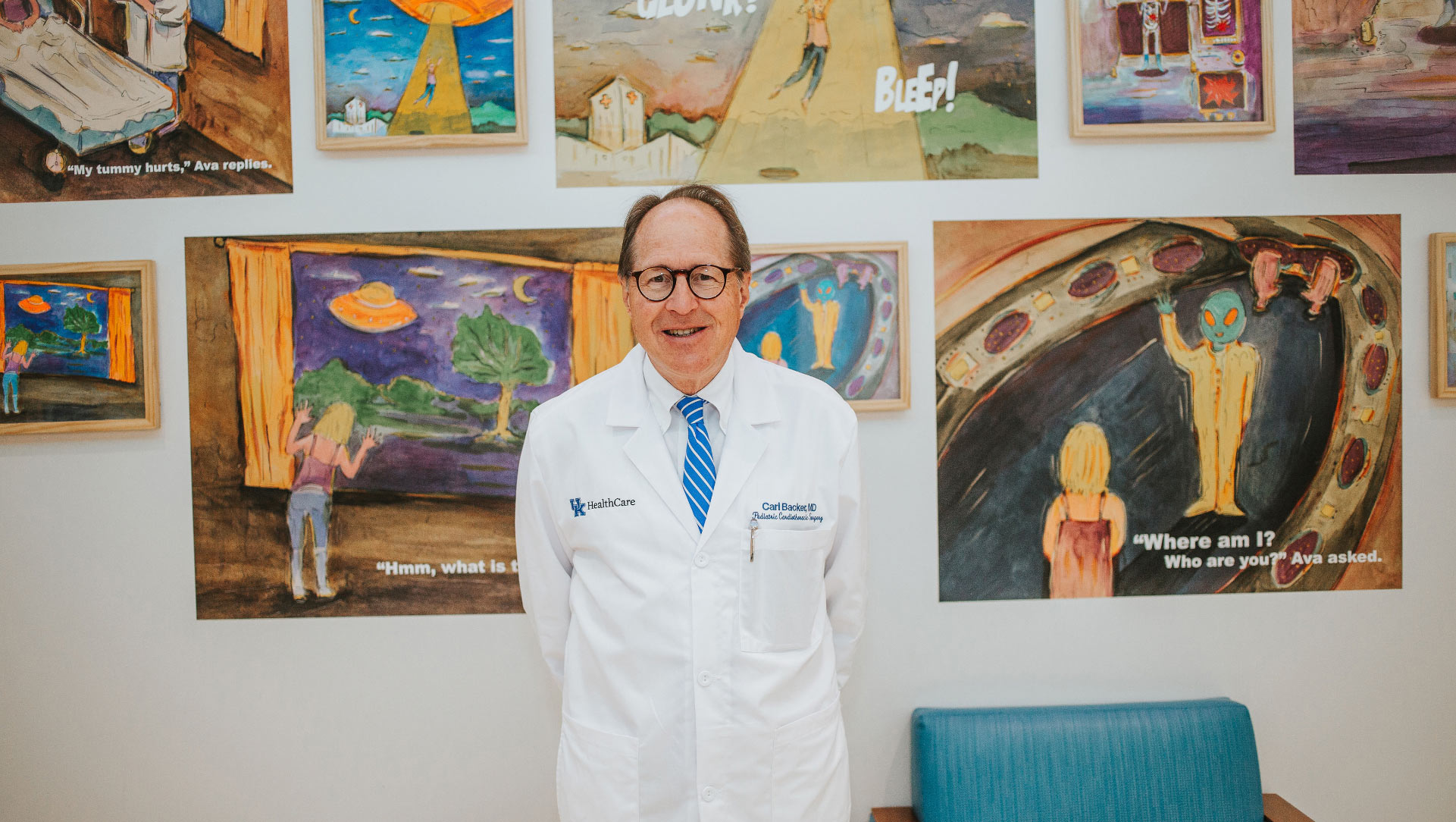 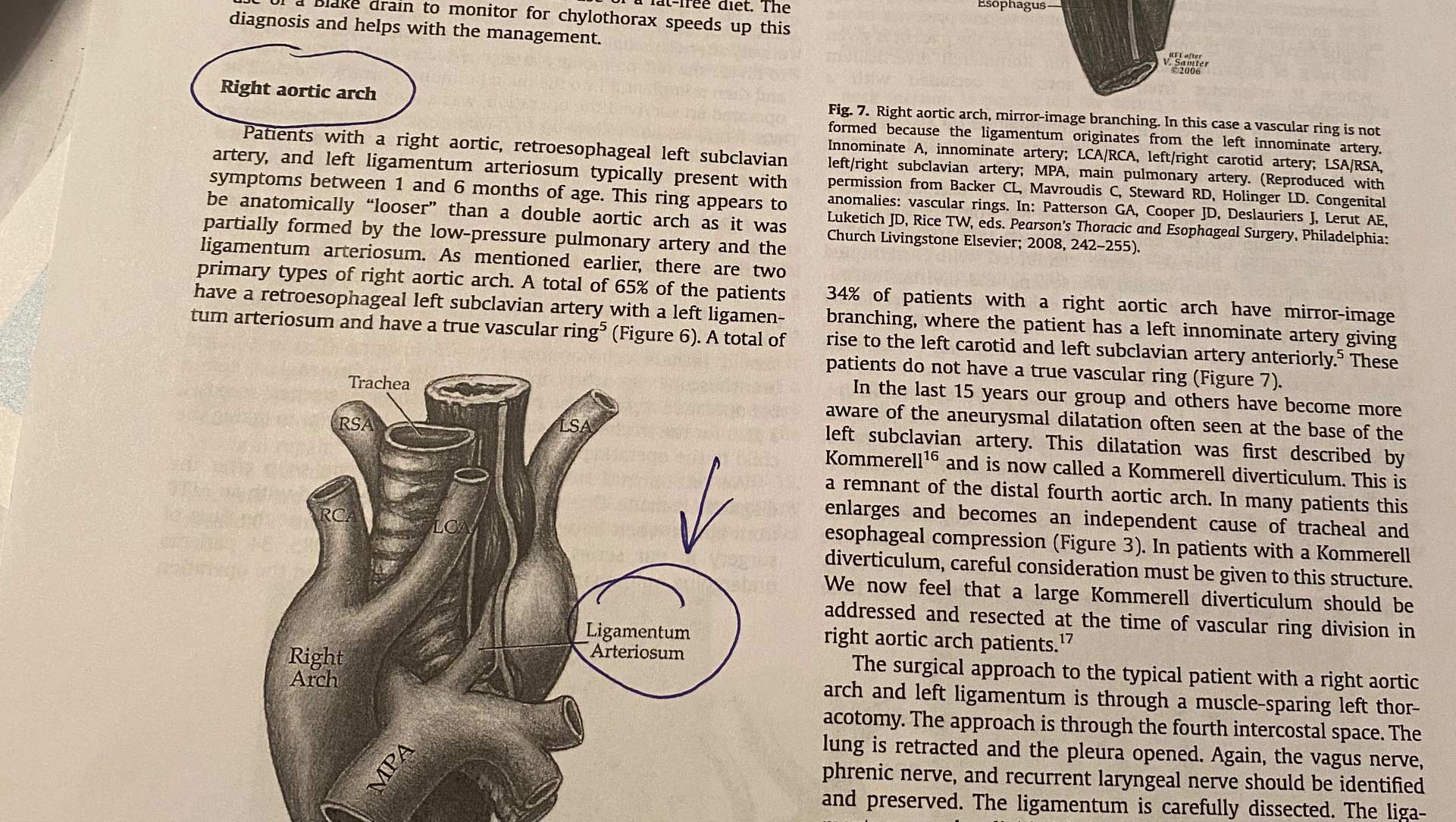 Dr. Backer made notes about Charlie’s condition on the seminar he wrote about the subject.

“Dr. Backer walked into the preoperative appointment with a handful of papers in his hand and said, ‘This is what’s going on with Charlie. I’ve done this operation many times, and here’s a seminar I wrote on this subject.’ He’d actually underlined and circled the things that Charlie had, so I could read what was going on with Charlie and how he was going to fix it. He highlighted and lined out everything Charlie was going to have, and he said ‘We’re going to fix him, and he’ll be fine. Charlie can be a normal boy.’” 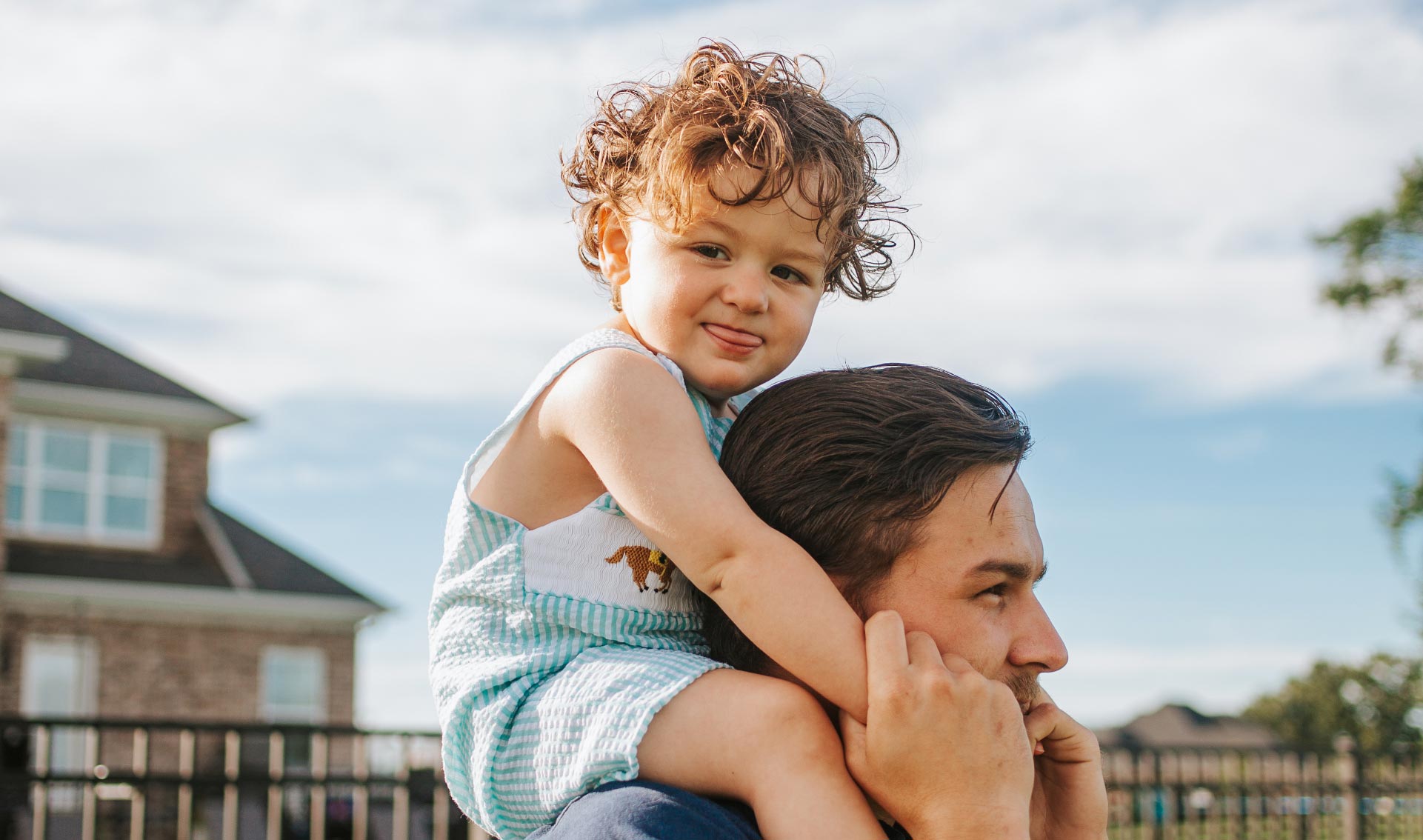 The morning of his surgery, Charlie’s signature sunny disposition was on display. “The anesthesiologist, Dr. Vu, reached for Charlie and Charlie just went right to him. No tears. Looked right back at me and said, ‘Bye.’ And they took him down the hallway back to surgery. They said that he did so good. He’s just such a good, happy boy. Everybody loves Charlie.” 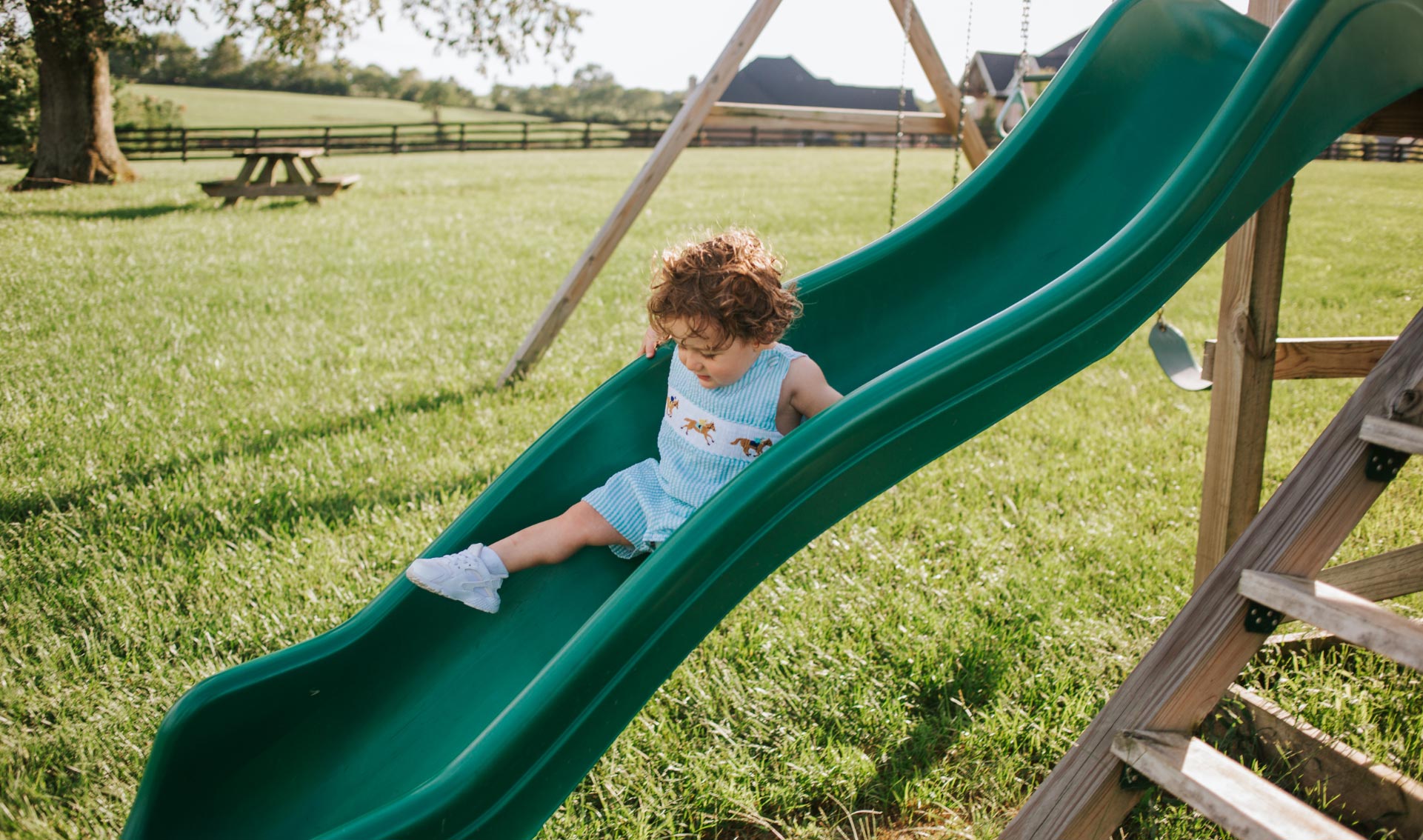 Charlie enjoys his backyard playset even more now that he can breathe freely.

The effects of the surgery were immediate—and Charlie’s continued to improve in the weeks since his procedure. “Almost instantly, he started talking. He didn’t cough anymore. And now it’s been four weeks, and he’s able to swim and play and run. He’s saying so many more words. He eats more now. He’s just taken off. You can tell he’s a lot happier.” 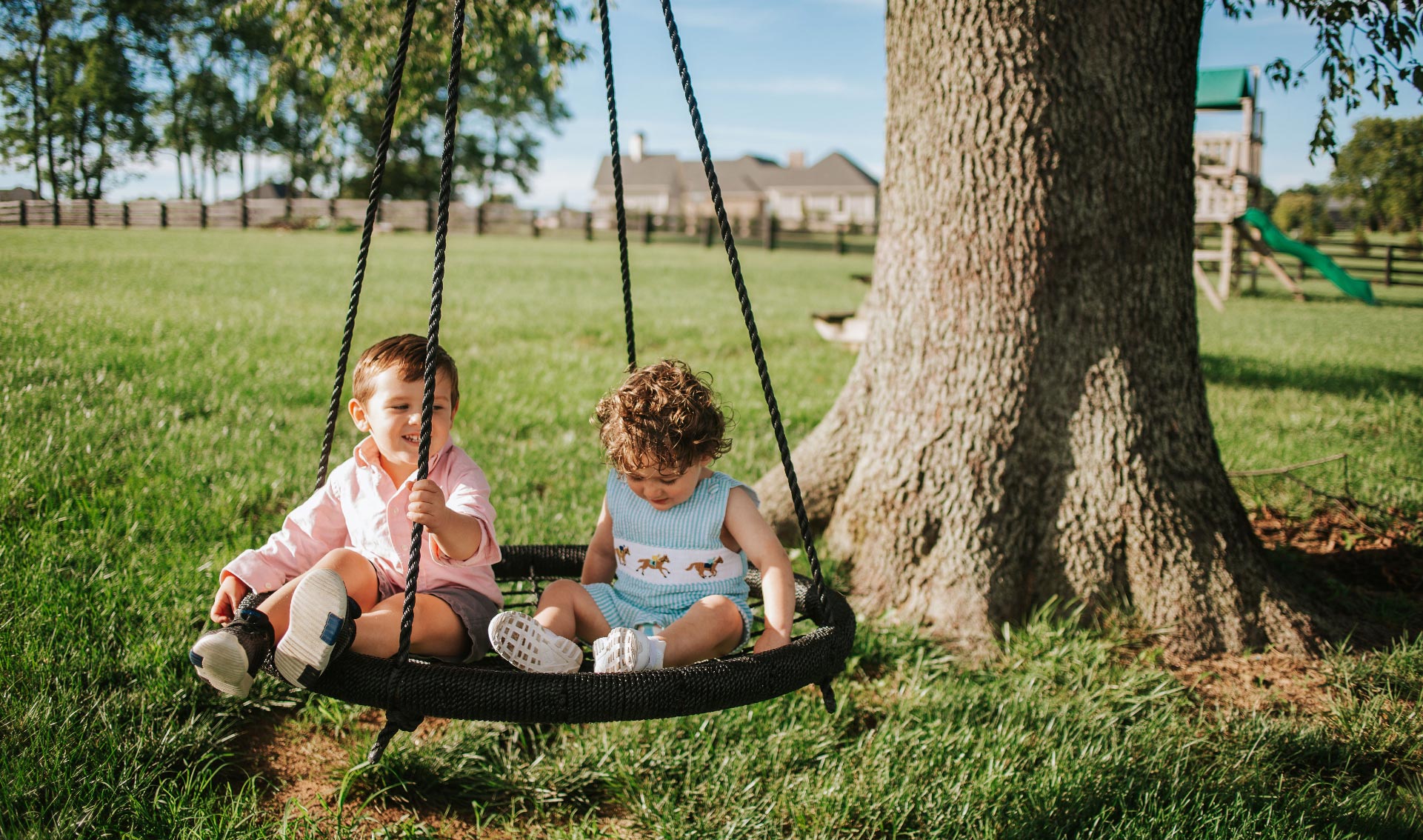 Now that Charlie has fully recovered, he and Baylor can swing, play, and just be kids.

“A lot of people find these issues on fetal ultrasounds. I wish we would have been intertwined with UK HealthCare sooner because Charlie would have been better, faster. But when I saw Dr. Pancham for Charlie’s follow-up after surgery, I told him, ‘If it wasn’t for you, we wouldn’t know what was wrong with our boy. And he would still be hurting.’ When he found out that Charlie was having problems, he did not hesitate. I mean, we just found this out in May, and it’s July and Charlie’s had heart surgery and he’s recovered. They knew exactly what was wrong with Charlie, and they fixed it.” 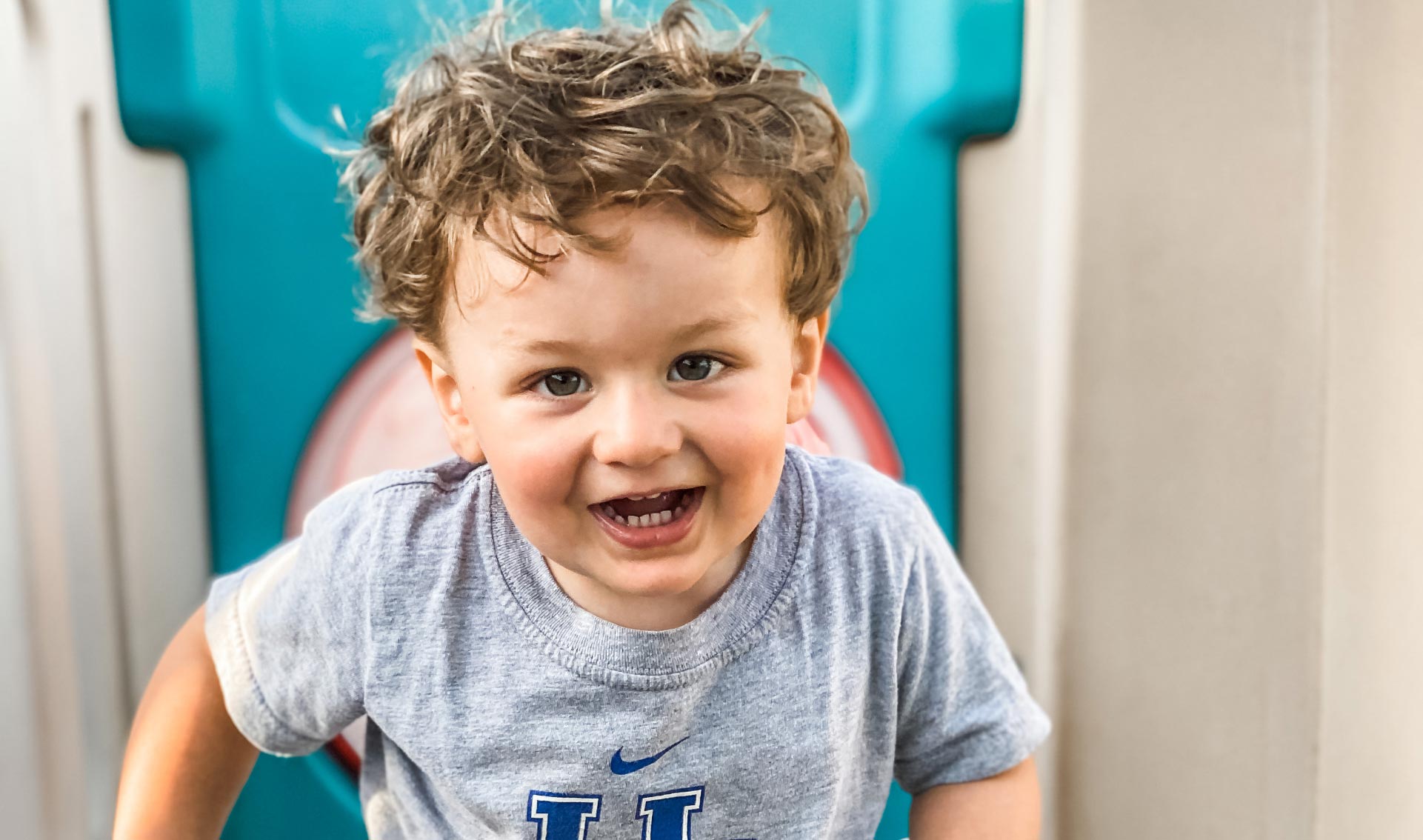 “We are the children’s hospital for the state.”Pediatric Services, Teamwork