“I knew how to deal with leukemia. Hearing your child has cancer really rocks your world, but the most unnatural thing ever is to hear that they have it again.” 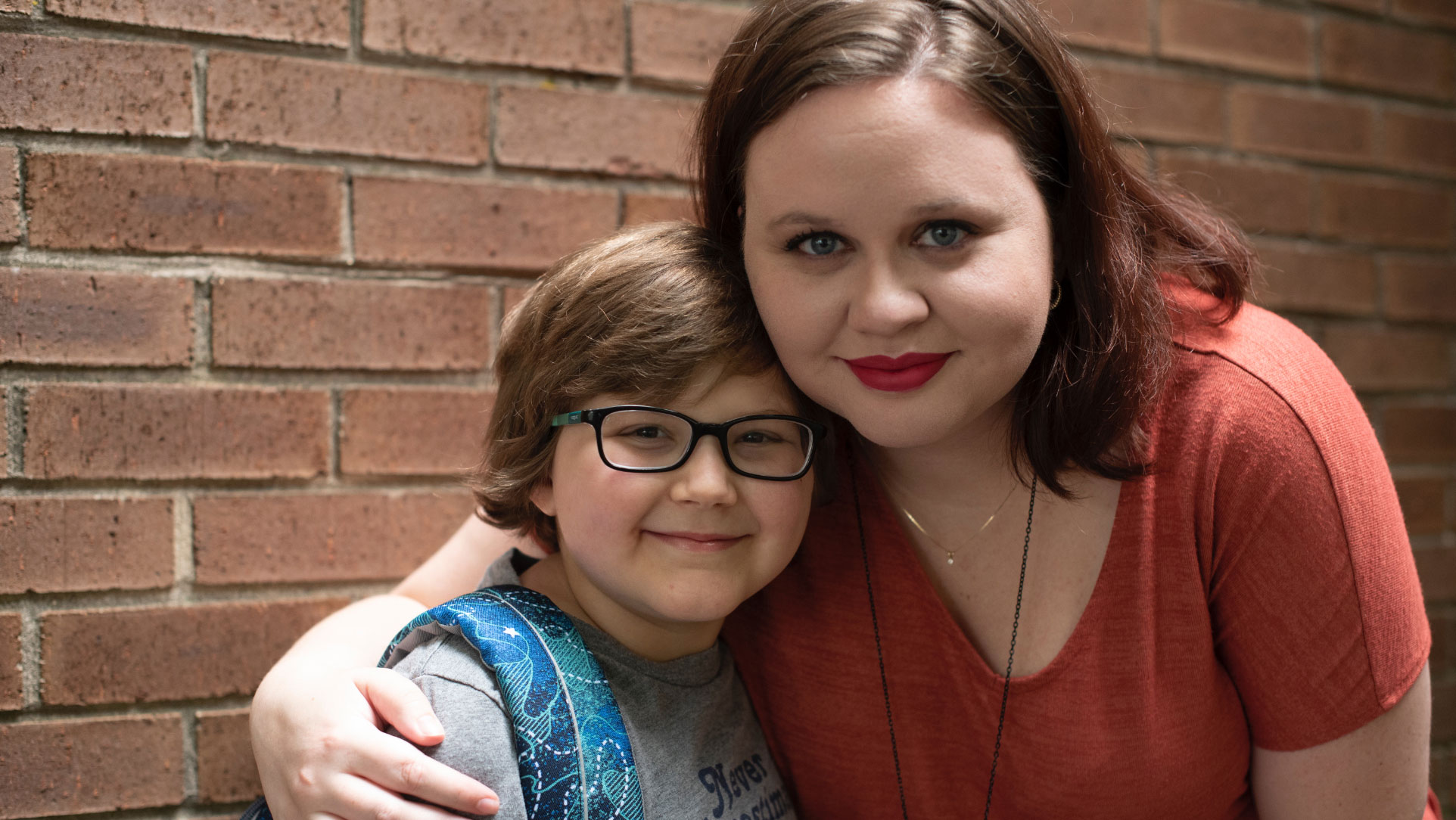 “It was my absolute wildest nightmare. I never thought this was what it was going to be.”

Four years earlier, Ellie Hurley had just turned three when her mother, Morgan, noticed a change: her daughter was extremely lethargic, and she had bruises across her body. After consulting with her primary care pediatrician, Morgan and Ellie were referred to UK HealthCare’s Kentucky Children’s Hospital for additional tests. Morgan faced every mother’s worst nightmare that day—her daughter was diagnosed with acute lymphoblastic leukemia. 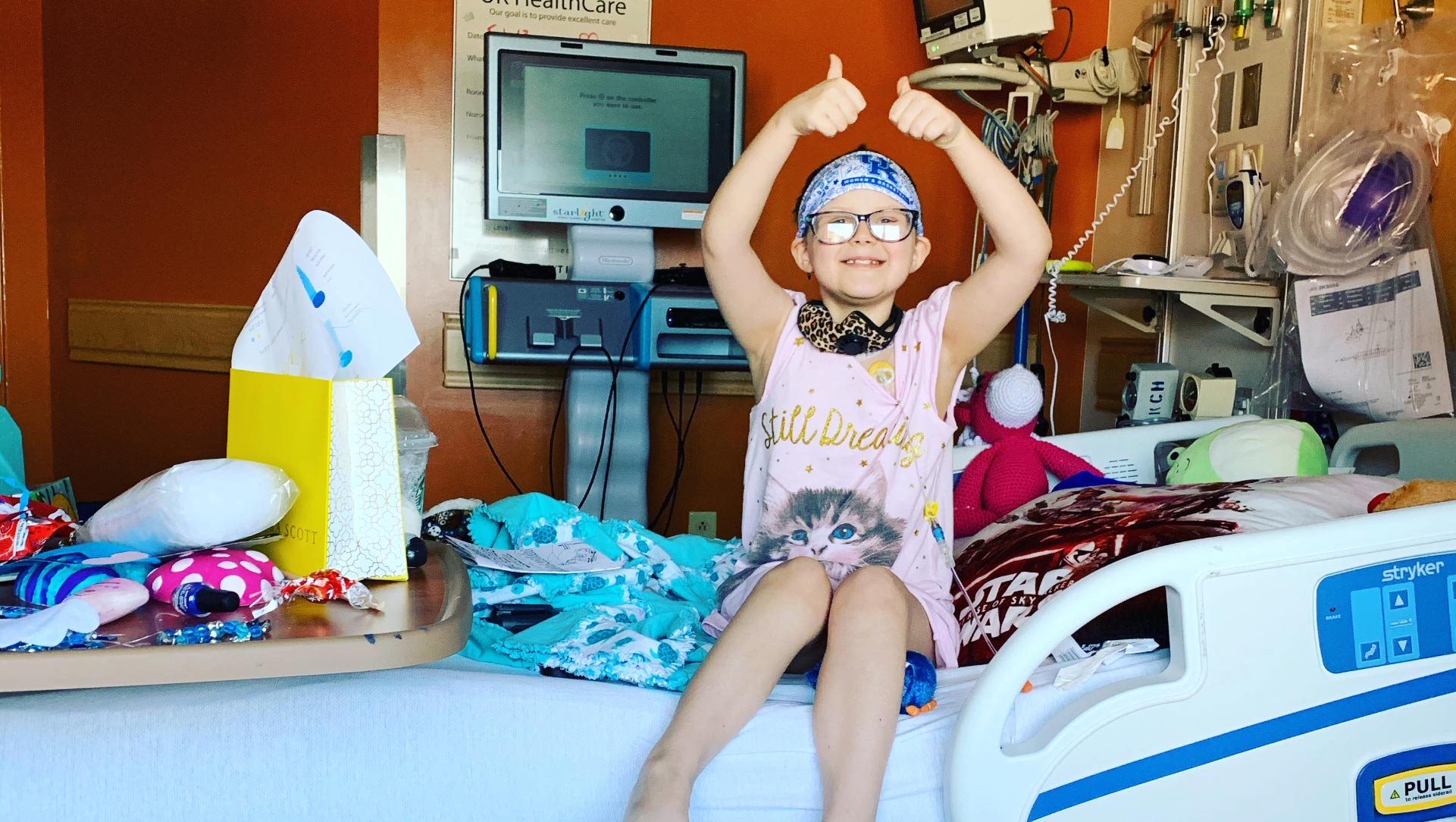 Even when some days are hard, Ellie always has a smile and a positive attitude.

Ellie’s first course of treatment lasted nearly two and a half years, and by February of 2017, she was in remission and getting ready to start kindergarten the next fall. But in February of 2019, Ellie began to suffer from severe headaches, and more tiny bruises started to appear on her legs. A regular checkup at the DanceBlue Clinic at Kentucky Children’s Hospital showed a worryingly low platelet count. 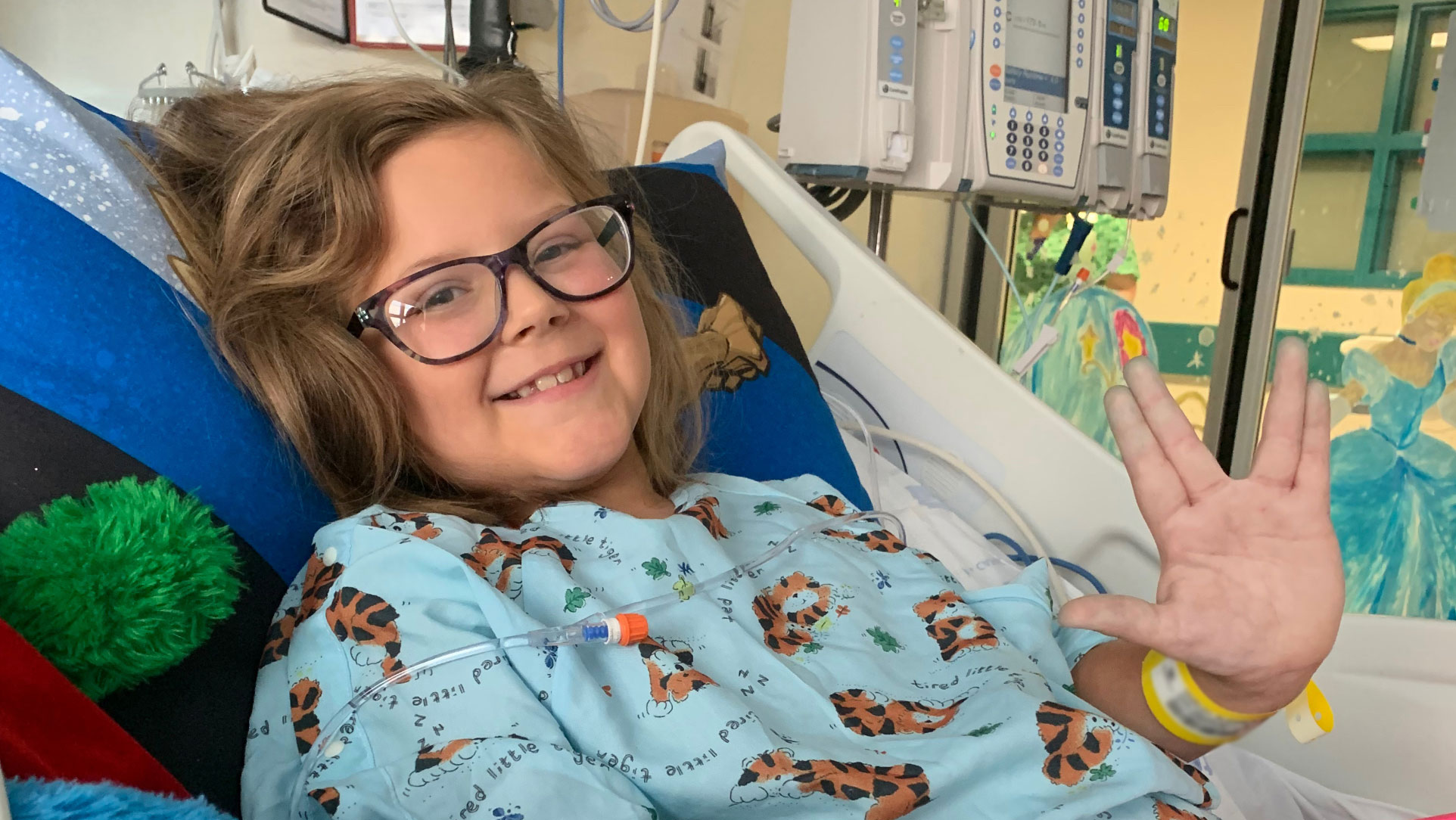 “All these people at UK HealthCare have done so much to take Ellie's mind off of what’s happening.”

“Sometimes that happens, and my initial thought was that maybe she’s sick,” said Morgan. “The very next week her head was hurting so bad that she was throwing up for three days straight. I called the clinic and said ‘Something’s not right, there’s something here that’s not adding up’. I knew that something was wrong beyond a migraine, it was just not normal.” A trip to the Makenna David Pediatric Emergency Department confirmed Morgan’s hunch: Ellie’s cancer was back. She was seven years old. 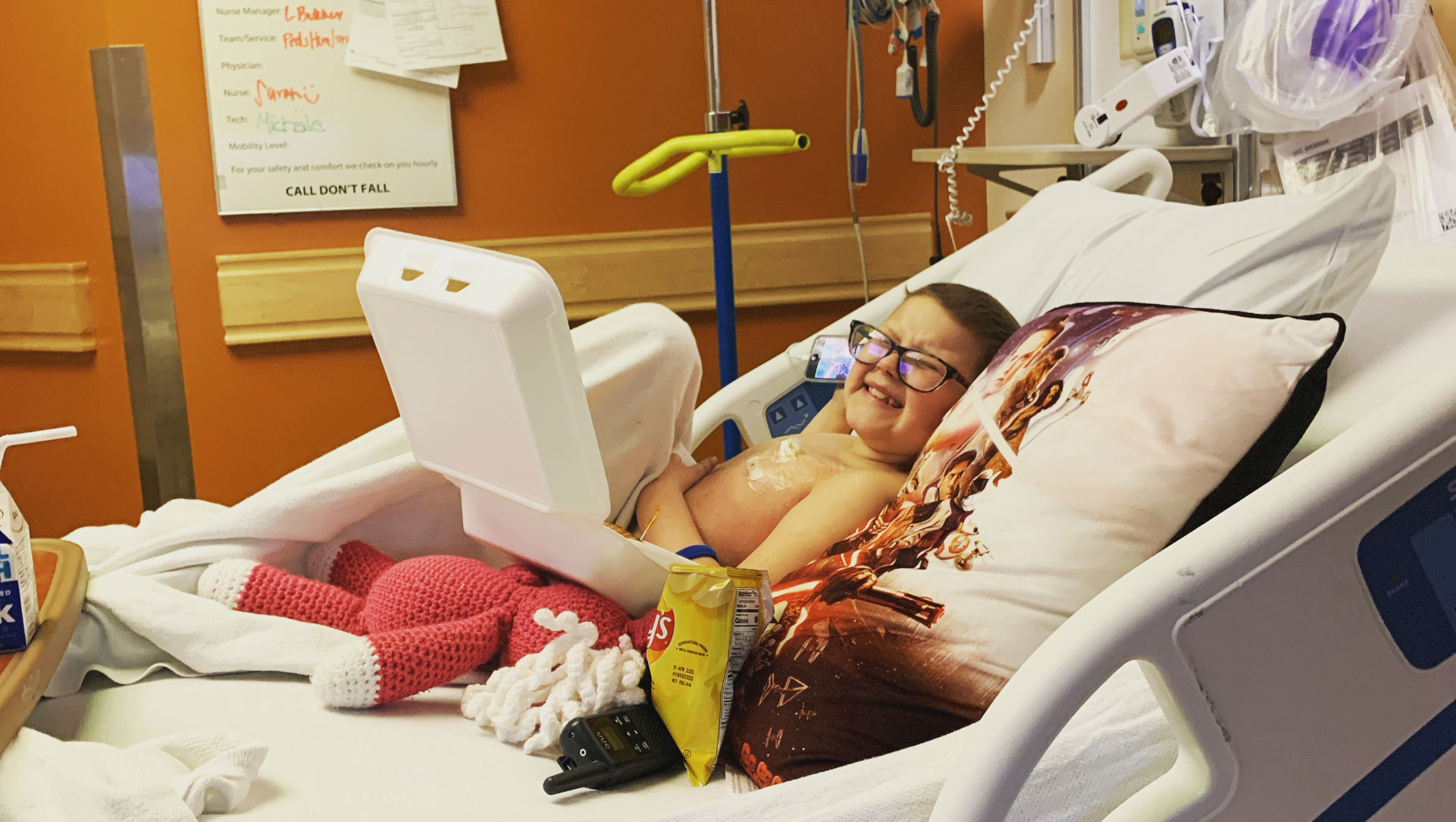 Ellie’s team at Kentucky Children’s Hospital tries to bring a smile to her face every day—sometimes with middle-of-the-night snacks.

Morgan and Ellie spent nearly two weeks in the PICU, then a little over a month in Ellie’s hospital room at Kentucky Children’s Hospital undergoing treatment. It was a grueling time for Ellie as she started chemotherapy all over again. “Once her hair really started falling out is when she lost her sense of Ellie. It was at that point that she started to get really low. The nurses on Four West were absolutely wonderful—they helped me get her showered and bathed. If she wanted cheese sticks in the middle of the night, they’d go get her cheese sticks. She’d talk with Kara, her social worker, and she’d talk with Child Life. When her numbers let us go home, she still wasn’t as happy, but she was starting to get there.” 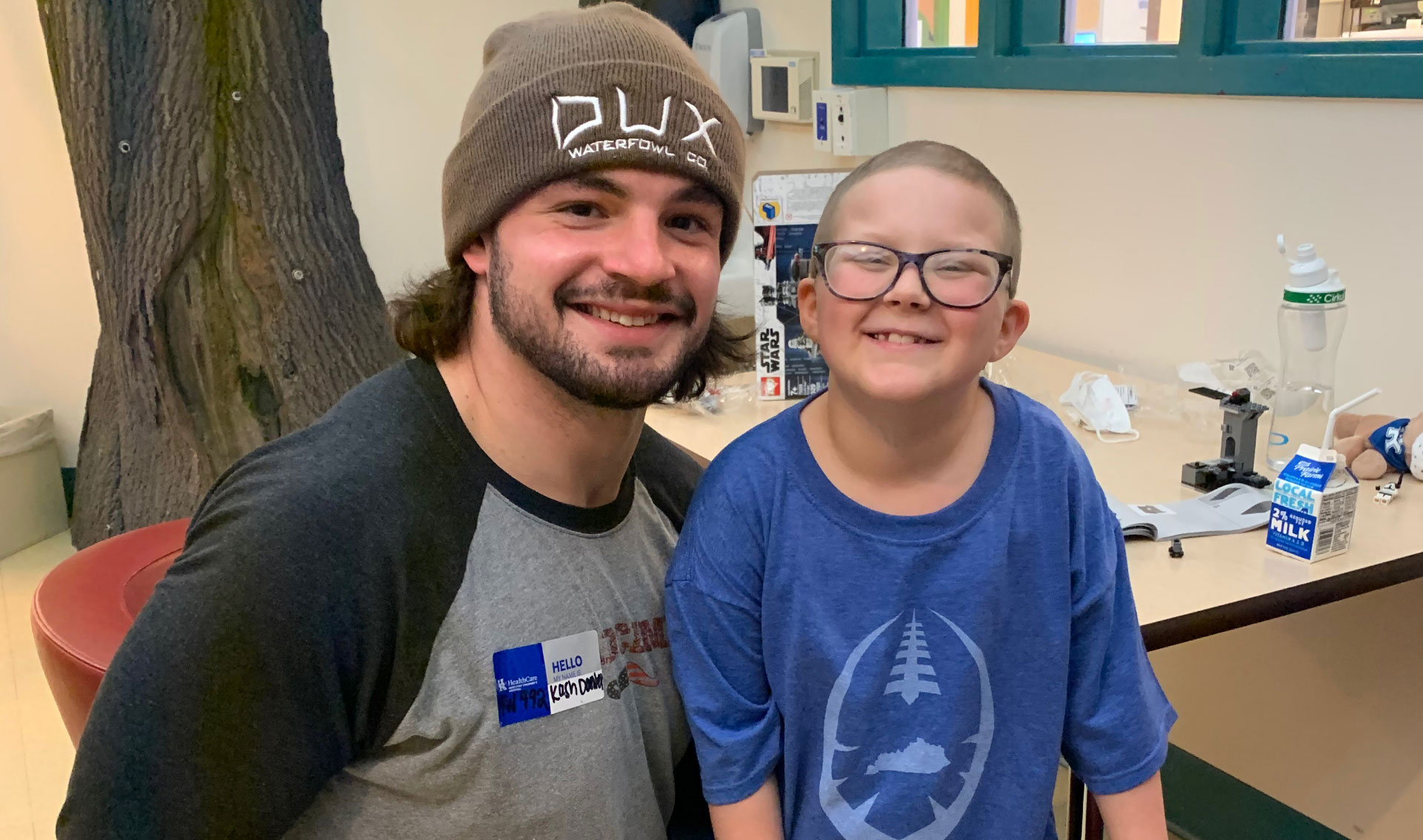 Ellie and football player Kash Daniel bonded at the hospital. “He goes above and beyond to make her feel better.” (Photo taken pre-COVID-19)

Slowly but surely, Ellie and Morgan regained a new sense of normalcy in their lives as Ellie continued to undergo treatments after leaving the hospital. In the fall of 2019, Ellie was invited to participate in DanceBlue, a University of Kentucky student-run organization that fundraises for the Hematology/Oncology Department at Kentucky Children’s Hospital. Through Ellie’s involvement in DanceBlue, she met an unexpected best friend: Kash Daniel, a linebacker on the University of Kentucky football team. 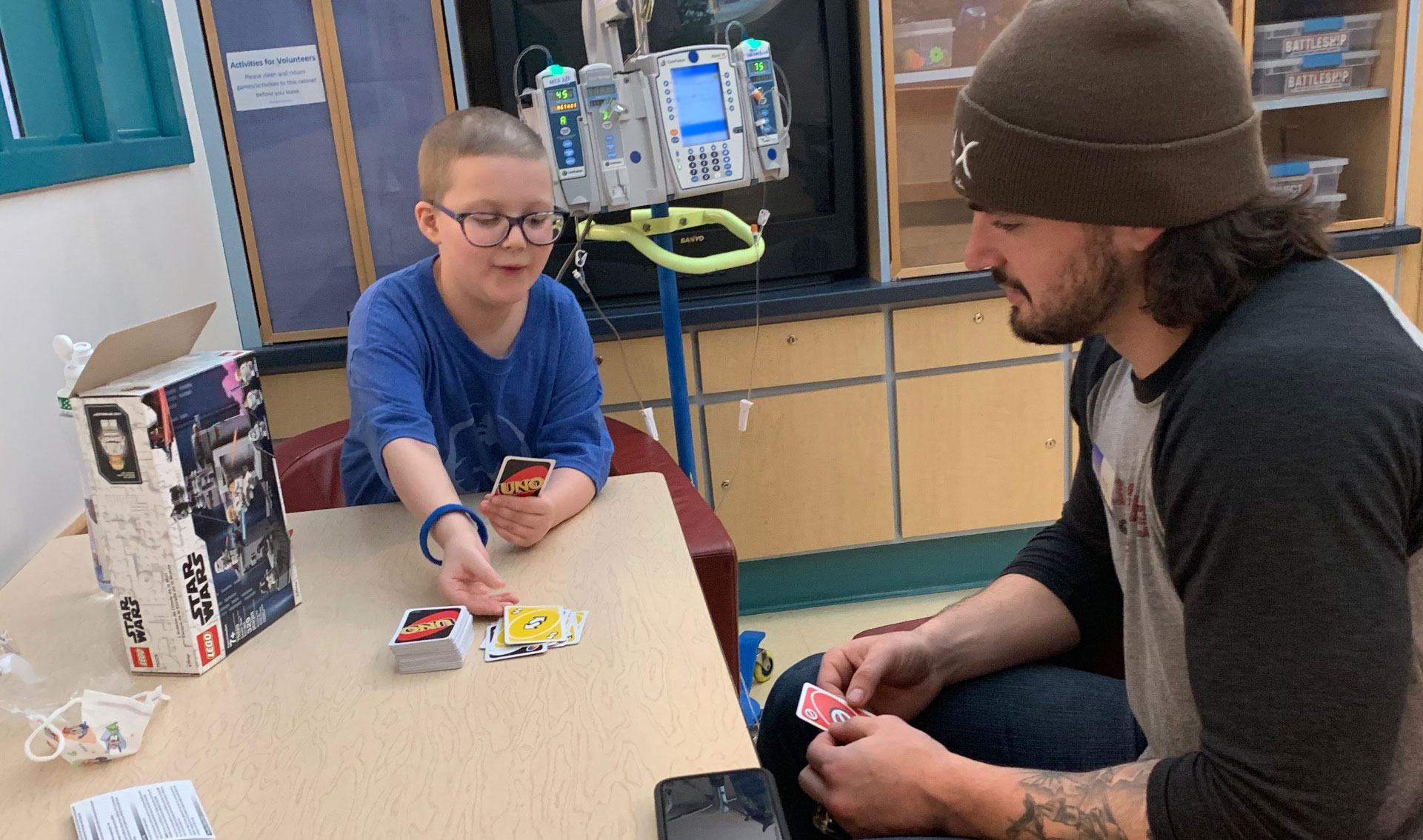 “Our friendship means the world to me,” Kash said. (Photo taken pre-COVID-19)

“It’s hilarious to see this giant football player crouch down and play Legos with Ellie. He shows up, they draw, they paint, they play Mario Kart. He goes above and beyond to make her feel better.”

The friendship between Kash and Ellie is one that helps them both through tough times. Kash, remembering the first time they met, said, “I leaned down and I hugged her, and there was just a rush of joy through our first hug. Her mom tells me that I help her with keeping her spirits up and everything, but she really helped me. We both love to compete and she just always has a smile on her face, she’s just always smiling. She puts off so much love and happiness that I was needing in my life, and I found it through Ellie and being her friend.” 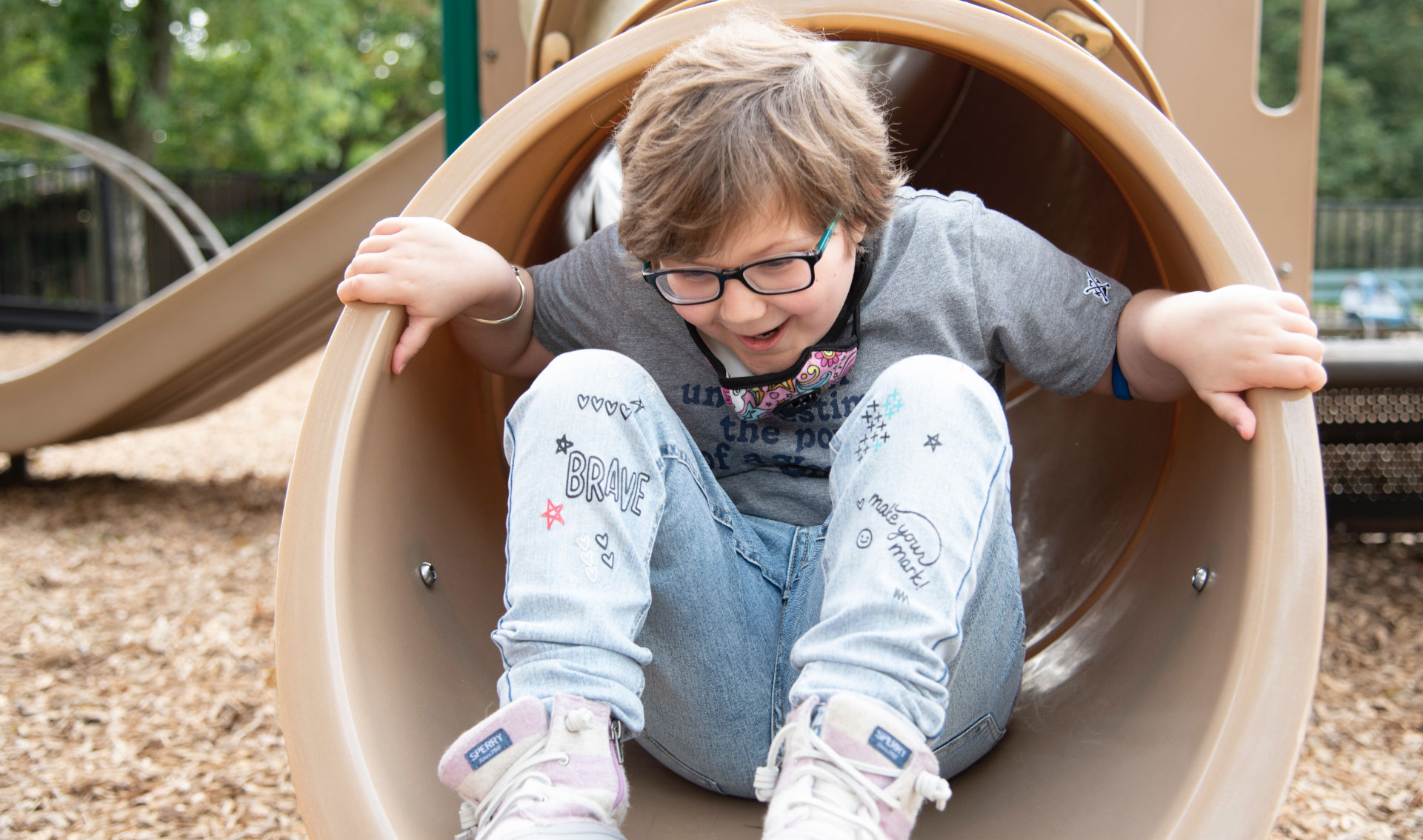 Despite the ups and downs that come with her ongoing treatment, Ellie is still able to run, play, and enjoy being a kid.

Today, Ellie is eight years old and continues to persevere against cancer—her doctors are hopeful that she’ll be able to finish her second round of treatment and beat her cancer for good in July of 2021. In the meantime, she’s continuing to live her life. She is, of course, one of the Wildcats’ biggest fans. She loves going outside, exploring, playing baseball and reading, as well as learning new things like science, cooking, and baking. She’s driven by her curiosity and the desire to understand the world around her. Through it all, her family and her team at Kentucky Children’s Hospital have been there for her, helping make her childhood extraordinary. 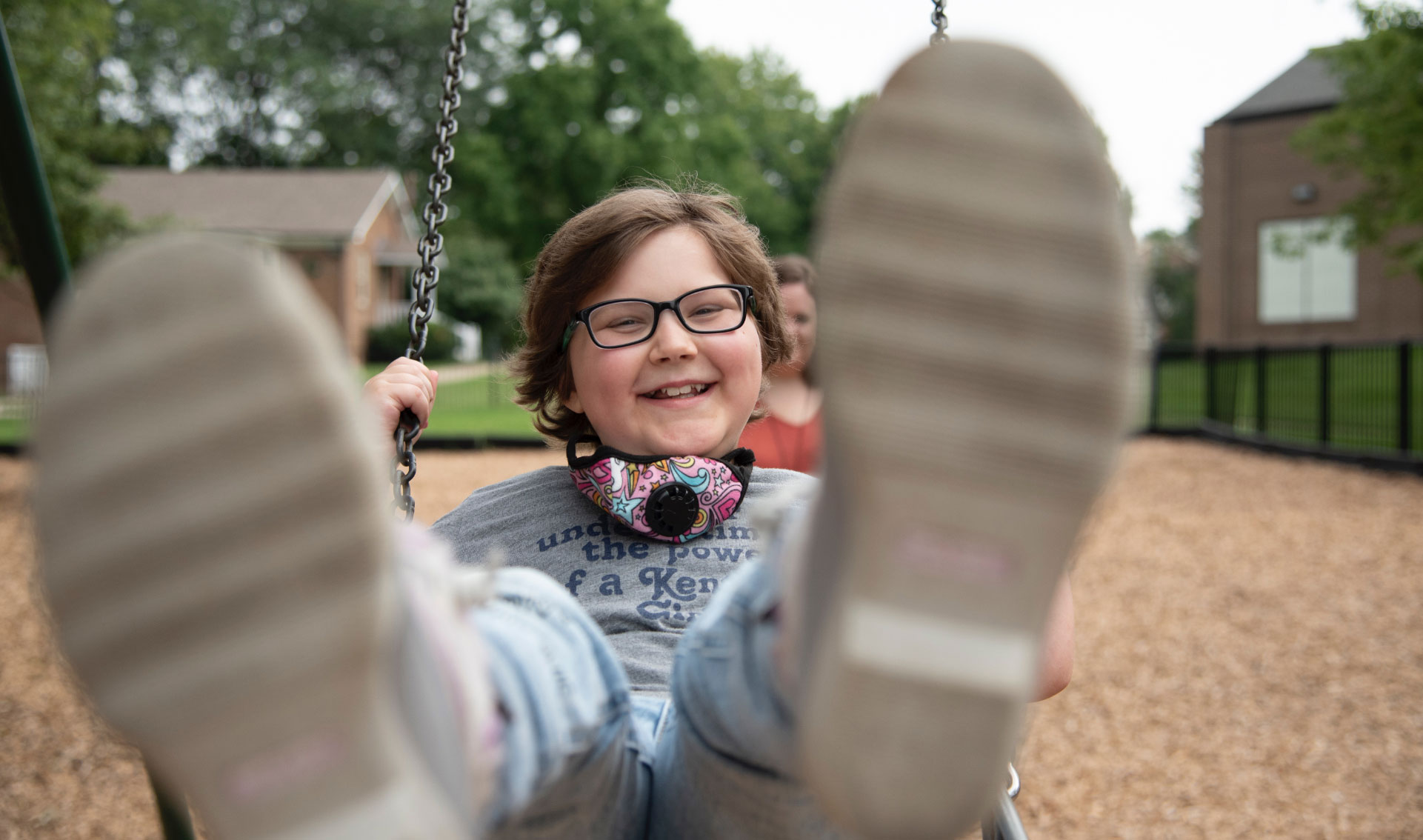 “Her favorite thing is to go outside and explore.”

“We’ve really been lucky to have all these people to come and help Ellie still get to be a normal kid as much as humanly possible,” said Morgan. “She’s eight years old, and she’s spent almost six years of her life being the sick kid. So as much as possible, I want her to have a normal kid experience. She’s been through so much other stuff that no kid should ever have to go through once, let alone twice.” 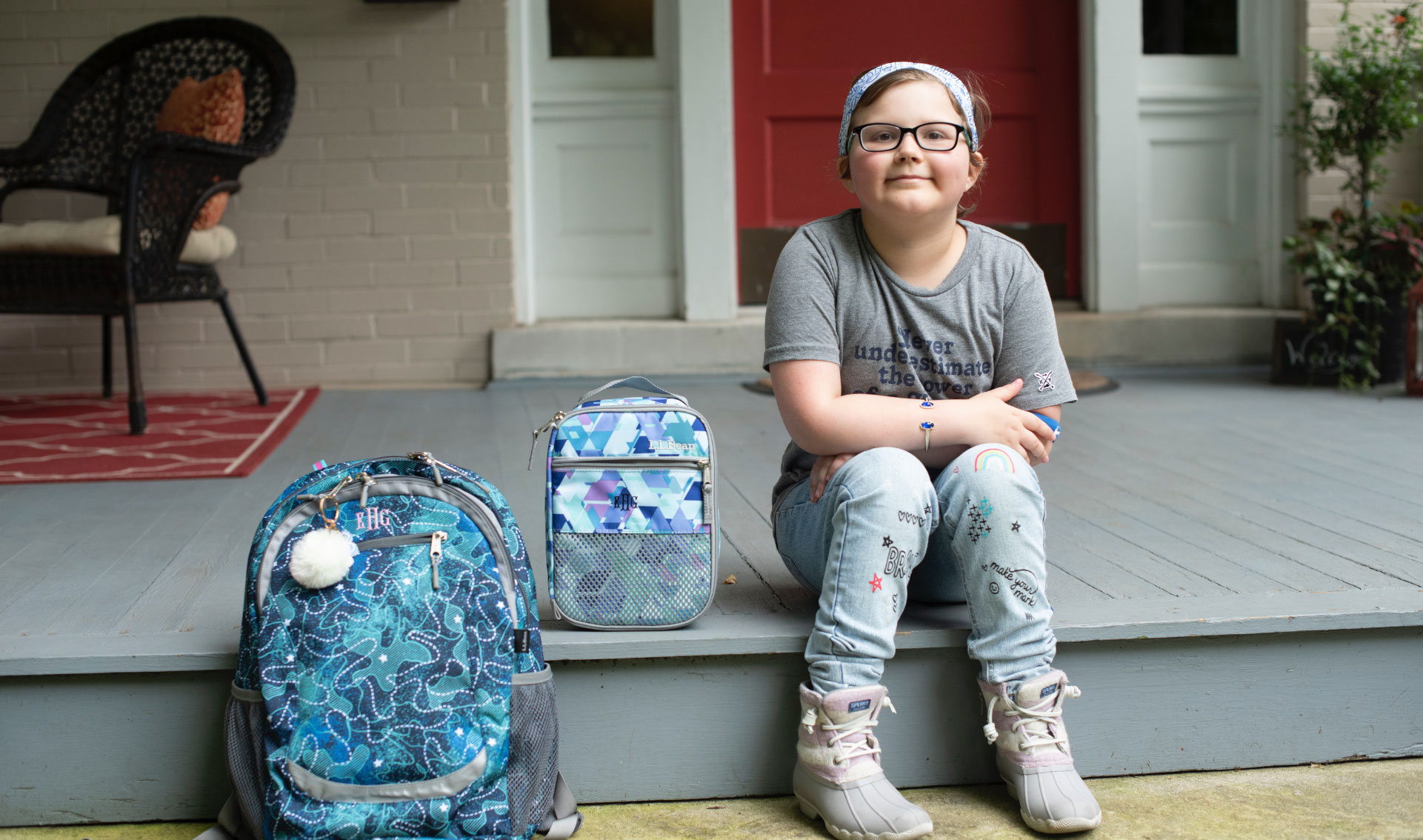 Even with the unknowns of this school year, Ellie is excited about getting back to classes and just being a kid.

“We are the children’s hospital for the state.”Pediatric Services, Teamwork