“You never know when it’s your last down.”

“The stadium was just quiet. All I remember is my teammates around me saying they’re praying for me and they’re going to get this win for me. And it was really emotional because it was just something that you don’t want to happen. It’s the start of the season. You’re excited to play. And all the work that you’ve been putting in to get there, it kind of feels like it was wasted.” 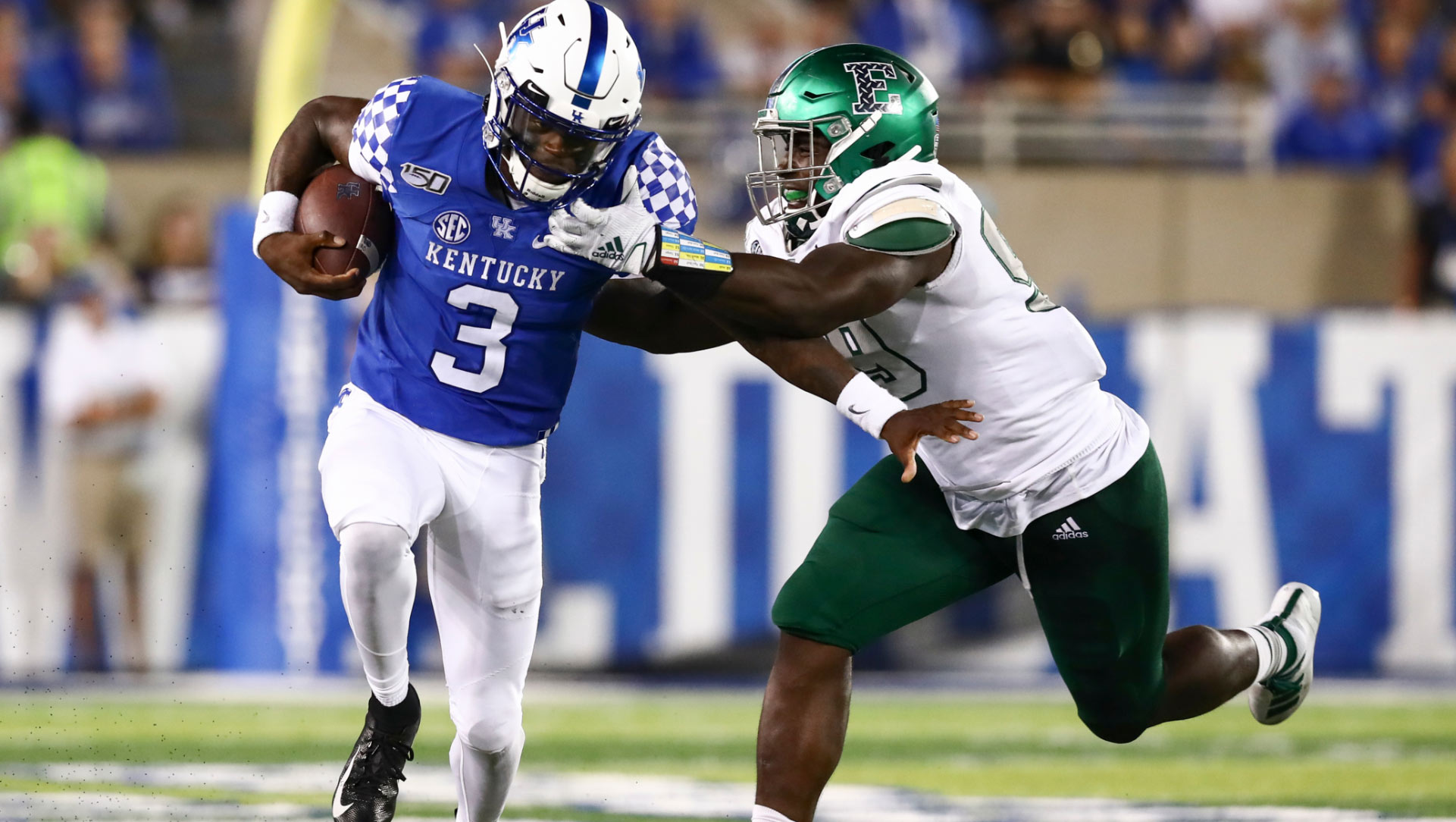 The play that ended Terry’s season.

If you’re a Wildcat fan, you probably remember all too well. It was the second game of UK’s 2019 football season. The Cats were playing Eastern Michigan. In the closing minutes of the 3rd quarter, starting quarterback Terry Wilson was horse-collar tackled by an EMU defender at the end of a 19-yard run. The illegal tackle brought him down awkwardly—and tore his patellar tendon. A season-ending injury. 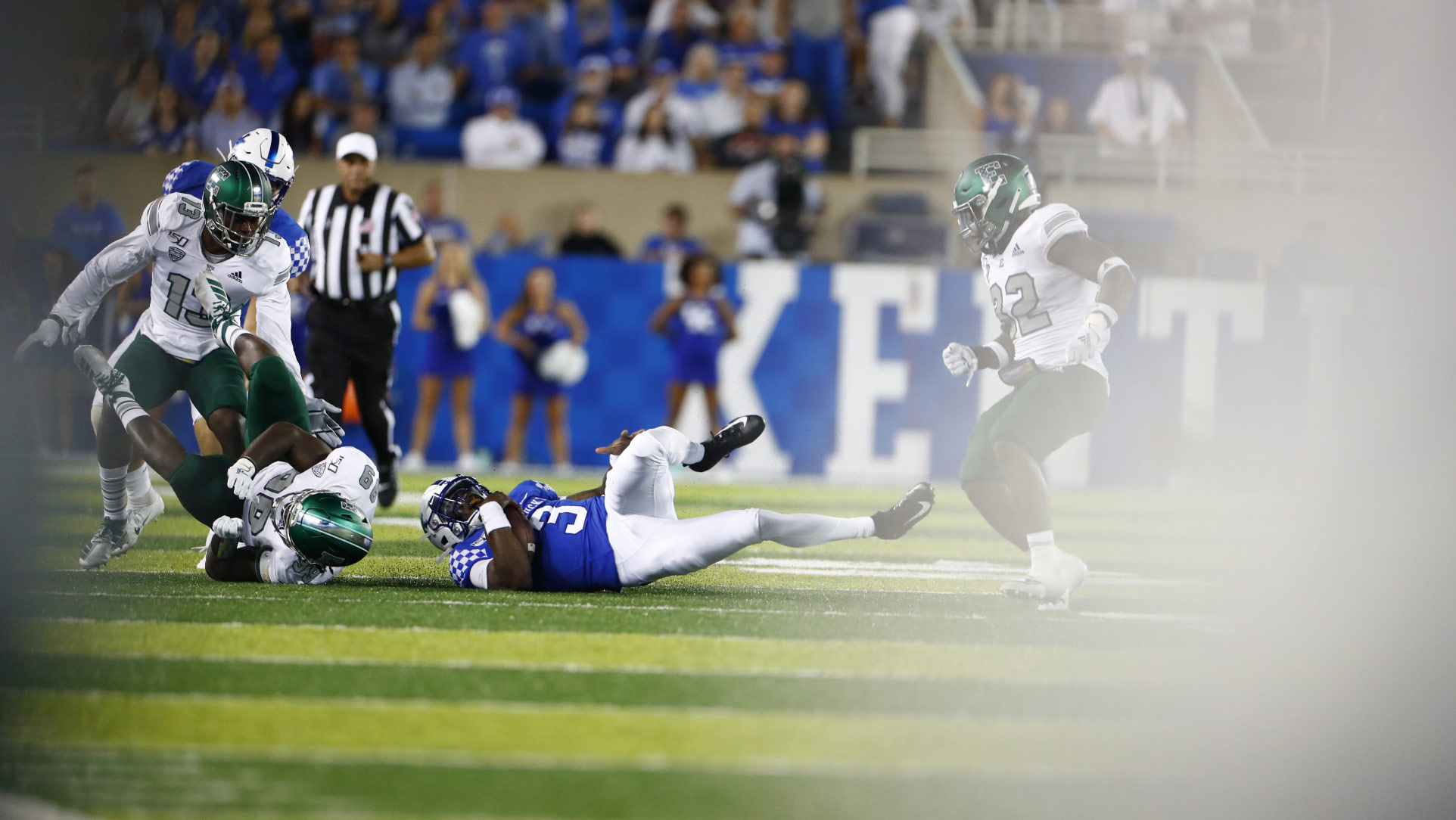 “I felt that pressure in my knee, and I just knew something wasn't right.”

“I remember falling. The tackle…it felt slow motion. And then I landed, and the way I landed, my left leg was just like a full force to the ground. The bottom of my foot hit the turf. My legs bent. I really didn’t feel a pop, but I felt that pressure in my knee, and I just knew something wasn’t right. I was terrified to look down at it. I was terrified just to stretch it. And I’m going through that knowing ‘Okay, this is serious. I’m possibly out for the rest of the season. What do I do now?’” 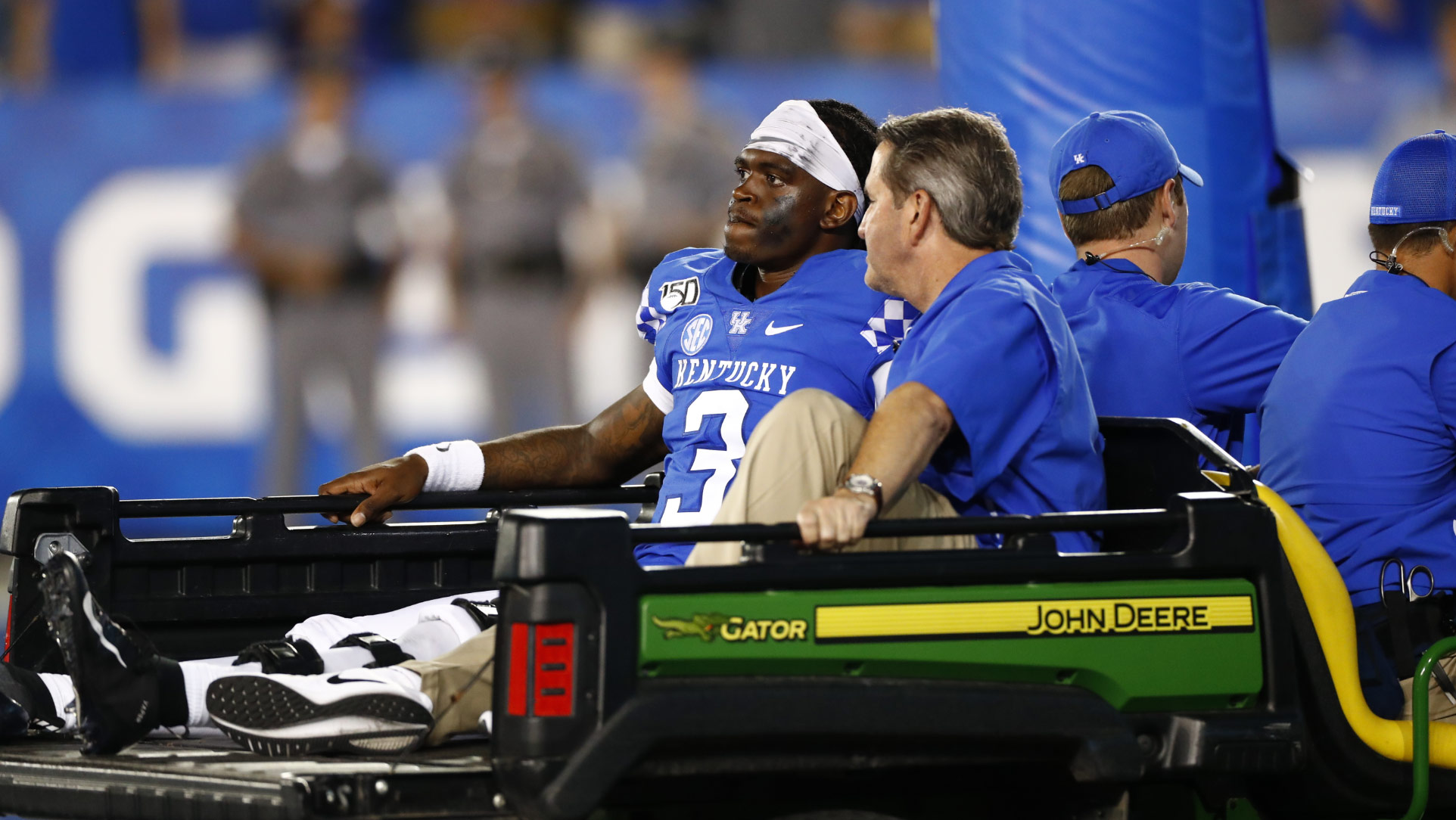 “It’s tough to wrap your mind around what happened sometimes.”

That moment was the first of a long series of unknowns for Terry. After being carted off the field, he learned the extent of his injury, and his prognosis. With surgery and rehab, his knee could be repaired and brought back to full strength, but it was going to be a long road for the quarterback and captain known affectionately across BBN as “Terry Touchdown.” That road started with surgery to repair his tendon, performed by Dr. Darren Johnson, Director and Chief of Sports Medicine at UK HealthCare Orthopaedic Surgery & Sports Medicine and team physician for UK Football.

“Dr. Johnson is a very, very good surgeon,” said Gabe Amponsah, Head Athletic Trainer for UK Football. “He’s a great person to work with because he understands the athletes. He’s a former student athlete himself, way back in the day, so he gets the athletes’ mentality. He really tries to give athletes an opportunity to compete in a safe way, and he does his absolute best to get them back to where they need to be so that they can compete at a high level.” 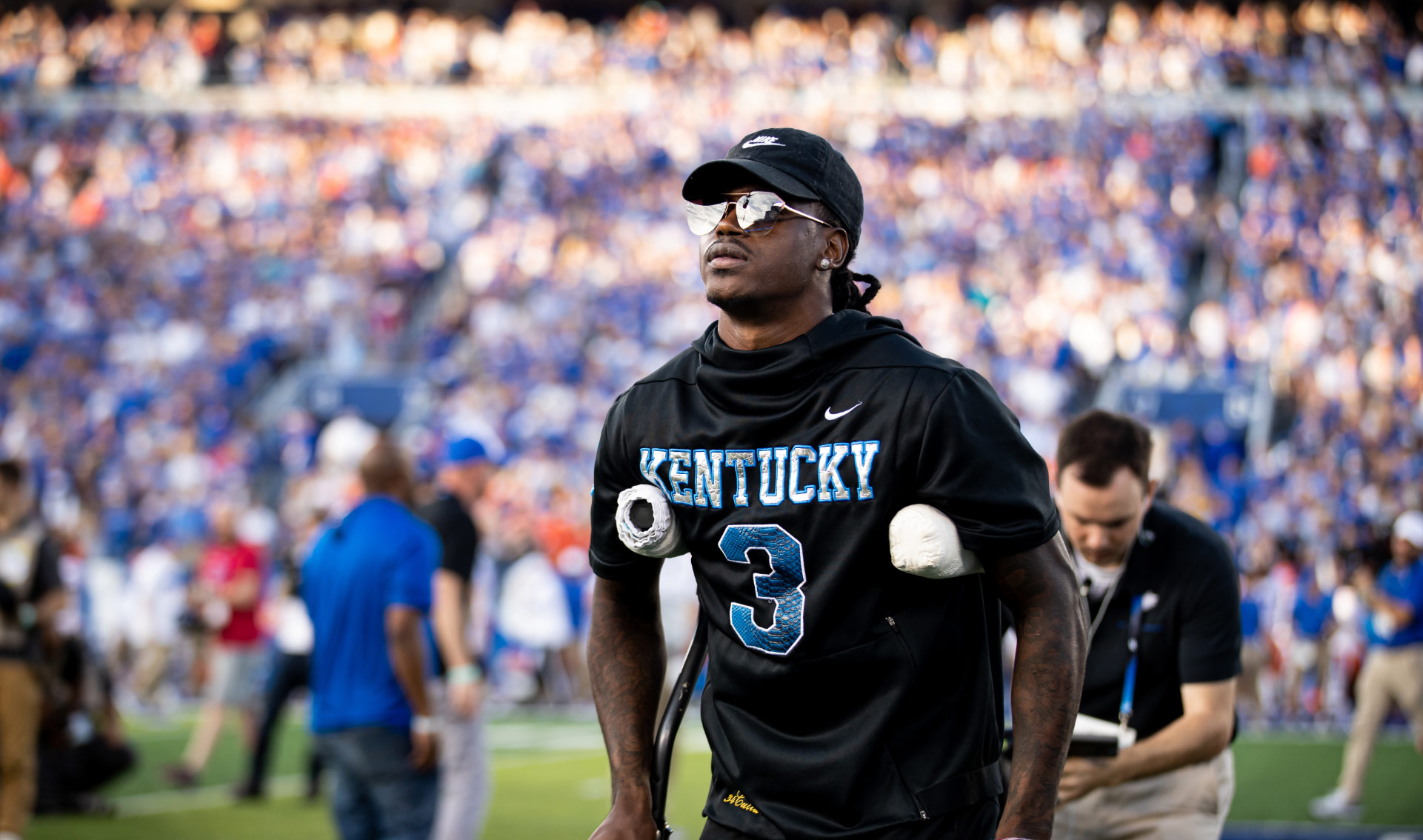 “As a quarterback, not being able to be around my team after I got hurt...it felt like a part of me was gone.”

After surgery—Terry’s first—came rehab. As grueling as it was physically, the mental aspects of the process challenged Terry the most. A lifelong athlete who started playing football when he was six, adjusting to the changes in his body and his routine was a serious challenge.

“The biggest thing that caught me off guard was just losing the girth in my leg after having the surgery. My body was changing. I was losing weight. So it was just like I wasn’t myself. At a certain point in time, I didn’t see the light at the end of the tunnel. You have those doubts in your mind: ‘Are you going to be able to come back and be able to perform and play like you used to?’” 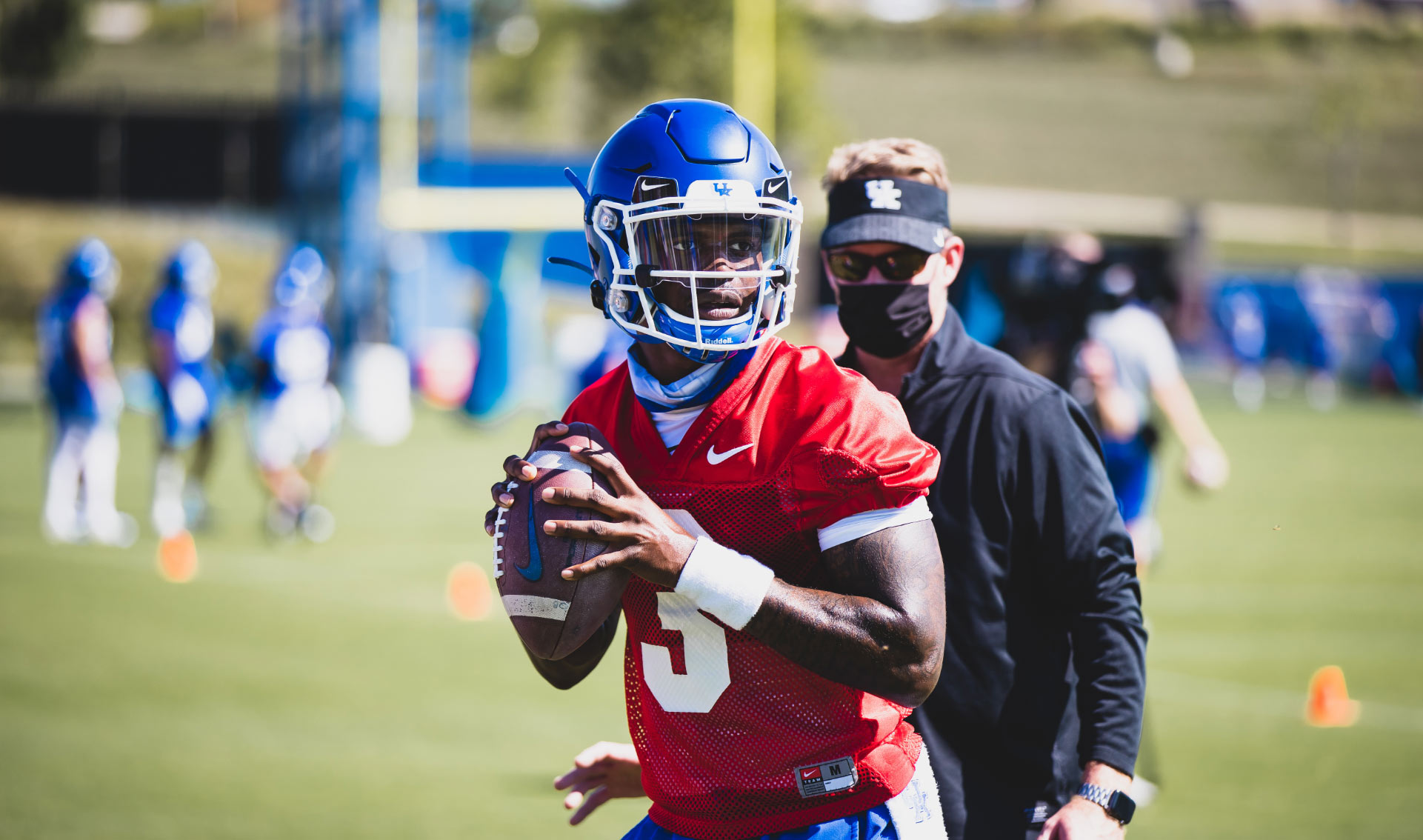 For athletes recovering from injuries like Terry’s, the biggest hurdles aren’t physical—they’re mental.

But Terry didn’t give up. He relied on the support of his trainer, his coaches, his teammates, his family, and his girlfriend. When the process felt impossible, they helped him find the strength to push through. 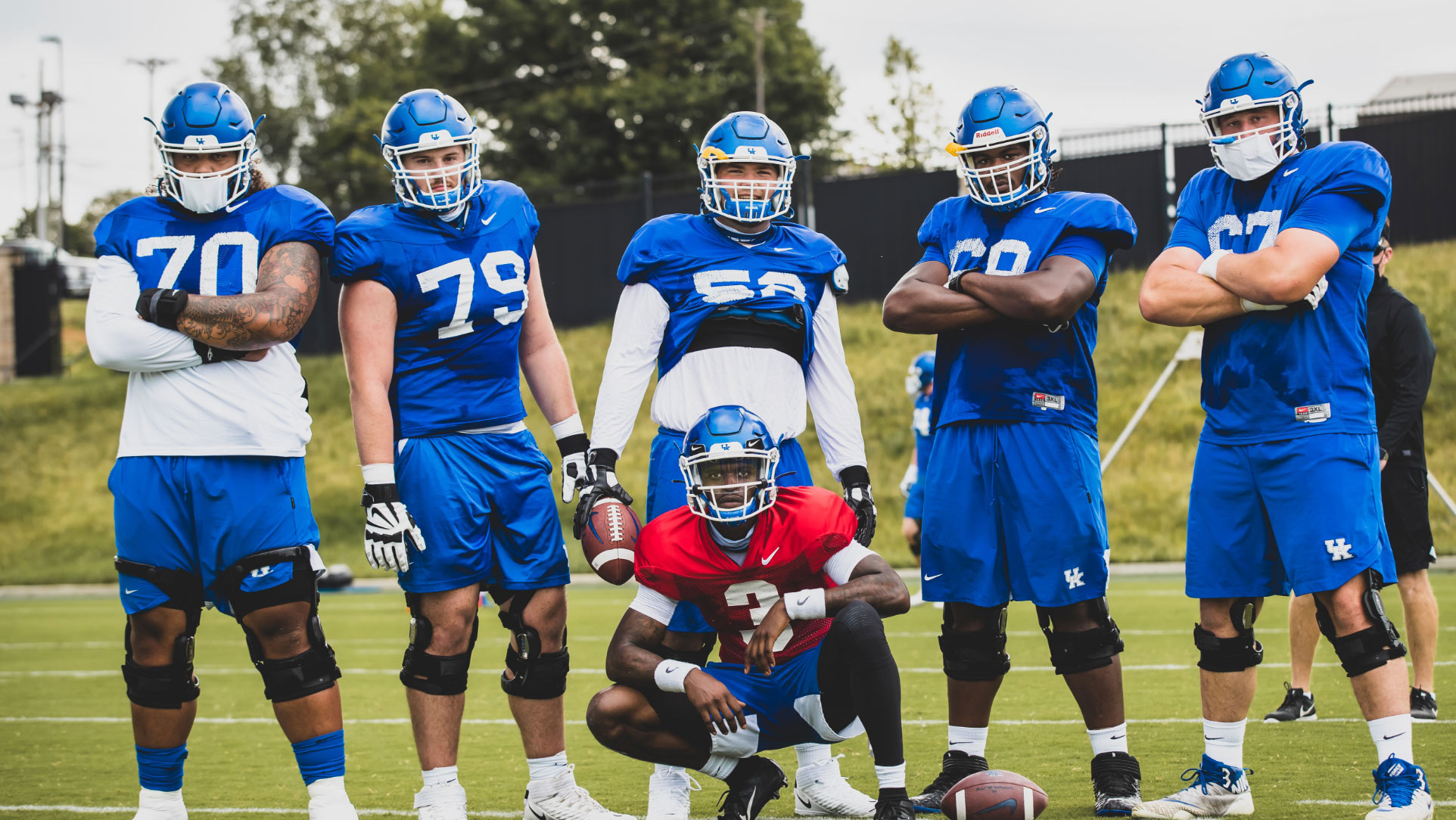 Terry has told BBN he isn’t the same quarterback they’ve seen (in a good way).

“I hit a mental block. I was rehabbing and rehabbing and rehabbing and just pushing myself. And I got to a point where it was like, ‘Man, do I even want to do this anymore?’ I remember the day, Gabe, our head athletic trainer, called me into his office, and we sat down and talked for a good 45 minutes. He told me, ‘You don’t have all the pressure on your shoulders. Right now, all you have to worry about is school and just getting your knee back to where it needs to be. Get it stronger each day.’” 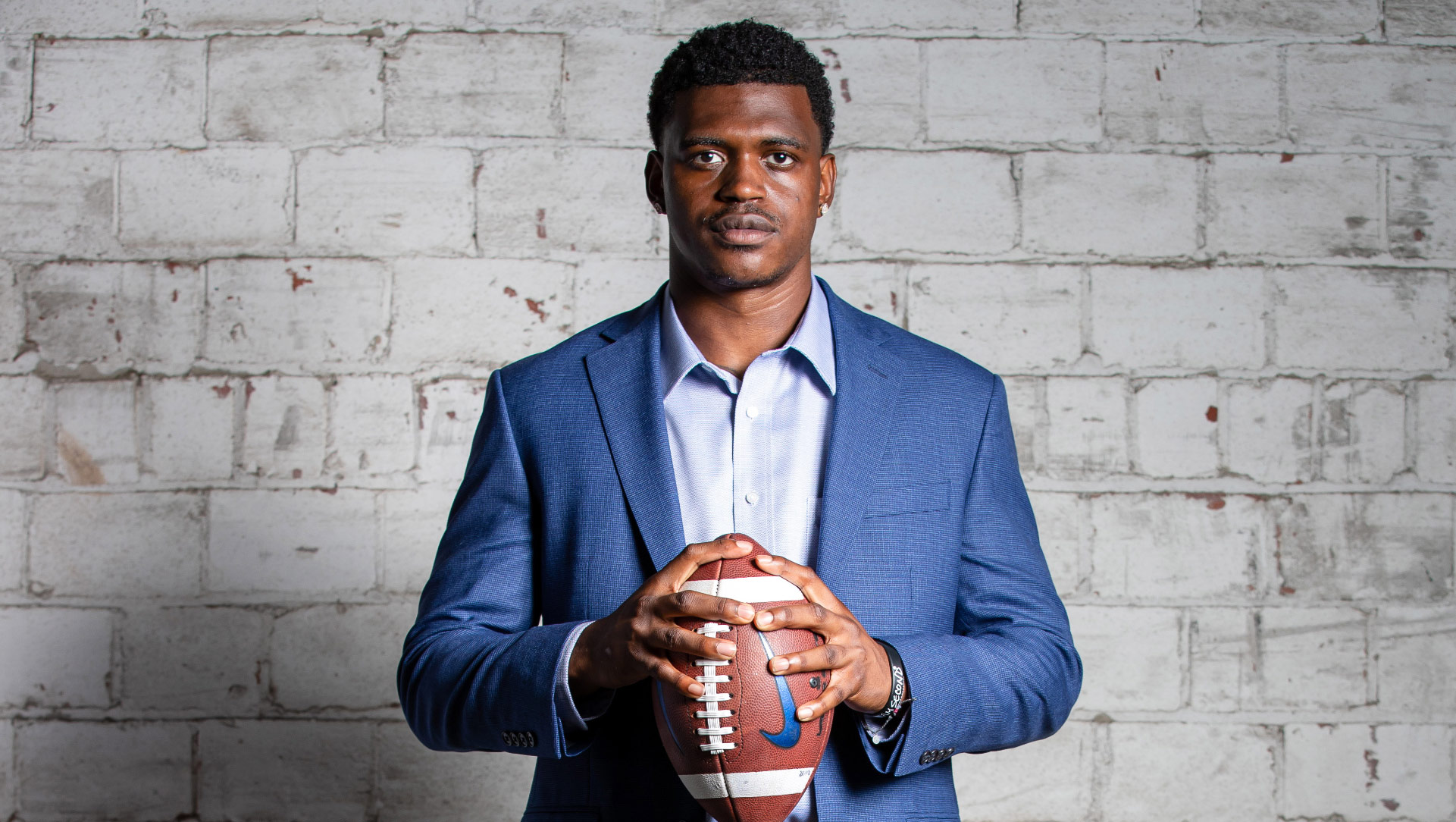 “I’m glad that I went through it, because I’ve learned so many valuable things from this experience.”

“Once you start progressing and getting your confidence back, it’s like a light switches on. You’re like, ‘Oh, okay. I can handle this. It’s getting easier. I’m getting stronger.’ And it just takes off from there. It was pretty slow just going through everything at first, and then it just took off. I was doing quarterback drills and running full speed and cutting and just getting back to my normal self. Now I feel fine. I feel a hundred percent like nothing happened. It took some time. But just having that mindset that you’re going to get better, it goes a long way.”

“This is an extremely tough injury to come back from,” said Dr. Johnson. “I tell the athletes the surgery part is easy. It all starts on day one after surgery, and you have a tough nine to twelve months ahead of you. Terry’s personal motivation and internal toughness pushed him to the point where he is today.” 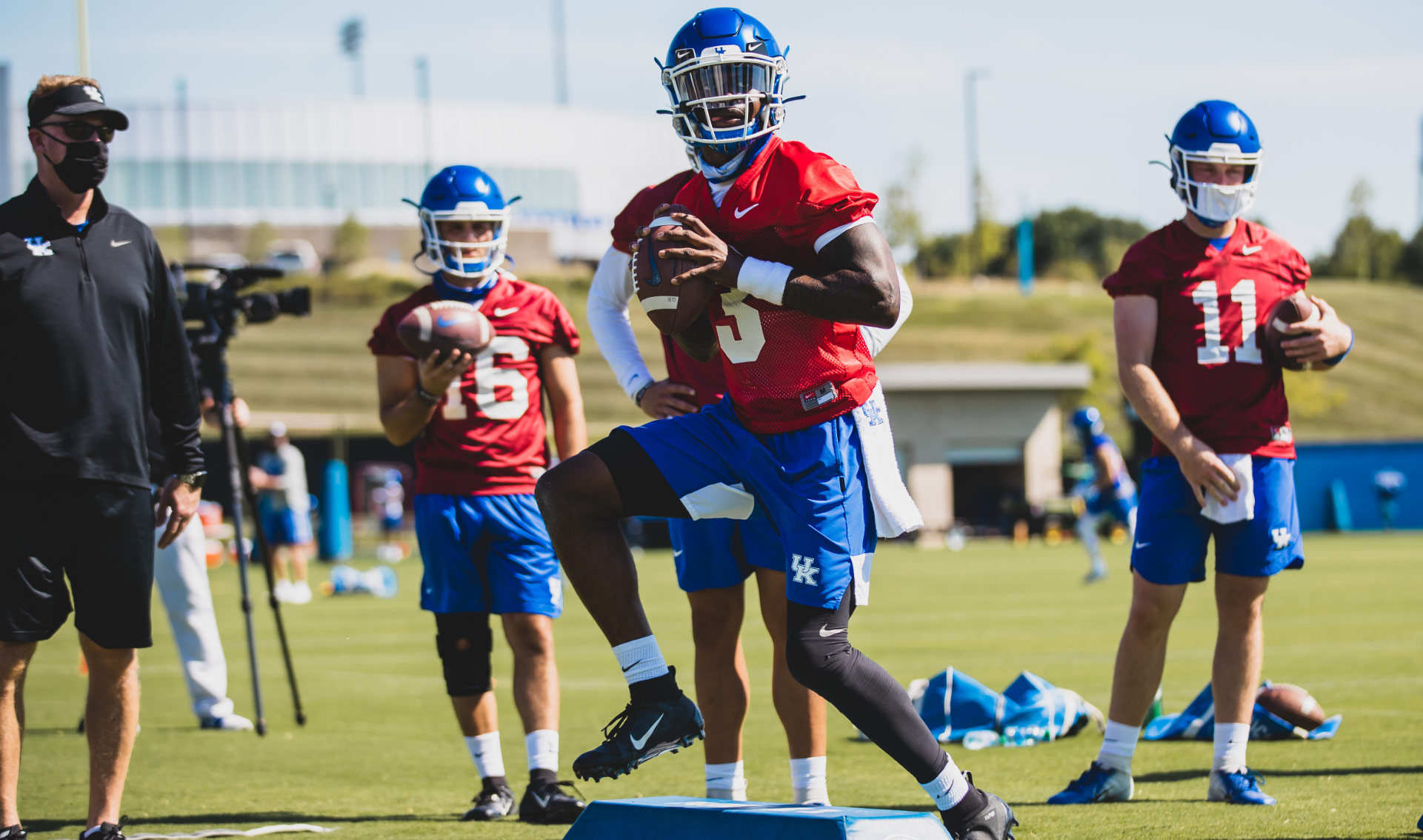 “Now I feel fine. I feel one hundred percent like nothing happened.”

“Until an athlete has that confidence in their mind that they can actually do this, then they’re not ready,” said Gabe. “Terry’s got that confidence. He’s got that swagger back, where he feels really good about his knee and the way he’s running and moving and throwing the ball. I’m excited for him to get out there and let it loose and show everyone that all his hard work has paid off, because he’s worked his tail off to get where he is. I just hope he’s able to showcase it this season.” 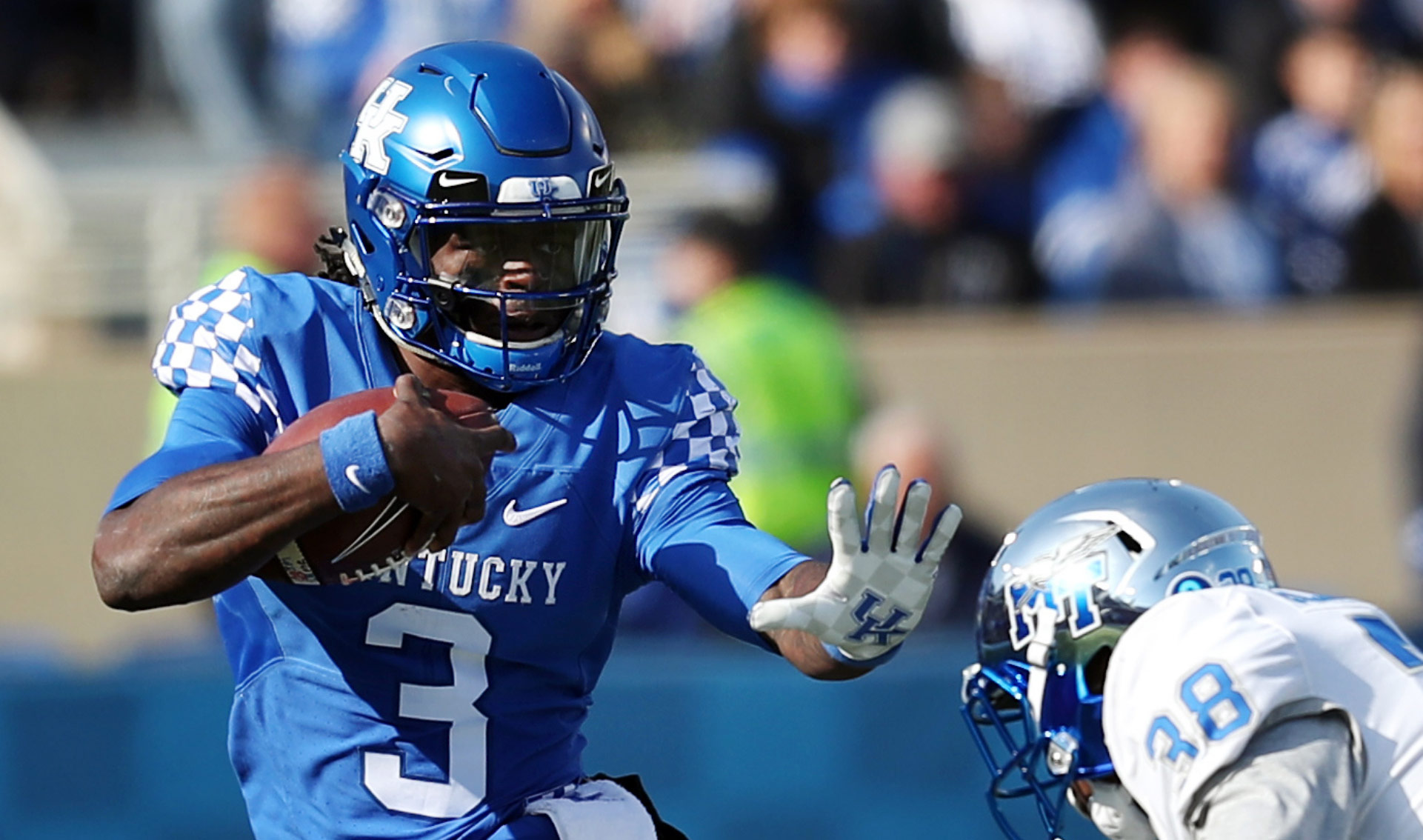 Like the rest of the world, Terry doesn’t know what the 2020 season will look like in the midst of a global pandemic. He has plenty to look forward to, though: he’s fully healed, back on the field with his teammates, and, most of all, he and his girlfriend welcomed their first child, a daughter, at the end of August. 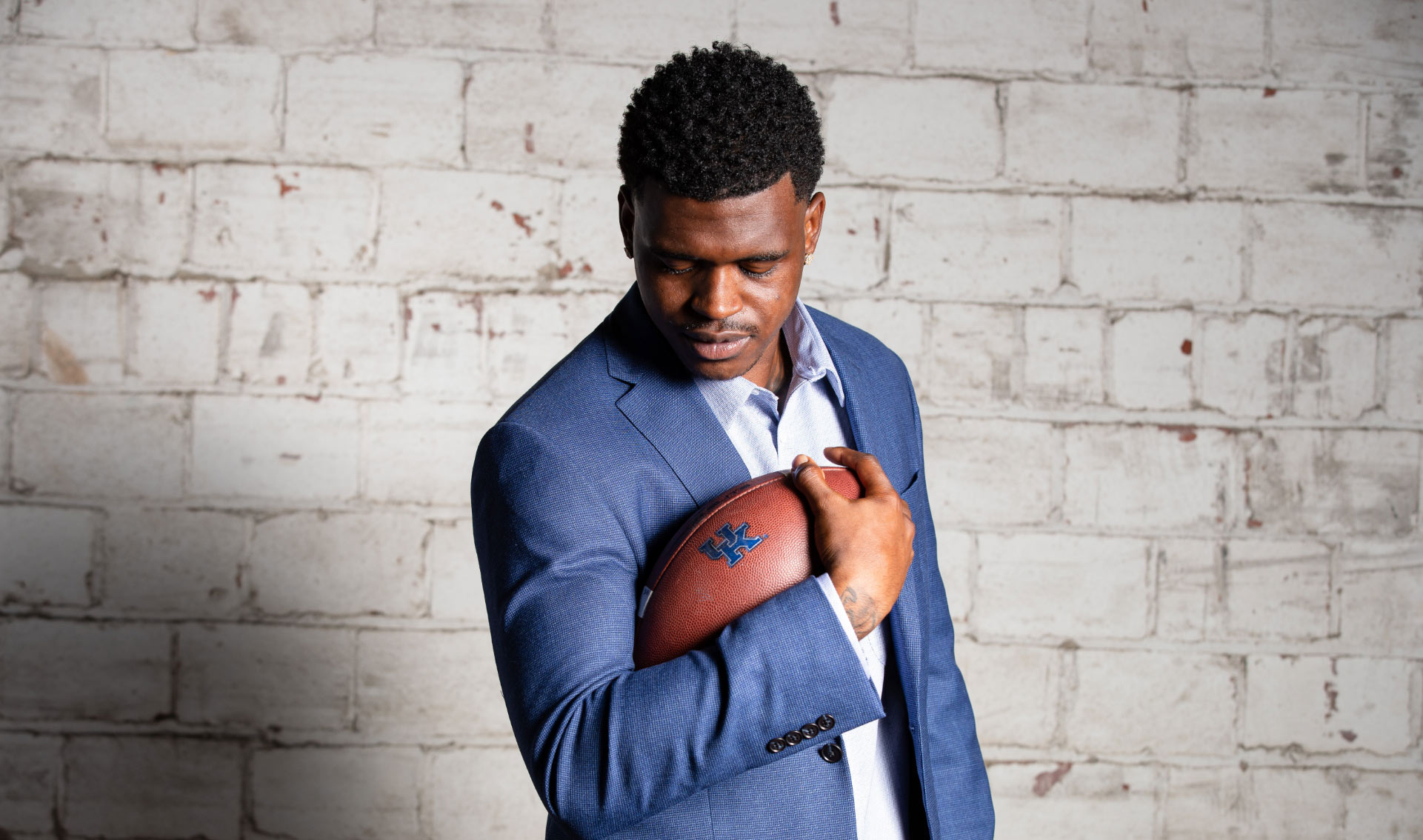 “I cannot wait. I’m ready just to learn and grow as a dad. The things that I’ve learned from football and the injury—the mental toughness, the patience, what it takes to be a winner, what a leader does, all those things—I want to just use that.”

No matter what the season holds, Terry knows two things for sure. He’s stronger than he’s ever been, and he’s more prepared than ever for whatever comes next. 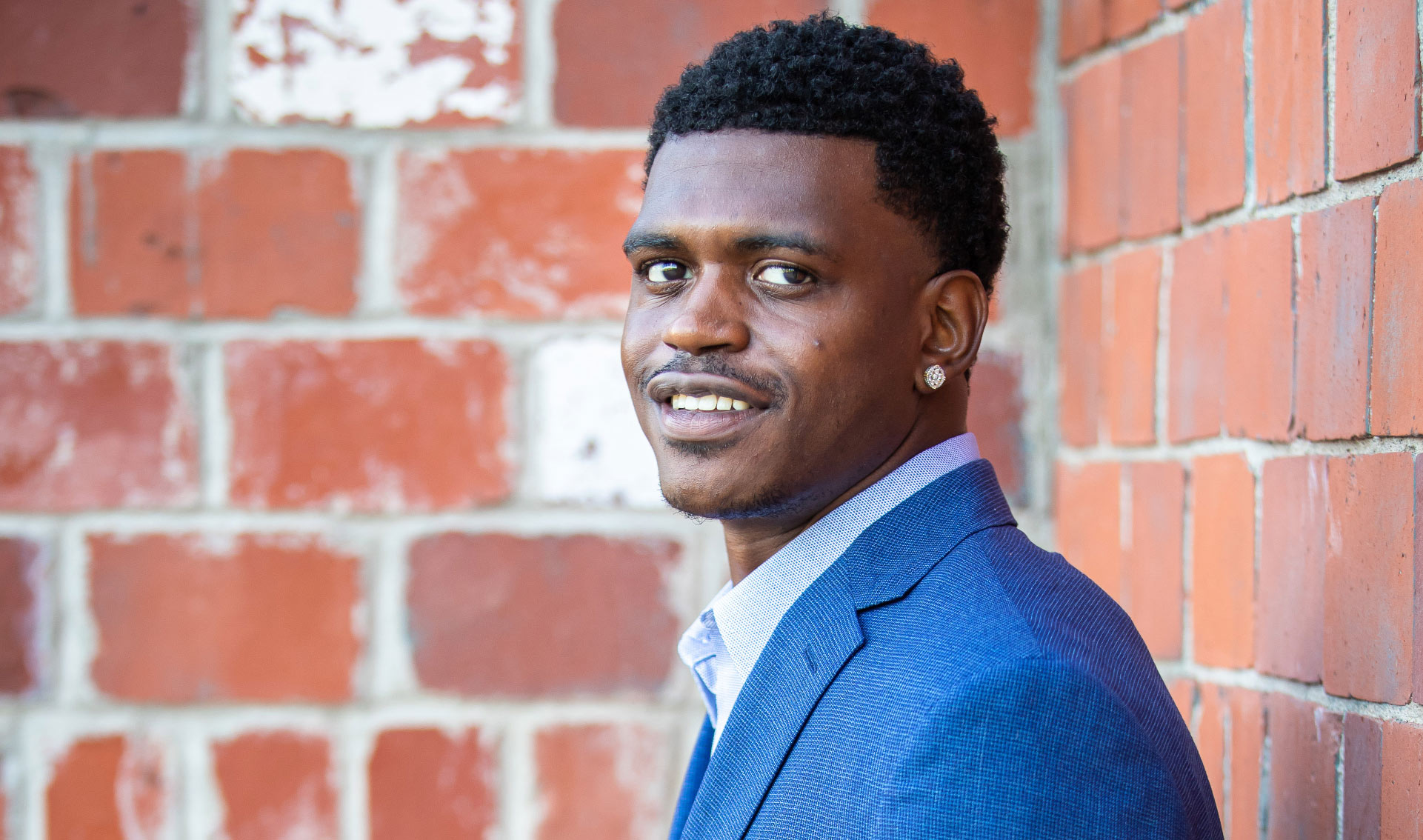 “The things that I've learned from football and the injury, I want to always use that in life.”

“What was done for me, I want to do for others.”Big Blue Nation, Orthopaedics