“What was done for me, I want to do for others.”

“One of my teammates threw it to me for a fast break lay-up. So I’m going, trying to take us into halftime with some momentum because we’re down by two. I get down to the basket, and I plant on two feet, a movement I’ve made a thousand times, and my right knee buckles. I got fouled as I was going up for the layup. I’m laying on the ground screaming, the gym is quiet, and I’m holding my knee.” 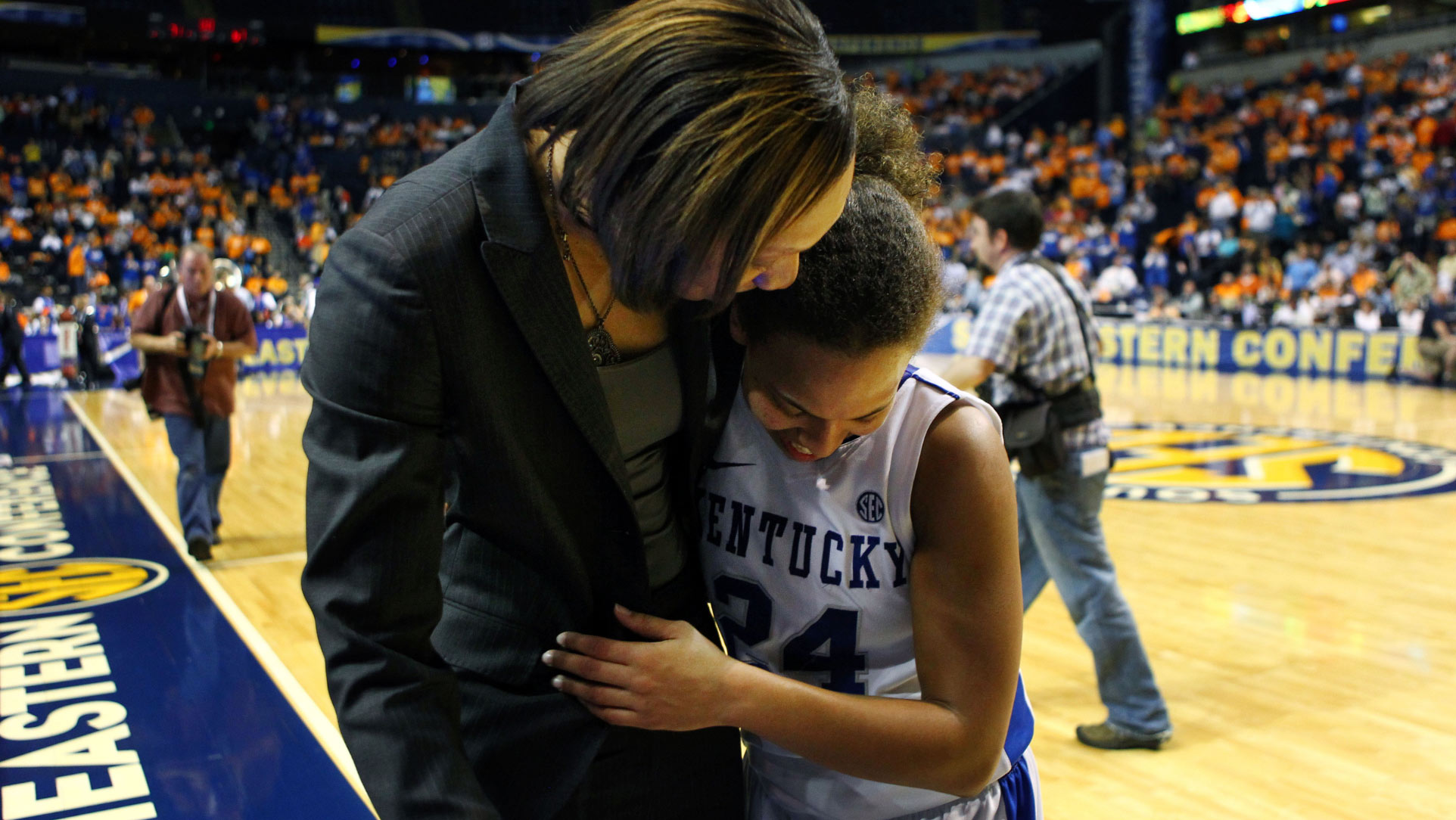 Amber Smith in her playing days, when she was part of the most successful senior class in the program’s history.

Amber Smith had just started her freshman season on the University of Kentucky Women’s Basketball team when disaster struck. During a game in February of 2008, Amber tore her right ACL. She started to think that her career as a Wildcat was ending just as it was beginning. Her dreams of becoming an SEC champion, and later becoming a coach, felt like they were slipping away from her. 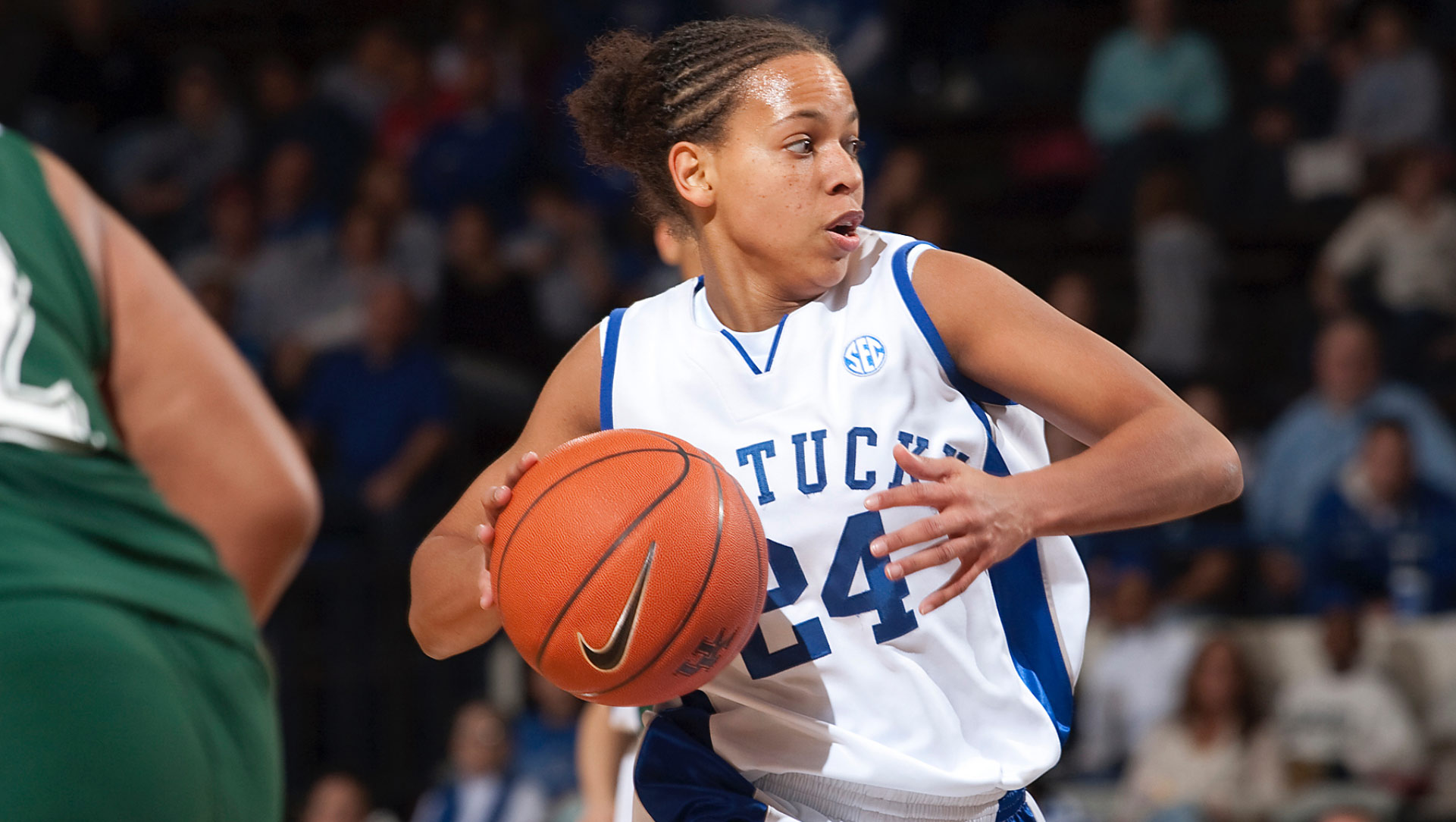 After recovering from her first injury, Amber felt like she was back and playing better than before.

“I thought my career was over. I was never going to be the type of player that I was. I was playing my best game, I had just started getting in the starting five. I was very, very down. I did not know how to handle the situation, because it had never happened, and it’s not something that somebody prepares you for.” 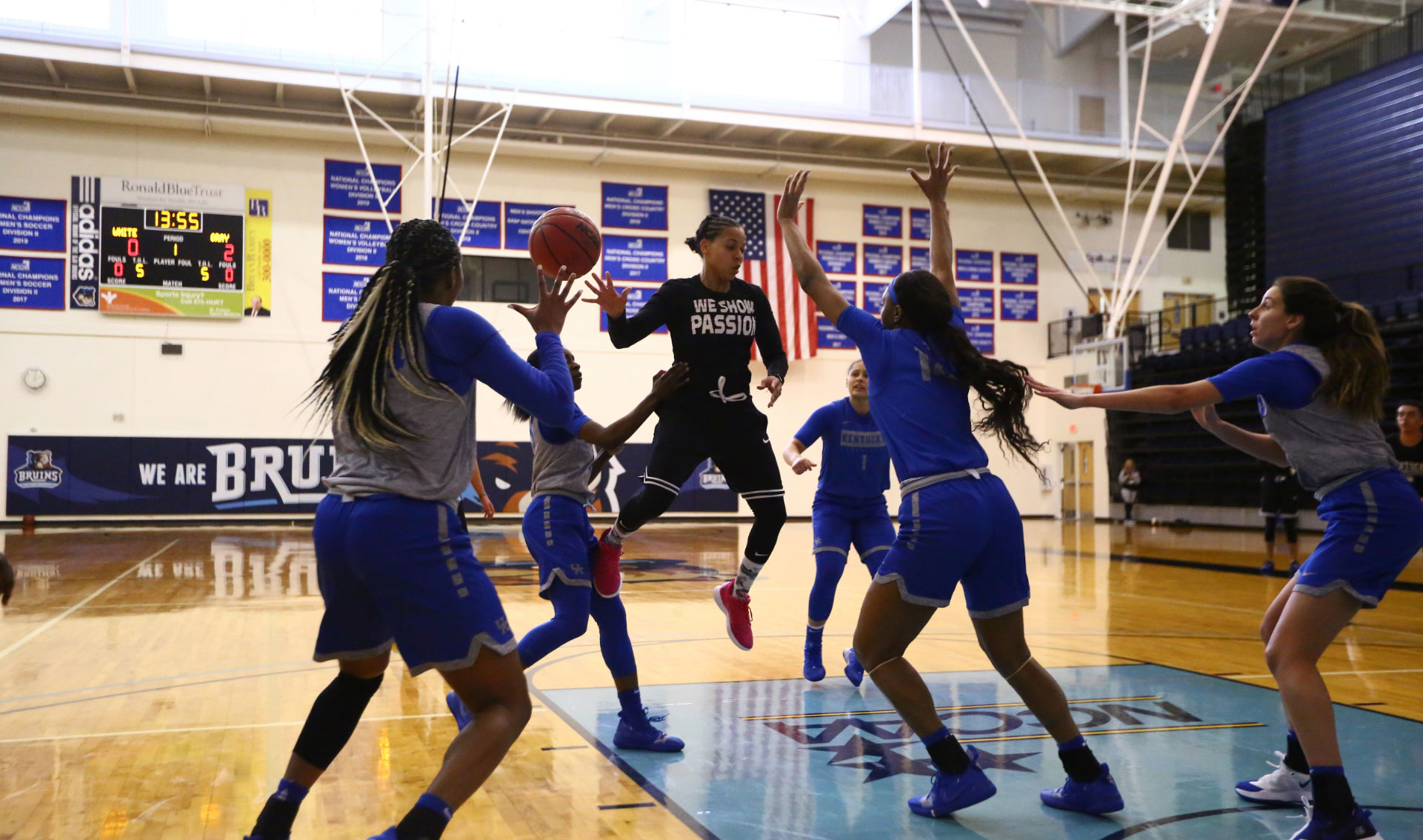 “It makes you feel better when you feel like you are valued, and that the team still needs you.”

In March of 2008, Amber had ACL reconstruction surgery with Dr. Scott Mair, a sports medicine specialist at UK HealthCare Orthopaedic Surgery & Sports Medicine and the team surgeon for UK Basketball. After a long recovery period, she made her triumphant return to the court in time to play her sophomore and junior seasons, feeling better than she ever had, despite her earlier fears. 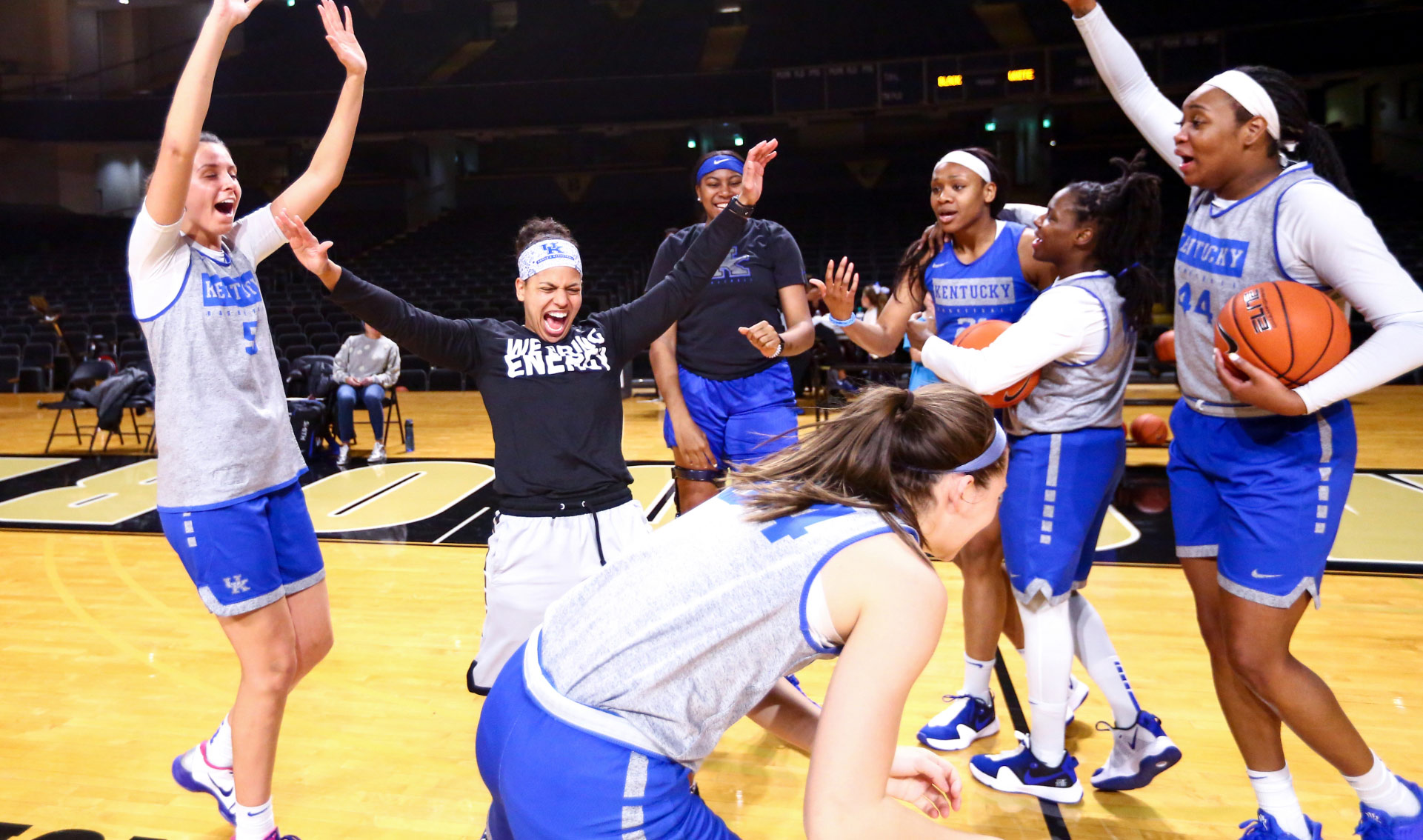 “You can't get out on the court second guessing yourself. You’ve just got to go.”

But just two years later, in July of 2010, another disaster: Amber tore her left ACL during a pickup game. Another devastating injury. Another season potentially lost. This time, Amber knew she wanted to handle it differently and make the most of her circumstances, staying positive and carrying on for her teammates. 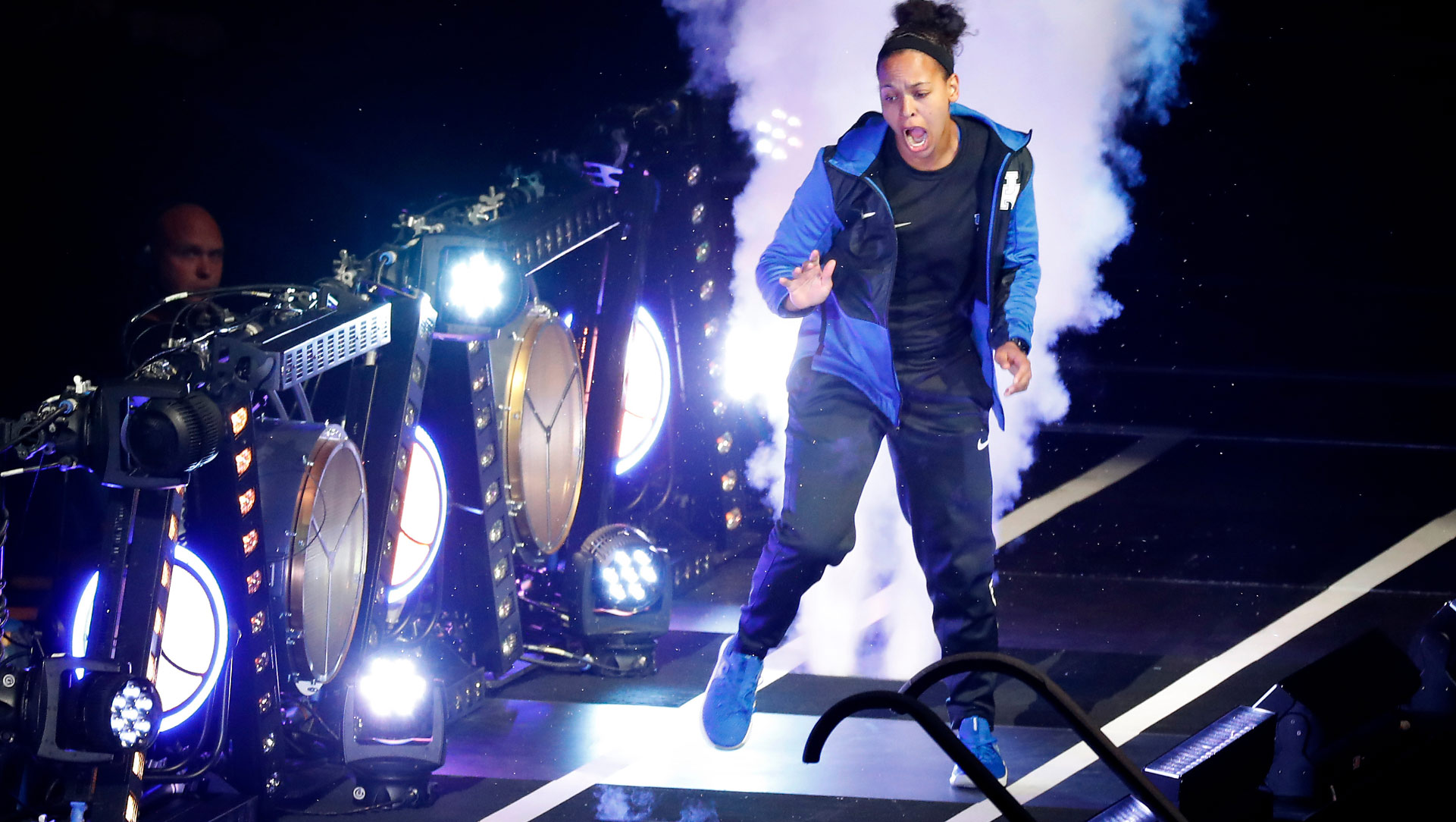 Amber shows that she can still move with the best of them at Big Blue Madness.

“The second time around, I chose to be better and do better, as far as just making sure I was here for my teammates and not making it about myself. I think it helps the rehab process when you’re positive.”

Despite her goal of returning to the court in time to finish her senior year with her teammates, Amber’s rehab schedule meant it was impossible. Because of that, a medical redshirt allowed her a fifth year of eligibility, and the chance to achieve a longtime goal. 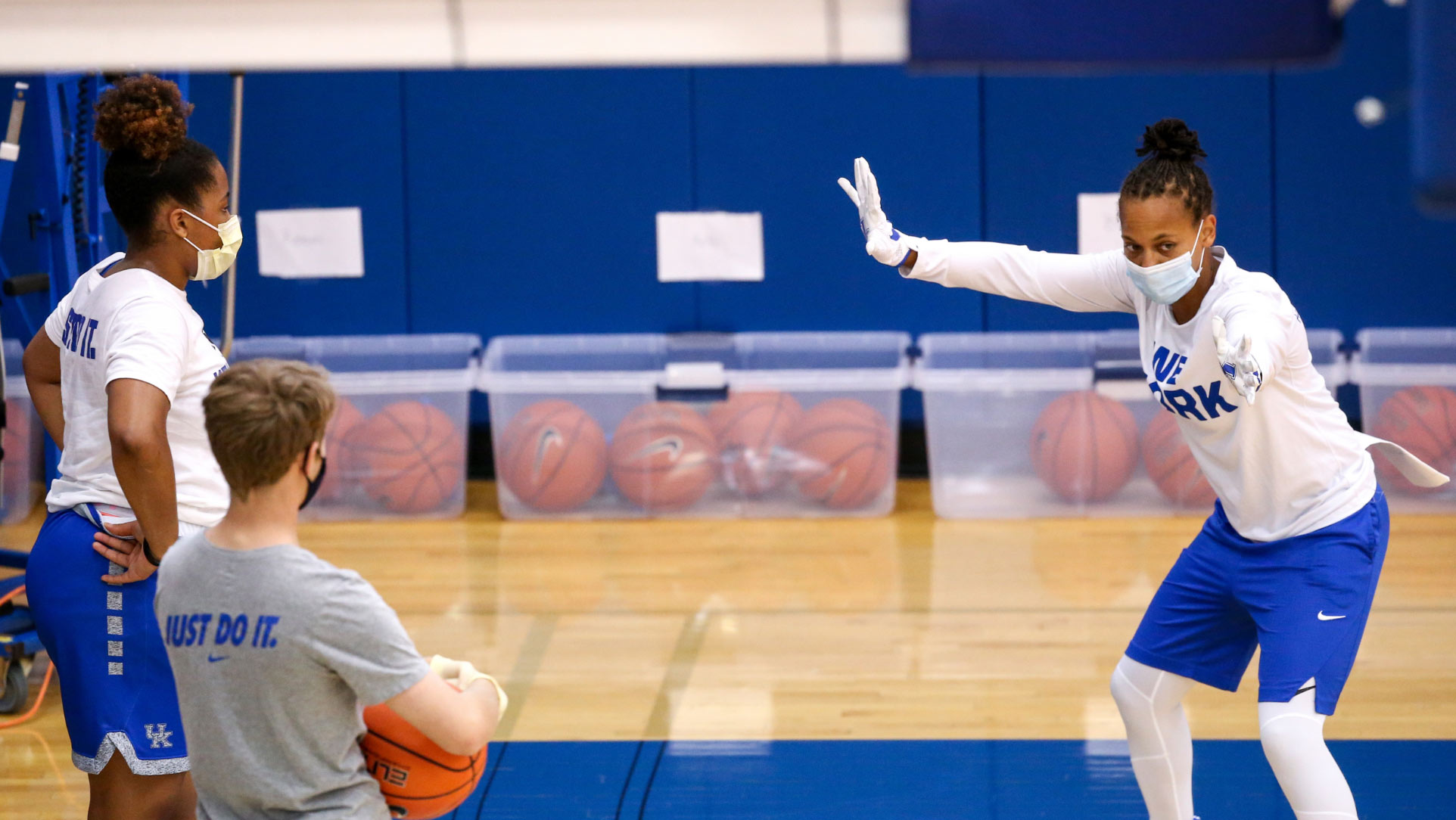 Amber uses her experience to inspire and push her players in her role on the UK Women’s Basketball coaching staff.

“When I look back at it, it’s a blessing in disguise, because we were able to win the SEC championship my fifth year. If that didn’t happen, I wouldn’t have been a champion in the SEC.”

After ending her college career on a high note, Amber moved onto another goal: becoming a college coach, a dream she’d had since high school. She spent several seasons as the Director of Player Development for the UK Women’s Basketball team before becoming an assistant coach—a role she continues in today. She uses her experiences as a player and an injured athlete to help inspire her team to overcome their own challenges. 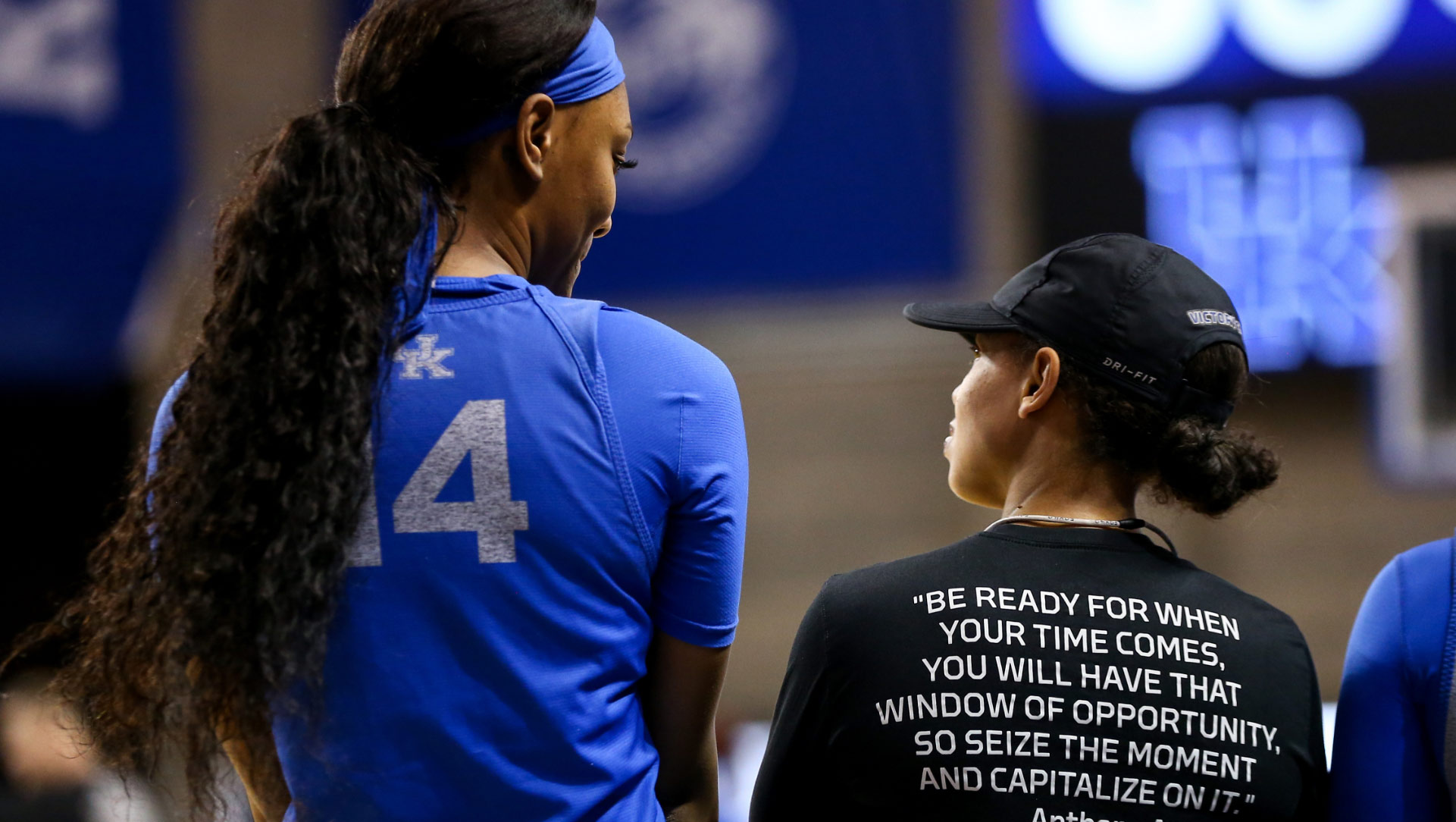 “Players will listen to you when you’ve been in their shoes.”

“I think more than anything, my injuries gave me some validity. Players will listen to you when you’ve been in their shoes. I’m in a unique position because I’ve been in their exact shoes at Kentucky, and I have personally been cared for by the doctors here at UK HealthCare. When one of our former players, Ogechi Anyagaligbo, had her ACL surgery, I told her, ‘They’re going to take care of you. They took care of me, they did my surgery.’ If you can open up to a player, and be transparent about your struggles—because it wasn’t just all rainbows—I think it helps make them more comfortable, and they listen to what you have to say.” 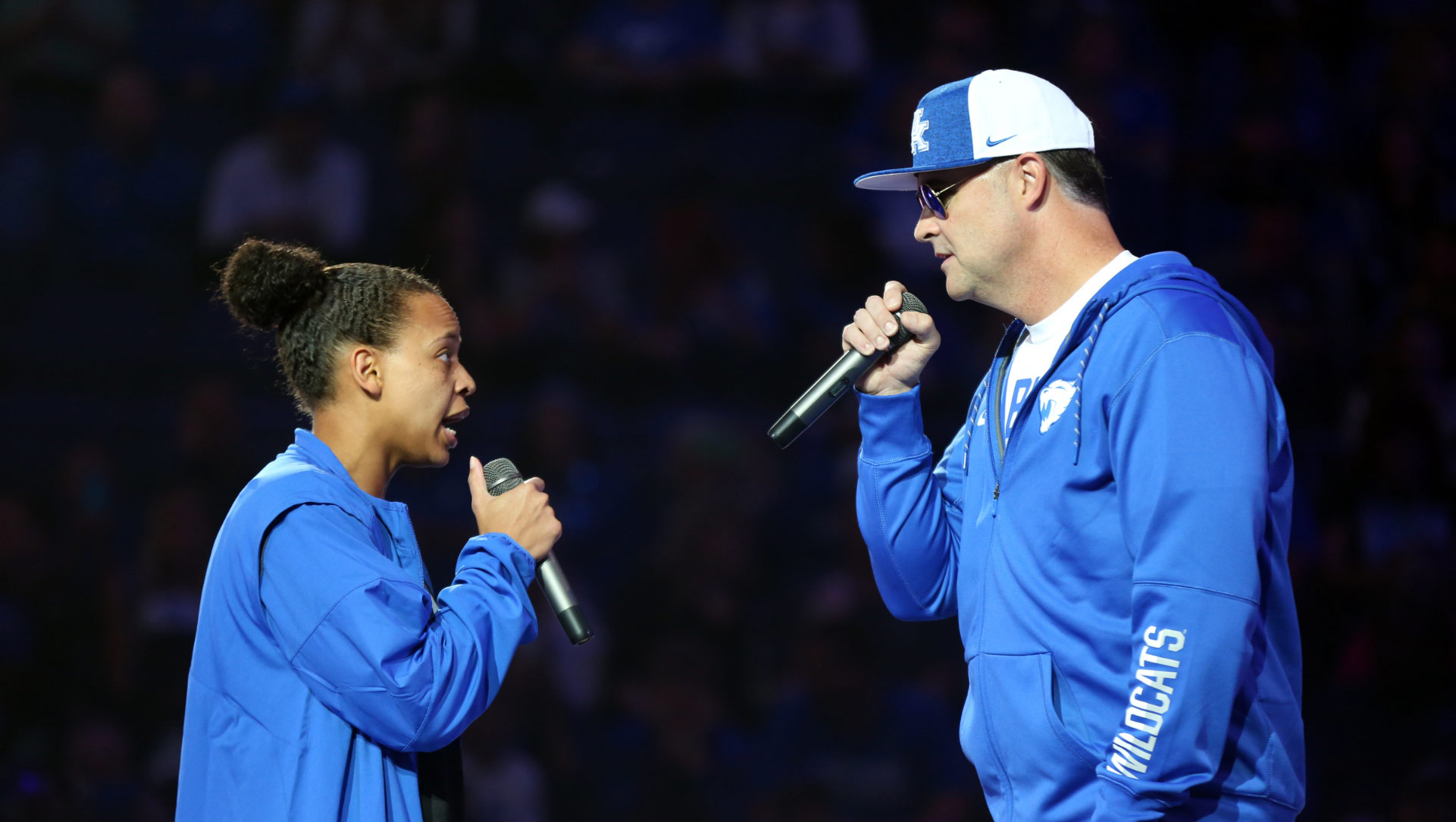 Coach Mitchell inspired Amber to get back in the game after her injury. Today, she does the same for her players. 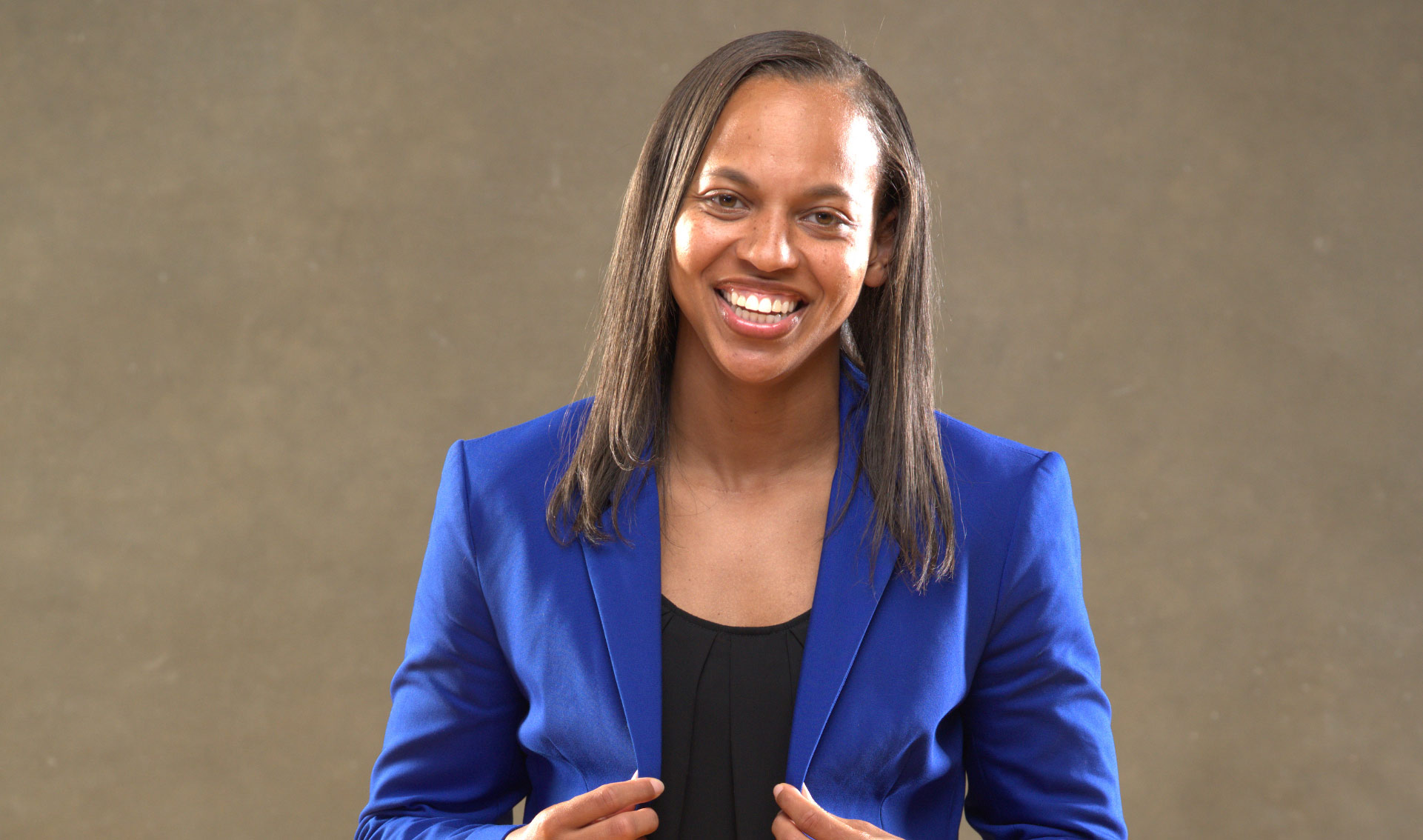 “This is what I want to do. I love basketball, and I love impacting young women’s lives.”

See how we care for athletes like Coach Smith

READ MORE
“What was done for me, I want to do for others.”2020-09-182020-09-18https://proof.ukhealthcare.com/wp-content/uploads/2019/04/ukhc-logo-white.pngWe Are Proof | UK HealthCarehttps://proof.ukhealthcare.com/wp-content/uploads/2020/09/amber-smith-featured.jpg200px200px
Contact
Follow Us
© University of Kentucky, Lexington, Kentucky, USA | An Equal Opportunity University | Interpreter Services | Notice of Non-Discrimination | Sitemap | Privacy Policy