“It just didn’t make sense—my kid that had been so athletic, and built like a brick house, suddenly couldn’t keep her head up. I mean, she would fall asleep in the parking lot on our way home from school.” 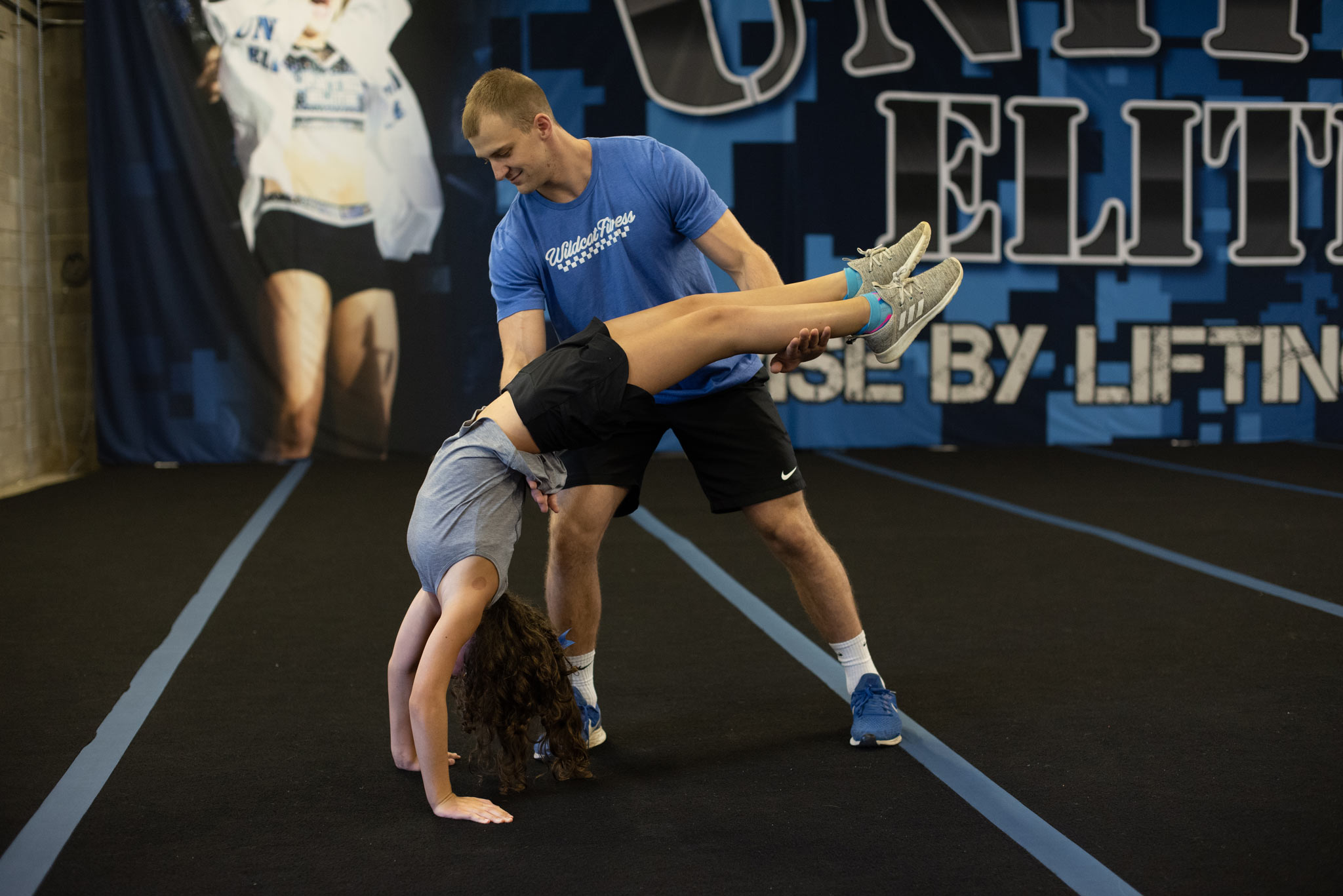 “She doesn’t use her diagnosis as any kind of excuse. She is totally capable of anything.”

In March of 2019, Elizabeth Templeman needed answers. Her daughter, Gracie, a high schooler and an avid athlete, was chronically fatigued, to the point that she was crying during cheerleading practice and falling asleep in the car on the way home. Elizabeth and Gracie visited her pediatrician—himself a UK College of Medicine graduate—who ran a series of tests and referred her for a sleep study. When Gracie’s results came back showing elevated hormone levels, Elizabeth and Gracie were referred to Dr. Alba Morales, a pediatric endocrinologist at UK HealthCare’s Barnstable Brown Diabetes Center. 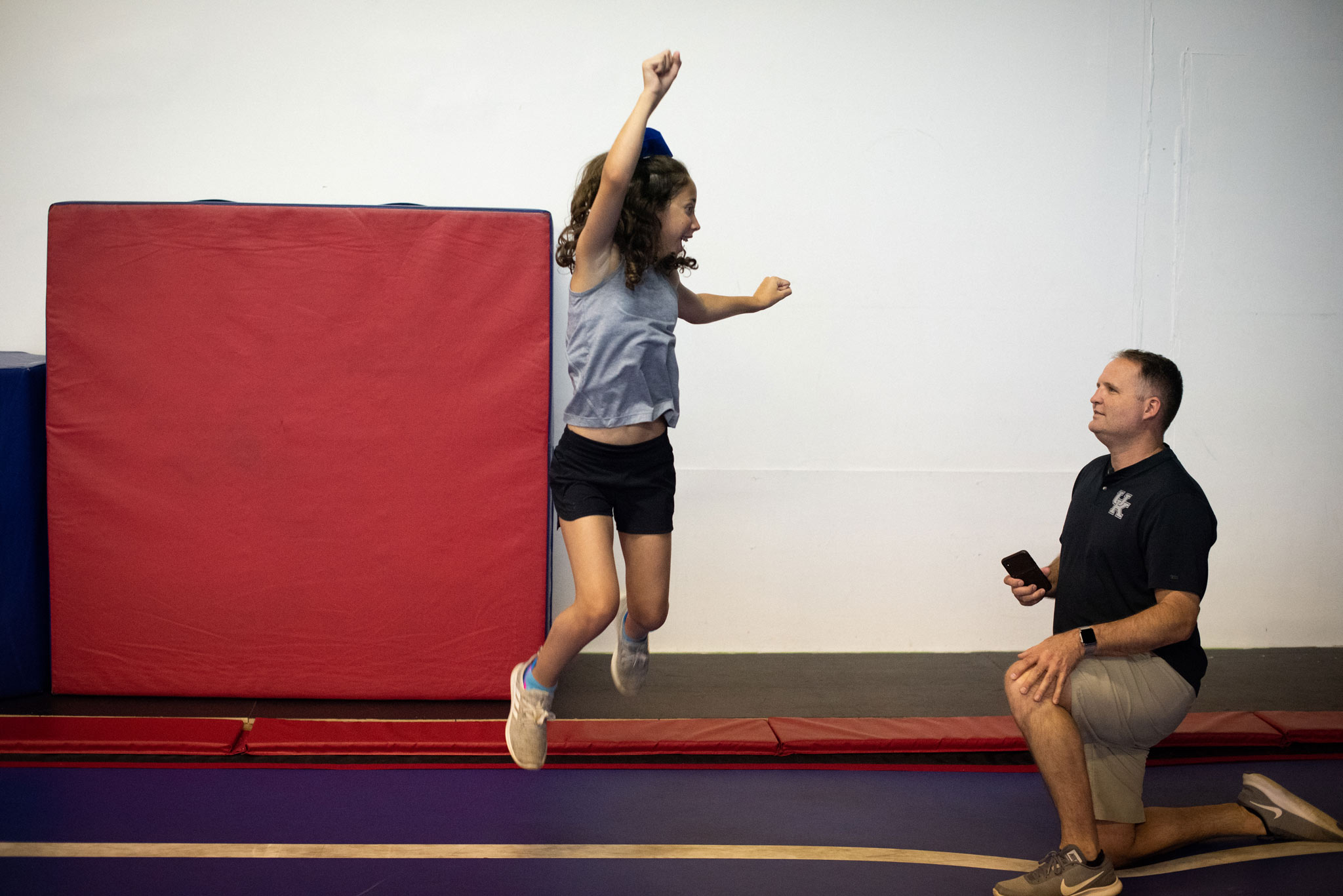 Gracie has done gymnastics and cheerleading since she was young.

“We got an appointment with Dr. Morales very quickly, and I think she knew from the moment she met Gracie that she had Turner syndrome. A couple weeks later, the karyotype confirmed this. Dr. Morales assured us and Gracie that she was going to be able to do anything she wanted in life, that this would not stop her. She said to Gracie, ‘You know, there’s nothing that you can’t do that anybody else can do.’” 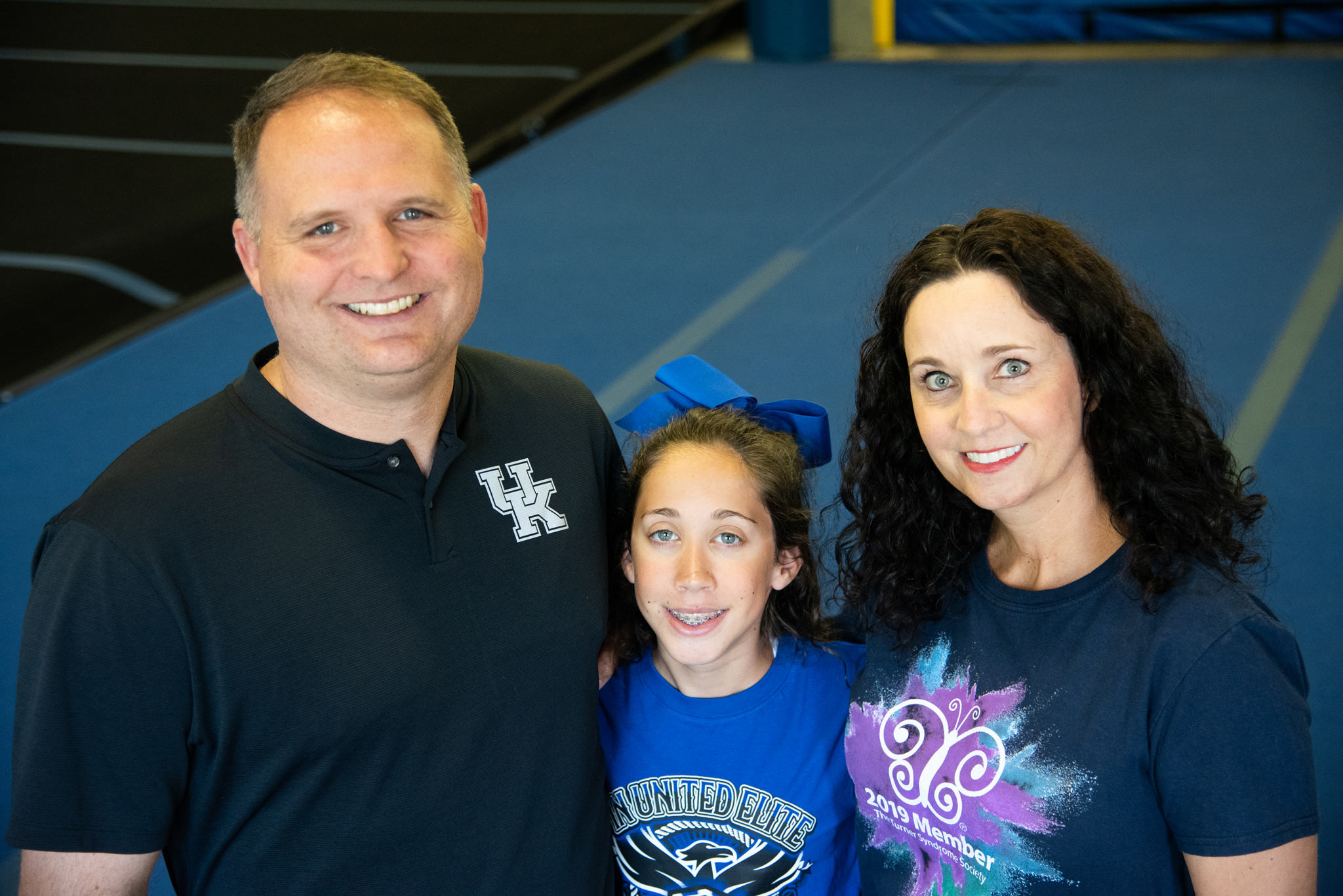 Gracie and her family persevered, finding answers about her condition and getting her the best care possible.

Even with Dr. Morales’ reassurance, that diagnosis came as a shock to Gracie and her family. Turner syndrome is a condition in women that commonly causes developmental problems, heart defects and ovary failure. Most are diagnosed in utero or early in life. Only roughly 2% of babies with Turner syndrome survive. 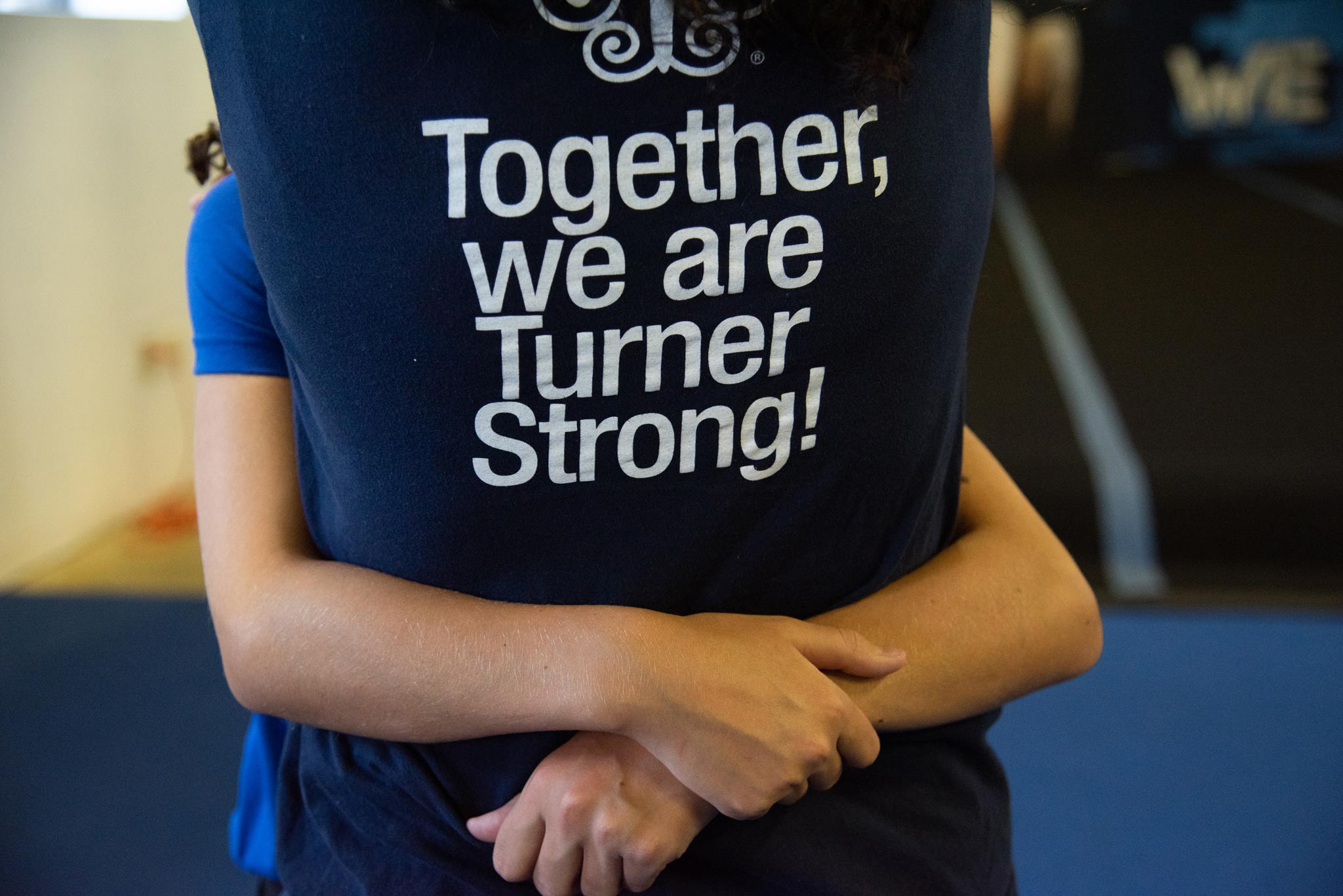 “I get to see every day as a new opportunity.”

After her diagnosis, Gracie was referred to Dr. Amanda Saltzman, a pediatric urologist at Kentucky Children’s Hospital. Gracie’s particular strain of Turner syndrome put her at a very high risk for gonadoblastoma (a rare, benign tumor in the ovary that could become malignant). Because of that risk, Dr. Saltzman recommended a gonadectomy to remove Gracie’s ovaries. 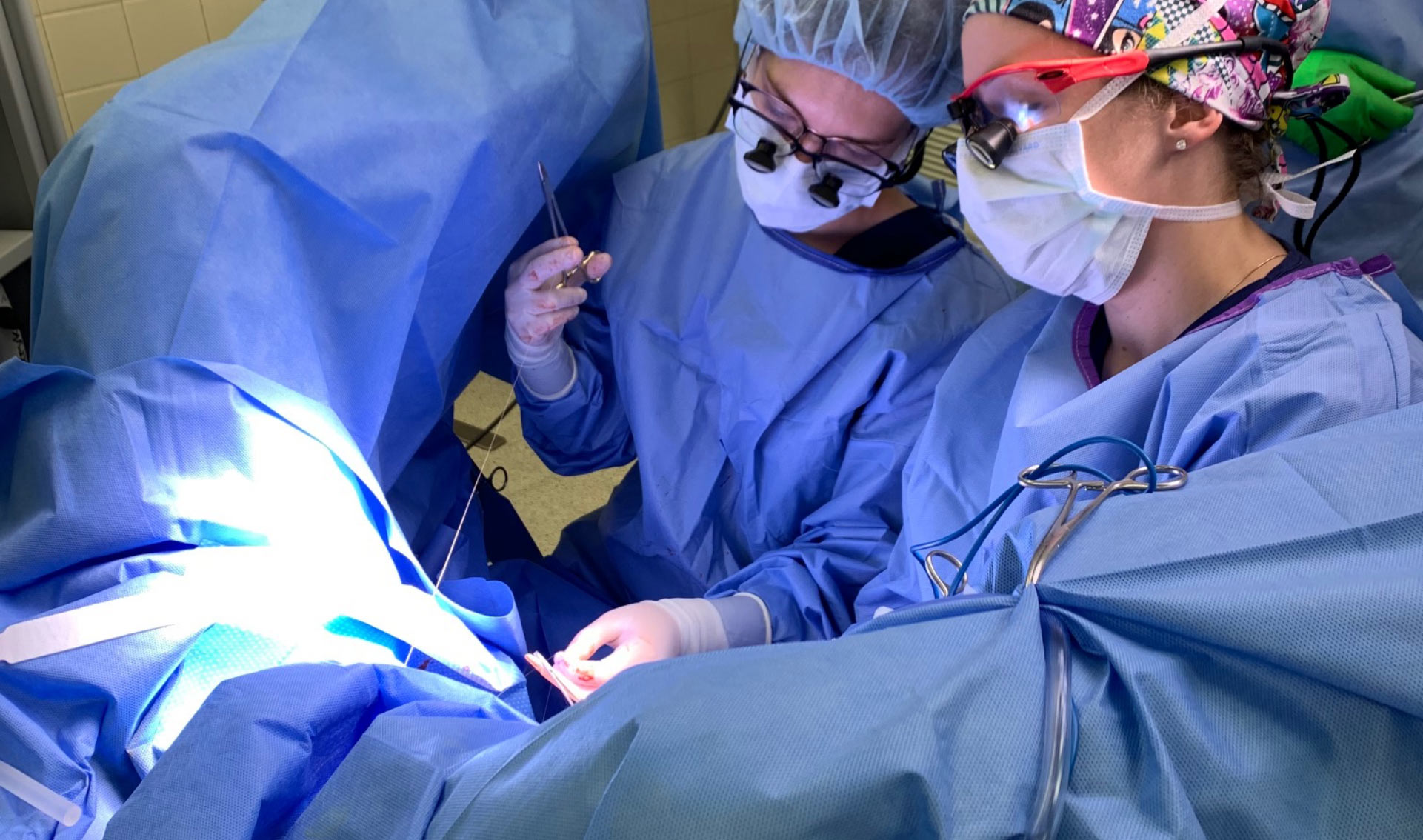 “Dr. Saltzman has the best bedside manner of a surgeon I've ever met in my entire life. She's just hands down phenomenal.”

“Let me tell you about the blessing of Dr. Amanda Saltzman,” said Elizabeth. “The level of care she provided for Gracie is unparalleled. She went to great lengths to make sure we understood why my daughter needed a gonadectomy and she made sure my daughter knew that she could talk to her about anything. The surgery went perfectly and Dr. Saltzman explained so well to us what she found. She reassured me that my daughter was going to be fine because the surgery removed the risk.” 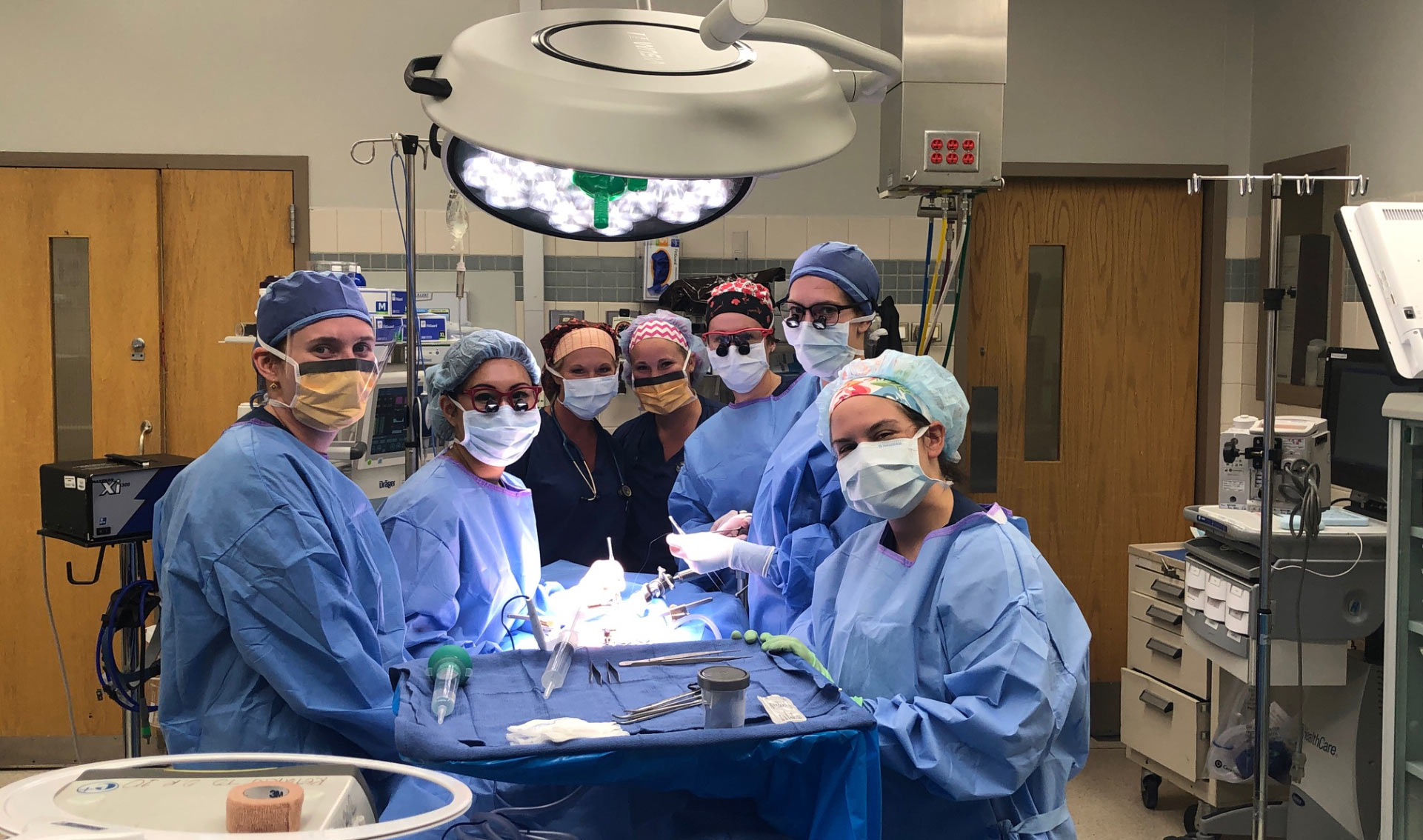 For Gracie, she doesn’t feel any different since finding out her diagnosis—her story is just a little more interesting now. Her outlook on her gonadectomy—one her parents struggled with, as it definitively removed any chance of Gracie having biological children—showed a perspective beyond her years. “What they don’t realize is they’re going to save two lives,” Gracie said to her mom at the time. “Mine, because I won’t have cancer, and [the second because] I’m going to adopt a kid one day.” 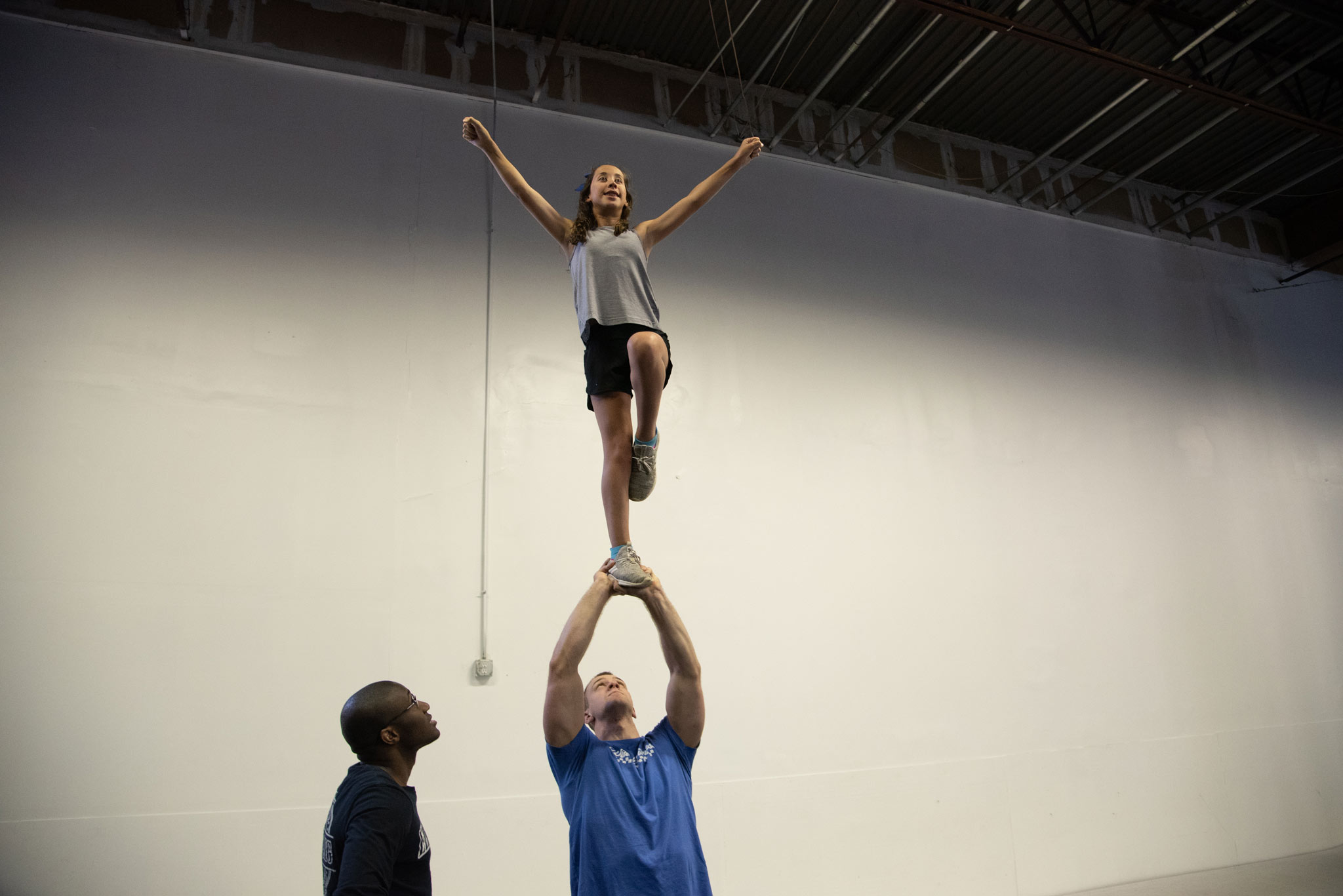 Gracie uses her size as an advantage in cheer, flying high in lifts and throws.

Since her diagnosis in April of 2019, Gracie has undergone the gonadectomy, jaw surgery to help improve her breathing, multiple MRIs, and numerous other tests and medications. Her jaw surgery, performed by Dr. James Liau and Dr. Melvyn Yeoh, did more than solve the underlying cause of her fatigue. It also allowed her to look the way she feels: like any other teenage girl.

Today, Gracie stands strong and healthy, letting nothing get in the way of living her life to the very fullest. Nearly a year since her first major surgery and just a few months out from her jaw surgery, she is almost fully recovered and ready to get back to gymnastics, figure skating, and her passion, cheerleading. Due to her condition, Gracie is short for her age—but she’s turned it to her advantage, flying high in cheer stunts that taller cheerleaders can’t do. 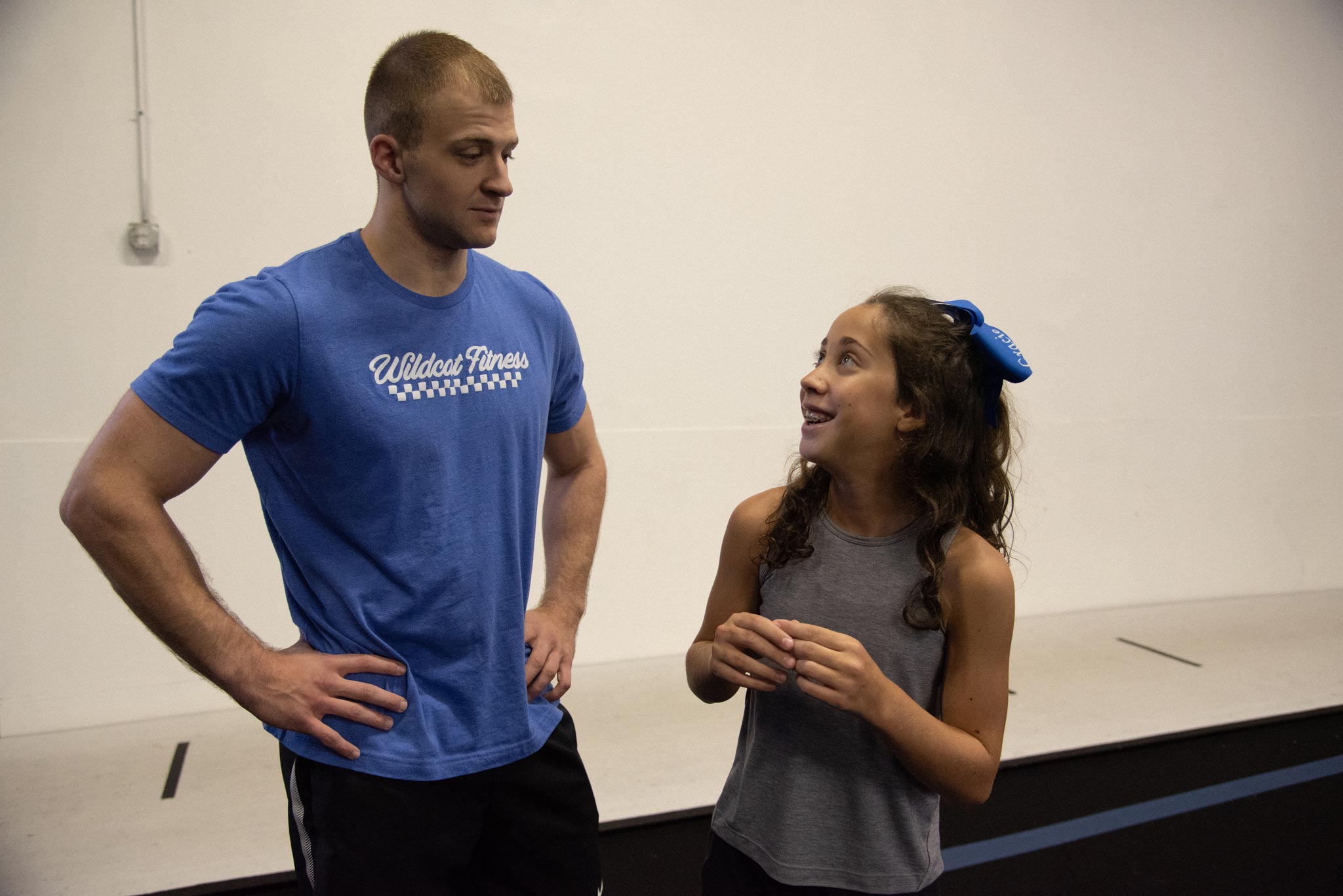 In addition to cheerleading, Gracie also does gymnastics, figure skating and swimming. Nothing stops her.

“I think it has made me see the world a little different,” said Gracie about her diagnosis. “You just have to see every day as a new opportunity. It really doesn’t change anything about you. You can still do what you’re doing. You can still do anything.” 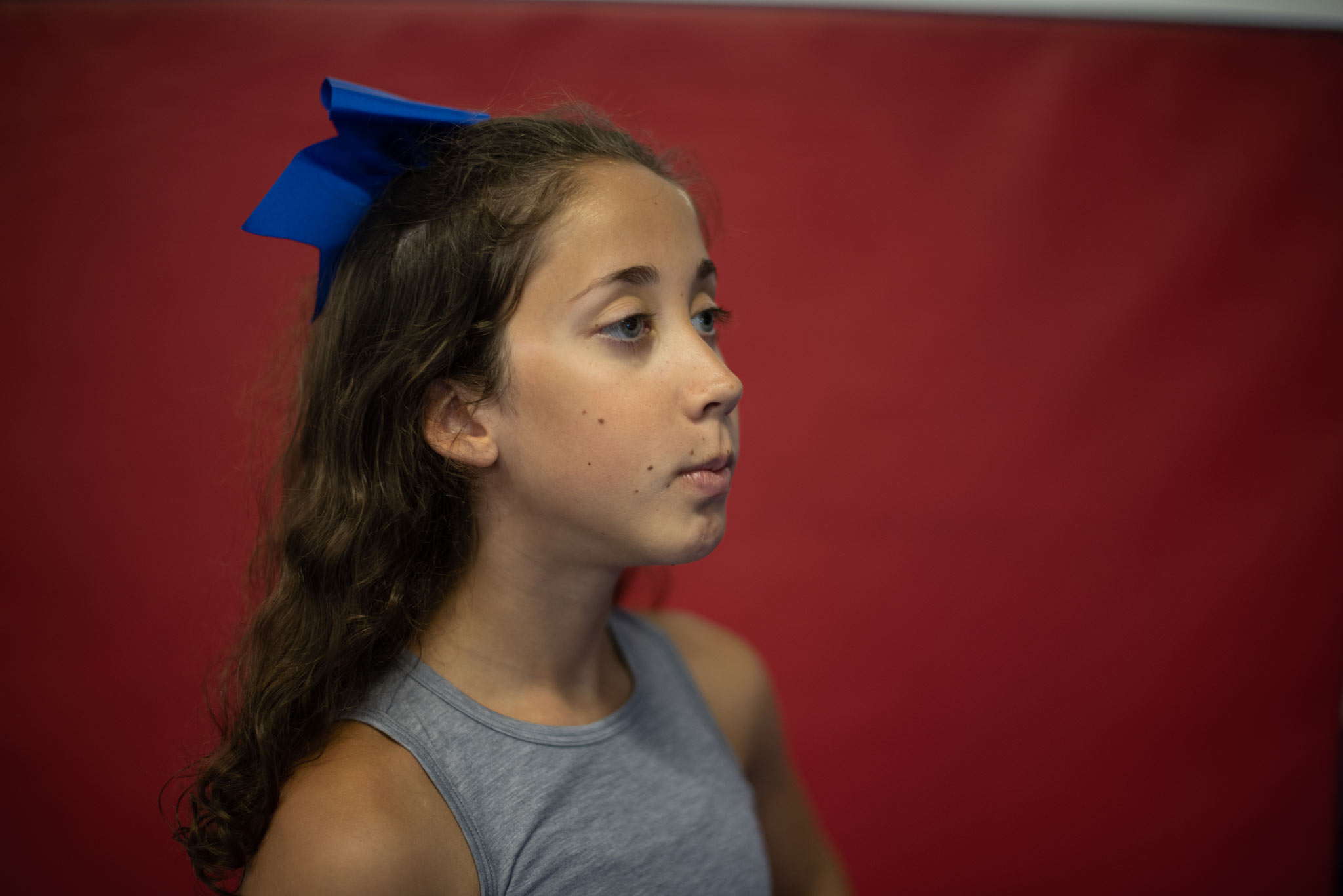 “She really is her own person. She’s not ever going to be a follower.”

“What was done for me, I want to do for others.”

“Thank God for a kidney stone.”

The Power of a Thumbs UpPediatric Services