“The fourth injury was almost a month ago, it was the championship district soccer game. She went down, banged her hand on the grass, and everyone could hear me scream. When you’ve been through that, you go ‘Oh, here we go again.’ I got up and looked over, and she said ‘I did it again.’ She did it again.” 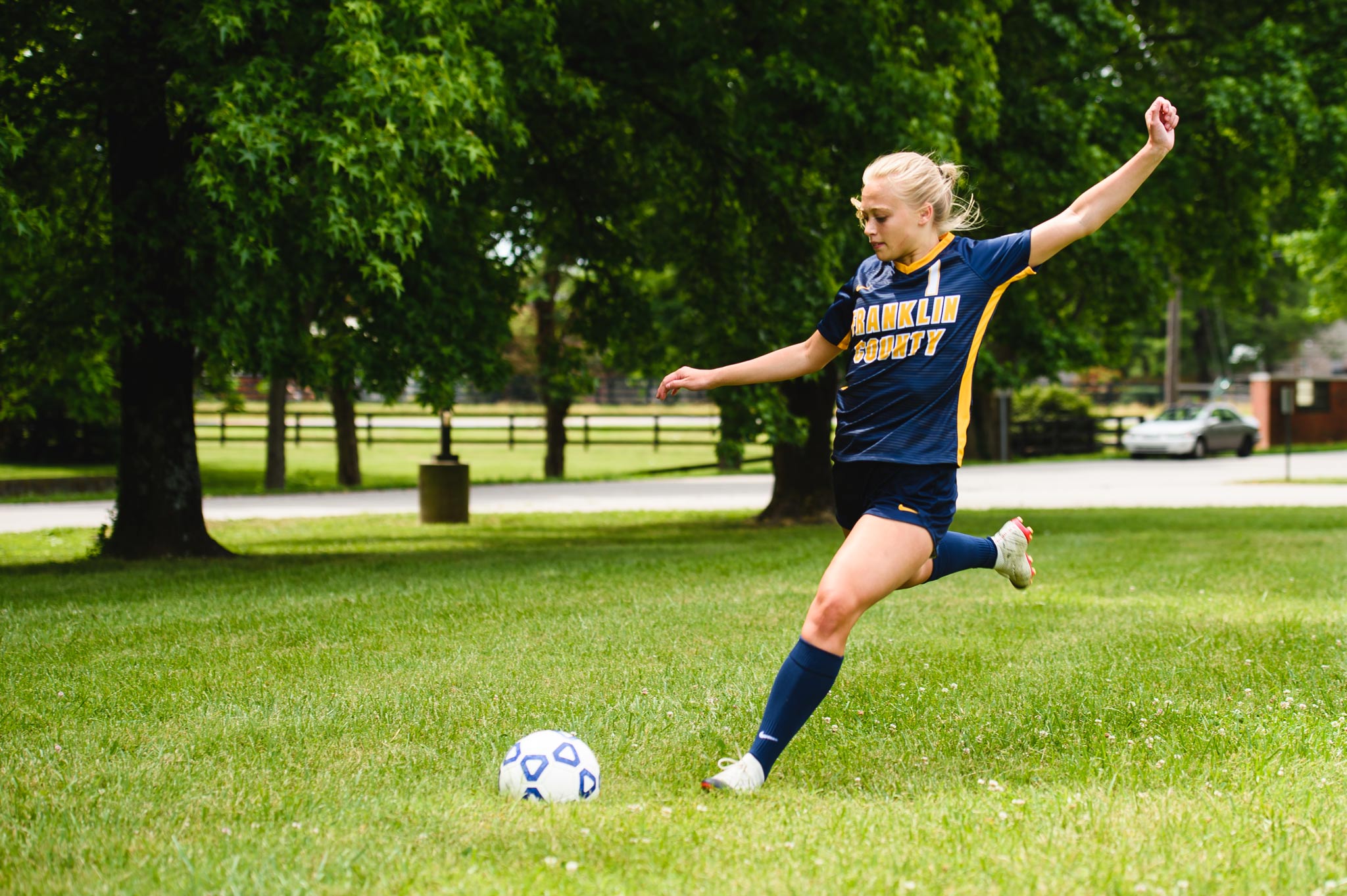 “This year was supposed to be our first year where we all three would be on the field together,” said Audrey.

The Wells girls aren’t your ordinary family: three sisters, two different high school sports, and more than their fair share of unfortunate luck with knees. Between the three of them, they’ve undergone four ACL repairs. Alison Wells, seventeen years old, is an avid soccer player for Franklin County. Amelia and Audrey Wells, fifteen-year-old twins, thrive on the soccer field and the basketball court. All three have been athletes their entire lives—Amelia started playing basketball in the fourth grade, and all three girls have played soccer since they were just three years old. 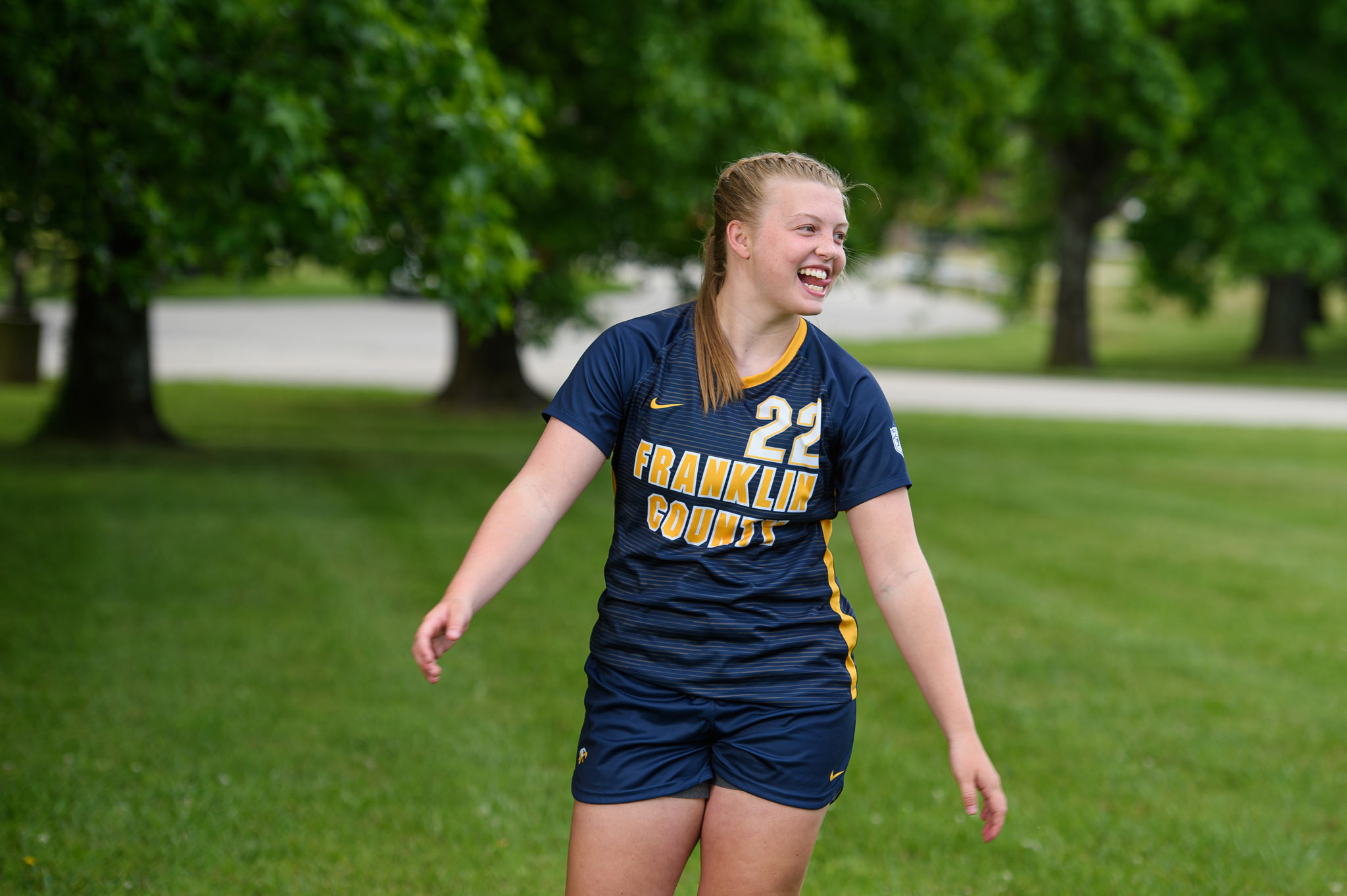 “When I went down, the first thing that crossed my mind was ‘I just tore my ACL,’" said Amelia.

“My mind, it just kind of went blank when it happened,” Amelia said of her first injury. “I don’t really know how to explain it, but I knew when I went down, the first thing that happened that crossed my mind was it just happened to me. I thought, ‘I just tore my ACL.’” 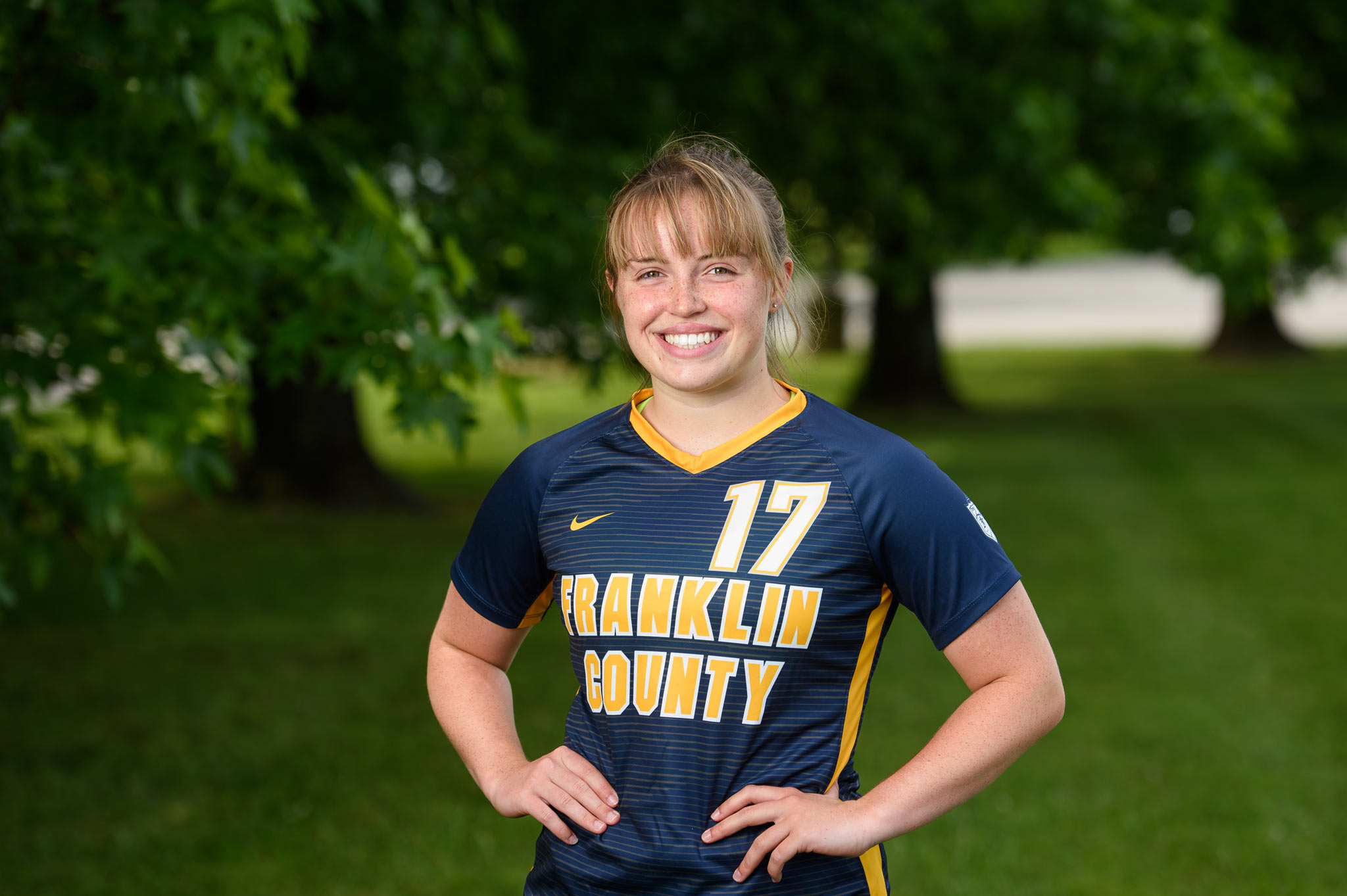 “Having all these people around me, encouraging me and believing in me when I needed it—it really helped,” said Alison.

An ACL tear is a huge setback for any athlete—not only the injury itself, but the months-long  recovery process. Despite the mental and physical hardships of their injuries, the Wells sisters are resilient—determined to return to the court and the field better and stronger than ever. And as they’ve gone through injury after injury, they’ve leaned on each other for support. 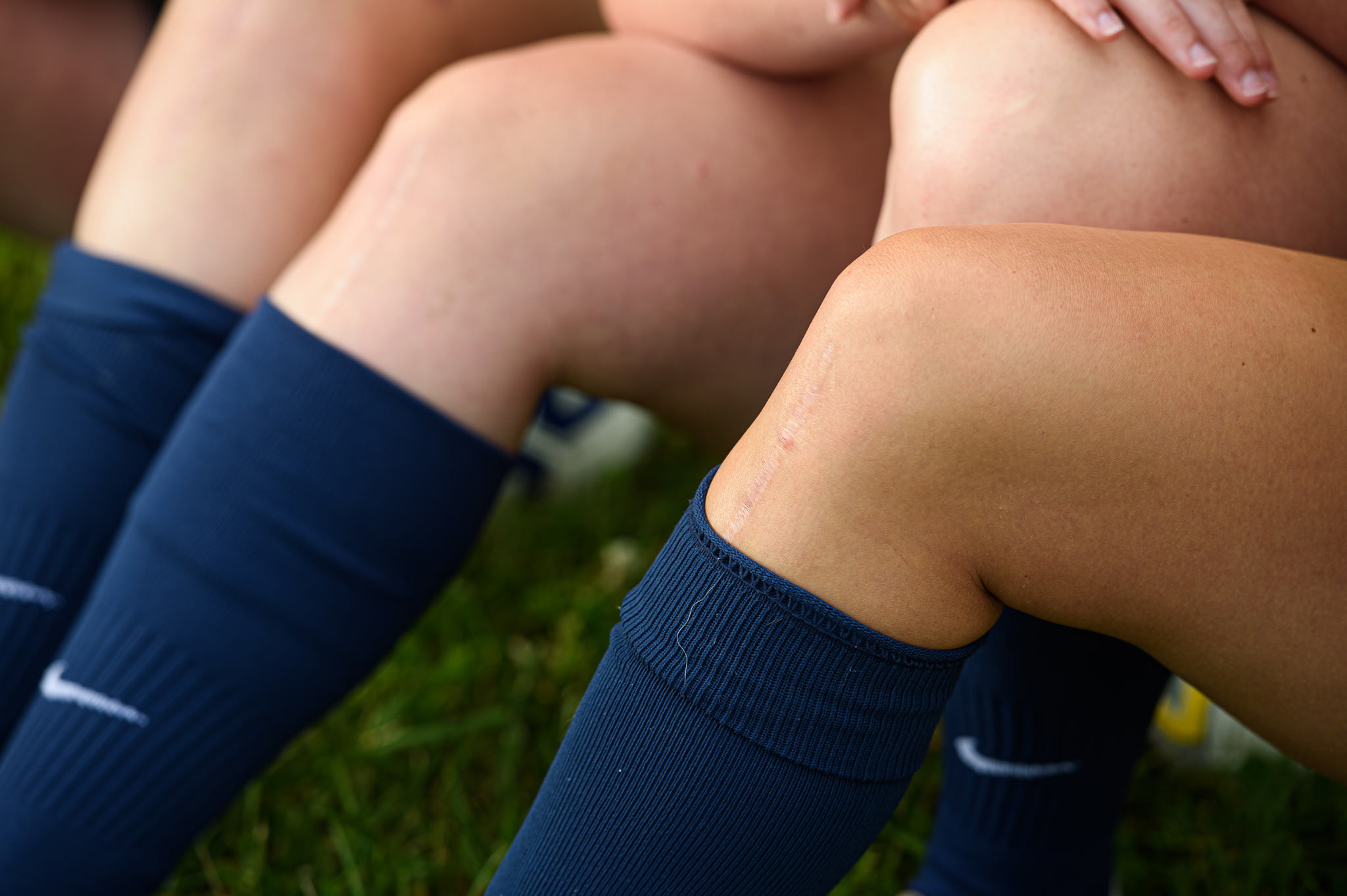 “Sitting out for nine months and having to get back into practice is difficult.”

“By having that break and that time off, I feel like we connected over it and we’ve gotten to spend a little bit more relaxation time together and just bond as a family,” Alison said. “Having each other to get through it each time is definitely helped. It’s okay to get through that mental barrier and lean on other people. But, don’t stop working in the end because it’s going to be better than what you expect.”

Not only did their injuries bring them closer together as a family, but all three girls formed a special bond with Dr. Darren Johnson, an orthopedic surgeon and knee expert at UK HealthCare’s Orthopaedic Surgery & Sports Medicine. “He was amazing. He came into the room all the time with a smile making jokes,” Alison said. “Even when it was a not-so-good day and I might have been in a little bit more pain, he always came in with a smile and was very optimistic about the outcome. I always knew I was going to get back out onto the field.” 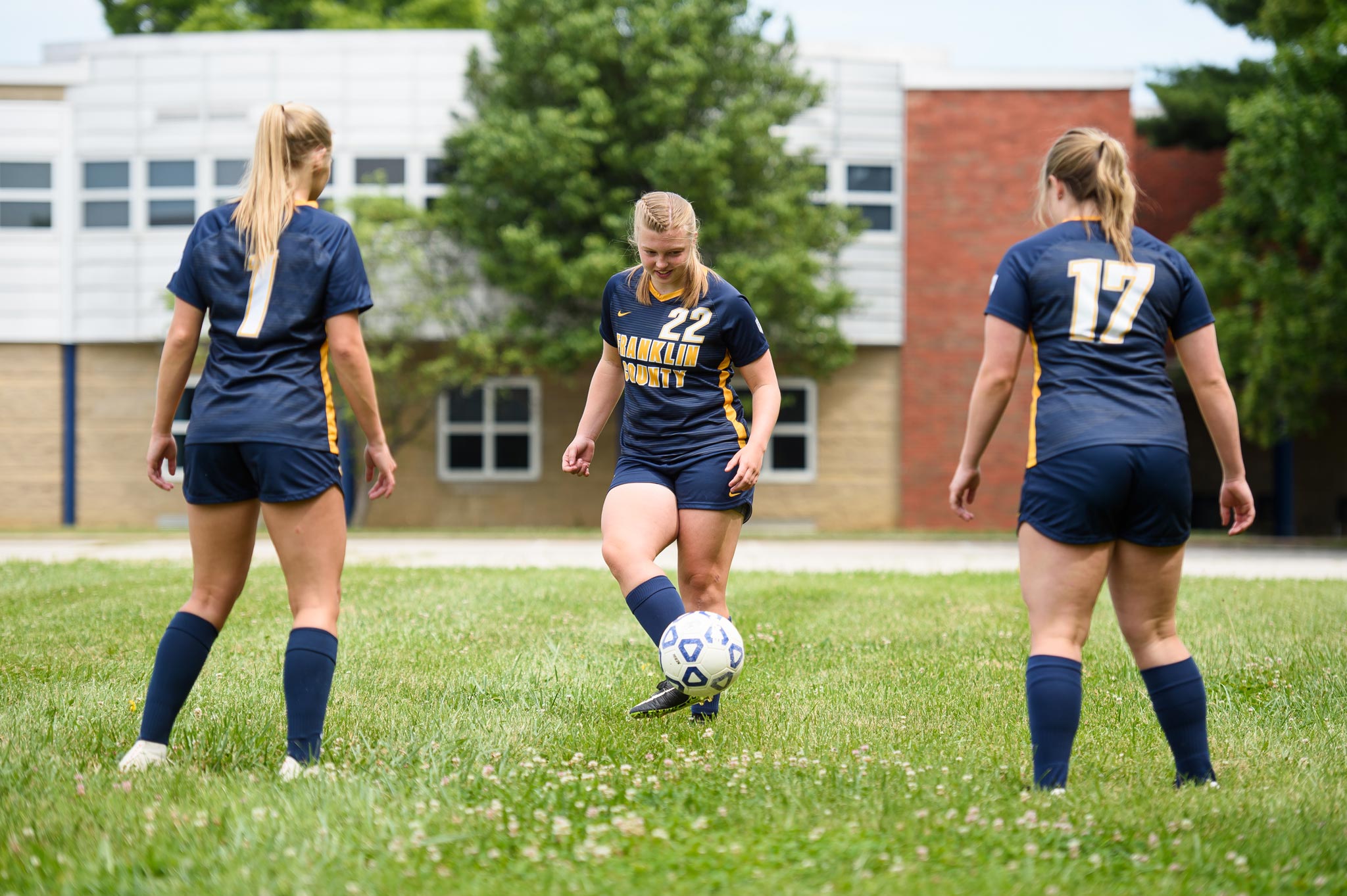 “Your family is your main support system that's going to get you through everything.”

“He’s a really good guy,” Audrey echoed. “He walks in and he’s always in a great mood and he’s just encouraging. He never puts you down. He’s just like, ‘Do this and get better,’ and, ‘You’re getting there. You’re doing good, kiddo.’ He’s just a really positive person all around.”

The recovery processes for each of the girls were grueling, both mentally and physically. But they’ve gotten through it all together. Today, Alison is fully recovered and continuing to play soccer for Franklin County High School as the team captain. Both twins, Amelia and Audrey, are in recovery and eagerly anticipating the return to the field and the court. 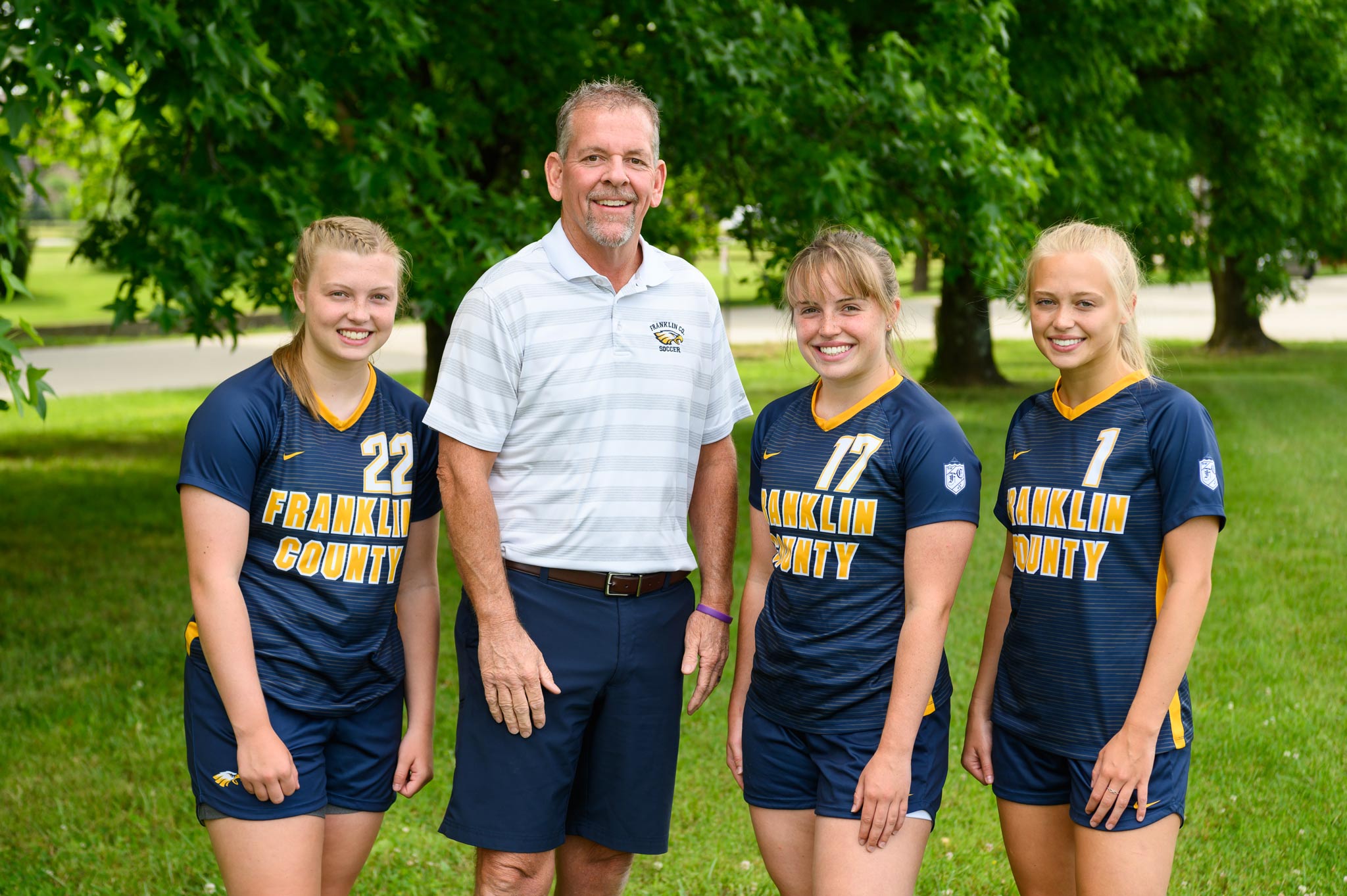 Few families can claim the determination the Wells sisters share. It’s not easy to overcome one major injury, much less four in one family. All three girls unanimously agreed that the thing they’re most looking forward to is getting back out on the field. With the care of Dr. Johnson and the UK HealthCare Orthopaedic Surgery & Sports Medicine team, all three of the girls can continue to play the games that they love—stronger than ever. 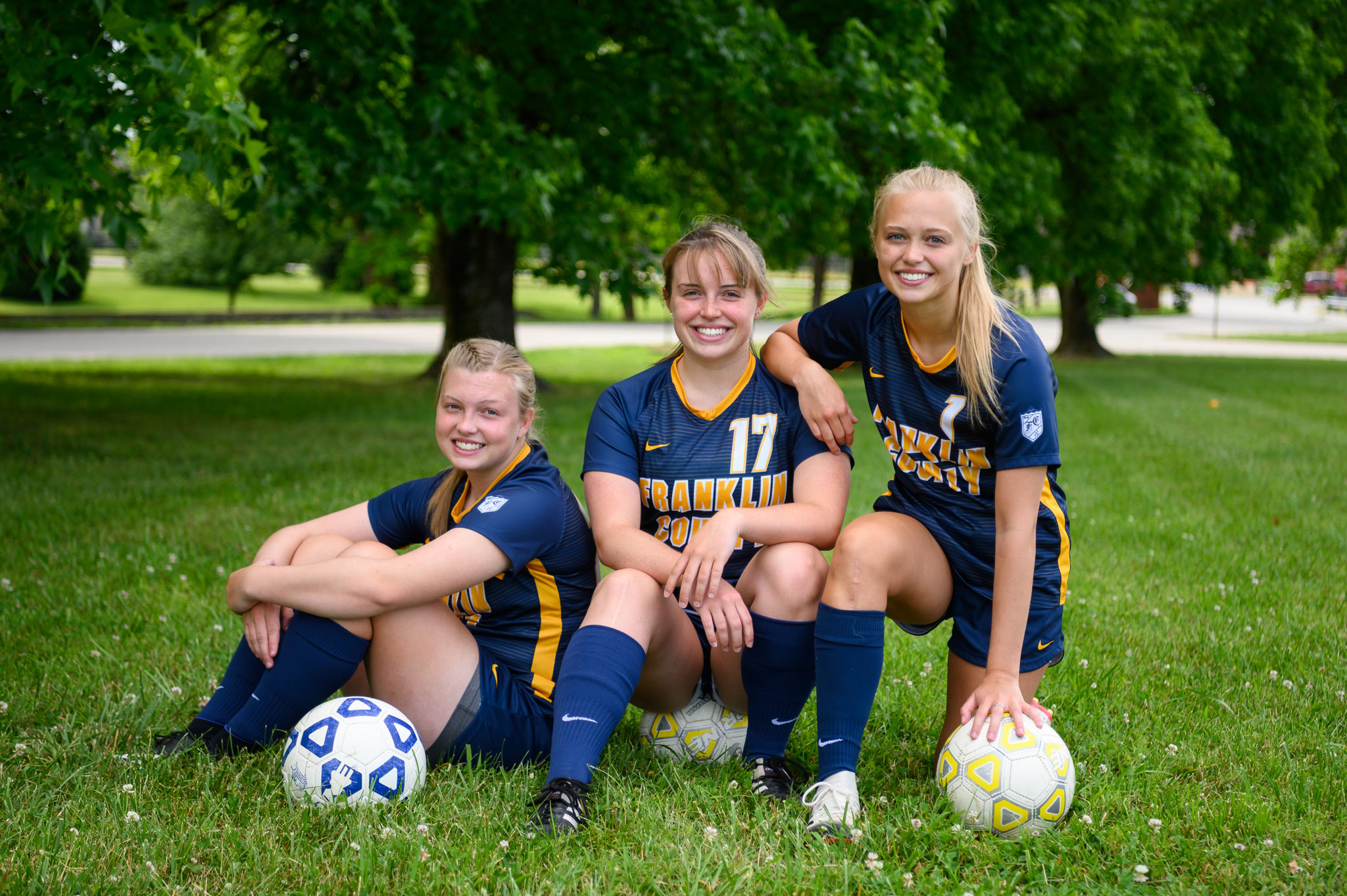 “Don't stop working, because in the end, it's going to be better than what you expect.”

See how we care for athletes like Audrey, Amelia and Alison