“It Takes a Village”

“Community service was always something that I did growing up. My dad always made that a first and foremost type of thing for me and my family. It was always about the community, helping each other out. They say, ‘It takes a village.’ I think it certainly does.” 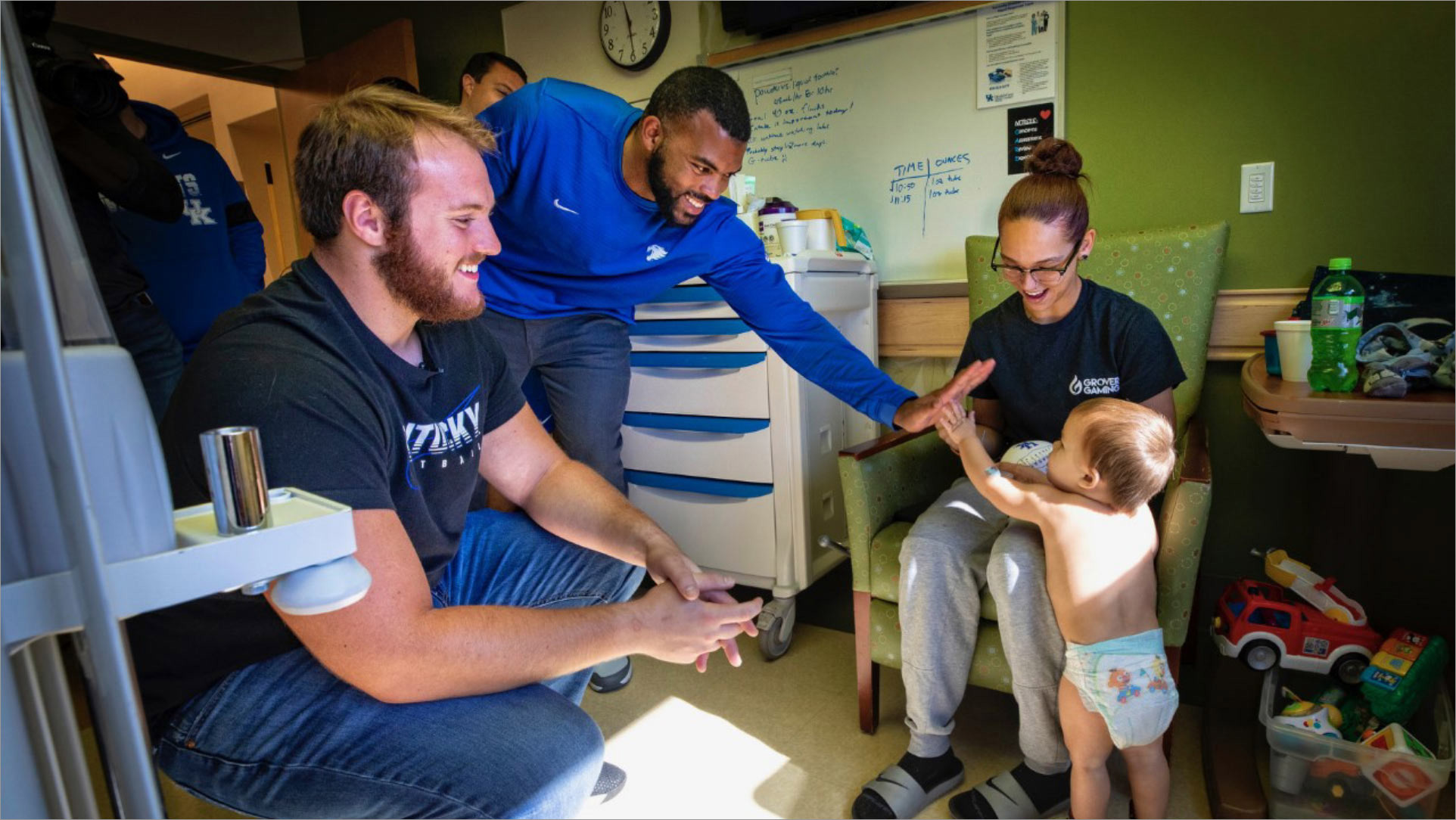 Courtney and some of his players visit a member of Little Blue Nation at Kentucky Children’s Hospital.

Growing up in Youngstown, Ohio, in a family with strong community ties, Courtney Love understood the importance of community service from a very young age. These values are something that Courtney later carried into his football career, and beyond. In 2016, Courtney transferred to the University of Kentucky to play football–little did he know of the impact that he would make far beyond Kroger Field. Today, Courtney is the Director of Player Development for the University of Kentucky football team, serving both the Lexington community and athletes just like himself. 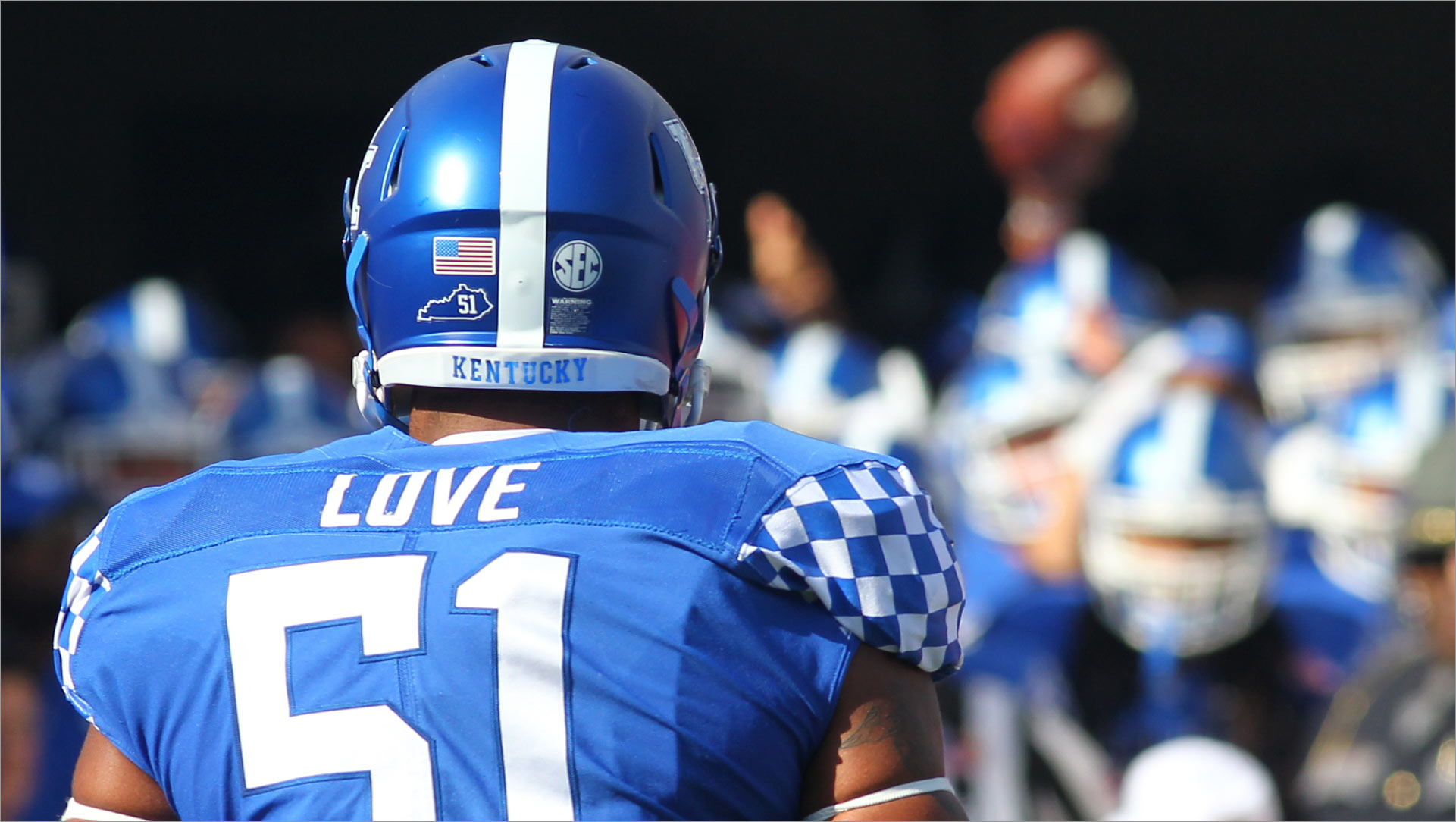 “Kentucky is a place where they avidly care about sports and everybody just kind of helps each other.”

Courtney’s relationship with UK HealthCare and Kentucky Children’s Hospital began when he visited patients while he was a middle linebacker for the Wildcats. In recognition of his work, both at Kentucky Children’s Hospital and in the community, Courtney was awarded the Wuerffel Trophy in 2017, which honors college football’s top community servant. 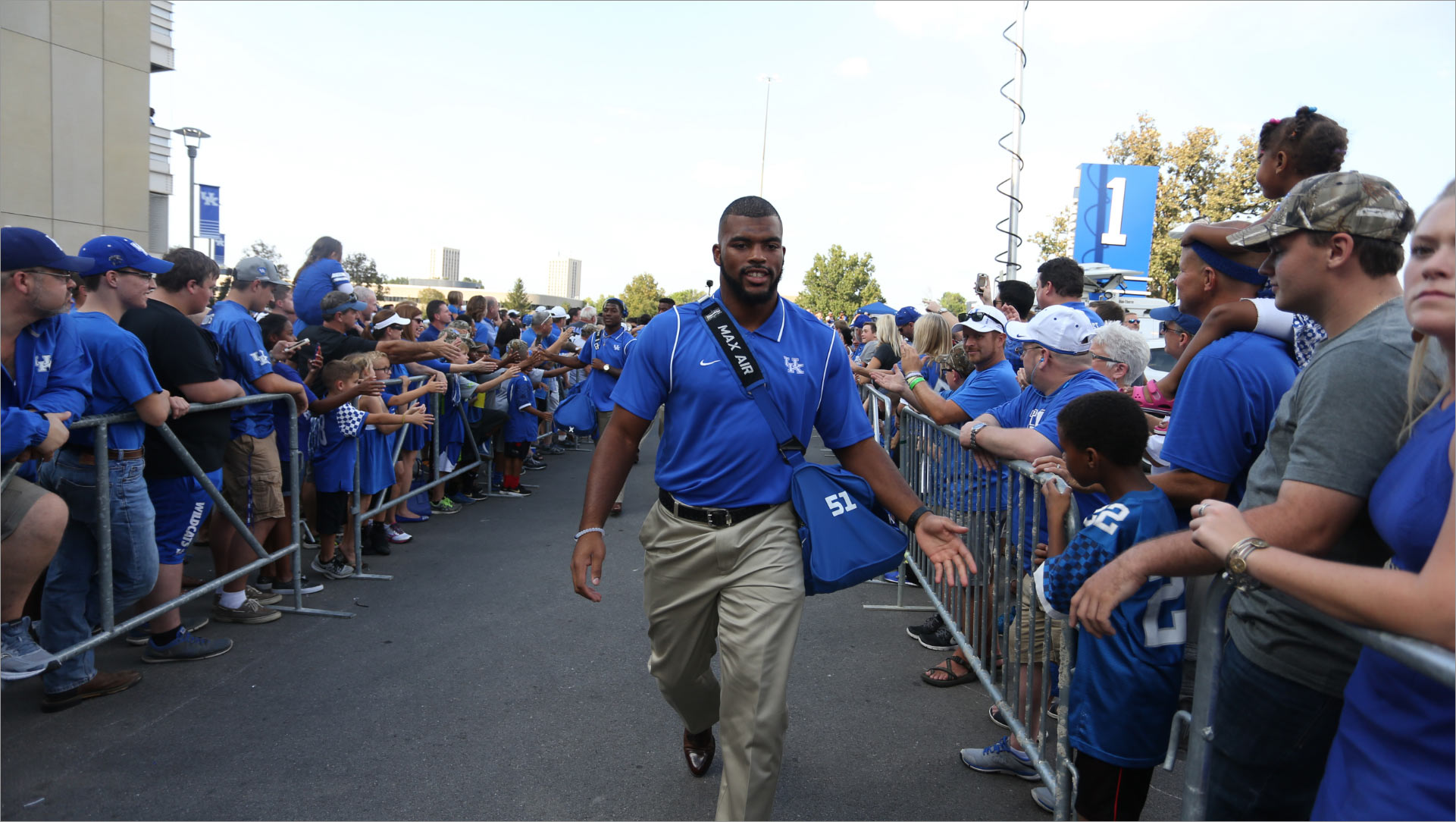 “Those people that are at the hospital, they're cheering us on every Saturday.”

After accepting his current position, Courtney helped develop the Lift Them Up program: a collaboration between UK Athletics, UK College of Engineering, UK HealthCare and Toyota Motor Manufacturing of Kentucky. The Lift Them Up program is a unique experience for children who have been cared for by Kentucky Children’s Hospital to lead the Cat Walk onto the field in a special and safely designed pushcart. 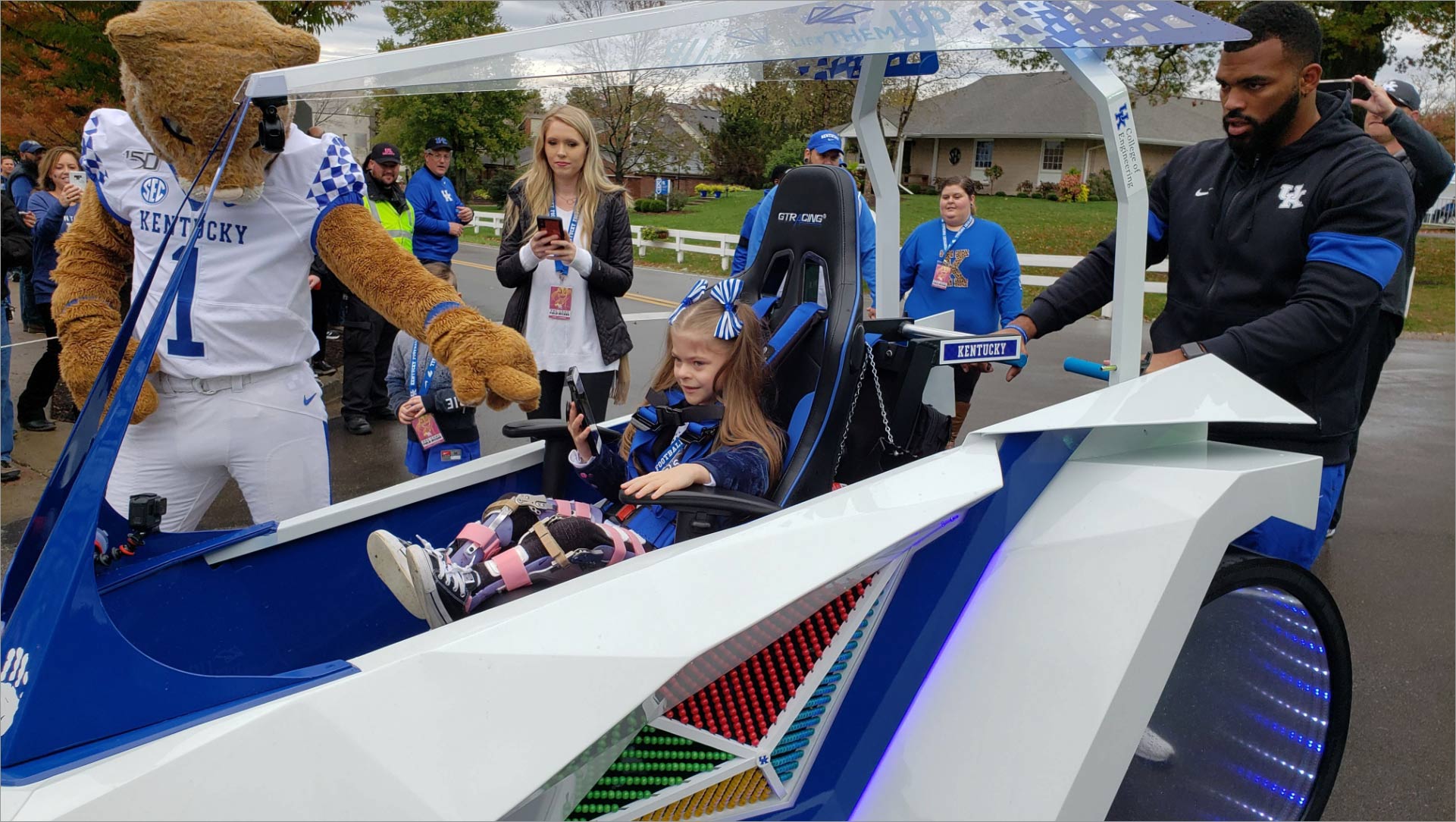 Lift Them Up honorees lead the Cat Walk in a special car designed with the help of UK football players.

“To be hands-on with what we’re doing with Lift Them Up is just wonderful because we get to see it all happen. It was great to see all the patients and their families. Words can’t even explain how exciting it was. It’s going to be amazing to be able to have those children out there again, and just feel some joy and some hope. Also to just make them feel really confident because they just beat a terminal disease or whatever the case is. They deserve to be honored and applauded for what they’ve endured.” 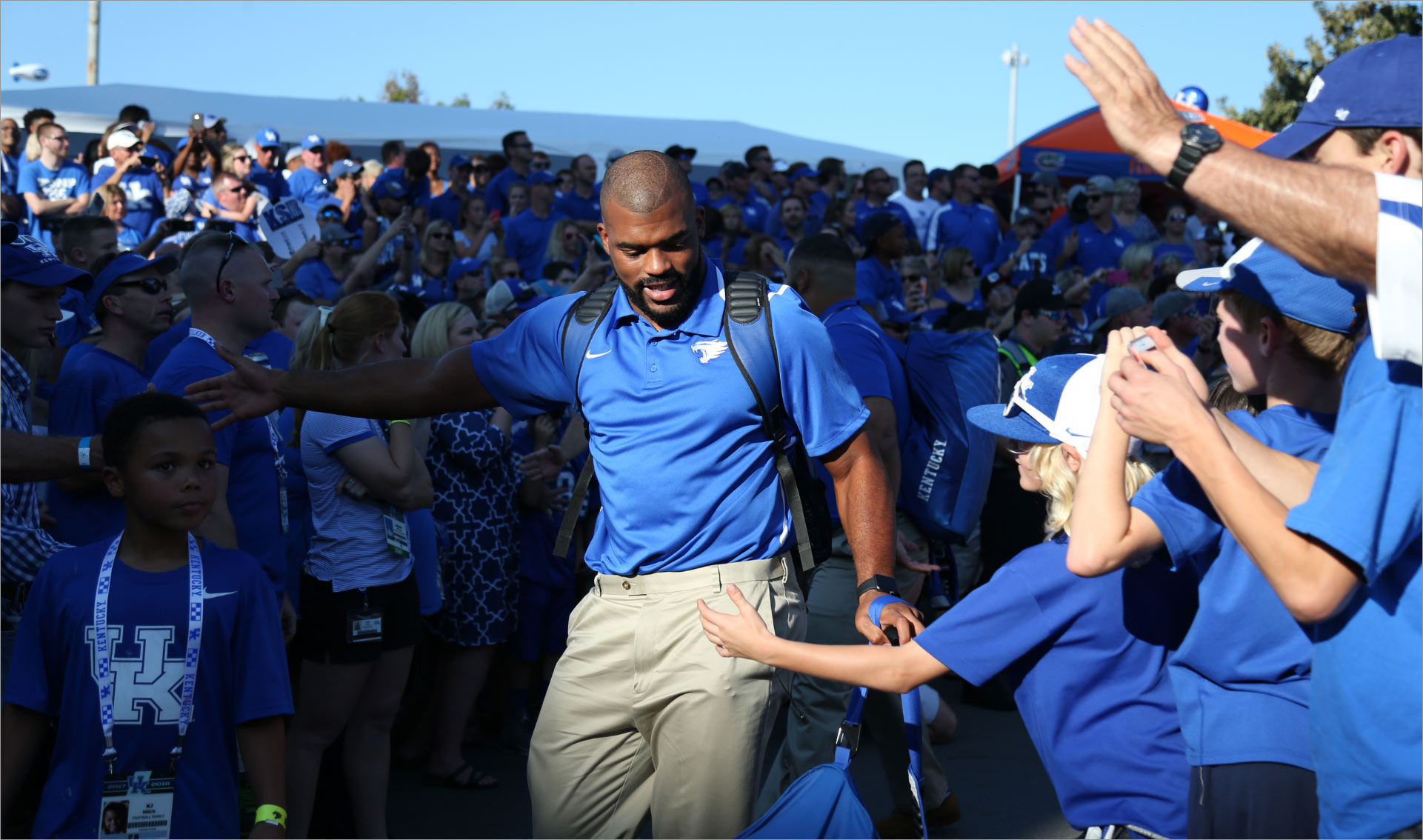 “Life is not all just about sports and tossing around a football. It's about changing lives and helping people.”

Since he’s started working for UK Athletics, Courtney has continued to encourage his players to volunteer with UK HealthCare and Kentucky Children’s Hospital. “Tuesdays with the Wildcats” continues to be a tradition as football players visit Kentucky Children’s Hospital–playing games, doing crafts and brightening patients’ days. It’s been a blessing to both the hospital and the team. 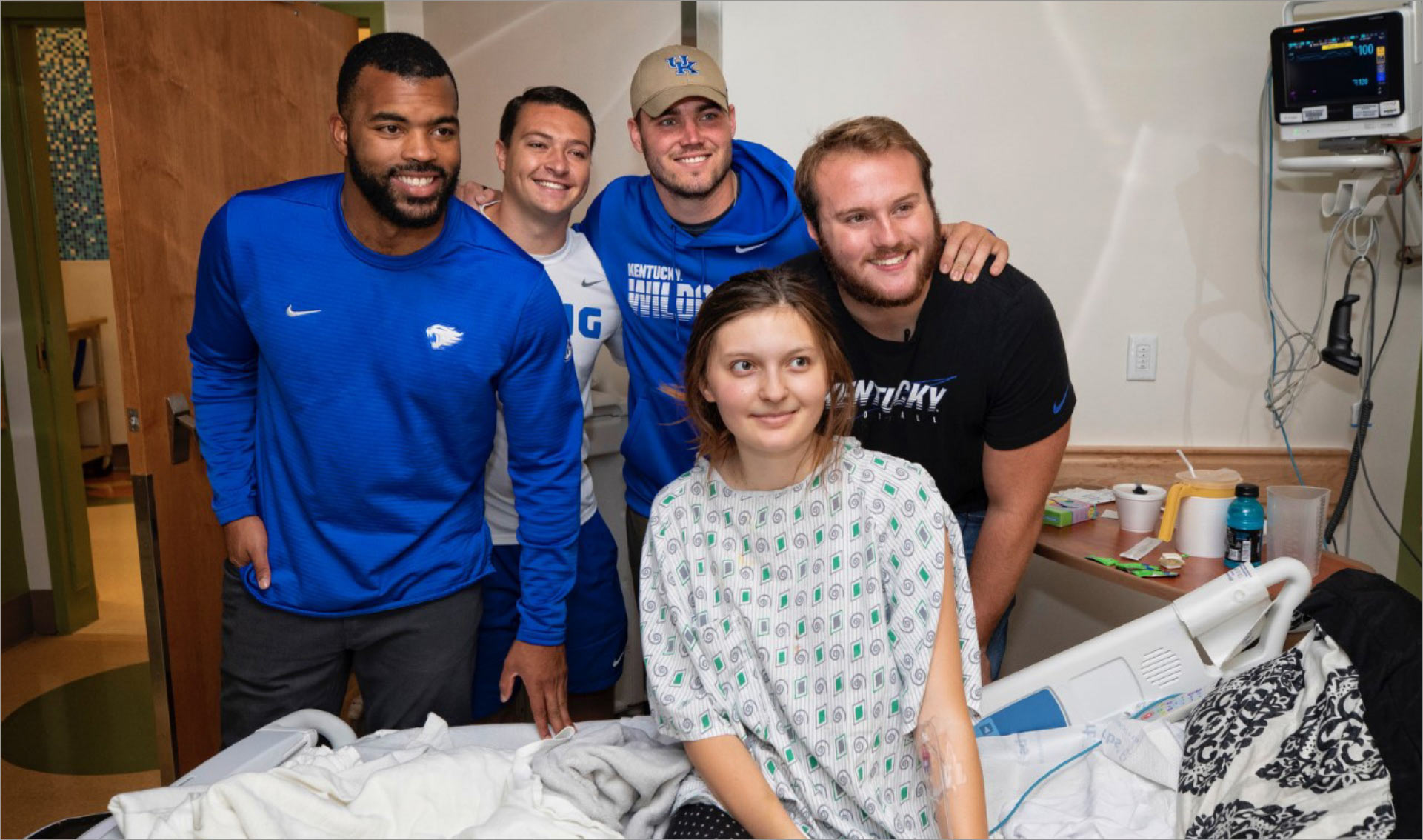 Courtney encourages his players to visit patients at the hospital as much as possible.

“I feel like when our guys can come over there, it brings so much energy–not only just to the patients, but to the nurses and the doctors too. Ultimately, the people that are at the hospital, they’re cheering us every Saturday too. It helps the kids and the hospital, but it helps our student athletes. It’s always just a blessing to be able to have UK HealthCare in our back yard just so we can go over and spend time with them as much as we can. They’re our family. It’s our community and we want to make sure that they know that they’re a part of our team, as well.” 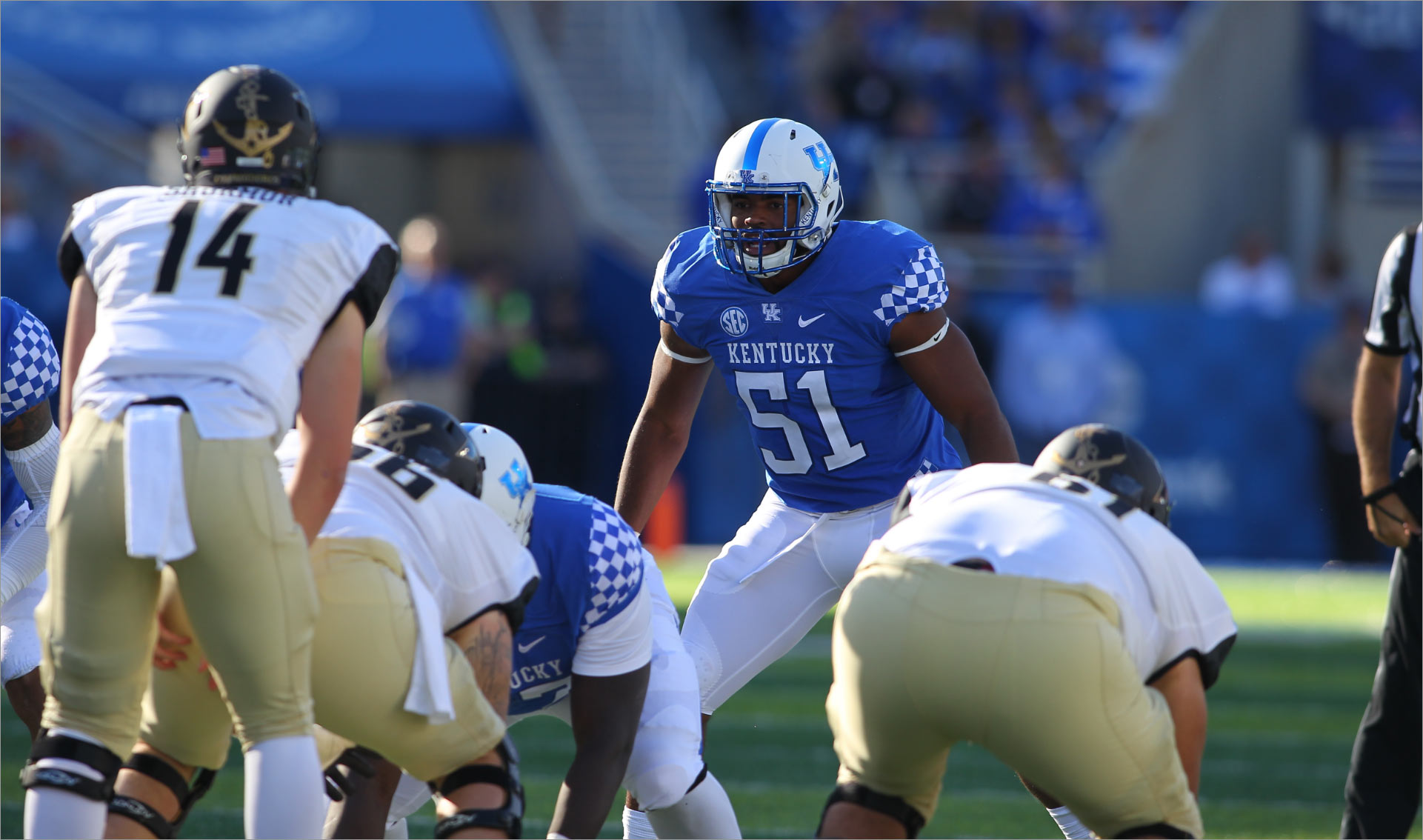 “People would reach out and want to do things with myself and my teammates, so I just kept that going.”

Courtney’s service doesn’t stop at the hospital. His role as Director of Player Development allows him to serve in another way. He works off the field with players to develop important life skills, from finances, creating resumes and finding internships to preparing for interviews. A big part of his work is something that his father instilled in him: paying everything forward. 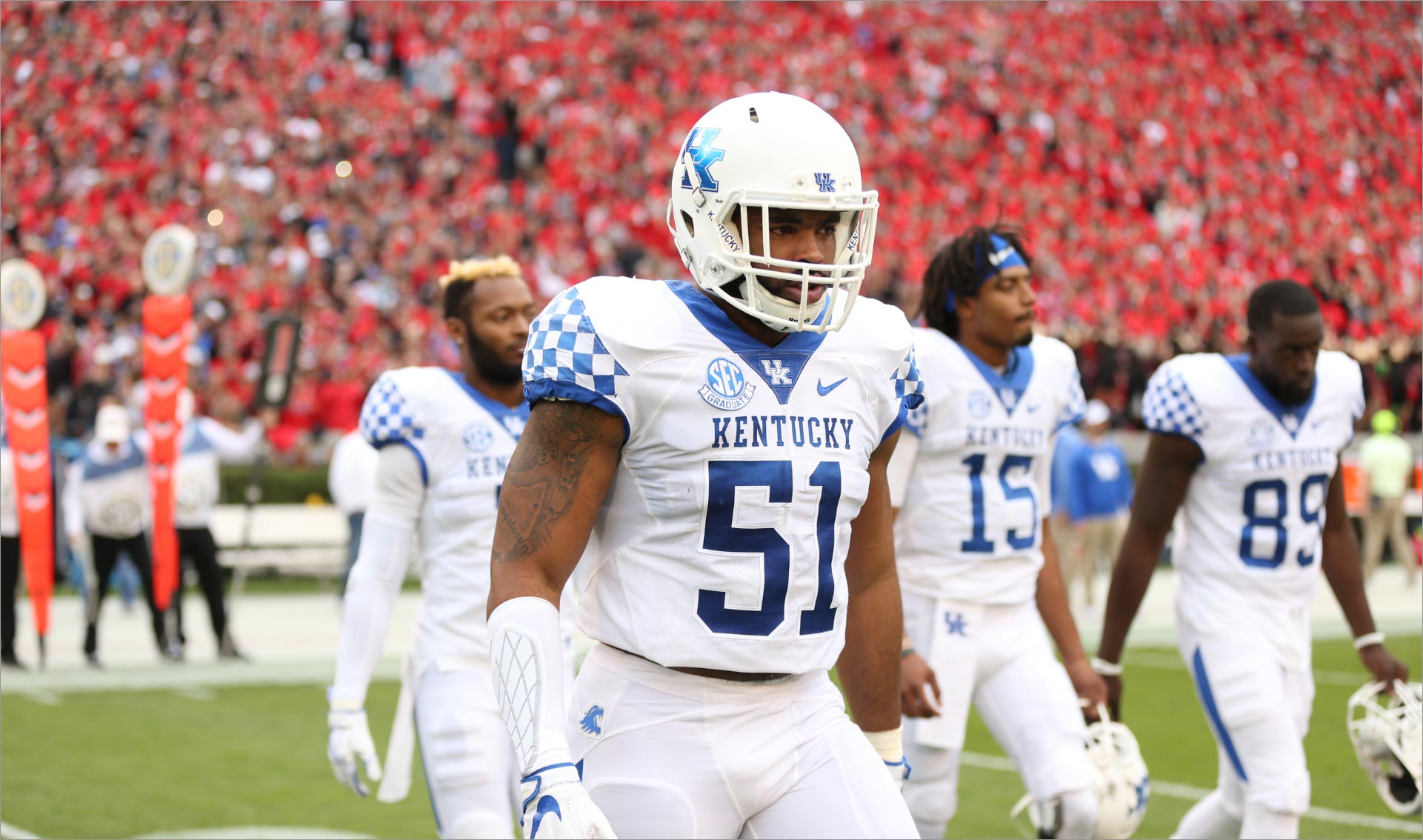 As a former football player, Courtney is in a good position to connect with his players, on and off the field.

“Kentucky is a place where everyone avidly cares about the sports, and everybody just helps each other and it all feeds off each other. Once I got here, I just wanted to continue doing that. I keep that going because I love giving back to the community.” 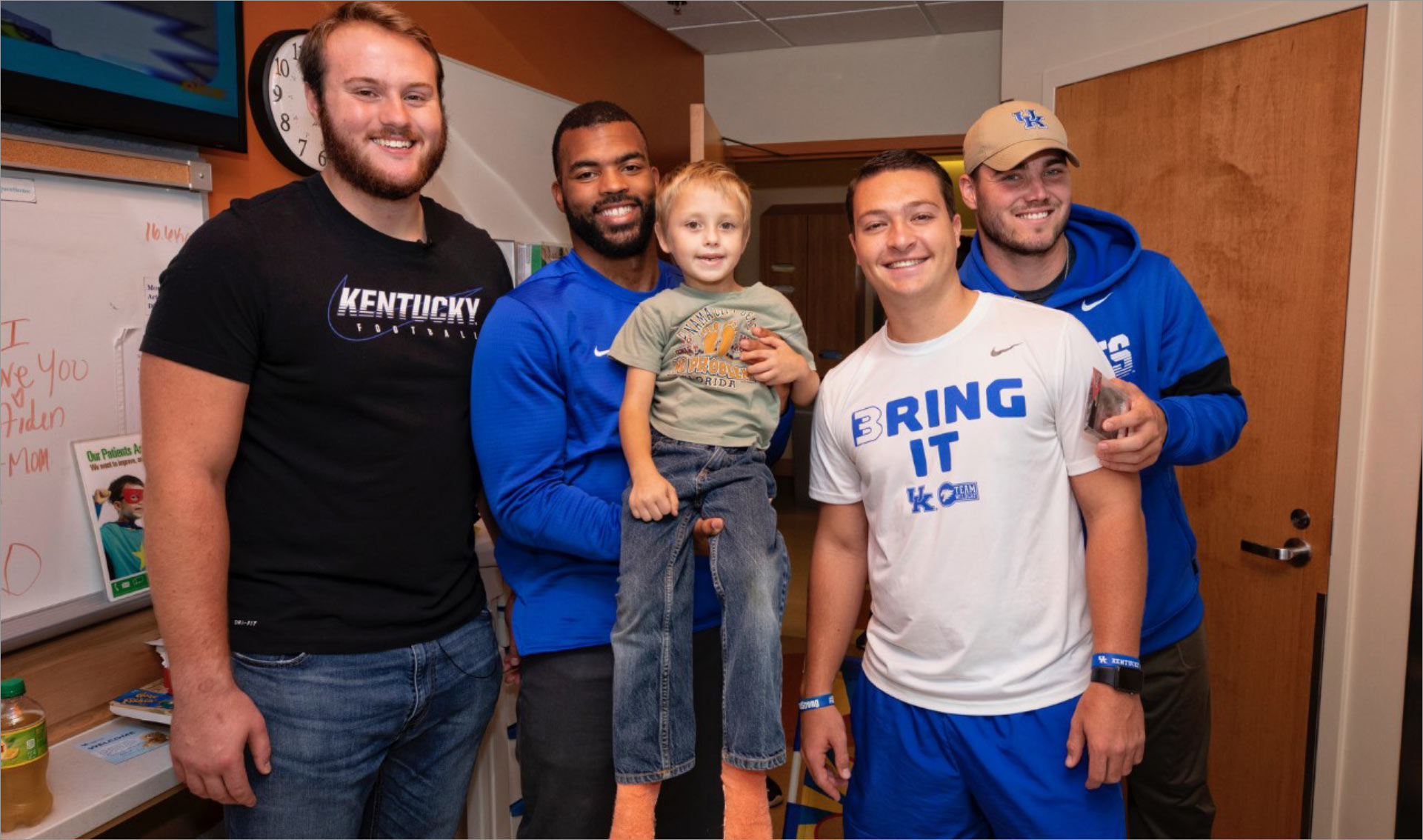 “Growing up in my community in Youngstown, Ohio, it was always about the community, helping each other out.”

Learn more about how we care for Big Blue Nation