“I’m not just limited to what I can do in the operating room.”

“I was diagnosed with a sarcoma called a GIST—a gastrointestinal stromal tumor. Unfortunately it was found in late stages, so I already had metastatic disease. I knew something was wrong. I’d felt too many livers and knew that this was not the way it was supposed to be.” 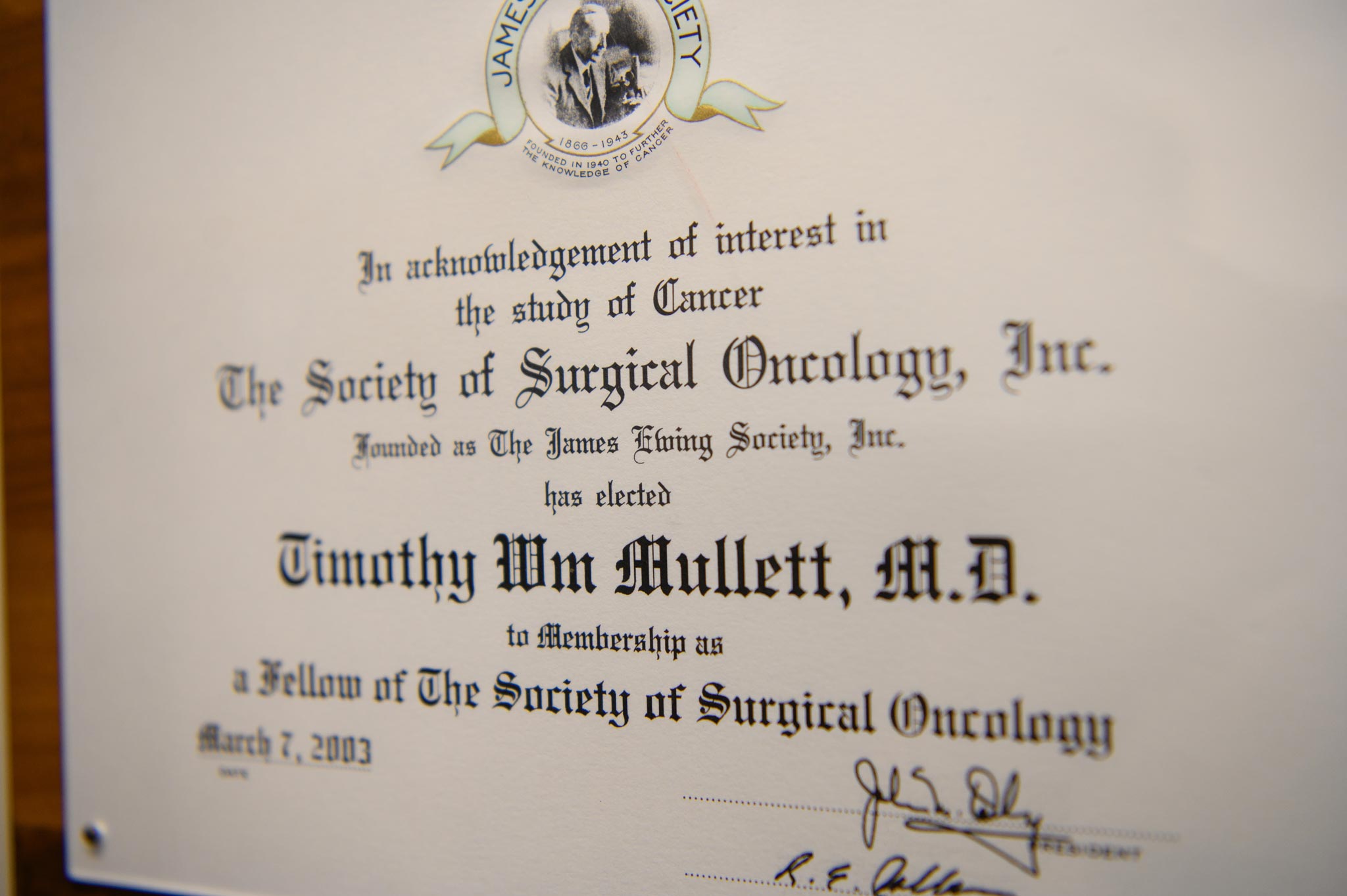 “I would not have predicted where I am, but I am fascinated and blessed to be on this journey.” 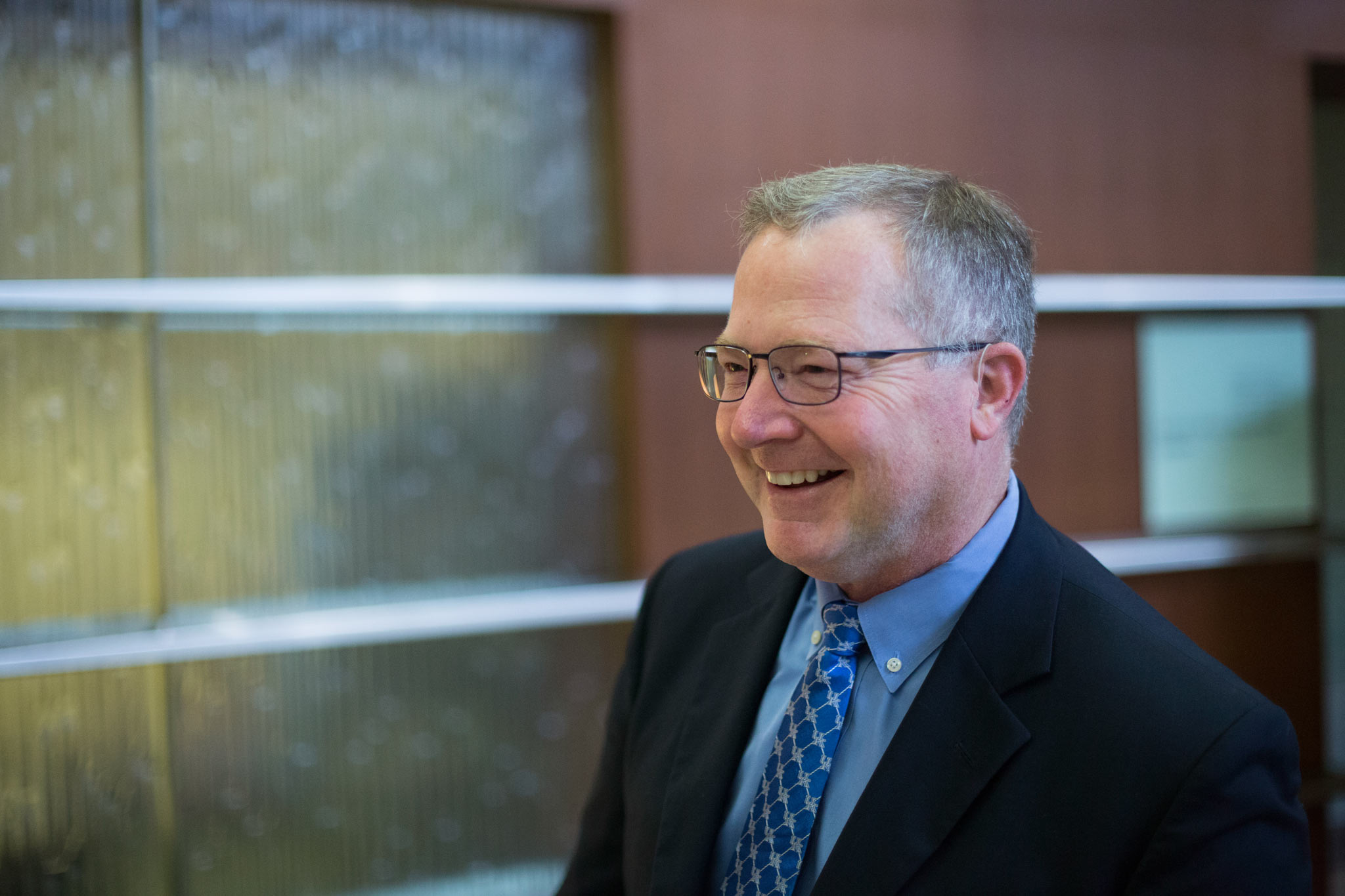 Dr. Mullett started in adult cardiac and then transplant surgery before he landed in thoracic surgery.

Dr. Mullett is a man who wears many hats: doctor, medical director, thoracic surgeon, reserve surgeon in the Army, cancer survivor, father and husband. He has overcome many odds, starting with his childhood survival of Reye’s syndrome (a very rare condition that causes swelling in the brain and liver). His diagnosis as a child is what drew him to the medical field.

“I think I just have a personality of wanting to try to help others and work through some of the challenges of taking care of folks, and I think that’s still part of what drives me today.” 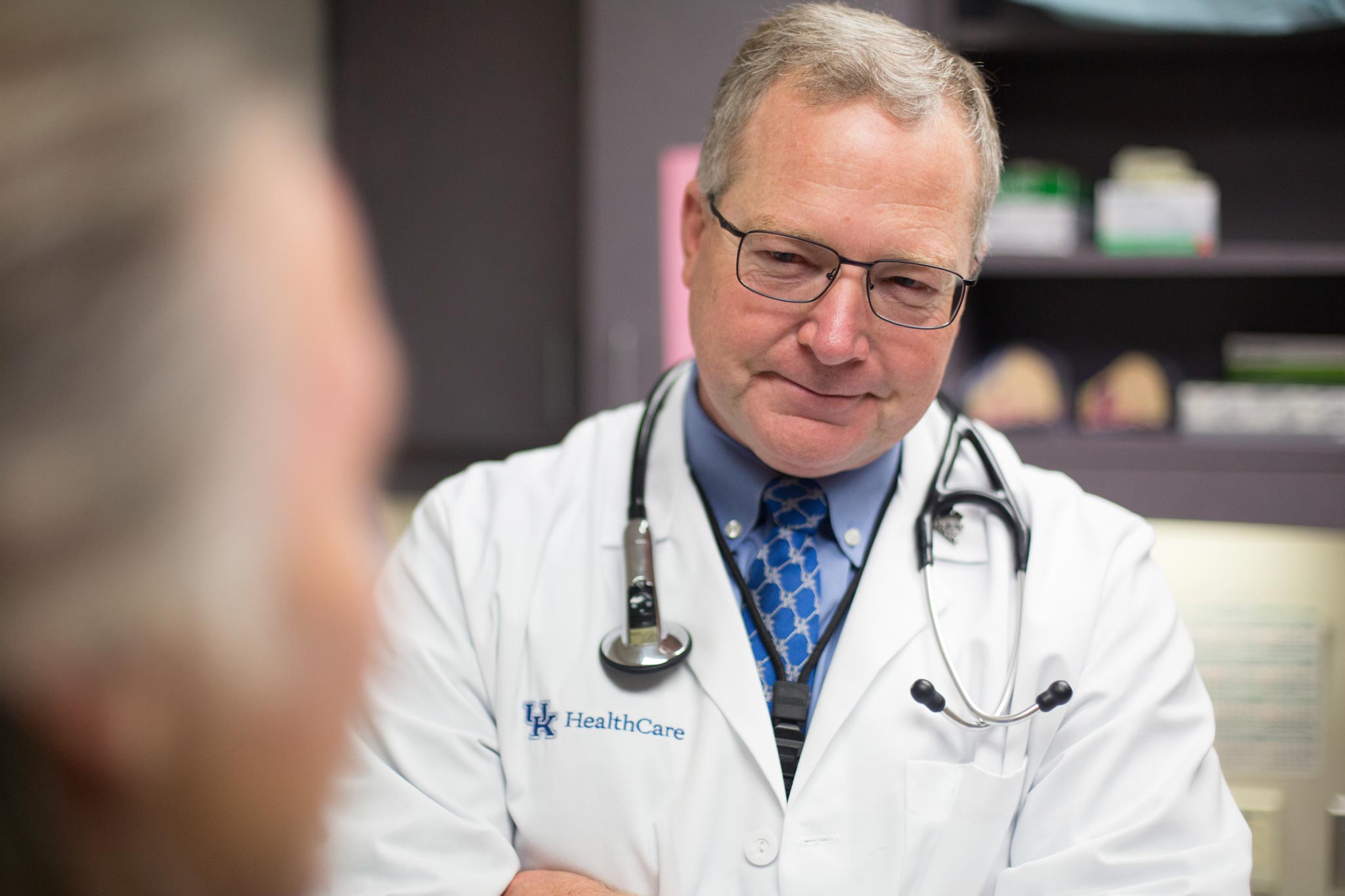 “I really like that the patients that I operate on would become long term friends.”

Dr. Mullett originally accepted a position in cardiothoracic surgery at UK HealthCare to work in pediatric cardiac surgery. While working as a heart and lung surgeon, he learned more about Kentucky and the state’s high cancer burden. He developed a practice as a dedicated thoracic surgeon who found a calling to work primarily with lung cancer patients. For the past fourteen years, Dr. Mullett has been a chair on the Cancer Committee, which has been instrumental in developing initiatives and programs to increase cancer survival rates. 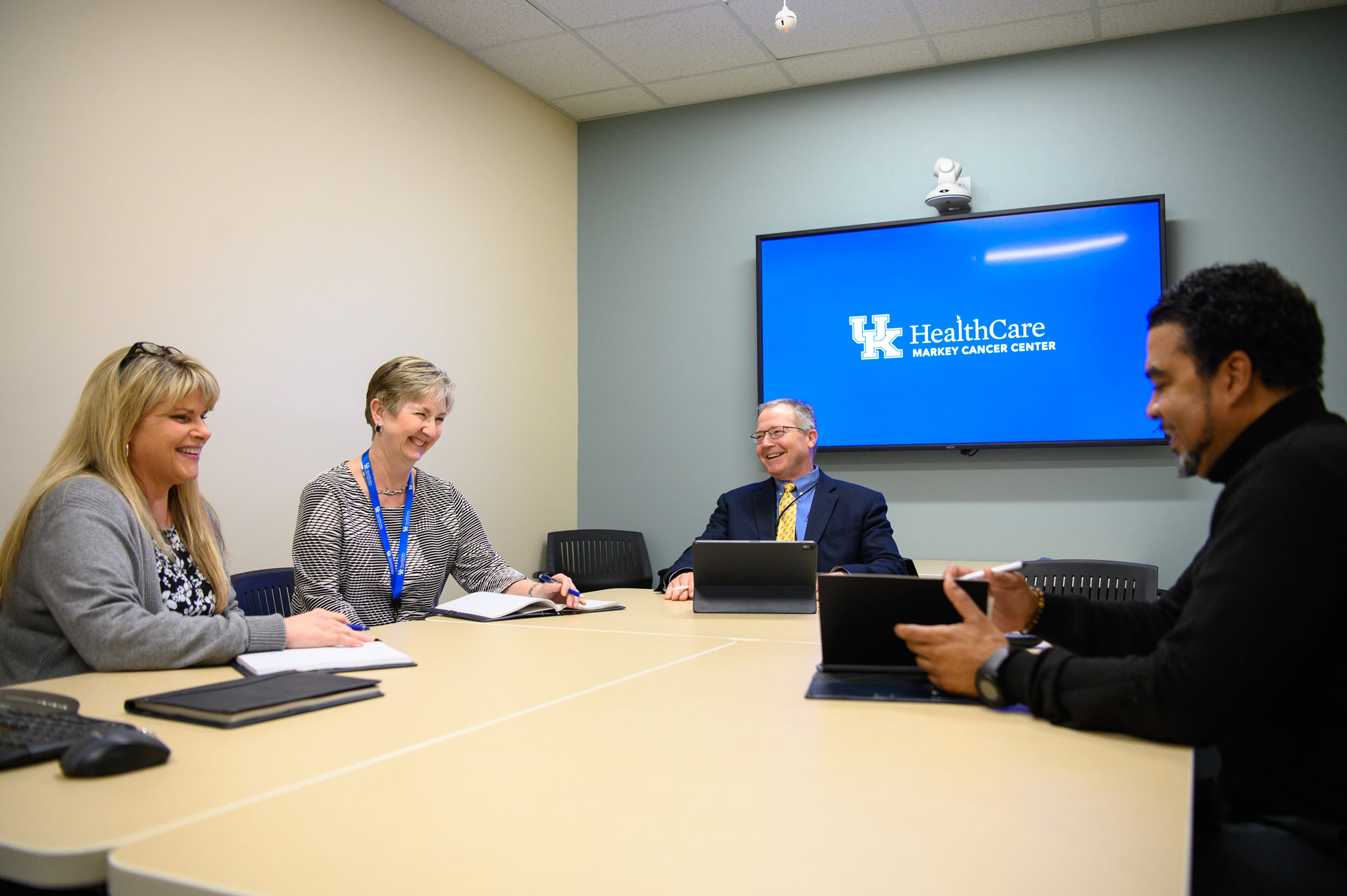 “The institution, the university, thoracic surgery and the department have been amazing.”

The desire to serve is something that motivates Dr. Mullett in nearly every aspect of his life. During his residency, he was introduced to the Army Reserve, and proceeded to serve intermittently for the next fifteen years. He went on two overseas tours in Afghanistan and Iraq as a reserve surgeon. It was on his way home from his last tour that he noticed something wrong in his liver—something that turned out to be metastatic cancer. Surgery was not an option, but his colleagues at Markey Cancer Center took a different approach. 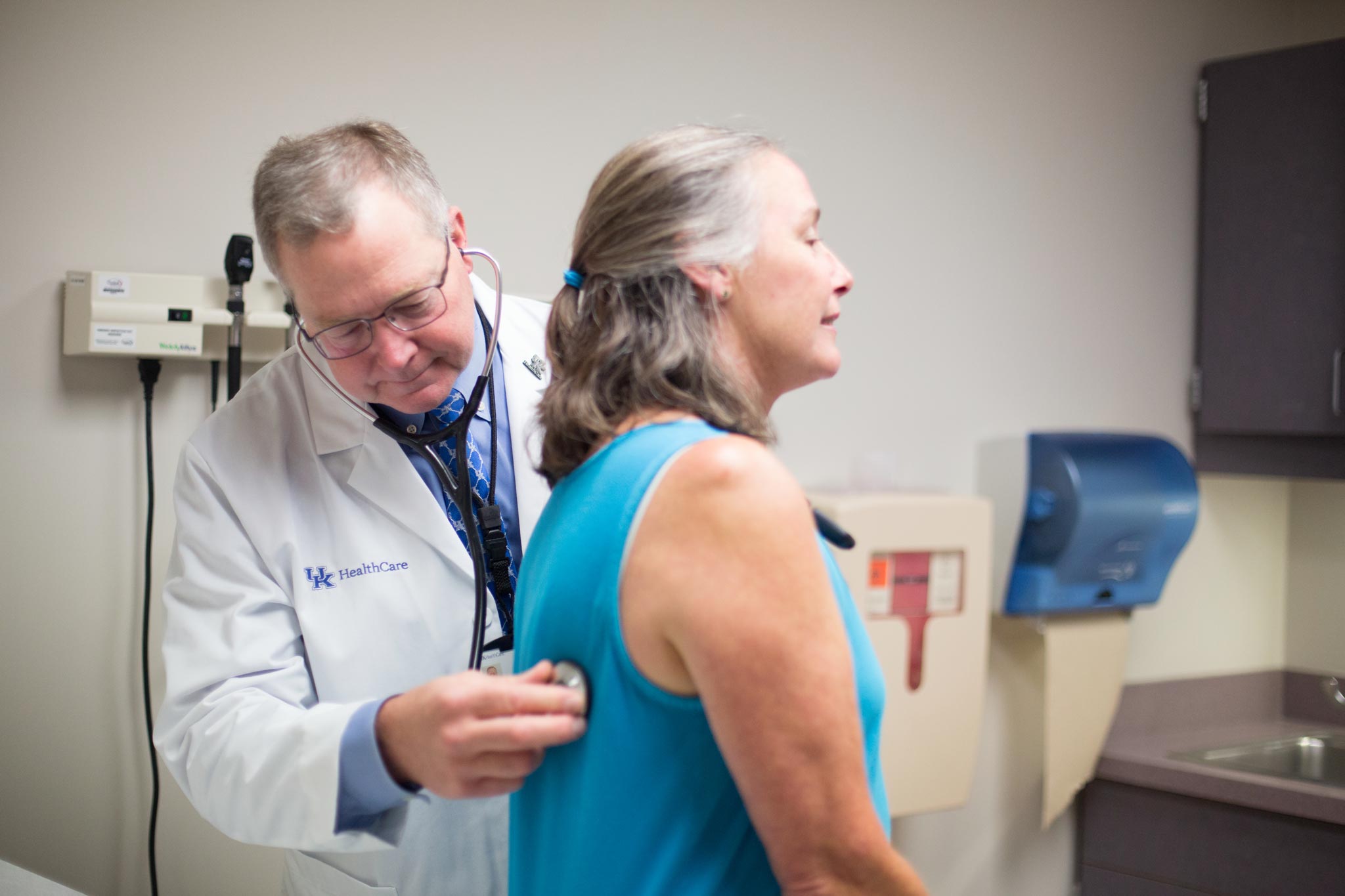 Dr. Mullett believes in working as a team with both his patients and his colleagues.

“There was only one medication at that time that was available for the type of cancer that I had, and it was a targeted therapy that worked on that tumor. Thankfully, I had the right mutation and the right makeup of my cancer, and the treatment was incredibly effective. Within a few months, it was not looking like a terminal problem, it was actually looking like a problem that was going away.” 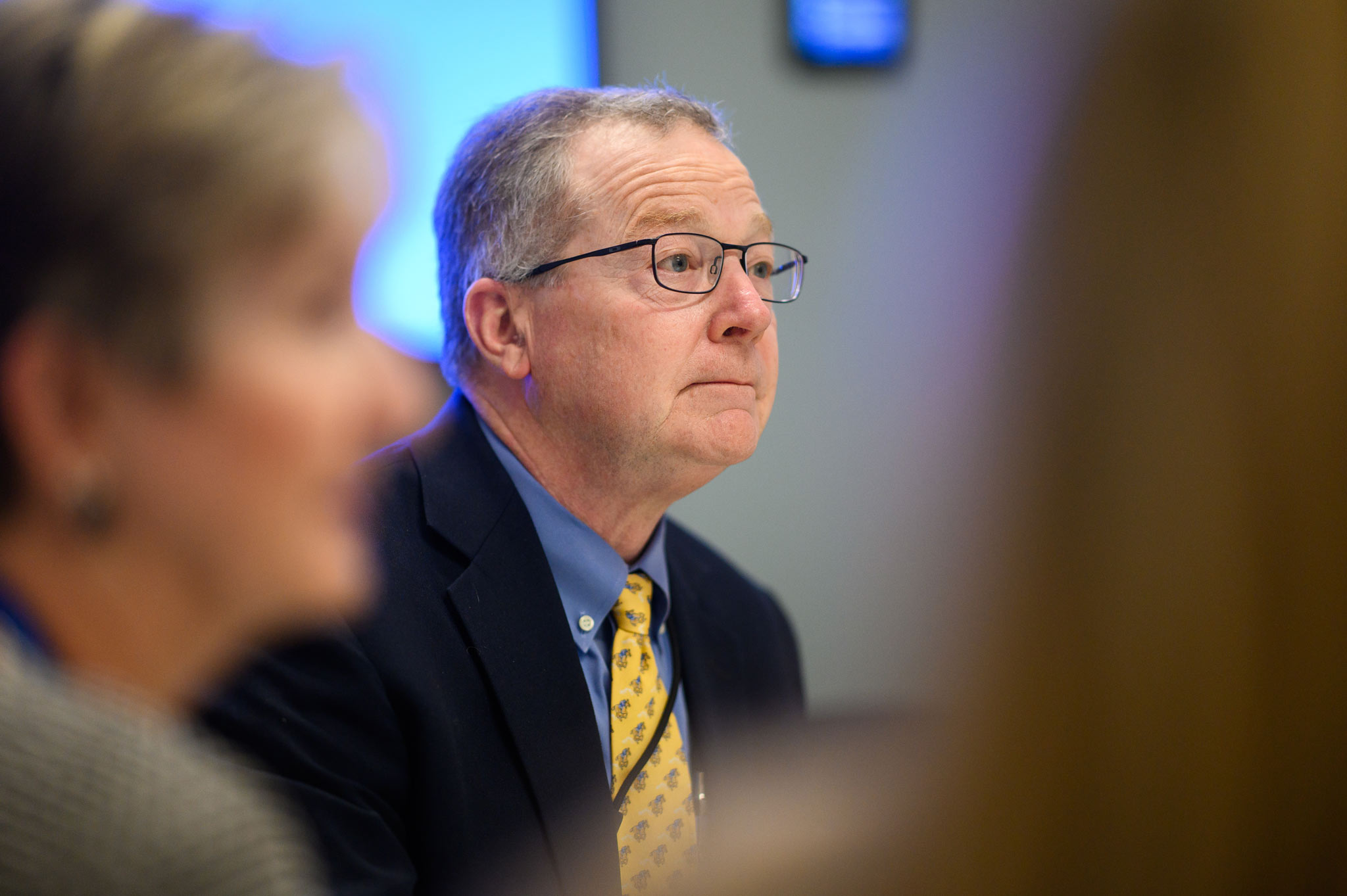 “I was able to get back home, and my friends and colleagues here took care of me at Markey Cancer Center.”

Thanks to that targeted treatment, Dr. Mullett is cancer free today—and able to continue his service in helping others achieve the same.

As a doctor and a surgeon in Lexington for the past twenty four years, Dr. Mullett knows more than most about the great struggle in Kentucky that is lung cancer. As a former cancer patient himself, he knows the urgency for solutions to diagnoses. Dr. Mullett is an advocate for greater initiative in the fight against all kinds of cancer, but lung cancer is one he feels particularly passionate about. 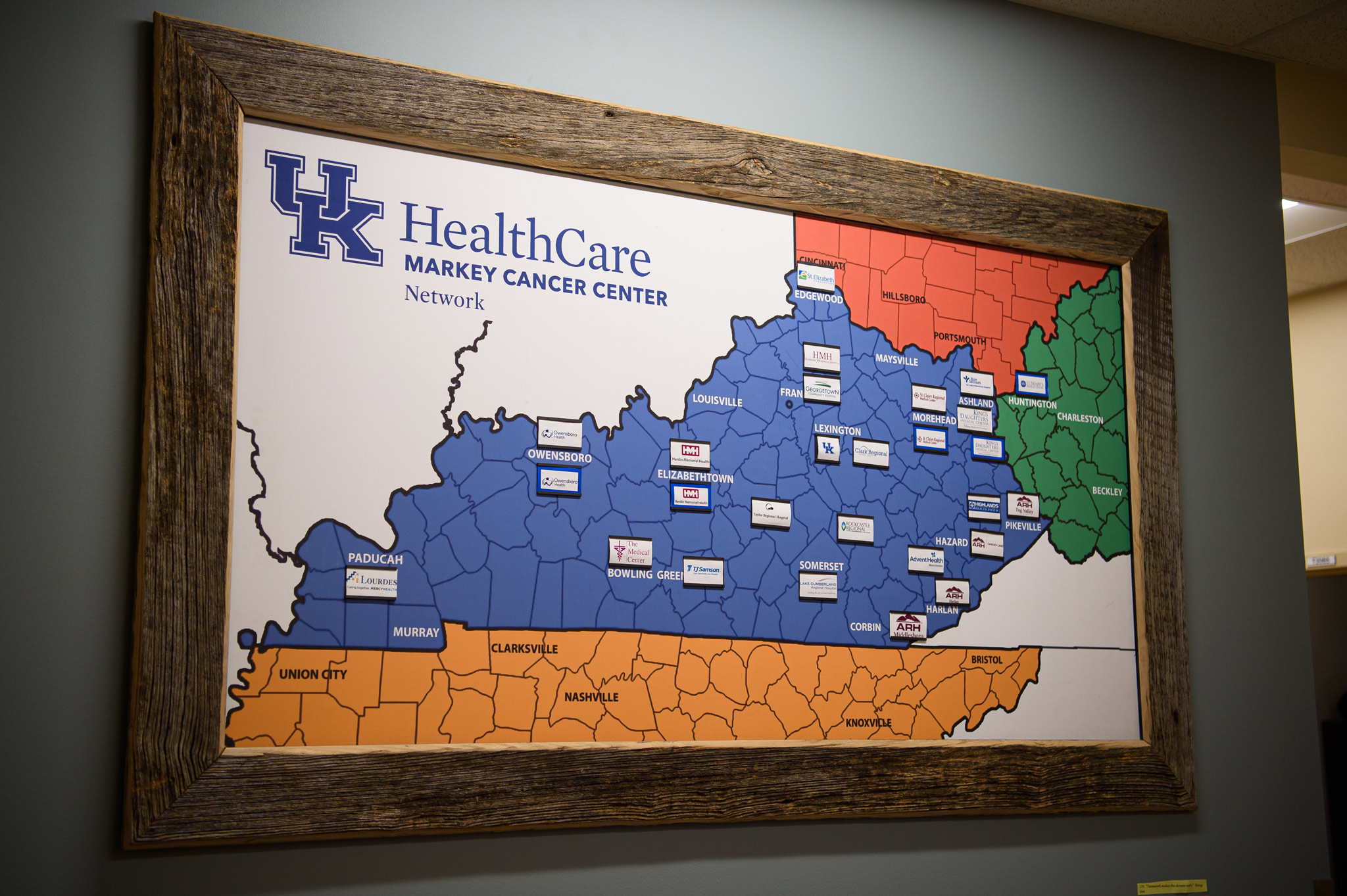 “With the precision medicine expansion and our efforts and research, we're tackling lung cancer with great emphasis.”

“We are one of the leading states in the country with effectiveness of lung cancer screening. Ideally, it would be impacting prevention of lung cancer by decreasing smoking rates. And on the back end, with the precision medicine expansion and our efforts and research in that area, I think that we’re tackling lung cancer with great emphasis.” 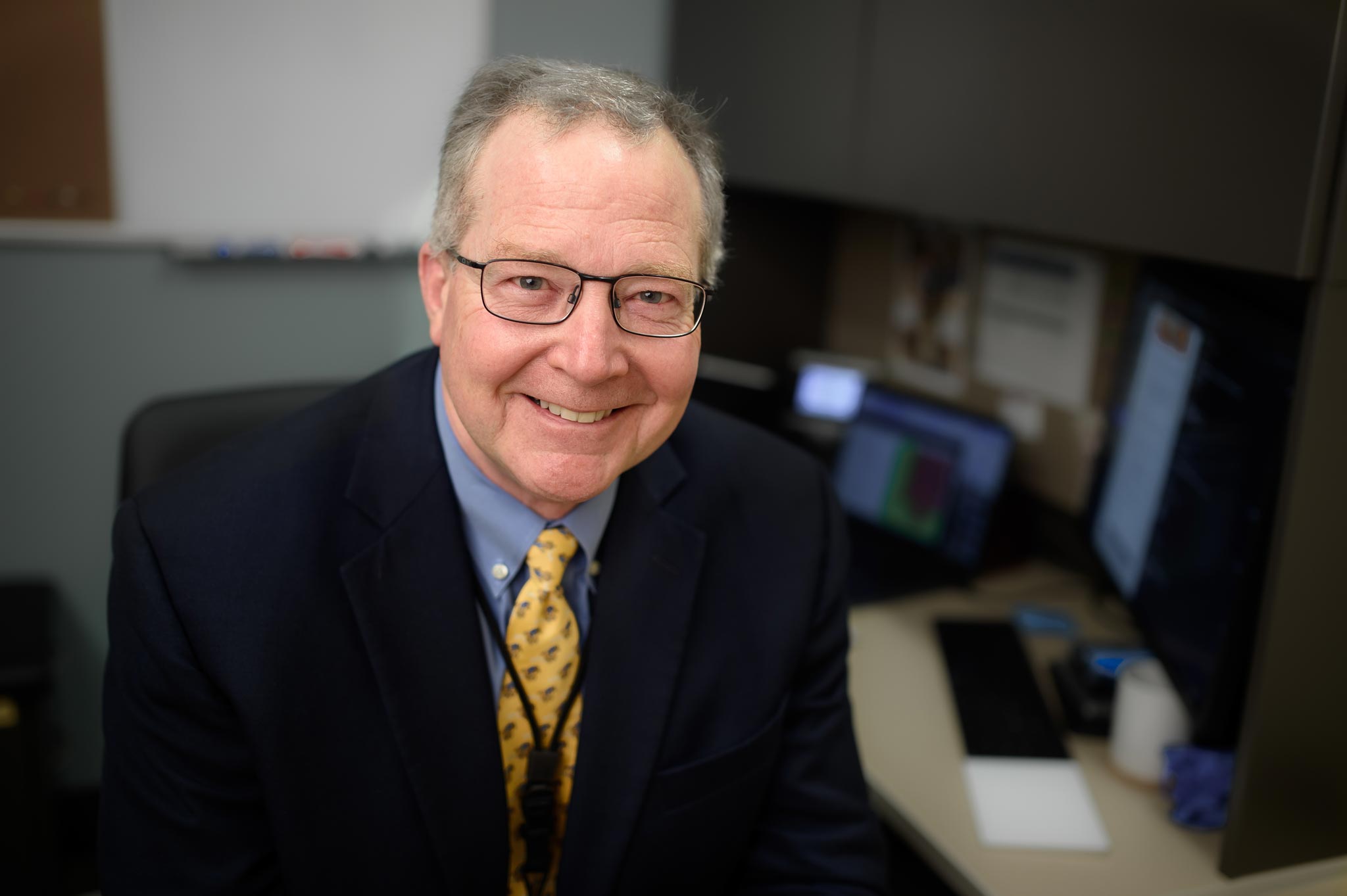 Dr. Mullett found a home in Lexington, and a family at UK HealthCare.

Learn more about the work of Dr. Mullett and his team

READ MORE
“I’m not just limited to what I can do in the operating room.”2020-04-282020-04-28https://proof.ukhealthcare.com/wp-content/uploads/2019/04/ukhc-logo-white.pngWe Are Proof | UK HealthCarehttps://proof.ukhealthcare.com/wp-content/uploads/2020/04/dr.mullett-6_featured.jpg200px200px
Contact
Follow Us
© University of Kentucky, Lexington, Kentucky, USA | An Equal Opportunity University | Interpreter Services | Notice of Non-Discrimination | Sitemap