“You better come here and get an opinion.” 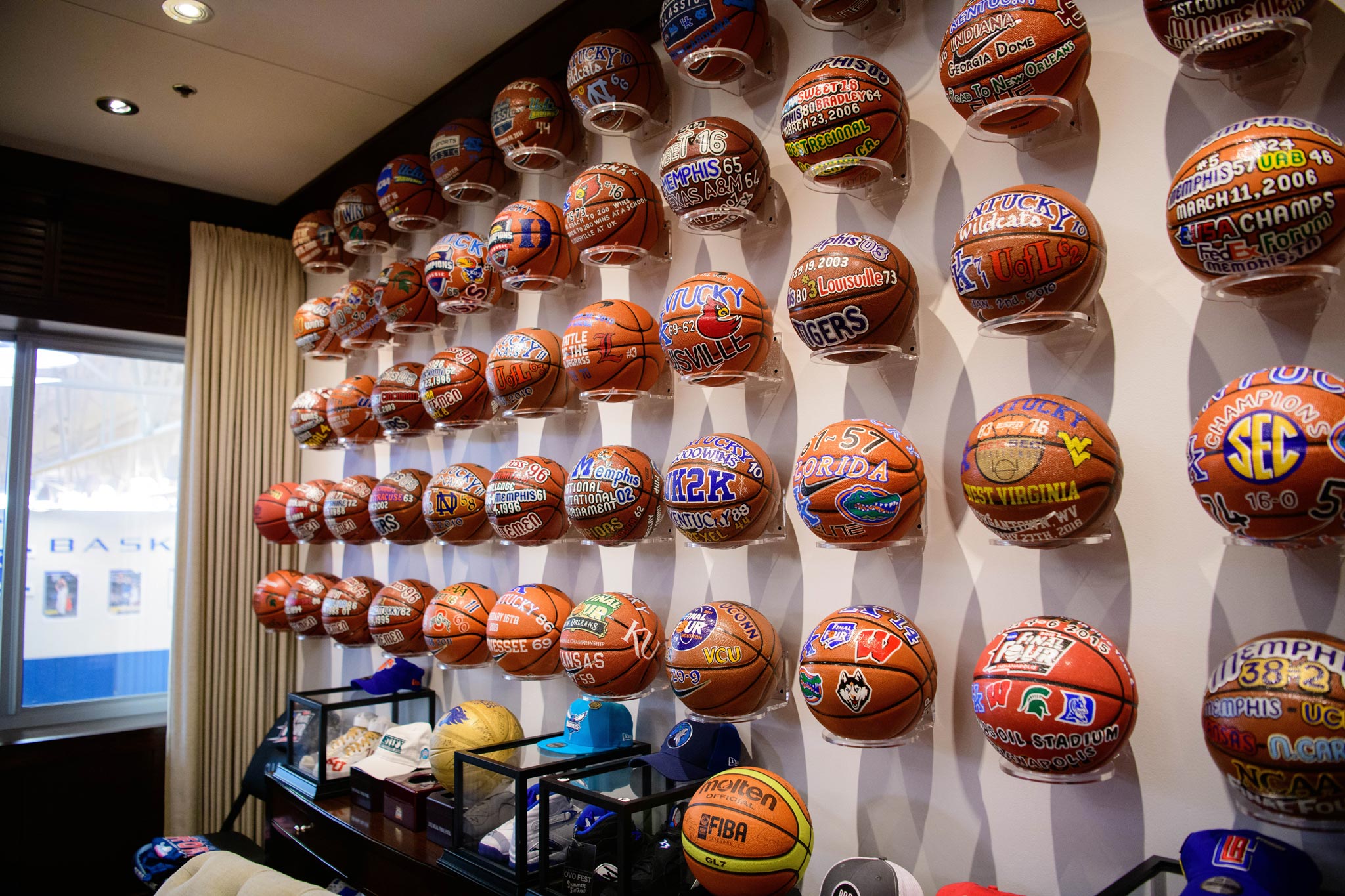 Coach Cal’s office is filled with reminders of the biggest moments of his long and storied coaching career.

While Coach Calipari fears no man or team, he knew that in order to continue to be the coach Kentucky needed, he could not go on with the severe pain he felt in his right hip and legs—even after an earlier hip replacement.

“When you’re in bed sleeping with a pillow between your legs because you feel like you’re dying, and when you’re laying in bed and every time you move it’s like a stab wound to your hip—at that point, don’t wait to fix it. Go.” 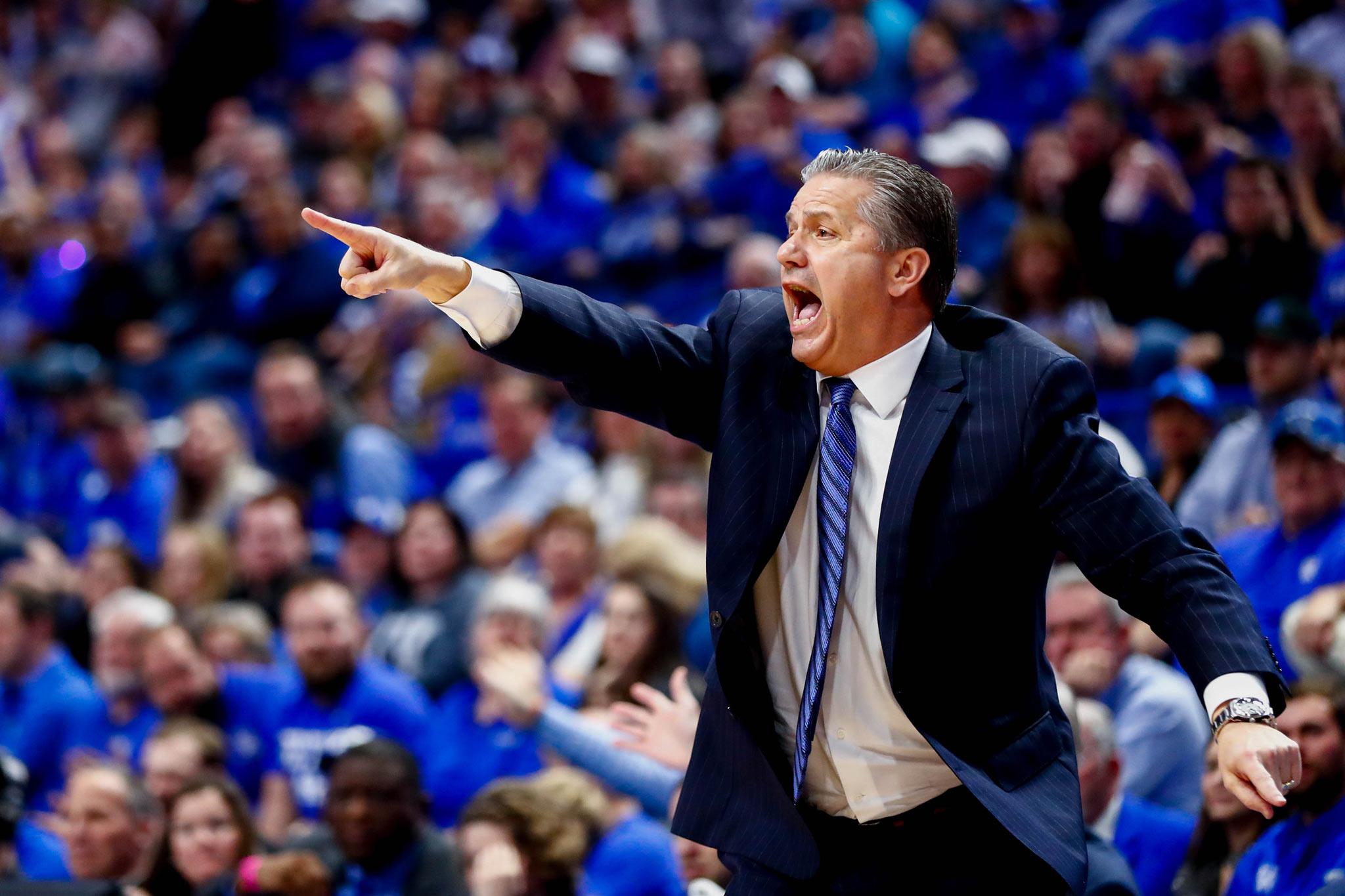 Coach Cal is known for being incredibly active in the heat of a game.

Not only was this pain affecting his daily quality of life, but it was taking a toll on Coach Cal’s extremely active career. Coach Calipari had his left hip replaced in 2004 while coaching in Memphis, and his right hip surgery followed in 2014. Coach Cal knew that in order to get the best results, he needed to go to see the best—in this case, Dr. Jeff Selby at UK HealthCare’s Orthopaedic Surgery & Sports Medicine. 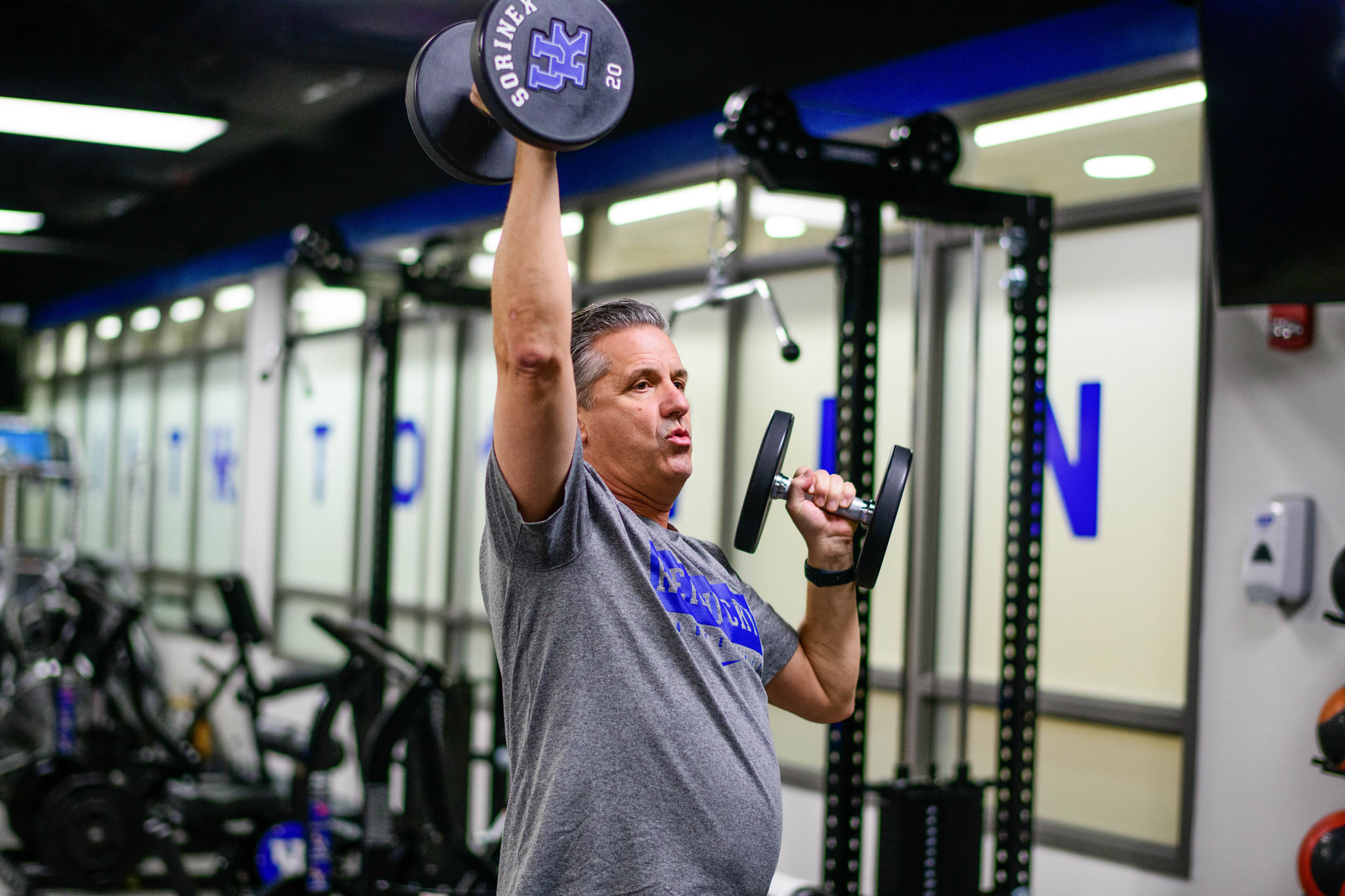 “You cannot do your job with that kind of pain. And after the surgery, you cannot believe how your pain was relieved.” 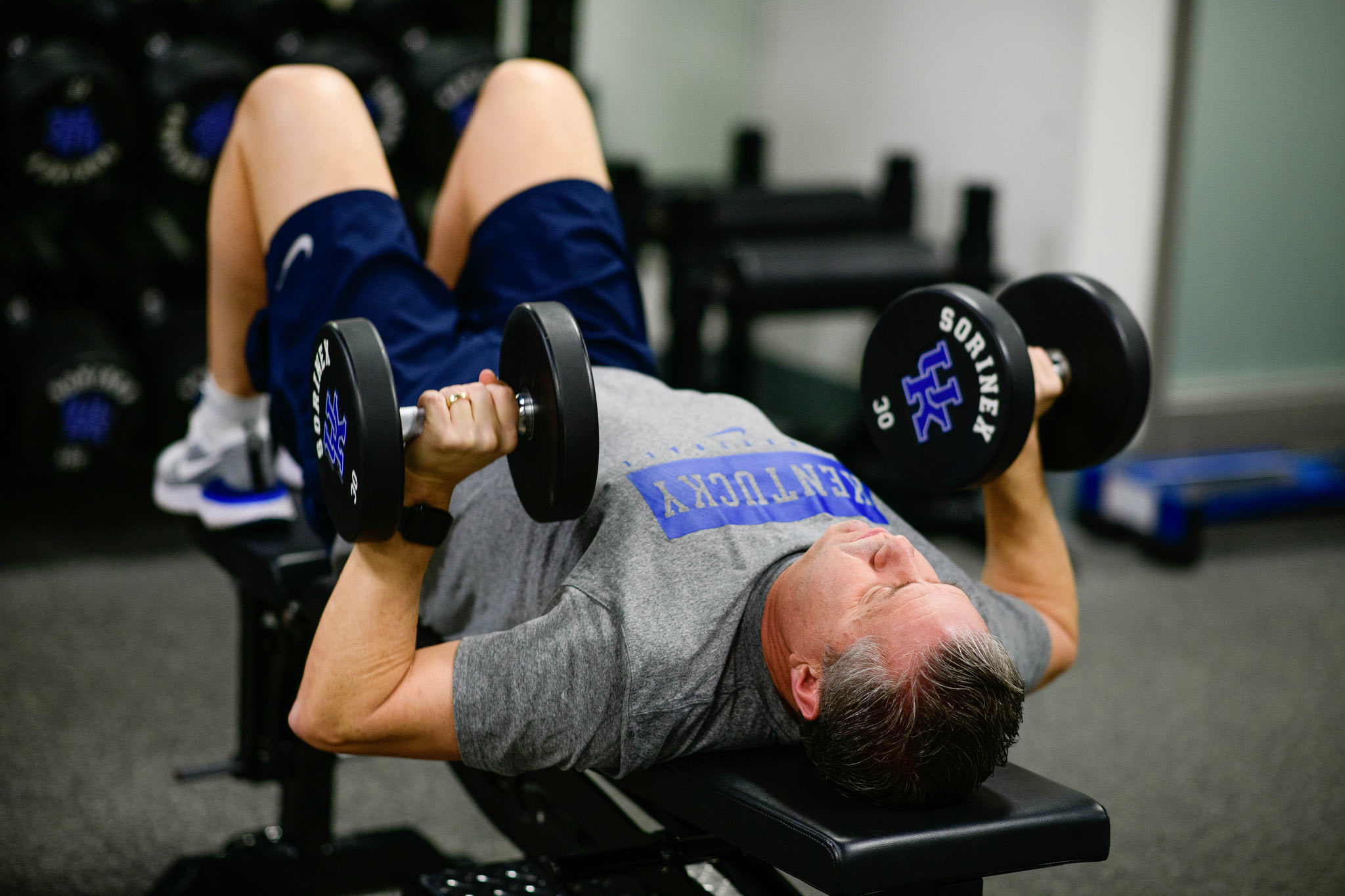 Coach Cal stays active on and off the court, working out regularly in the same facility his players use.

A big part of rehab following a hip replacement surgery is getting back into walking again. Considering that Coach Cal walks between three and four miles during a single practice, and probably closer to ten miles during a game that’s gone into double overtime, the recovery was crucial for him and his team alike. Today, Coach Calipari is comfortable being active once again and is able to focus completely on his team, rather than the pain he felt before. 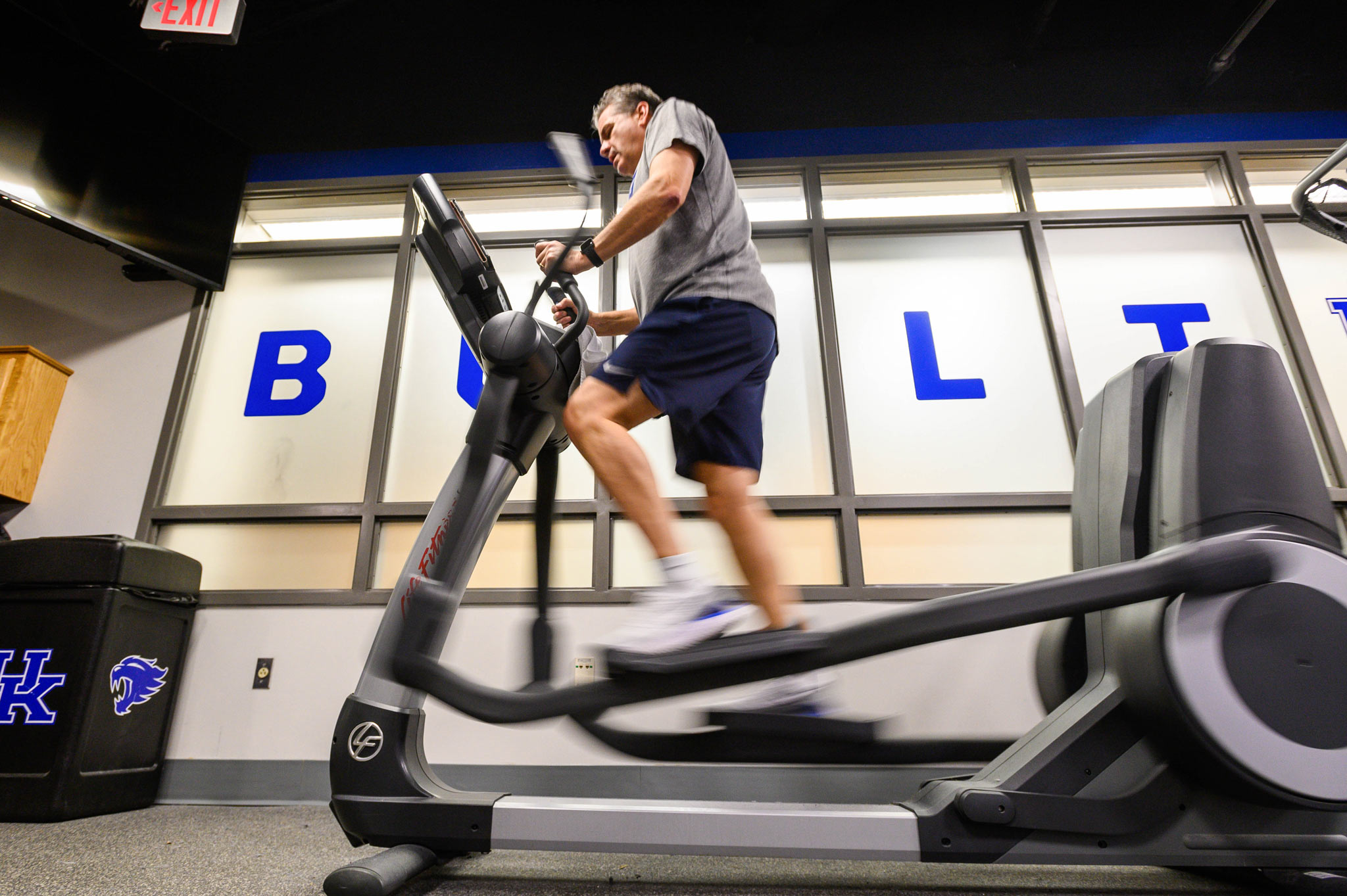 These days, Coach Cal does four miles a day on the elliptical. “I became purposeful in my walking.”

In addition to Coach Cal’s long walks up and down the court, he also exercises regularly on the elliptical, clocking over four miles a day. In total, between his workouts and practices, he averages around eight miles per day. As someone with a double hip replacement, this is no small feat. 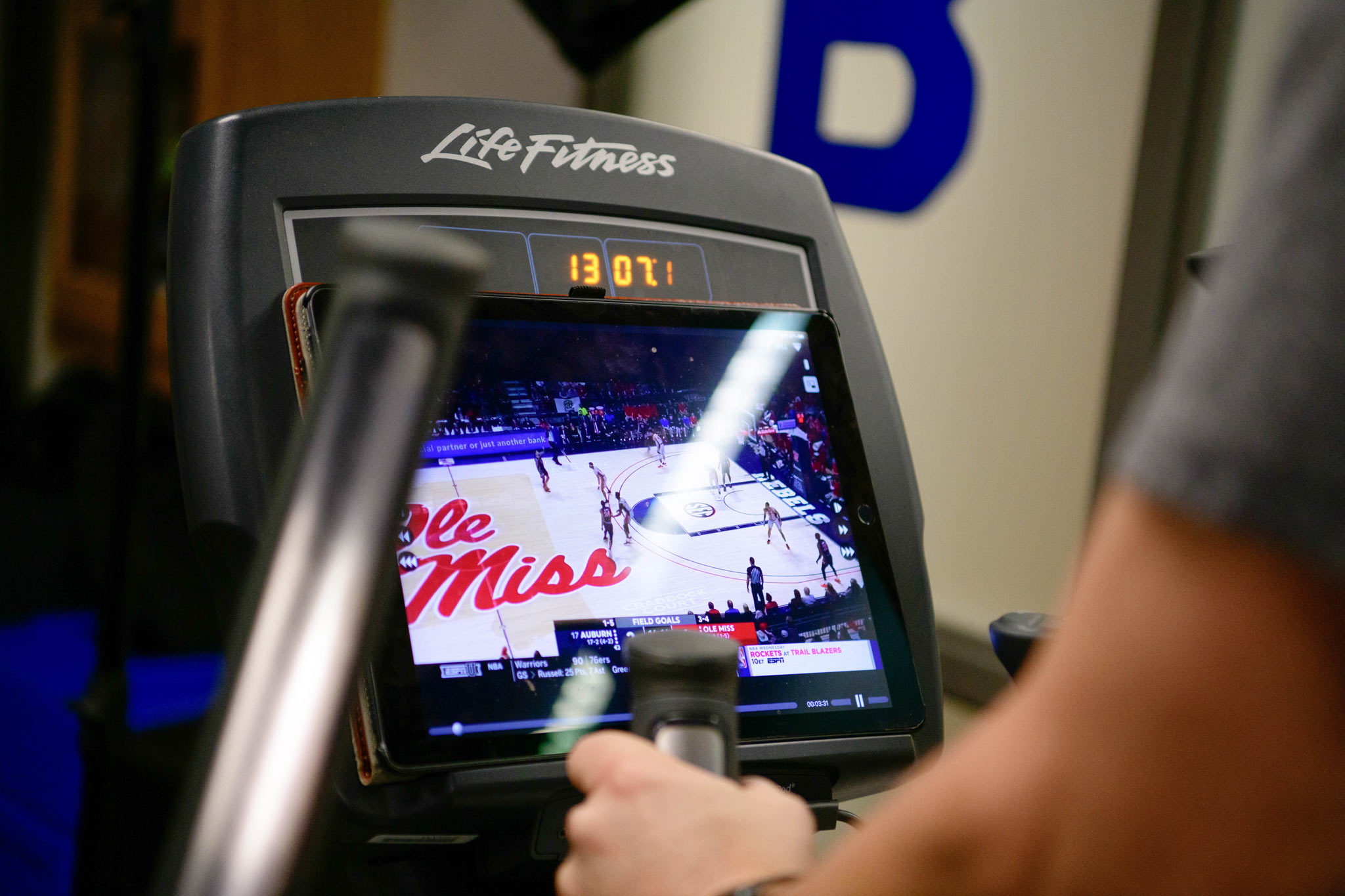 Coach Cal uses his daily time on the elliptical to keep an eye on the competition.

“I would tell you, if you’re in a different part of this state, you better come here and get an opinion. Let them see what you have, and let them give you an opinion of what they can do for you.” 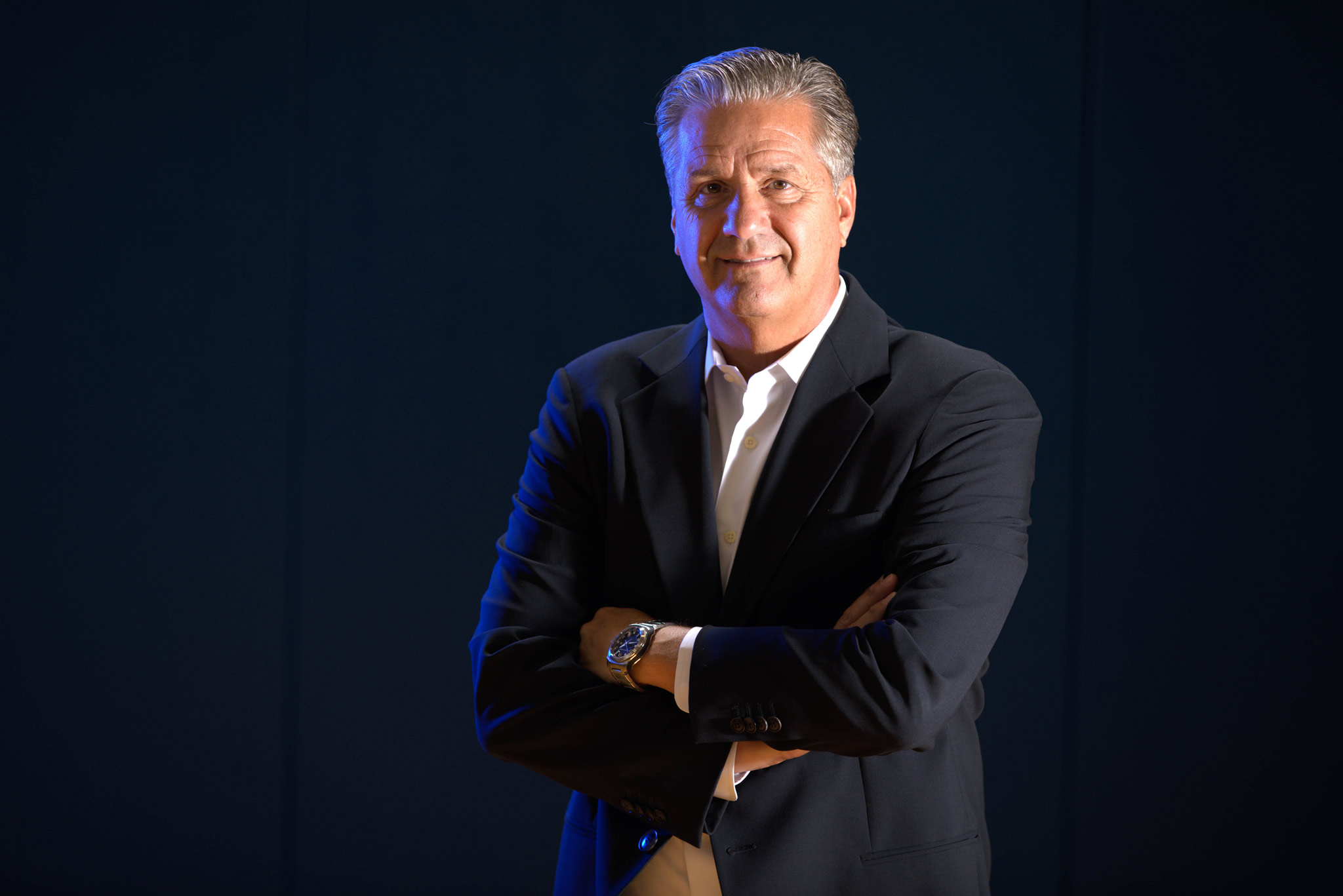 “Whether it be football or basketball or all of our sports, we're fortunate to have UK Orthopaedic Surgery & Sports Medicine be there for these athletes.”

See how we care for patients like Coach Cal

“No excuses. Go get it taken care of.”Orthopaedics