“If you continue to do the things that you did in the past, and if you continue to binge eat or not change your choices, you’re not going to have that positive outcome. I mean, it’s not magic.” 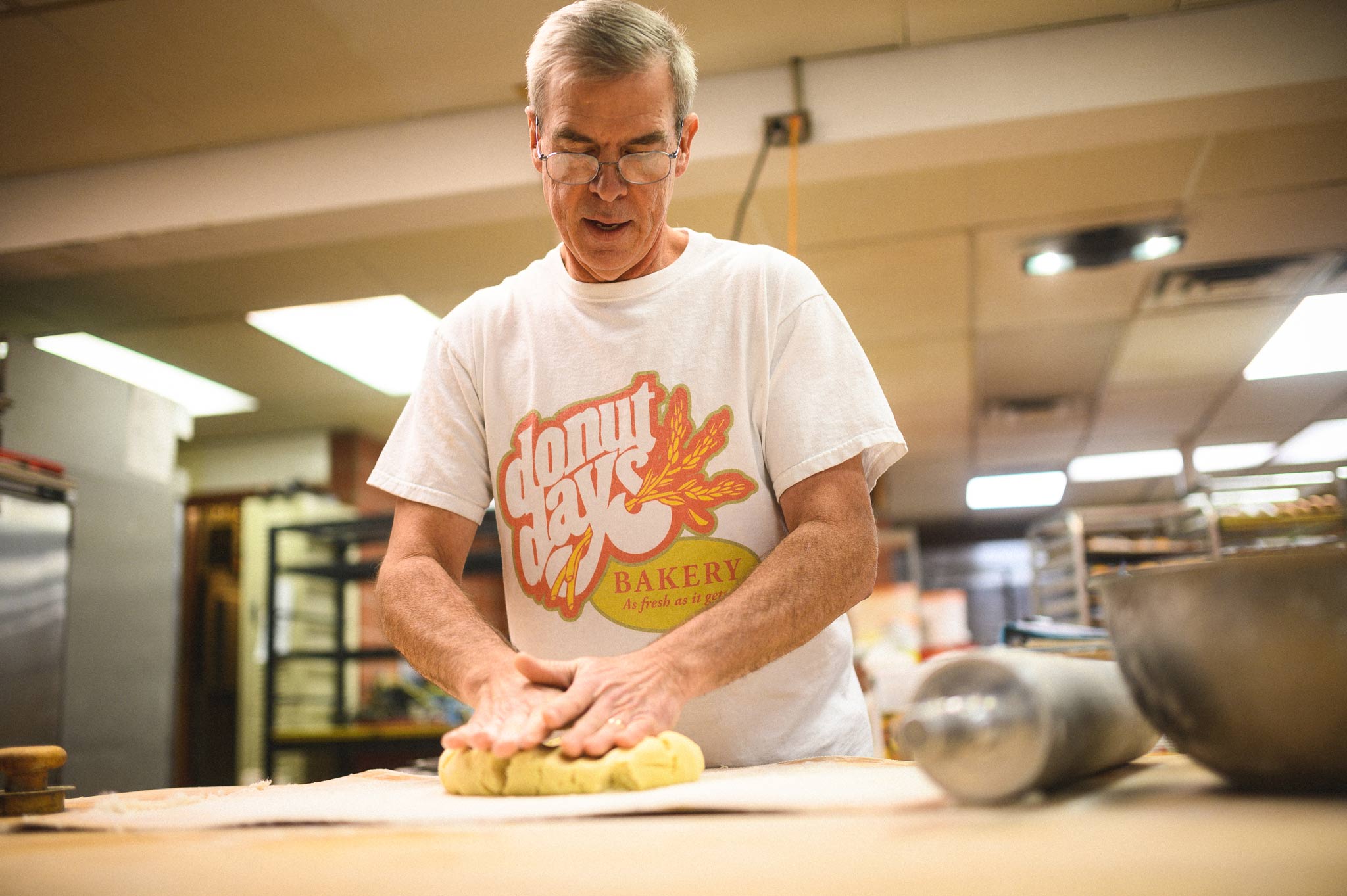 As the owner of Donut Days Bakery, Fred spends his days surrounded by delicious—and tempting—baked goods.

In the spring of 2019, Fred Wohlstein made a choice to change his health and his life. At the recommendation of his nurse practitioner, he joined the Diabetes Prevention Program at Barnstable Brown Diabetes Center. The DPP is a series of small-group classes offered to people who are at serious risk of diabetes. Participants make a year-long commitment to attending classes, changing their lifestyles, and improving their future health. 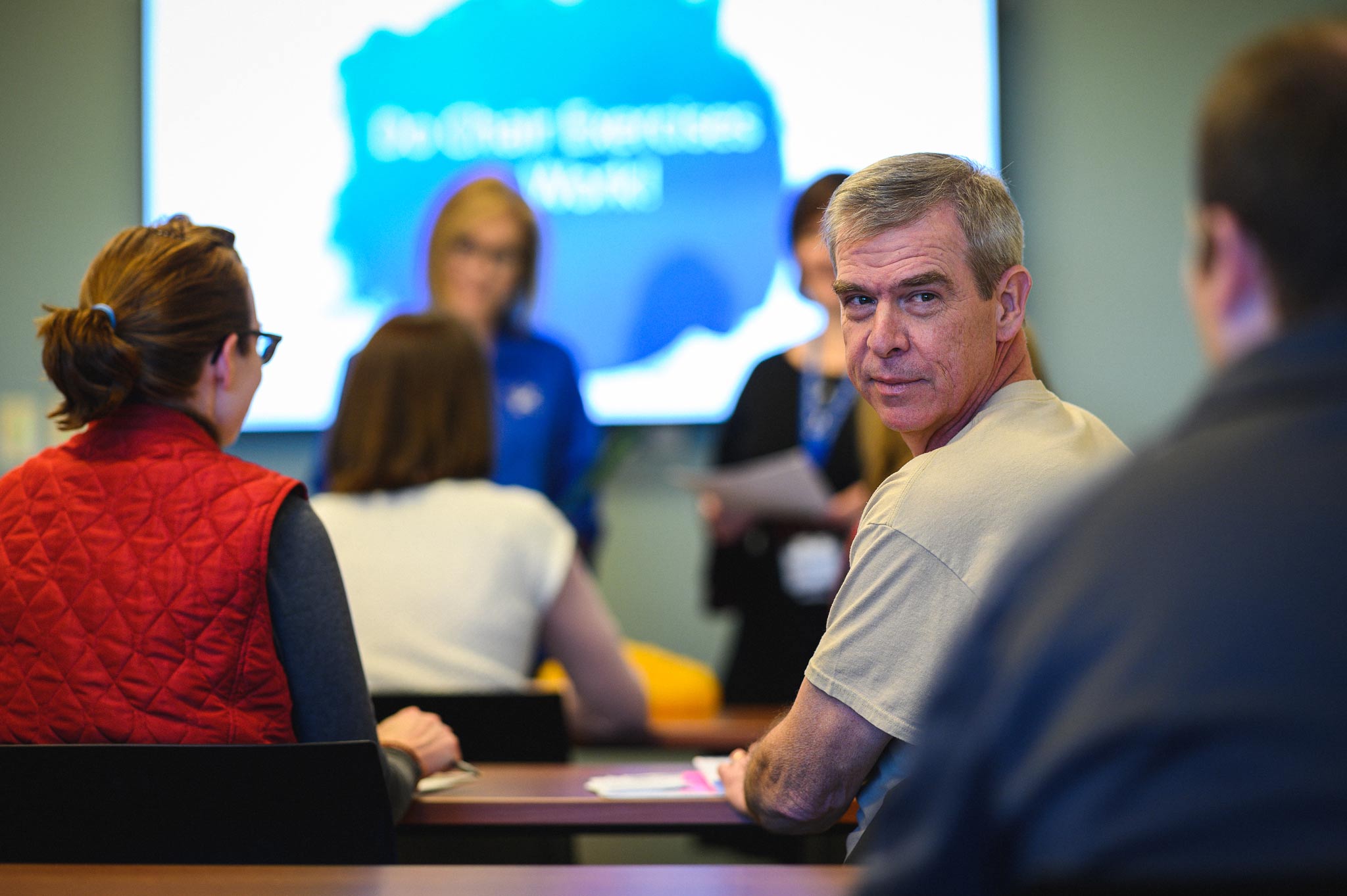 Fred meets with his classmates at a regular DPP meeting at Barnstable Brown Diabetes Center.

“My goal was to enter a program where I had more accountability. I thought doing it in a group setting where it was structured would give me a better outcome. It would hold my feet to the fire, so to speak.” 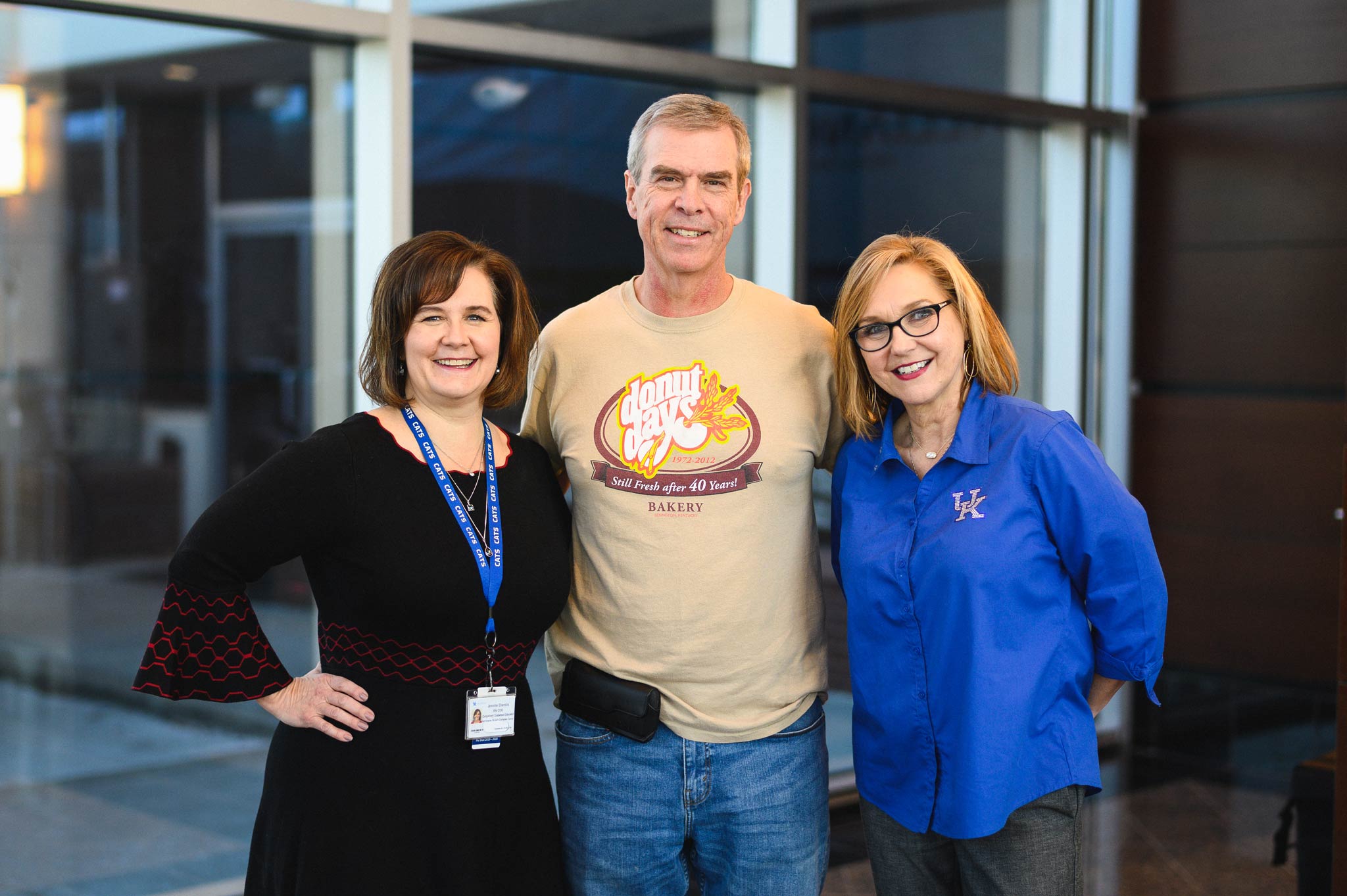 “I wouldn’t have been able to do this without them.”

The DPP isn’t just about meal plans or exercise—it’s about learning to change habits and make better choices. The program focuses on portion control and seeking healthier alternatives. Advice from nutritionists, guest speakers and regular private weigh-ins are incorporated into the program as motivators.The DPP encourages walking for at least 30 minutes a day as a primary form of exercise. 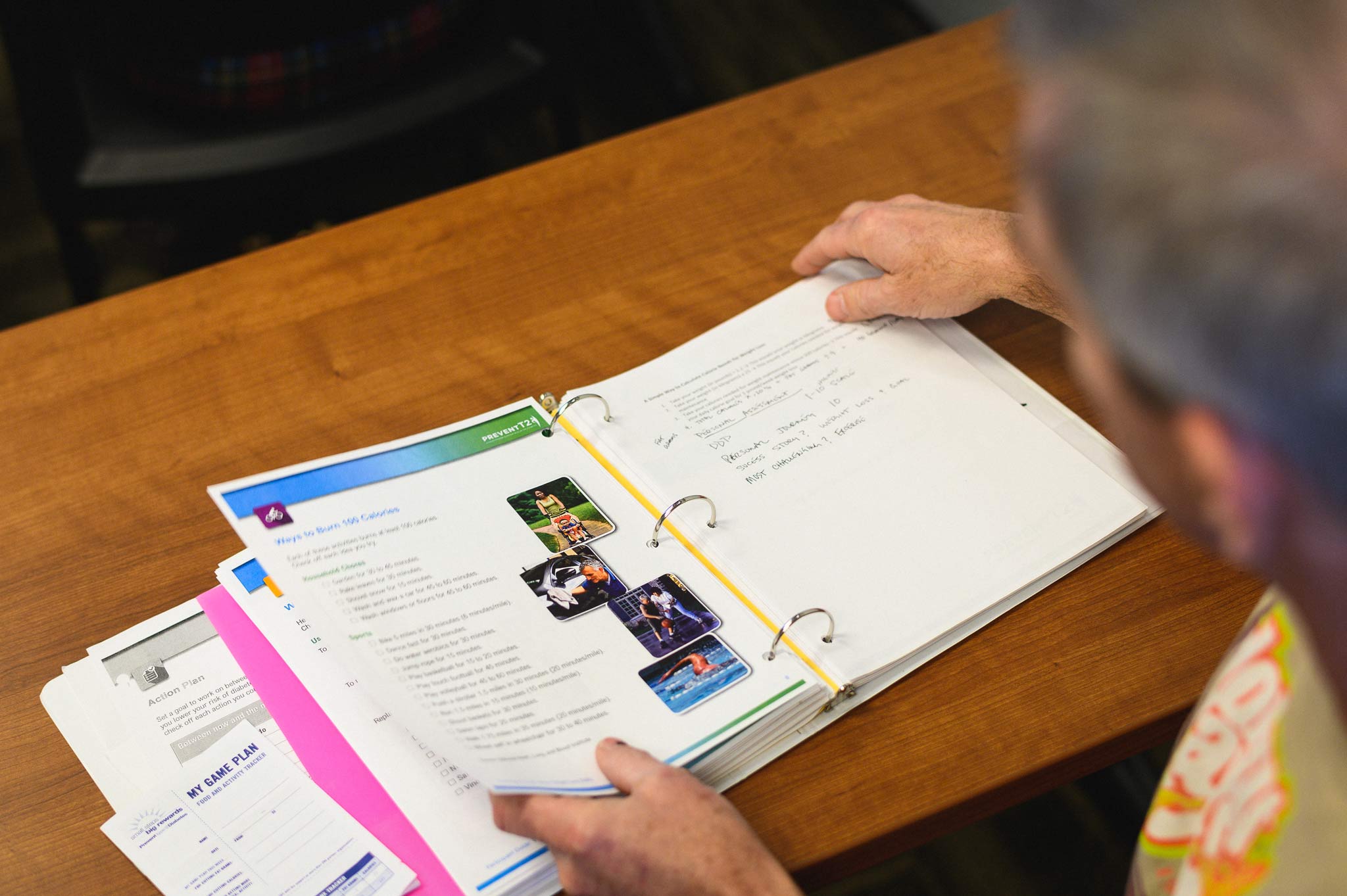 Fred’s binder, containing nearly a year’s worth of resources from the DPP.

One factor made Fred’s goals slightly more difficult: he spends his days surrounded by donuts. As the owner of Donut Days Bakery, he didn’t let the “ultimate temptation” of handling sweets seven days a week stop him from getting healthier. 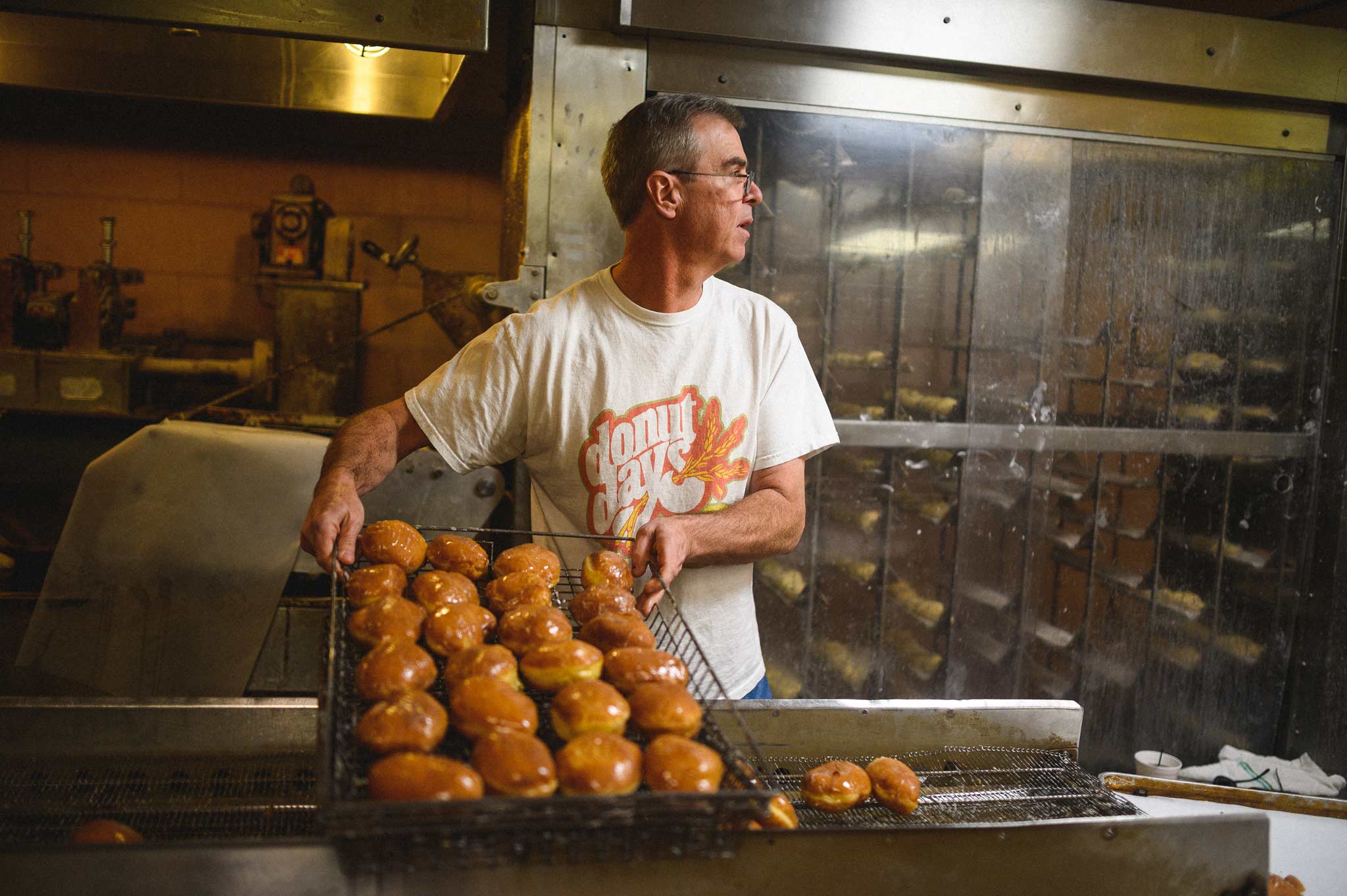 “Before doing the DPP, I had done some fad diets. I had very moderate results. I wouldn’t really call it successful.”

Instead, Fred has attended and continues to attend every meeting offered, and has made serious changes to his eating and exercise habits—altering his health and his life completely. “At this point I’m no longer taking blood pressure medicine. I’m no longer pre-diabetic. I have less joint discomfort than I had when I was carrying about 25% extra weight. During Christmas, I actually played basketball with all three of my children and we went on a hike. We went motorcycle riding.” 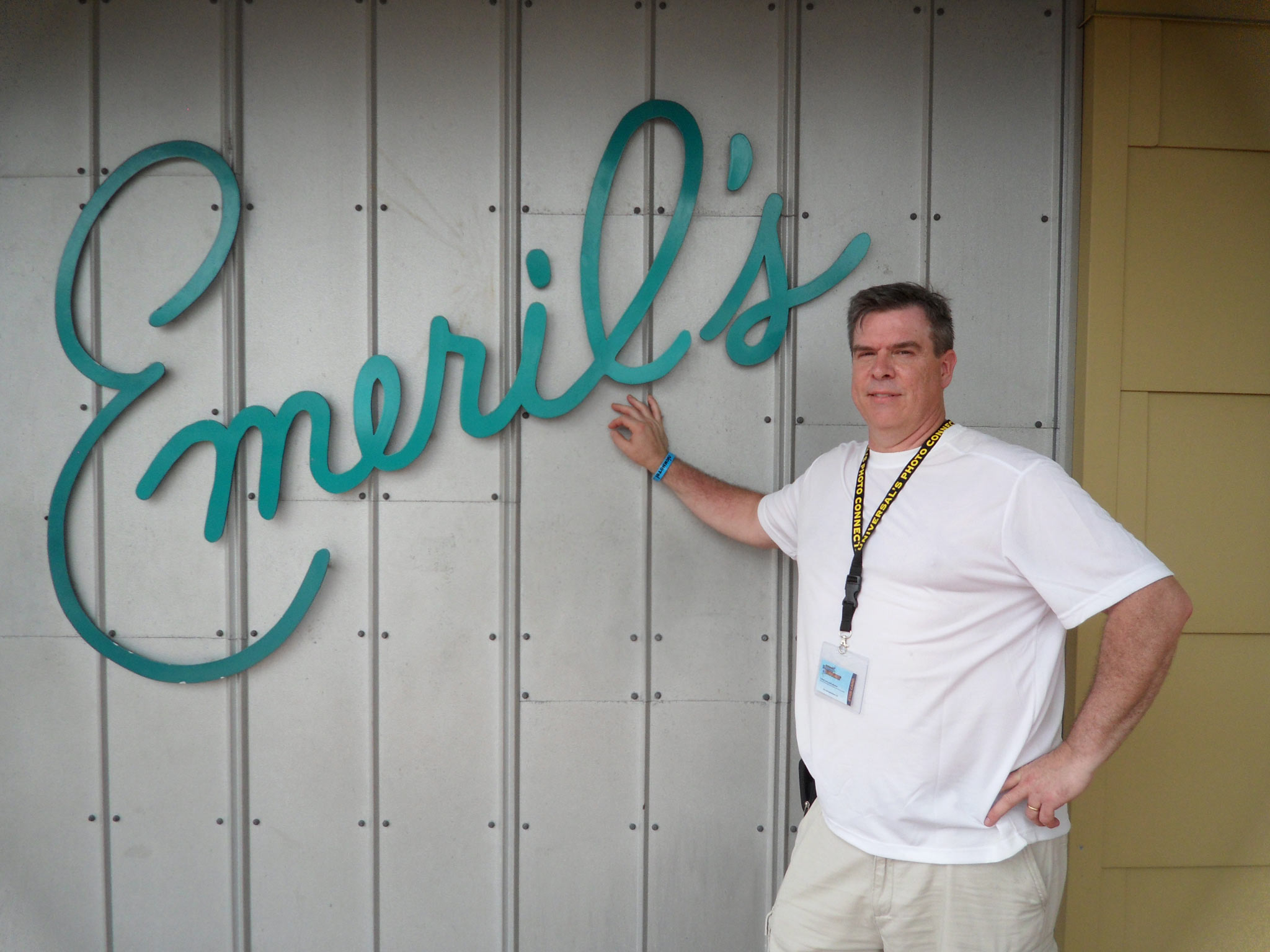 Fred’s appearance has changed drastically since he joined the DPP, and some bakery regulars don’t recognize him at first.

Fred’s new lifestyle changed his appearance so drastically that regular customers don’t even recognize him, which he sees as positive reinforcement. “People that haven’t seen me, who maybe haven’t been by the bakery in a couple of months, the first thing they do is they look at you in awe or they don’t recognize you at all. You go to shake their hand and they’re like, ‘Oh hey, you’re Fred.’” 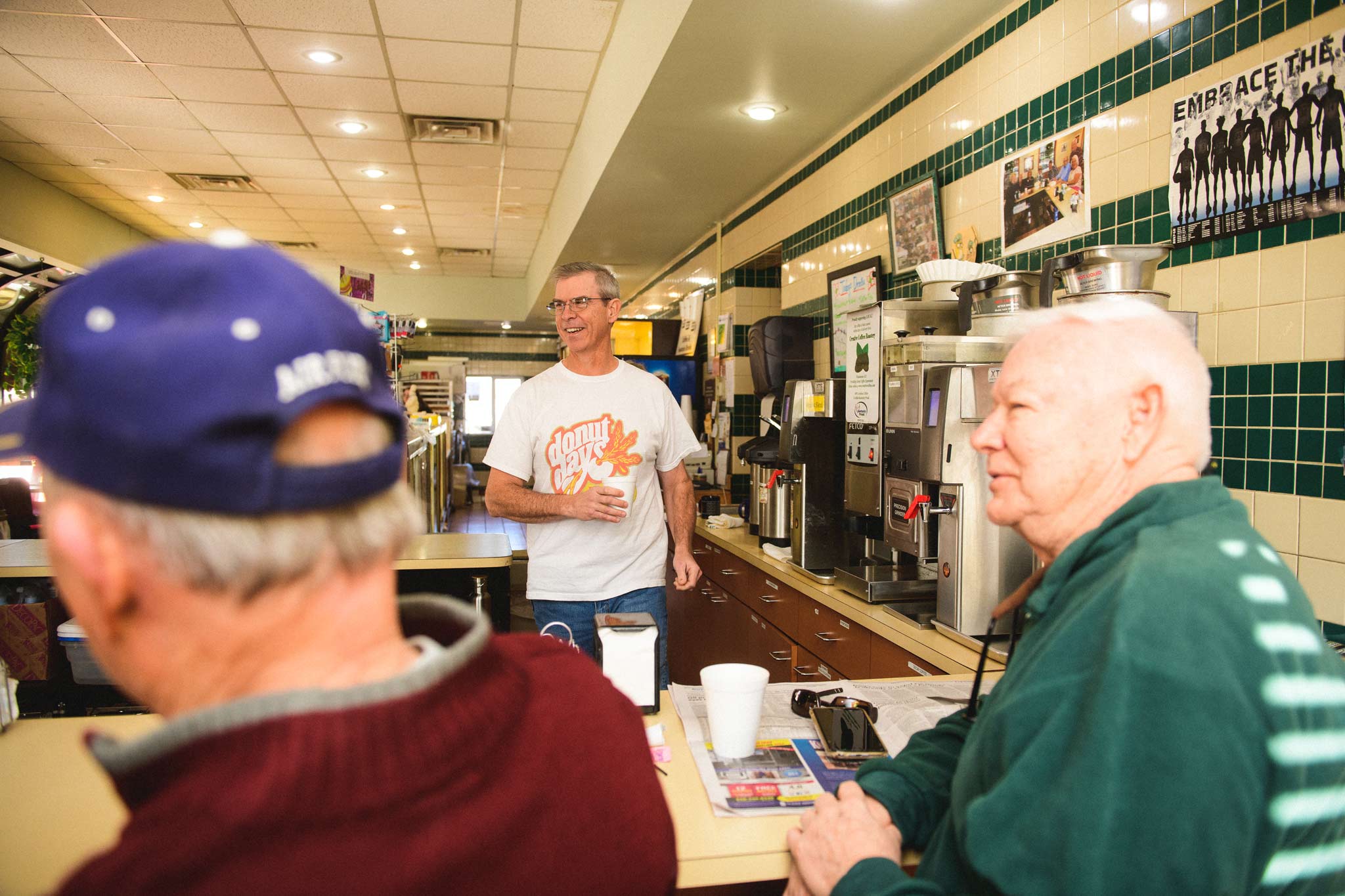 Fred stays active with regular walks, both at work and at home.

As he approaches the end of the program in March, Fred is eager for the journey ahead. “It’s more than just becoming non-pre-diabetic…once you’re done, hopefully you’ve learned a different lifestyle, which I have, and I will continue with it.” 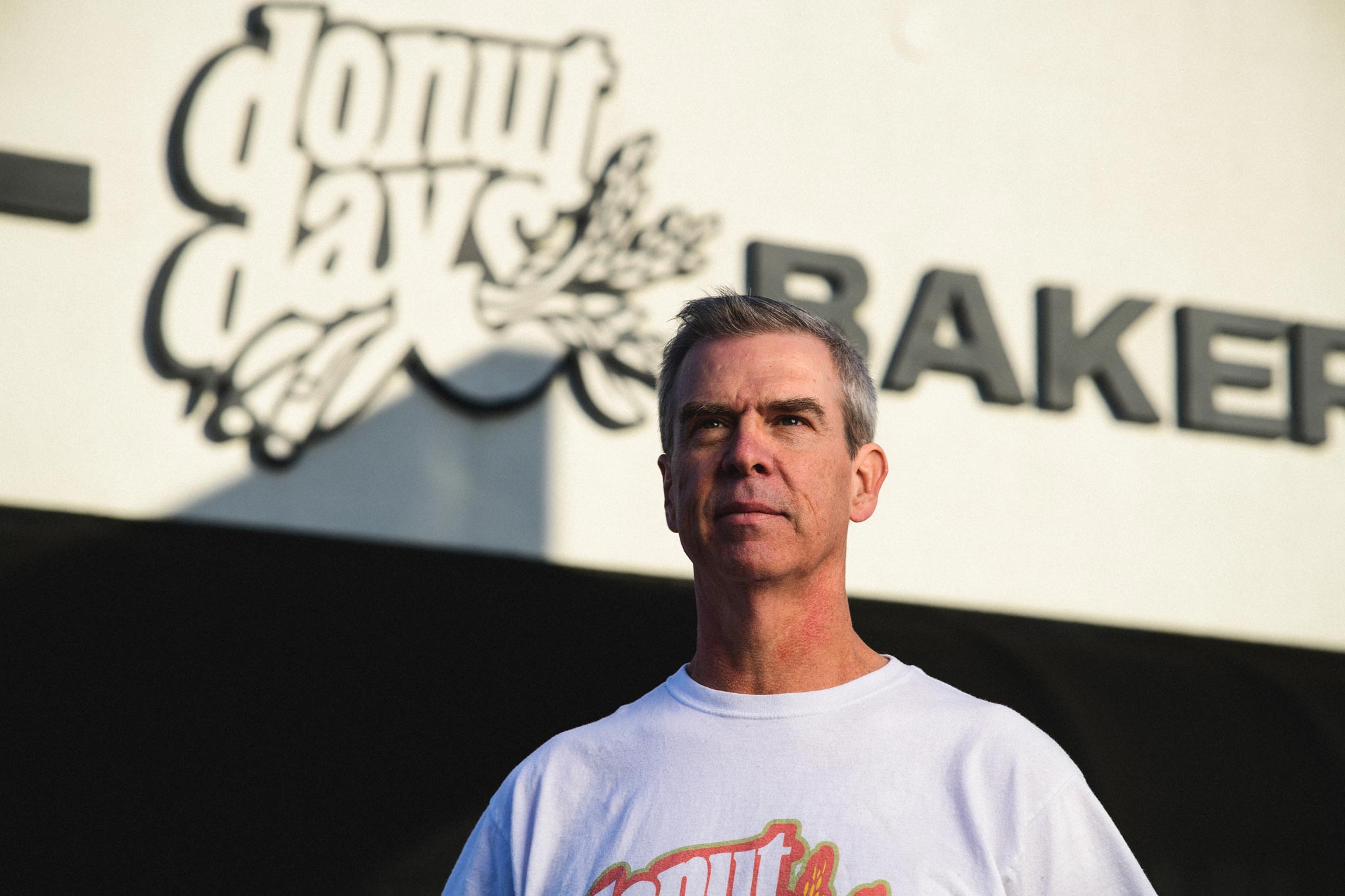 “It's not a diet, it's a lifestyle change. It's better choices.”

See how we help people like Fred prevent diabetes at

Fighting Diabetes as a FamilyDiabetes

“If I can get one person to commit…”Diabetes