“University of Kentucky Athletics is a tie that binds all of us with pride. We can immediately establish rapport with each other, feel comfortable with each other. And then those people, even when they’re very sick … they begin to trust me because they see me as one of them.” 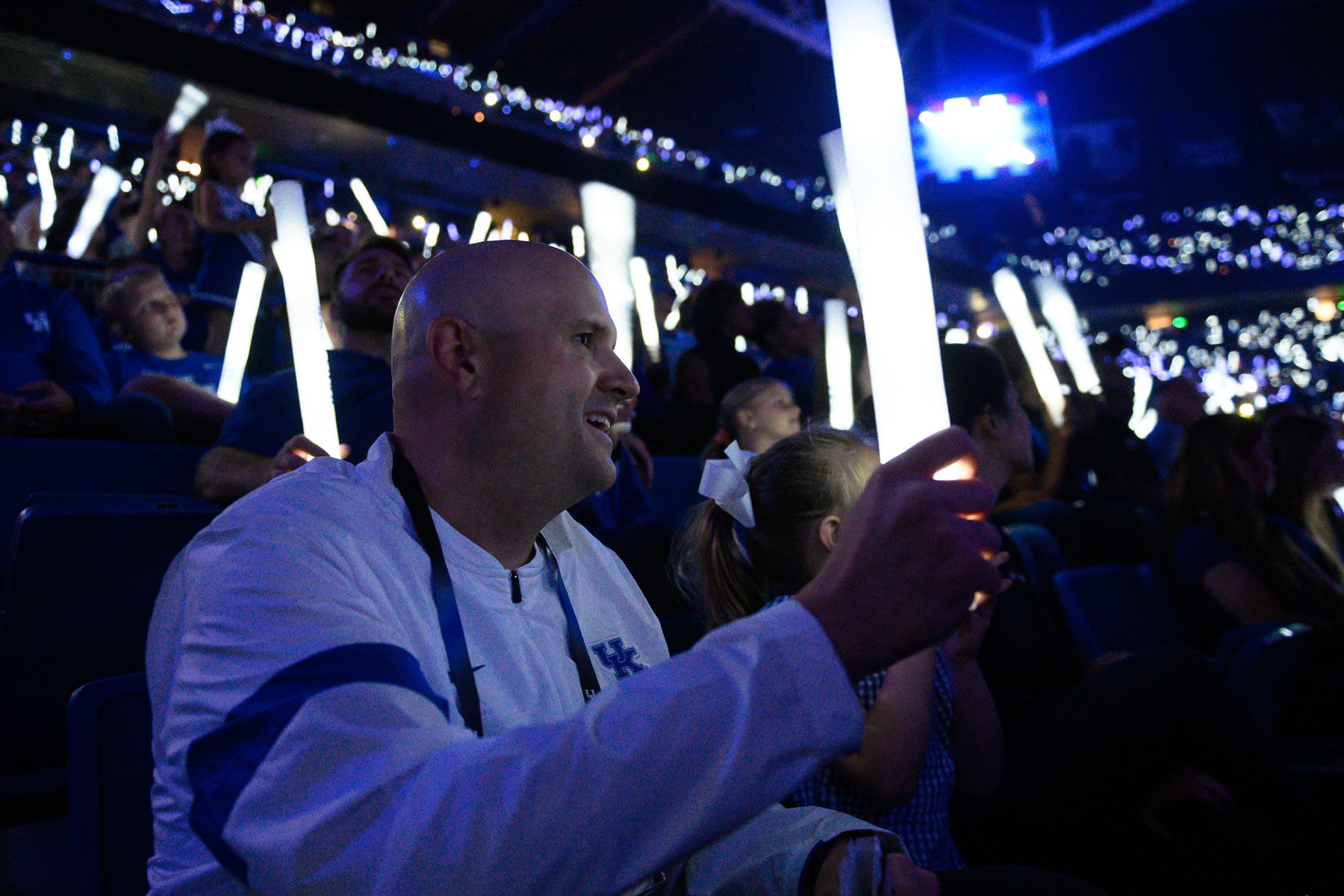 “Dr. Adkins' love of the Wildcats is something that sparks immediate kinship with his patients.”

For as far back as he can remember, Dr. Brian Adkins has known two things: he wanted to be a doctor, and he was a UK fan. His current role, as an emergency medicine physician and the medical director for UK Athletics Emergency Services, brings those two passions together in ways he could never have imagined when he was growing up in Eastern Kentucky. 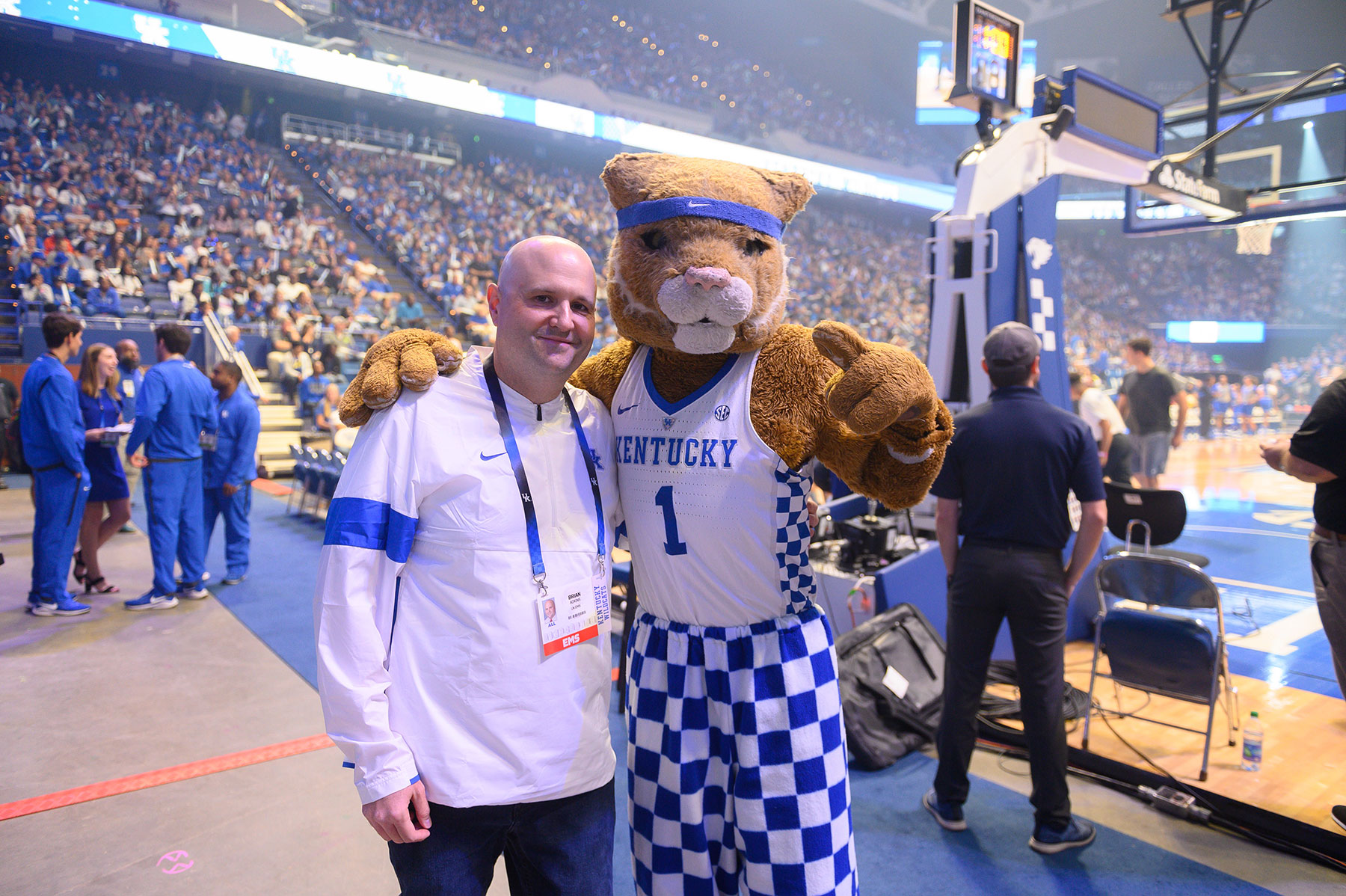 Dr. Adkins is driven by his need to serve his community—a trait he hopes to pass down to his daughters someday.

“Big Blue Nation may not recognize me, and if they don’t recognize me, it’s a good thing. That means that they’ve not been to a sporting event and had a terrible medical outcome or catastrophe occur surrounding them. So probably most people in Kentucky, you’re better off by not recognizing my face on television.” 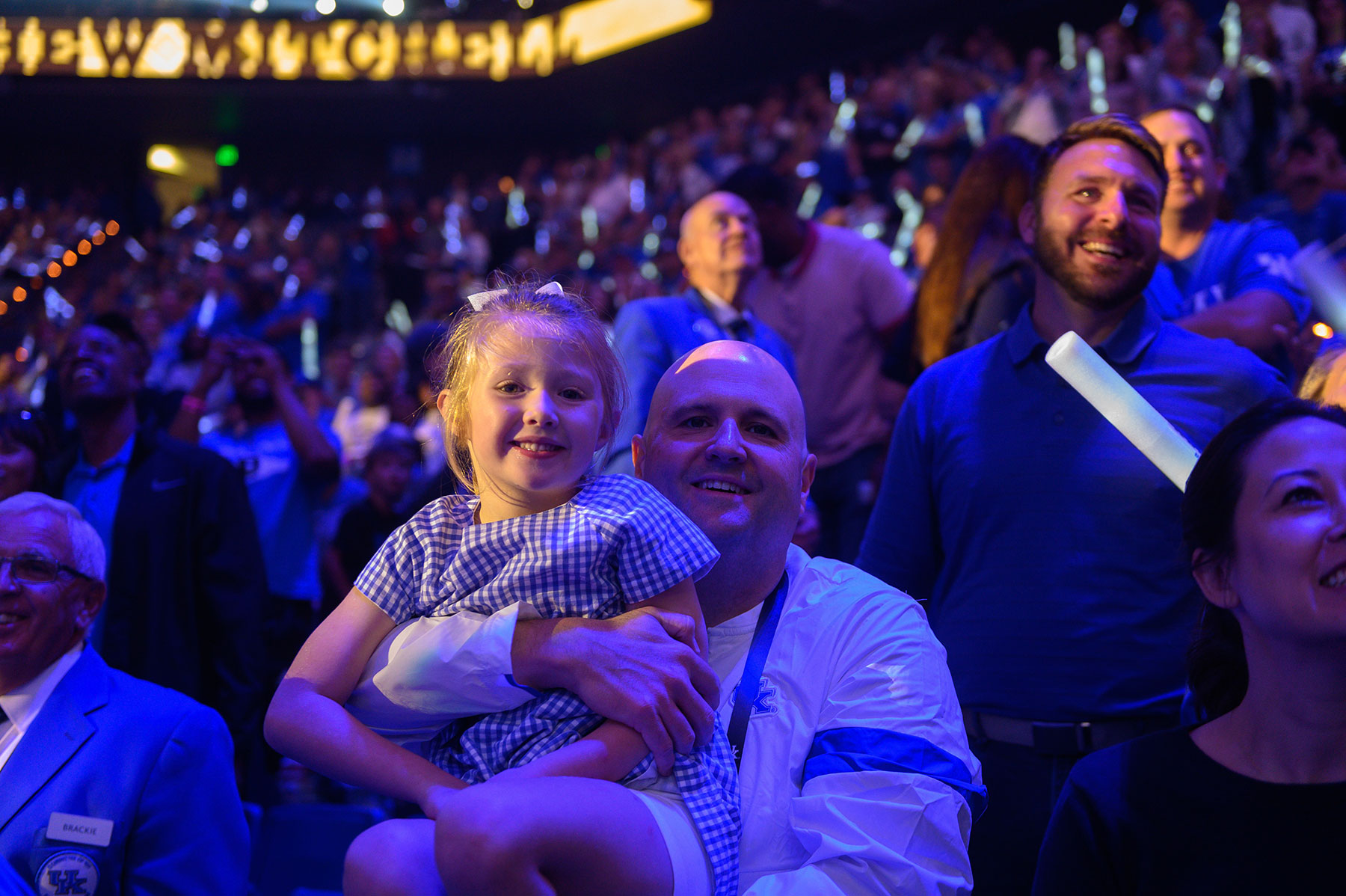 At five years old, Kate is already a true UK fan, and her dad couldn’t be prouder.

At every UK sporting event, Dr. Adkins and his team are there. With a full emergency medical services squad made up of doctors, nurses, emergency medical technicians and paramedics, the team is fully equipped to keep fans safe in any medical emergency, or stabilize them before they can be transported to a hospital for further care. 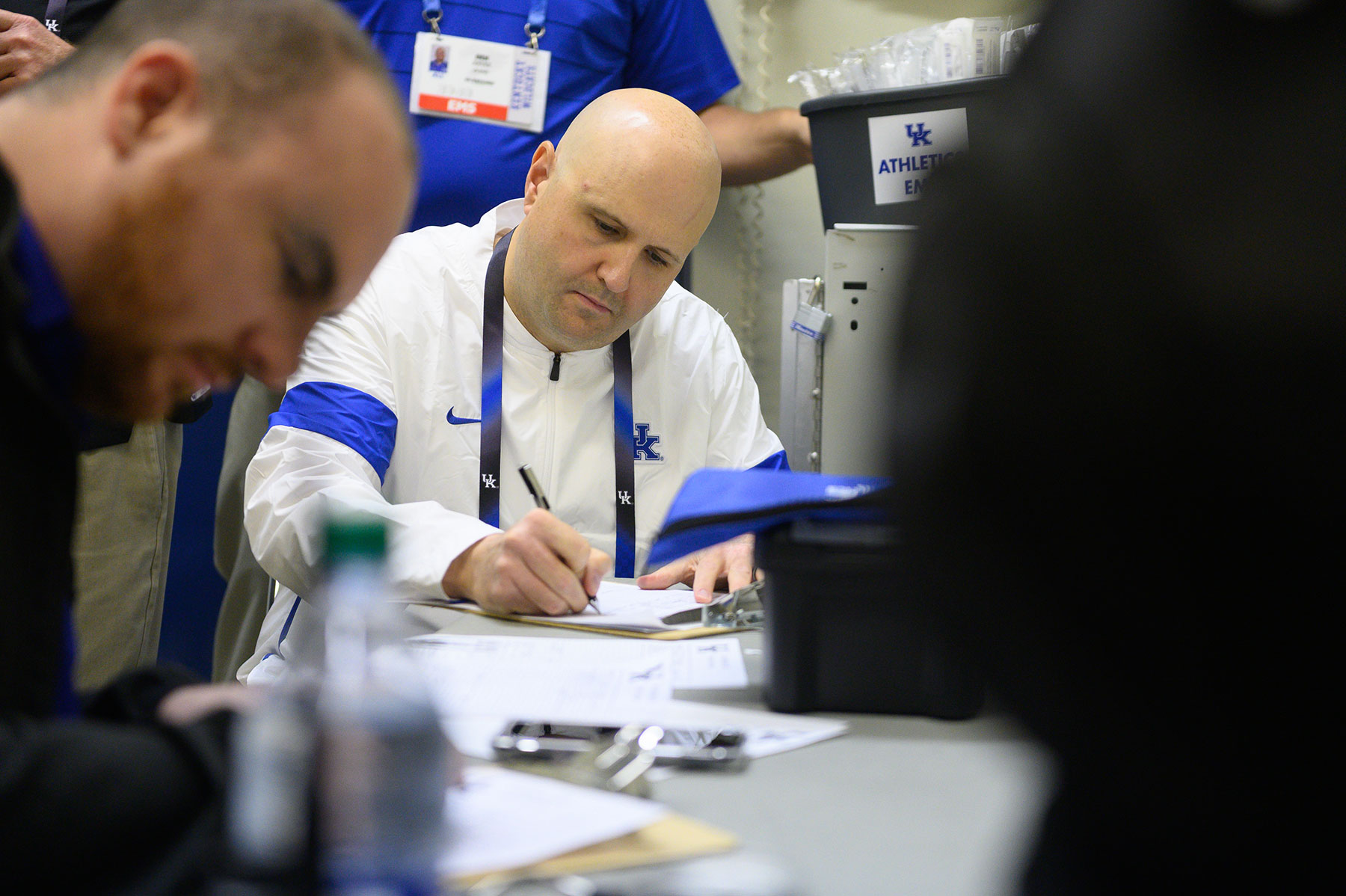 Dr. Adkins and his team work behind the scenes at all UK sporting events, prepared for any medical situation.

To say that Dr. Adkins is a UK fan is an understatement. A lifelong follower of UK sports, he always knew he wanted to attend the university. He and his family attend nearly every UK sporting event, and his daughters are already becoming enthusiastic UK fans in their own rights. Dr. Adkins has found that his UK fandom is an asset even outside of game days as he works in his other capacity: at UK HealthCare’s emergency department. 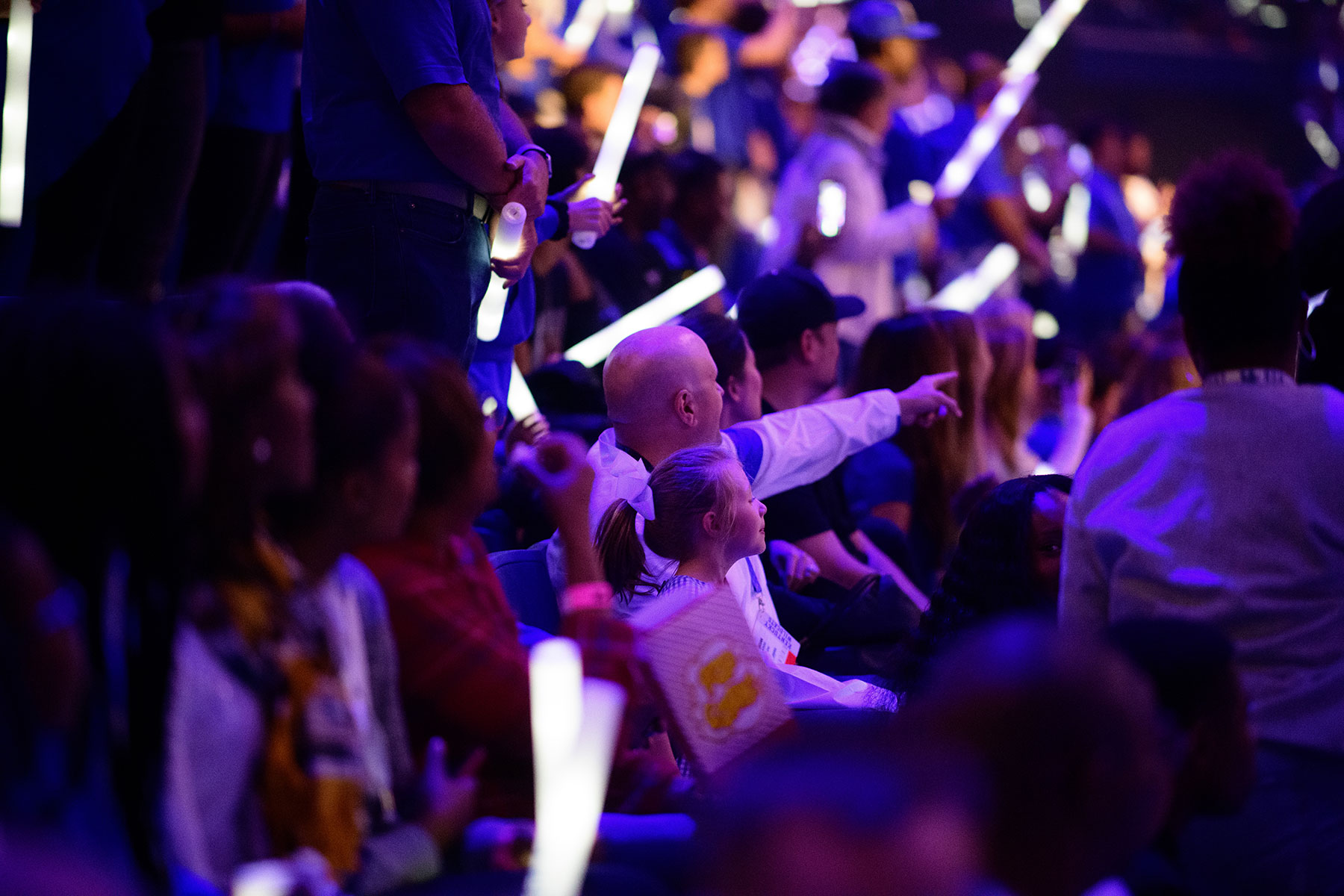 Dr. Adkins’ older daughter, Kate, goes with him to dozens of UK events every year. “She and I are the best of friends.”

“Being a UK fan helps me in my job more than I can possibly say. In Kentucky we have something we can all talk about any time, which is Kentucky sports. I don’t have to spend a great deal of time talking to patients about the weather to make them feel comfortable. I can immediately begin to talk to them about the most recent sporting event, and I find that it is a universally welcome conversation.” 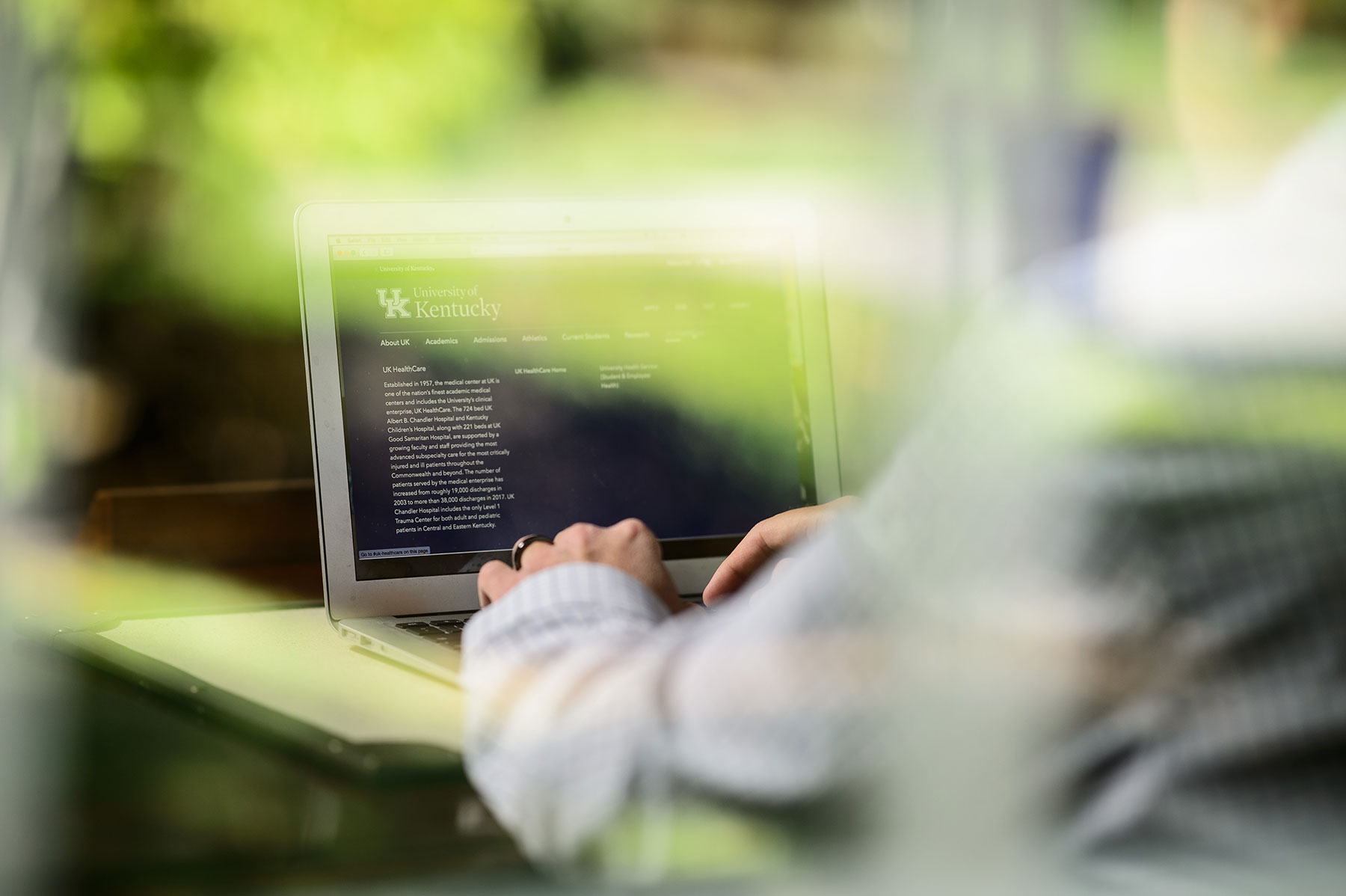 Bonding with patients and families comes naturally to Dr. Adkins. An extrovert, he’s in his element within the fast-paced emergency department, where he has the opportunity to meet and help dozens of people every shift. “For me, the emergency department is not a place of chaos. It’s a place of comfort. Where other people feel anxious or nervous, I feel right at home.” 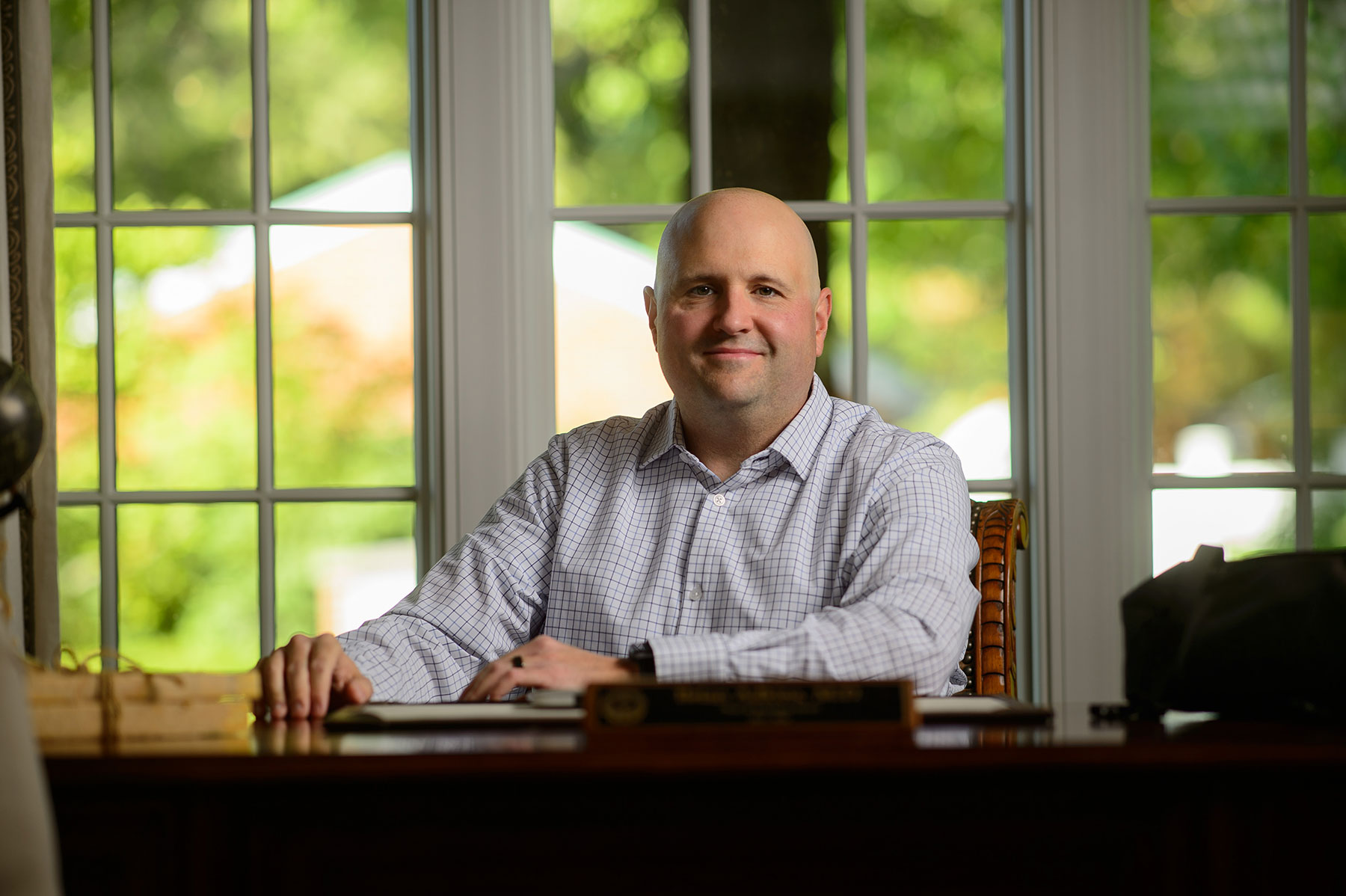 Dr. Adkins’ identity as a UK superfan has blended seamlessly with his other roles as a physician, a husband, and a father. His passion for UK helps him connect with Big Blue Nation no matter where he encounters them—from the emergency department to Kroger Field and Rupp Arena to his own home, where he’s raising the next generation of Wildcats. 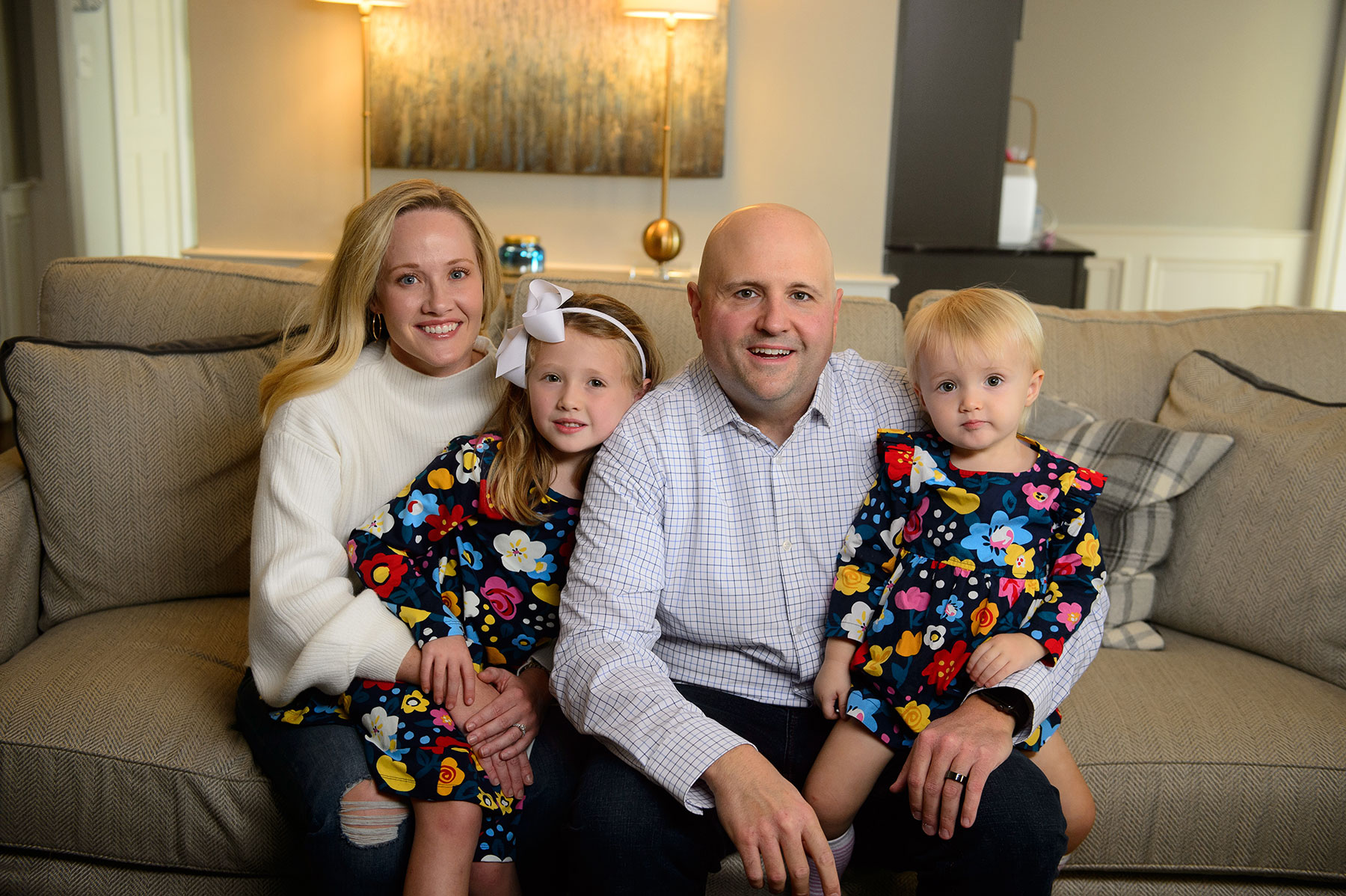 UK sports bring the Adkins family together, whether they’re at a game or at home.

Learn more about how we care for Big Blue Nation at

“You better come here and get an opinion.”Big Blue Nation, Orthopaedics