“Jim Madaleno, the head trainer at Kentucky, always said, ‘The injury rate in the SEC is 100%.’ And the same thing is true in the NFL. It’s not if you’re going to be injured, it’s when. And when something comes along that you can’t play through, I was thankful to have the UK HealthCare Orthopaedic Surgery & Sports Medicine team on my side.” 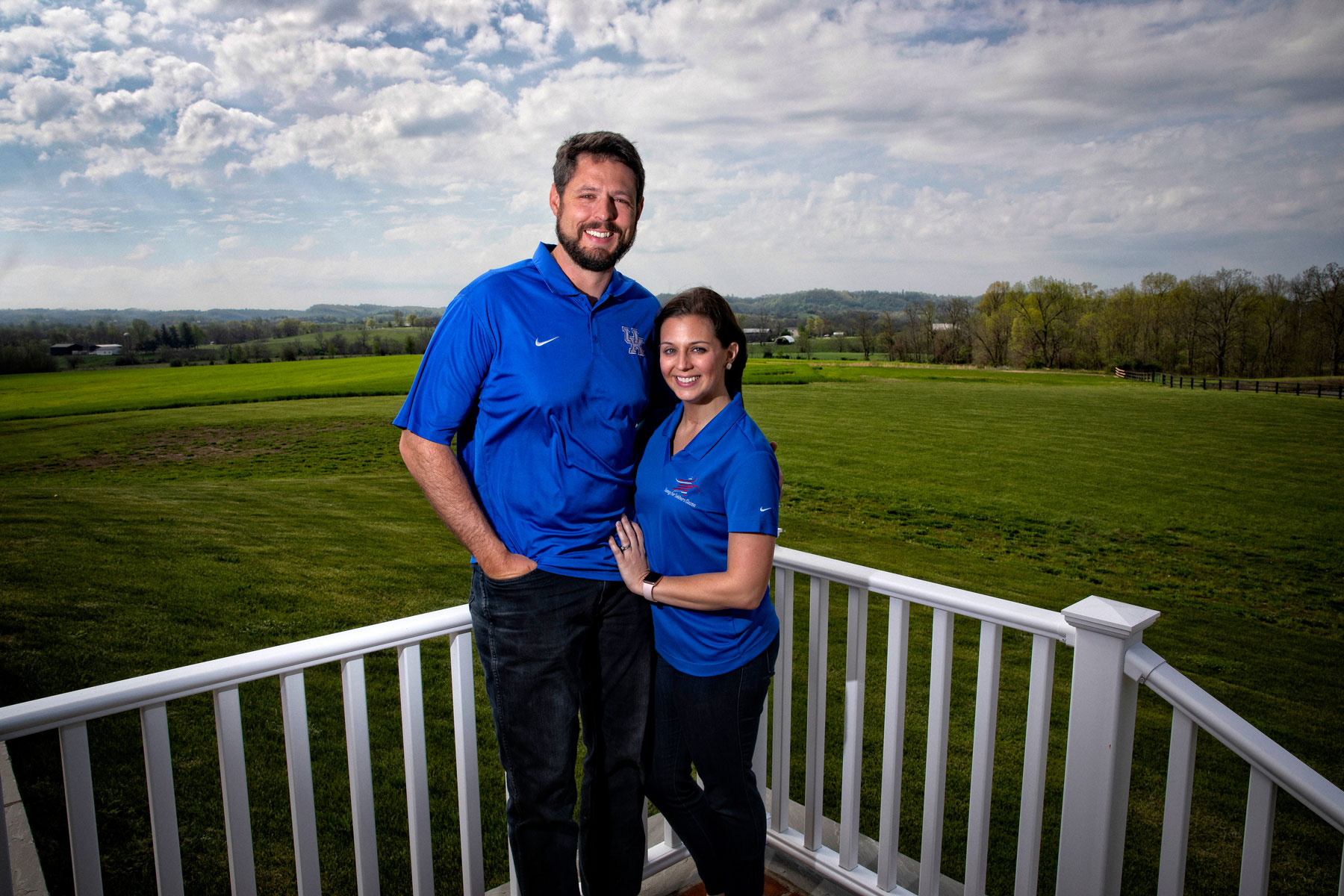 Now retired from the NFL, Jacob lives on his family’s farm in Danville, Kentucky, along with his wife, Allison.

Jacob Tamme doesn’t back down from a challenge. The former Wildcat showed his tenacity during his years as a football star at UK, eventually going on to play nine seasons in the NFL—but first, he had another hurdle to overcome. During the off-season following his sophomore year, Jacob had to undergo back-to-back surgeries to repair labrum tears in both shoulders. 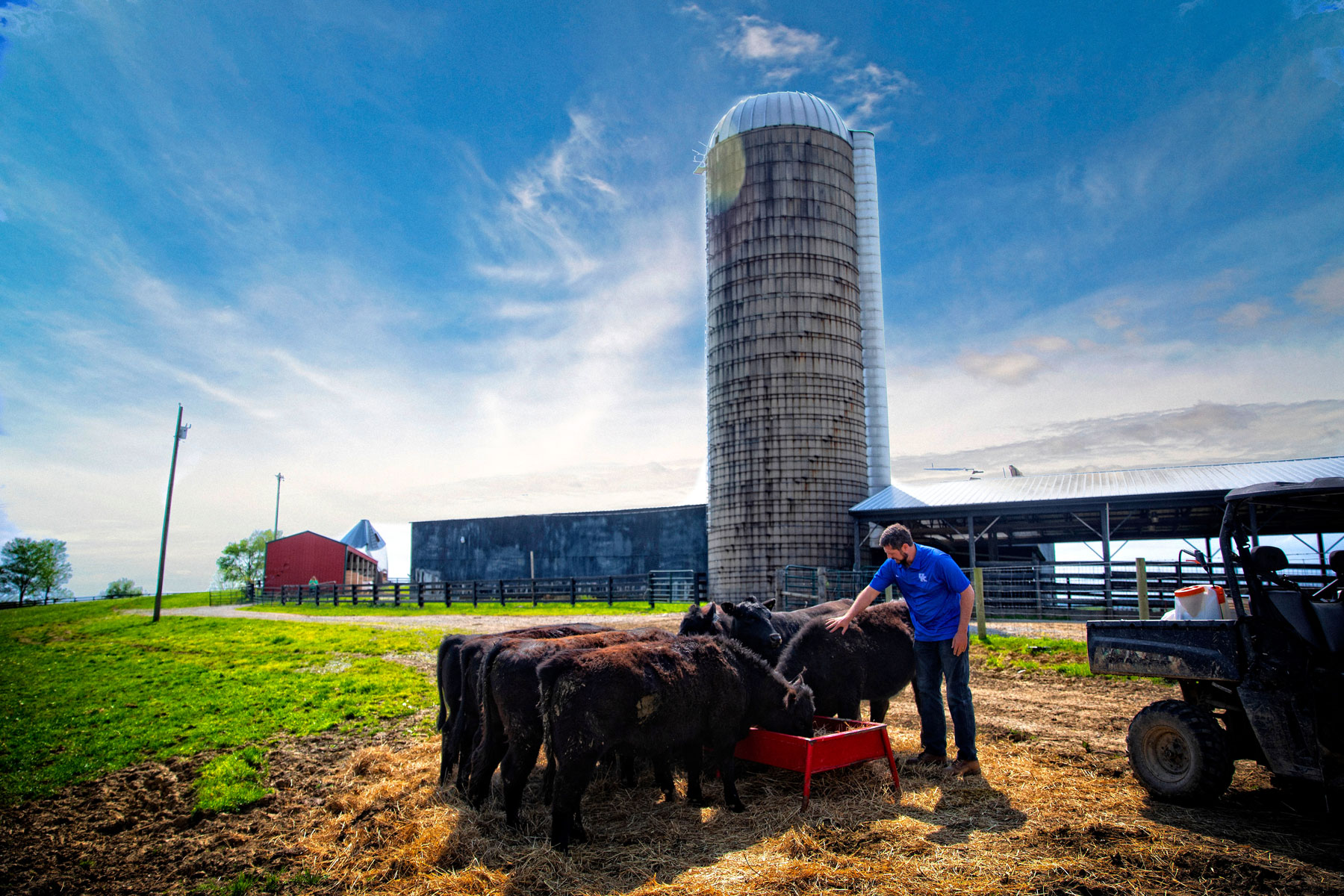 “When I was a little kid, I dreamed of owning part of our family farm one day.”

“The labrum is a weird thing. It can be fine for a bit, and then out of nowhere you’ll have intense pain. So they did surgery on one shoulder, and then as soon as I was able to do basic things with that arm, they did surgery on the other shoulder. It was a unique thing, doing those surgeries back to back, and it was a challenge.” 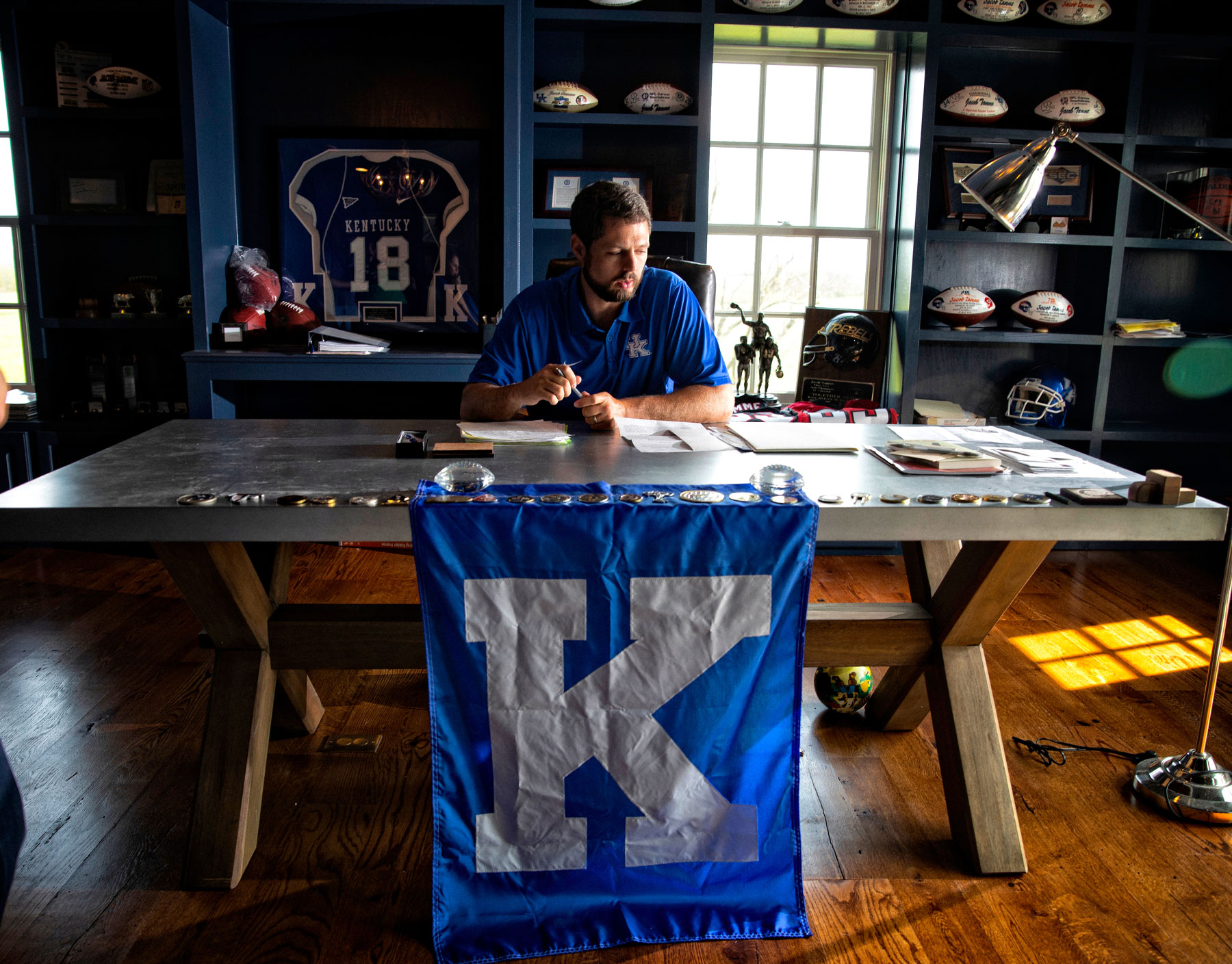 “UK football has always meant so much to me, from being a kid to now being at the games with my kids. It’s come full circle.”

Led by Dr. Darren Johnson, the team at UK Orthopaedic Surgery & Sports Medicine repaired Jacob’s labrums. The goal was always to return him to the field, and Jacob never doubted it. “There was never any thought that I wouldn’t play again,” he said. “I felt confident that they would do a great job repairing me, and they did a phenomenal job.” 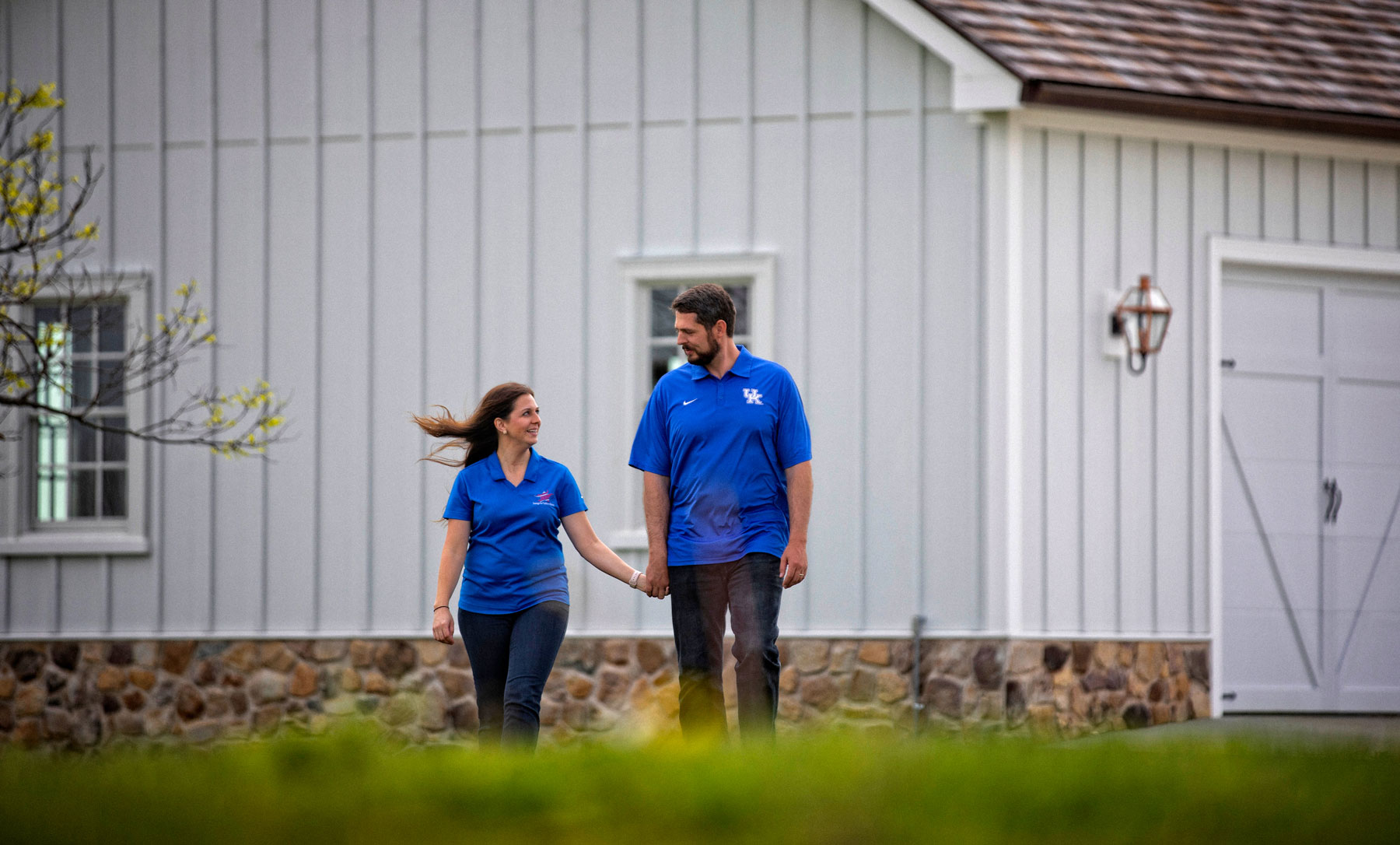 “I feel a good deal of responsibility, jumping into the farm business, since my family’s been doing it since 1910.”

Those repaired labrums stood the test of time, holding strong through two more seasons in the SEC and nine seasons in the NFL, with Jacob playing for the Indianapolis Colts, the Denver Broncos and the Atlanta Falcons. 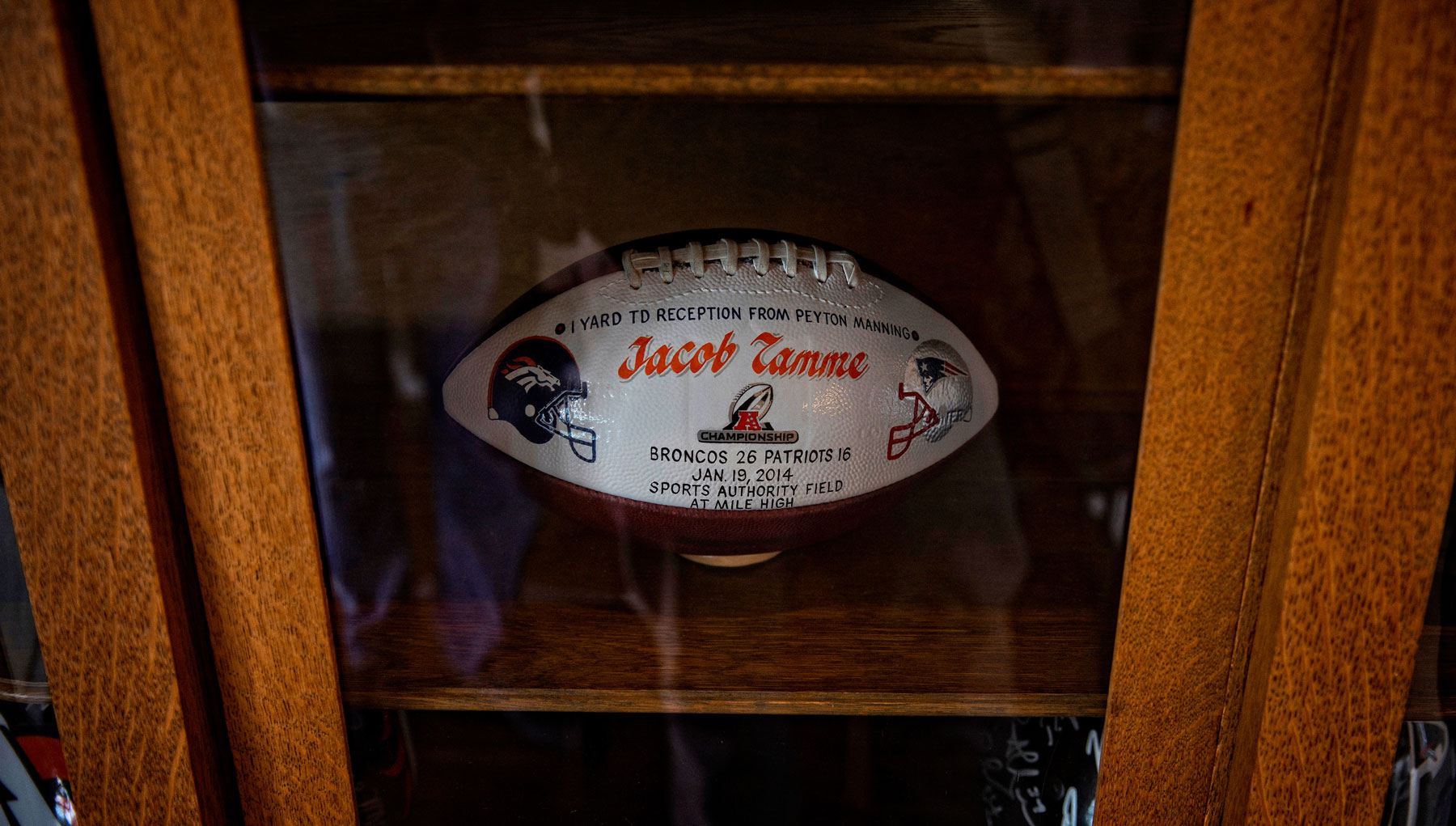 After his years at UK, Jacob had a nine-year career in the NFL—largely injury-free.

“Dr. Johnson and I were talking recently and he said, ‘Can you believe your shoulders held up so long?’ I never had another labrum issue, and it’s not really common to never have another issue with those. I have to give a lot of credit to Dr. Johnson and the orthopedic team at UK HealthCare.” 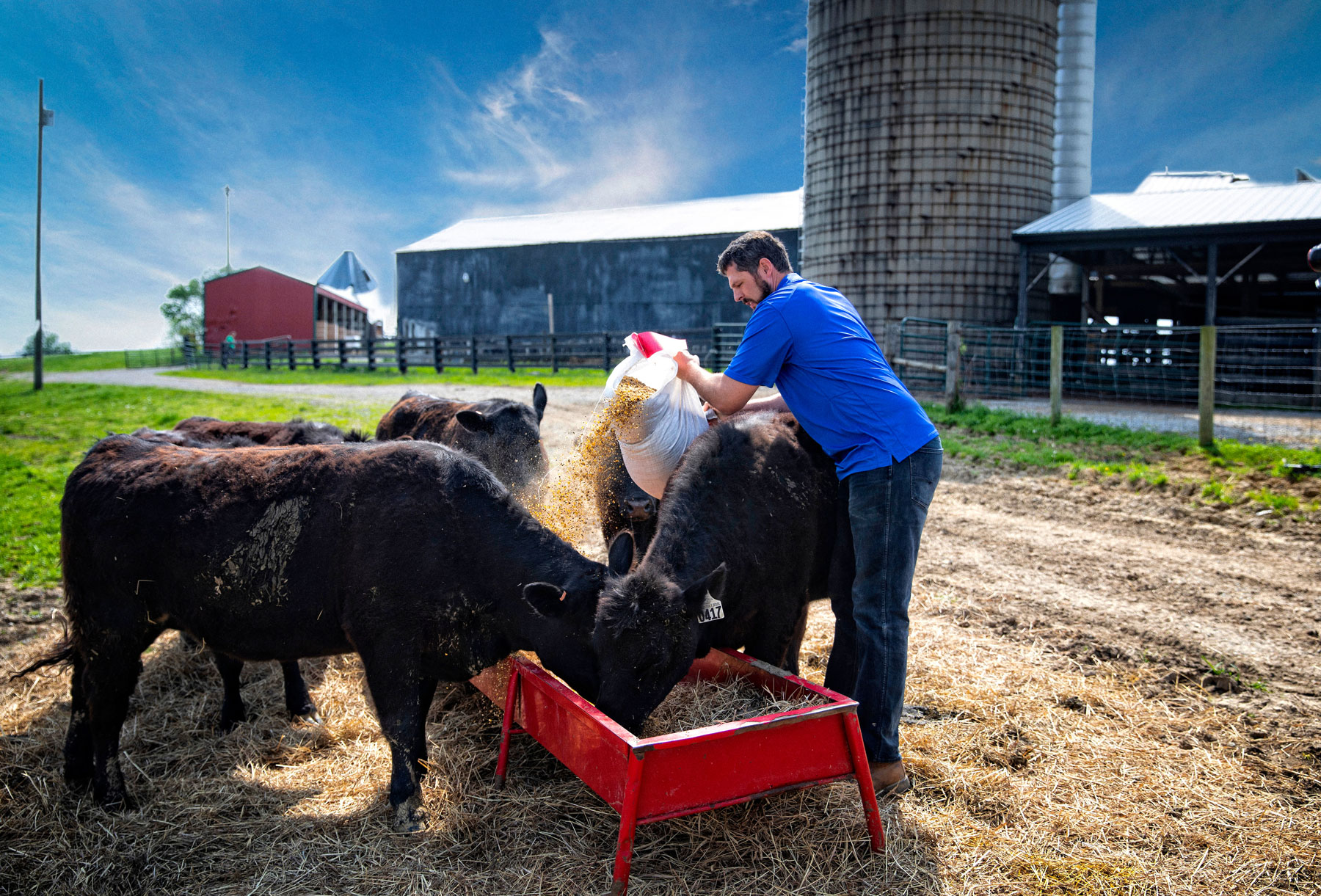 Jacob’s repaired shoulders have held up to the demands of football and farm life.

Jacob retired from the NFL in 2017, but he didn’t slow down. These days, he’s working two jobs, one of which is managing his family’s cattle farm in Danville. Like any farming job, it involves long days and hard work, year-round.

“It’s a non-stop job. If it was long hours with football, at least you knew what they were going to be. With the farm, it just never stops. You don’t get to control the animals—in a lot of ways, they control you. It’s been a great challenge and a lot of fun.” 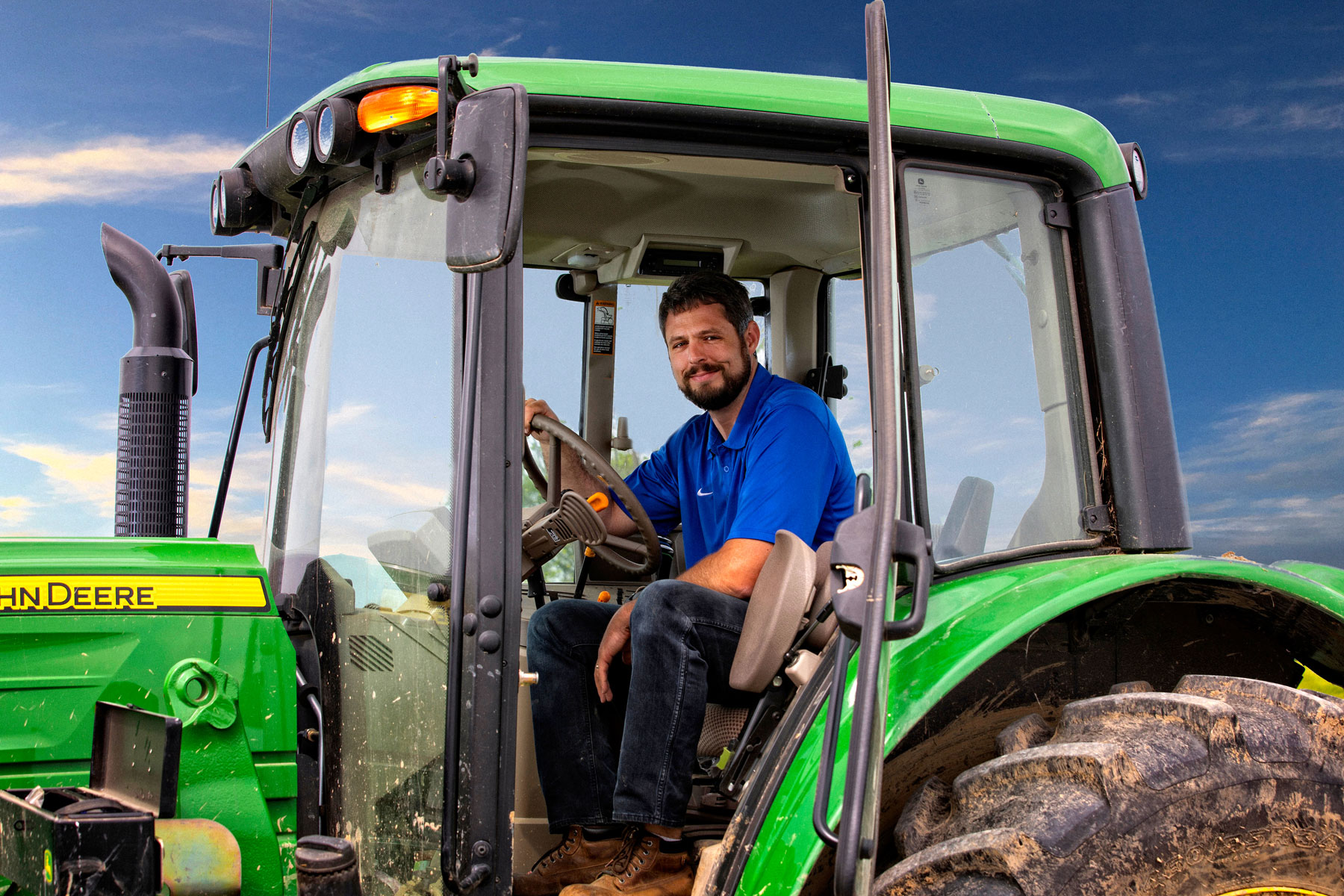 “It was a great blessing to have that team in place at UK. I’ve been blessed.”

Even in the face of football and farming, Jacob’s shoulders have remained up to the challenge. “My shoulders have held up great,” Jacob said. “I had a tremendous career. I’m still lifting feed buckets. Overall, I feel really good. The orthopedic team at UK HealthCare did a phenomenal job.”

See how we care for athletes like Jacob at
UK Orthopaedic Surgery & Sports Medicine.