“I have a lot of people call me when they’re first diagnosed, wanting to know more about this disease,” Gayle Zoeller said. “I listen to them and talk to them and it makes them feel better, I think. ‘If she can do it, then I can do it, too.’” 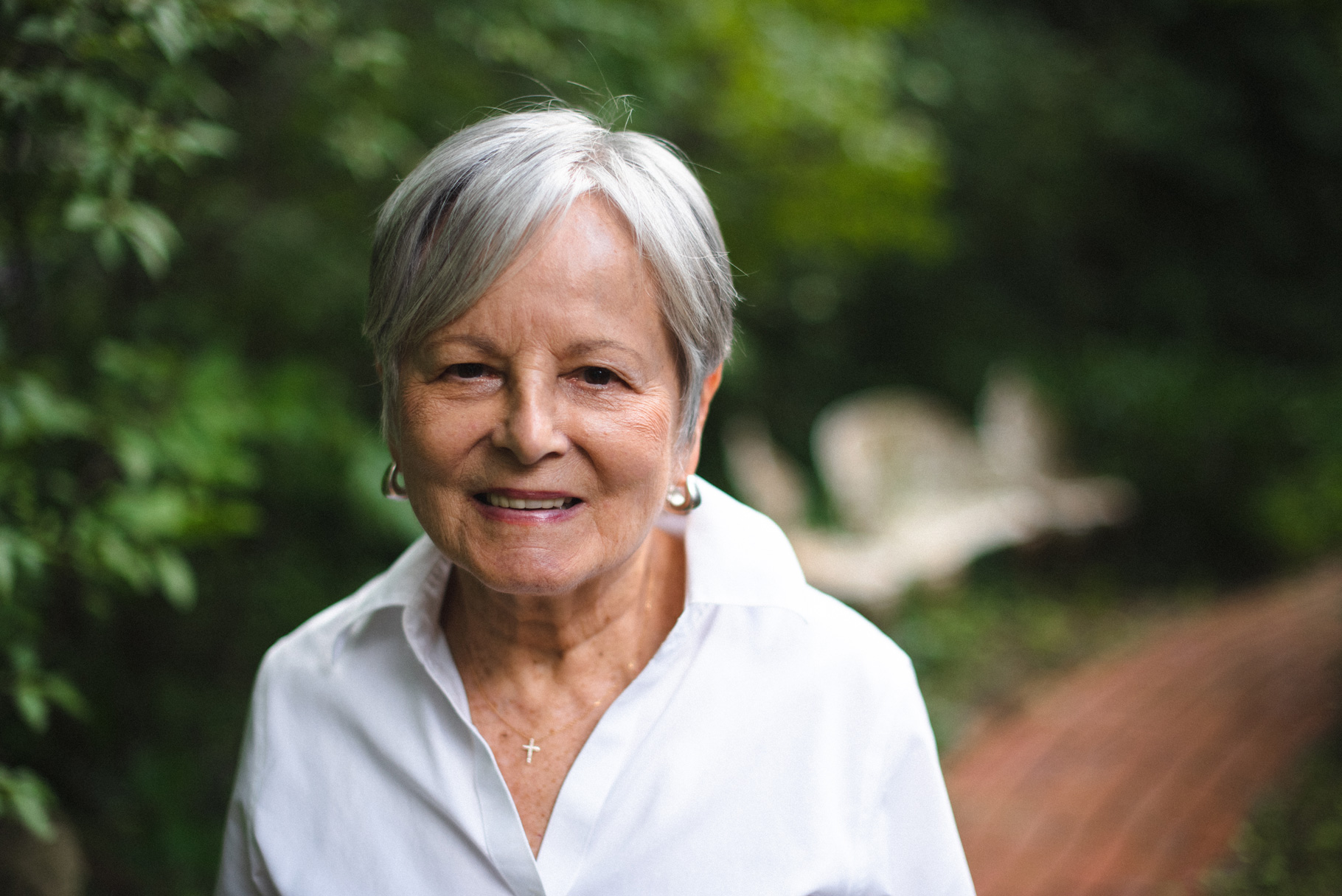 “She just met it head-on,” said Gayle’s husband, Chet, about her diagnosis.

Gayle Zoeller was in her 40s when she started showing symptoms. After several incorrect diagnoses—there’s no definitive test for Parkinson’s, making the diagnosis a process of elimination—she started treatment with a neurologist and a movement disorder specialist in Louisville, where she and Chet live. She was only 50 when she was diagnosed. 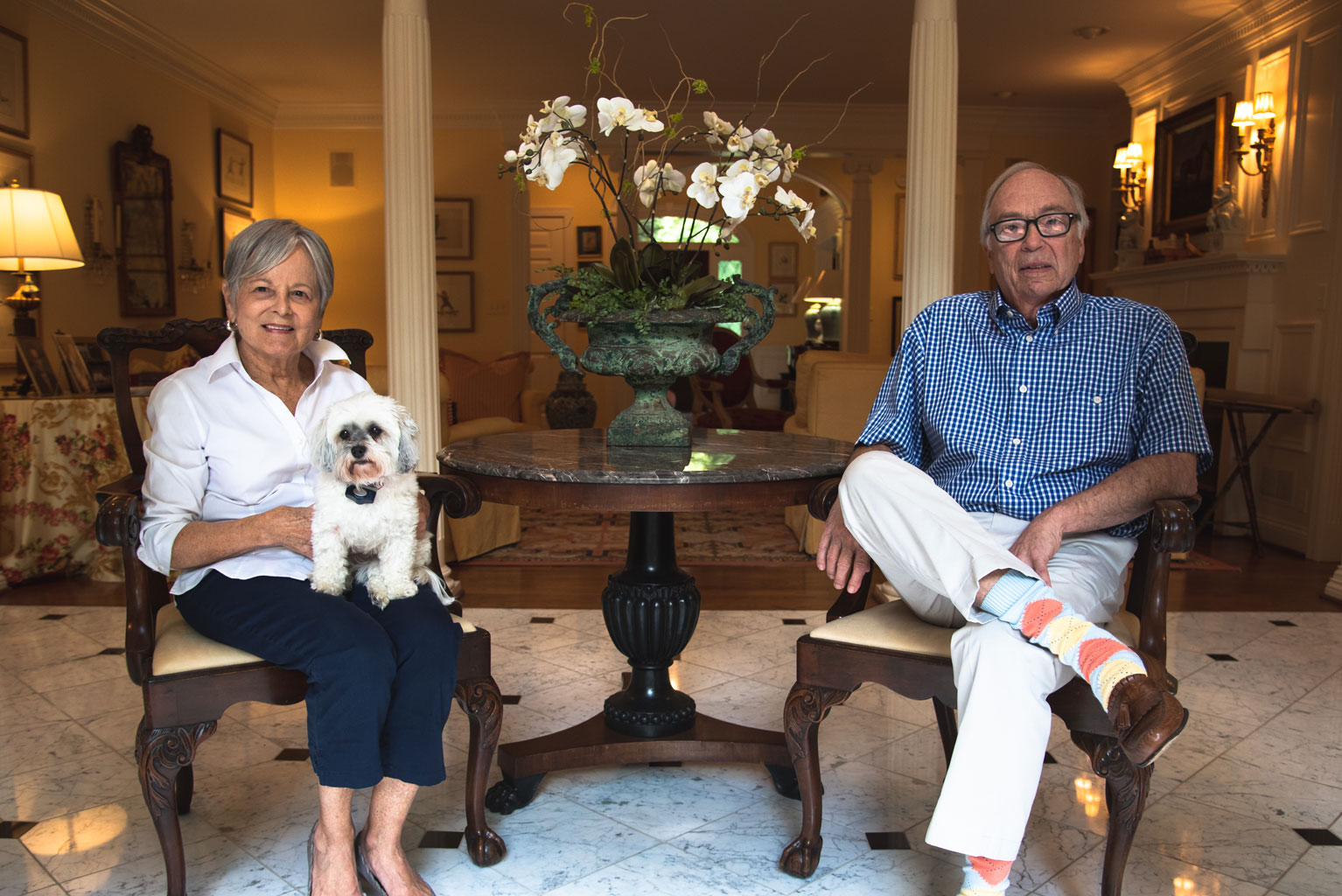 Gayle and Chet live in Louisville and travel to Lexington for Gayle’s appointments with Dr. Craig van Horne.

“We’ve seen a lot of people handle the diagnosis and the disease differently,” said Gayle’s husband Chet. “Some people just kind of shut down, go in their house and don’t come out again, but Gayle just met it head-on. She didn’t want to just sit back and say ‘poor old me.’ She went after it.” 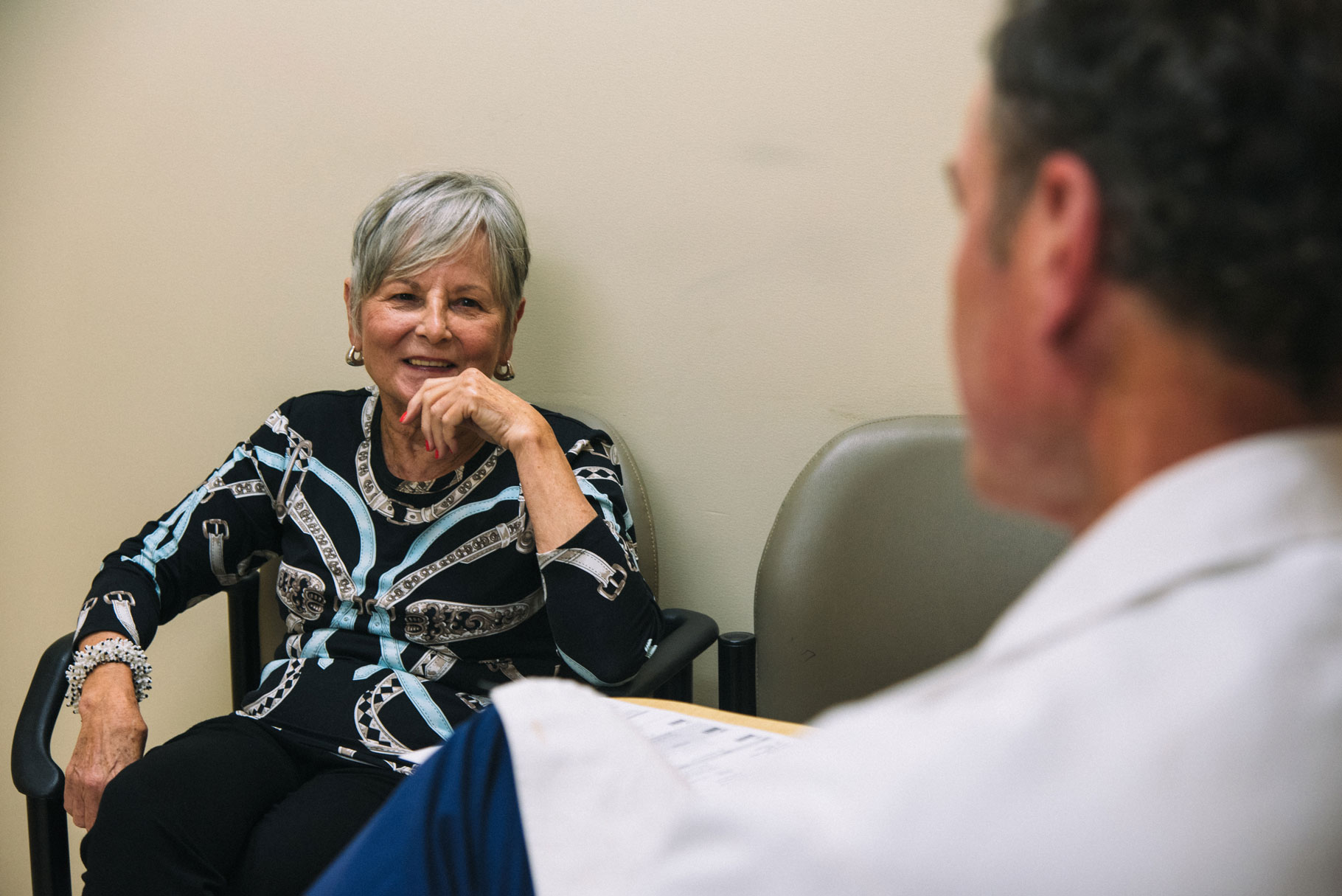 Gayle sees Dr. van Horne every six months. “He was really kind, and he was there when I needed him,” Gayle said.

Gayle pursued treatment at Cleveland Clinic and the Muhammad Ali Parkinson Center in Phoenix, as well as by a movement disorder specialist in Louisville. But her disease continued to progress. “It ultimately got to the point where she needed to do something more than the meds,” said Chet. 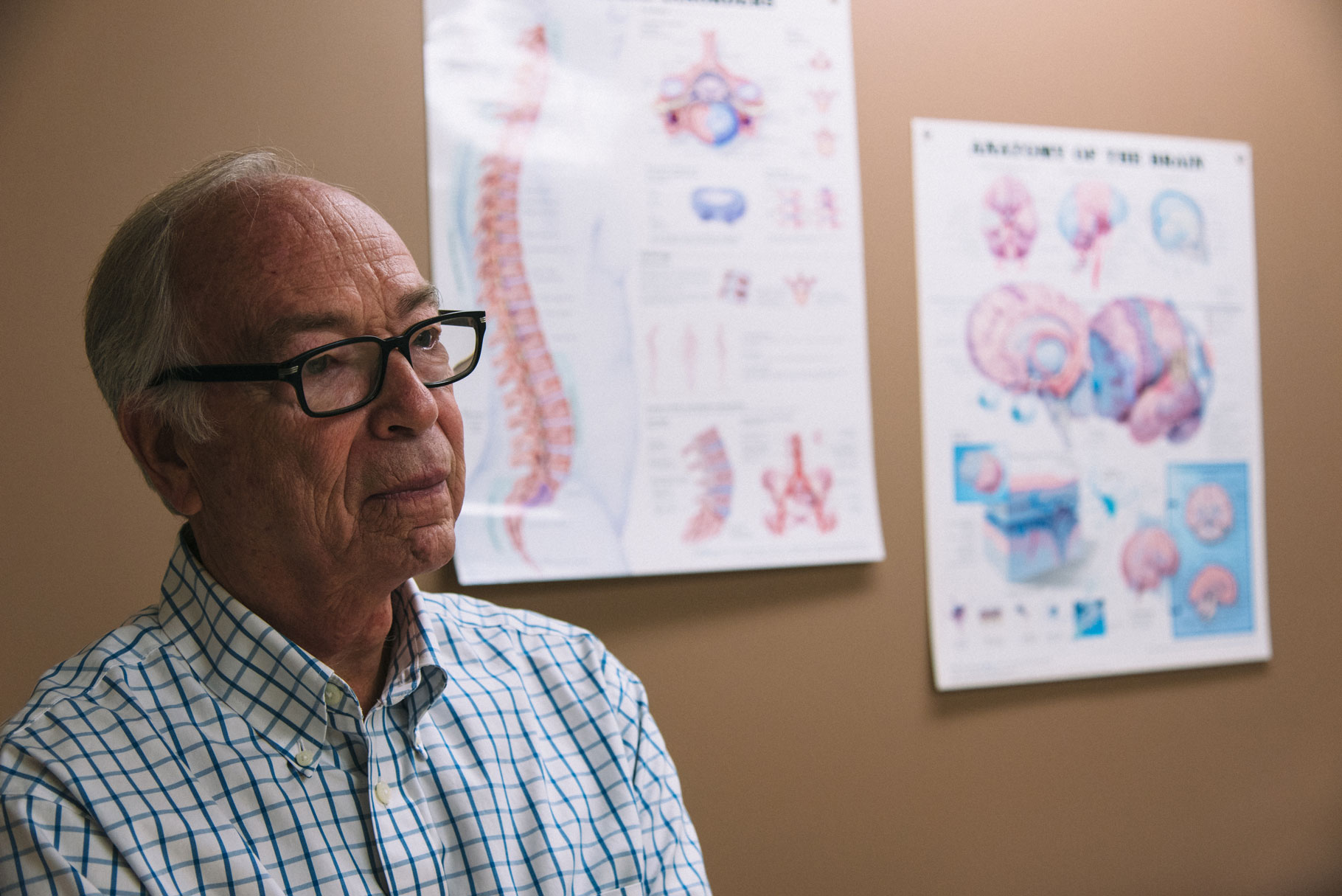 Chet accompanies Gayle to every appointment, and is an active participant in her treatment and care.

Through the Parkinson’s community, Gayle met Dr. Craig van Horne, a neurological surgeon and Parkinson’s expert working at UK HealthCare’s Kentucky Neuroscience Institute. Dr. van Horne had recently developed a new procedure to help alleviate the symptoms of Parkinson’s, called DBS+, and thought Gayle might be a good candidate. She became the 14th patient to ever receive the procedure, which is only available at UK HealthCare. 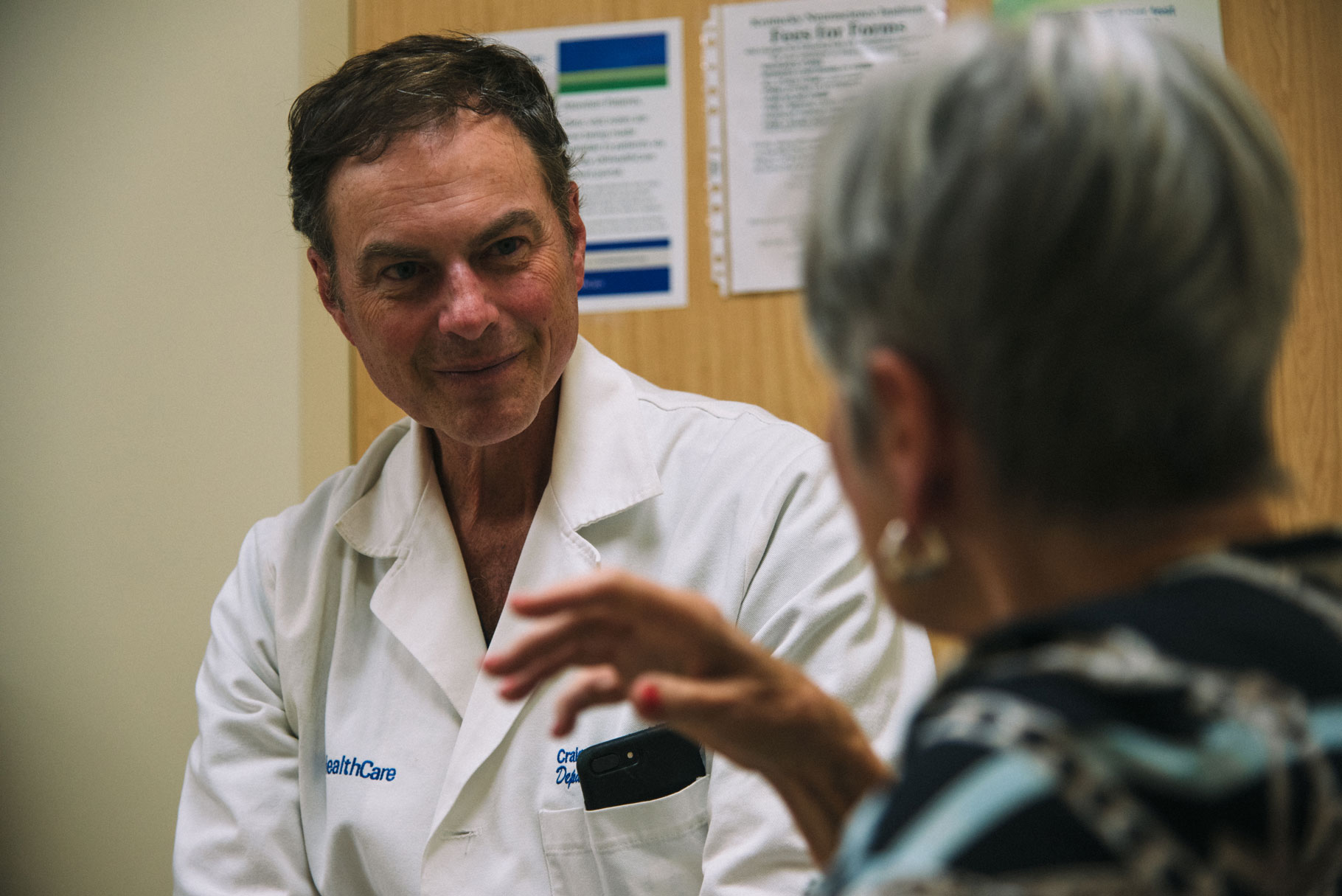 Gayle and Dr. van Horne discuss the best way to manage her condition during the Zoellers’ upcoming trip to Portugal.

The difference was immediate. “It was like I didn’t have Parkinson’s,” she said. “It was wonderful to not have the shaking anymore.” Four years later, Gayle’s tremors remain well-controlled by the procedure.

“All indications are that it’s working for her,” said Chet. “She’s had Parkinson’s for 25 years, and just looking at her, you wouldn’t realize that she has Parkinson’s at all. She’s like the Energizer Bunny.” 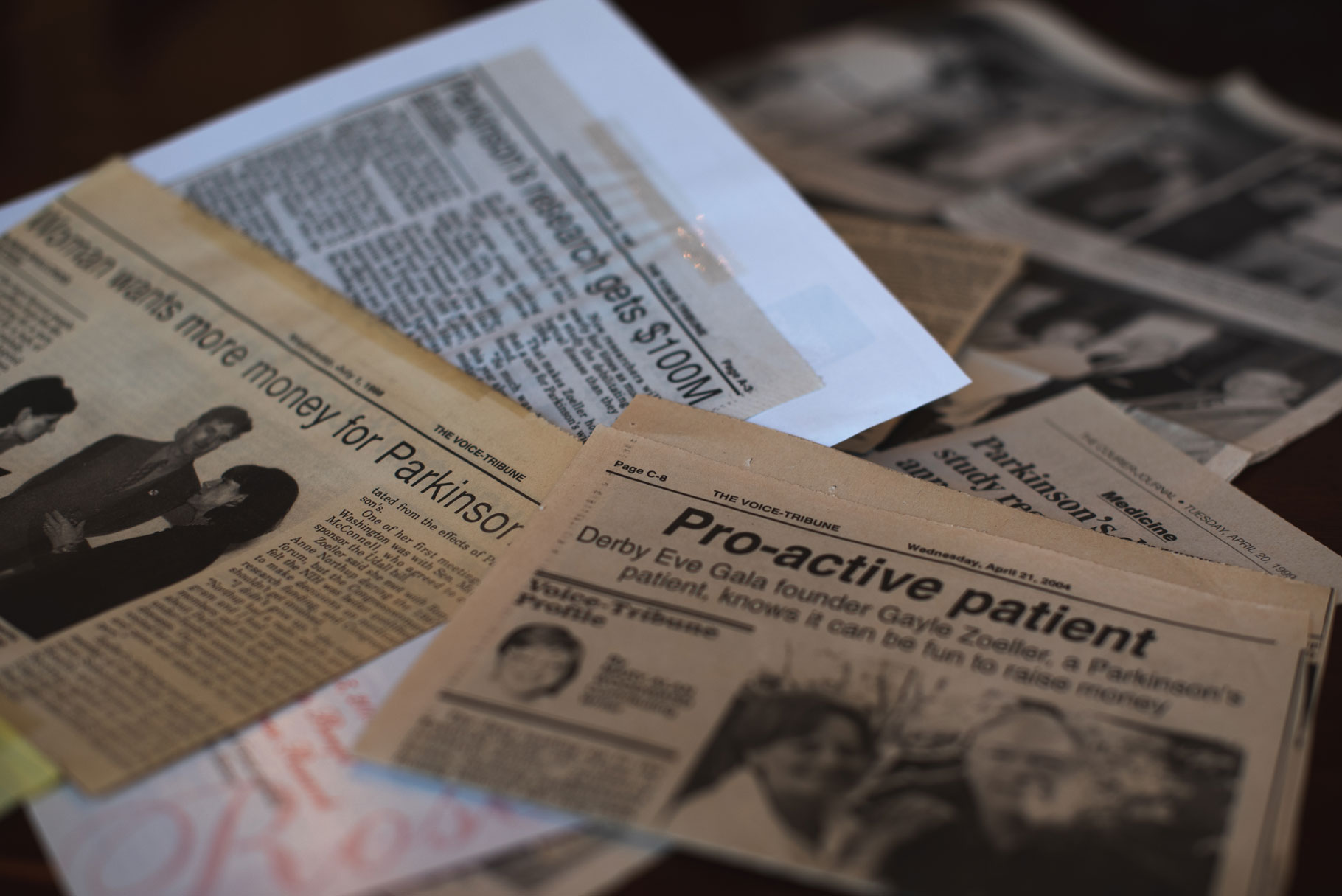 Gayle’s decades of philanthropy and activism have made an impact both locally and nationally.

Almost as soon as she was diagnosed, Gayle became a Parkinson’s activist. One of her first major achievements was traveling to Washington, D.C. to advocate for the Morris K. Udall Parkinson’s Research Act of 1997. As a direct result of the bill, hundreds of thousands of dollars were distributed to Parkinson’s research centers around the country.

“I’ve been in this so long, I can see what progress we’ve made,” Gayle said. “They’re getting new medicines on the market.”

“You could see what a big amount of money could do, because you were seeing new drugs and things like that develop because of this bill,” Gayle said. It was her first foray into activism, but not her last. She started the Parkinson Support Center of Kentuckiana, a non-profit organization serving people with Parkinson’s Disease across Kentucky and southern Indiana. 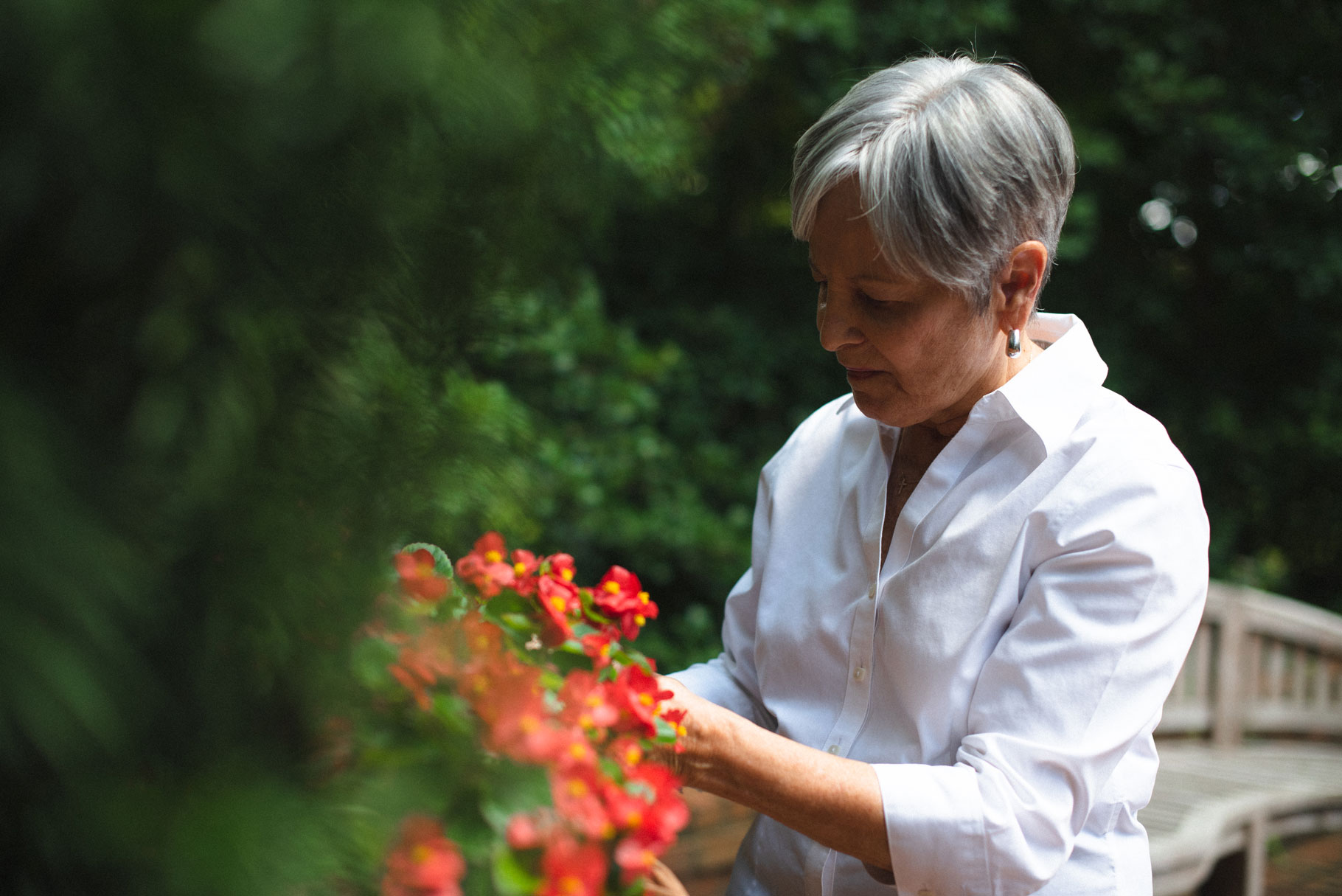 After founding the Parkinson Support Center of Kentuckiana, Gayle and Chet hosted the group’s first fundraising gala at their home.

In recent years, Gayle has stepped back slightly from her active role in Parkinson’s philanthropy, but she’s still enjoying an active, fulfilling life. She and Chet are frequent travelers, exploring the world with their children and grandchildren. They’re preparing to head to Portugal for their next adventure. 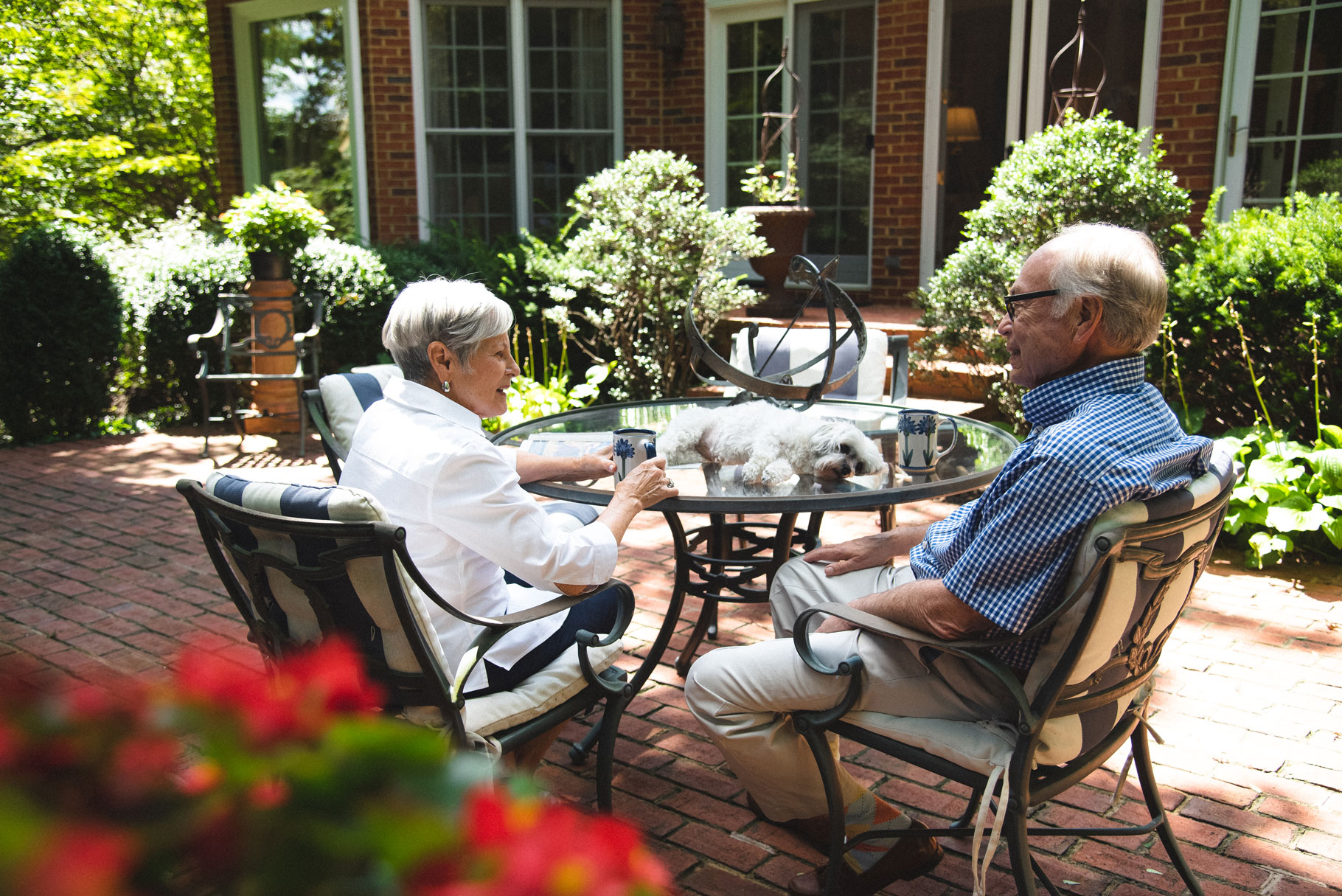 “It’s not the end of the world,” said Chet. “There’s lots of treatments available. Keep a positive outlook and meet it head-on.”

“You have to be very proactive,” Chet said. “There are good days and bad days, you just have to be positive and do the best you can. We enjoy life, our family and our friends. That’s about all you can ask for.” 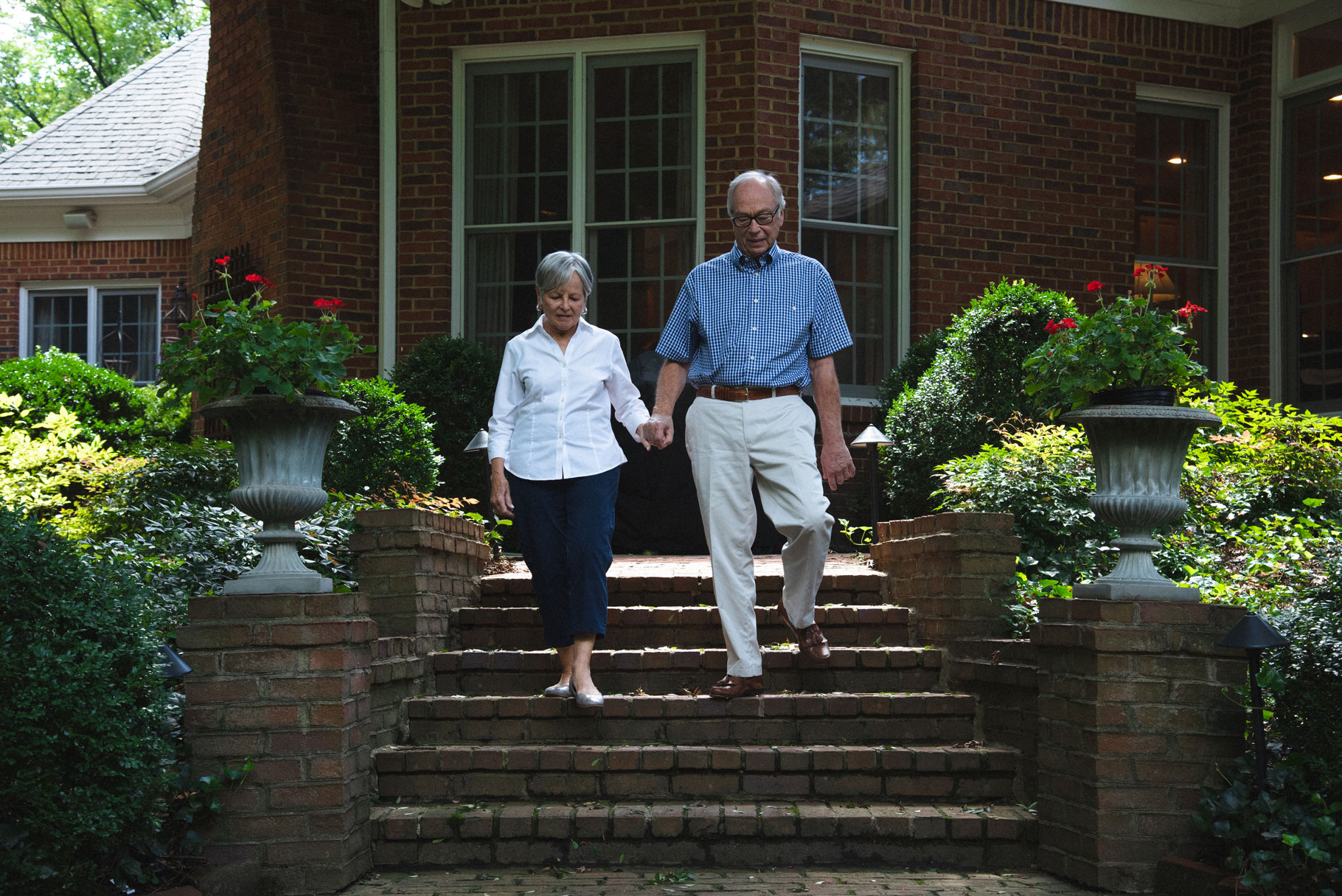 Married for more than 50 years, Chet and Gayle are a united front in the face of Gayle’s Parkinson’s.

Find out more about treatments for patients like Gayle at
UK HealthCare’s Kentucky Neuroscience Institute.

“I’m not afraid of anything.”Neuroscience