“I want to be at the stadium and look back at this hospital.”

“I asked him if I could get a second opinion because I had friends that worked in Evansville, about 35 miles away, in the heart hospital. Dr. Vora leaned over on the bed and he said, ‘Yeah, I can start the paperwork and I’ll get you out of here. But just so you know, if you’re going to Evansville, you’ll be dead before you get there.’” 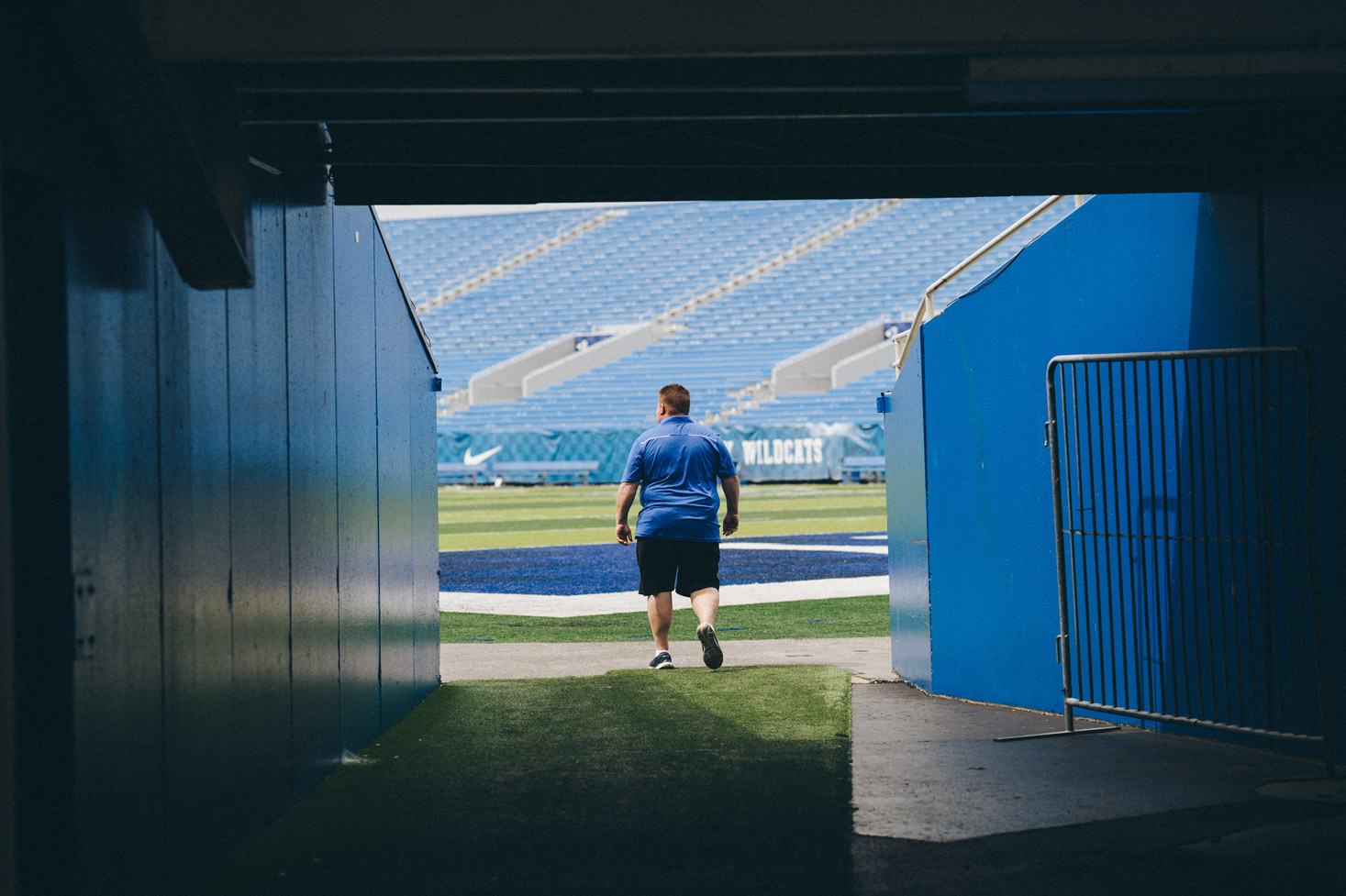 By the time Jimmy Rhoades got to the hospital, he was sure he was dying. He’d even told his wife what he wanted for his last meal—chicken and dumplings. He’d been sick for weeks, first with what his doctors in Owensboro thought was the flu, then pneumonia, then a lung infection. The truth was much worse. 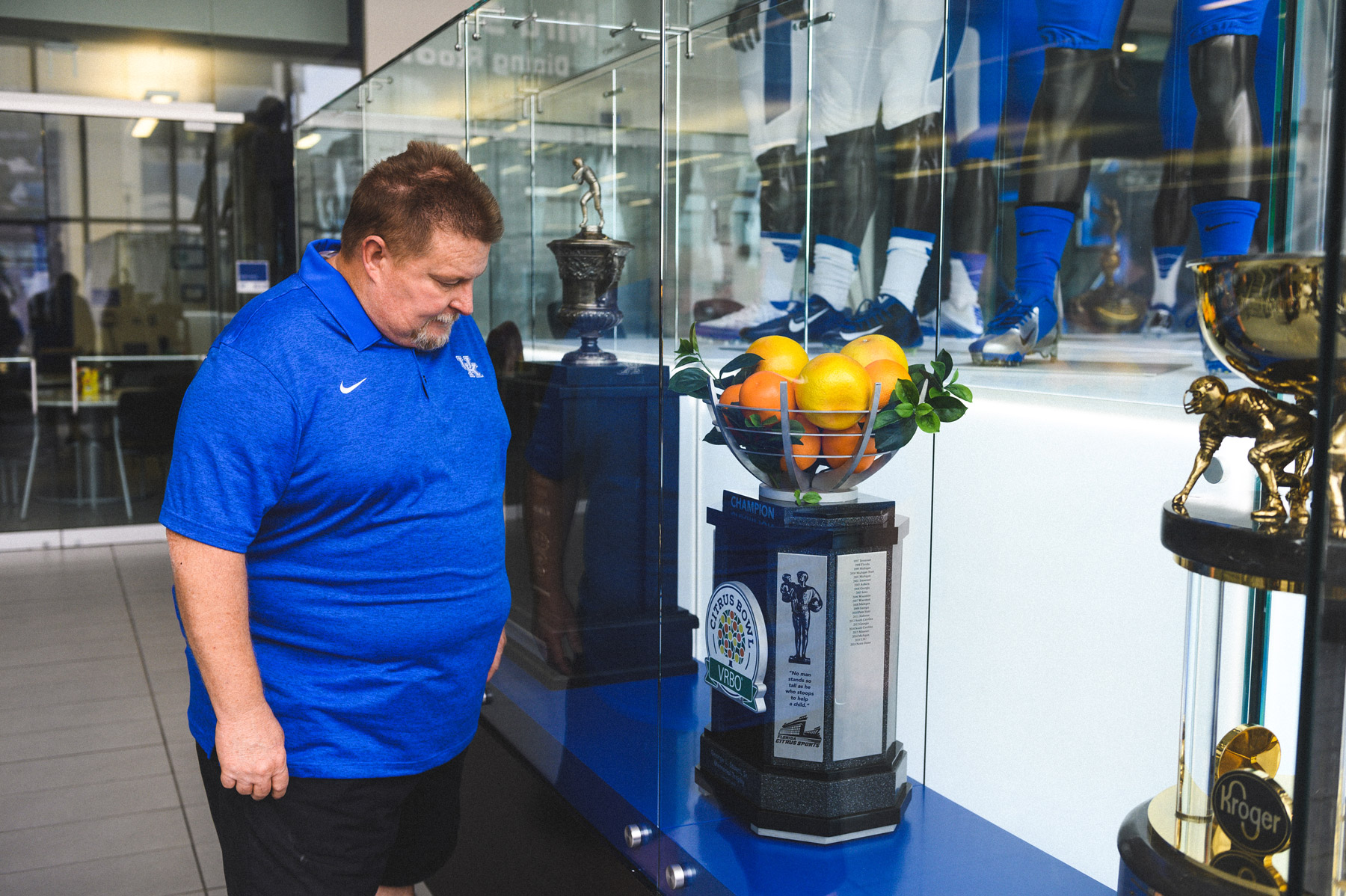 Jimmy was suffering from deep vein thrombosis, or DVT. His lungs were filled with blood clots, which could have escaped to his heart and killed him at any moment. Dr. Vora’s warning was Jimmy’s last conscious memory in Owensboro. While his medical team was able to remove the clots and repair the damage to his heart and lungs, they were unable to wean him off bypass. That’s when they called UK HealthCare. 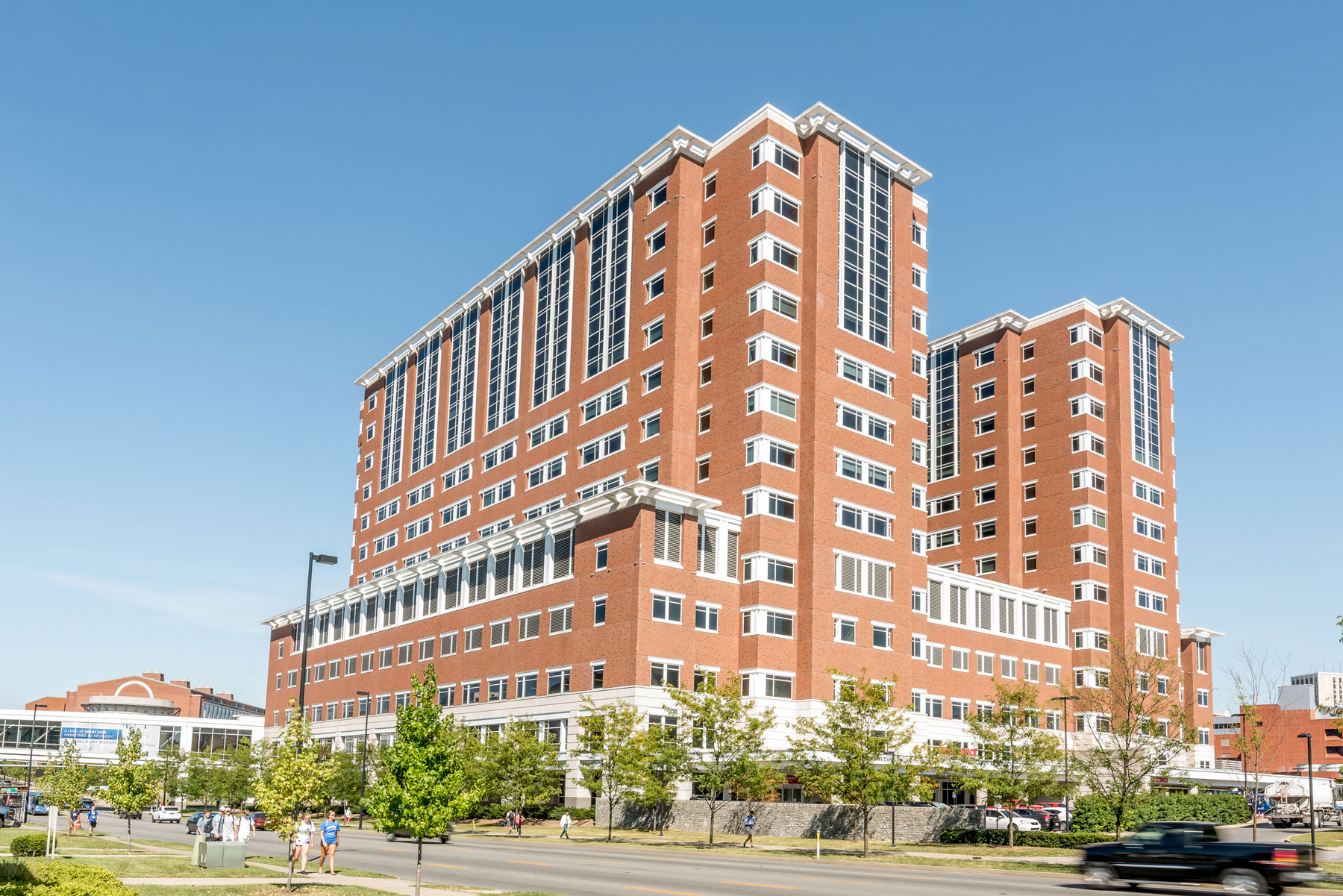 UK HealthCare is home to one of Kentucky’s few ECMO programs, serving patients like Jimmy across the state.

UK’s ECMO team traveled across the state to get Jimmy, who was transported, with his chest open, to the cardiac ICU at UK HealthCare’s Gill Heart & Vascular Institute. “I spent over eight days with my sternum open,” said Jimmy. “Living on ECMO. I was totally unconscious for 27 days.” 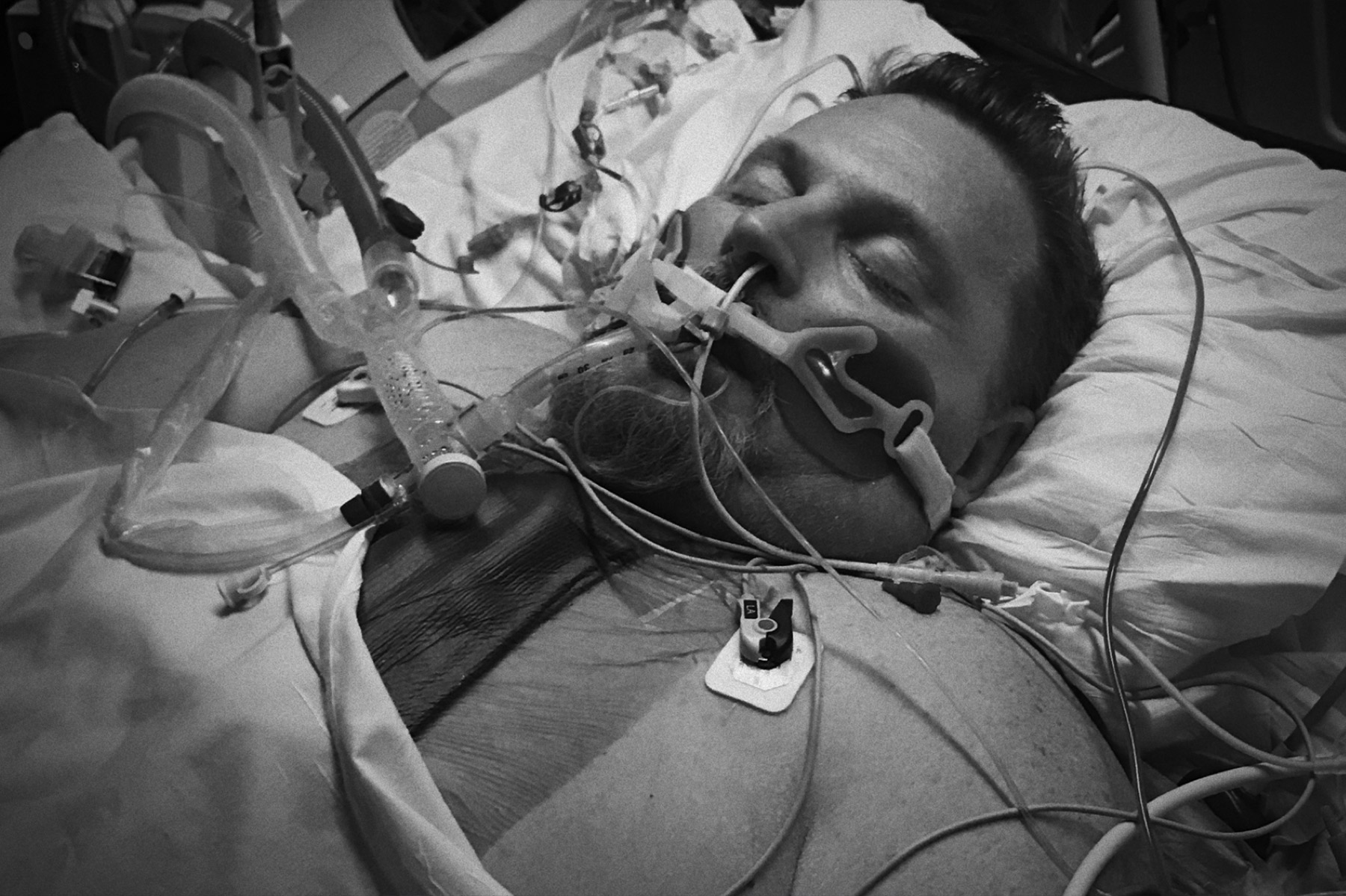 ECMO and full-time monitoring kept Jimmy alive while his body recovered from DVT.

Jimmy was eventually able to be weaned off ECMO, but he had a long road ahead. After being unconscious for nearly a month, he had to learn how to walk again. That process involved endless slow laps around the eighth floor of Chandler Hospital with his respiratory therapist. 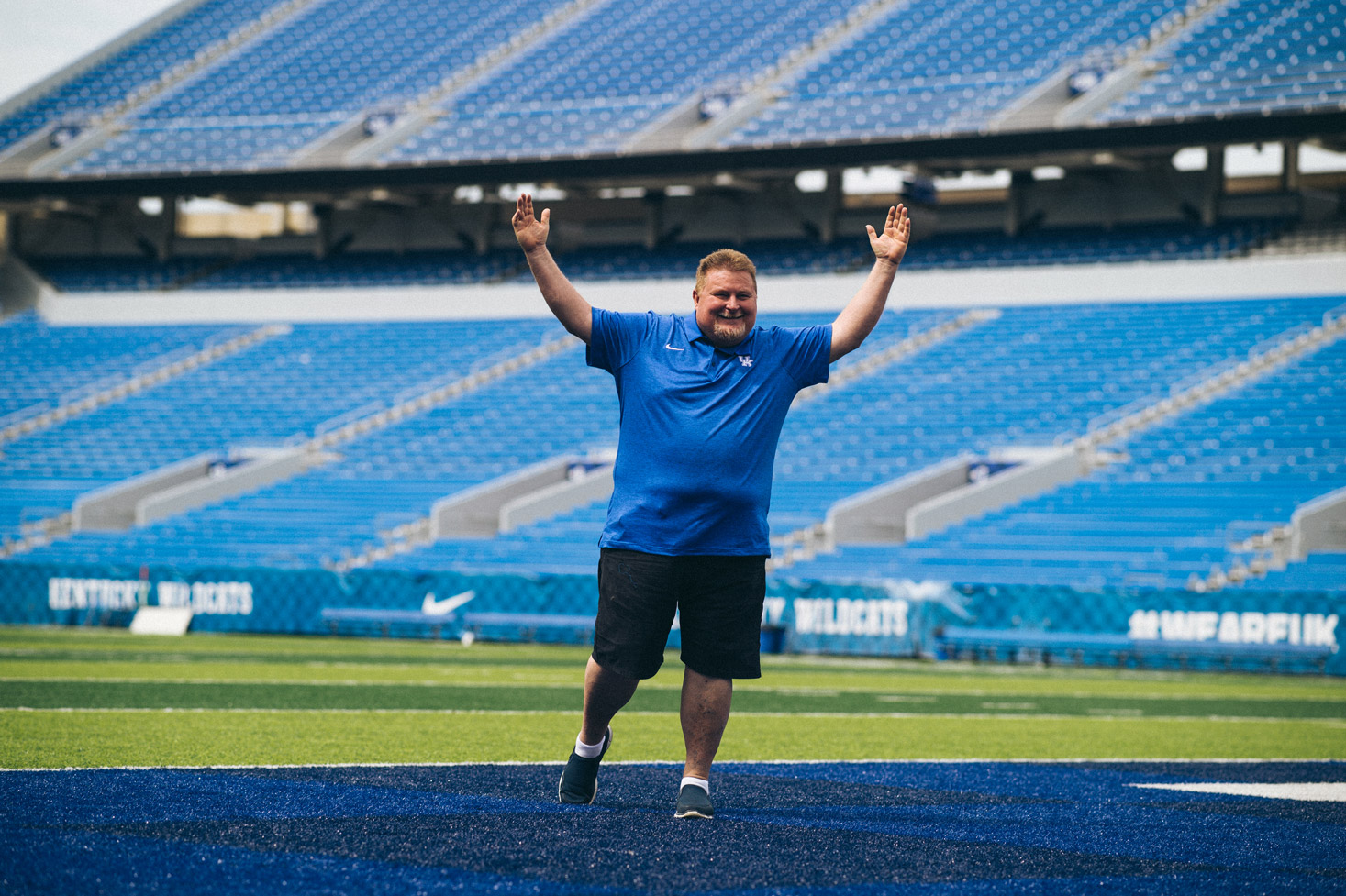 “I had a lot of nerve disconnects. I had to learn to walk and had to gain respiratory strength again.” 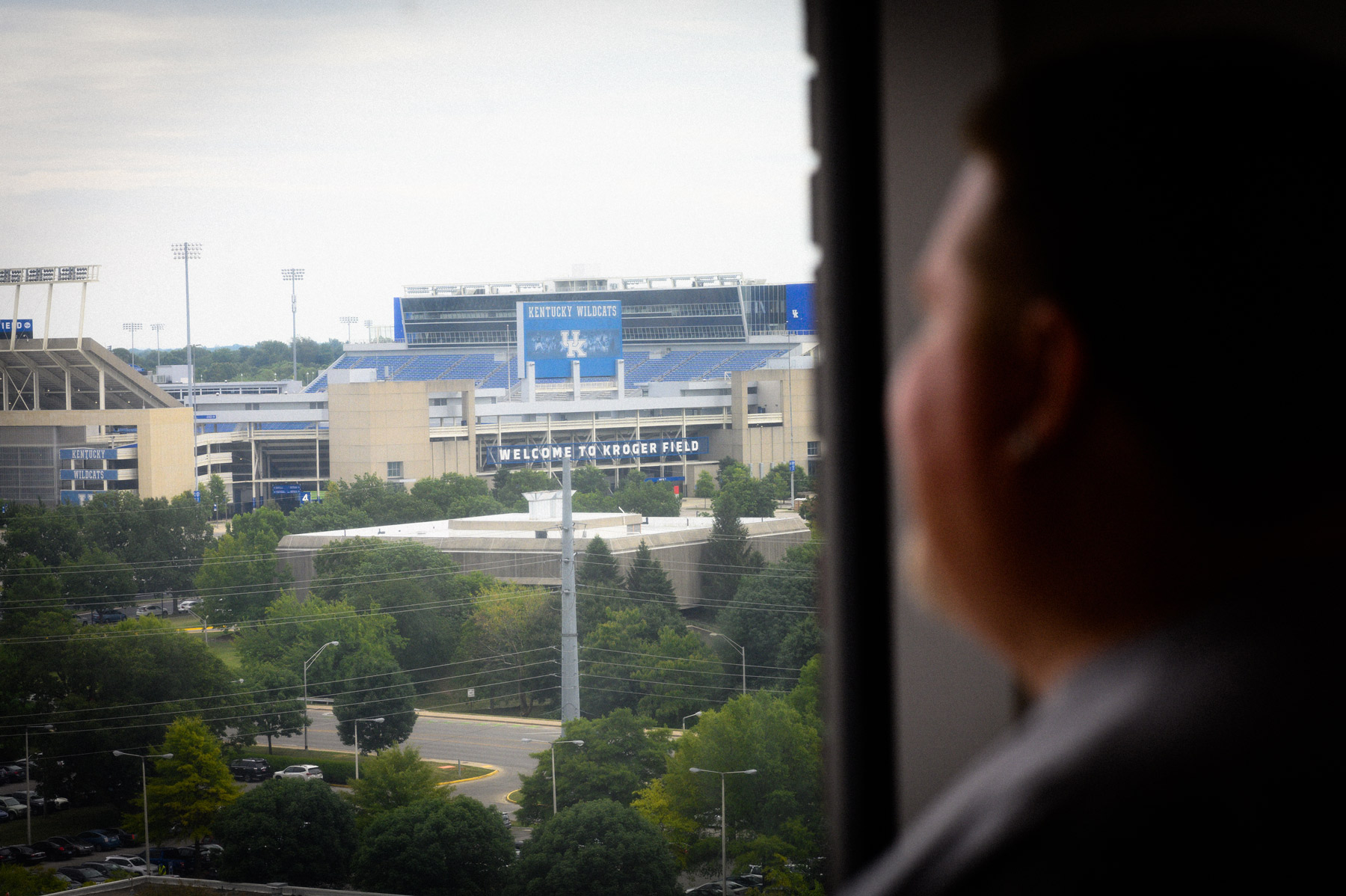 Jimmy takes in the view of the stadium from the eighth floor of Chandler Hospital, where he re-learned how to walk.

Jimmy, a former motorsports race announcer, was well-known among the UK fan community in Owensboro, where he’d do game calls at local sports bars. But his experience at the hospital made him an even stronger member of Big Blue Nation. 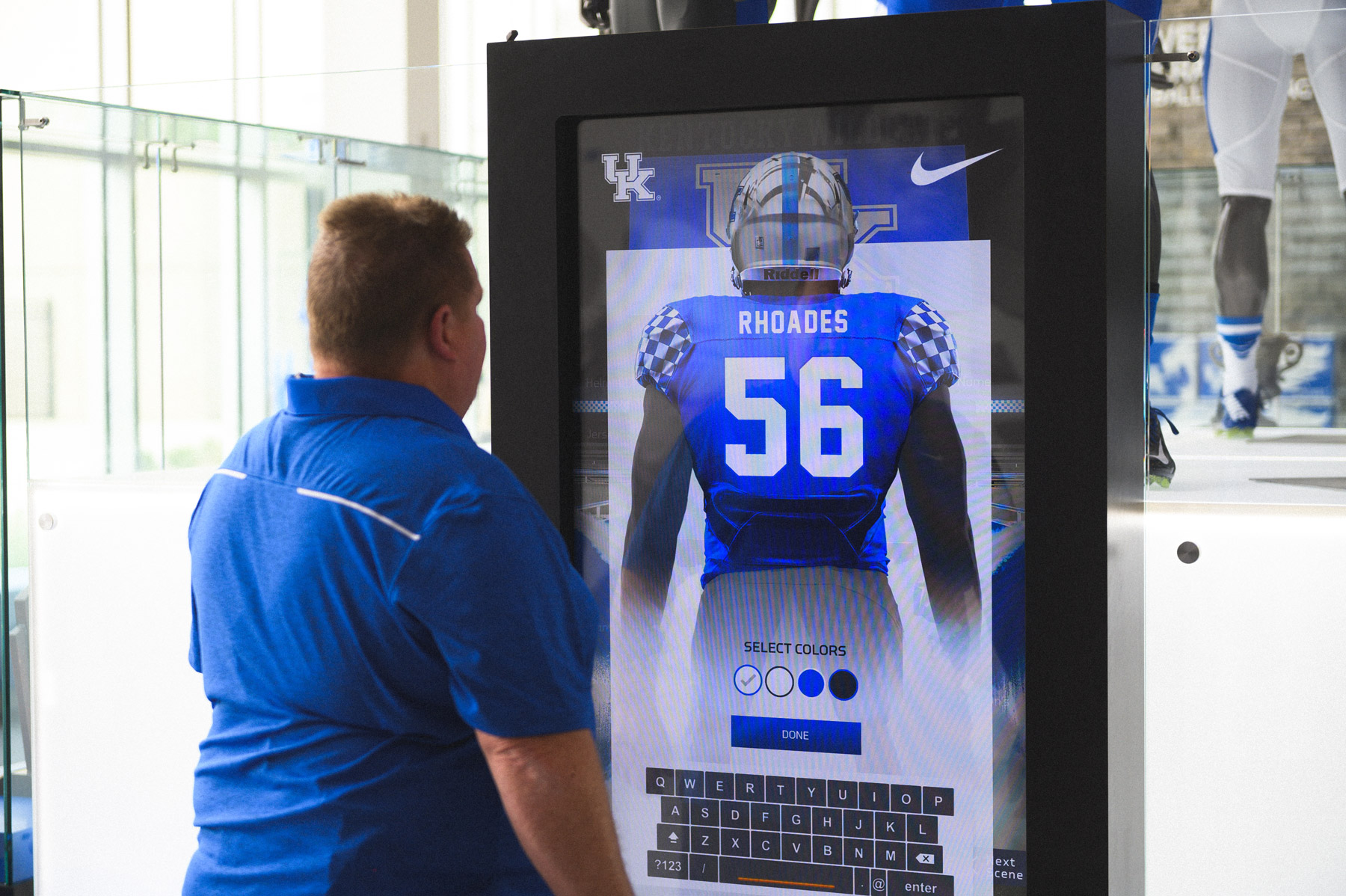 “It’s not a fan community, it’s a family. When you bleed blue, nothing can compare to it. But my involvement with UK goes a lot further than athletics. I know that without ECMO and Dr. Sekela and his team and the power of prayer, I wouldn’t be here.” 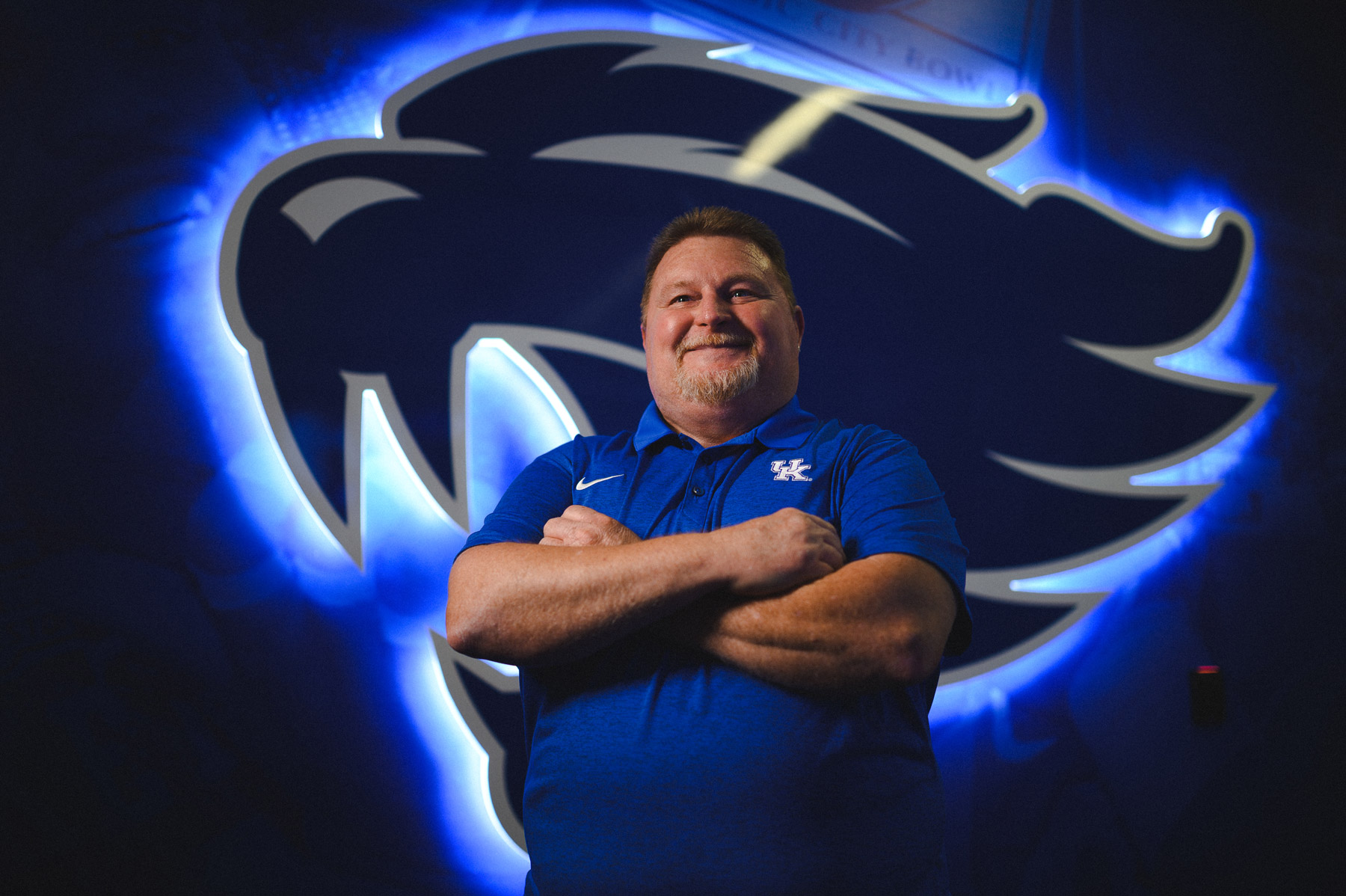 “I always say I’m a Hoosier by birth, but I’m a Kentuckian by the grace of God.”

With the support of his family, his community and his medical teams at UK HealthCare and back home in Owensboro, Jimmy regained his strength, learned how to walk, and was able to return to his home and his family. And 18 months after his initial arrival at UK, Jimmy returned, stood in Kroger Field, and looked back at the hospital that saved his life. 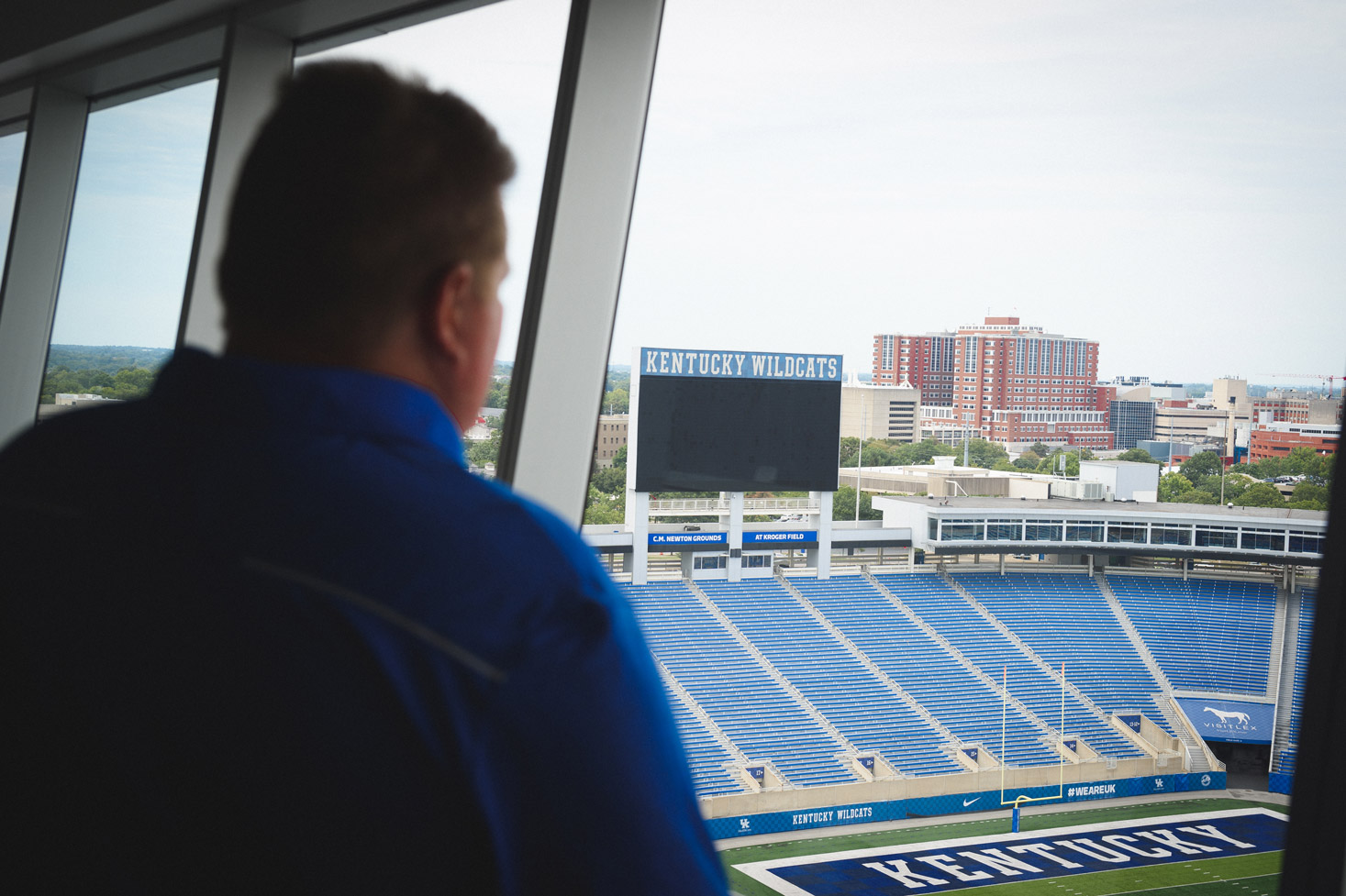 “To be here, and to be able to look back over at the hospital...it’s pretty incredible.”

“Don’t ever give up. Find the strength inside yourself to continue to grow and fight the challenge with all the vigor and all the belief that you can beat this and you’re going to continue to get better.”

“Through the works of the hospital, I continue to gain strength and grow and heal.”

See how we care for patients like Jimmy at
UK HealthCare’s Gill Heart & Vascular Institute.

READ MORE
“I want to be at the stadium and look back at this hospital.”2019-09-132020-09-01https://proof.ukhealthcare.com/wp-content/uploads/2019/04/ukhc-logo-white.pngWe Are Proof | UK HealthCarehttps://proof.ukhealthcare.com/wp-content/uploads/2019/09/jimmy-rhoades-9.jpg200px200px
Contact
Follow Us
© University of Kentucky, Lexington, Kentucky, USA | An Equal Opportunity University | Interpreter Services | Notice of Non-Discrimination | Sitemap | Privacy Policy