“It was a shock. It was a small spot at first, and they biopsied it. It came back as normal cells, so they said ‘We might as well just take this out to be precautionary.’ I came to my doctor’s appointment ready to just get back to playing football. And that’s when they told me.” 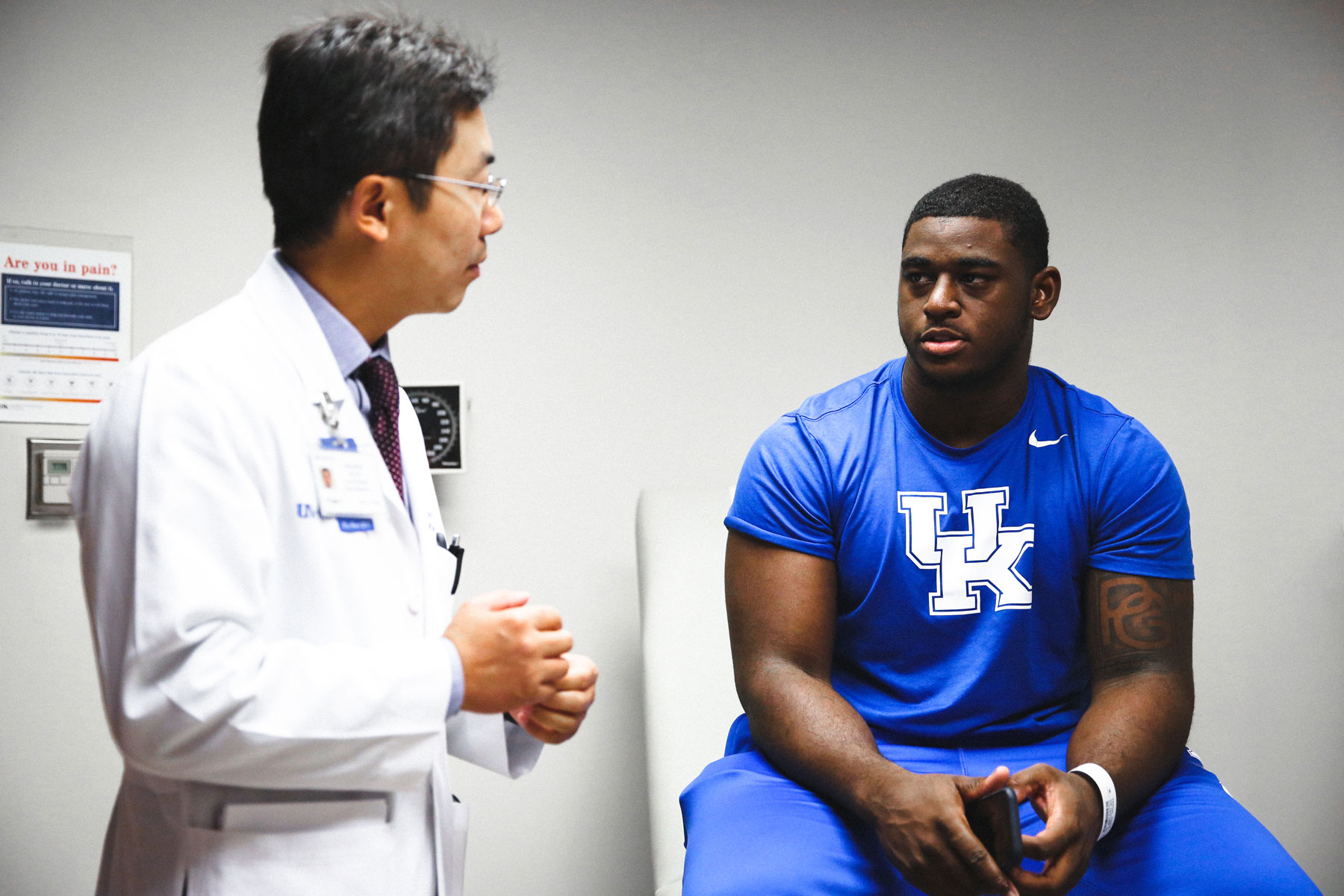 That appointment was when Josh Paschal found out that the spot on his foot wasn’t just a spot. It wasn’t just a blood blister, like he’d initially thought. It was a rare, aggressive form of skin cancer called acral lentiginous melanoma, or ALM. And it needed to be treated immediately. 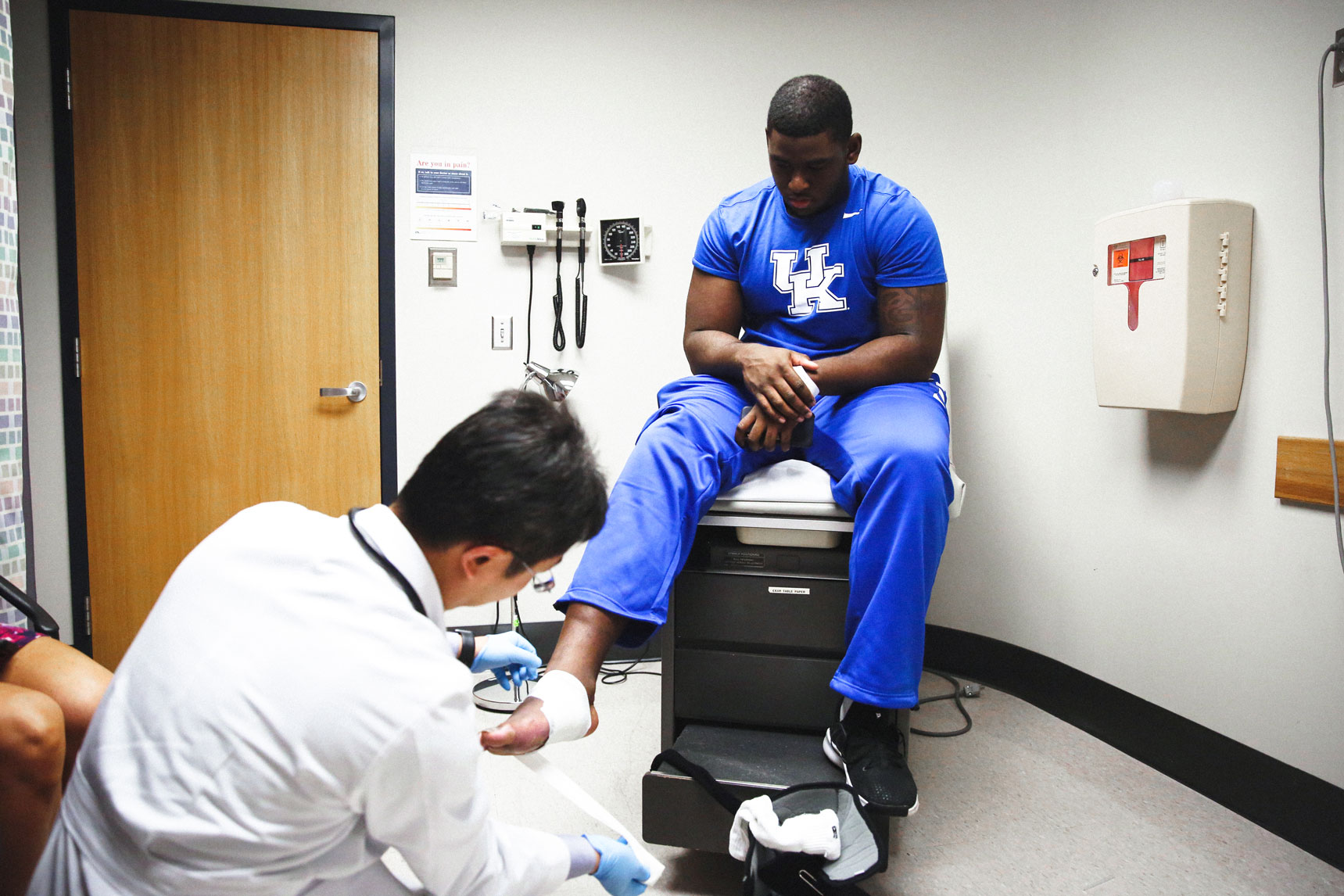 Josh had multiple surgeries on his foot to remove the cancerous growth and replace the damaged tissue.

For Josh, a defensive lineman on UK’s football team, the news was devastating. His course of treatment at UK HealthCare’s Markey Cancer Center meant he wouldn’t be starting the season with his teammates. Instead, he underwent two surgeries within weeks of his diagnosis to remove the cancerous growth from his foot. Shortly after a third surgery to patch up his foot, he started on a course of immunotherapy and medications to reduce the risk of his cancer recurring. 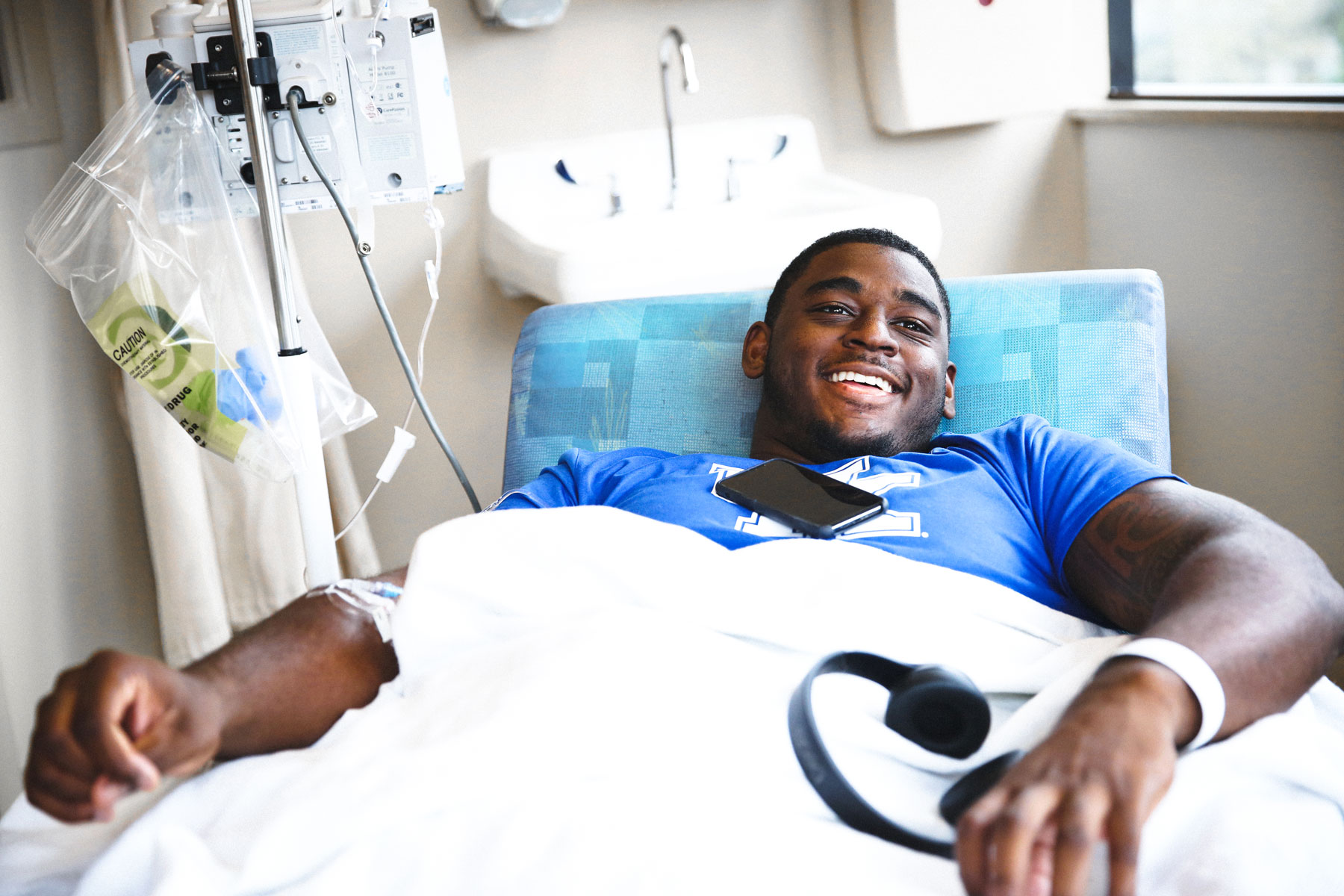 Throughout his treatment, Josh was never alone, and he stayed positive. His parents and other family members flew down from Maryland. His team—and the entire Big Blue Nation—rallied around him. He never lost his determination to get back in the game. 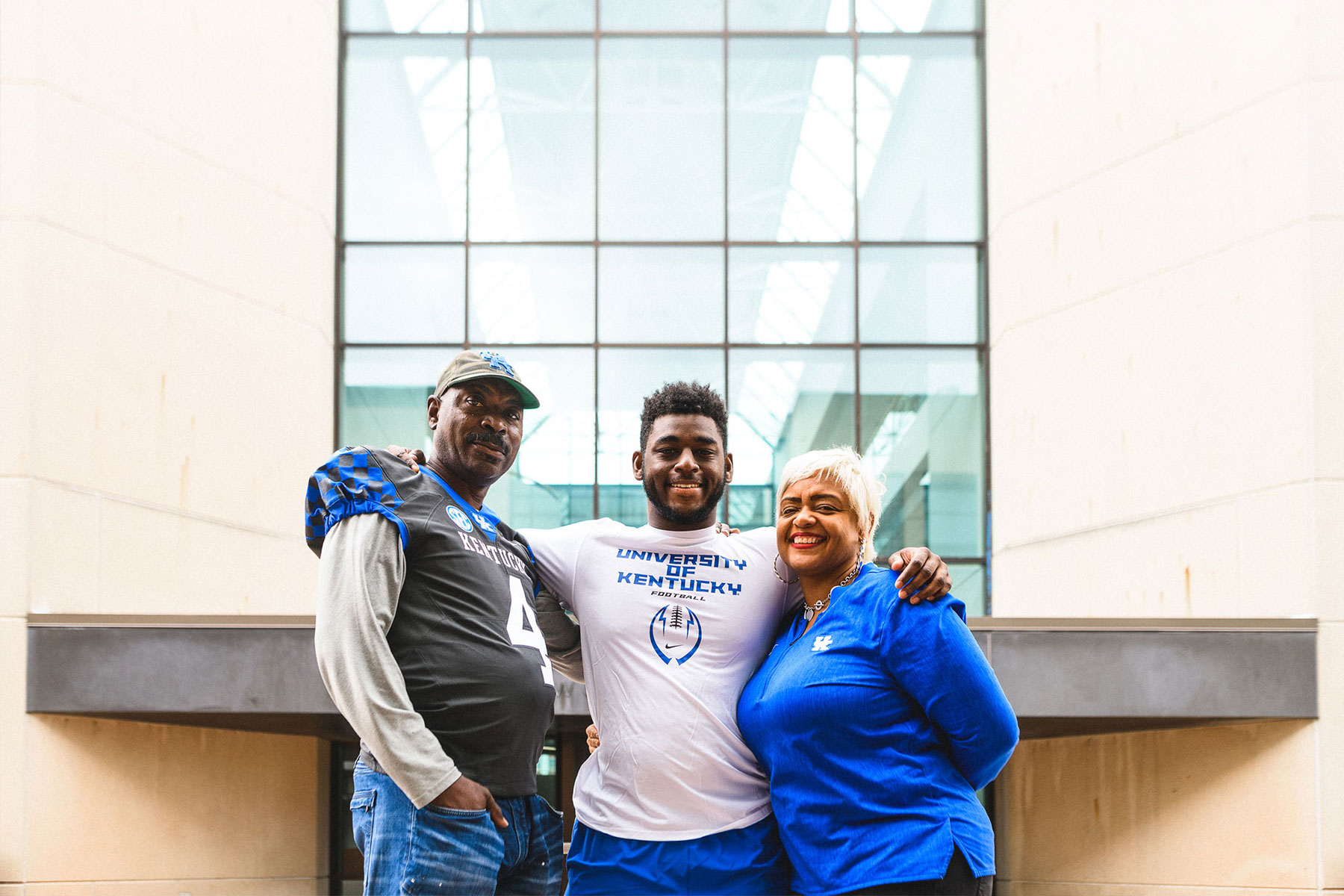 “When you get a diagnosis like that, you’re numb,” Josh’s mother said. “But Dr. Evers and the entire team answered and explained everything.”

Four months and a day after his initial diagnosis, Josh returned to the field as the Wildcats took on Middle Tennessee State. He made an immediate impact on the field, proving to his team and to all of Big Blue Nation that his cancer hadn’t slowed him down. 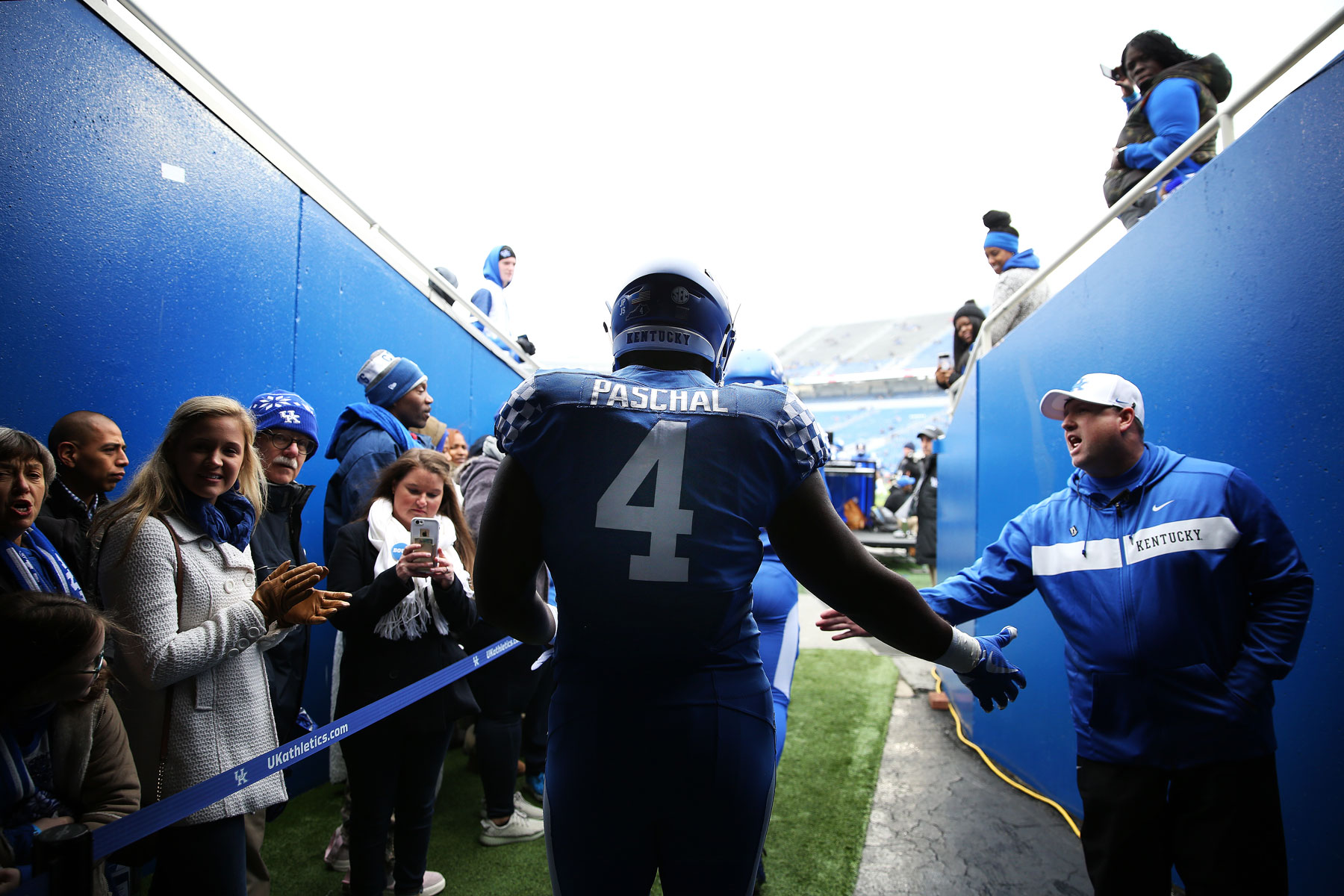 “I just want to say thank you to Big Blue Nation for always lifting me up.”

“I was just so anxious to get back. I had a whole season ahead of me when I found out about everything, and I just really wanted to get back. When I came out on the field, when the announcer called my name when I made the play, with the crowd cheering, I just really felt all the support I had.”

The team never doubted Josh. “It actually brought us a lot closer,” he said. “They saw how hard I wanted to come back to play. They lifted me up just like I lifted them up. We really helped each other in that situation, and we really bonded as brothers.” 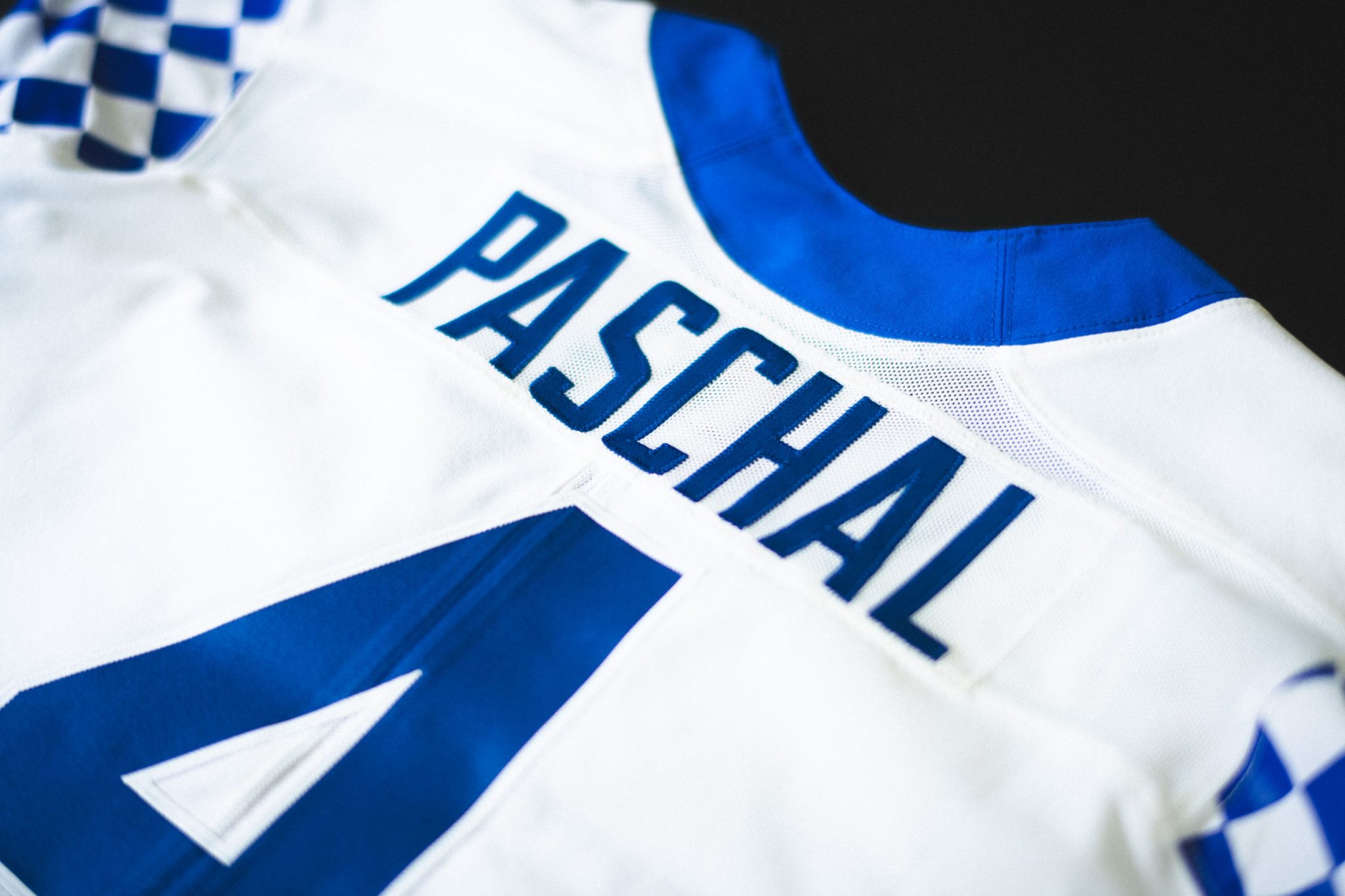 “Since I was five, I’ve been playing football. Since I can remember.”

“When Josh received that news a year ago, it surprised all of us,” said Coach Mark Stoops. “But once we got through that initial shock, Josh attacked that head-on and has been an inspiration to myself and our entire team because of the way he’s met that challenge. He’s been extremely positive, trusted the doctors, had great faith, and he’s gone about his business each and every day.” 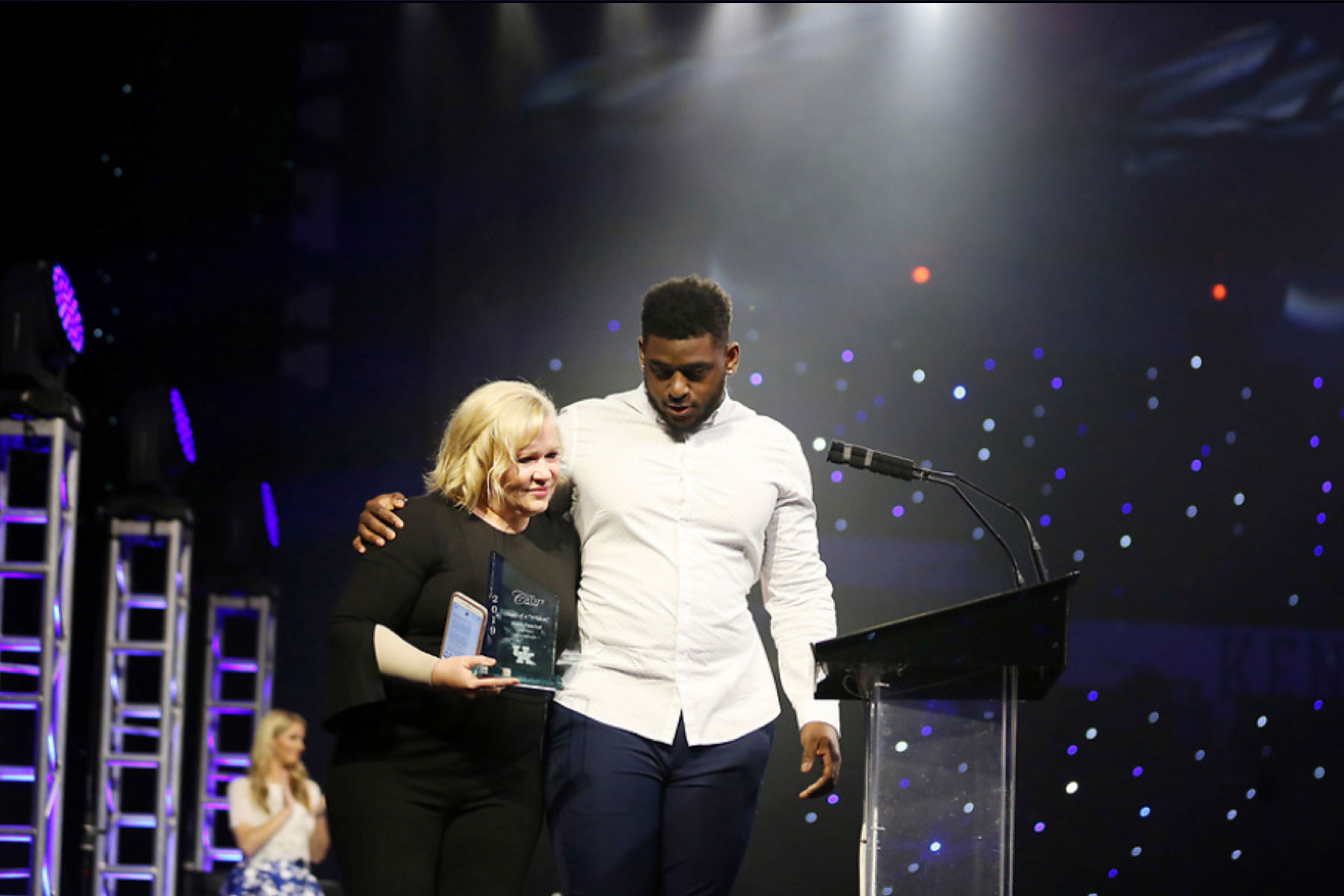 In recognition of his courage and strength, Josh received the Heart of a Wildcat award at the 2019 CATSPY Awards.

As he prepares to take the field alongside his teammates, Josh is more thankful than ever for his strength, his health, and the support of his team and Big Blue Nation. “It feels good to be fully healthy and feeling the best I ever have. I don’t have to worry about melanoma. I don’t have to worry about my treatments. Just being able to really focus on football is great.” 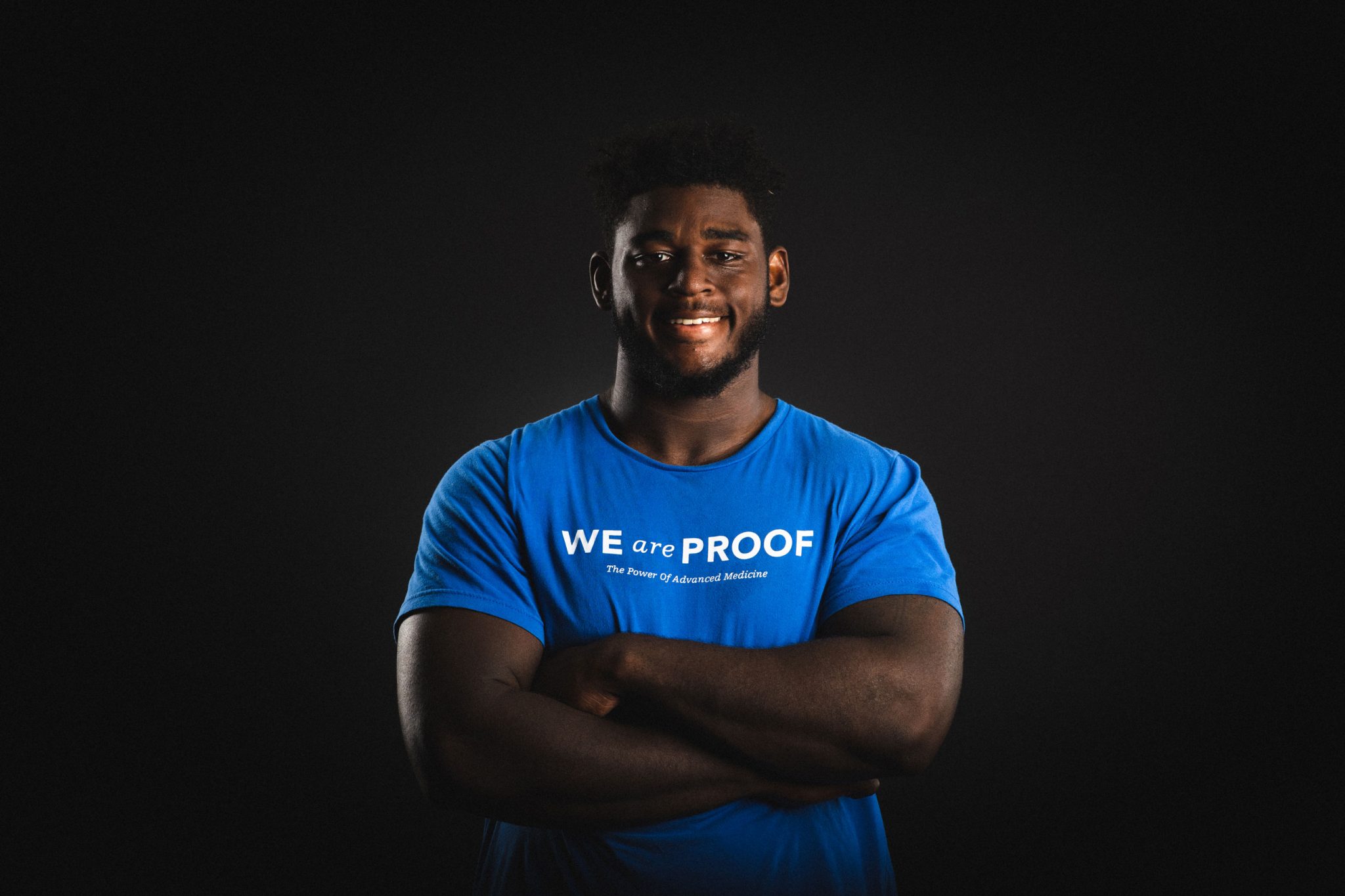 “I couldn’t go anywhere without getting support from other people. It was all positivity, and that’s what I really love about Big Blue Nation.”

See how we care for patients like Josh at
UK HealthCare’s Markey Cancer Center.