“Just when I was starting to get organized and think about my memorial—who I wanted to be there, what songs I wanted played, who was going to help my husband with our kids and take care of my mother who lives with us—that’s when the phone rang.”

That was the second call that changed Sarah Lister’s life. The first had come months before, when her doctor broke the news of her diagnosis with acute myeloid leukemia. The second, following months of inpatient treatment at UK HealthCare’s Markey Cancer Center, told Sarah that a bone marrow donor had been found. It was her only hope of beating the disease. 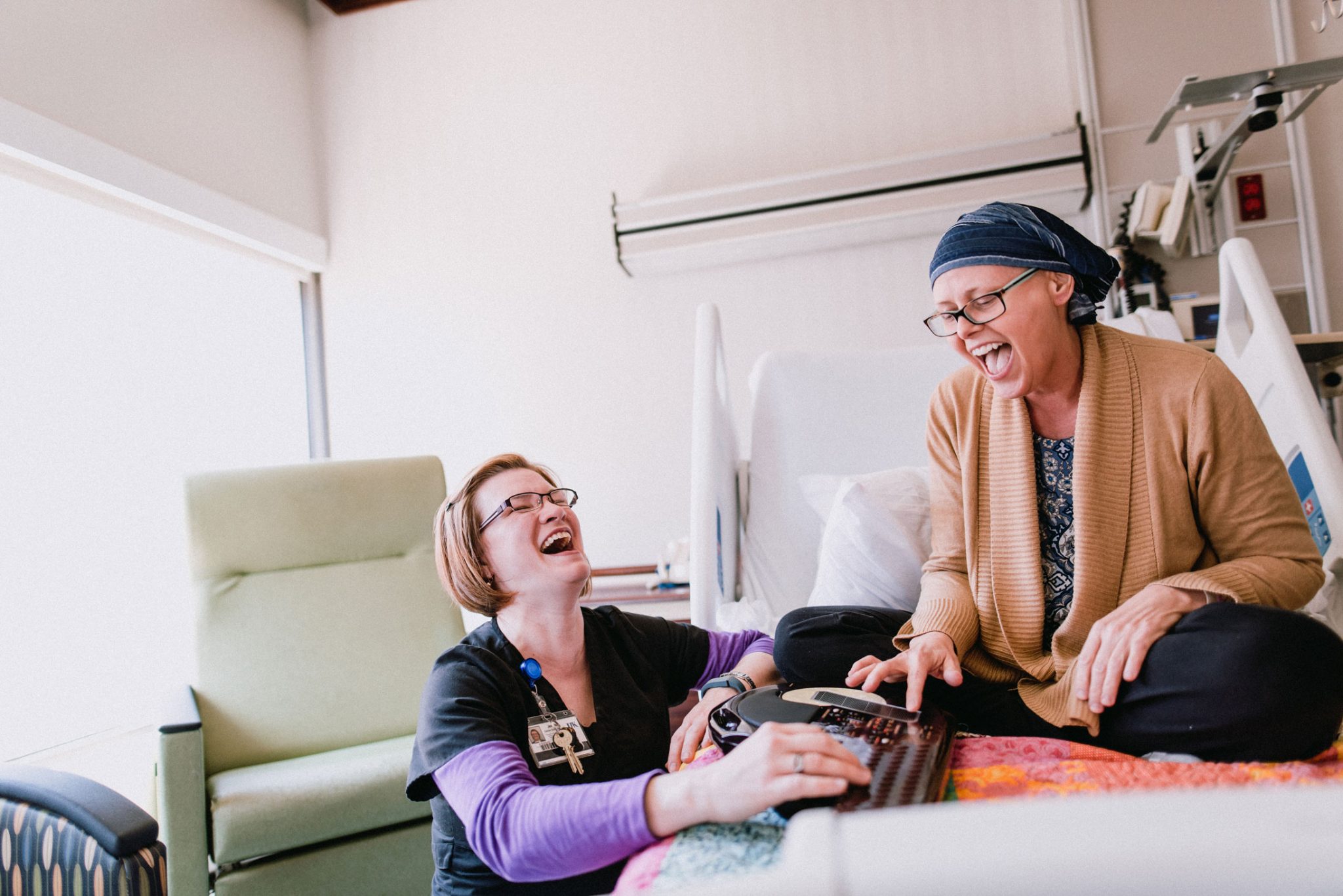 In July 2016, the day after her 46th birthday, Sarah underwent a successful bone marrow transplant. One year later, the bone marrow registry gave Sarah and her donor the option of exchanging contact information. Both said yes, and Sarah finally learned the name of the person who had saved her life: Thad Kunkel, a neuroscience major at Michigan State University who was just 21 when he joined the registry.

Just a few months after joining, Thad was informed that he was a match. Despite being a little overwhelmed by the fast pace of the process—and more than a little afraid of needles—Thad said yes. 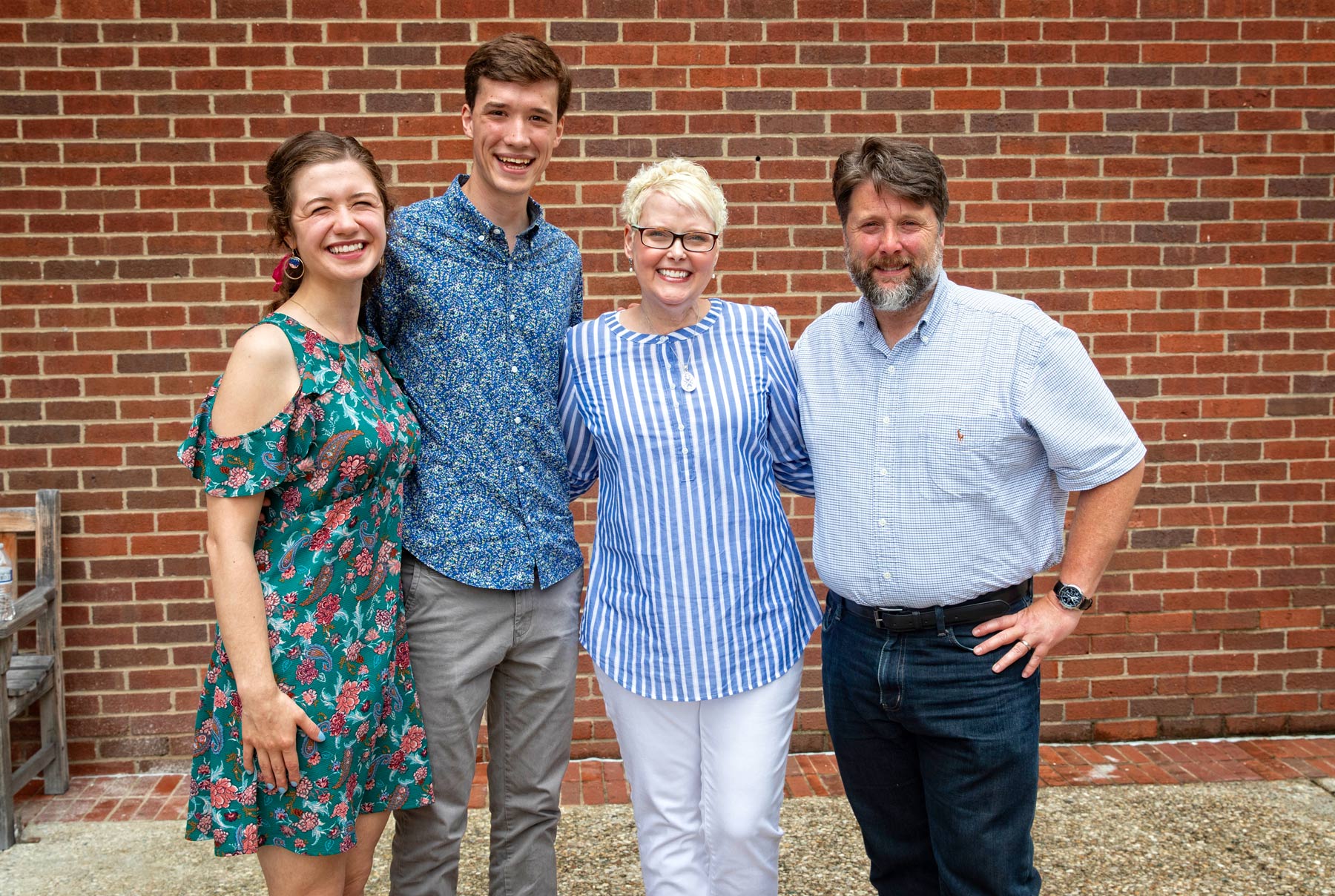 “How special it was that there was somebody in the world who was willing to make that sacrifice.”

“They wanted a solid commitment,” Thad said. “The process that the recipient goes through, if they don’t receive bone marrow—like if I backed out at the last minute—the patient would probably die from the prep process. I had nothing to lose from it, and someone else has everything to gain, so how can you say no?”

That decision saved Sarah Lister’s life, and she wanted to thank Thad for it. After exchanging letters and phone calls, she invited him to visit Lexington during Markey Cancer Center’s Expressions of Courage event, an annual celebration of cancer survivorship. 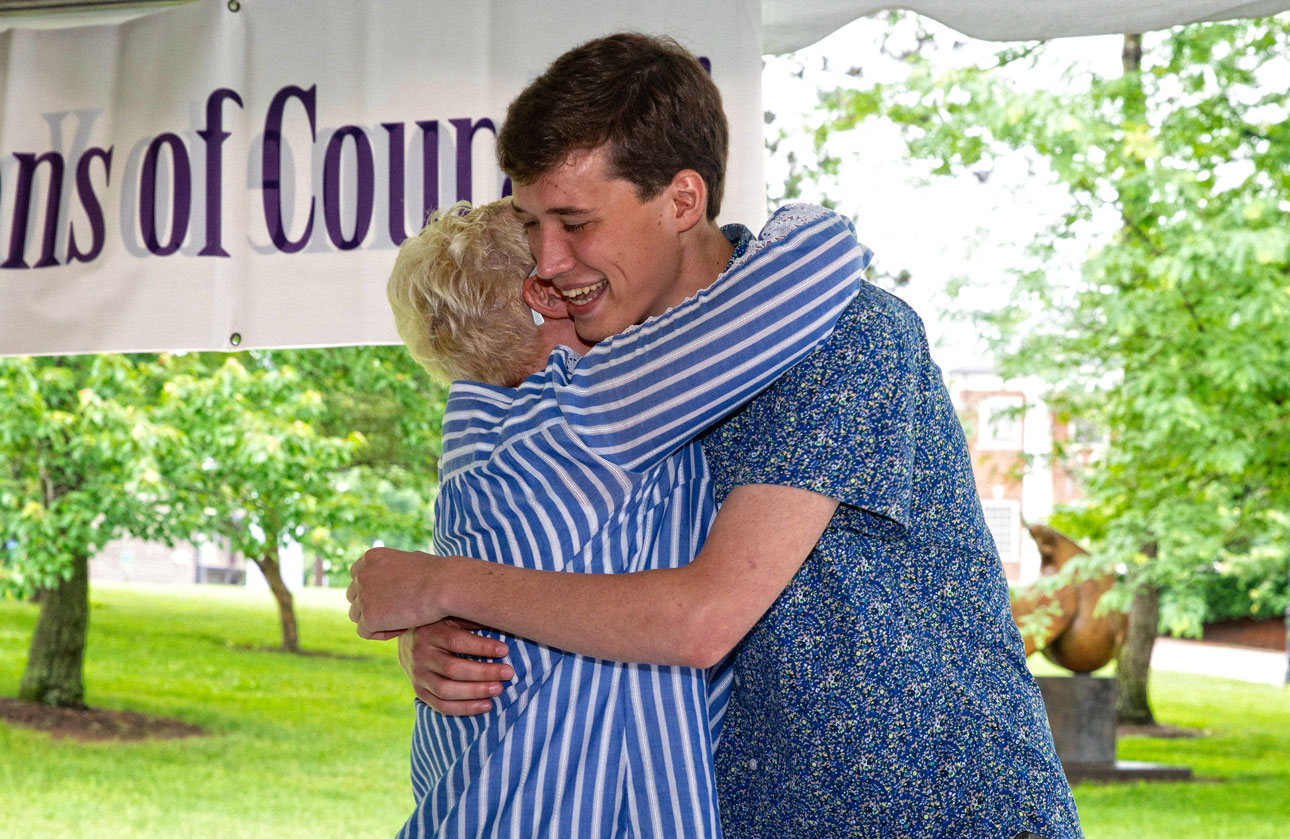 “You’ve literally saved my life and changed the life of my children so that they could have a mom to be with them.”

For Sarah, meeting Thad and thanking him publicly was a dream come true. Fighting back tears, she recognized the nurses and doctors who continued to care for her, as well as her personal support system. But, she noted, Thad’s generosity was the biggest reason she was still there.

“Despite having an amazing team of family, friends, coworkers and so many people who are here today, not one of them could do what this man did to save my life. And I am forever grateful.” 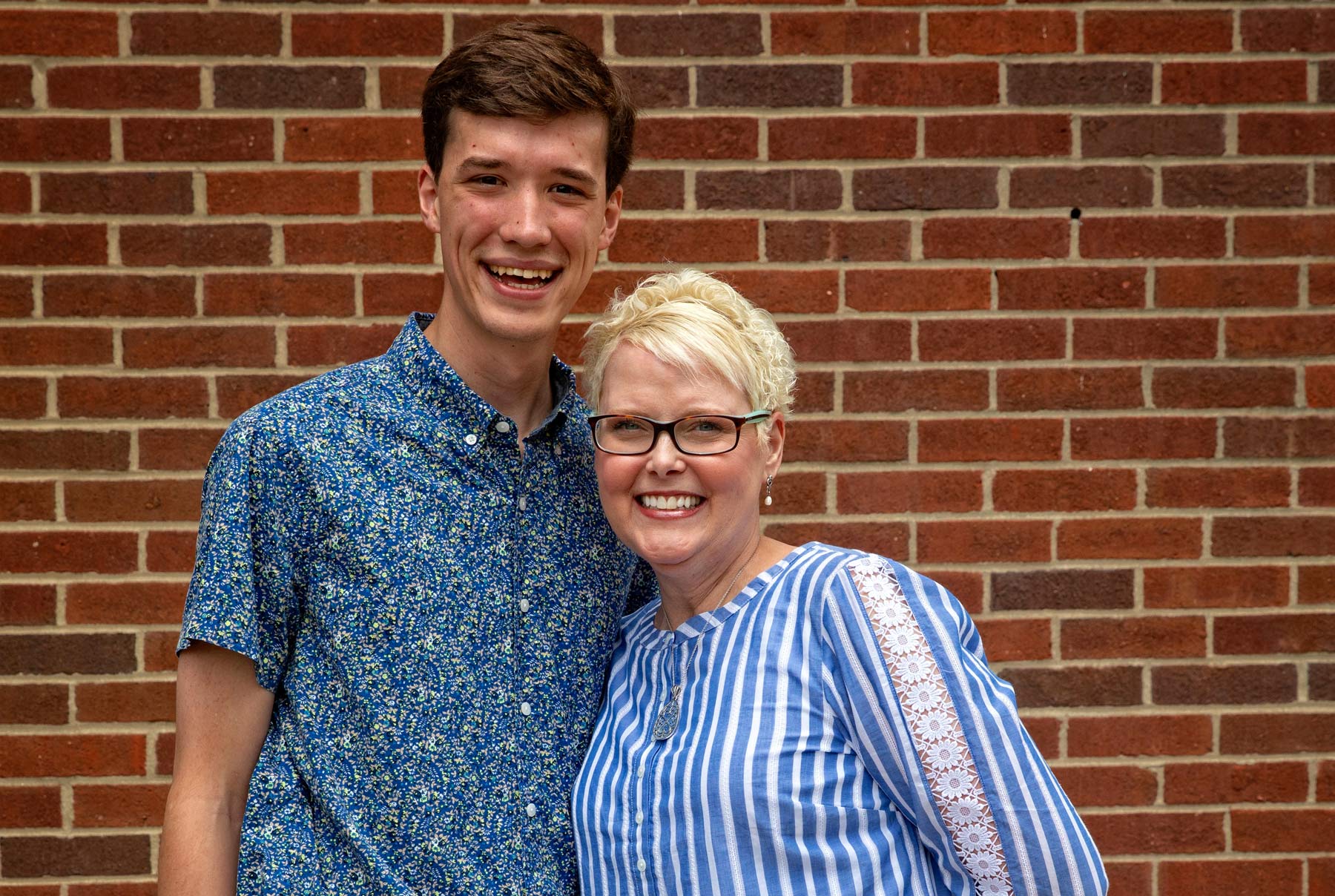 “No way did I ever think this would happen,” Thad said. “It’s an experience I’ll never forget.”

Learn more about how we care for patients like Sarah at
UK HealthCare’s Markey Cancer Center.