“Can You Fix Blue Babies?”

“He was about two weeks old the first time he stopped breathing. We gave him mouth to mouth, got him to the hospital, and the doctors didn’t know what was going on—his viral panels came back negative. No diagnosis.”

That was the first time Kase Chaney turned blue. Unfortunately, it wasn’t the last. Over the next few months, the otherwise healthy, happy baby would stop breathing and turn blue, then recover. He ended up at UK HealthCare’s Kentucky Children’s Hospital for more than a week, where he was carefully monitored but remained undiagnosed, until a chance encounter changed the course of his life. 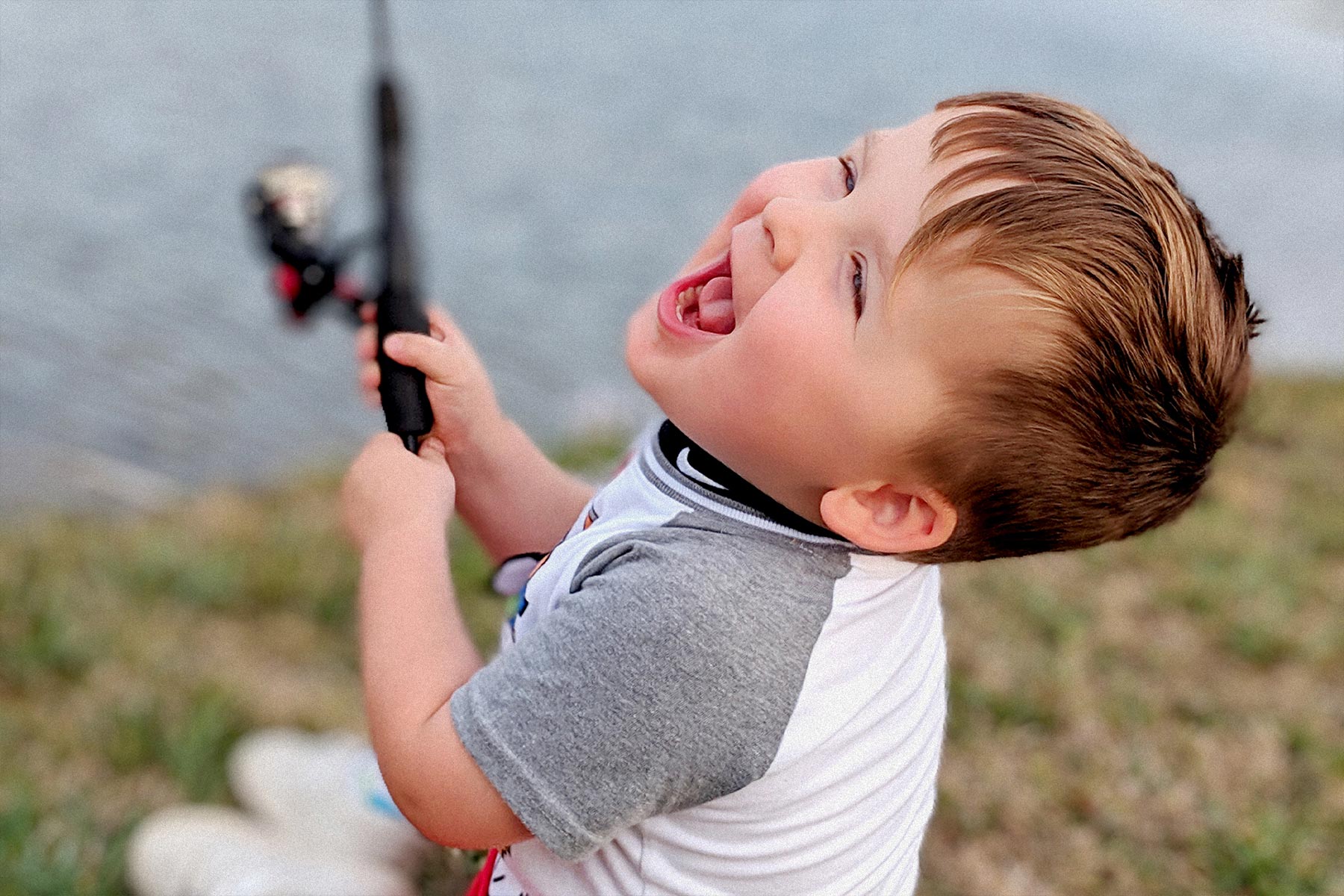 “They told us he wasn’t going to live past six months, so we decided to just live every single day.”

Dr. Krishna Pancham entered Kase’s room by mistake. As he was leaving, Kase’s mother asked a question that made him stop in his tracks: “Can you fix blue babies?”

Dr. Pancham immediately took on the mysterious case. “He adopted us,” said Hannah Chaney, Kase’s mother. “From that point on, things began to change. 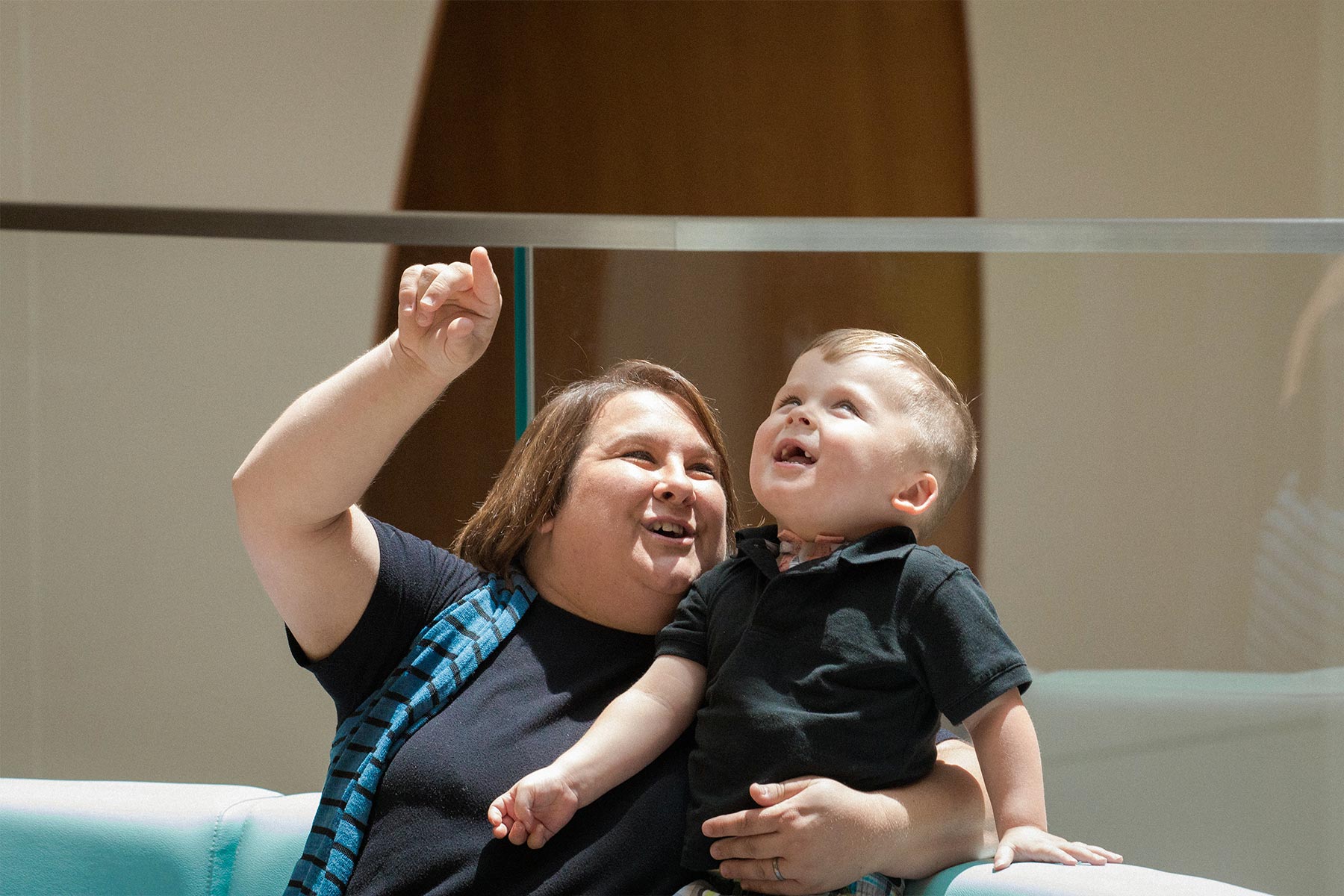 When Kase was diagnosed, he was the oldest and most severe case his doctors had ever seen.

Three months later, Kase was diagnosed with a condition called laryngotrachobroncheomalacia with subglottic stenosis, which caused his airway to collapse from his voice box to his lungs. While most infants with the condition grow out of it and don’t require treatment, Kase was a severe exception, requiring surgery, a tracheostomy and a ventilator to keep his airways open. He ended up staying at Kentucky Children’s Hospital for 98 days, undergoing dozens of procedures. Through every test, surgery and unknown, his parents’ deep faith stayed strong. 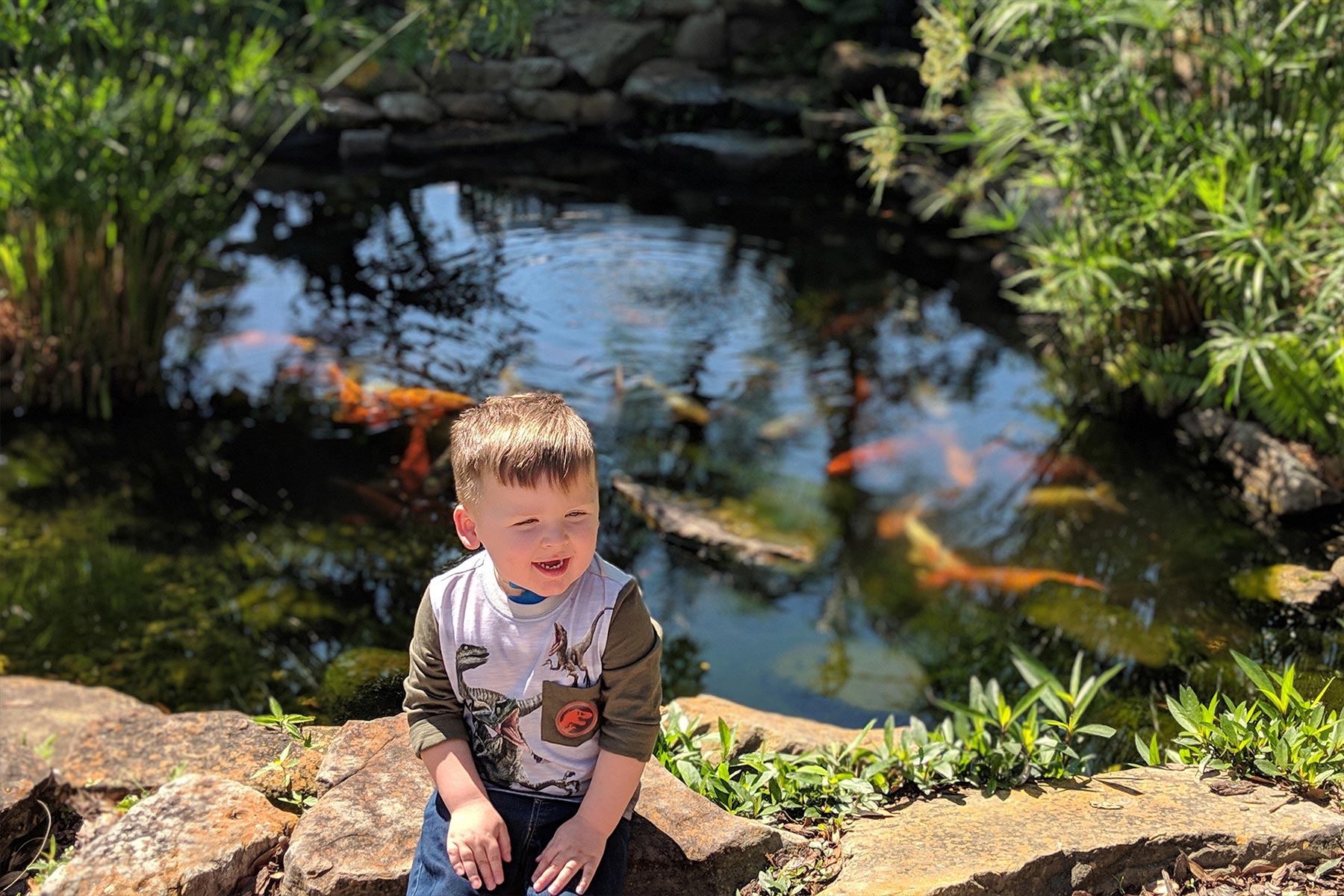 “We give thanks to God for life with Kase. Over and over, it was just miraculous.” 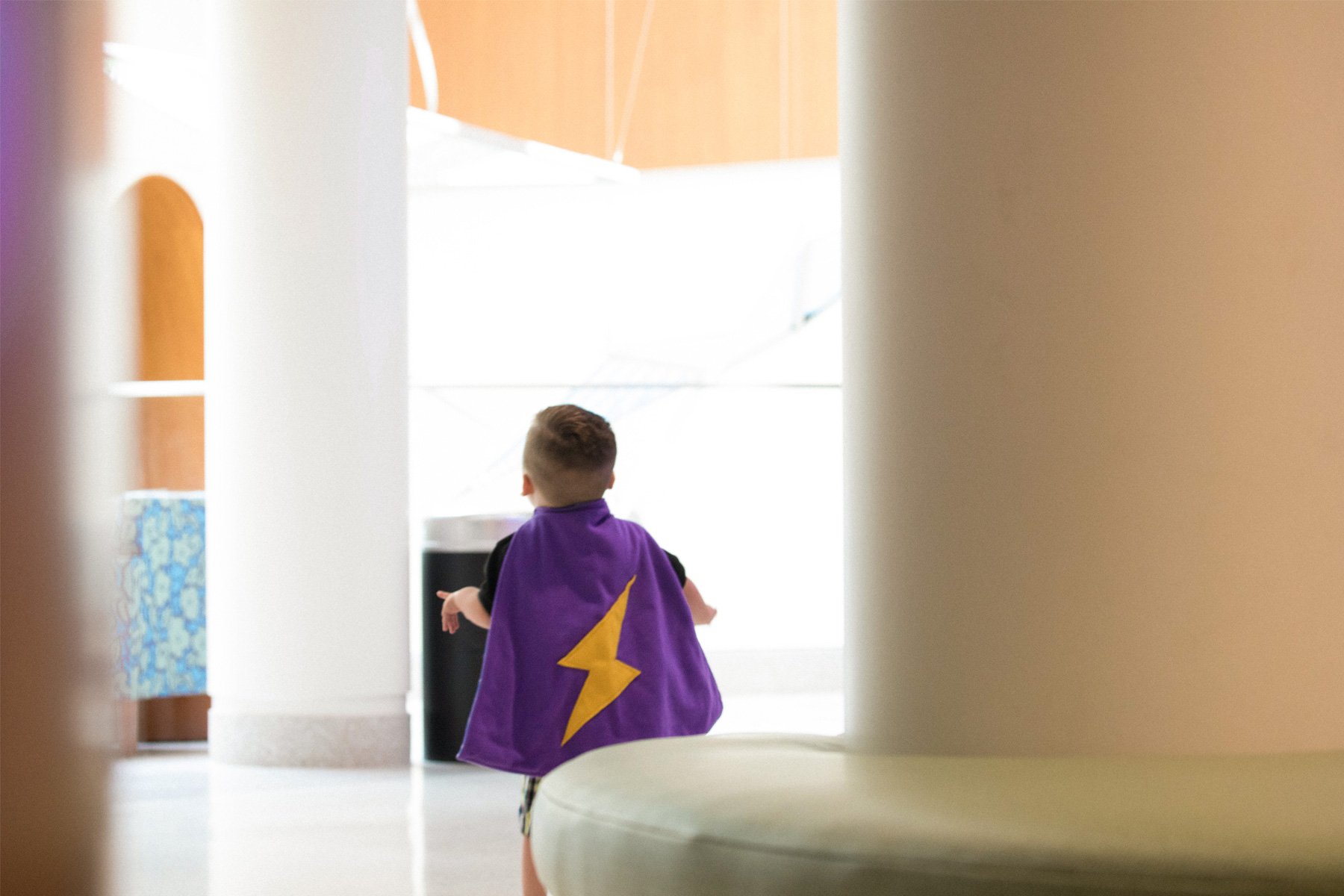 Kase’s strength, spirit and resilience have exceeded every expectation.

Despite early warnings that he might not live past six months, Kase amazed his family and his care team with his resilience. He was the youngest child at UK HealthCare to have his airway reconstructed, years earlier than it was thought possible for a child his age. His tracheal tube was successfully removed a full eight years ahead of schedule. Today, he’s a happy, growing toddler who’s walking, talking and attending preschool.

“He thinks he’s grown—he loves life,” said Hannah. “He’s been miracle after miracle. We’ve had wonderful doctors and nurses. We are so, so blessed. God has been so faithful.”

“It’s something we take peace in,” said Kase’s dad, Craig. “Just listening to him breathe.” 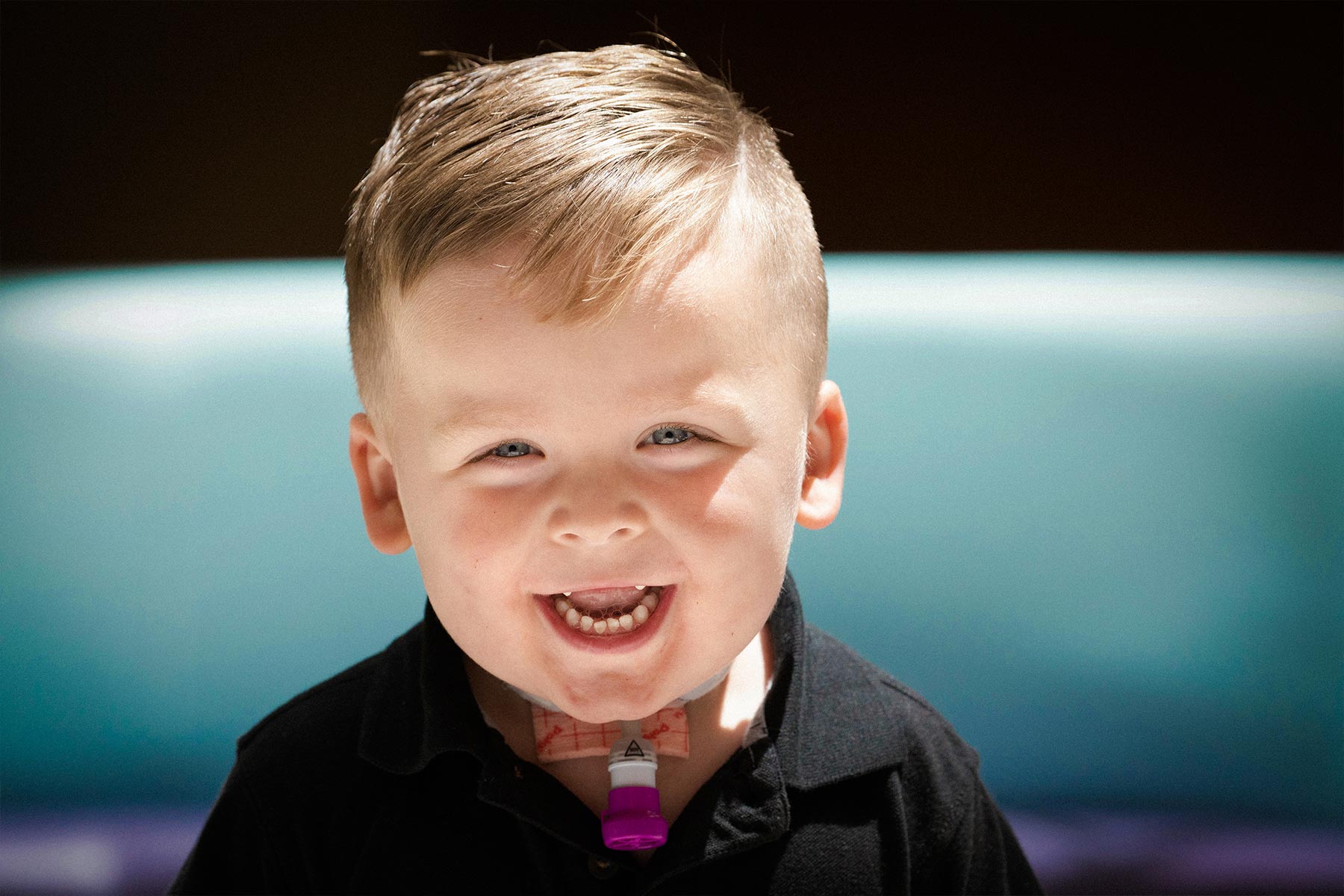 See how we care for kids like Kase at UK HealthCare’s Kentucky Children’s Hospital.

“Sitting in that cafeteria, I have never been more thankful.”Moms, Pediatric Services