“This is treatable and beatable, but it’s not going to be easy”

It started off as a bump on the side of his right knee. On its surface, that didn’t worry Todd Svoboda, a former UK basketball player and active athlete. He assumed it was a sports-related injury that would be easily cleared up.

Unfortunately, the bump wasn’t something that could be cleared up with a trip to the sports medicine doctor. Following an initial X-ray at UK Orthopaedic Surgery & Sports Medicine and more tests, Todd and his wife, Franci, were referred to Dr. Patrick O’Donnell, an orthopaedic oncologist at the UK Markey Cancer Center. 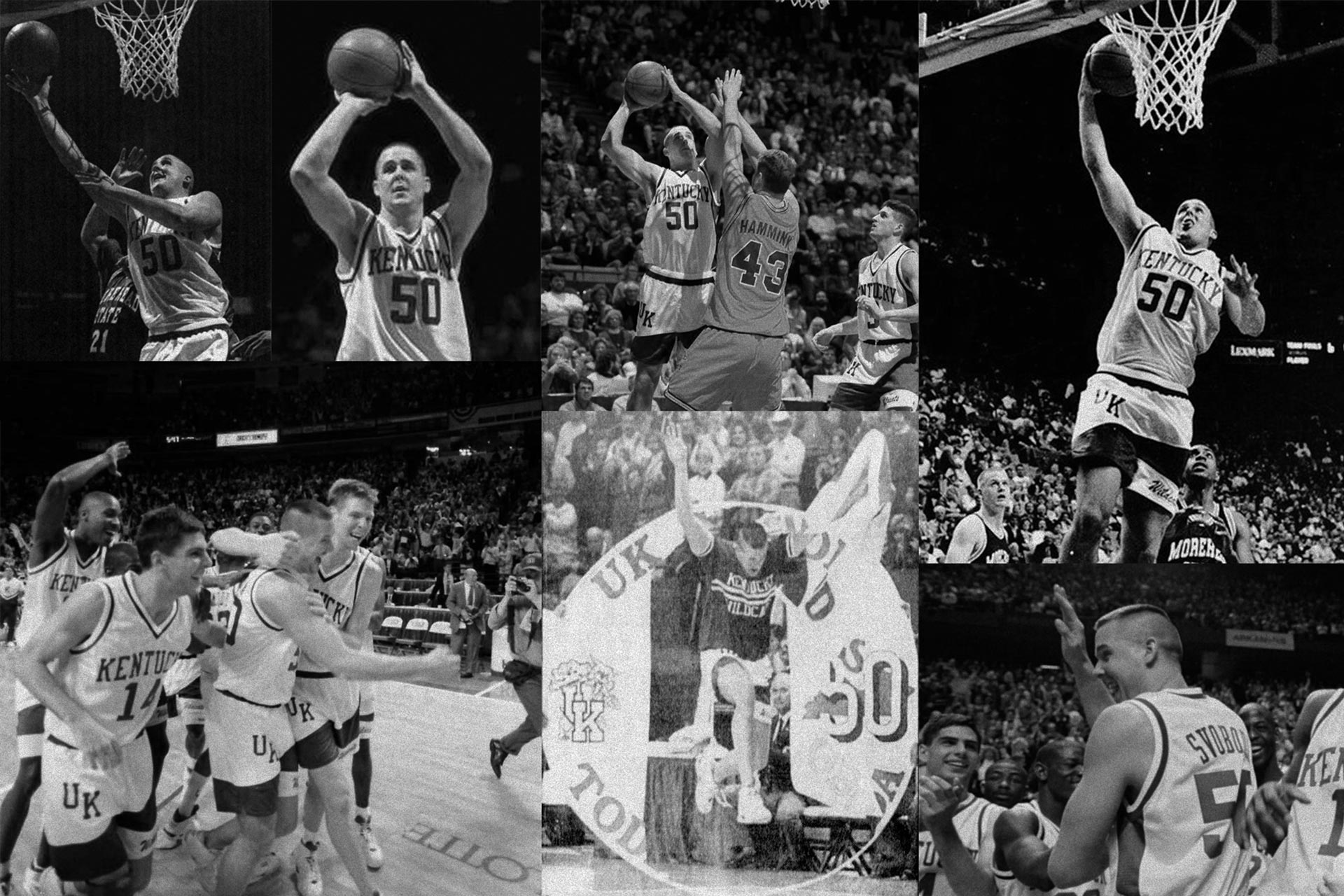 Todd is a former UK basketball player, adored by the Big Blue Nation during the 1993 Final Four season.

Todd had a rare form of cancer called an osteosarcoma: a fast-growing cancer that starts in the bones. Because Markey has a multidisciplinary musculoskeletal oncology program, UK was uniquely prepared to treat Todd’s cancer, though it would require an arduous treatment and recovery.

“Dr. O’Donnell emphasized, ‘This is treatable and beatable, but it’s not going to be easy,’” Todd said. “My goal was to give myself the best chance to survive. And Dr. O’Donnell gave me the game plan to be able to do that. It’s very similar to basketball where the coach says, ‘Here’s the game plan,’ and the team needs to go out and execute it.” 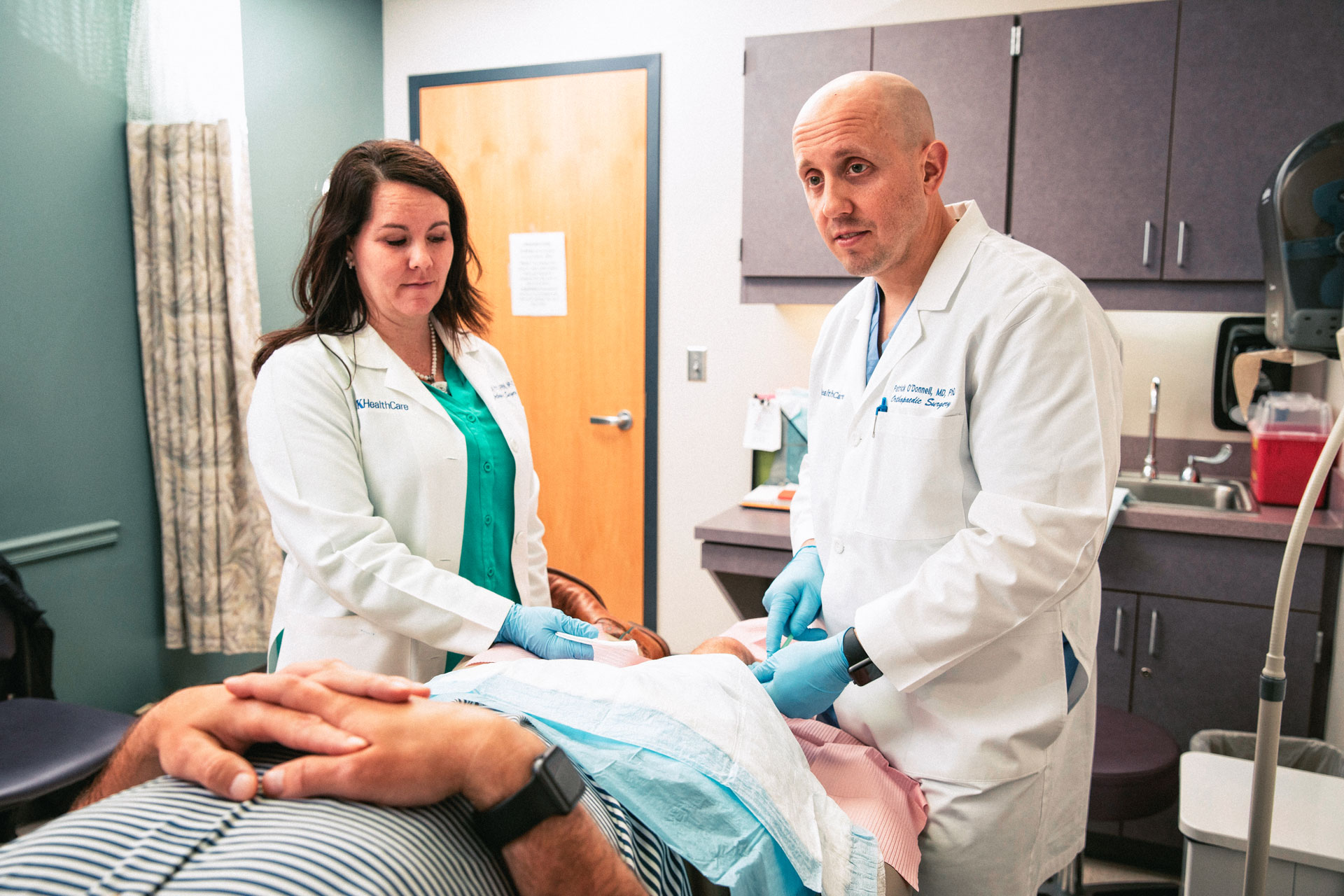 An orthopaedic oncologist and self-described “sarcoma nerd,” Dr. Patrick O’Donnell specializes in bone cancers like the one Todd had.

Dr. O’Donnell’s treatment plan included surgical removal of the cancer and reconstruction of Todd’s femur. Given Todd’s height—6’8”—and the size of his femur, O’Donnell knew the surgery would be unique.

“His bones are so big that we couldn’t do cookie-cutter surgery,” he said. “We had to really think about his case to use all our tricks to get him a leg that he could walk on.” 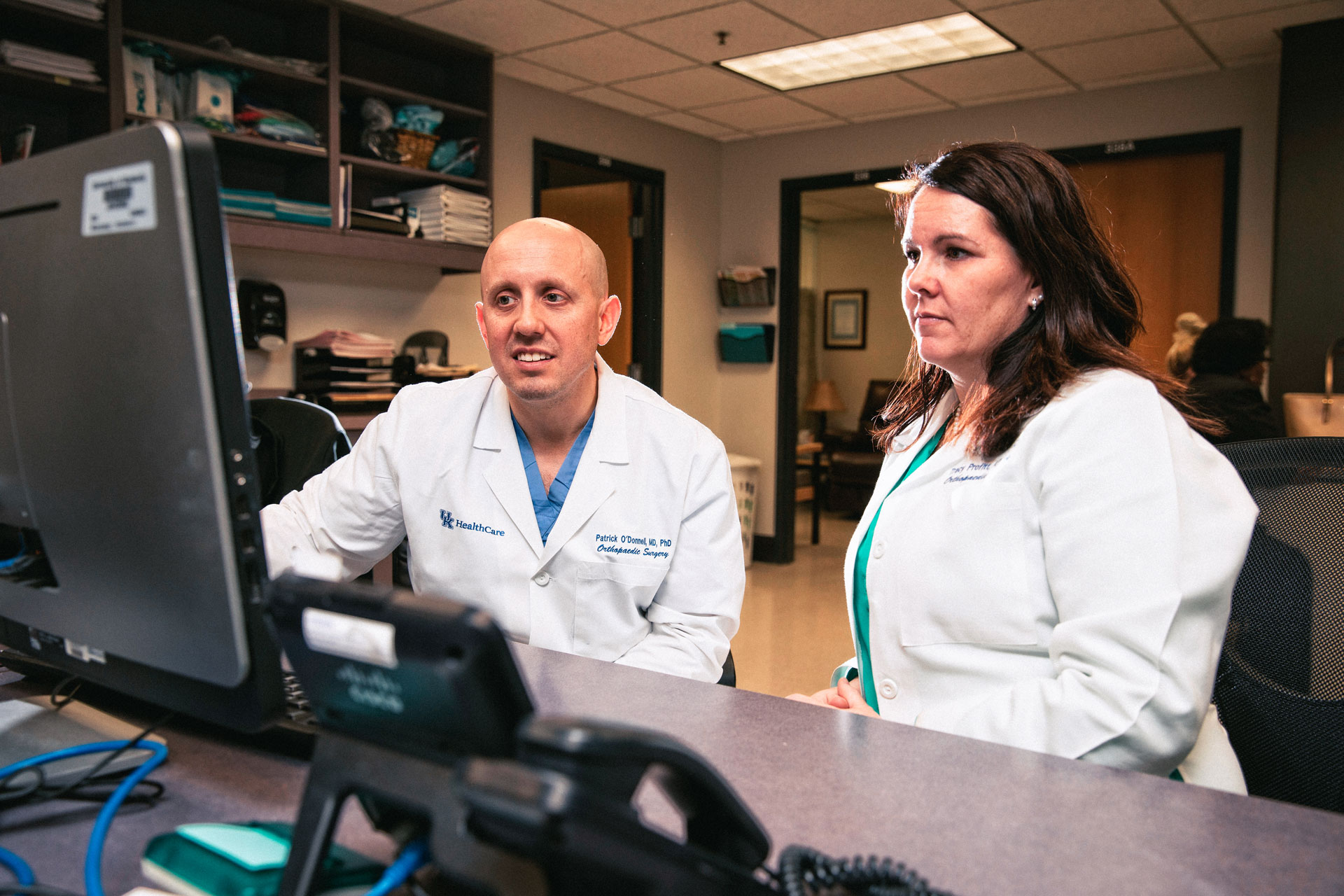 “I can probably name one UK basketball player, and it’s only because I cared for him at the cancer center,” said Dr. O’Donnell.

Following the six-hour surgery, Todd took on a grueling chemotherapy regimen. Dehydration, neuropathy, insomnia and extreme bouts of nausea were all side effects of the treatment. As if that wasn’t enough, Todd was also learning how to walk again on his surgically repaired right leg.

The road to recovery tested Todd’s resiliency, but he credits his close-knit family, his faith and his care team at Markey for helping him get through the hardest challenge of his life. 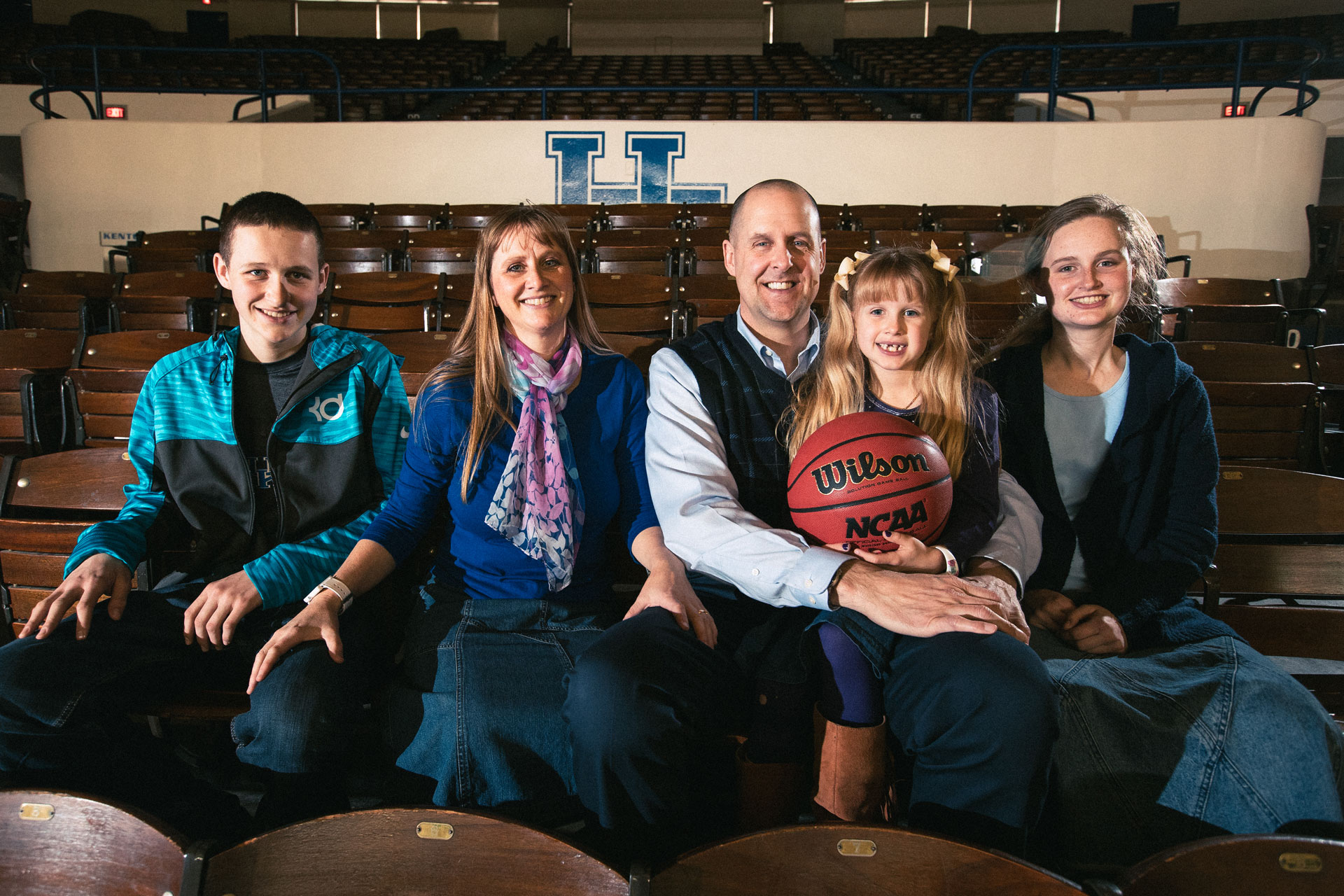 According to Todd’s wife Franci, “there’s really nothing that gives him more of a boost than seeing his kids.”

“Besides being my doctor, I consider Dr. O’Donnell to be a friend, and I cherish that bond that I built with him and his team. UK has invested in my life and I’ve invested in UK. To me, it’s a partnership, and UK has got something special in my heart.” 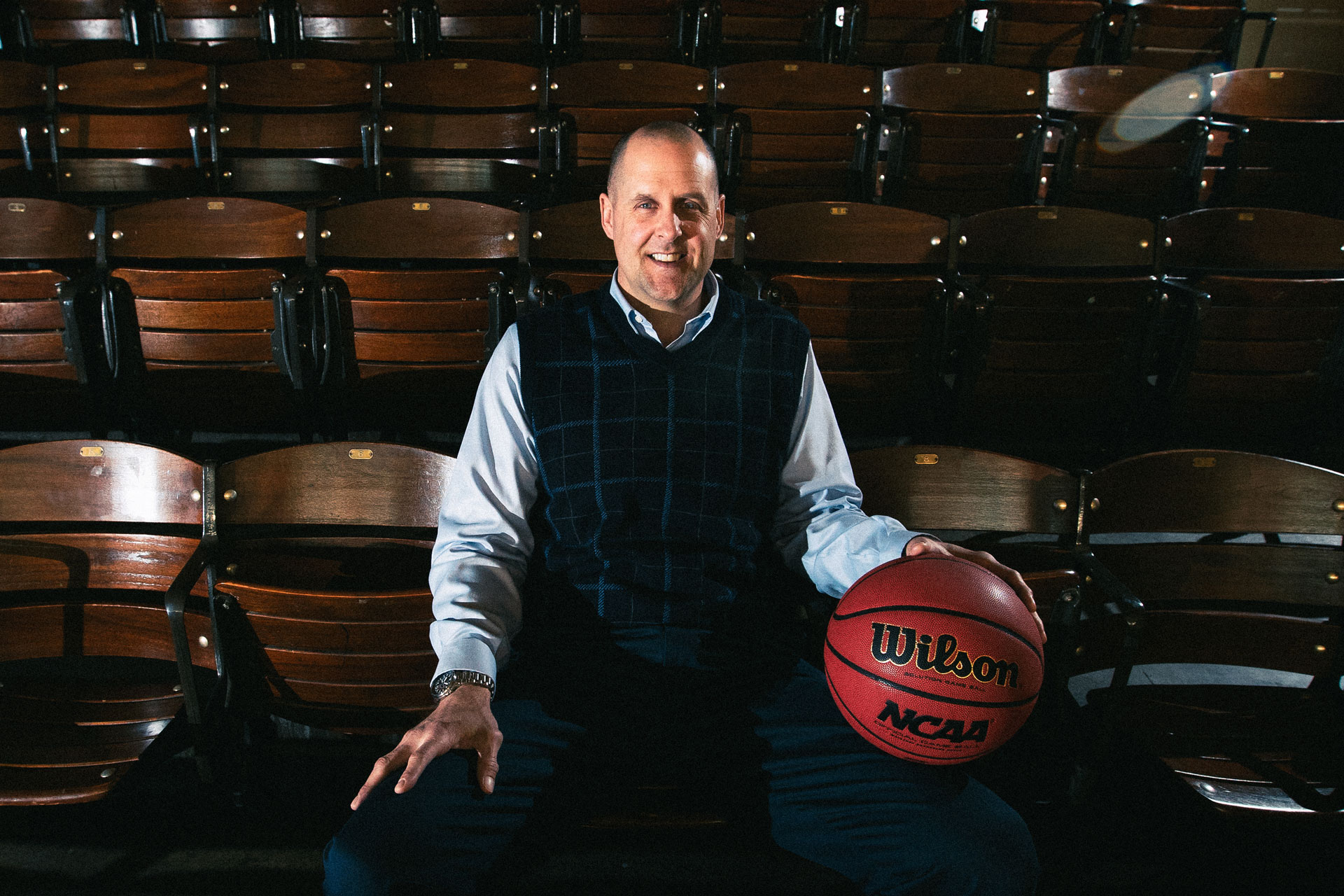 “My goal was to give myself the best chance to survive. And Dr. O’Donnell gave me the game plan to be able to do that.”

READ MORE
“This is treatable and beatable but it’s not going to be easy”2019-07-192020-06-26https://proof.ukhealthcare.com/wp-content/uploads/2019/04/ukhc-logo-white.pngWe Are Proof | UK HealthCarehttps://proof.ukhealthcare.com/wp-content/uploads/2019/07/todd-svoboda-6.jpg200px200px
Contact
Follow Us
© University of Kentucky, Lexington, Kentucky, USA | An Equal Opportunity University | Interpreter Services | Notice of Non-Discrimination | Sitemap

“We are their lifeline to the outside world”Cancer